Winding through pine trees, rounding lakes, and going up and down varied terrain made the time nearly impossible to make at the Carolina International CIC and Horse Trials in Raeford, N.C. Only one pair made it so that it was nearly impossible – not impossible. That pair was Doug Payne and Vandiver, the winners of the Adequan USEA Gold Cup CIC3*.

Debi Crawley’s Vandiver, a 14-year-old Trakehner gelding (Windfall x Visions of Grandeur), started the competition in 12th place on a 29.60 and was the only horse to add nothing to that score to move steadily up the leaderboard to finish on the top.

“Since I lost the win at the 2016 Ocala Jockey Club because I was too slow I have been trying to figure out ways to be more and more efficient,” explained Payne. “[Vandiver] helps me a lot because he is obviously quite smart and genuine so I honestly don’t have to spend that much time preparing. I can come in a little hot, and he is always there to help me out. I am very, very lucky to have him.”

Ian Stark’s CIC3* cross-country course caused its fair bit of problems with 14 pairs not finishing and another seven picking up jump penalties. The coffin and waters rode particularly tough, but problems were spread throughout. “I thought it was a great course,” said Payne. “My first two [horses] out I was thinking ‘this looks a little stiff’ because it was just their second Advanced for both of them. I think it was very fair and rewarded forward, bold riding and I did my best to try and accomplish that. I was totally kicking myself because with Flagmount's Mischief I turned the wrong way in the water so got a 20. It killed my streak – I was almost up to two years without a cross-country penalty and I busted it.”

Payne was in a unique position at Carolina International as he wasn’t just a competitor, but it also a member of the organizing committee so had some insight into the behind-the-scenes. “Every year we are looking to not just make a tiny improvement, but significantly better,” he said. “And there are obviously still spots that could use more improvement, but we are well aware of it and already have plans for next year. I think it is important as a competitor that you come to a competition and know that it isn’t going to be stagnant. They are always looking to step it up. It is a great group and I can’t be prouder to be part of it.”

Vandiver has never won an FEI competition, but he can now cross that off his bucket list which is a good thing as his rider and part-owner, Payne said “I just really hate losing so every place that we go I would like to win them all. That’s my driving factor every day and hopefully that if your process is such that you are continually trying to improve and get better hopefully you have an opportunity to get on a team.”

Liz Halliday-Sharp was sitting in second and fourth heading into cross-country and while she put her pedal to the metal across the country she couldn’t quite move up the leaderboard and finished the weekend in those same spots.

“I said that 15 would be his year and that is the best he has ever gone,” Halliday-Sharp said of Fernhill By Night who finished in second place. “Great job by Doug because I don’t think I could have made the time today. It’s what he needed today – a fast round, but a positive experience. I want a horse for another day. I couldn’t be happier.” The 15-year-old Irish Sport Horse gelding (Radolin x Argentina XII) had one of only eight single-digit time penalty rounds – adding just 7.2 time.

With the top-10 running in reverse order, Halliday-Sharp had to set out first on Deniro Z, the Deniro Syndicate and Ocala Horse Properties’ 10-year-old KWPN gelding (Zapatero VDL x Zonne-Trend) and his round wasn't quite as smooth as his more experienced barn-mate with a dramatic moment at the first water.

“I think there were some issues with the ground in front of the fence because Deniro never leaves a leg and I was pretty happy with the shot I had in,” explained Halliday-Sharp. “It is very unlike him. He is such an honest, amazing horse. I got lumped pretty hard in the face and was kind of seeing double on my way up to the trakehner, so I lost a bit of time because I was trying not to be in “fruit loop” land. Unfortunately I think we could have finished third if that hadn’t happened, but I think I was just a bit too careful. I couldn’t be happier with the horse. He is just such an honest incredible horse. I just love him to pieces.”

Sandwiched between Halliday-Sharp’s two mounts was Felix Vogg and Colero, who added just six time penalties to move up. Vogg is from Switzerland and is spending his first season competing in the U.S.

“He is actually pretty green,” Vogg explained of the 10-year-old Westfalian gelding (Captain Fire x Bonita). “My plan for this year was to come [to the U.S.] to prepare for WEG so he has a little bit more time because at home it is snowing and the shows are all canceled. So I am quite happy I am here.”

In addition to Vogg never having been to Carolina before, Colero just moved up to the three-star level last fall and only has had one clean run at the level. “The course for me was quite tough in different ways – all the woods and everything,” said Vogg. “But I think that Ian Stark did a really good job. The questions were really clear for the horses and forgiving. From the beginning on I had a quite good feeling. He really wanted to go, and I thought at first I was a little bit slow, but at the end he came out actually quite fast. I could have maybe tried a bit more but my first goal was to prepare him for the WEG, so didn’t want to go too fast because he is going to The Fork in two weeks.”

Following his run at The Fork, Vogg and Colero will be returning to Europe to finish his qualifications and hopefully return to represent Switzerland at Tryon in the Fall.

While it was overcast and unseasonably cold all day, the Advanced definitely got the short end of the stick as it rained the entire division. No one made the time, but William Coleman came the closest on his two mounts and currently sits in first and third on Off The Record and Tight Lines respectively.

Owned by the Off The Record Syndicate, the 9-year-old Irish Sport Horse gelding (VDL Arkansas x Drumagoland Bay) has had great success at the two-star level, but this is his first Advanced run. “I’ve had him since he was 4-years-old, and every time you move a horse up to Advanced you see a little more of what they’re made of,” said Coleman. “I couldn’t be any more impressed with how he ran today. It was pissing down rain. Three- and four-star horses were bombing out at the water and he was just really superb the whole way around.”

Off The Record scored a 31.10 in dressage and sat in fifth place and despite adding 14.40 time penalties he moved all the way up to first. “I’m not going to put any ceiling on him,” continued Coleman. “At the moment he needs to continue to develop. I’m impressed with the blood he has on cross-country and his gallop. He’s a bit of a beast and just continues to get better.”

As for his more experienced partner, Tight Lines, an 11-year-old French Thoroughbred gelding (Turgeon x Merindole), owned by the Conair Syndicate, Coleman said, “He’s one of the best cross-country horses I’ve ever ridden. He’s incredibly fast. I went out with a little bit of a plan to be steady, but he wants to go for time every time he goes out on course. He was great. I really have no complaints other than I hope he stops pulling my arms out! He lives for the cross-country. It’s a work out, but a very cool feeling.”

The Advanced finishes off their weekend with show jumping tomorrow morning at 9:00 a.m. 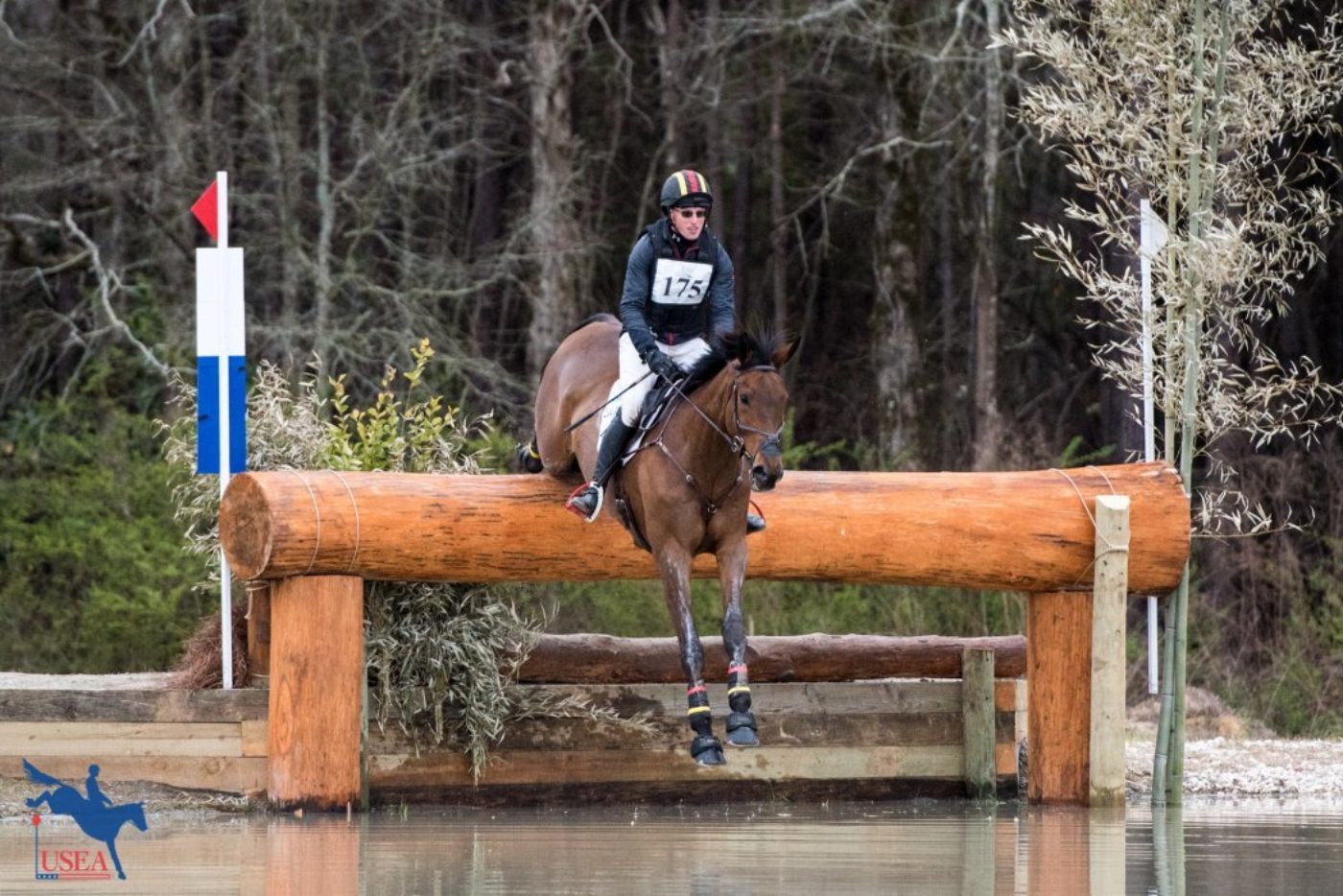 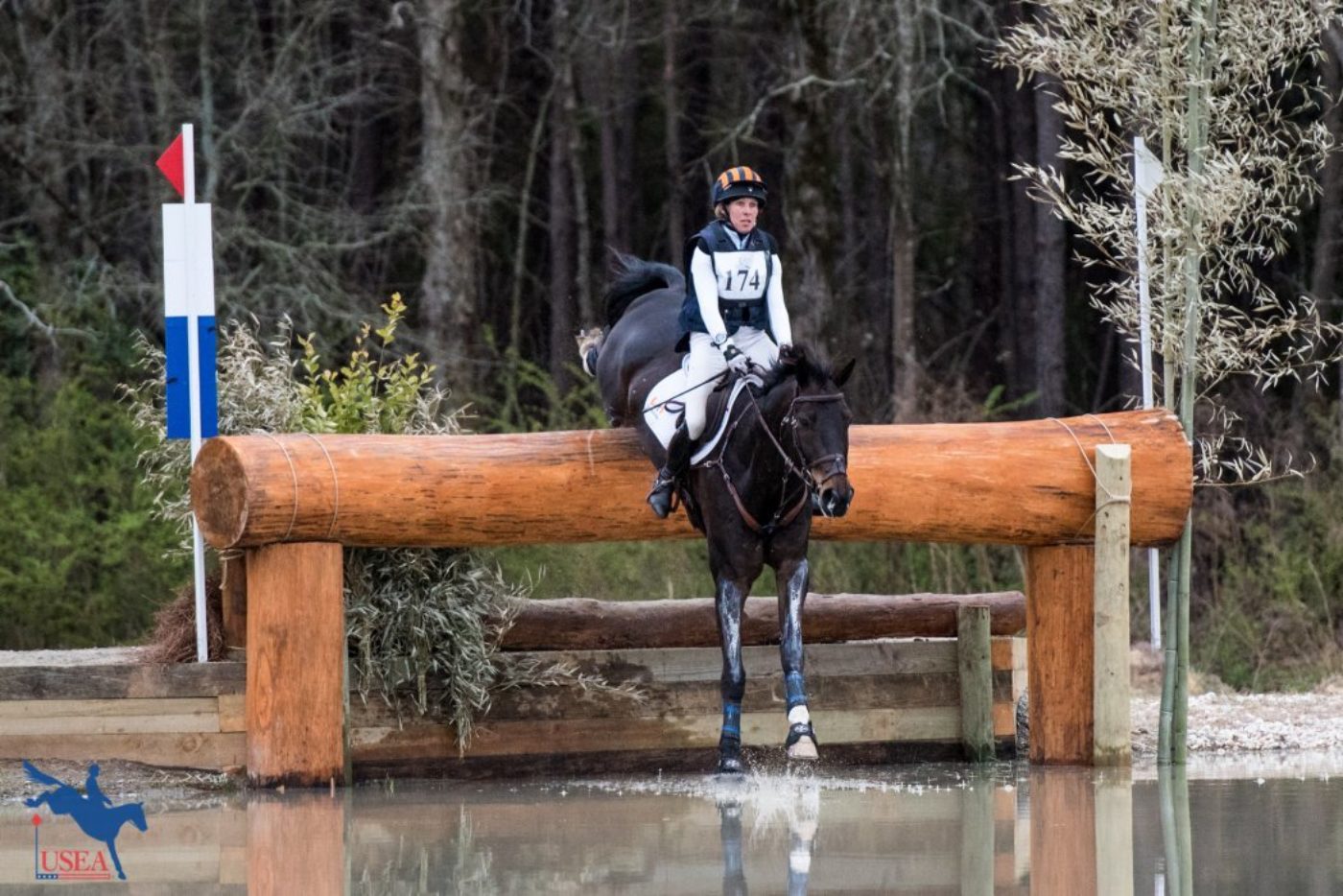 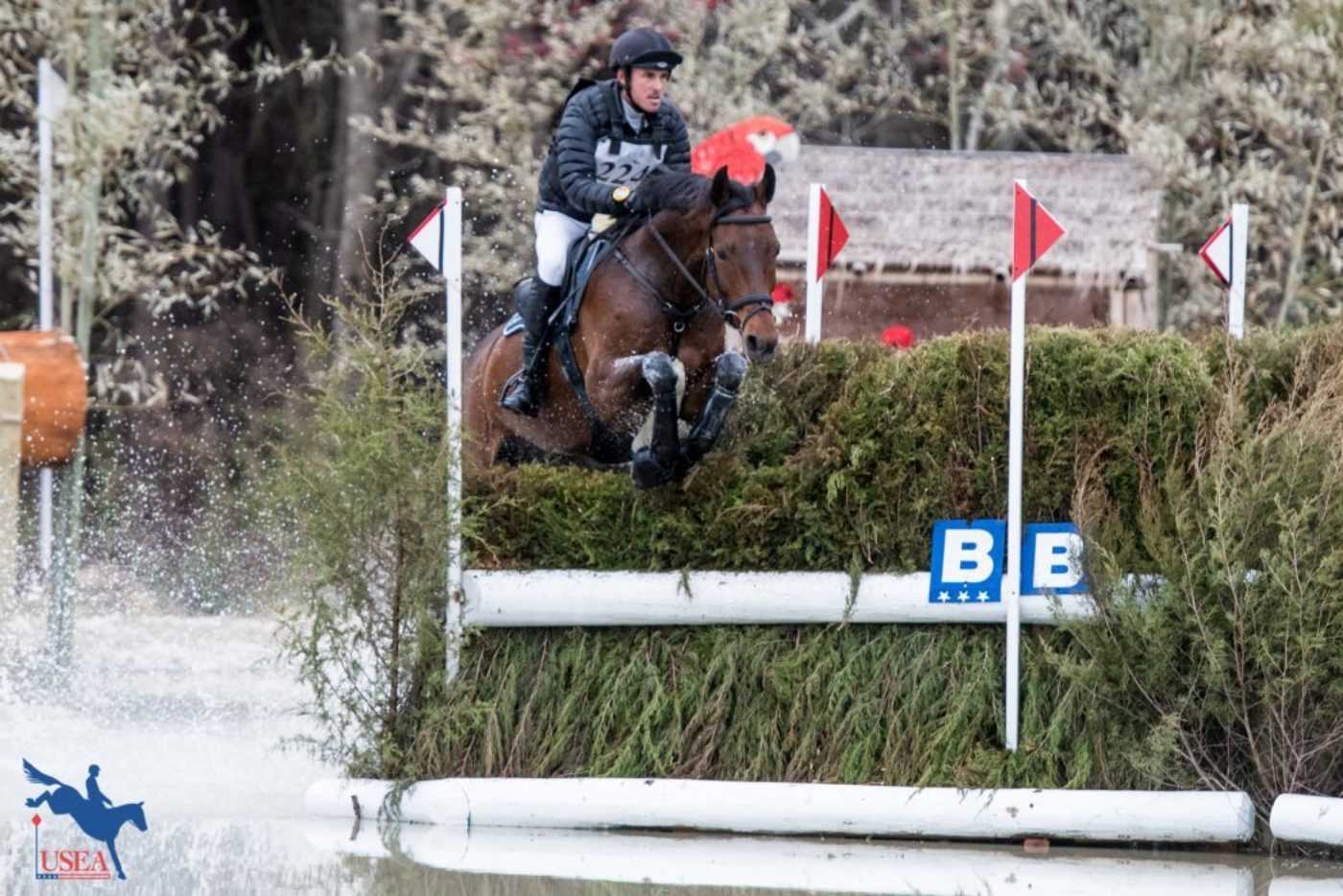 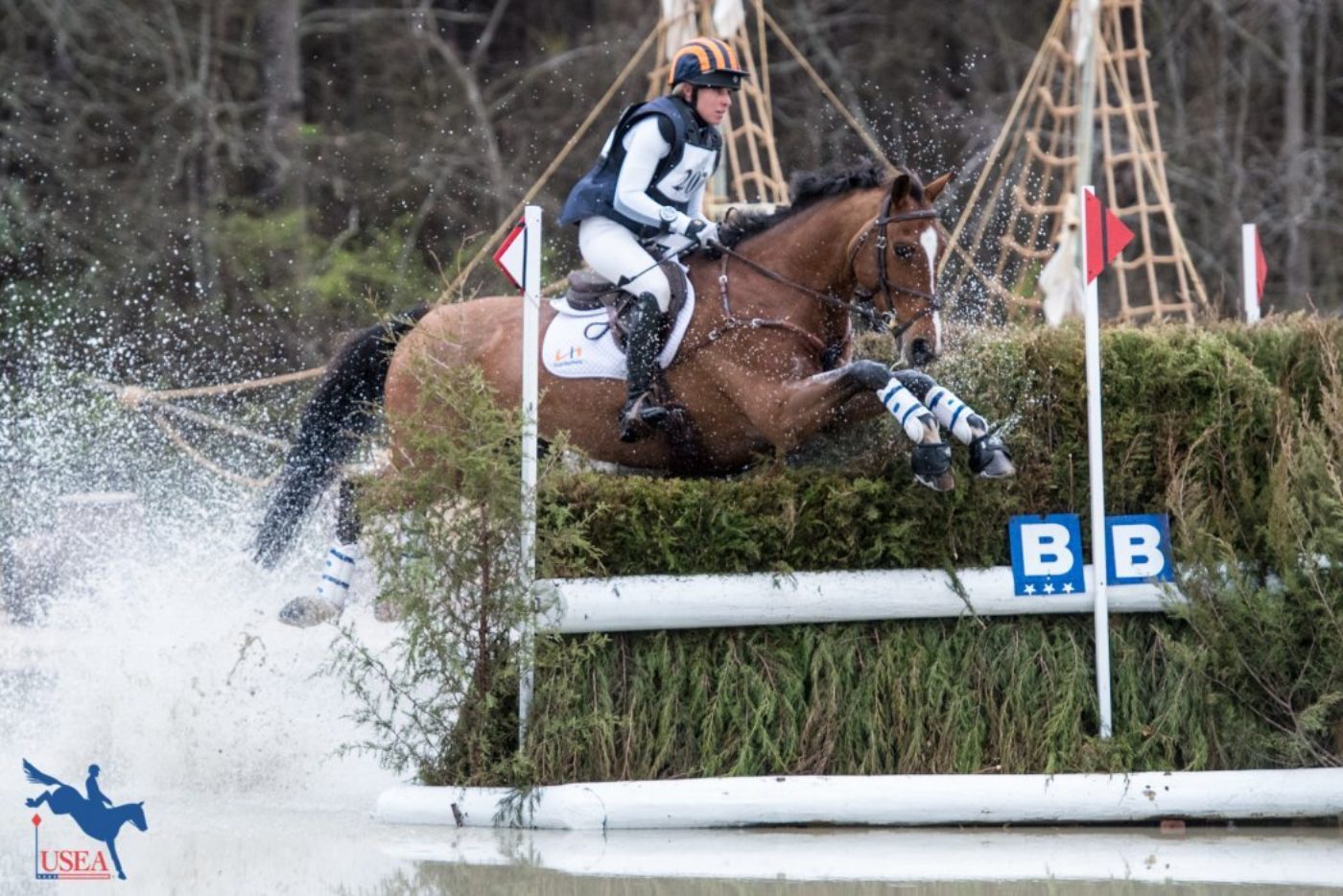 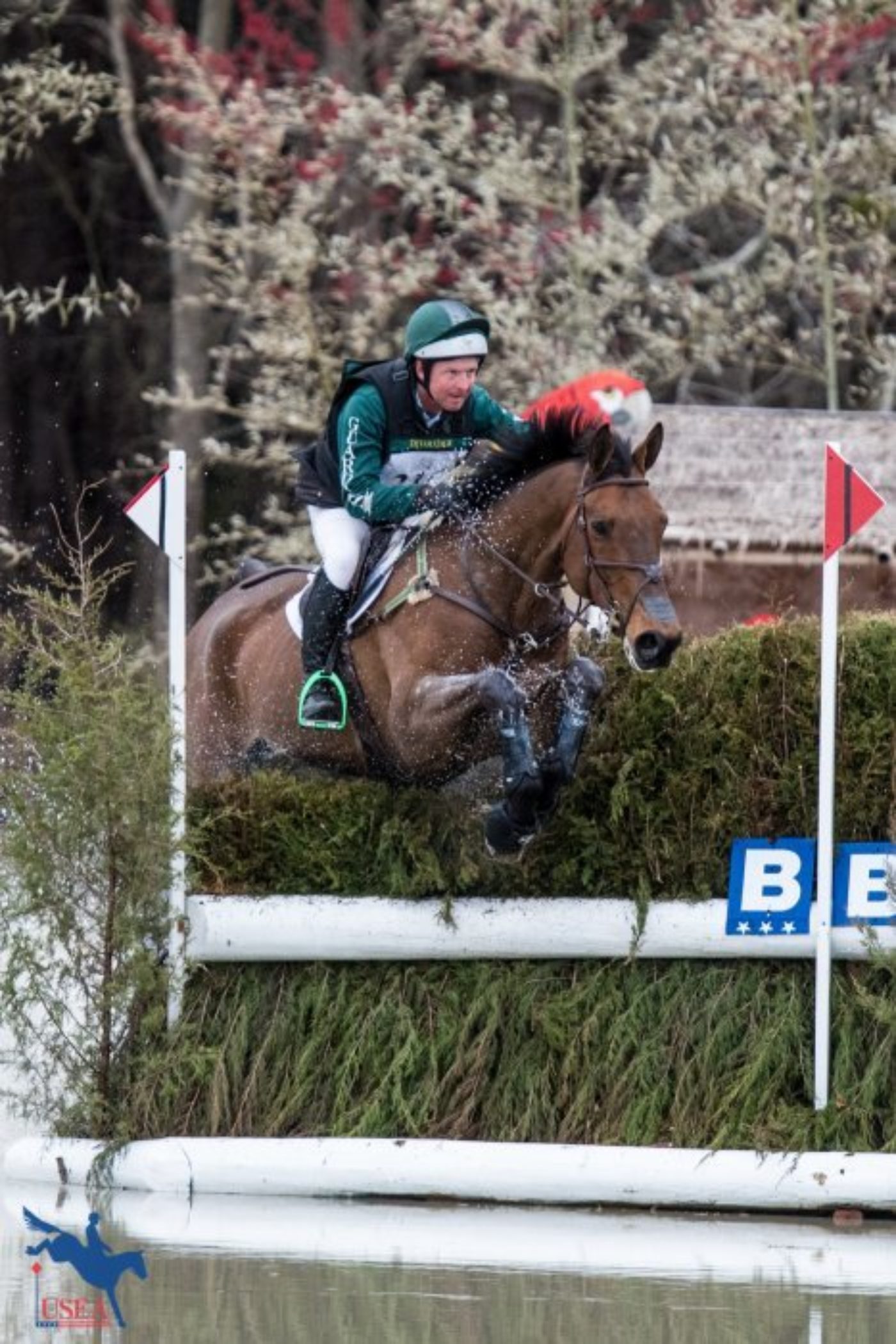 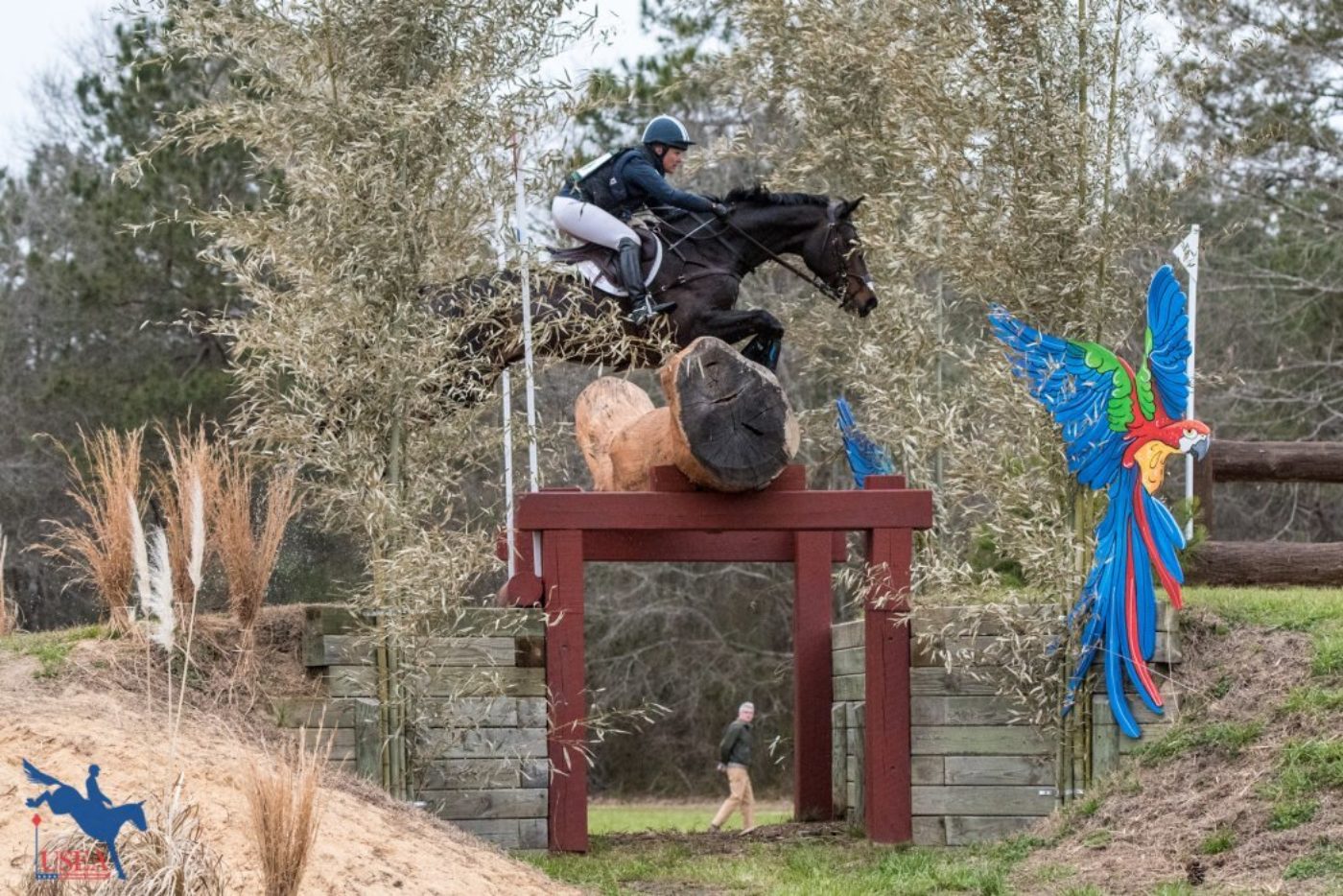 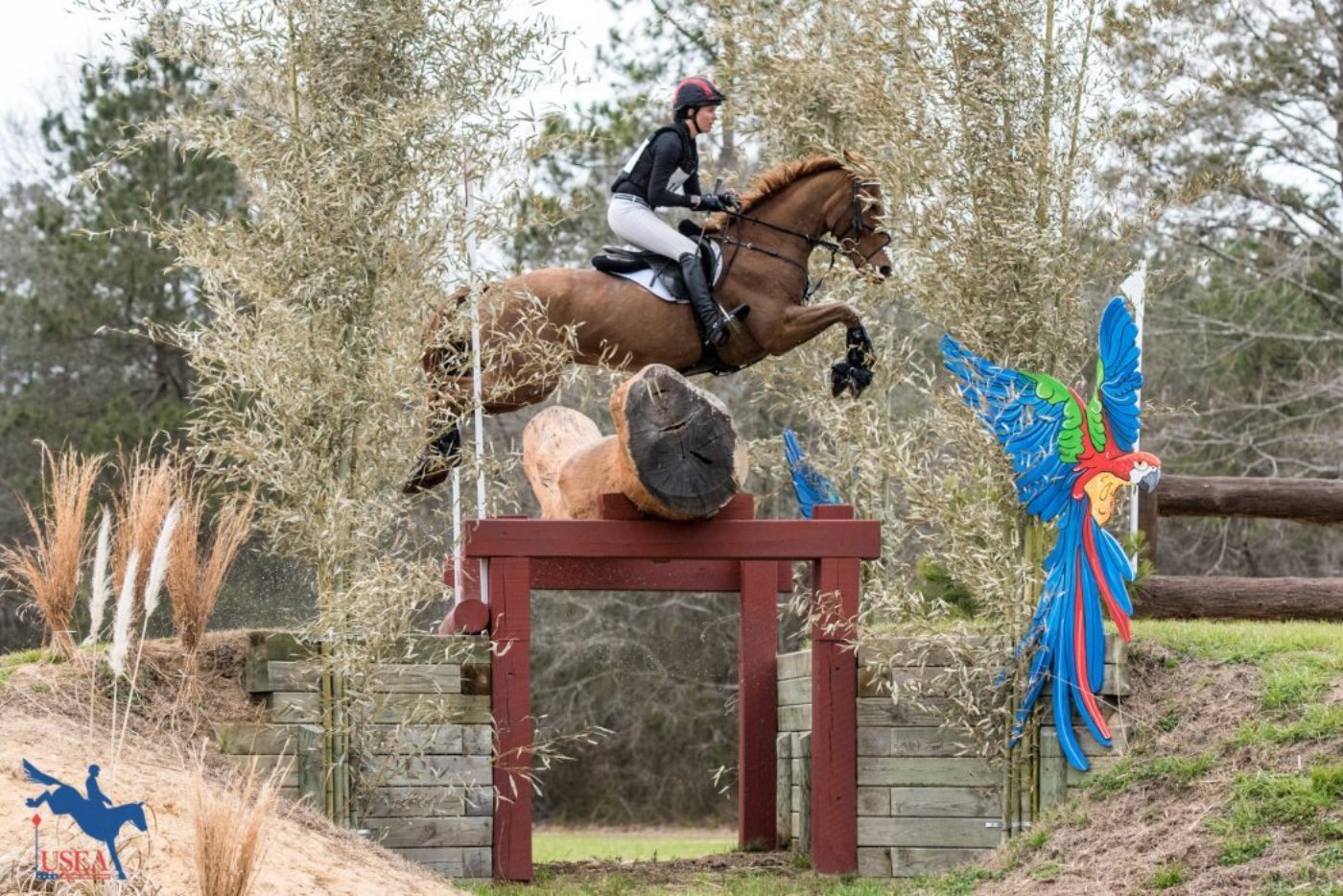 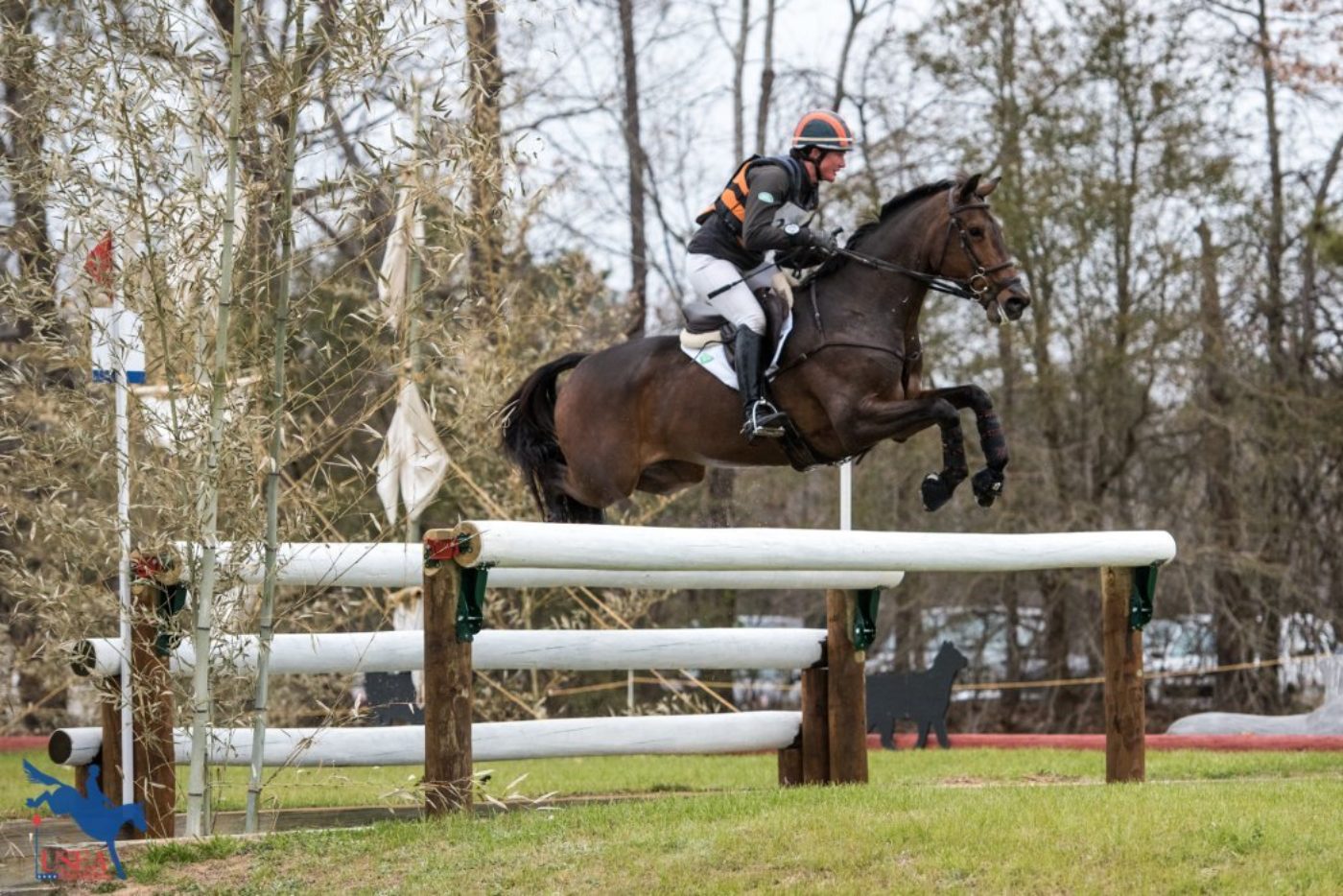 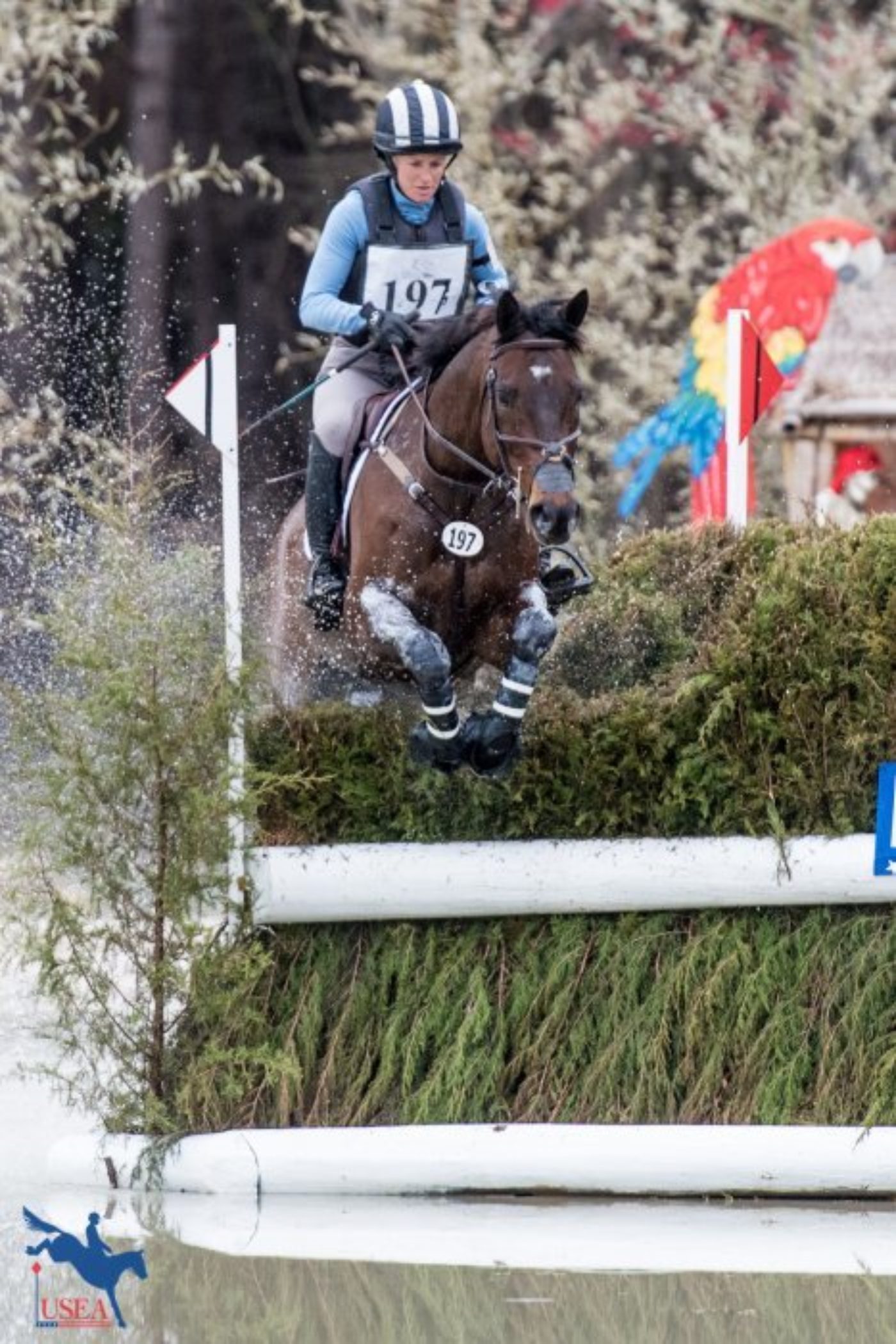 On this episode of the Equiratings Eventing Podcast, show host Nicole Brown talks to Pan American Games gold medalist and U.S. team stalwart Boyd Martin about his career to date, highs and lows, and coming back from injury.

On Monday, March 8 at 5:00 p.m. Eastern, USEF will host a member webinar providing updates on the impacts of the case of EHV-1 (neurological) reported in Ocala, Florida. This case is similar in nature, but unrelated to the neurological strain of EHV-1 impacting Valencia (ESP) and other European countries.

The Entry Fee is Only the Beginning: Part Two

As competitors rise through the levels, they often see the costs associated with competition rise and, unfortunately for most organizers, this can’t be avoided. With fewer competitors requiring more jumps, officials, footing management, etc., the expenses for running higher levels – especially FEI – are greater than lower levels.

Pressure Proof with Daniel Stewart: The Anxiety Cycle is not a Bike!