Elinor MacPhail O’Neal and Sally Crane’s 13-year-old Holsteiner gelding RF Eloquence (Contender x D-Ginger) put in the second-fastest ride of the division on Hugh Lochore’s cross-country course this afternoon, picking up just 7.2 time penalties and finishing on a final score of 38.7, which was ultimately good enough to take home the win in the Adequan USEA Gold Cup Advanced division at Chattahoochee Hills.

“I was really happy with him,” said MacPhail O’Neal of her trip aboard RF Eloquence this afternoon. “I came out of the box and he was really forward. I even came to the first fence and he said, ‘I’m going for this one,’ and I was about to be like, ‘No Bobby, wait,’ but then I decided okay, let’s just see what we have. So I really let him test the pace coming out of the box and I really think he made up some time that he usually doesn’t get at the galloping fences; I didn’t have to set him up as much. That was really exciting going into Kentucky.” As their final prep run before heading to the Land Rover Kentucky Three-Day Event, MacPhail O’Neal used the run to check on RF Eloquence’s fitness and found that he had plenty of gas left in the tank at the end of the six-minute course.

Earlier this year MacPhail O’Neal changed RF Eloquence’s bit for a softer snaffle as part of her efforts to encourage him to stretch his neck out more. “That was really helpful in terms of getting his frame better. He likes to curl, and that’s always hurt us cross-country, so we decided to really work on getting his frame out and longer. The snaffle really helped with that, but when I went out of the box at Carolina my arms were already numb, so I tried a new pelham here. It’s still a very soft waterford so it’s really exciting that he goes in that.”

“He was really good,” said Davidson. “I don’t know how they have him as the one of the slowest horses in the division. For me he was my fastest one, but it is what it is. You’d like to win, but he was very good. He did it easily.”

“It was great to have ground like this,” commented Davidson. “They’ve been working really hard at it and I said to Hugh [Lochore], ‘I think there will be a lot more people here next year.’ It’s just nice to get out and gallop. You go to Florida, and then you go to Carolina where you feel like you’re on a motorbike whipping around, so it was nice. A good final prep for Kentucky.”

Davidson’s second ride in the Advanced, Approved Power, finished in fourth place, adding just 4.8 time penalties to his overnight score of 42.6 “Approved Power has been off for a bit and I thought that he was fantastic.”

Advanced level rookies Lily Geelan and her own and Mary Beth Geelan's 16-year-old Polish Warmblood gelding Luksor ((Efez x Lektura) had a great first outing at the level, adding 8.8 time penalties to their dressage score of 37.7 to climb the leaderboard from sixth place to third.

Geelan and Luksor have been together for three years and have accomplished quite a lot together, moving up the levels together and competing at the North American Junior/Young Rider Championships in the one-star division in 2016 and the two-star division last year, where they won team gold. “It’s my first Advanced and his first Advanced,” explained Geelan. “He was really good. He was so honest at everything. The course looked really good, I was really excited to ride it, and we didn’t have too much trouble doing it . . . He’s just been a superstar.” Geelan and Luksor have tentatively set their sights on the CIC3* at Jersey Fresh International next month.

Two of the ten riders in the Advanced division ran into trouble on Hugh Lochore’s course this afternoon. Jonathan Holling and Sportsfield Two Doors Down were eliminated for three refusals incurred at the jumps into first and second waters: two refusals at 4A and one refusal at 10. Alexandra Knowles and Sound Prospect parted company at fence 4B, the boat out of the first water, but were both unhurt.

Full scores from the Adequan USEA Gold Cup Advanced can be viewed here. 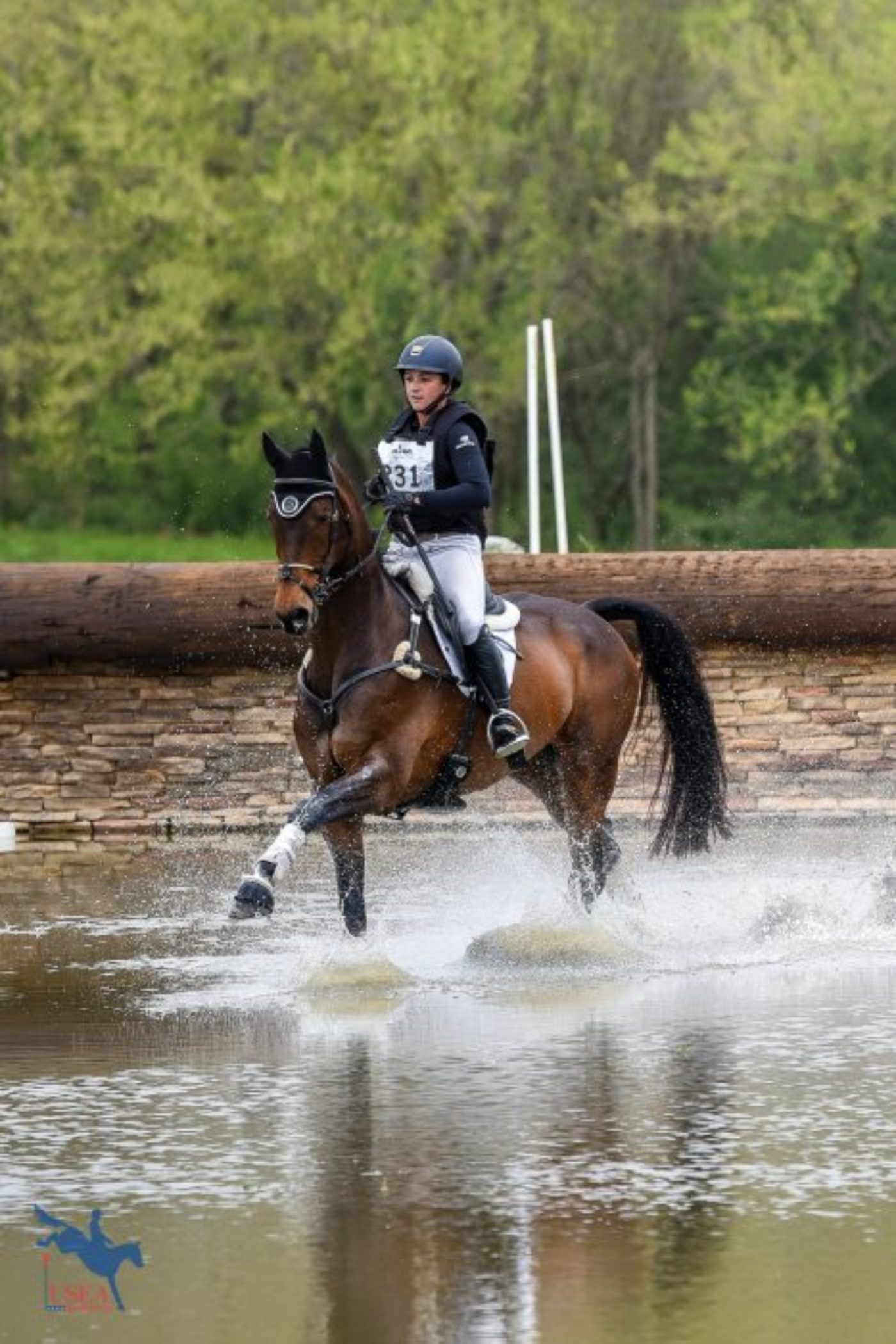 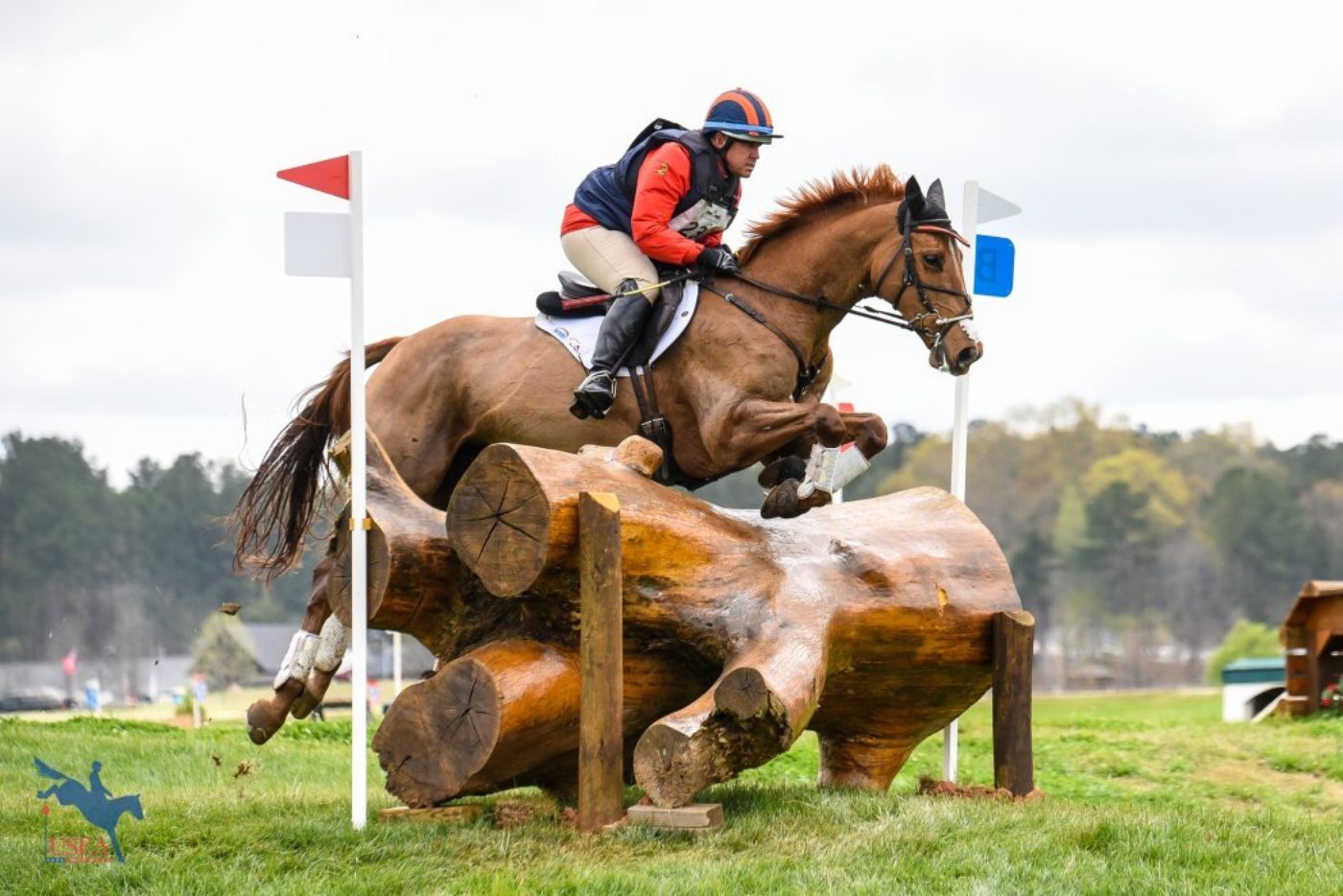 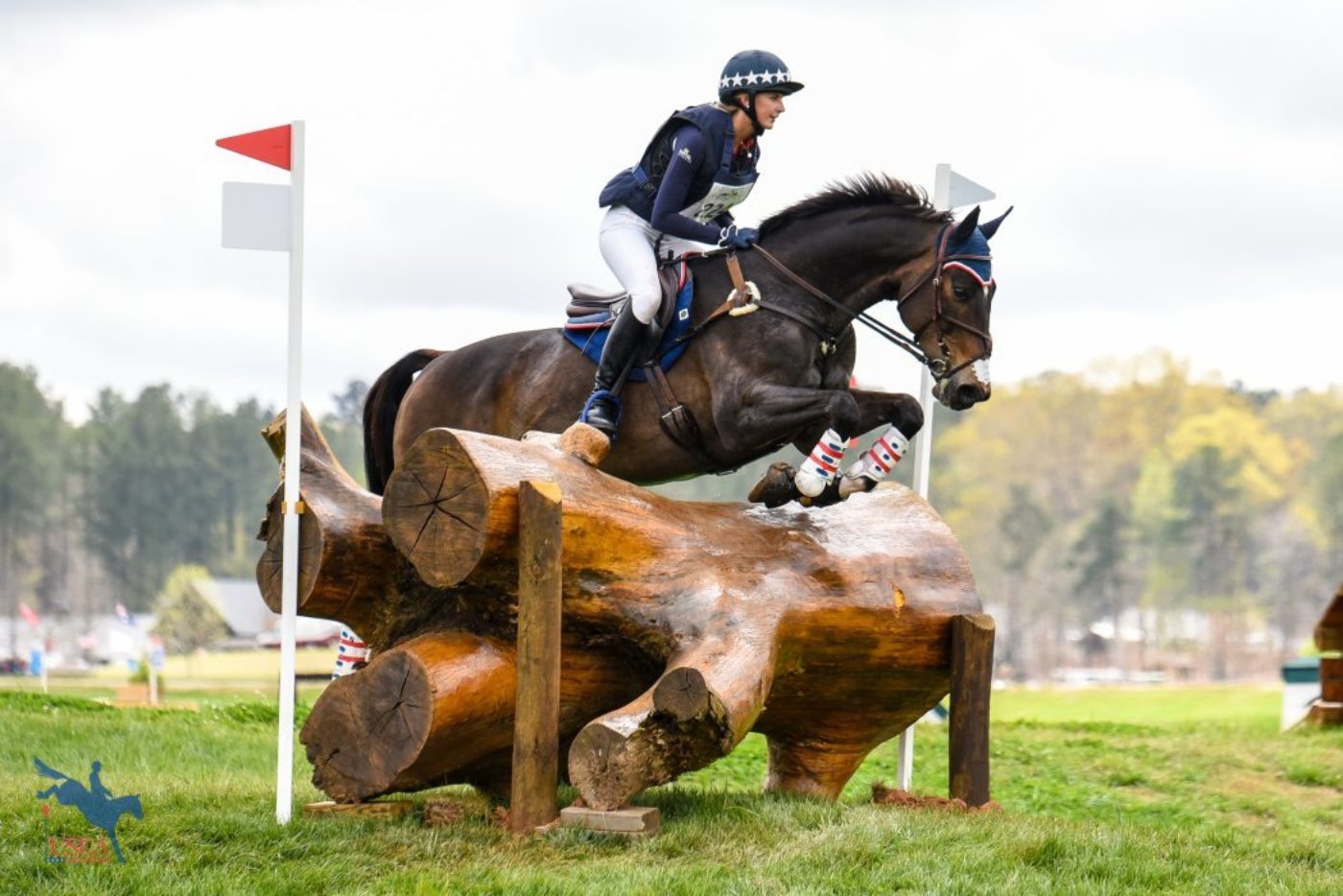 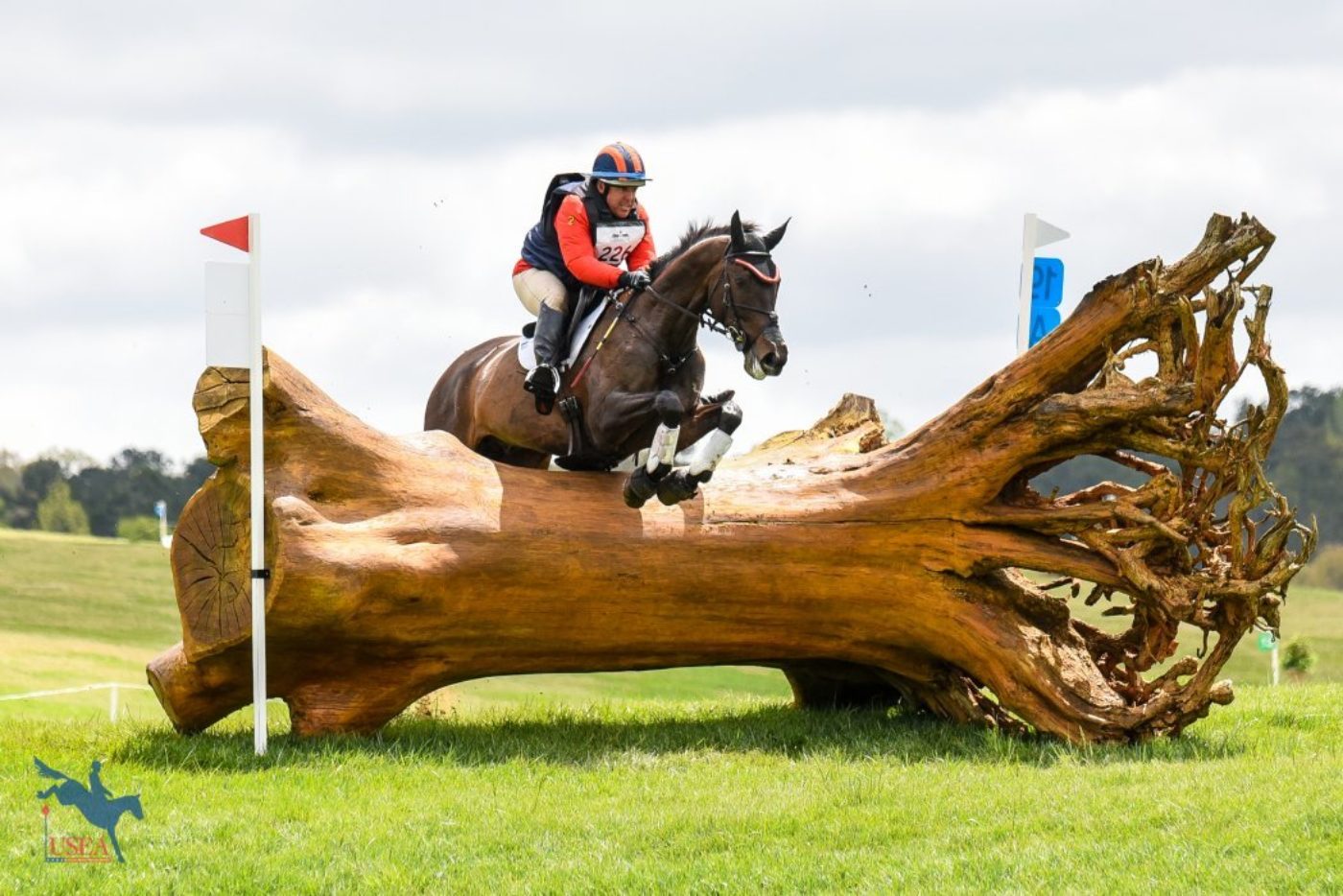 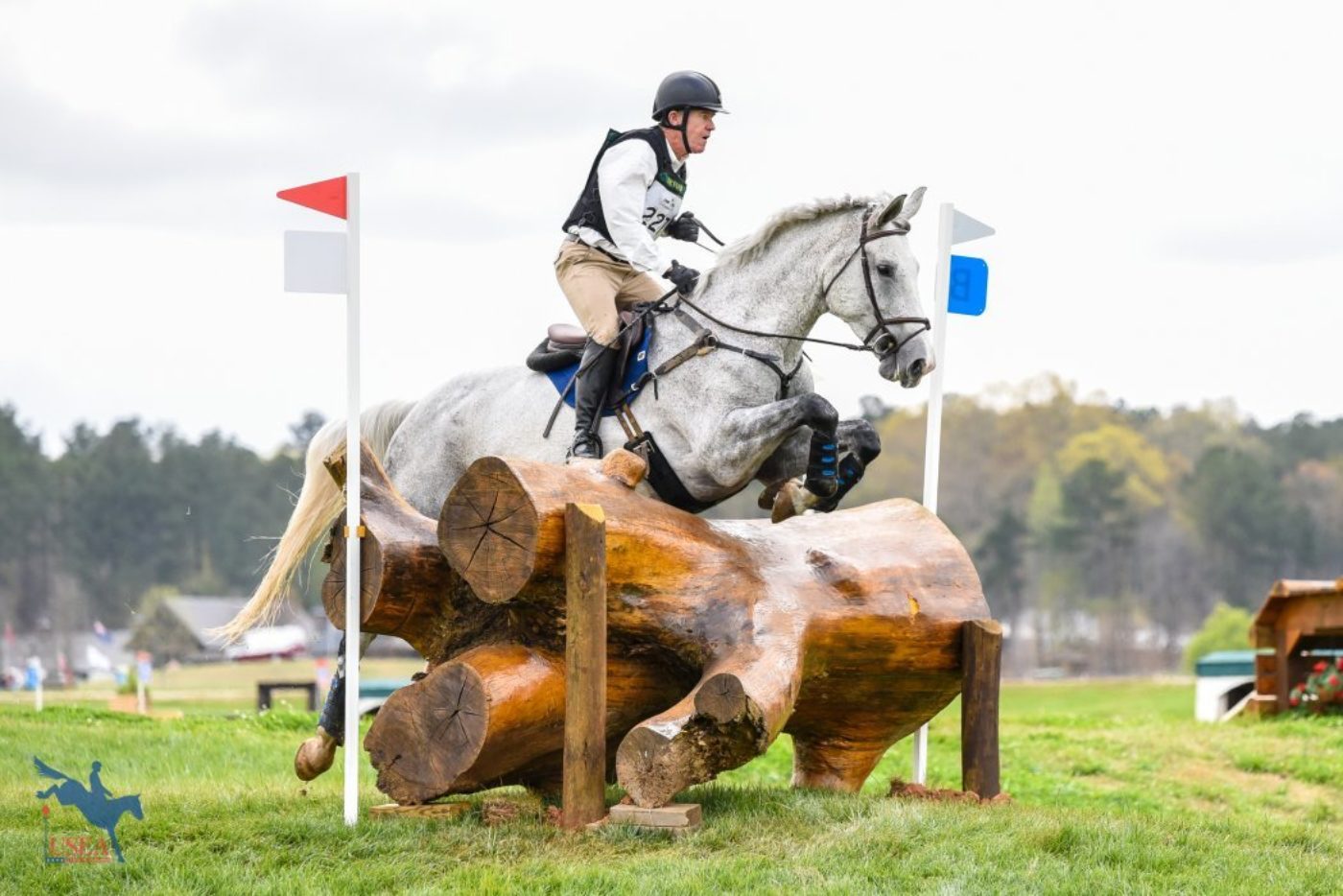 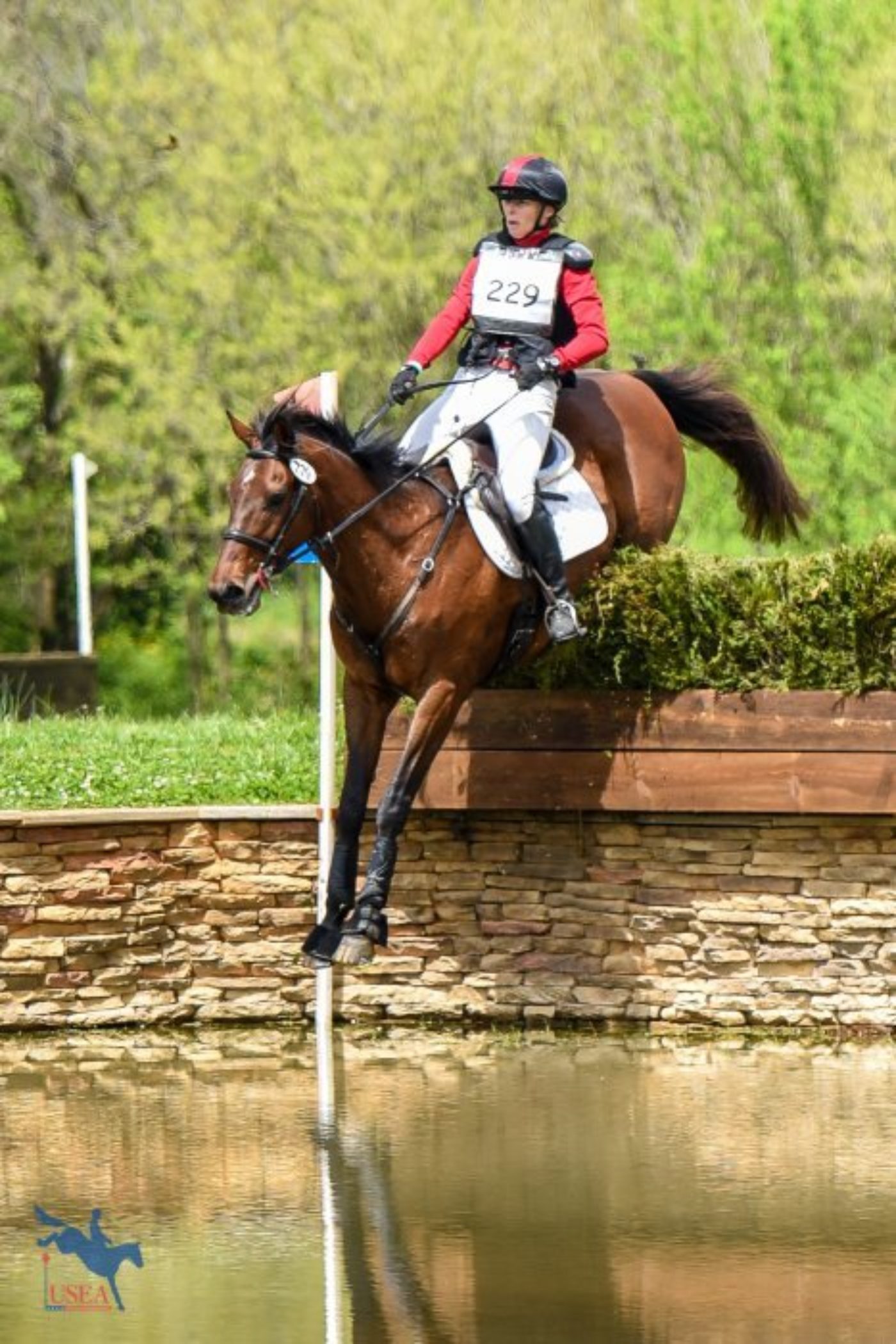 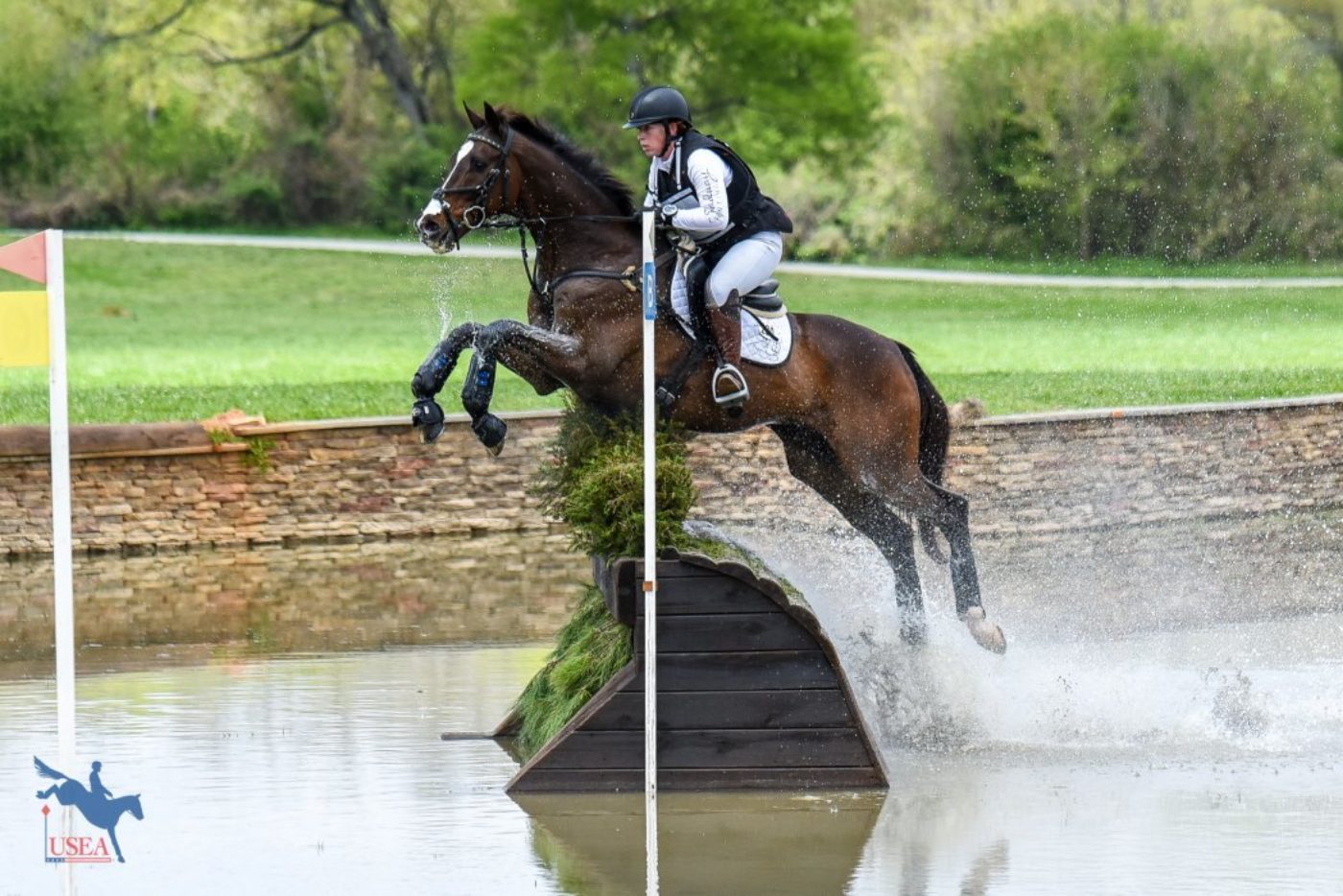 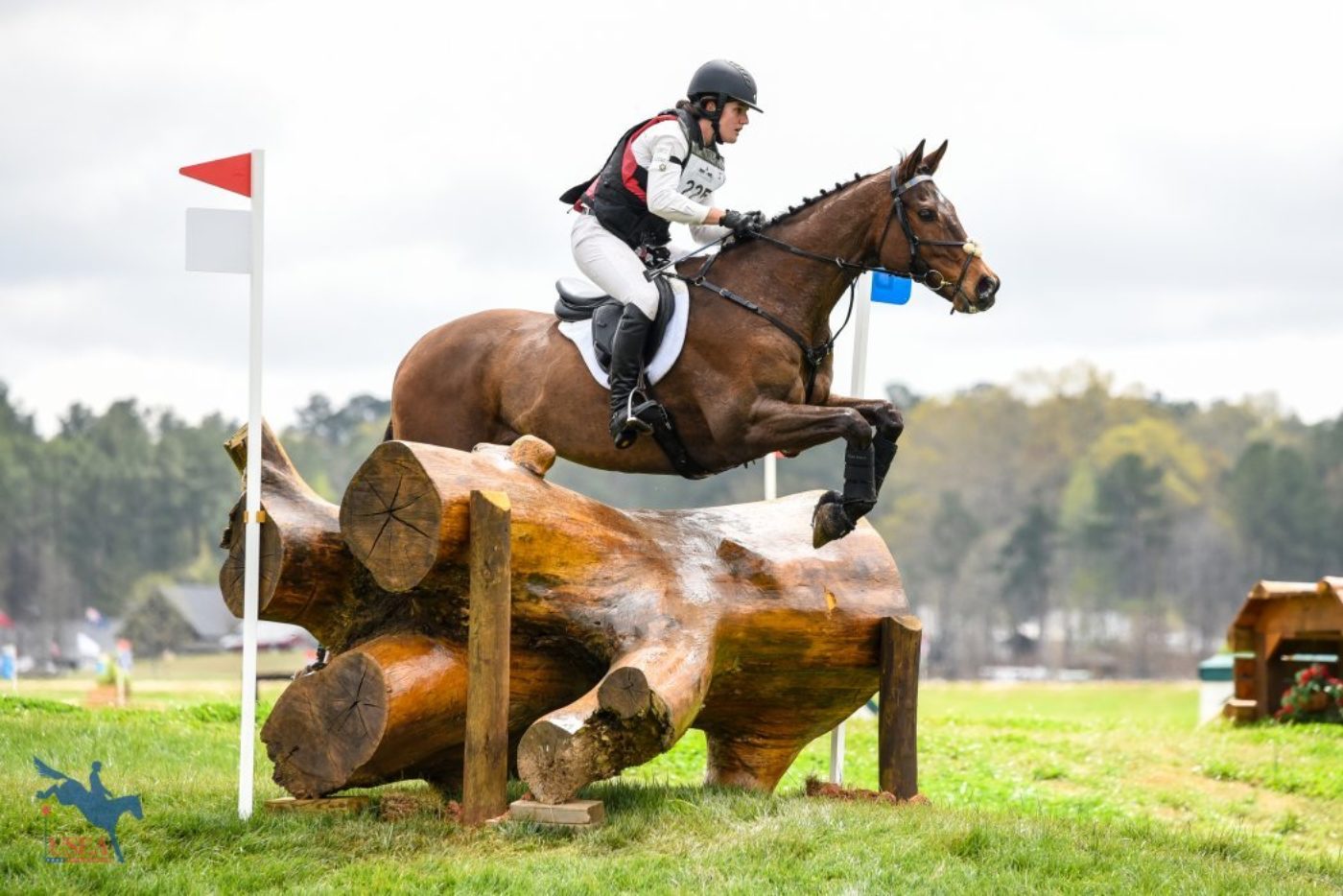