Twenty-five horses in the 48-horse field competing the 2018 Millbrook Horse Trials Adequan USEA Gold Cup Advanced division took their turn in the sandbox this afternoon at Coole Park Farm in Millbrook, N.Y. Boyd Martin and Long Island T (Ludwig von Bayern x Haupstsbuch Highlight), the Long Island T Syndicate’s 12-year-old Oldenburg/Thoroughbred gelding, scored a 22.9, their career best at the level, to sit in first place after the first day of dressage. Martin and “Ludwig” are hot off a win in the CCI3* at Jersey Fresh International in May and Millbrook is their first stop on their way to compete in the Fair Hill International CCI3* this fall.

"I love riding this horse in the dressage,” said Martin. “He’s just one of these horses that lifts up and finds another gear when there is atmosphere and excitement. He makes you feel like you know what you’re doing. He gives you such a nice feel in the ring, so you can concentrate on the tiny details."

“He’s such a professional,” commented Kozumplik Murphy. “I pushed him a little bit – I was trying to get a little bit more excitement and be a little braver. At Bromont I did a little too much, so I was trying to tone it down a tiny bit. The only thing I would say [about today’s test] is that I should have [added] a little bit more fire back into it . . . I can’t actually describe how nice it is to go around the arena knowing that you have a horse that’s going to actually try to do a good job.”

Rounding out the top three are Doug Payne and Getaway, Lisa Wall’s 11-year-old Oldenburg gelding by Contendro, on a score of 25.4. Payne has had the ride on Getaway since spring of 2016 and has produced the horse from the Preliminary level on up. The pair most recently finished sixth in the CCI3* at Bromont and just received a Land Rover/USEF Eventing Competition Grant to represent the United States in the FEI Eventing Nations Cup Boekelo CCIO3* in October.

“This was his first test back after Bromont and this was a great start as we are ramping up for Boekelo,” said Payne. “His dressage is a continuous progression. Given a little bit of time, he’s going to be pretty difficult to beat [in dressage]. He’s an incredibly special horse. I’m lucky to have the opportunity to ride him.”

The remaining 23 combinations will complete their dressage tests in front of judge Robert Stevenson tomorrow morning beginning at 10:34 a.m. Click here to see the scores so far. 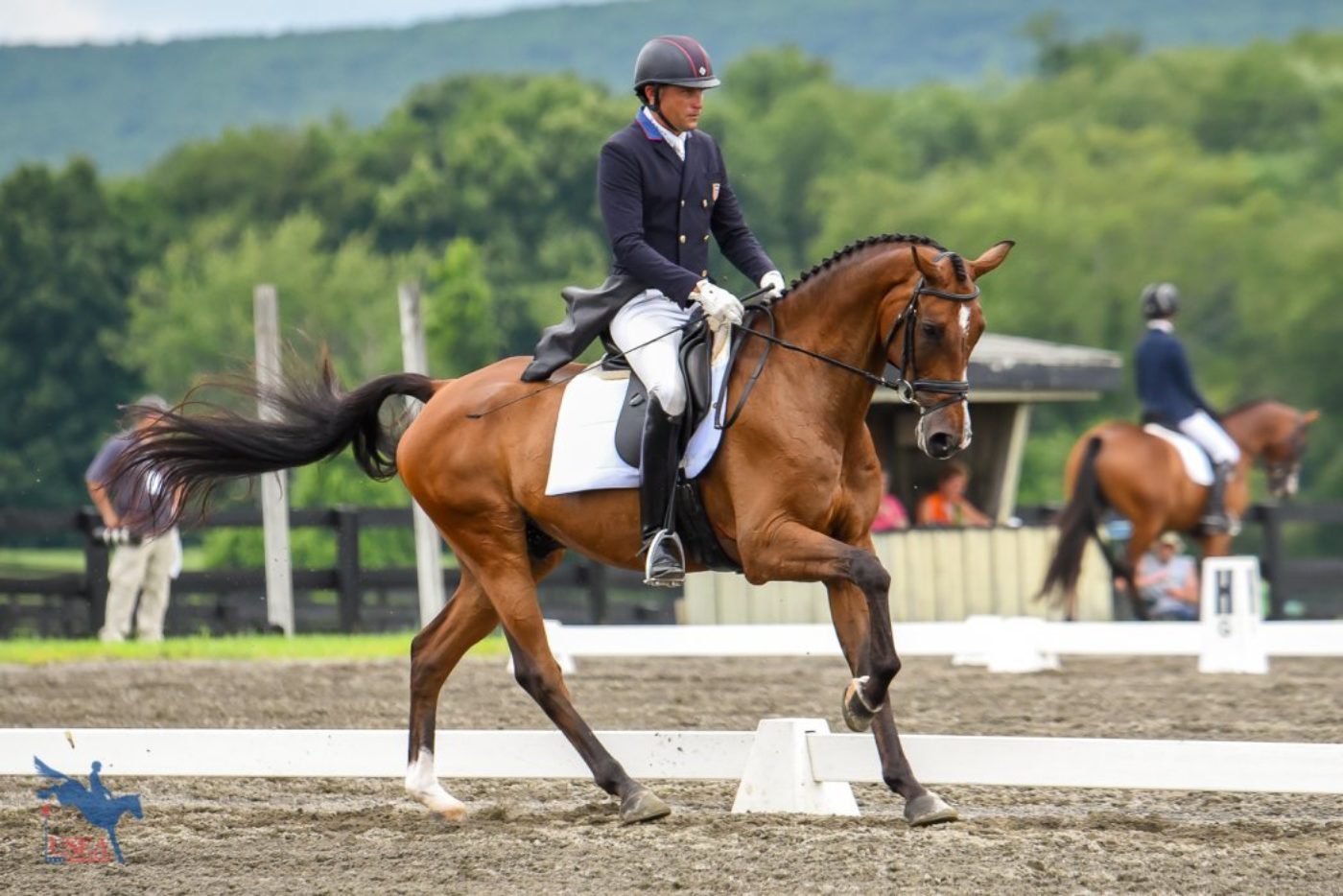 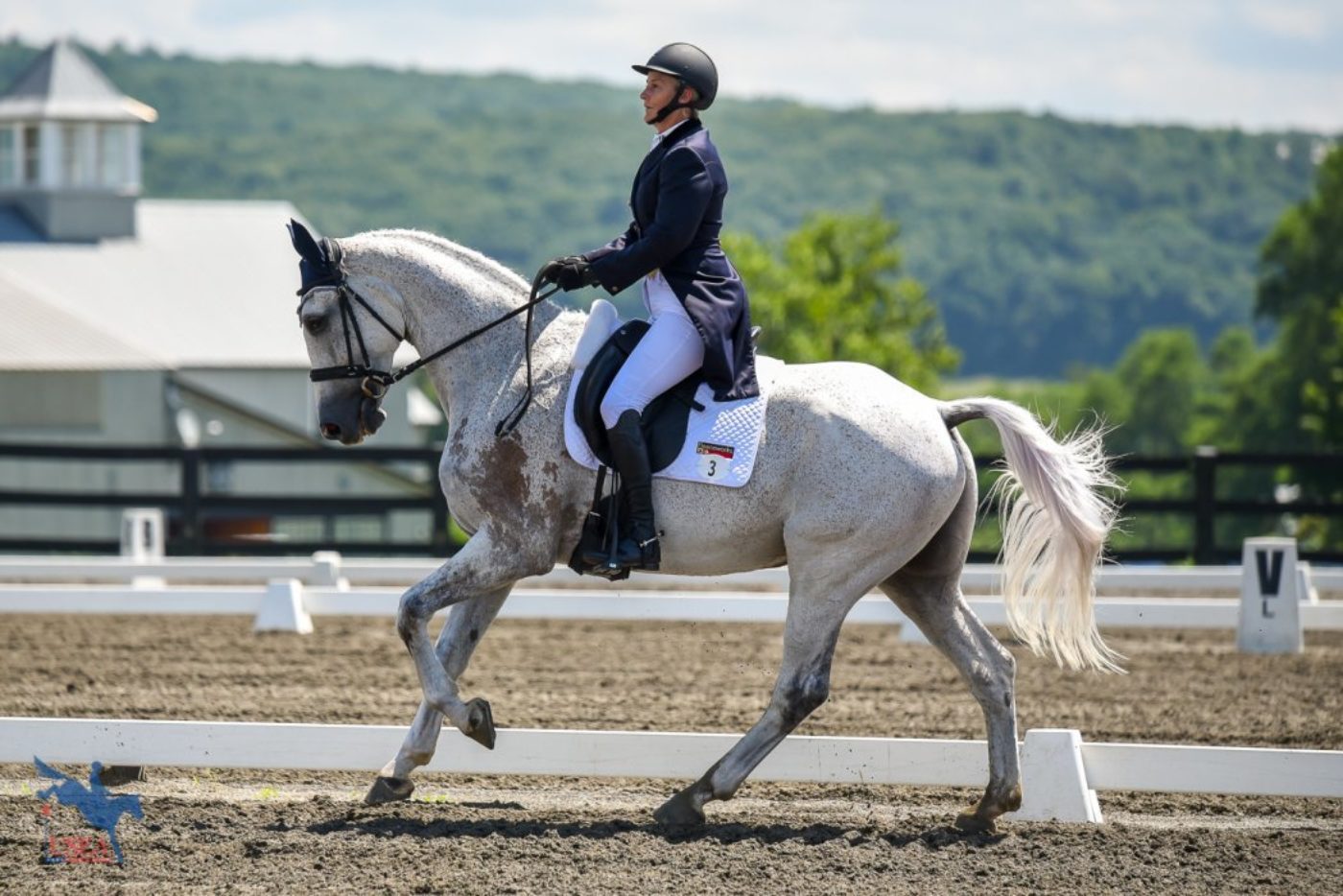 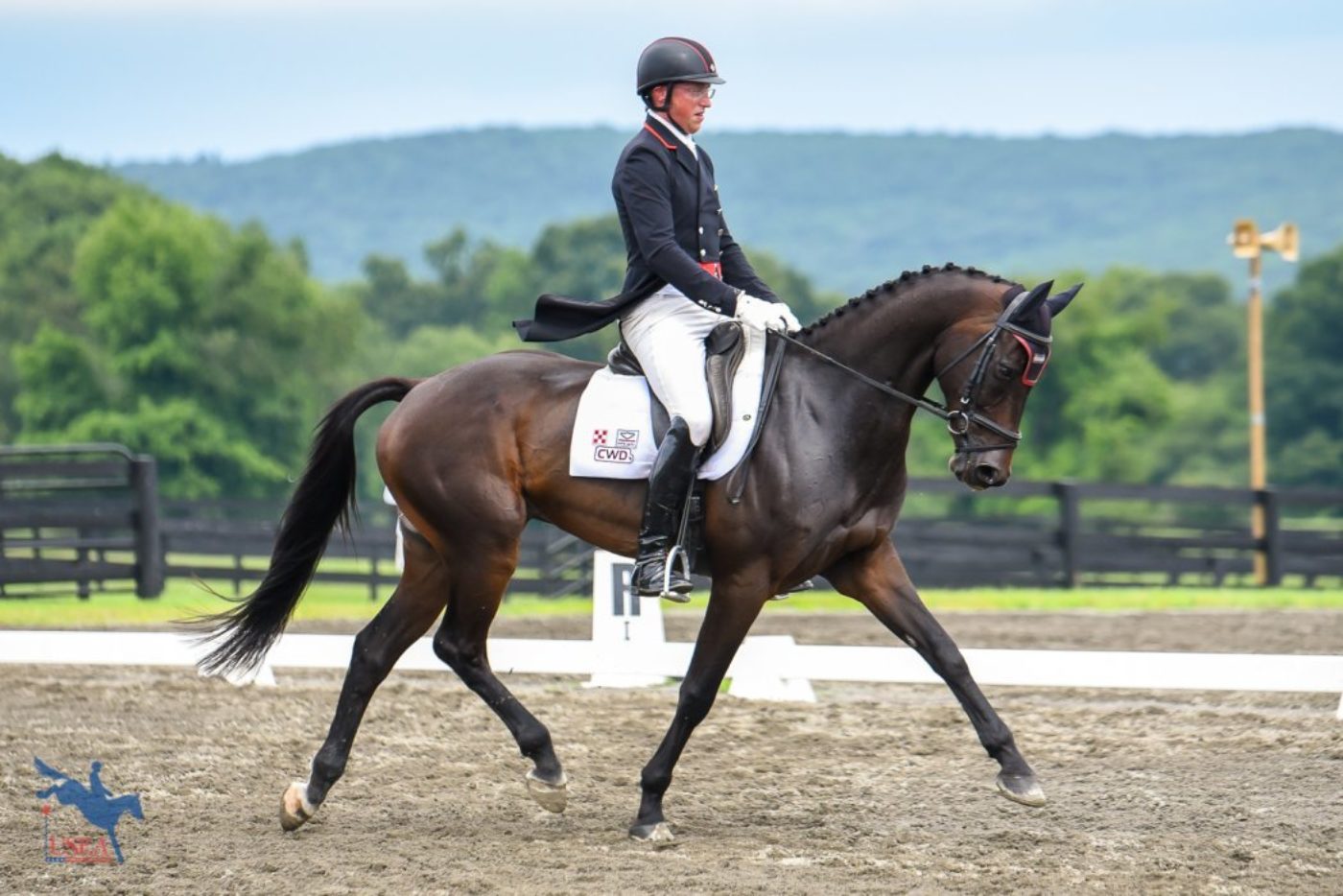 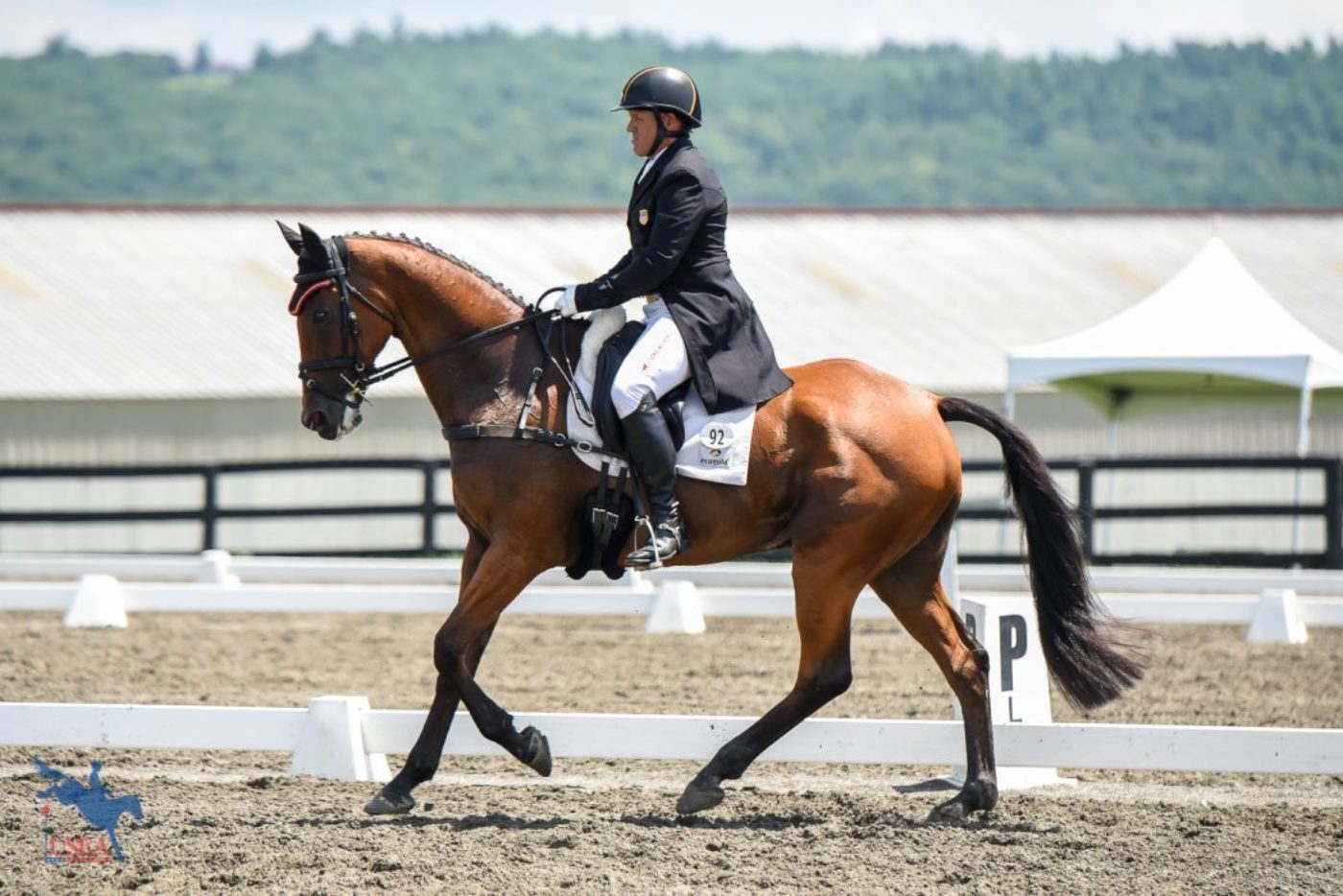 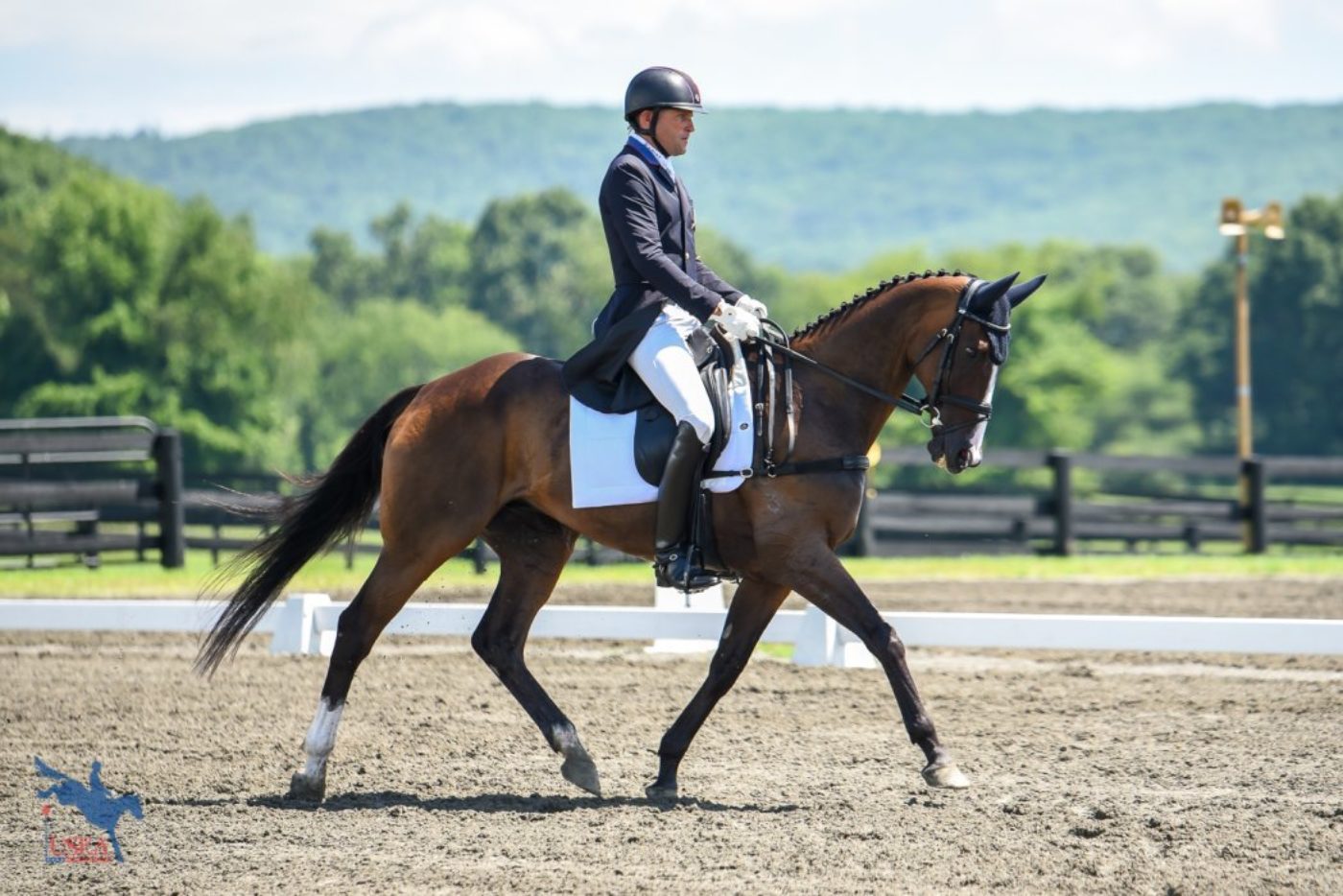 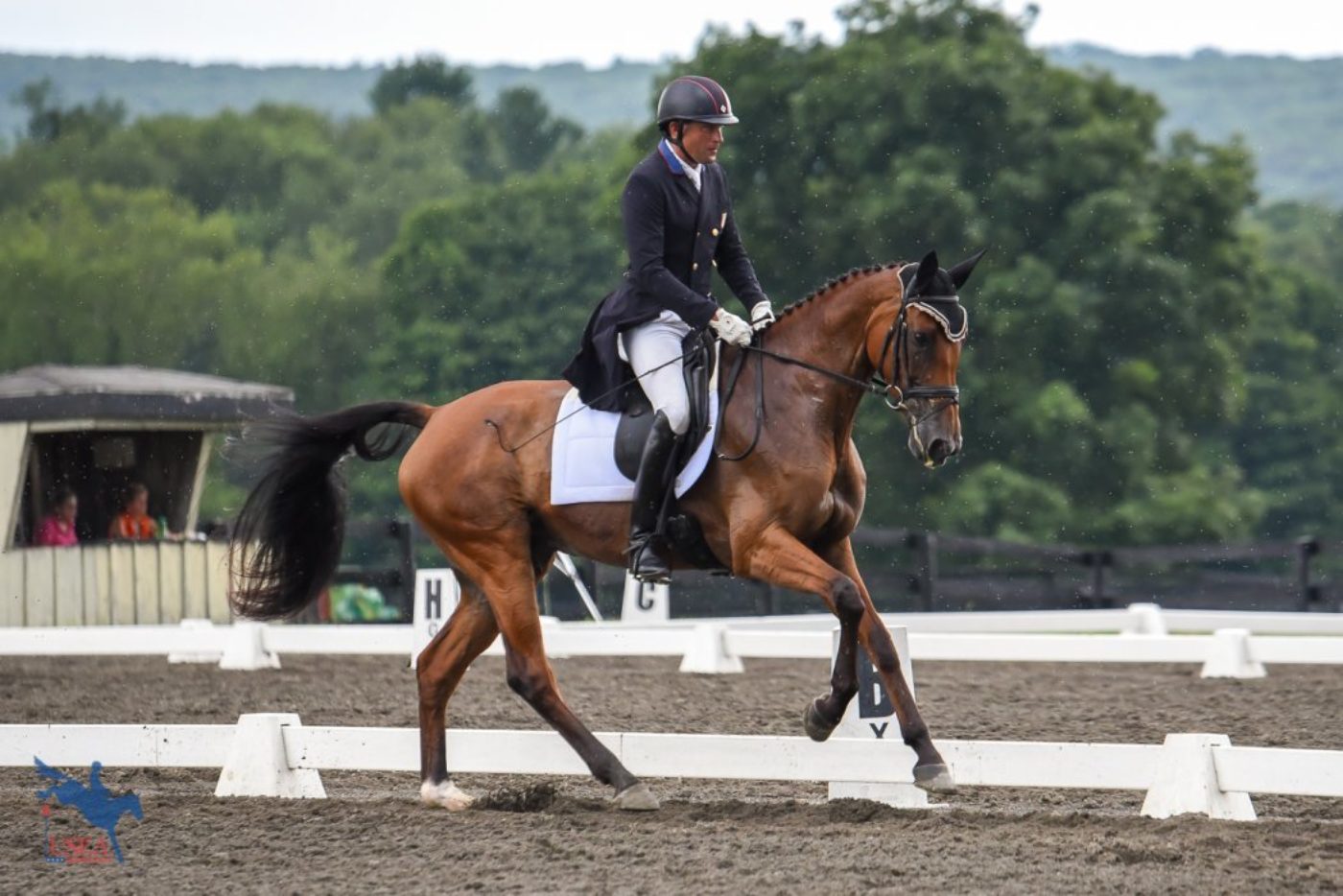 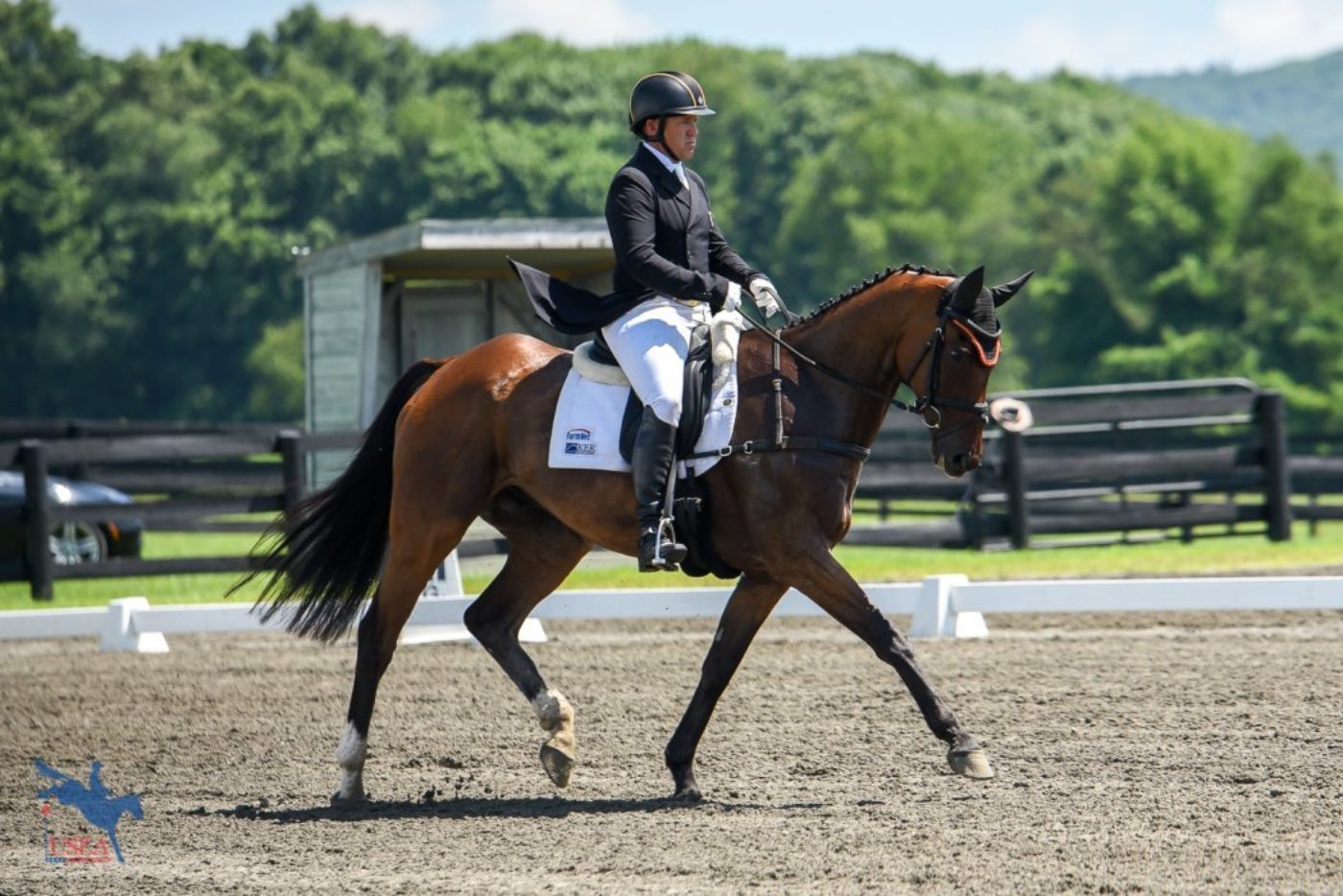 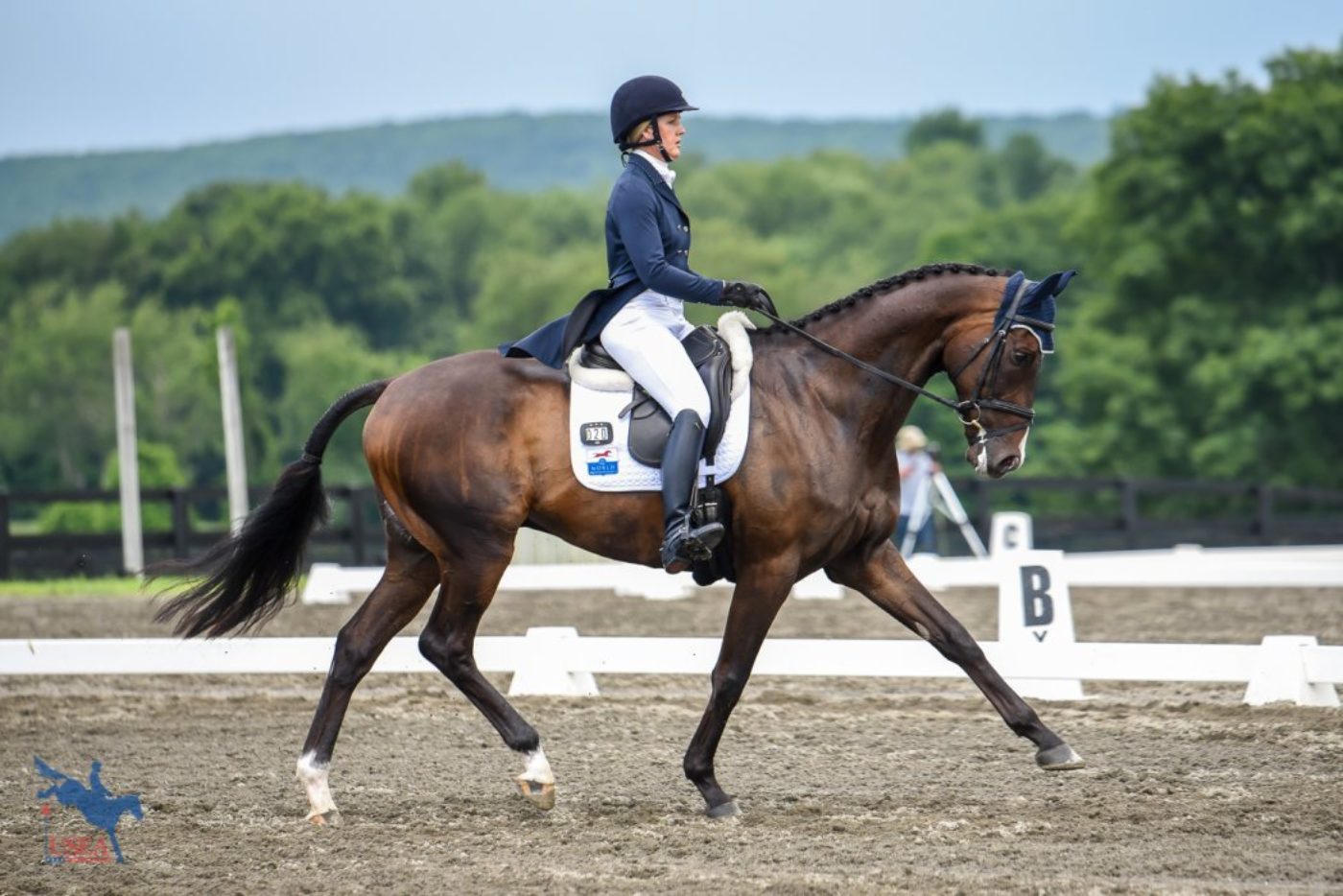 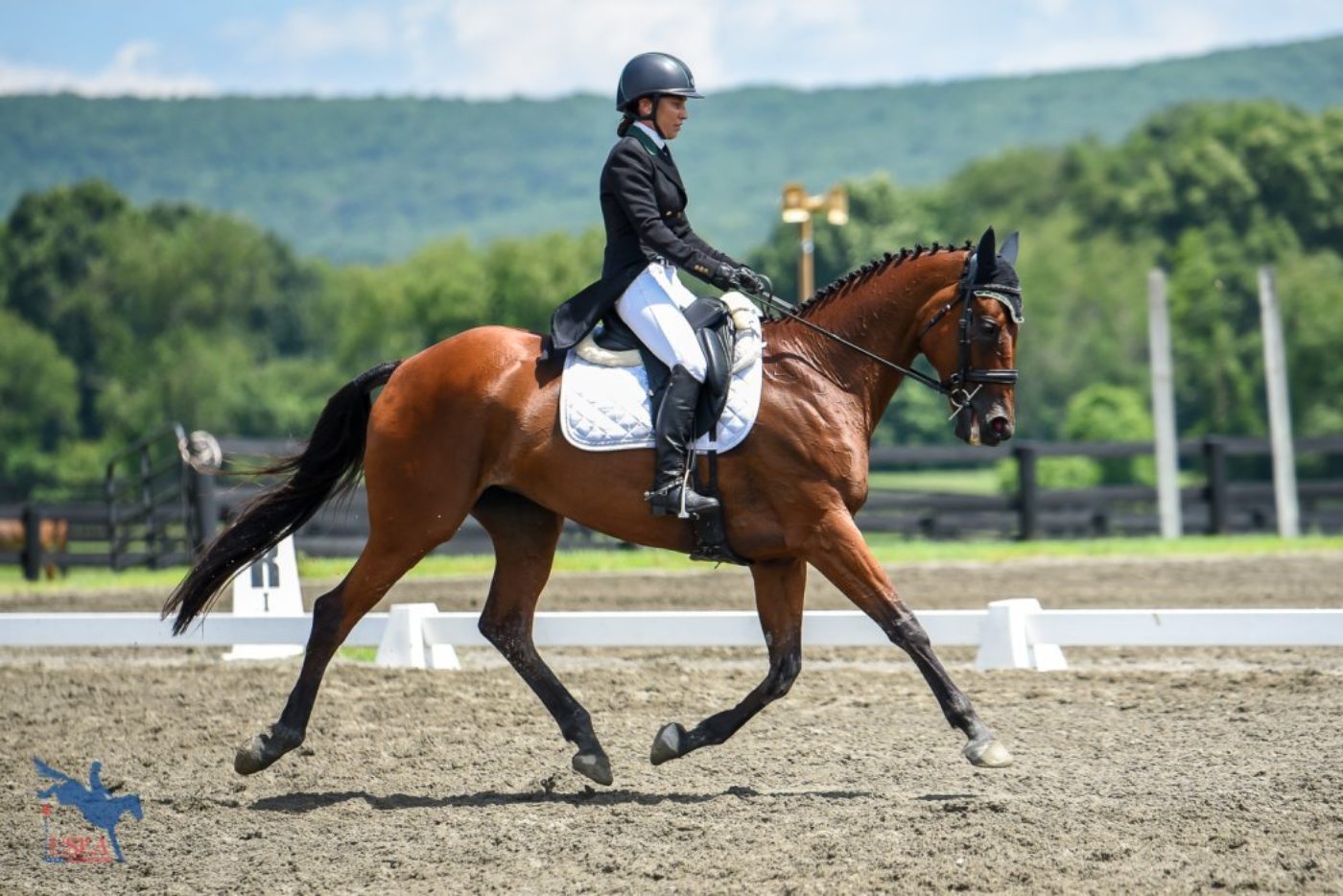 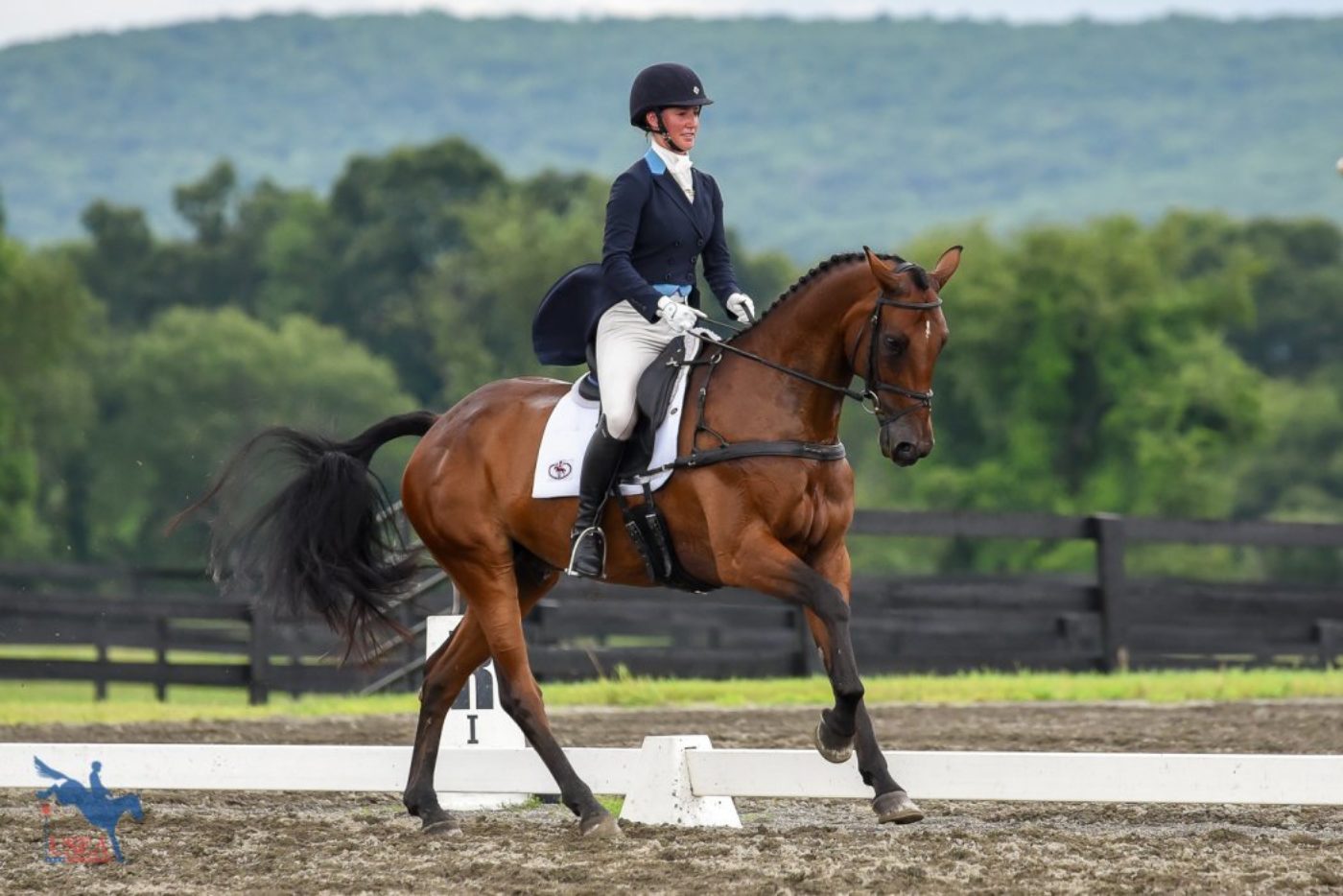 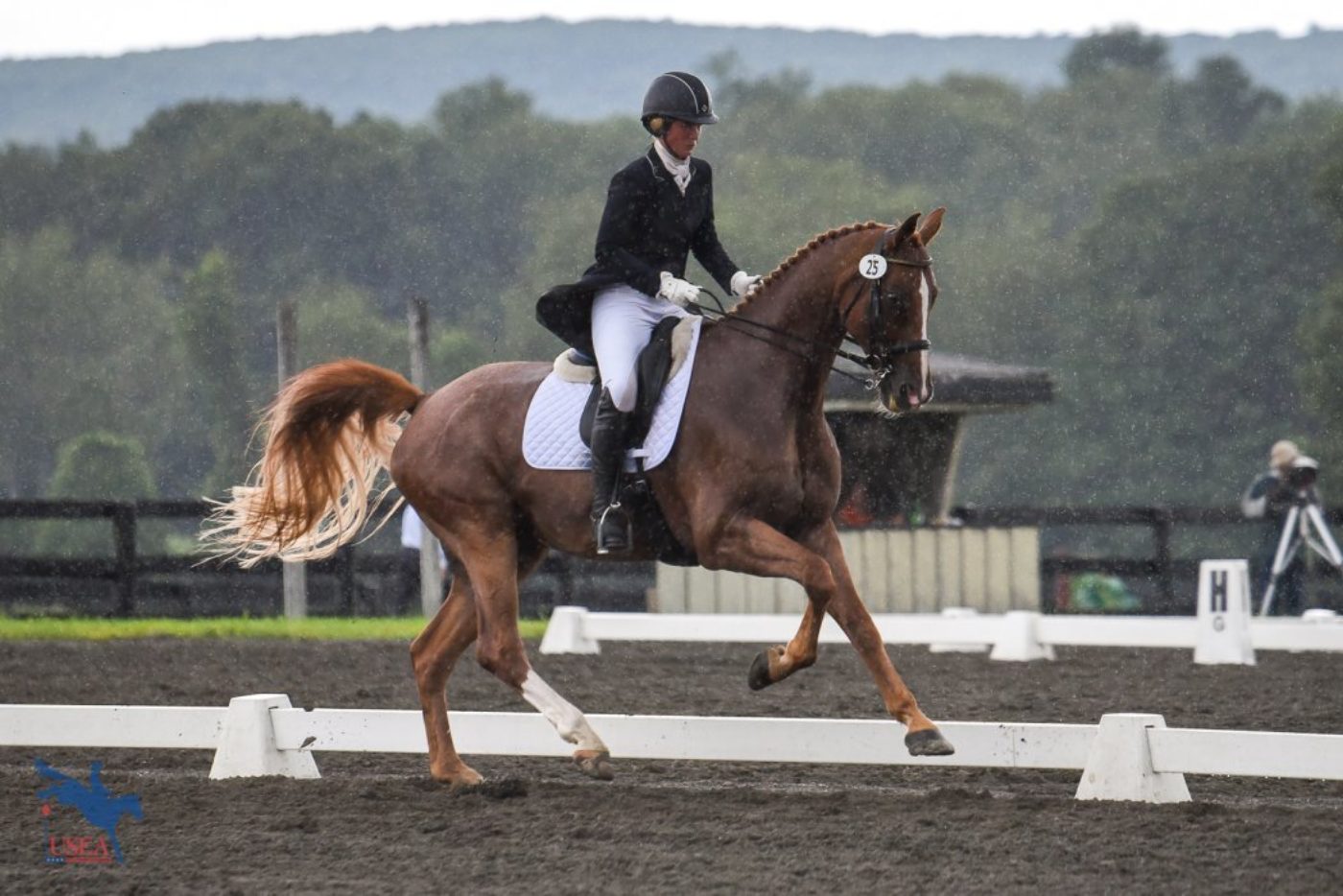 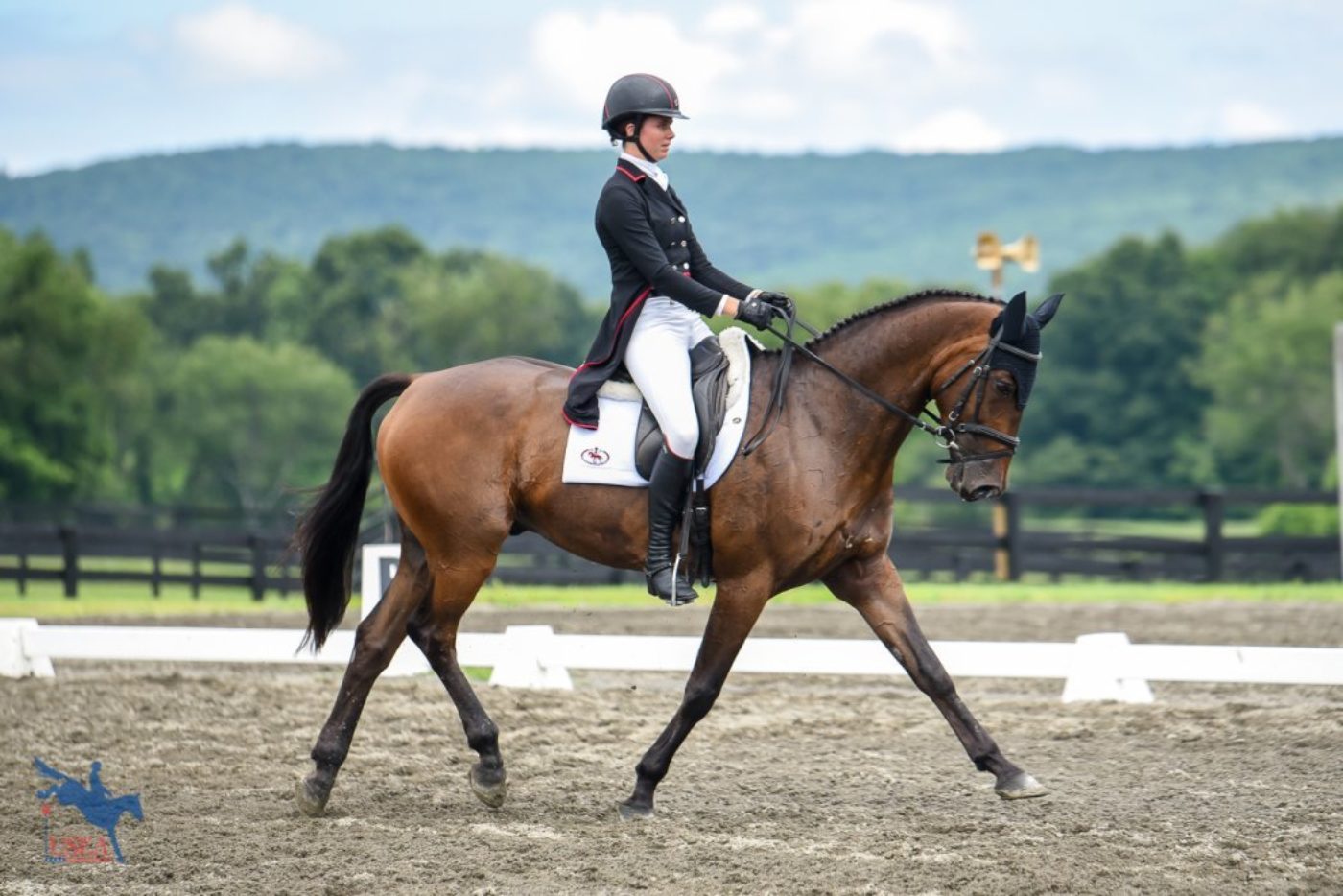 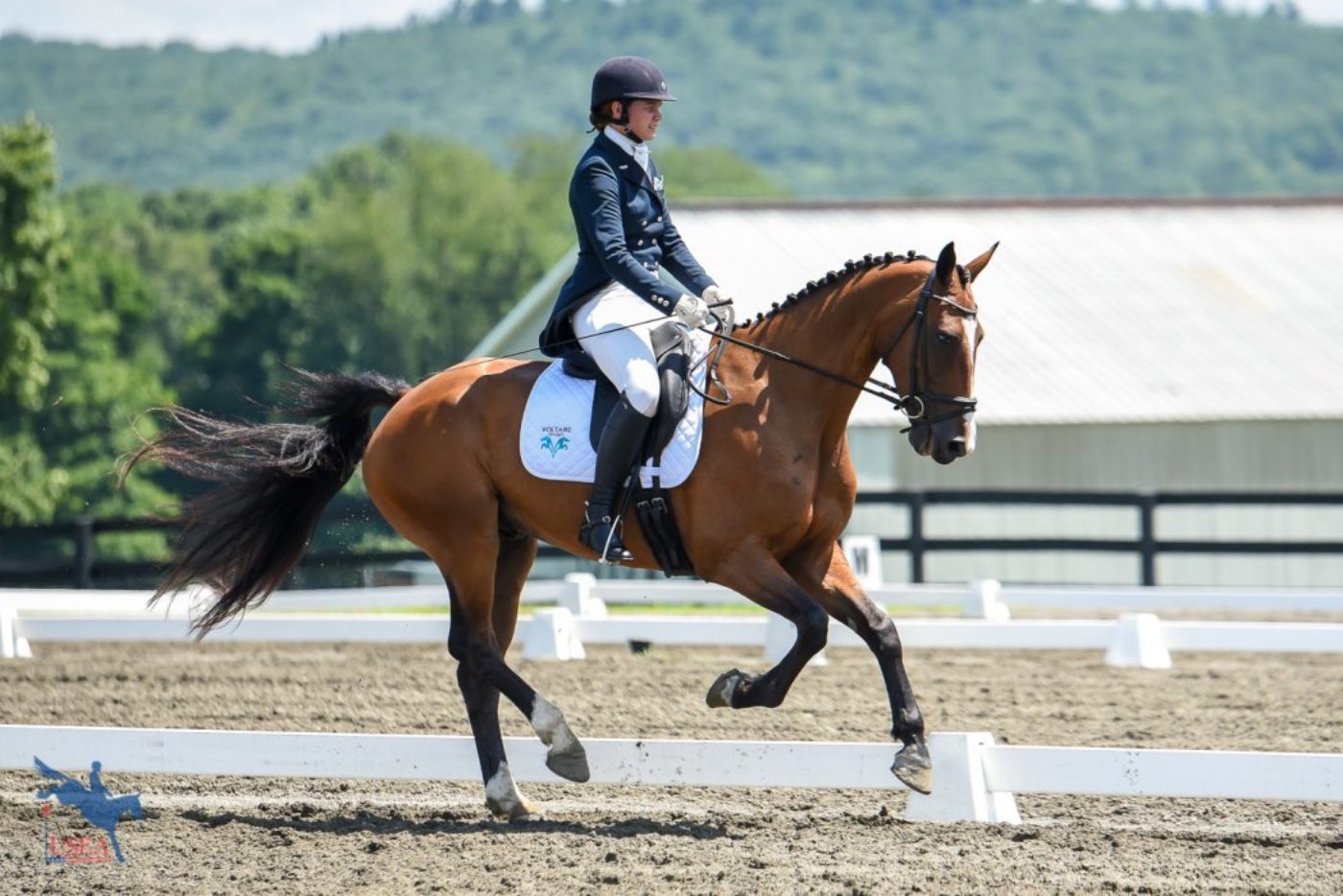 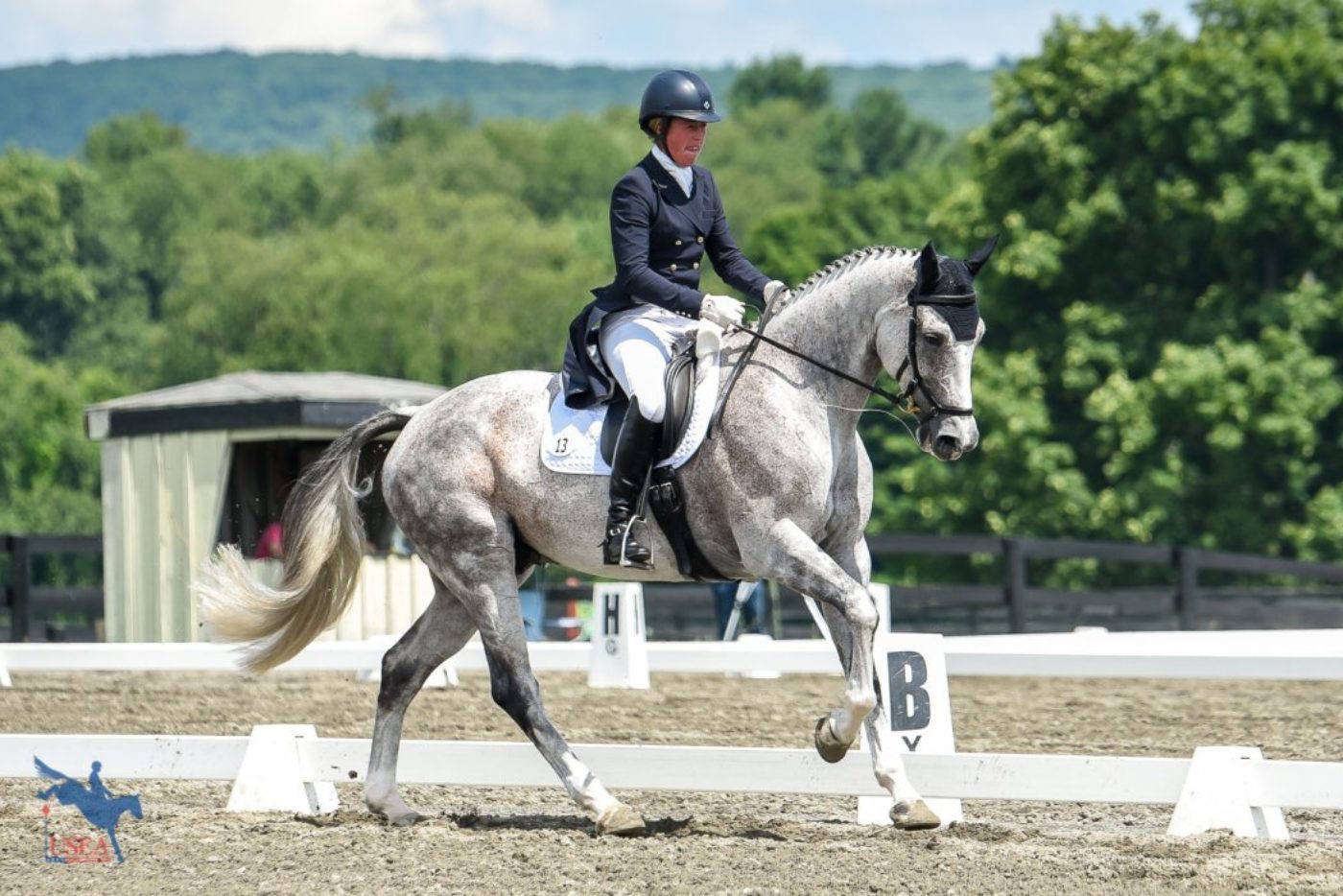 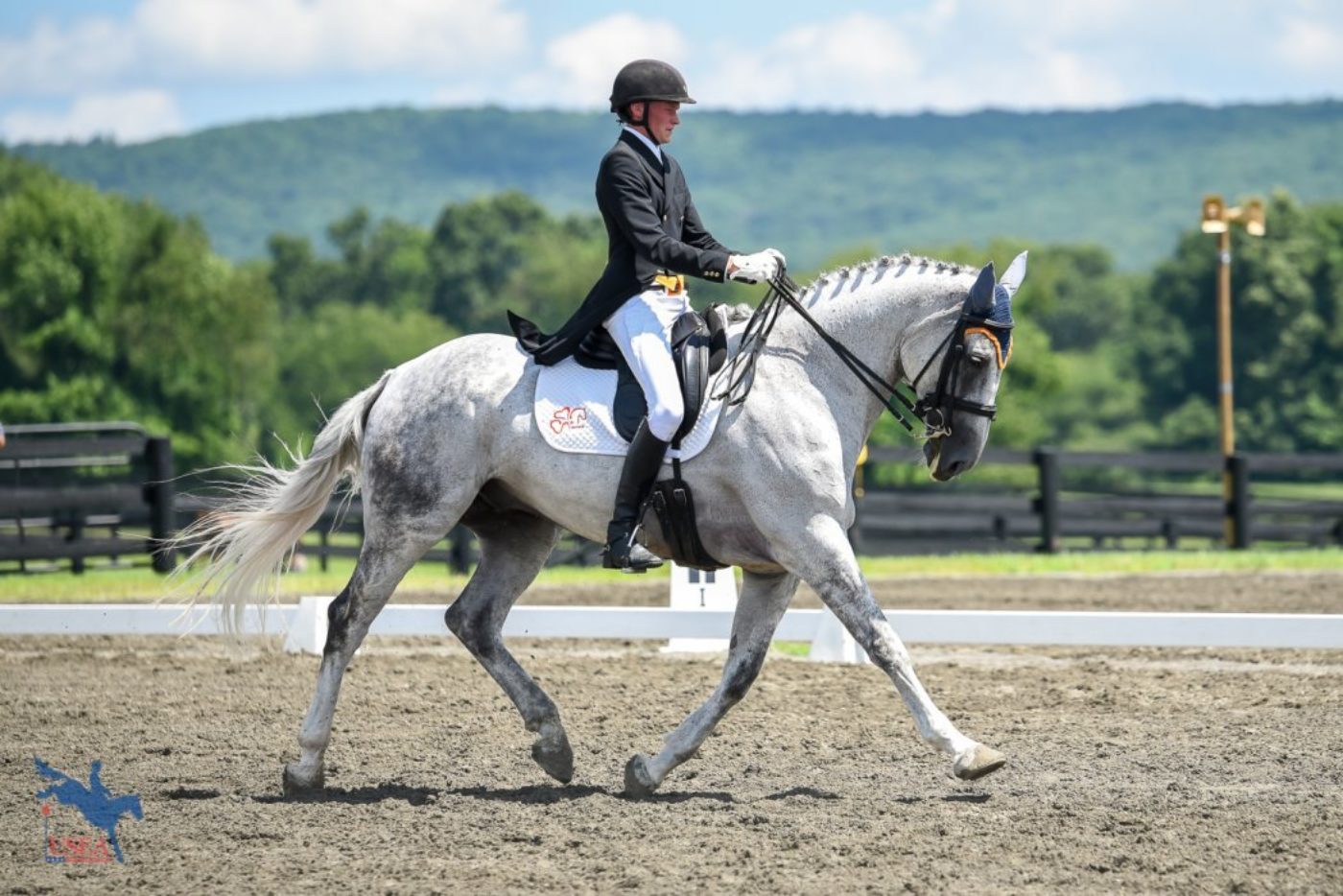 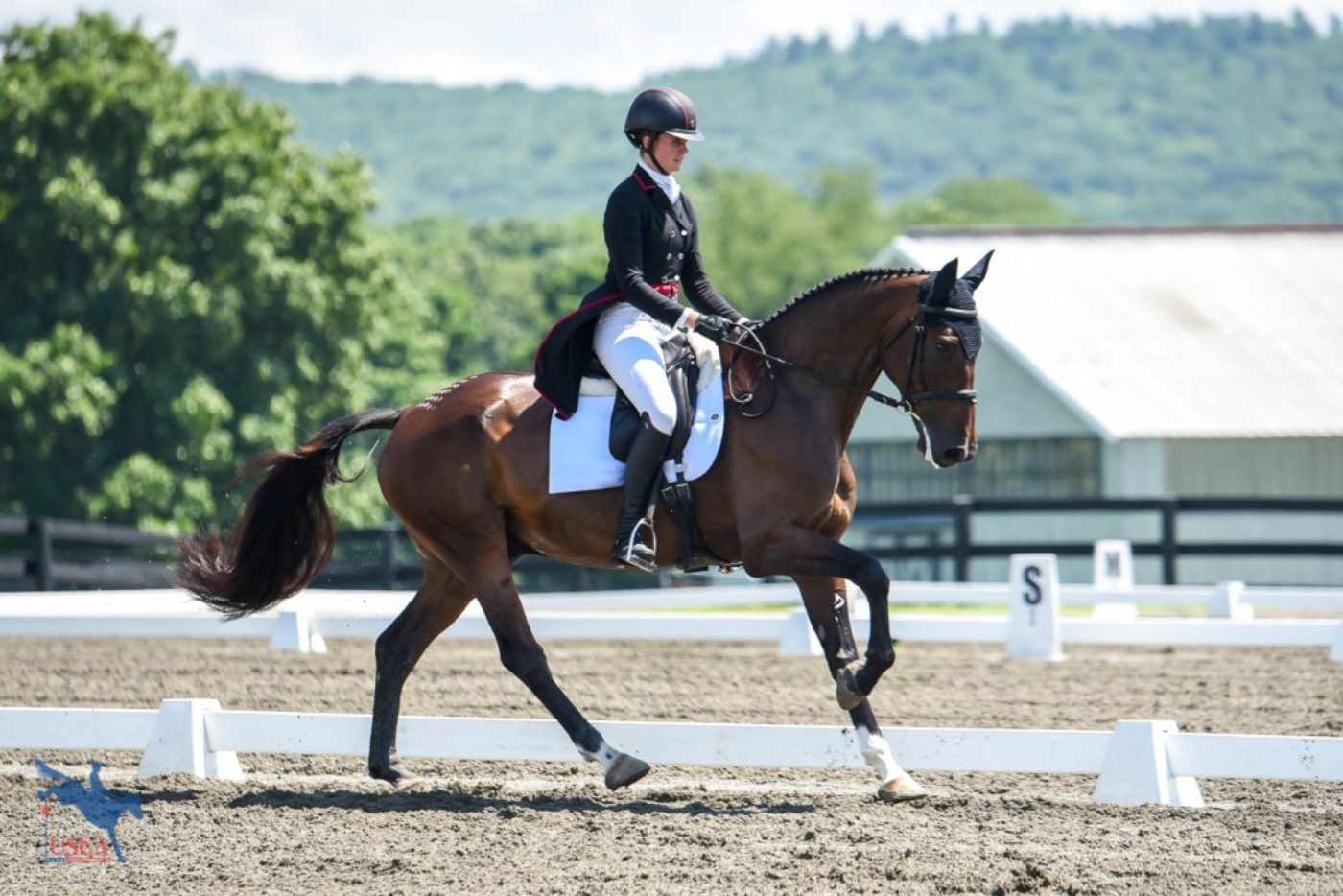 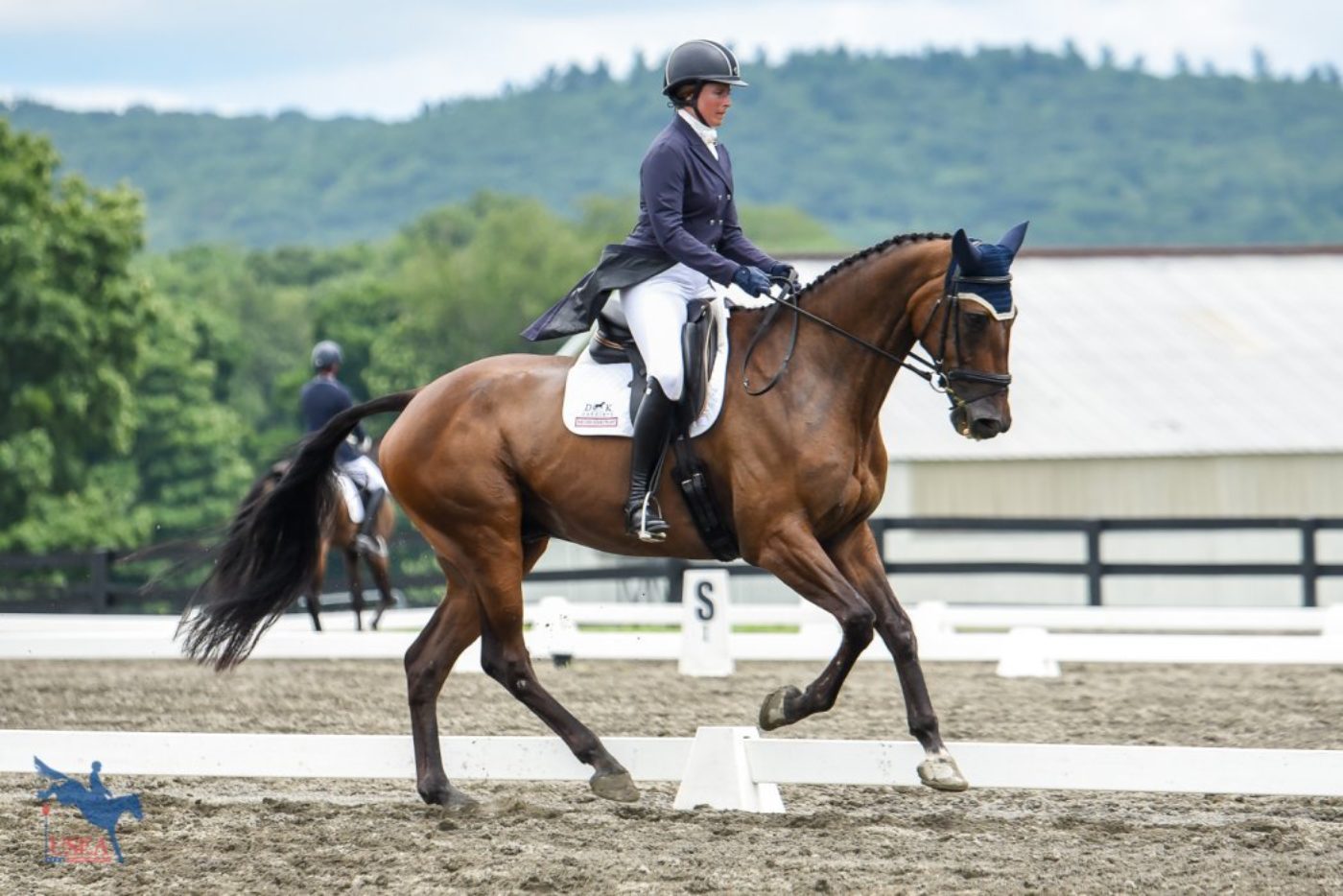 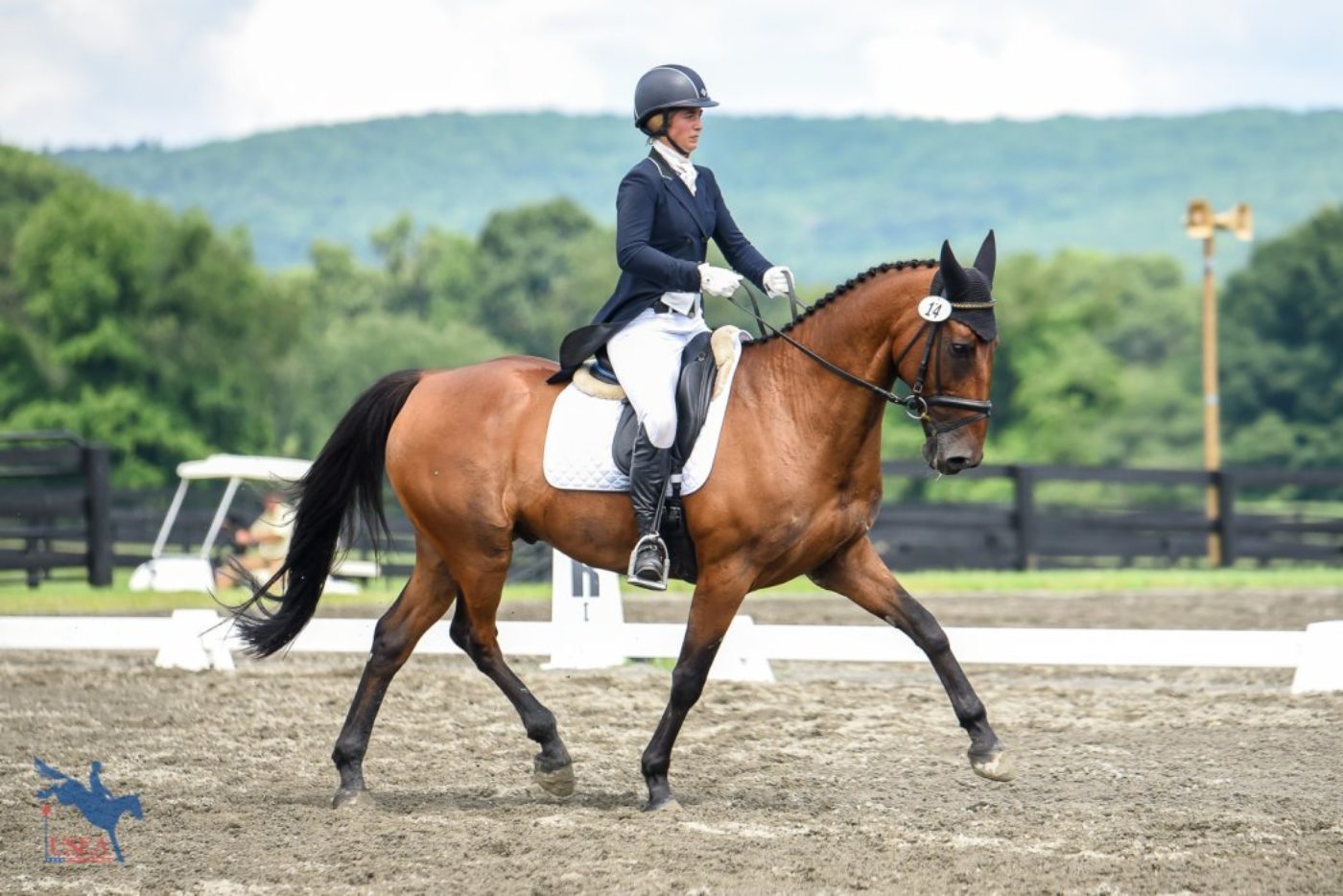 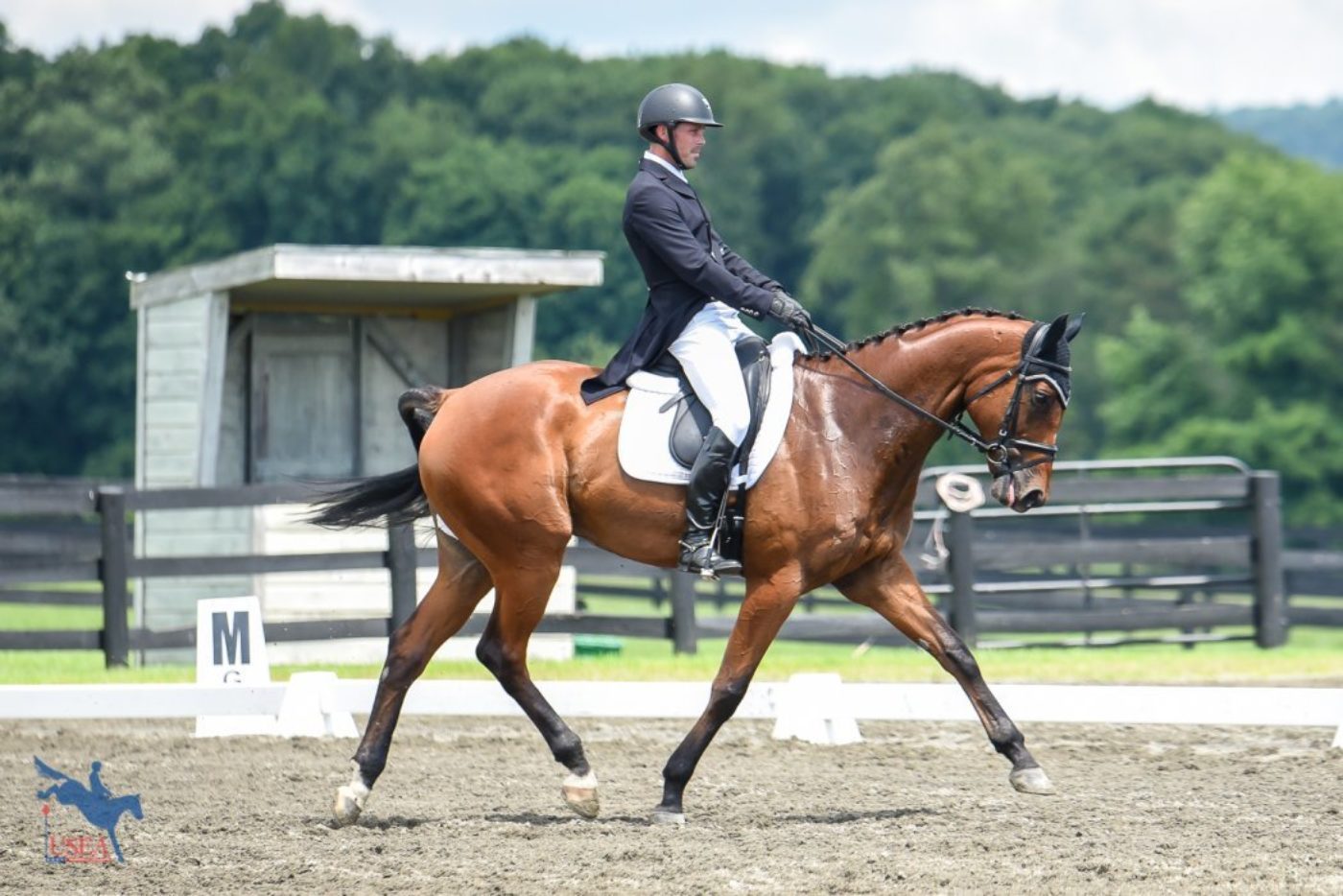 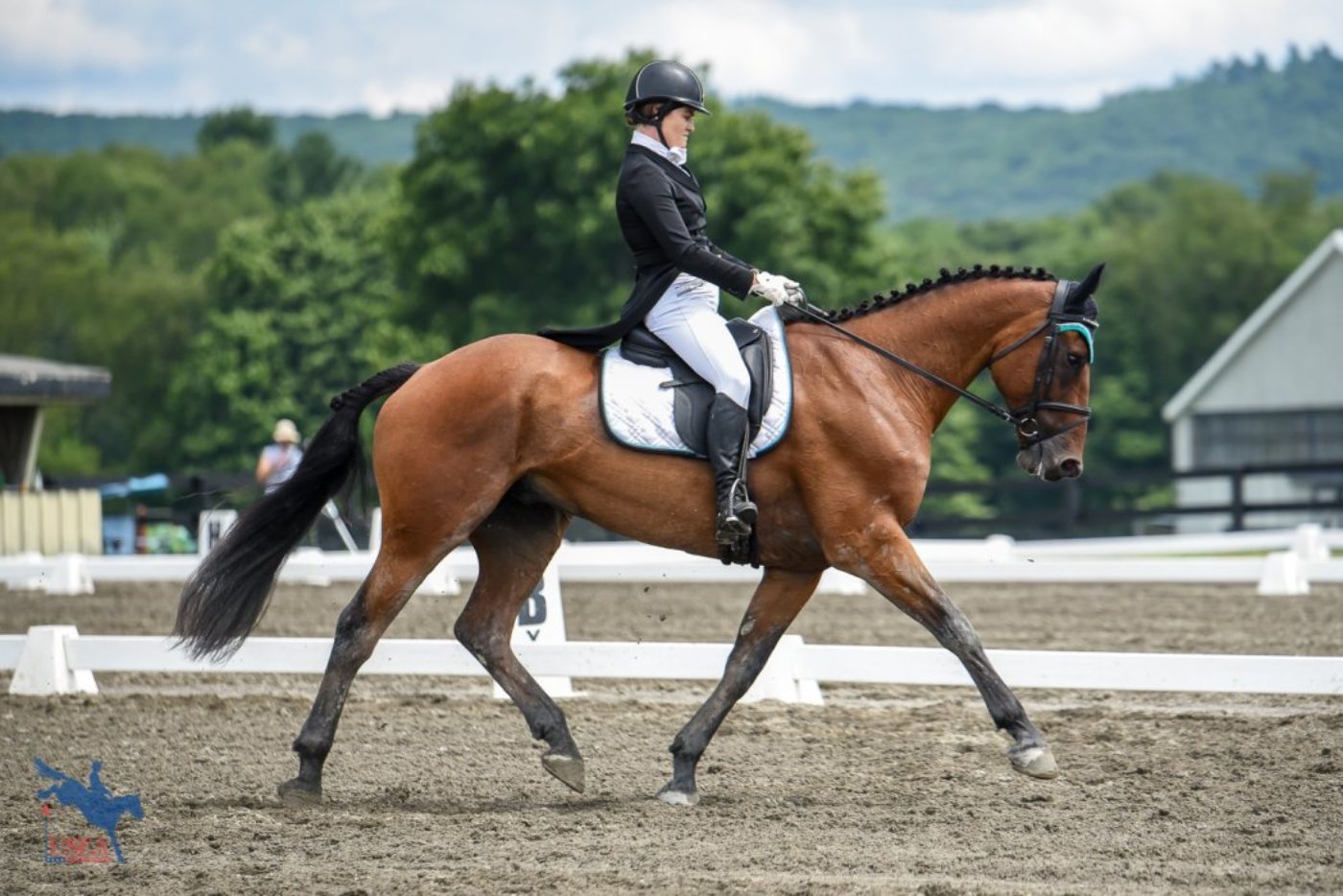 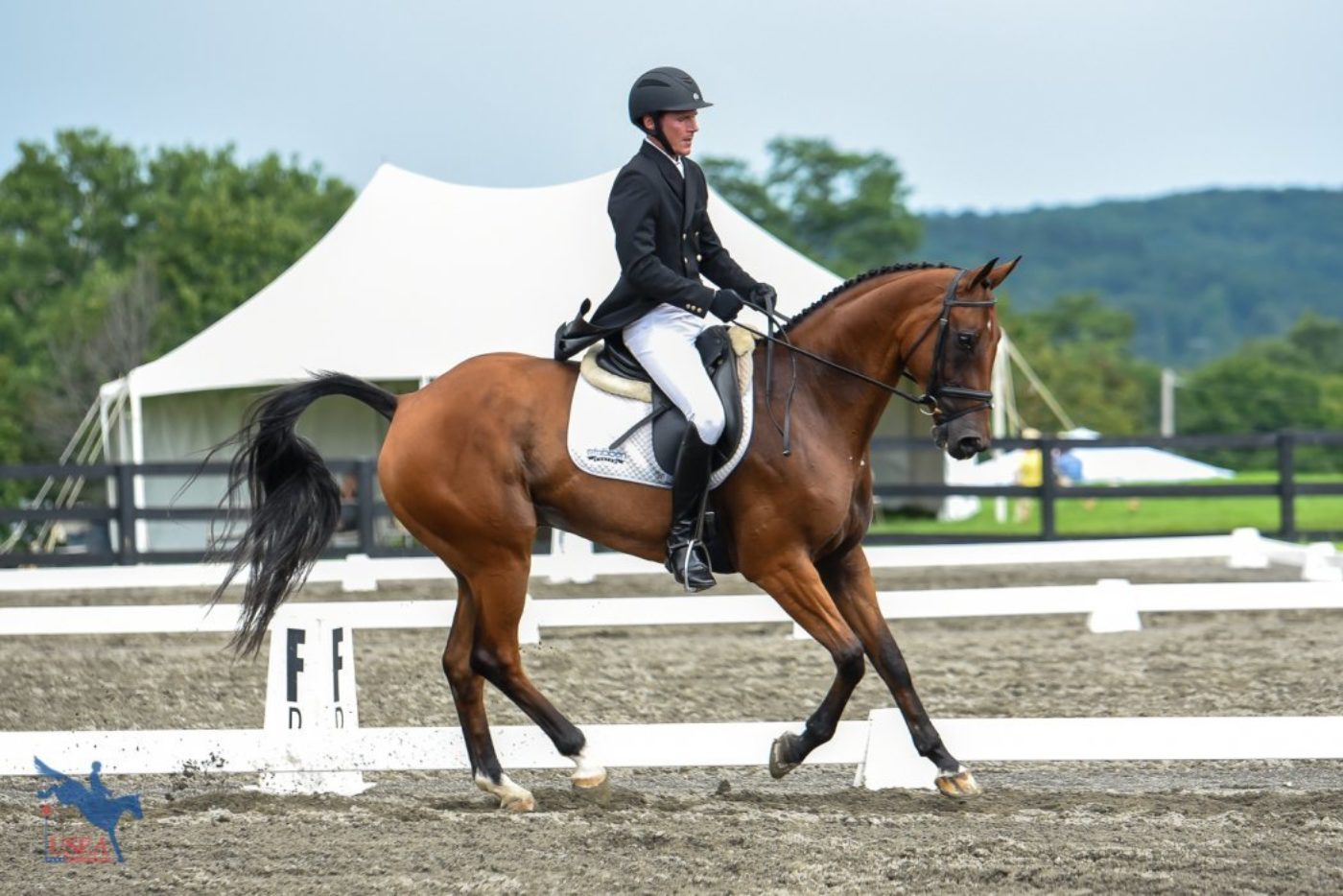 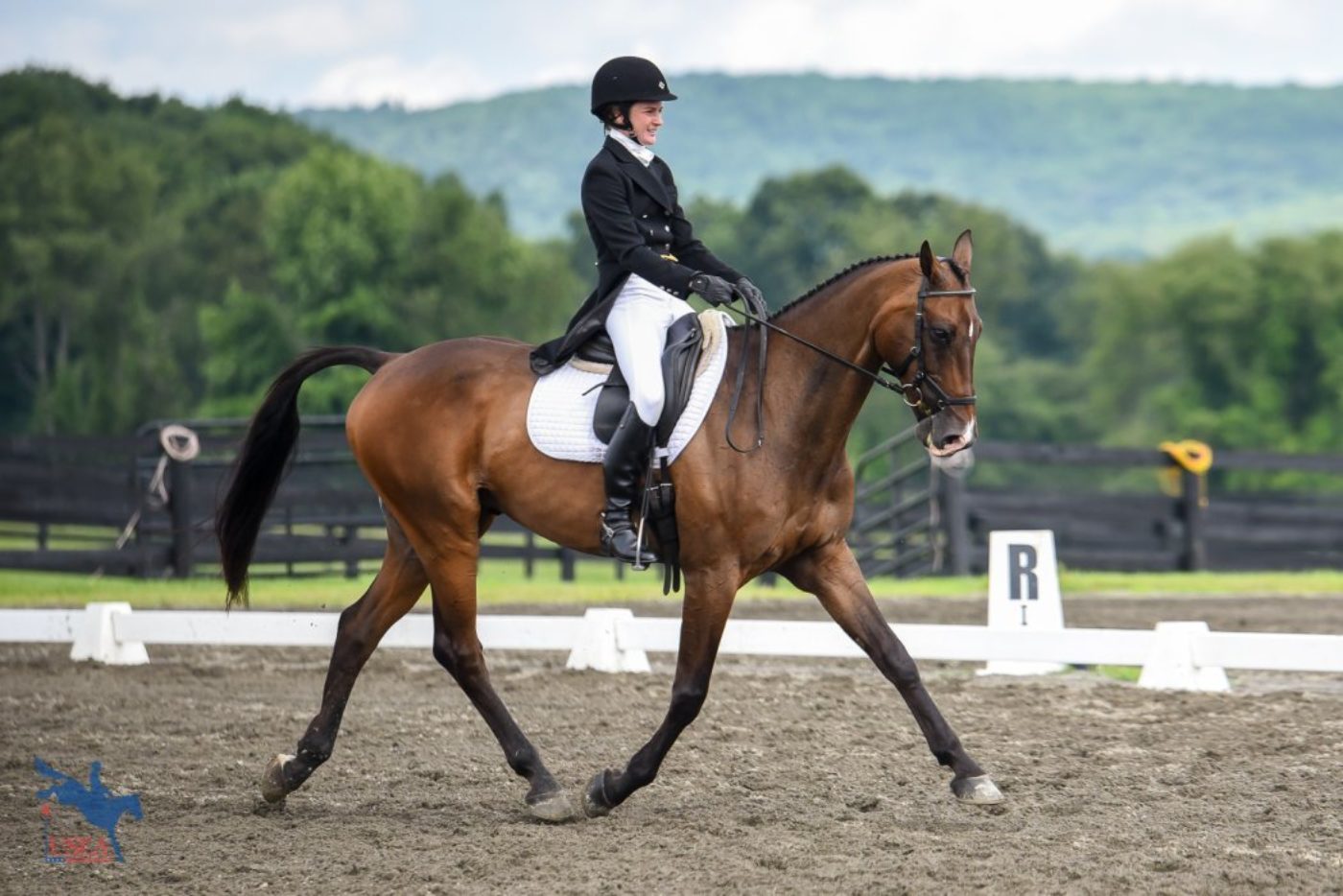 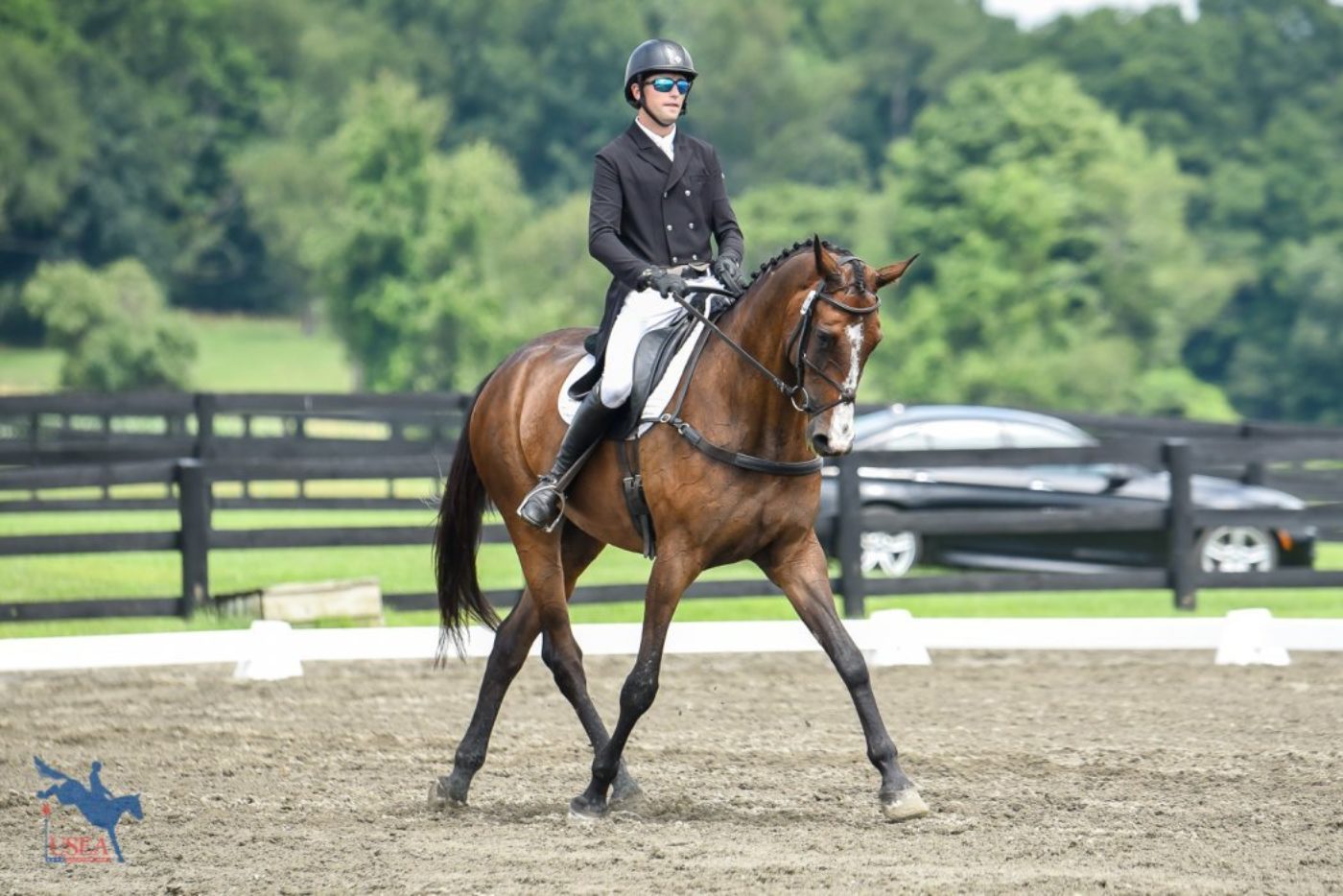 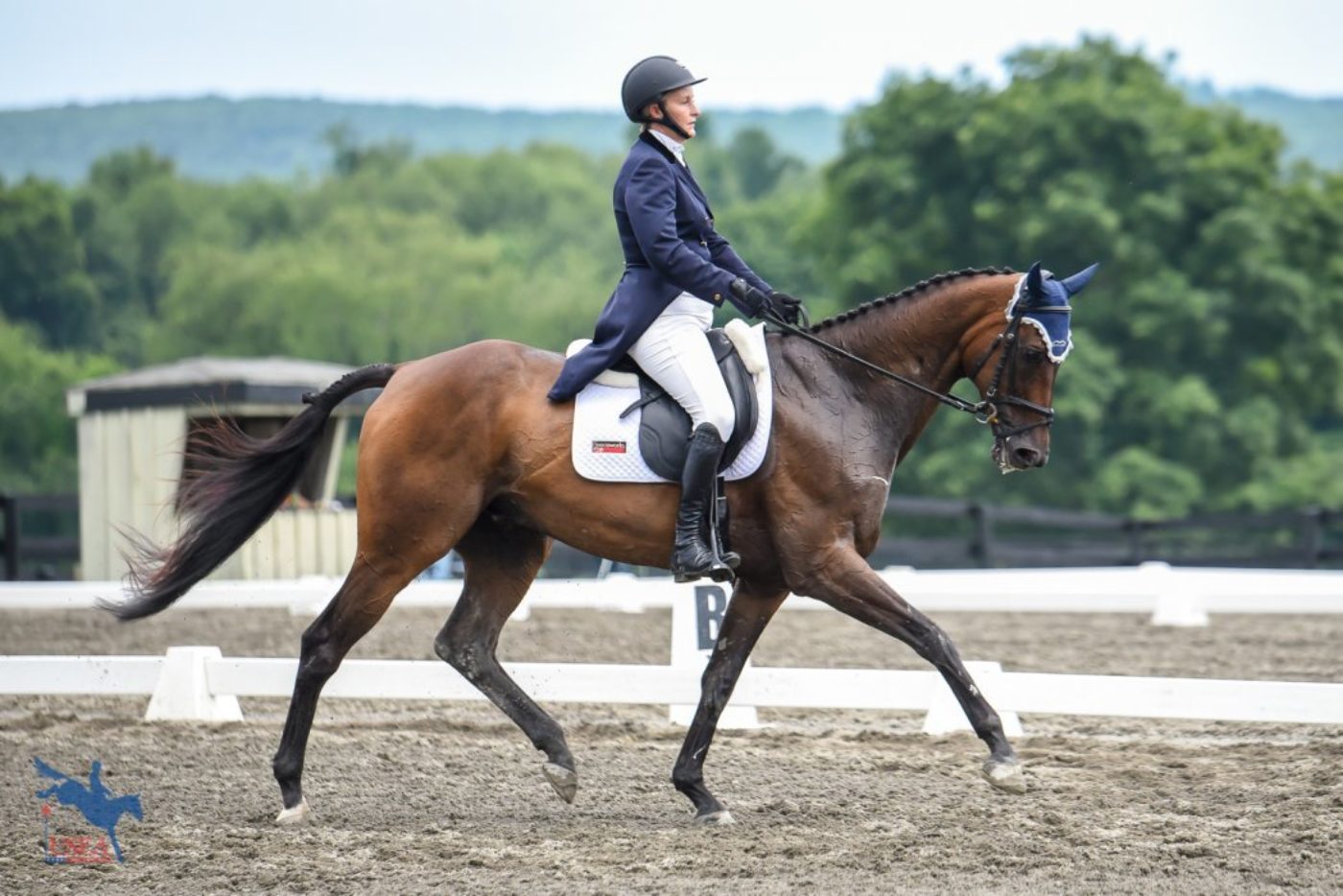 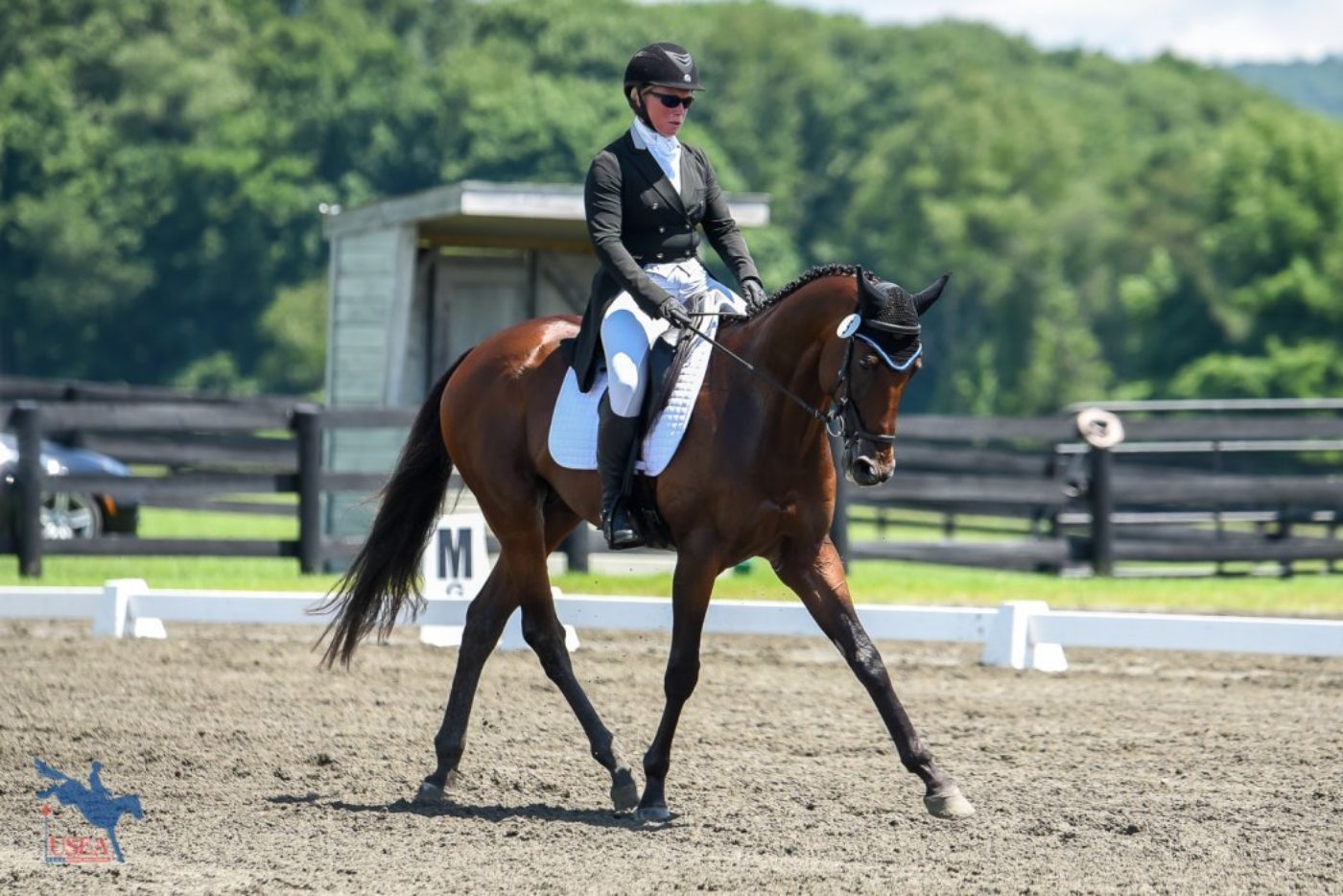