It was the scramble team of Area I/IV that took home the gold medal in the CICOY2* at the Adequan/FEI North American Junior & Young Rider Championships (NAJYRC) at Rebecca Farm in Kalispell, Mont. Finishing on a cumulative score of 198, the Area I/IV Team reached a whopping 17.8 lead over silver medal team, Area VII, who finished on a 215.8.

“My show jumping with Hugo (Sir Patico MH) was as honest as it could have been,” said Dorr of her gelding who jumped double clear today. “I’ve had him for about seven years and we know each other inside and out. He’s also the better show jumper of the two, and it came down to that here too, after I had those rails with Louis M. However, those rails were due to my inexperience, so it’s something for me to work on, but I’m proud of Louis M for his weekend as well.”

“Our main challenge for this competition was getting all the way out here and making sure our horses were healthy and happy after the long journey,” said Dorr. “Kathleen [Blauth-Murray], Buck’s [Davidson] groom came along to help, and she is the main reason Area I had everything run so smoothly, so we’re truly appreciative of her knowledge and support. Everything out here has been so enjoyable because of the team atmosphere, and everyone pitching in to help.”

Despite having two rails down in show-jumping today, Lily Geelan (Area IV) and her own Luksor (Ef Ez x Lektura) had run double clear on cross-country yesterday, helping to keep a lower team score and inevitably take home the team gold medal.

“Luksor was really good all week, and I’m really proud of him,” Geelan said of her 14-year-old Polish Warmblood. “Our situation [in Area IV] was unique this year because we didn’t have a Chef or a Coach, so my mom and Melanie’s mom stepped in as coaches and chefs, and we couldn’t thank them enough. My mom has been so organized, despite being thrown into a whirlwind, and she just dealt with it – so thank you mom,” Geelan said appreciatively.

“Our moms really did step up to make it happen for us,” added Melanie Rousseau (Area IV), who rounded out the Area I/IV scramble team with her 11-year-old Thoroughbred gelding, Sullivan (Kettle Won x Jolie’s Princess). “I’ve trained with my mother, Jennifer Rousseau all my life, so I owe all of my success to her, and to Sullivan of course. Sullivan is so honest and easy going. He’s so consistent and I couldn’t be happier with him this week and always.”

Will Zuschlag and his own RF Southern Command (Ustinov x Trijntje) a 9-year-old Dutch Warmblood gelding, took home the individual gold medal today. Stepping into the arena, Zuschlag was sitting in second place behind overnight leaders Cornelia Dorr and Louis M, and when he took down one rail, he thought he had lost all hopes of a gold medal.

“I did come out of the arena and the guy at in gate said ‘good job’, and I said, ‘no it wasn’t good enough – she got me,’” Zuschlag said, referring to Dorr. But when Dorr pulled three rails down on Louis M, dropping her score to a 49, Zuschlag’s final score of 46.2 secured him the gold medal. “One of the grooms came running over to me after Cornelia’s round and screamed, ‘oh my god, Will’ and started jumping up and down, I found out that I won, and it was really exciting.”

“Cornelia and I know each other fairly well from competing against one another, but it’s never in this order – usually I’m looking up at her and saying ‘ah, she [Dorr] beat me again,” said Zuschlag. “I’m really happy with my horse though, and really excited about this win.”

The USEA would like to send a very warm thank you the Broussard family for hosting the 2017 NAJYRC, and for providing such a special experience for all competitors and all others in attendance.

For all NAJYRC scores, go here. 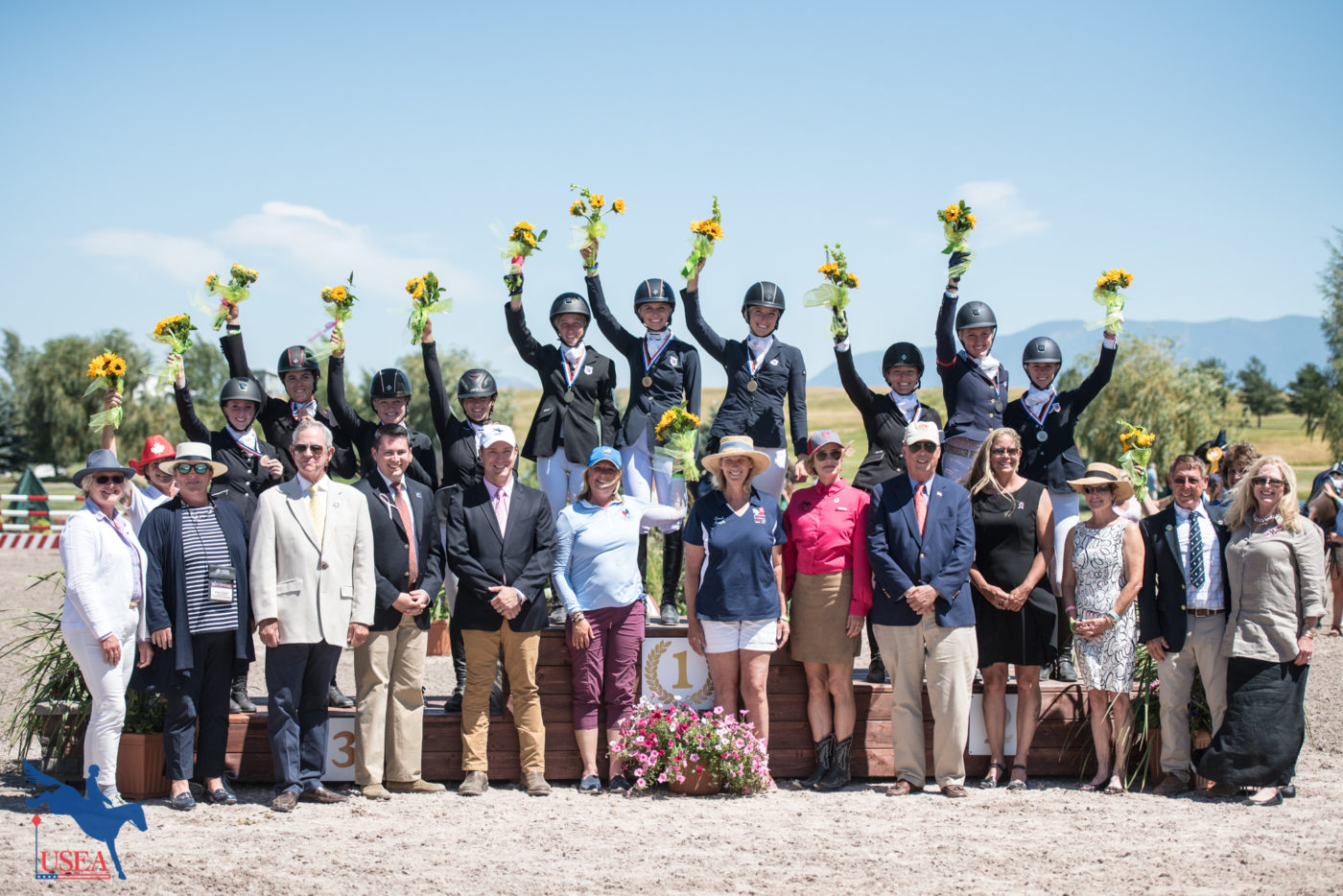 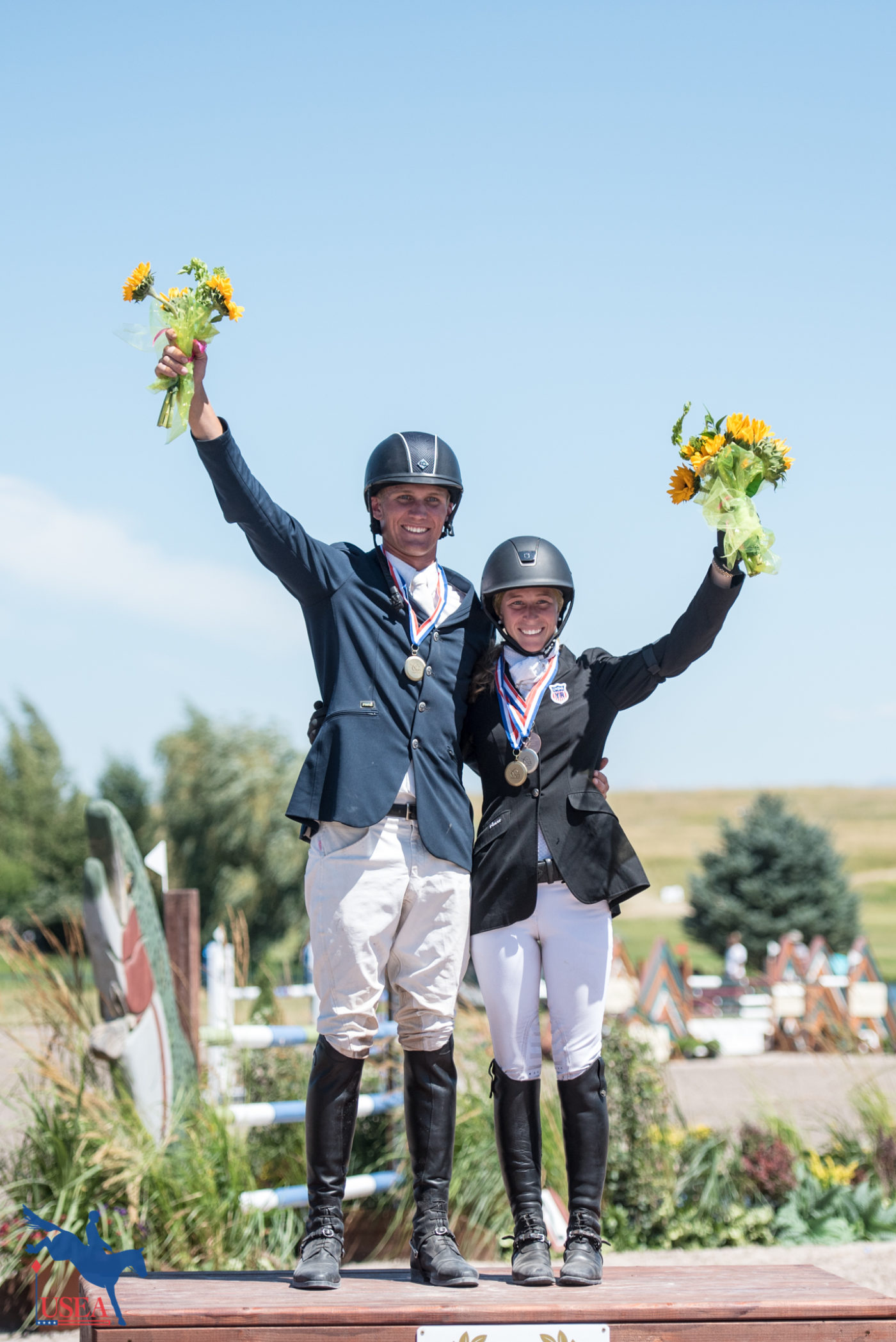 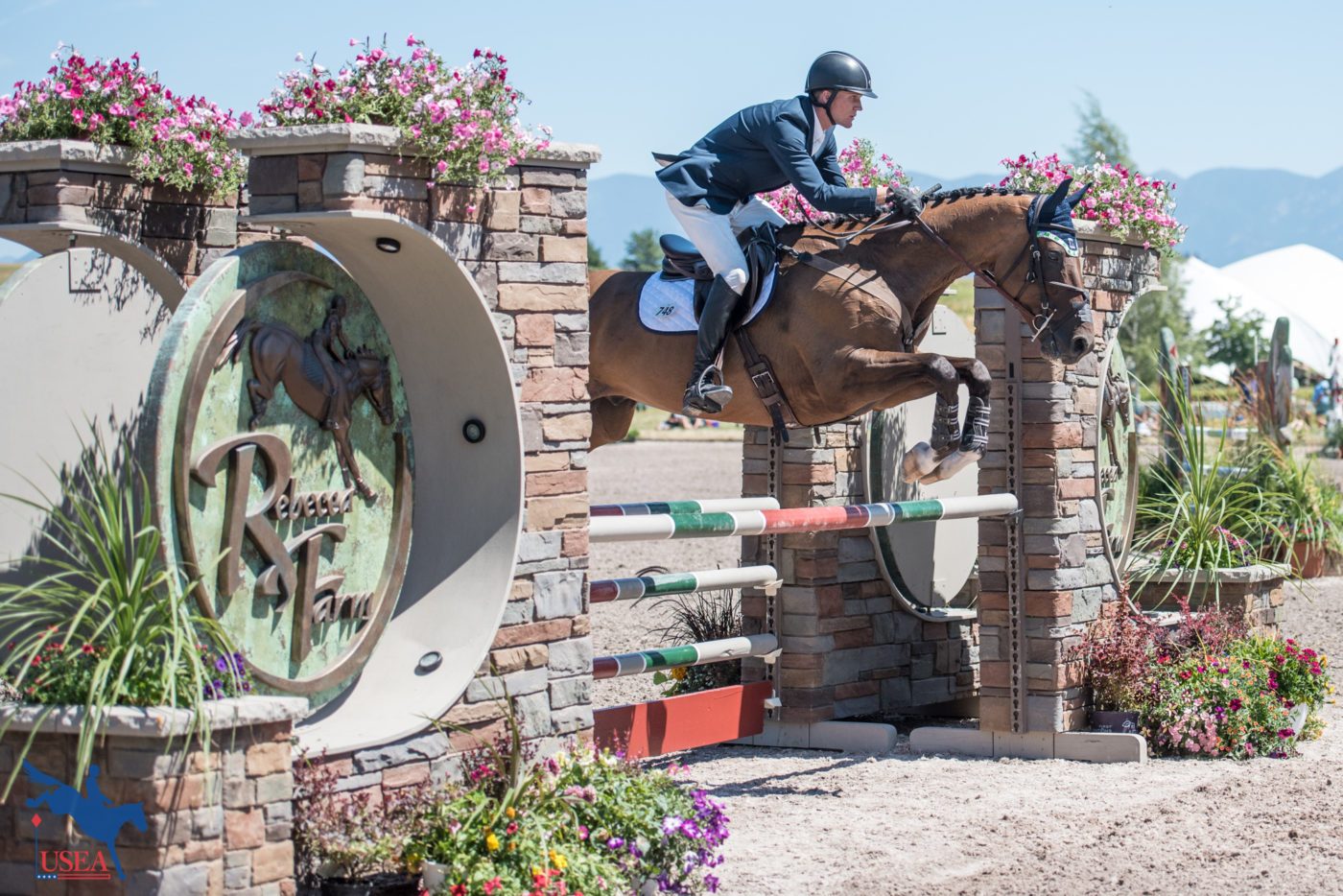 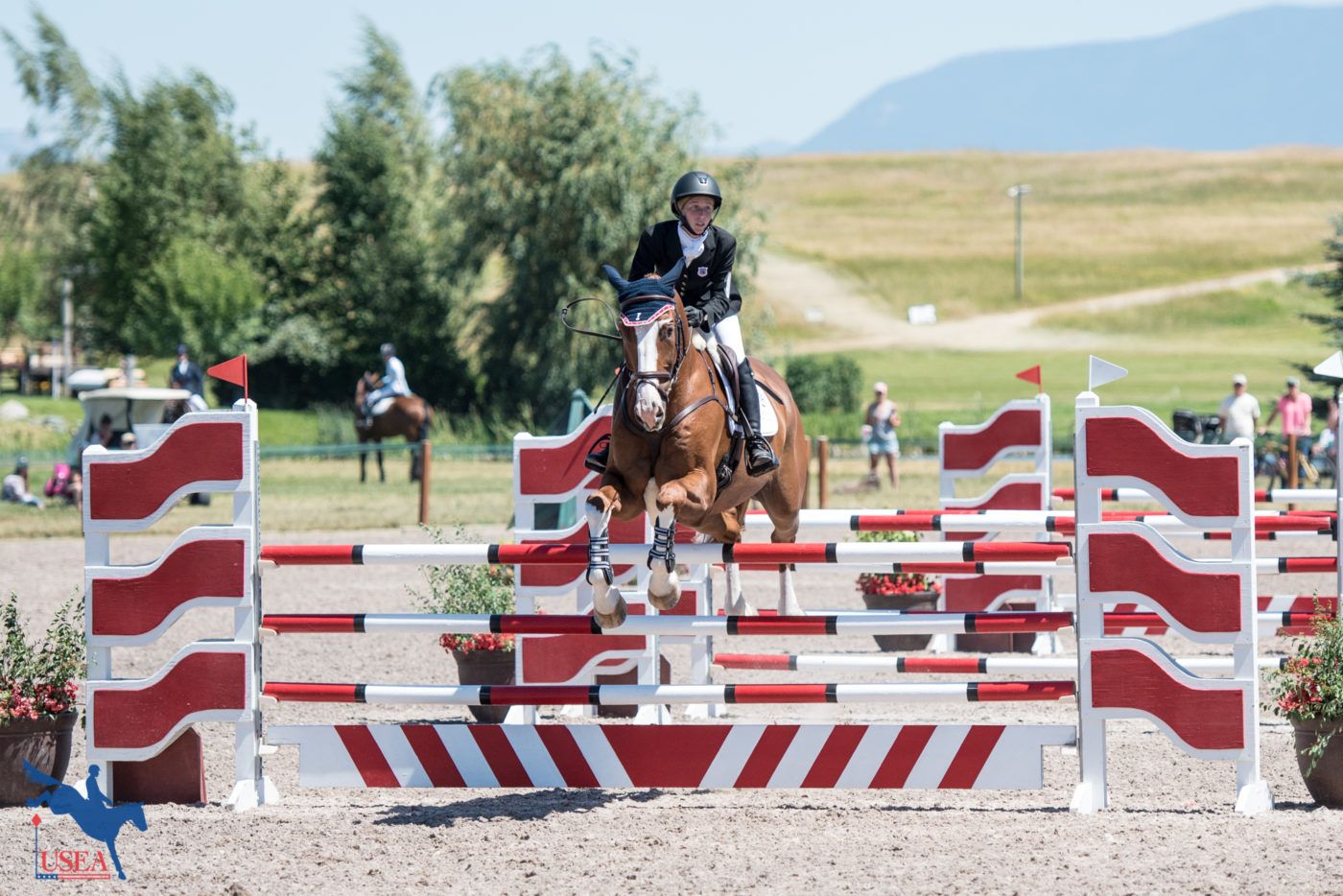 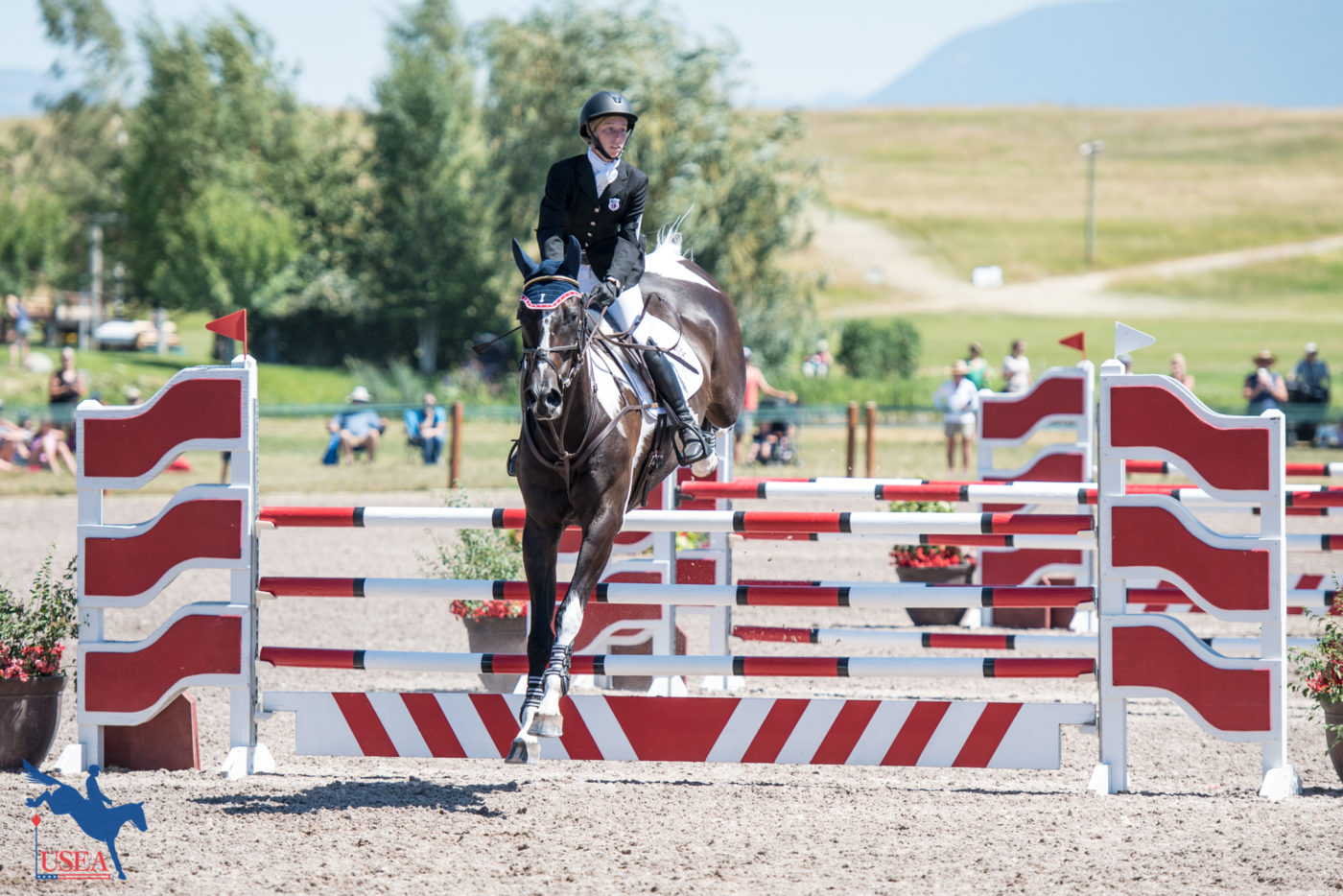 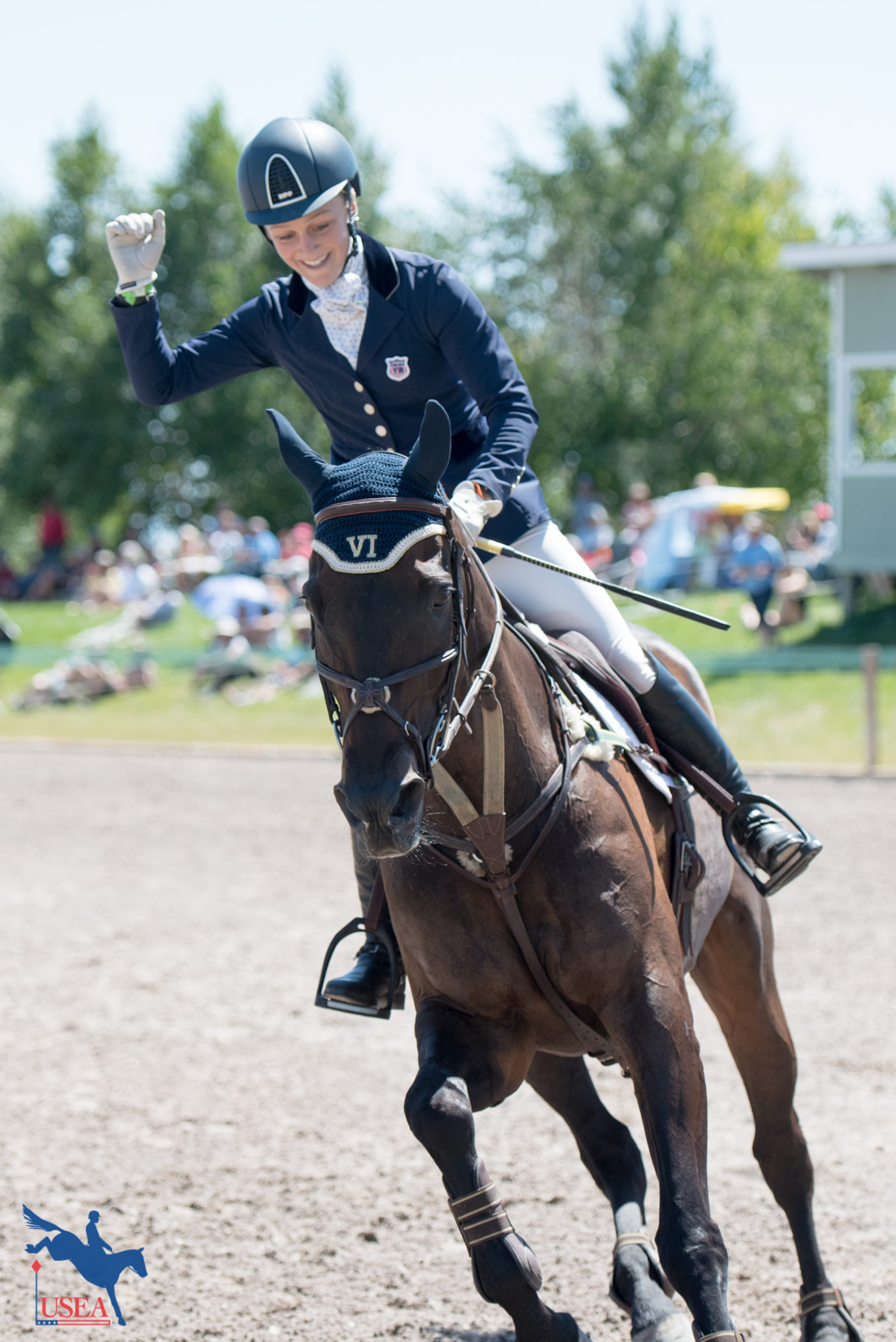 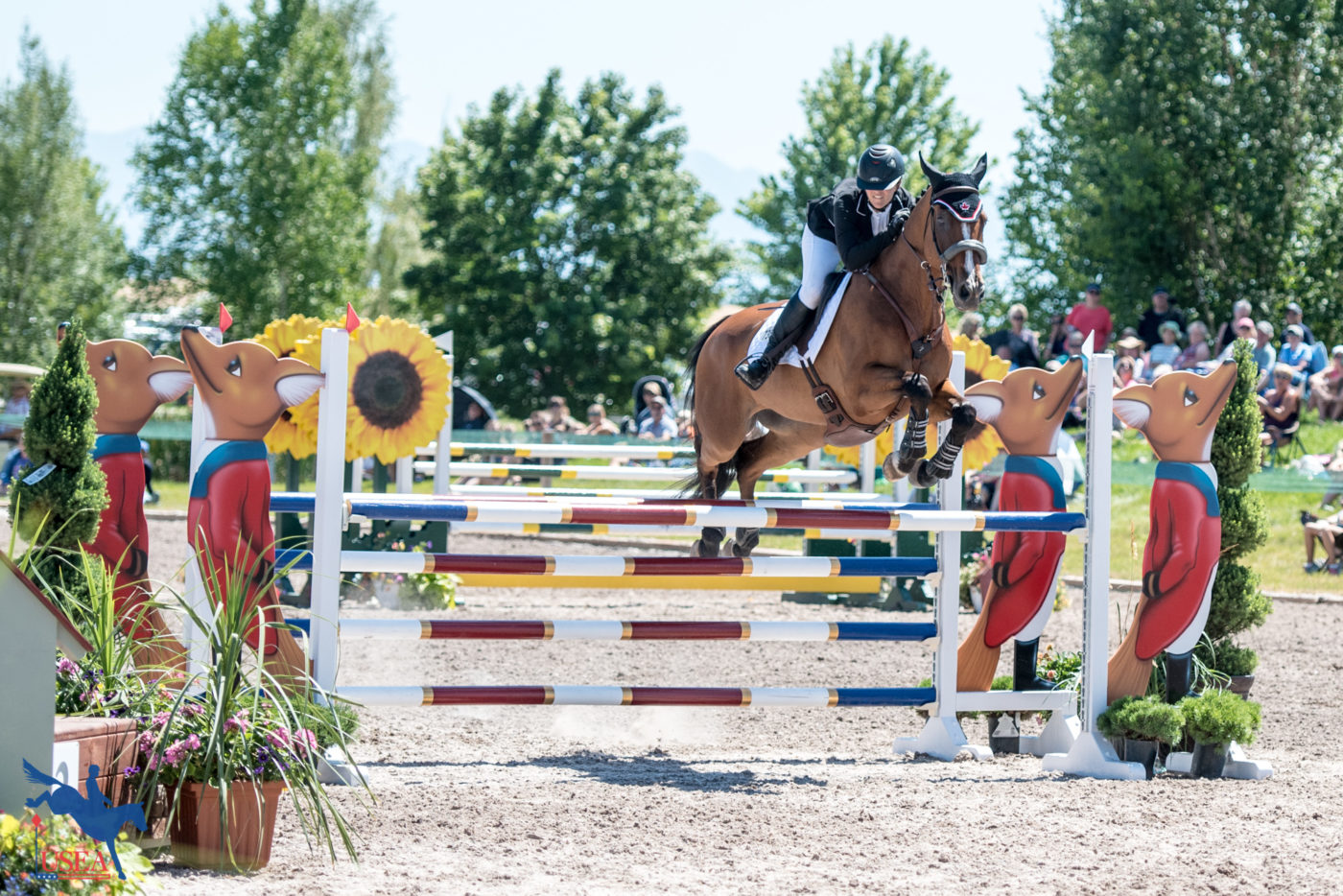