It was a week of firsts for The Event of Rebecca Farm with the Event hosting its first ever CCI3* and Kurt Martin winning his first CCI3* aboard Delux Z who was competing at his first CCI3*.

The inaugural CCI3* was a true three-day Event with a new rider sitting atop the leaderboard after each phase. When Buck Davidson and The Apprentice lowered six rails on Richard Jeffery’s show jumping course, it opened the door for Martin to take the win and $9,000 in prize money and James Alliston to finish second and earn $7,200 despite having three rails with Parker as well.

“I think the horse was a bit overwhelmed, and he was spooky,” said Martin. “I have ridden him long enough to know that was how he was going to go into the ring, and it wasn’t my smoothest round, but he trusts me so he was always going to go. “When he spooks he jumps higher, which is a good thing. I am really proud of him to put it all together at his first attempt and finish on his dressage score, which is not easily done.”

Delux Z is a 10-year-old Irish Sport Horse gelding (Lux Z x Drumin Imp) who is owned by Martin in partnership with his mother, Carol Jean Martin. The pair were the recipients of a USEF Land Rover Grant in order to travel to the Event from their home in The Plains, Virginia. “It is a real opportunity for someone like myself who doesn’t have the money to do it. My parents and I have bought some horses together and over time sold them, and this is another horse we did together. There is absolutely no way I would be sitting here without it. People are really behind the scenes that are making decisions for us and what they think would be in our best interest, and I think that is why am here. It is an amazing thing. I have gotten several grants and never were able to use it, so it is great to use it and with a good result. It was worthwhile to send me here, and I appreciate it.”

Martin and Delux Z were the only pair to finish on their dressage score in the CCI3*, finishing their weekend on a 47.0. Second-placed, Alliston added three rails to his score to finish on a 62.9.  “Congratulations to Kurt,” said Alliston. “I think he won by a lot in the end, so it wasn’t really close. I am really happy for Parker, though. If someone had told me I would be take second at the start of the show, I would have been delighted. It was a bit of a disappointing way to end the show really, it wasn’t the best show jumping round, but I am delighted with second and we will take that.”

At their last CCI (The Rolex Kentucky Three-Day Event), The Apprentice lowered six rails in show jumping and unfortunately today he matched that score to fall down the standings to third.

“Obviously I am disappointed,” said Davidson. “I didn’t come here to be third. But on days like this I always say ‘just turn on CNN’ and realize my life is not that bad. My horse was great in the first two phases, and I’ll be back and he will be back. I will just have to go back to the drawing board. That is one thing about this sport - you just have to keep trying and figuring things out.”

In total nine riders started show jumping today in the CCI3*, there were three double clear rounds (Kurt Martin and Delux Z; Bunnie Sexton and Rise Against; David Acord and Reigns for Justice), one round with just two time penalties (Sydney Elliott and Cisko A), three, three-rail rounds (James Alliston and Parker; Bella Mowbray and Star Vision; Avery Klunick and In it to win it), one six-rail round (Buck Davidson and The Apprentice) and one rider fall (Kiyomi Foster and Tasman Sea).

While the leaderboard shuffled in the CCI3*, it held steady in the Adequan USEA Gold Cup and Pro Tour Series CIC3* with the top four places remaining unchanged throughout the phases.

It is not often that a rider has five rails in hand heading into show jumping, but that was the case today for Tamra Smith and the Ahearn family’s Mai Baum, a 9-year-old German Sport Horse gelding (Loredano x Ramira). While she did use one rail, Smith still easily won the division.

“[Show Jumping] is his trickiest phase because he is so careful and spooky and he hasn’t had a lot of experience at this level,” said Smith.  “He was very good at the one-star and the Intermediate level, but when he went up to two-star and Advanced it has been a little bit of a struggle. He will leave from a gap sometimes and wants to add sometimes, and it is tricky in the show jumping when they are like that because you don’t know what he is going to do. We will get to know each other.”

For her win in the Adequan USEA Gold Cup Series, Smith took home $500 in prize money, 7-does box of Adequan, $350 in Nunn Finer Products and a pair of FITS breeches in addition to the prizes awarded from Rebecca Farm.

Barb Crabo and her longtime partner, Eveready, were one of only two pairs to leave all the rails in the cups although they did cross the finish line one second slow to add a time penalty to their overnight score. They had the time in hand, however, and finished the class in second place on a 70.2.

Third place went to Jennifer McFall and High Times who lowered two rails and fourth went to Anna Collier and Gleaming Road with just one rail down. Alyssa Phillips and Bliss III were the only pair to jump double clear in the class and in addition to finishing in fifth place, were also the winners of the Guinness Award Perpetual Trophy for being the highest-placed Young Rider.

About the Adequan USEA Gold Cup and PRO Tour Series

Qualifying for the 2015 Adequan USEA Gold Cup began last fall with the Plantation Field CIC3* (PA) and the Woodside CIC3* (CA) and features 11 qualifying competitions throughout the United States at the Advanced Horse Trials and CIC3* levels. The final will take place at the Nutrena USEA American Eventing Championships September 2015 in Tyler, Texas. Riders who complete a qualifier earn the chance to vie for $40,000 in prize money in the Adequan Advanced Division and the title of Adequan USEA Gold Cup Champion.

The PRO Tour Series consists of 13 premier destination events in the United States and Canada, featuring the best riders and most entertainment. Riders and Horses are awarded points on the PRO Tour Rider Leader Board and PRO Tour Horse Leader Board.

The Professional Riders Organization would like to thank the following sponsors for their support of the 2015 PRO Tour Series: KER Optimum Time, Tex Sutton, Triple Crown Nutrition, SSG Riding Gloves, and Midadlantic Ltd. 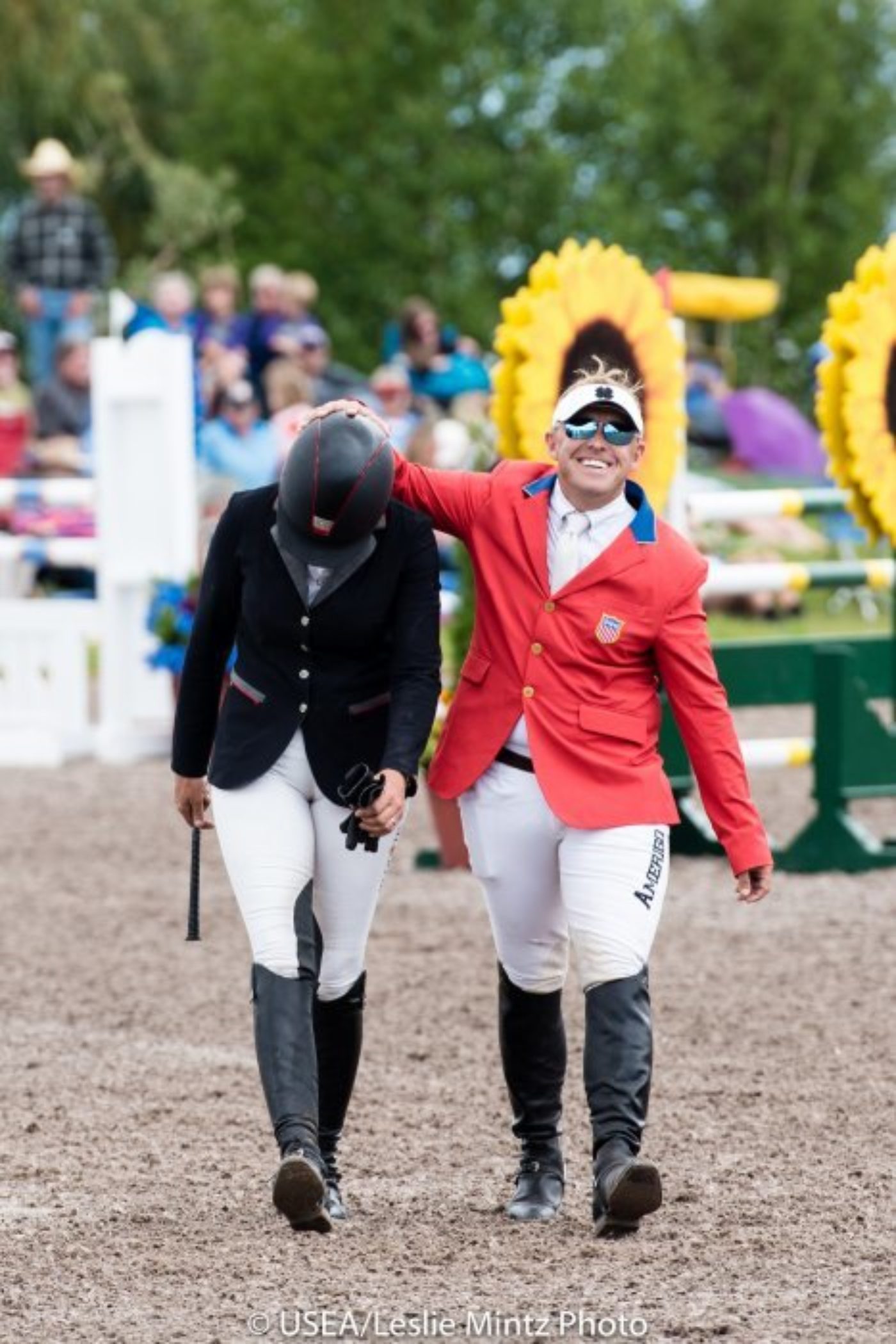 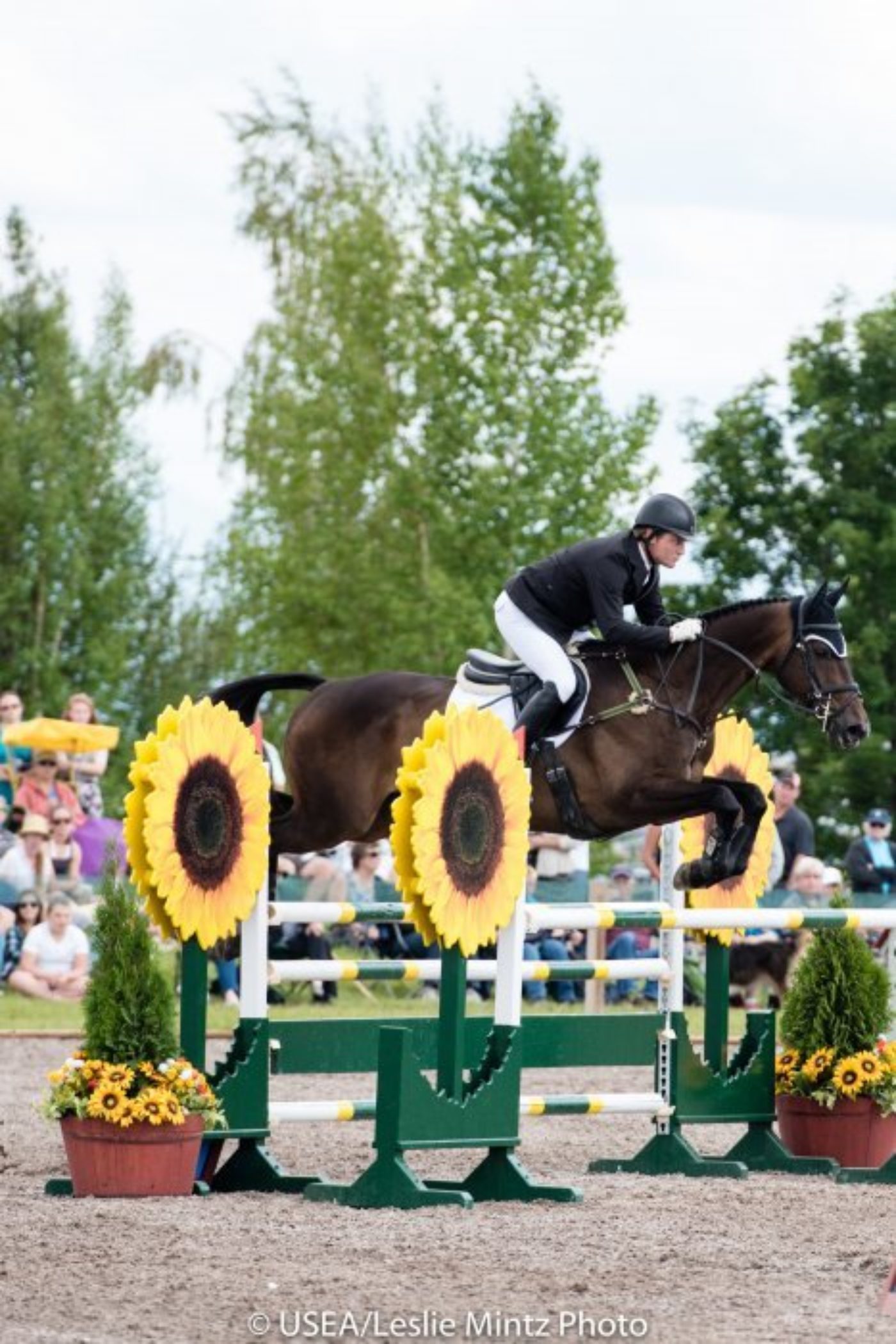 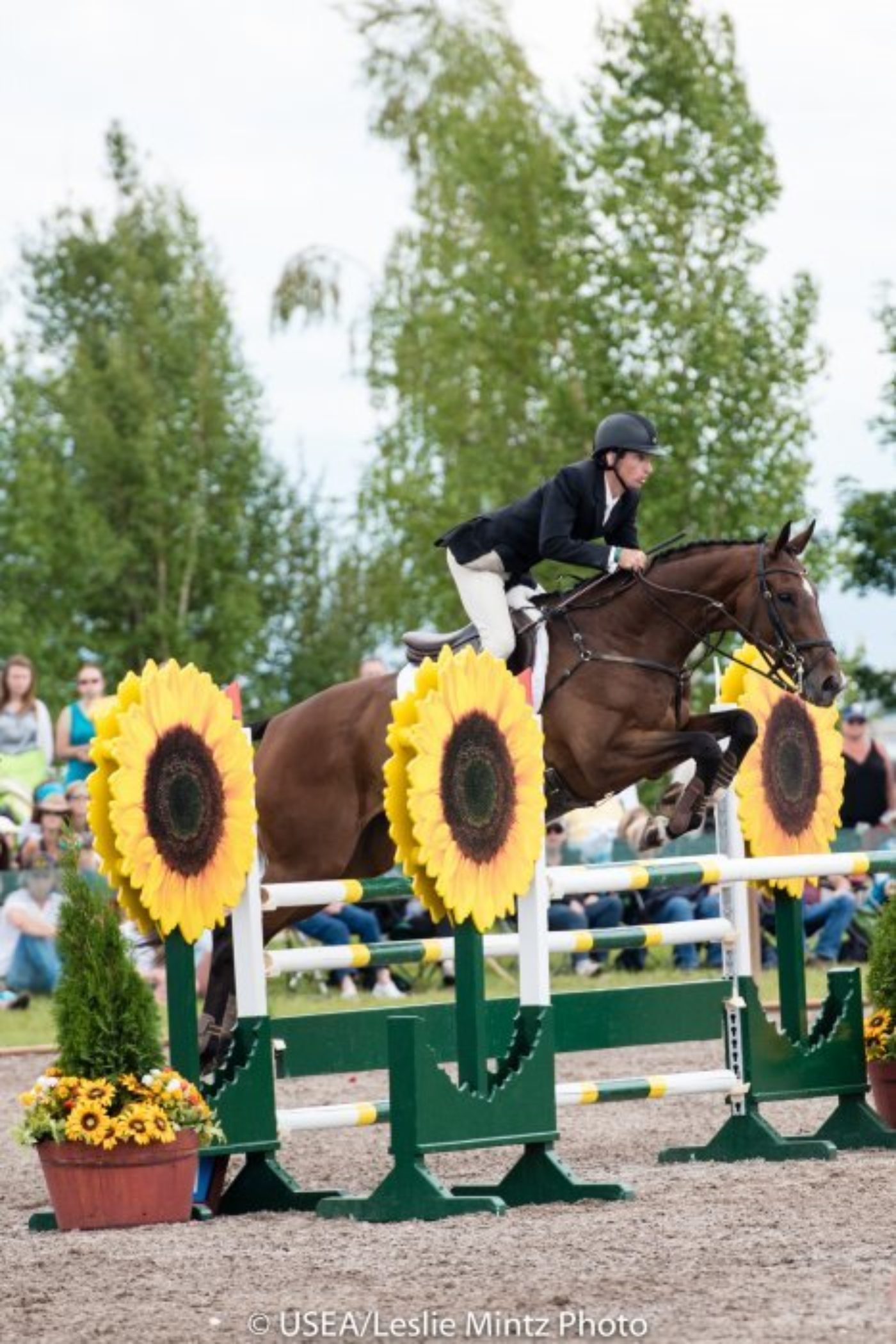 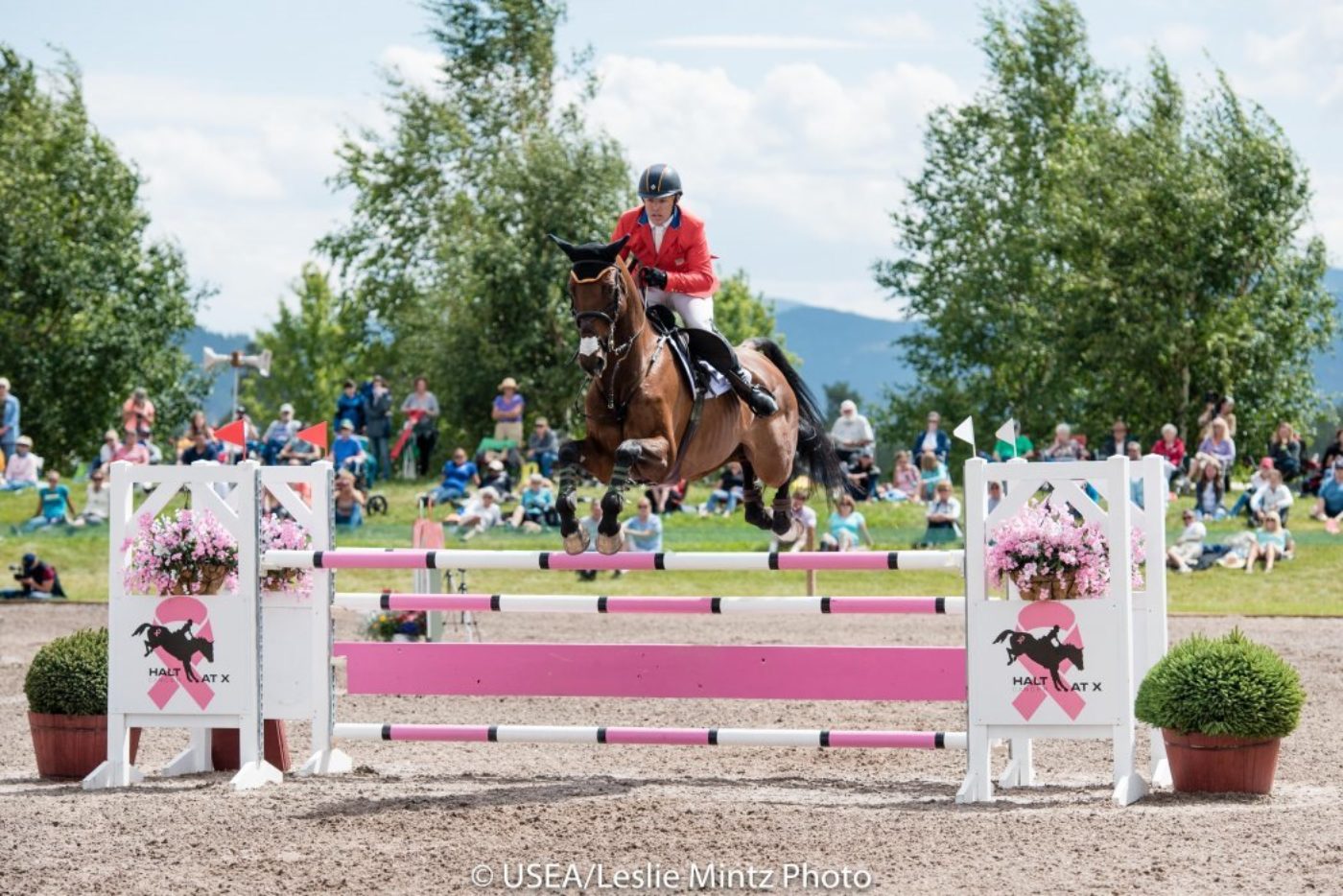 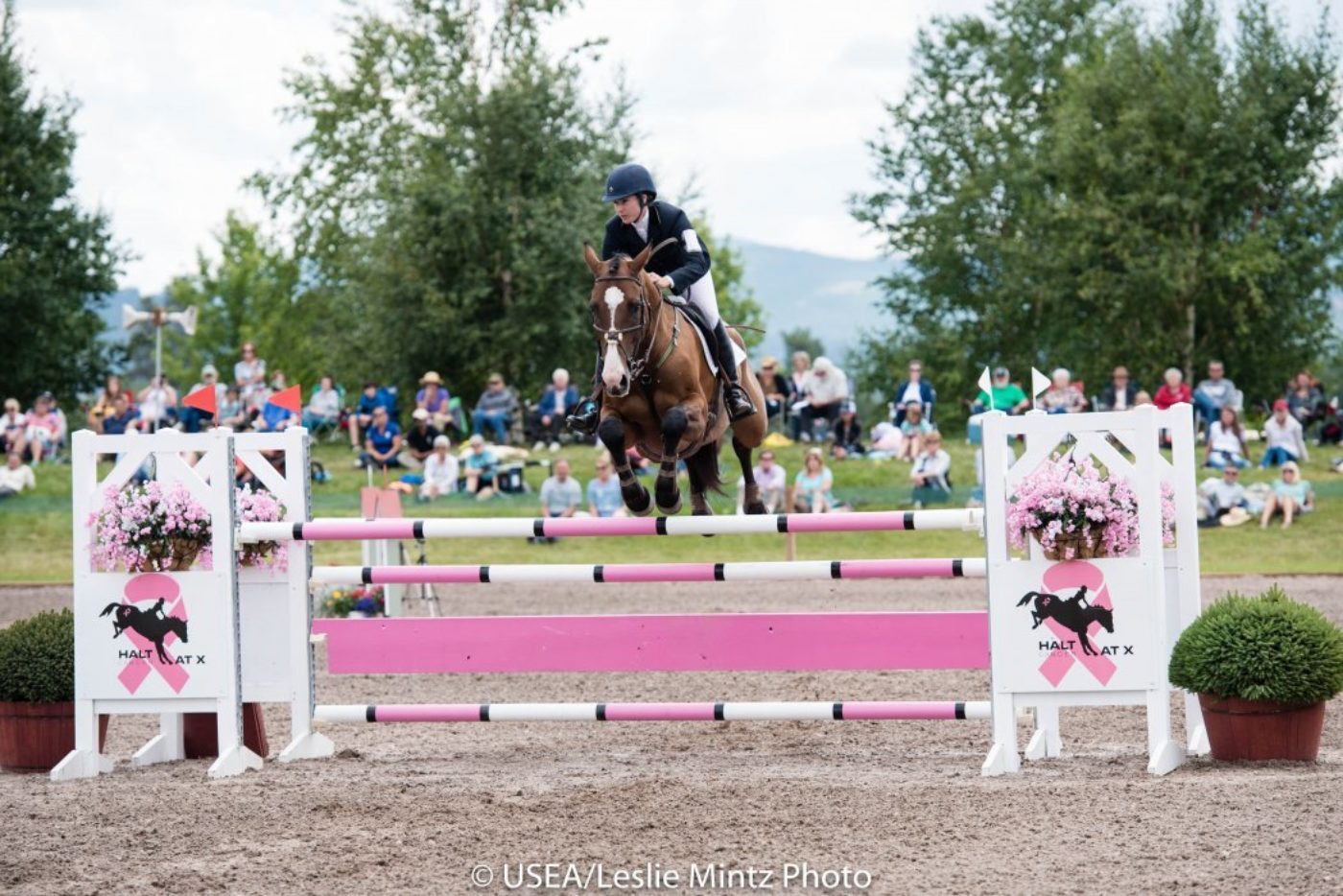 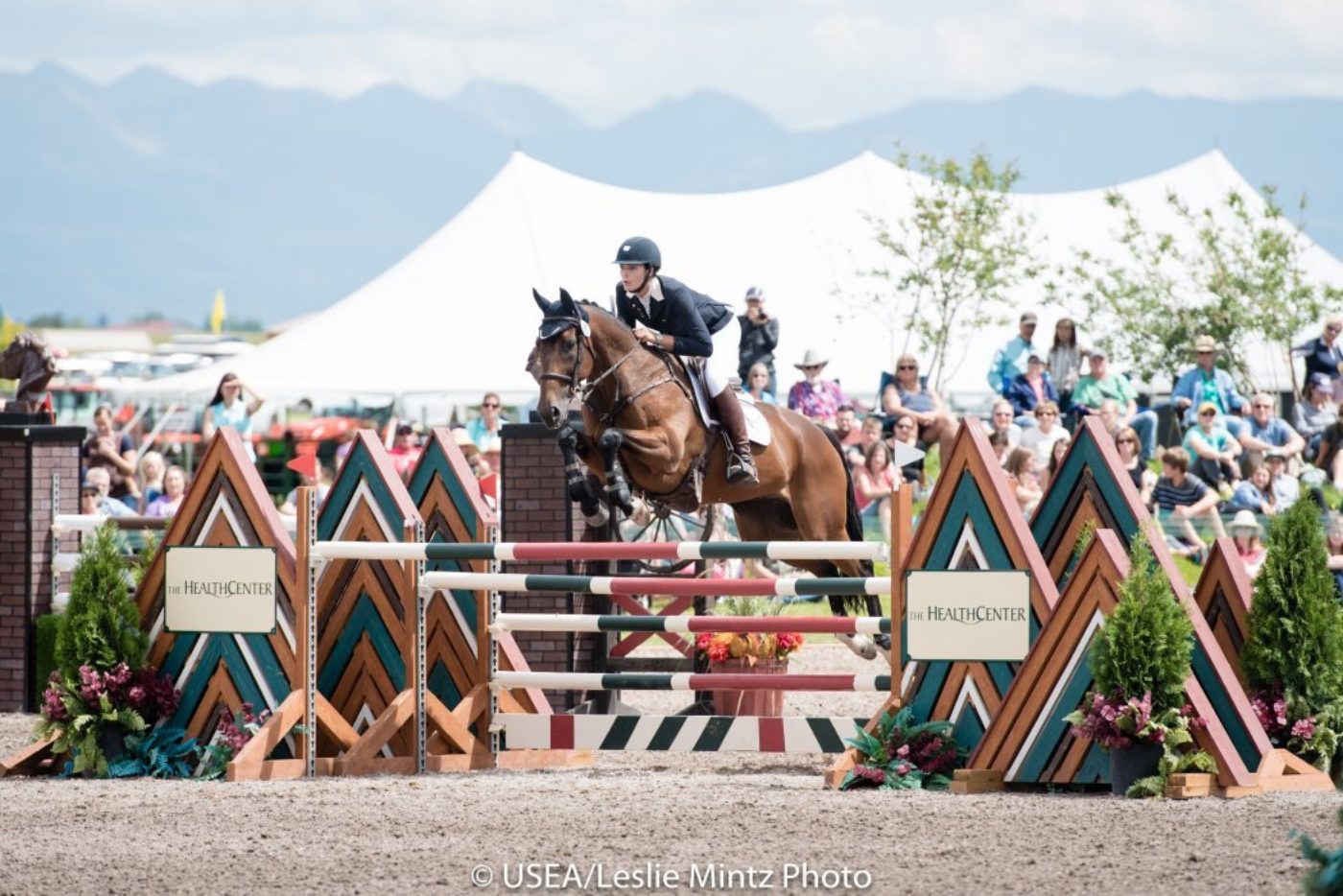 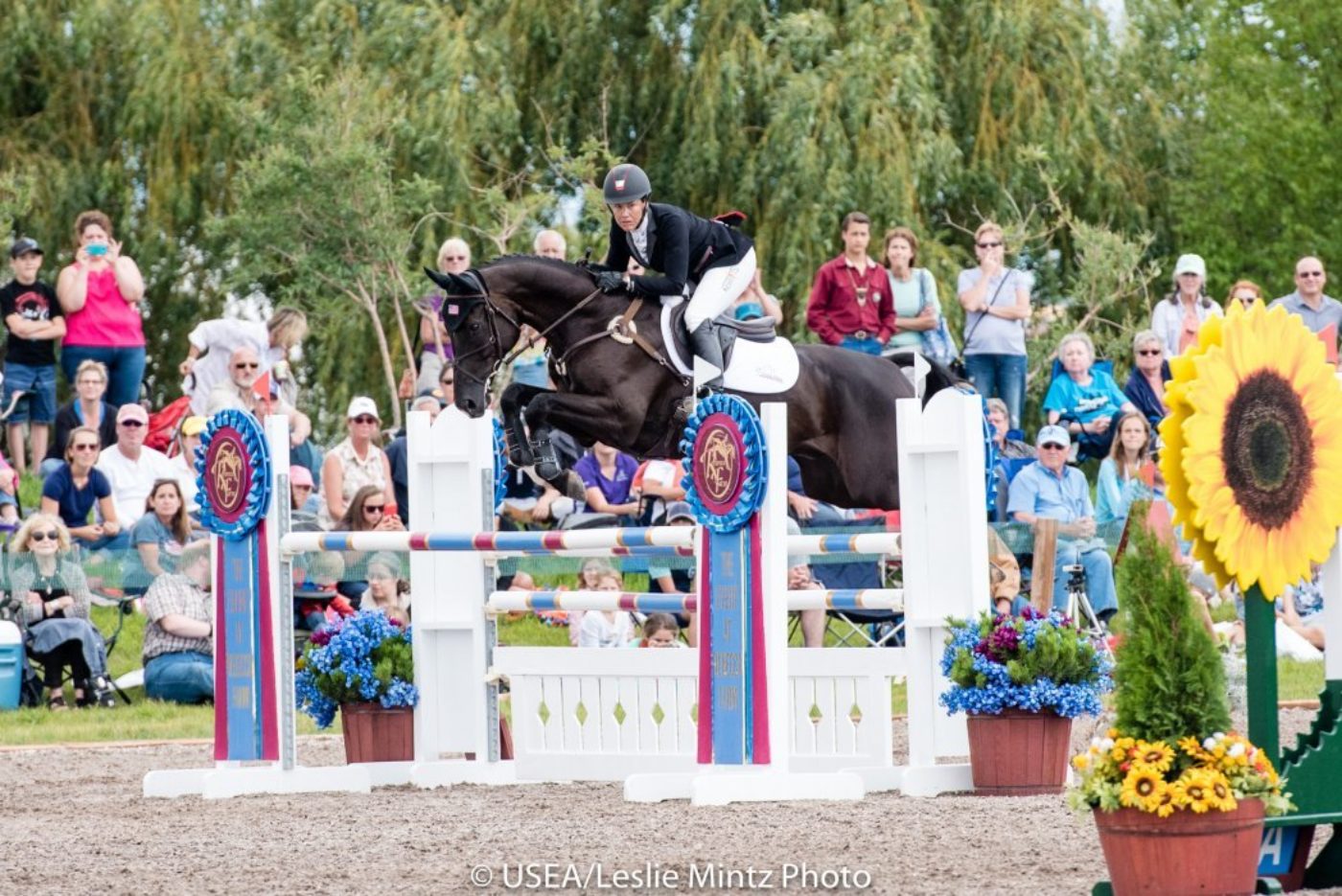 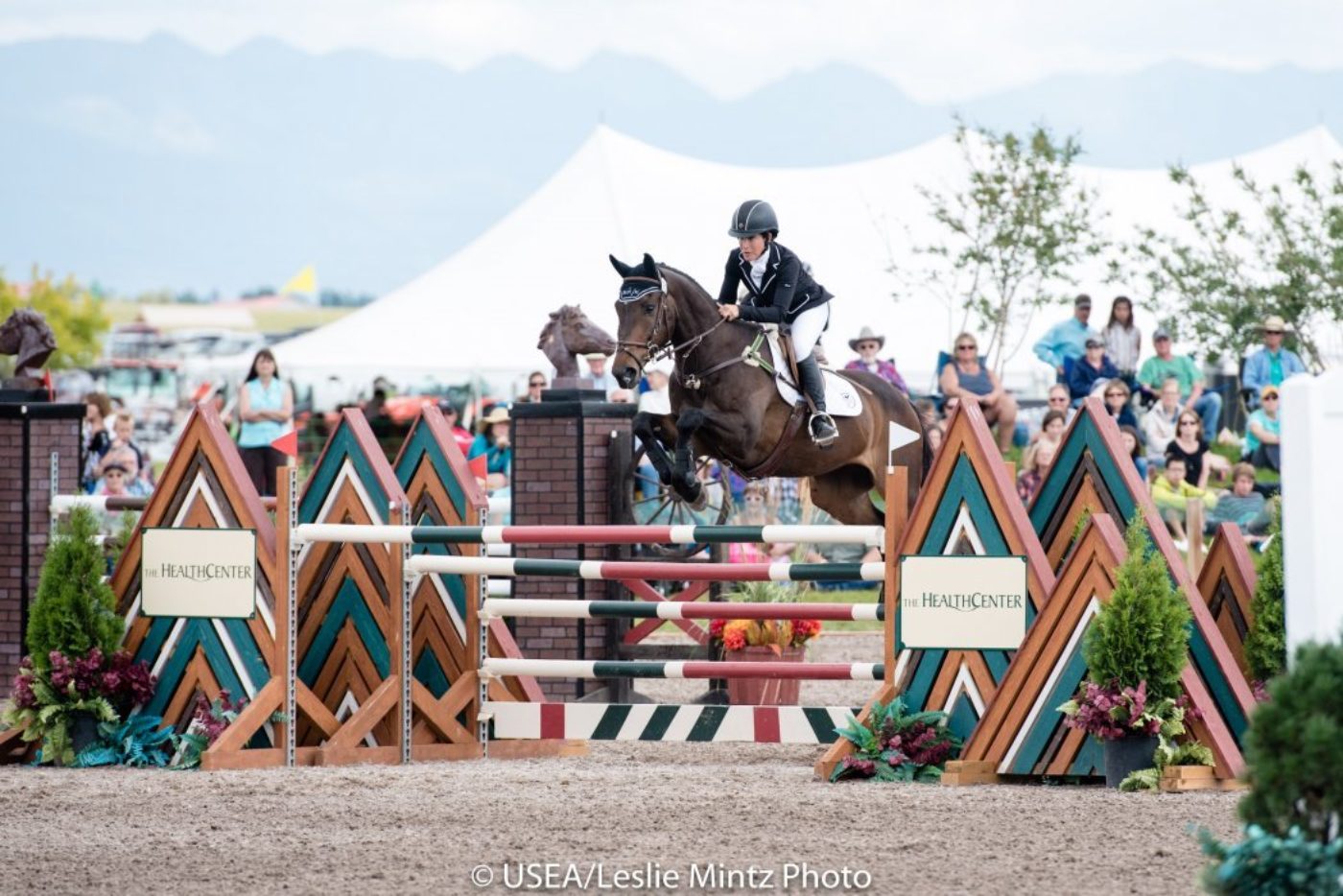 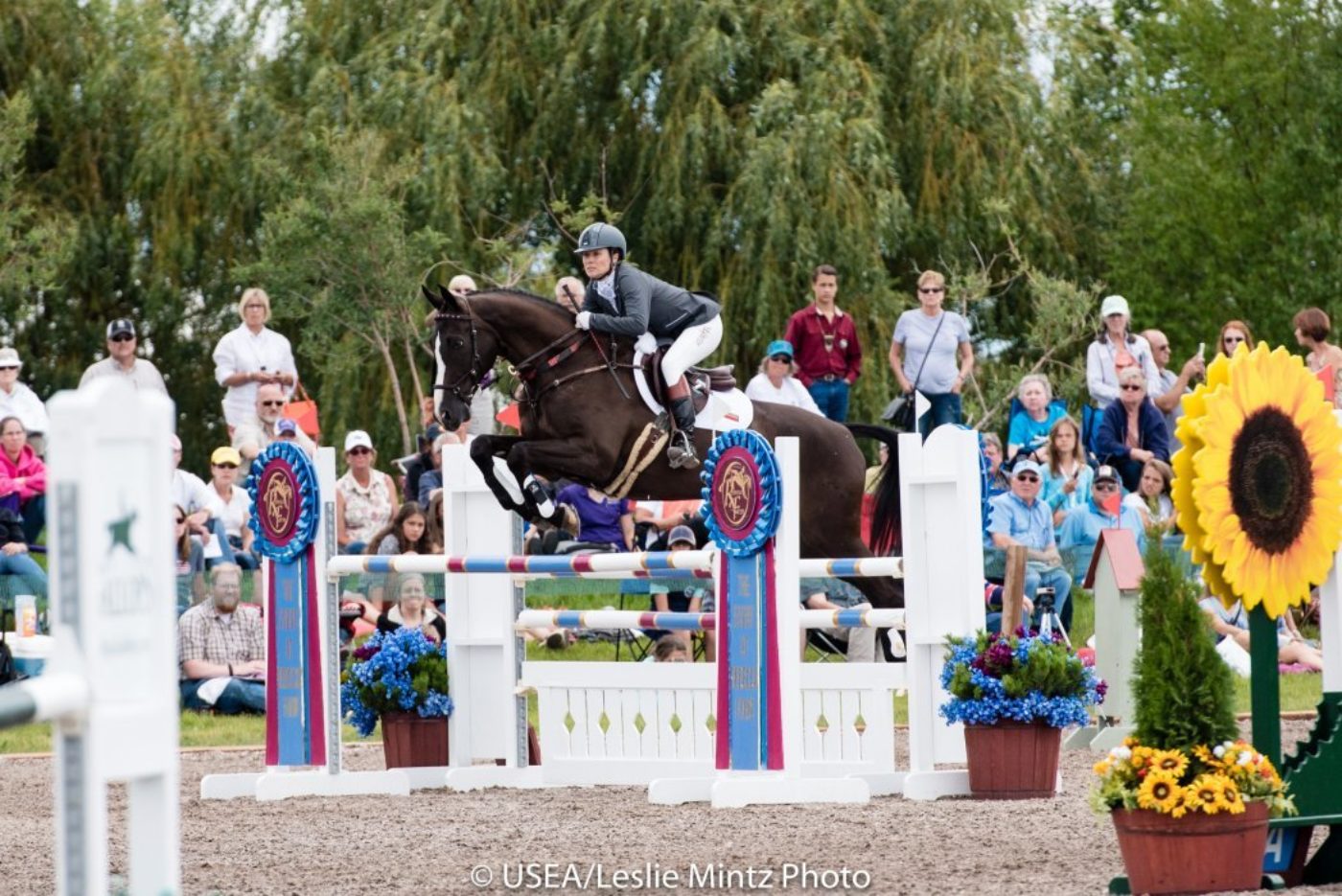 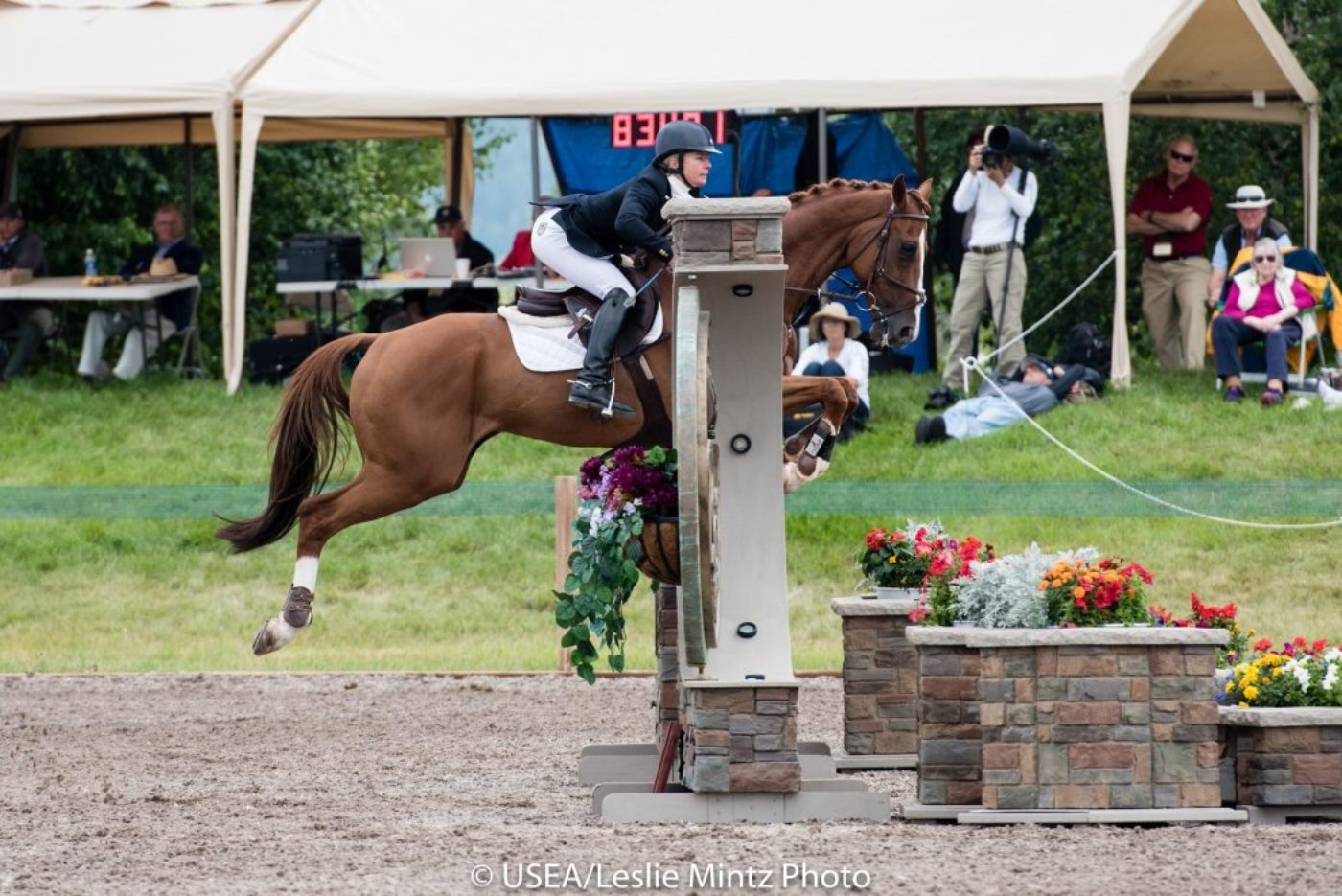 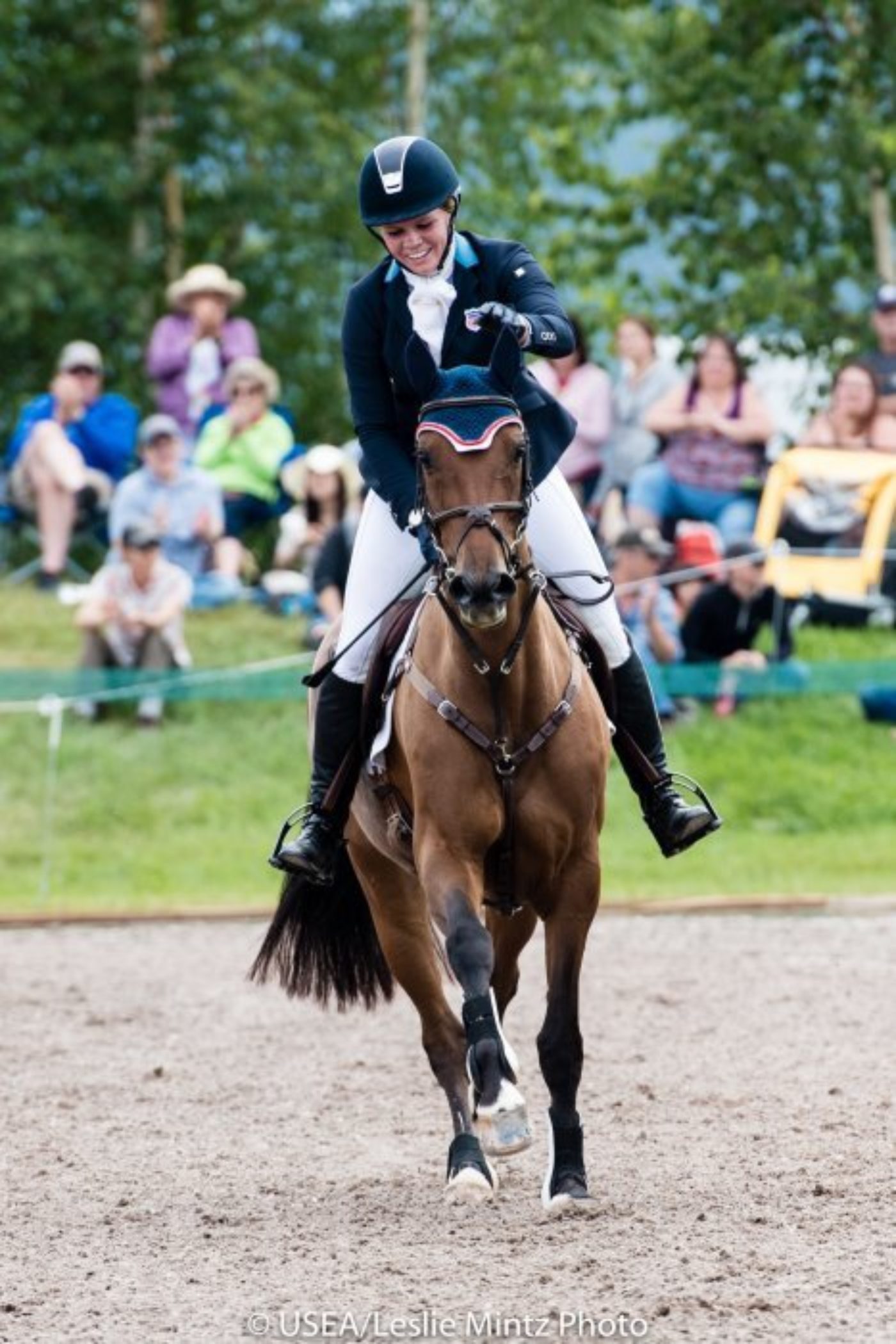