“It was a wonderful surprise to us to have so many numbers turn out this year,” said Graham-White, who will see an additional 22 horses along with Walker in the 2-year-old and yearling classes tomorrow. “We’re really pleased with that, but we’re also really pleased with the quality of horses we’ve seen because we’ve seen some really exceptional athletes.”

Walker agreed, “It’s been a rough year all around and to have this many horses – I’m pleasantly surprised. Carolyn [Mackintosh of the Maryland Horse Trials] has done a fantastic job here for so many years and everyone on the FEH Committee has worked in this direction for years, so it feels good to have this kind of support in a year where everyone could have just stayed at home.”

Called “Celeste” in the barn, Knuit d’Emeraude’s name is a bit of a play on words. “Because she is a [registered Holsteiner] filly, her name had to start with a ‘K’ that year,” explained Sharer. “’Nuit’ means ‘night’ in French, but in French, it’s not spelled with a ‘K,’ but I had to add it and in English you don’t pronounce it!”

Sharer bought Etoile d’Emeraude, Knuit d’Emeraude’s dam, as a yearling. “She has super top-notch bloodlines – she’s by Cicera’s Icewater and her grand-dam is by Abdullah,” Sharer said. “She got hurt and needed a year and a half off, so I decided to breed her. I have a cousin in France who breeds event horses and she said you go with Contendro [for the sire]. At the time I was riding for Ellen Ziemer and she had just gotten a Thoroughbred mare, and we had some leftover frozen Contendro semen so we bred her thinking it probably wouldn’t work, and it worked! That’s how I ended up with Ciel d’Emeraude. I was never going to breed in the first place and I ended up with two! Now, I’ve bred Ciel d’Emeraude to Knuit d’Emeraude’s dam, so that’s coming up next year, and I also bred him to a Connemara mare. I was never going to breed and here I am!”

“She is the sweetest thing in the barn,” Sharer said of Celeste. “She’s my first child! She the sweetest and the easiest – everyone loves her. She has super kind eyes and she’s really good. I was really happy with her today – Martin did an amazing job handling her. Usually she’s pretty easy to handle and I do it, but it was so nice to sit back and be an owner today. It was a bit new for me because I’m usually riding or showing – I actually really appreciated it.”

Celeste and her half-brother are walking, trotting, and cantering with a saddle on their backs, but haven’t experienced a rider outside of their stalls. “I’m hoping this winter when shows are a bit down I’ll have more time to work with them. I’m hoping these will be my top horses for eventing so there’s no rush whatsoever.”

Pollak, who owns Beall Spring Farm in Beallsville, Maryland, explained that BSF Frame Charleston was a “spare,” – an embryo that was supposed to be a backup just in case the original breeding failed. Unfortunately, the original breeding did fail, but Charleston was carried to term. “I started working with a woman from Sweden, Elise Frederickson,” Pollak explained. “I brought mare, Sahara, into the United States. She earned elite status from the Swedish judges. She passed away, and her daughter, BSF Savanna, was sold to Ann-Louise Cook in Florida. She called me one night and asked me if I’d like to breed Savannah, and I said, ‘Are you kidding?’ We bred Savanna to Shakespeare RSF, who was in Wellington at the time training Grand Prix dressage. We bred the embryo and drove it to Ocala and Ann-Louise called me up and said she thought we needed a spare. I said, ‘You want me to do it again?’ And she said, ‘Yes, and you keep the foal.’ Well, we lost the first embryo, but Charleston is the spare!”

“It’s been a wonderful adventure for me with Martin,” Pollak said, who has worked closely with Douzant for many years. “It’s a bit overwhelming! I brought Charleston up from Ocala when he was four months old and we’ve had him at our farm since – he’s only been with Martin for a little over a month. He’s very new to all of this so I’m very proud of him. He’s a special one. I can’t wait to call Ann-Louise!”

Complete scores from today's competition can be found here. Stay tuned for tomorrow's coverage for the FEH East Coast 2-year-old and yearling Championships! 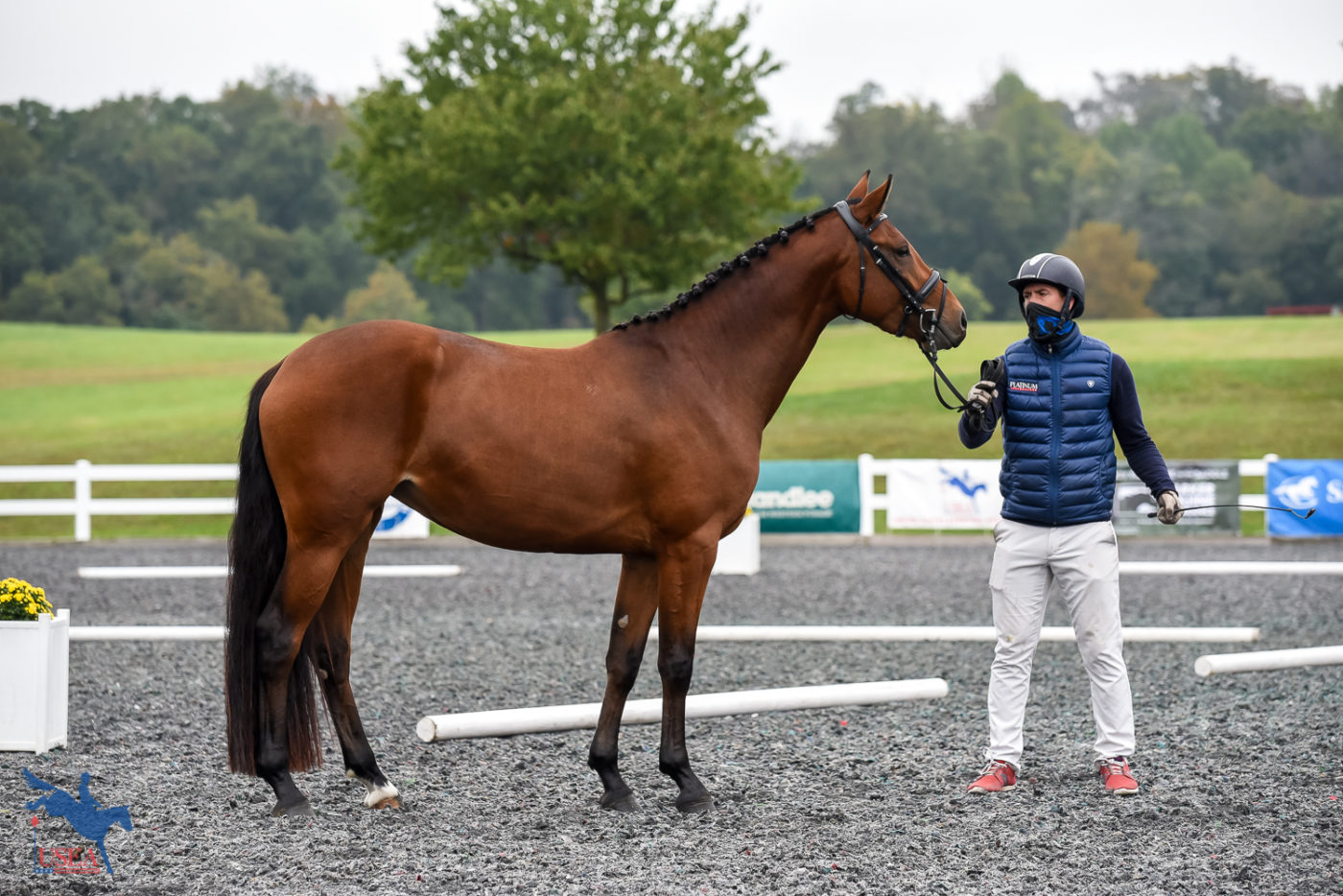 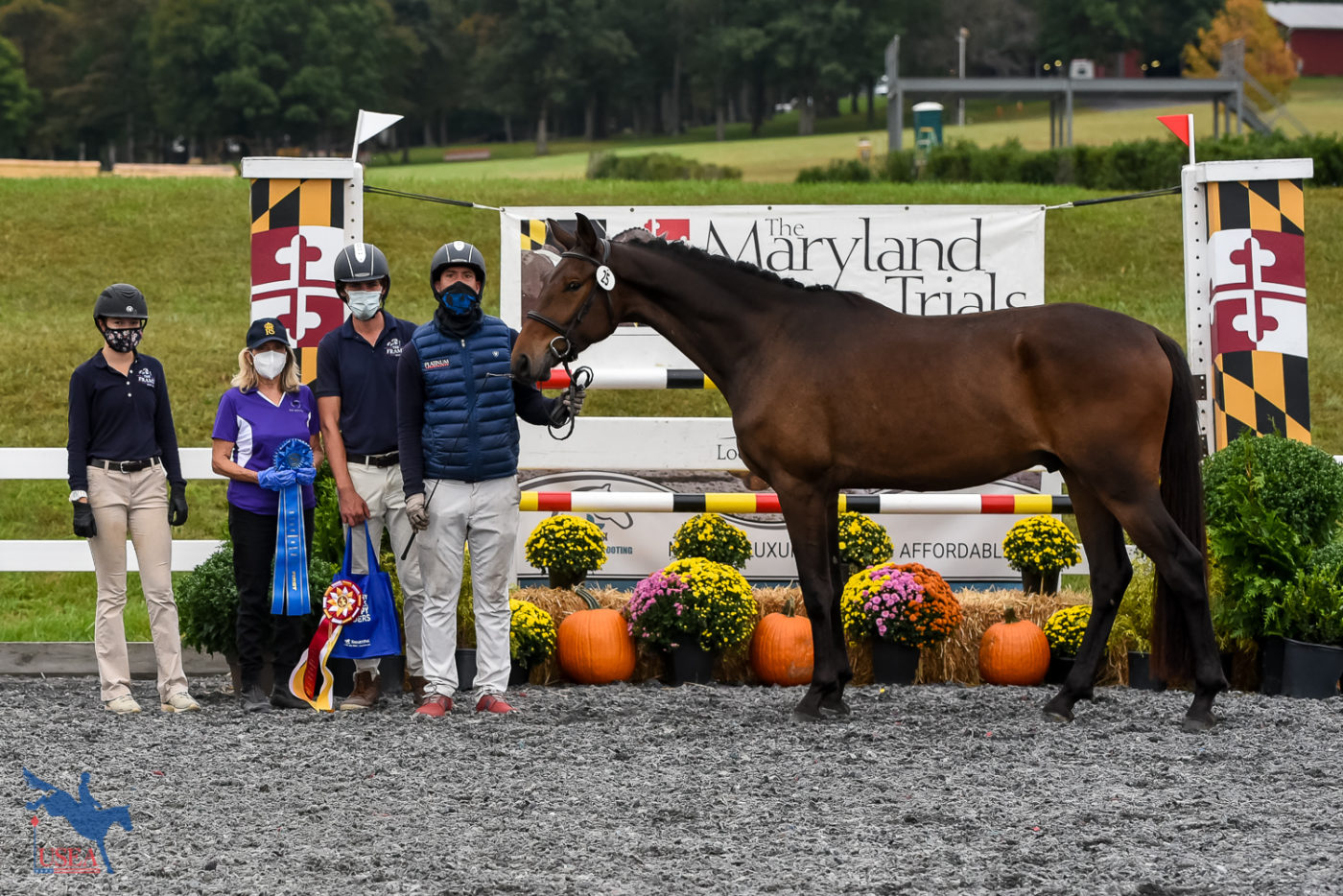 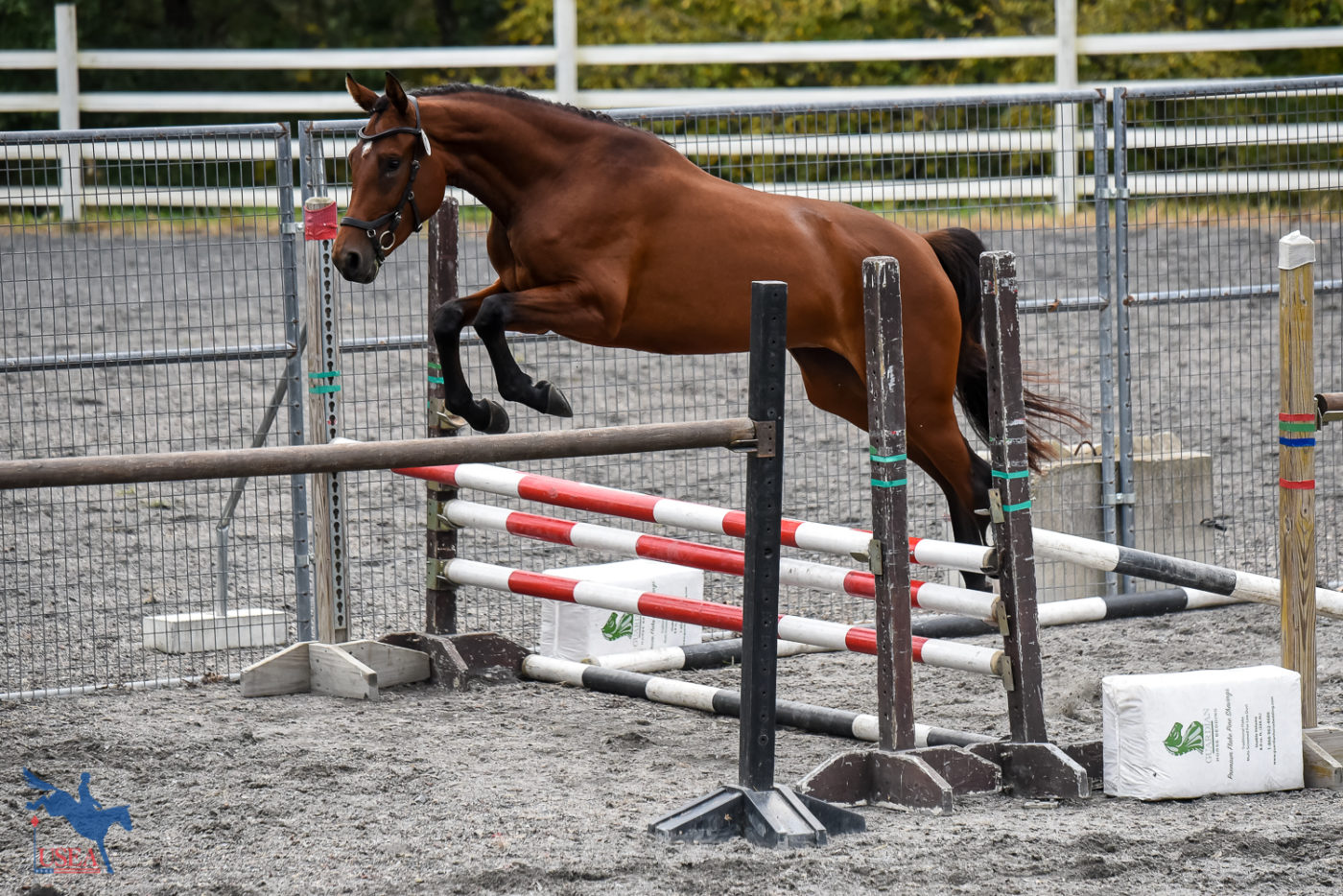 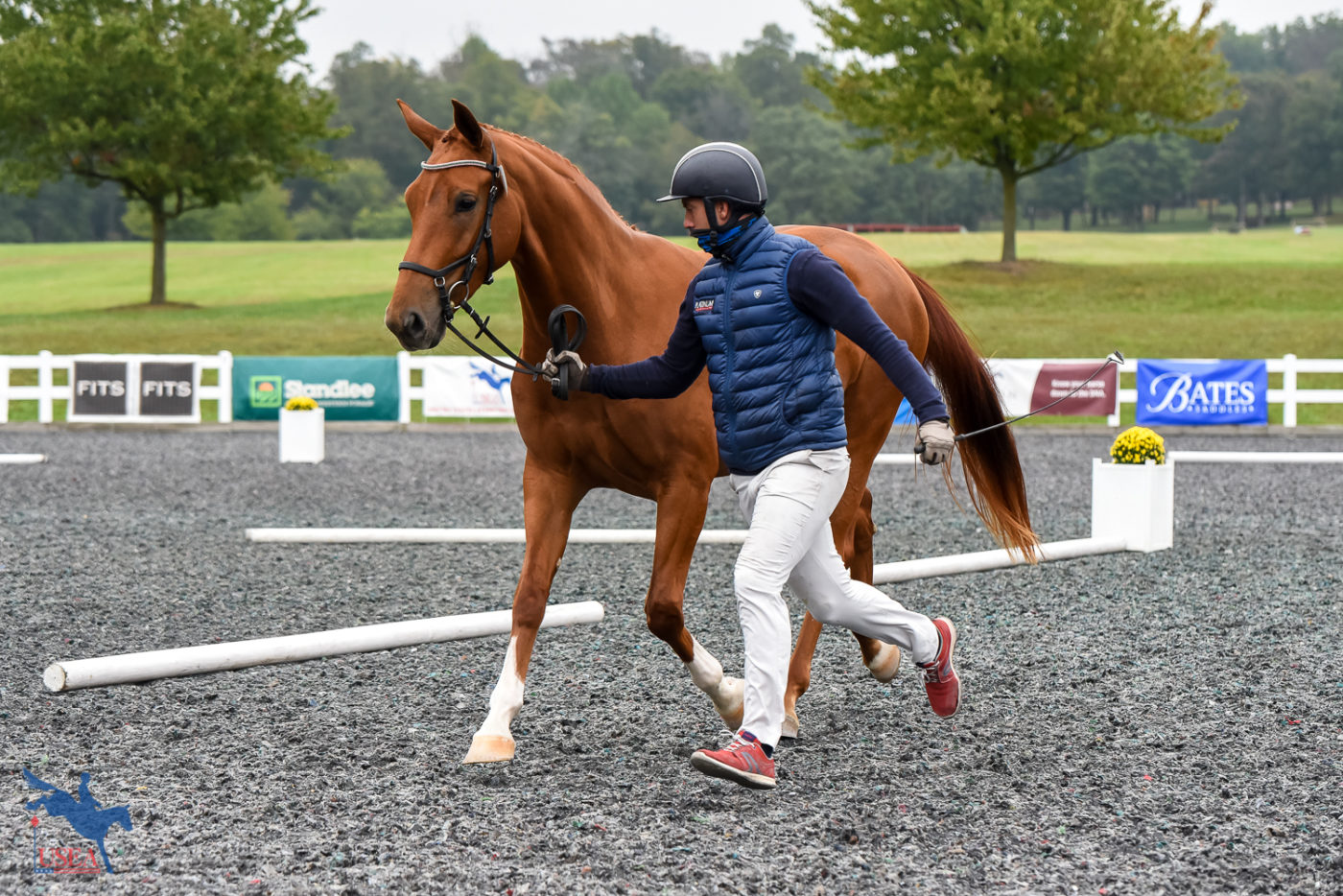 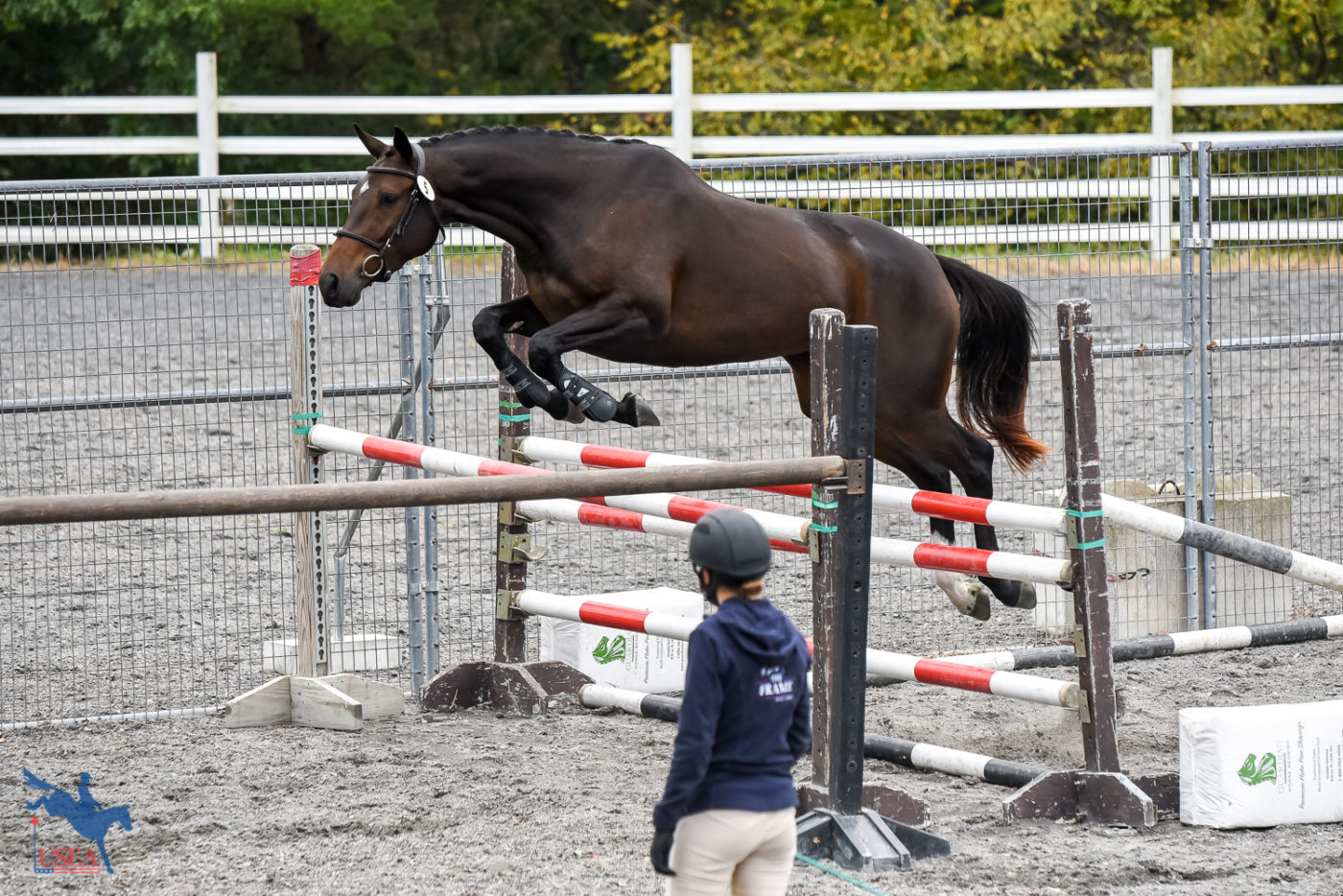 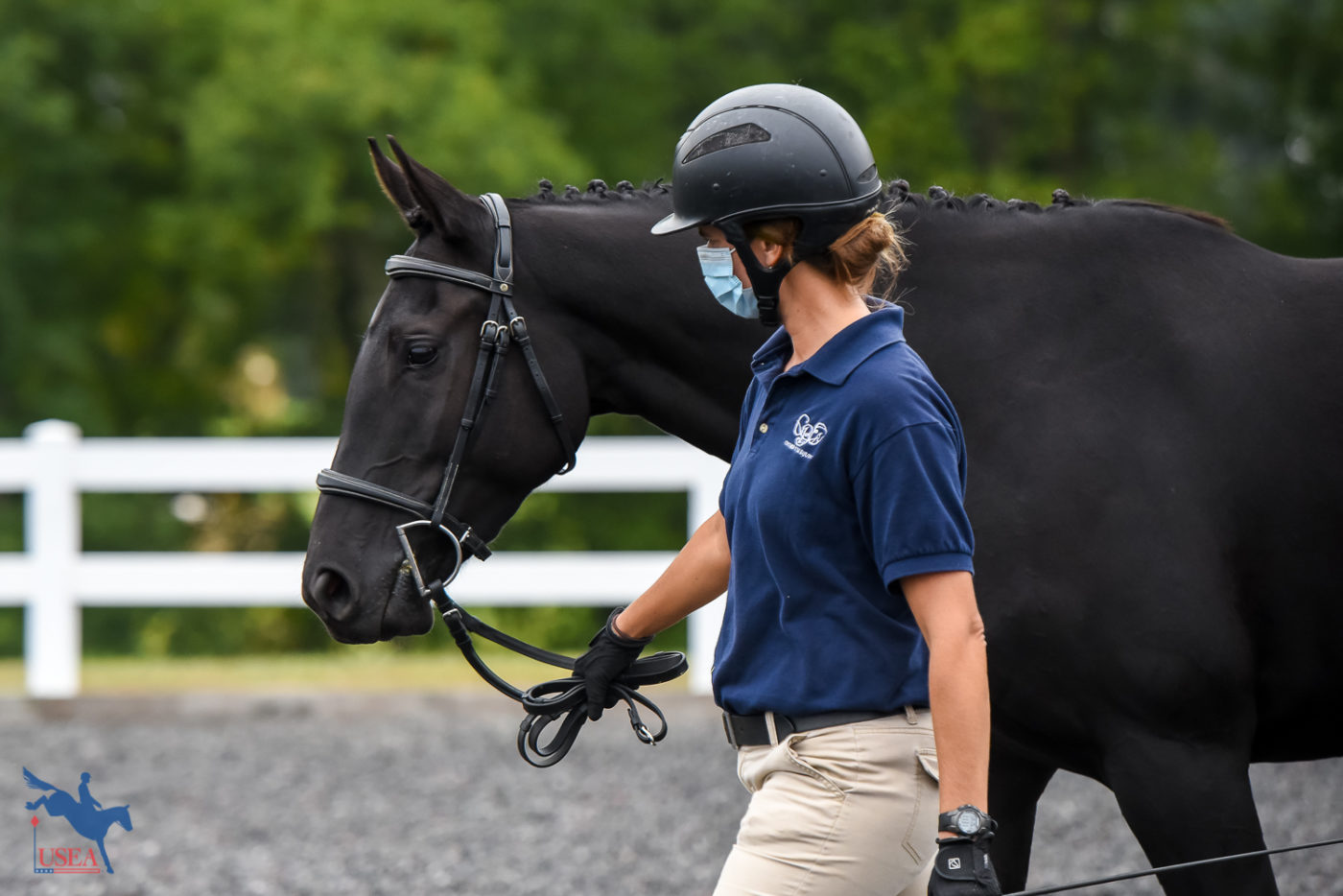 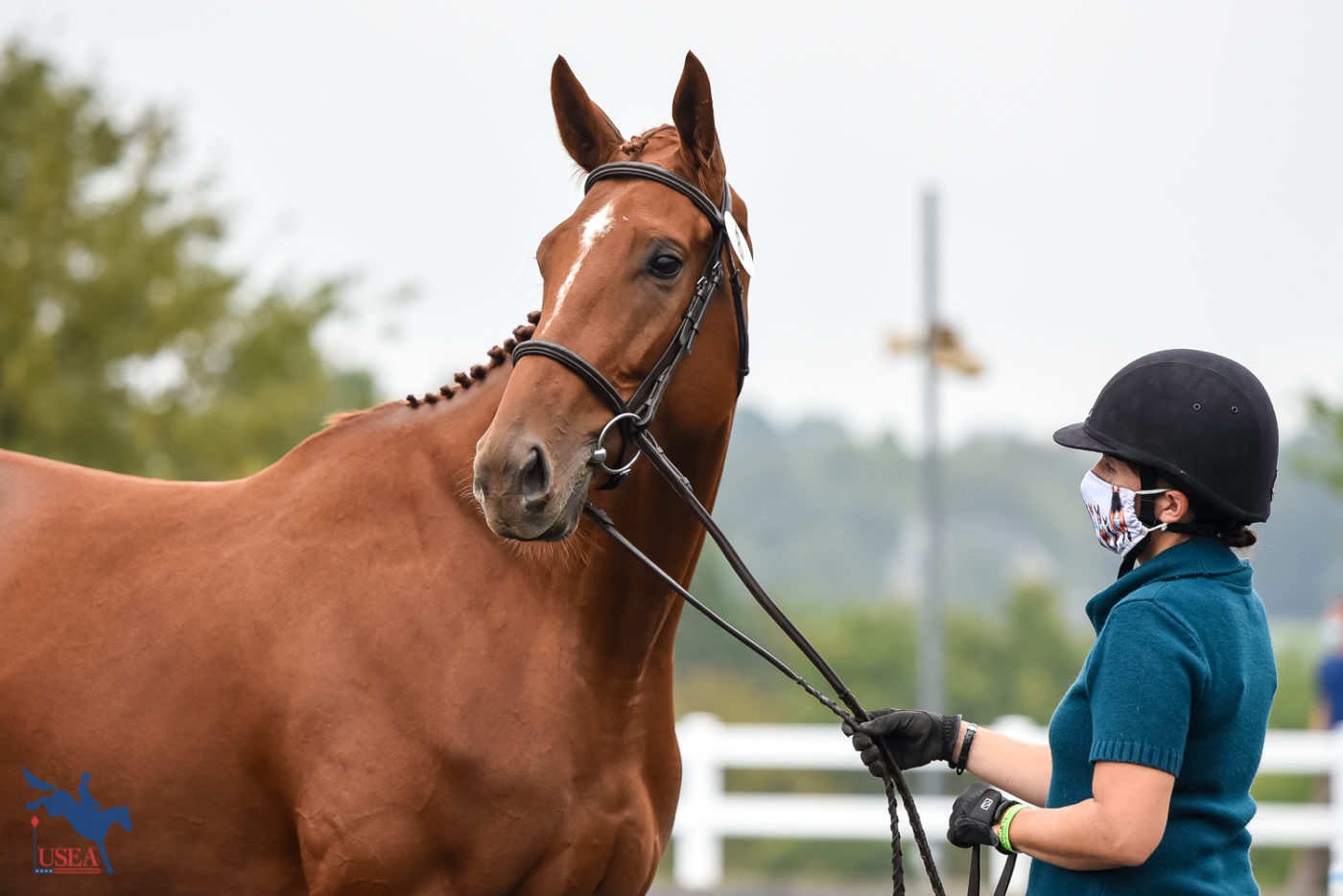 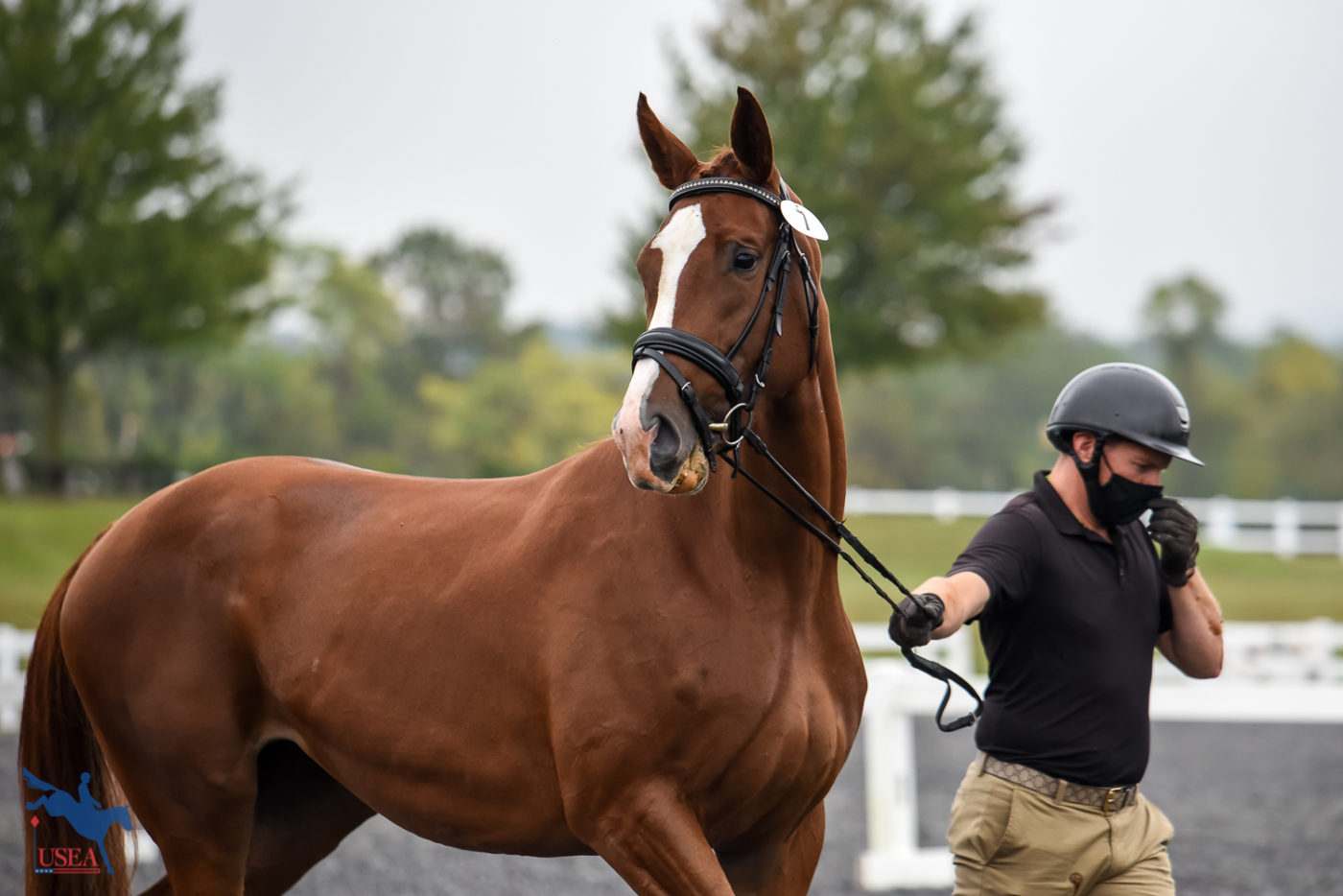 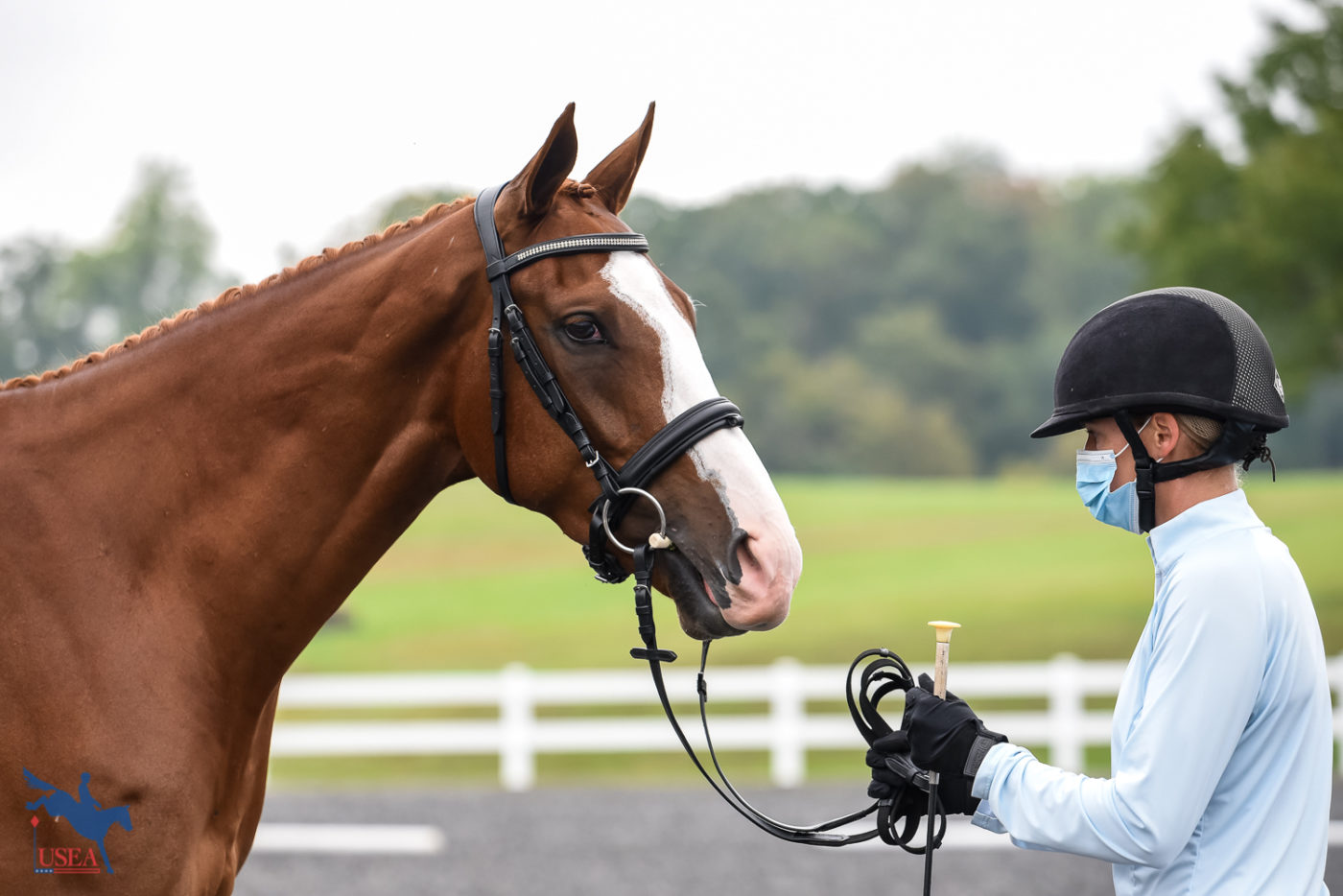 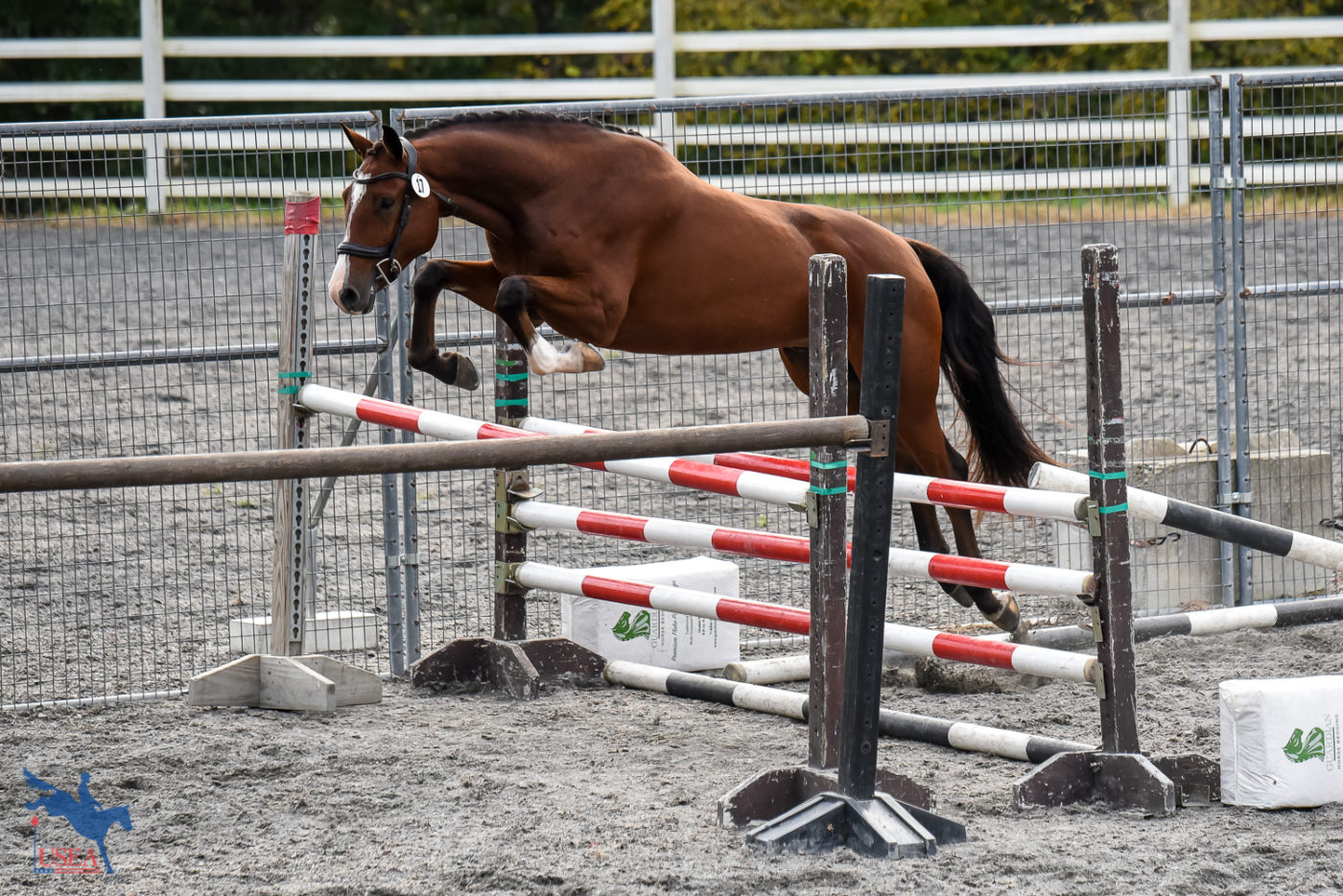