King of Kentucky is Looking to be Master of Maryland

The U.S. is happy hunting ground for Cooley Master Class, Angela Hislop’s 16-year-old Irish Sport Horse gelding (Ramiro B x The Swallow), and so FEI World #1 Oliver Townend keeps crossing the pond to compete in the U.S. five-stars. After back-to-back Kentucky Three-Day Event wins, Cooley Master Class couldn’t defend his title due to a cut keeping him from passing the final jog. He came back to the U.S. to add a new trophy to his collection and is off to a great start scoring a 21.1 and leading the field by a mile following the first day of dressage of the Maryland 5 Star at Fair Hill.

“I don't think Burghley particularly suits him and Badminton I am normally booked up with two other rides. So, he gets to come to Kentucky and he seems to really, really enjoy that,” explained Townend. “He has never felt as happy. He’s been fairly mad all week for him, and he is a lazy horse by nature, but he is squealing and messing about. He’s been a pain in the backside all week, and I don’t mind just as long as you go into the dressage and behave yourself, which he’s done better than ever before. We couldn't be happier with him; he is a very special horse to the whole team. We've got him as fit as we can and he seems on very, very good form.”

Sitting in a tie for second is a veteran five-star horse and five-star first-timer – and both Pan American individual silver medalists and team gold medalists. Both Harbour Pilot and RF Cool Play scored a 28.0. Harbour Pilot, Jacqueline Mars’ 18-year-old Irish Sport Horse gelding (Cruising x Shannon) has been around every five-star in Europe and the U.S. with Hannah Sue Burnett, but is now contesting the five-star just down the road from her homebase.

“I was really happy with my horse,” said Burnett. “He was very fluid and rideable. I felt quite a bit of pressure going in because he was so relaxed and ready to put in a very good test. And at one point I did kind of lose track of where the centerline was and went a little bit to the side of it and then veered back. Otherwise, I was really happy with the whole test and how we performed as a partnership.”

The Donner Syndicate’s RF Cool Play, a 13-year-old German Sport Horse gelding (Condors Champion x Roxana) is making his five-star debut with Lynn Symansky and set himself up for a good weekend by scoring a 28.0.

“He was quite hot the last two days, but I thought his trot work was pretty excellent for him,” said Symansky. “I gave away some points in the changes which was a little uncharacteristic, so the score could have been better but that won’t matter on Saturday. For his first time at the level I was quite happy with him.”

While it was all about dressage today, the focus of the press conference was all about Ian Stark’s cross-country course as the theme seems to be that the Maryland 5 Star is not going to be a dressage show.

“The fences are fair, obviously what we expect from a five-star, but then you add the terrain, you add the five-star, you add the pressure, and it's going to be a very, very tough day on Saturday,” said Townend. “I don't think everybody will make it to the end. I think there will be trouble throughout the whole course. I think it's going to be very, very tough and the terrain will probably play the biggest part in that. We always think of Burghley as the toughest terrain, but for here it is a bit more intense, steep climb, drop down, steep climb, drop down. It's just very different things out there.”

“But Ian was a very big hero of mine. And he was a very brave rider, and he is a very brave course designer, and I have a lot of faith in him. So hopefully if we do our jobs and look out for our horses and ride with the terrain, we'll be able to create a very good, exciting day,” continued Townend.

Symansky added her thoughts on the course, “I think he was pretty brilliant in using every single inch of an uphill climb. You want to be sitting on a really fit horse. It's attacking, it’s bold, it’s everything a five-star should be. It has a very old school type of feel to it, but also with modern designs.”

Twenty-three more five-star horses will have their turn in the dressage ring tomorrow beginning at 1:00 p.m. looking to knock Townend out of the top spot. Then all eyes will turn to cross-country on Saturday. 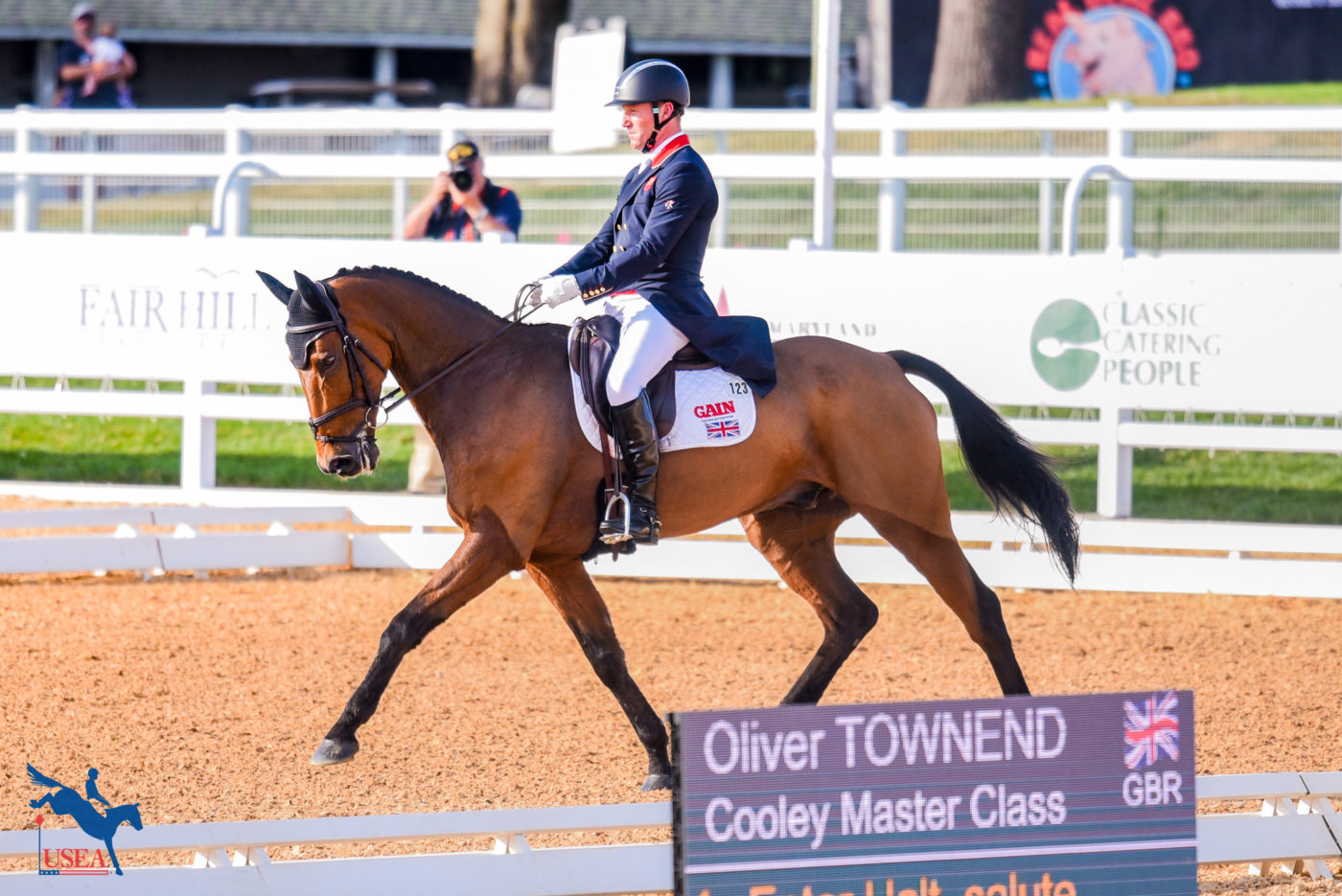 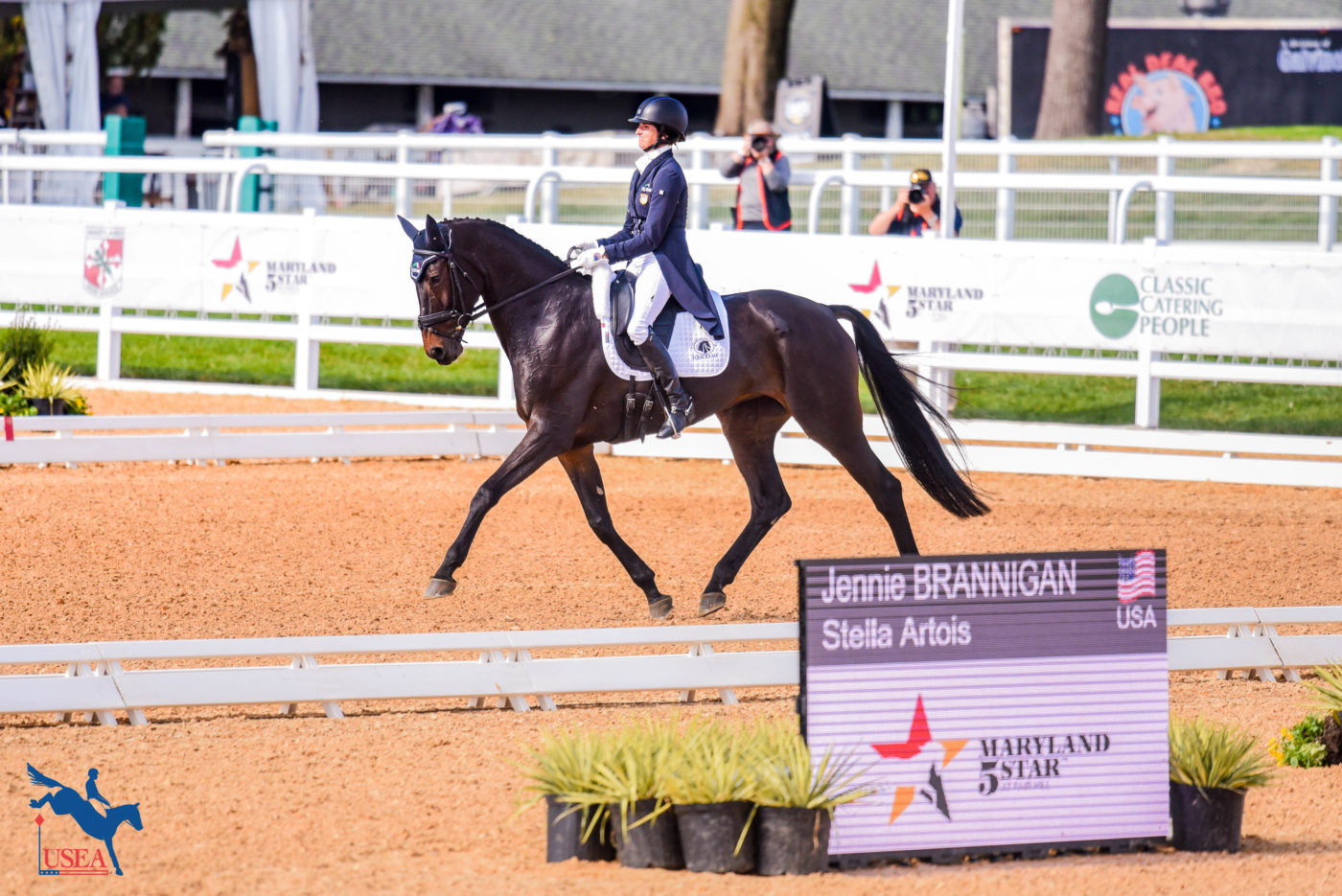 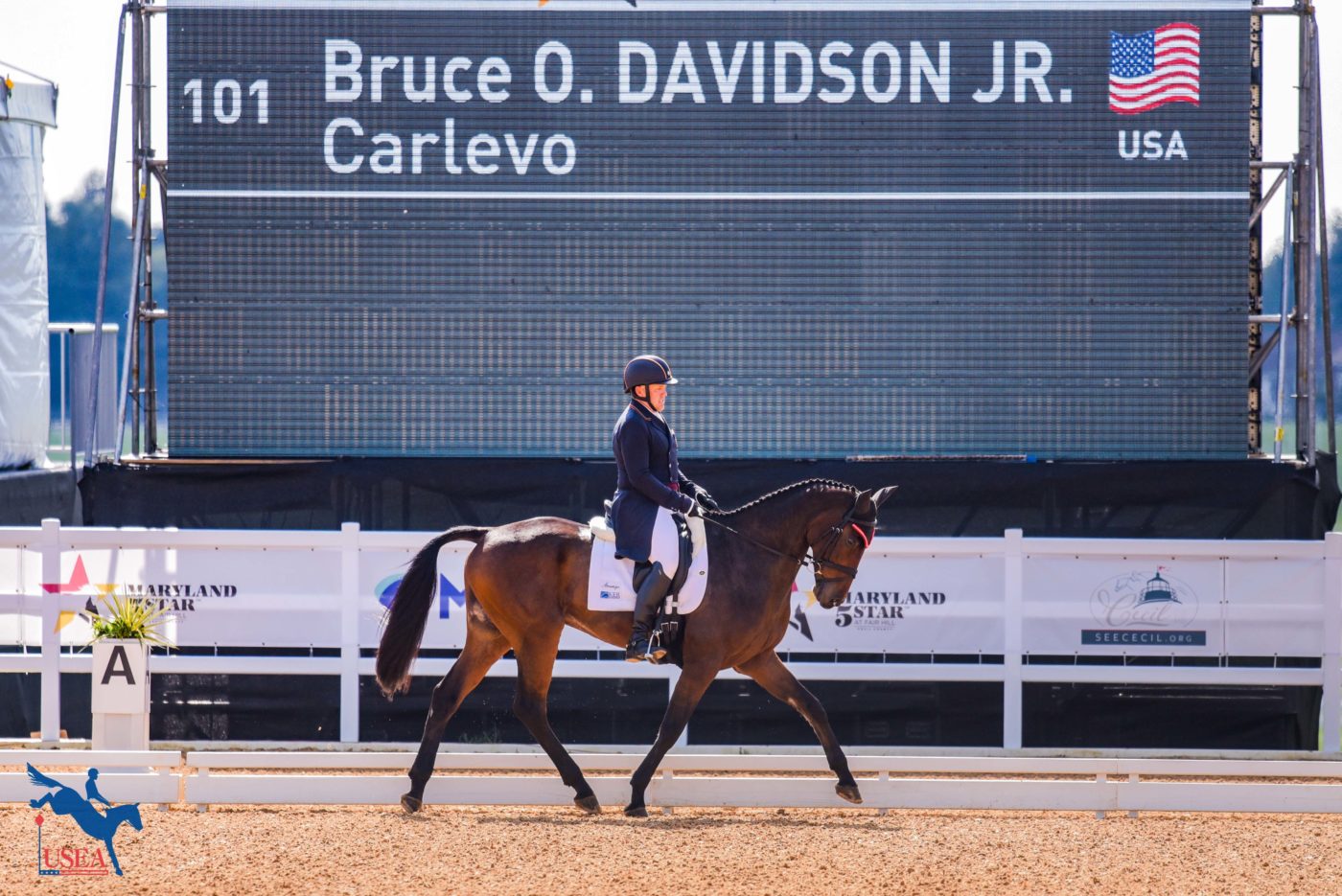 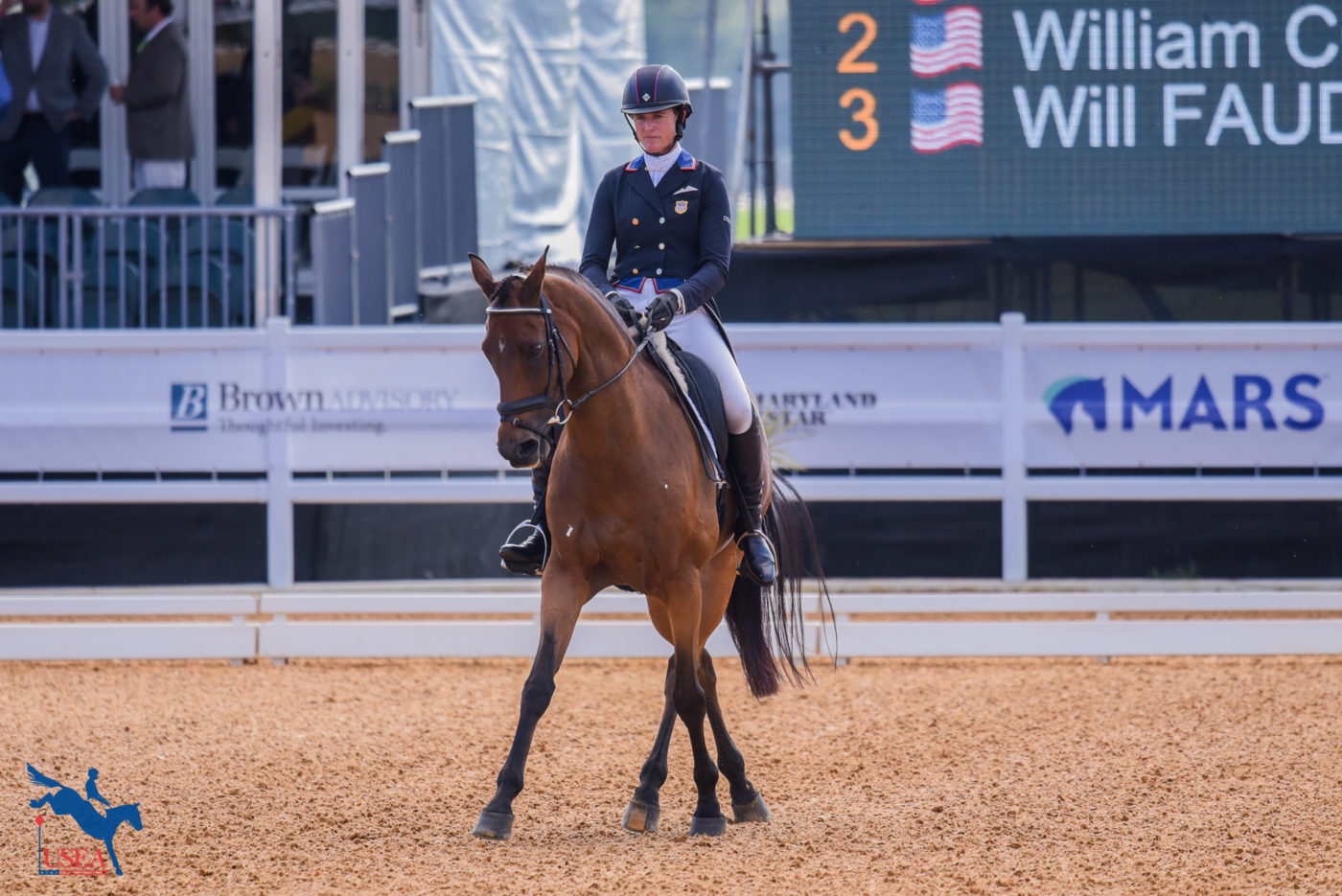 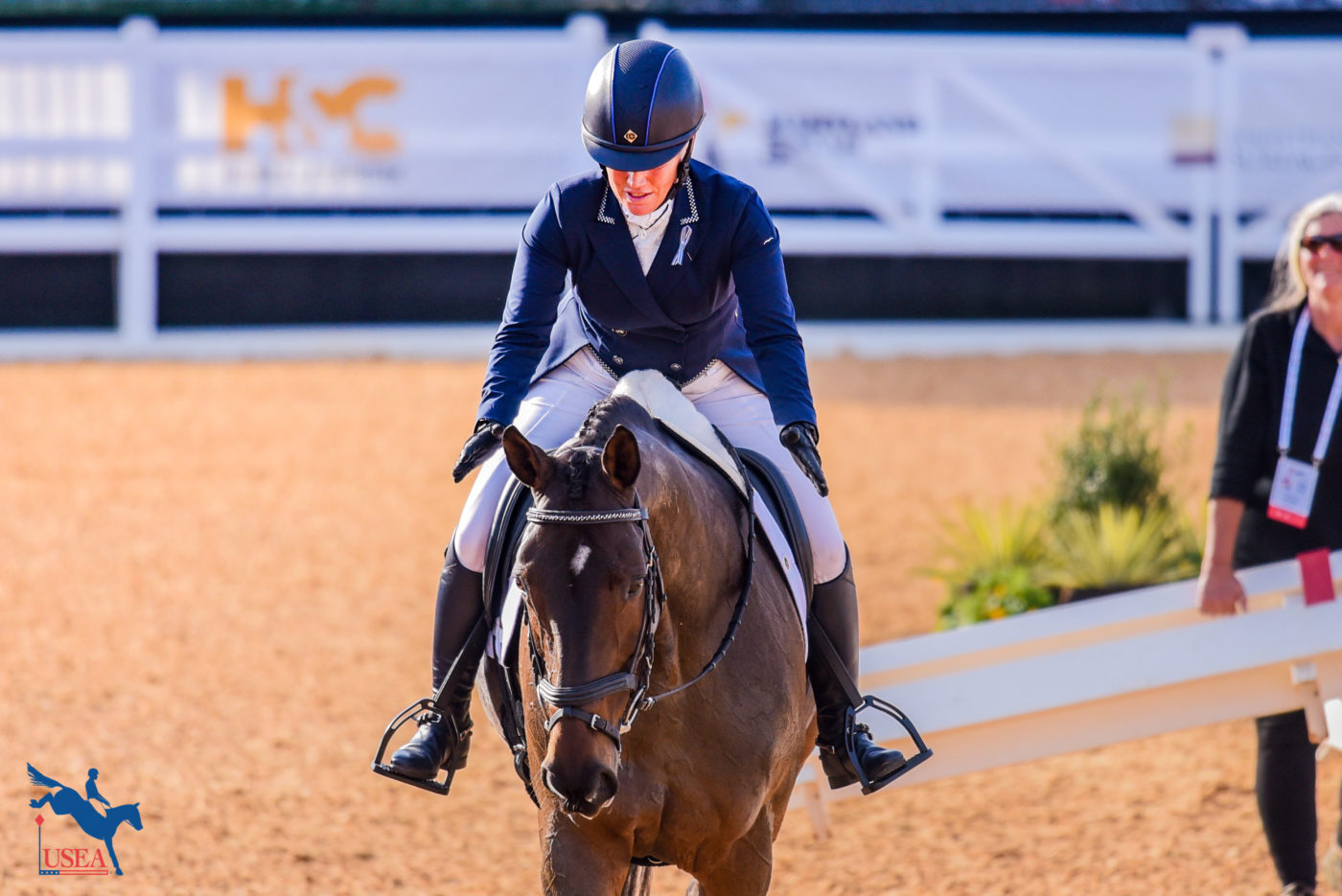 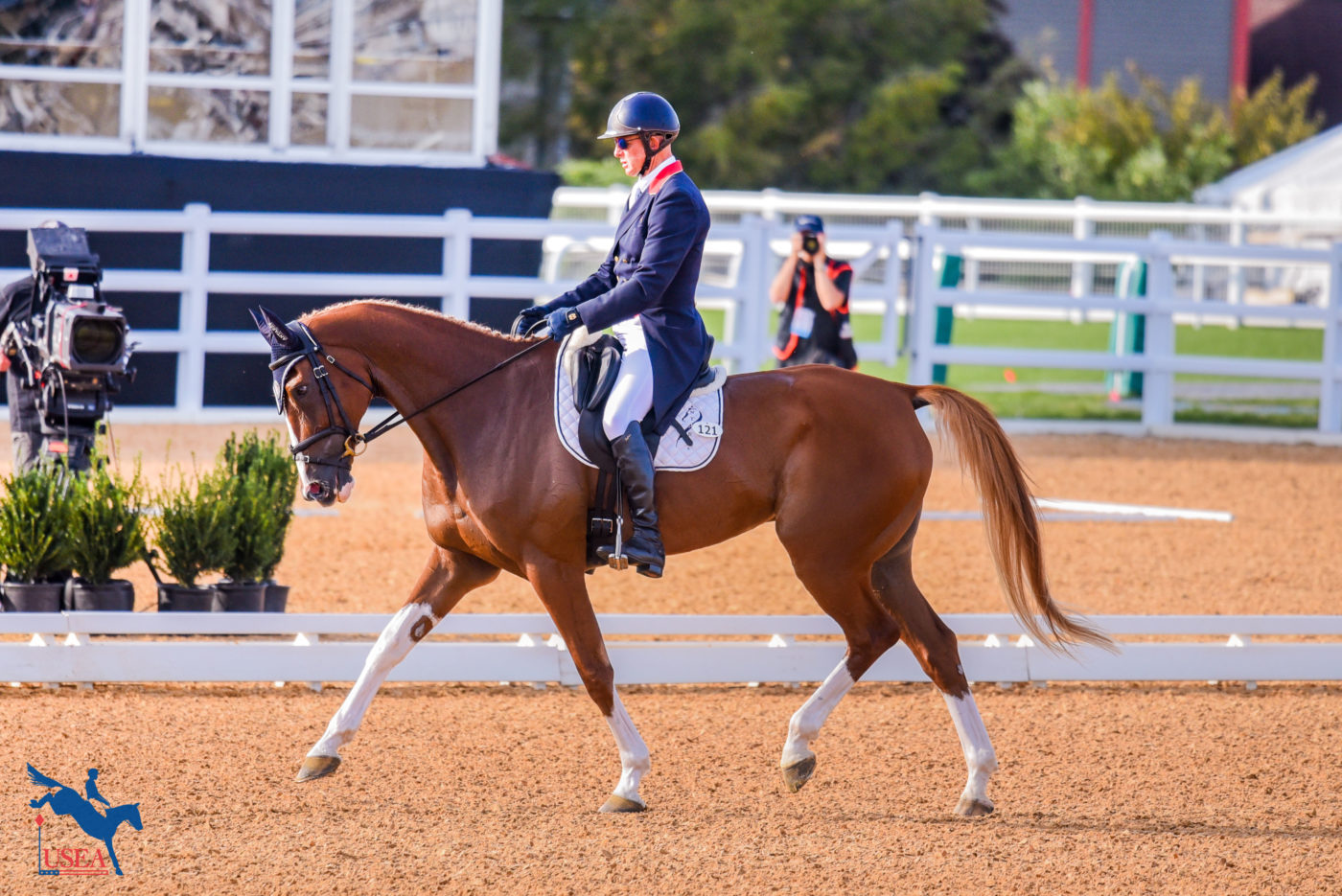 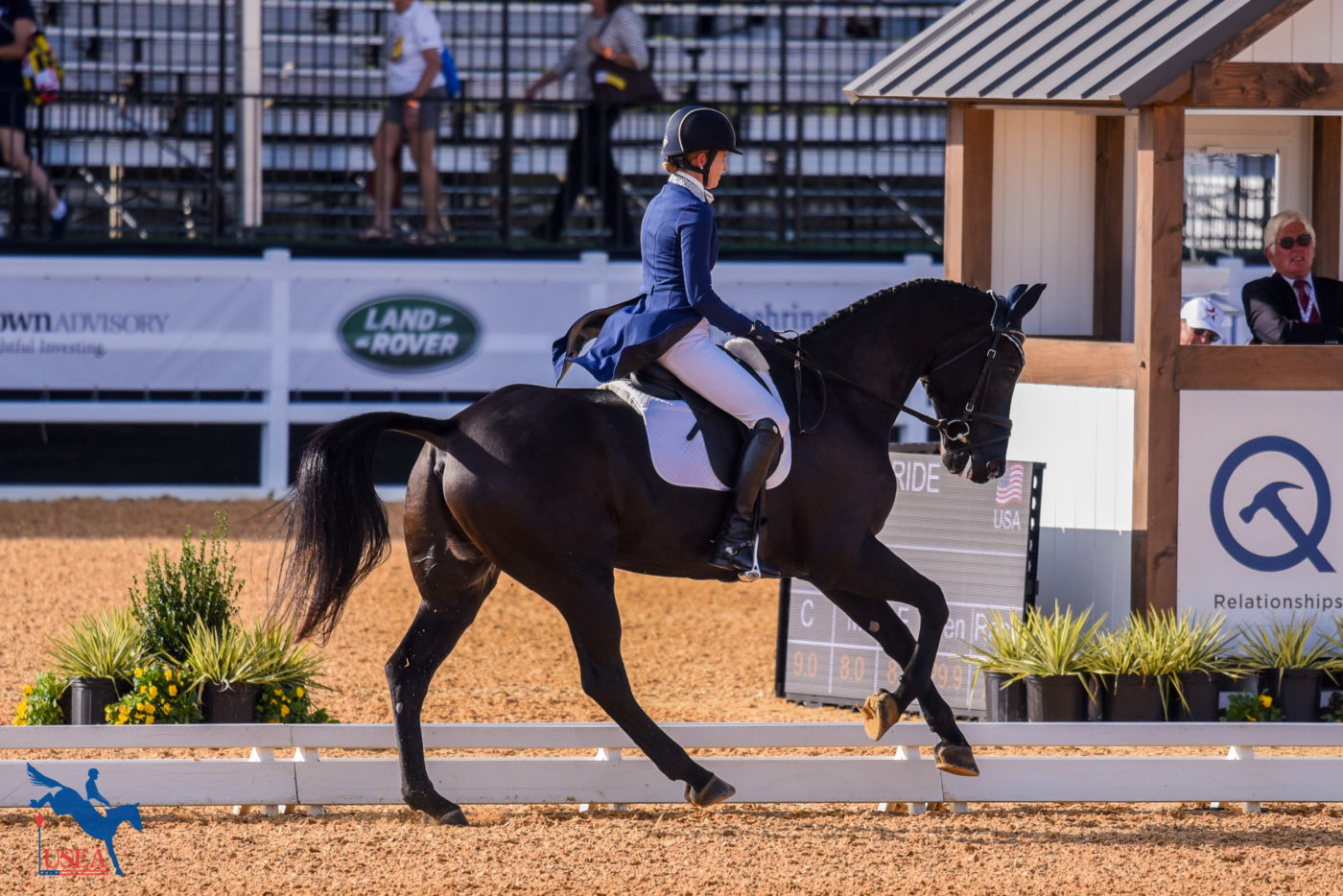 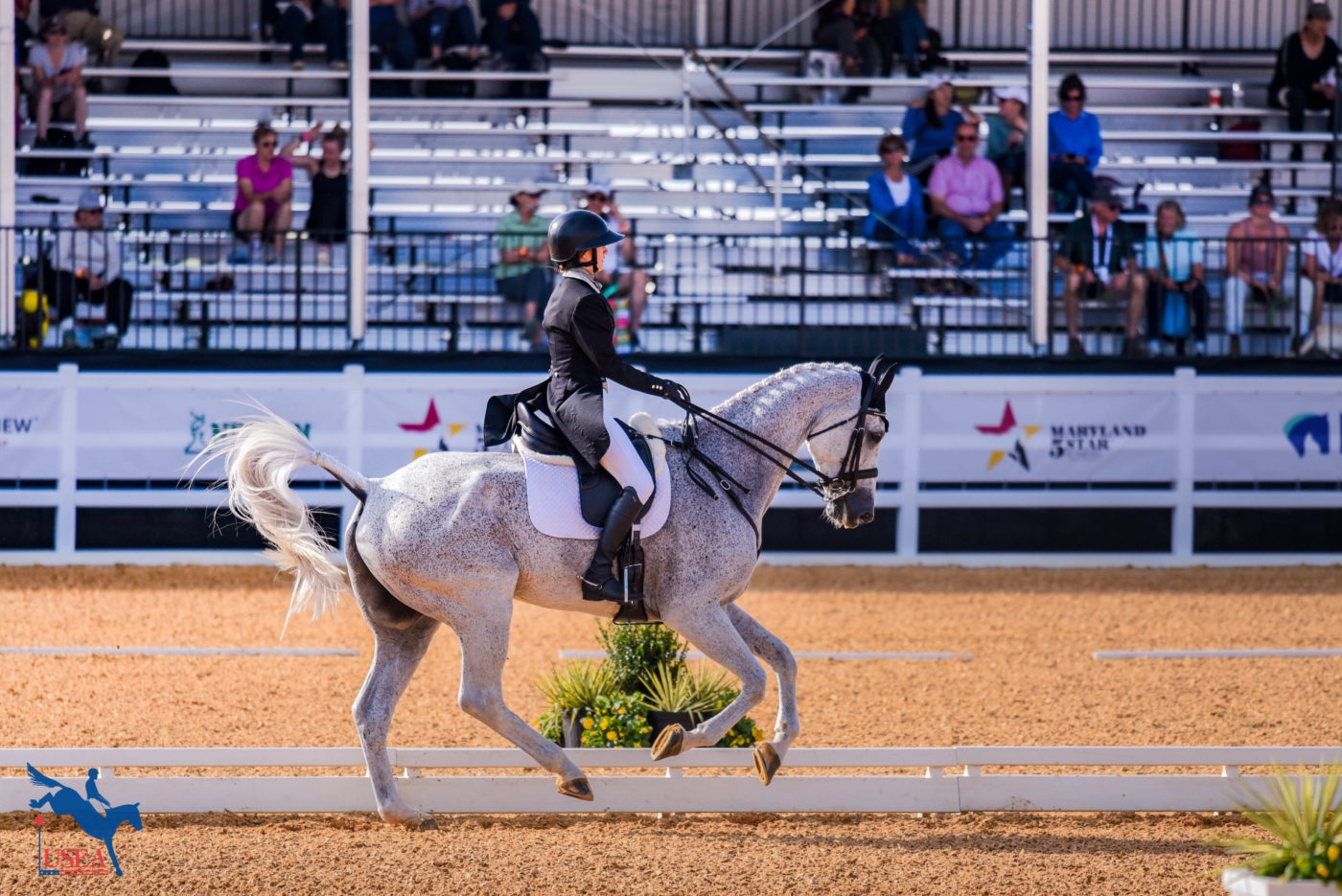 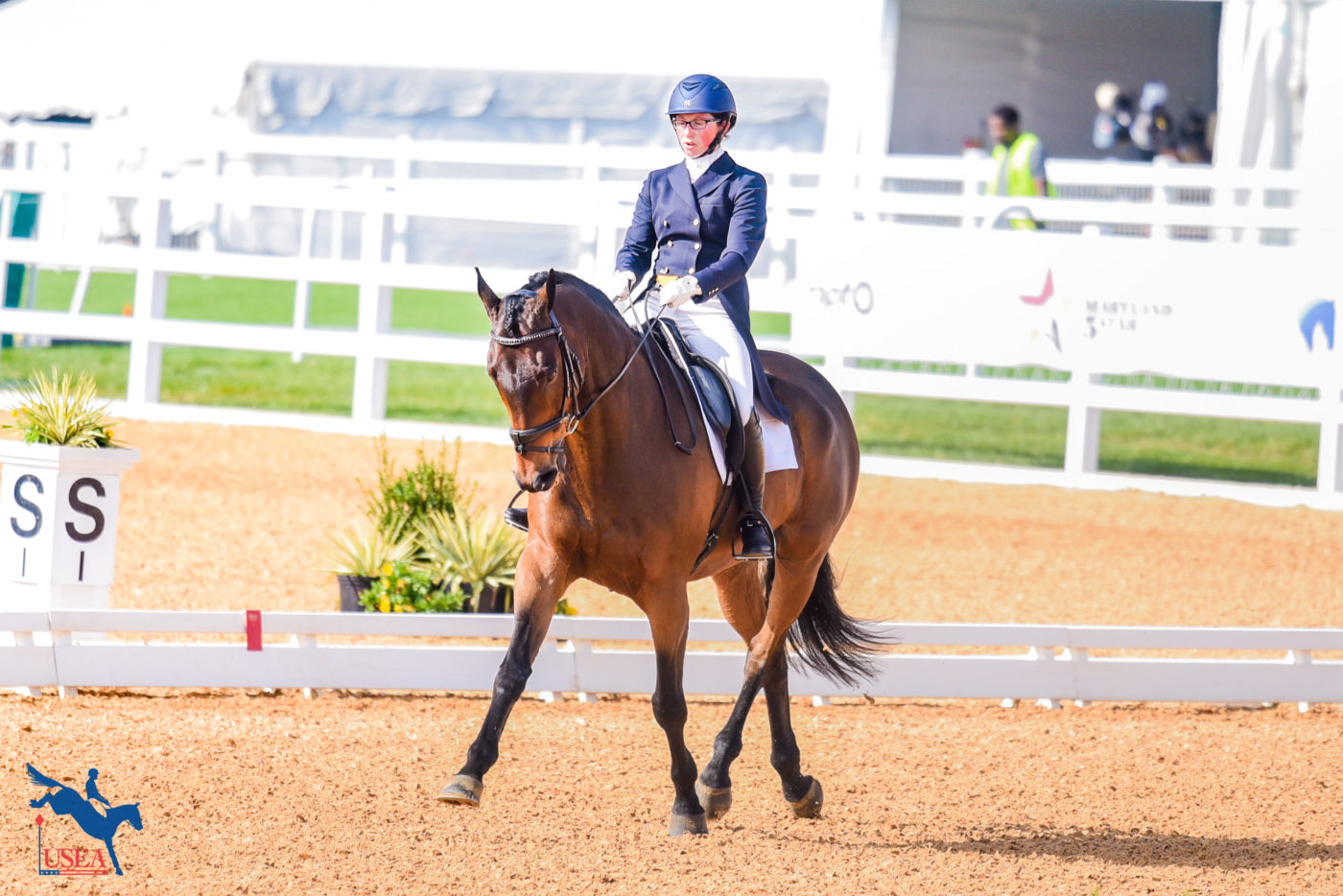 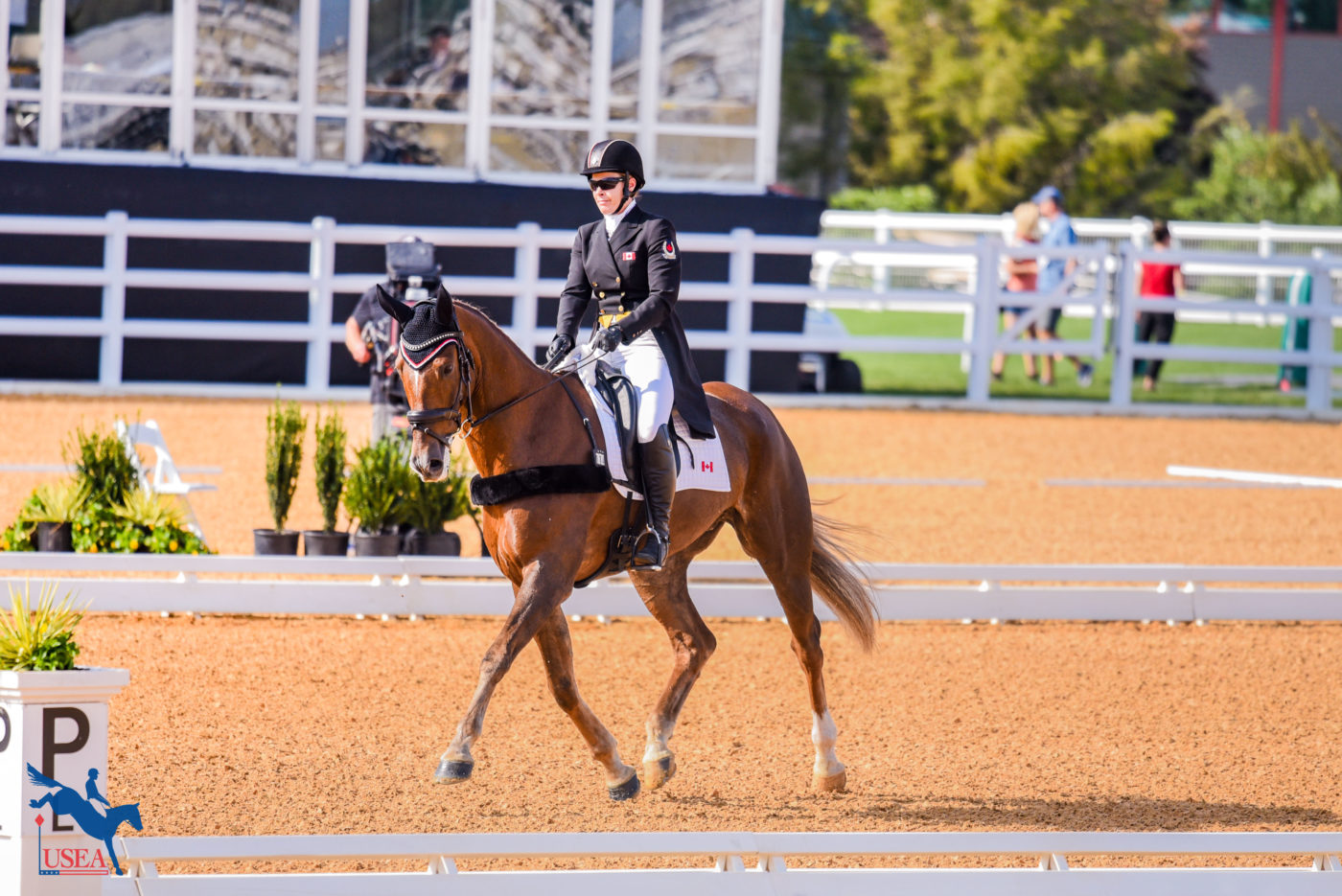