Jung joins Bruce Davidson and Kim Severson in winning this event three times, but he’s once again in a league of his own as he’s the only one of them earn the wins consecutively all with the 12-year-old Wuttemberger (Intuagno xx x Rose II) mare. “FischerRocana is an absolute top horse. The mare is so much fighting for me. We have a very nice partnership. You have to work many years in to get a good partnership. Like FischerRocana, they start to trust the partnership and you get better. You have to trust in your horse,” he said.

The Rolex Grand Slam champion had one rail in hand, and he used it, taking down a pole in the middle element of the triple combination. But his finishing score of 42.7 was enough to earn another Rolex watch.

“She gave me a very good feeling in warm up [which] gives you a good feeling before such a tough jumping competition. In the course, I had a very good feeling, then the problem starts a little on the white combination. She was a bit spooky and maybe I used my hands a bit too much,” Jung explained. “I didn’t have enough power in the triple combination and we still have two jumps; that made me a bit nervous, but in the end it worked.”

According to Equiratings, this is Jung’s 10th CCI4* win making him the third rider in the sport's history to earn double digit victories at this level, joining the ranks of William Fox-Pitt and Sir Mark Todd.

“It’s good for me to keep the pressure on Michi,” he joked with today’s winner. “I think to try beat such a rider it has to be all the time 100 percent. I think all week my horse was 100 percent. I think I was maybe 90 percent from dressage, so after that I have no regrets. He give his best, and I try to also.”

“All the time you feel pressure when you come into the ring especially when you are competing four-star with all the top riders. With my horse, I have to think of him and think of my ride. If I do that the pressure goes off because the horse is very careful and he is very strong. I know if I am focused on my riding the horse will give his best,” Livio commented.

Great Britain’s Zara Tindall was the only other rider to finish on her dressage score (46.6) aboard Gleadhill Stud and Trevor Hemming’s High Kingdom for third place.

“I tried to put the pressure on Maxime but it didn’t work,” Tindall joked. “My horse is fantastic, all through the competition. He jumped great today. He doesn’t owe me anything. He’s been second and third at four-stars and been to Olympics and Worlds. He’s been a fantastic horse for me.”

The 16-year-old Irish Sport Horse (Master Imp x High Dolly) looked in top form from start to finish.  Beginning the competition in 16th place, the duo's quick trips over fences gave them the third-place spot. “He has all the qualities I’d like to find again. He’s a great galloper and a really fantastic jumper. He has all the heart you could ever want in a horse. Can I have another please, William?” she pleaded to William Micklem, who bred High Kingdom.

A fourth-place finish meant Phillip Dutton became the 2017 USEF CCI4* National Champion as the highest placed American with his longtime partner Mr. Medicott. He and “Cave,” an 18-year-old Irish Sport Horse (Cruising x Slieveluachra) owned by the Mr Medicott Syndicate, picked up one pesky time penalty in an otherwise faultless round.

“I was quite unsure of what to do. Whether I should bring him. He’s been off for nearly two years. There wasn’t much else for the rest of the year that was suitable – and with a horse like this, a lot of events would be beneath him,” Dutton said. “He showed such heart. He’s an incredible horse this will be his last time at this level, so it’s a great time for him to finish and show how great he is.”

The eventing world rallied around Dutton twice last year, once in celebration of his Olympic performance and once in solidarity after his stepdaughter, Lee Lee Jones, suffered a traumatic brain injury falling from a horse last December. Friends and fans remain steadfast in their support of the six-time Olympian as “Team Lee Lee” hats and stickers were seen frequently around the Horse Park this weekend.

“I’m very glad for the live streaming because [Lee Lee] enjoying watching the event. It’s a struggle, and it’s something I hope you all don’t have to go through. Everyone has been great in the horse world and have really bonded behind us. It’s truly a great family to be a part of,” Dutton shared.

Hannah Sue Burnett and Jacqueline Mars’ Under Suspection finished in fifth place at the 13-year-old Holsteiner’s (Contender x Naomagic I) first four-star. “Pippy” had 5.6 time penalties on yesterday’s cross-country and one rail today for a three-phase score of 54.8.

Of the 39 finishers, only four had completely clear rides today: Kurt Martin and Delux Z (9th) and Will Faudree and Pfun (25th) in addition to the second- and third-place finishers. The optimum time of 93 seconds also proved difficult to make and more than half the field picked up time penalties.

Class is now in session with the 2017 Virtual USEA/PHC Event College!

Event College is a special series designed to educate the general public on the sport of Eventing. Tune in to learn from “professors” such as Lauren Kieffer, Max Corcoran and Jen McFall. These video classroom sessions give you a first-hand look at the competition as it happens at a CCI***. Here are the classes you can watch so far:

Show Turn Out 101 with Max Corcoran

Virtual Course Walk: How to Ride the Hollow with Jen McFall

Virtual Course Walk: Drop into the Head of the Lake with Sharon White

The Vet Box with Max Corcoran 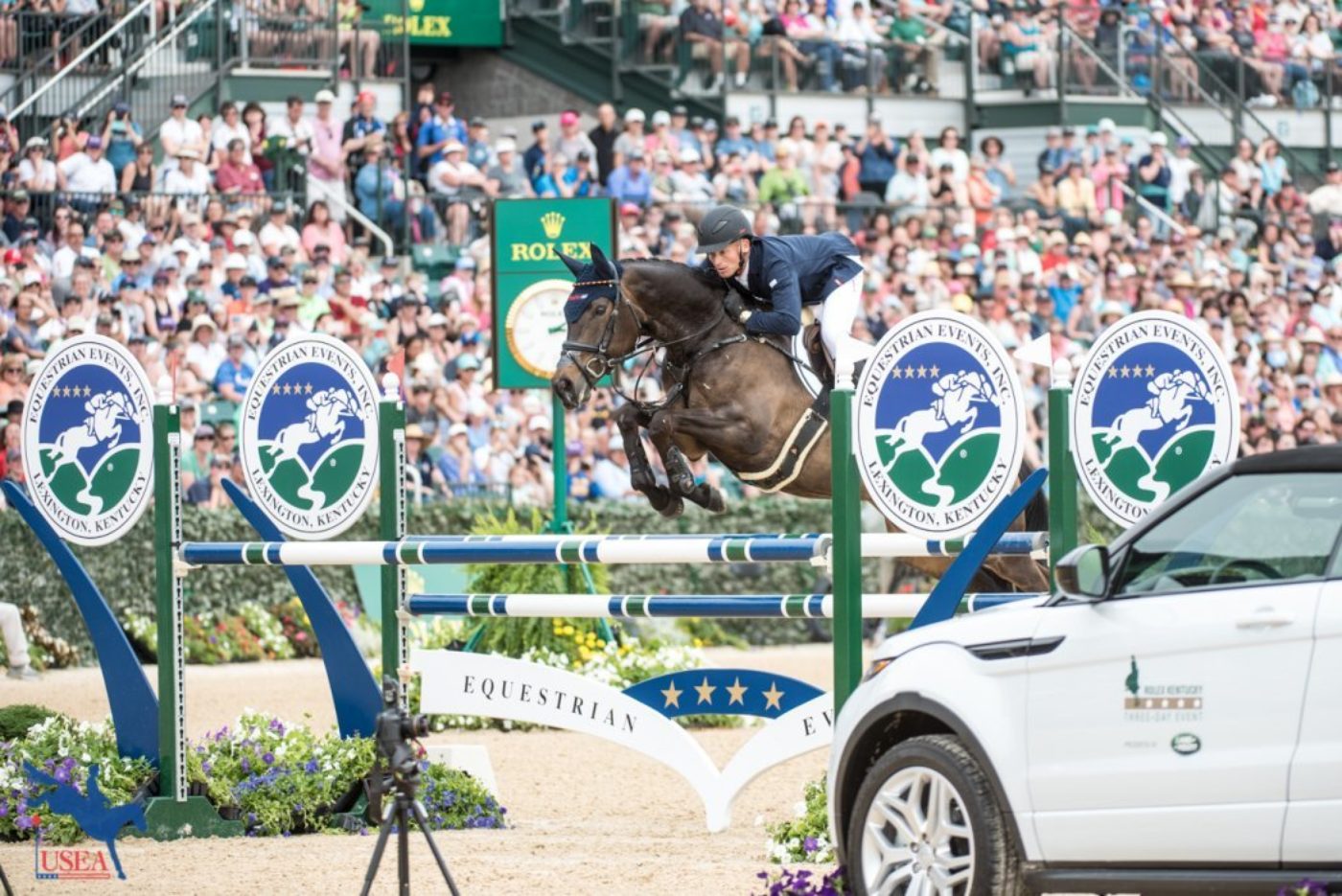 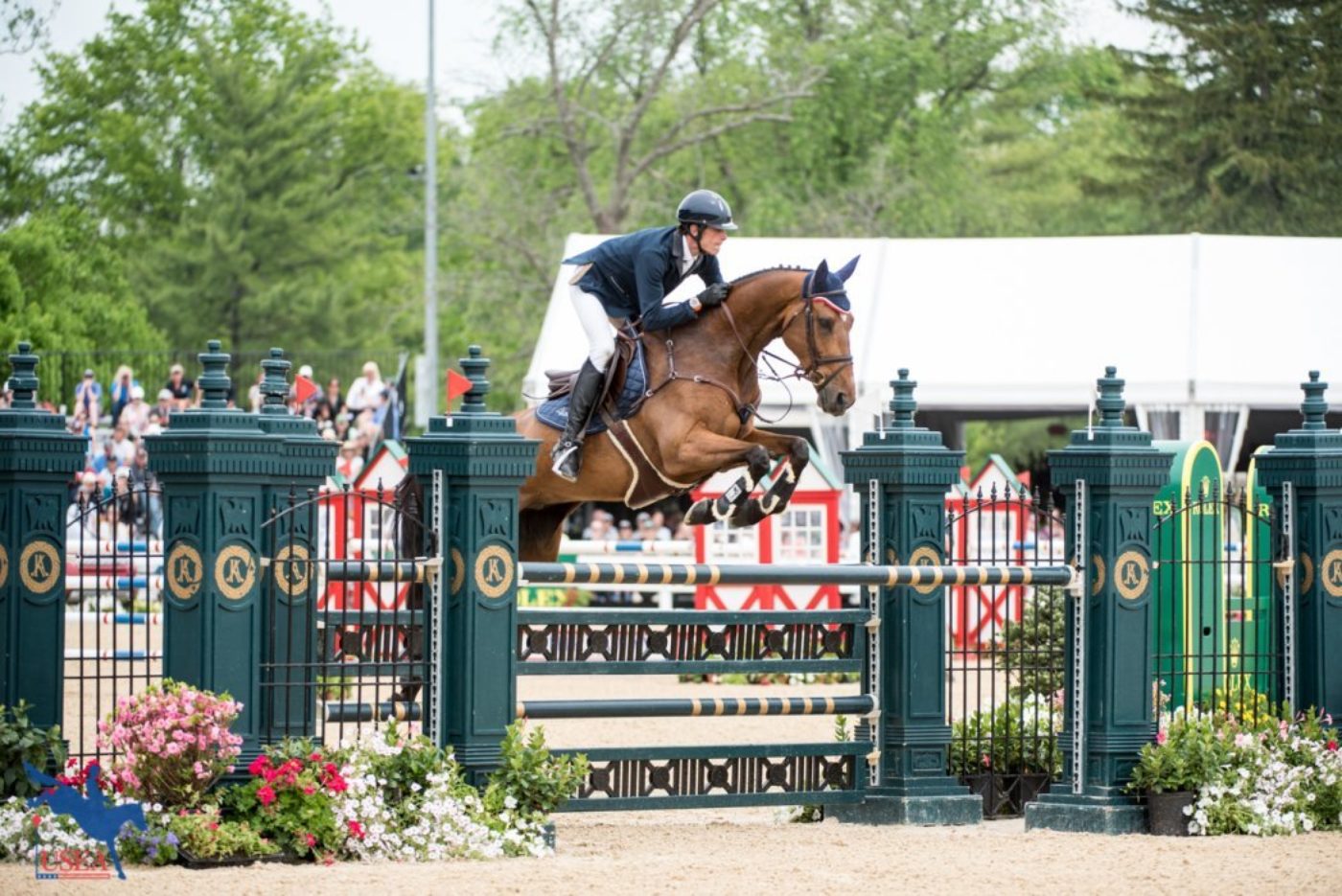 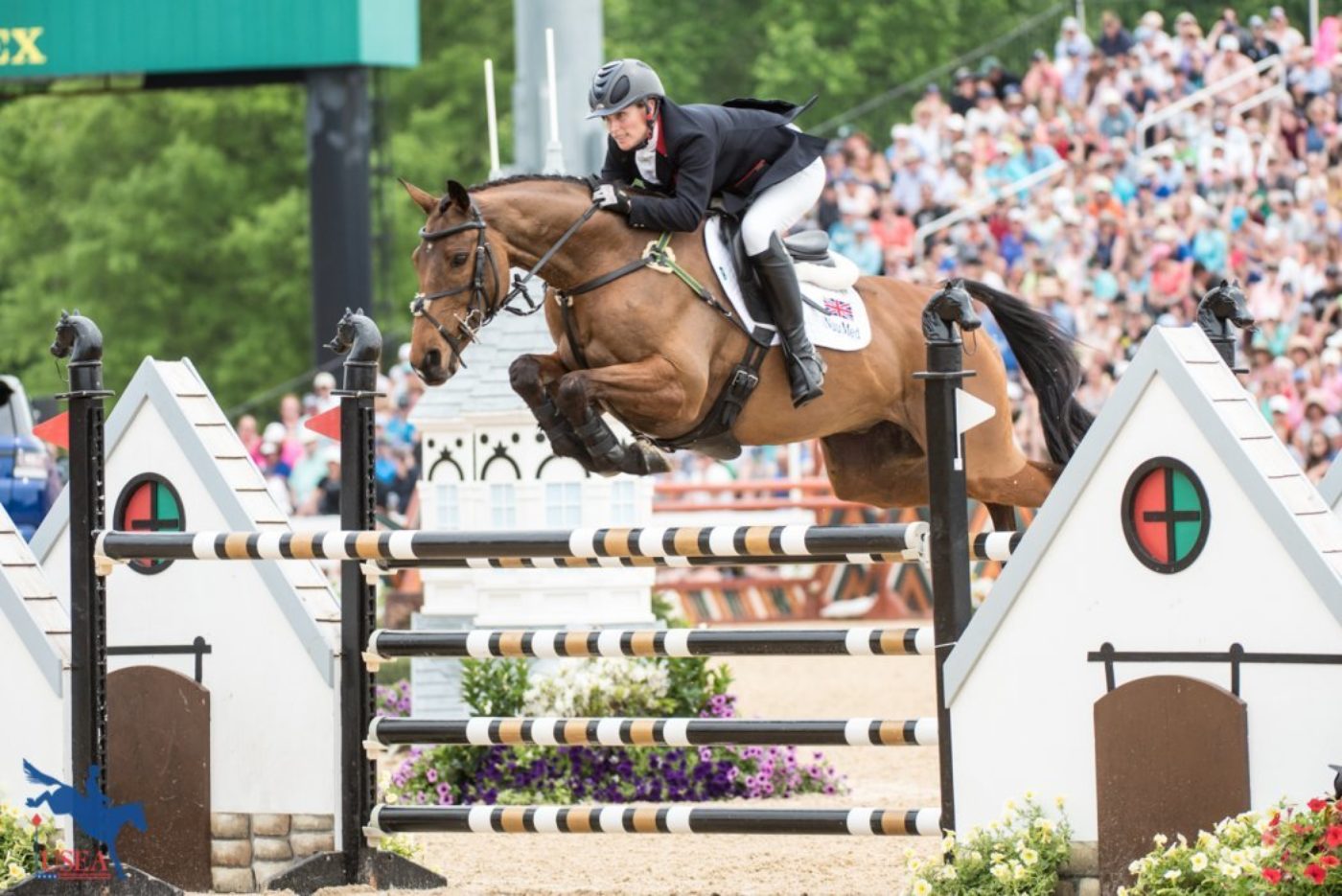 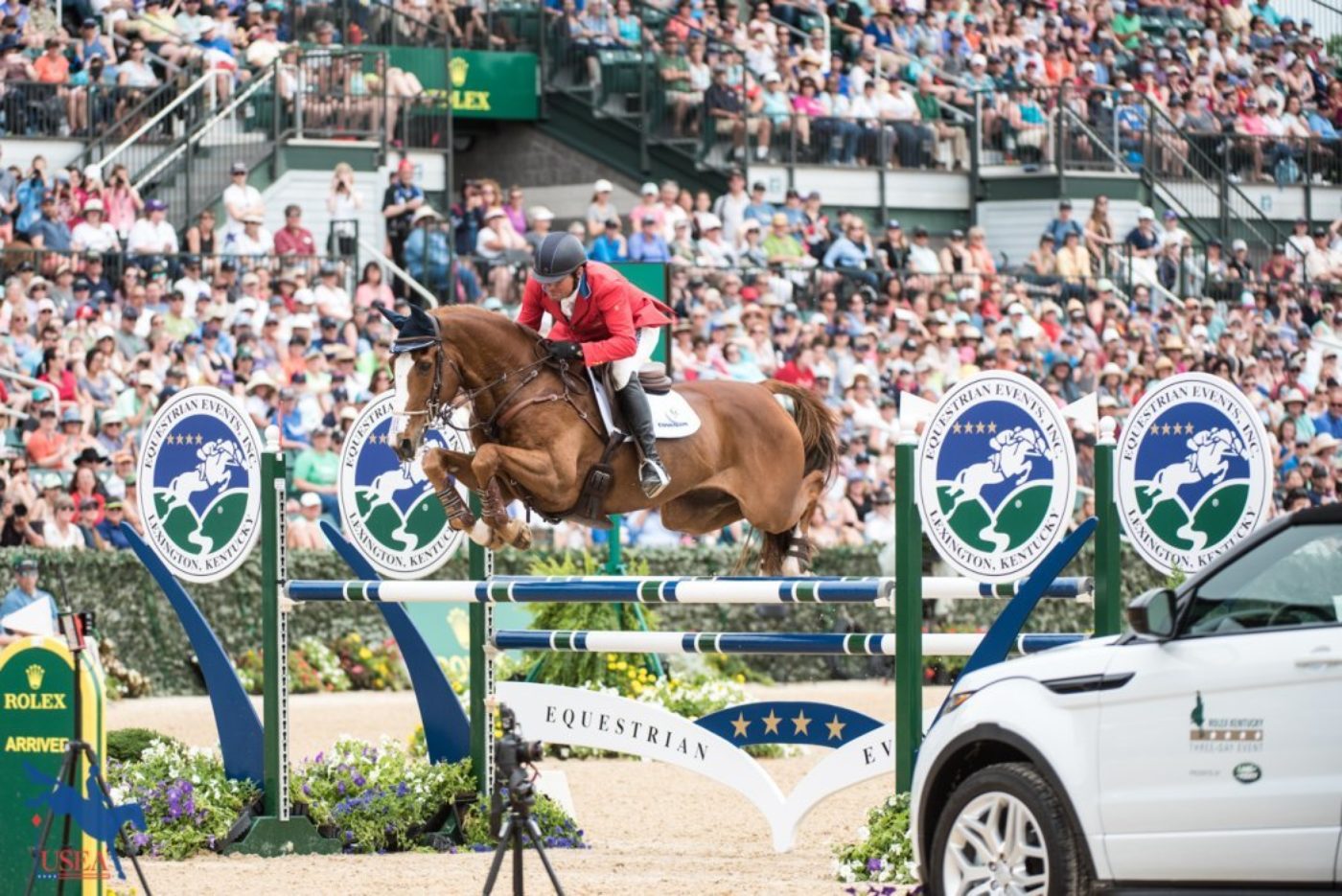 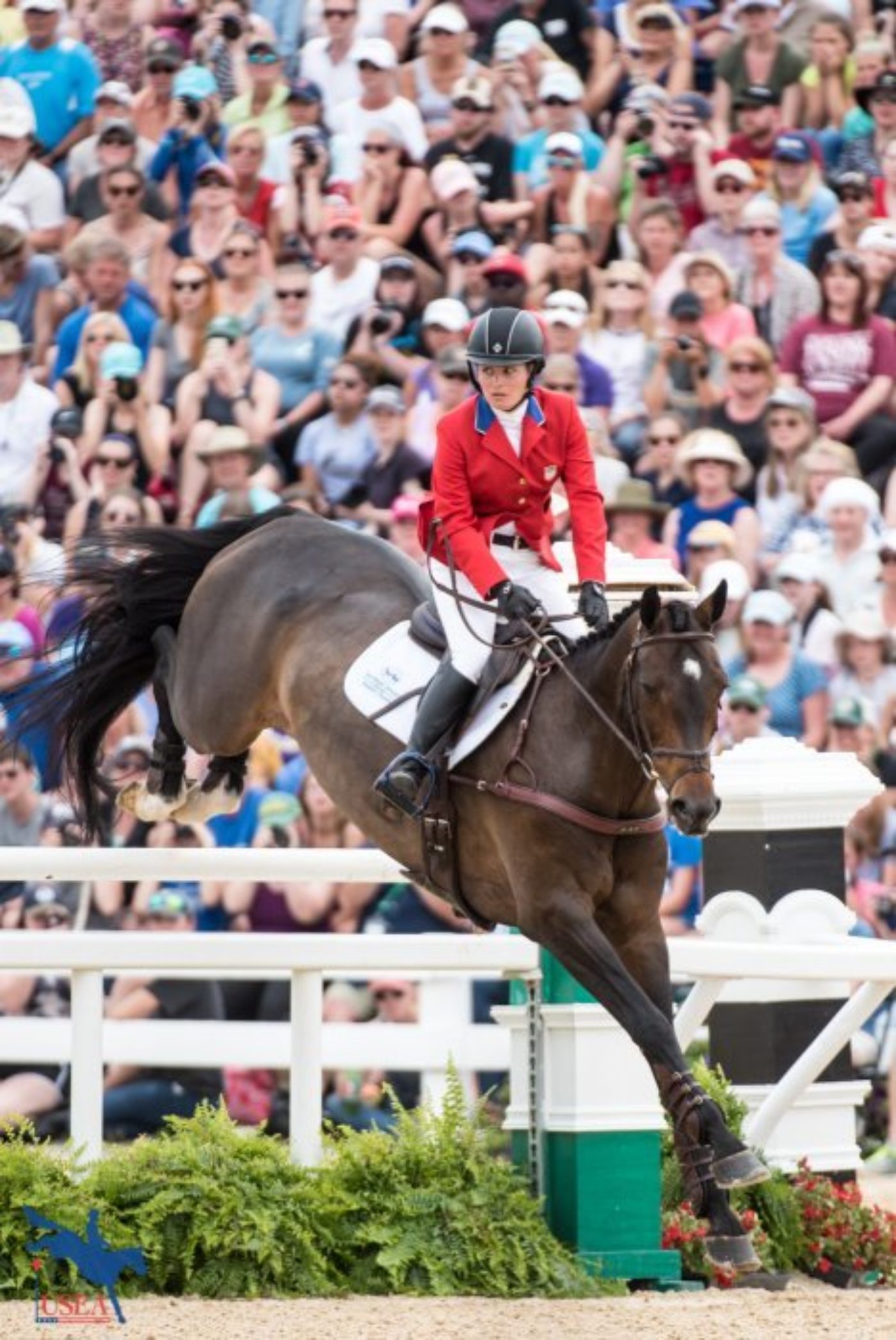 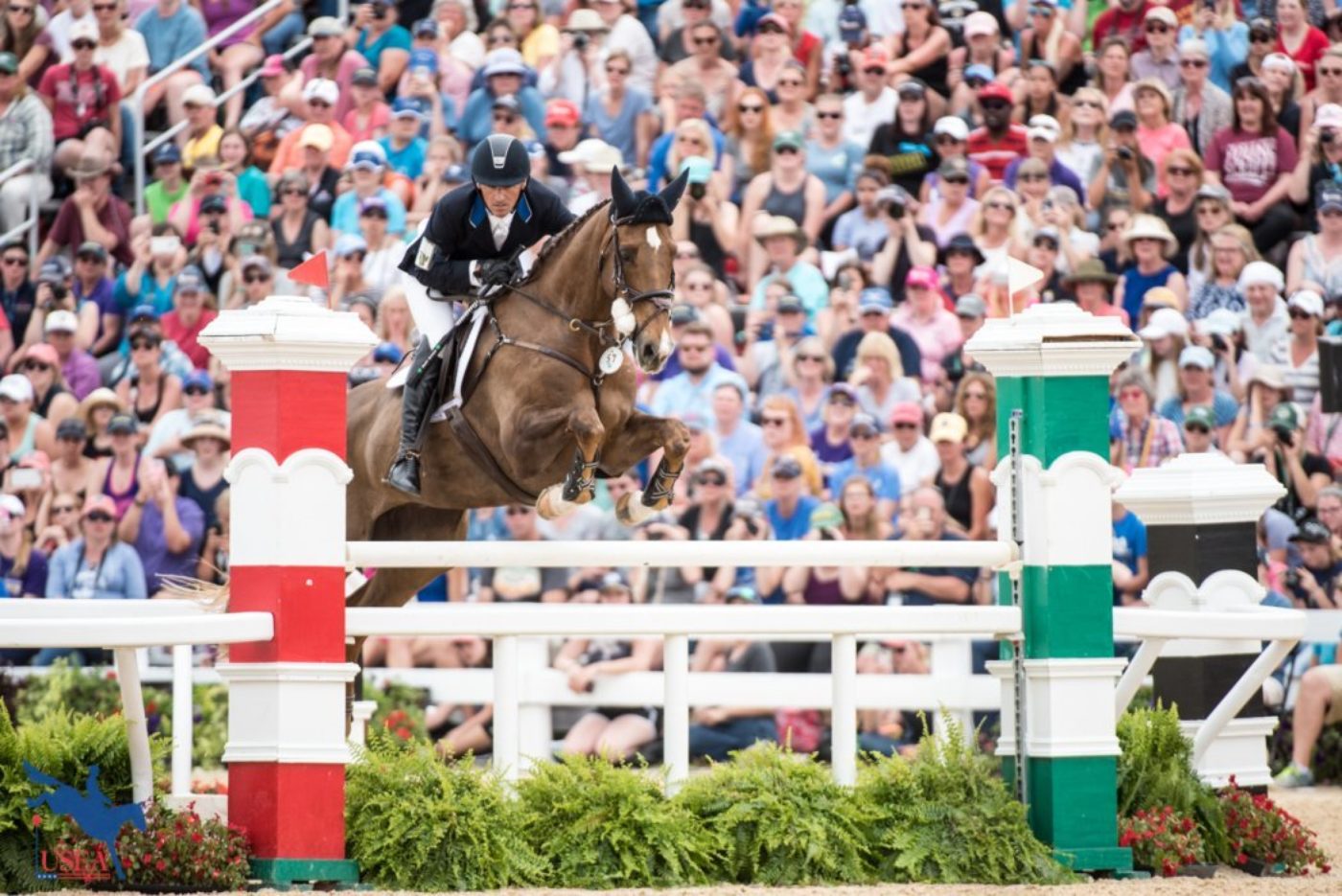 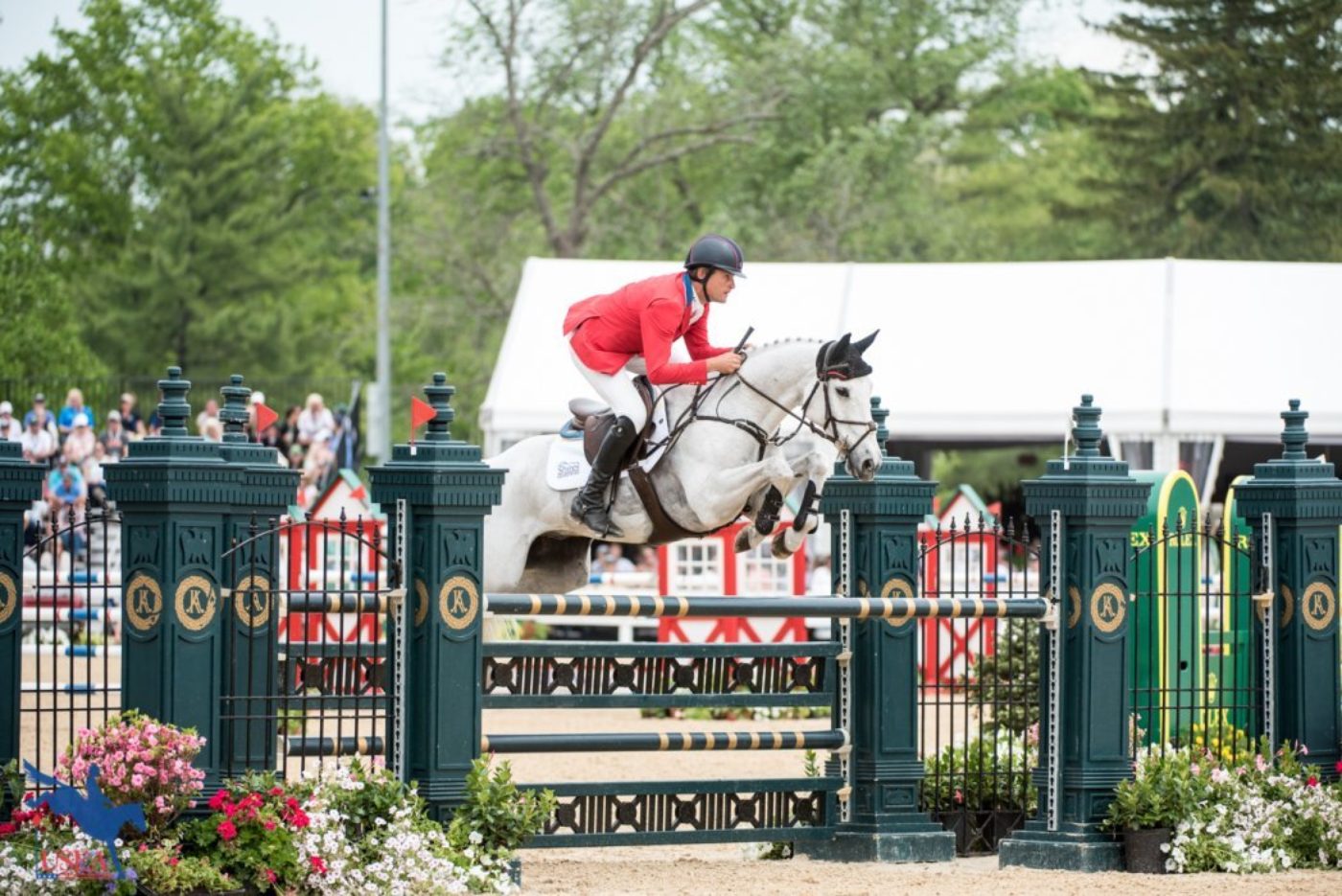 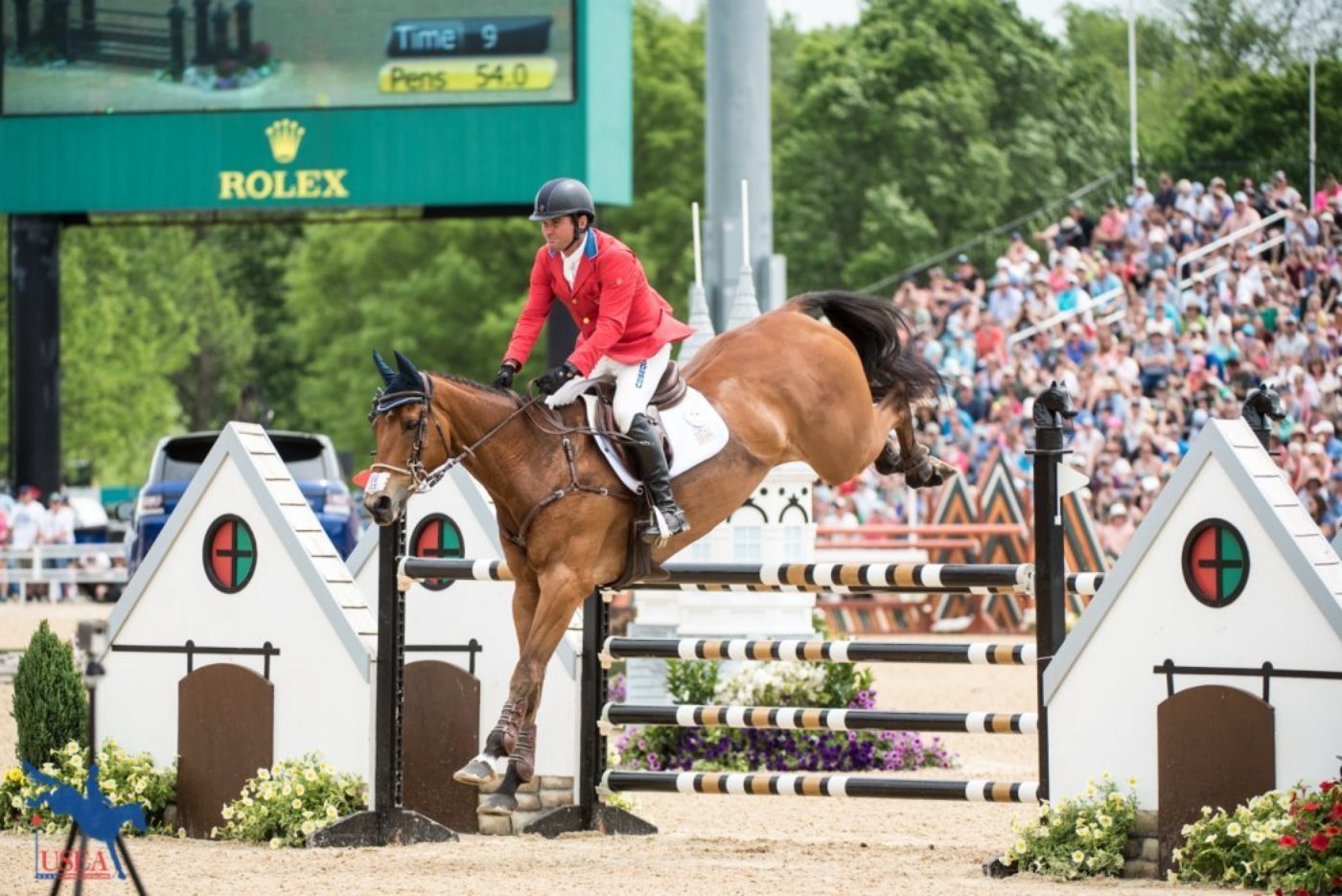 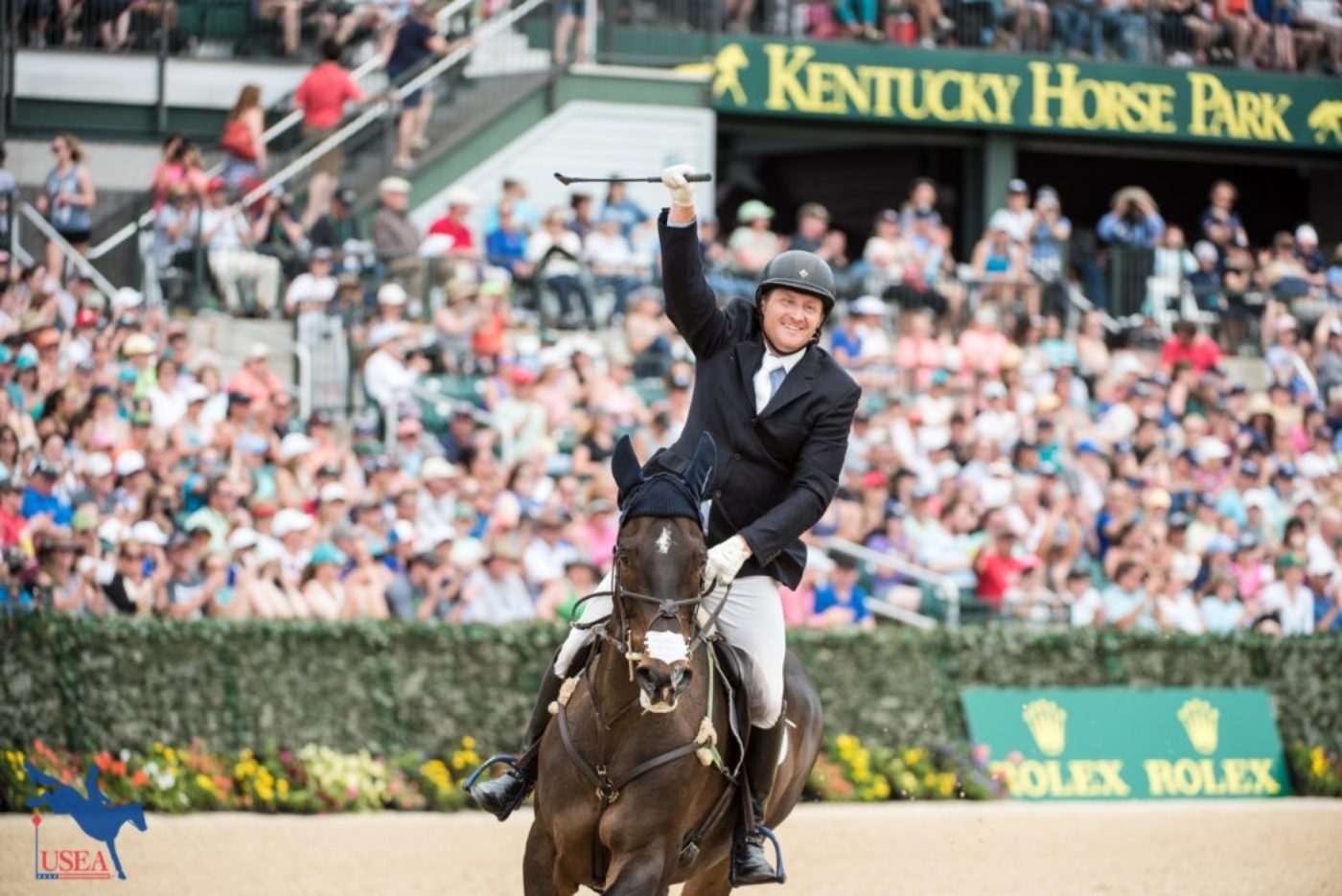 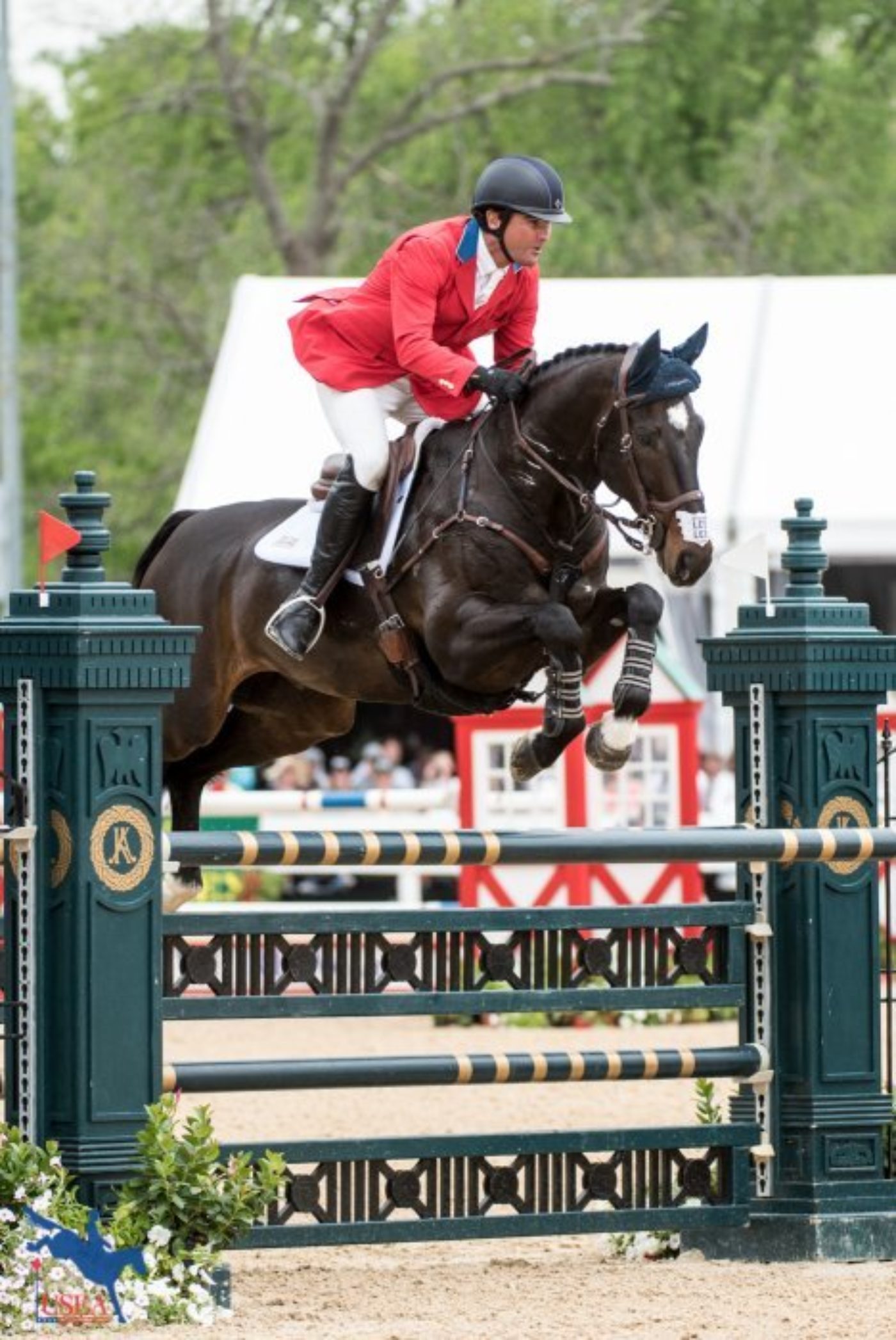