The first day of competition in the 2021 Dutta Corp. USEA Young Event Horse (YEH) East Coast Championships concluded with the crowning of the champion in the 4-year-old division. After contesting the dressage and conformation phases, Caroline Martin’s Irish Sport Horse gelding HSH Best Kept Secret (Adieu Z x Ringwood Sunny Clover) rocketed to the top of the 32 horse field following the jumping and galloping phases to earn the division champion title with a cumulative score of 90.20. It was a repeat affair for Martin, who won both the 4- and 5-year-old YEH East Coast Championships in 2020.

“We jokingly said he was the baby genius today,” Martin commented. “For the dressage, I got on 10 minutes before my ride and went in and he did a lovely test. I can do anything I want and he goes around like a five-star horse. So then in the jumping phase a girl hacked him up to me and I jumped two jumps and he was amazing.”

Martin and the bay Irish-bred gelding sat in second following dressage after judge Linda Zang awarded the young horse with a score of 18.08 out of a possible 20. Following the conformation phase, judged by Cathy Tucker-Slaterbeck, the pair would drop to fourth following the conformation phase but it was in the jumping test, however, that “Zante” shined. The jumping test included show jumping efforts, cross-country questions, and demonstration of the horse’s ability to gallop. Judges Phyllis Dawson and Peter Gray were impressed by the horse’s athleticism and jumping style, giving him a 9.50 for general impression and other high marks that would ultimately shift the young horse to the first place position.

“My business partner Kelley Hutchinson, everything goes to her credit,” Martin reflected. “She sourced the horse and called me as soon as she found him as a 3-year-old and said to me, ‘Caroline we have to buy him together. We’ve produced him slowly and he is just amazing. I just have to thank Kelley so much for finding me such quality horses and I am hopefully going to keep Zante and go all the way with him.”

Also repeating history was Irish event-rider Tim Bourke who copied his second-place finish in the YEH 4-year-old Championship in 2020 with a second-place finish this year aboard Lisa Takada’s Irish Sport Horse gelding Undercover Quality (Chacoa x KEC Safari). Just over a half of a point separated Undercover Quality and HSH Best Kept Secret on the leaderboard, with Bourke’s mount receiving exceptional marks for his cross-country performance and overall impression. Overall, Undercover Quality’s performances today resulted in a final score of 89.61.

Rounding out the top three was Martin and her own Mister Chin, a KWPN gelding by Gasphair and out of Z-Retina SR. Mister Chin received high marks in the jumping phases, especially on cross-country where the young gelding showed an impressive effort over each obstacle.

The recipient of the Stillwater Farm trophy, awarded to the horse with the best gallop score at each coast’s YEH 4-year-old Championships, was HSH Best Kept Secret and Caroline Martin. This award is generously provided by Stillwater Farm and is presented in loving memory of Donald Trotter, who passed away in 2019.

While it was a busy day for the 4-year-olds, the 5-year-olds kicked off their championship weekend with the dressage and conformation portion. They will conclude their competition efforts on Friday with the jumping and galloping tests. Martin’s reign over the YEH East Coast Championships continues as she and her own Irish Sport Horse gelding HSH Crypto (Cassalco x Cumano Kiss) sit in first with an overnight score of 25.84. Hot on HSH Crypto’s heels with a 25.80 is Hartwin Von Holten’s Hanoverian mare Gina (Gentleman x Ballerina) ridden by Chris Talley. Mia Farley has the ride on Karen O’Connor’s entry Invictus (Diarado x Sunset Paradise), an American Warmblood gelding who sits in third with a score of 25.64. 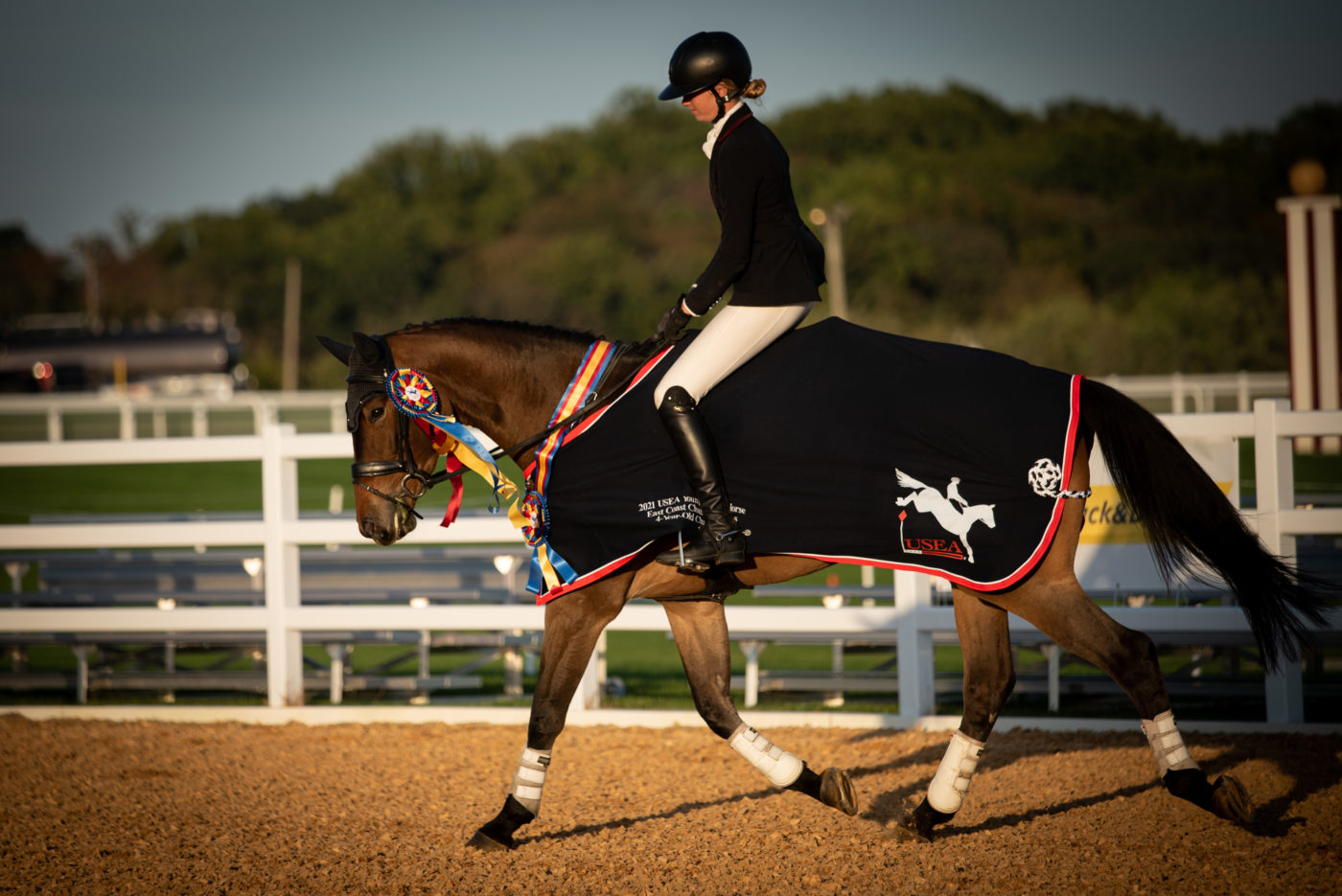 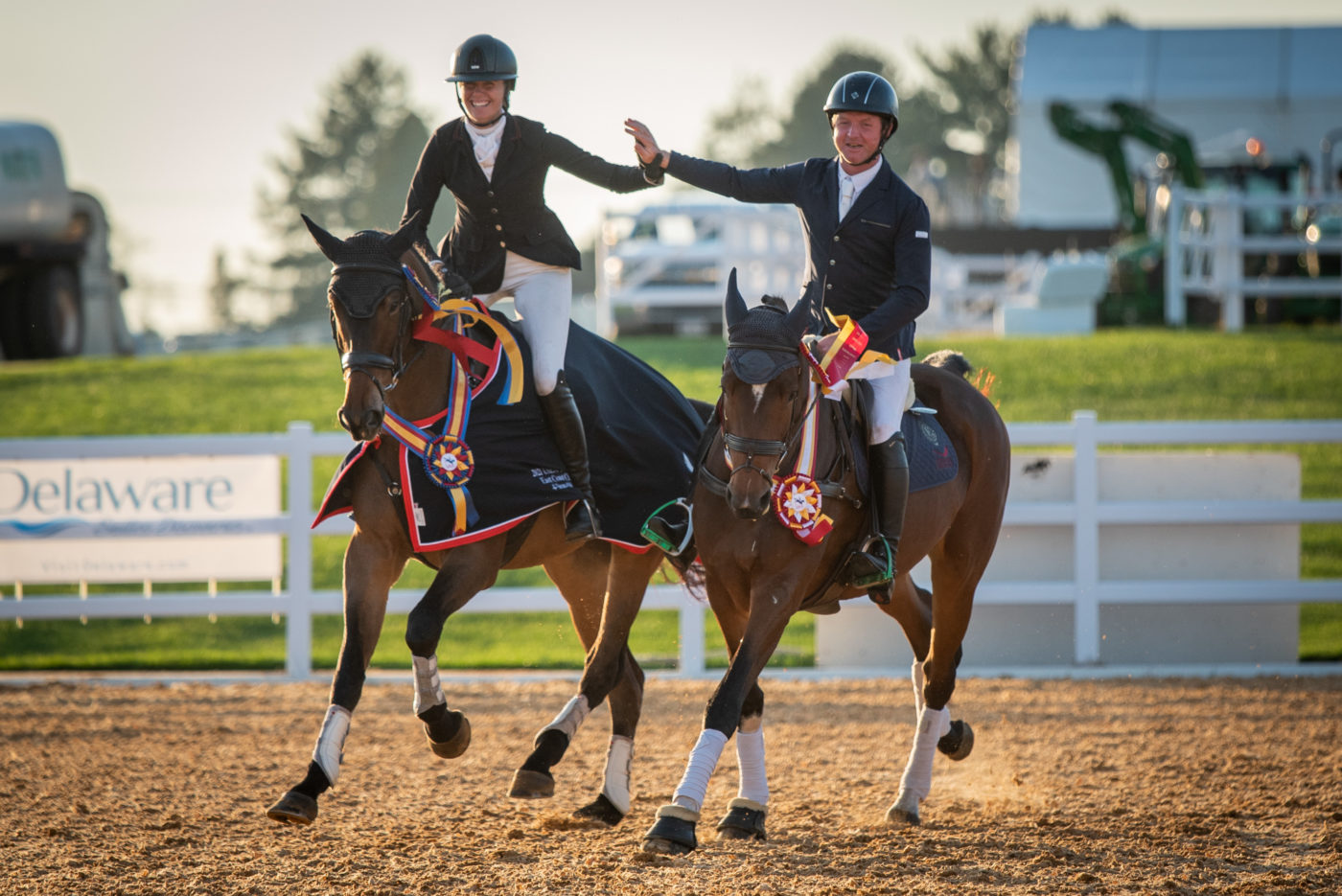 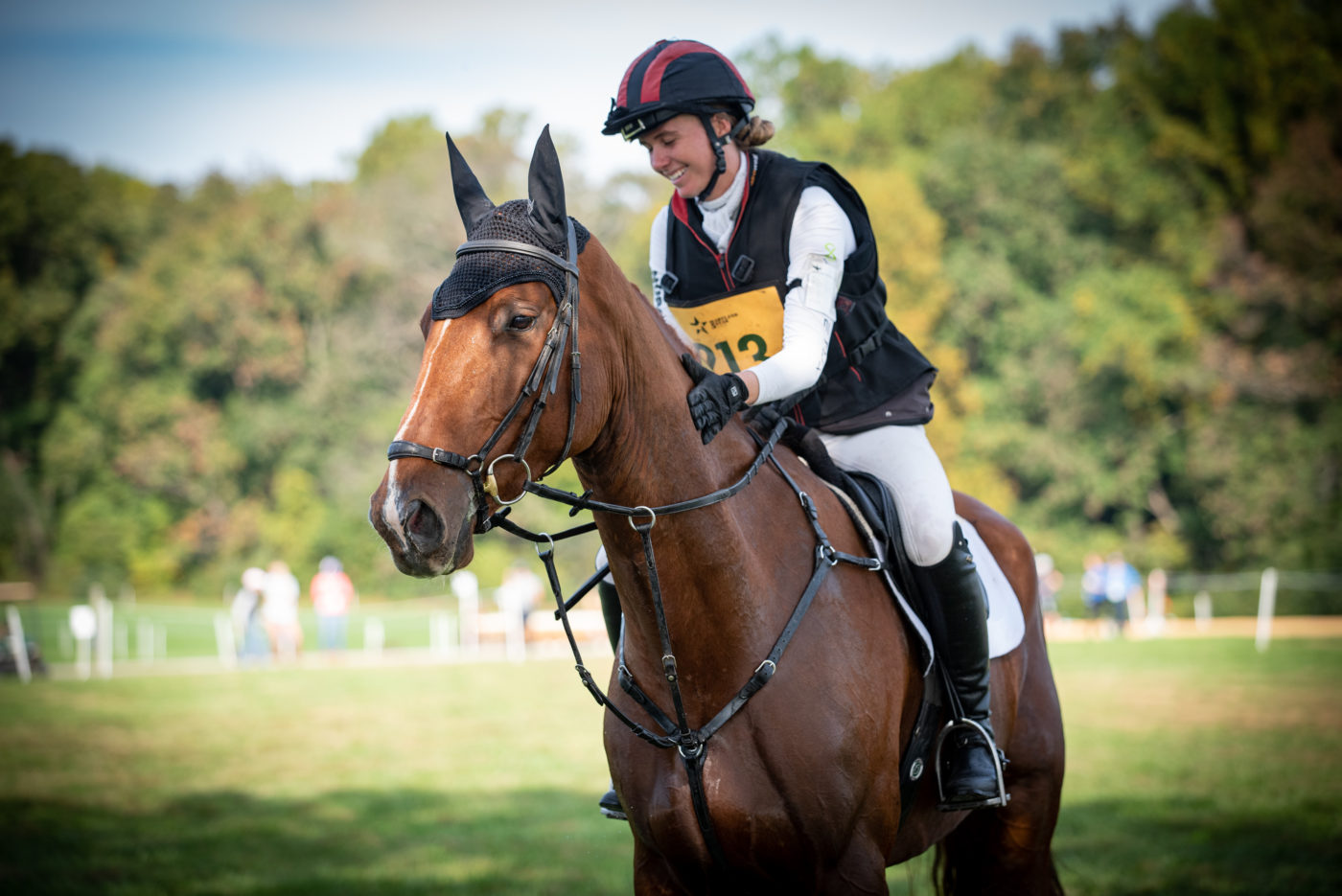 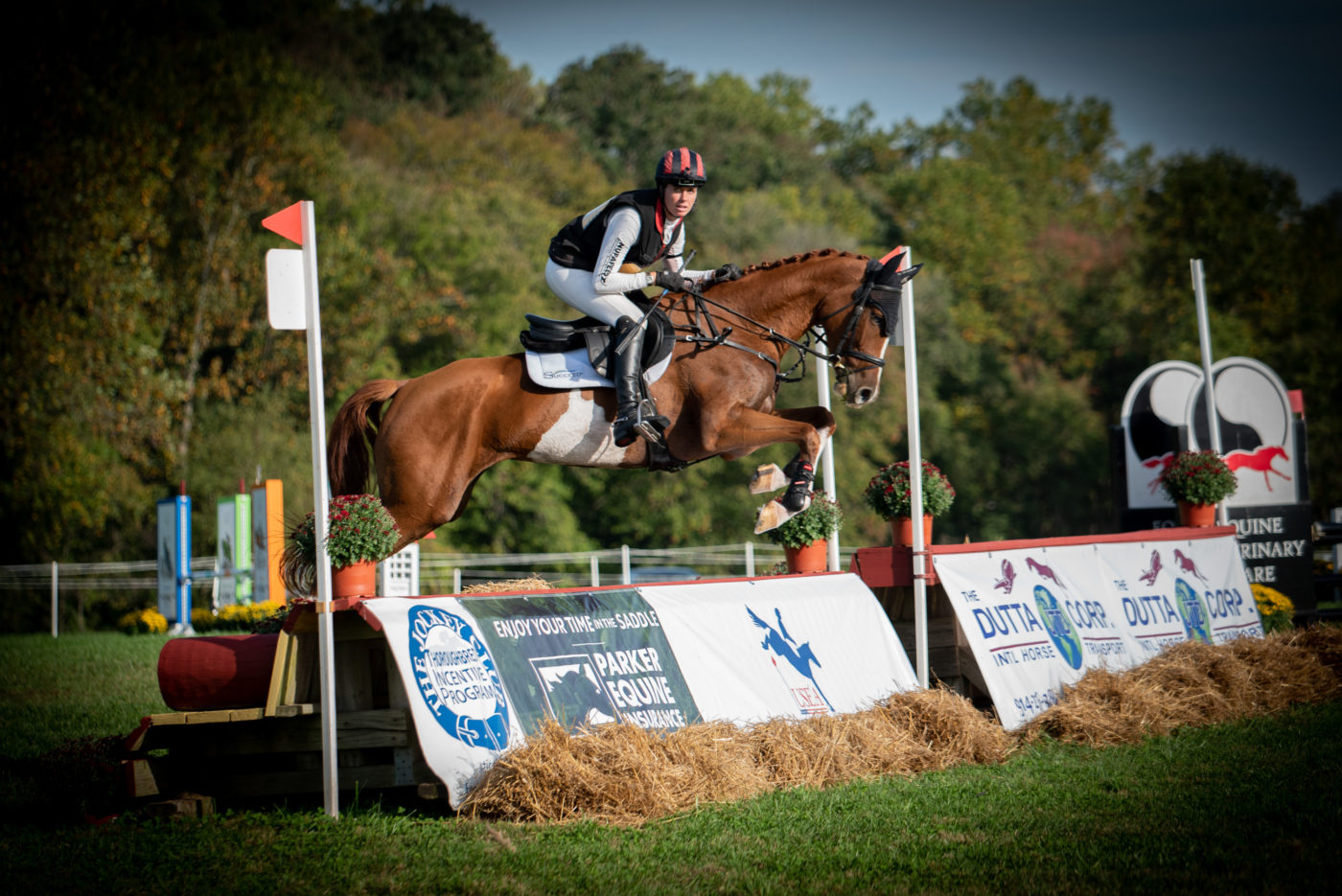 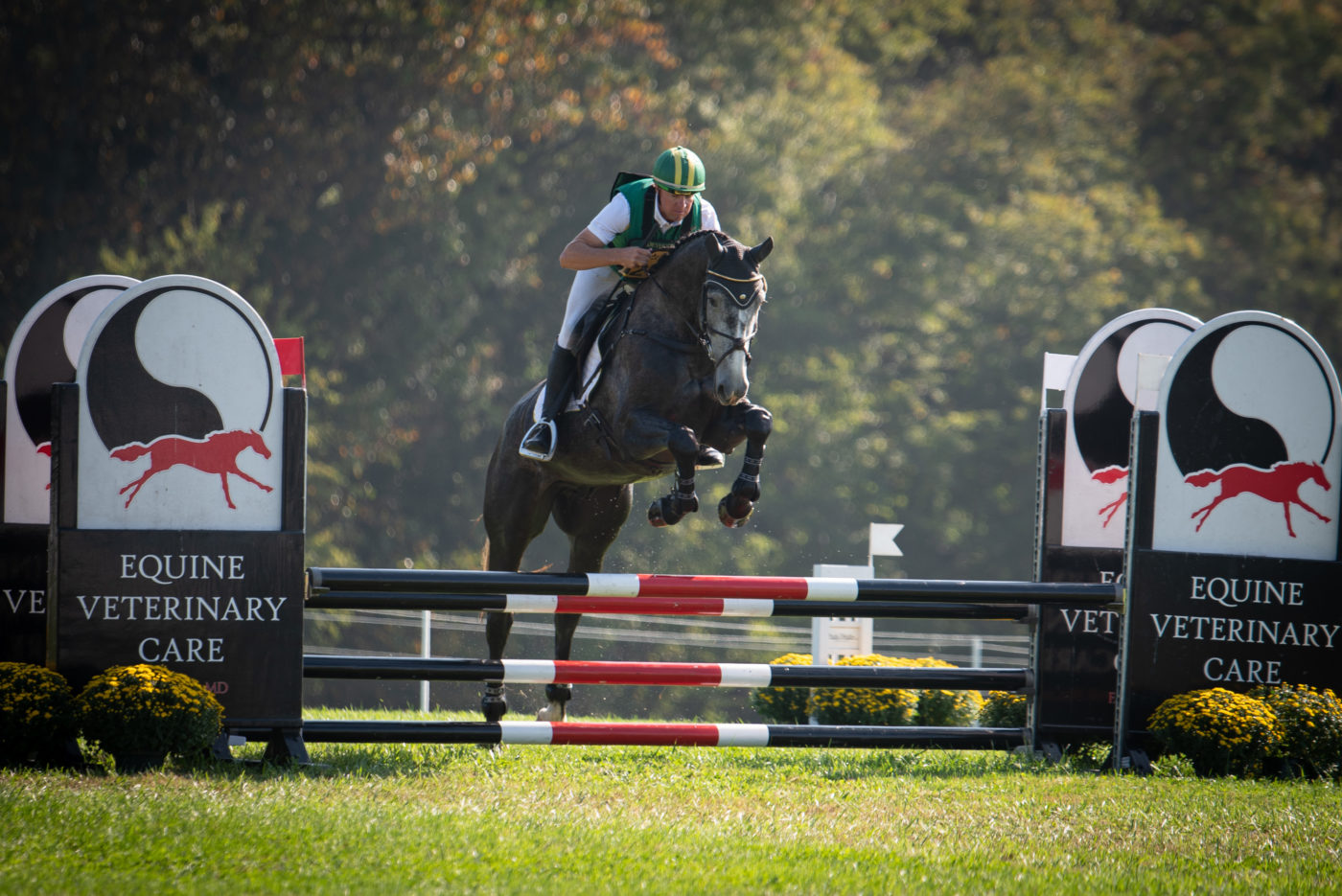 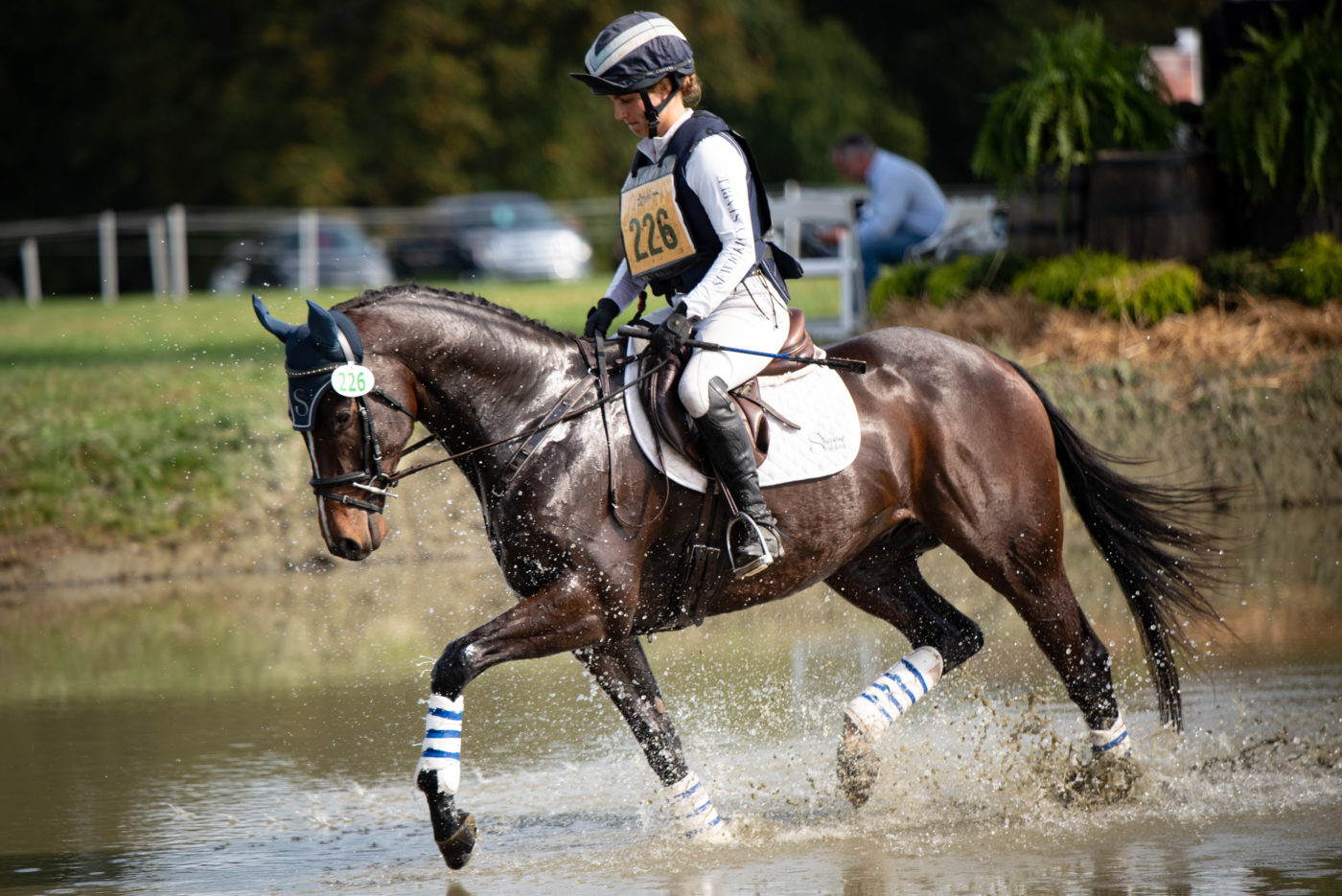 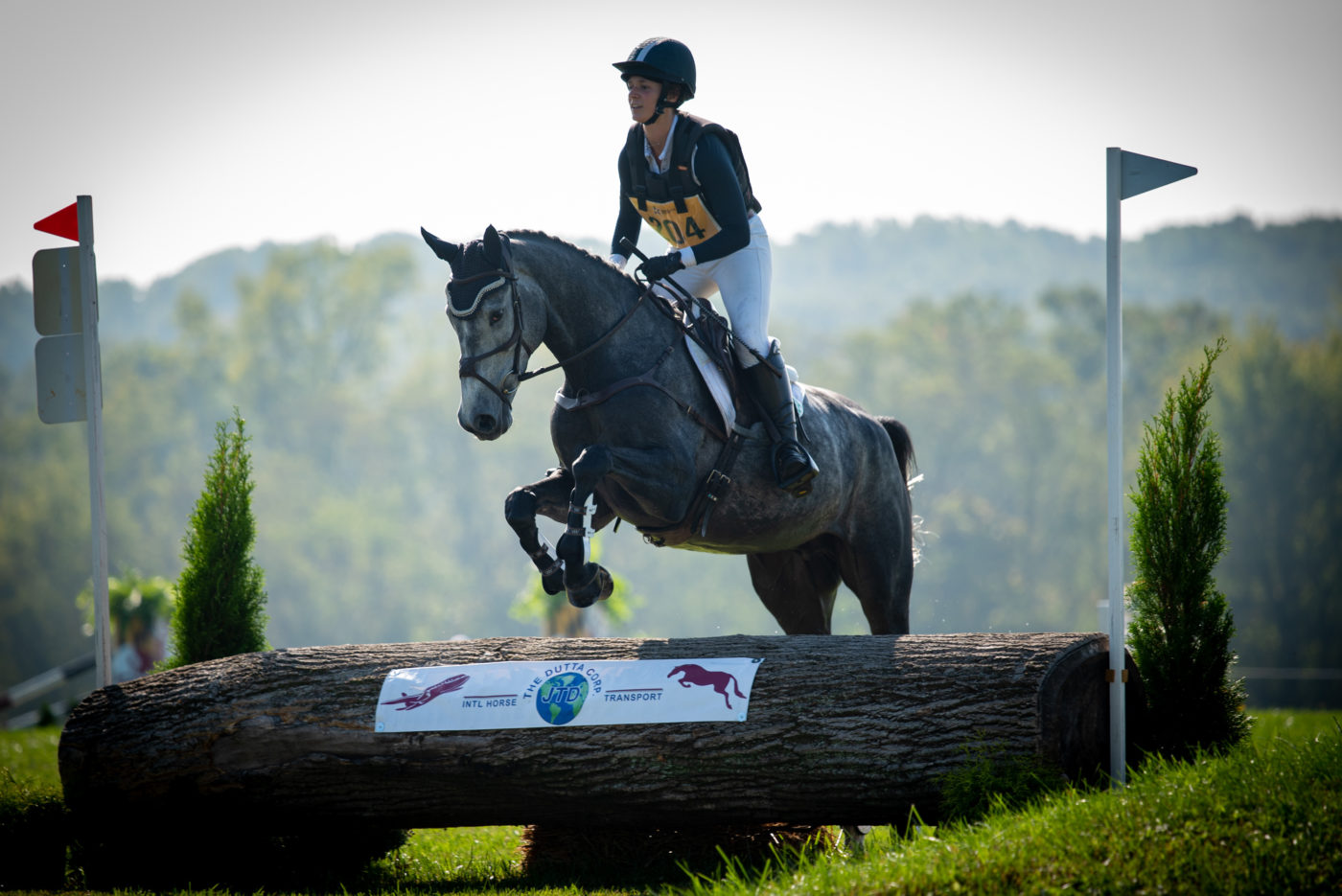 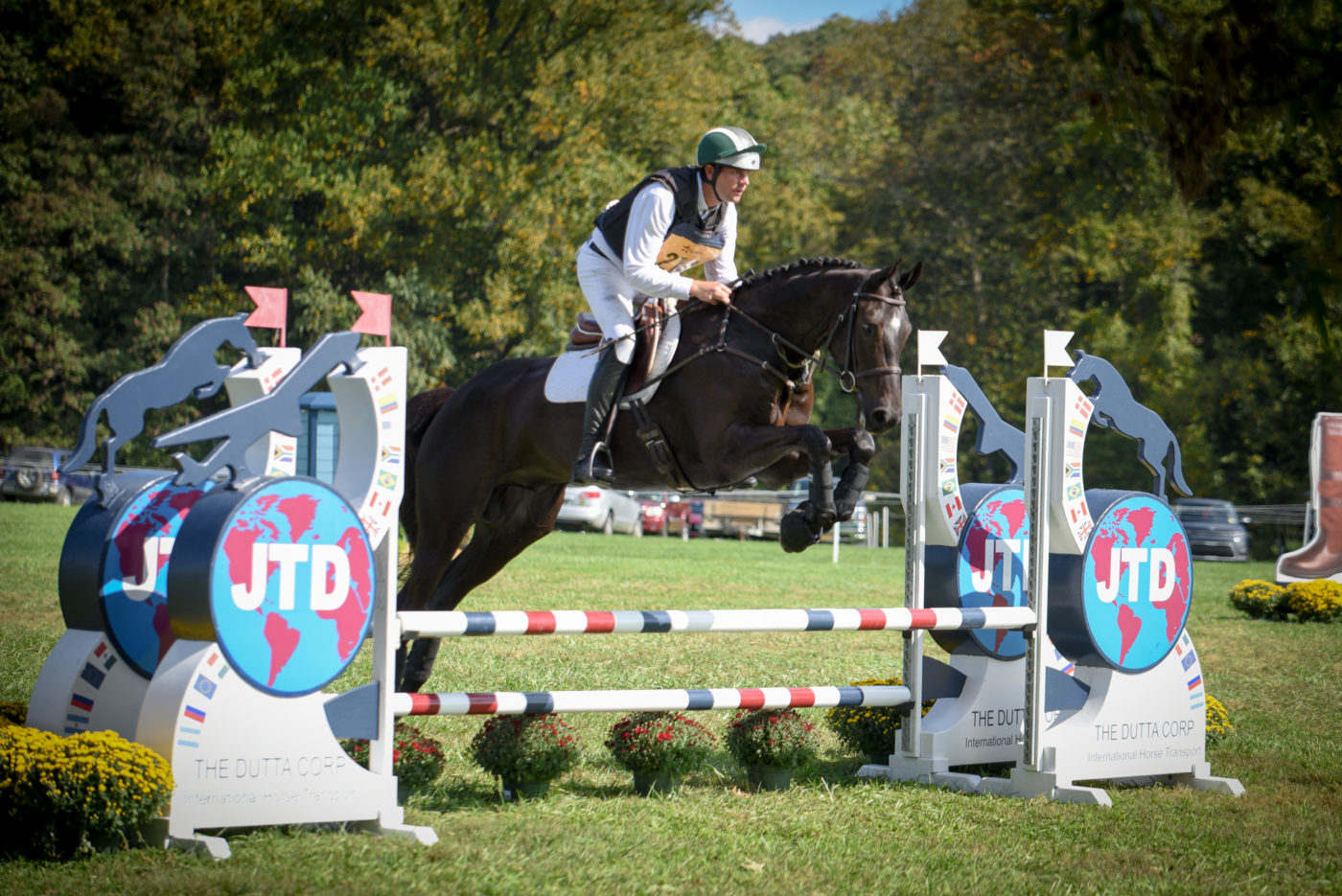 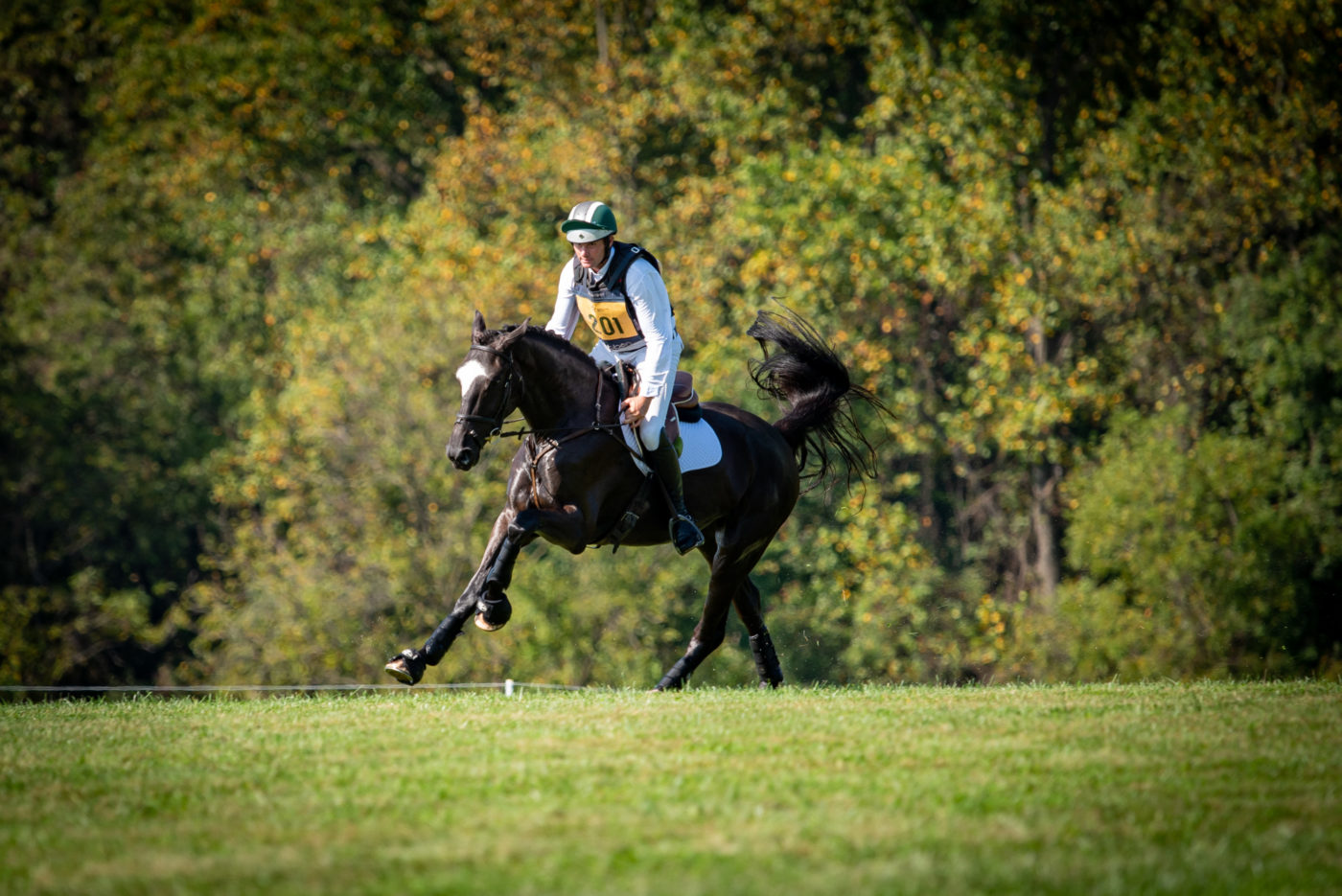 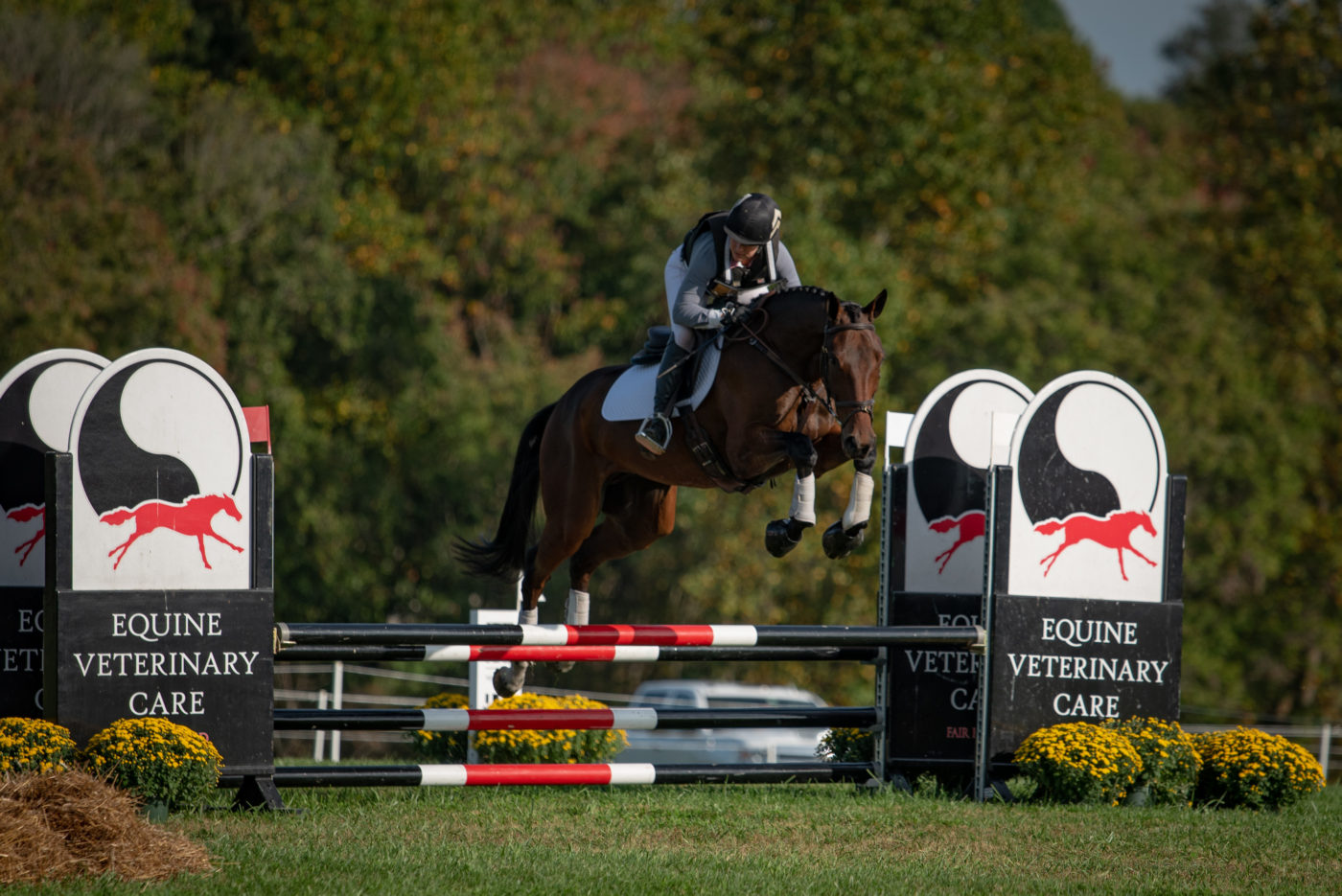