“They were all amazing – unbelievable,” said Halliday-Sharp. “I thought it rode how I planned. I thought the time was easier than in some years. All three of them jumped amazing. I would say that it is one of the best rounds Deniro has ever jumped, one of the best rounds Cooley Quicksilver has ever jumped, and Blackie always jumps well unless I do something stupid. They were all great – I had some help from Richard Picken in the warm-up and he really knows those horses now so he got it just right for all three of them. I couldn’t really ask for more.”

Watch Halliday-Sharp's round with Fernhill By Night:

Last year too much time on cross-country cost Halliday-Sharp and Fernhill By Night the win, so she is looking to redeem herself this year. Luckily she has a bit of breathing room with her horses sitting in first and second.

“Obviously for Blackie isn’t the world’s fastest horse, but he is quick enough,” explained Halliday-Sharp. “I need to be super-efficient, and I definitely think early on you have to come out of the box and really be going. I think Deniro is fast enough too and Cooley Quicksilver is so nippy. He is a young horse, but it suits him to run faster, so I will probably run them all quick enough. The ground is a bit sloppy, but better that than hard. I think it is one of the better courses that Ian [Stark] has built here and there is plenty to do.

Hallie Coon jumped up from seventh to third with one of only 17 double clear show jumping rounds today. Celien, a 12-year-old KWPN mare (Tenerife VDL x R Quicksilver), owned by Hallie and her mom, Helen. Show jumping is not Celien’s strong suit – she only jumped one clear FEI round in the last two years – so today was even more special.

“It felt great,” said Coon of her round. “She has been jumping out of her skin this year. We have been approaching show jumping with a bit different view and mixing it up for her and she seems to really be benefiting from it. It is my job to get her to the fences with a bit of a gap so she has to actually use her scope and try. It has been interesting because once she became used to the level she said ‘eh’ I can do it, but do I really want to?”

Looking ahead to tomorrow Coon said that she is impressed with the cross-country course. “It is a fair track I would say. A little bit softer than last year, but with some really good questions that I think are going to prepare the horses well for Kentucky. Obviously, the main factor here is always time, but I have an inkling that this year it might be easier to get because they have done so much work on the ground and so much clearing out there. The paths in the first part of the course are so much wider and so much easier to see where you are going.”

“It has been really busy,” said Coon of her experience in the Team Challenge. “I haven’t had a moment to sit down because I don’t have a groom, but Leslie [Law] and Erik [Duvander] have been great and we have developed the team camaraderie that sort of comes with these things. I think it has been really useful and a really good experience.”

Holly Payne Caravella is Queen of the CCI3*-S

“He was awesome,” she said. “I was so happy. He was really rideable. I’m just really proud of him this weekend because he had just started to get to the point where he’s getting a little fitter and a little more worked up in the big atmosphere. He definitely felt the atmosphere, but it just made him jump better. He listened really well and stayed cool and rideable, so I was really happy with him.”

“I think it looks good,” continued Payne Caravella about the cross-country course. I think there’s plenty to do out there, but it’s very fair and it’s a good benchmark of where you are in your training. I think if you have an issue, then that’s a hole in your education that you can go home and work on. Then if you do well, great, then you’re right on track with your education. I think it’s good that way.”

You can follow all the action on the live scores here or by watching the live stream on EQSportsNetand thanks to a recently announced partnership with the USEA, registered viewers will be able to watch live and on-demand coverage at a discounted rate. Sign up for your EQSportsNet subscription at www.eqsports.net and enter the code EQUSEA2019 during registration. 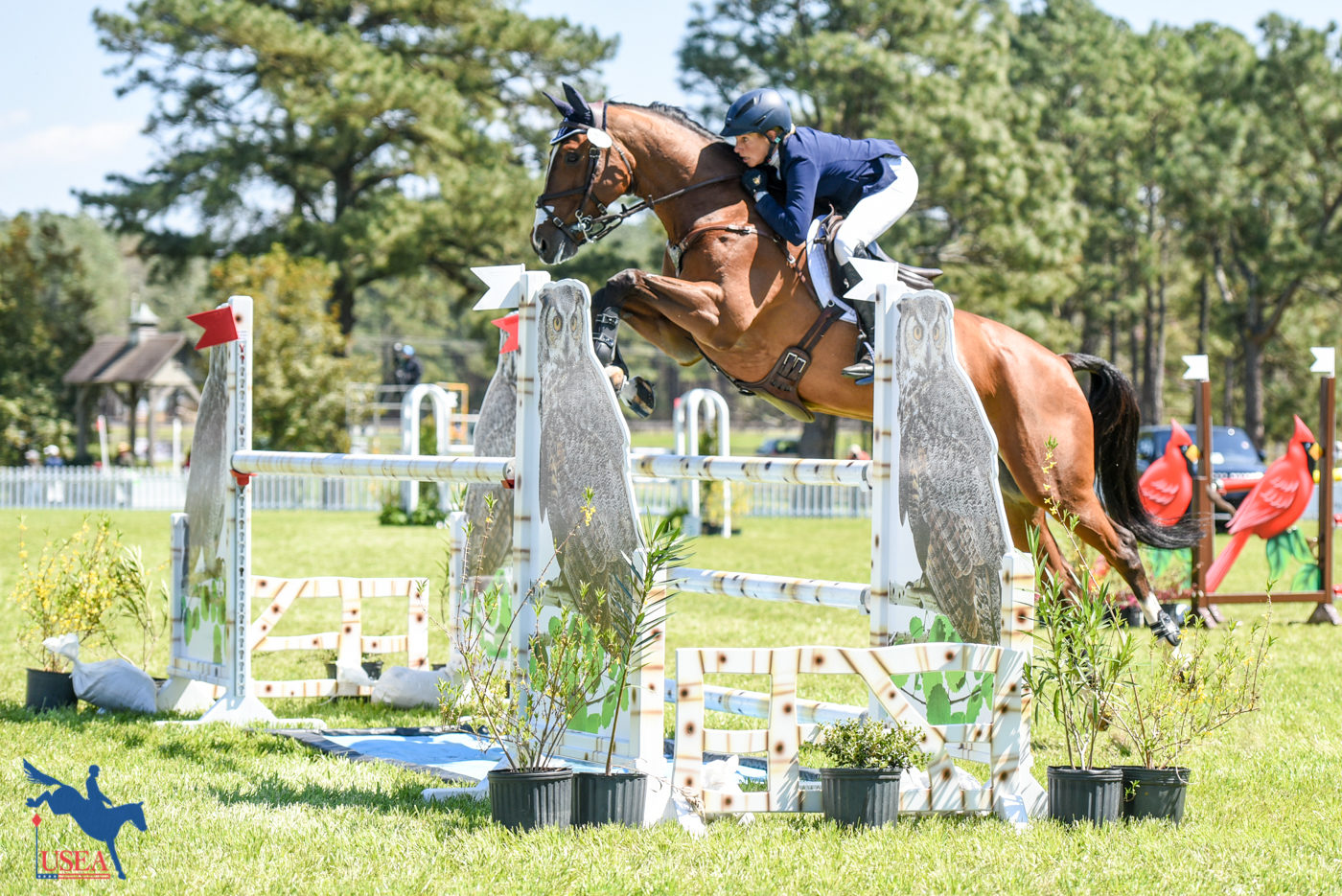 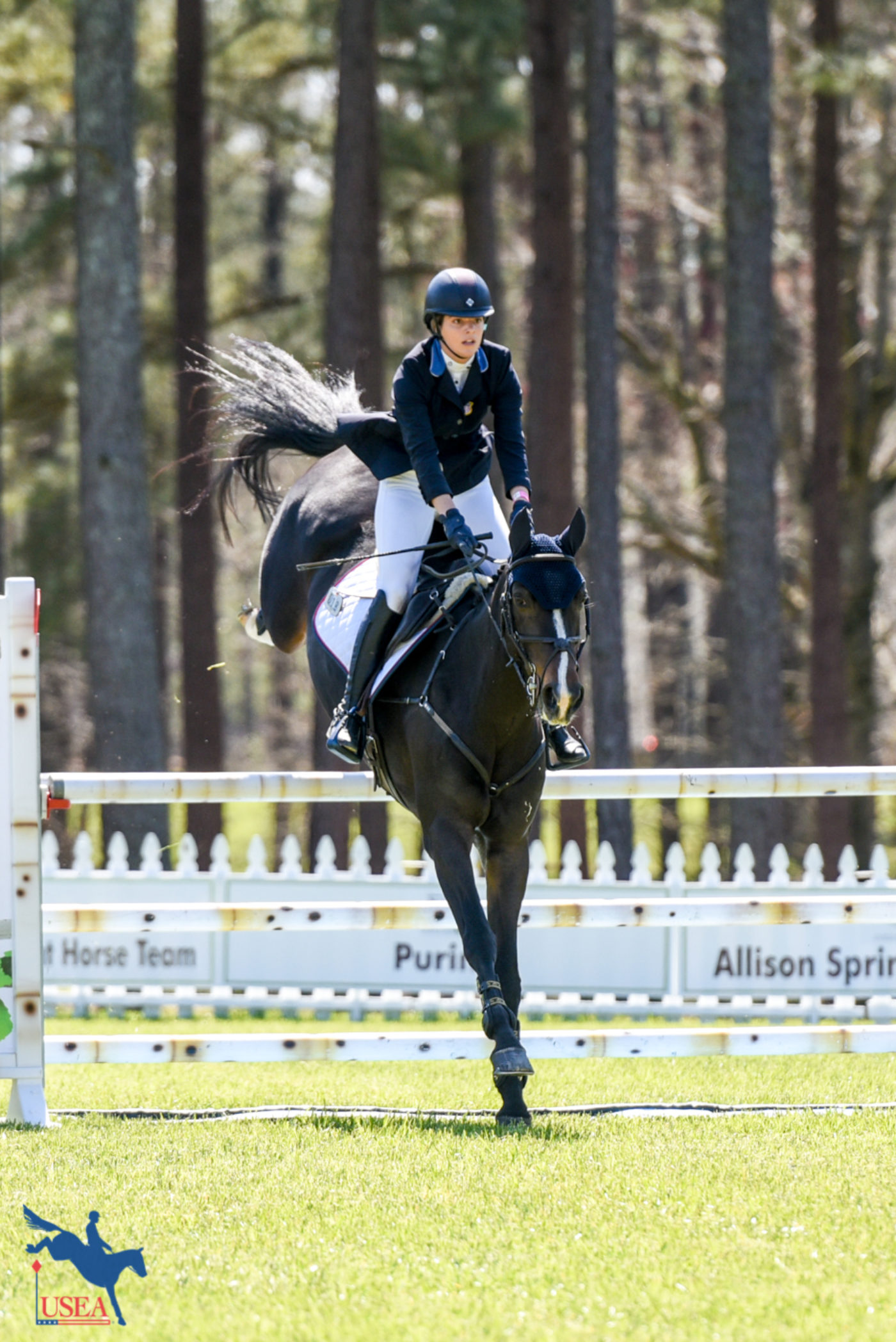 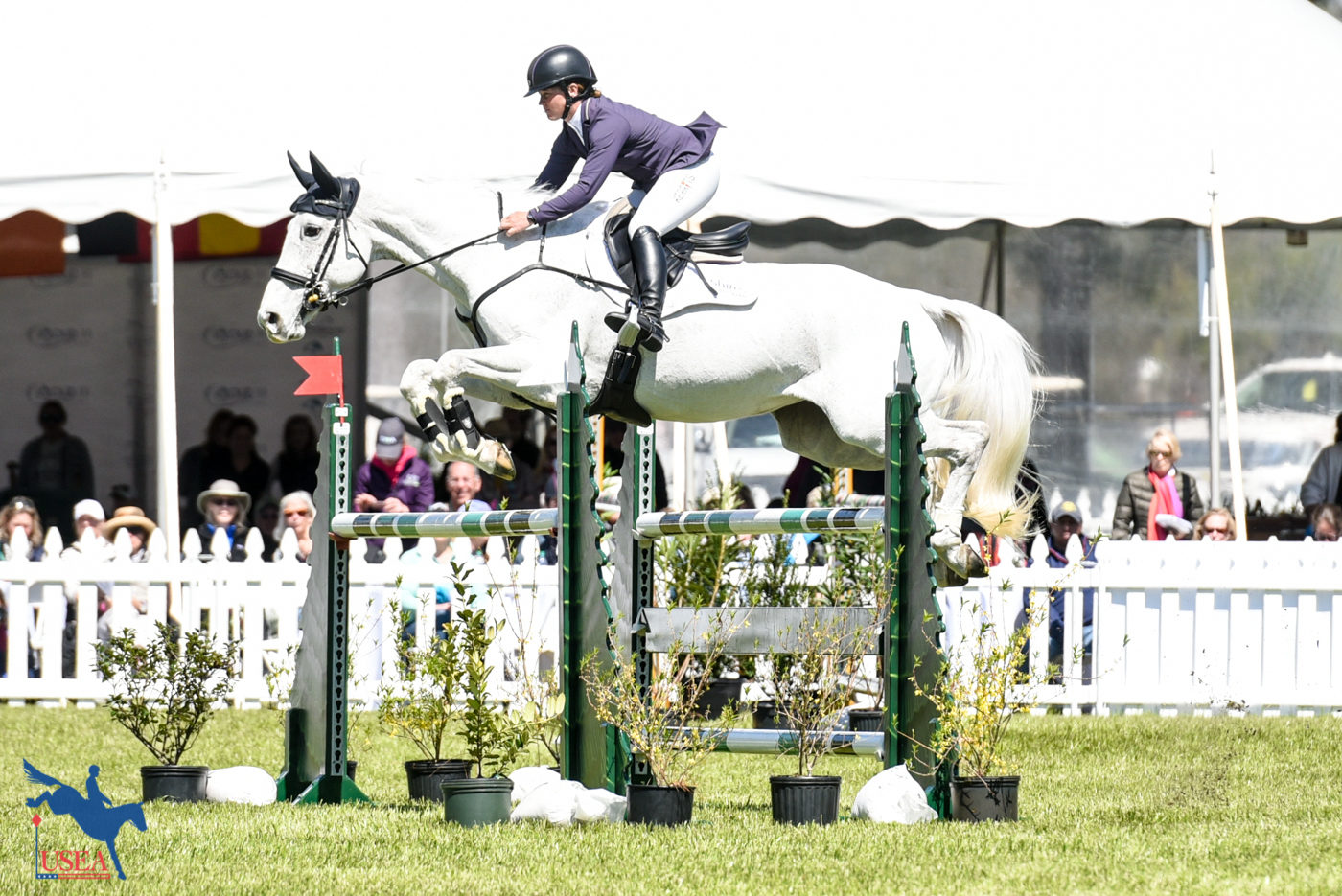 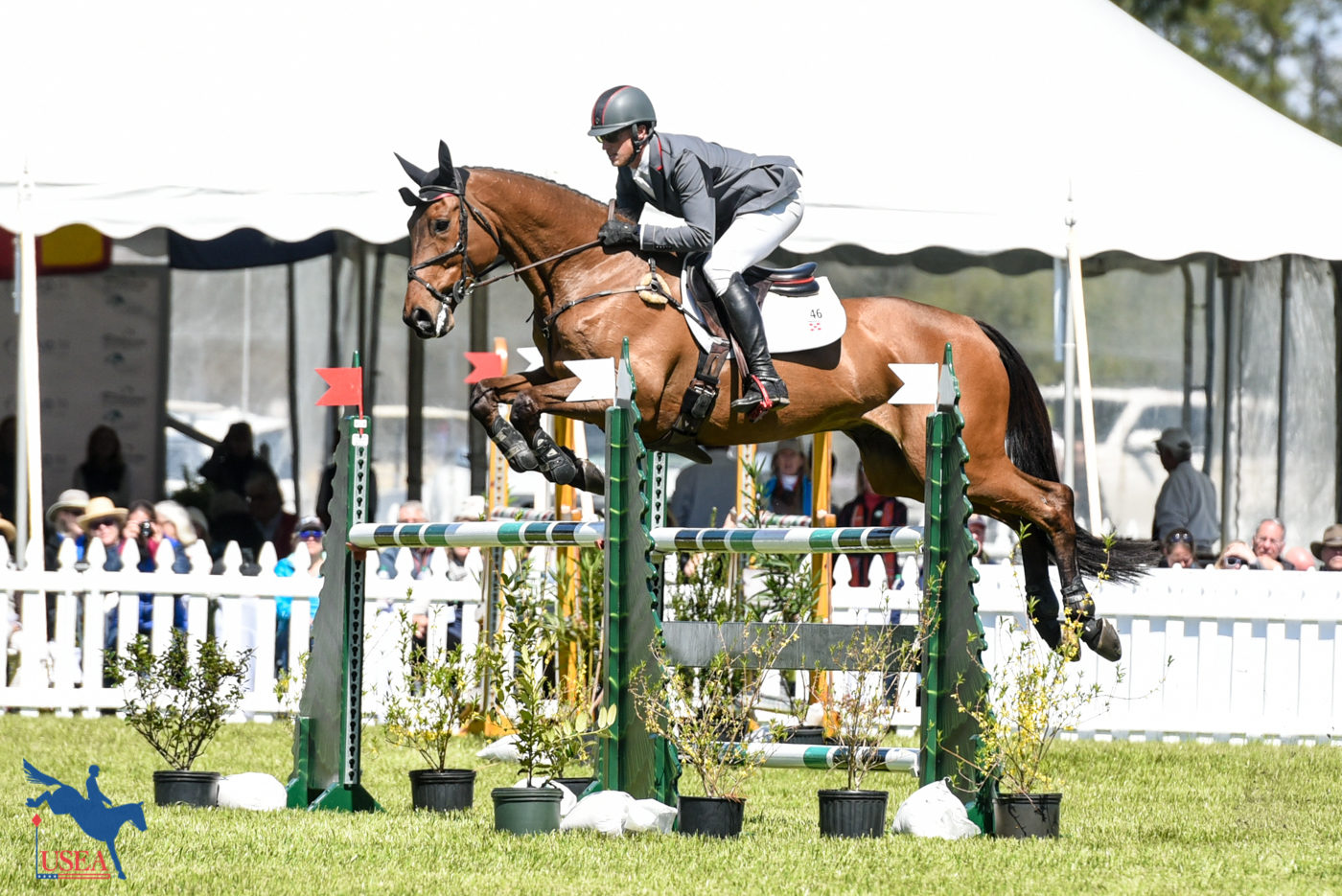 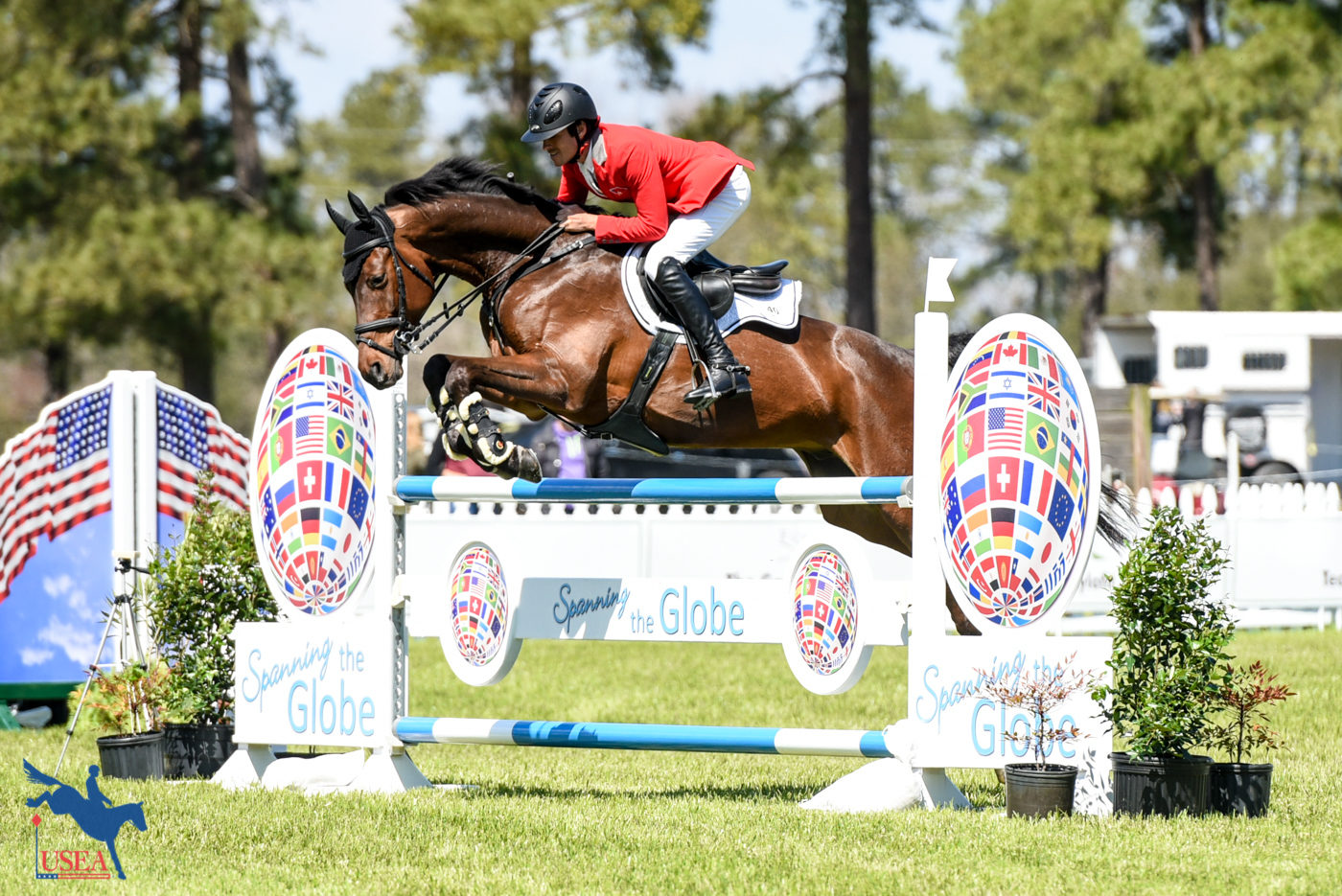 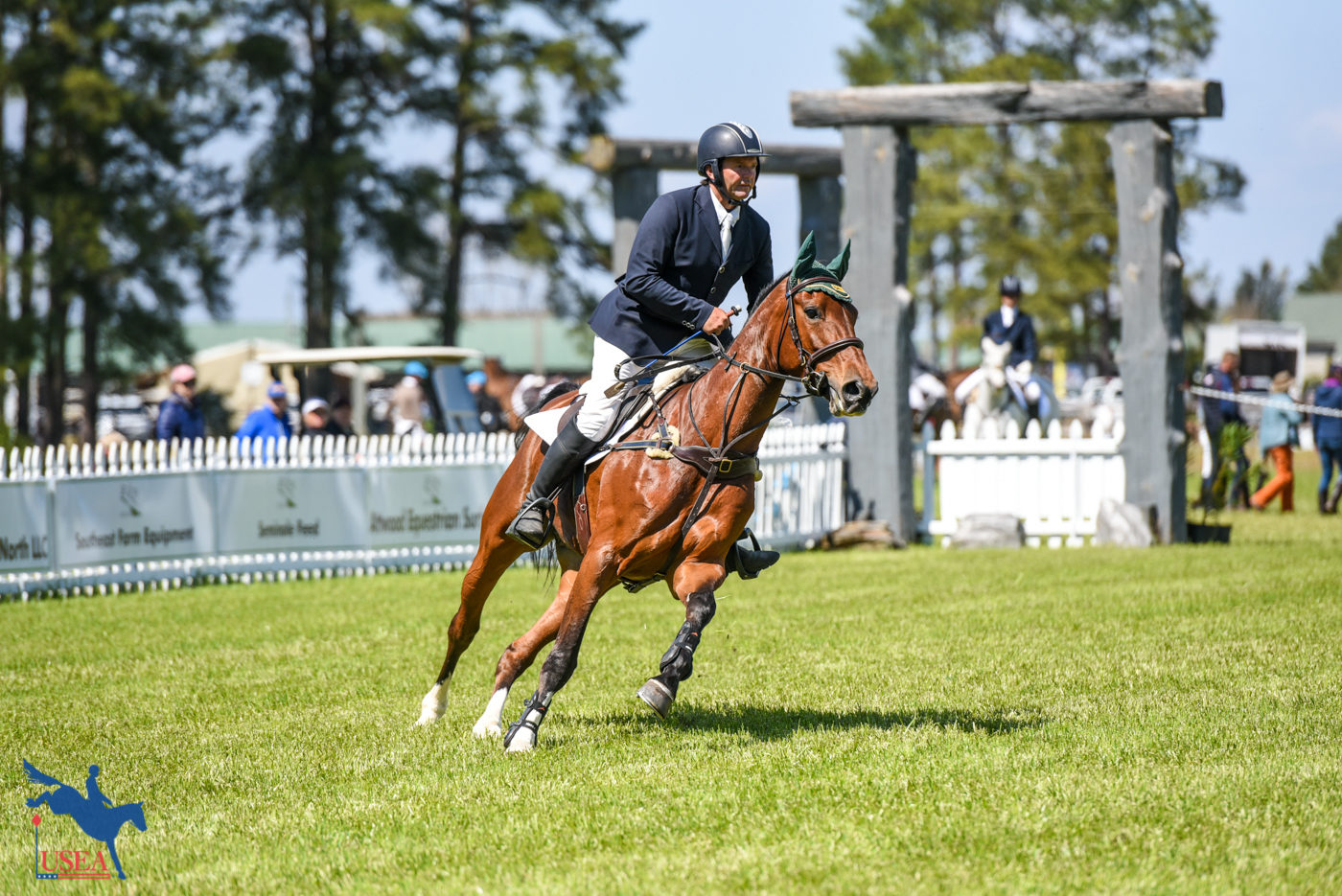 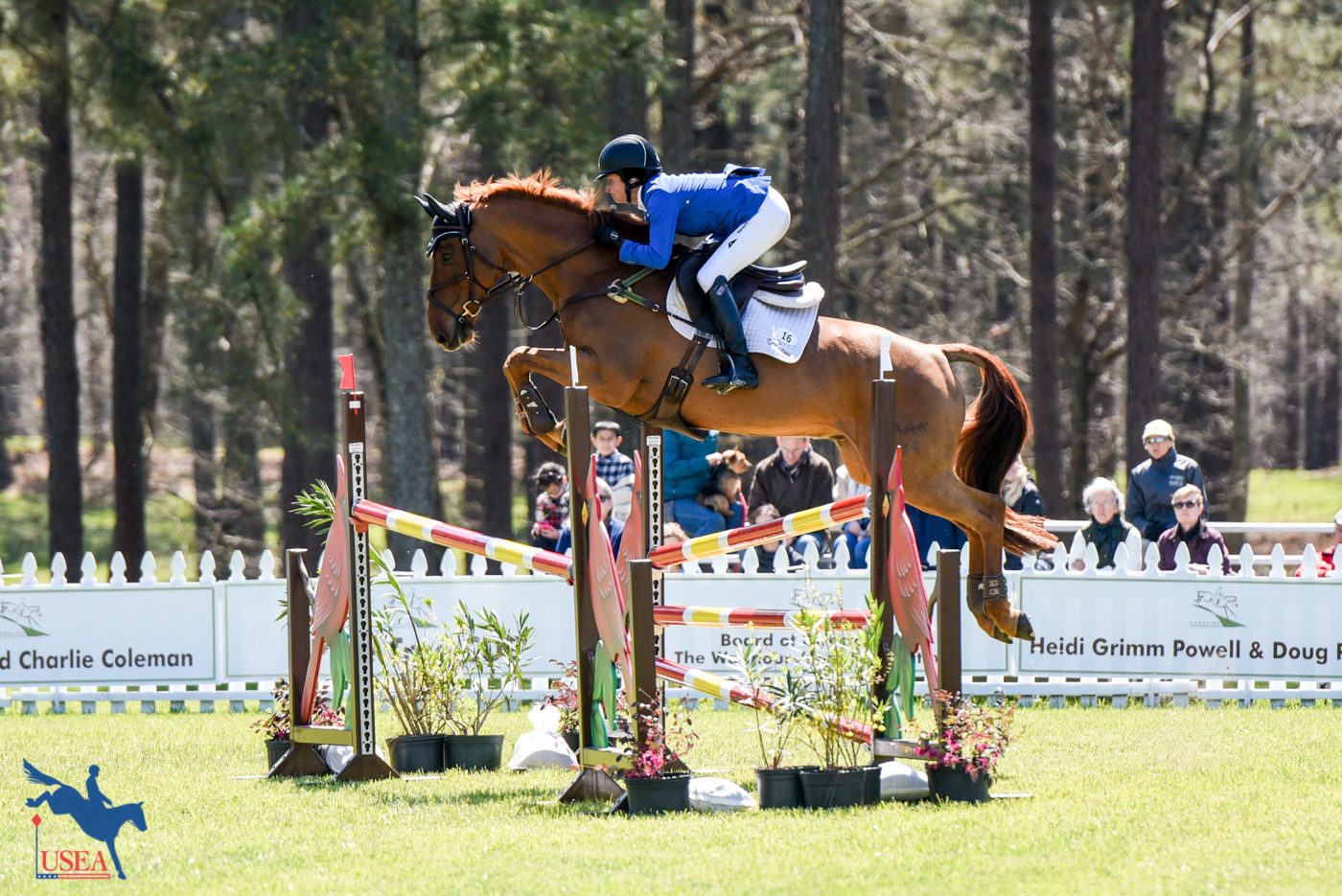 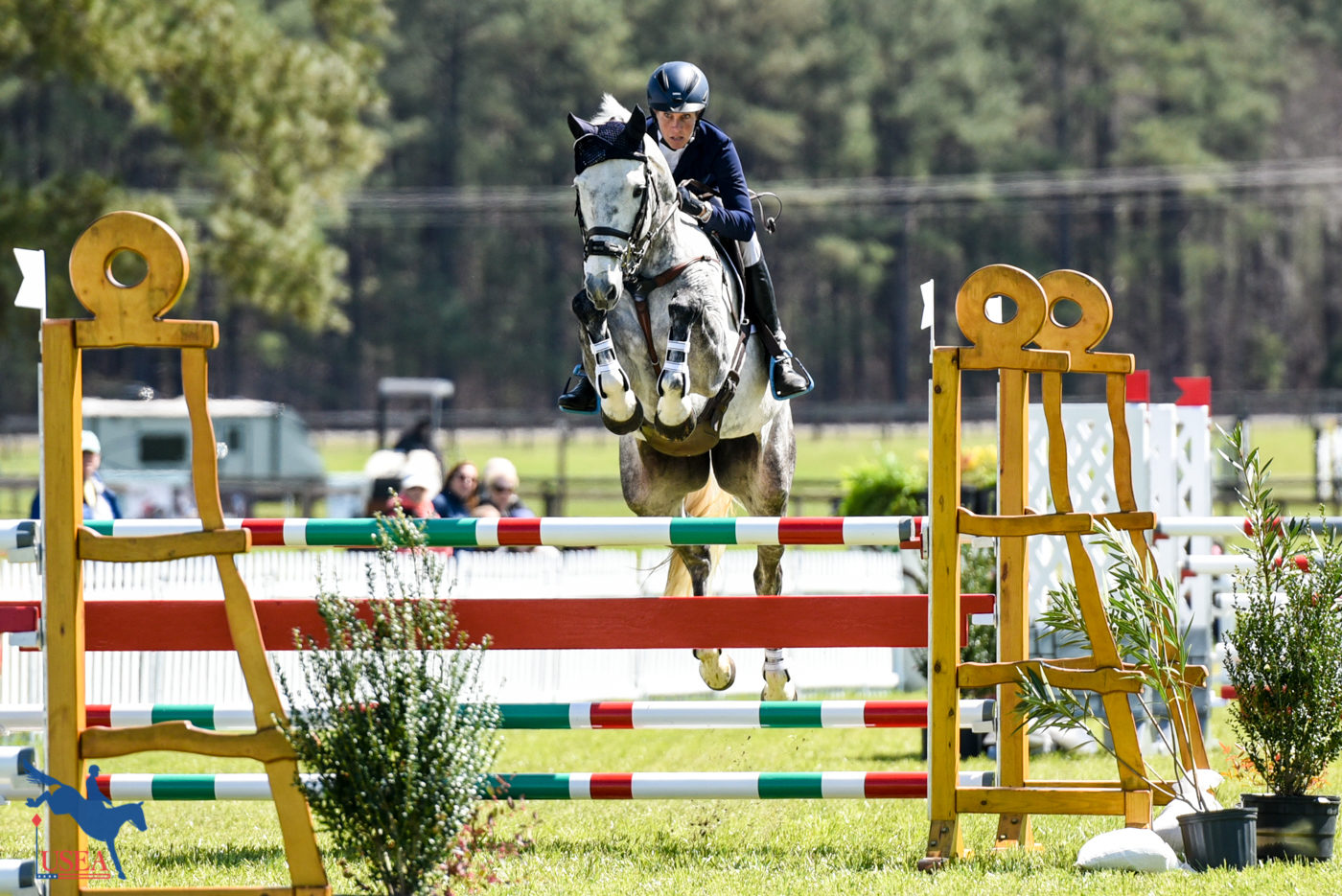 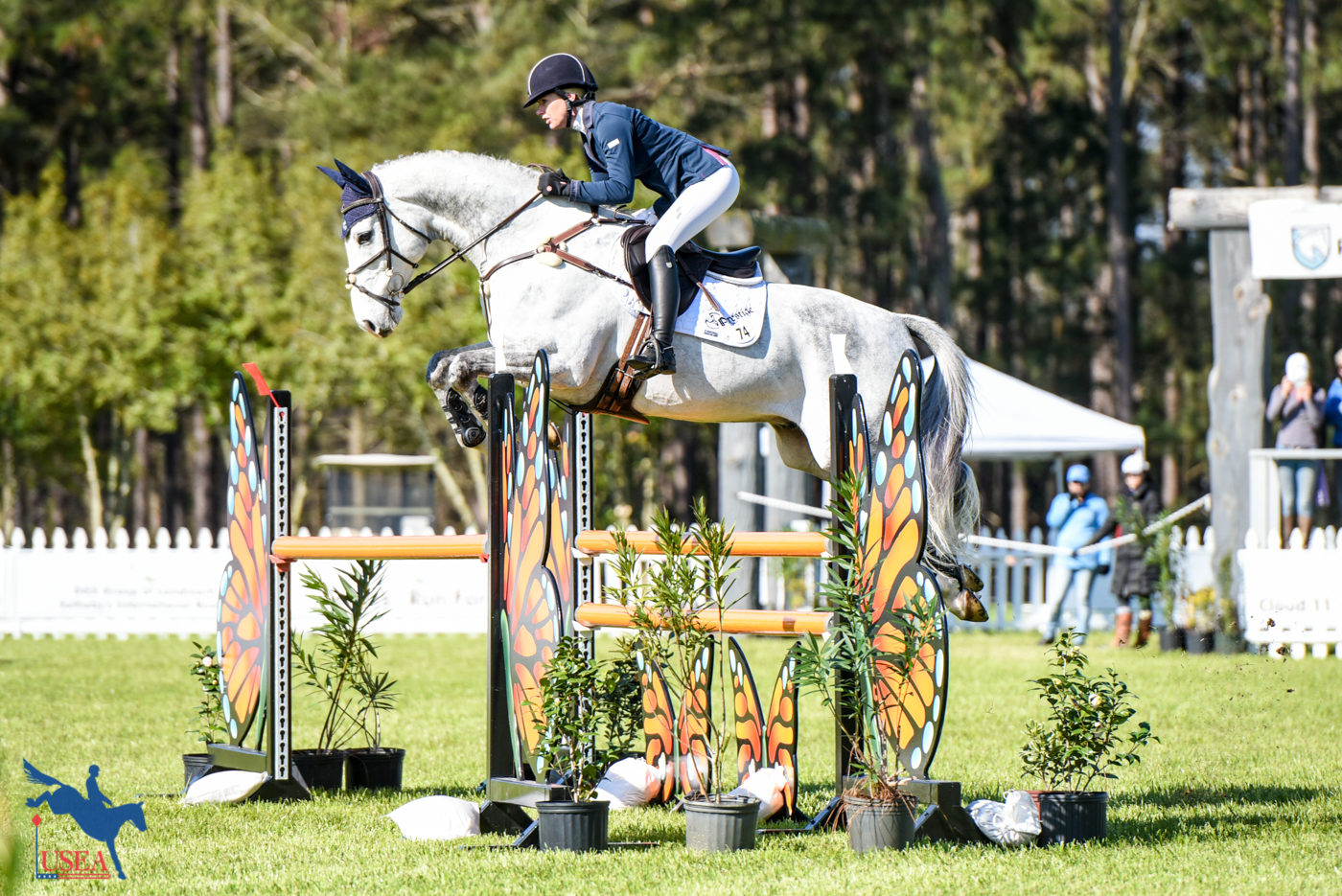 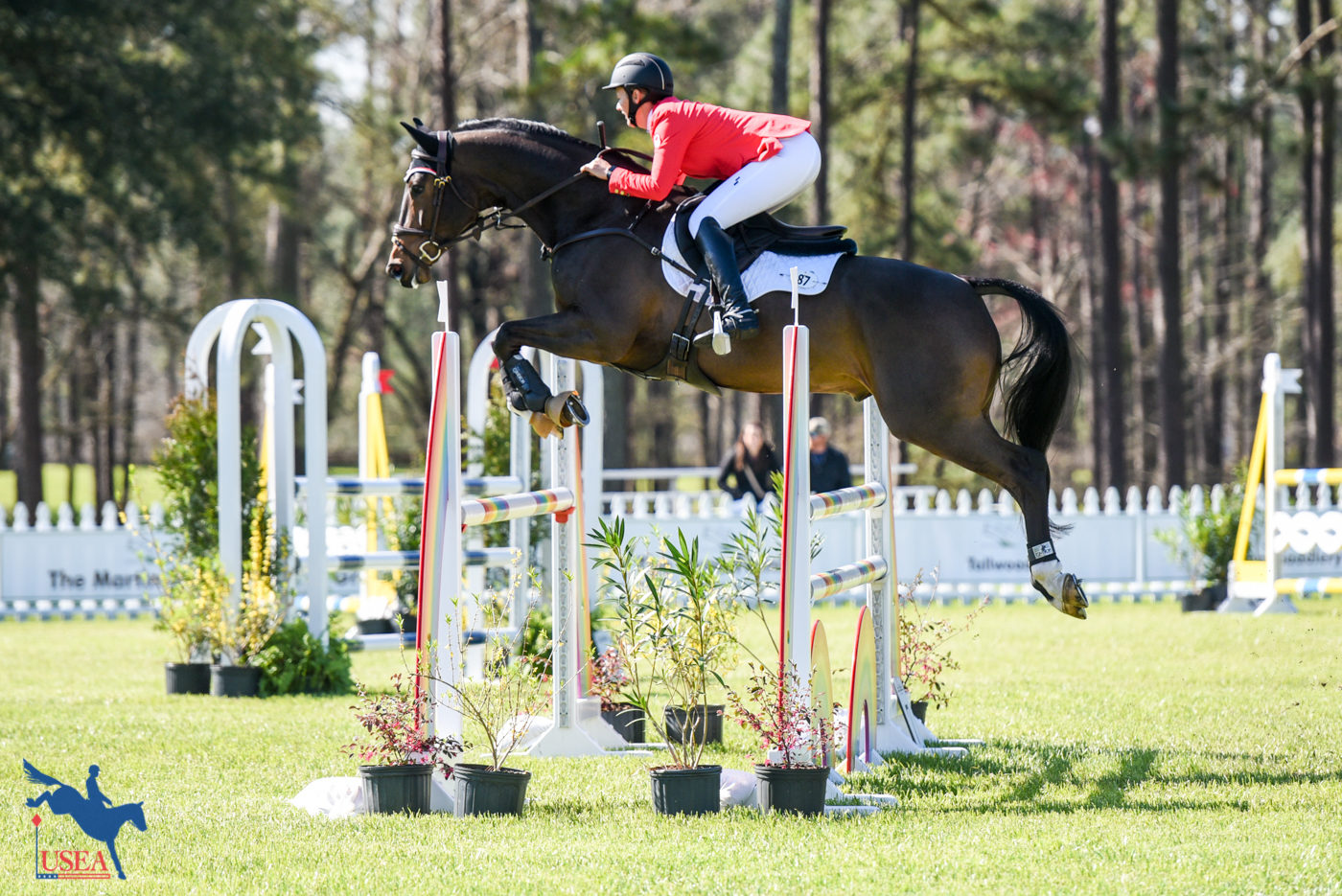 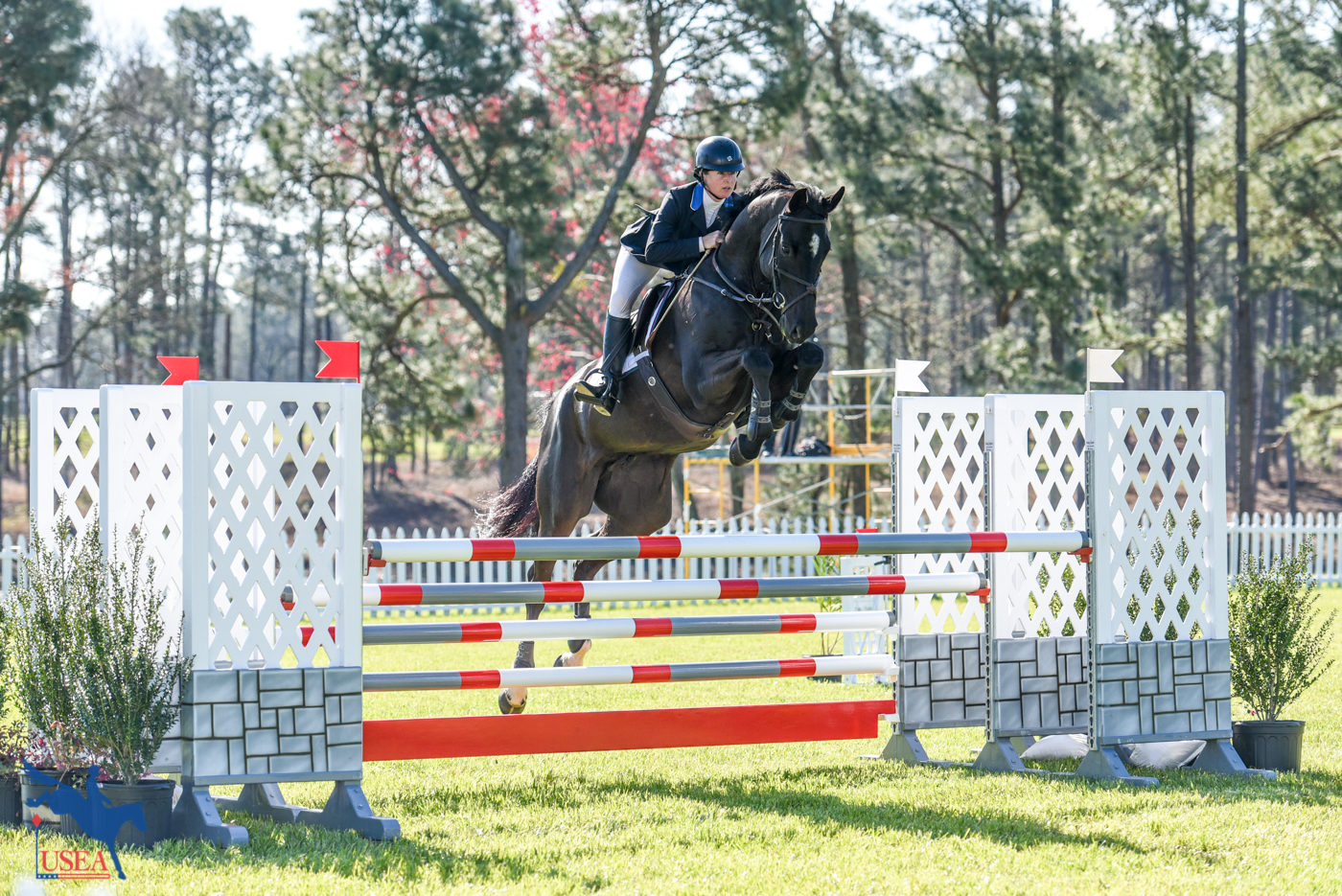 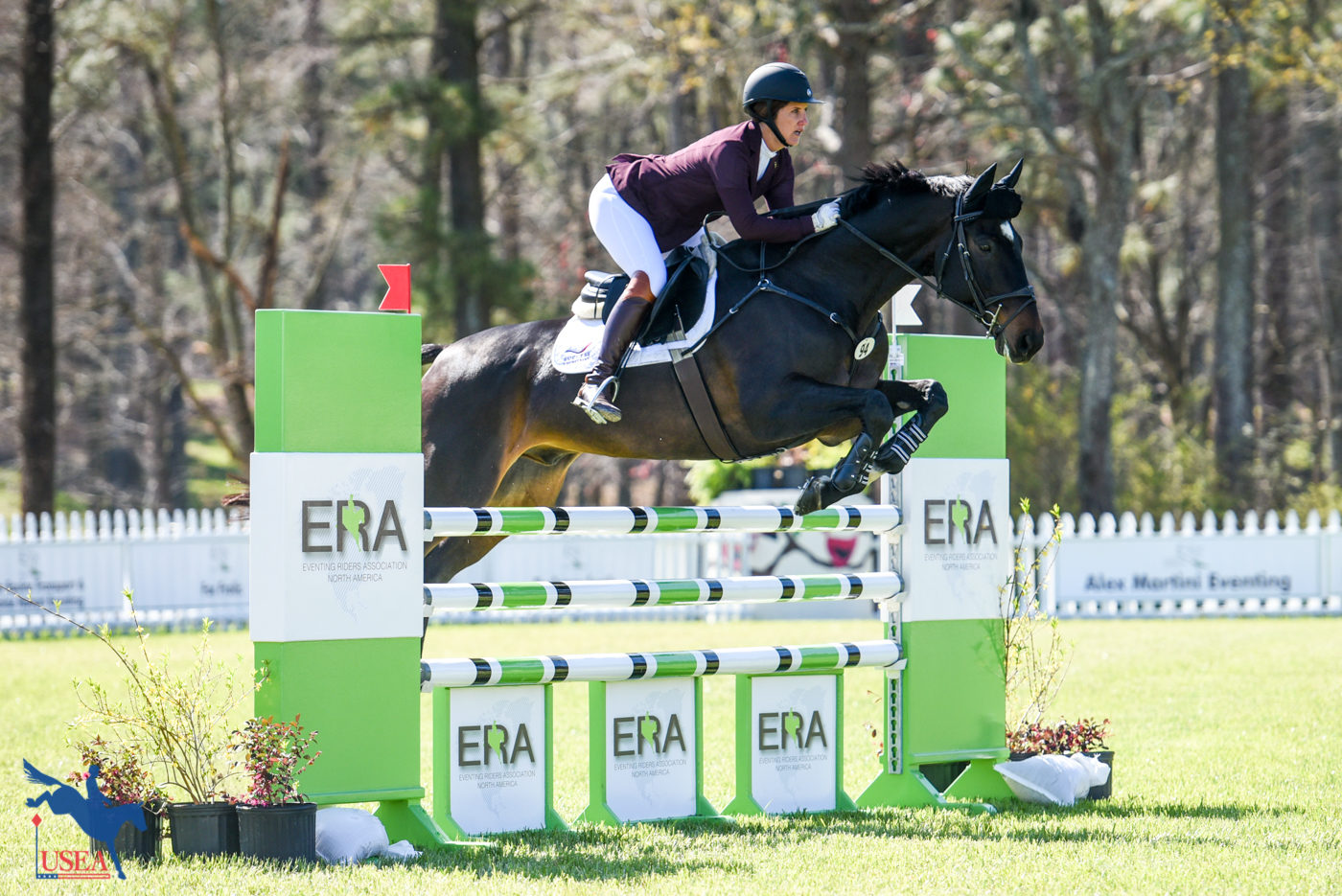