Emotional Victory for Area II in the NAYC CICOY2*

Heaps of emotions and tears of joy flooded today’s press conference after Area II won team gold in the CICOY2* at the 2018 FEI/Adequan North American Youth Championships at Rebecca Farm. The team led all three phases of competition throughout the week, ending on a total combined score of 111.2, nearly 20 points ahead of the silver medal team.

“I started crying when Olivia had a clear round,” said Alexa Lapp of her Area II teammate Olivia Dutton. Dutton was first in the show jumping arena aboard Mr. Medicott, the 19-year-old Irish Sport Horse gelding (Cruising x Slieveluachra) after the pair jumped in big to the water at 15B yesterday, forcing them to circle and pickup 20 cross-country penalties. Mr. Medicott and Dutton laid down a double clear round for Area II, setting the pace for the rest of the team in today’s show jumping phase.

“I was a little nervous, especially since I didn’t have much time to warm-up, being the first one to go after the jogs,” said Dutton. “Once I started jumping, I got more confidence and he was great. I’m so lucky to ride him.” Dutton choked back tears in today’s press conference as she stated that “Cave is actually retiring. I’m so lucky to ride him, and he’s been so good to me,” is all she had to say to open the flood gates in the media center to put every single person in there in tears as well.

Area II team riders Ryan Keefe, Alexa Lapp, and Tayler Stewart all sat in the top five overnight, and knew they needed to ride consistently in Chris Barnard’s CICOY2* show jumping course to secure their team ranking. Ryan Keefe and Rumsey Keefe’s 18-year-old Thoroughbred gelding, Flintstar (Zabalu x Croftlea Firequeen) stood in fourth heading into the arena, and took just one rail down to end their weekend in fourth place on a 39.4. “I was a little nervous, but I was more nervous watching all of my teammates. Once I got in the arena, I settled down a bit, and Flintstar was really good.”

Alexa Lapp was next up, sitting in individual bronze medal position after cross-country with Tim and Nina Gardner’s 16-year-old Irish Sport Horse, Cambalda (Balda Beau x Cathy’s Lady). “After Olivia’s great show jumping round on Cave, Jennie Brannigan walked up and said, ‘that’s what you’ve got to do,’ pointing at Olivia. She just rode so awesome.”

“I was so nervous,” said Lapp. “Unfortunately, he peeked at that liverpool and then he took the rail down, but he was so good,” Lapp explained after she ended the weekend with an individual bronze medal on a 36.6. “The fact that I’m on Jennie [Brannigan’s] best horse is just so crazy – I have to thank her so much. I also can’t thank the Gardners enough – they made my dreams come true this weekend by allowing me to ride Ping,” Lapp said as she became emotional.

Tayler Stewart was the final rider for Area II as she sat in individual second place heading into show jumping, and the pressure was on. “I didn’t have the horse I wanted in warm-up because he was behind my leg. So, I went in and focused and did what I could in there, and he really put his heart out for me, and I was really lucky,” Stewart said of her individual silver medal winning round.

Stewart was overwhelmed with emotions and was seen crying and hugging her beloved partner Ideal Contini, her own and Tyler Stewart’s 15-year-old Westphalian gelding (Contini x Riviera Wonder) after she realized she had won the individual silver medal and the team gold medal. “Taz is one of the best things to ever happen to me,” she said as she let out tears. “When you’re going through your teenage years, you go through a lot, and Taz has been my constant.” Stewart couldn’t stop the heartwarming tears from flowing, but explained that “even through the rough times in my life, he’s always given me something to work for and be passionate about. He has such a big heart for being someone’s pet and best friend. He wants to please and try his heart out, and no matter what’s happened to me, he’s always been there for me. I owe him so much. I owe him everything.”

The Area II team won the gold medal on a 111.2 and silver medal team was the combined team of Areas I, IV and VIII, finishing the weekend on a cumulative score of 130.2. Area VI completed the podium, winning the team bronze medal on a total score of 134.8.

“Mango is my strongest jumper, and he’s taught me so much,” Baugh said of Ballingowan Pizazz. “These last three years we’ve grown up so much together, and we’re finally getting a partnership where we can rely on each other and we know what each other are thinking. So this time, it was a bit more peaceful than stressful going into the arena,” said Baugh. The pair finished the weekend on their dressage score of 30.8.

The 2018 FEI/Adequan North American Youth Championships would not be possible without the graciousness of the Broussard family, and the USEA would like to send thanks for their incredible generosity for hosting this event. The NAYC brought young riders together from all over the country, and Rebecca Farm put on an incredible event filled with unmatched fun, entertainment, and exciting competition.

All NAYC scores are available here. 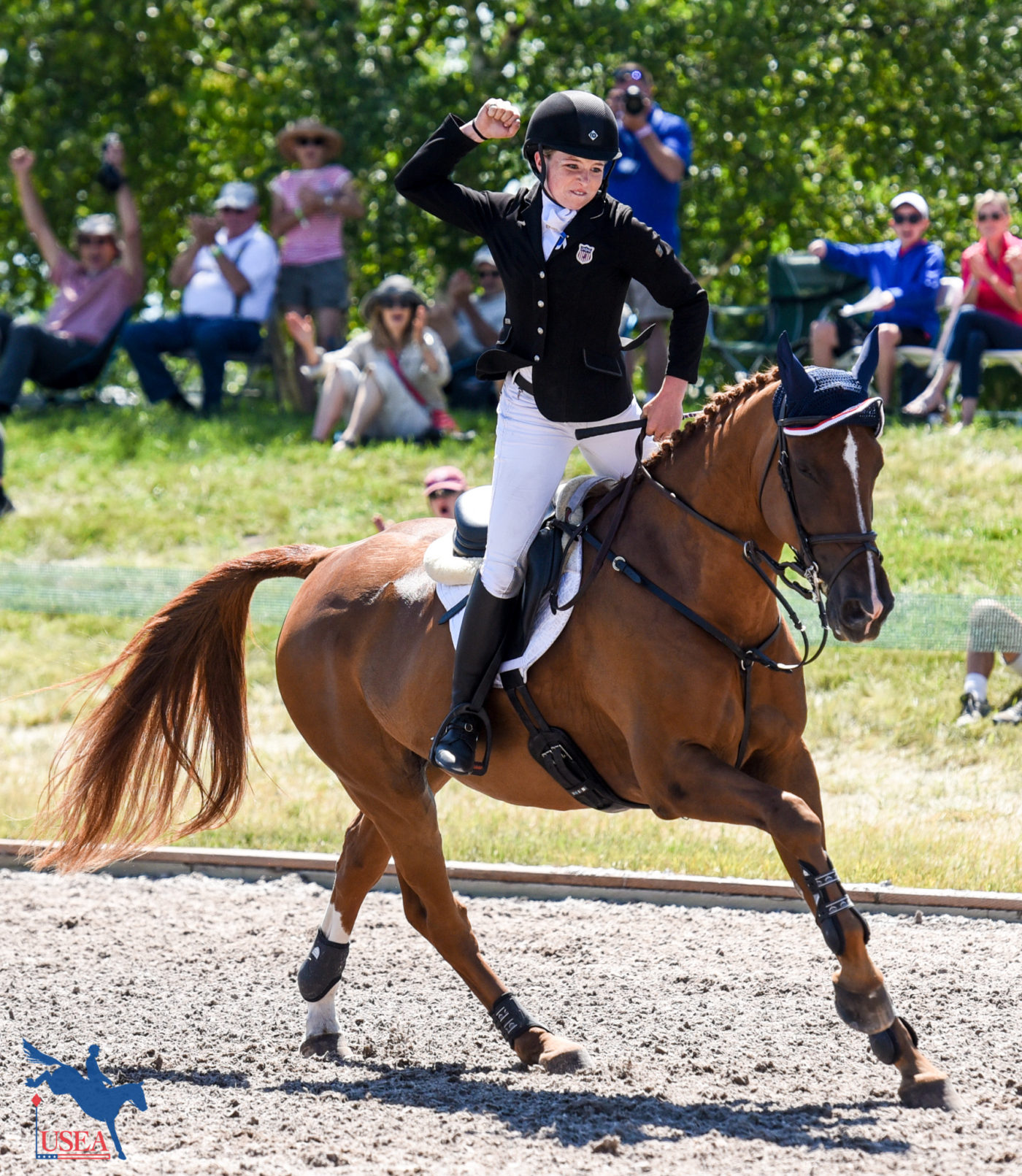 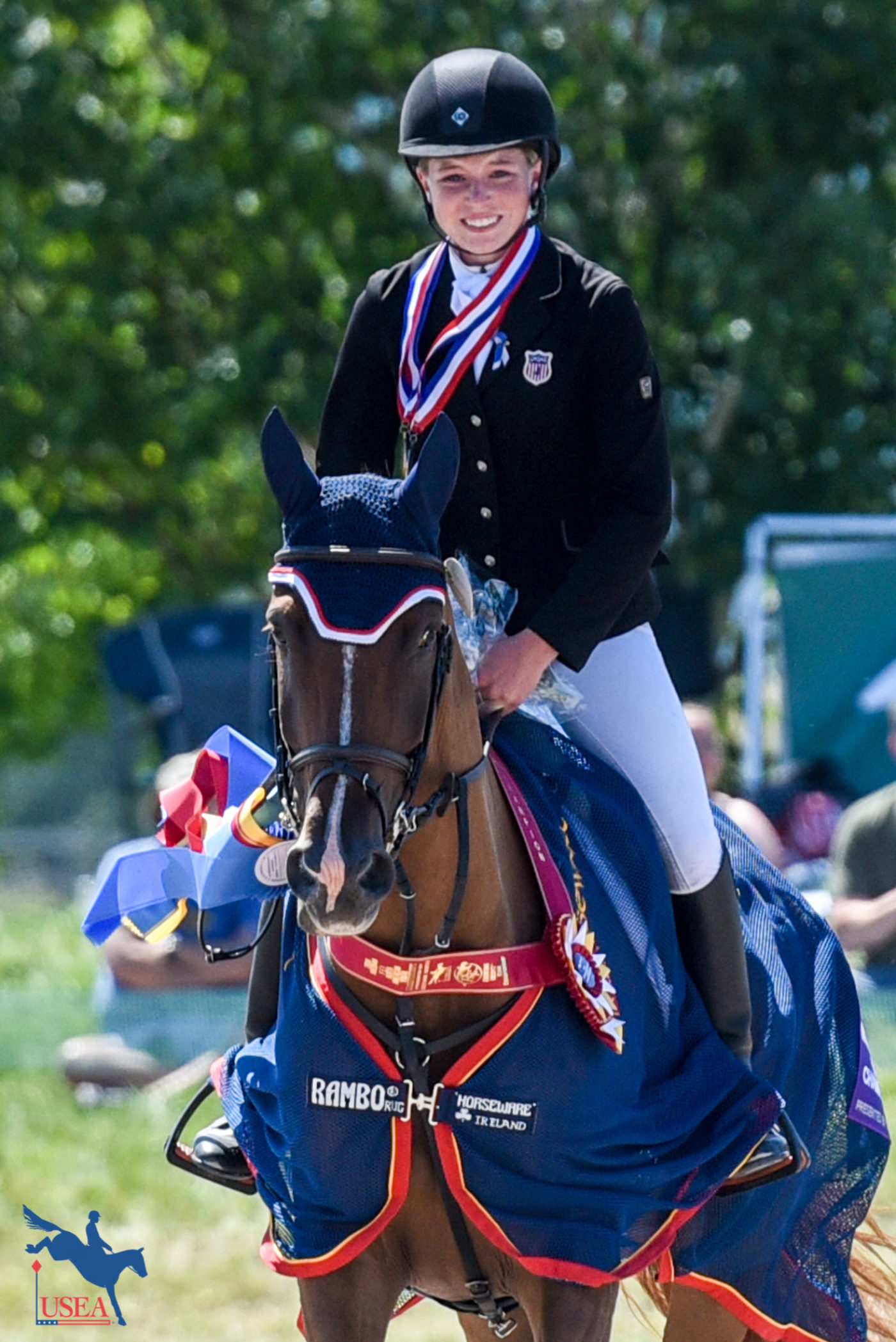 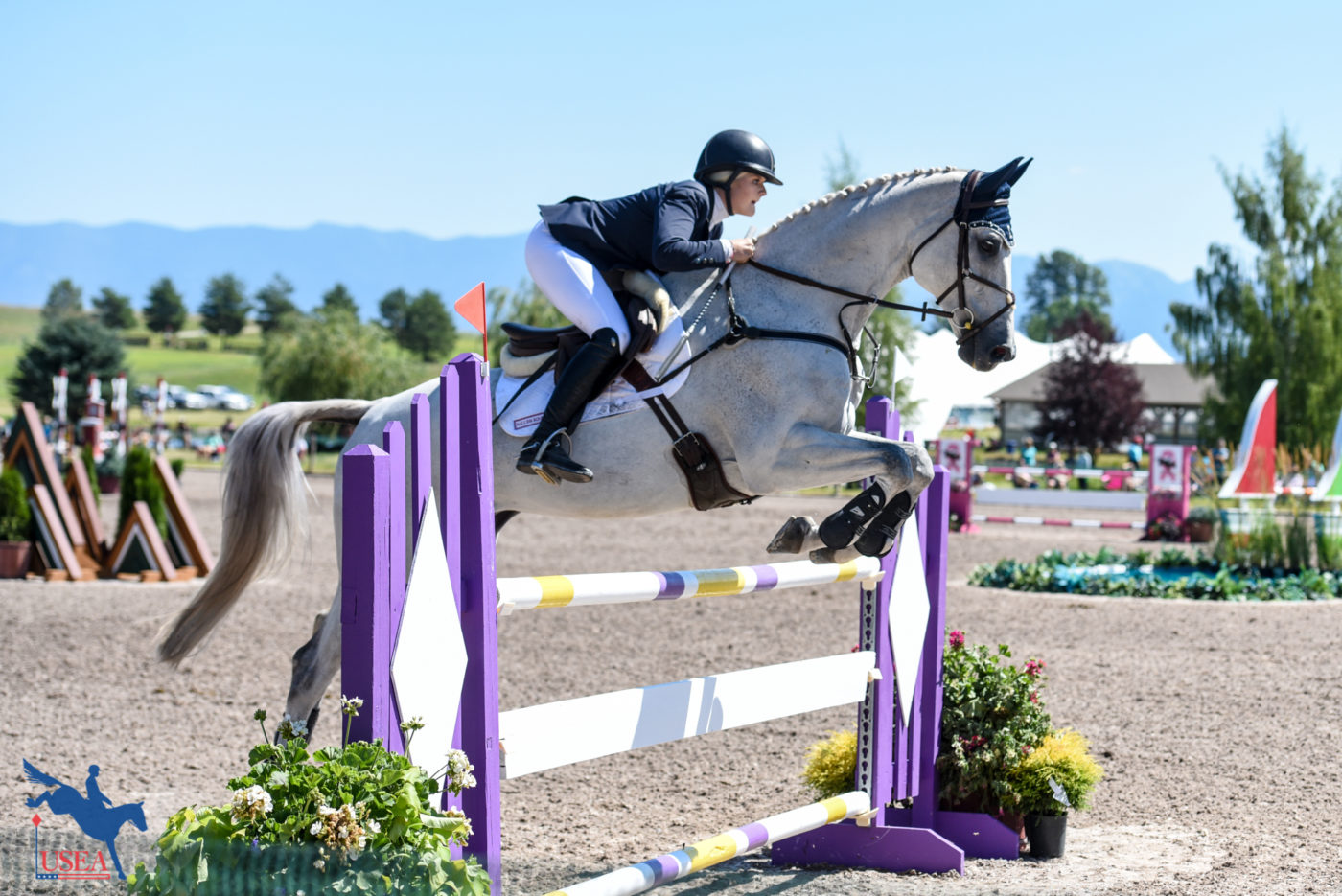 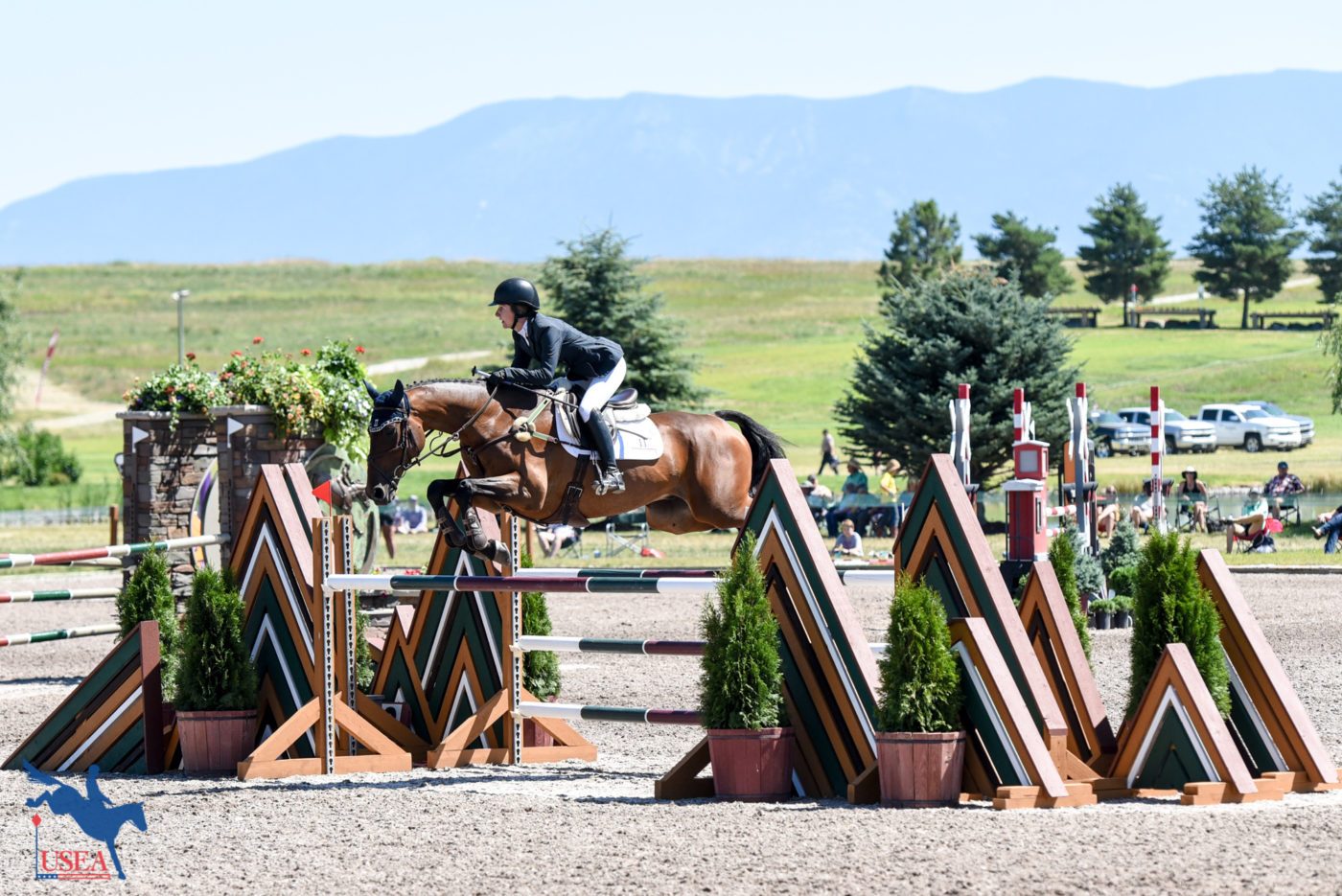 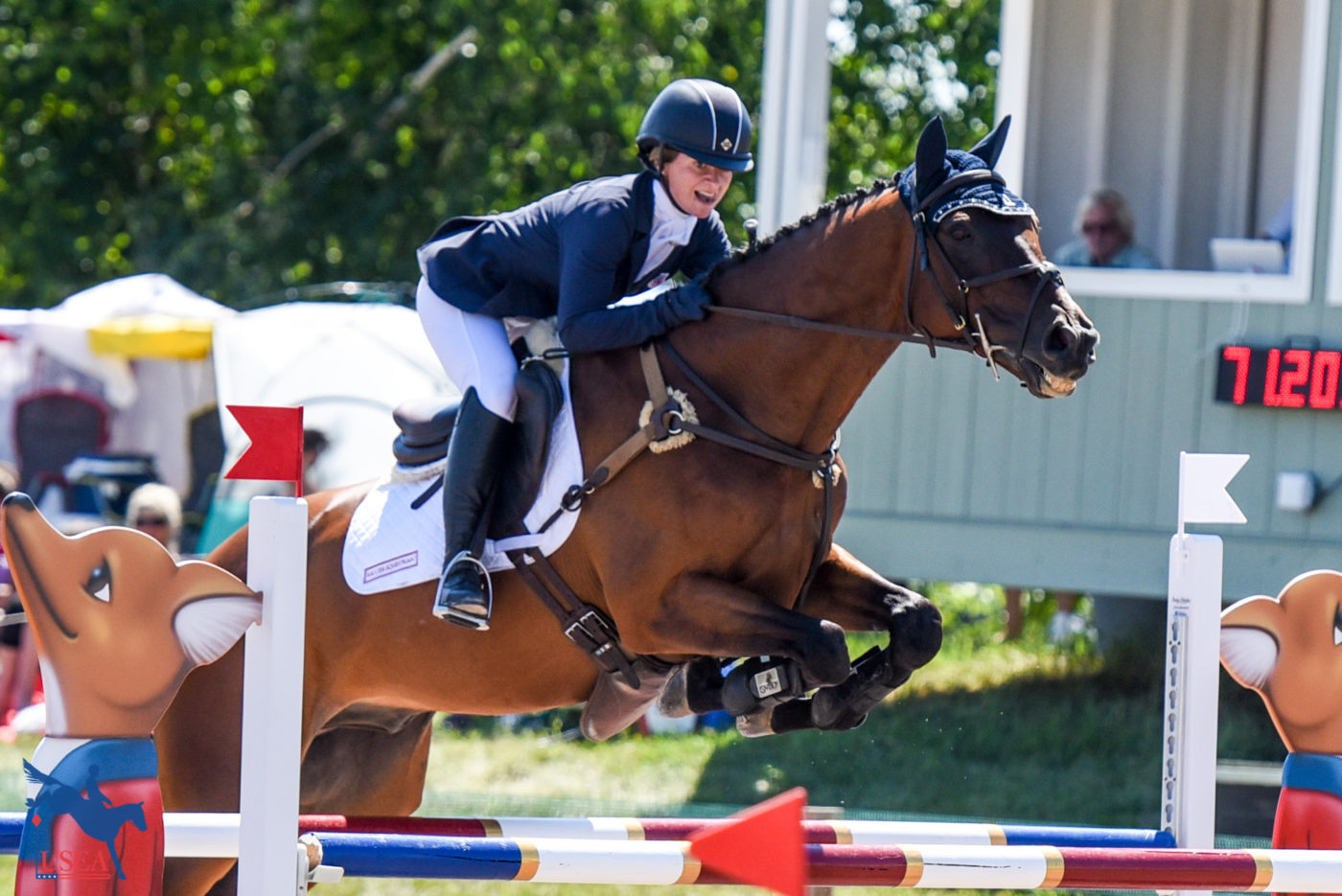 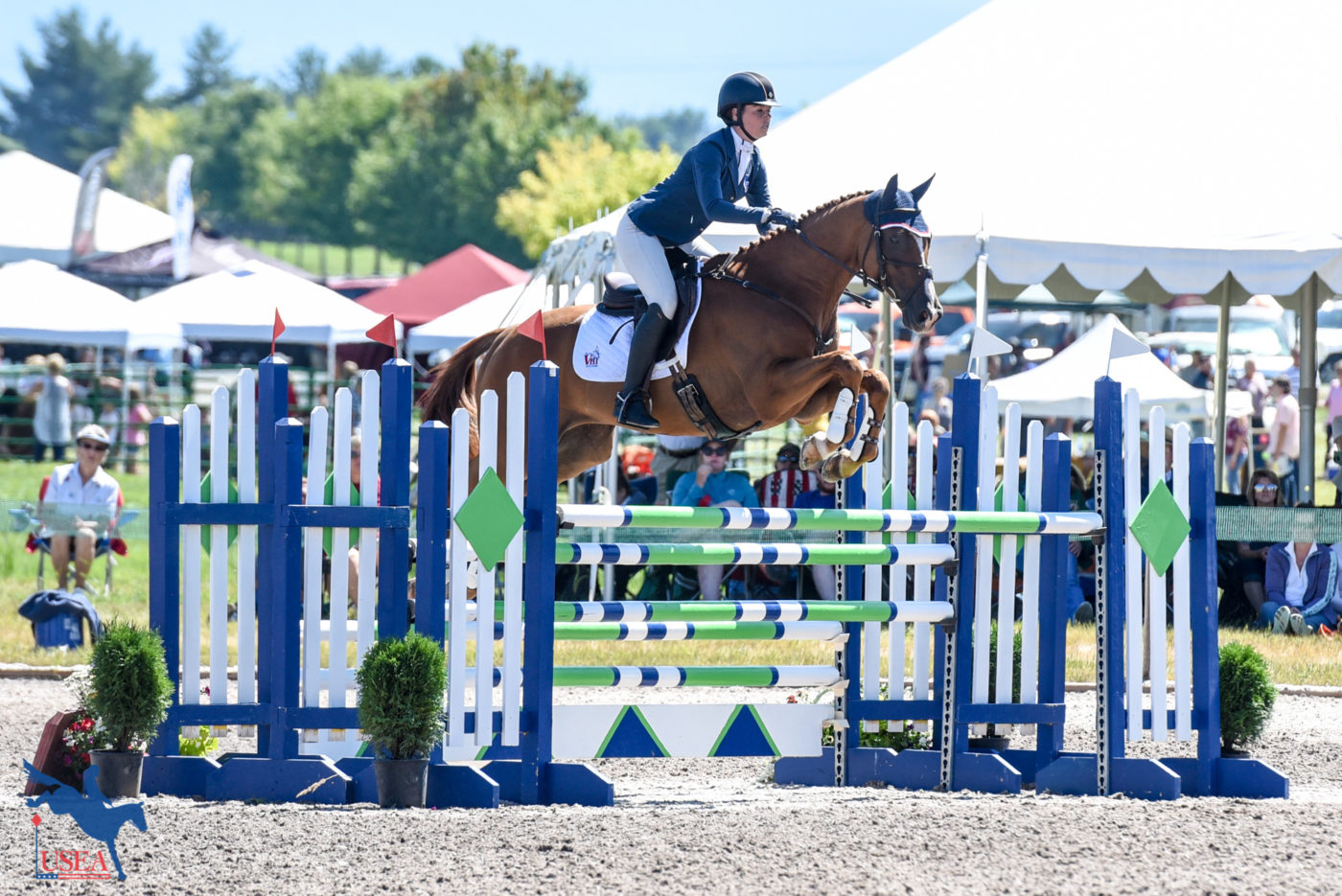 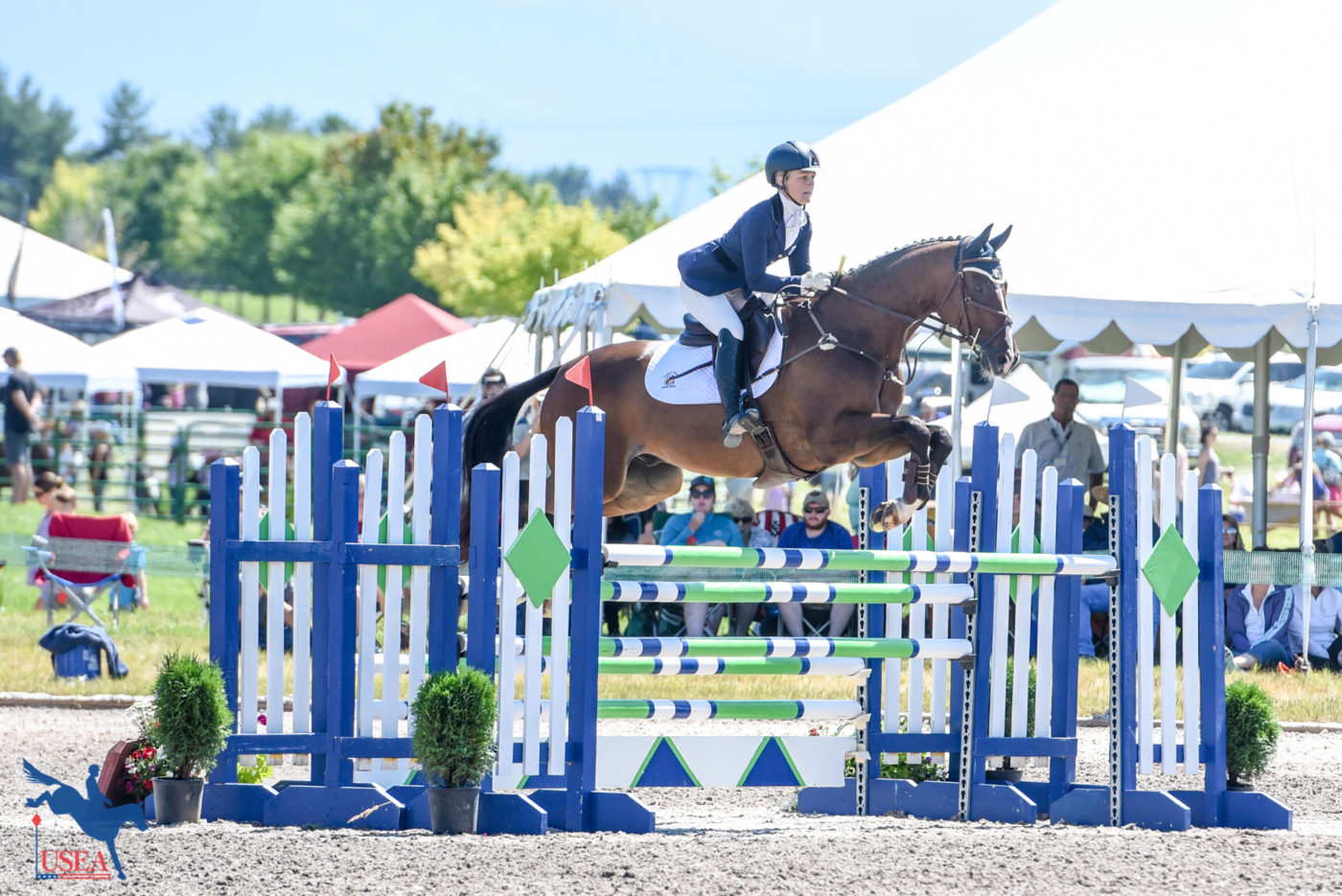 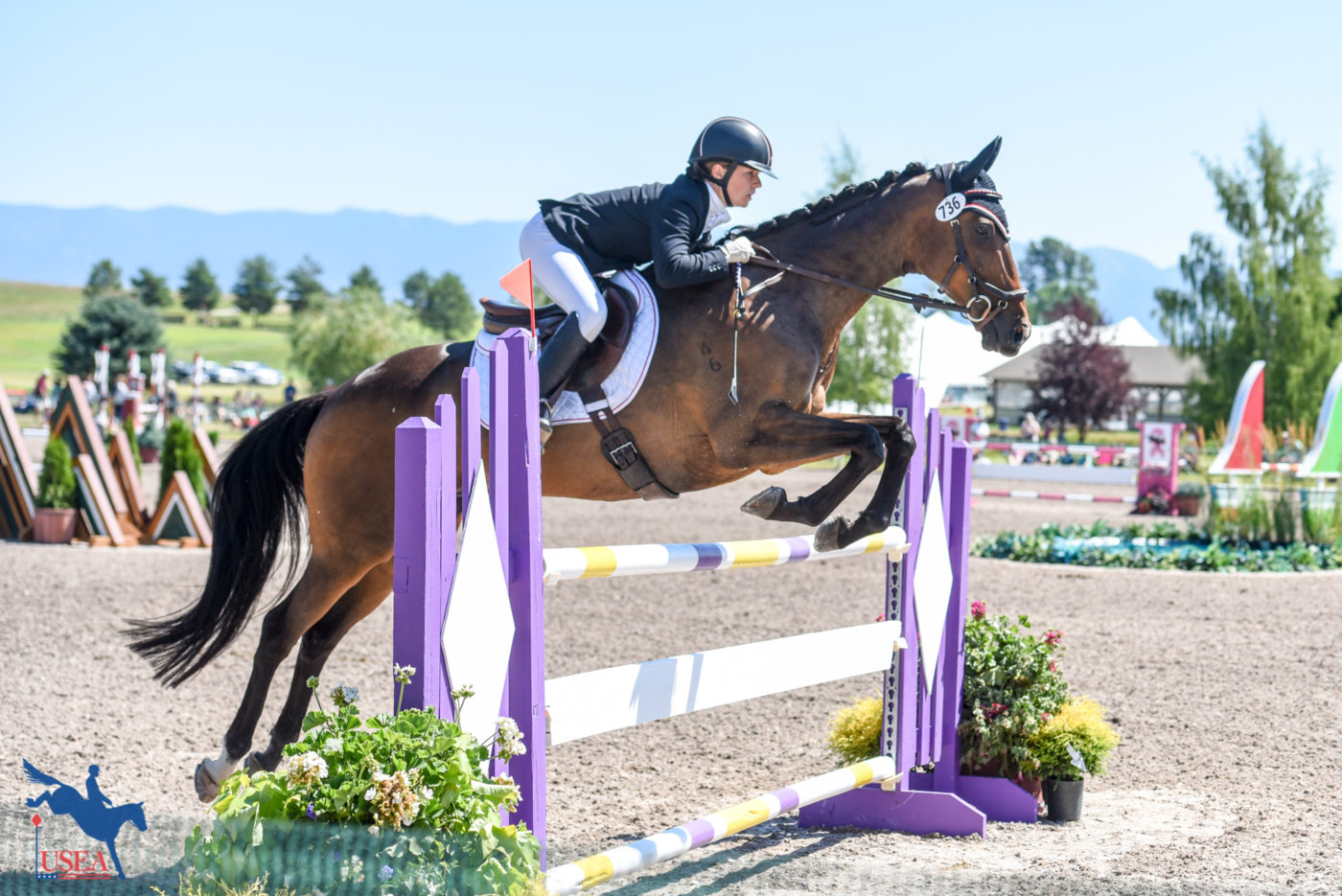 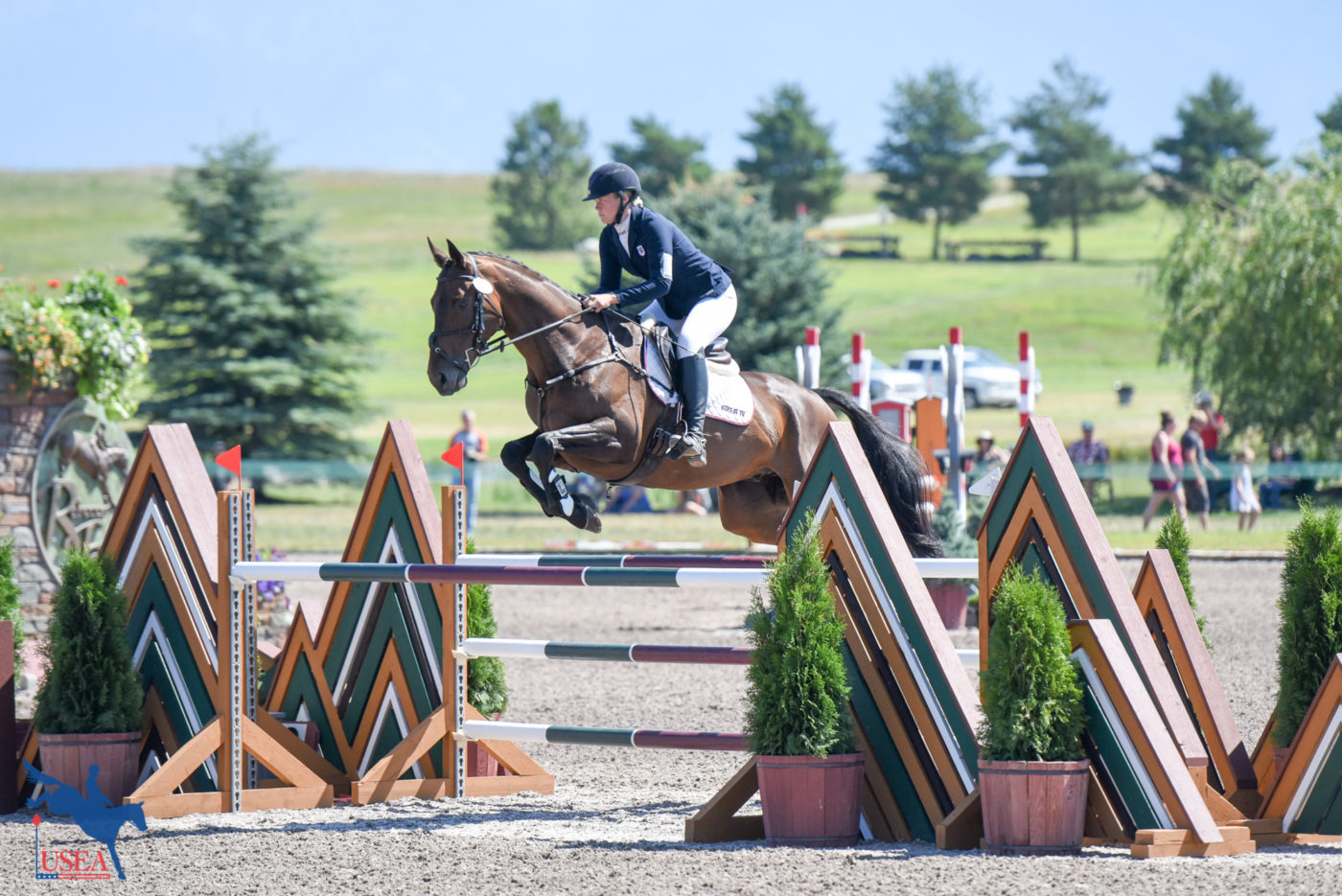 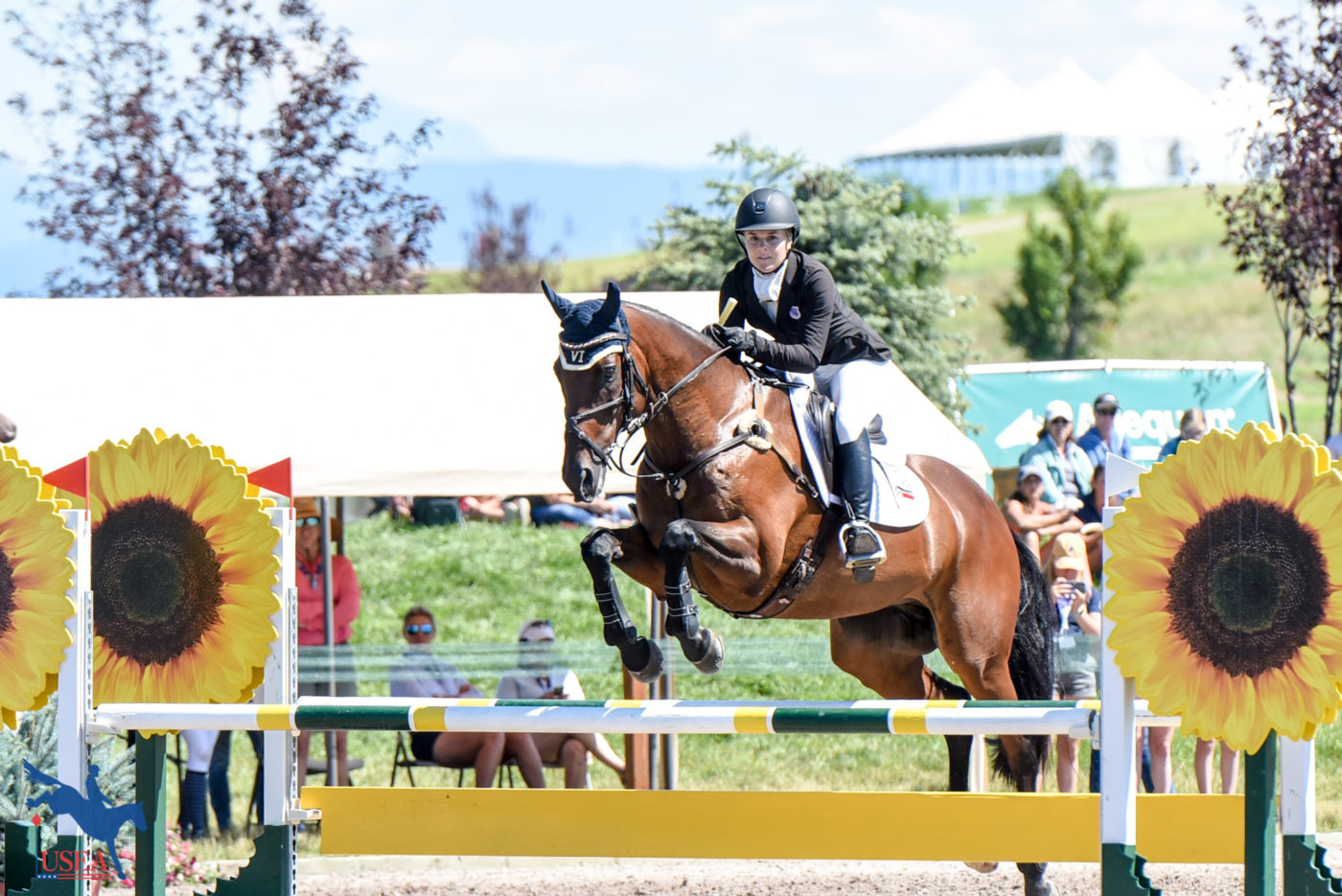 The Race to Le Lion: Who is Eligible for the Holekamp/Turner Grant?

“Schooling shows are about learning, not about being intimidated,” says Miranda Kettlewell, VP of Dressage for Commonwealth Dressage and Combined Training Association (CDCTA).

For horses and riders, schooling shows are a great way to practice without the added stress and expense of a recognized or sanctioned competition. Venues and clubs can offer schooling shows as a way to open the door to their communities, increase their revenue or membership, and partner with local businesses.

US Equestrian has announced a horse substitution for the U.S. Eventing Olympic Team ahead of the Olympic Games Tokyo 2020. The Luke Syndicate's Luke 140, the selected mount for Boyd Martin (Cochranville, Pa.), will be replaced by Martin’s first direct reserve, Tsetserleg, a 14-year-old Trakehner gelding owned by Christine Turner, Thomas Turner, and Tommie Turner. Luke 140 sustained a minor injury during his training preparation and has been withdrawn from consideration for the team but is expected to make a full recovery.