Dutton Does it Again, Quasi Cool is Champion of the Morven Park CCI4*-L

A broken buzzer, surprise music, and tight time allowed made for an exciting finale to the inaugural Morven Park Fall International CCI4*-L, but at the end of the weekend, it was Phillip Dutton and Quasi Cool who emerged victorious.

Caroline Moran’s Quasi Cool, a 10-year-old Holsteiner gelding (Quo Vados I x B-Estelle) jumped a clean show jumping round but finished one second over the time to add 0.4 time penalties to his overnight score to end on a 34.2 – a mere 0.6 ahead of Buck Davidson and Cooley Candyman.

“I saw Buck’s horse jump the first couple and I thought ‘ah well there’s no point in watching anymore because he’s going to jump clear,’” said Dutton. “I was just trying to make sure that I set off with the right amount of tempo and that I wasn’t going to be too far down on the clock. He needs a specific type of ride, and I was trying to execute that at each jump.”

Dutton is on a hot streak this fall – this is his fourth four-star win in a row. Since returning home from the Olympics in August, Dutton has won the Great Meadow CCI4*-S, Plantation Field CCI4*-S, and Stable View CCI4*-S.

“I wish I knew what it was because I would do it again,” Dutton said when asked what was causing this run of wins. “Obviously these horses are ready to go. I was away and everyone at home did a great job with them. It is a little bit timing. I was prepared to go a bit quick on them. Quasi Cool has certainly come into his own in all three phases. He has come into his own and it is exciting to have a horse that is competitive in all three phases like he is.”

Davidson had two horses in the top-four so had to ride out of order with his fourth-placed mount, his own 10-year-old Thoroughbred gelding Sorocaima (Rock Hard Ten x Sankobasi), he was just the third rider in the arena and the buzzer malfunctioned – beeping while he was in mid-air over the first fence. Davidson pulled up thinking that the ground jury was signaling him to stop. After a brief discussion, he was able to continue and the Sorocaima jumped a clean round to move up from fourth to third.

“He’s a pure American Thoroughbred – great brain, good movement, careful, and we just need to work on the rideability a bit, but a very, very exciting horse for the future for me,” Davidson said of Sorocaima who he partnered with last year after his friend Jill Henneberg recommended he buy him from one of her students.

“Whatever happened, happened and I had to focus on Rolo,” continued Davidson speaking of his second-placed horse, Cooley Candyman, Rolo 7 LLC’s Irish Sport Horse gelding (Sligo Candy Boy x Dashing Hill). “I put it out of my mind, and I was so proud of how Cam jumped. I know with Rolo that he is a super nice horse, and he is super careful, but I know I need to stay on a bigger step. When I went to number two, I knew it was a little bit long but that would be better than me holding for it, and when I survived that I thought ‘okay I’ve got the time under control now and I am in good shape now.’”

Morven Park has a strong equestrian history. It was founded in the 1960s as the Morven Park International Equestrian Institute, a school for the training of equestrians, and has hosted equestrian events for decades. It was awarded a CCI4*-L in 2020 by the USEF, but was forced to postpone the debut a year until 2021.

“It is certainly a championship test at four-star level, but I certainly think it is something everyone should be aiming for,” said Dutton of the inaugural event. “You have great arenas for the dressage and the show jumping and you’ve got great cross-country terrain. Derek [di Grazia] had gone along with the foundation that Tremaine [Cooper] started and made it grow from there. It is going to be great for our sport in the future and I encourage everyone to mark it in their calendar to aim for.”

“It is, in my opinion, the best cross-country venue in the country if not the world – the arenas are fantastic,” added Davidson. “As a kid, I rode here in a timber race and I remember the hillside just being packed, this place is a horse area. Hopefully, more and more people will start to use this event and make it the special event that it should be. I know Tremaine always dreamed of it being this and he did a great job organizing the course and Derek just finished it off. We are very lucky to have it.”

In addition to ribbons and prize money, a special award was given to the groom of the best turned out horse in the CCI4*-L and it was won by Cali Lipping who groomed for four-star first-timers, Isabelle Bosley and Night Quality.

Final results can be found here. 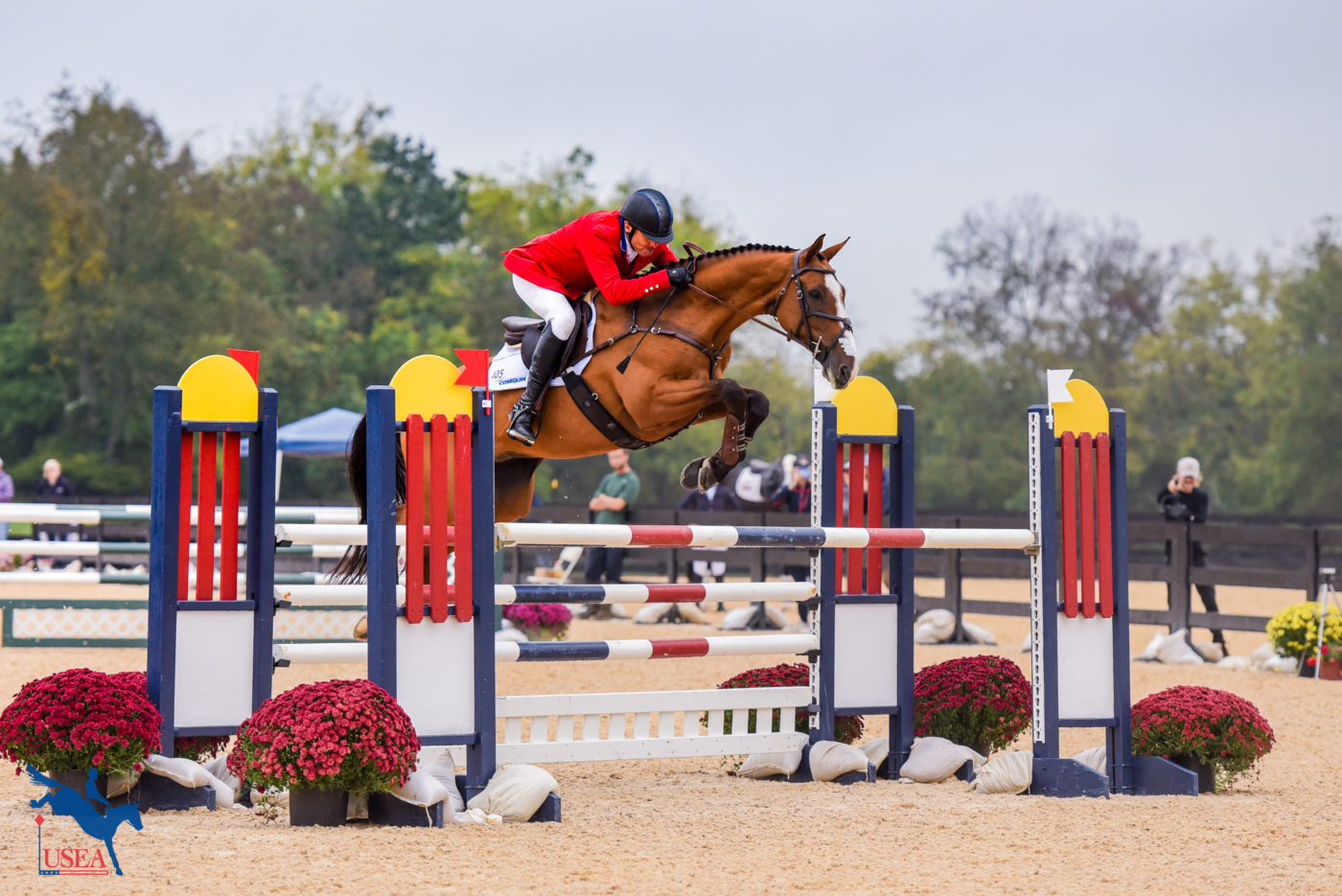 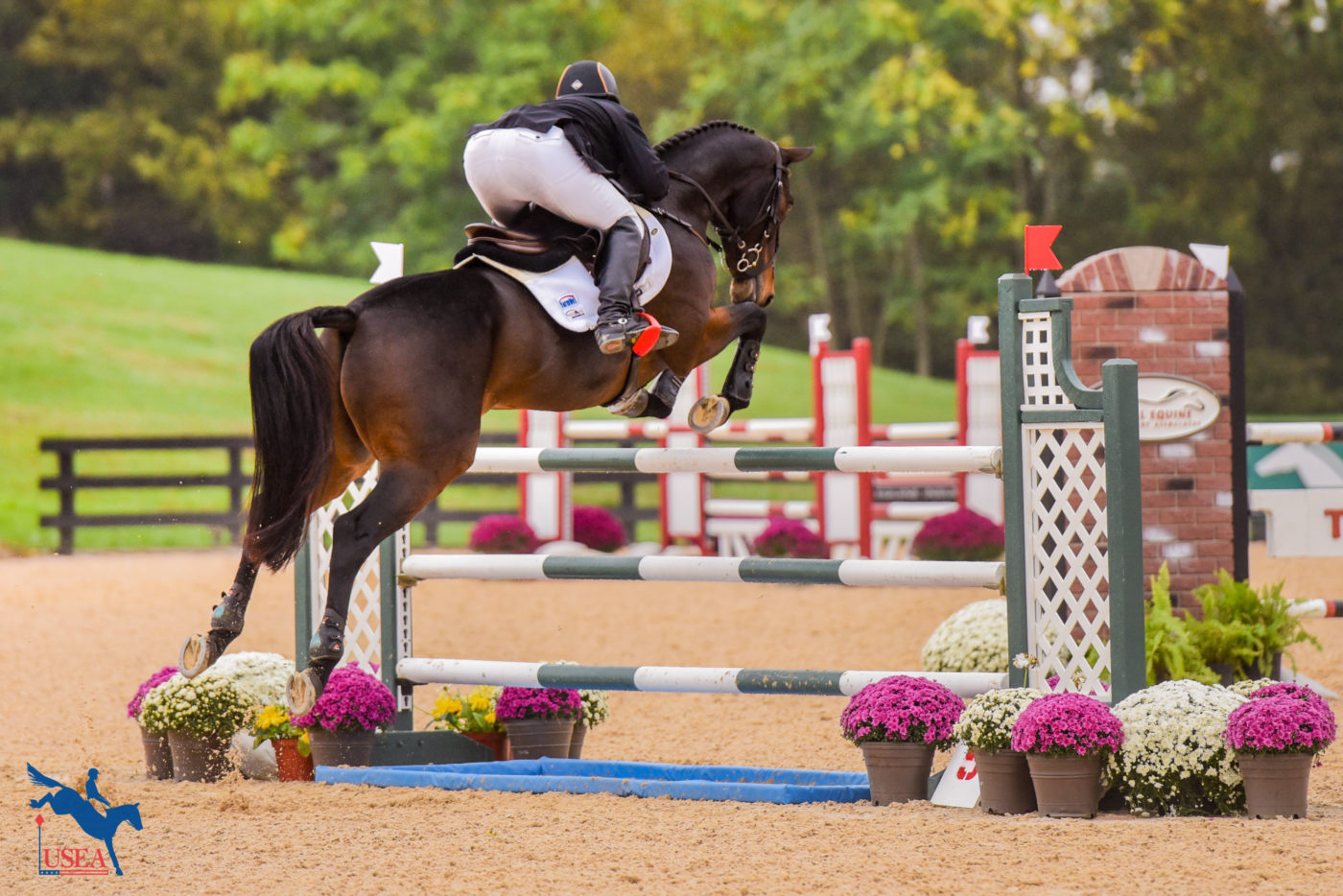 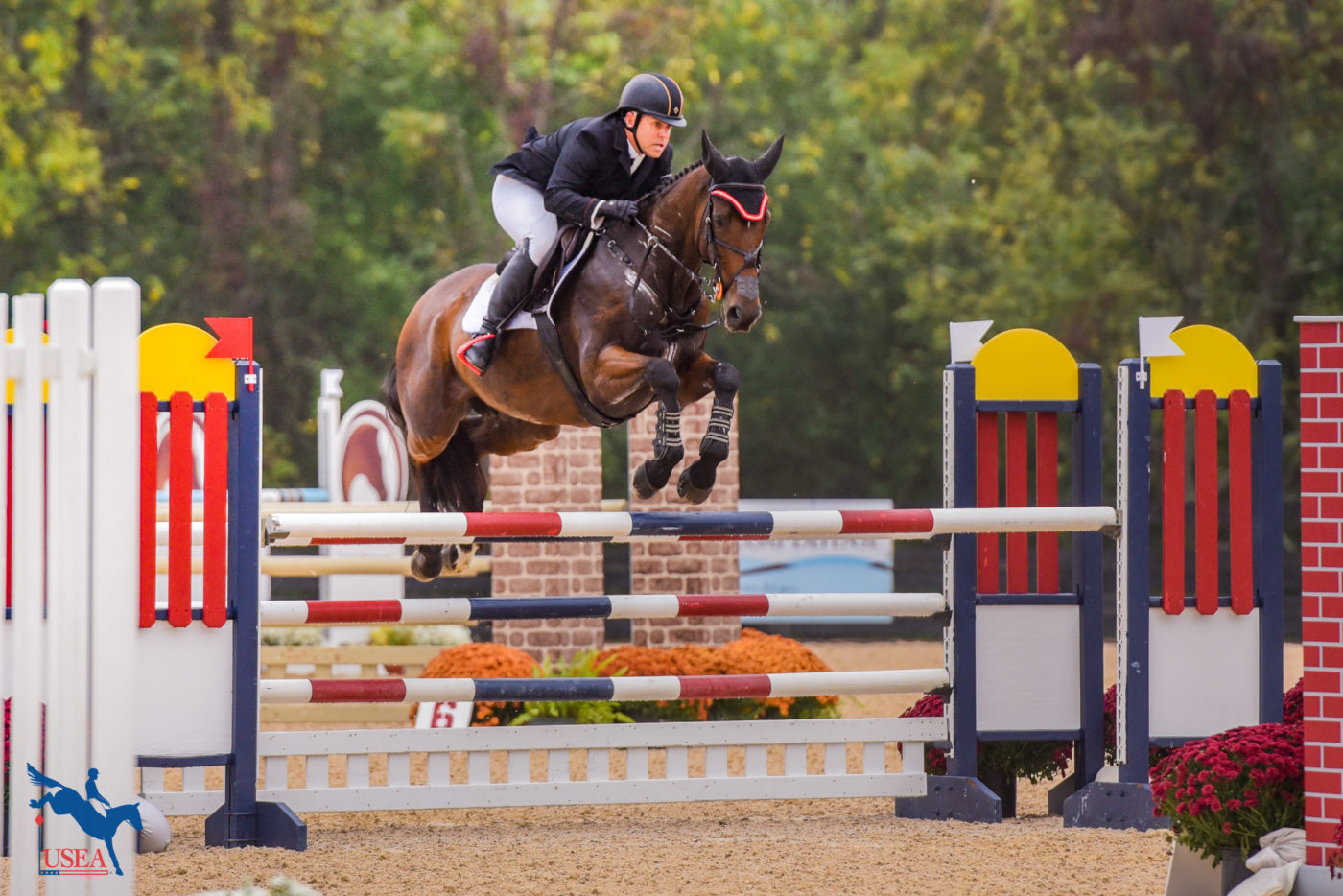 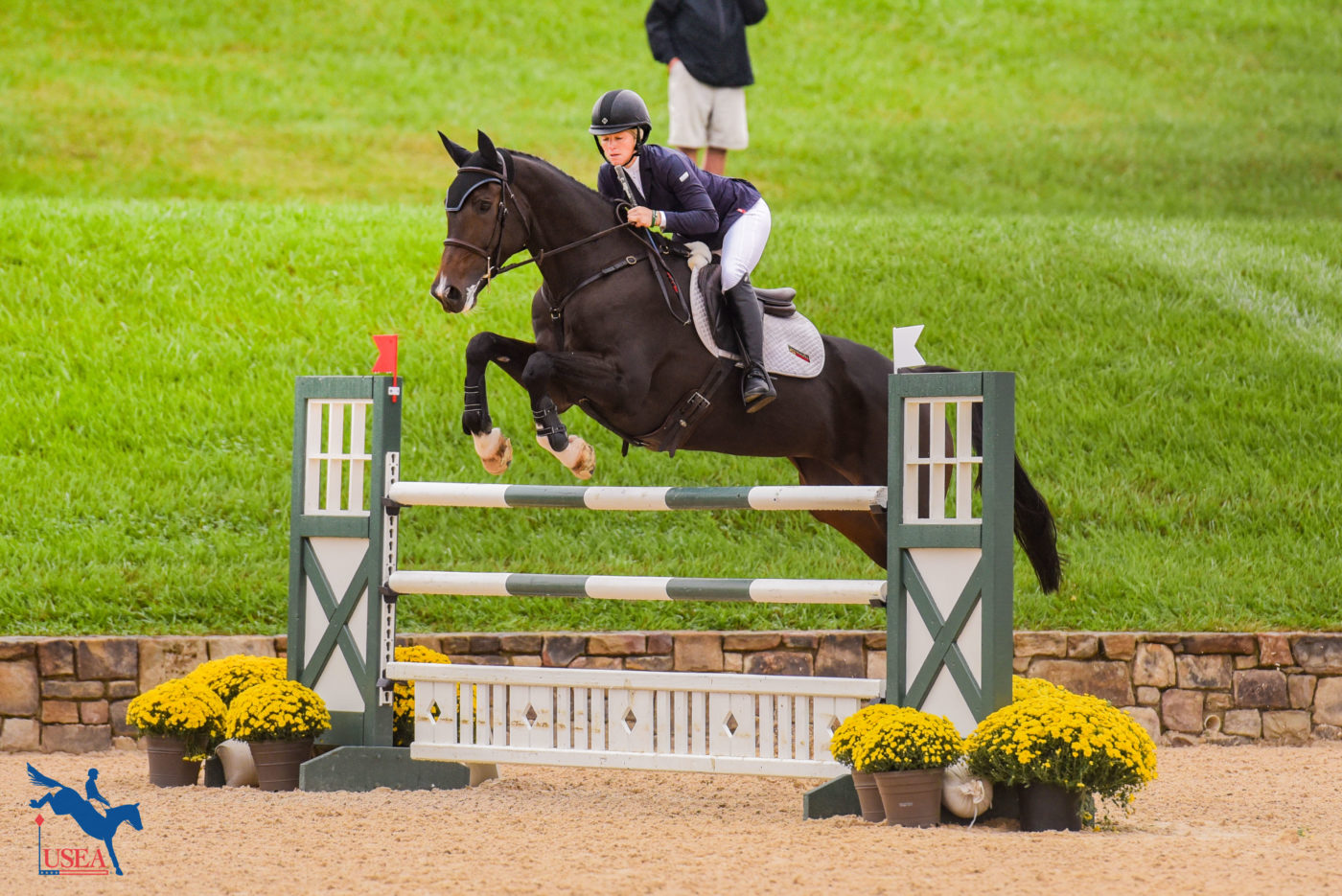 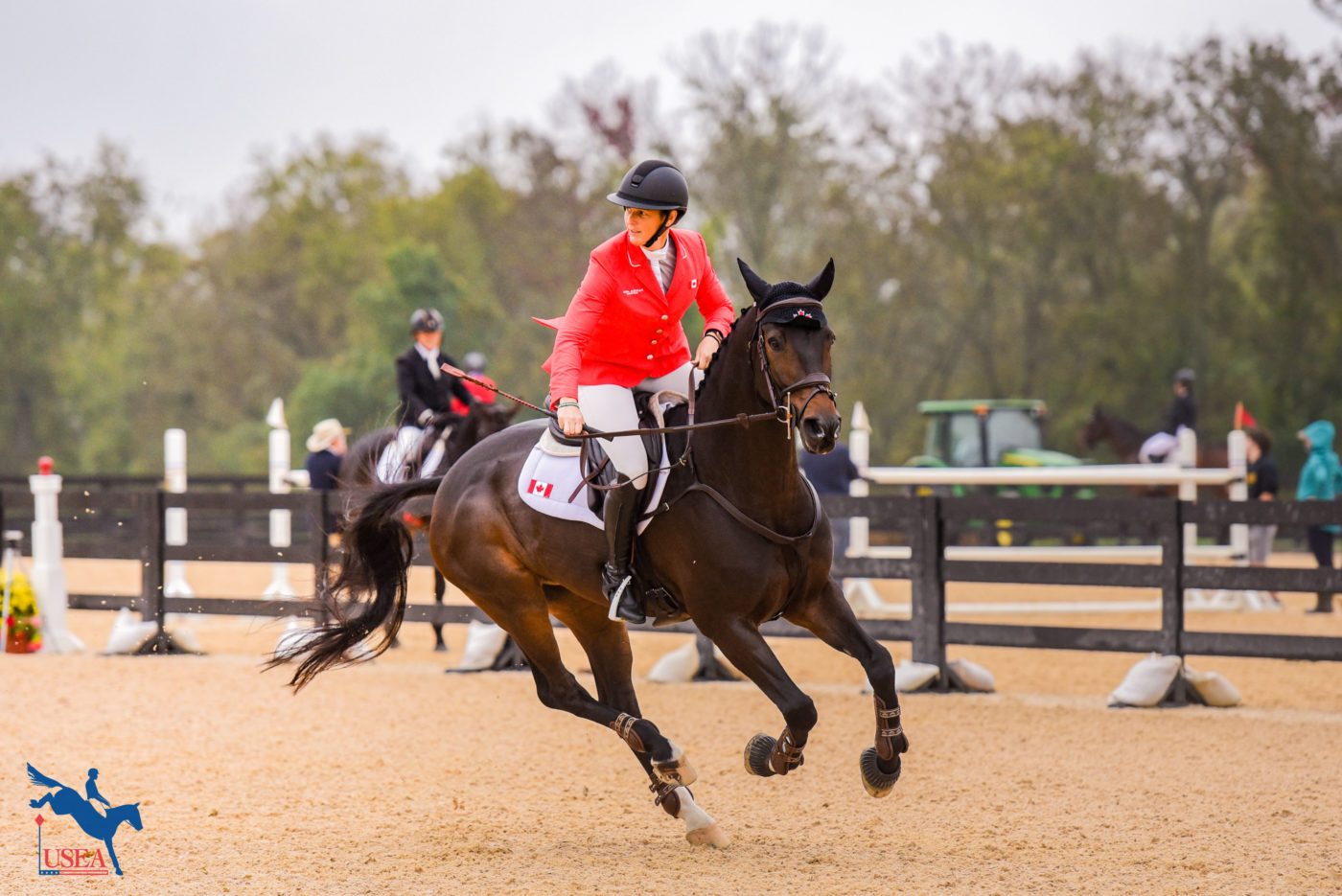 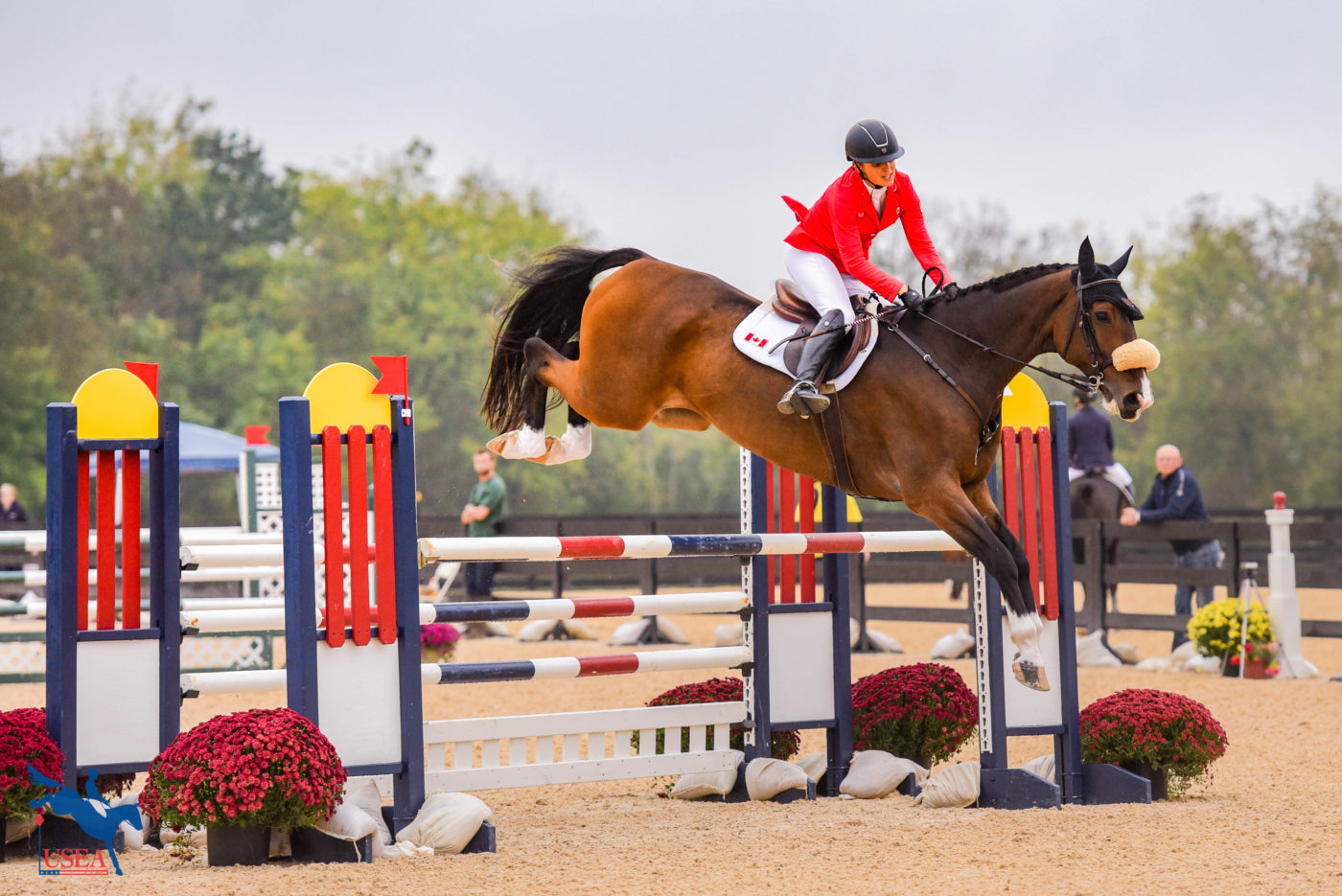 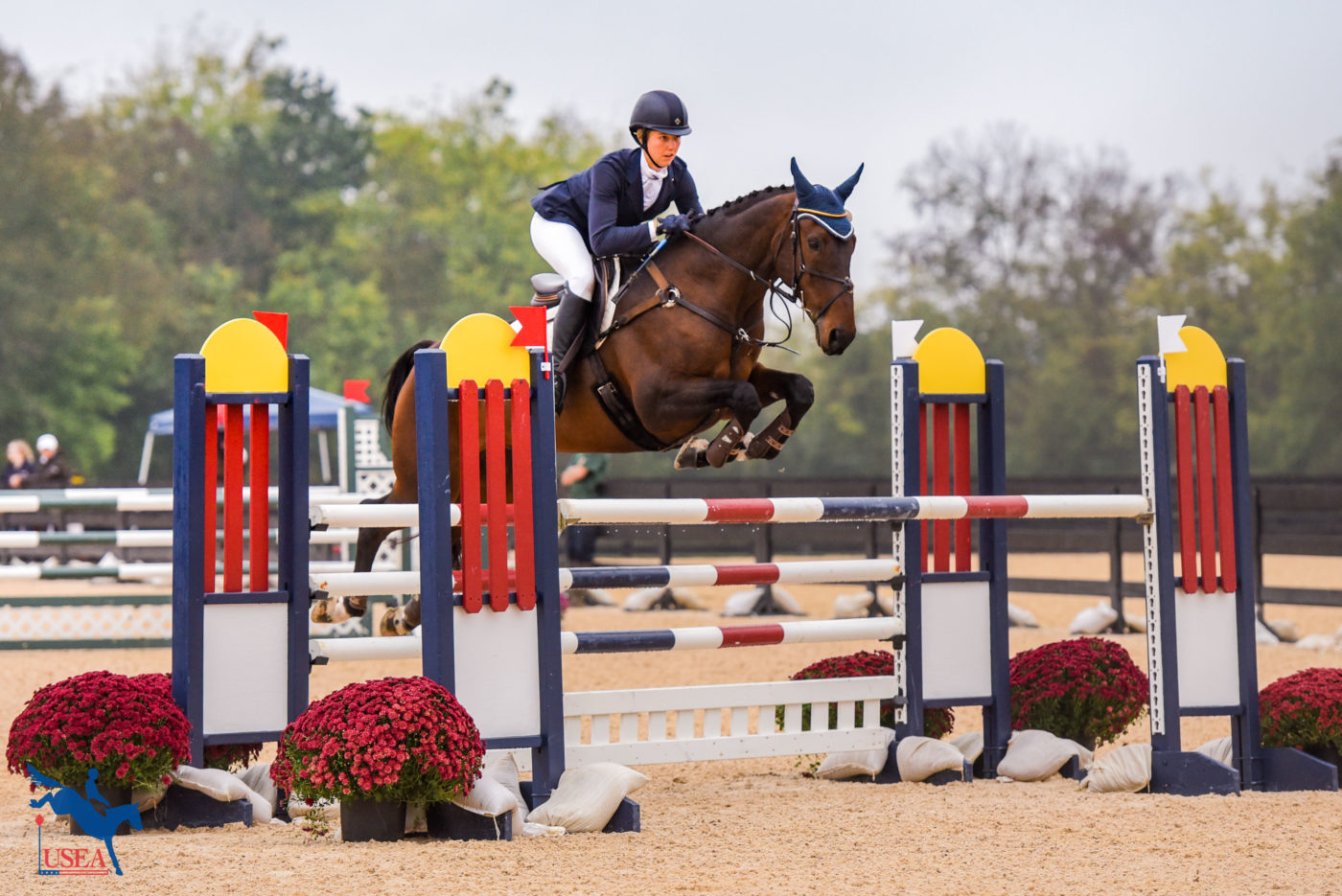 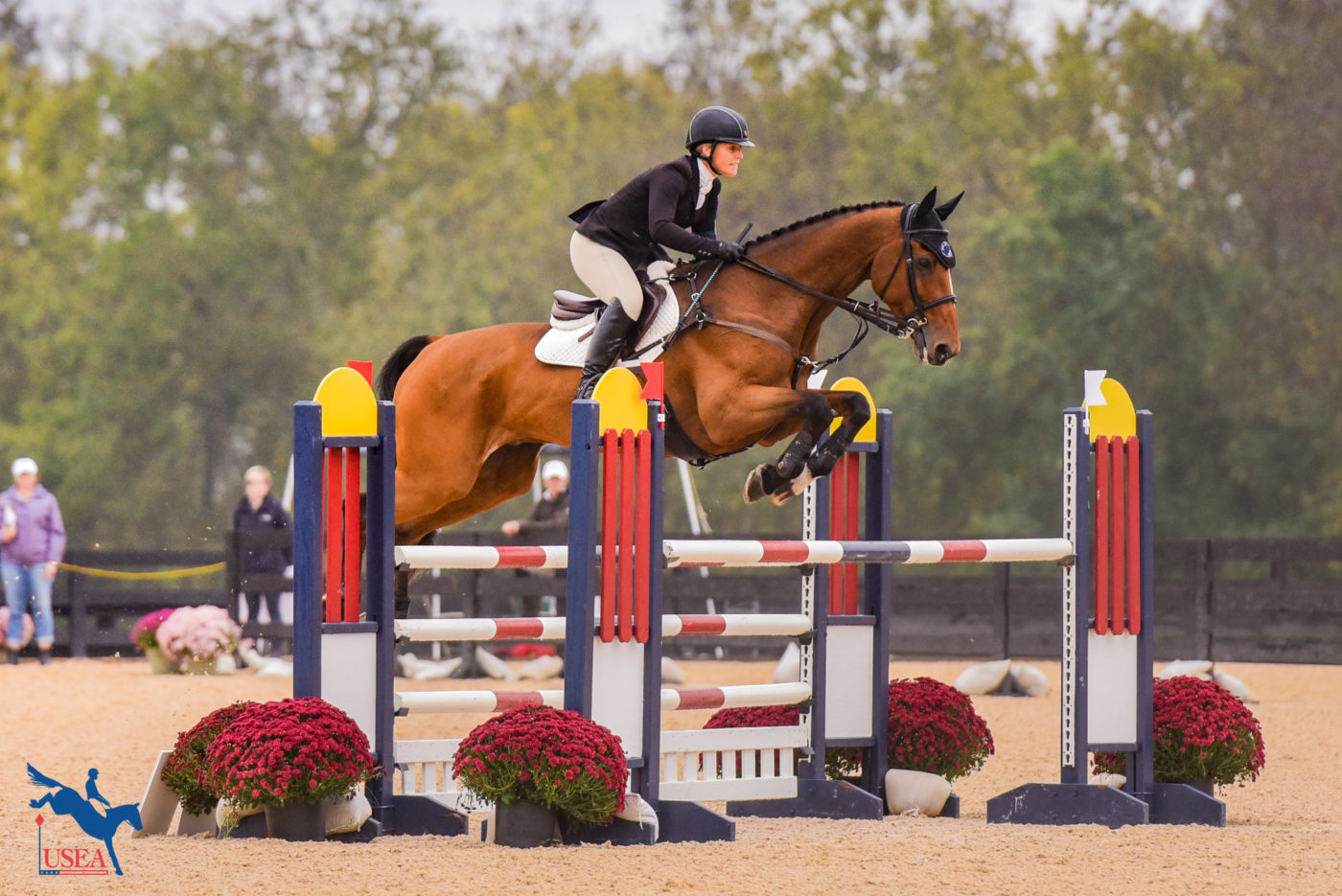 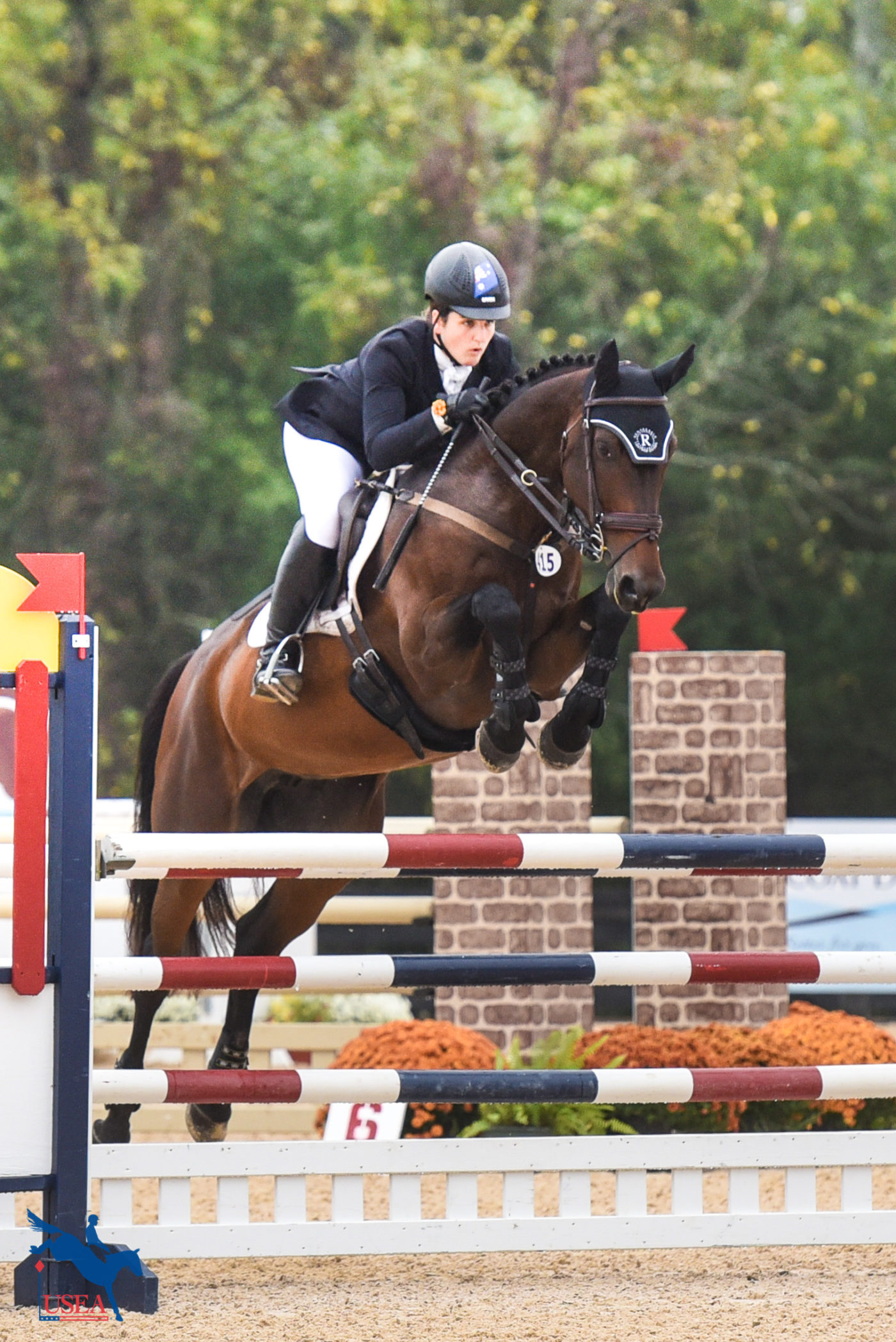 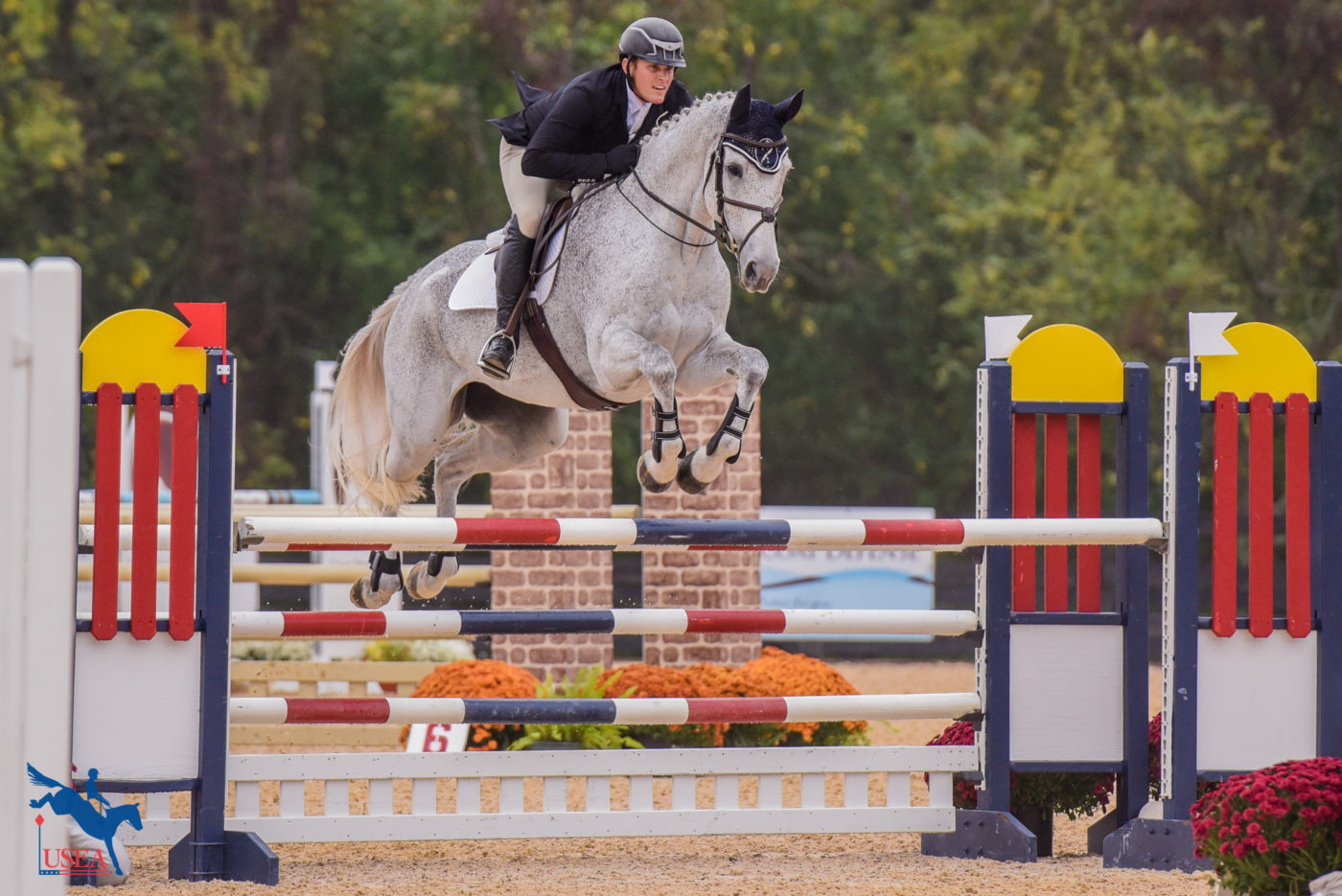 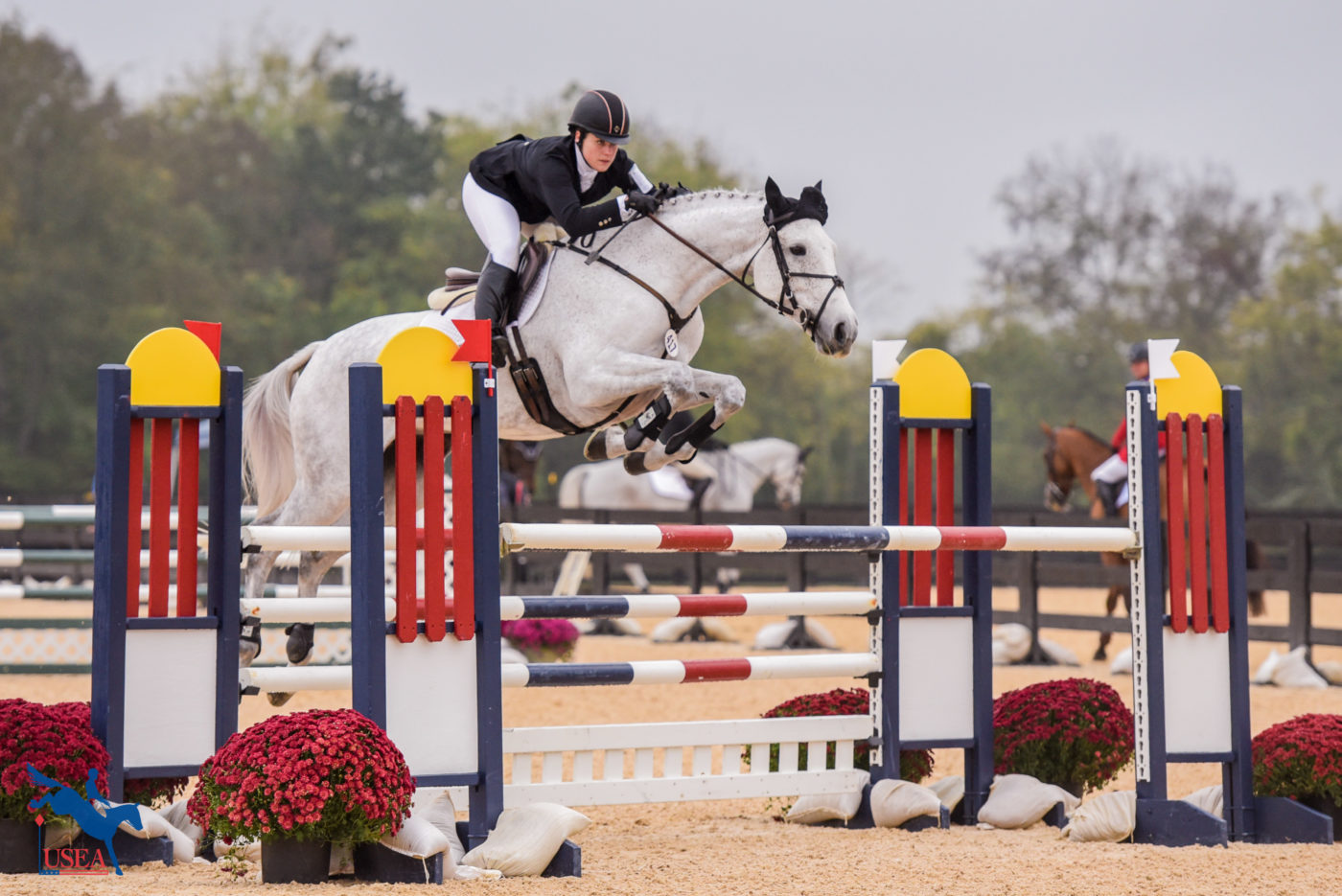 Keep Your Eye on the 2022 USEA 7-Year-Old Intermediate Horse of the Year Shanroe Cooley Blast from the Past: Compete in a USEA Classic Series Event in 2023 Introducing the New Modified Rider Division at the 2023 AEC Get a Taste of Eventing with the New Event Horse Program The VIP Volunteer: Julie Murray Announcing the 2023 Intercollegiate Eventing Program Team Challenge Calendar Believing In Your Program and Yourself with 2022 RevitaVet USEA Young Rider of the Year Cassie Sanger New Membership Opportunity for Participants of the Volunteer Incentive Program 2023 Interscholastic Eventing League Team Challenge Calendar Now Available Volunteering in the Vet Box with Lauren Nethery
Show More
Feb 03, 2023 Education