All ten horses and riders in the Chattahoochee Hills Horse Trials Adequan USEA Gold Cup Advanced division completed the dressage and show jumping phases of competition today. The leaderboard saw only minor shifts after this evening’s show jumping, with the top three pairs unchanged but in a different order on the leaderboard.

Buck Davidson and Sherrie Martin and Carl Segal’s 12-year-old Irish Sport Horse gelding, Copper Beach (Radolin x Cloverballen), scored a 28.2 in this morning’s dressage phase to sit second heading into show jumping and a double clean round was ultimately good enough to catapult them to the top spot on the leaderboard.

While Davidson explained that the choice to run “Sean” in the Advanced division versus the CIC3* was largely due to the scheduling conflicts inherent in running five horses between the two divisions, he also commented that he thought it was good for Sean to do a different dressage test as he performed the CIC3* test at Carolina International last month. “Of course, on the way here we found out we were doing a different test anyways,” Davidson said.

“He’s a professional, and he’s a trier,” continued Davidson. “He’s fitter for sure than he’s ever been. I think he looks great, and the guys at the barn have done an awesome job with all the horses. Sean’s one big piece of muscle now. I wouldn’t mind him settling down a little bit, he got buzzed up a bit at Pau last fall. But he feels well . . . hopefully he’ll just have a nice gallop at the beginning [of the cross-country course] and see how we get on.” Sean and Davidson will be returning to the Land Rover Kentucky Three-Day Event for the third time later this month.

Elinor MacPhail O’Neal and Sally Crane’s 13-year-old Holsteiner gelding RF Eloquence (Contender x D-Ginger) were leading following the dressage phase this morning on an impressive 24.5 but a single rail and three time faults in show jumping dropped her back to second place heading into cross-country tomorrow.

“I was really happy with him today,” said MacPhail O’Neal of her dressage test with RF Eloquence this morning. “He was great at Carolina International two weeks ago, so we just did the same schooling and the same prep [going into this weekend.] Here, I saw all the cross-country jumps from the arena and thought, ‘Oh no!’ but he held it together and he was great. He listened to me and was very well-behaved.”

“We’ve been struggling with the show jumping for the last couple of weeks,” MacPhail O’Neal volunteered. “We had three rails at Carolina International so we were really coming here trying to figure out something that works for that. He’s always a horse that’s easier to show jump after cross-country, and I haven’t been able to do that at all this year. We came here just trying to play with different bits and stuff, so I was really happy that he just had one rail down.”

MacPhail O’Neal and RF Eloquence are another pair competing at Chattahoochee Hills this weekend who are headed for the Land Rover Kentucky Three-Day Event in a few weeks. “He’s had a couple good runs this year, we’re doing the Advanced and tomorrow we’re going to use it as a fitness test and use the hills to see where we are. I think the course looks good. The three-star definitely has some of the tougher questions, so we have a little bit easier options which is good for his final prep. He’s going to feel really confident [going into Kentucky.]”

Jonathan Holling and Sportsfield Two Doors Down (Inocent x Hillcrest Bay Wonder), the Two Doors Down Group LLC’s 9-year-old Irish Sport Horse mare, maintained their third-place position from dressage to show jumping by putting in one of the four double clean rounds in the division. Holling and “Mary” have been partnered together for three years after Holling’s good friend Rob Stevenson sent her to Holling to purchase. “Rob was great, he supported me with the horse, let me get all the people in place [to form a syndicate], and he and his wife Suzanne stayed as part of the group,” explained Holling. “They’re still a part of it, along with a handful of other really great people.”

“She is a ridiculously good show jumping horse,” commented Holling. “She makes me feel like I’m a proper show jumper. I said to [my wife] Jen that I don’t know if it’s just because I’ve done this for a while now or if it’s because I’m sitting on her, but I don’t get nervous going into show jumping on her. She’s just so good.”

“[The flatwork] is still a work in progress, for sure,” continued Holling. “A [score of] 34 is about where she’s at right now, and that’s going to have to improve over time, but it will. She needs to work on her changes but the quality of her paces is improving. We’ll just keep chipping away at it . . . She never does anything bad, she’s just a very solid citizen. I couldn’t be any more lucky and I’m so lucky to have the people that support her. It’s a really good group of people.”

This is Mary’s second attempt at the Advanced level after retiring early on course at Carolina International a few weeks ago. “She’s been very competitive at the Intermediate/two-star level and this is obviously the next step. We got caught in the sleet and the freezing rain [at Carolina International] and she came out and wanted nothing to do with it. She just didn’t switch on, so I pulled her up early because I knew it wasn’t going to work. It was disappointing, but she’s been such a good horse and I really believe that was a one-off, so I’m excited about tomorrow. It’s a nice course; they’ve done a good job managing the ground, there’s nothing on the course that isn’t fair. It’s going to be a lot to do, for sure – it’s a proper Advanced track – but I think it’s a nice first Advanced for her.” 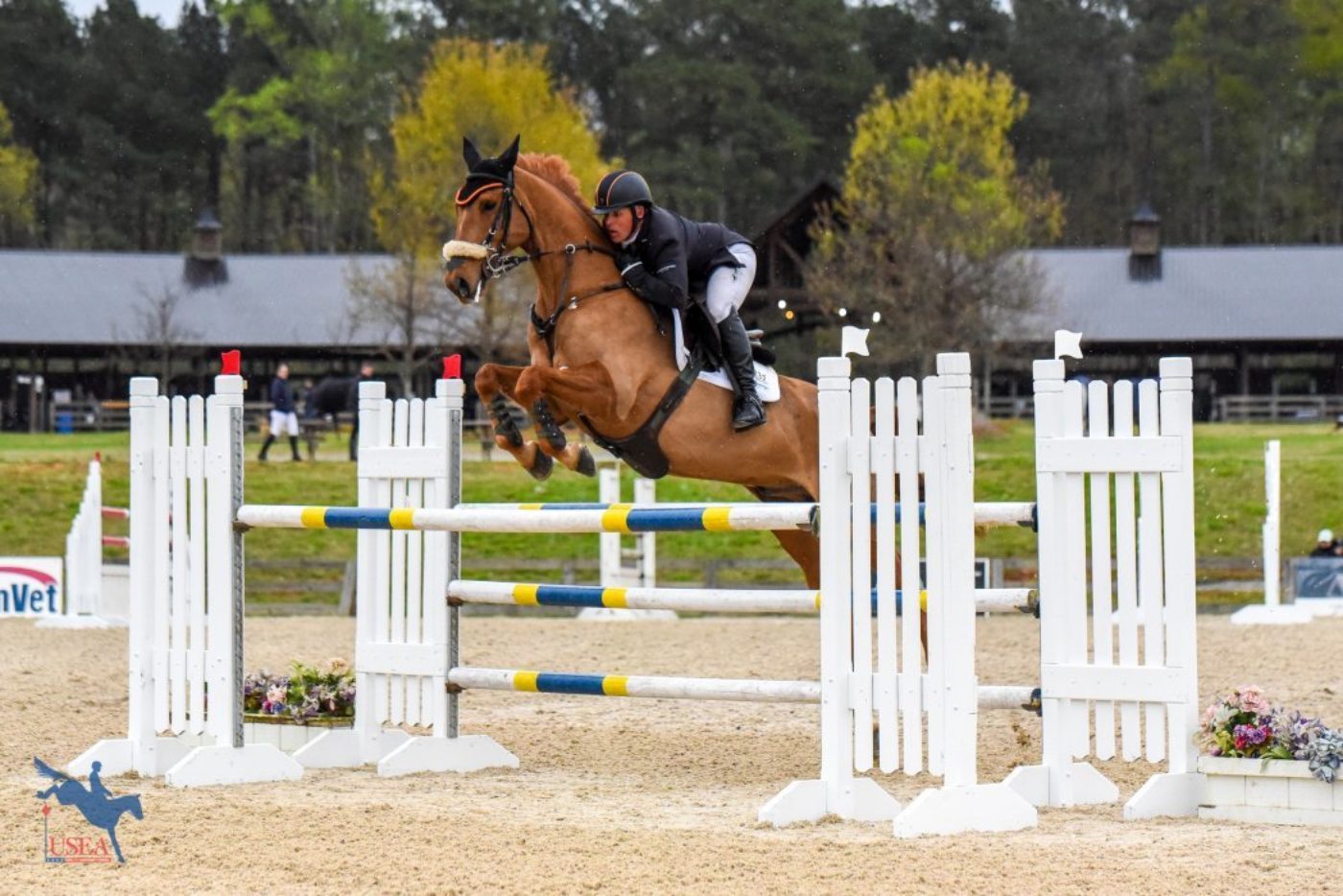 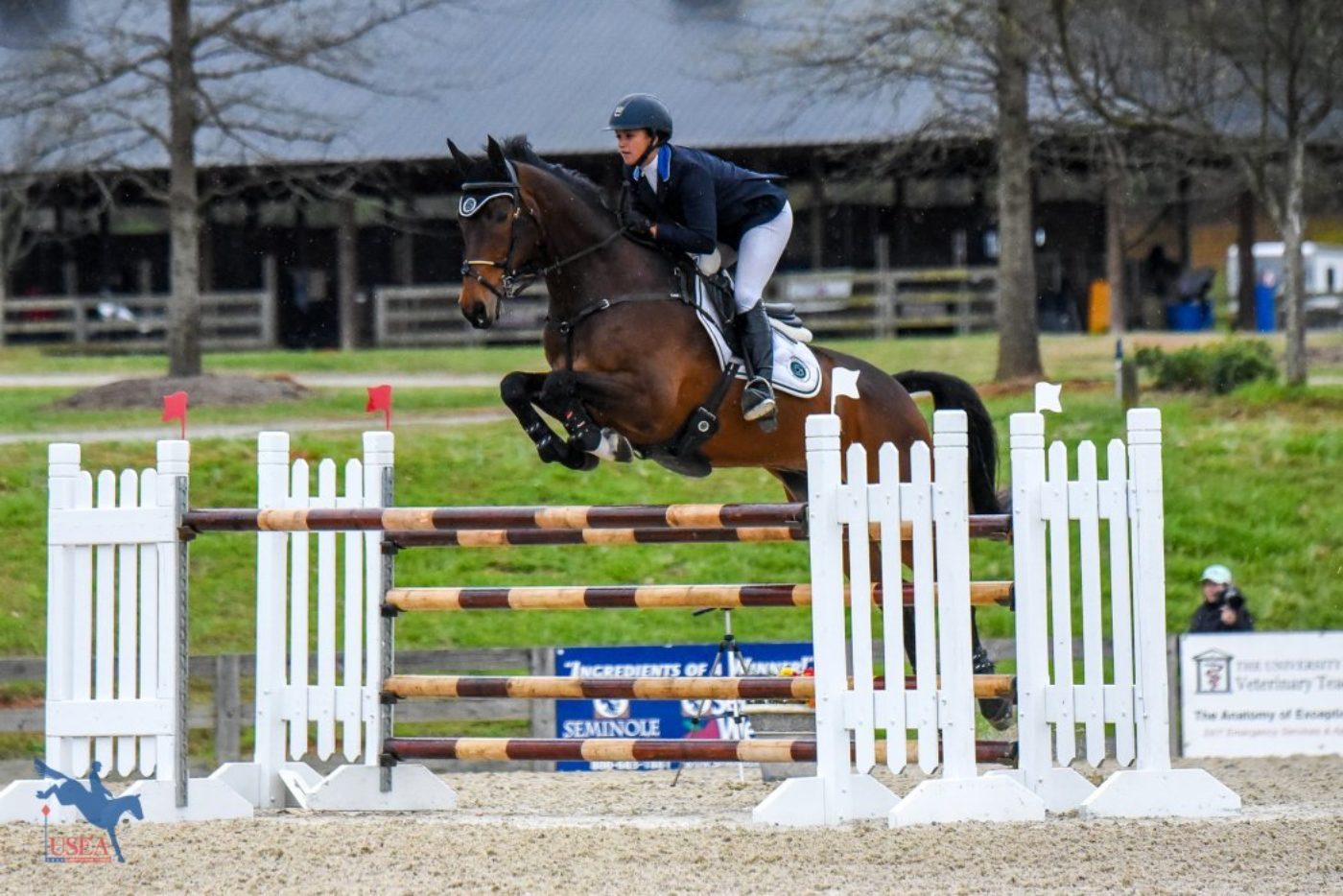 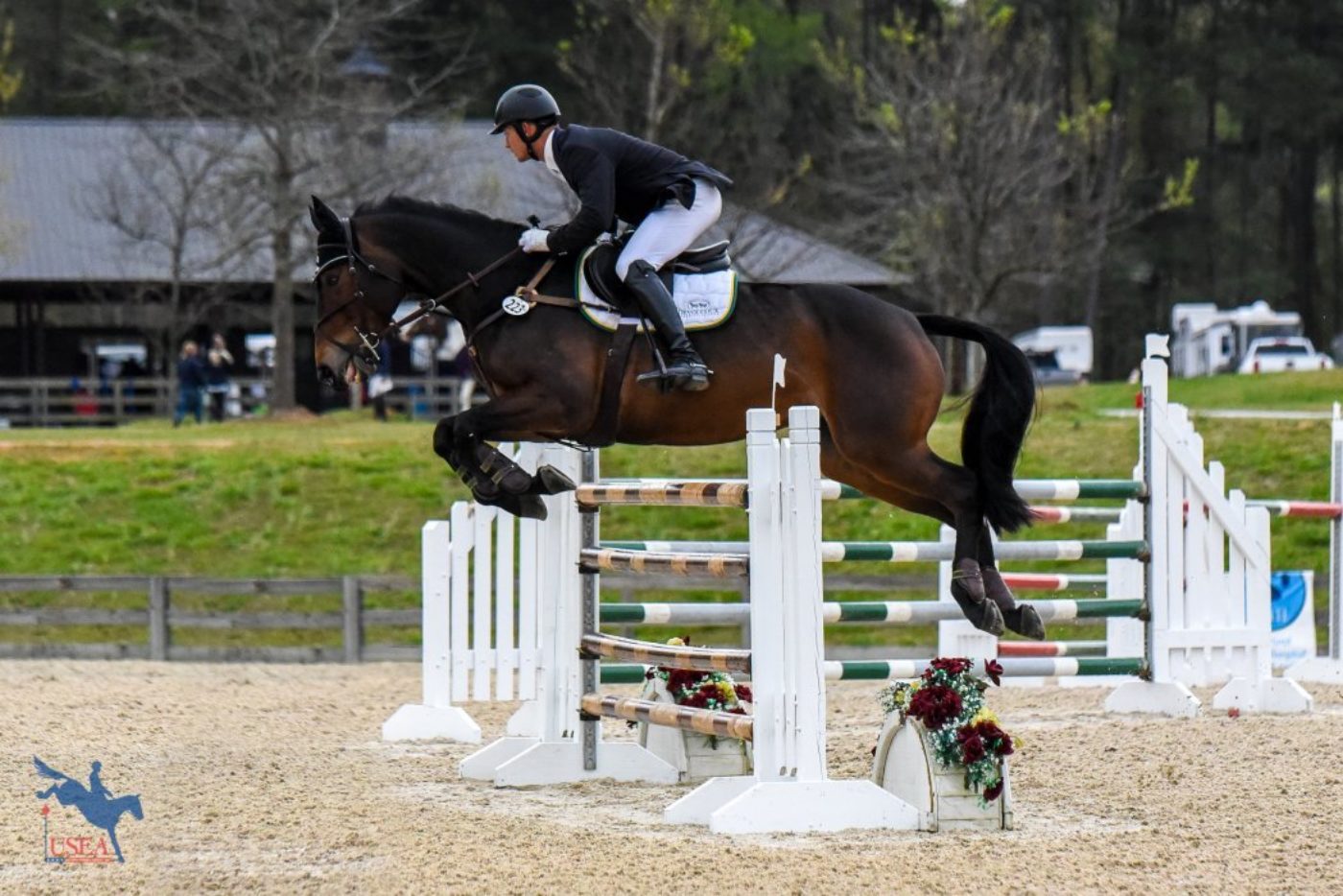 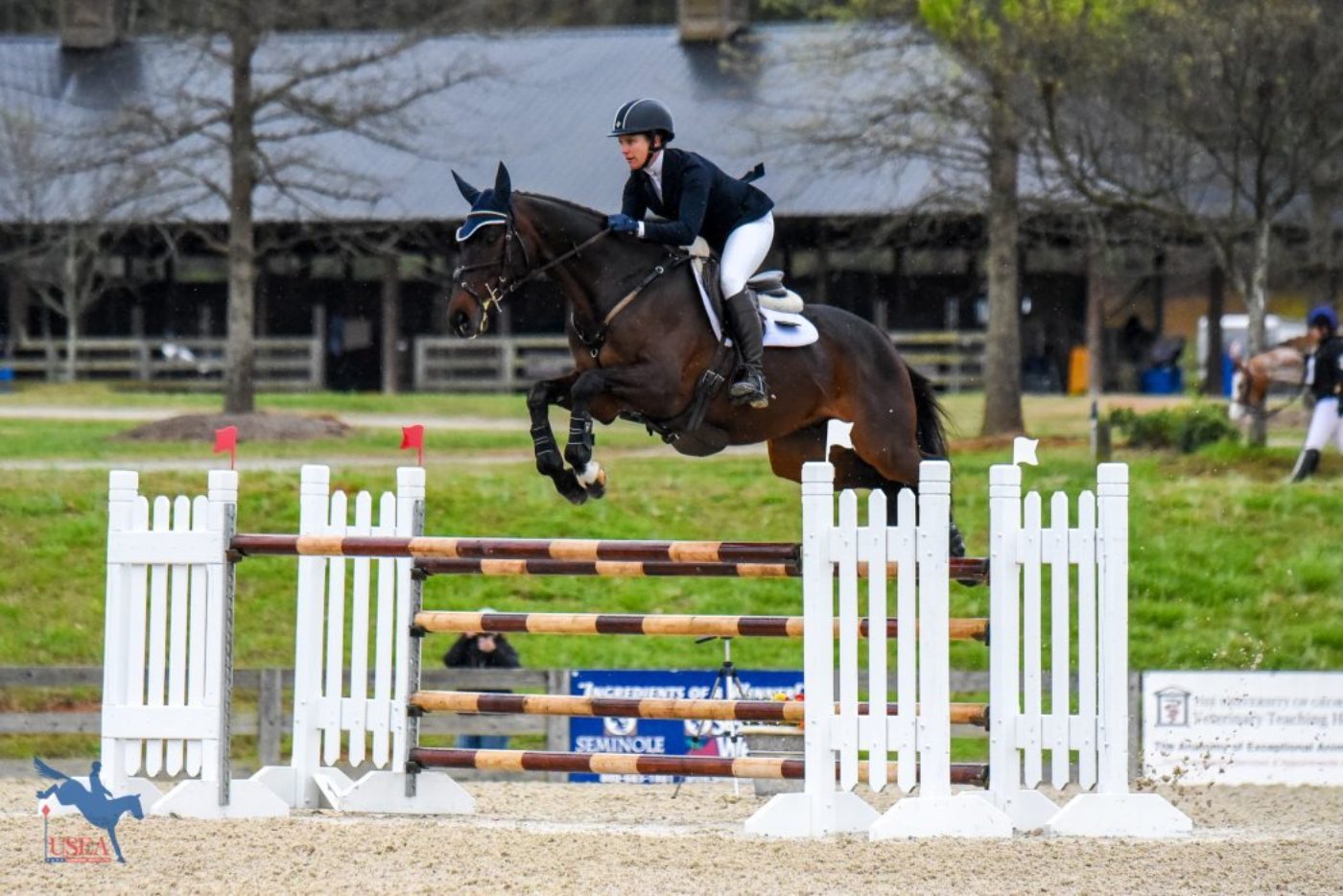 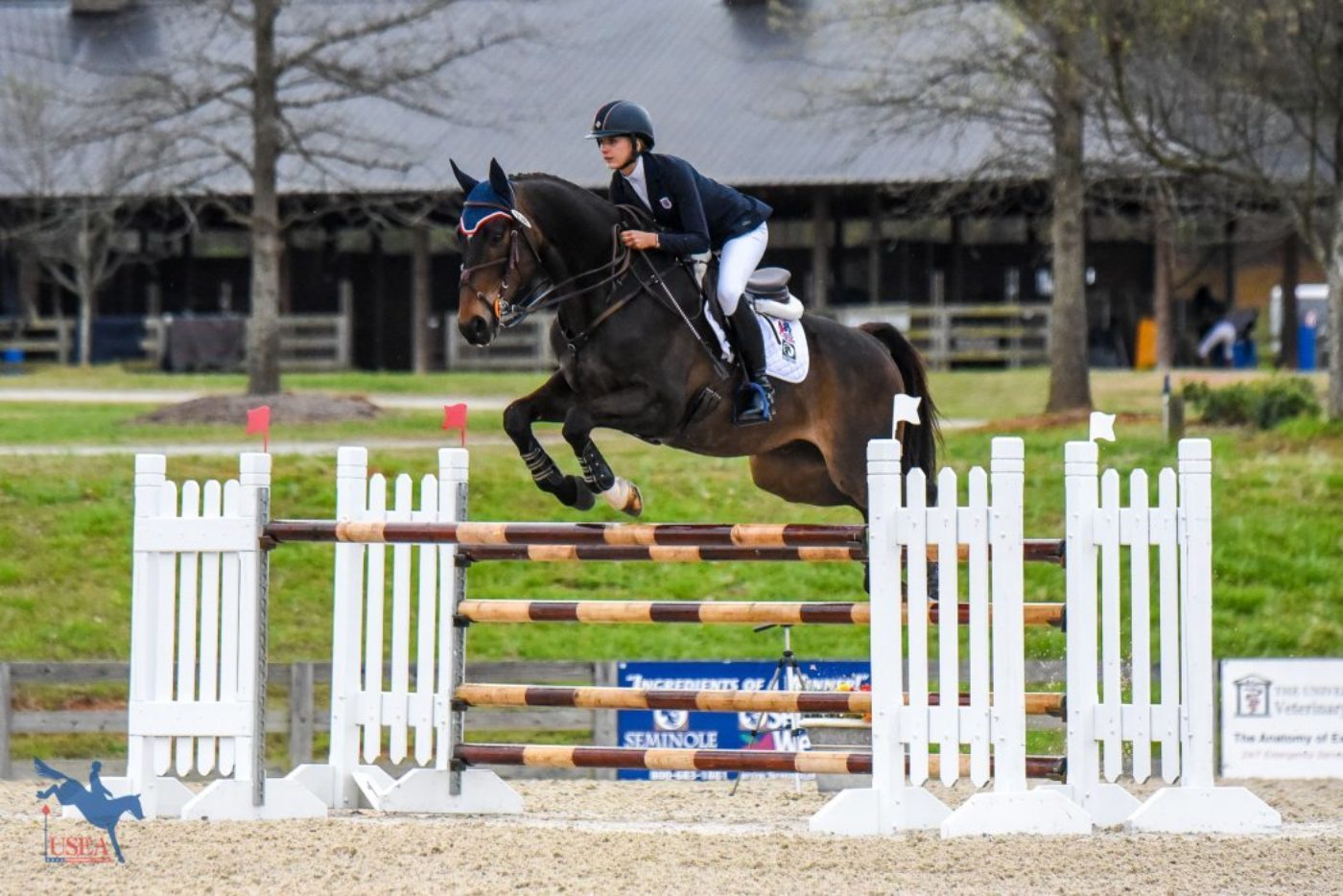 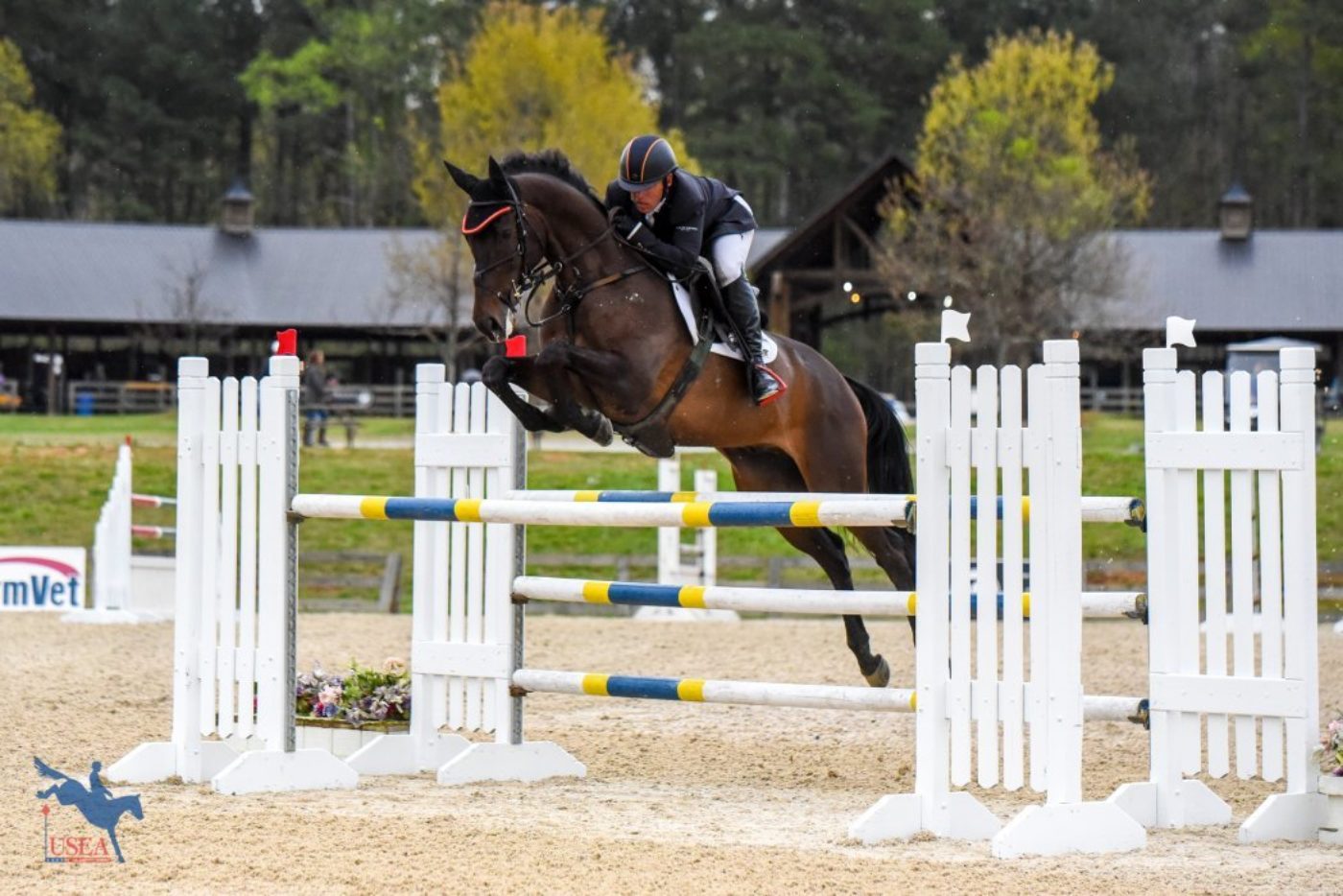 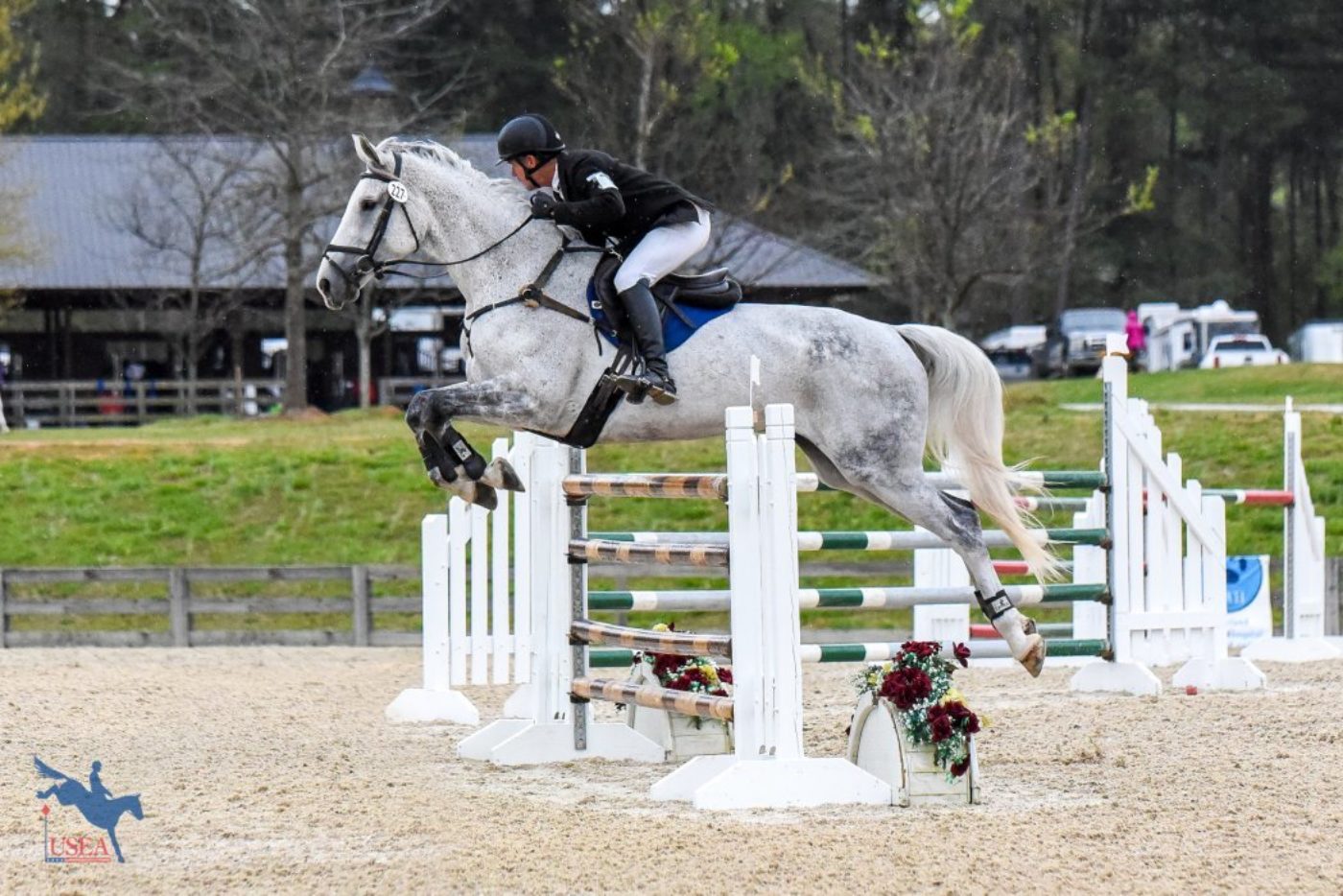 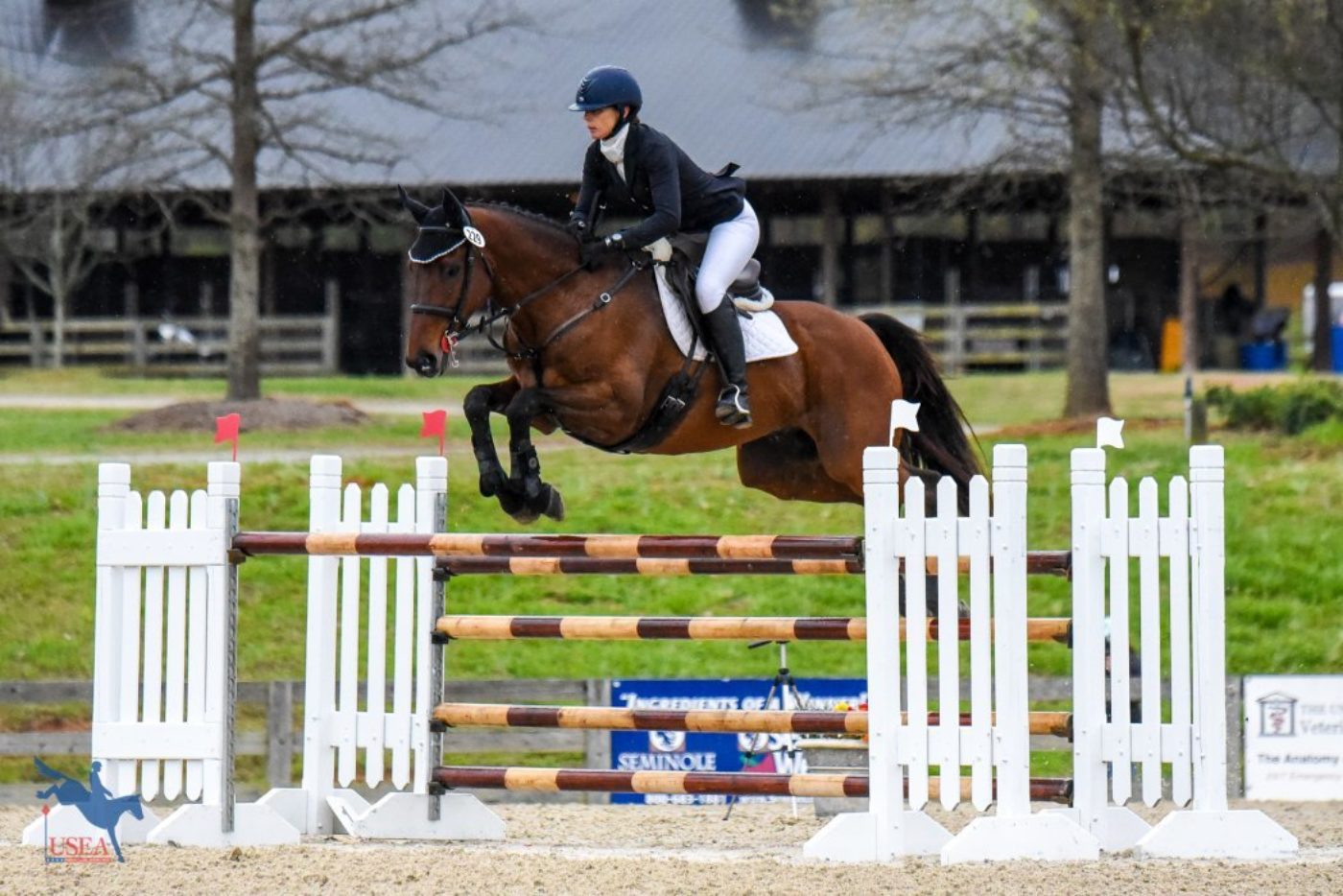 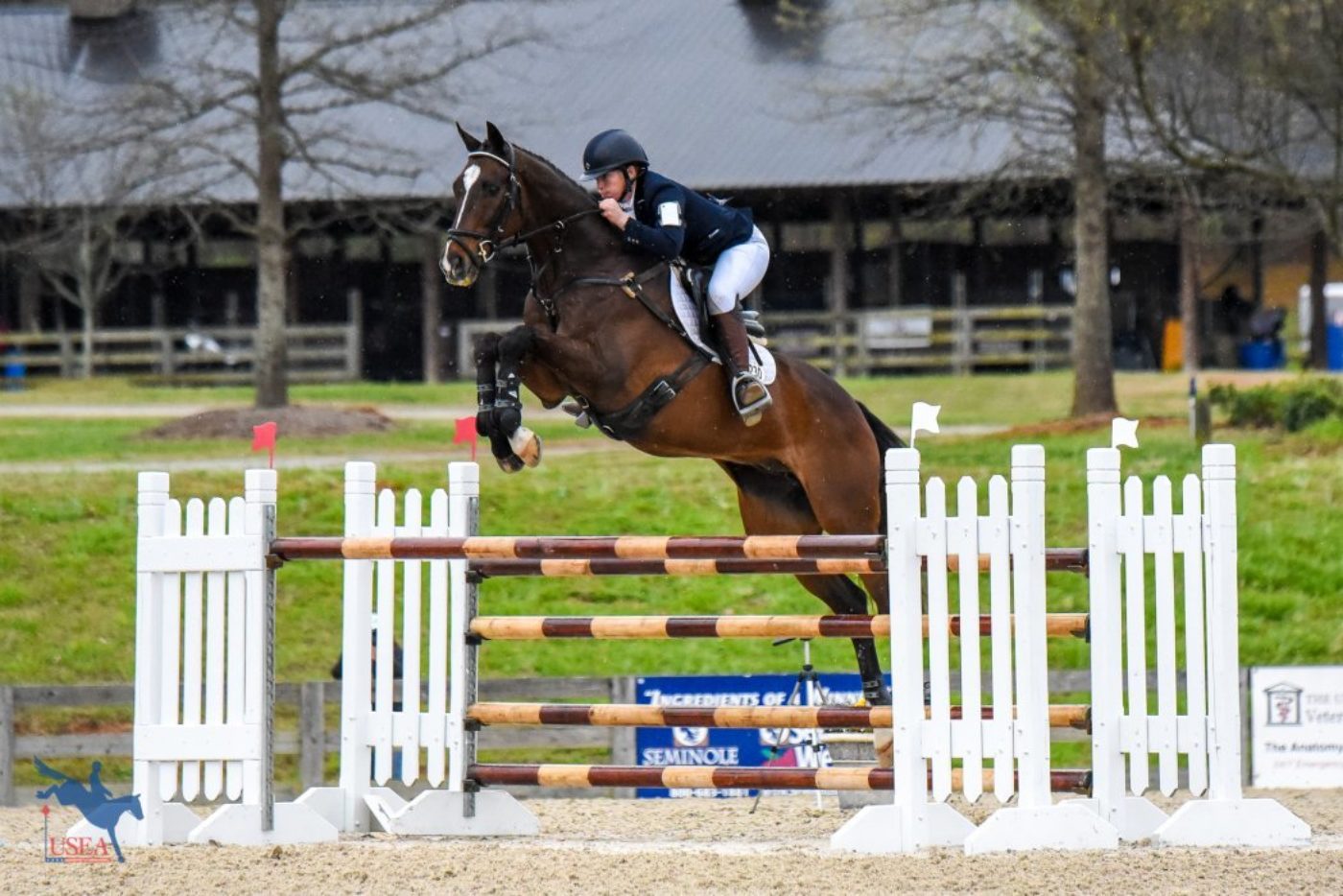 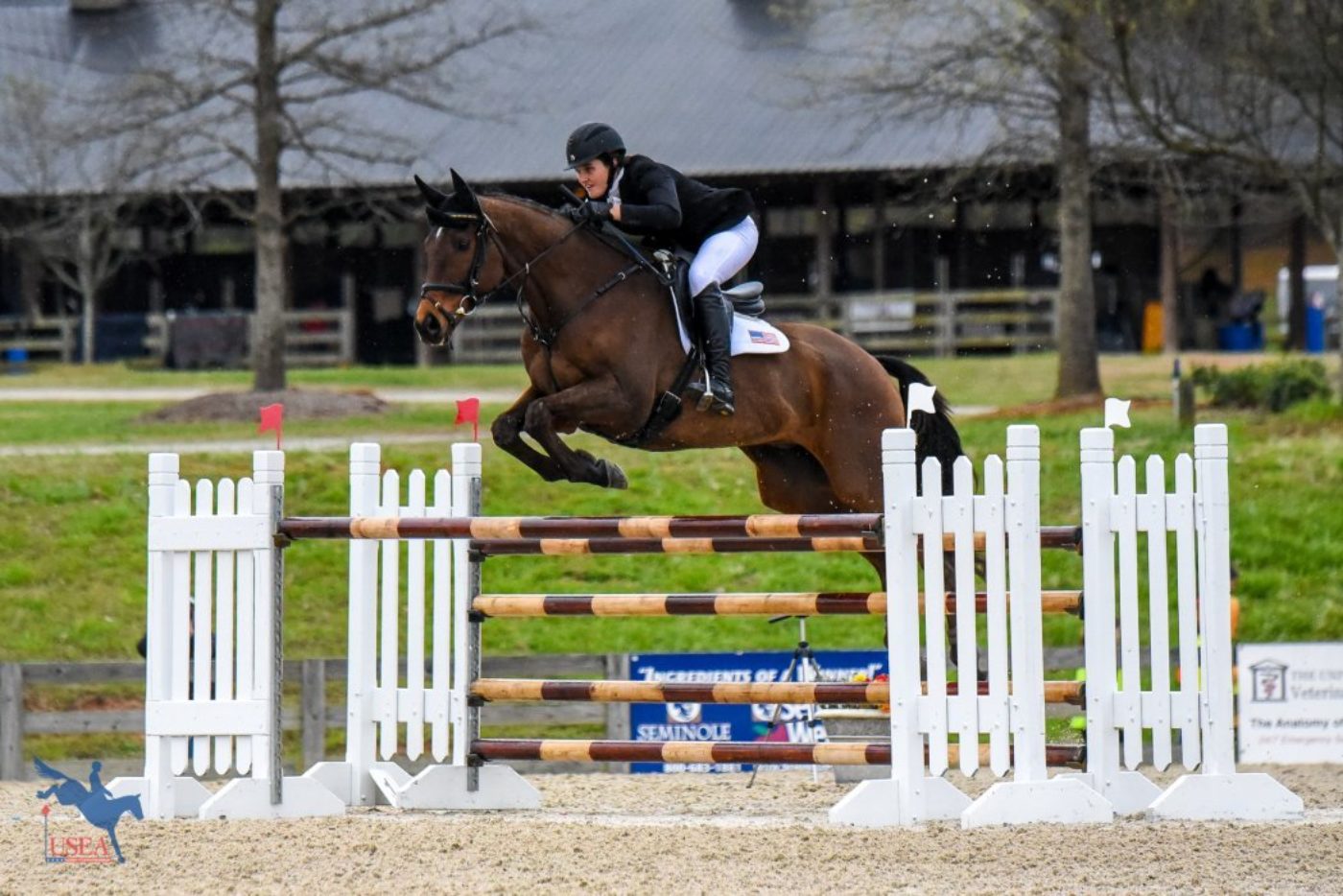