The rainfall at Loch Moy Farm in Adamstown, Md. couldn’t dampen the spirits of the 14 2-year-olds, 12 yearlings, and their handlers who came to compete at the second and final day of the USEA Future Event Horse (FEH) East Coast Championships. Judges Robin Walker and Peter Gray judged a total of 50 young horses aging from yearlings to 4-year-olds over the course of the two-day competition.

The 2-year-old colt division started things off this morning with seven entries to see, followed by seven 2-year-old fillies. The highest scoring 2-year-old colt, Denis Glaccum’s Selle Francais/Thoroughbred gelding Jaguar My (Jaguar Mail x Katlyn Lil), was named the Overall 2-Year-Old Champion on the East Coast on a final score of 85.98, more than five points ahead of the 2-Year-Old Colt Reserve Champion, Anita Antenucci’s Thoroughbred cross gelding Arden Casino (Valentino x Count Your Pennies), who finished on a score of 80.1.

The Overall 2-Year-Old Reserve Champion title went to the top-placed 2-year-old filly, I Da Magic (Mighty Magic x Vanity Fair), a Holsteiner filly owned and presented by Anne Kaufman, on a score of 84.68. Third place overall for the 2-year-olds went to the 2-Year-Old Filly Reserve Champion, Lilly Steger’s Lovegood (Tatendrang x Lady’s Levitation), a Trakehner filly, on a score of 81.8.

There were just four yearling colts to see at this year’s FEH Championships, and the Overall Yearling Champion award went to Royal Casino (Rosenthal x Lady Logan), an Oldenburg gelding presented by owner and breeder Cynthia McNemar. Royal Casino also received the USEA FEH East Coast Born in America Award, which is presented to the highest scoring American-bred horse of the two-day competition, for his impressive score of 88.33. He finished more than four points ahead of the Yearling Colt Reserve Champion, Emeraude Sharer’s Holsteiner colt Ciel d’Emeraude (Contendro I x Arundhati), who scored an 84.15.

"He is the fourth full sibling out of [Lady Logan]," explained McNemar. "His full sister [Lady Rosita] did the [FEH] 3-year-olds last year, his full brother Roulette was campaigned all the way to the CIC3* level by Colleen Rutledge, and his half-brother Rain Dancer has competed through the Intermediate level. We have high hopes for him!"

"He's really sweet," she continued. "He did try to be a little bit of a bully as a colt so we ended up gelding him early. He's always had a lot of spirit but overall just a really sweet horse. When I brought him out this spring he was like, 'Mom! I'm scared of everything!' but he's done really well this year."

This is McNemar's fourth year competing horses in the USEA Future Event Horse series, and she praised the program for providing such excellent exposure for her young horses. "They all load really well now and are used new places. I feel it’s a great thing to get them out, get them exposed, and let them see new places and do new things!"

The title of Overall Yearling Reserve Champion was awarded to Bellavista Faithful (Arena Maestro x A Charming Pose), Jason Daisey's Cleveland Bay Sport Horse filly, who was also crowned the Yearling Filly Champion on a score of 85.7. The overall third place award for the yearlings was presented to the Yearling Filly Reserve Champion, Knuit d’Emeraude (Contendro I x Etoile d’Emeraude), on a score of 85.03.

The USEA introduced the Future Event Horse (FEH) Program in 2007 as a pilot program in response to the popularity of the already established USEA Young Event Horse (YEH) Program. Where the YEH program assesses 4- and 5-year-old prospective event horses based on their performance, the FEH program evaluates yearlings, 2-year-olds, and 3-year-olds for their potential for the sport based on conformation and type. Horses are presented in hand and divisions are separated by year and gender. At the Championships, 3-year-olds are also required to demonstrate their potential over fences in an additional free-jump division. New in 2017 was the FEH 4-year-old division, designed for youngsters not quite ready for the rigors of the Young Event Horse program. These horses are presented under saddle at the walk, trot, and canter before being stripped of their tack and evaluated for their conformation. Additionally, 4-year-olds also participate in the free-jump divisions at Championships to show their potential over fences. Click here to learn more about the Future Event Horse Program.

The USEA would like to thank SmartPak, Standlee Hay Company, and Merck Animal Health for sponsoring the Future Event Horse Program and Loch Moy Farm for hosting the 2018 East Coast FEH Championships. 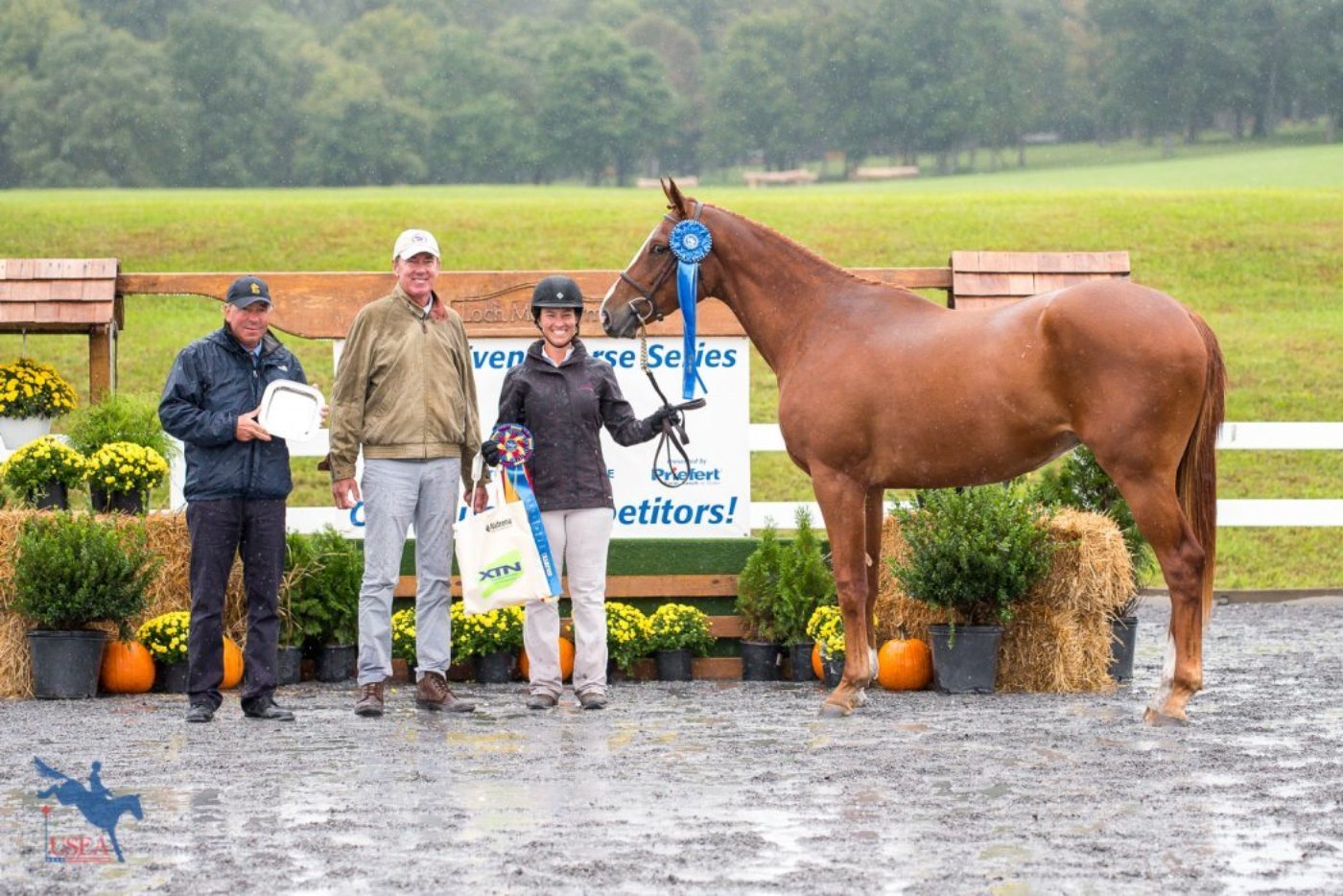 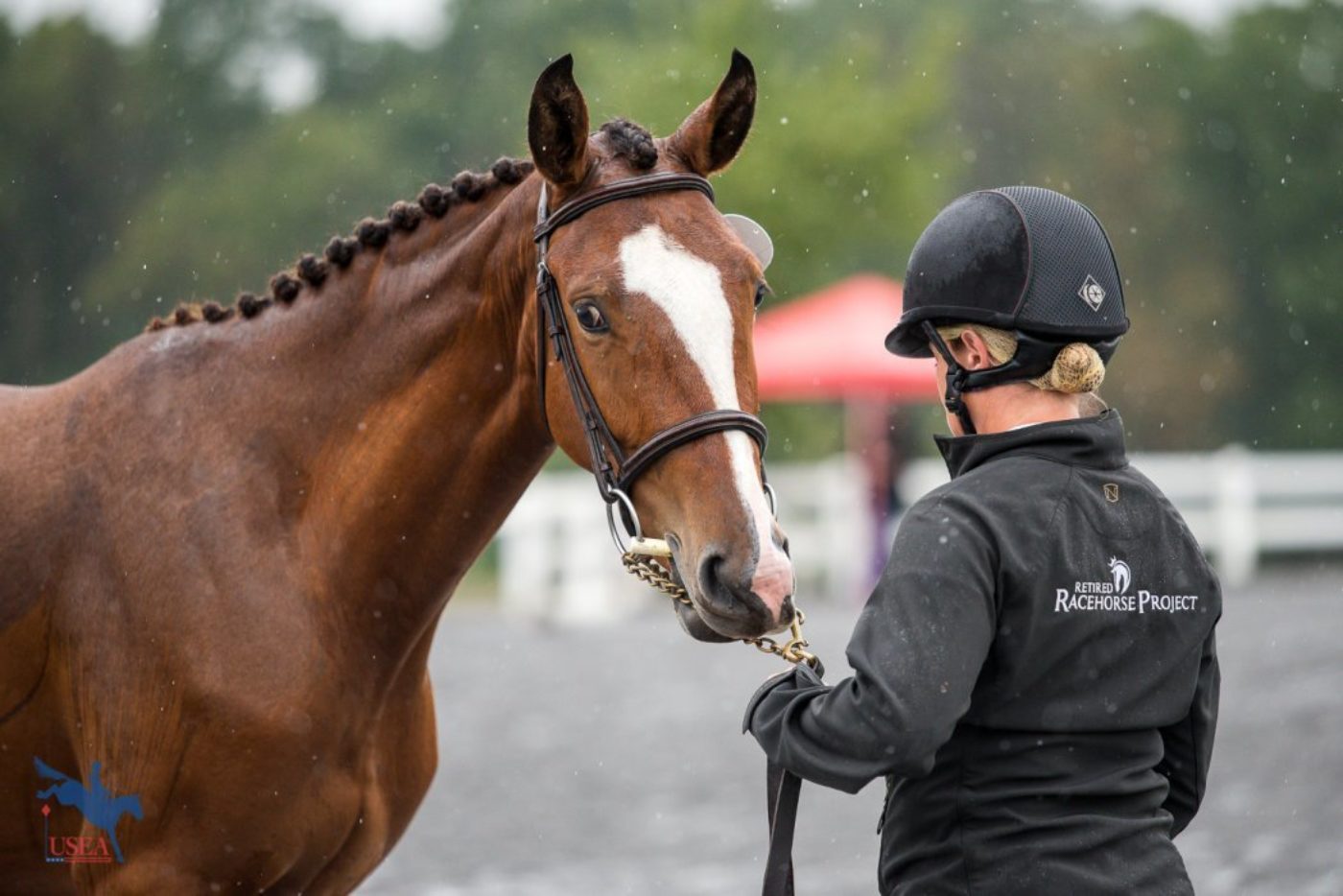 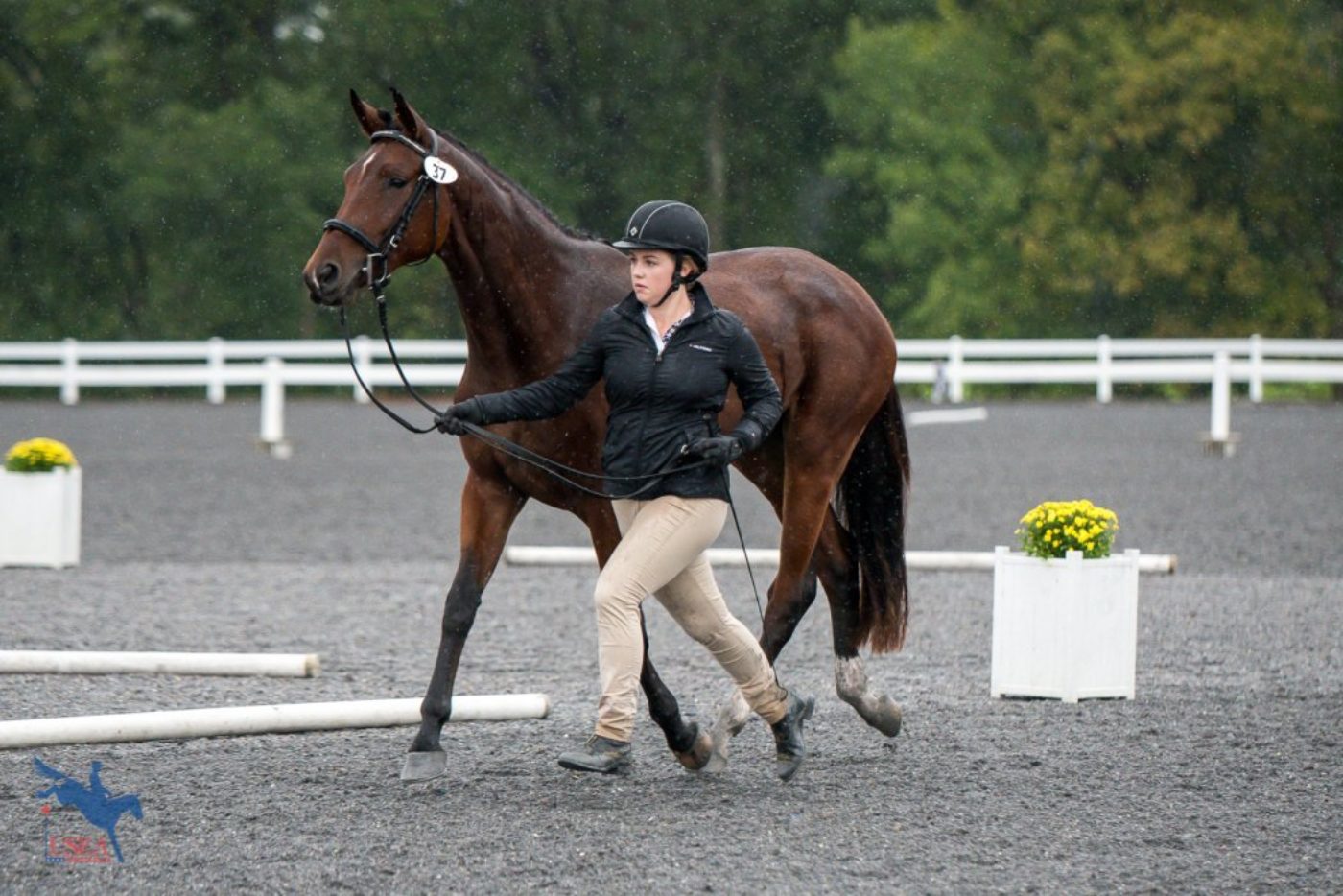 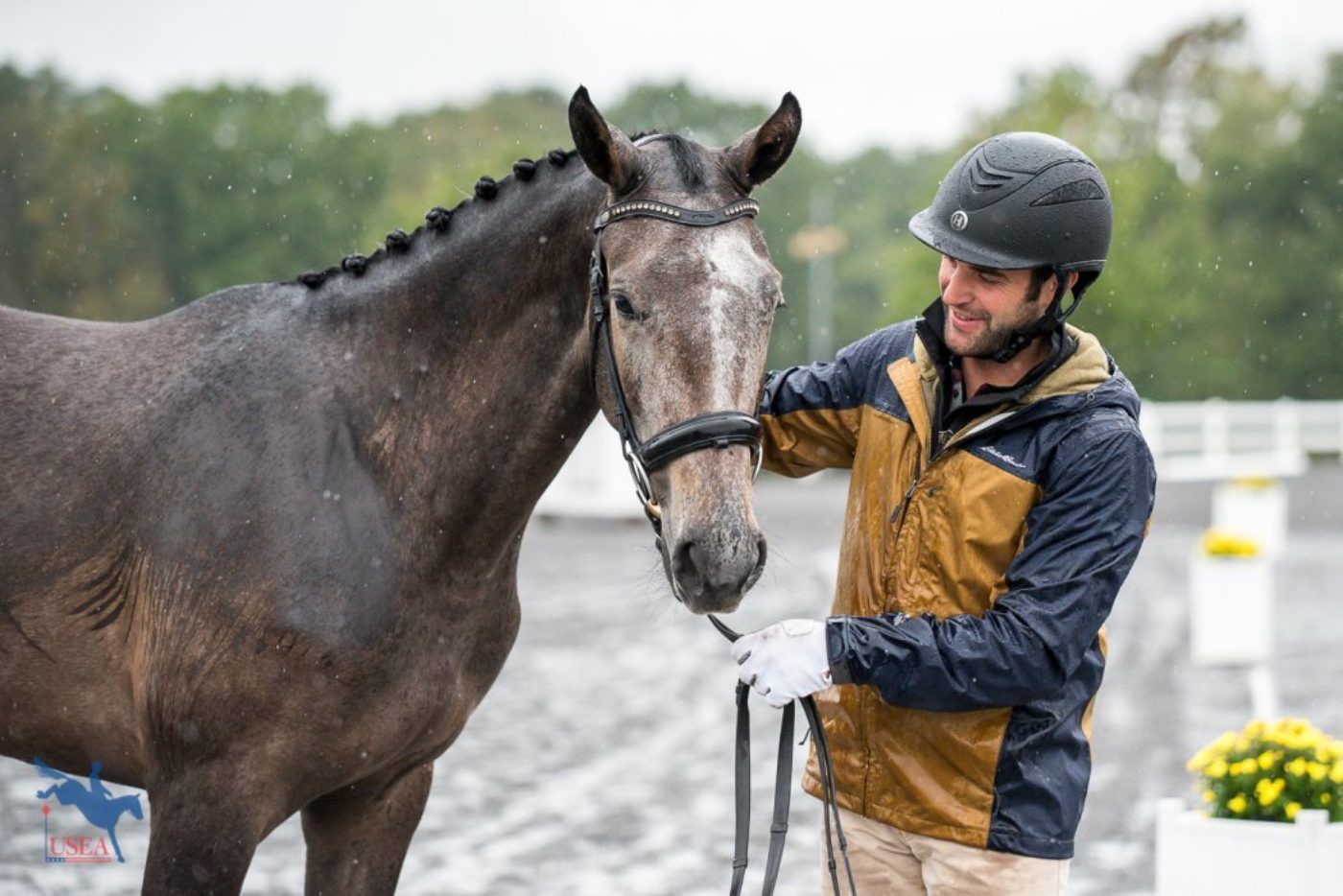 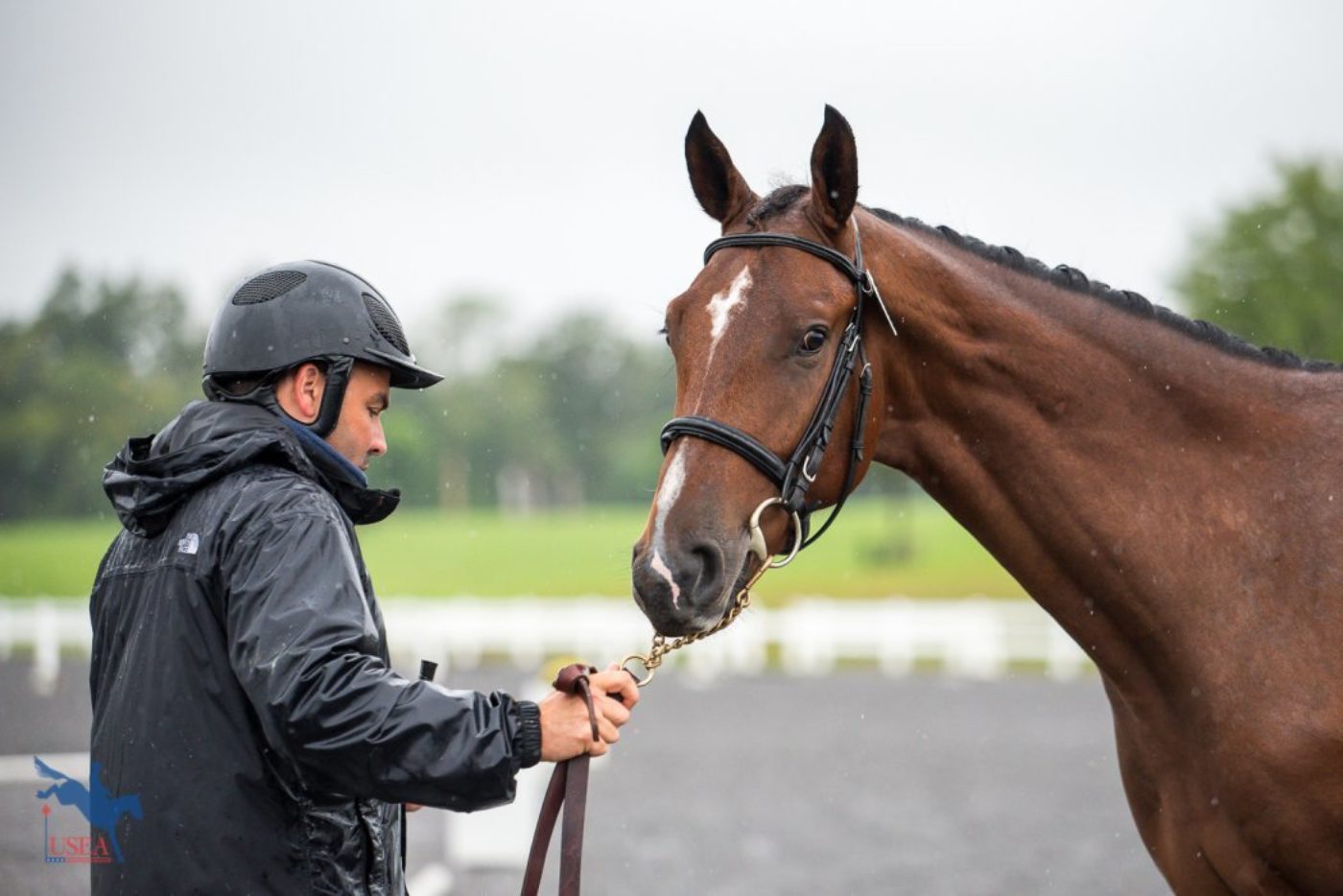 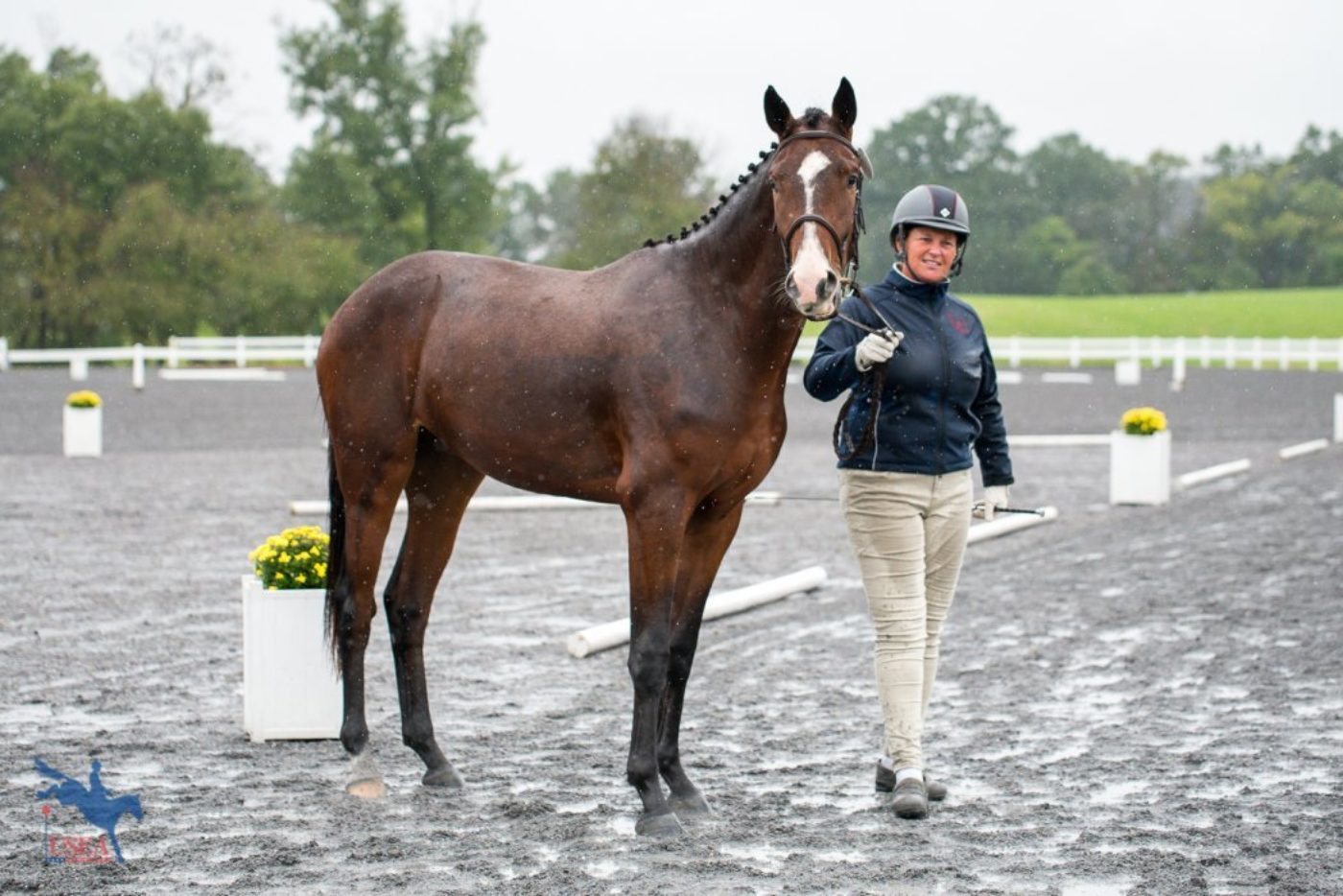 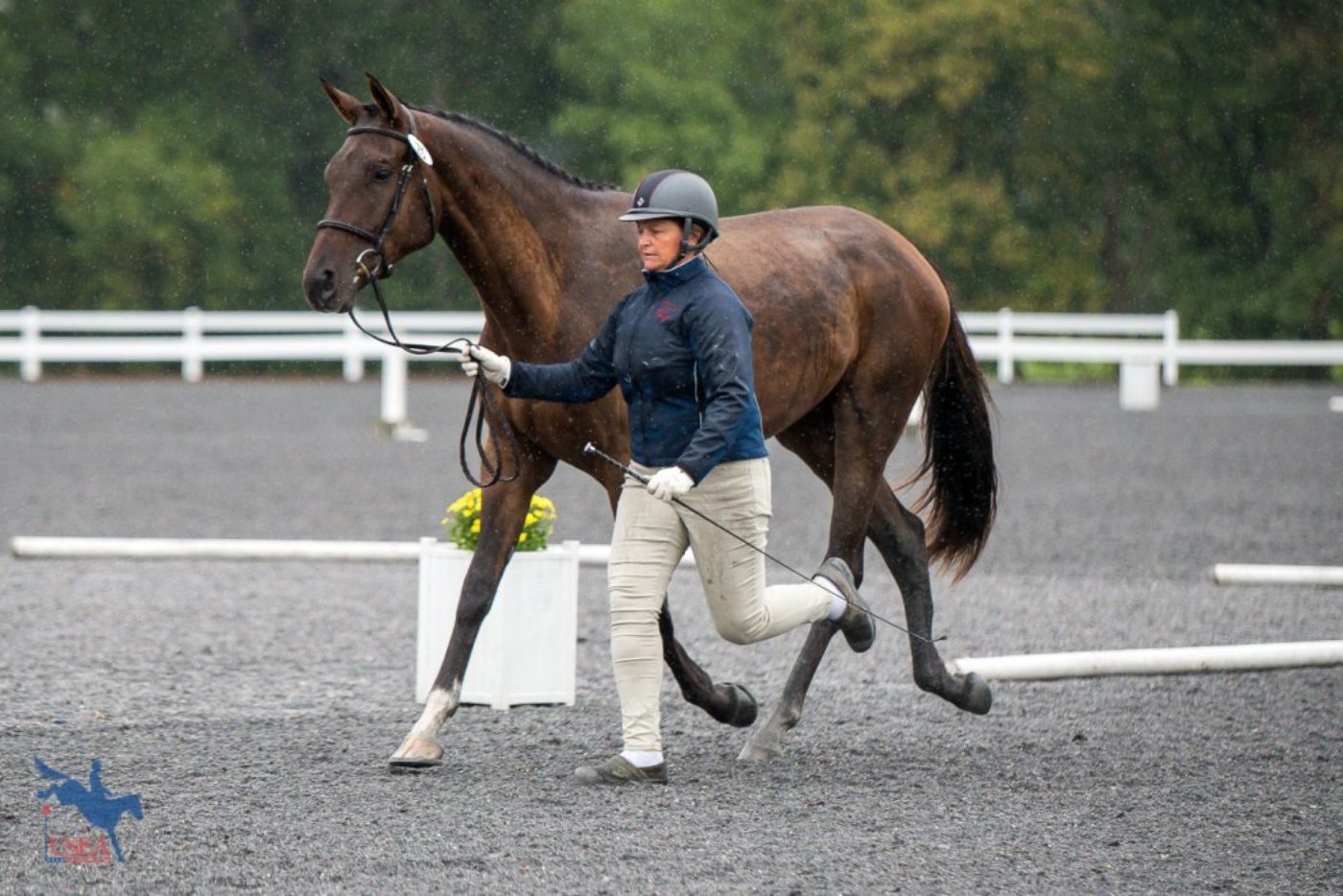 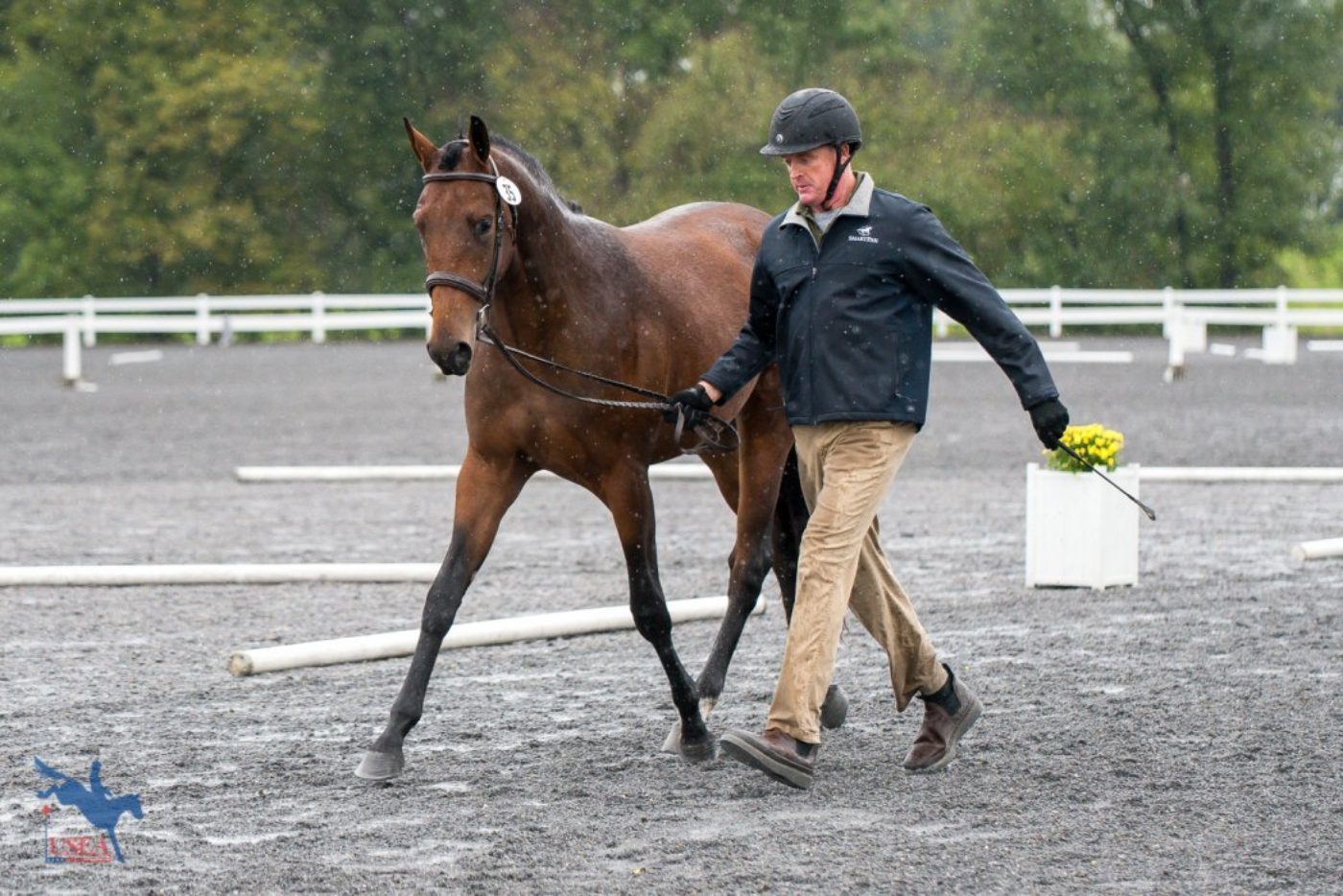 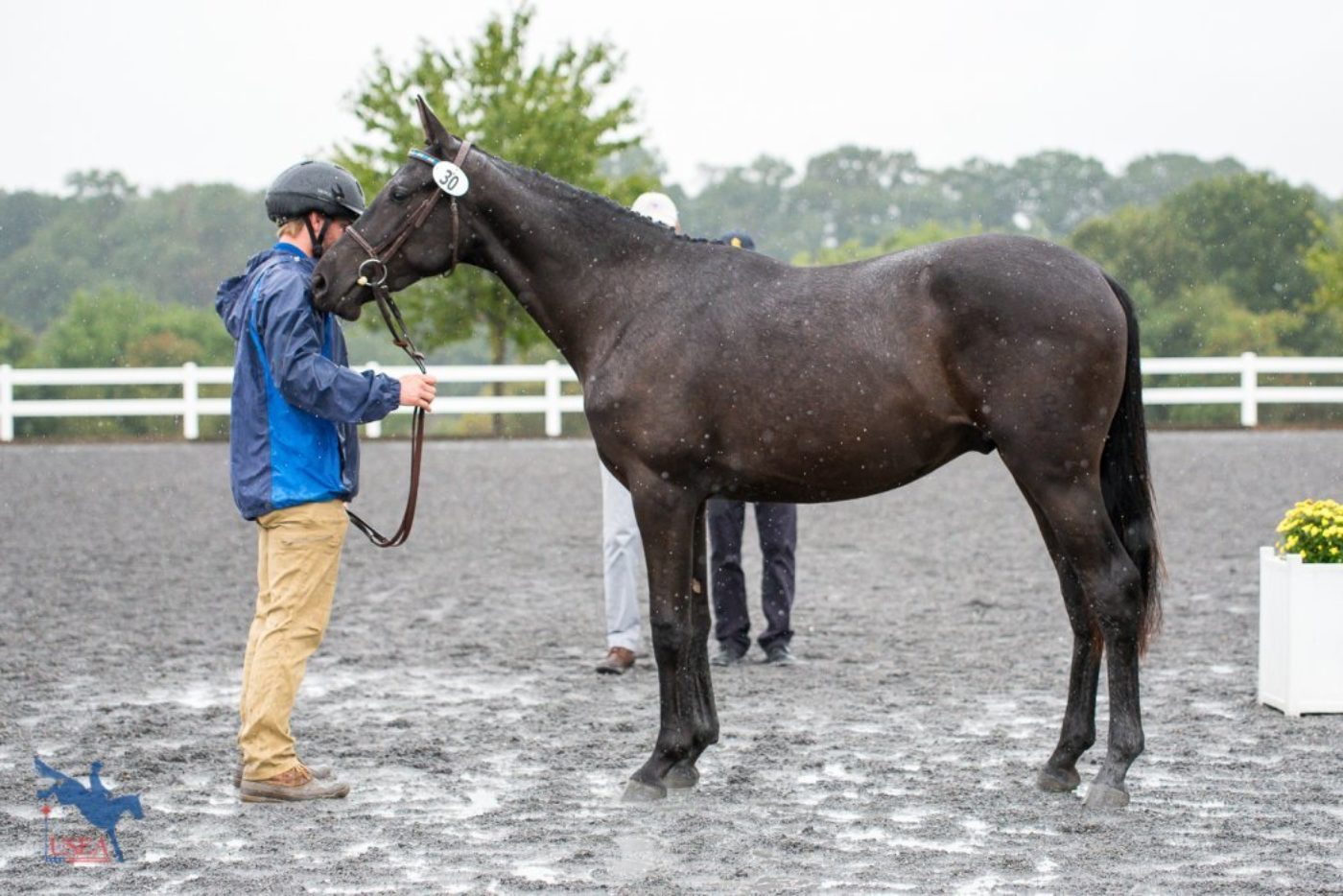 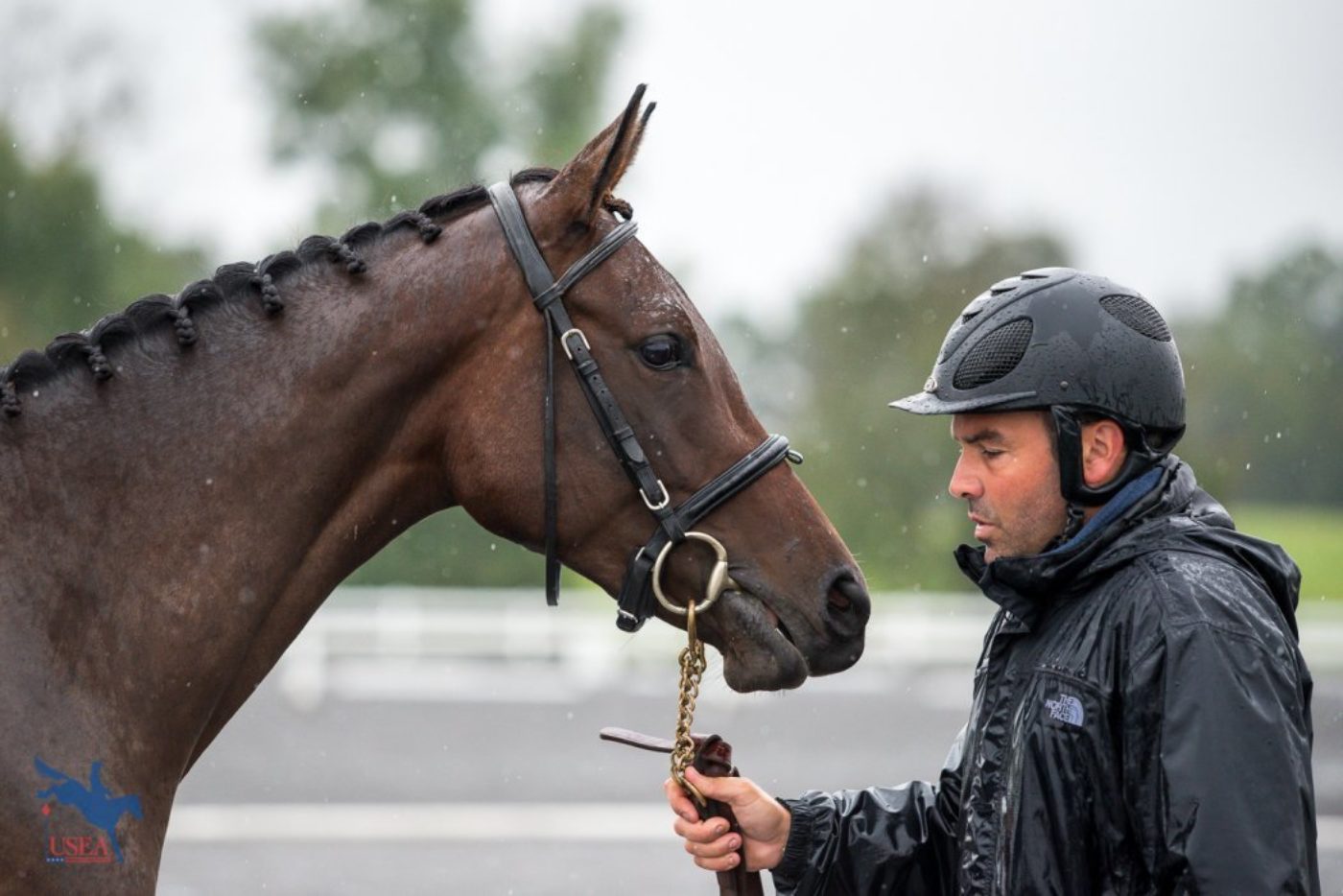 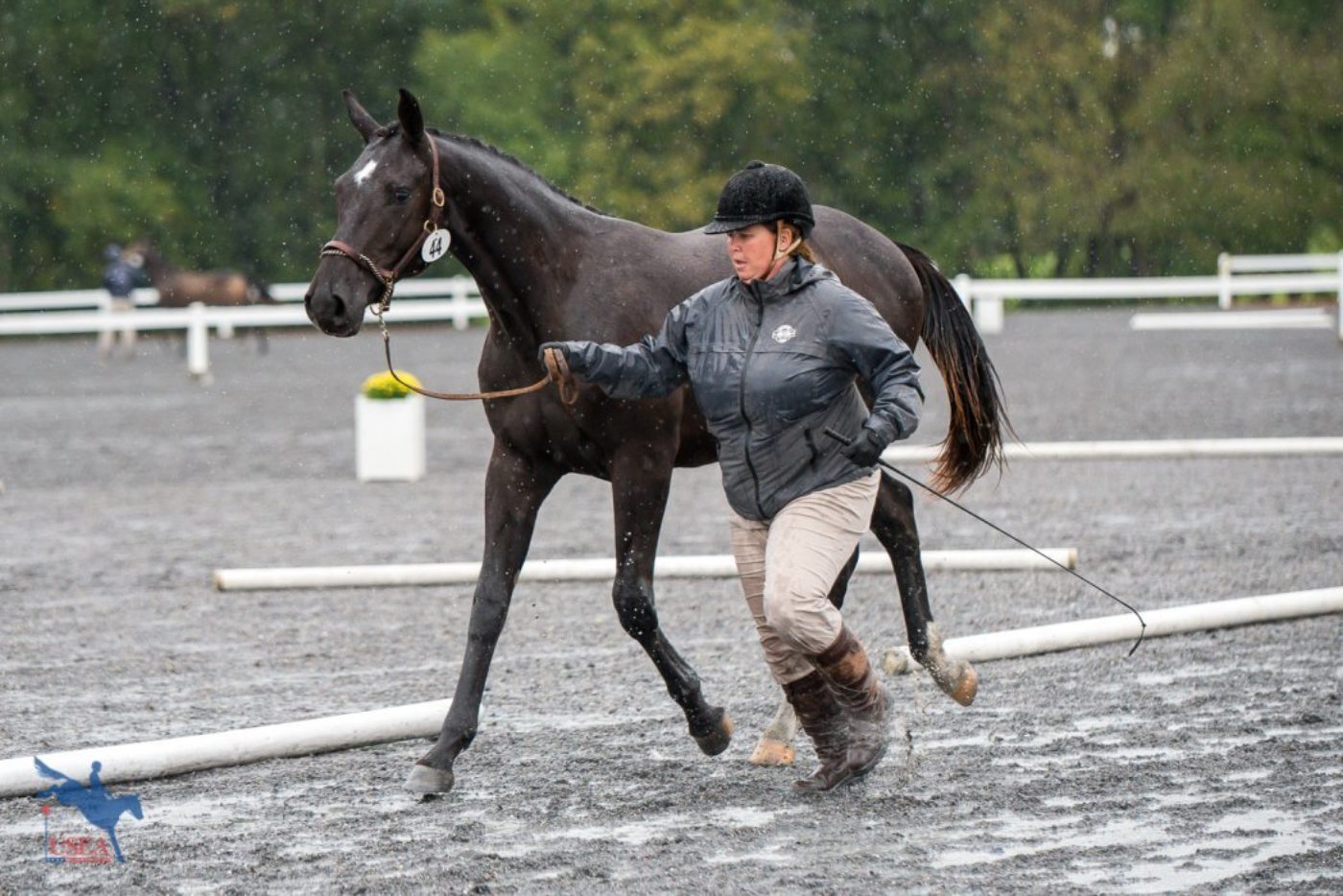 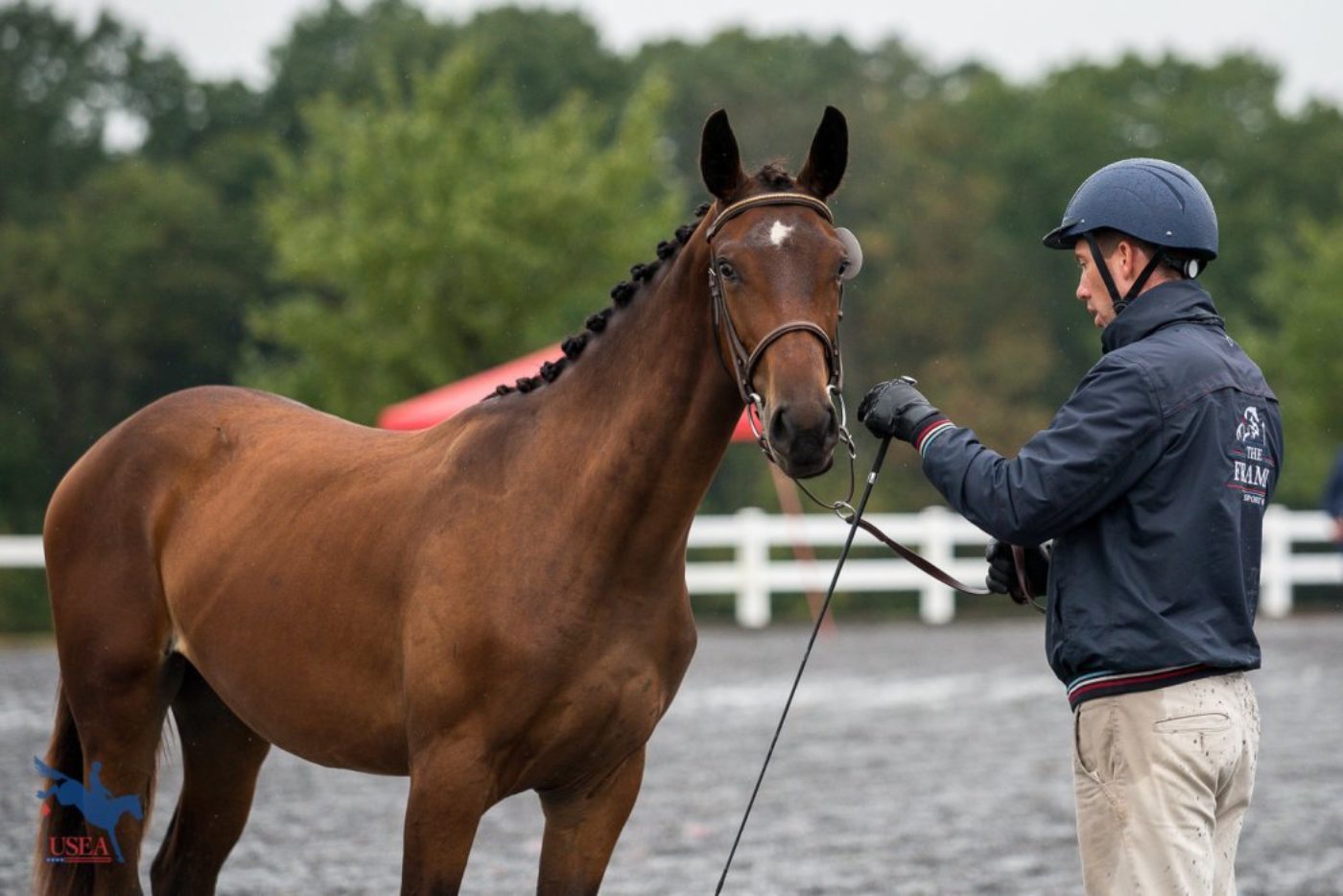 If you were involved in equestrian sports at all last year, you probably noticed how COVID incentivized the industry to make a few changes in day-to-day business operations. The United States Eventing Association (USEA) caught up with the STRIDER leadership team to learn more about recent industry trends after their trip earlier this month to EQUITANA USA at the Kentucky Horse Park.

If you take one look at Jim Moyer’s Facebook page, you will see it is filled with sweet sentiments from the lives he has touched through his work in the equine industry. Moyer’s involvement with horses began when he met his future wife Jean 50 years ago. As Jean went on to become a prominent instructor in eventing, Moyer found that their friend circle was full of horse people, so it was only natural that he should find his place in the community.

Horses and riders in 12 divisions, from Starter to CCI4*-S, tackled the show jumping phase of competition Sunday at The Event at TerraNova, over a track designed by Nick Granat in the world-class setting of the main arena. Prize money was awarded in all divisions.