Less than a month ago, Colleen Rutledge and Covert Rights (BFF Incognito x Let’s Get it Right), her 13-year-old Thoroughbred/Clydesdale gelding, placed second in the CCI4*-S at Great Meadow International. Now, they stand poised to improve their performance, this time at the Plantation Field International Horse Trials in Coatesville, Pennsylvania, as they sit in the lead of the CCI4*-S after dressage on a score of 26.3.

After a less than perfect show jumping round at Jersey Fresh in May, Rutledge explained that she went back to the drawing board with “CR.” “He’s always been incredibly talented on the flat, everything has always been so easy for him that actually getting him to do everything really correctly has been a struggle,” she explained. “Everything is so easy, but really holding the balance and really pushing through and getting 80 percent of what he has has been a struggle because his 75 percent is everybody else’s 100 percent.”

“I’m really pleased with him today,” she continued. “Even with a couple of little hiccups that we had in warmup, I’ve been working on just getting him a little bit more consistent, a little bit more through, and then I’ve been working on trying to ride a clean test. I was pleased because I felt like we had a lot more of that today . . . I’m glad that I at least did a clean test this time where a couple of weeks ago [at Great Meadow] I had a couple of bobbles here and there.”

“We’ve had a few years that have been up and down, just bringing him back, and he’s feeling really good right now and I’m really excited about everything. He feels good, he feels strong, he feels smart . . . He’s had some minor injuries over the past couple of years that, rather than try to mask or rather than try to ignore, it’s actually easier that when he tells me something’s wrong that I listen to him and I let him heal. Every time I don’t and I try to achieve what’s on my schedule and not on his schedule it doesn’t work out so well. It’s been bits and pieces and right now he feels the best he’s ever felt.”

As the penultimate ride of the day, Boyd Martin and Bonito (Betel xx x Ronda) came into the arena and laid down the second-best score of the day, a 28.2, to sit in second place going into tomorrow’s show jumping competition. With several strong finishes at the CIC3* and CCI3* level in 2017, an injury sidelined Stephen Blauner and Nancy Hathaway’s 12-year-old Hanoverian gelding in 2018 and he’s been working his way back to the top level this season.

“He’s a lovely mover,” Martin described. “He hasn’t been at this level for a while – he got injured about a year ago – and I’ve been sort of gently bringing him back. I was very pleased with him, he hasn’t forgotten a trick and he’s very flamboyant in the ring. It’s nice to have him back at the top level.”

“He’s a wild bugger,” Martin continued. “I had to ride him a couple of times to flush a bit of energy out of him. You buy a warmblood out of Germany and you think you’ll get a nice, shiny, quiet horse, but this guy – he’s mostly Thoroughbred, to be honest – but he can get really fired up. Once you’re going around the big courses it’s a wonderful attribute but day-to-day he’s a bit of a handful.”

“His legs look good and he’s fighting fit,” Martin stated. “My plan is to try to be a little bit careful and cautious with him this year, tinker around some big tracks, and if he goes well here maybe get him to Fair Hill but the big goal would be next year at [the Land Rover Kentucky Three-Day Event].”

Martin is also catch-riding two of Phillip Dutton’s horses – Z (tied for seventh) and Fernhill Singapore (12th) – as Dutton has been temporarily sidelined with an injury. “They’re two wonderful horses,” Martin said. “They’re big and strong and it’s been a good experience this week, having Phillip try and teach me how to ride them in the ring and what buttons to press. Obviously they’re two big-time horses and it’s a privilege to sit on them. It’s nerve-wracking as well – obviously Z is one of the best horses in the world – but it’s nice to sit on a horse of that caliber. It’s also nice repaying the favor – usually it’s Phillip riding my horses when I’m hurt.”

Erin Sylvester and Paddy the Caddy (Azamore x Slamy) held the lead throughout the morning session on a score of 29.5, the only other score to break into the 20s during today’s dressage. The pair sit in third place going into show jumping tomorrow afternoon.

Sylvester said she’s been struggling a bit with Frank McEntee’s 12-year-old Irish Thoroughbred in the dressage since the pair returned from the Land Rover Kentucky Three-Day Event earlier this spring, where they were 19th. “I’ve been struggling a bit since then keeping him relaxed in the ring while having the quality of movement. I tried a bit of a different school up to the event this week and it seemed like it really worked for him. He likes this ring, likes the footing, likes the atmosphere here. He usually does a better test here than his average – he was really good this morning.”

“Usually I try to keep him quiet and relaxed and keep all the work good going up to the event,” Sylvester explained. “He’s been really lazy the last few weeks because it’s hot and dry – he’s not a fan of this kind of weather – and so I honestly tuned him up a little bit and made him work really hard. He can be quiet in the warmup and then light up in the ring, which is what he did at Great Meadow, worse than I’ve ever felt him do, and so I really overrode the warmup and he got upset a few times but then he was exactly the same horse when I got him in the ring, which I’ve never quite had from him. He usually gets some degree of tense when he goes down centerline and today he was being kind of wild in the warmup and he got tired from that. He still had a little bit of tension but it seemed like he worked out a lot of stuff in the warmup and was more focused in the ring.”

Looking to cross-country, which takes place on Sunday morning, both Martin and Sylvester complimented the work the crew at Plantation Field has done on the footing, which hasn’t received a proper rainfall in two months.

“The ground is fantastic,” Martin observed. “The courses look really good – they’re big, strong, nice courses and I think a great education for the horses. It will really prime all the horses going to Fair Hill and Boekelo.”

“I think they’ve done a great job on the footing,” Sylvester agreed. “I feel for them because this has been such a dry August and September. I can’t remember a time that we haven’t had rain in over a month and that’s where we are. They worked really hard to make the footing the best it can be.”

Before the CCI4*-S riders will tackle Mike Etherington-Smith’s cross-country track, they’ll have to jump around Marc Donovan’s show jumping course. CCI4*-S show jumping will begin tomorrow afternoon at 1:04 p.m. and cross-country will follow on Sunday at 10:00 a.m. 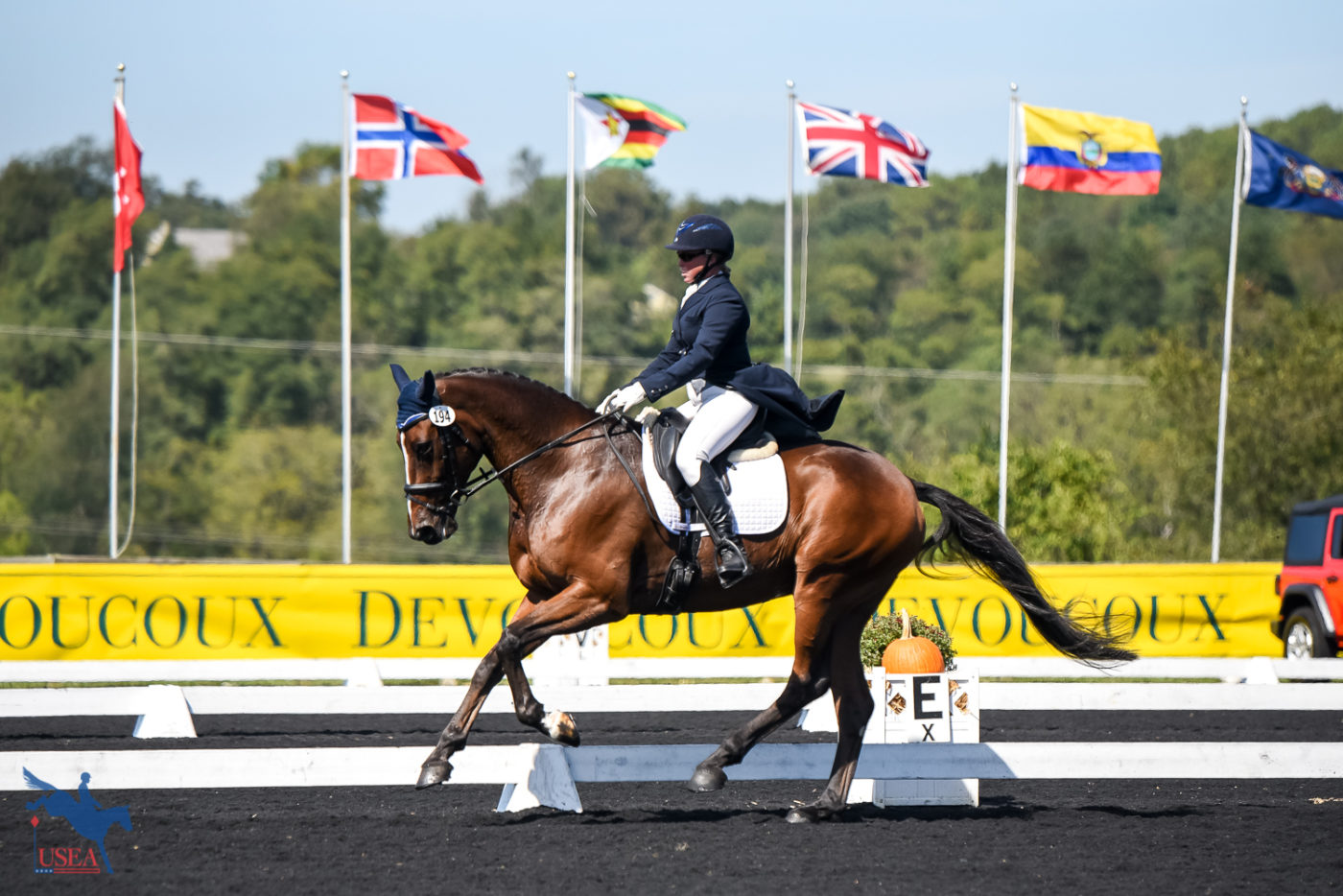 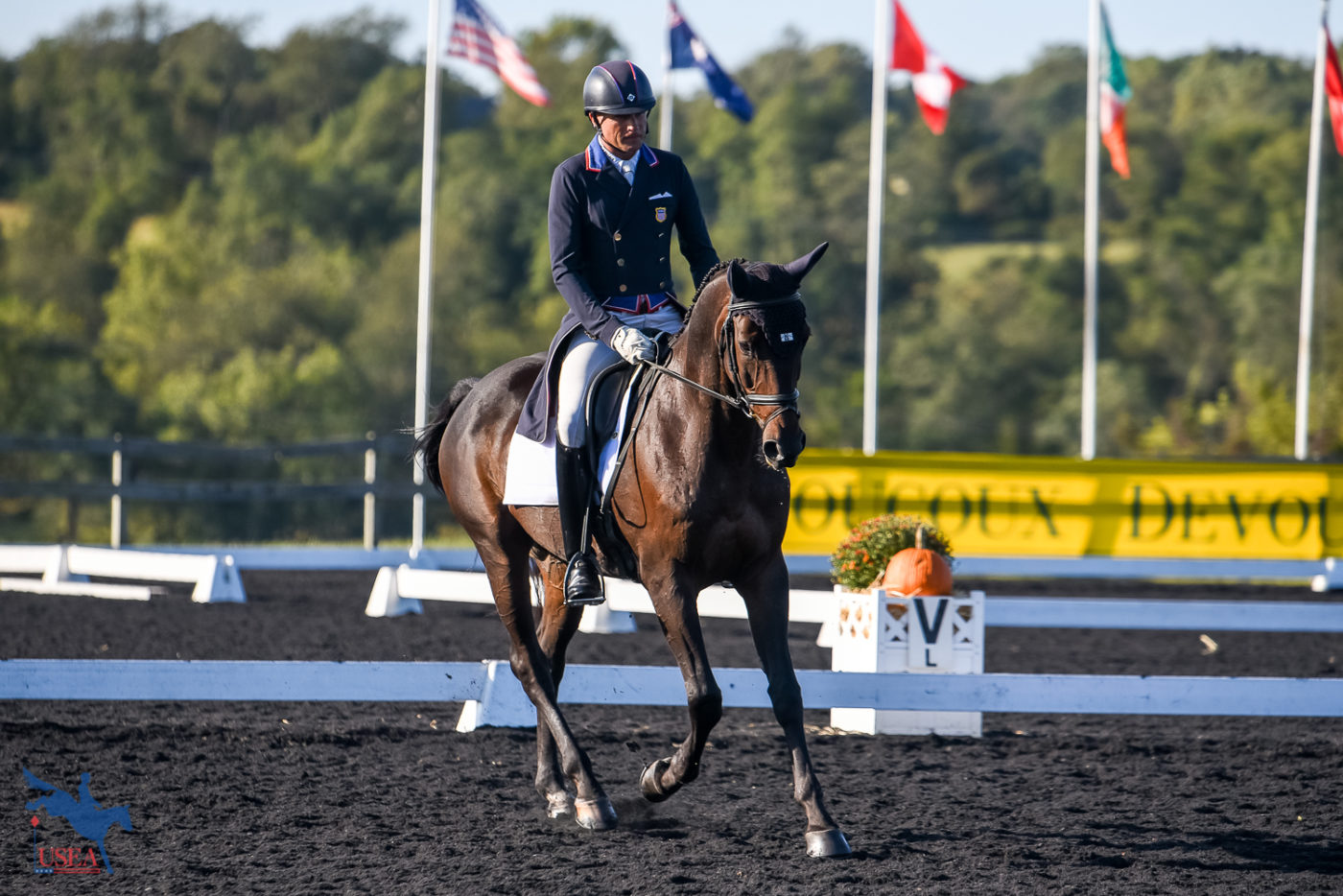 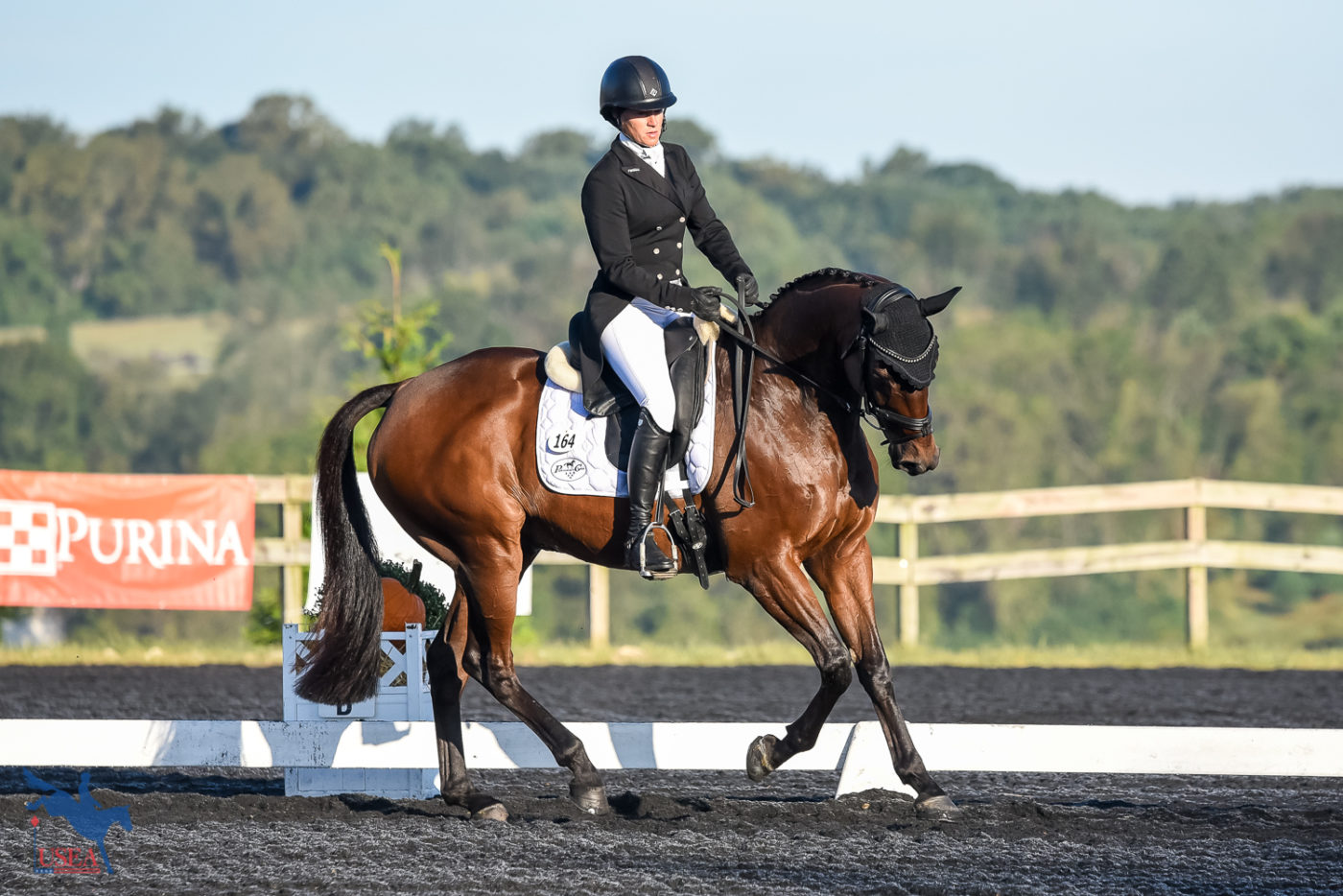 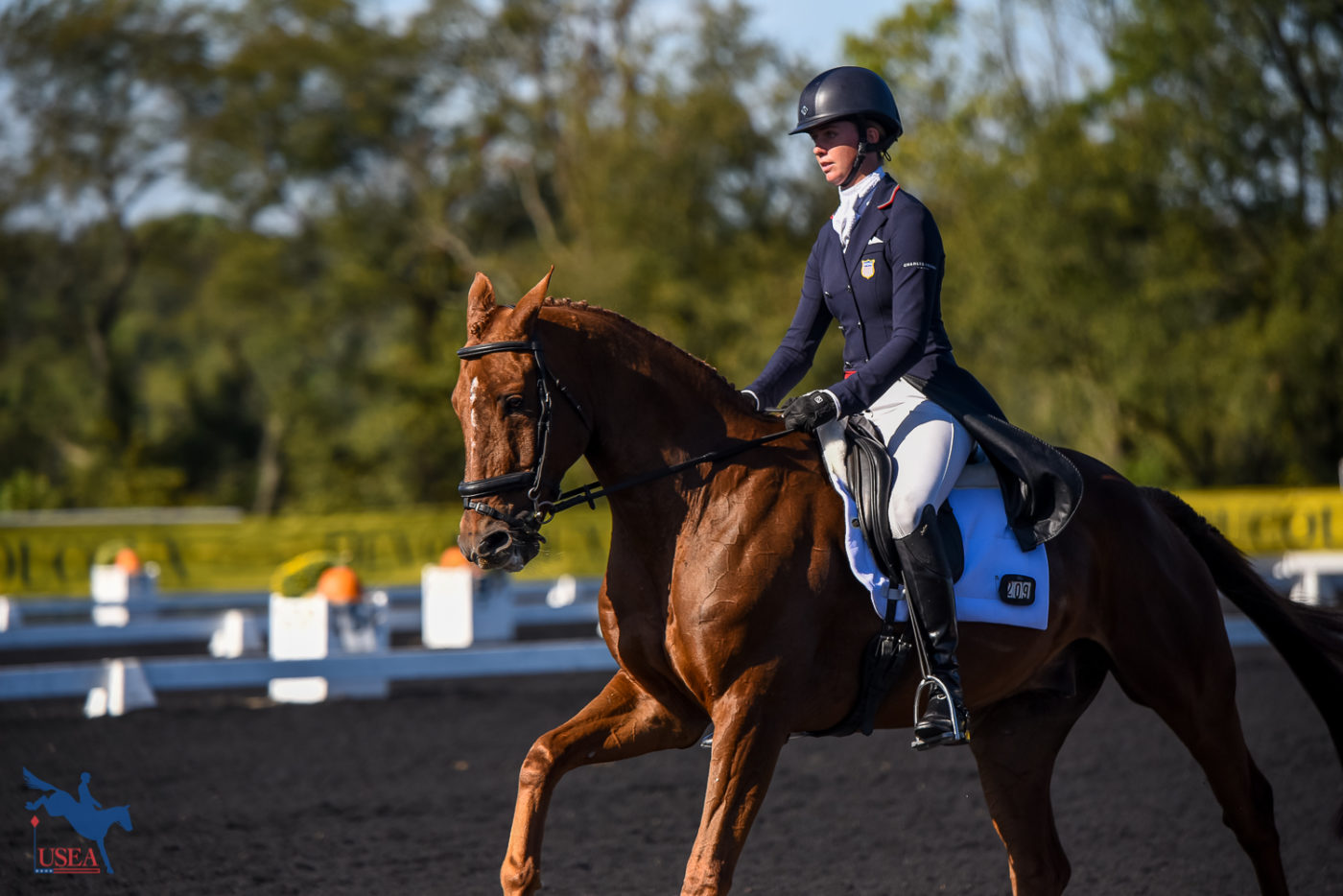 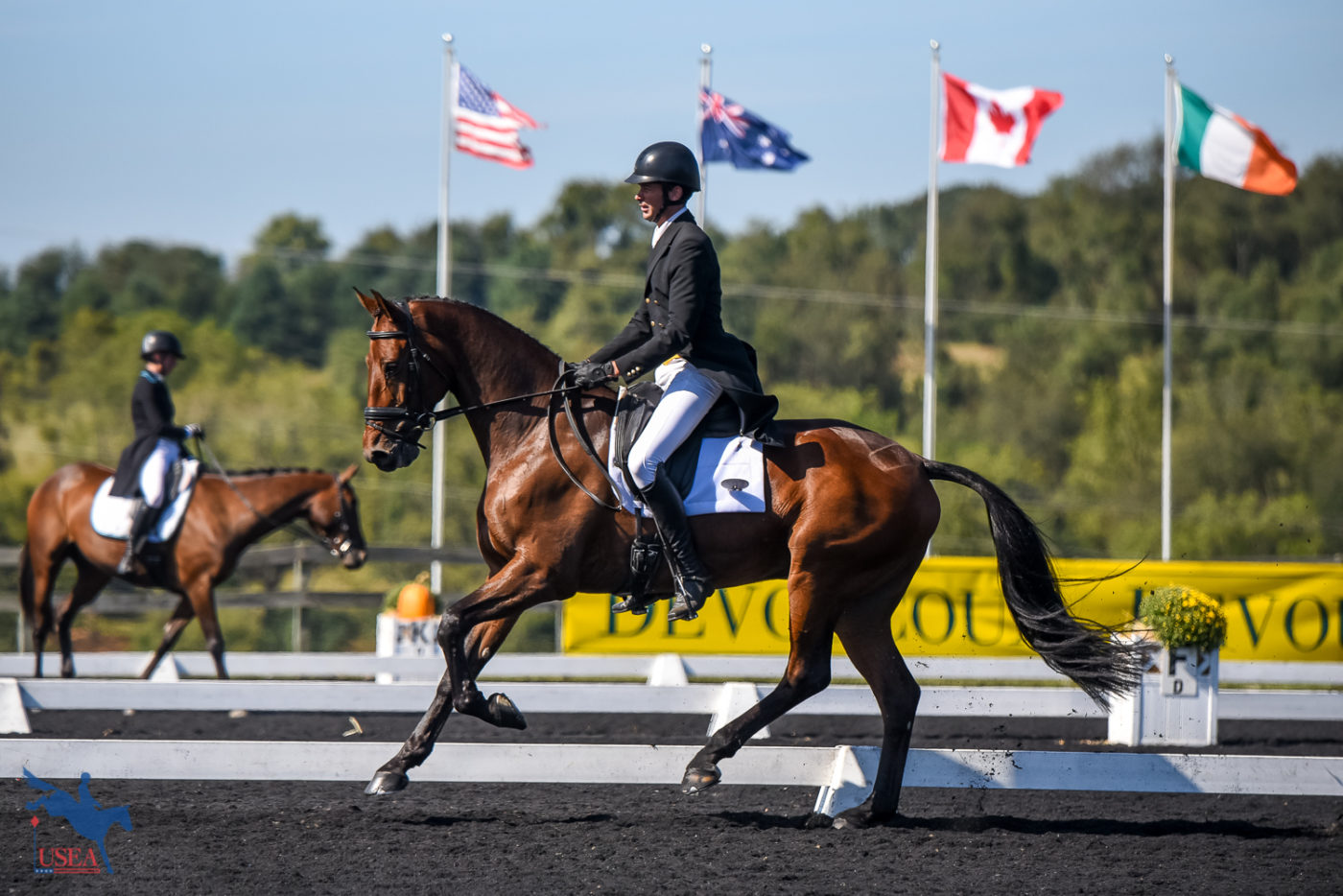 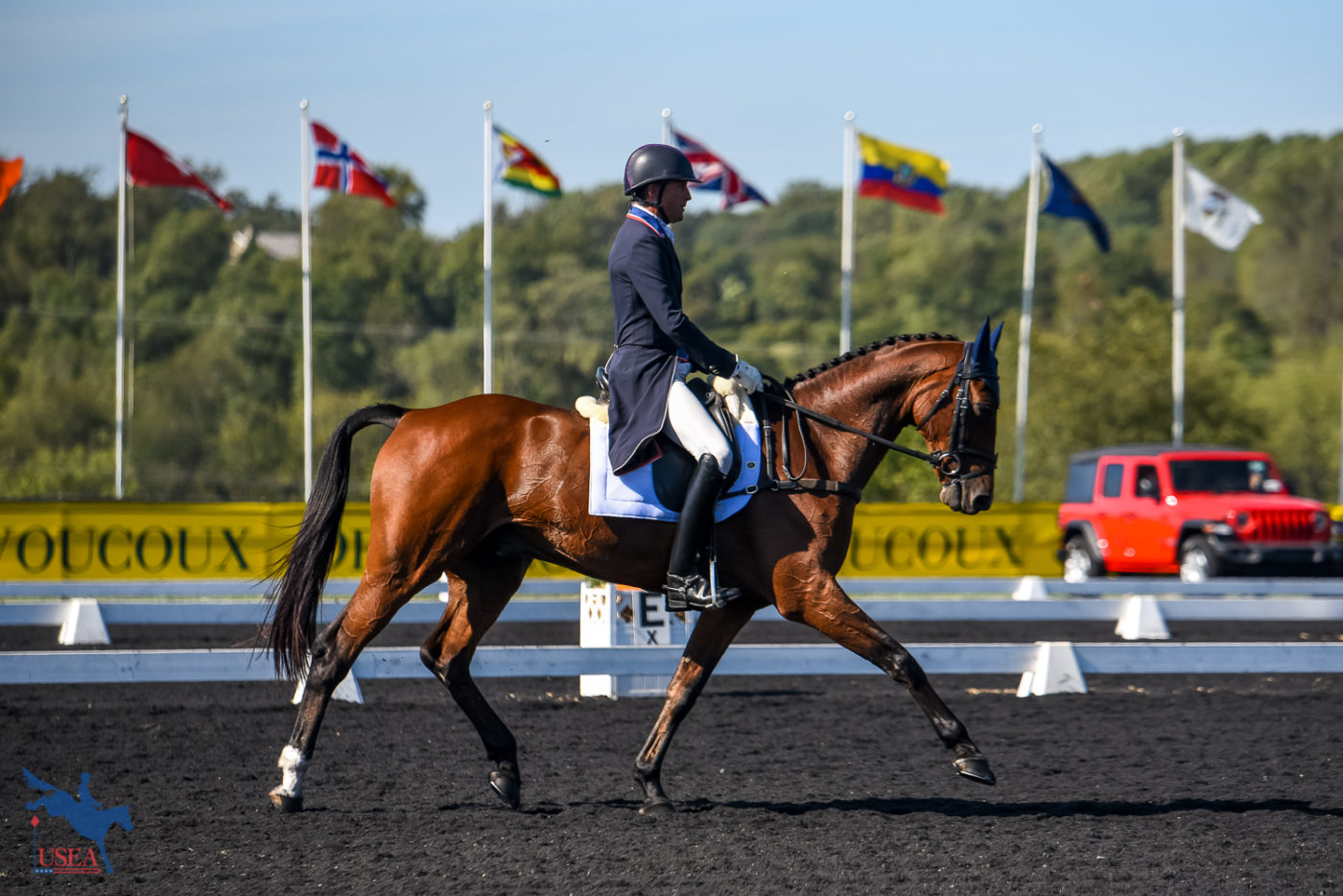 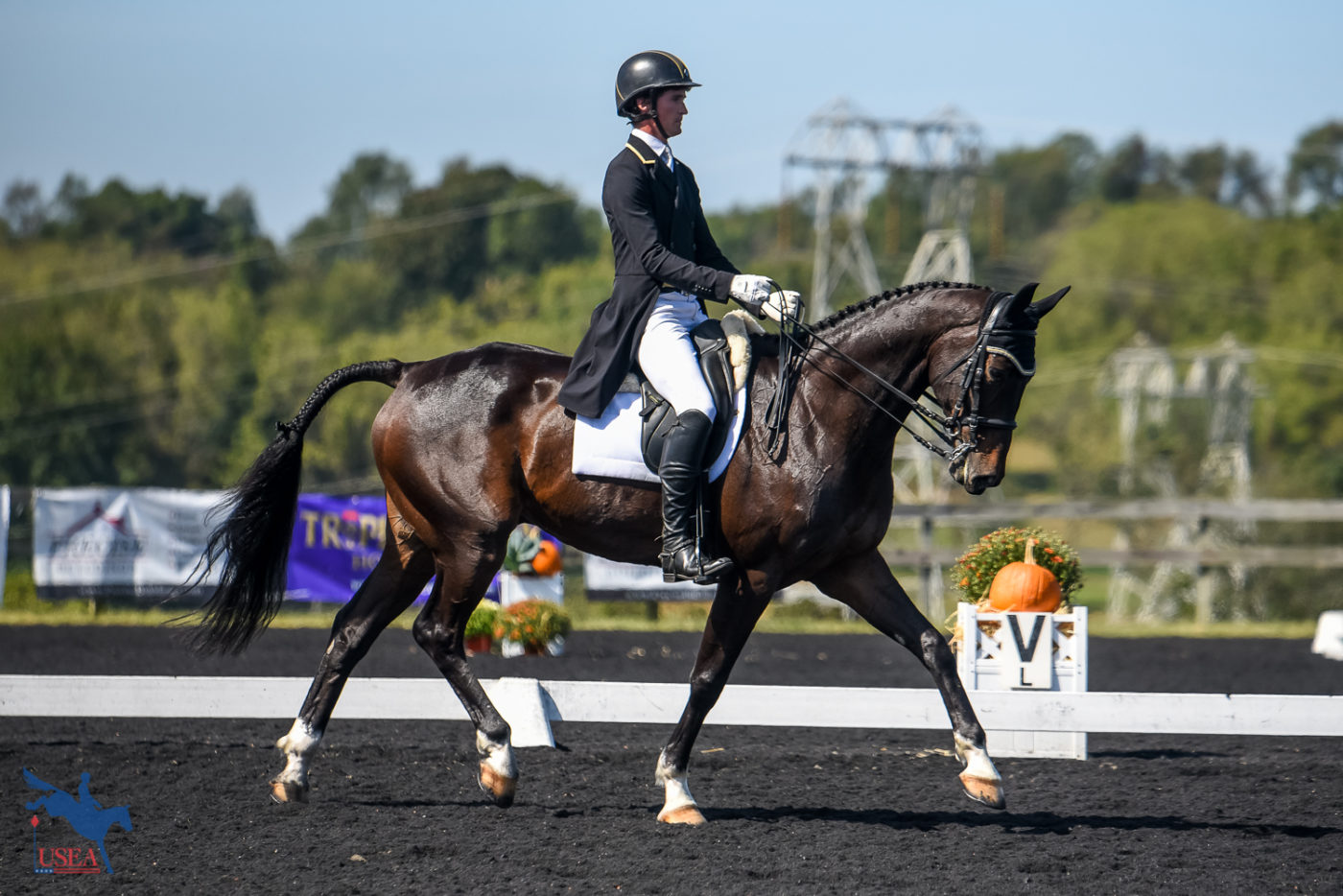