Canada Canters into the Lead in the CICOY2* at NAJYRC

There are five teams competing for a chance to be named as the top Young Riders in North America, and it is Team Canada who has claimed the early lead in the Adequan/FEI North American Junior & Young Rider Championships CICOY2*. With a combined score of 158.4 they have a 3.6 lead over the hometown team of Area VII. The combined team of Area I/IV is on a 173.6 for third.

Emily Thompson and Paddington are leading the Canadians with a score of 49.4 for individual fourth place. The 12-year-old Thoroughbred/Connemara gelding (Yavari x Glen Abbey) is owned by Lisa Thompson. “I thought it was really exciting coming to this type of venue,” said Thompson of her trip to Rebecca Farm. “My horse Paddy is quite lazy so it was nice going early in the cool weather. He stayed forward but relaxed and steady, and he was really good. I am very happy with him today.”

Team Canada members, April Simmonds and Impressively Done are the only returning members from last year’s CICOY2* Canadian team, who also led after the first day and ultimately went home with the silver medal. “Preston was really awesome today,” Simmonds said of the 12-year-old Thoroughbred gelding (Eulogize x Sportin Fashion). “He knew exactly where to go in the test and all his movements were very accurate. He got a little tense once we cantered, which was unfortunate, but I’m super pleased with him overall.”

“Young Riders is really cool because we’ve all been growing up together and competing with eachother, but you also get to meet new people here,” said Niemuller. “It shows you a taste of what it’s like to ride on teams and opens the door to big national teams like the Pan Ams and the Olympics. It shows you this is what you want to do, and gives you that experience.”

“It was my goal to break into the 30s and I’m really happy that we did,” said Dorr. He [Louis M] got a little tense in his trot work, but his canter work was really pleasant, nice, and fun, so I’m pleased with him.”

Cornelia Dorr and Louis M lead the dressage on an individual score of 37.0. USEA/Leslie Mintz Photo.

Dorr and her family imported Louis M from Germany about a year ago when he was 11-years-old. “Louis M is 12 this year, and he’s done a bunch of CIC3* competitions, so now he’s helping me learn how to be very correct and get better as a rider,” explained Dorr. “My other horse [Sir Patico MH] I’ve had since he was 5-years-old and I was 14, so we were green together. He’s been one of the most consistent things in my life – I moved around a lot and went to boarding school, so he is a huge part of my life, and it’s really cool and special to be here with him.”

For all NAJYRC scores, go here. 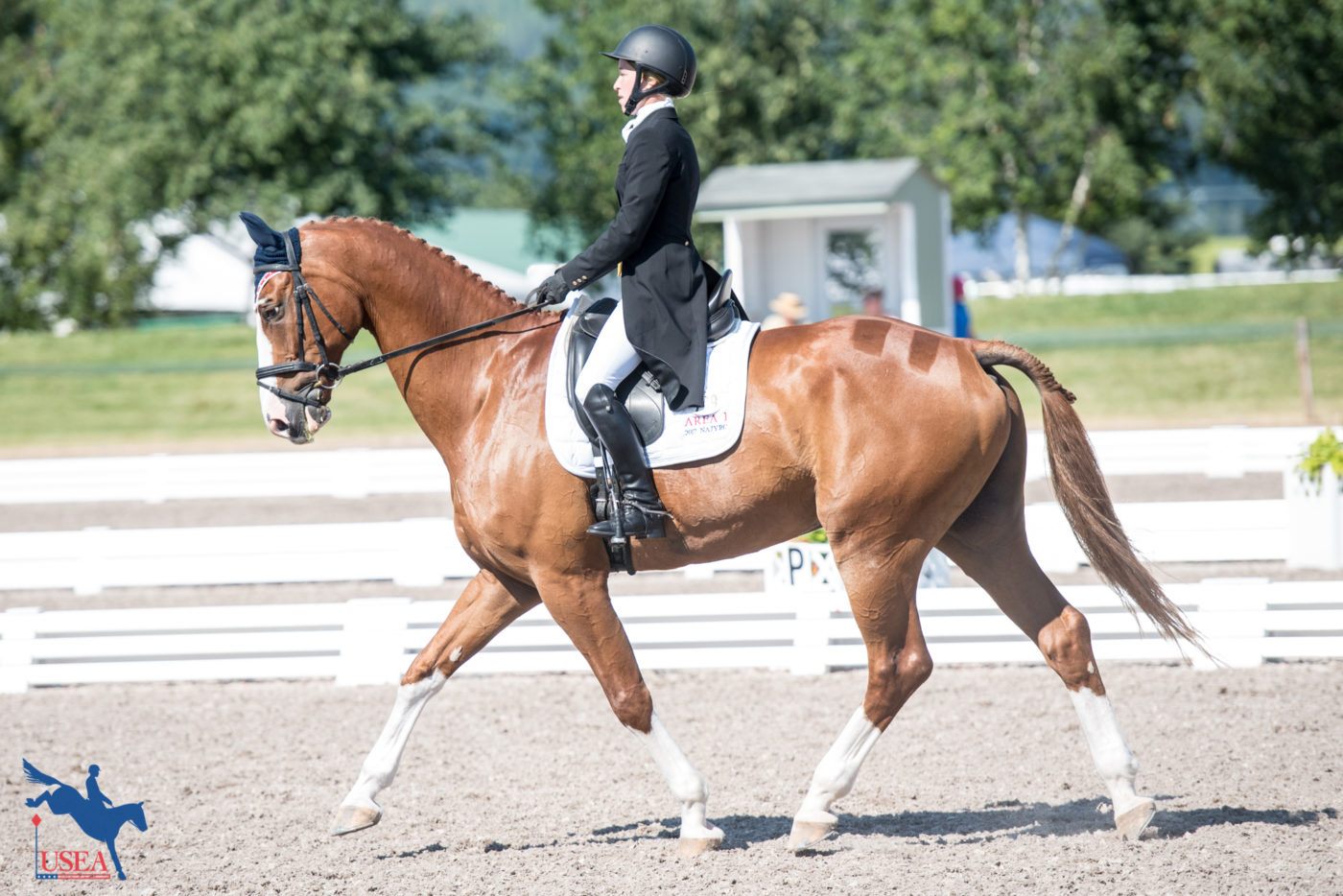 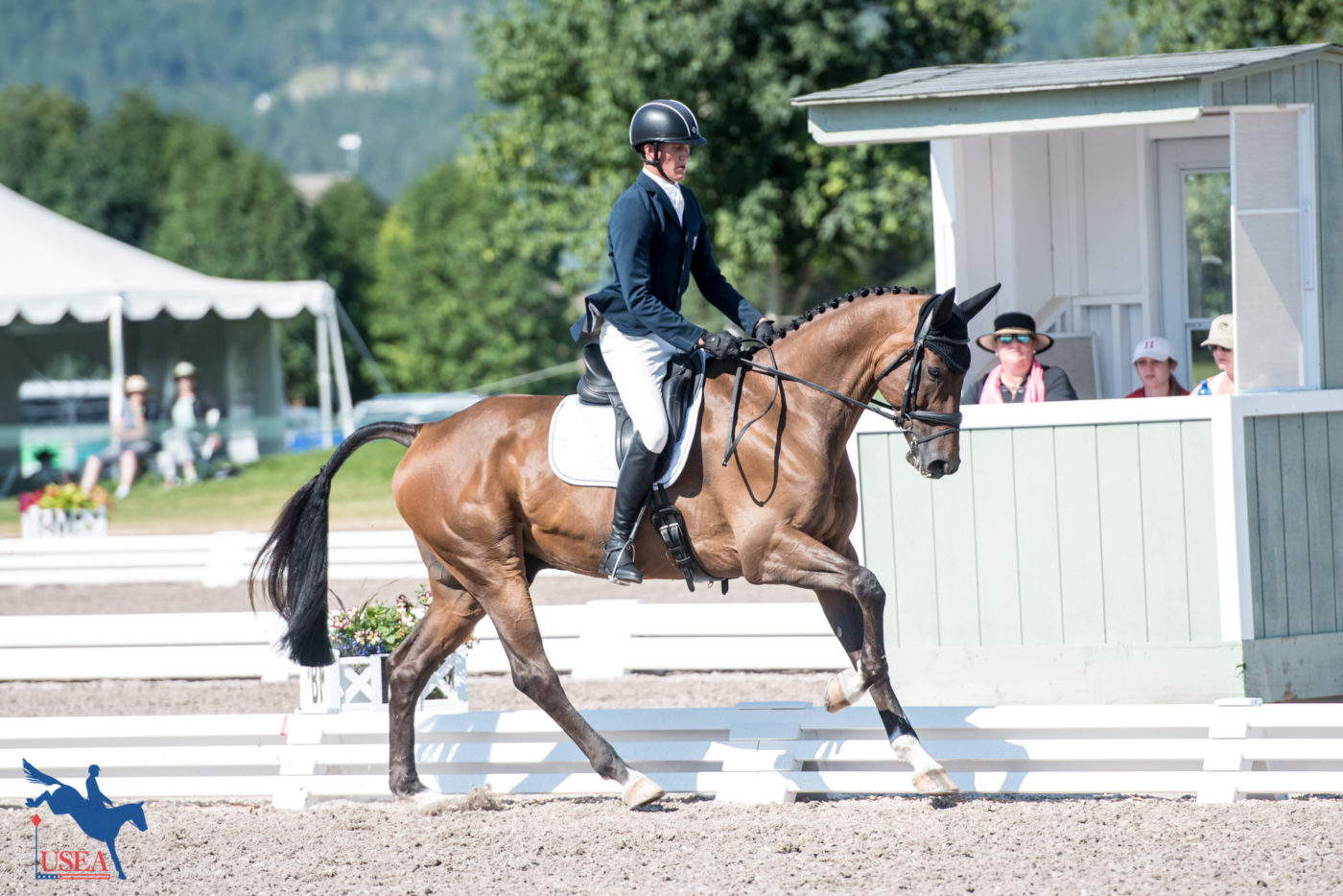 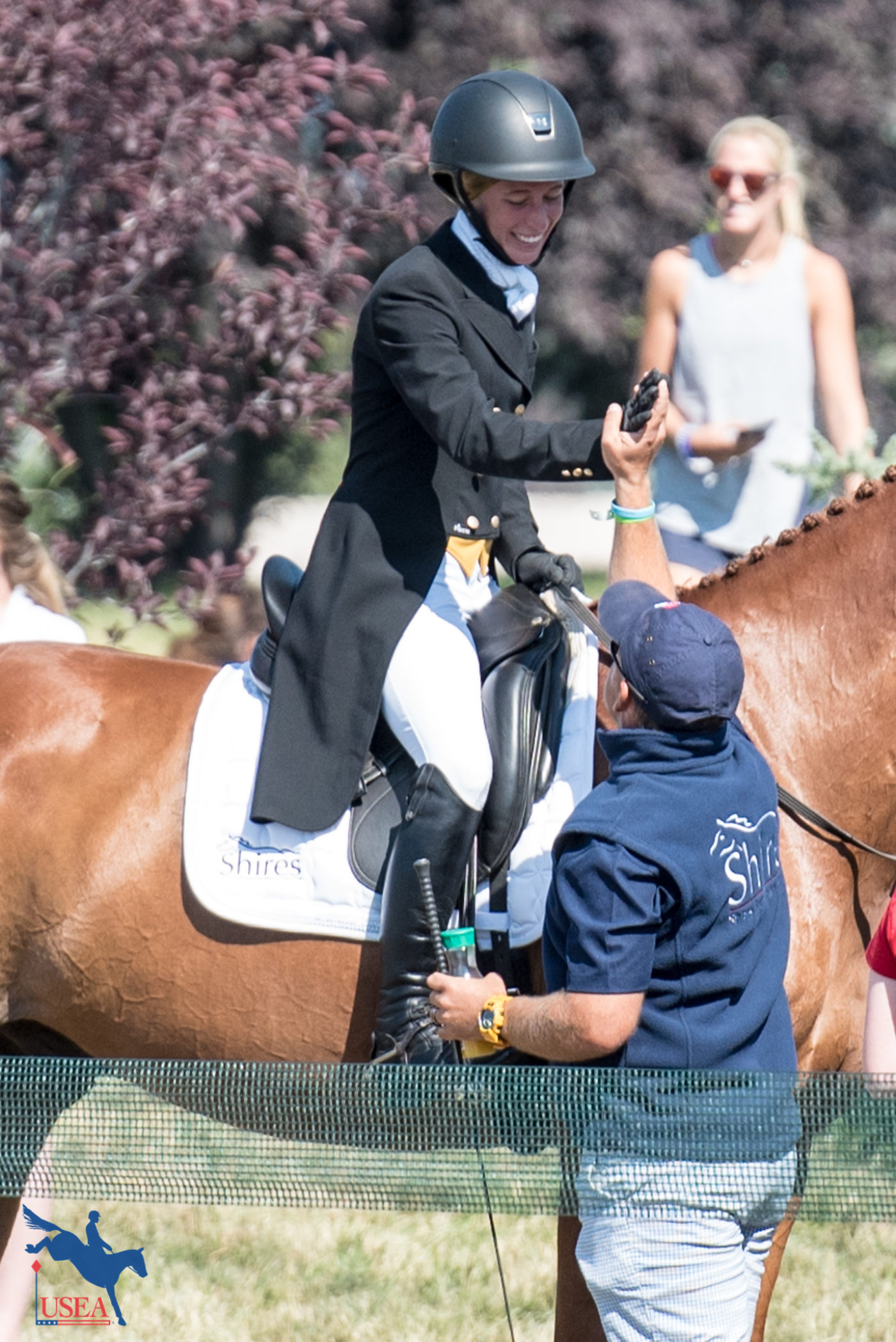 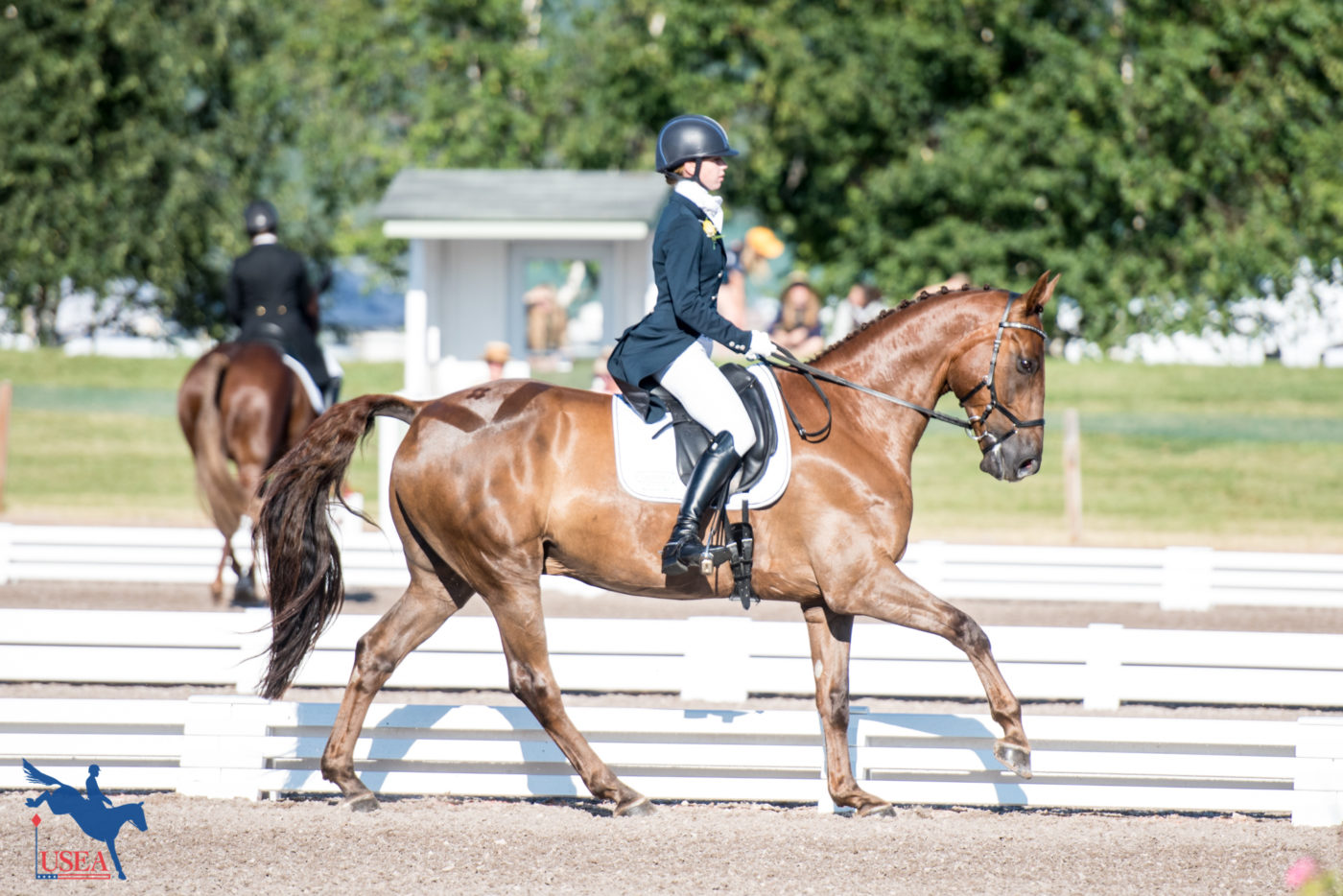 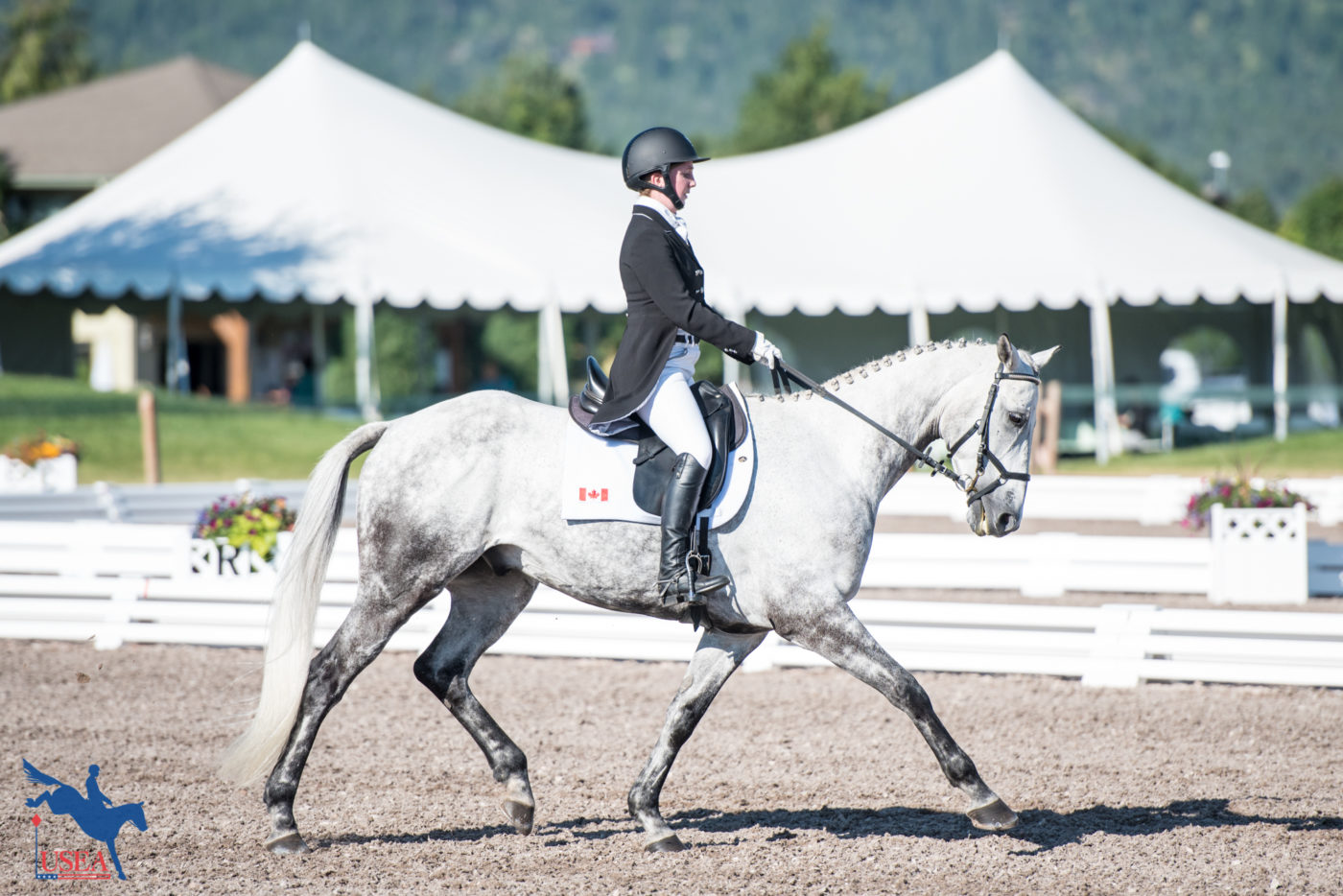 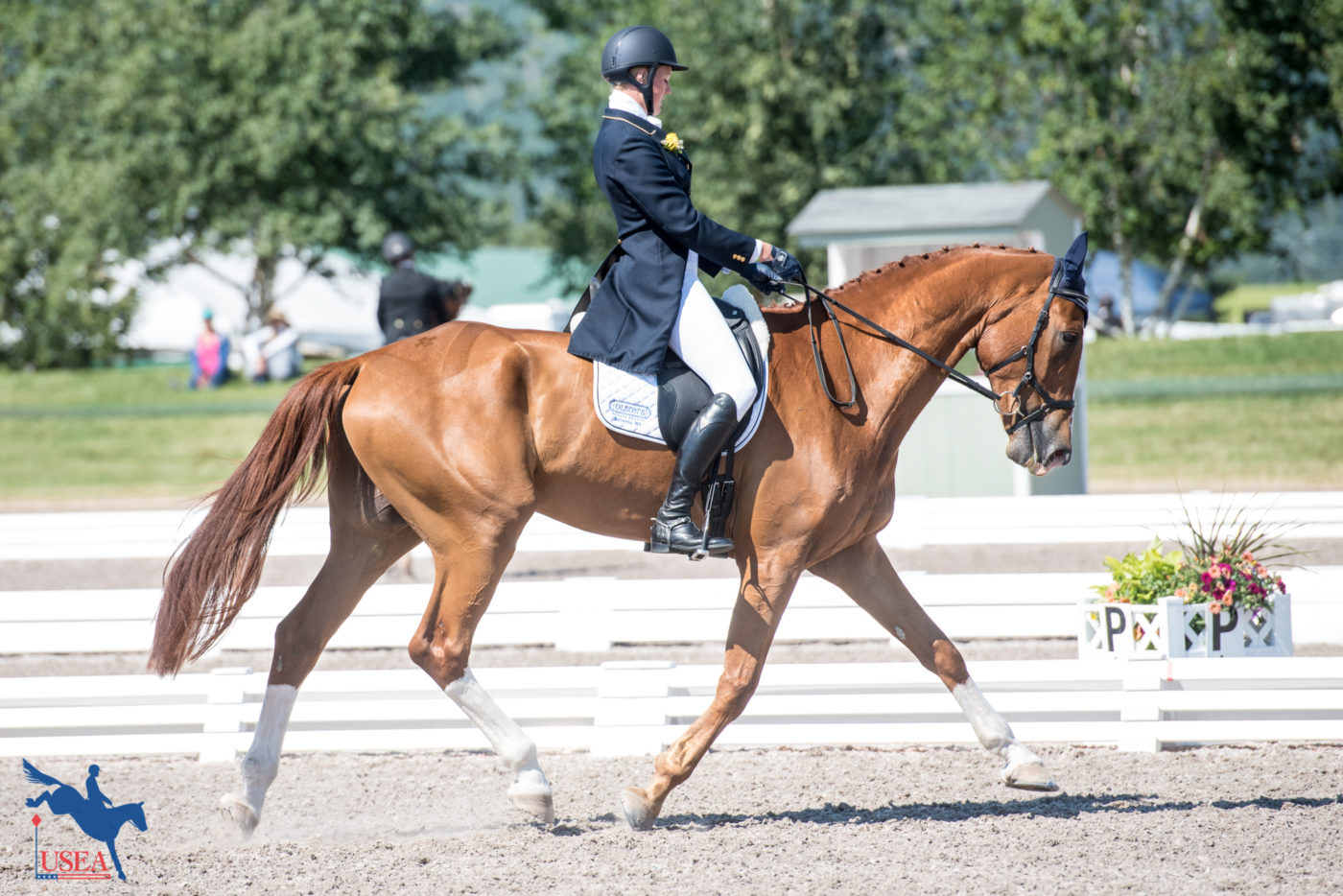 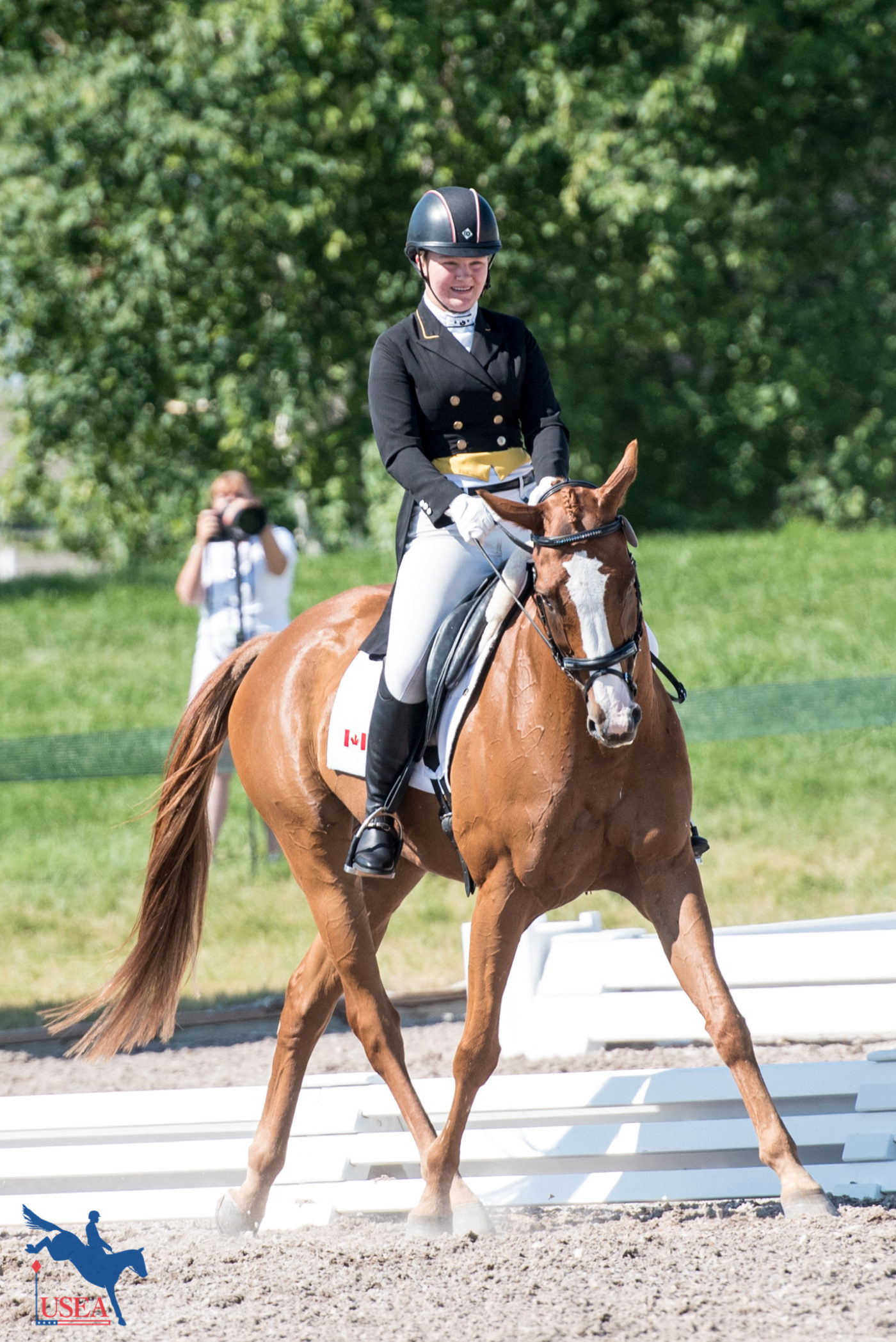 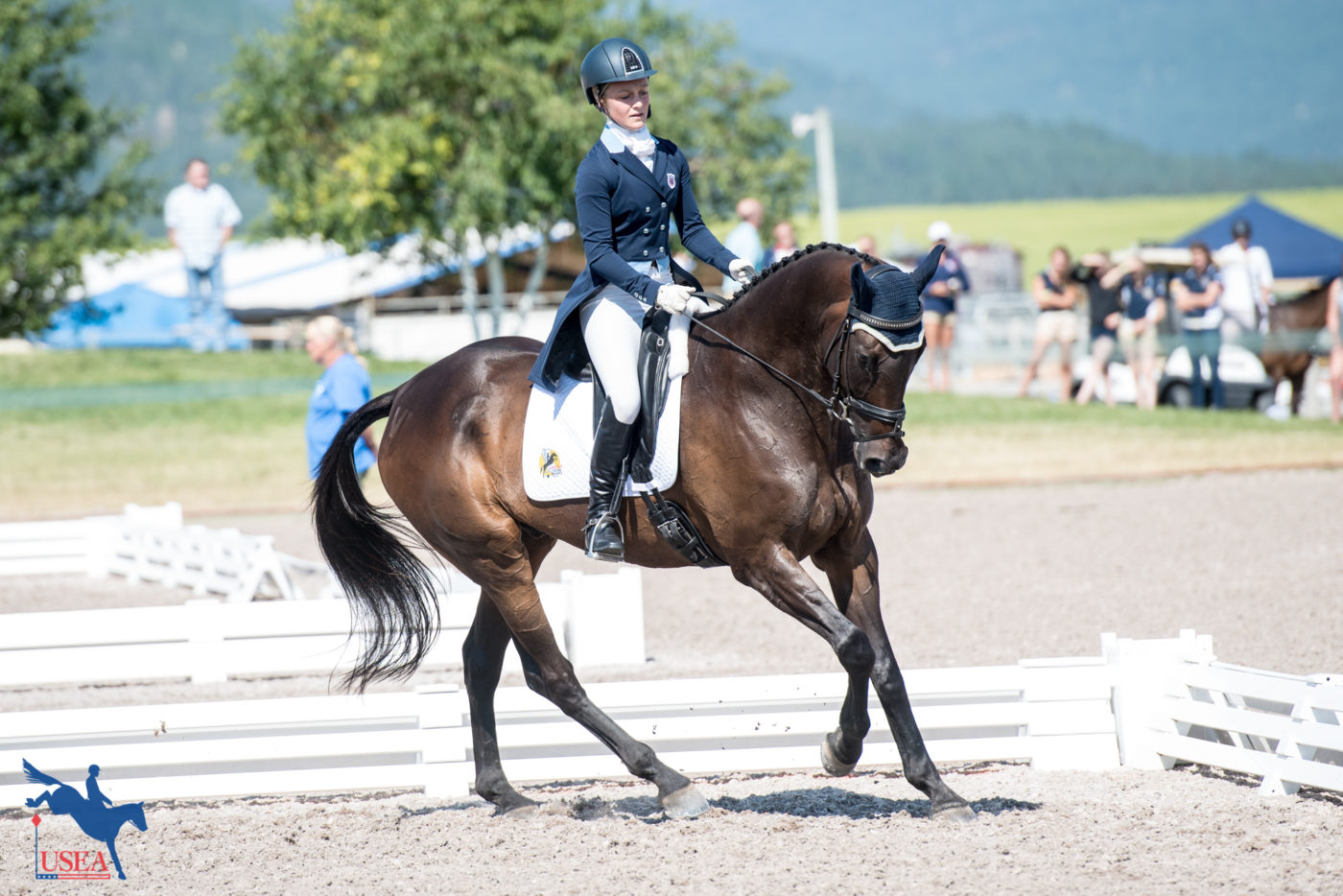