Boyd Martin claimed the CCI4*-L victory at the Jersey Fresh International Three-Day Event riding Luke 140, owned by The Luke 140 Syndicate. California rider Tamra Smith held the lead and second place with Danito and En Vogue, respectively, with the two swapping placings after cross-country and Martin and Luke 140 maintaining third place through both phases. But two rails down for Danito dropped him to fourth place, and En Vogue was relegated to third with three rails down, opening the door for Martin and Luke 140 to clinch the win.

There were eight clear rounds out of 41 horses that show jumped in this division, and only three of those finished in the time allowed.

Smith said that the show jumping course was a big track and that Ruth Bley's 16-year-old Hanoverian mare (Earl x Laurena) En Vogue is not the scopiest mare. “She did try her guts out. I was saying that when you’re on ground like Kentucky, they can really trust that the ground feels good when they’re landing, but they’re on this [footing], and it’s a little stingy after they’ve run 10 minutes [the day before]. At least both of them are so good on the flat that they still ended up third and fourth. Five years ago, I would have been doing backflips to have two in the top five at a four-long! My expectations have just risen a little bit, but they both jumped great.”

Luke 140 won the CCI4*-L at Galway Downs in California last October, which qualified him for a five-star. Martin said that the 10-year-old Holsteiner gelding (Landos x Omega VI) is probably ready to do his first five-star soon, though he thought that Kentucky would have been pushing him too fast this spring.

“His character is so willing, and he's such a trier, and I don’t want to abuse his good nature by making him do something that he doesn’t quite understand yet. So keeping him at this four-star level for six more months, I think, just created more confidence. And this year, this level has felt pretty easy for him. I think if I went to Kentucky CCI5*, it would have been all or nothing - a tough course at Kentucky, and I could have lied to him a bit and given him a fright.”

Luke made today’s course look easy, finishing on 32.4, and Martin said, “My job is to keep him relaxed, and he pretty much jumps clean every time. He’s an awesome horse to have after a grueling cross-country, especially when the show jumping course was tough. I was still nervous, but I think I was on the best jumping horse here. It was big and technical, and the ground’s a bit shifty, and the time was tight, so you had to sort of zip around a bit. I think if the time had been five seconds slower, there would have been a lot more clears because you could take a bit more time setting up for the fences.”

Martin conceded that he could have gone a little faster on cross-country yesterday, but acknowledged that the horse is still young and has a bright future ahead of him, so he didn’t want to push too hard and shake his confidence. “I think it’s good not to go to the well and exhaust them,” he said. “I don’t think the run took too much out of him, and he’s just pranced out of his stall this morning like he hadn’t done anything.”

Alyssa Phillips and Oskar, the 11-year-old Holsteiner gelding (Coriando x Nicole) owned by the rider and Julie Phillips, who won the inaugural CCI4*-S in Kentucky two weeks ago, had one rail down today but moved up to second place with a one-point lead (38.5) over Smith and En Vogue (39.5).

It was Phillips’ and her horse’s first CCI4*-L, and she said, “He’s pretty good no matter what the circumstances are, I have to ride him well, and he actually show jumps better after cross-country because he’s more rideable. He doesn’t give anything too much room, but he’s smart. He knows where he’s at. And it actually helped because sometimes, when he’s a bit strong, like if we jump before cross-country, then I’m taking time in the corners to set up, but this course, you just had to keep coming, and it worked out for him.”

Smith may have conceded the top placings in the CCI4*-L, but she and David and Julie Guariglia’s 10-year-old mare (Casparo x Solaguayre Calandria) Solaguayre California easily won the CCI3*-L with a foot-perfect show jumping round. The beautiful Argentinean-bred mare has a background in show jumping, and it showed in her impeccable style over the technical course.

Guariglia explained that she took a trip to Argentina in 2016 to buy a horse for herself but later ended up getting married and having a baby. She and her parents later purchased “California,” who she had noticed on that trip, as a horse for a professional to ride. “It was a little bit of serendipity when she came up for sale. My old trainer and friends were taking a trip; I own her with my parents, and we’re impulse people! We thought she was such a special horse and all the pieces fell together at the same time.”

Guariglia previously trained with David Adamo, and he worked with the mare initially. “David left the barn that my in-laws own, and I had a baby, so it was a period of change, and I had always admired Tamie,” she said.

Guariglia works for The Clinton Foundation and said, “I’ve also spent a lot of my career supporting and really working towards women’s issues, so in the back of my mind, I always thought that it would be nice to find a female rider. Again, it seemed like the right time, and everything just fell into place. As a woman and a mother, I’m really pleased to be supporting a female rider, especially in a sport where women and men compete equally. We’re very appreciative to David for finding her and producing her, but she’s truly Tamie’s horse.”

While Guariglia lives in California, her parents live in New Jersey, and she also enjoyed a visit with her family during the event. It was her parents’ first time at an eventing competition, and they were thrilled to celebrate Mother’s Day with their daughter and granddaughter Carolina and cap it off with a victory in the world-class competition.

Smith said, “I’m very fortunate to have the supporters I have. If anyone has followed my career, they’ve known the horses I’ve ridden in the past, kind of the ones no one else could or would ride, so it’s a good feeling to have all of your hard work pay off by keeping your nose to the grindstone and never giving up.”

Talking about the mare’s personality, Smith said that she can be a little spicy, once bucking her off three times in one week. “She’s Argentinean, and sometimes I jokingly call her Pablo Escobar because she’s a full-on gangster! She’s just a cheeky thing. But when it counts, she always goes in the ring and goes back to work. We have a partnership, and I felt this weekend in all three phases. I think that takes time, especially with a mare. The slow way is always the fast way, and I learned that the hard way.” 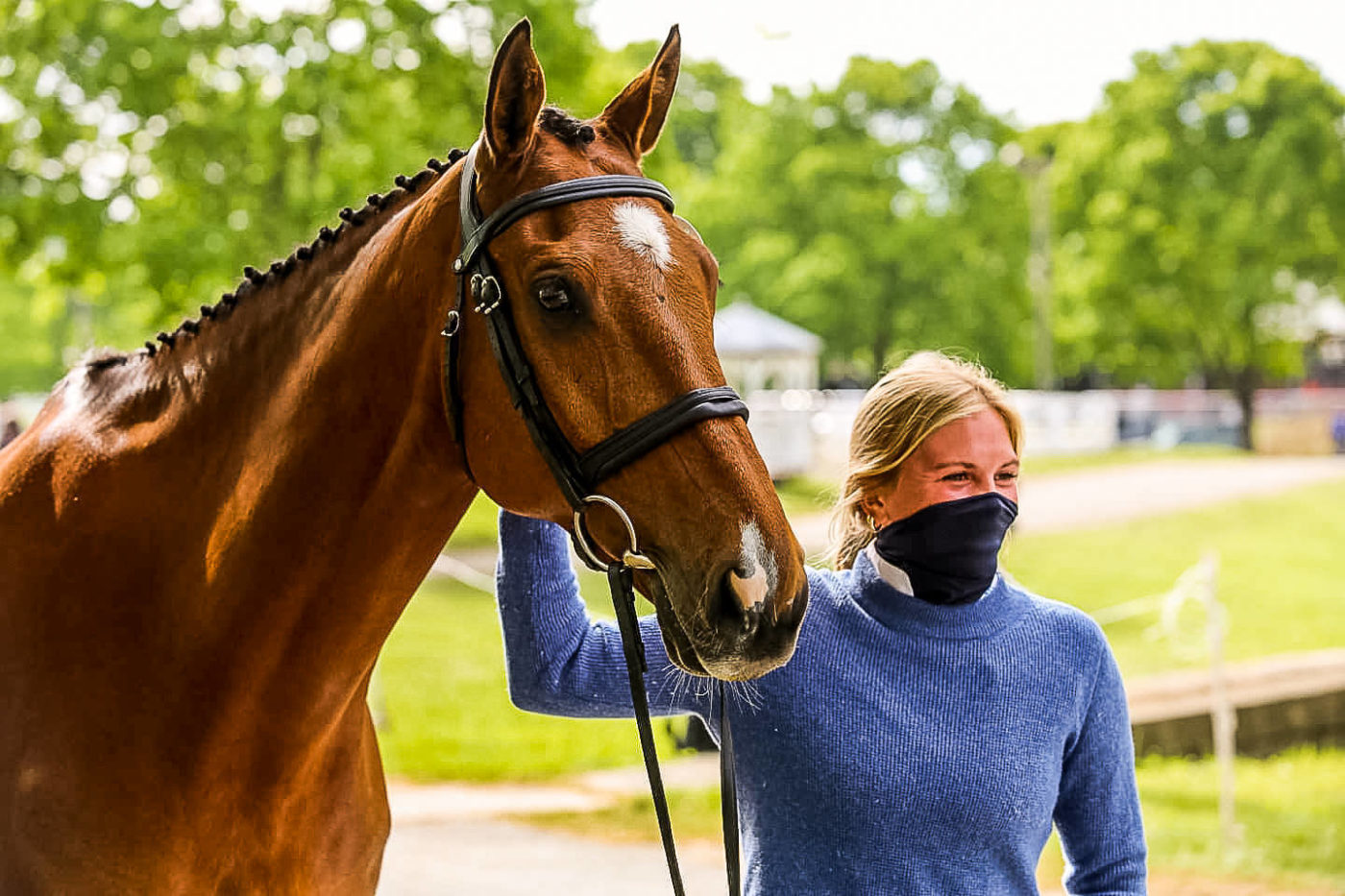 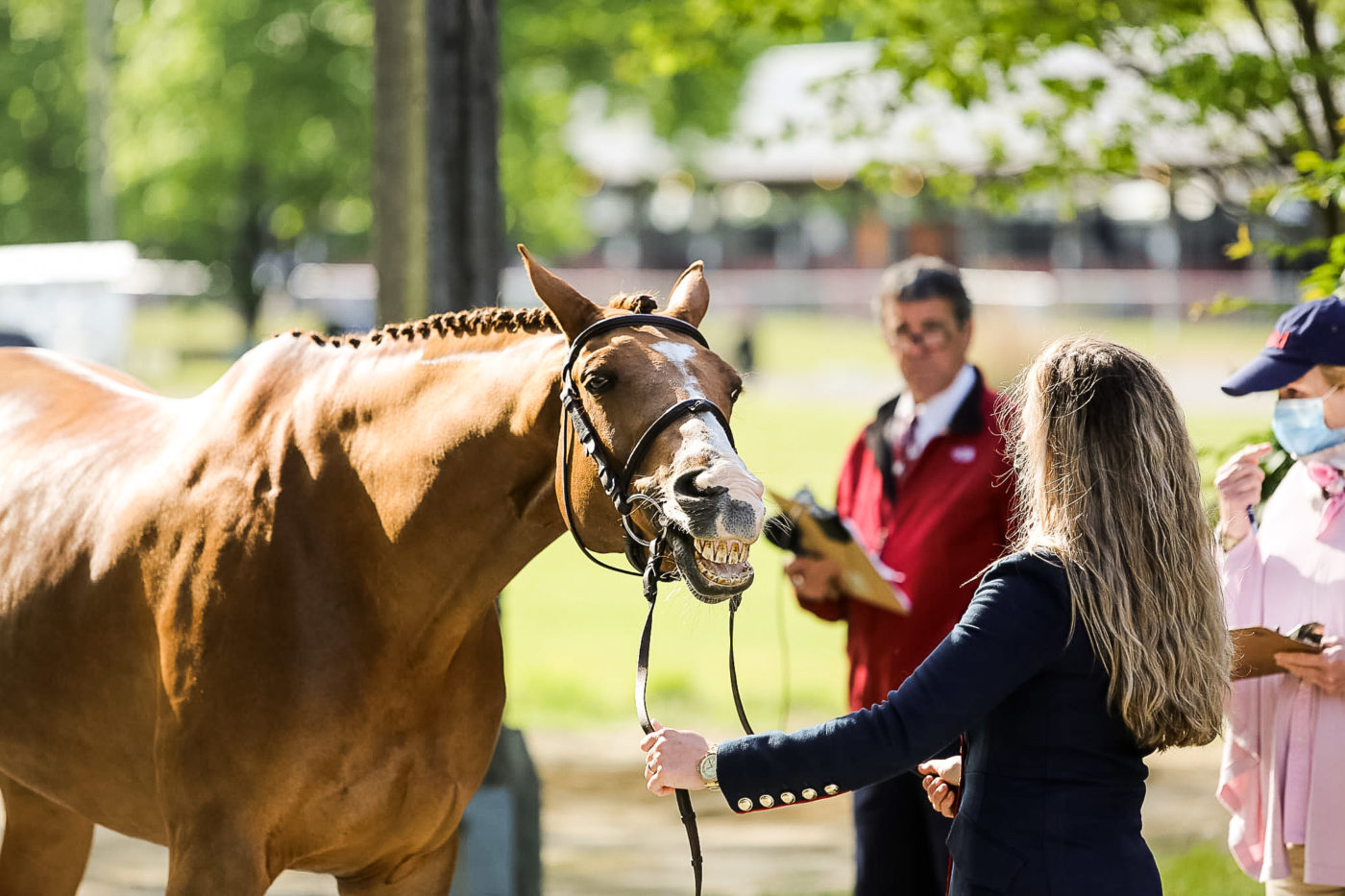 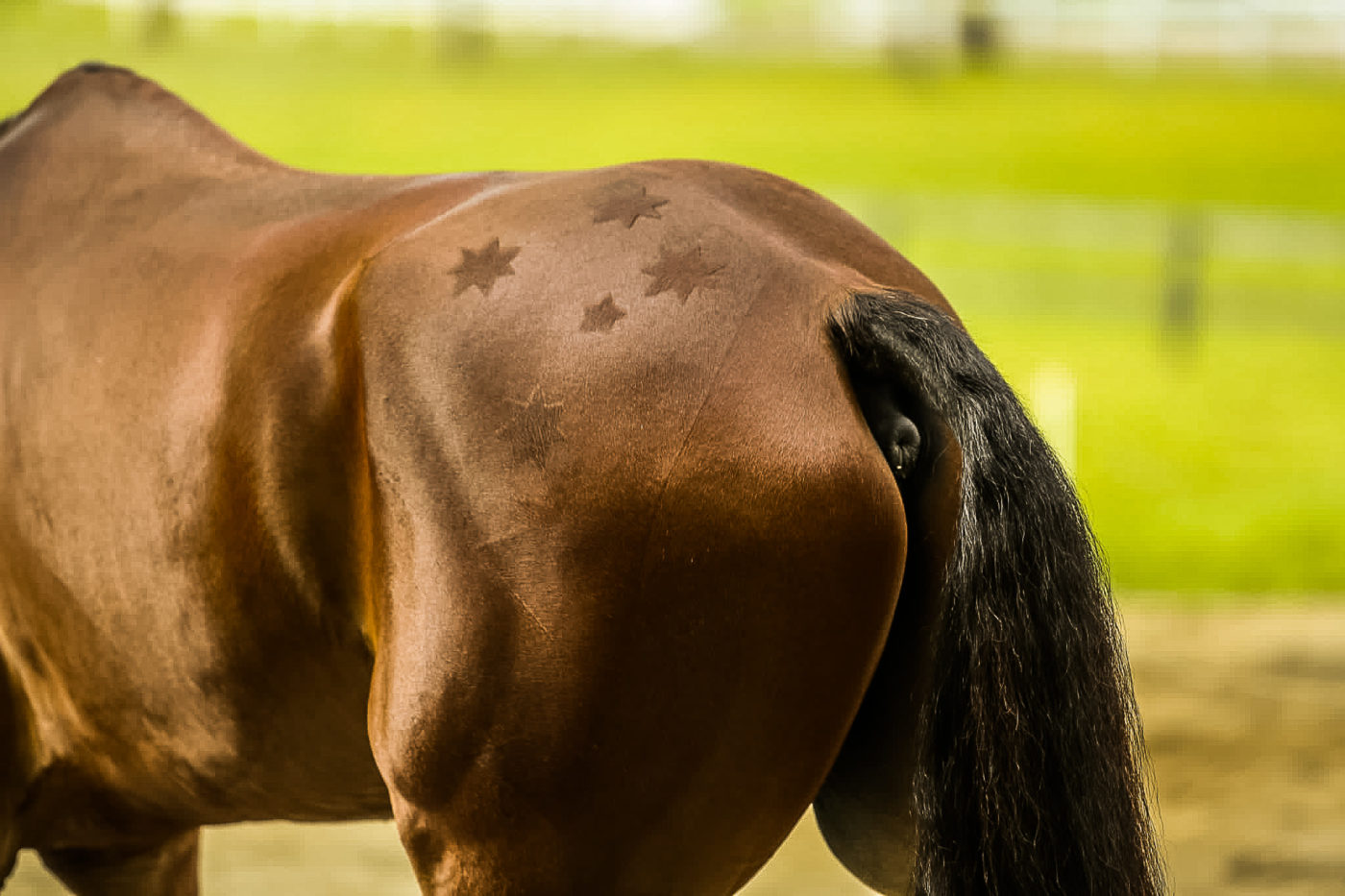 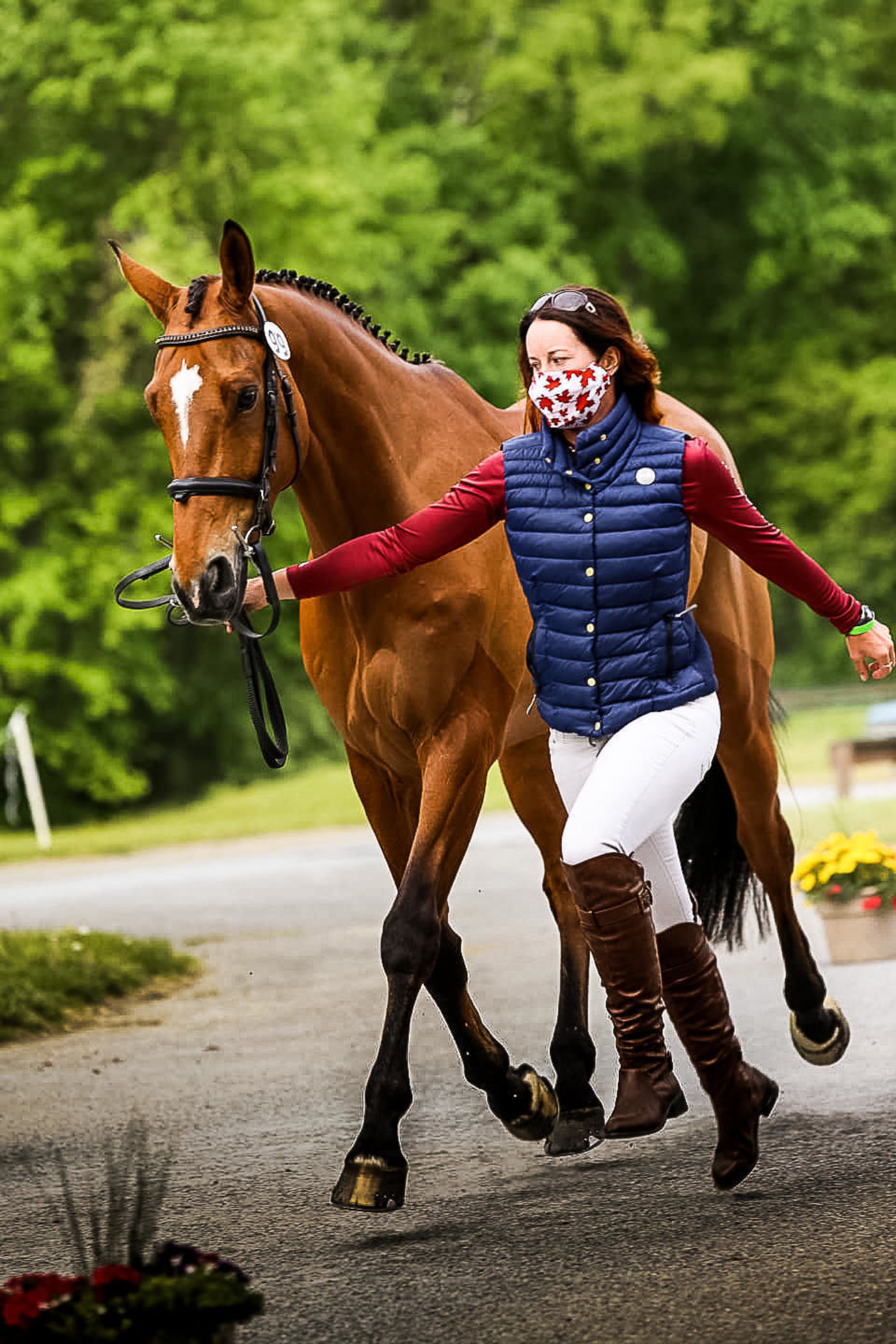 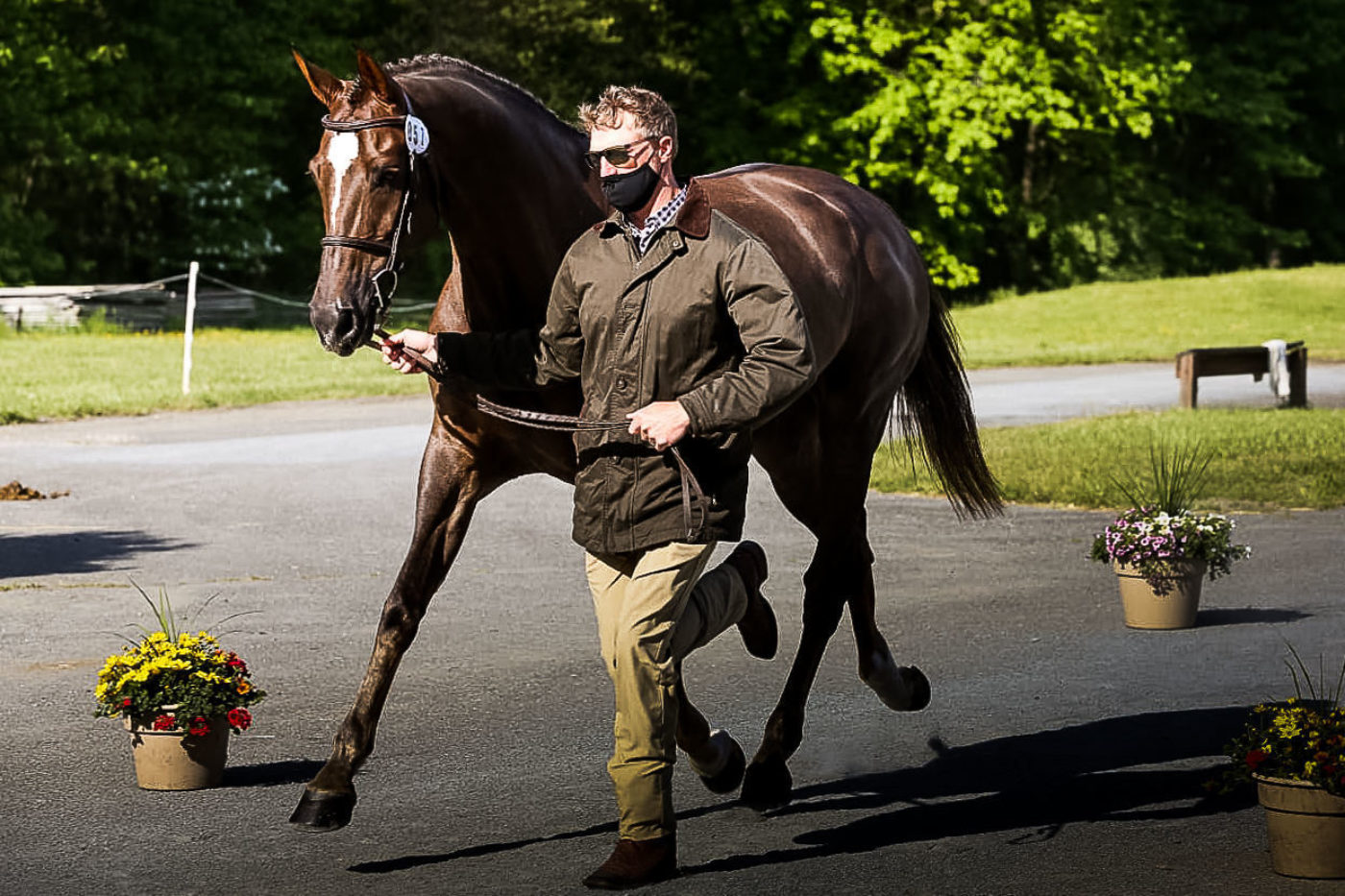 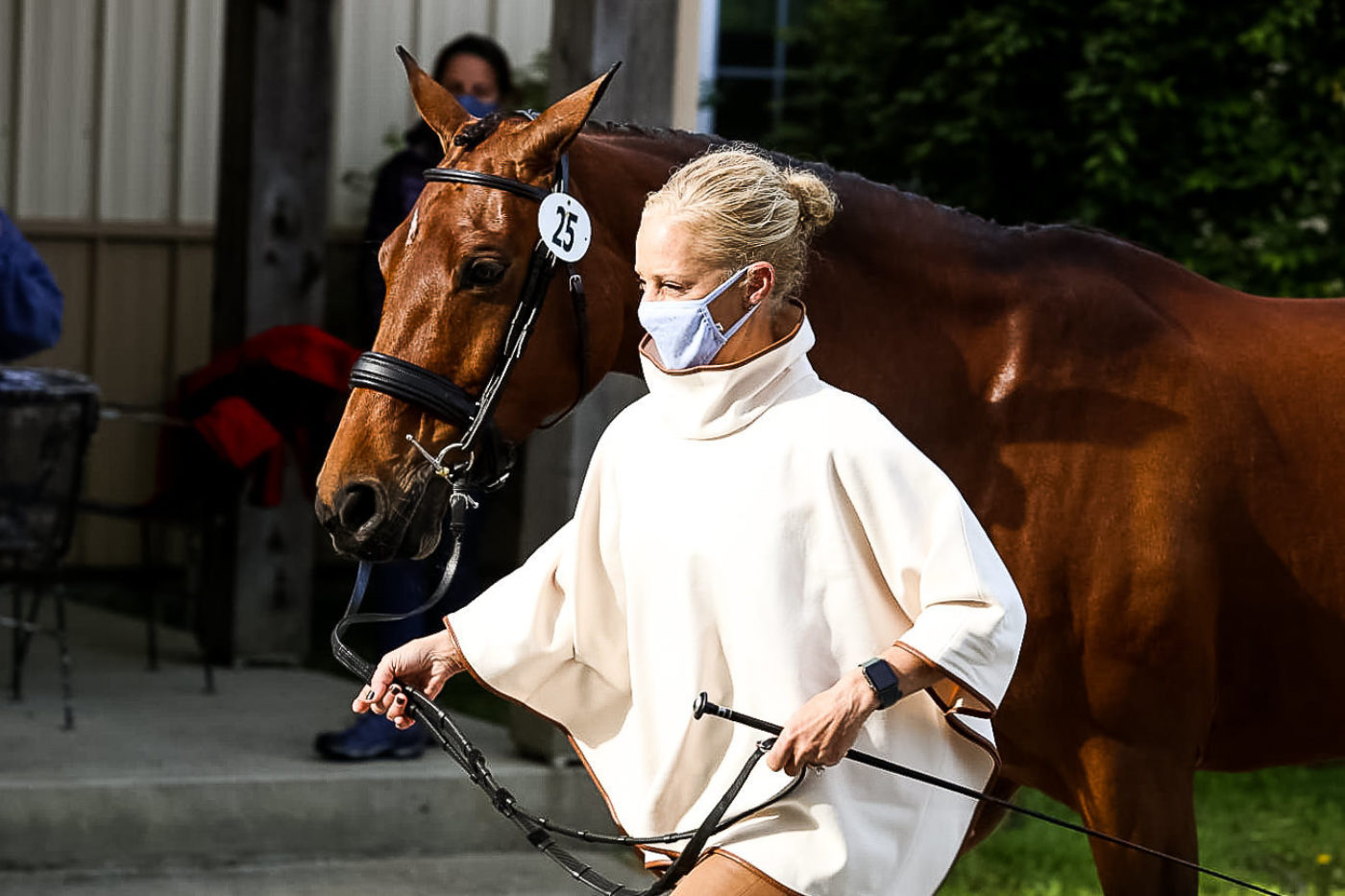 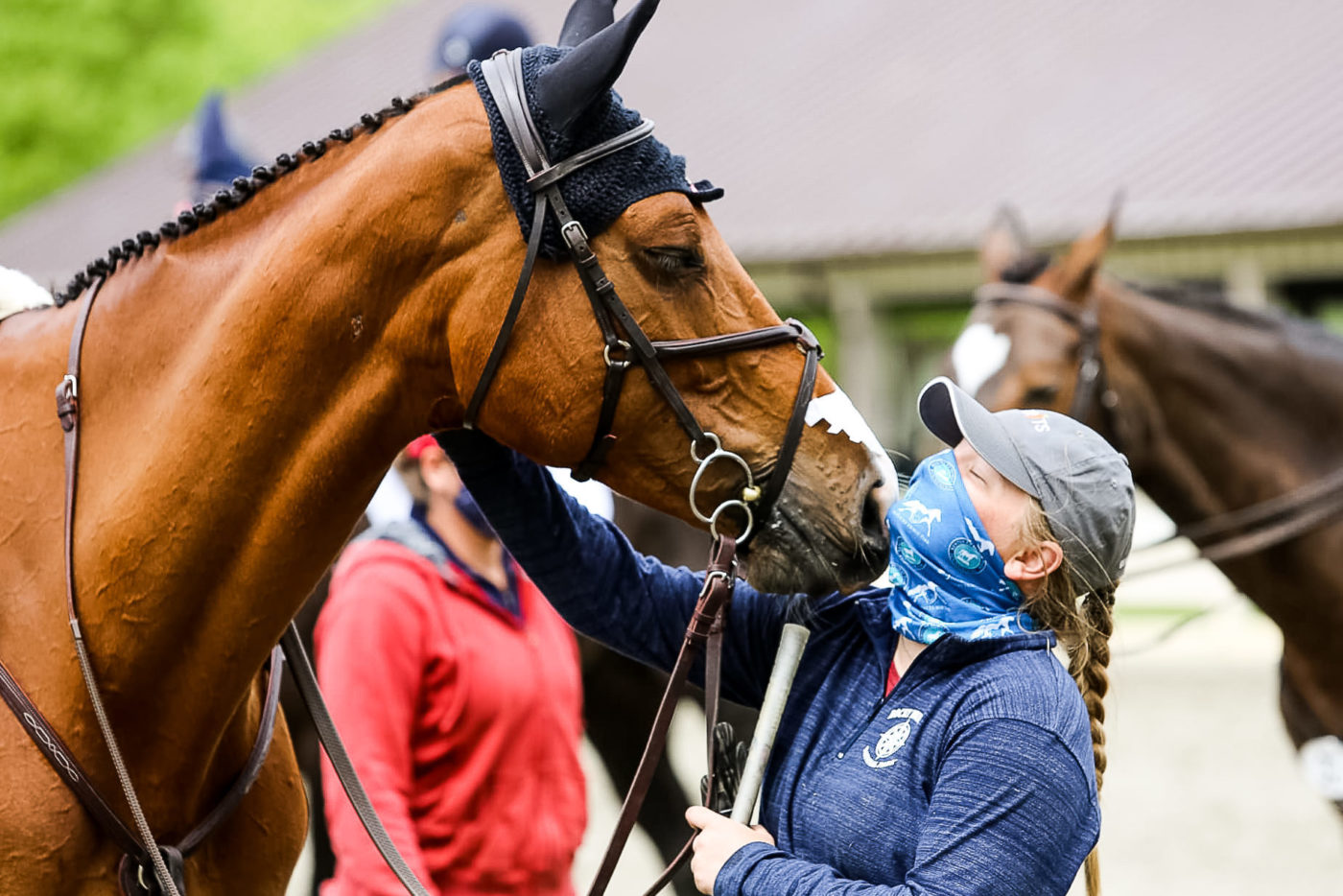 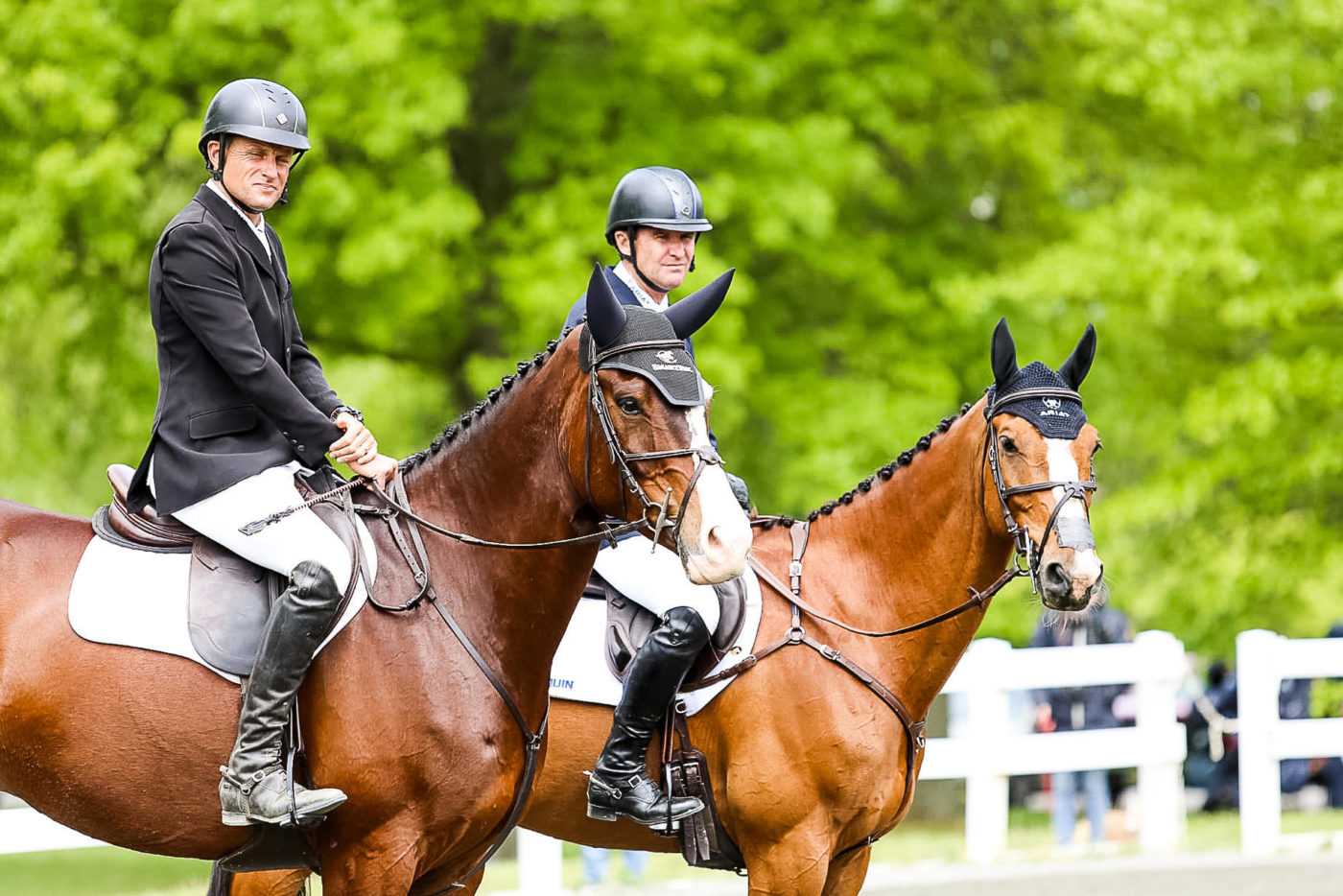 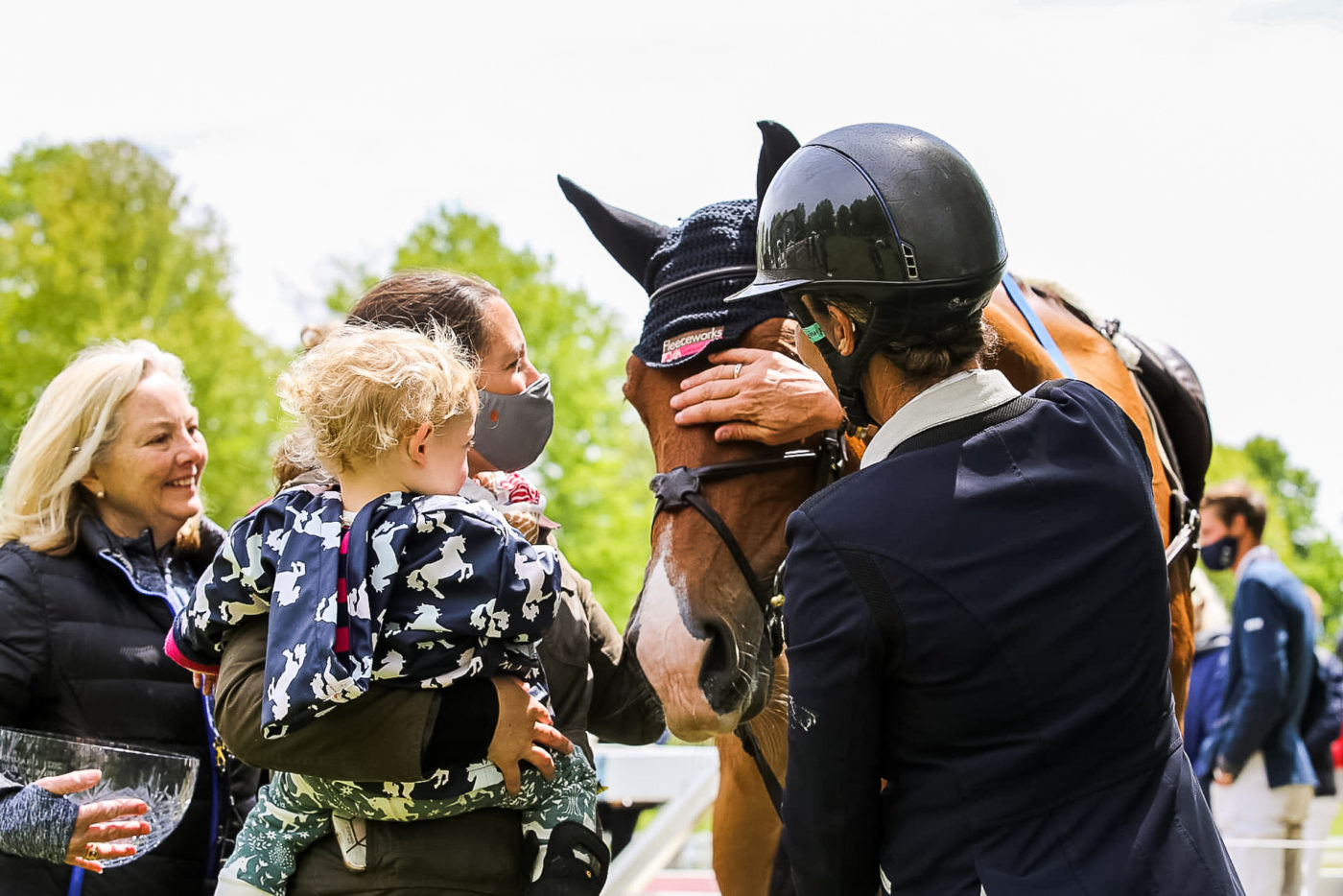 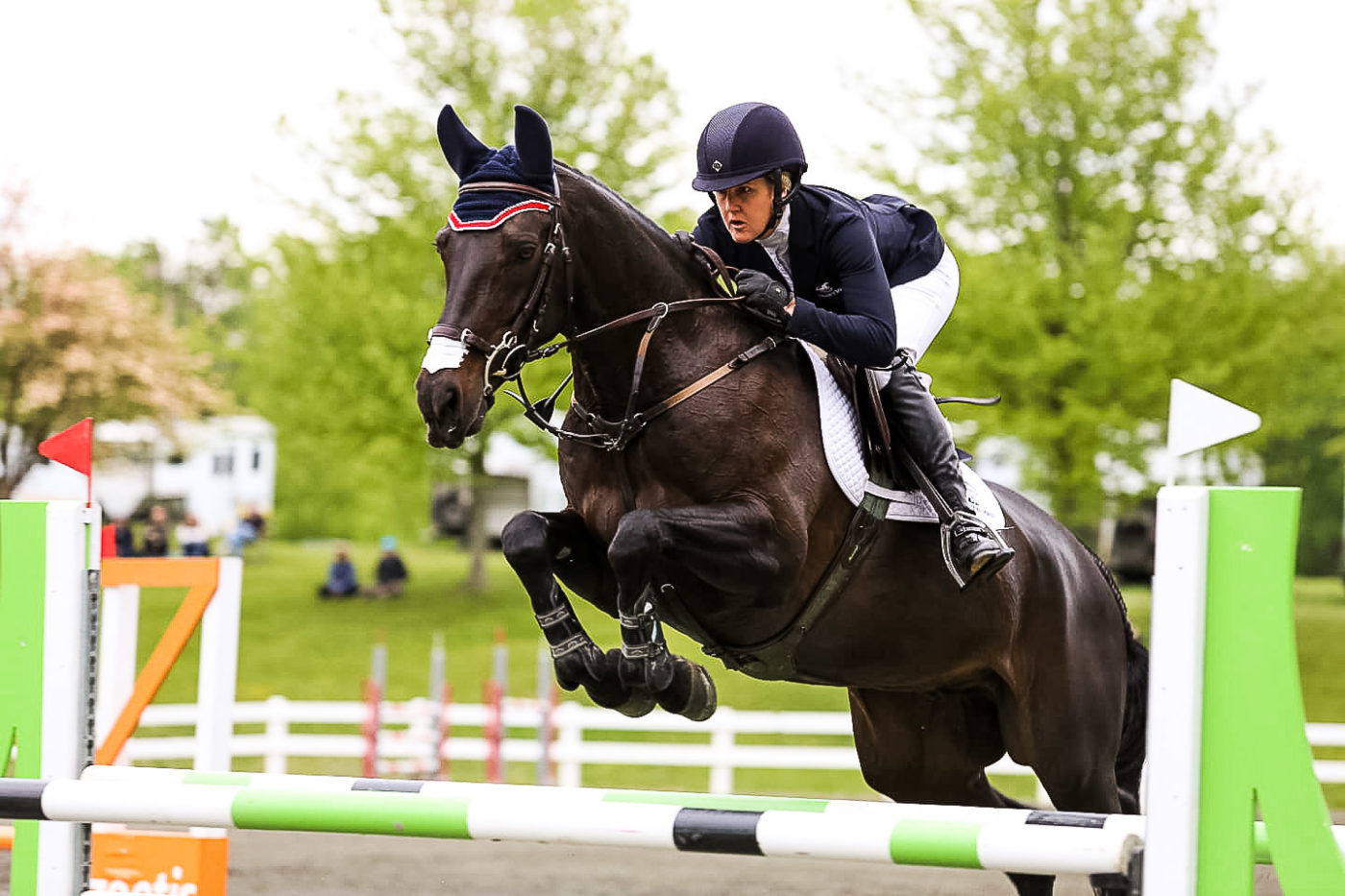 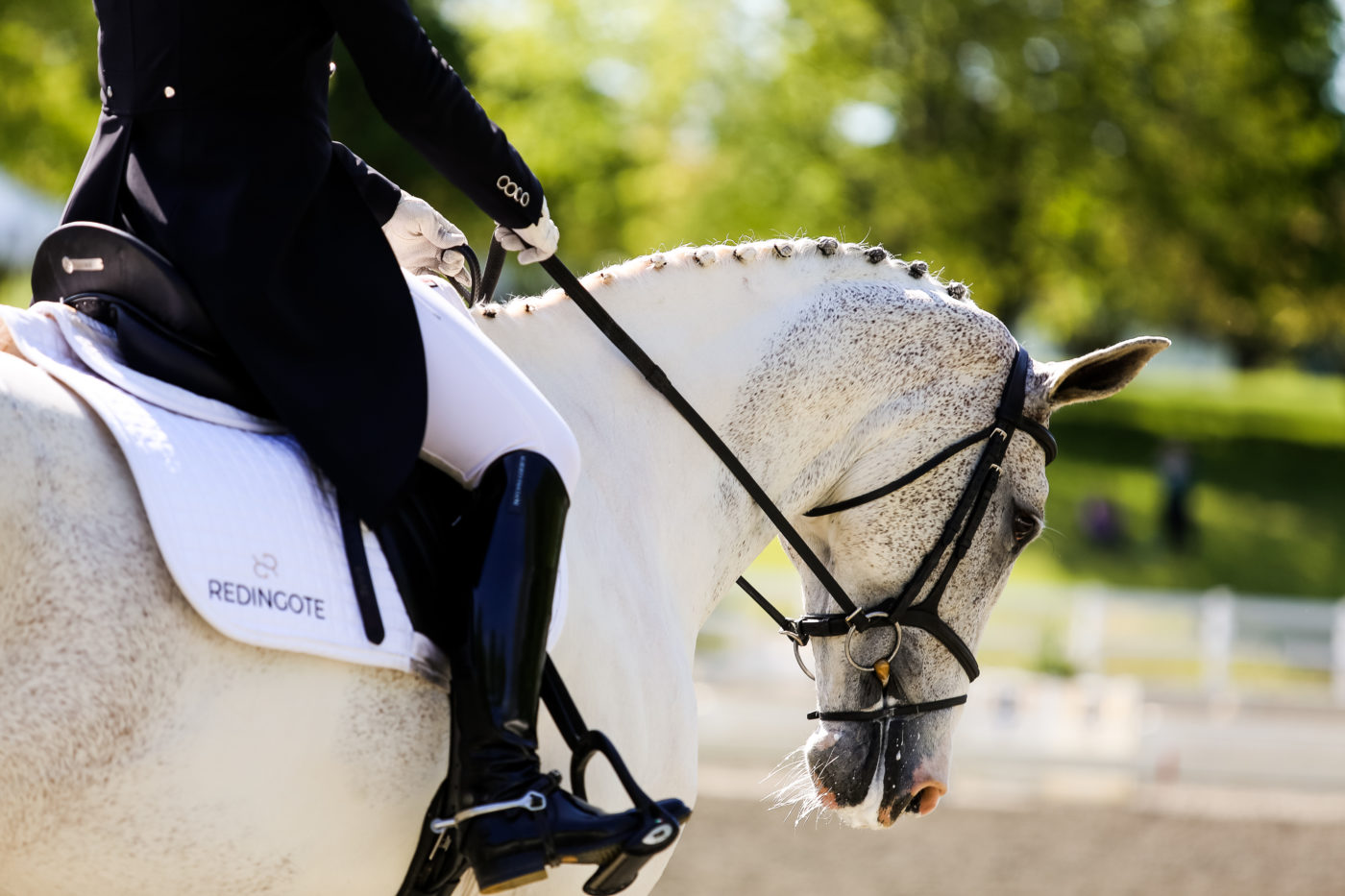 USEA President Max Corcoran Appointed USEF Eventing Elite Program and Team Facilitator Steve and Vicki Sukup Prove that You Always Win When You Bet on the Rider Ben Noonan: Learning To Steer Through the Eventing School of Life Beware of Phishing Attempts and Other Types of Fraud Eventers Making Strides for Equality in Equestrian Sport AA Two Face: Arabian Race Horse and USEA YEH Competitor Now On Course: Alice Chan and Merriewold Quintessa Conquer a Lifetime of Firsts Together Refresh Your Understanding of the USEF COVID-19 Action Plan Focusing On Fun: How Grace Montgomery Made the Most of Recovering from Injury Angela Bowles Retires Novelle After 113 Horse Trials
Show More
Jul 02, 2022 Area Championships