The United States Eventing Association (USEA) Young Event Horse (YEH) Championships bring together the best and brightest young talent to show off their skills on the flat and over fences. Today, 16 4-year-olds and 40 5-year-olds performed their dressage tests in front of judges Sally Ike (USA) and Lucinda Green (GBR) and were judged on their conformation by Chris Ryan (IRL) in the USEA YEH East Coast Championships at Fair Hill International in Elkton, Maryland.

The YEH Championship scores are out of 100, broken up into the following percentages: 20 percent dressage; 10 percent conformation; 60 percent jumping; and 10 percent general impressions. Therefore, the best possible score following the dressage and conformation phases completed today is a 30. The remaining 70 percent will be judged tomorrow during the jumping test.

Quality Obsession, a Dutch Warmblood mare by Zambesi, is leading the 5-year-old Championship with owner/rider Tim Bourke in the irons after the dressage and conformation phases on a combined score of 24.19. Quality Obsession also claimed the highest conformation score of the weekend, an 8.95.

Despite the creatively shaped canter circles that resulted from Quality Obsession’s desire to gallop sideways across the arena, Bourke explained that he was focused on displaying the mare’s potential as a four-star horse. “She’s a big moving horse. The goals of this competition are to show off [the horse’s gaits], so it doesn’t matter if you’re not all that accurate in the test as long as you show off a horse for the future that has good movement. That’s what we went for. She’s probably one of the best horses I’ve had.”

Bourke sourced “Petal” from Jonathan Reape in Ireland last year and explained that he’s been careful to take his time producing her because of his belief in her talent for the future. “She’s a pretty special horse. She’s really brave, a good jumper, and I’ve taken my time with her more than any horse I’ve ever had . . . She was always one that was going to take a bit of time just because of how talented she is.”

Hot on Quality Obsession’s heels is MB MaiStein, the MB Group LLC’s Oldenburg gelding by Rocky Lee, ridden by Tamra Smith to a score of 23.96. MB MaiStein’s dressage phase score was 16.46, the best dressage score of the day.

Smith sourced MB MaiStein from Kai-Steffen Meier as a 3-year-old and has been producing him for the last two years. “He’s actually been a slow horse to produce,” she said. “I usually ride smaller horses and I liked him because he was small and then he grew. So, we didn’t do a ton with him as a 4-year-old. When I decided that I was going to come east, I thought it would be smart for me to bring him out here and just get a lot of cross-country exposure and it’s really served him well.”

“I almost don’t know what he’s going to do tomorrow,” admitted Smith. “He’s a little bit awkward in the jumping sometimes. He’s just so powerful behind, but he’s super brave and even when he’s not sure of something he’ll just power over it . . . he’s been really fun to produce and he’s just a really workmanlike horse.”

Cooper rode R River Star’s dam, R Star, up through the Intermediate level and has two of her offspring. “River” is by the sire Riverman and has grown up at Cooper’s C Square Farm and been produced by Cooper from the bottom up. “He is a Riverman, so he’s very talented and athletic and occasionally opinionated,” she said. “We started him and backed him and when I came upon challenging moments I called a good friend of mine and he helped me work through them and put a few more tools in my toolbox as a horseperson. The horse is going great and is a lovely character.”

“He’s a pretty brave horse,” Cooper described. “I think very highly of him over the jumps – he’s a good jumper. But you can never tell what the young horses are going to do. It’s a competition, and sometimes when you have young horses they have green moments. But he’s a special horse and really good jumper. I’m hoping he does what I think he’s going to do [tomorrow.]”

Like This (Do it x Ballerina II) and owner/rider Colleen Rutledge sit in second place heading into tomorrow’s jumping phase on a score of 23.56. Rutledge only acquired the Mecklenburg gelding at the end of August and was sourced from Global Event Horses in Ireland by John Michael Durr. “I got a phone call saying, ‘I need you to make a logical and adult decision,’ which is normally trouble,” Rutledge said with a laugh. “I bought him straight off of video having never sat on him.”

“We don’t know each other really well right now,” she continued, “so we’re still in this delightful negotiation phase of ‘I win and you don’t.’ But honestly, he fits into my barn fantastically, he is sweet as can be and has quite a personality . . . He truly is four [years old], he’s very gangly, he’s still a little unbalanced, but the raw basics are there and he’s only going to get better.”

The jumping phase of the USEA YEH East Coast Championships for the 4- and 5-year-olds will take place tomorrow morning beginning at 8:00 a.m. at Saw Mill Field. Interested in finding out more about the Championship courses? Click here for the exclusive course preview with course designer Trish Gilbert.

About the USEA Young Event Horse Program
The Young Event Horse (YEH) Program was first established in 2004 as an eventing talent search. Much like similar programs in Europe, the YEH program was designed to identify young horses that possess the talent and disposition to, with proper training, excel at the uppermost levels of the sport. The ultimate goal of the program is to distinguish horses with the potential to compete at the three- and four-star levels, but many fine horses that excel at the lower levels are also showcased by the program.

The YEH program provides an opportunity for breeders and owners to exhibit the potential of their young horses while encouraging the breeding and development of top event horses for the future. The program rewards horses who are educated and prepared in a correct and progressive manner. At qualifying events, youngsters complete a dressage test and a jumping/galloping/general impression phase. At Championships, young horses are also evaluated on their conformation in addition to the dressage test and jumping/galloping/general impression phase. Click here to view the jumping standards and specifications. 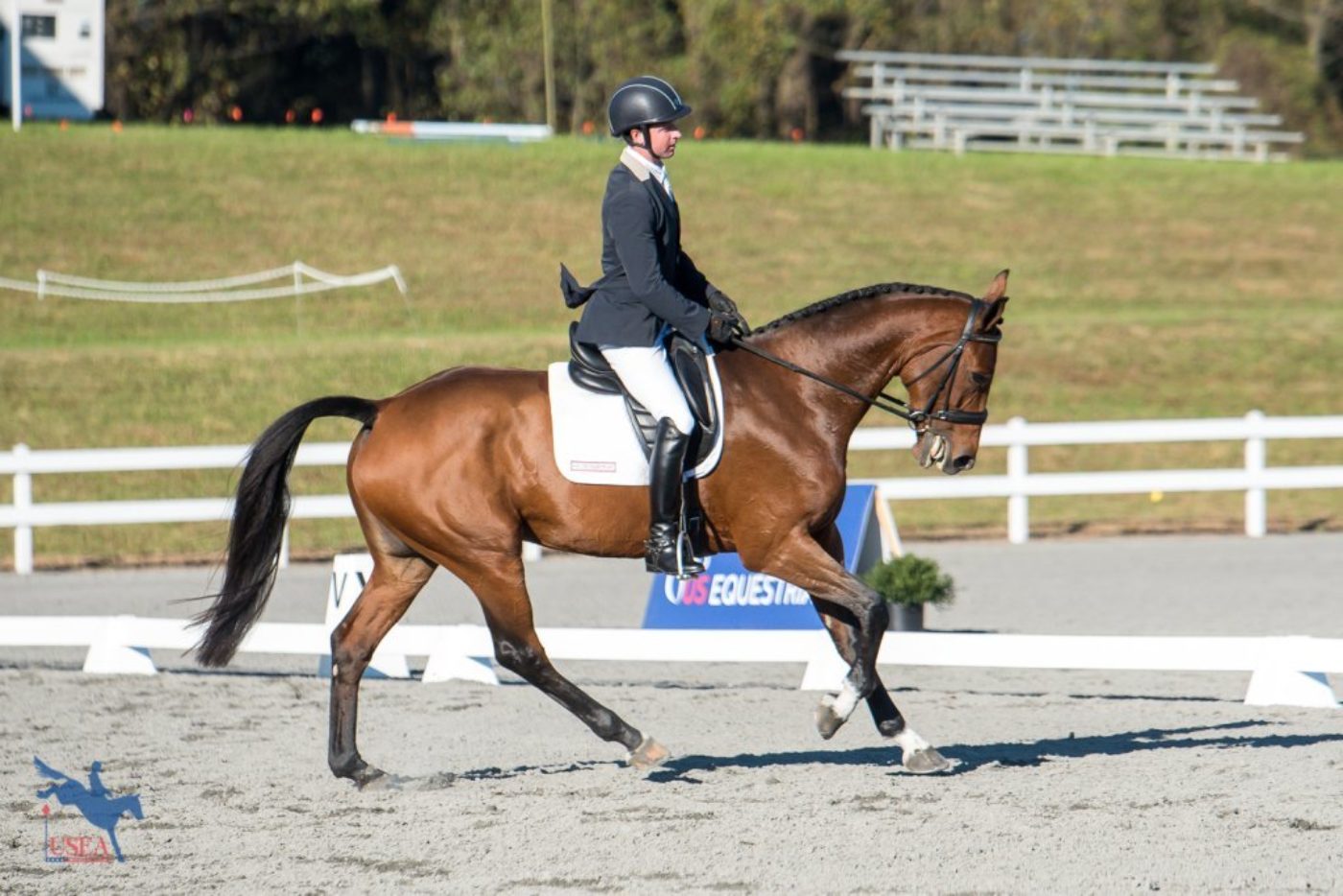 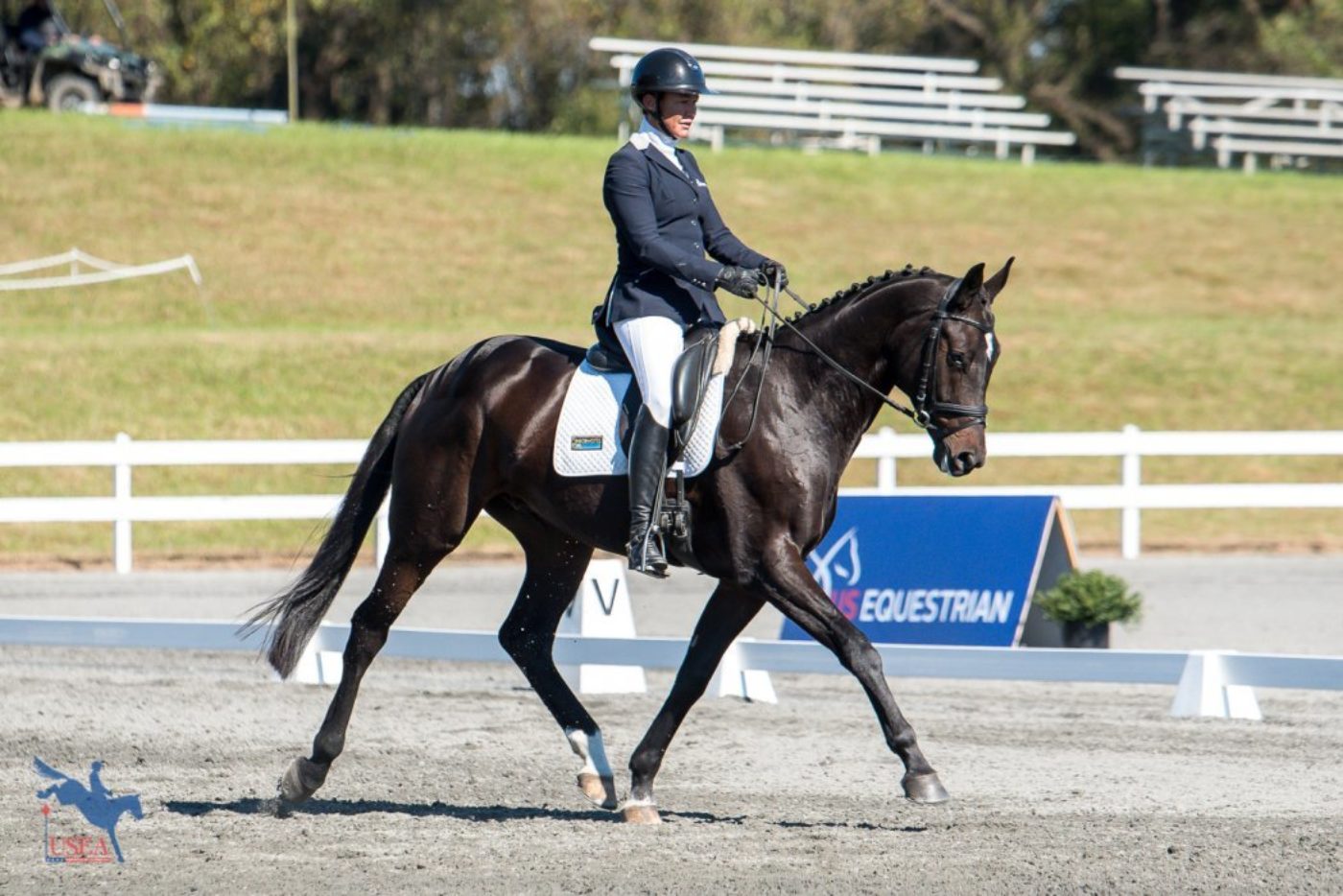 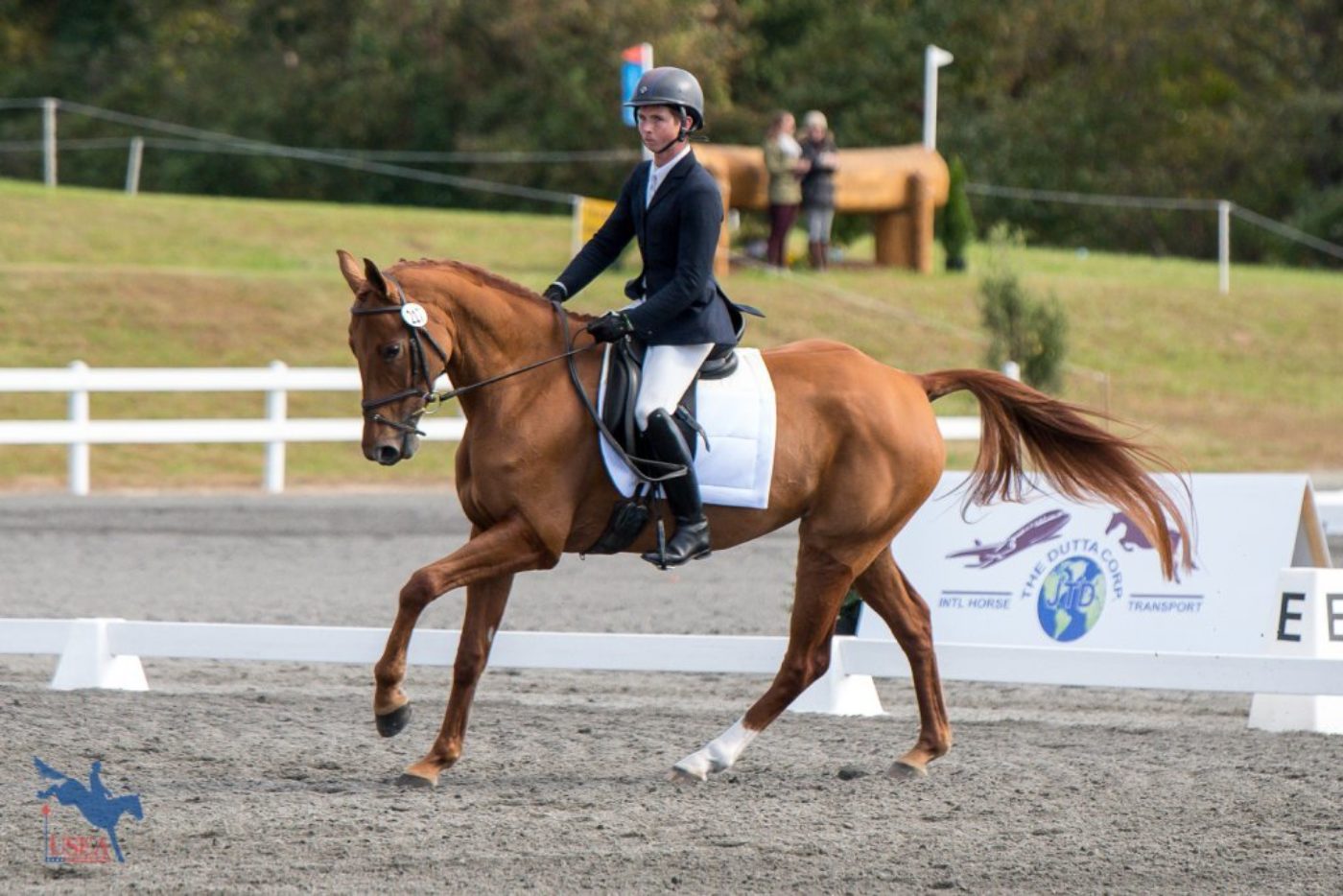 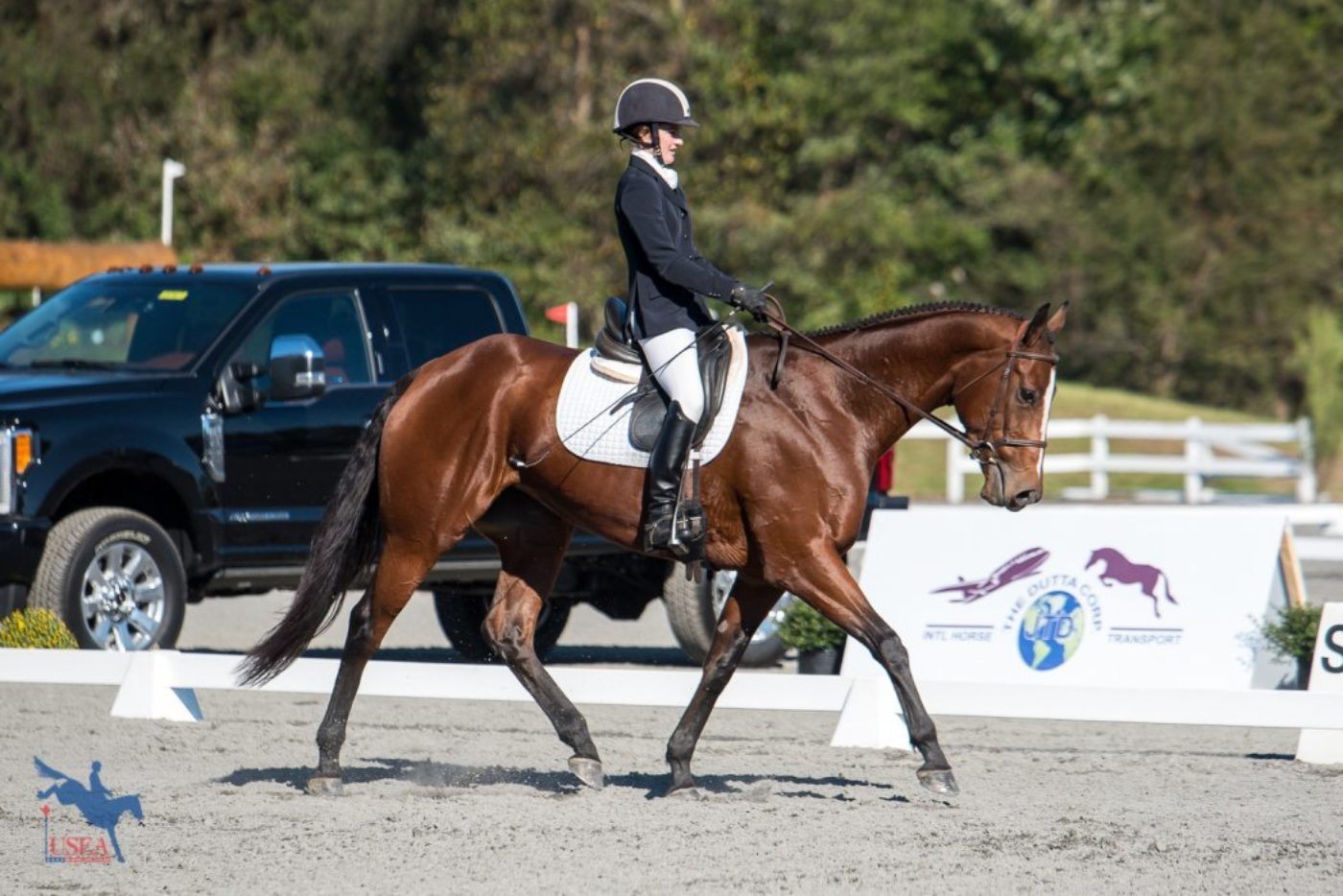 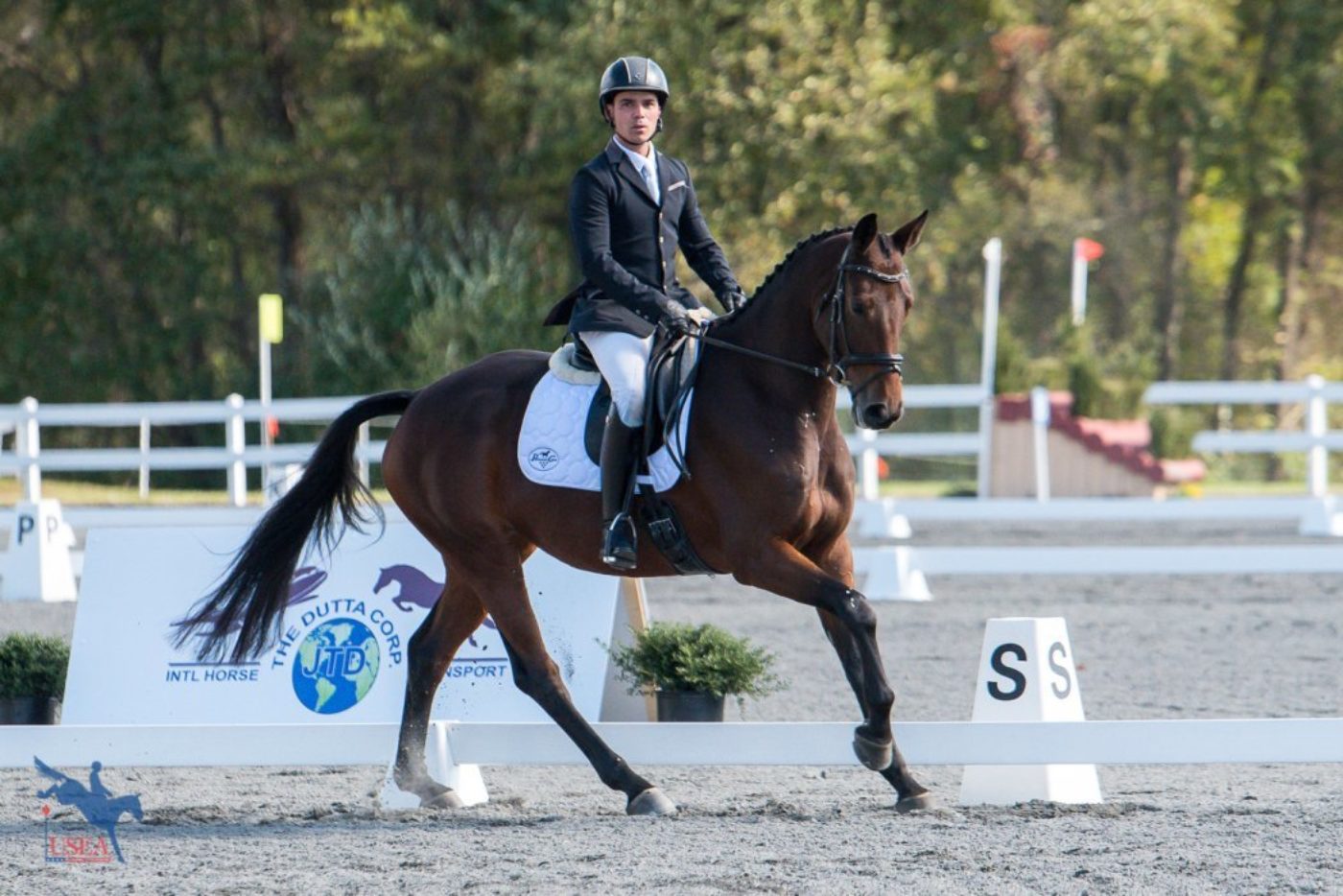 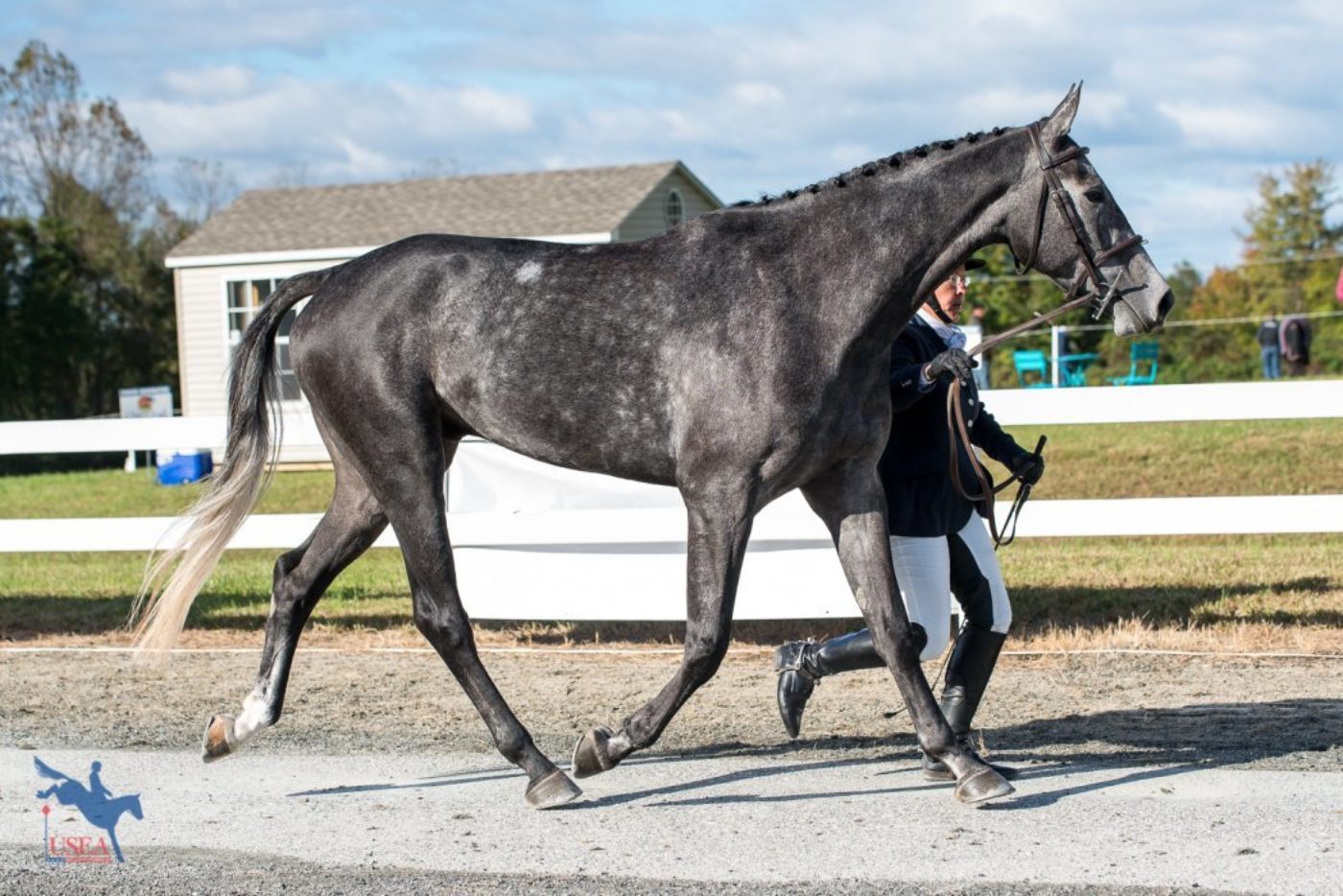 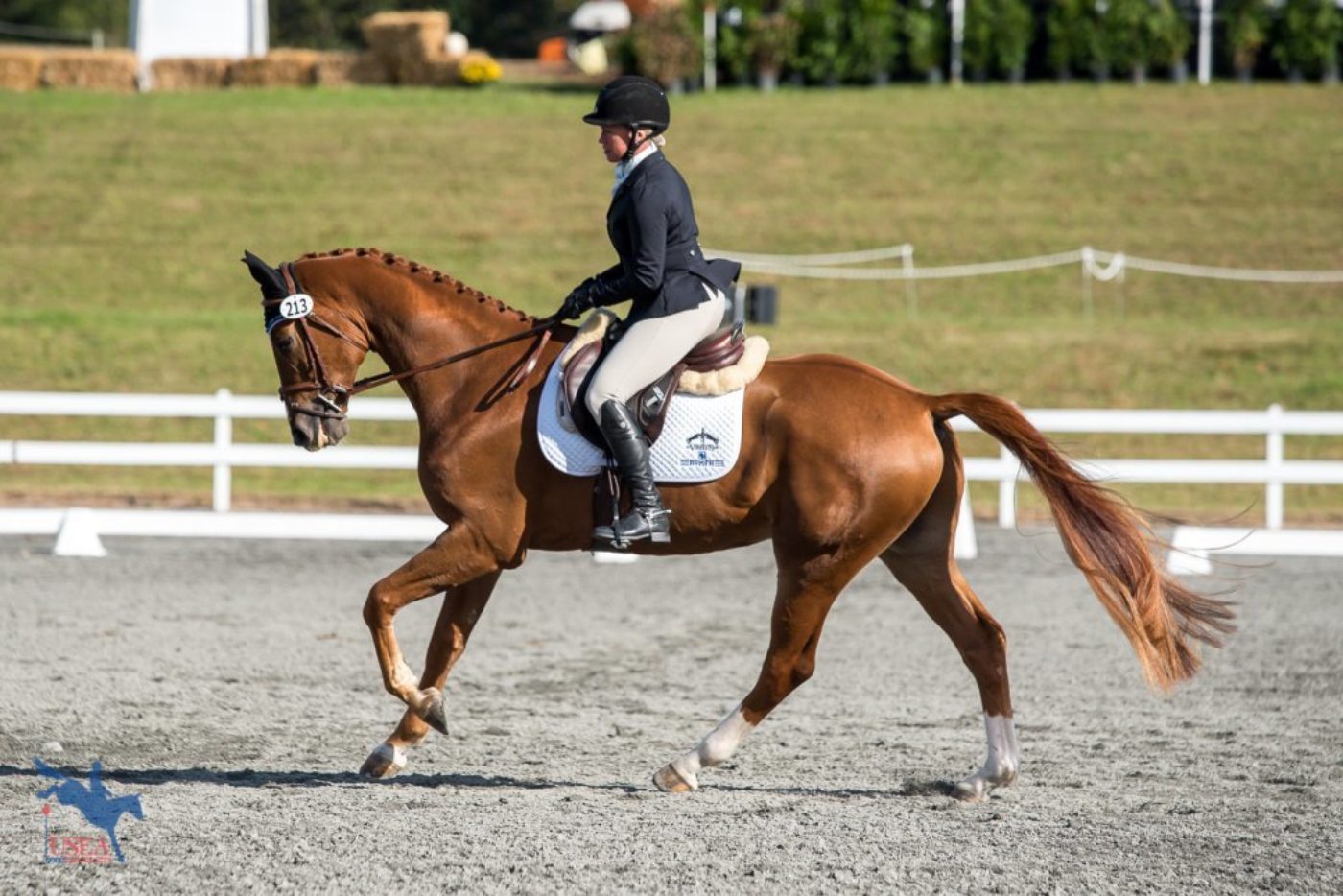 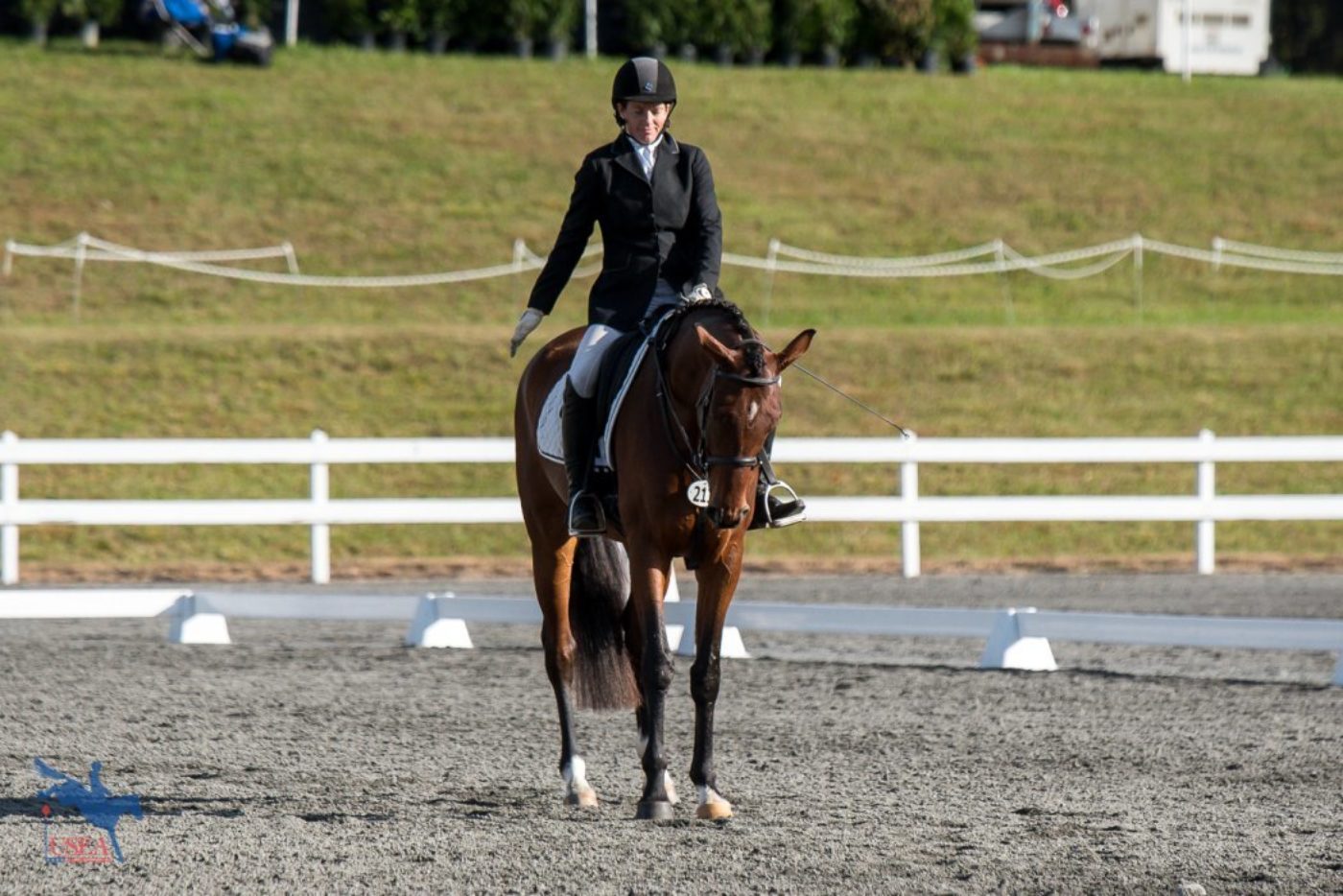 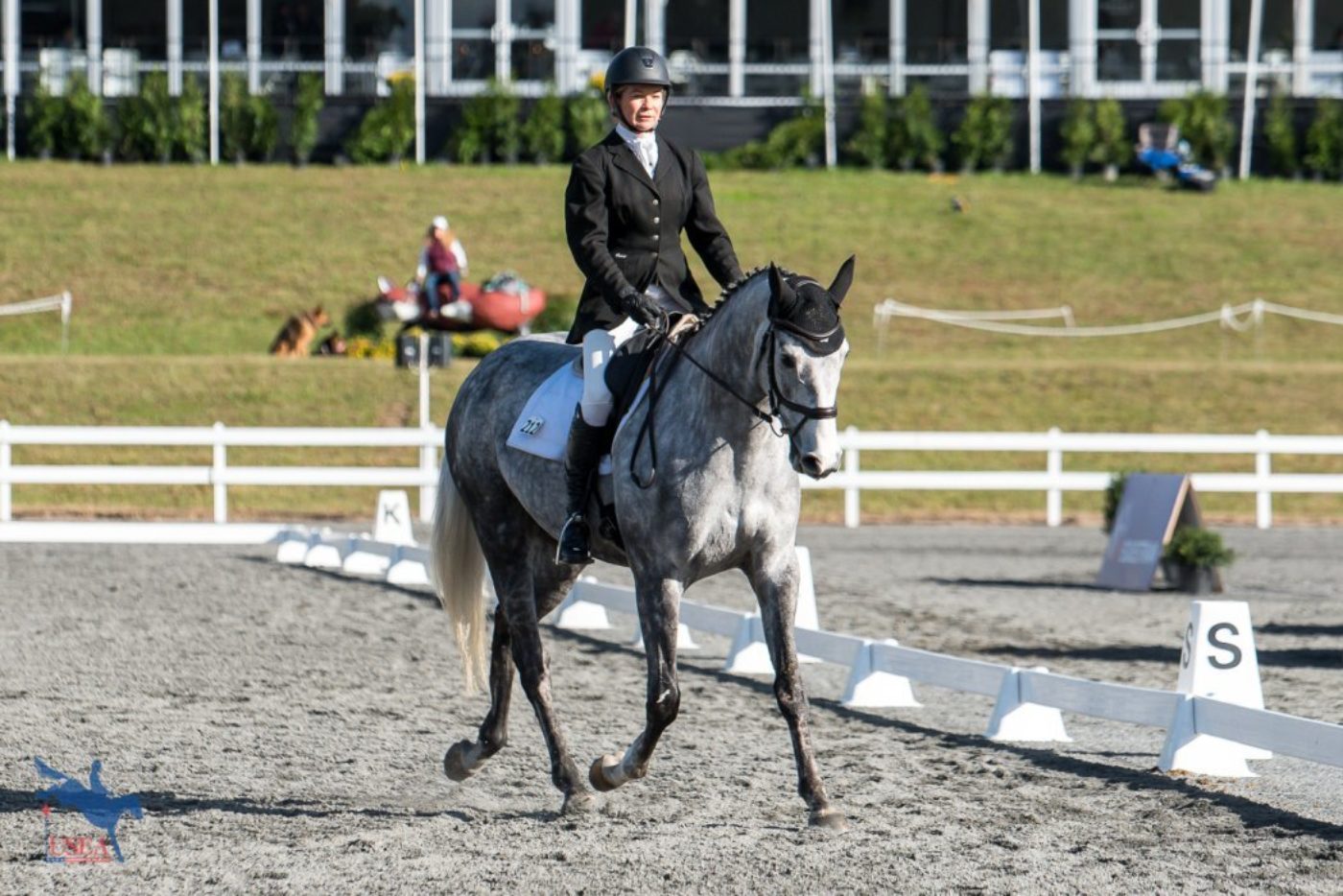 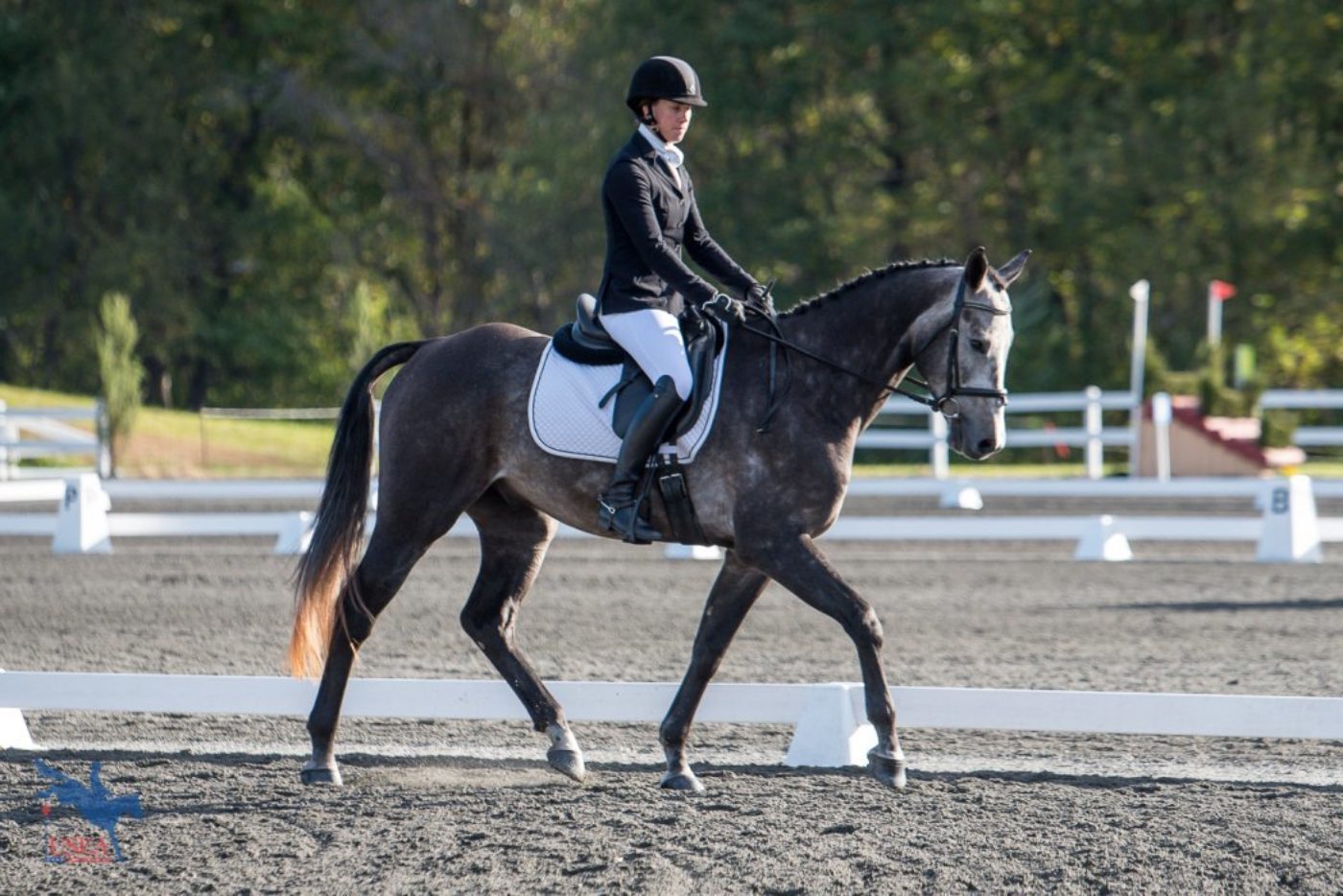 Wrapping up an exciting weekend of competition, young horses from all over the planet gathered together in Le Lion d’Angers, France for the final phase of the 2021 FEI Eventing World Breeding Championships for Young Horses. This year’s Holekamp/Turner Grant and The Dutta Corp. Prize recipients Cole Horn and MBF Cooley Permission to Land (Cobra x Deeply Dippy K) finished out an educational weekend in the 7-year-old championships in 31st out of 58 pairs.

Florida-based Swedish rider Jennie Jarnstrom-Dennis galloped around clear and fastest of the day on Saturday to take the lead in the inaugural CCI4*-S, sponsored by B&D Builders, at The Event at TerraNova. Jarnstrom-Dennis and her Hanoverian mare Flower Girl (Futurist x Lucy) were fourth after dressage on 30.8. Not a single horse-and-rider combination made the optimum time; she added 10.8 time penalties to lead on 41.6.

Fresh off a top 15 finish in the CCI3*-L at the Maryland 5 Star, Cosby Green is back in Lexington attending class at the University of Kentucky (UK). The 21-year-old is an undergraduate student, a team member and the social chair of the UK eventing team, has two upper-level event horses, Copper Beach and Highly Suspicious, and a young horse, McCreary, who she rode on the winning team of the 2021 USEA Intercollegiate Eventing Championships.

Course designer Pierre Michelet's cross-country courses for the 2021 FEI Eventing World Breeding Championships for Young Horses at Mondial du Lion were extravagant as always and put young horses to the ultimate test in the 6- and 7-year-old Championships. The 2021 Holekamp/Turner Grant and The Dutta Corp. Prize recipients Cole Horn and MBF Cooley Permission to Land (Cobra x Deeply Dippy K) move forward after the final phase sitting in 30th overnight on a score of 55.8.