Defending champions Clemson University kicked off the 2018 USEA Intercollegiate Eventing Championship with a bang. Sarah Pyne, known as the perfectionist among her team members, was the only rider from Clemson competing on the first day of the Intercollegiate Championship at the Virginia Horse Trials (VHT) in Lexington, Virginia. Competition at VHT began today with the Preliminary, Intermediate, and Advanced/Intermediate horse trials divisions as well as the CCI* and CIC2*. Of the 87 collegiate pairs fighting for the Championship title this weekend, 15 represented their schools on this first day of competition. The remaining 72 horse-and-rider combinations will start their Championship weekend on Saturday, May 26.

Pyne’s perfectionist tendencies shined as she sits in first place in the Preliminary Rider division. Scoring a 29.8 and jumping double clear on cross-country, Pyne and her 10-year-old Irish Sport Horse gelding, Quintessential, (aka Quinn) have made their mark on the 2018 Intercollegiate Championship. Pyne and Quinn (her 2017 Championship horse) were one out of eight Preliminary horse-and-rider combinations to ride dressage and cross-country on day one.

Cari Budney on Solo (AU) is the only collegiate rider besides Pyne in the Preliminary Rider division. Lydia Kennedy on Double Dare (AU) is the sole collegiate competitor in the Open Preliminary division, while Mia Fox on Sport Tracker (UK), Sara Schulman on Not for Nothing (UVA), Carsan Rucci on Kynymony Rio (RMC), and Grace Fulton on Yippee Ki Yay (USC Aiken) all put in strong performances in dressage and cross-country in the Junior/Young Rider Open Preliminary.

Six collegiate horse-and-rider combinations went down the centerline in the CCI* this morning. Sallie Johnson and Looking Rosey (Ludwig H x Rose’s Double), Cynthia and Mark Rowan’s 13-year-old Thoroughbred mare, laid down a competitive dressage score in the CCI* of 35.9 to be tied for fifth place, an impressive score for the pair’s first one star together. “I was really happy with her and she did everything I asked,” Johnson said on the mare’s performance in the CCI*. Johnson’s third year competing at the Intercollegiate Championship, she thinks “it’s very cool to be in a team atmosphere because our sport can be so individual at times.”

Putting the heat on Johnson and Looking Rosy was Johnson’s teammate, Aubrey Wagner. Wagner scored a 36.7 on her first horse of the day, Clooney MS, and sits in seventh place in the CCI*. A difference of .1 separated Wagner’s score and University of Kentucky’s Jackie LeMastus and Indian Mill. LeMastus scored a 36.8 to sit in eighth place in the CCI*. Caroline Madden and Kilpatrick Orlanda (TCU), Sydey Ayres and Free and Easy (UTK), and Madeleine Ix and The Gambler (UVA) also played in the sandbox in the CCI*.

Wagner and her second ride of the day, her own 9-year-old Selle Francis gelding Fernhill Valarchin (Rebel Z x Reichsgraf), did dressage and show jumping in the Open Intermediate division. Wagner is the only collegiate rider to compete at the Intermediate level at this year’s Championship.

“He was a little tense with the big atmosphere, but I just focused on keeping him calm,” Wagner (AU) said on how she piloted Fernhill Valarchin (aka Finn) to earn the competitive score of a 35.9 in the Intermediate. Wagner and Finn jumped clean in the show jumping to put them in seventh place in the Intermediate. Wagner looks forward to cross-country day as she comments that “the course is beautiful, [with] a lot of galloping lanes and very inviting. I’m super excited.”

With the majority of collegiate riders kicking off their championship weekend on Saturday, stay tuned for more updates on the action! 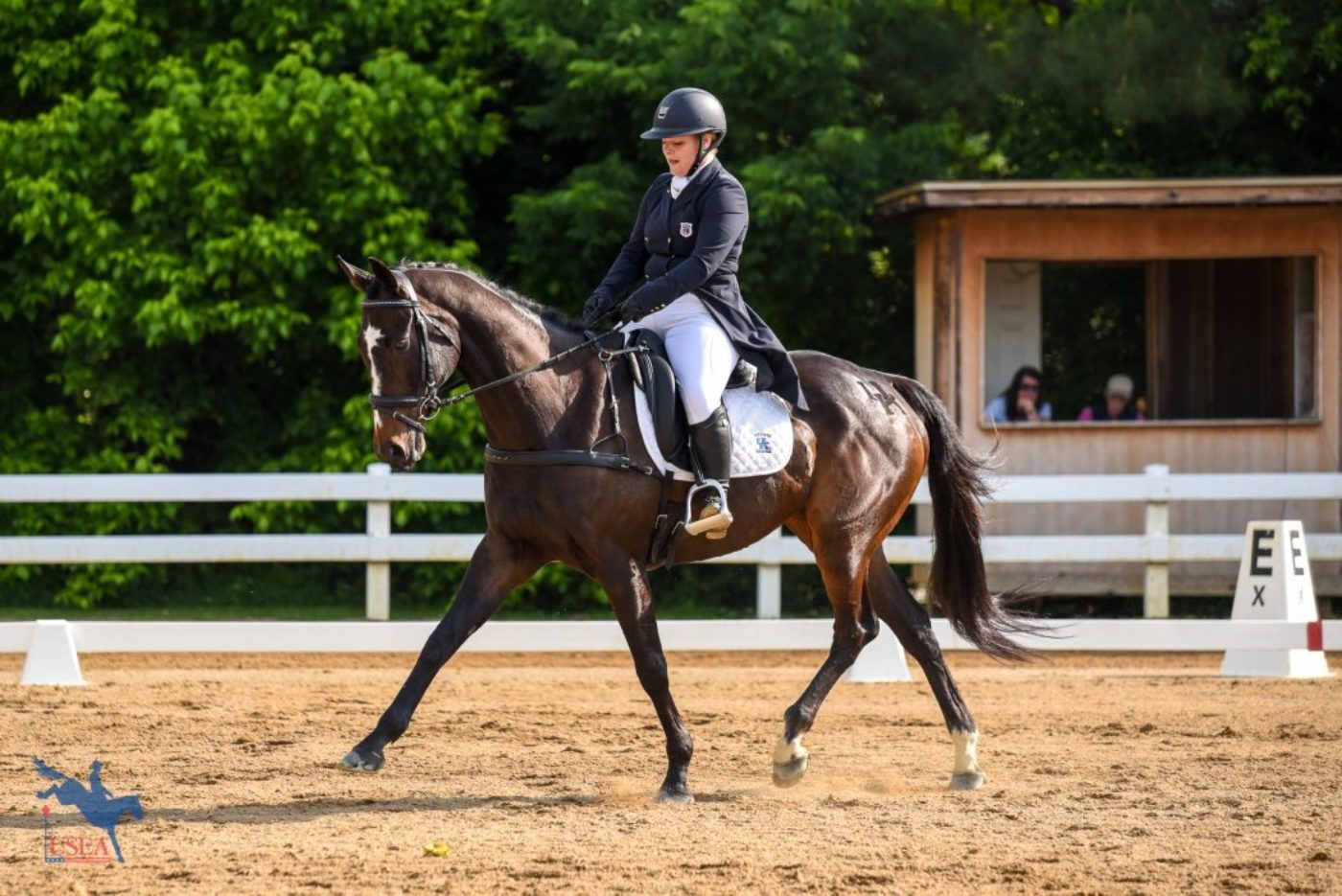 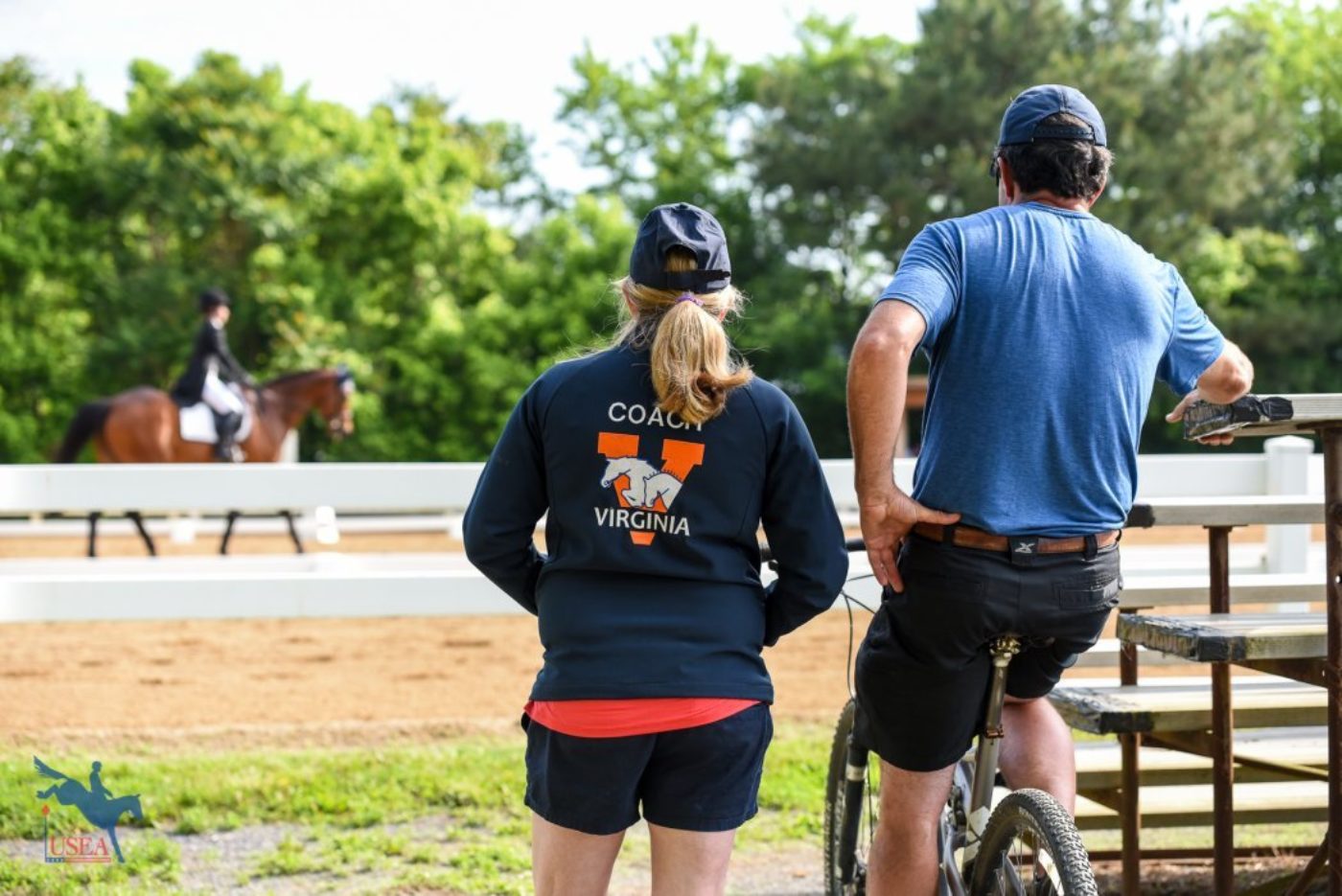 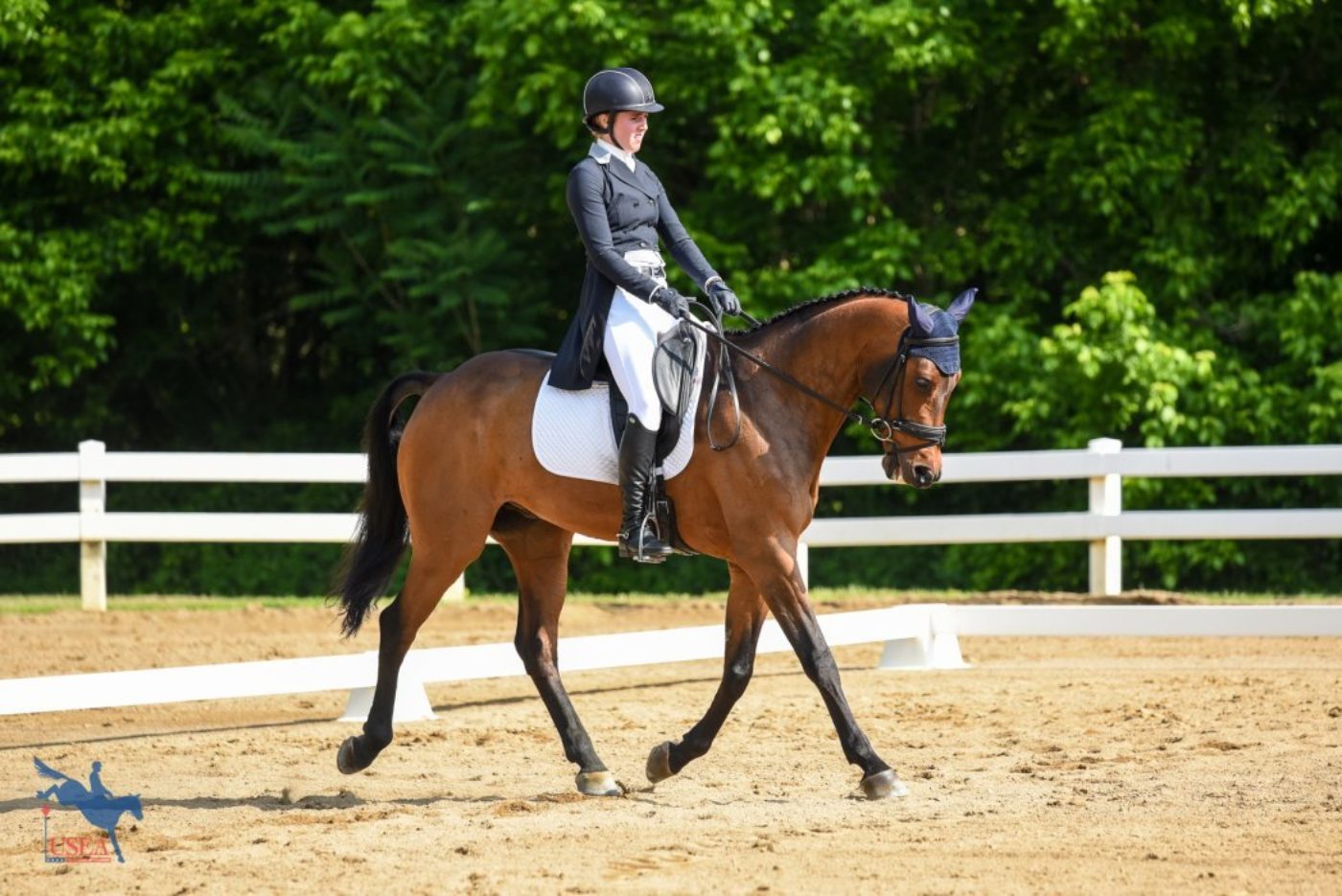 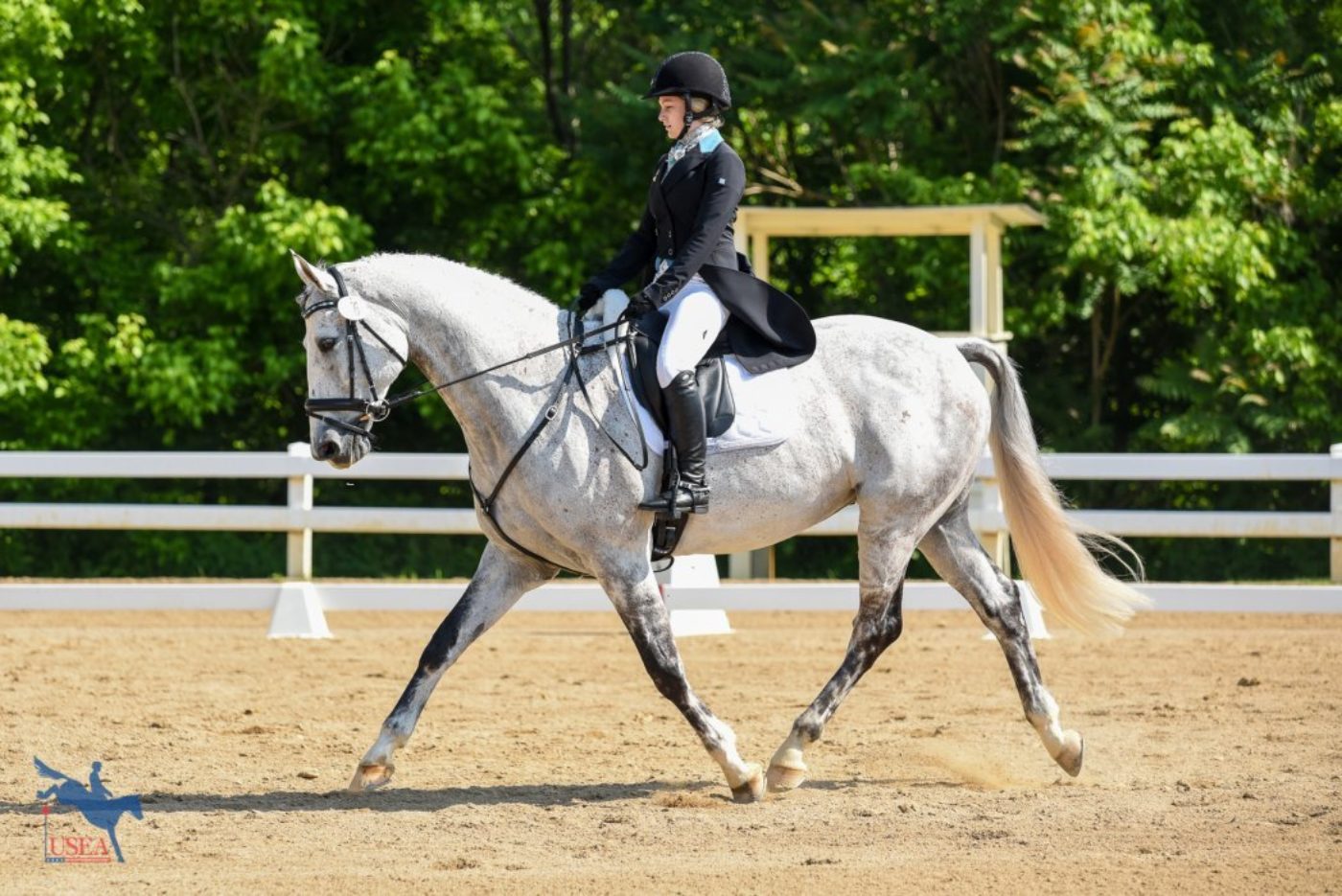 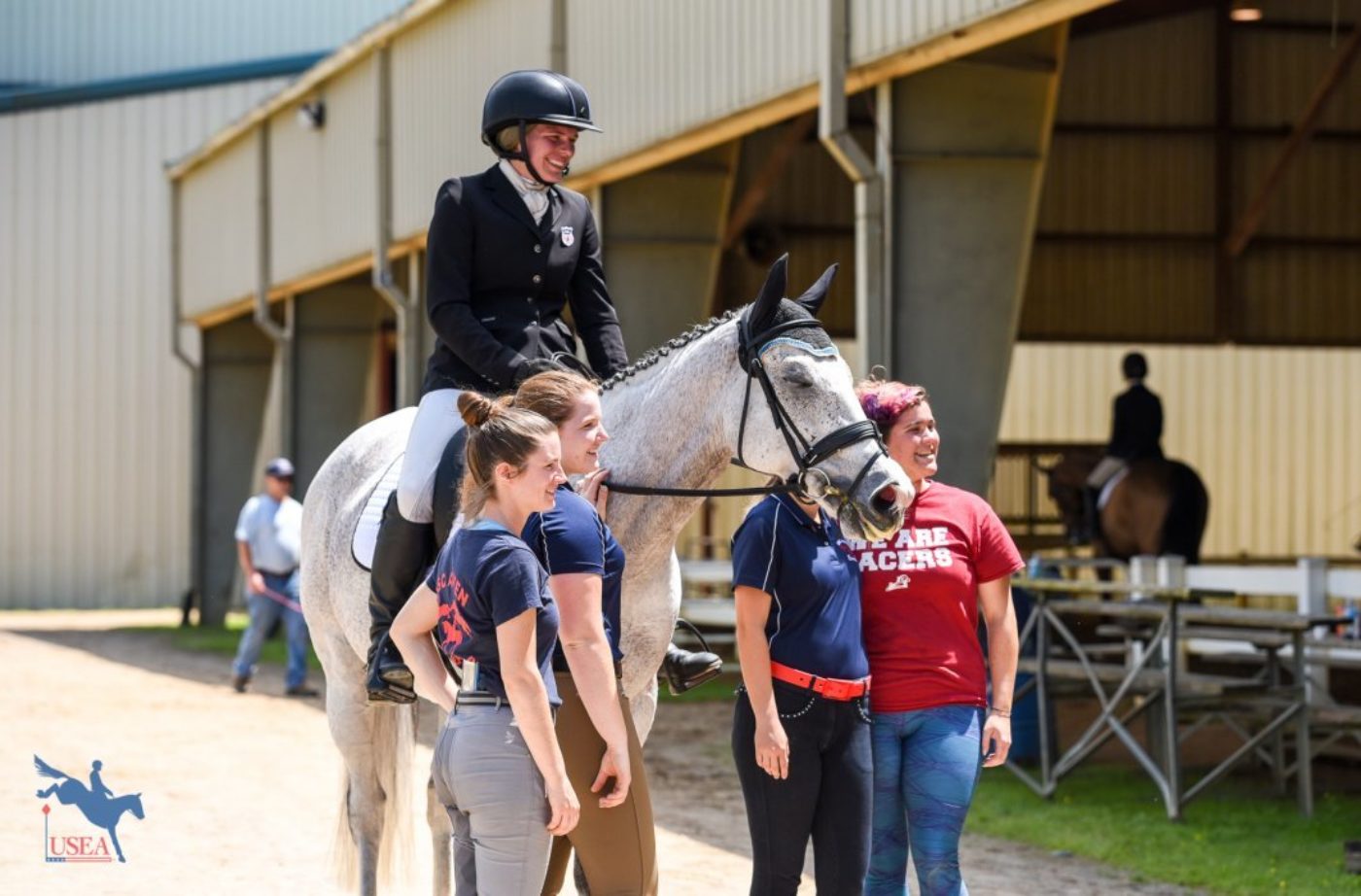 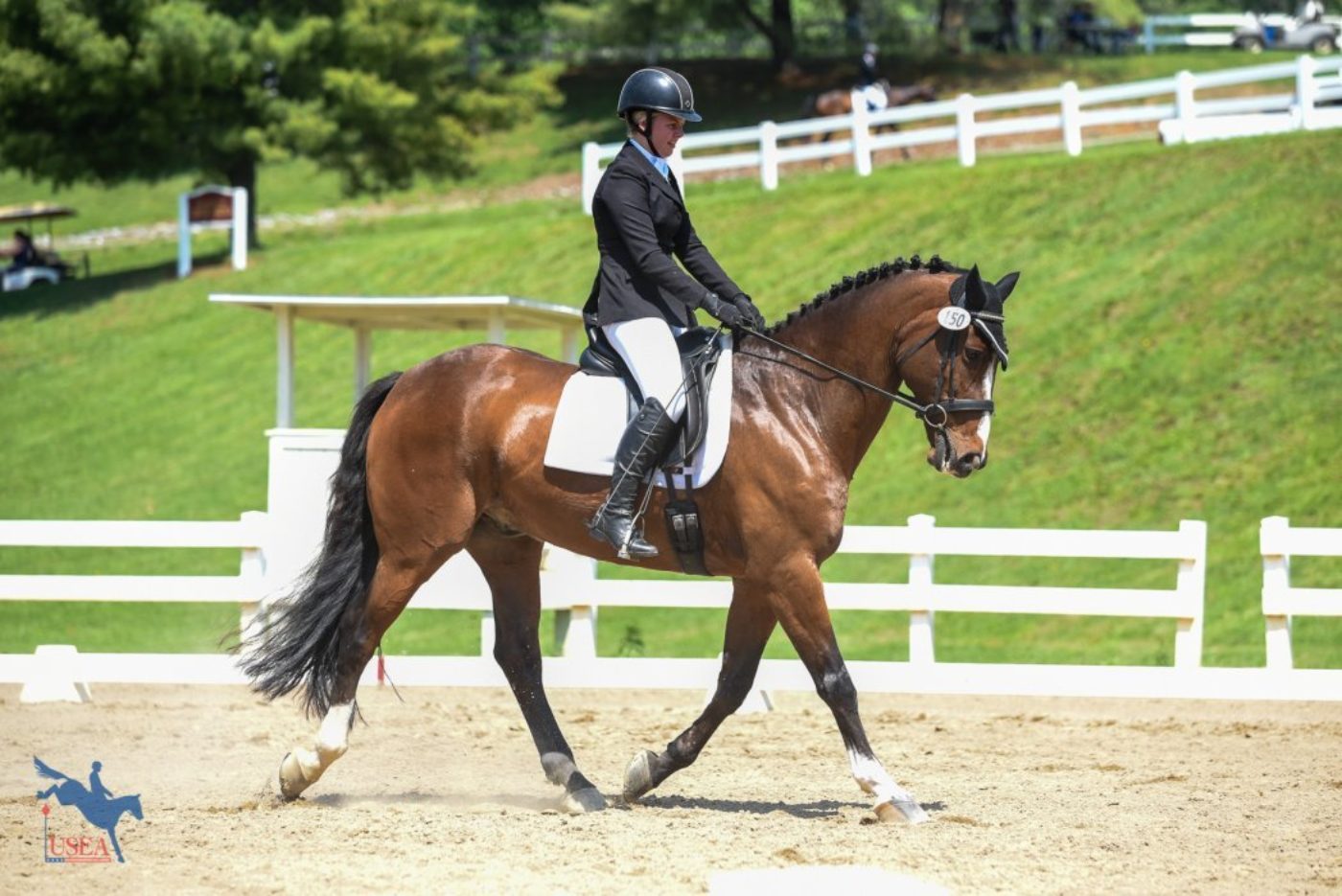 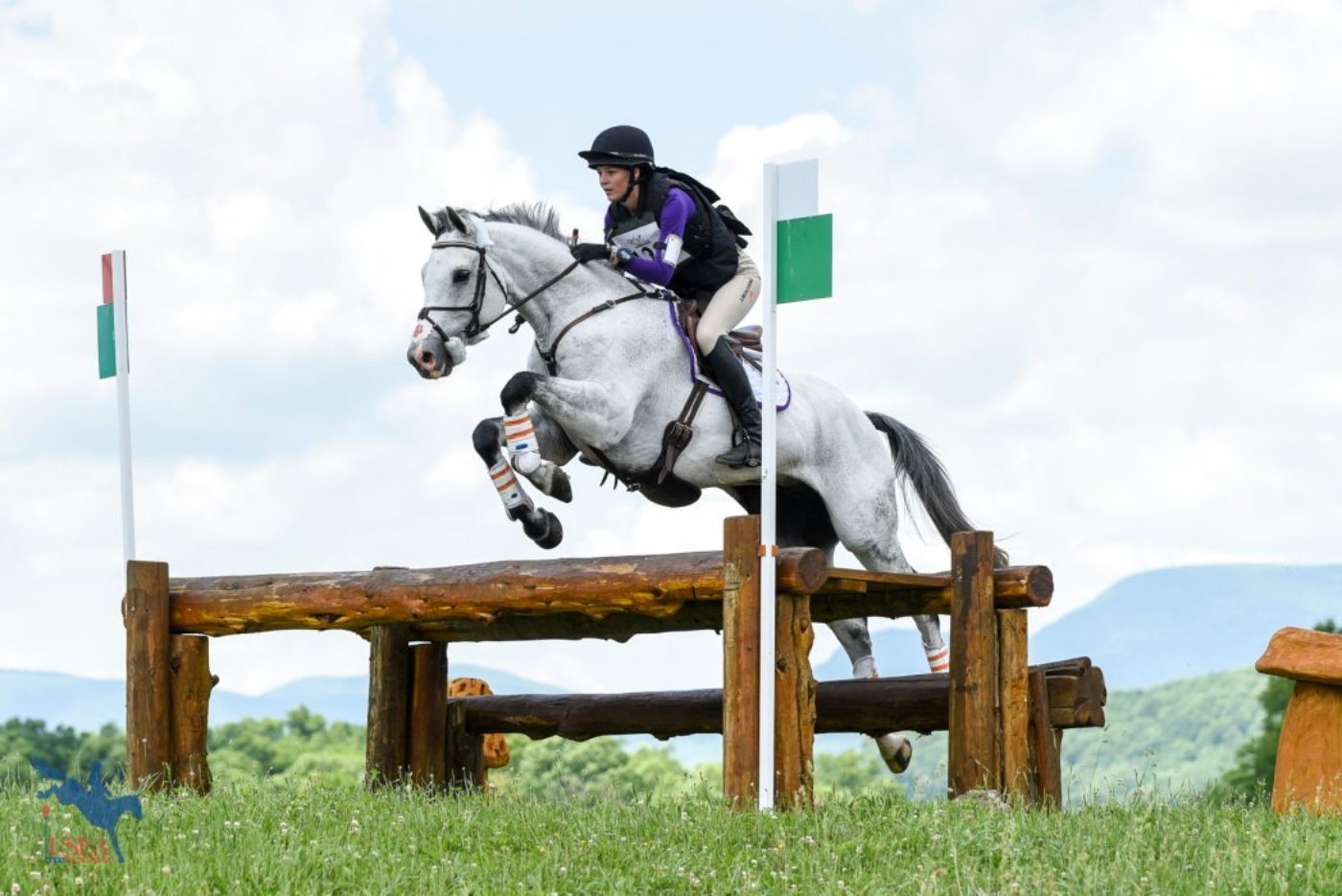 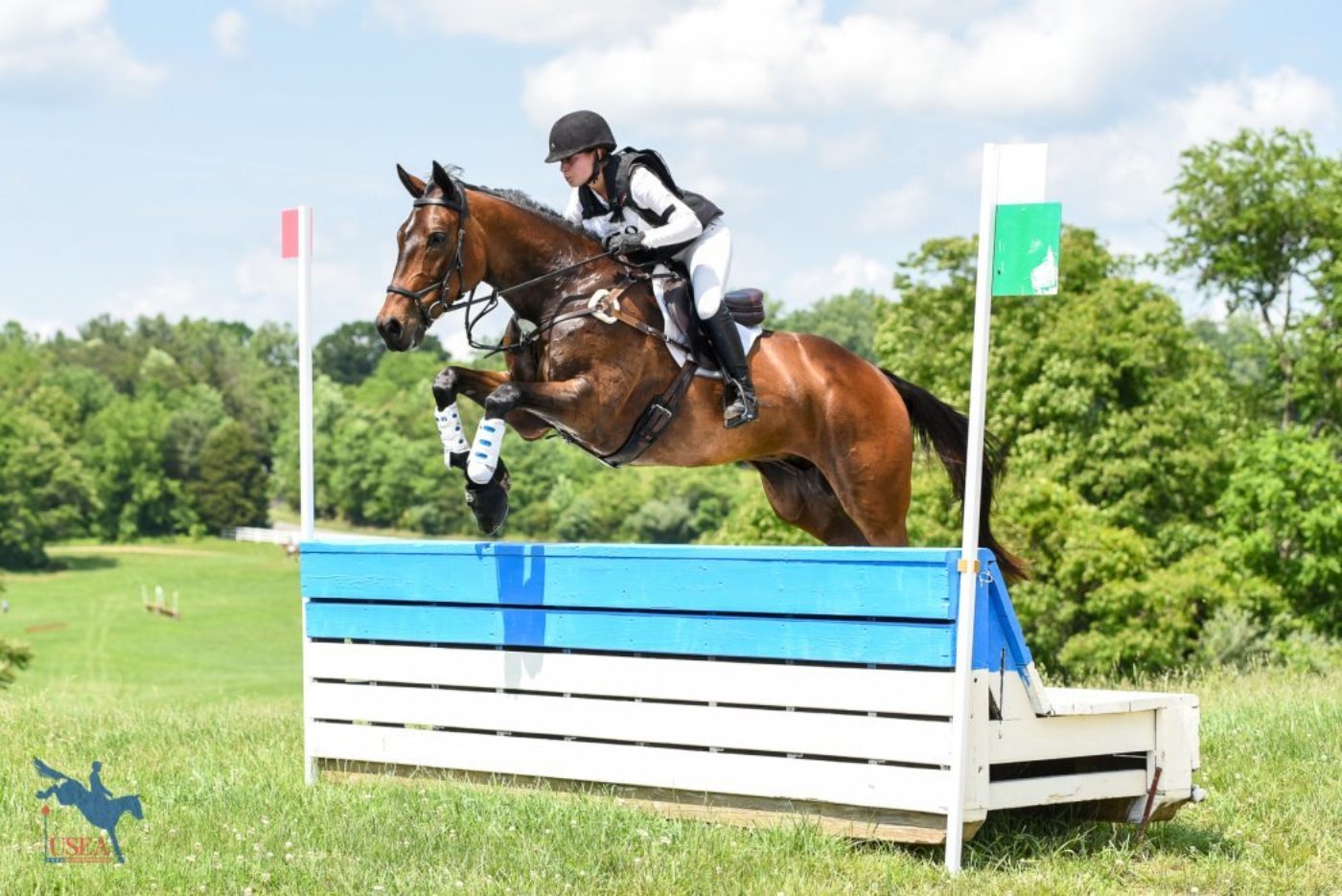 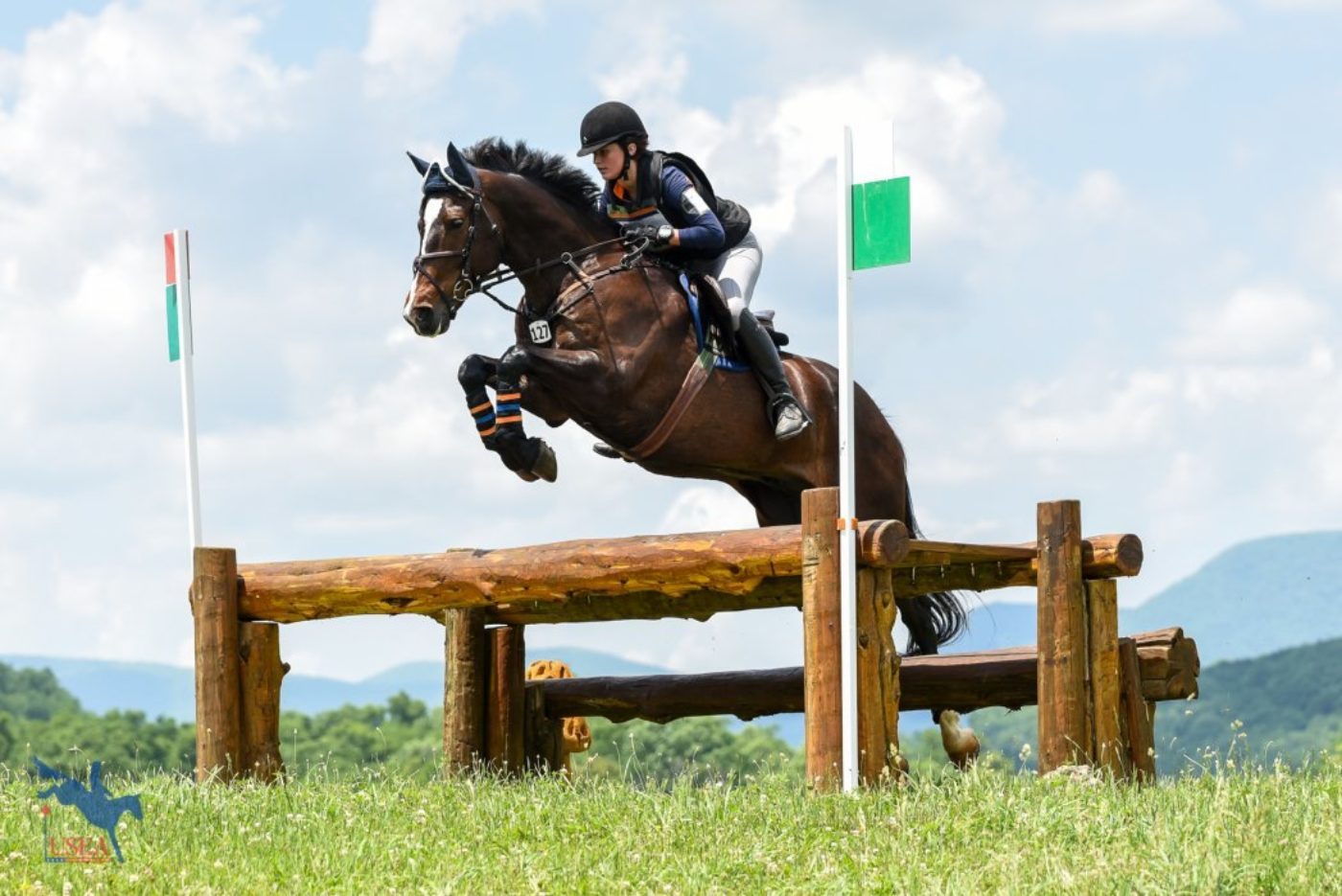 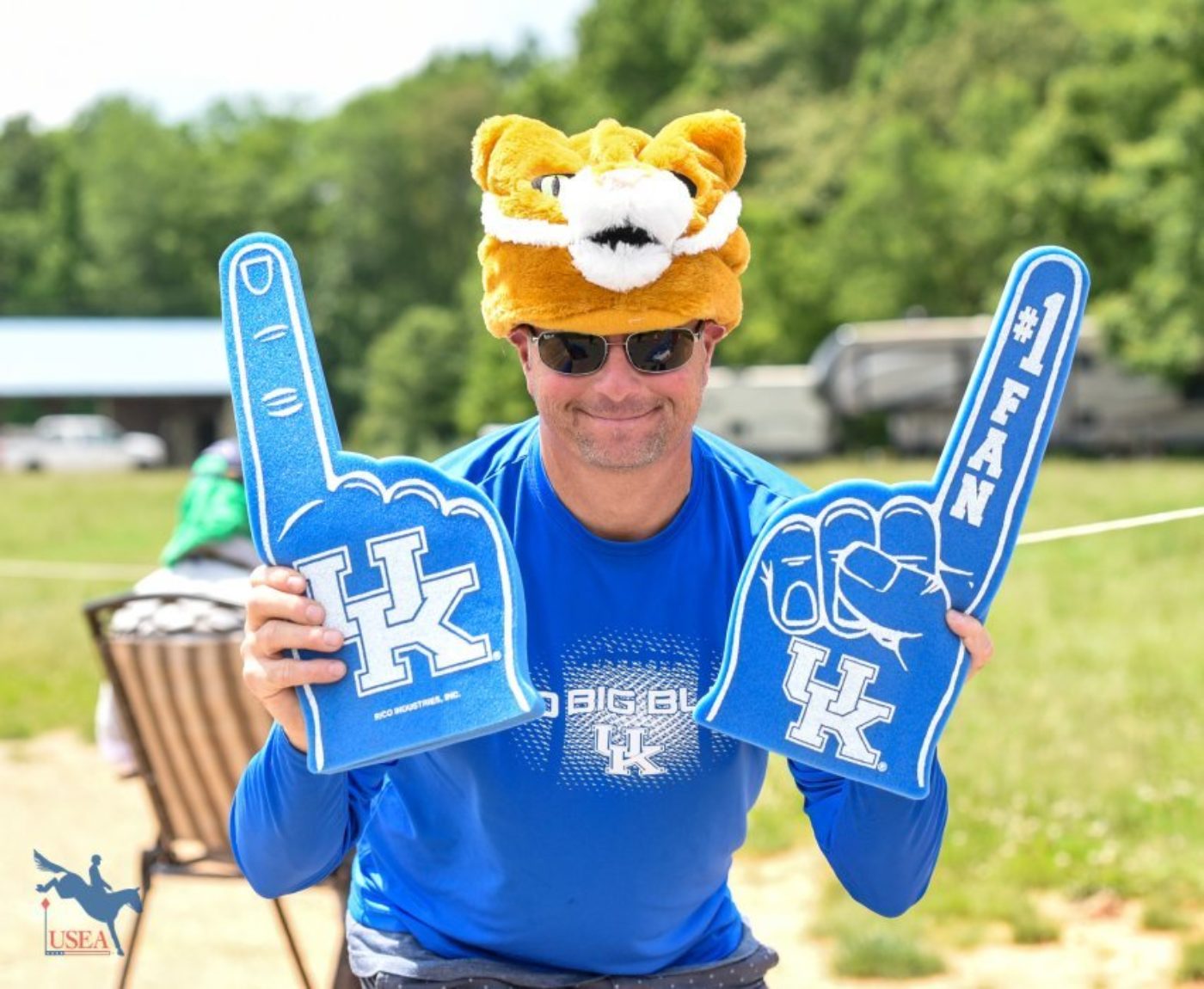