The EA21 Central Clinic held at Holly Hill Farm in Benton, Louisiana resumed on August 2 with Coach Rebecca “Bec” Braitling. The participants put into practice step-by-step guided foundational work to assist them in developing successful eventing careers with a focus on show jumping.

The day began with a lecture that gave participants a preview of what was to come in the practical part of the clinic. Braitling discussed important processes that will help riders progress through the performance pathway no matter the horse they are riding. She emphasized the importance of using a variety of seats, such as the forward seat and two-point. She advised riders to canter in a small space using rhythm and a variety of quality strides to help with choosing the correct strides for the purpose. Braitling's motto for show jumping is: "go in to jump clean! There are no unlucky rails.” She reiterated that jumping clean can be done by making good decisions and things you can control, such as stride length exercises and focusing on direction. She implored eventers to not get locked in on specific distances and to use decision-making regarding them as they present themselves.

Amid cavelettis, verticals, and oxers that were sprinkled over various distances and turns, each group of three riders warmed up cantering around the perimeter of the arena. After warmup, the first work consisted of what Braitling said was the theme of the day – different types of canters. It began with extended canter stride counts over cavalettis and then evolved into more collected canter stride counts from a sitting position. Camryn Chung, who participated in the first group, commented, “A lighter seat actually created more collection in the horse.” When smooth gaits were noted as evidence of a good understanding of the theory for this exercise, they would then reverse directions and go the other way to achieve balance in training.

Jhett Jenkins, who was not on her normal ride for the clinic, found the exercise extremely beneficial when getting to know her horse a little better. “I’m catch riding a horse and I worked on being more adjustable to the horse and [seeing] how my position affects him," she reflected following her group's round.

Soon after, riders progressed to jumping a set of oxers and verticals. Coaching consisted of themes of the basics covered previously in the flatwork with maneuverability, placement of elbows, the position of one's seat, decision making according to stride length, and identifying and changing the line becoming precedent concepts. In show jumping, Braitling asserted, ”the rider is in control and at some point has to be the person that doesn’t need someone to tell you to change the line.” It becomes a part of the automatic decision-making process.

Following the second day of instruction, Ava Stanton had an epiphany: “I will have more of a discussion with my horse and not let her dictate every decision – It needs to be more to do with a decision I made.”

As jumping continued to more complex presentations of oxers and verticals with more distance covered, Braitling communicated that there are several things to be aware of that will be helpful. “When approaching a jump it is essential to use supple connection without losing it, and a position of straightness, controlled energy, and balance as you track the line to the next jump.”

Like Jenkins, Maya Clarkson also rode a catch ride and found that the horse struggled with his right lead. Braitling suggested using the shoulder-fore exercises that were worked on yesterday during the flatwork as a tool to assist the horse in utilizing the right lead while jumping.

If a horse was too fast, Braitling advised to ‘check them’ with a half-halt to correct, which was helpful with some horses. However, for others, another effective tool helped to establish a significant boundary for the horse by making the horse walk between jumps in trouble spots to diminish overpowering speed to the next jump.

In addition to theory and communication, Braitling used unexpected humorous visuals to get her point across. She animatedly trotted full speed across the arena to a jump to demonstrate to a rider how their last run wasn’t utilizing the proper stride on the line. It got the point across to everyone with many audible laughs including the rider she demonstrated it for.

Overall, one of the biggest concepts from the second day of the clinic was that in jumping, one must involve slower, basic rideability tied to flat work. That may not seem as thrilling, however, this will pay off in the long run as riders move on to Preliminary level.

The next EA21 clinics will take place on the West Coast at Aspen Farms in Yelm, Washington on August 15-16, followed by Twin Rivers Ranch in Paso Robles, California on August 17-18. Both West Coast clinics will be taught by ICP Instructor Rebecca Brown.

For more information on the EA21 Regional Clinics, click here. 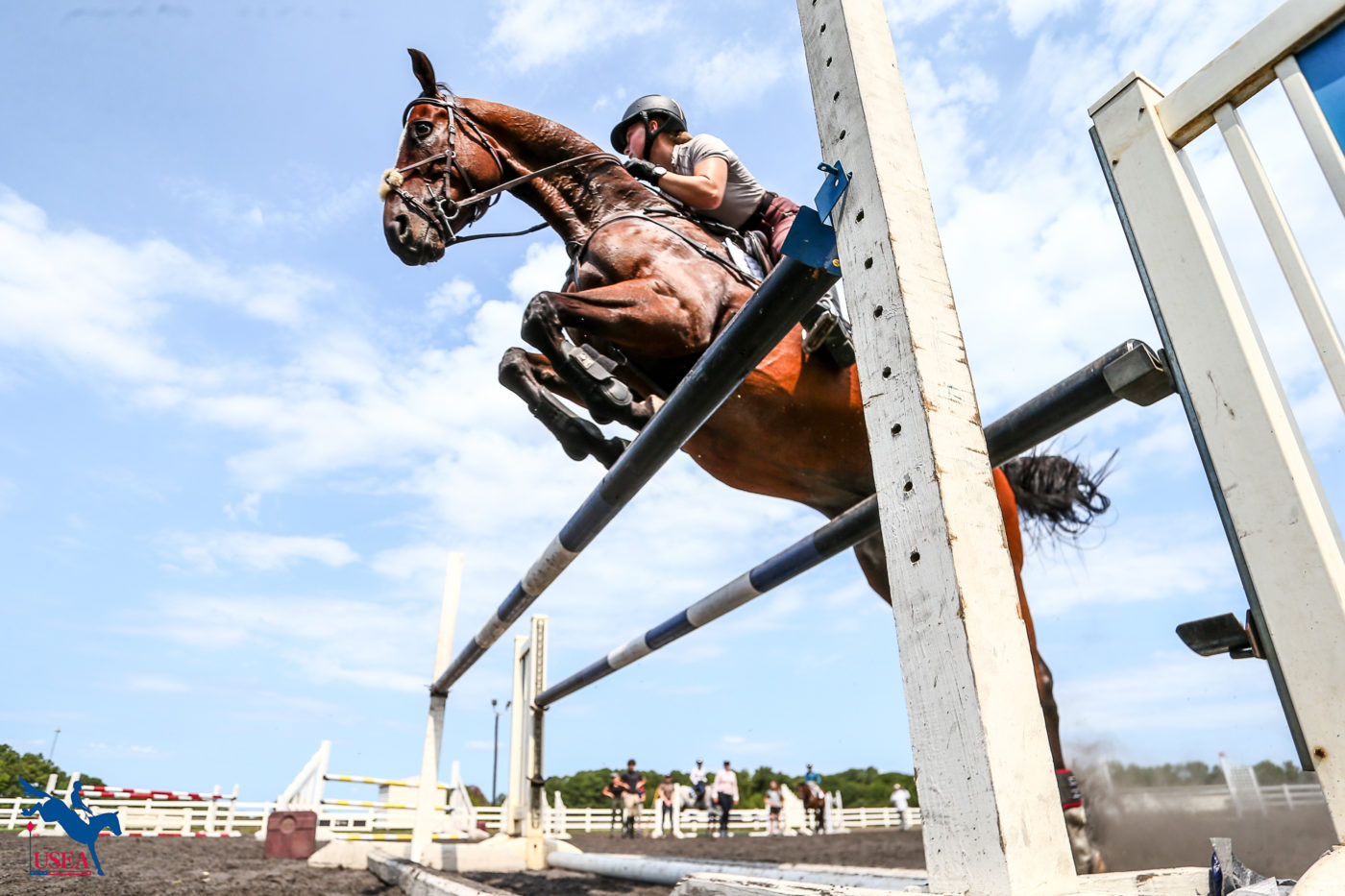 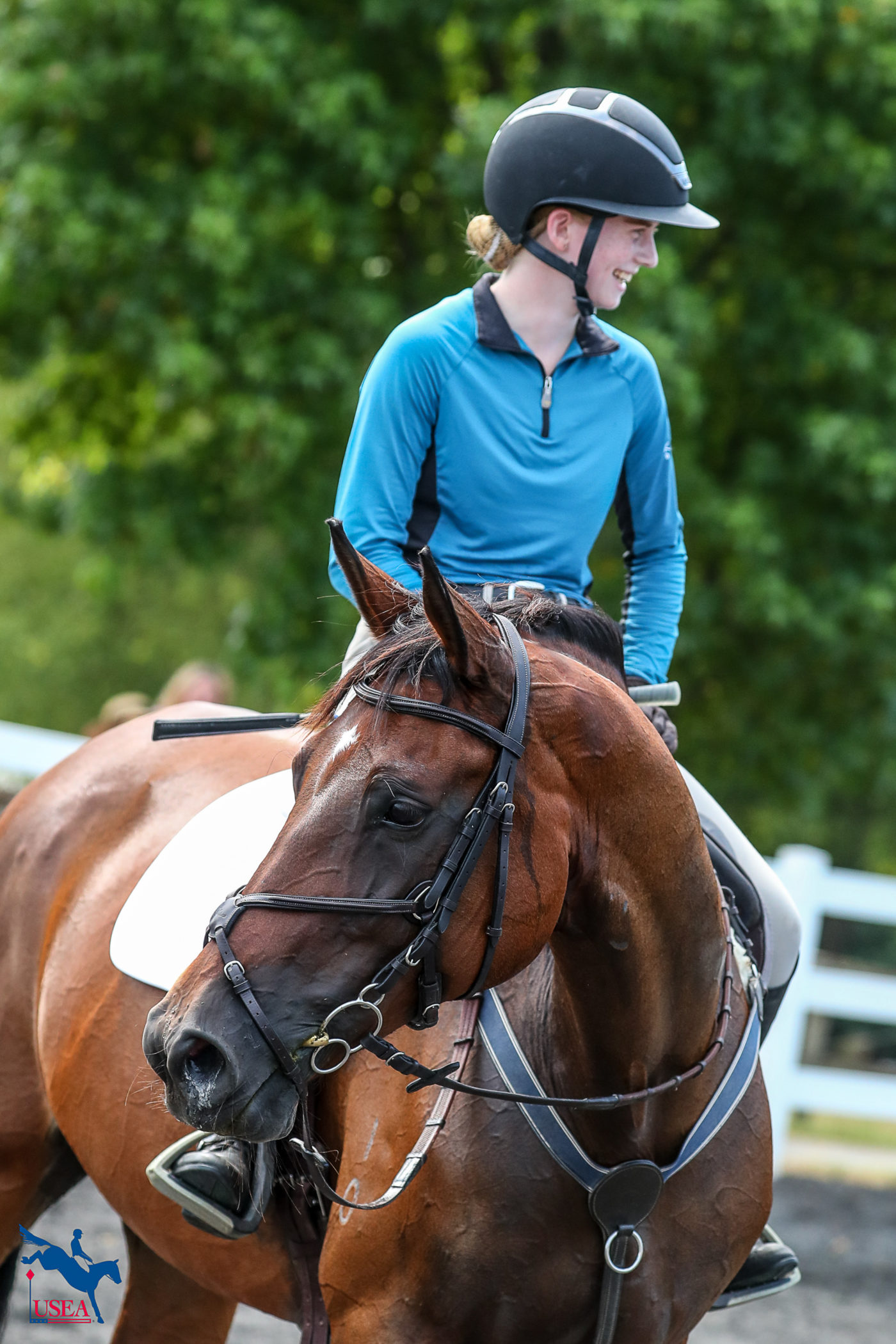 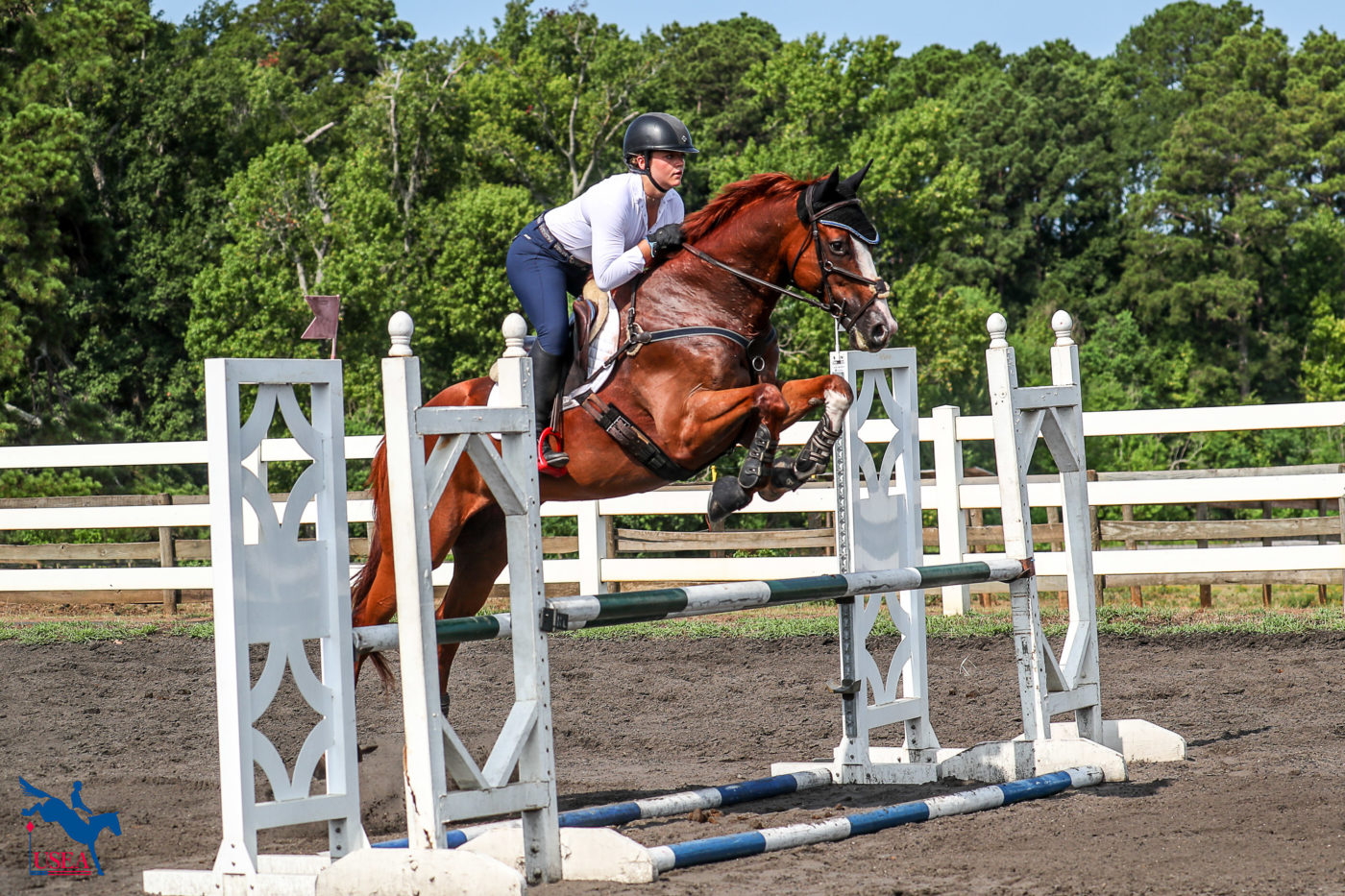 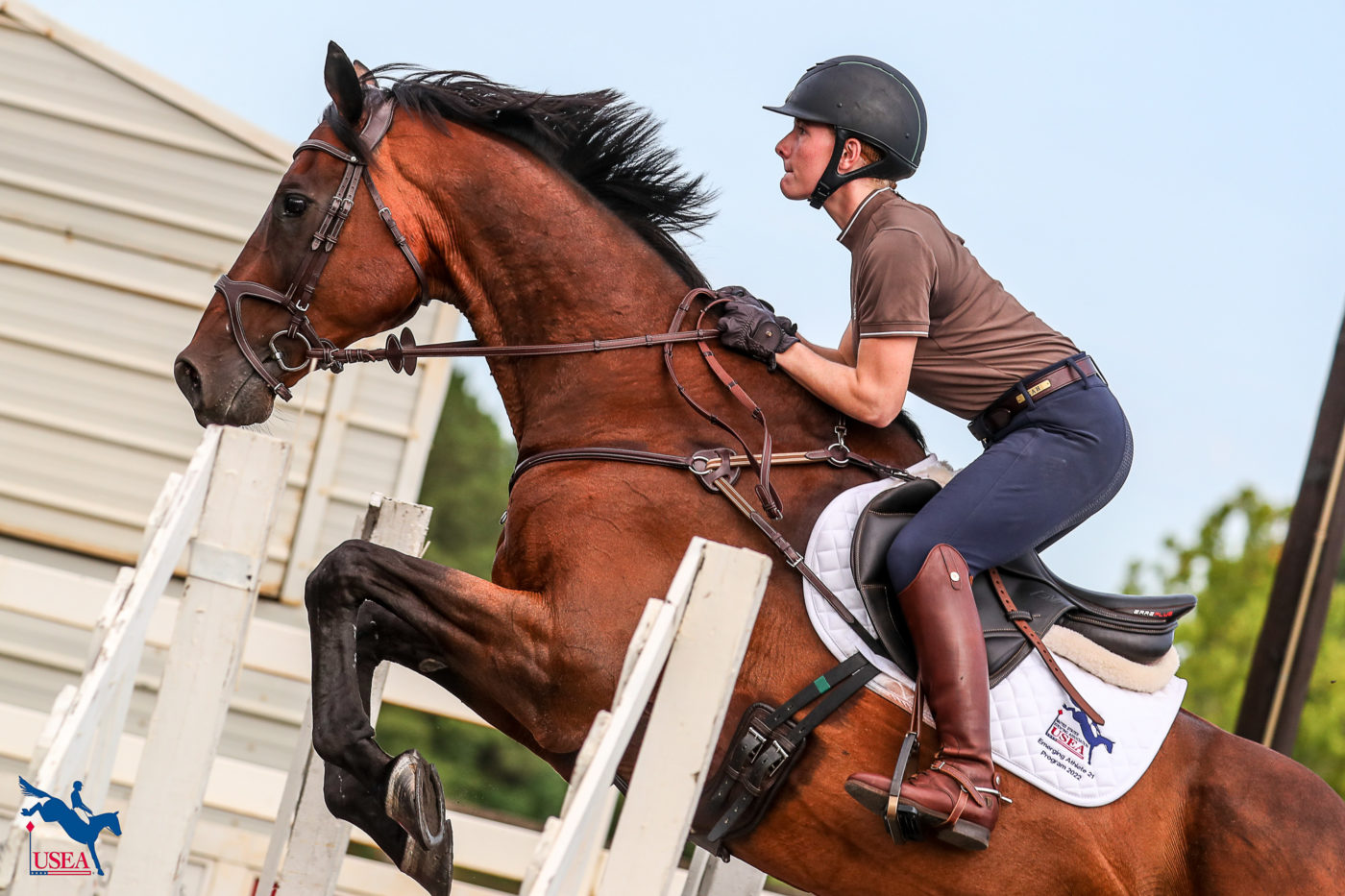 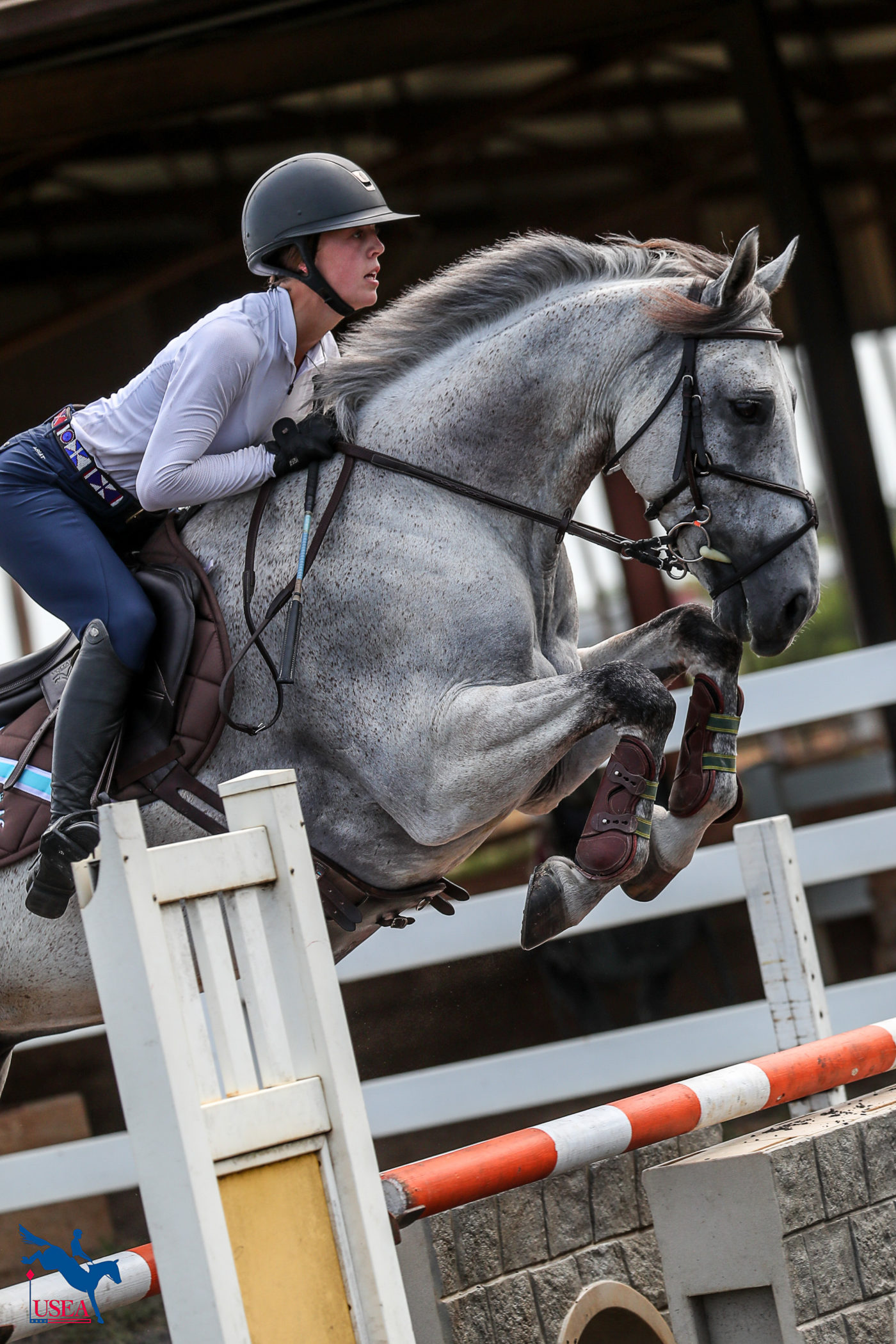 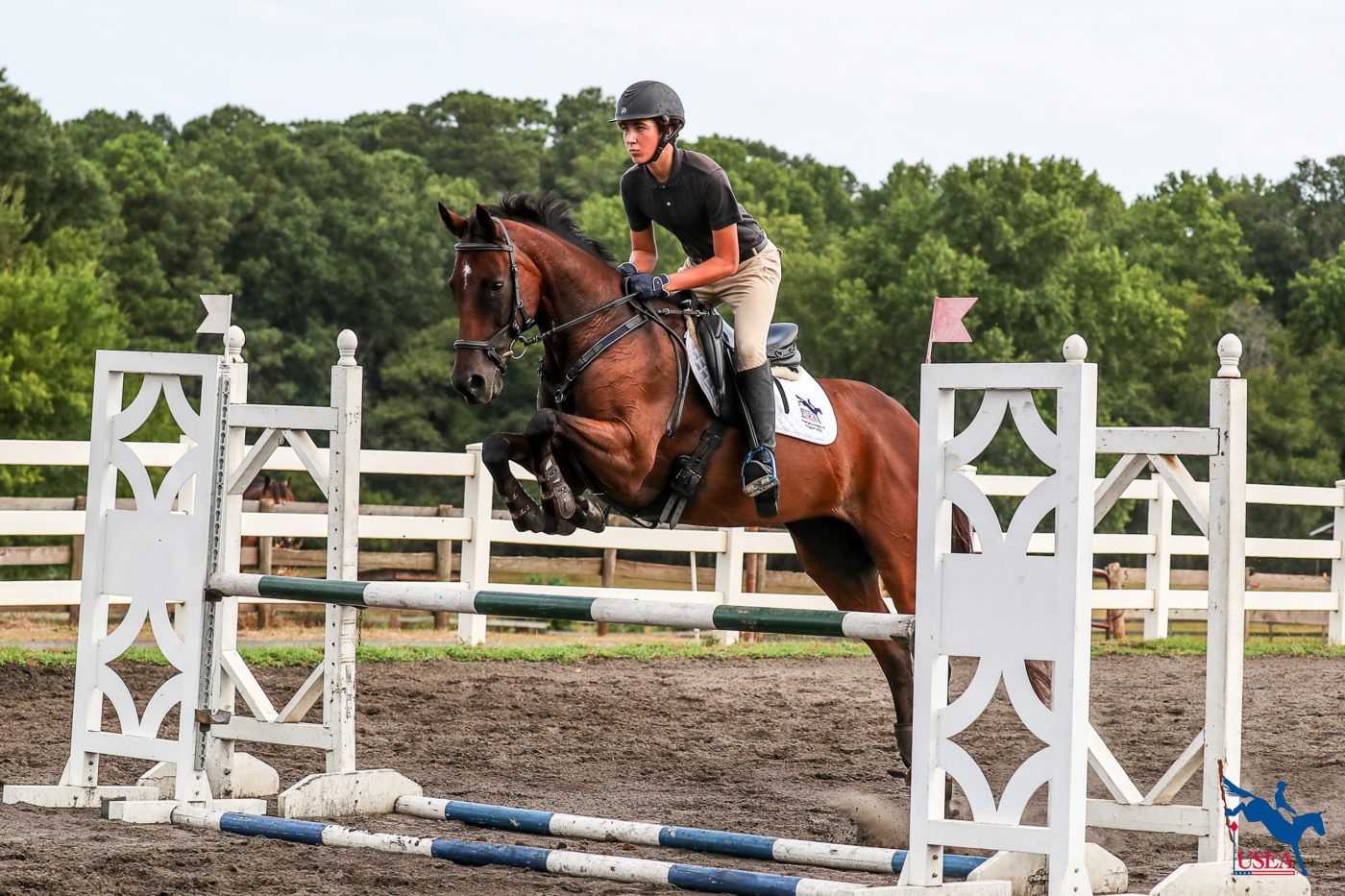 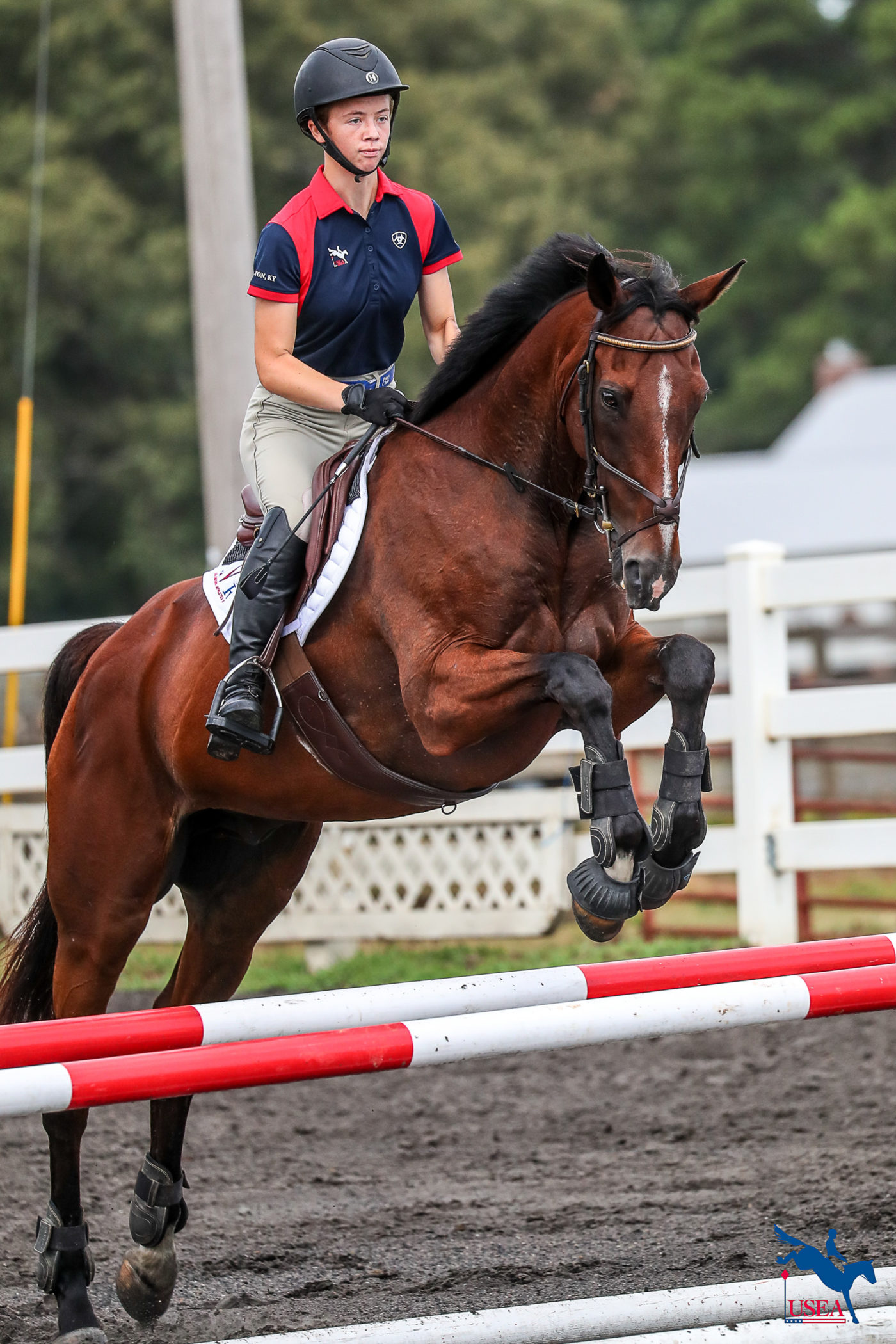 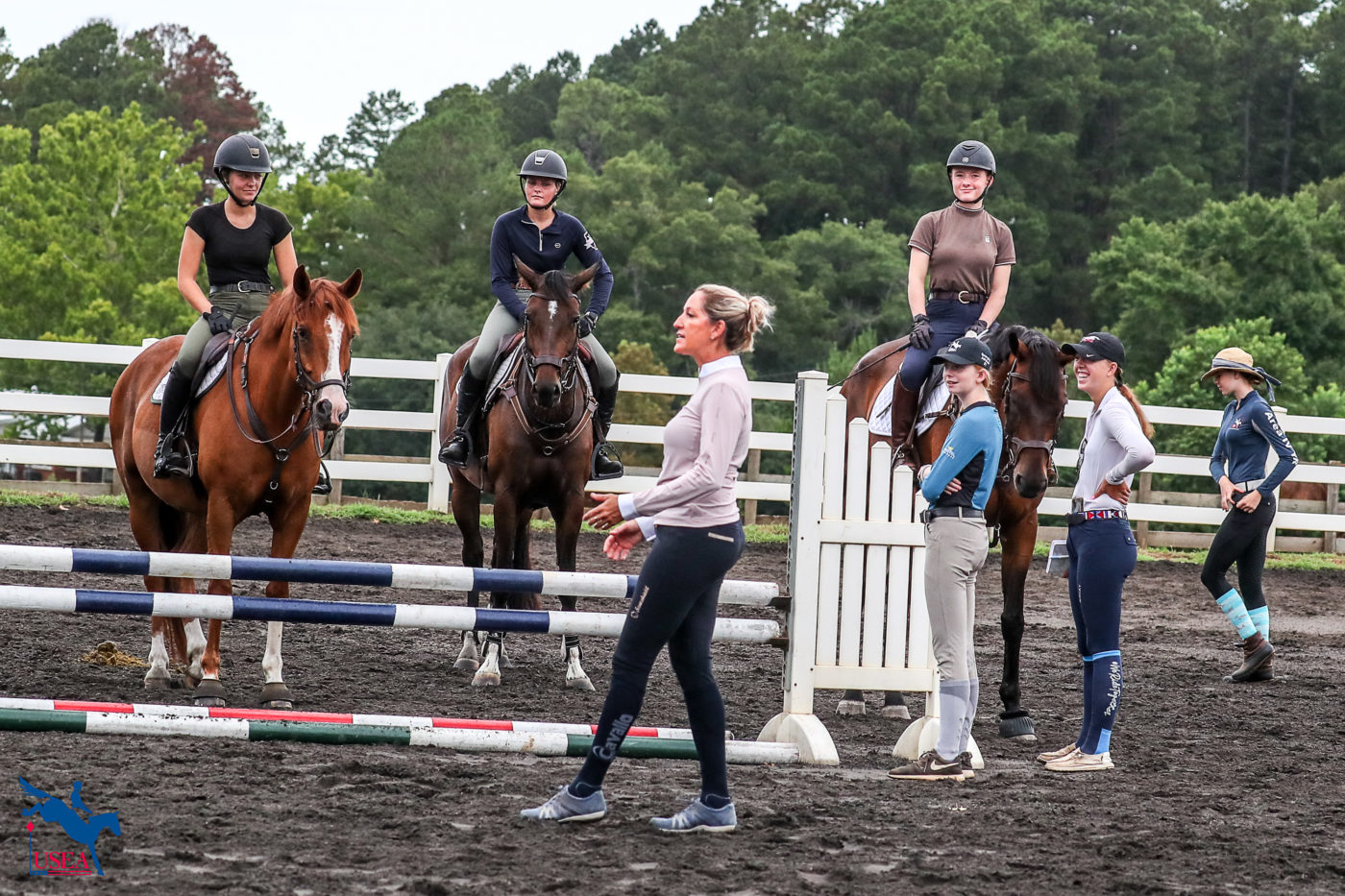 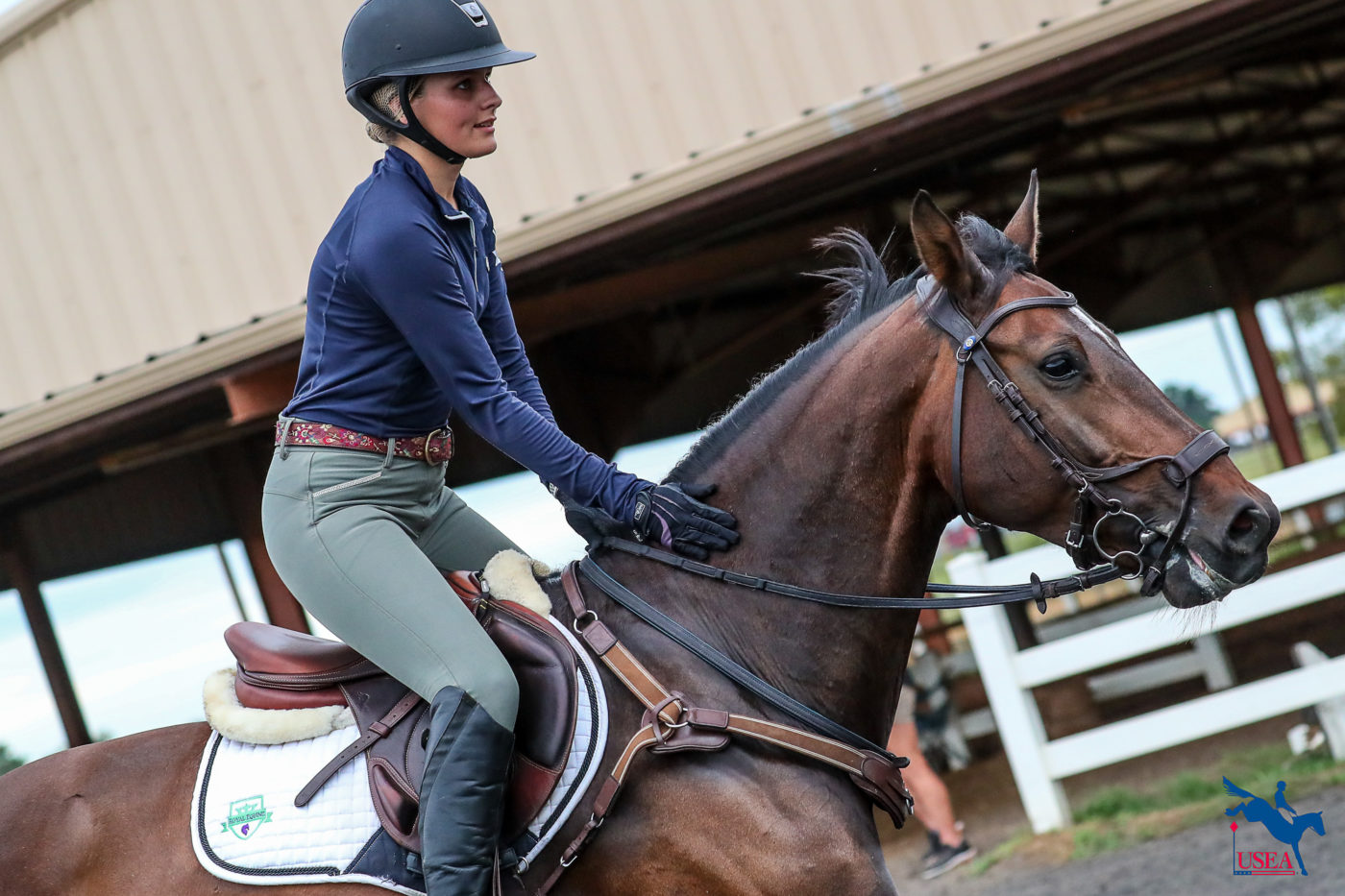 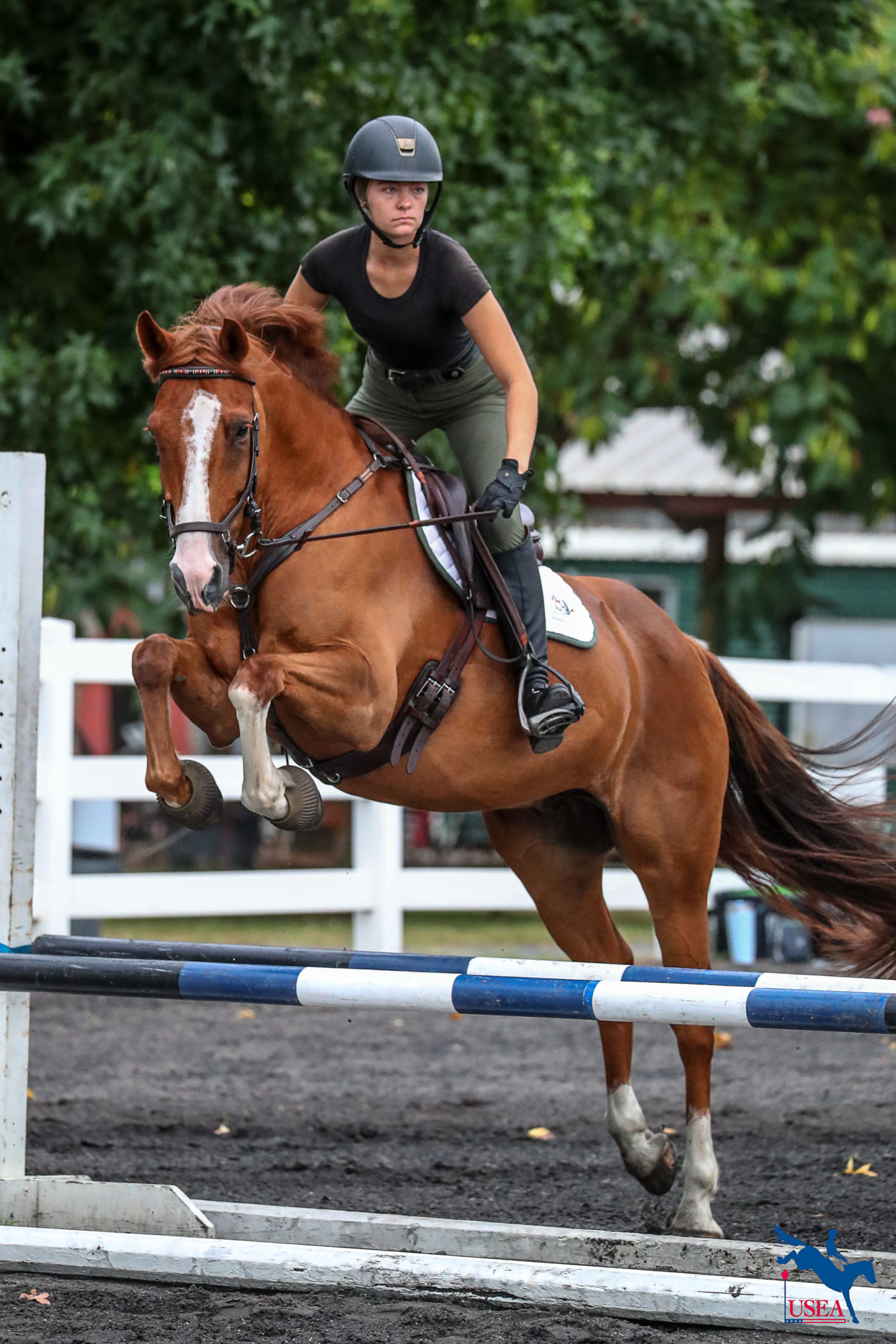 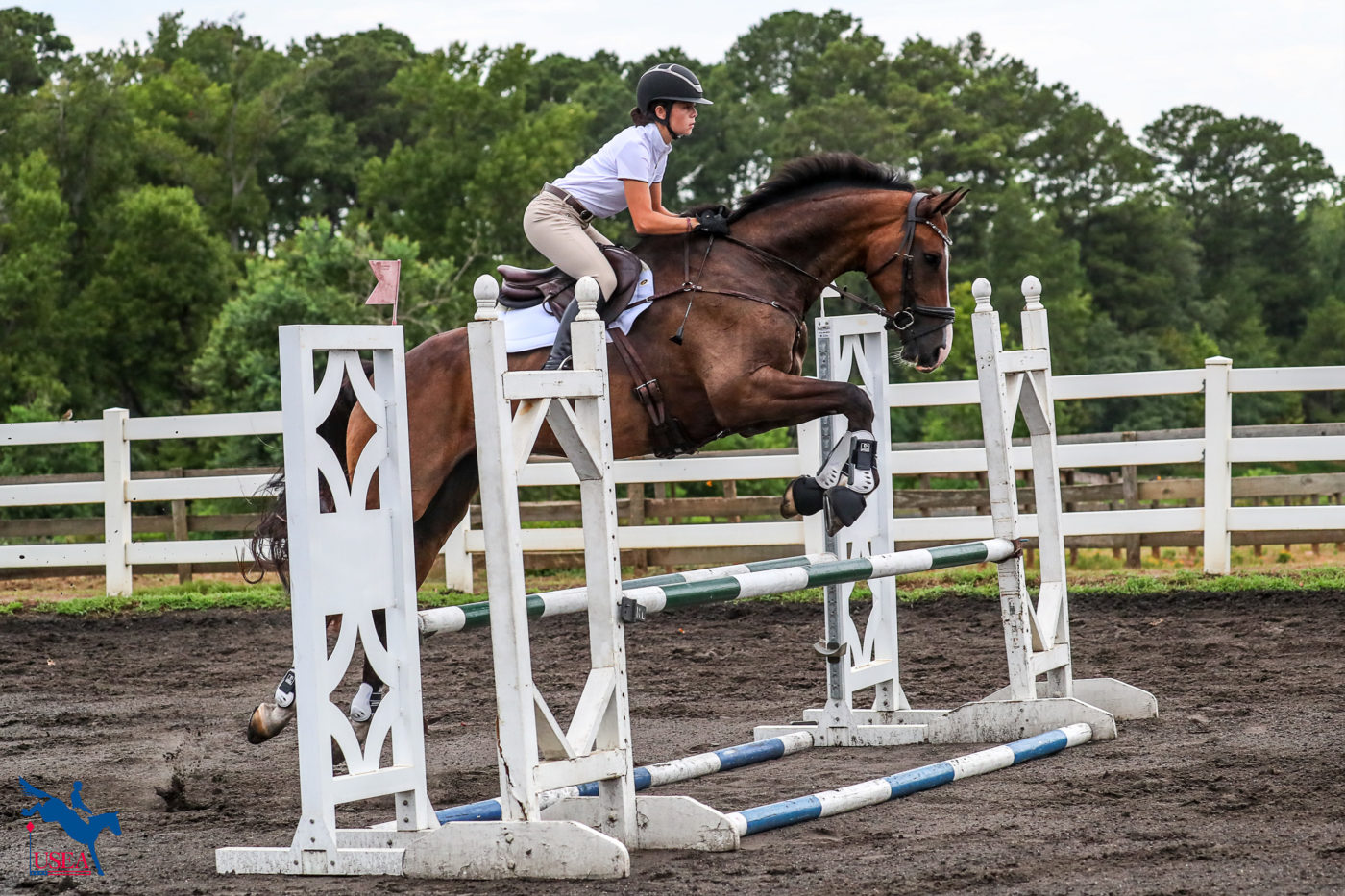