It was “always the bridesmaid, never the bride” for Auburn University at the USEA Intercollegiate Eventing Championship as the team has finished in third place for the last two years. This year they finally got their turn at the top of the podium, taking home the Championship title on a final score of 92.125. Team Auburn Orange is comprised of equal parts Championship veterans and newbies, with rising senior Sallie Johnson and recent graduate Lydia Kennedy returning for the third time and rising seniors Aubrey Wagner and Meredith Kramer attending the Championship for the first time.

“Lydia and I have both been [on the team] since the first year and it’s been really fun the last two years to be in the top three,” said Johnson. “We’ve always kind of been chasing the top placing, and we’ve been talking about trying to make it happen all year. As fun as it can be to come and even be in the top three, winning is just a completely surreal feeling.”

This was Johnson and Looking Rosey’s (Ludwig H x Rose’s Double) first CCI* together and Johnson explained that she was happy to be walking away with a qualifying score. Johnson and Cynthia and Mark Rowan’s 13-year-old Thoroughbred mare scored a 35.9 in dressage, added 3.2 cross-country time faults, and picked up three rails in today’s stadium to finish in seventh on 51.1. “We had a great dressage and cross-country,” she recounted. “A little bit disappointing show jumping round this morning, but we still got a qualifying score and got it done. I was really happy with her and the effort she put in all weekend.”

Wagner and her own Clooney MS (Clinton II x Stutbuch), a 9-year-old German Sport Horse gelding, took home the win in the CCI*, adding just 3.2 cross-country time penalties to their dressage score of 36.7 to bring home the blue ribbon on 39.9. “I’m just over the moon about him,” Wagner said with a grin. “I couldn’t believe that we actually ended up moving up eight places [from ninth to first] and ended up winning. I couldn’t have asked for a better weekend.”

Kramer and her 16-year-old Thoroughbred gelding, Kentucky Gentleman (Doneraile Court x Northern Voyager), were tied for second place in the 40-horse Novice Rider division after dressage on a score of 29.8 and added nothing to that score to take home the win. “He was really great all weekend, super consistent, and put in a great dressage test to start off up at the top,” Kramer said. “We just got to have fun the rest of the way!”

Kennedy and Subtle Dream Unveiled rose from 15th place in the Open Novice division to finish in sixth place on their dressage score of 32.4. Kennedy catch-rode her own horse this weekend as the 14-year-old Thoroughbred mare is currently leased out to a rider who is learning the ropes of eventing. “It was really fun to bring her . . . I competed her up to the Preliminary level and I just did Novice on her this weekend for fun,” Kennedy supplied.

For Wagner, a first-time Championship attendee, she didn’t really understand just how big the Championship was going to be until she experienced it firsthand. “I knew it was a big deal, but I didn’t realize how big of a deal it actually was. All the teams showing their school spirit and the camaraderie that we all have was a really special feeling.”

“We’ve been doing clinics and training really hard with our individual coaches to try and become a team together and work together to win,” Kennedy explained. “It was very exciting.”

Kramer, the team’s other Championship newbie, said, “It was really exciting to get to come in the event’s third year as it’s growing and there are a record number of entries for the Championship. It’s been really fun to be here with everybody. We have great girls and a great team.”

The Clemson University Tigers team, made up of Sarah Pyne, April Crawford, Alexandra Peterson, and Kaitlyn Bardos, was this year’s Intercollegiate Reserve Champion team on a score of 93.73.

Pyne and her longtime partner Quintessential, her 10-year-old Irish Sport Horse gelding, tipped the last rail in stadium yesterday to take home second place in the Preliminary Rider division on a score of 33.8. The pair has been together since “Quinn” was a green-broke 4-year-old and they now have one Intercollegiate Champion and two Intercollegiate Reserve Champion ribbons hanging back home. “Overall, it was a very good weekend; I’m very happy with him,” said Pyne. “He’s been my rock.”

Crawford rode Tatham (Carmen's Baby x Kant Kachess), her own 18-year-old Thoroughbred gelding, to a 13th place finish on their dressage score of 36.9 in the Novice Rider division. Tatham used to belong to Pyne, who competed him through Preliminary, and is now showing Crawford, who is new to eventing, the ropes. “This was our second Novice,” explained Crawford. “It’s hard not to have a smile on my face with Tatham, he’s one in a million. It’s been a great weekend and I’m excited for next year, for sure!”

Captain Crunch (Contendro I x Perlonga), Peterson’s 10-year-old Westphalian gelding, is a relatively new ride for Peterson; the pair have only been together about three months. That didn’t stop them laying down a 28.1 in dressage in the Open Novice division and taking that score all the way to a fourth-place finish. “This was our third competition together and our first time finishing on our dressage score, so I’m very excited,” she explained. “He exceeded every expectation I had and I’m looking forward to our future.”

Bardos and The Myth of Arion (Rod and Staff x Oater Eater), Steven Bardos’ 15-year-old Thoroughbred gelding scored their lowest dressage score, a 28.8, and finished the weekend overall in 14th place in the Open Novice division. “I couldn’t pass up the opportunity to come compete with the team on my senior year,” said Bardos.

Webb and Pelear Por Oro (aka Pea), Becky Caravan’s 9-year-old Arabian gelding, finished second in the Open Beginner Novice division on a score of 37.7 after adding 8 show jumping faults to their dressage score of 29.7. “This is the best he’s ever run and I don’t even have words to describe how proud I am [of my team.] Last year we finished 18th, and this year, being president and my first year on the team . . . we decided to absolutely blow it out of the water this year and I am so proud of everyone here.”

LaVassar and Into Thin Air (Spartan’s Victory x Risque Revue), Jessica Schultz’s 8-year-old Thoroughbred gelding, placed third on their dressage score of 26.4 in the Open Novice division. “It’s the best rides I’ve had on him so far at a horse trials.” LaVassar stated.

McMurray and Fitz, her 19-year-old Thoroughbred gelding, unfortunately parted ways today on cross-country today in the Training Rider division. Her stirrup leather broke at fence 7, and she got all the way to fence 15 where Fitz jumped from a bit of an awkward distance and she popped off. “I jumped eight more jumps, so I was happy!”

Grace Fulton and Yippee Ki Yay (Linamix x Oasis Dream), her father Stephen Fulton’s 8-year-old Thoroughbred gelding, finished in the Junior/Young Rider Open Preliminary division in 8th place on a 47.5. Fulton joked that she stole the rider from her father, while her father took the ride on her horse, Leo the Lion Hearted, who finished eighth in the Training Rider division this weekend.

This afternoon, USEA CEO Rob Burk announced that the USEA Intercollegiate Eventing Championship will move to Chattahoochee Hills for 2019 and 2020 and will return to the Virginia Horse Trials in 2021 and 2022. Click here for additional information. 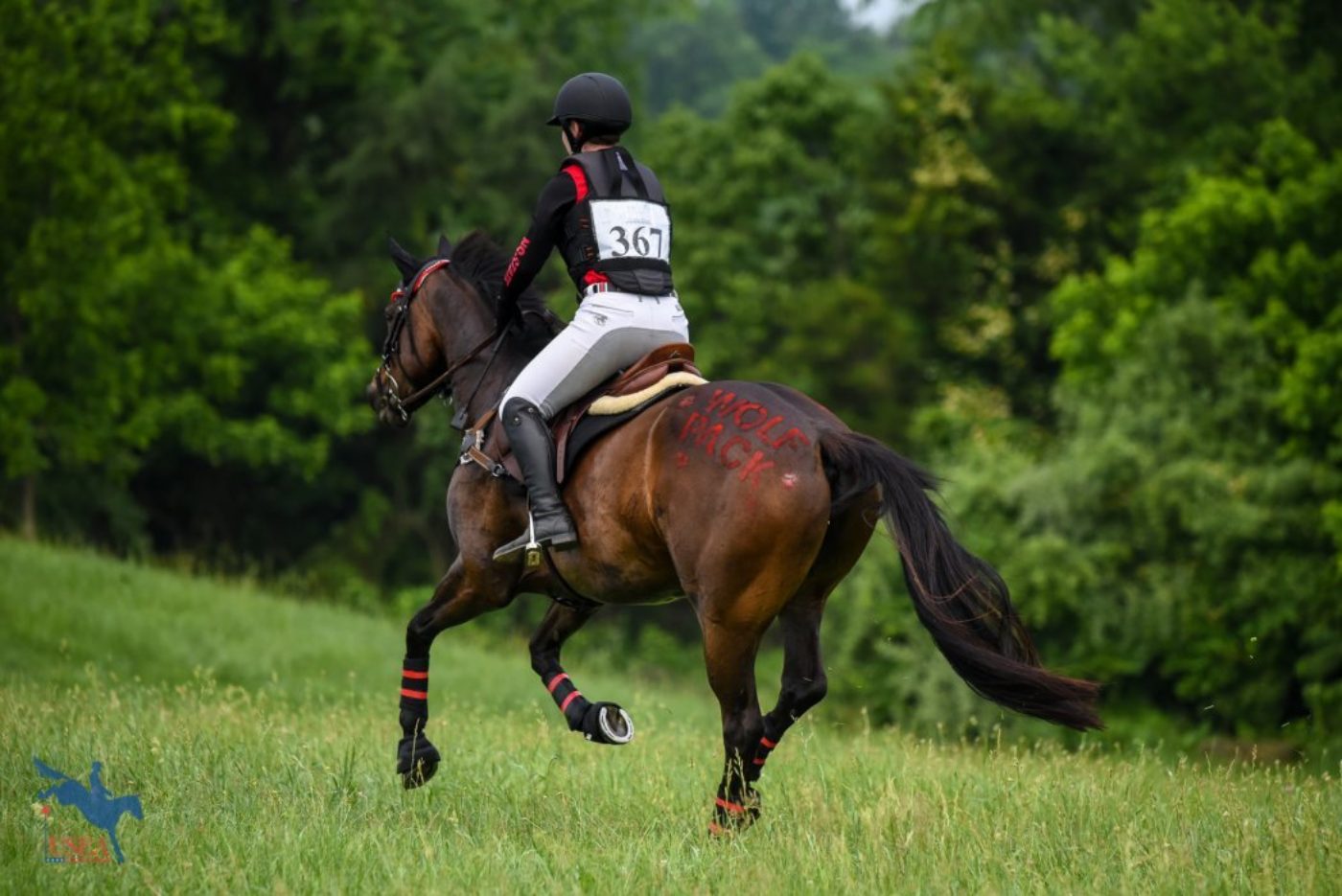 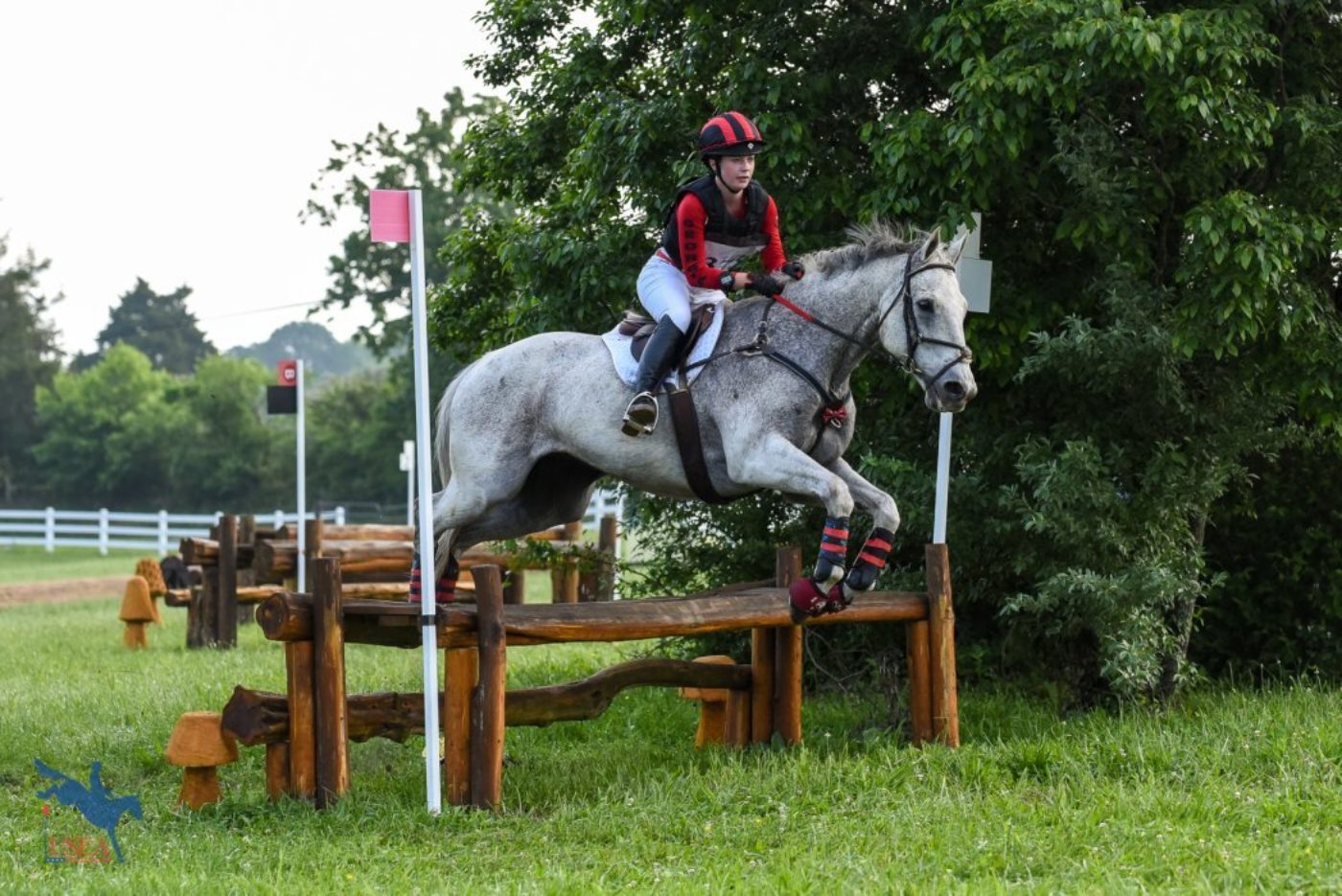 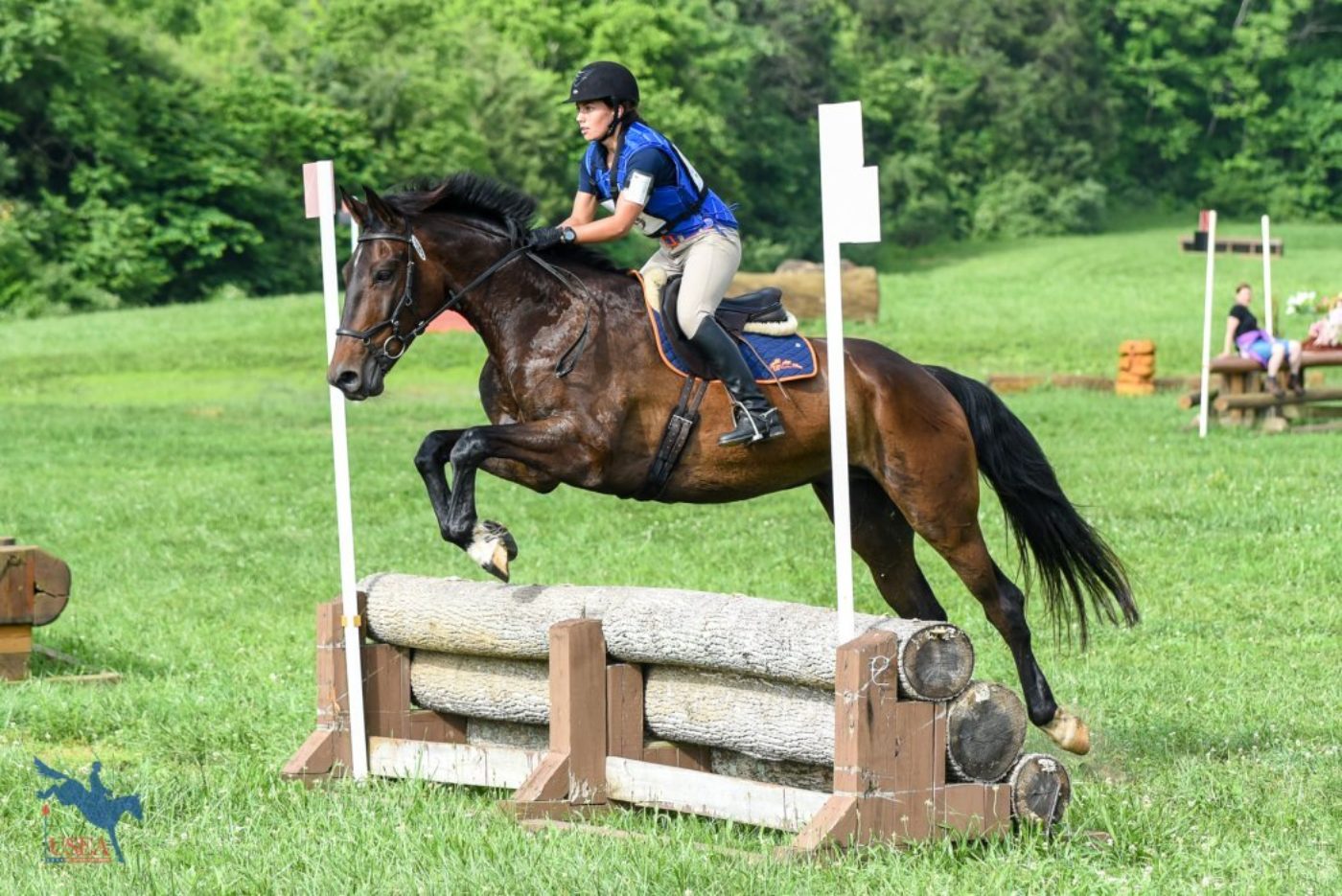 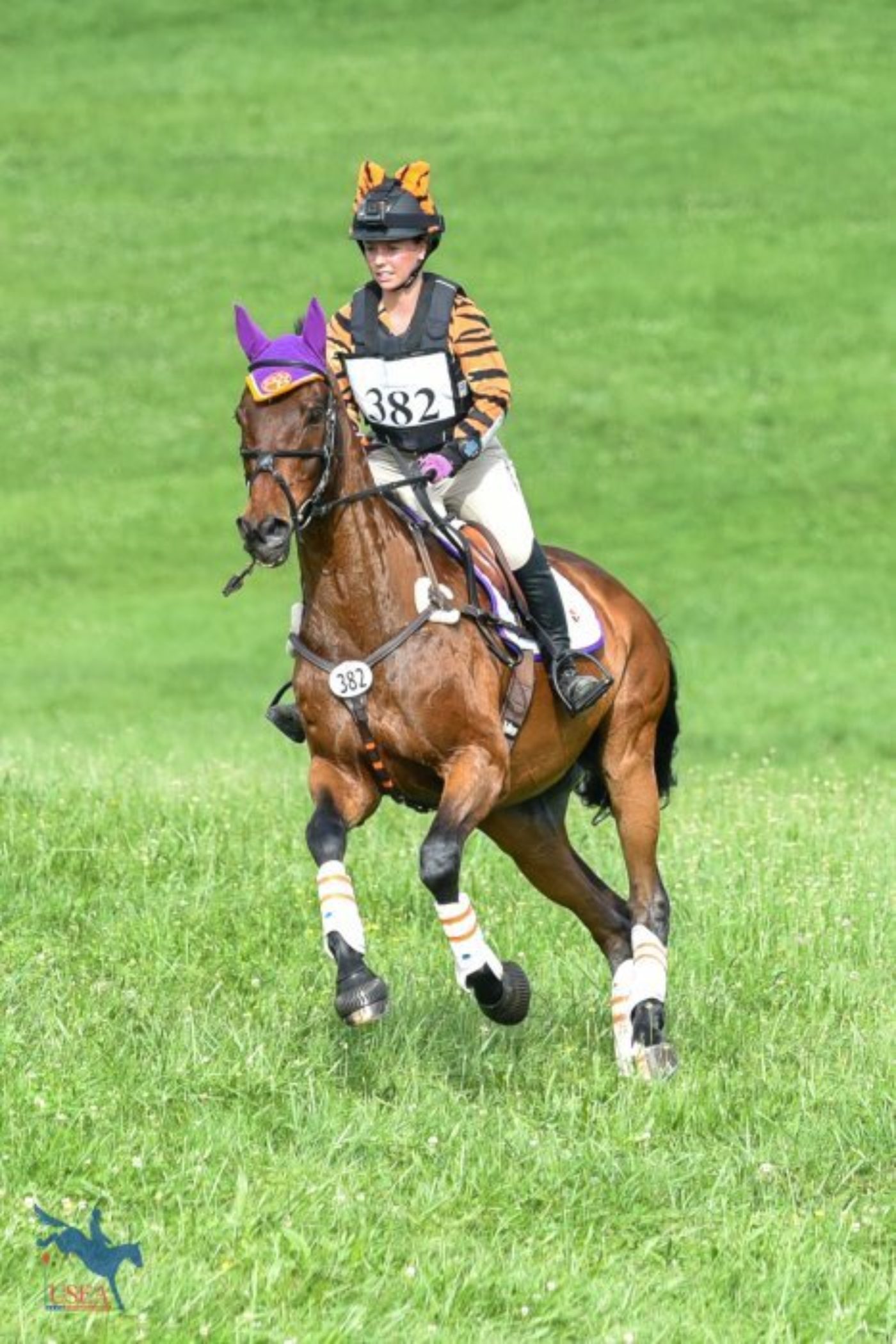 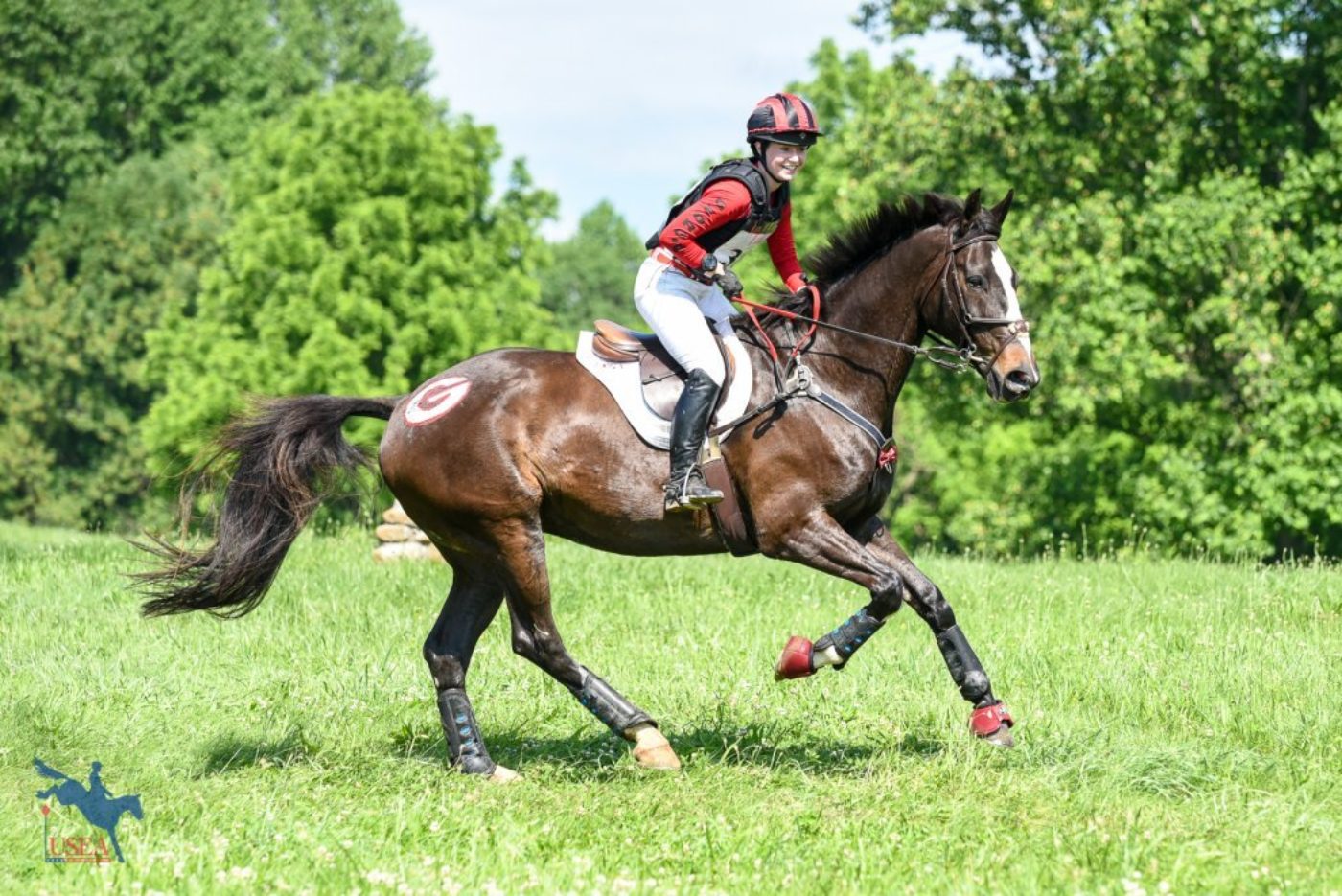 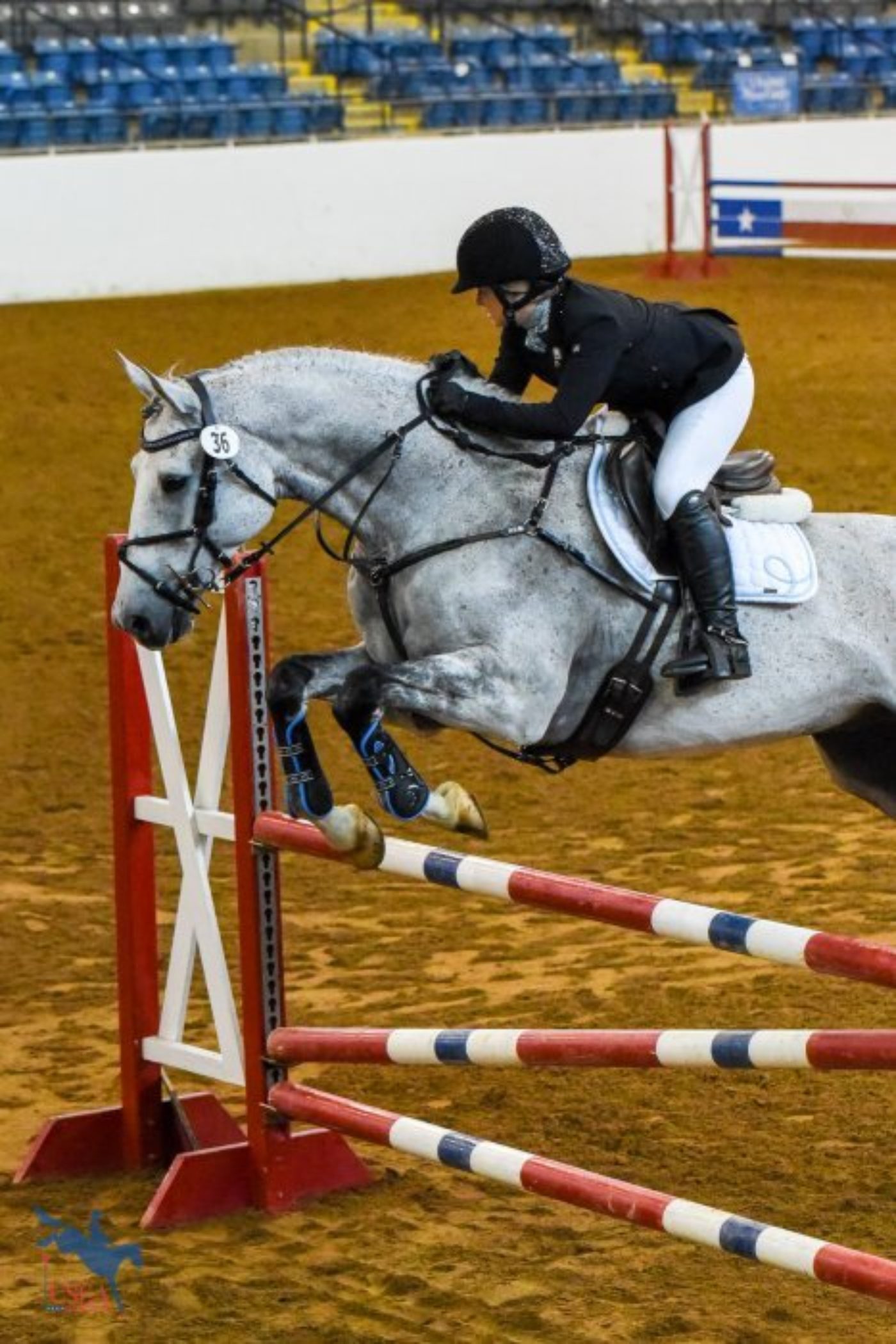 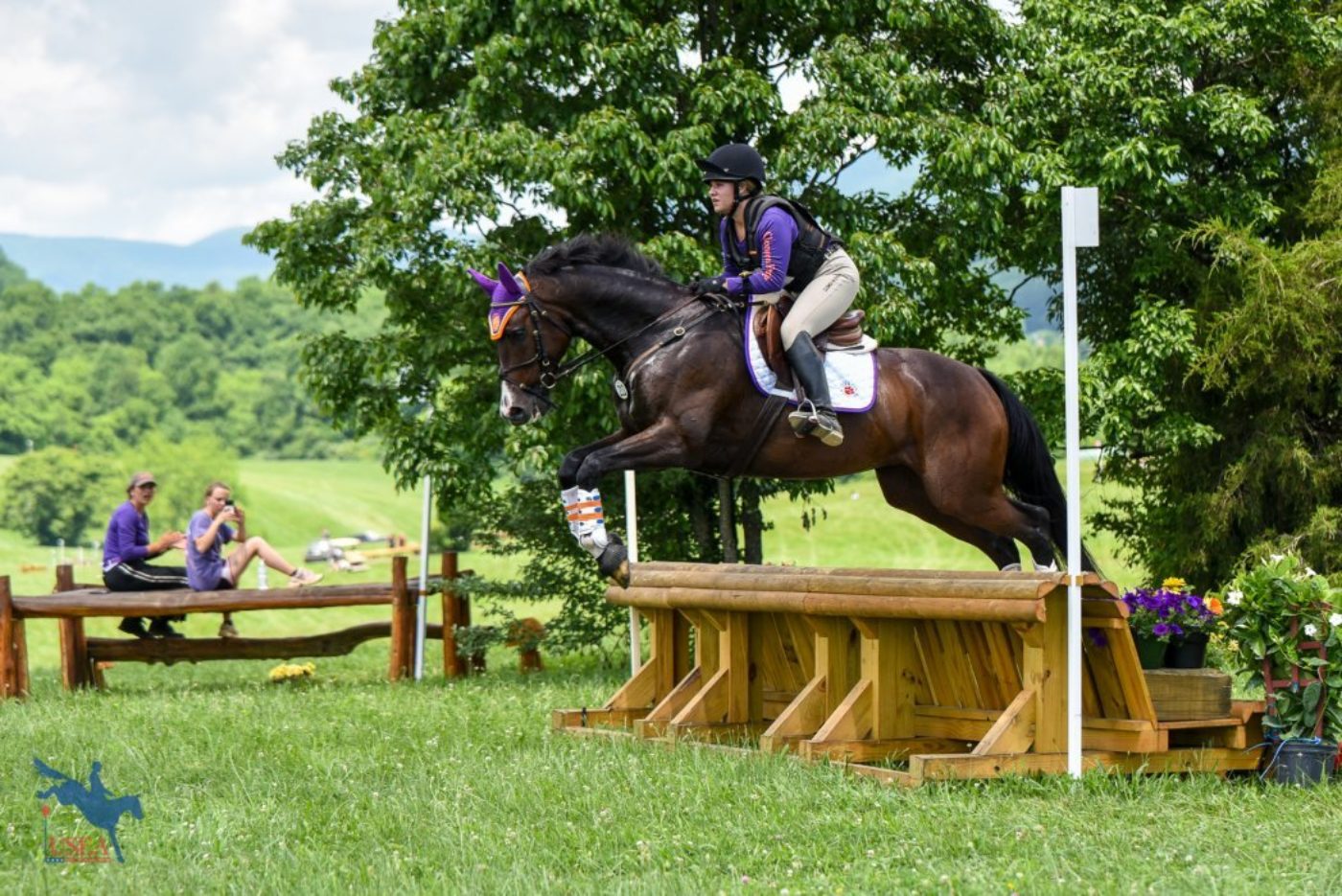