A Successful Final Pan Am Team Outing at Maryland International

With the 2019 Pan American Games less than a month away, the horses and riders selected to represent the United States in Lima completed their final prep event this weekend at the Maryland International Horse Trials at Loch Moy Farm in Adamstown, Maryland. U.S. Pan Am team rider Boyd Martin and Christine Turner’s Tsetserleg (Windfall x Thabana), a 12-year-old Trakehner gelding, led the CCI3*-S division from start to finish, adding only time faults to their dressage score of 22.5 to finish the weekend on a 24.1.

“He felt fantastic – I couldn’t have asked for a better preparation,” Martin said. “The show jumping, which has been his harder phase, he went in and really jumped well. He’s a bit of a quirky horse to show jump and I warm him up slightly different to a normal horse – I get there a bit early and pop over a couple of small, Training-sized jumps and a little combination and then I actually give him a walk and just let him take a deep breath and walk around for 20 minutes and then I warm him up, and it seems to work. I thought he jumped really well. It wasn’t that big. I don’t think he’s fixed – he’s always going to be a bit of work in the show jumping, but he felt like he was jumping in a good shape and it was a good course.”

“He’s a pro now,” Martin continued, referring to Tsetserleg’s cross-country round. “It’s amazing. Last year he just felt like a young horse still and this year he’s just a real seasoned veteran. I’ve actually got him in a softer bit now than last year. I didn’t try to ride him fast – I was just trying to go around the course without messing with him too much and slowing down that much and practice being a bit sneaky on a few of the lines and jumping the fences out of stride. He’s good and fit and it looks like he’s trotting up well, so I think we’re in good shape.”

Colleen Rutledge and Covert Rights (BFF Incognito x Let’s Get It Right), her 13-year-old Thoroughbred cross gelding, sat in fourth after yesterday’s dressage competition on a score of 26.3 and moved up into second place following two double clear jumping phases to finish the weekend on their dressage score.

Doug Payne and Vandiver (Windfall x Visions of Grandeur), his own, Jessica Payne, and Debi Crowley’s 15-year-old Trakehner gelding, picked up 2.0 time faults across the country to add to their dressage score of 29.4 to finish in third place on a score of 31.4. Vandiver is Payne’s direct reserve horse for the Pan American Games.

Payne’s Pan Am mount, his own, Catherine Winter and Laurie McRee’s Starr Witness, sat in third place after dressage and show jumping on a score of 25.5 but picked up 8.4 time faults on cross-country, dropping them to seventh place on a 33.9. Payne and 8-year-old Dutch Warmblood mare (Chello III x Carmen) haven’t been out since they won the CCI3*-L at Jersey Fresh International in May, but he said she feels excellent.

“It was a good course for her because it was a lot of stuff she wouldn’t have seen before because we just haven’t come here [to the Maryland Horse Trials],” Payne said. “It was a really good experience for her. There were a couple distances honestly that were a little bit short – it surprised me a bit – but she’s so catty and quick that it’s not much of an issue for her. Time-wise I just kind of cruised around, I wasn’t going to go [for time].”

Mai Baum arrived in Virginia from California earlier this week and Smith said he’s been settling in quite well, despite the heat and humidity. “He’s been really fresh actually,” Smith admitted. “It’s his first run since he did the long format at Twin Rivers [in April] so he definitely needed a run . . . Everything rode really great. It gave you a really good [feeling] – it was such a great final run before something big.”

“This is why we come to shows before we go to the Pan Ams,” Symansky quipped. “He jumped quite well in the show jumping. We’ve been playing around with a little bit of a different style of ride and I came around the corner to the liverpool and I softened and it’s like he didn’t see it and he just halted. He’s not a stopper so it just caught us both a little by surprise. I’m not saying those things are good, but at least it was a bit of a wake-up call. He feels better in his body – I think it was just one of those things, sometimes these things happen . . . we definitely will be jumping a lot of liverpools!”

The riders were all in agreement that Ian Stark put together a top-notch cross-country course at Maryland. “I thought Ian really upped the track this year and I thought it asked some good questions,” said Symansky. Martin observed, “It’s harder than it looks just because it’s on a smaller piece of land, so you’ve got a combination and 20 strides later you’ve got another combination. I actually think it’s good for the horses and good for your riding because you don’t have this luxury like you do at a long format where you can canter along for 30 seconds and regroup a bit – it comes up quick.”

USEF Eventing High Performance Director Erik Duvander explained that the prep event serves as a place to check in with each horse and see if there’s anything that needs fine tuning before heading to Peru. “The reason why we’re here is to test all the horses in all three phases and see if there’s any red flags or anything we need to practice a bit more. We’ve got a couple of things we need to do before we travel so we know that now.” 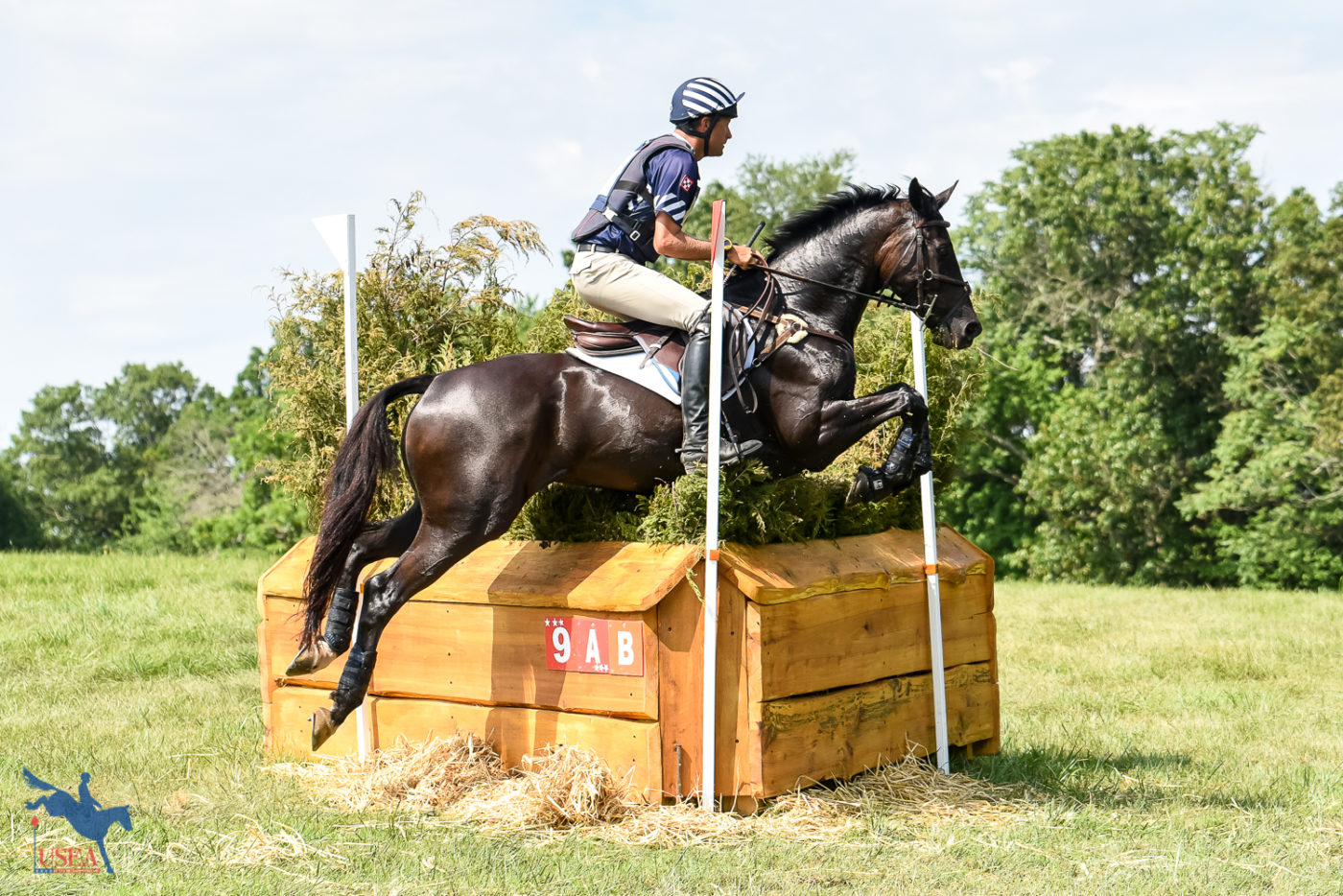 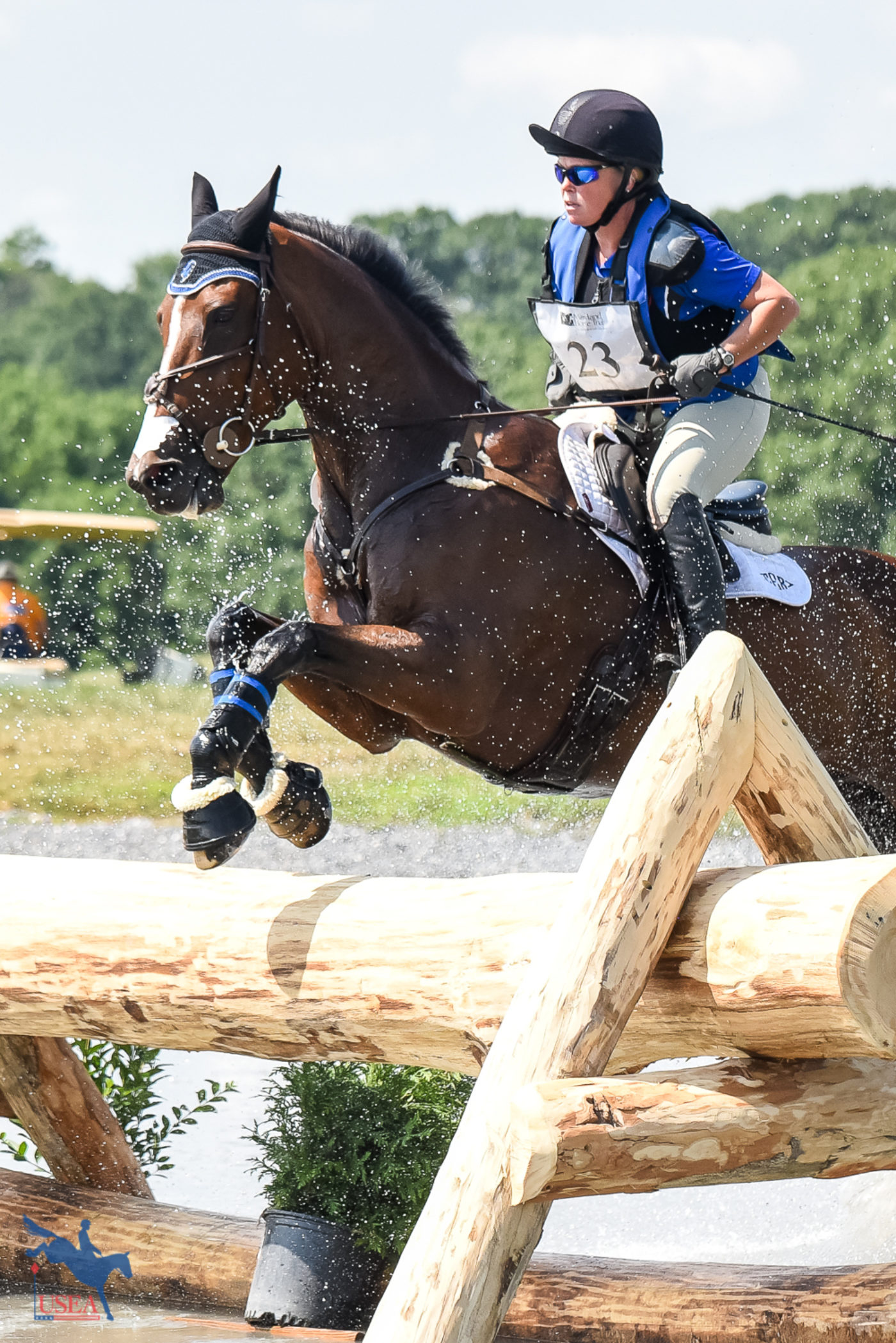 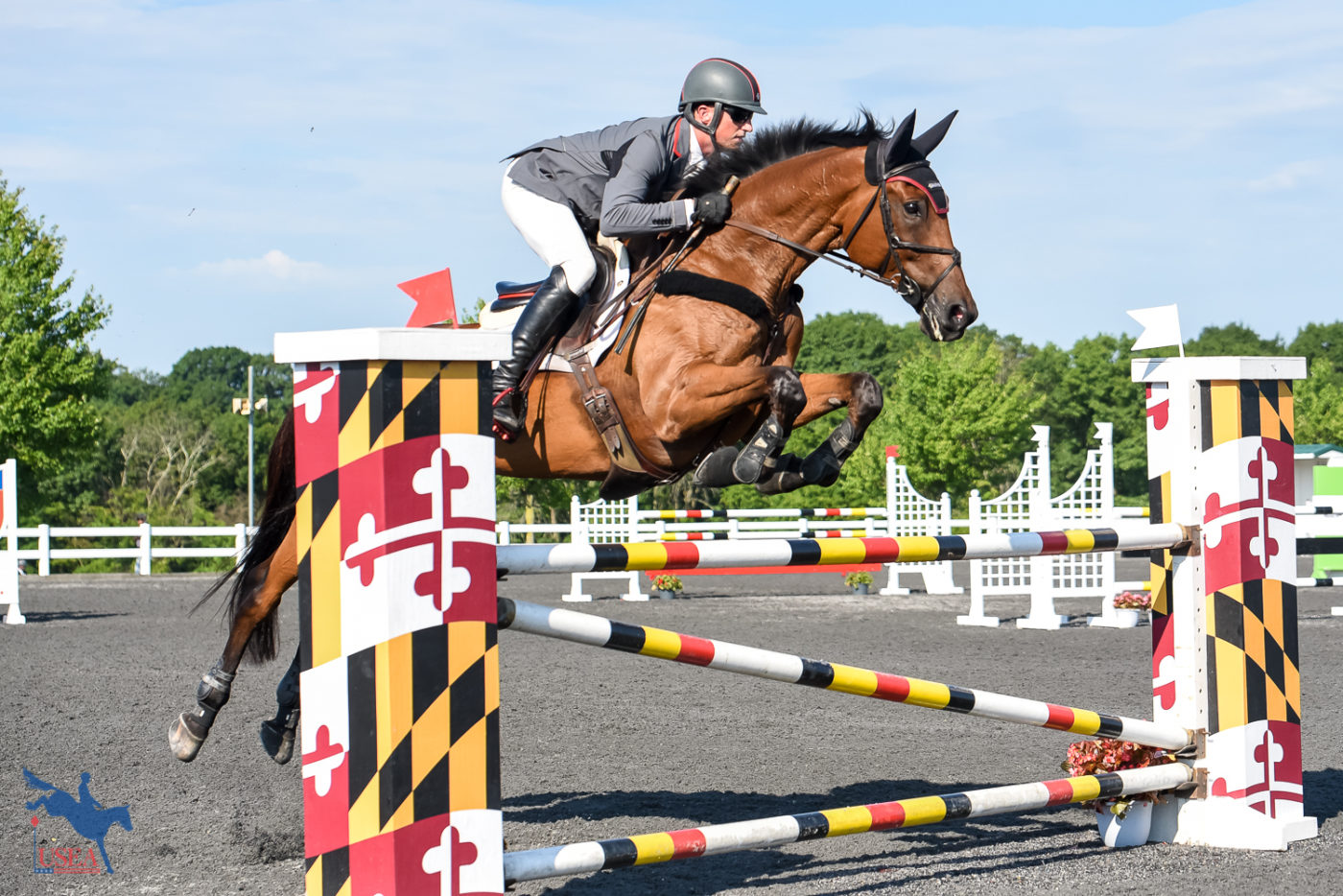 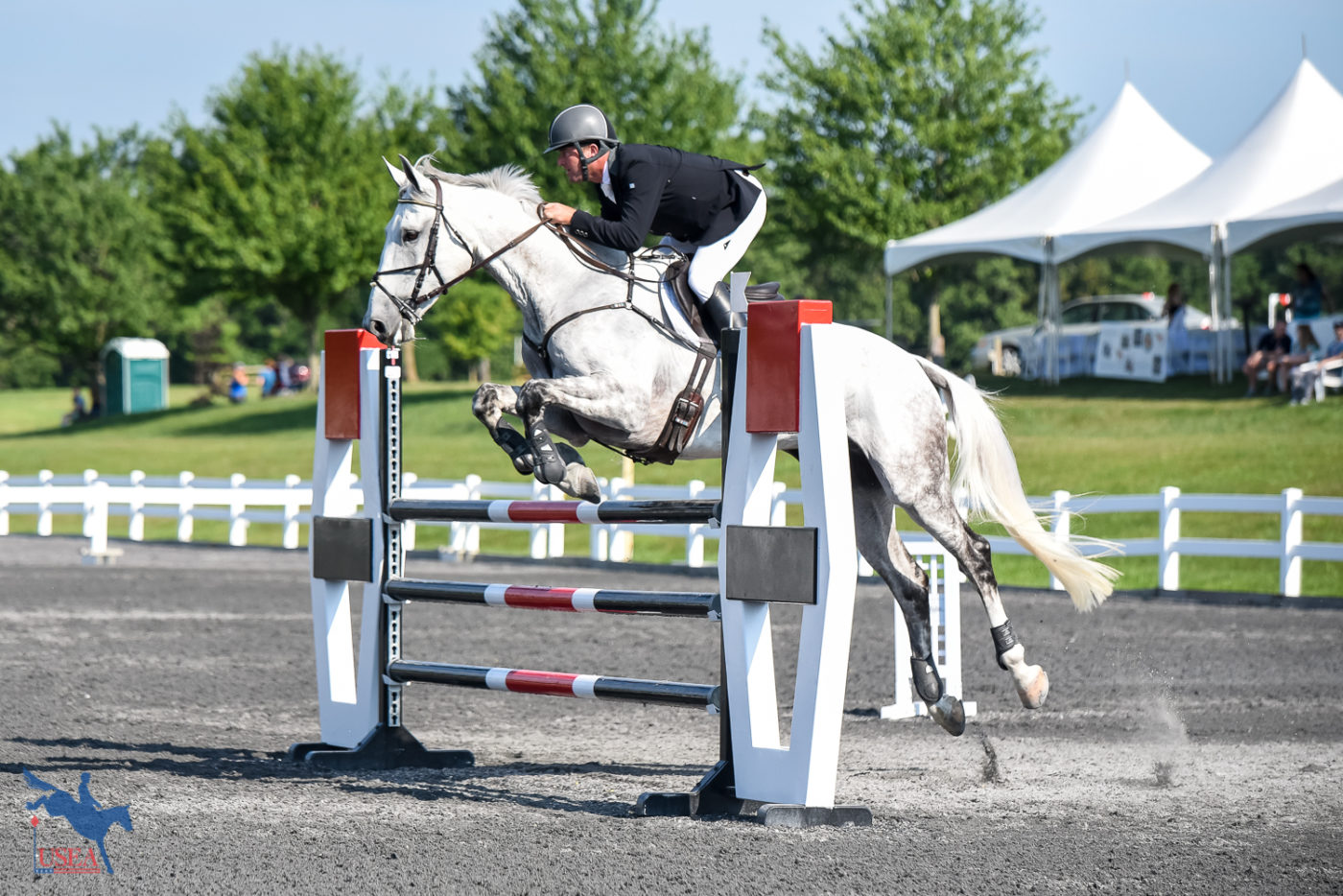 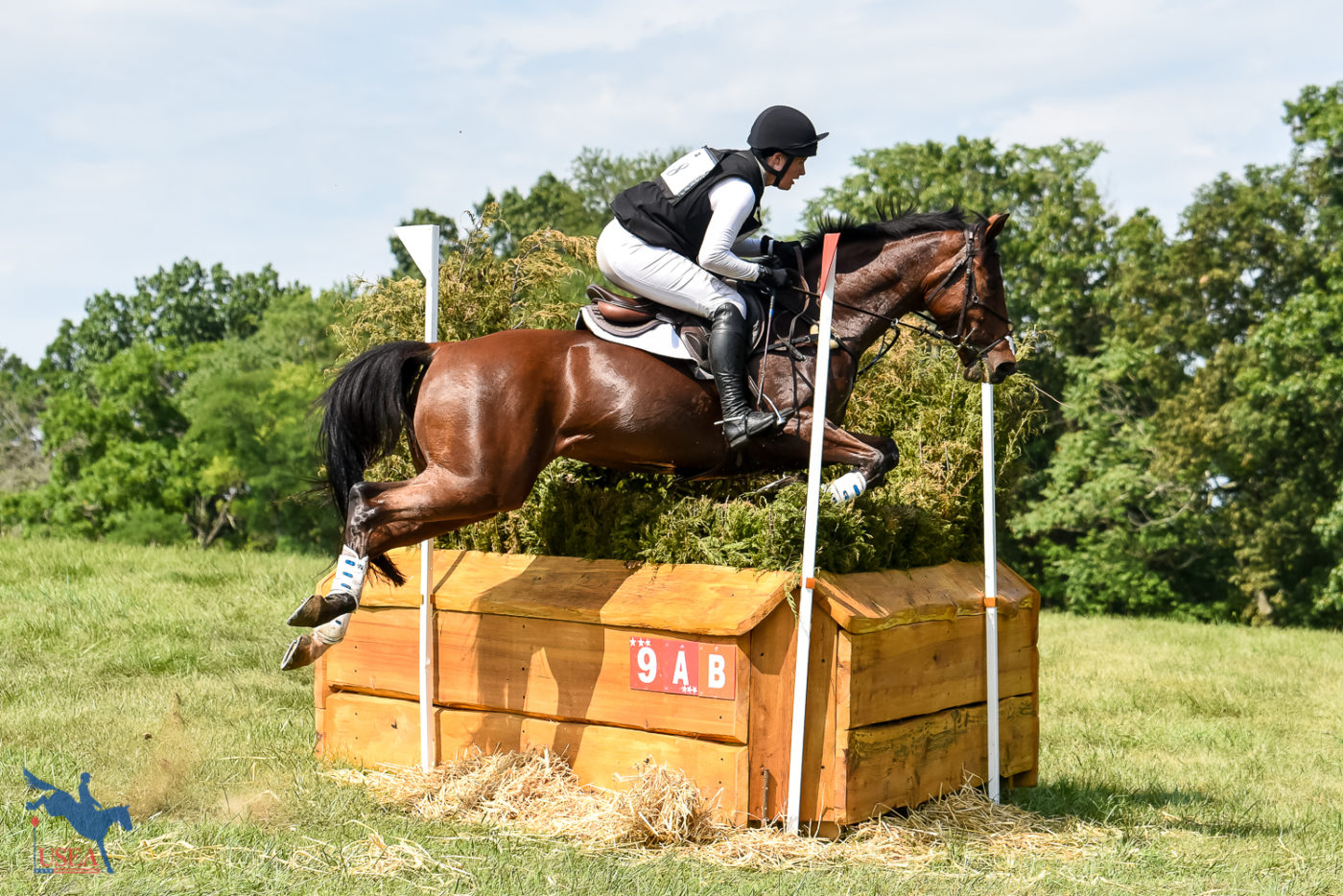 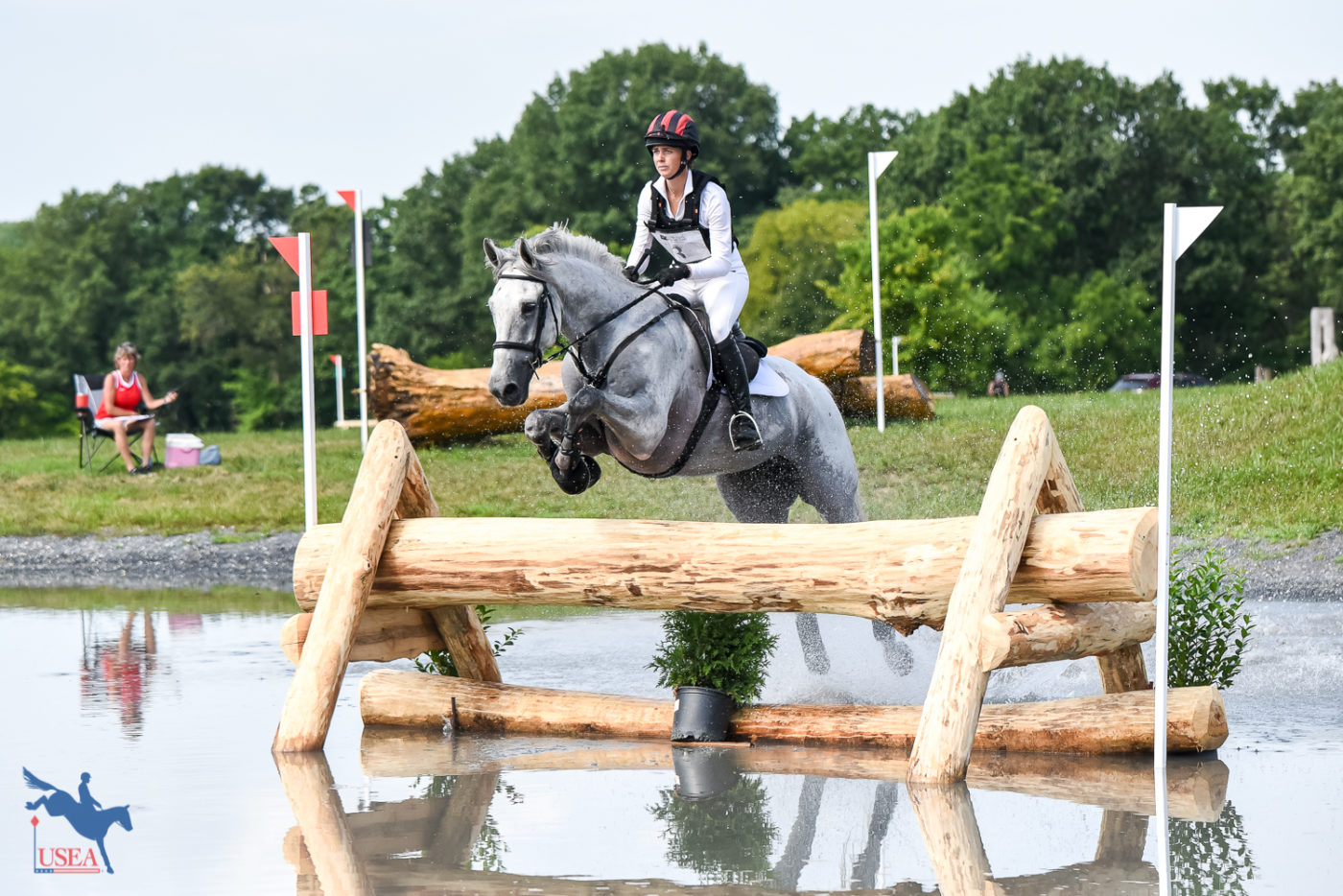 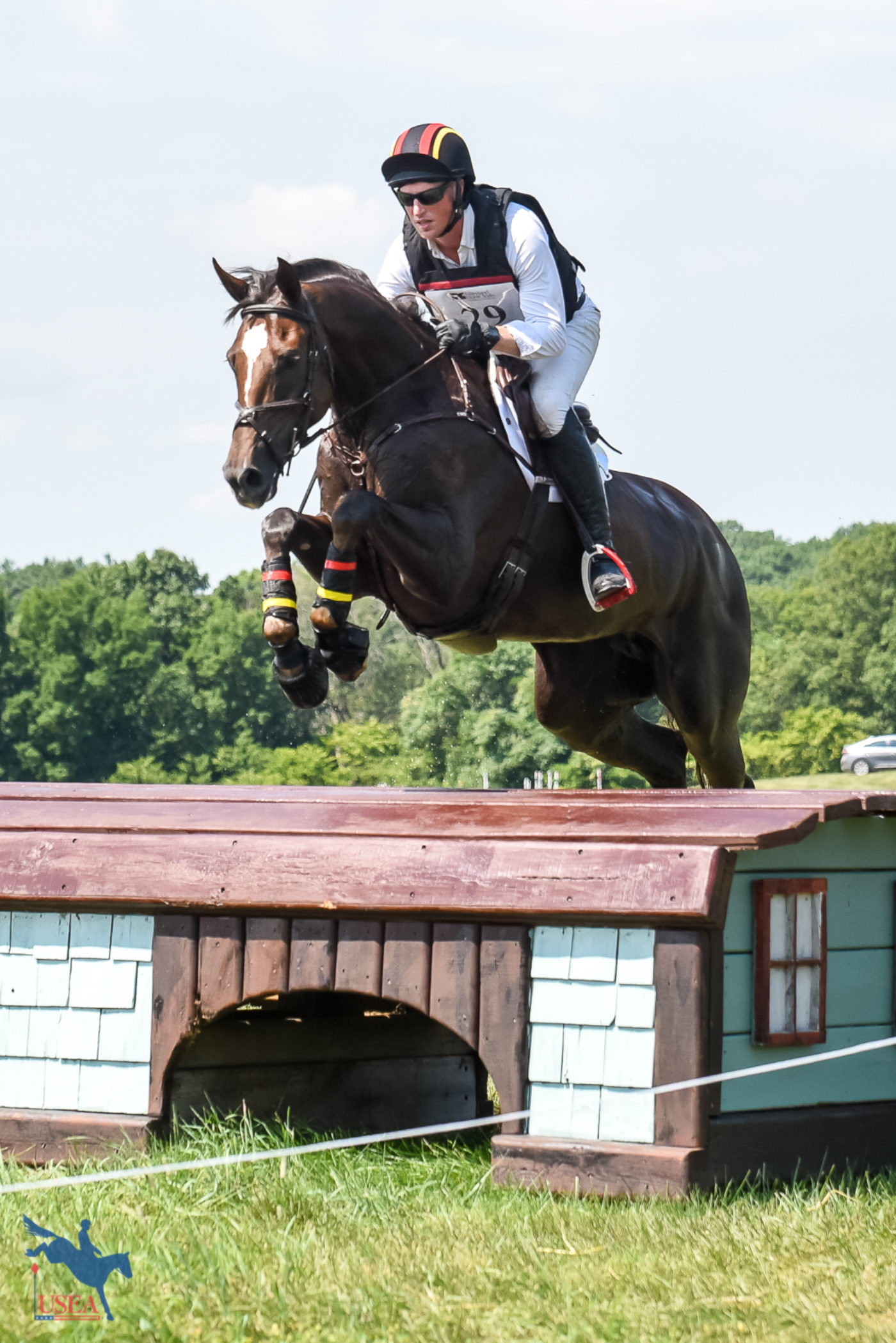 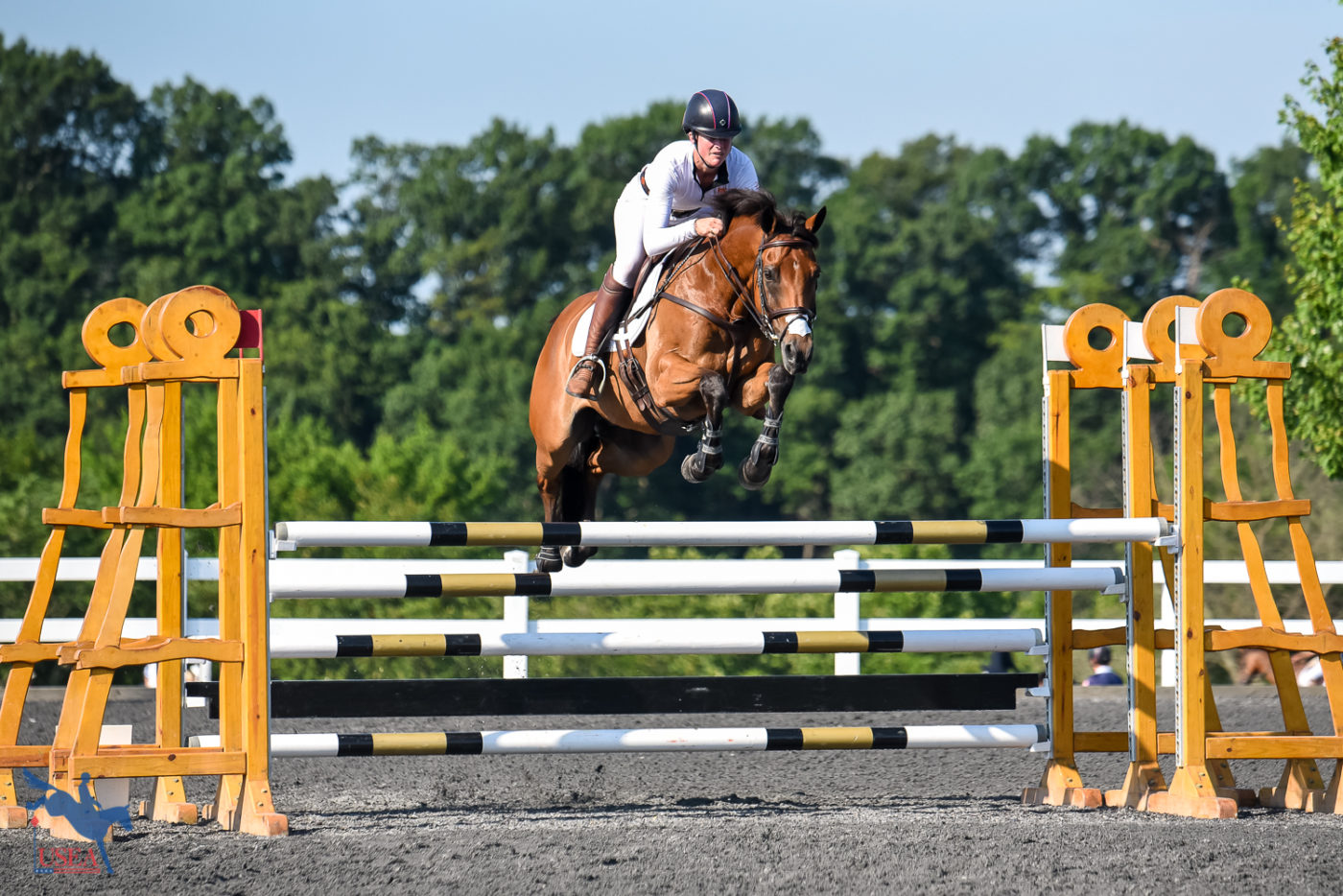 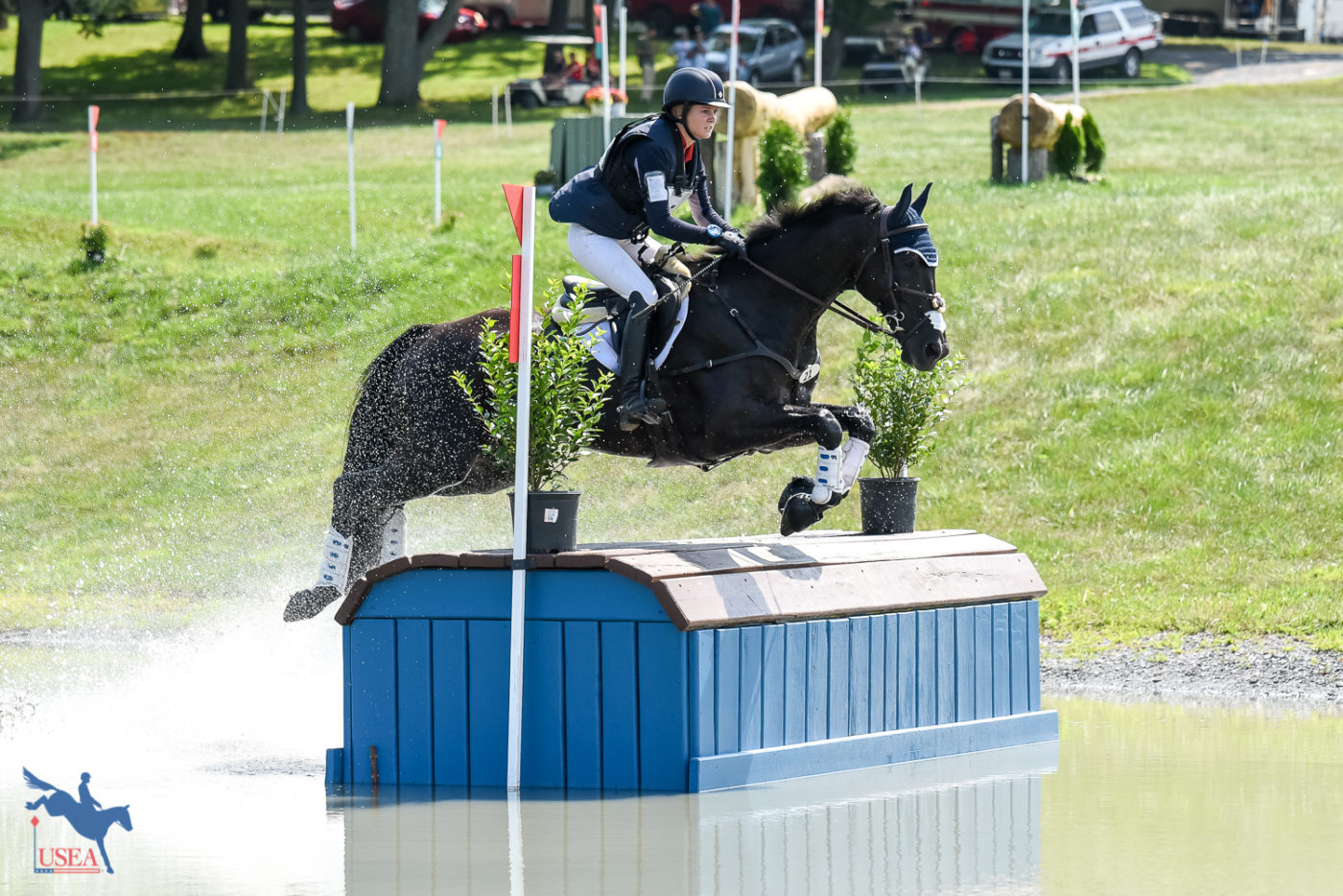 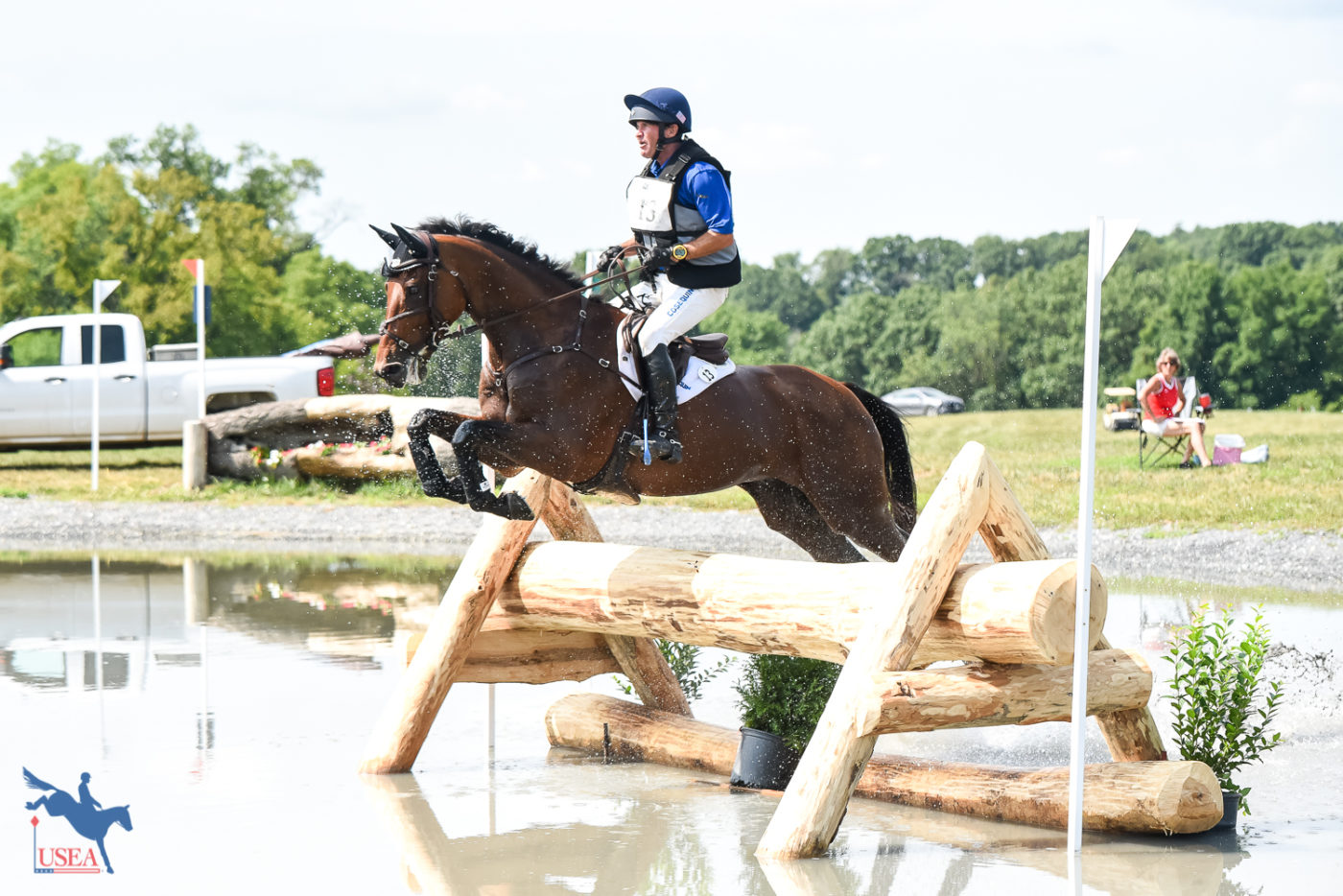 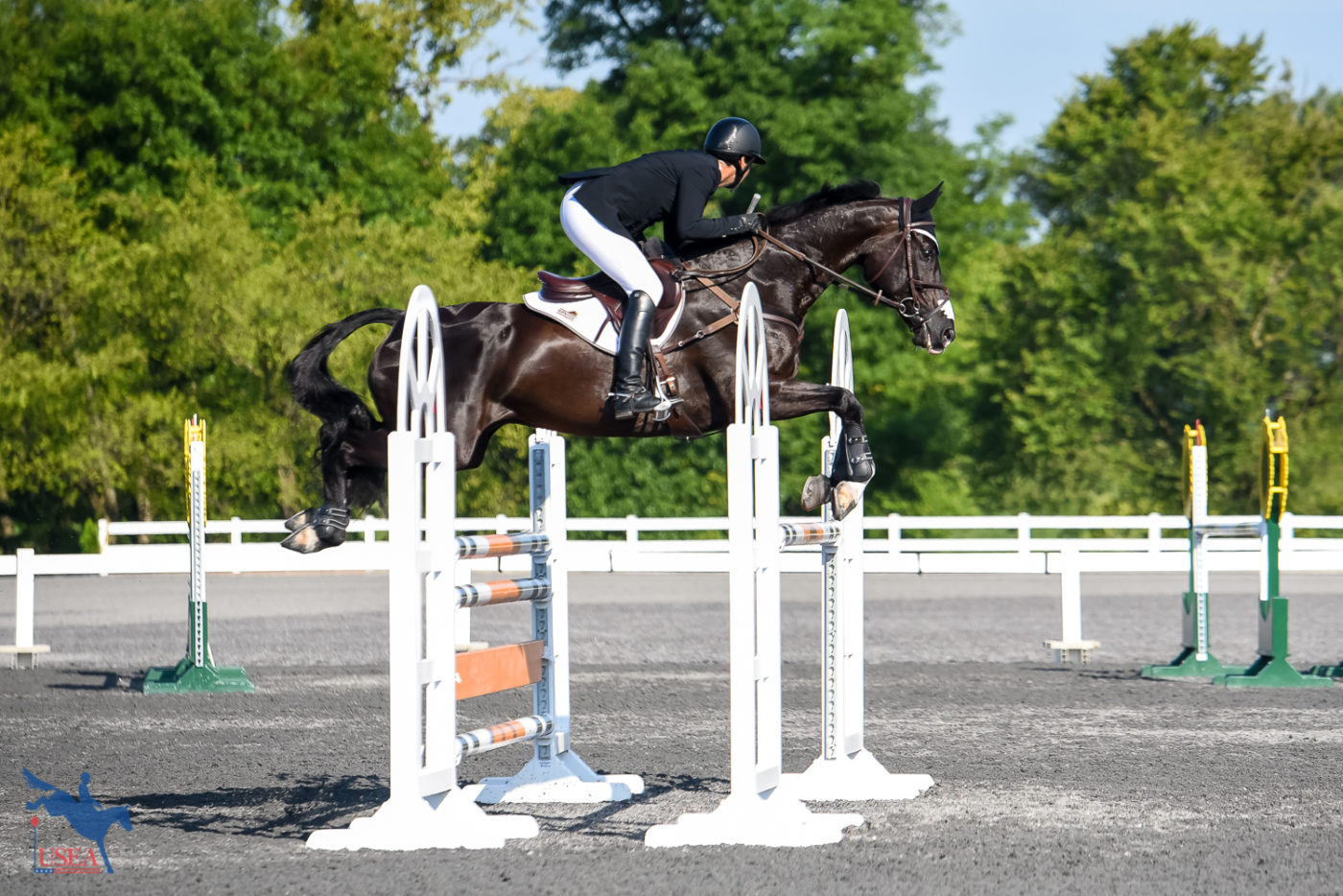