Frankie Thieriot Stutes and Chatwin (Contendro I x Oktav) were crowned the winners of The Dutta Corp. Fair Hill International Three-Day Event CCI3* this afternoon at the Fair Hill Natural Resource Management Area in Elkton, Maryland. Thieriot Stutes and The Chatwin Group’s 10-year-old German Sport Horse gelding jumped a flawless clear round over Marc Donovan’s show jumping course to take home a wire-to-wire win and The Dutta Corp./USEF CCI3* Eventing National Championship title on their dressage score of 27.3. Thieriot Stutes also received the Alexander MacKay Smith Trophy, which goes to the highest placed U.S. rider in the CCI3* who has not yet completed a CCI4*.

“What an incredible year this was for me,” Thieriot Stutes reflected. “I was thinking for a minute this morning just how grateful I am for all the incredible people in my life. Chatwin’s certainly at the top of my list too but, I can’t even tell you how many good luck texts I got coming into this week from so many people and every single one of them meant so much to me. I think everyone up here would agree that it’s the people who get you where you’re going and when it’s going great it’s really great to have them but those people are always there if it doesn’t go great too. I’m feeling incredibly lucky and very, very grateful right now.”

“This weekend, I came here and I was like, ‘You know what, I’m just going to be in this moment and be present with Chatwin and if I can do the best we can do then that’s going to be good enough for me,’” Thieriot Stutes said. “Even today coming into the ring, I think I was the most calm I’ve ever been going into the show jumping. I just knew that I could stick to my plan and that I could just jump each fence with him . . . Even walking the course in the morning my thoughts would kind of wander out and I would say, ‘No, right here Frankie. Just get back in your zone,’ and that’s what I told myself going in – just stay in your zone and you’ll be fine.”

Martin had two rides in the CCI3* and explained that having multiple rides can help “break the ice” and get things started off on the right foot, “especially on cross-country day or show jumping day if you can get a bit of a feel of the atmosphere and the course design.”

“Long Island T has had a wonderful year after a terrible start,” Martin said. “We bought him 18 months ago and it was horrendous to start with, but he’s won one three-star and come second in another this year. There was a time where I was thinking about getting out of him and trying to figure out how to sell him but he’s just come good.”

“I’ve been in three-stars all around the world and this is one of the best courses, best venues. If you can get through this event you know you have a horse who will be competitive anywhere in the world. It really builds the horses up for four-star next year and we’re very grateful that Tim Dutta backs this event. The cost of putting on a show like this far exceeds the amount of money you get from entry fees. We’re very grateful. It’s wonderful and I can’t wait to see the four-star here in a year or two.”

Buck Davidson and Maya Simmons’ 10-year-old Thoroughbred gelding Archie Rocks (Le Monde x Unbridled Diva) just tipped the rail on the final fence on course, picking up an additional 4 penalty points and dropping back into third place on a final score of 36.4.

“He really has kept improving each event out,” Davidson said of Archie Rocks, who he has only been riding since earlier this year. “His dressage scores have gotten better every event out. He did the best dressage he’s ever done for me and the cross-country was very easy for him. Today he jumped very well; I was bummed to have the last fence down.”

I’ve been working very hard on his show jumping with Kevin Babbington and he’s really helped me a lot with [Archie Rocks],” Davidson continued. “It took a bit of trust because he’s having me just gallop him into the jumps and when you’re going in you want to be careful - it’s a little tough to trust somebody – but I felt like it really worked and the horse jumped really well. Hopefully he’ll keep improving and we’ll see what we have in the winter.”

“On Cue’s a real star,” Martin said, “Christine Turner has backed me with a couple of horses and I think this one could be as good as any of hers. She’s very elegant and she’s got a great gallop and a brilliant jump. I’m looking forward to having her here next year in the three-star.”

Beshear had no breathing room going into today’s show jumping competition but said she felt confident because “Sam” is such a good show jumper. “Sam tends to be careful in the show jumping,” she explained. “Every now and then he can get a little casual and maybe almost a little too relaxed but I think it almost helped me that it was windy and things were blowing around – it kept him a little more aware of the jumps.”

“It felt good going in – he’s got really good home team support around here and he was bred not far from here so his breeder was here today to watch and a lot of people from the farm were here yesterday cheering him on. It sort of felt like it was meant to be for him to be successful today.”

Will Faudree and Michel 233 (Mighty Magic x First Lady), Jennifer Mosing and Sterling Silver Stables’ 8-year-old Hanoverian gelding, held onto third place with a double-clear show jumping round to finish on a final score of 28.3.

“He’s a very cool horse,” Faudree said. “He actually won the Bundeschampionat in Germany as a 5-year-old and then was sold to a young rider in the U.K. who did nothing with him his 6-year-old year. I bought him at the end of his 6-year-old year and he was very weak. He came here last year in the two-star having only done a handful of Intermediates and jumped around. I didn’t do a spring CCI [this year] but I had the Fair Hill two-star as the end goal for the year to give him time to mature and grow.”

“I couldn’t have been happier with him the whole weekend,” Faudree praised. “He’s tough in the show jumping so I knew I needed to go in and be very accurate and get him to the right spots and keep the canter active without getting long, so I was thrilled when he jumped clean. It’s fun to be in a press conference at Fair Hill on a Sunday!” 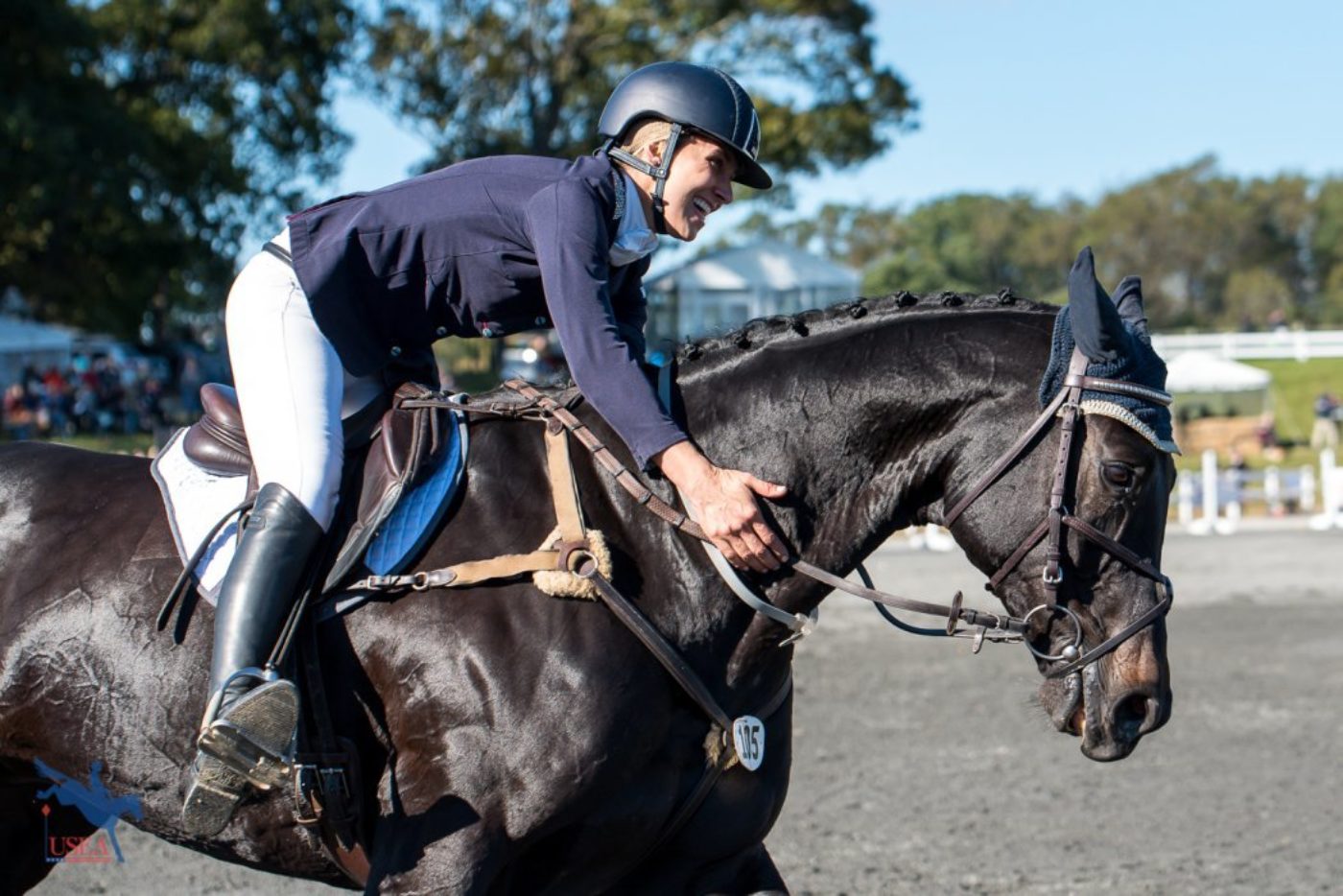 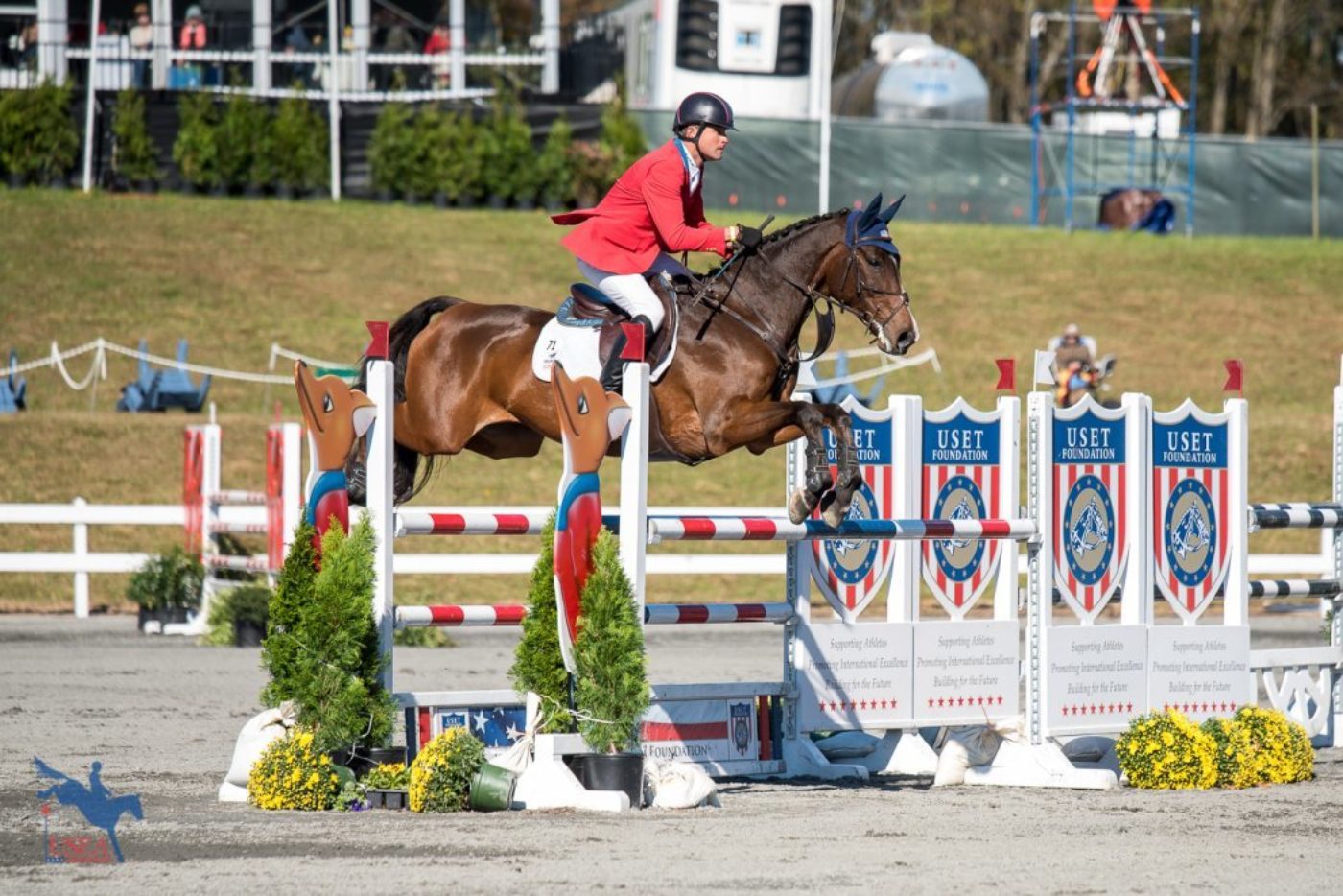 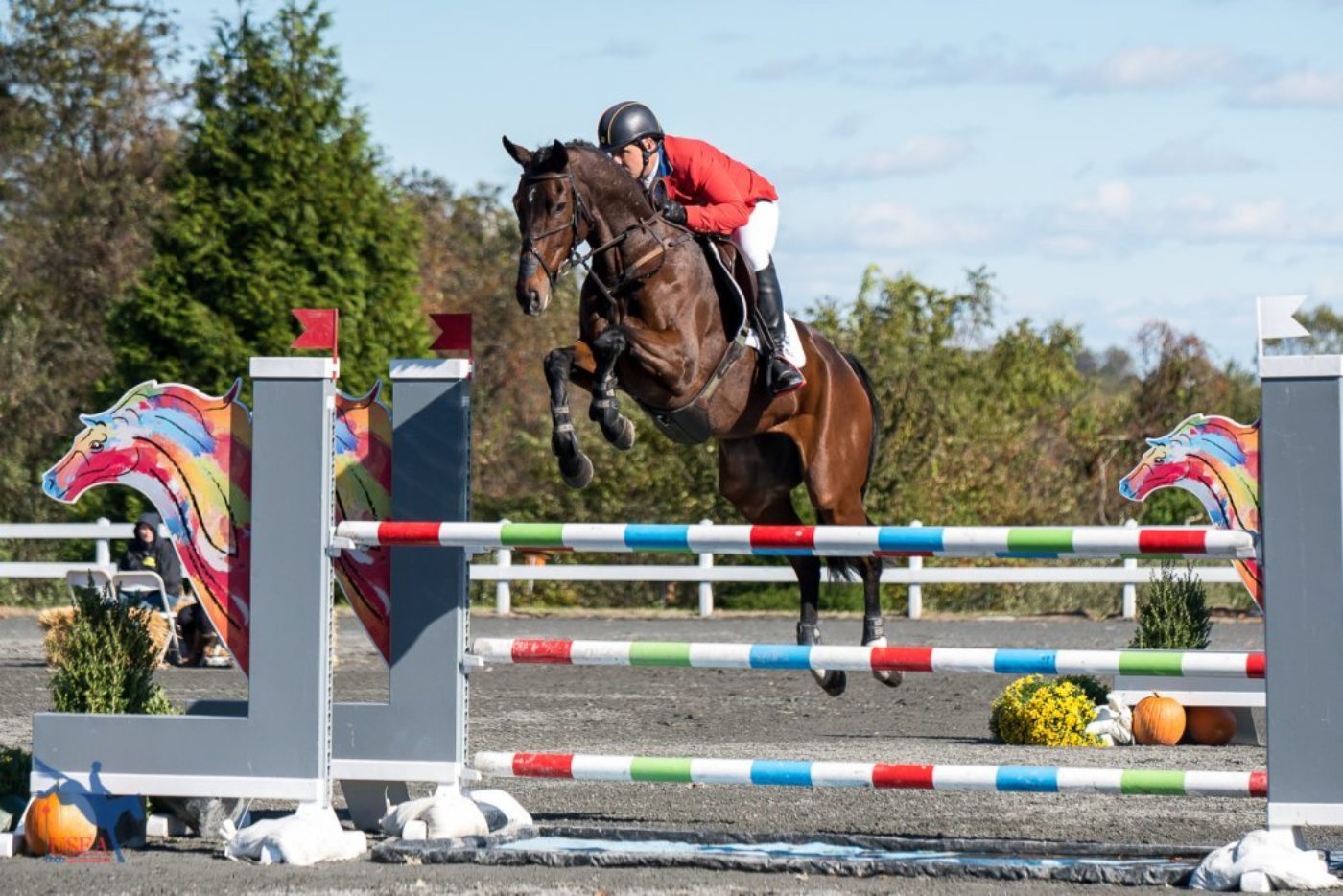 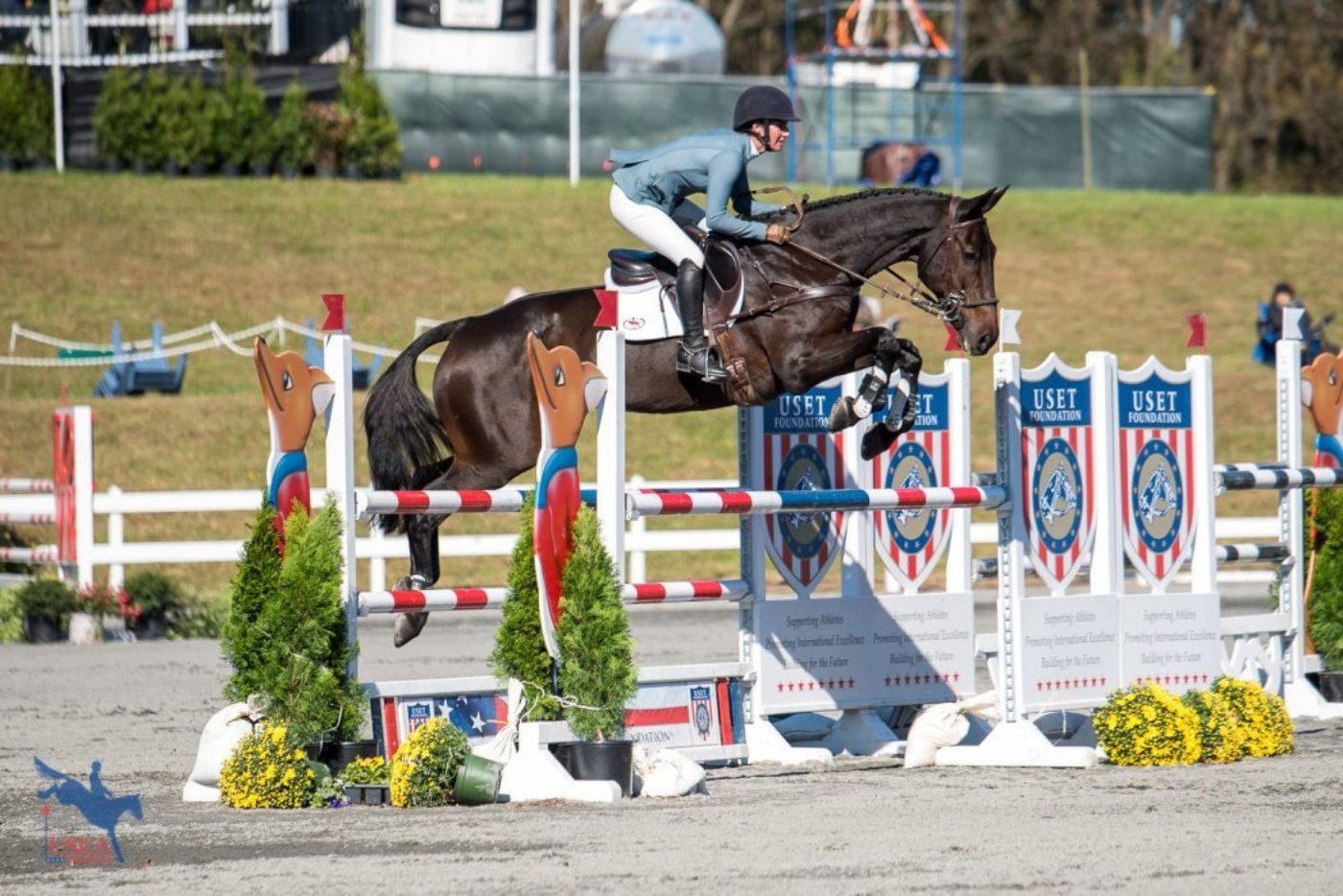 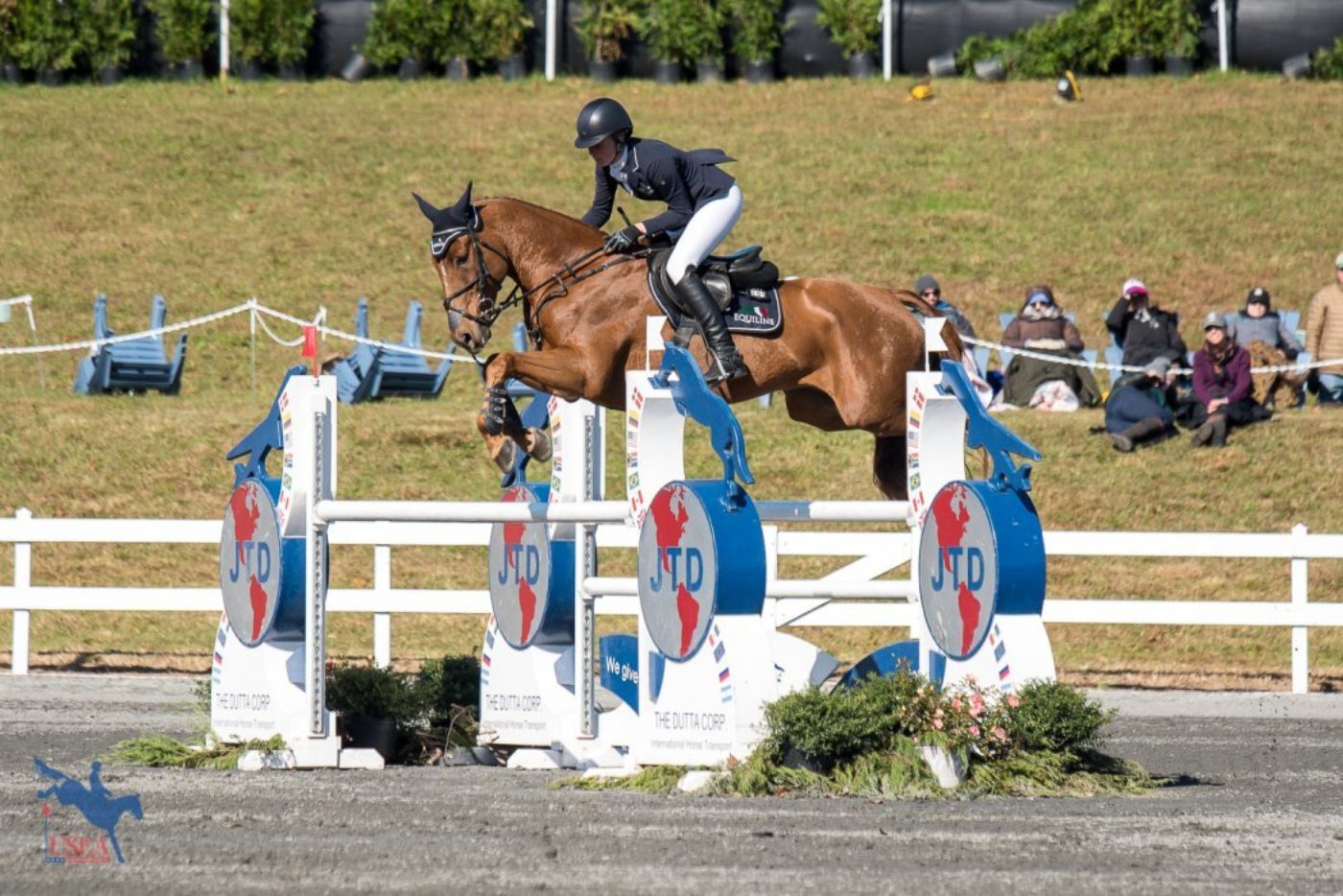 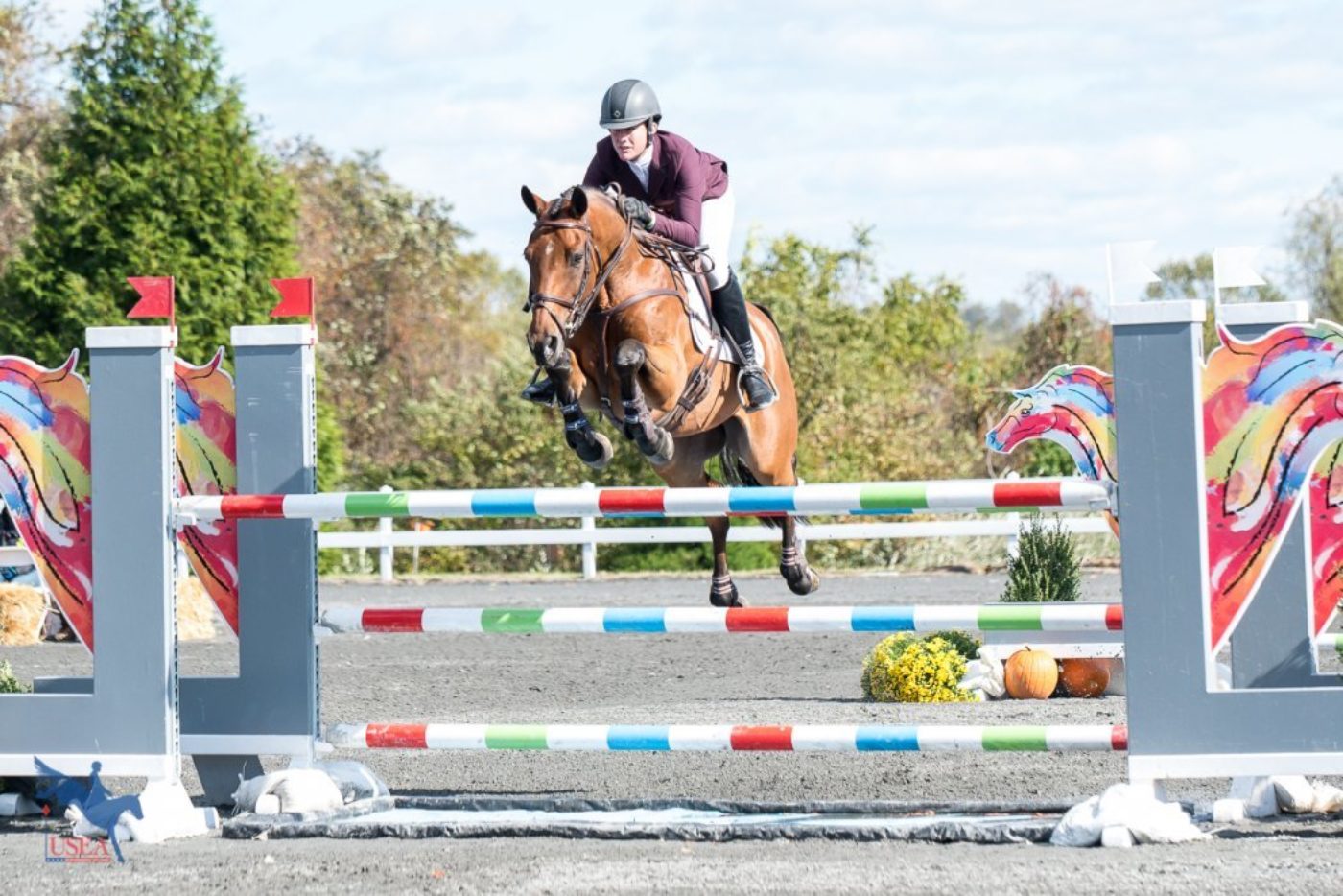 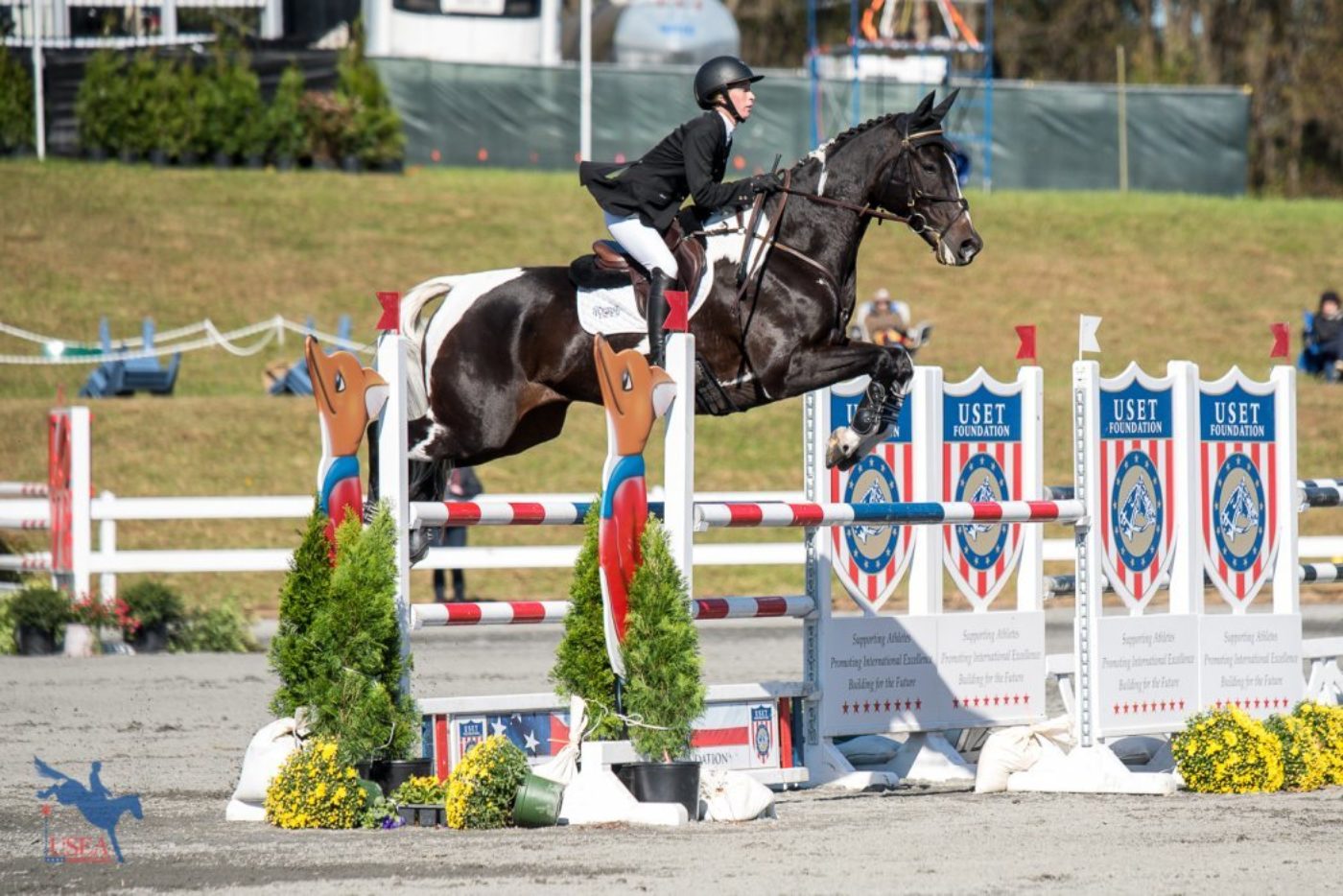 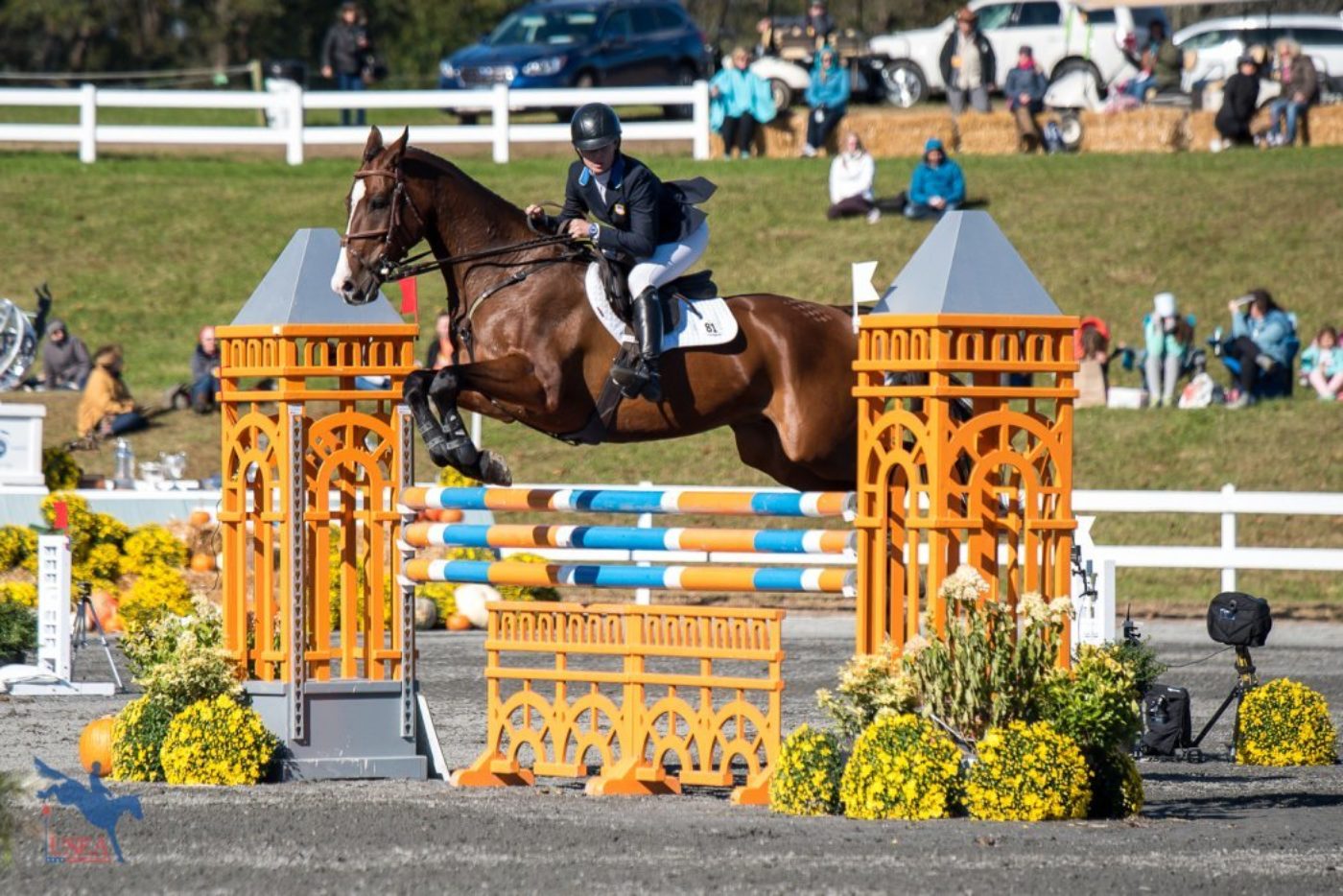 The Race to Le Lion: Three YEH Horses Fully Qualified, Seven YEH Horses Partially Qualified What you should know for the 2021 USEA Adult Team Championships Get Qualified: The Dutta Corp. USEA YEH Championships Are Approaching For IEL Team Wilmerding Equestrian, It’s All About the Journey - And Celebrating Success Along the Way The 2021 AEC is Two Months Away: Prizes, Parties, and More! Seven Teams Compete in the Area IV IEL Team Challenge at FRVPC H.T. Catch Up With the Current 2021 USEA 6 and 7-Year-Old National Leaderboards Through the Lens: 2021 USEA Intercollegiate Eventing Championships The Memories of Steeplechase from USEA Classic Series Competitors The Race to Le Lion: Who is Eligible for the Holekamp/Turner Grant?
Show More
Jul 26, 2021 Competitions

It's the moment we've all been waiting for, and it's almost here. The eventers are set to take the stage at the Tokyo 2020 Olympics THIS week, and we're here to help you catch all of the action. Have you been wondering how and when you will be able to watch each phase of the event? You've got questions, and we've got answers!

US Equestrian is pleased to announce the athlete-and-horse combinations selected to represent the Land Rover U.S. Eventing Team at the CHIO Aachen CCIO4*-S in Germany, Sept. 15-19, 2021.

James Alliston was the big winner today at The Event at Rebecca Farm, with three top two finishes in the FEI divisions. Alliston won first in the CCI4*-Long, as well as first place and second place in the CCI3*-Long.