After a full day of cross-country at the Ocala Jockey Club International Three-Day Event there is only one new pair at the top of the CCI leaderboards – Katherine Coleman and her own Monte Classico bumped up a spot in the CCI3* to lead the class. In the 9-year-old German Sport Horse’s (Monte-Bellini x W-Sally) first attempt at the level he jumped clear across Clayton Frederick’s cross-country course and added just 4.8 time penalties.

“He is only 9, and it is his first CCI3*, so I went out there with the mentality that I wanted him to jump clear and give him a good round,” said Coleman. “He has an amazing gallop, and he finished strong. He really met everything in stride. He is a really exciting horse for the future.”

Coleman splits her year between England and the U.S. and has just returned from a summer and fall abroad with her horses, so targeted her hometown event for Monte Classico who she bought from Bettina Hoy as a 6-year-old and has produced herself.

I would say he is really has just come into his own this year with his fitness and where he is at strength-wise,” said Coleman of Monte Classico. “Last year he was still a little pudgy and just felt like a baby and this year he has really grown up. I think he is a really serious horse on a really international level. I do have that in mind that I am producing this horse for the future.”

No one made the time in the CCI3*, and four pairs in the field ran into trouble. Kate Chadderton retired VS McCuan Civil Liberty after two stops at the second corner at 13, but the three additional riders with penalties all picked up their twenties at 20b – the angled brush – including overnight leader Kristen Bond. Coleman said that it was the hardest question on course and “thought they walked quite hard especially in comparison to the rest of the course.”

Lauren Kieffer and Jacqueline Mars’ 11-year-old Holsteiner gelding, Paramount Importance, (Pasco x Gesche II) put in the fastest round of the day – adding just 4.0 time penalties to move up into second place less than a rail behind the leaders.

Alexander O’Neal and Fury H kept ahold of their lead in the CCI2* with an easy double clear round. O’Neal took over the ride from his wife, Elinor, this year when the 8-year-old KWPN gelding (San Remo x Miss Marple) grew too big. “He was a total beast and that is something that I have had to get used to because I am using to having to push horses along the whole way,” said O’Neal. “Once I get out and jump five fences then I just stay out of his way he is really. You just have to trust him and take your time in the combinations, but know that he is going to just keep traveling.”

While no one made the time in the CCI3* time proved easy with over 20 horses crossing the finish line inside the 10 minute optimum time. The length of the course was controversial among many of the riders as most CCI2* courses are closer to nine minutes.

“I based my fitness around nine minutes, but you have to sit back and look at who is designing the course,” said O’Neal. “[Clayton Fredericks] is a four-star rider, an Olympian, a World Games medalist – if he thinks that 10 minutes will suit then it will. I thought the horses looked great coming in, and I think it will be an exciting day tomorrow. We all have to give a bit of an applause to Clayton because he had everyone freaking out last night but here we are and everyone is happy.”

As for so many making the time? O’Neal also credited that to Fredericks design. “I think the first couple of minutes you had to come out and ride really positive and forward because there were some big tables and by the time you got kind of to the first water you wanted to be moving. I thought Clayton did a great job of kind of presenting the first questions and getting everyone sitting down and riding forward and by the time they started to feel the terrain the fences let up a bit and you had some options.”

The top nine places in the CCI* remained unchanged with over half of the division coming home double clear. Tamra Smith is currently leading with Ruth Bley’s Danito – a 9-year-old Hanoverian gelding (Dancier x Wie Musik).

The CIC3* is running on a reverse schedule from the rest of the CCI divisions so show jumped today in the main arena. Liz Halliday-Sharp jumped clear aboard Fernhill By Night, the 15-year-old Irish Sport Horse gelding (Radolin x Argentina XII) she co-owns with her mother, Deborah Halliday, to maintain her lead.

“The time was not difficult, but the distances rode a bit short, so you did have to work a little bit, but certainly it had a nice flow to it and the horses enjoyed jumping it,” said Halliday-Sharp of Barnard’s course which saw exactly 50% of the CIC3* field jumping clear.

"He’s had a really great season, and he’s on the best form he’s ever been on this year,” said Halliday-Sharp of Fernhill By Night. “He’s capable of doing everything out [on the cross-country course]. There are a few difficult questions, and they require serious, accurate riding, so I need to go out and attack it."

The CCI divisions will all present at the second horse inspection beginning at 8:00 a.m. tomorrow. The schedule is then: 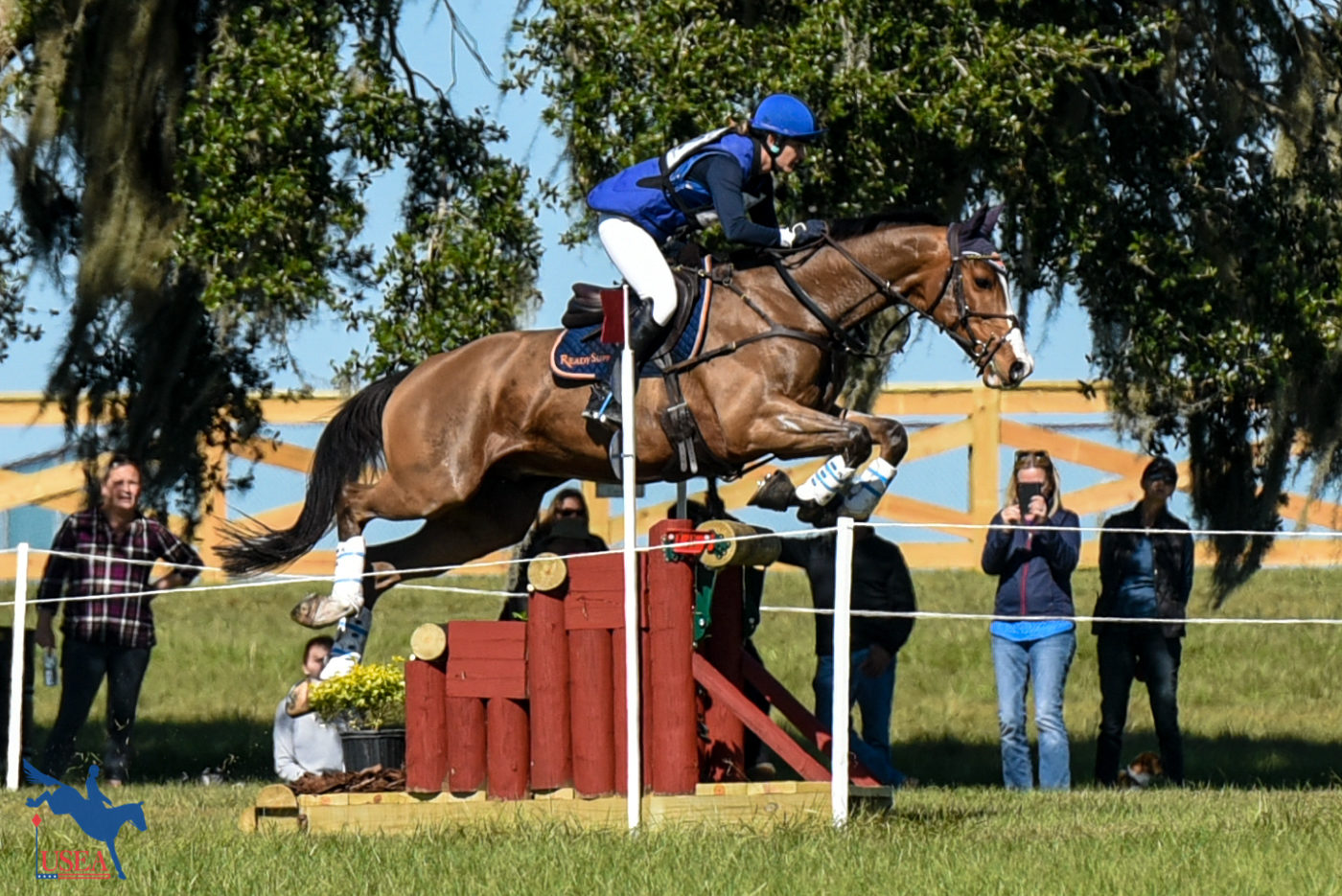 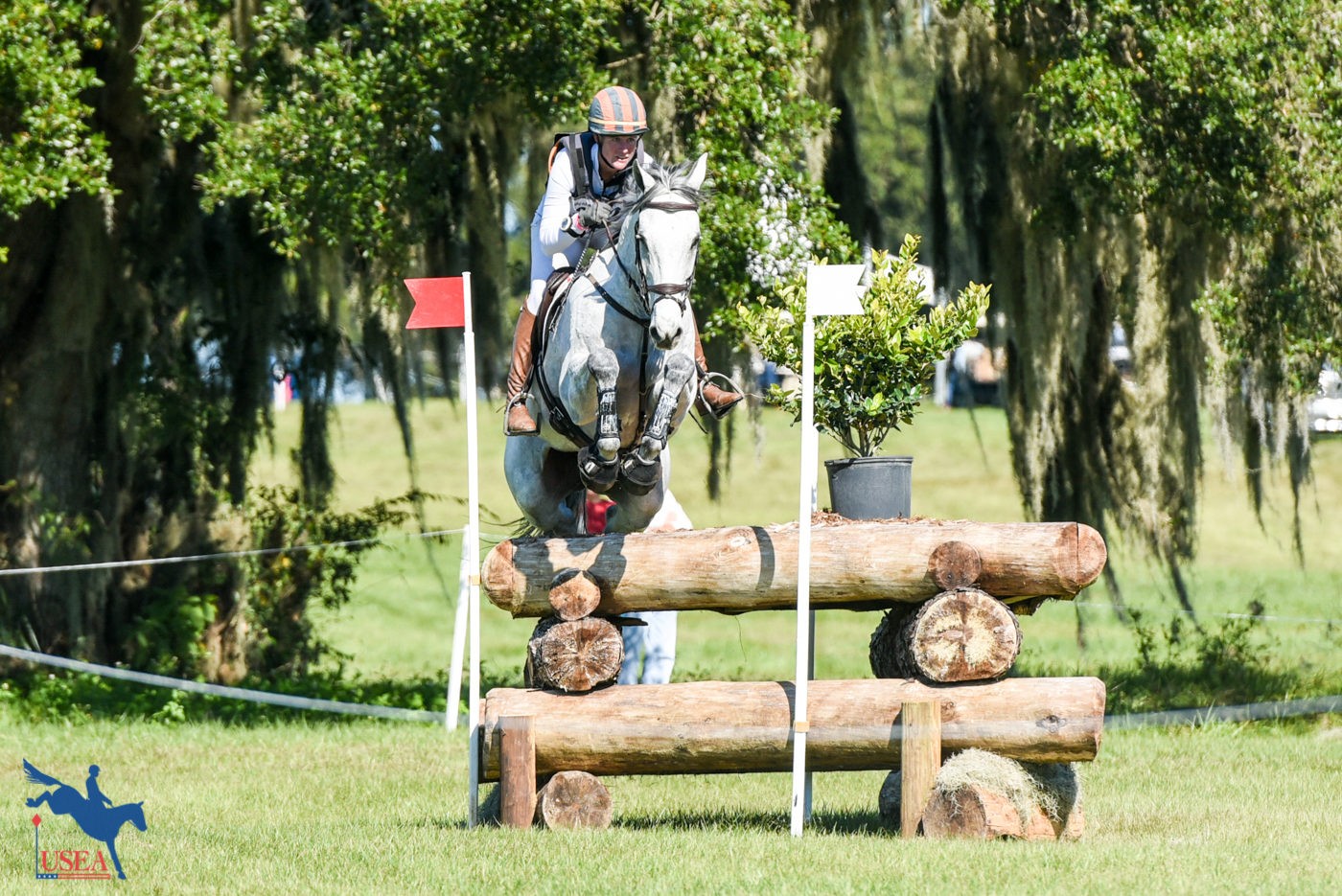 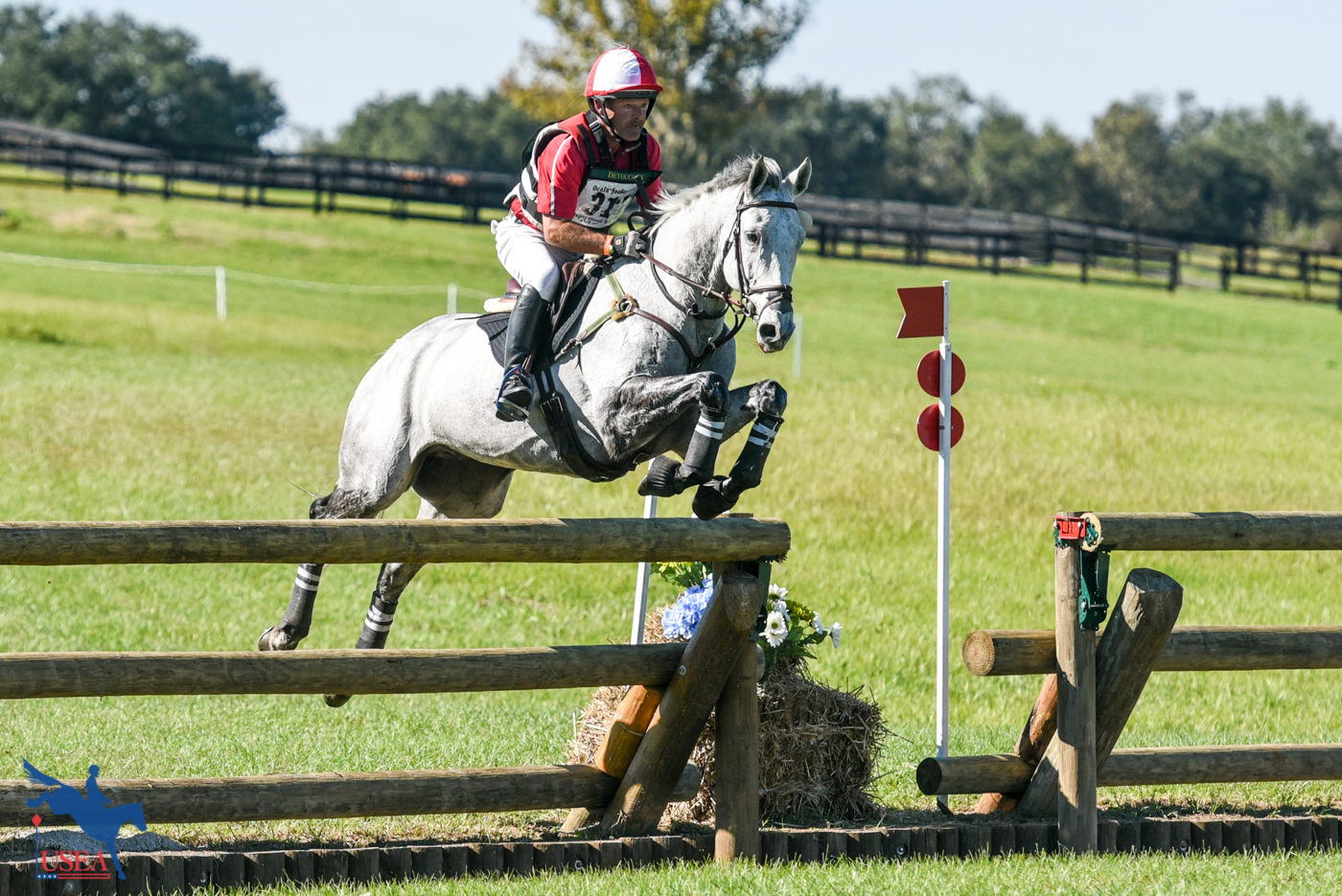 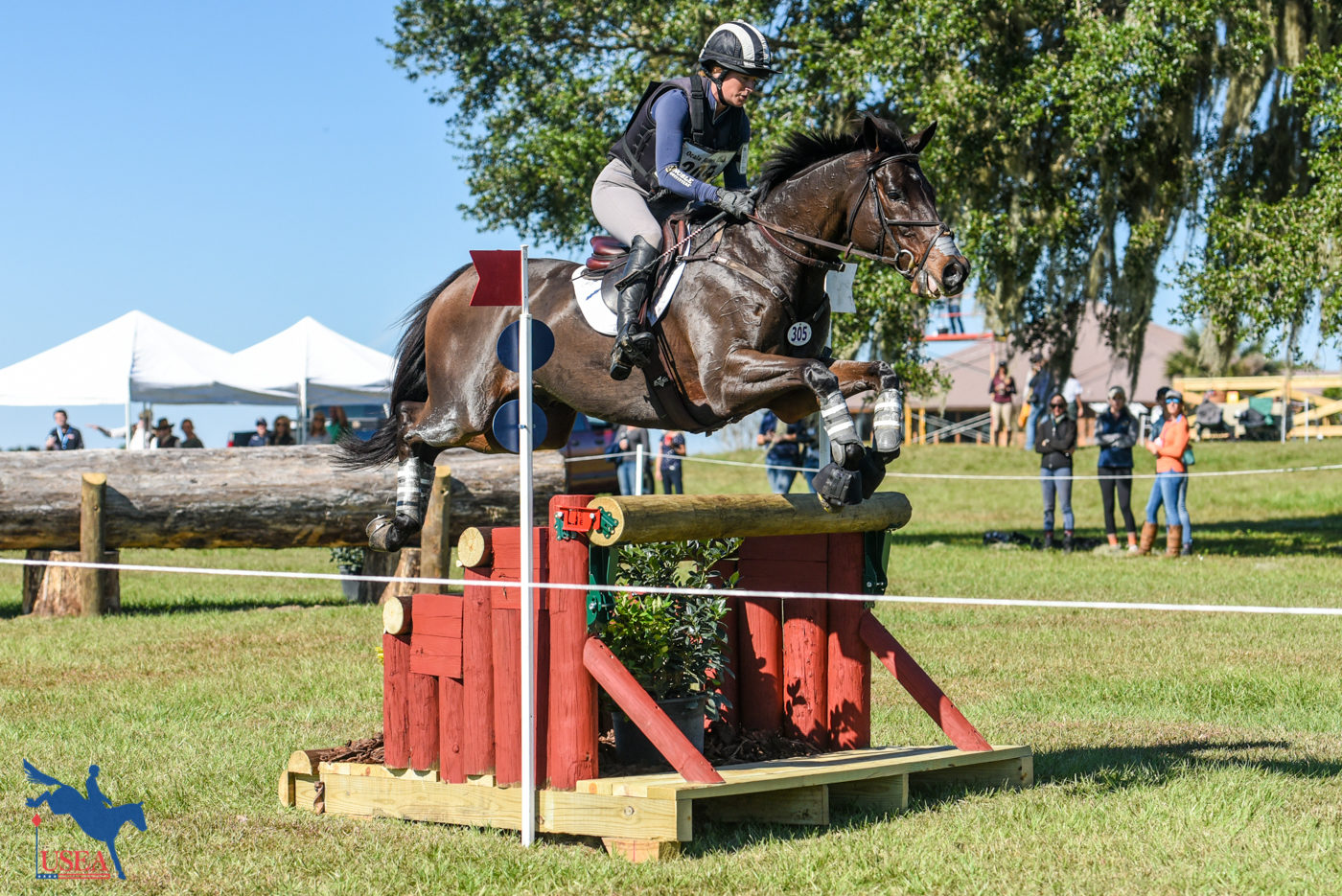 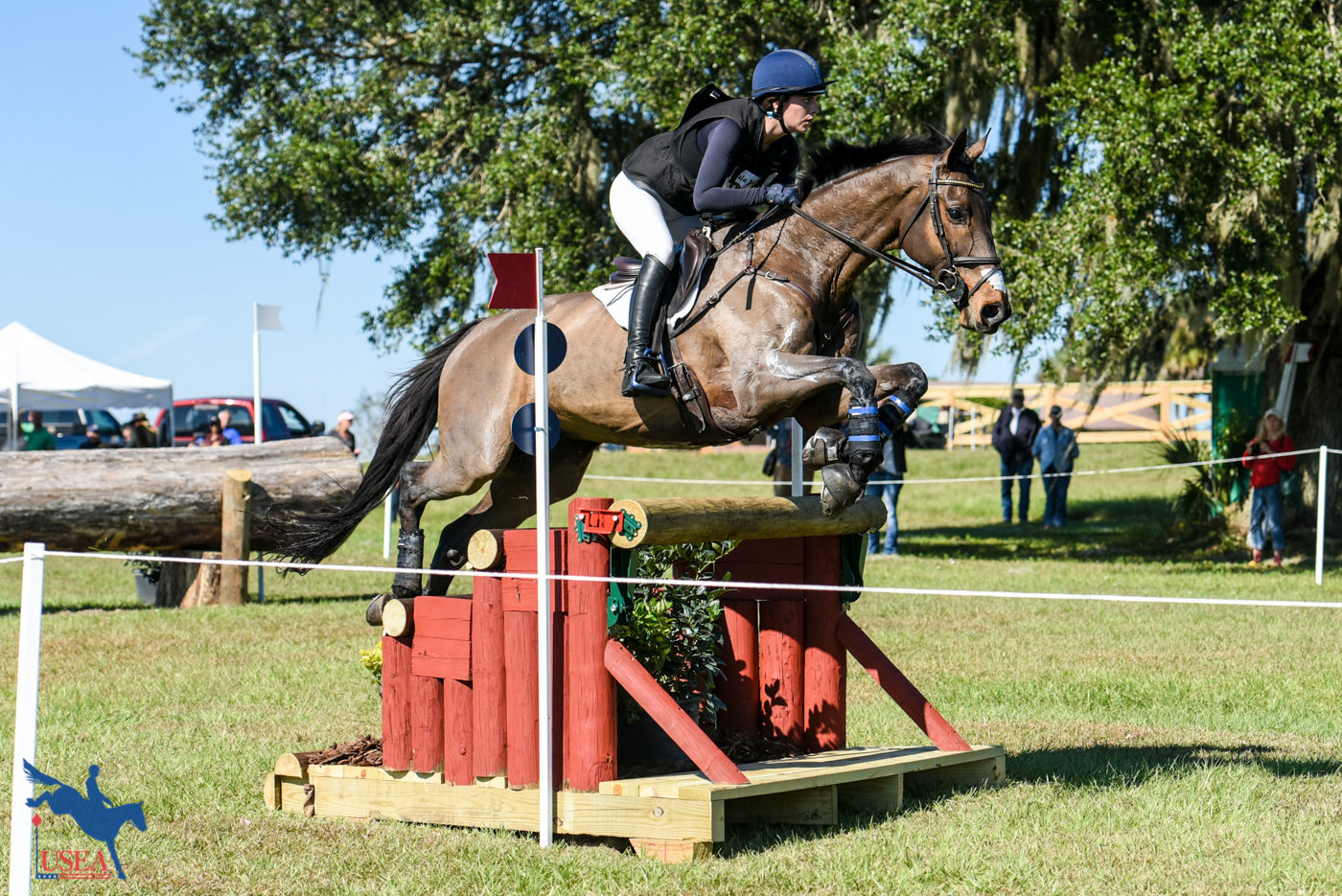 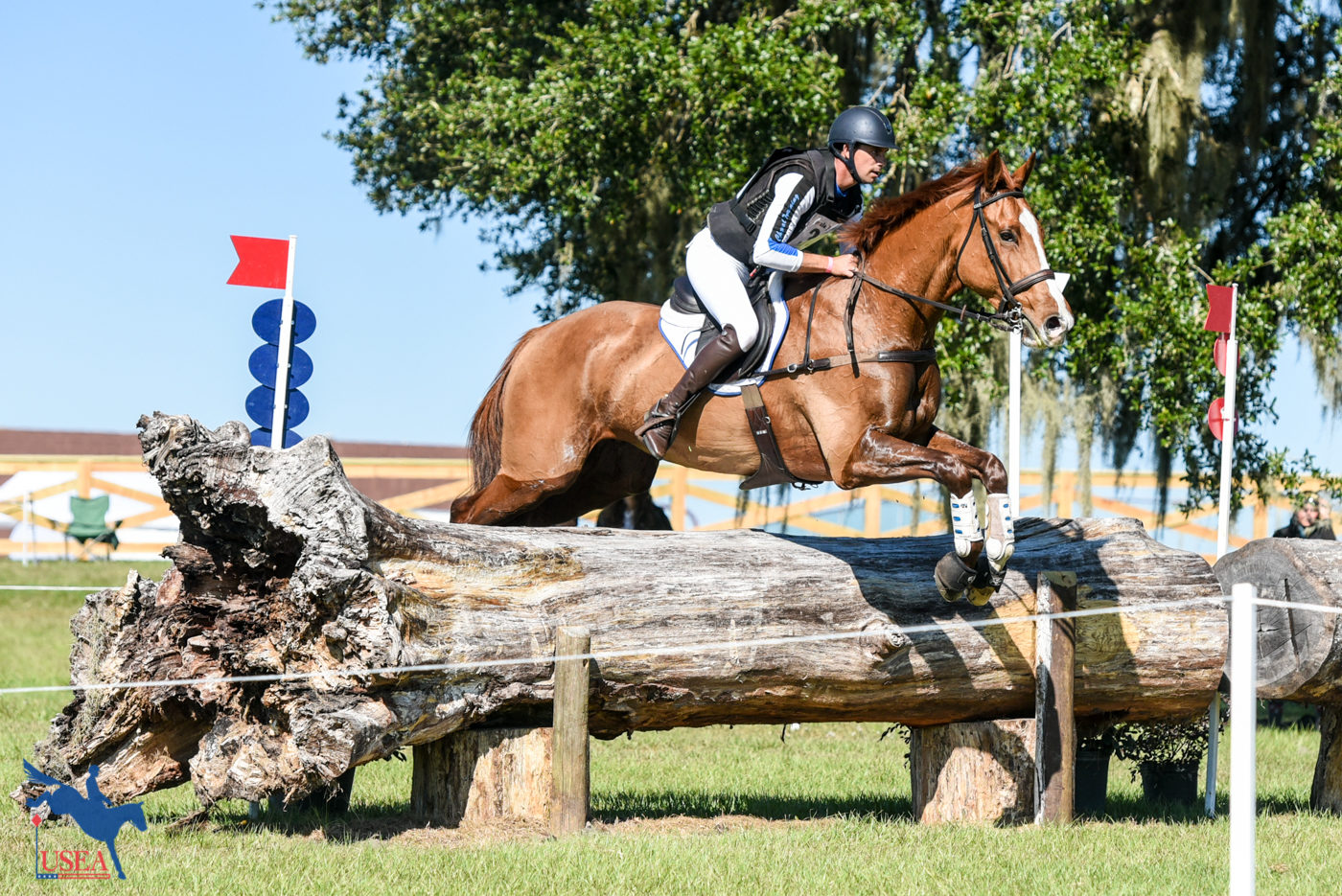 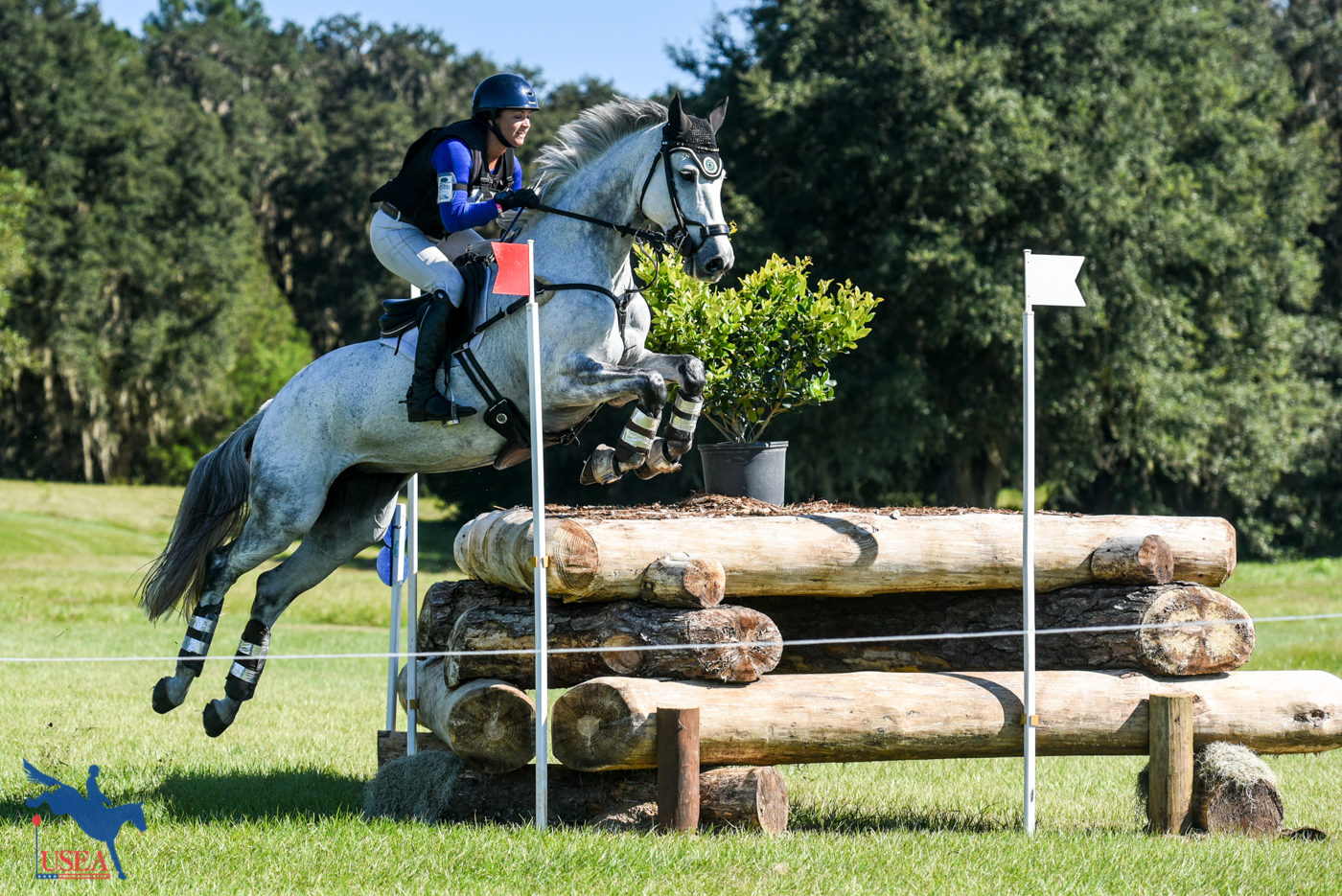 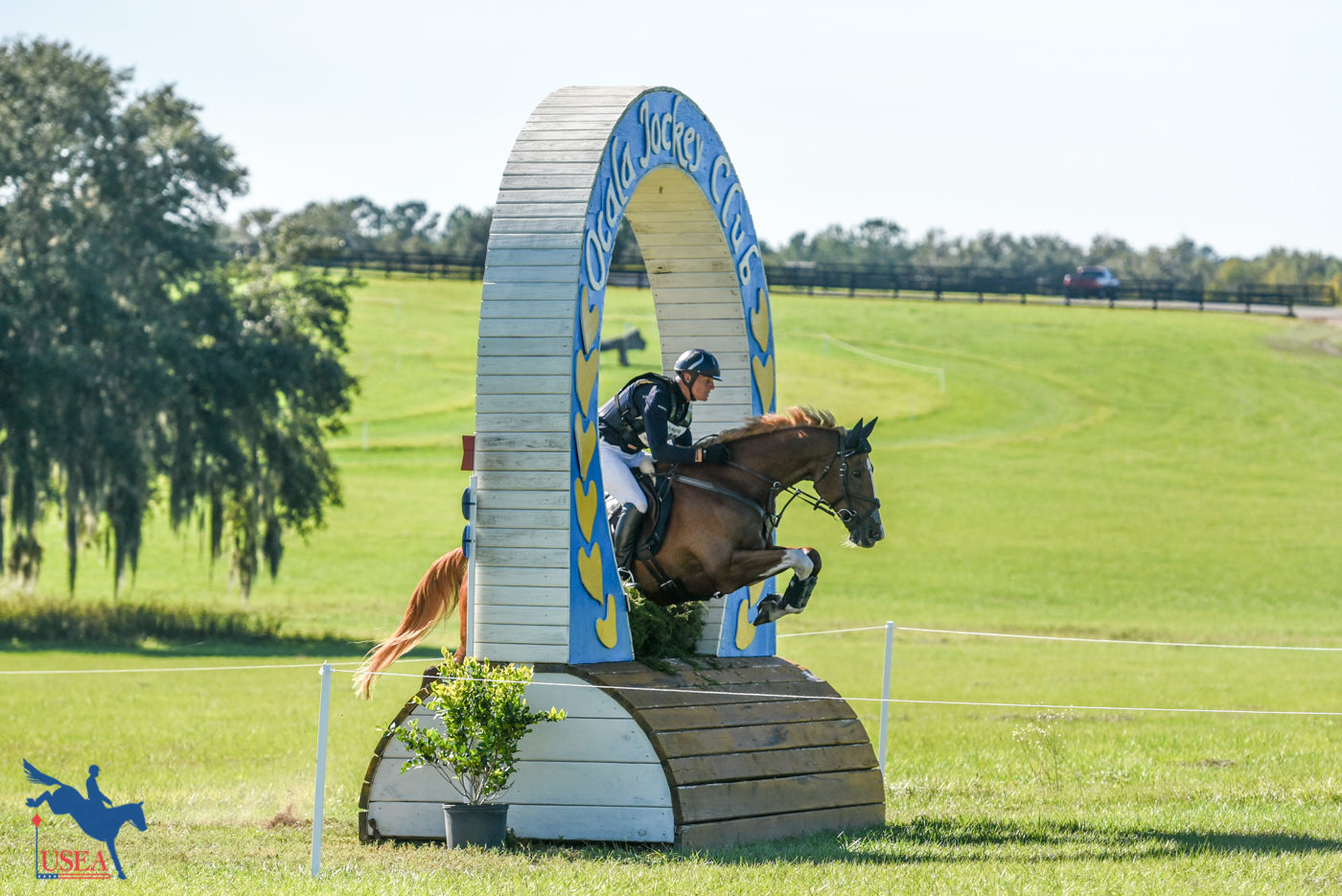 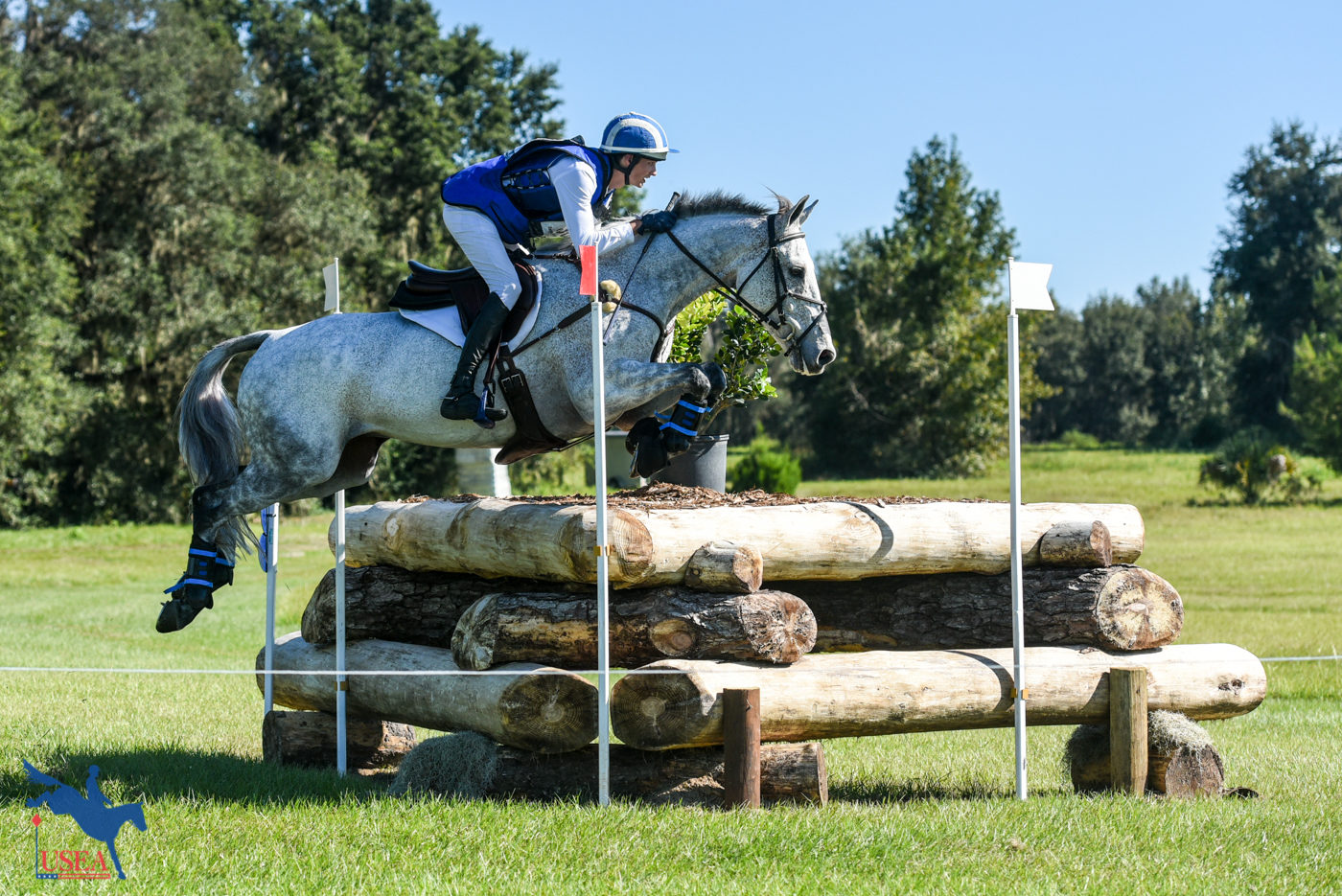 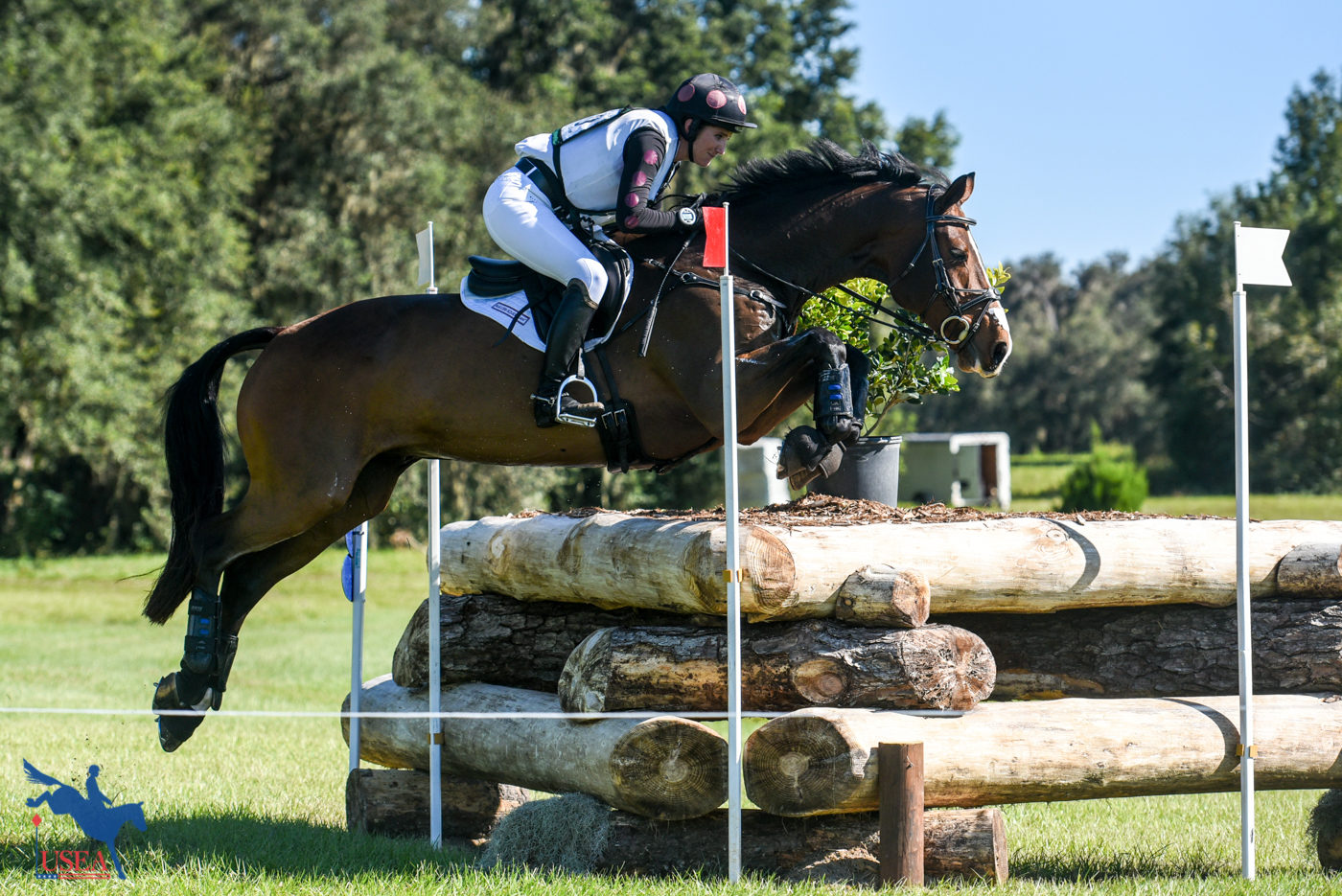 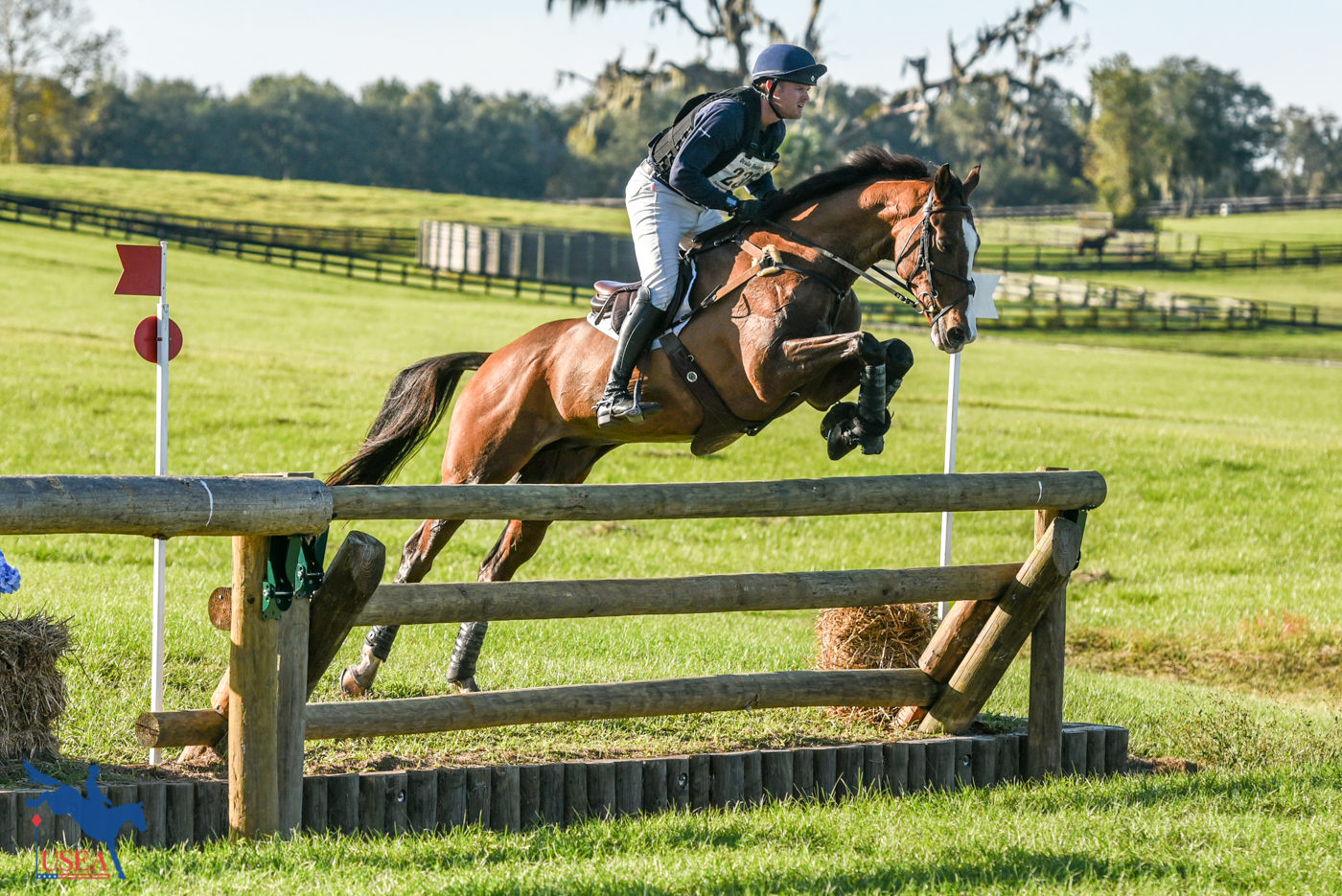 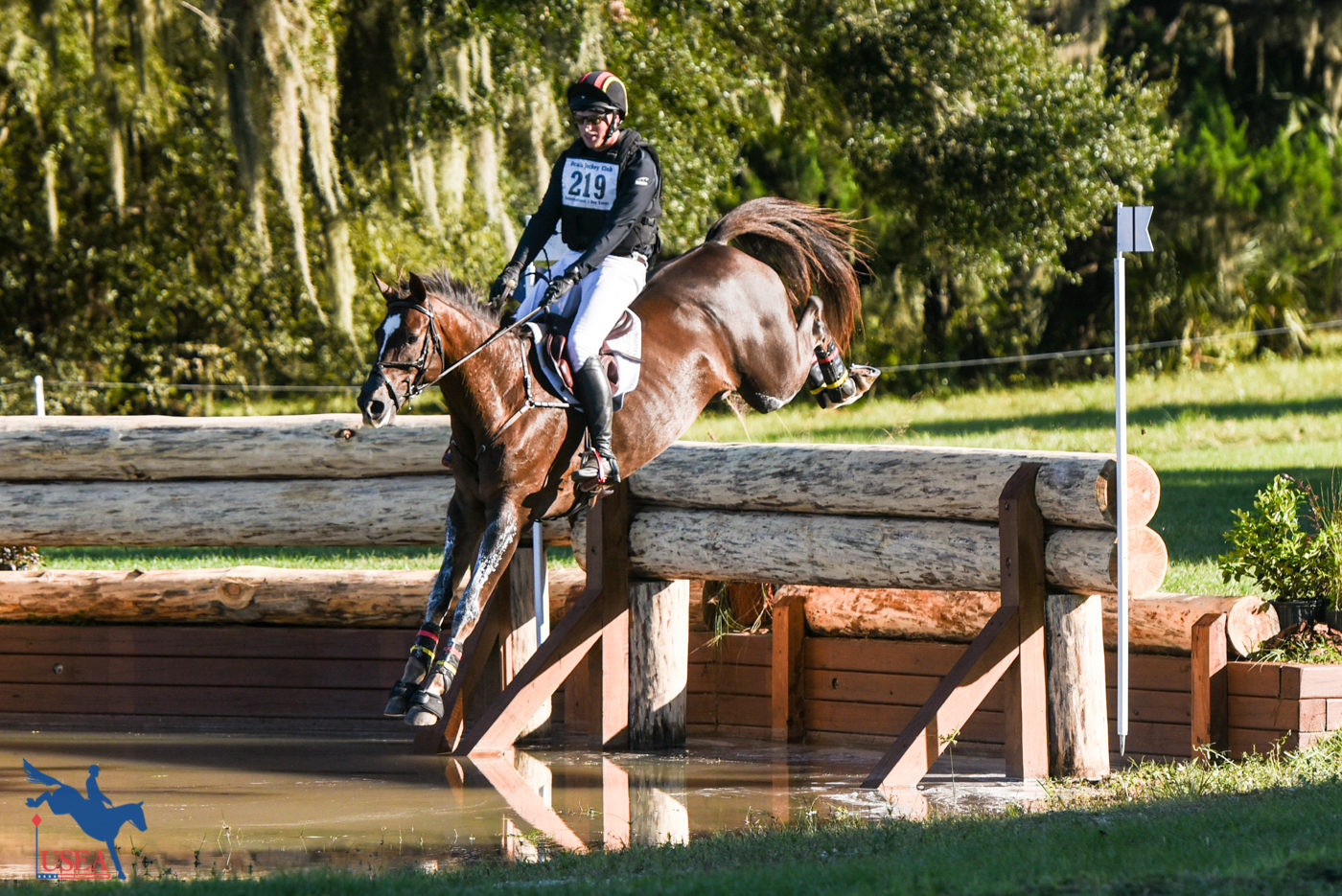 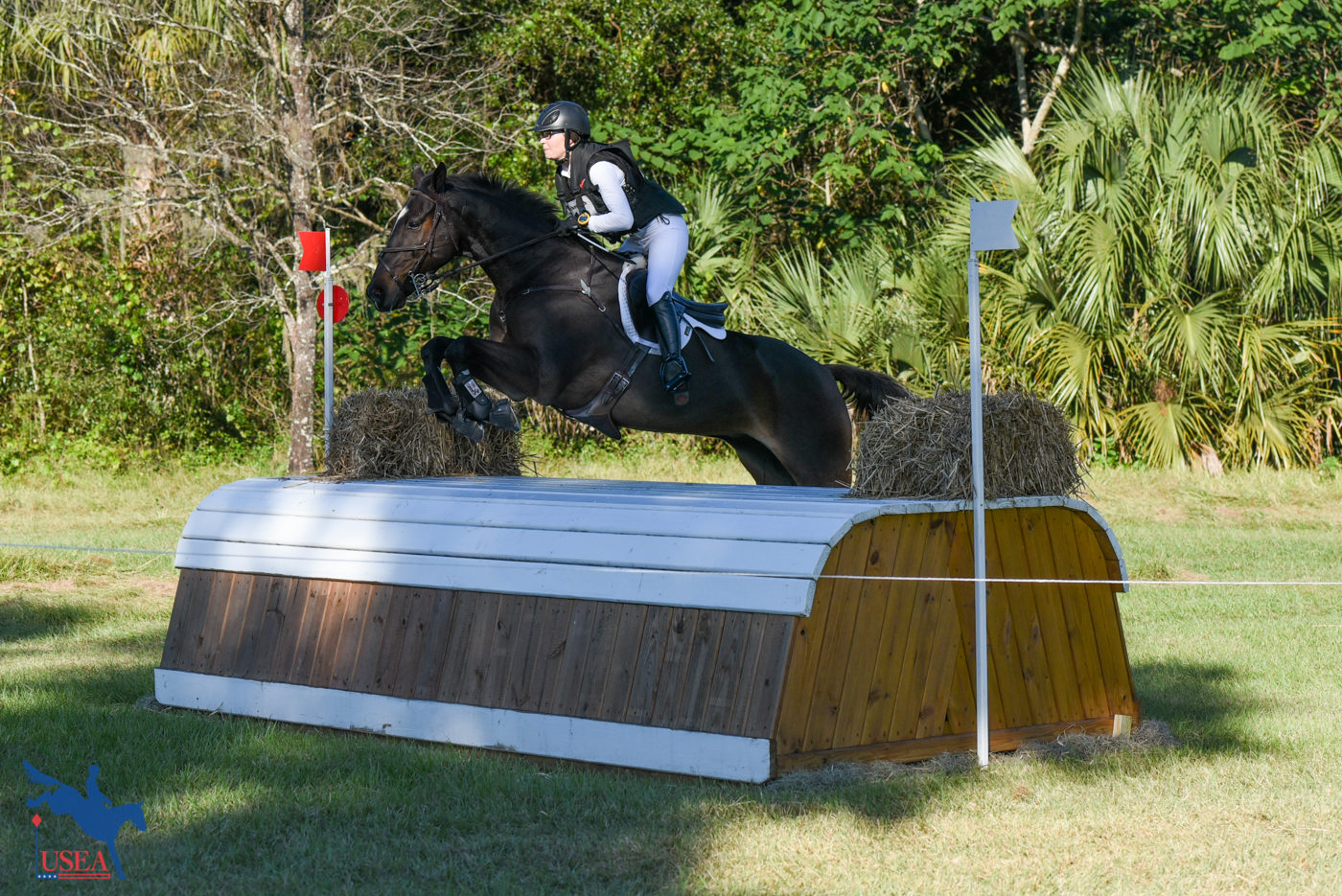 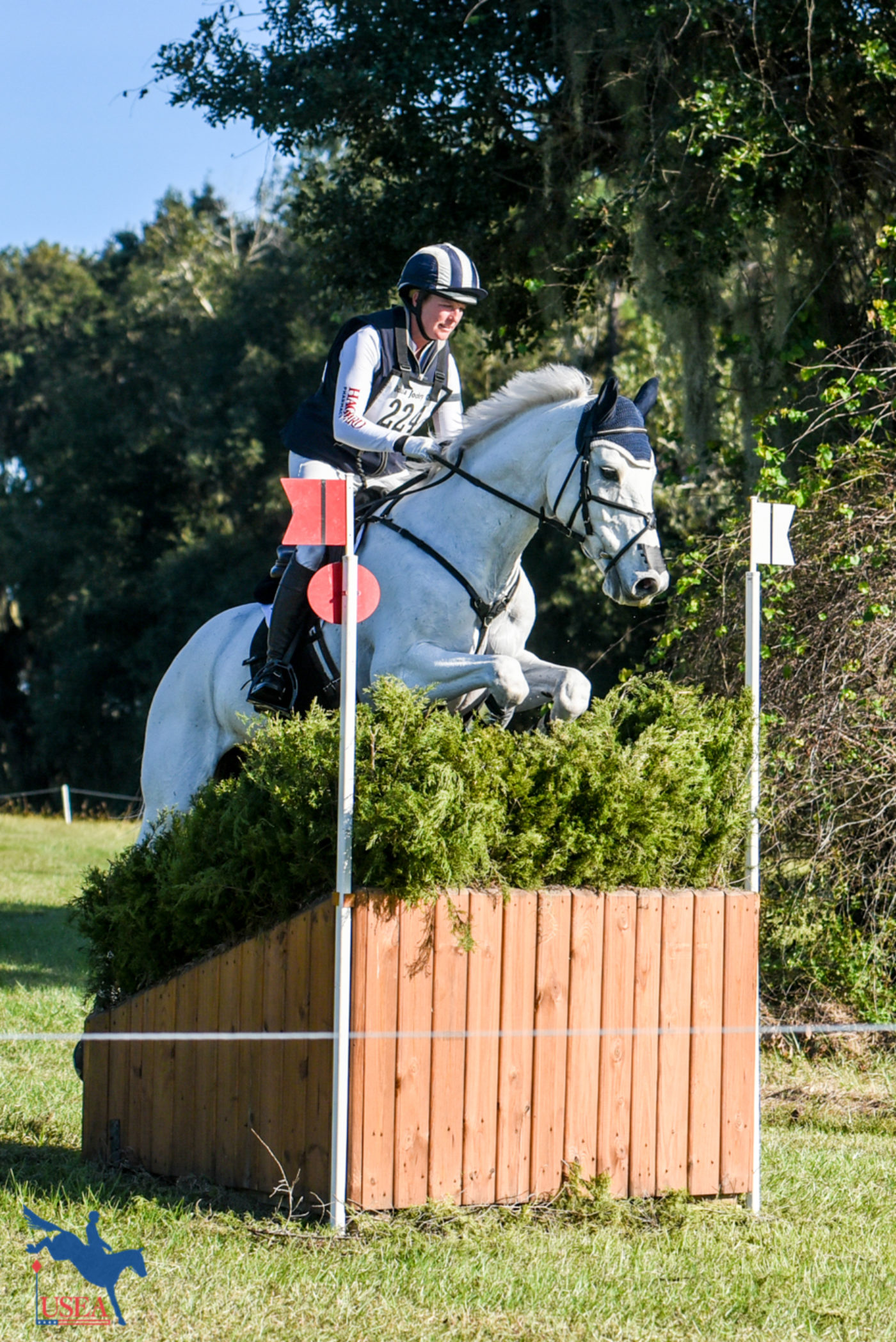 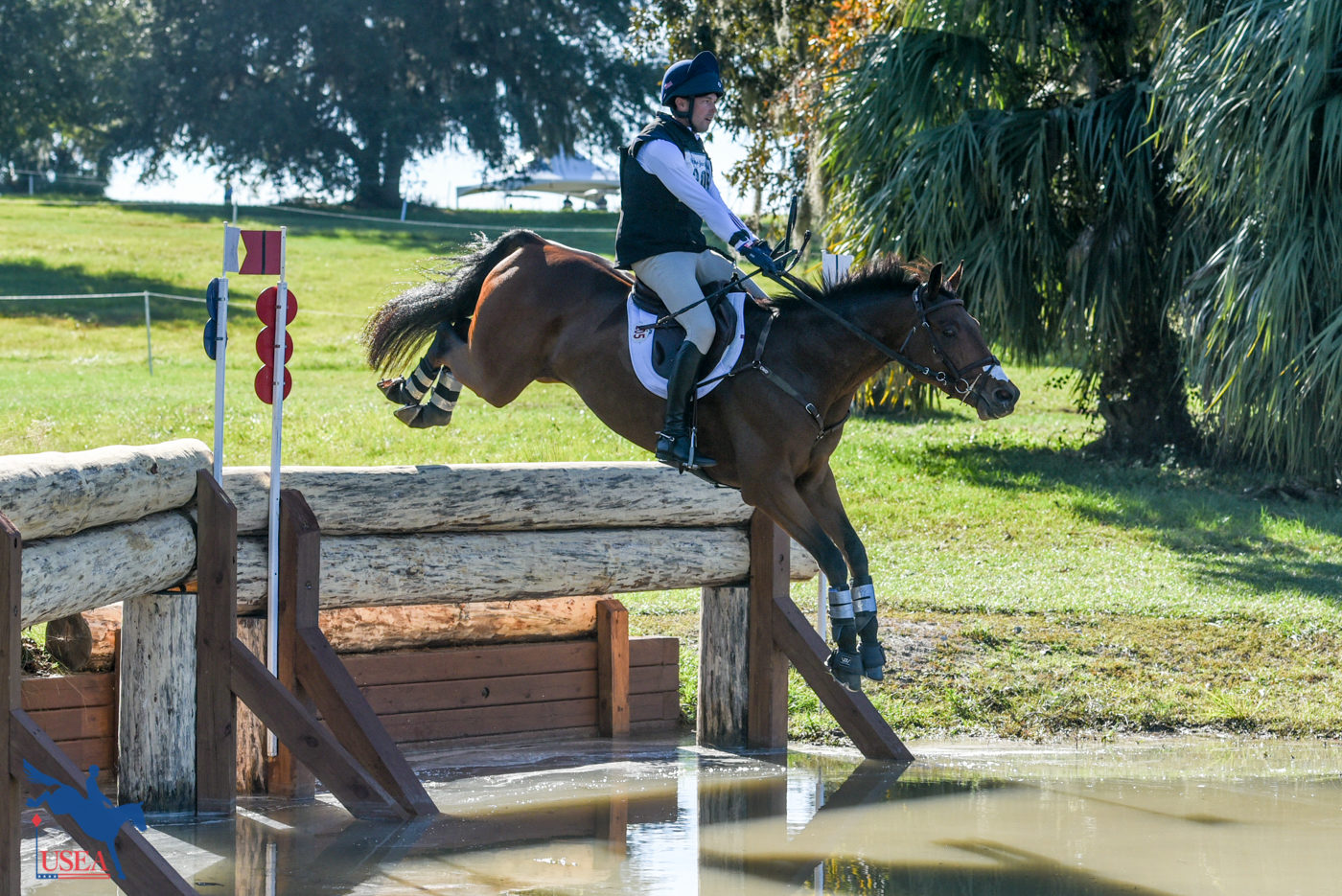 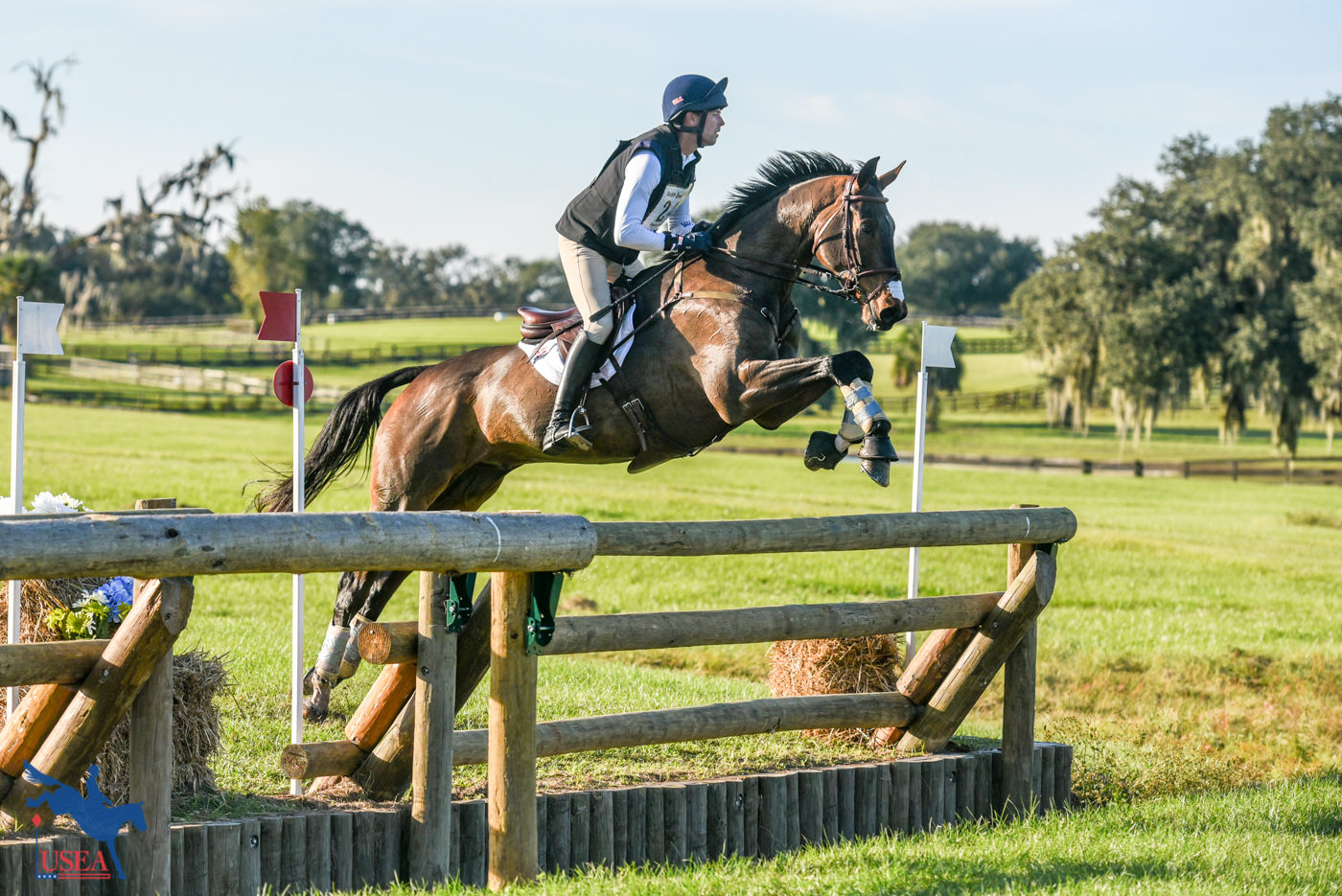 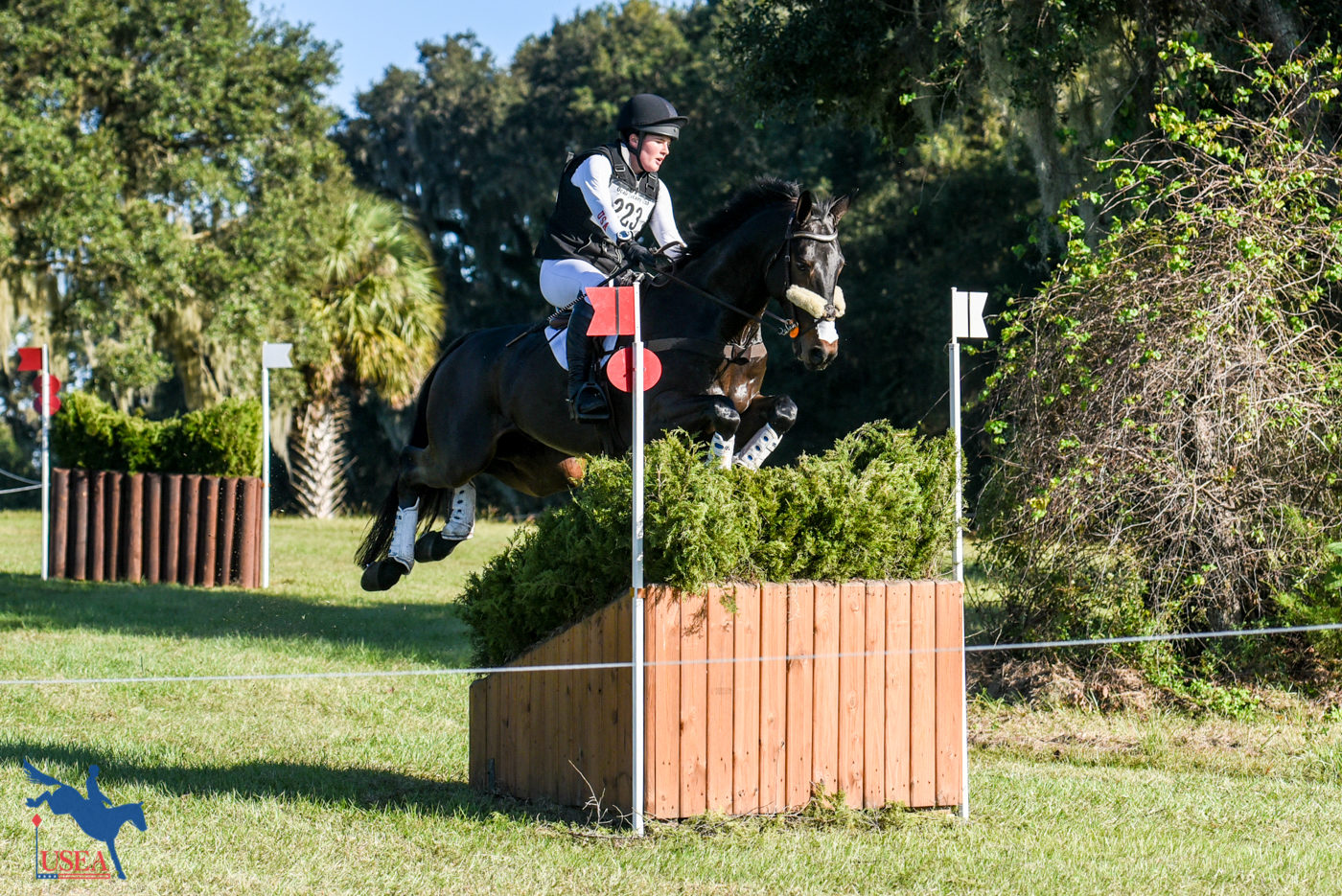 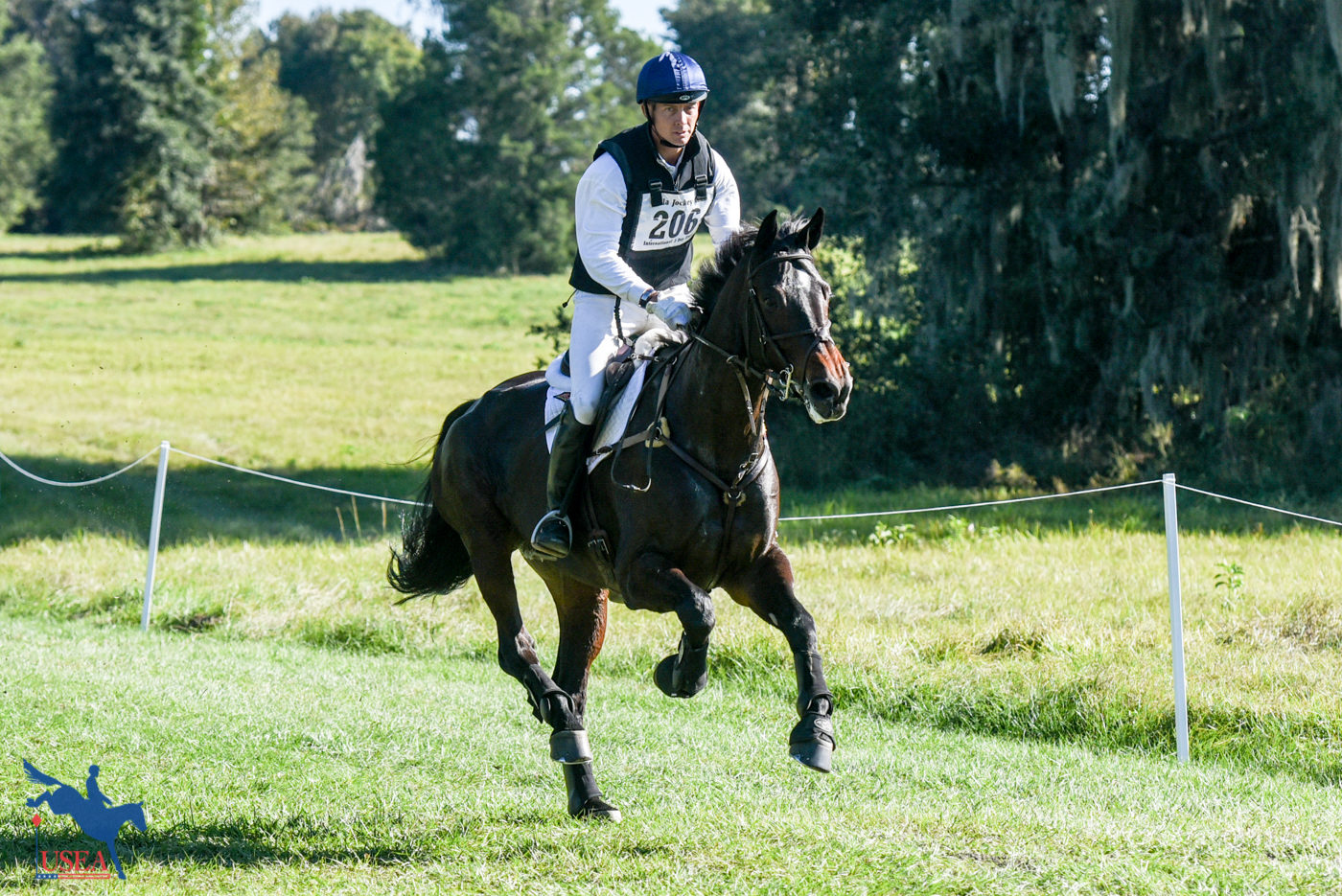 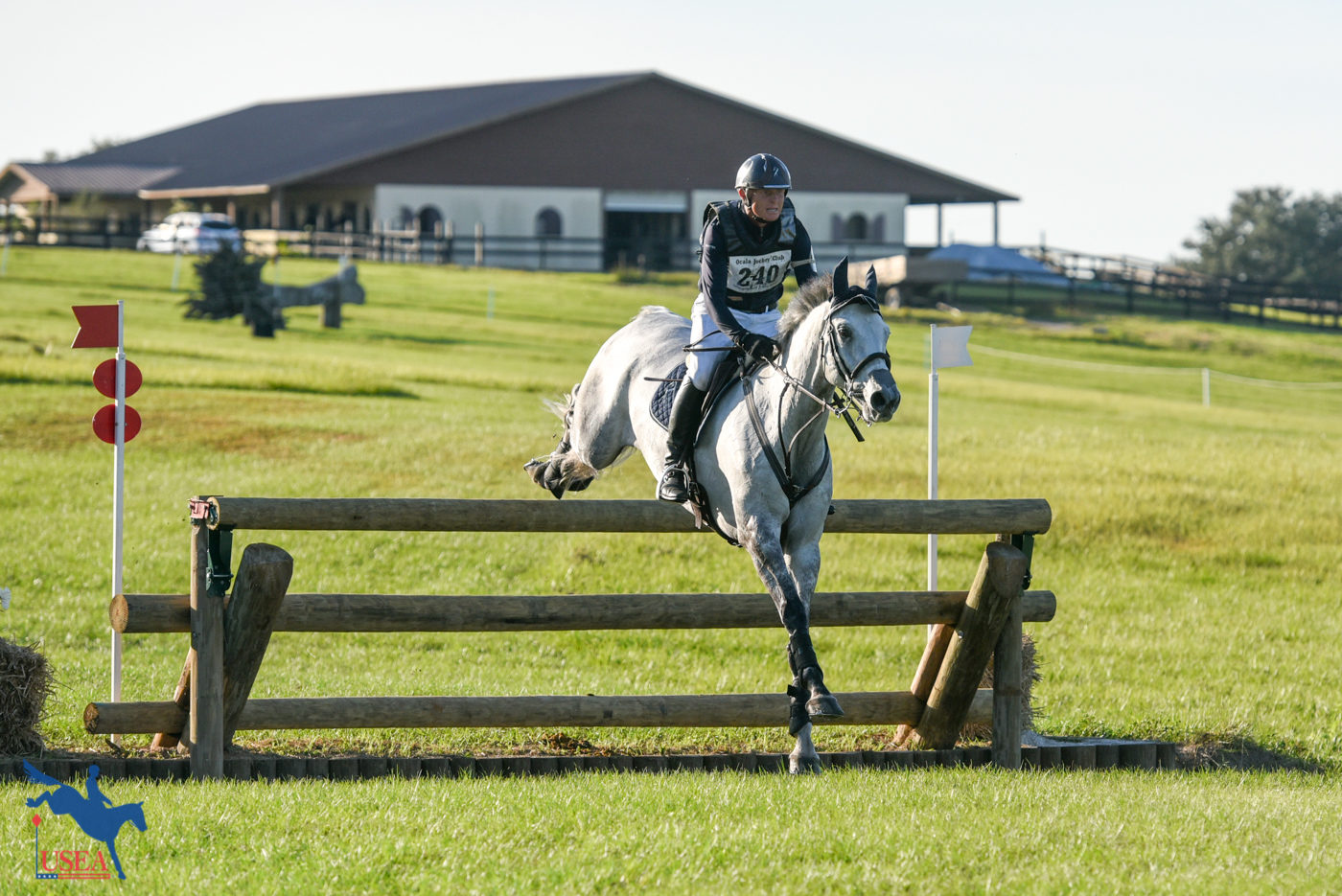 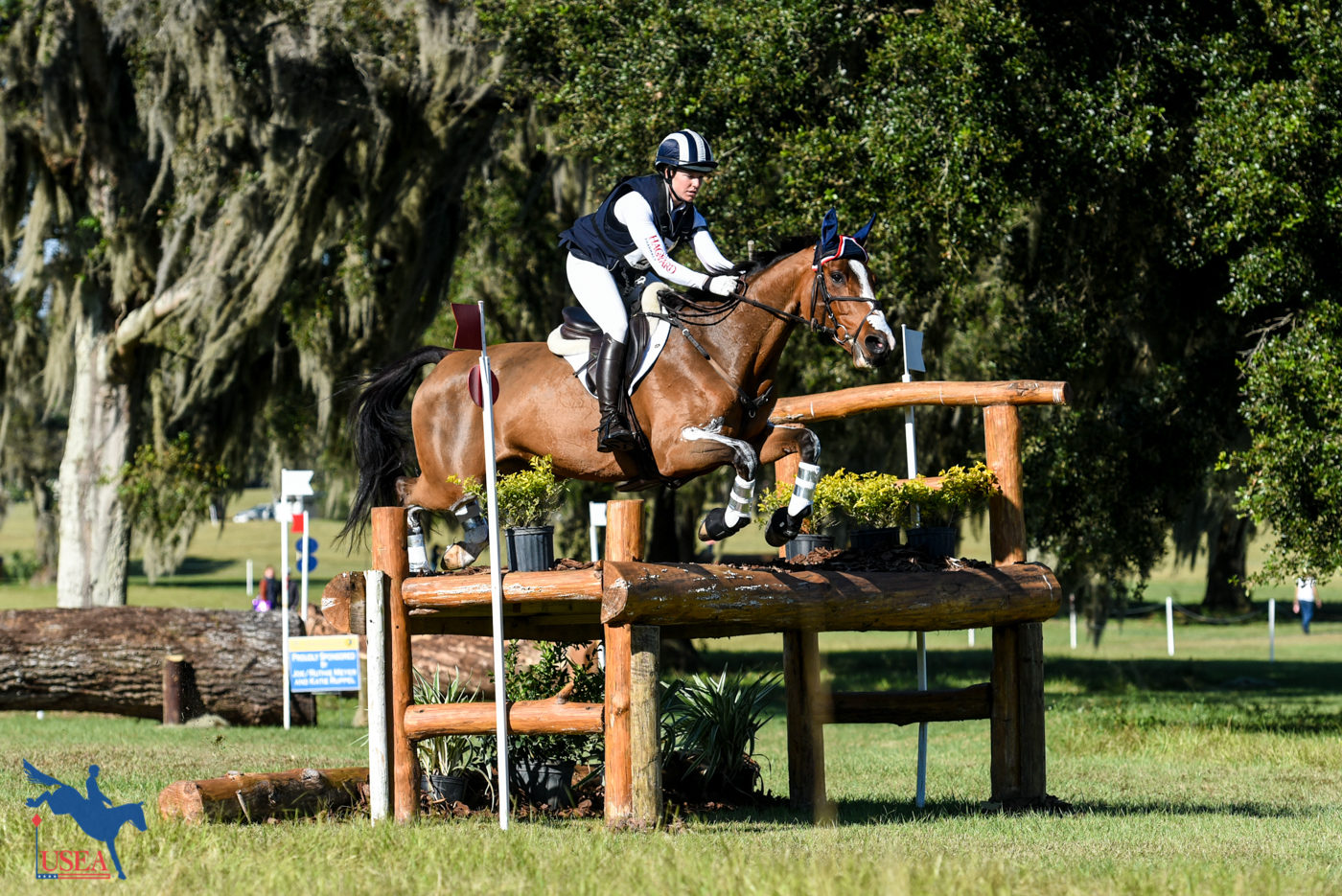