A Faer Price to Pay for Martin Right On Cue

No one could catch Oliver Townend and Cooley Master Class in the dressage arena today despite the remaining 23 pairs' best effort. Angela Hislop’s 16-year-old Irish Sport Horse gelding (Ramiro B x The Swallow) will stand at the top of the leaderboard on a 21.1 heading into the Maryland 5 Star cross-country – the day which is on everyone’s mind.

While the top remains unchanged there are two new faces in second and third – Tim Price was the first to go of the day and scored a 24.3 to slot into second and he didn’t relinquish the position throughout the afternoon. Like Cooley Master Class, Xavier Faer, Trisha Rickards, Nigella Hall, and his own 15-year-old British Sport Horse gelding (Catherston Liberator x Faerie Dazzler) is on his second trip to the U.S. in a year, he finished second at the Kentucky Three-Day Event in April.

“He struggles with this dressage job where he has to put his whole body together, repackage, and if I don’t quite get that mastered in time for something quite difficult like a change, he just gets a bit discombobulated,” explained Price. “It has improved. When he started at this level, I was lucky to get one of the four changes and now he gets three of the four changes, so I have to be pleased. Every horse has strengths and weaknesses, and you have to accept them and work on them.”

A Brit and a Kiwi may sit in the top two spots, but the next seven on the leaderboard are all U.S. riders looking to have the country’s first five-star win since 2008. The best of the U.S. is Boyd Martin and On Cue who currently sit in third on a 25.0, and Martin was thrilled with his test.

“A lot of preparation and practice and hard work goes into performing a dressage test,” said Martin. “Even though it is only seven minutes long there are hundreds of thousands of hours of practice to get to that point.”

“I was thrilled with On Cue – she just a fantastic horse. I just love her,” said Martin of the Turner Family’s 15-year-old Angle European mare (Cabri D’Elle x On High). “She’s flamboyant. She’s really smart. She tries hard.”

Cross-country continues to be on the top of everyone’s mind as Ian Stark’s 11-minute course looms large and for Martin he is glad that On Cue is fit and ready to go.

“We had this horse prepared for the Olympics and she was ultra-fit in August and then I sort of eased off her a bit,” explained Martin of his Olympic reserve mount. “I don’t think I could get her any fitter and that’s a comforting thought once you walk around this course. It just seems like a long way around. Big jumps, technical, hills, just everything to just really test to see what is the champion horse tomorrow. I really believe in On Cue, she is such a great galloper, she digs deep and fights for you when it really counts.”

“I think you have to be a real horseman out there and pace your animal. Try to conserve a little bit of energy to understand by the eighth or ninth minute it is a steep uphill and you need a little bit of juice. I am riding a fighter. On Cue will have her ears pinned back and we will give it everything tomorrow,” he added.

“It is very meaty. It lulls you into a sense of security and then it starts to really light up when you get to the water and that corner,” added Price about the course. “It’s very cleverly designed. It is great because it gets confidence in the horses before he really asks the demanding questions.”

As for his decision to bring Xavier Faer and his wife Jonelle’s Classic Moet to Maryland rather than going to Pau, Price said. “The horses really suit it – Trisha Rickards owns both of these horses and she’s a real horse lady and wants to do the right thing for the horses and this was the event for them with no Burghley. Pau is flat and fast and we had heard that this would be a true cross-country test and these are proper old cross-country horses.”

But Price isn’t comparing Maryland 5 Star to any other event. “It feels like it is going to have its own brand of five-star. It is special in its own way – it isn’t like another five-star which is brilliant.”

Price may have had to fly across an ocean, but Martin gets to sleep in his own bed for this event.

“I live about 20 minutes down the road,” said Martin. “Usually at this time of year we have to fly all the way to Pau [in France]. To have a world-class in this region is sensational. I am lucky enough that I have ridden in all the five-stars around the world and this place is breathtaking.”

“Sometimes it’s better to get locked away in a hotel so you really focus, but I will be playing air hockey with my kids tonight instead of being nervous in a hotel room,” Martin concluded.

The CCI5*-L cross-country begins at 1:03 p.m. tomorrow. Take a preview of the course the riders will be tackling here. 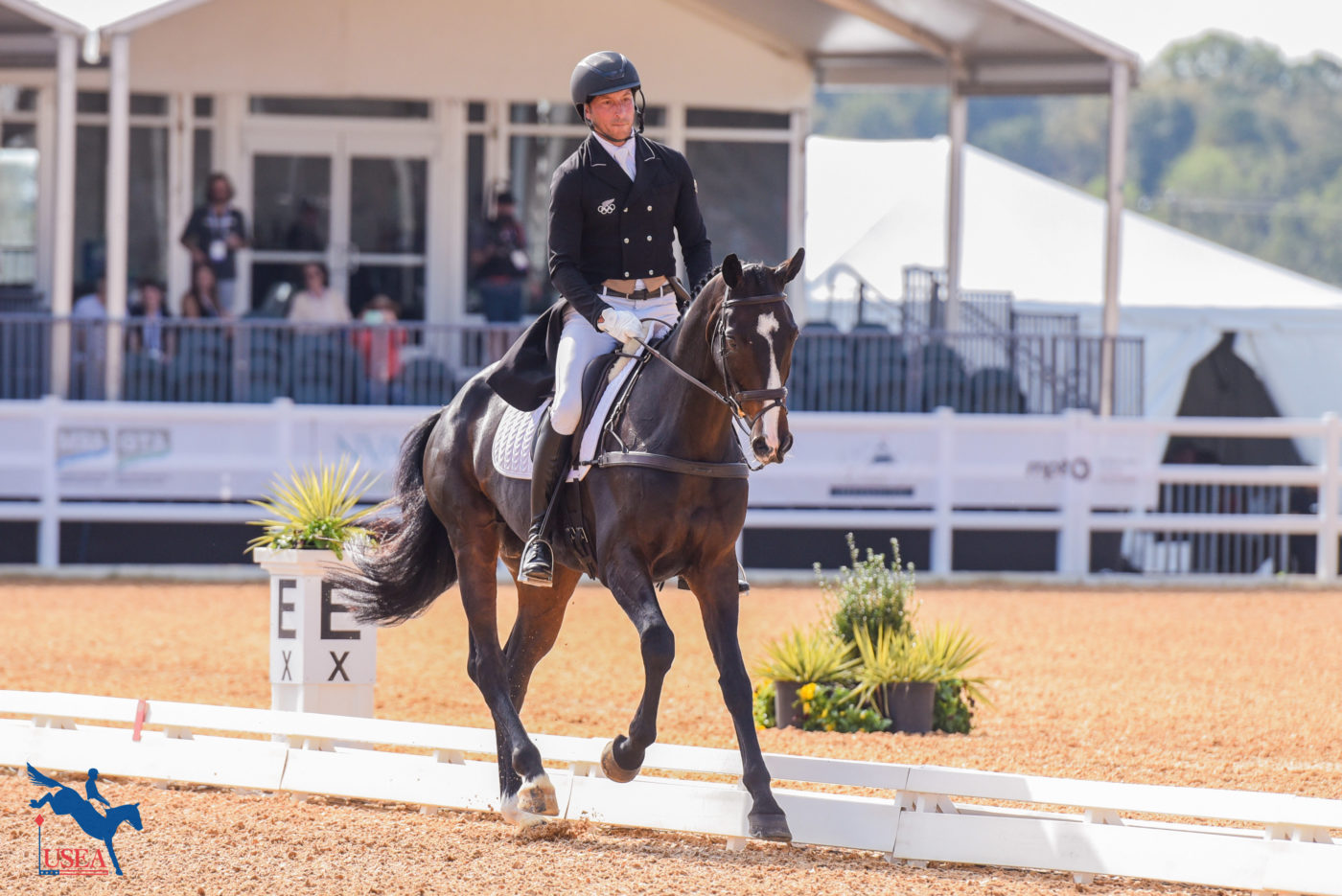 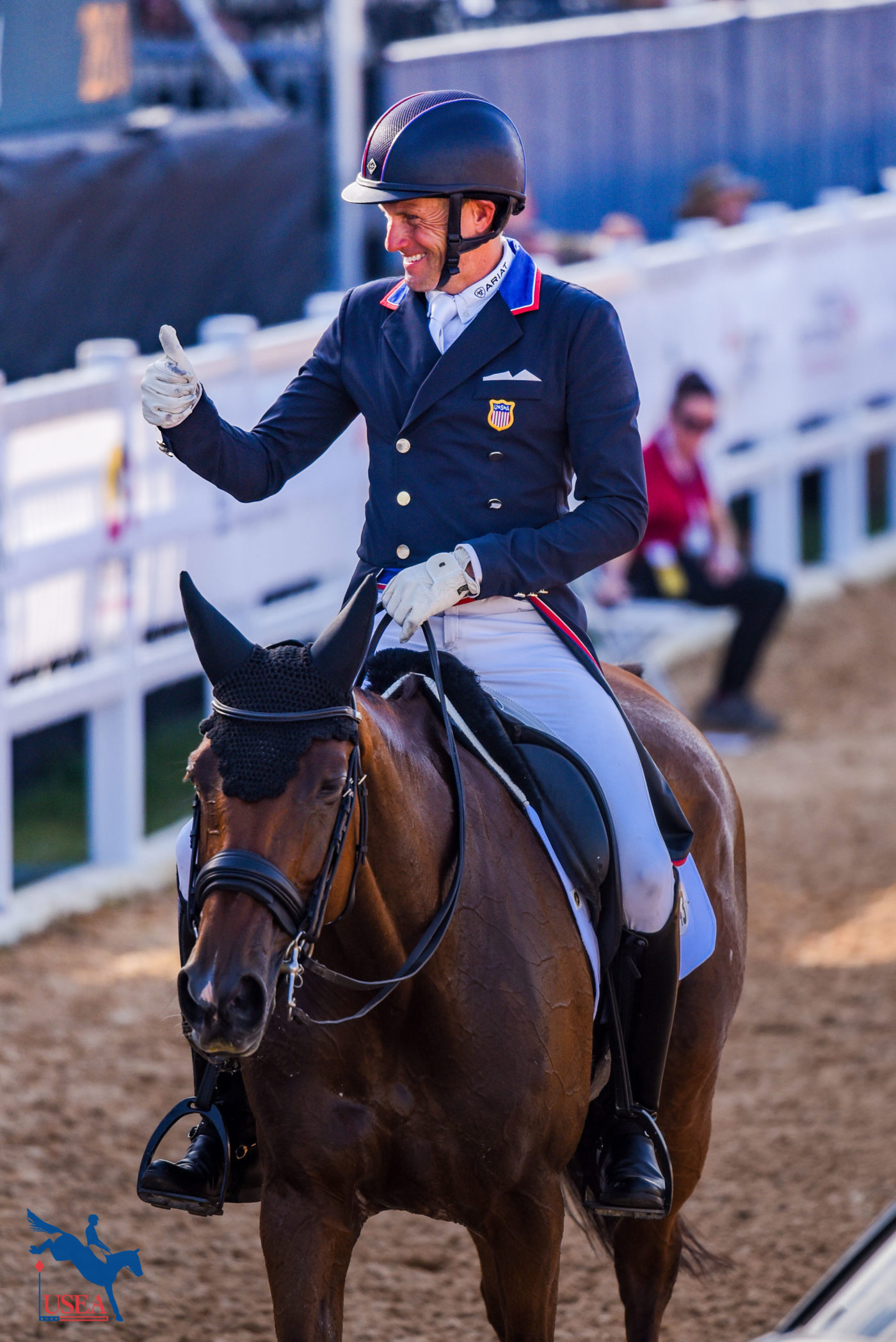 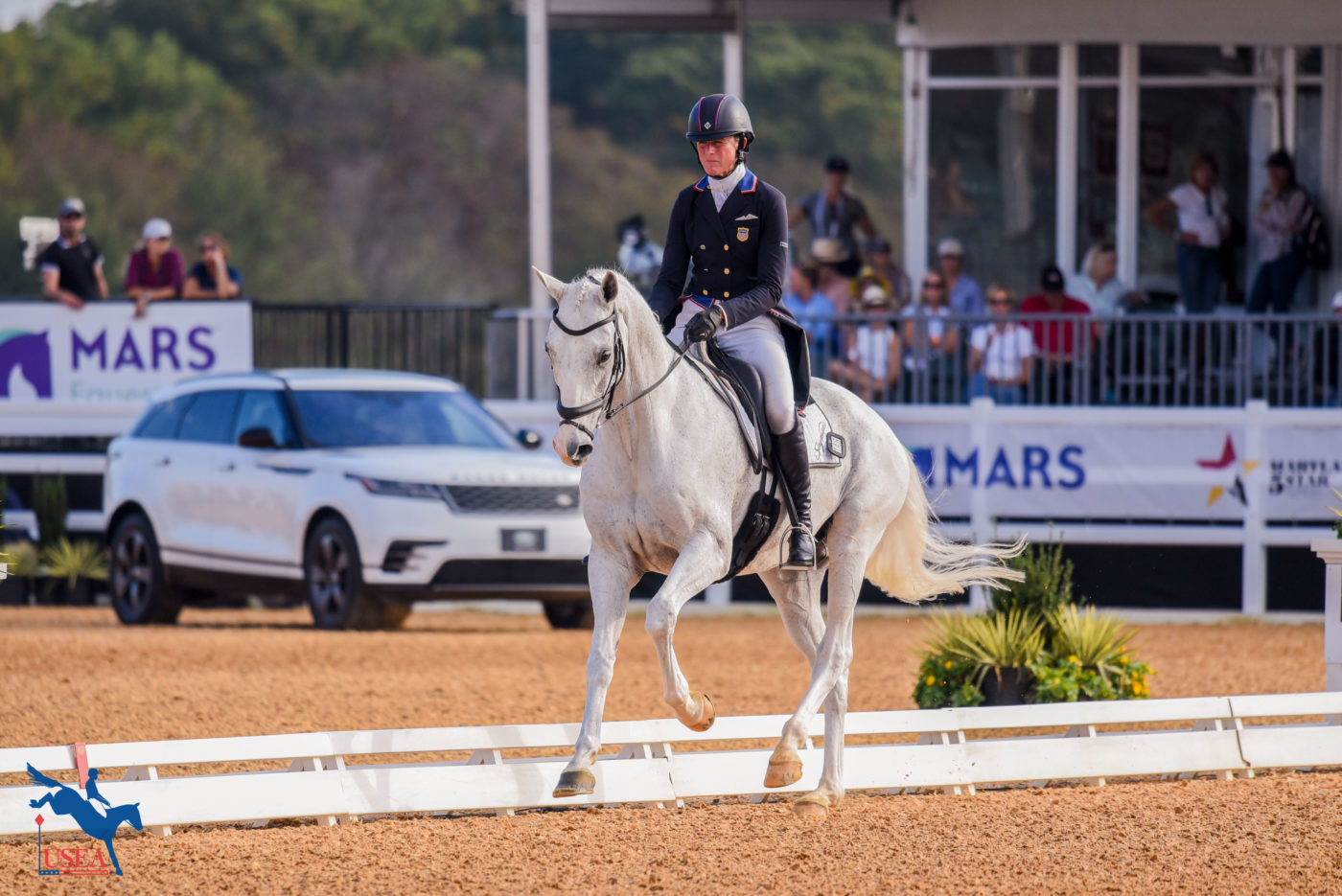 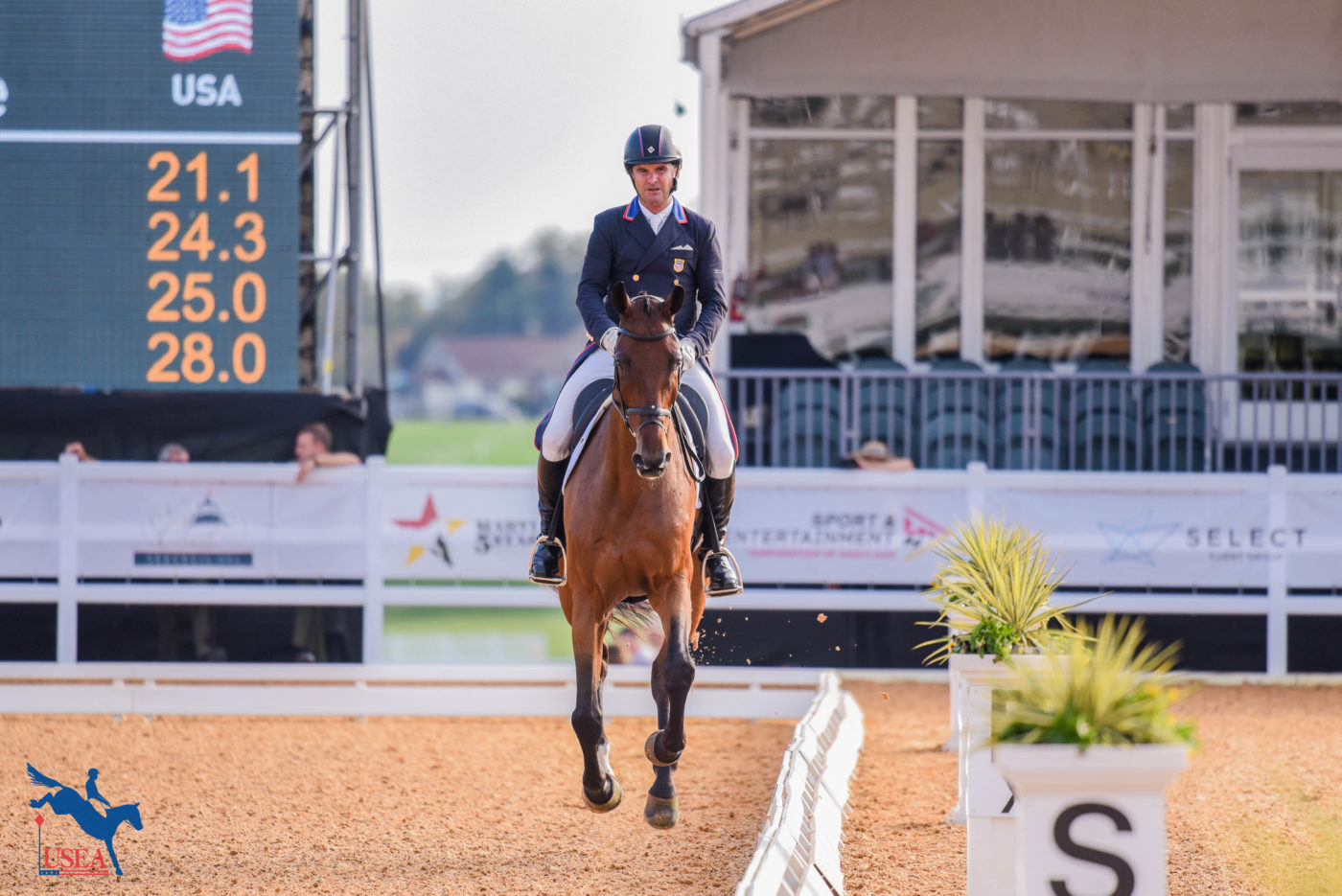 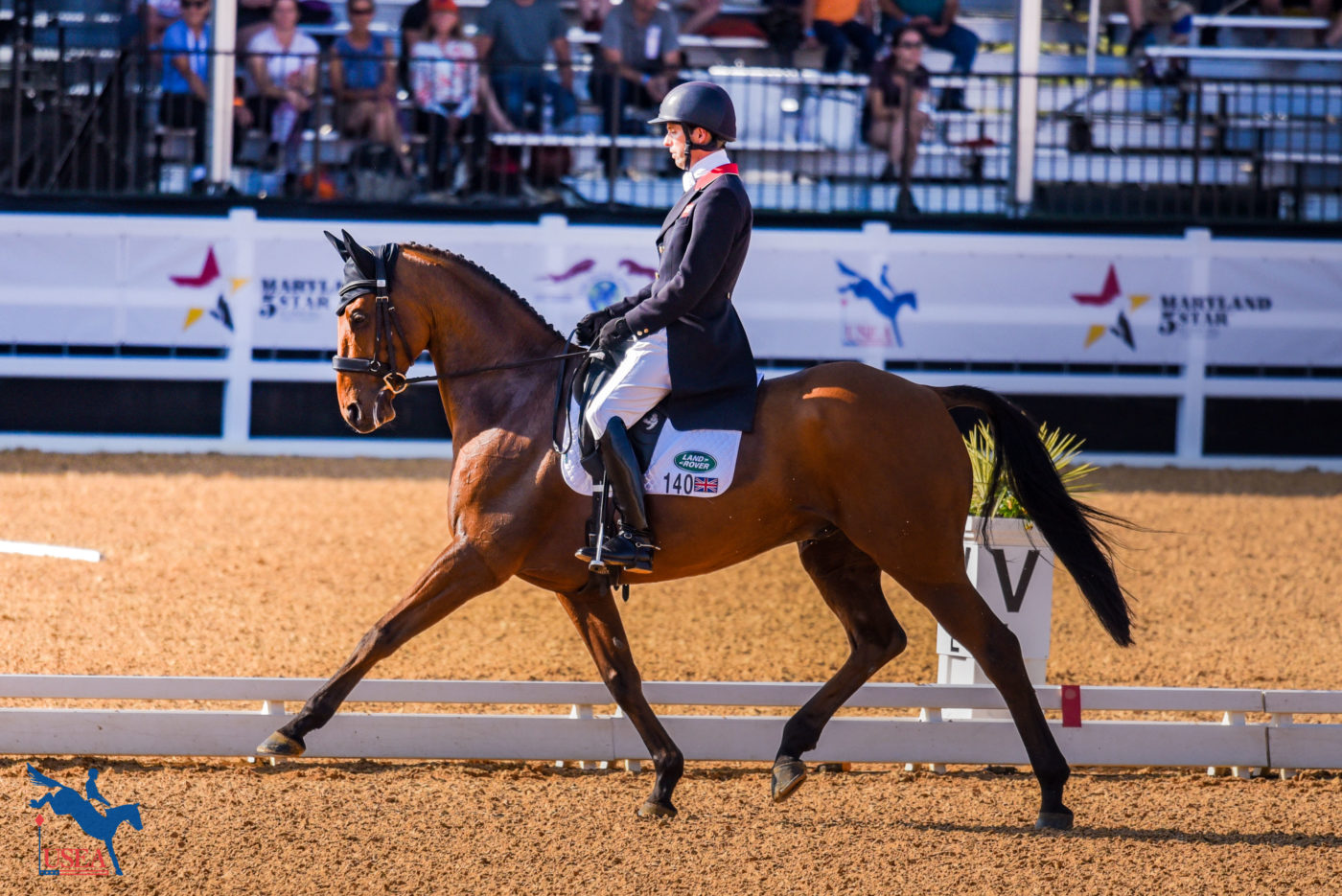 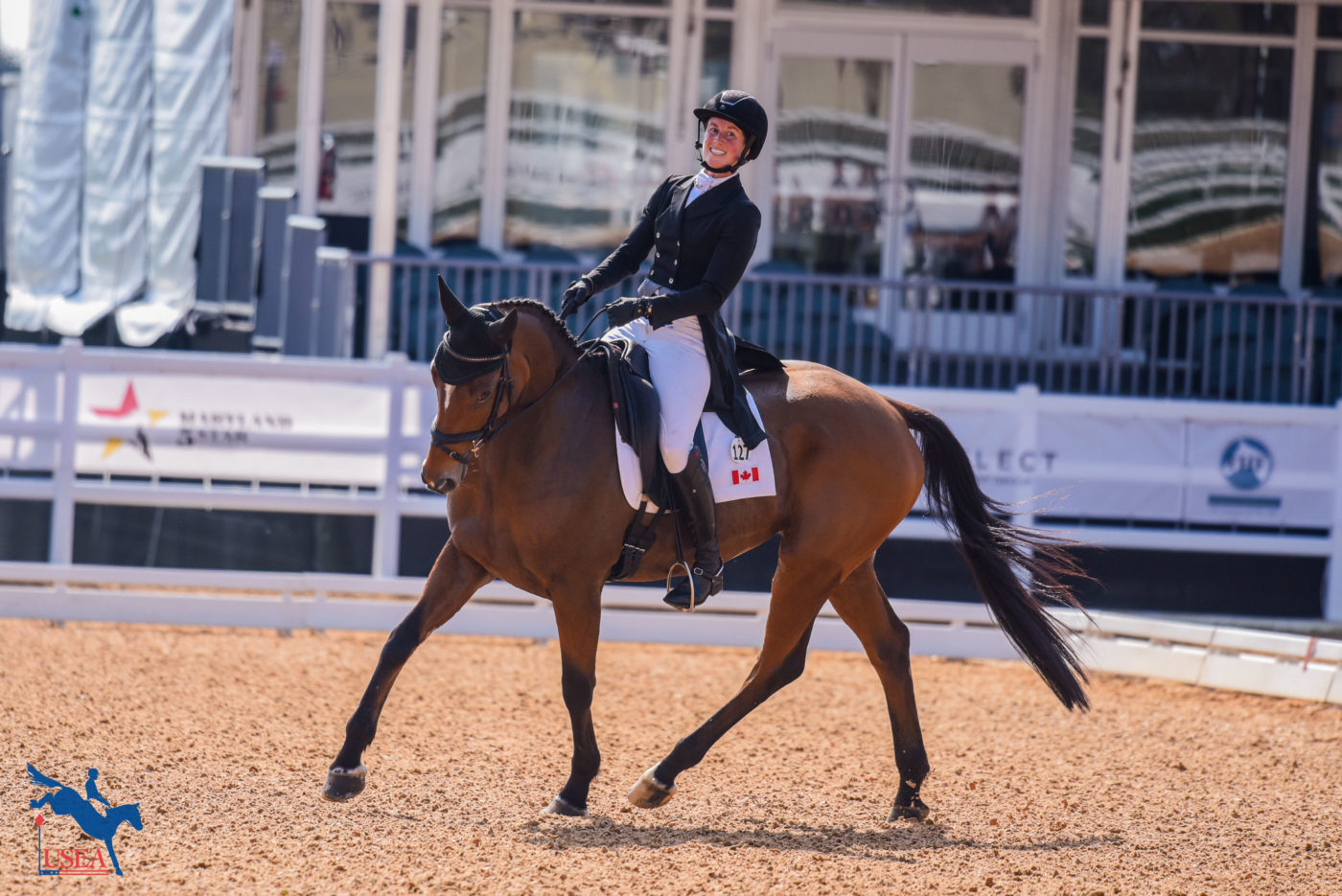 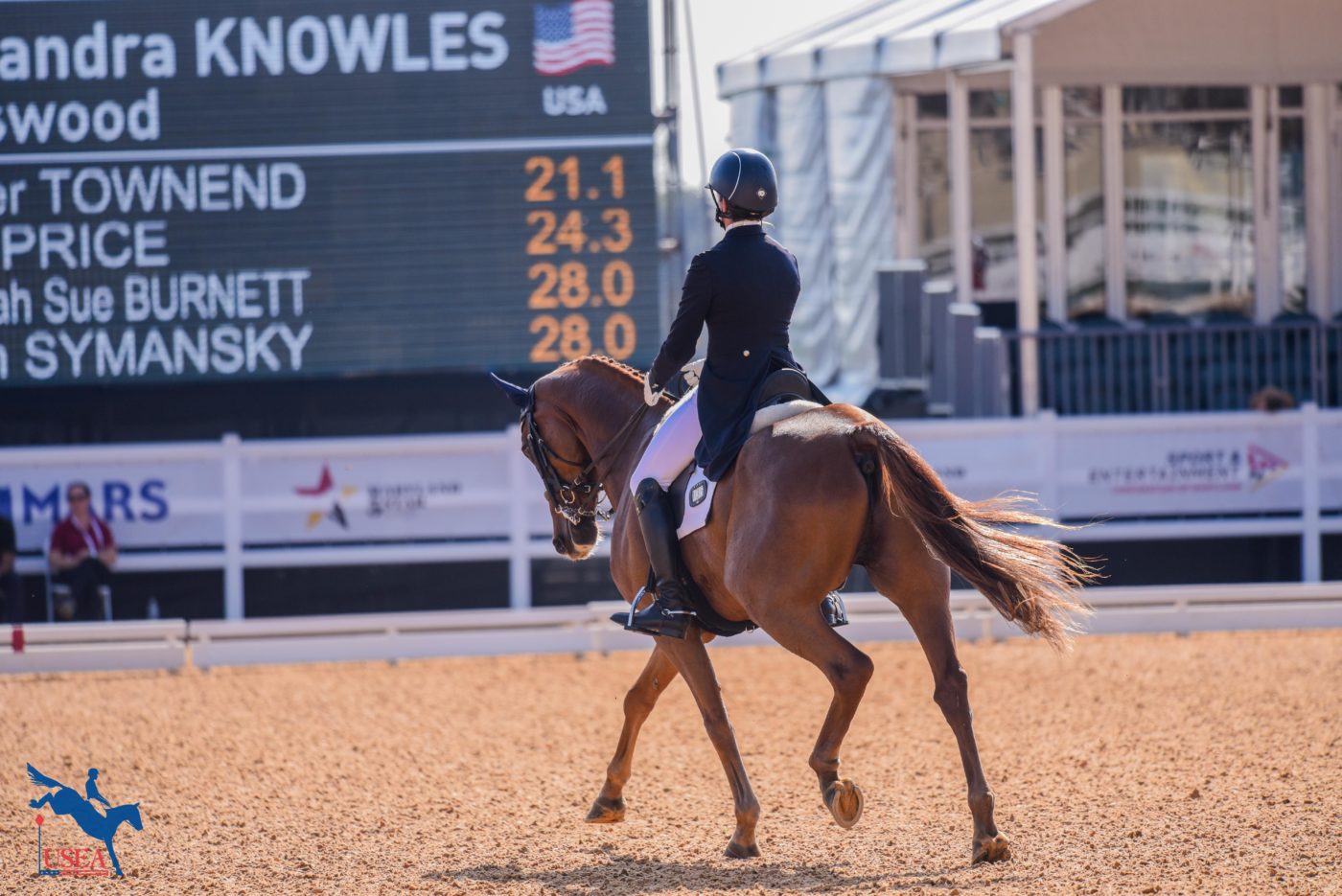 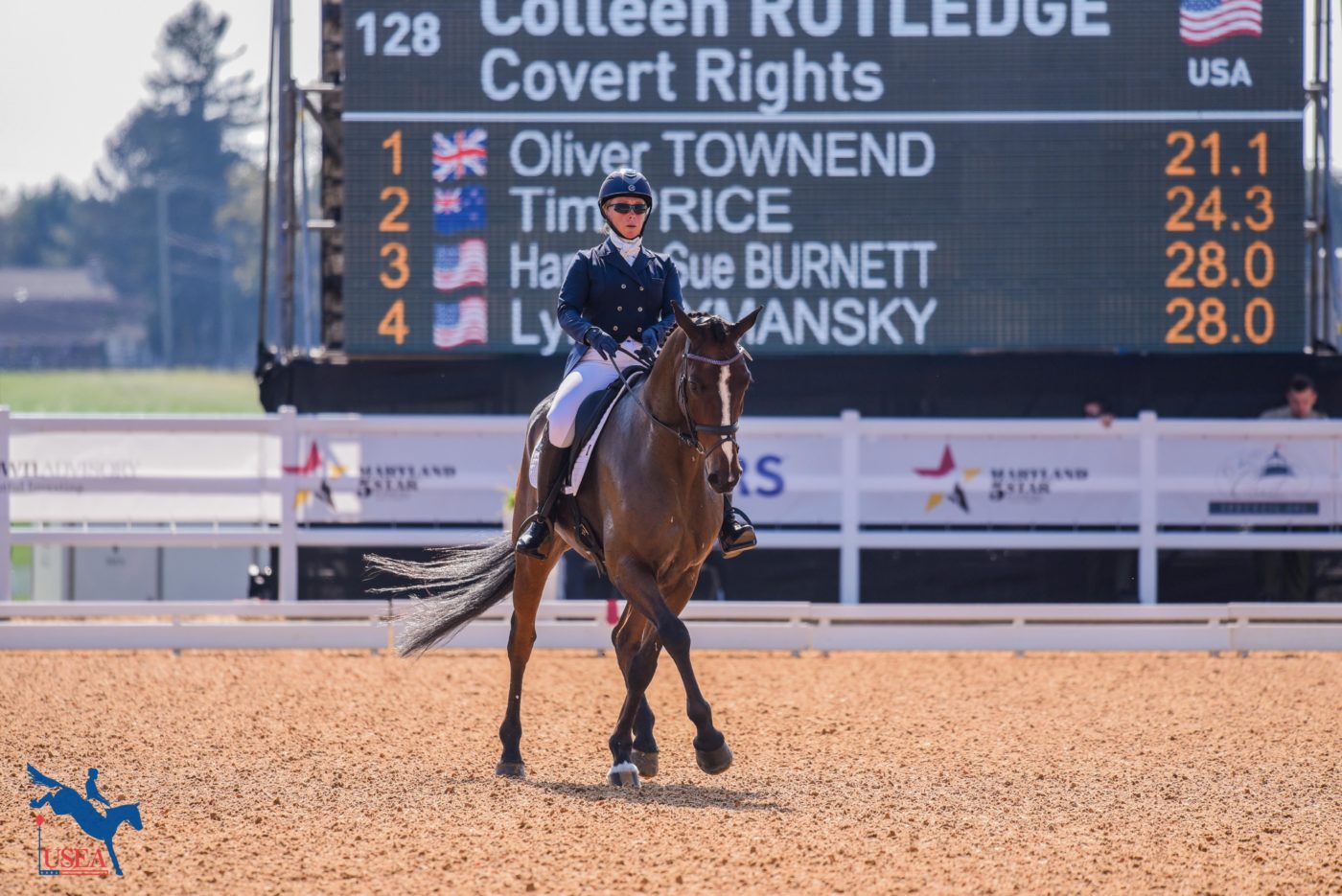 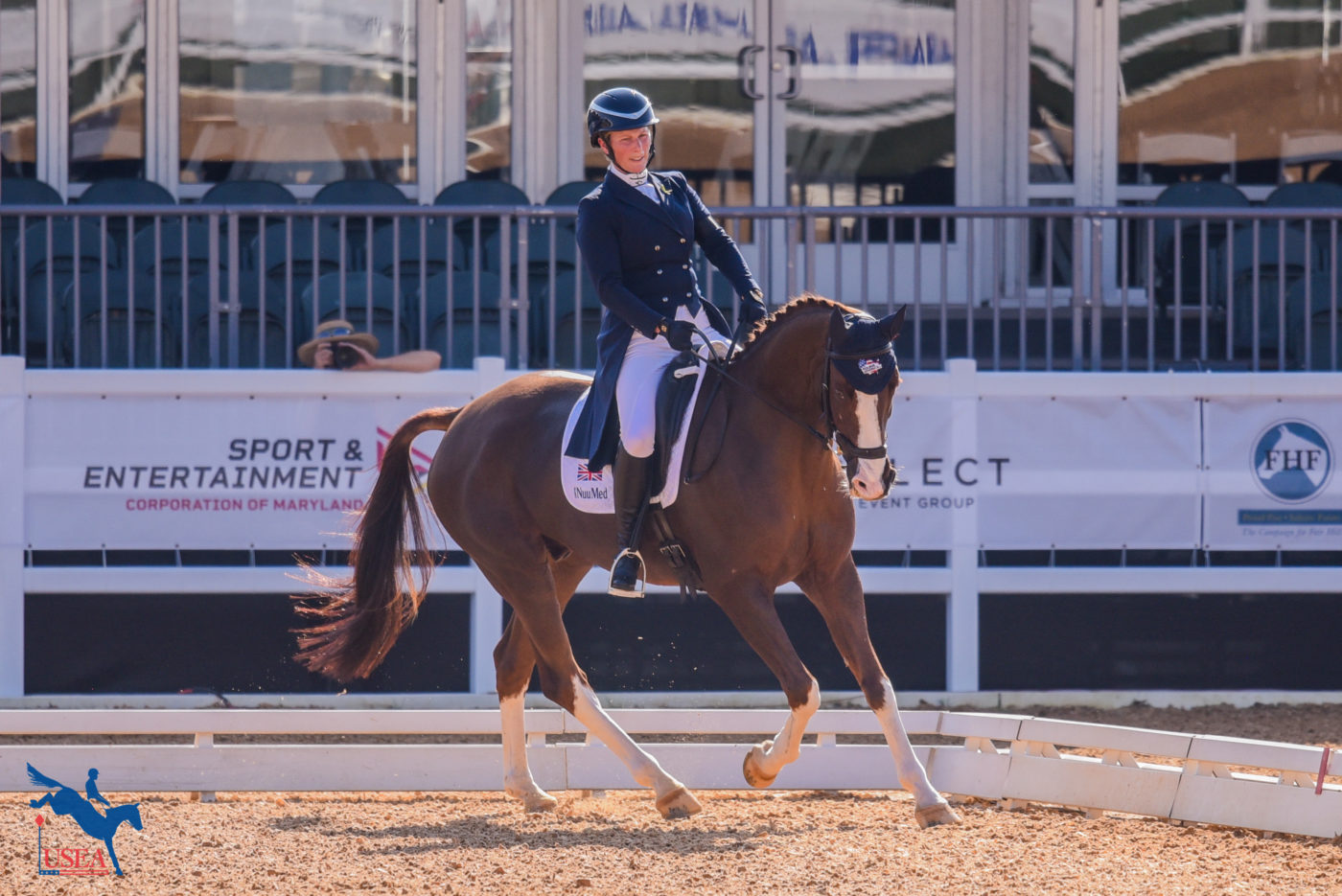 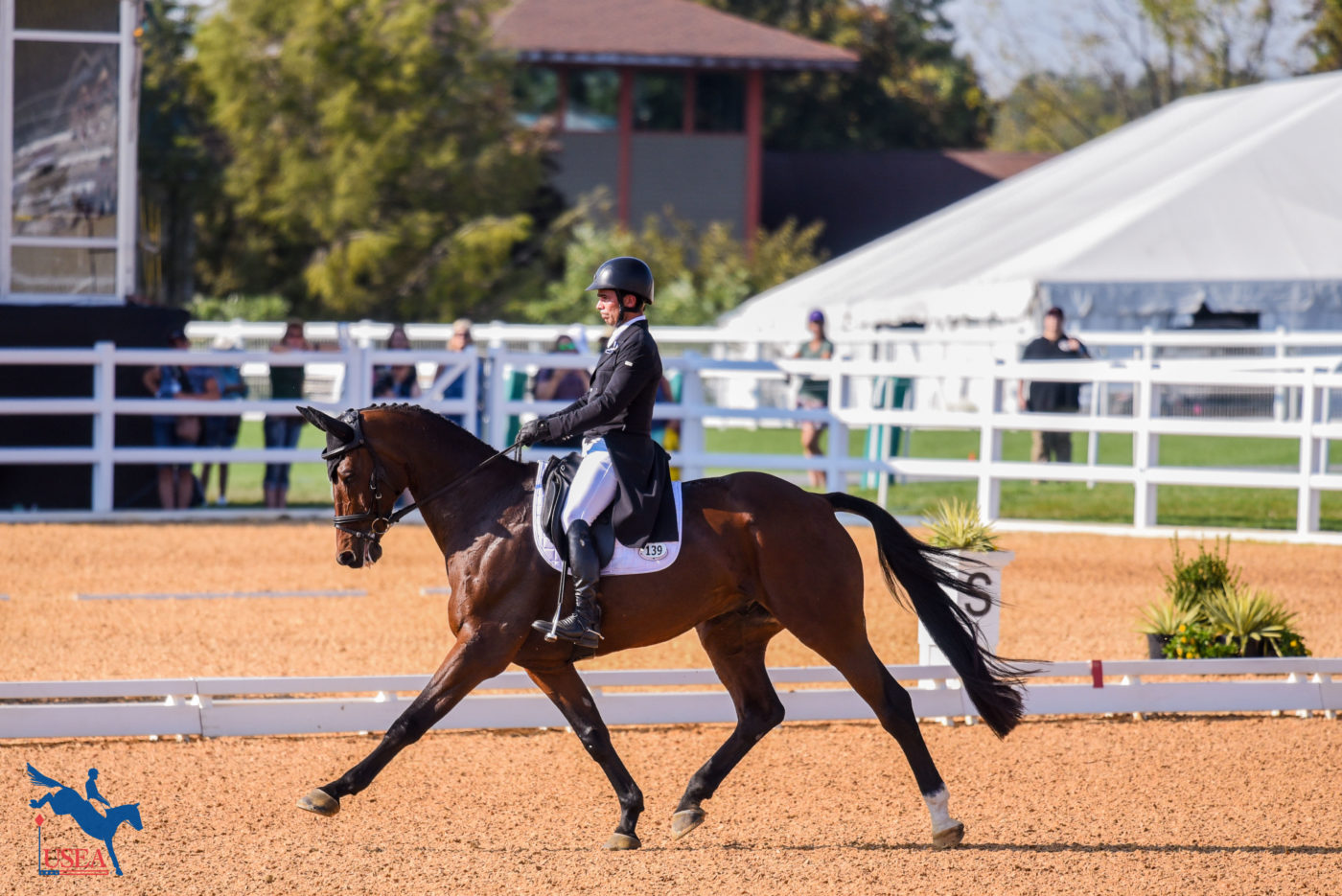