Marilyn Little and RF Scandalous (Carry Gold x Richardia) scored an impressive 25.6 yesterday in the dressage phase of the Adequan USEA Gold Cup CIC3* at Red Hills International and never looked back. Little and Jacqueline Mars and Phoebe and Michael Manders’ 13-year-old Oldenburg mare put in one of only six double clean show jumping rounds this morning before setting out on cross-country, where they jumped clean and picked up 10.4 time penalties on a day when only one rider in 33 starters made the time.

“She was brilliant from start to finish,” said Little. “I had a bit of a slowish start, I didn’t want to come out of the box too fast with her because it’s her first big run [of the season] and we’ve been working on control.” Although she didn’t realize it at the time, Little explained that Kitty tripped on the landing from fence 3 and lost a shoe. The misstep Little felt prompted her to ride more conservatively until after fence 6ABC, the coffin, after which she allowed Kitty to open up. “We lost a pretty good amount of time there,” she said, “but in the end I think it worked out well for her because it gave her some time to settle in and she was spot on all the rest of the way.”

“She read everything really well,” continued Little, “which is wonderful for the horse but also a testament to how beautifully the course was designed. It was hard to make time, obviously. I think the horses looked great at the end of the course, just watching the horses come through, which is really what you love to see this time of year. I think the riders were all really appreciative of that. It was just such a great, beautifully designed, 'come out with a better horse than you went in with' [course], and that’s a lot of fun.”

Little observed that Kitty felt fit out on course and recovered quickly, which she was pleasantly surprised by. She explained that Kitty has had sort of an odd season last year and as a result stayed very fit over the winter. With their eye set on competing at Kentucky at the end of next month, Little said she was glad to feel that Kitty had plenty left in the tank at the end of the course today.

USEF Eventing 25 Training List rider Jacob Fletcher patiently stalked the leaders this weekend, moving up from 13th place with Atlantic Domino after dressage on a score of 34.3 to eighth following show jumping, where they added a single time penalty, and finally into second after picking up just 2.4 time penalties on cross-country, one of the fastest rides of the day.

The 23-year-old acquired Atlantic Domino (Dunlough Striker x Atlantic Amanda), his own and Frank Fletcher’s 13-year-old Irish Sport Horse gelding, from Mark and Tanya Kyle as an 8-year-old while he was living in Europe in 2014. The pair returned to the states in 2015, and that same year Fletcher and Atlantic Domino took the Advanced Champion title at the American Eventing Championships in Tyler, Texas.

Fletcher explained that consistency at the three-star level has been a challenge, so it felt really good to have three strong phases this weekend. “He was super,” he said. “I’ve struggled with him in the past; he’s a bit small-strided, so we’ve struggled making the longer distances on cross-country, and he’s a very careful jumper too.” In the process of working to correct that, Fletcher explained that they would sometimes “come in too hot on occasion and have a blow-by. It’s been [a process of] finding the middle ground, so hopefully I’ve got it now.”

“What’s been different for me this year at least so far is that he’s always so rideable and easy and he still goes in a loose ring snaffle cross-country, but he’s a lot stronger and more hyped for all three phases than he was when I got him as an 8-year-old,” Fletcher said. “You wouldn’t think they normally go that way but it seems to be the way he goes.”

Fletcher was recently in Ocala for the Eventing 25 Winter Training Sessions with coach Leslie Law. He returned home to Arkansas for a few weeks after the sessions but came back down to compete at Pine Top and has been based at Mike Huber’s farm and working with Law since then. “I’ve found it hard riding in Arkansas alone and trying to set stuff tough enough; I always set stuff too easy at home. So it’s really good to get tuned up and Mike and Leslie have helped me out with that.”

Jordan Linstedt and Revitavet Capato (Contendro I x Annabelle), her own and Barbara Linstedt’s 15-year-old Hanoverian gelding, dropped back to fifth place after pulling a single rail in show jumping but made up for it by clocking only 5.2 time penalties on cross-country today to move back up into third place.

“[The course] was pretty fast at the end, it just took me that first minute or two to get into a rhythm,” she noted. “He’s got such a stride and now it’s just making it as smooth as I can and trusting that I can leave strides out.”

Linstedt said she’s still trying to decide if she’ll return to Kentucky this year with Capato or travel across the pond to Badminton. “It will just kind of depend on what my plan is. Kentucky, maybe I could go this year and think about being competitive. He’s feeling so good and I think I’ve got all three phases now. The dressage has always been there but now we’re really consistent up in the marks and the show jumping has been a little bit tough, he’s so big and has such a massive stride. This was a perfect course for him because he was so good in that arena and I could allow a bit more and trust that I didn’t have to put him together . . . I really feel like all three [phases] are coming together.”

Of the 33 riders that set foot in the show jumping ring this morning, 20 pairs picked up jumping faults and 17 had time faults. Clara Cargile and White Indian were eliminated for two refusals, and William Hoos and Celtic Rhythm retired on course. Time proved to be a major factor on cross-country today, as is usually the case at Red Hills, with all but one of the 30 pairs that left the box picking up time faults. There wasn’t one single fence that caused issue today, but Jennie Jarnstrom and Penelope, Shelby Brost and Crimson, and Nilson Moreira da Silva and Muggle all retired on course. Forrest el-Effendi and Winter Colony parted ways at fence 18, but both horse and rider are okay. 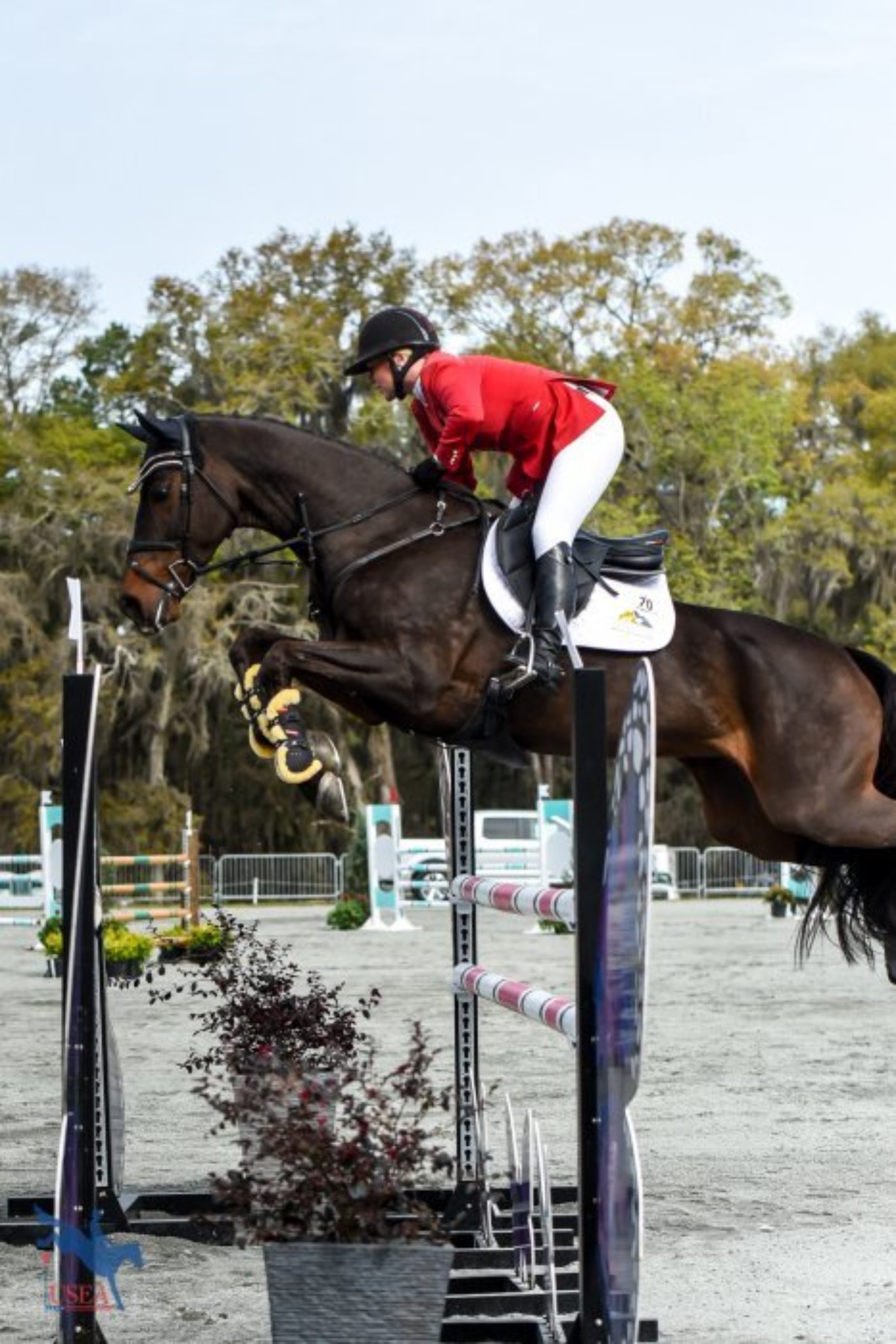 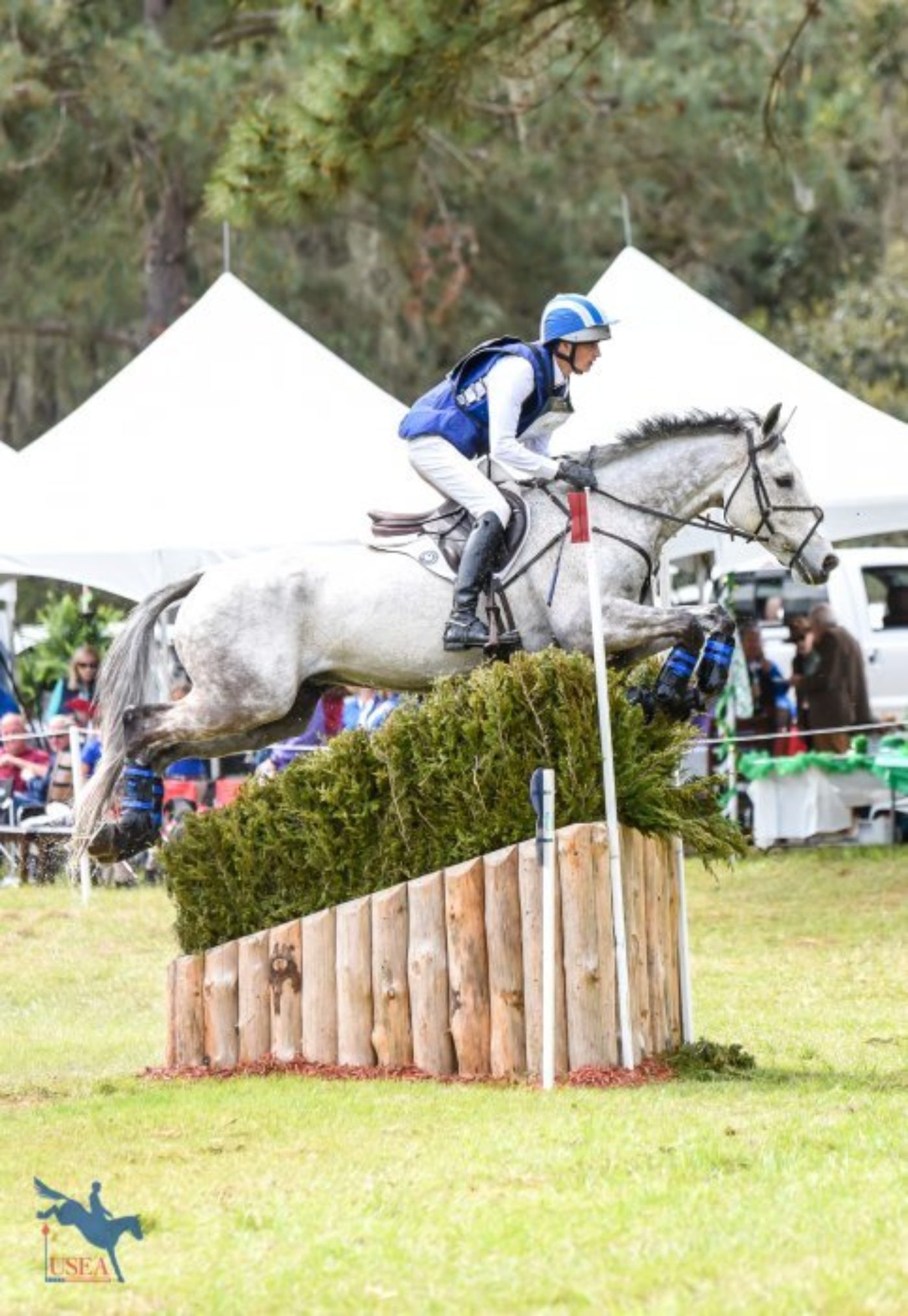 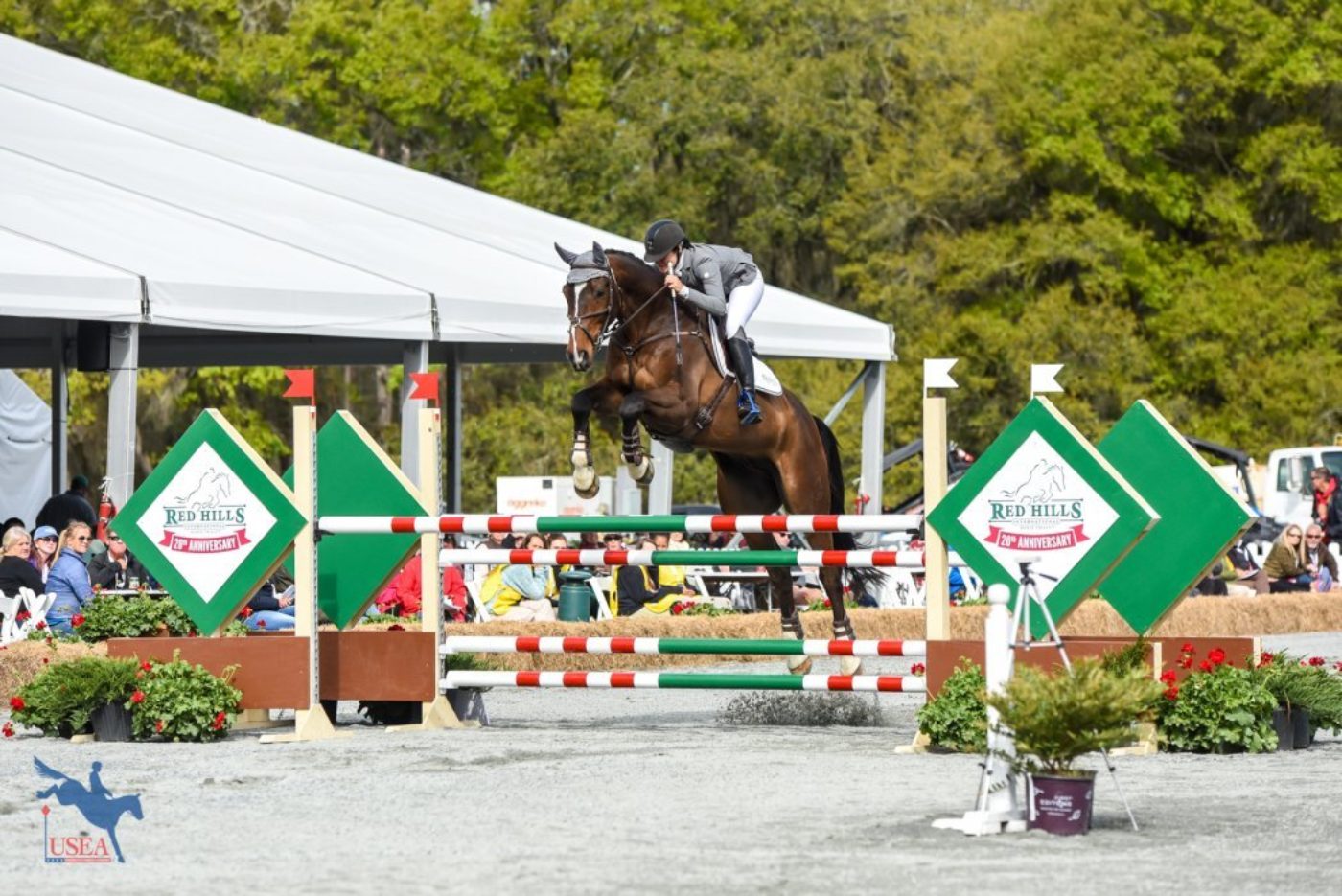 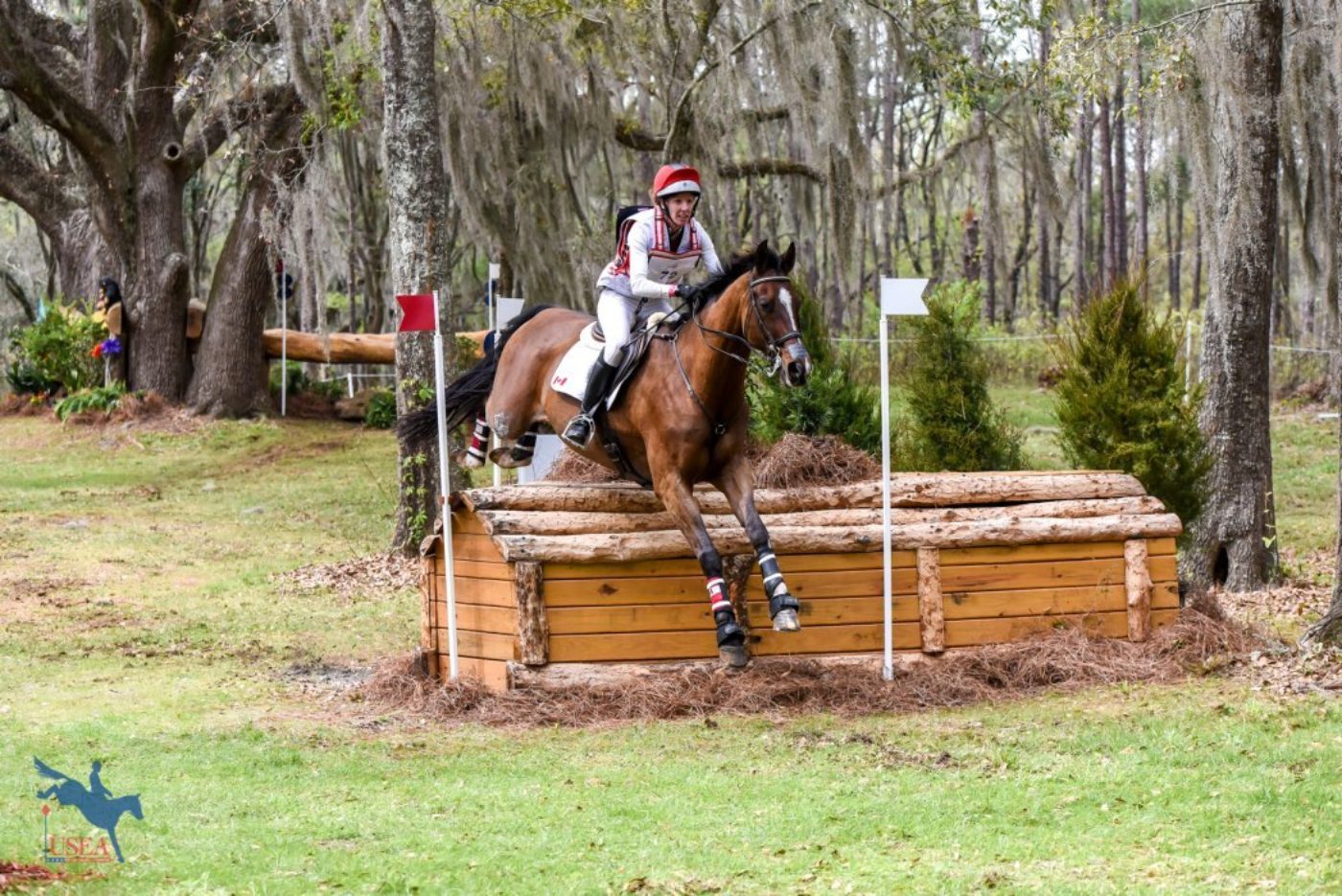 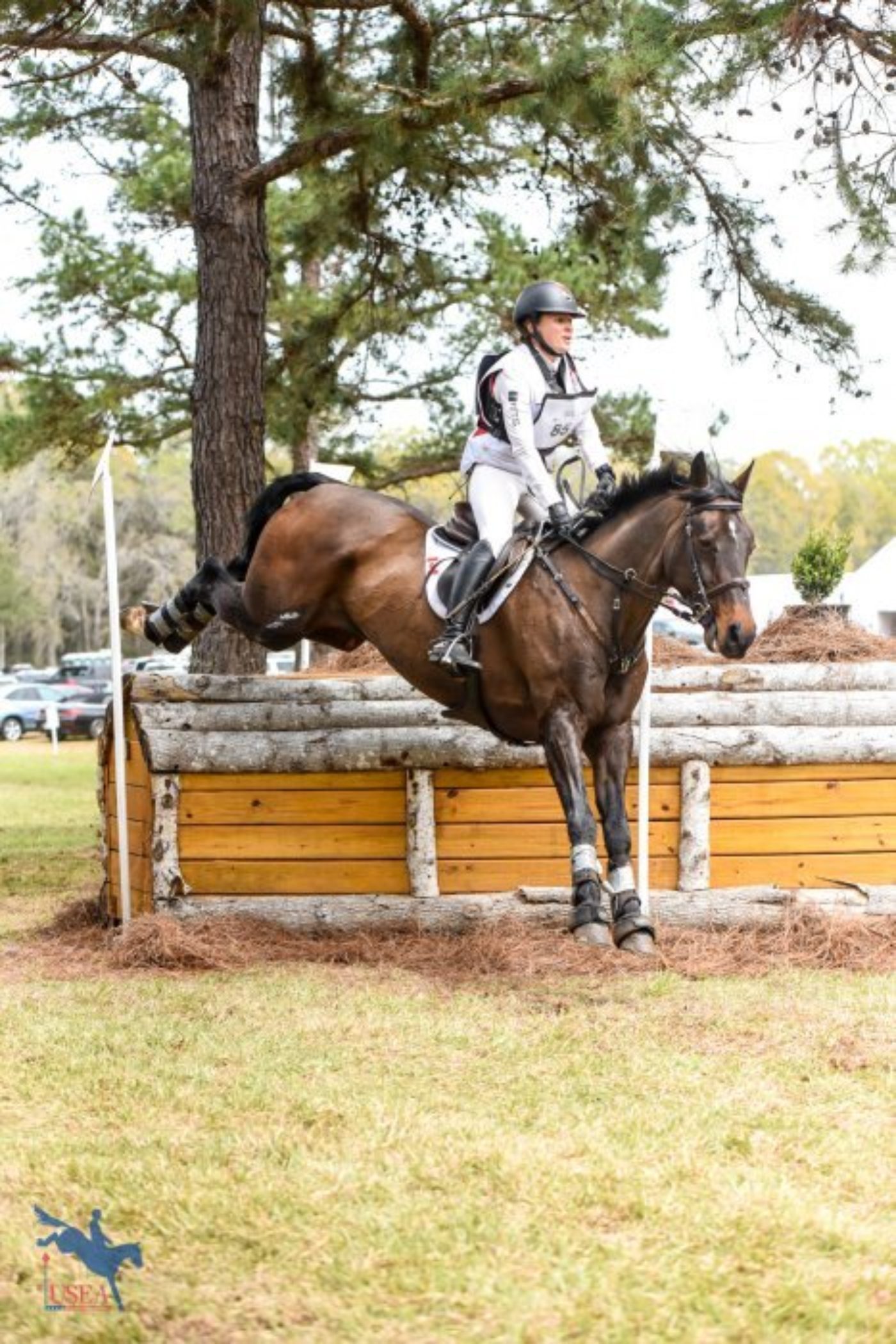 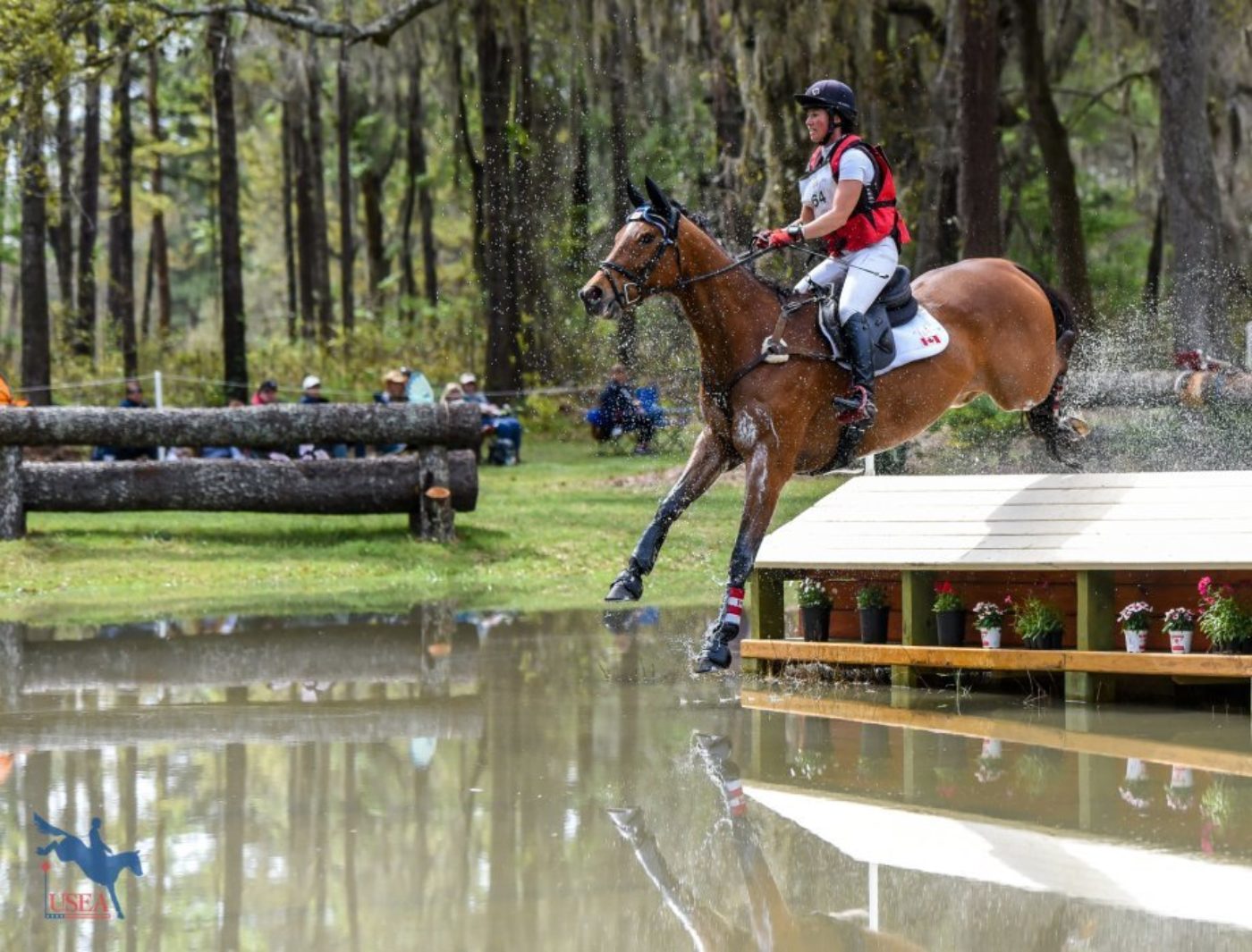 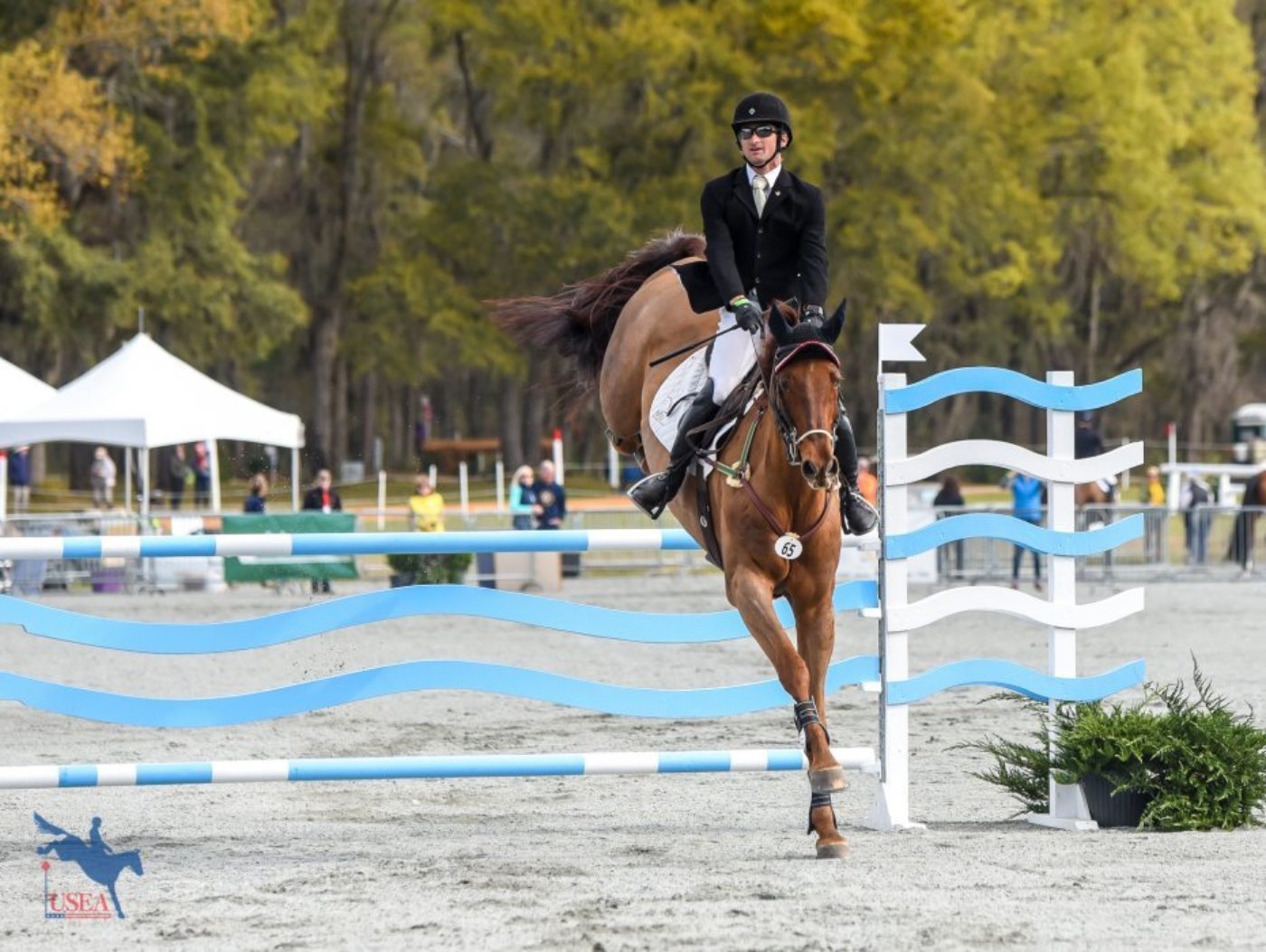 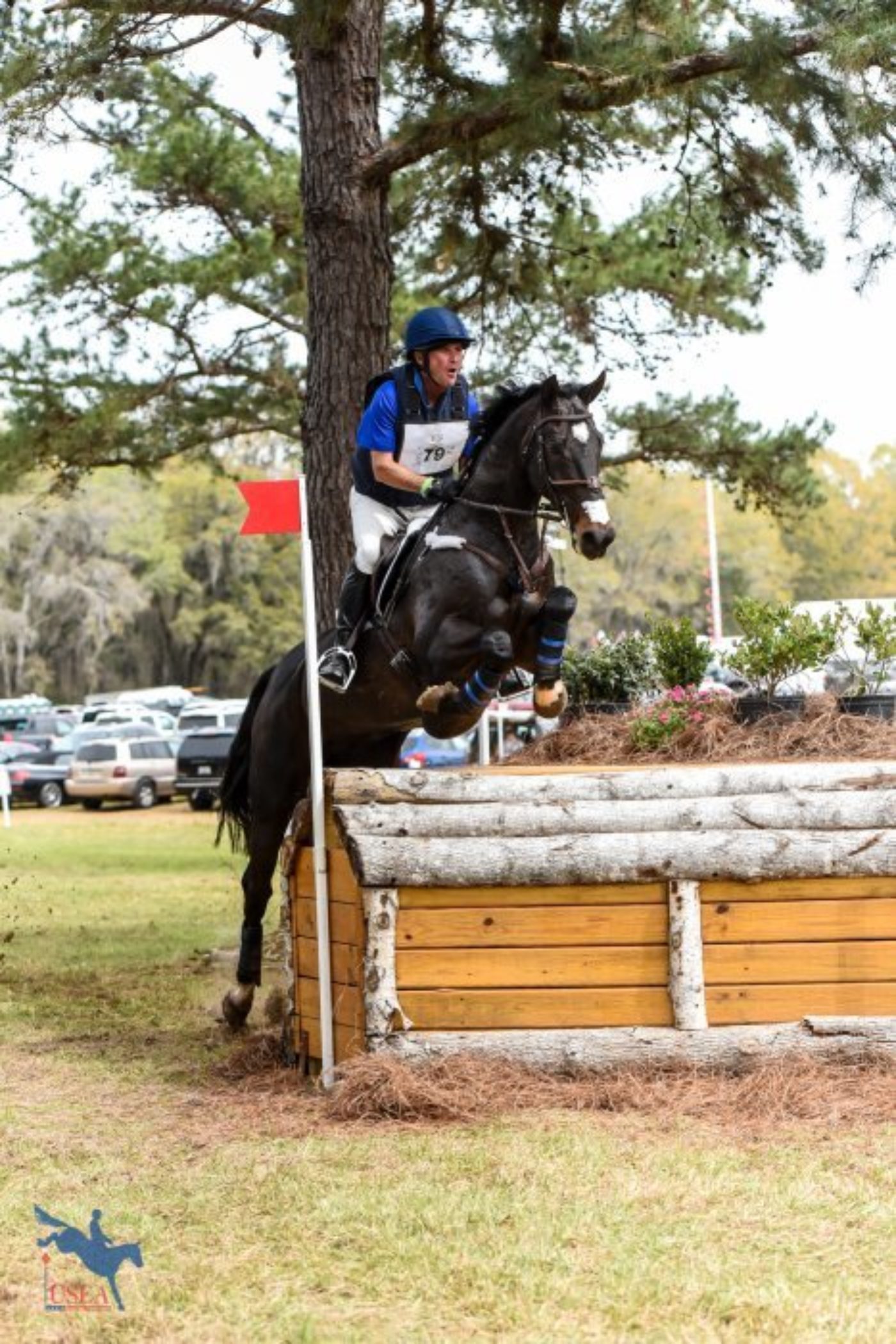 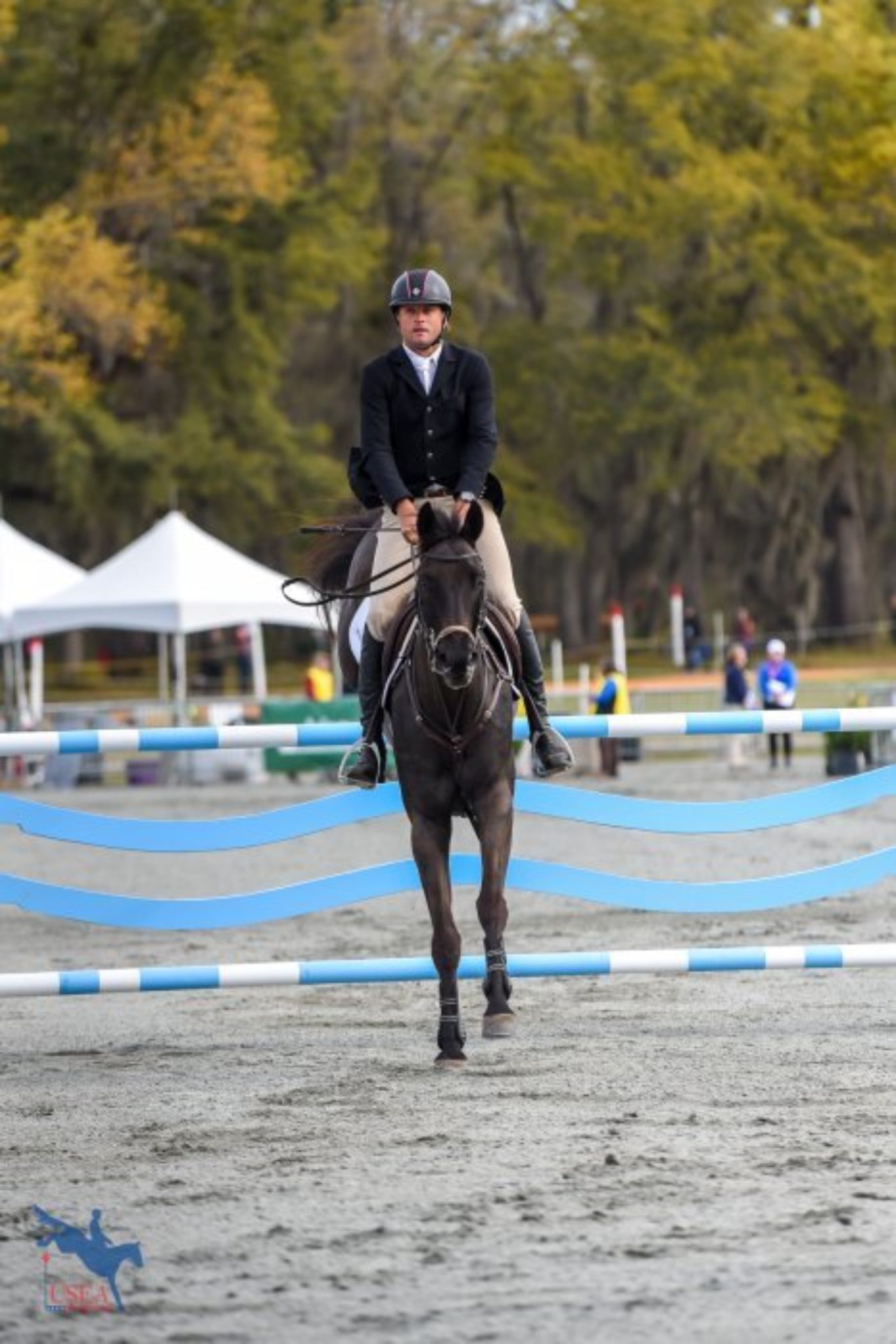 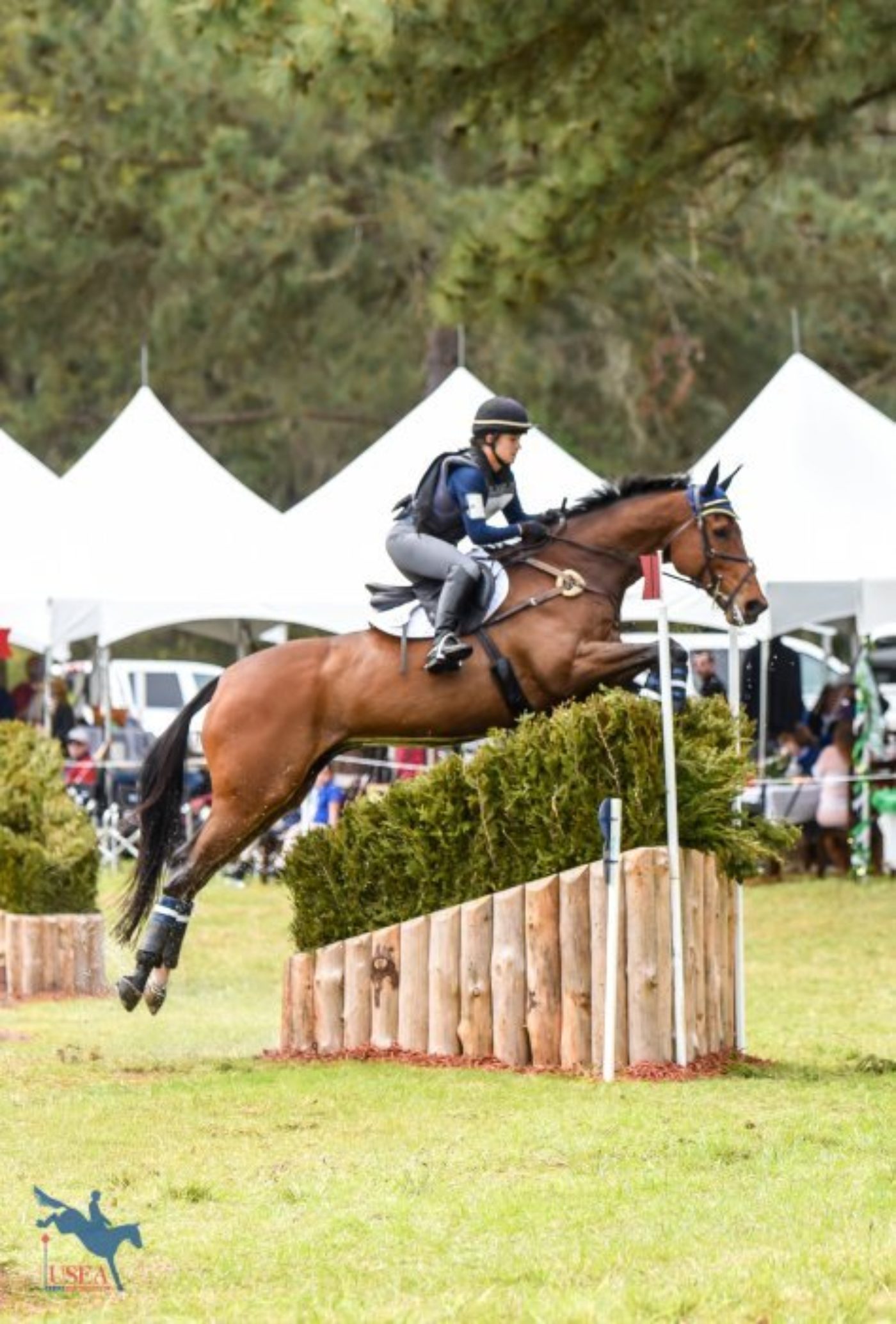