The Future Event Horse Yearling from 2020, Trilogy (Claire de Lune x Honor Jean), returned to justify her previous crowning and to mark up yet another win in the FEH 2-year-old division. Janine Jano, owner, and breeder of the Belgian Warmblood filly was quite thrilled. “For her to have won two years in a row is beyond our wildest expectations,” said Jano. “I am so excited that more than one judge thinks she is as spectacular as they do.”

Jaro not only attributes the filly's success to her handler, Ghislaine Homan-Taylor, but also to pure luck. “I bought the breeding to him [Clair de Lune] at Galway in 2009. I just liked him.”

The race for the FEH 3-year-old Championship is closely contested with less than a point between first and second. Rylin Clarke and her Holsteiner filly, NSF Cassiopeia (Chiron x Be A Star) are the overnight leaders with a score of 77.40. Clarke has only owned the filly for six months. “She’s out of one of my favorite mares that I have ever ridden before, “ said Clarke “I want to take her as far as she can go, I think she will like eventing overall. She is super willing to do anything I ask her to do.”

Right on her heels in second is Chloe Smyth with last year’s FEH 2-year-old champion, RSH Goliath (Gringo-Gallipoli x Sam’s Girl). The Hanoverian gelding finished the first day on a score of 77.20.

As well as being presented for confirmation, the FEH 4-year-olds were put through their paces under saddle on Friday. This group of well-behaved youngsters is currently being led by Allyson Hartenburg's Thoroughbred mare, Test Pilot HE (Empire Way x Desert Tony). Sitting in a close second is Emily Russell's Thoroughbred gelding, American Quest (Daddy Nose Best x Shellys Terms).

Both the 3-year old and the 4-year old FEH divisions will demonstrate their aptitude over fences in the jump chute Saturday afternoon.

The beginning of the day consisted of the dressage and conformation portion of the competition for the Dutta Corp. USEA YEH West Coast 4- and 5-year old Championships. The overnight leader in the 5-year-old Championship is Cellar Farm Corp.’s, Lex D (Freeman VDL x Berber) handled by Amber Birtcil.

Sitting on a score of 26.3, Lex D and Birtcil will go into the final phase of the Championship with less than a point between the pair and runner-up, Andrea Baxter and her homebred Dutch Warmblood gelding, Liefhebber (Connect x Vrijbuiter).

YEH competition moves into the jump field today where horses will gallop as well as jump both showjumping and cross country obstacles to demonstrate their ability under tack. 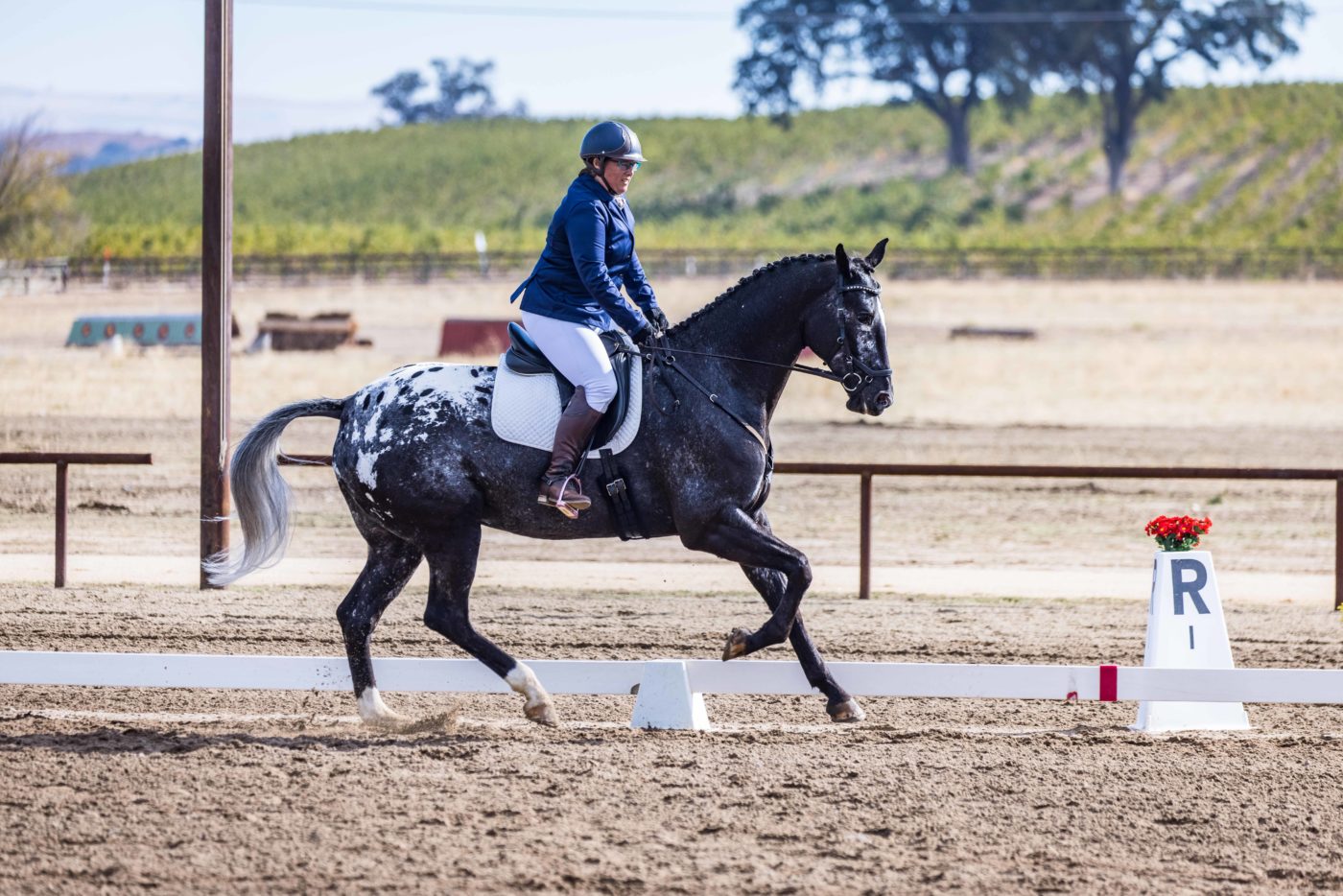 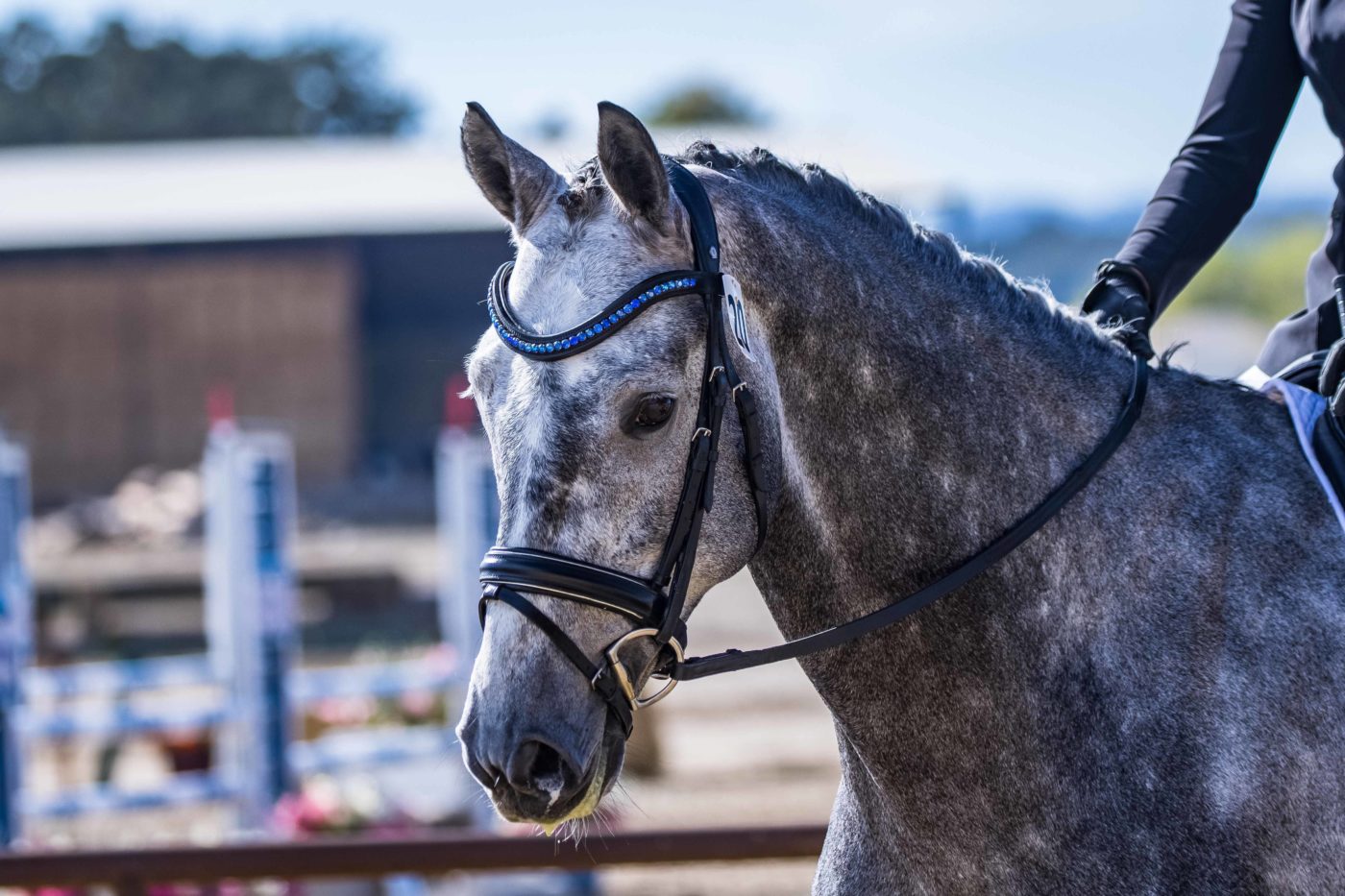 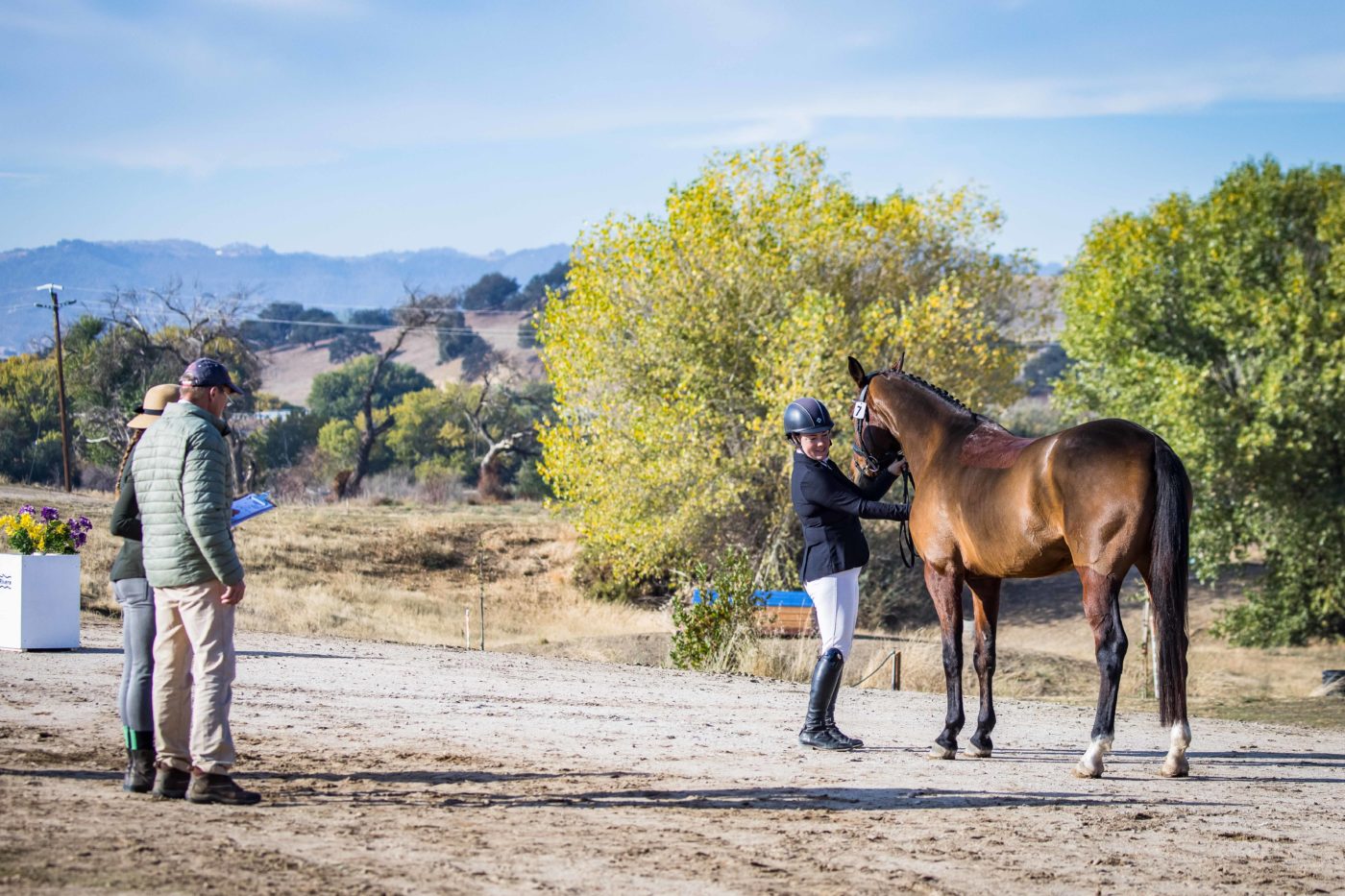 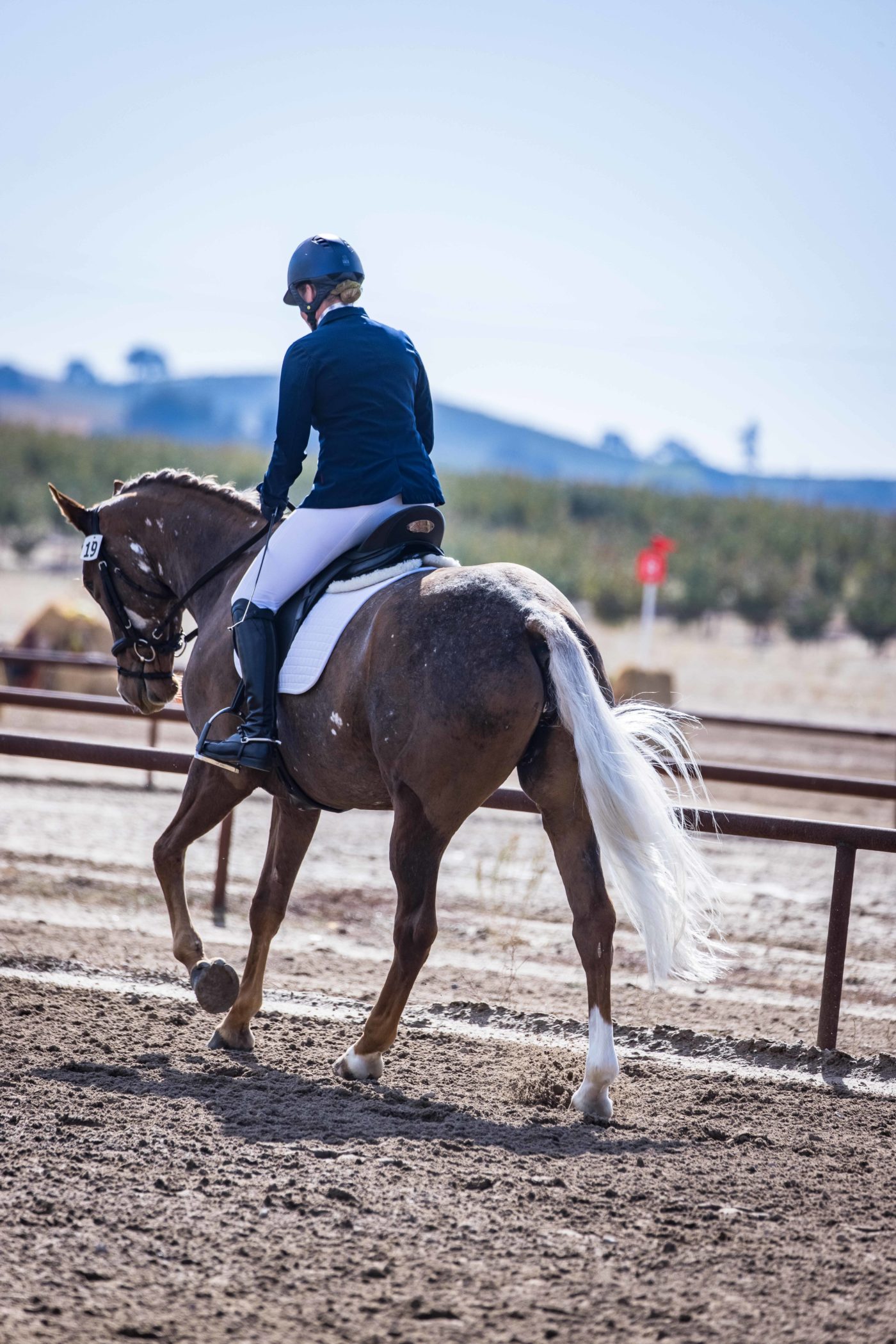 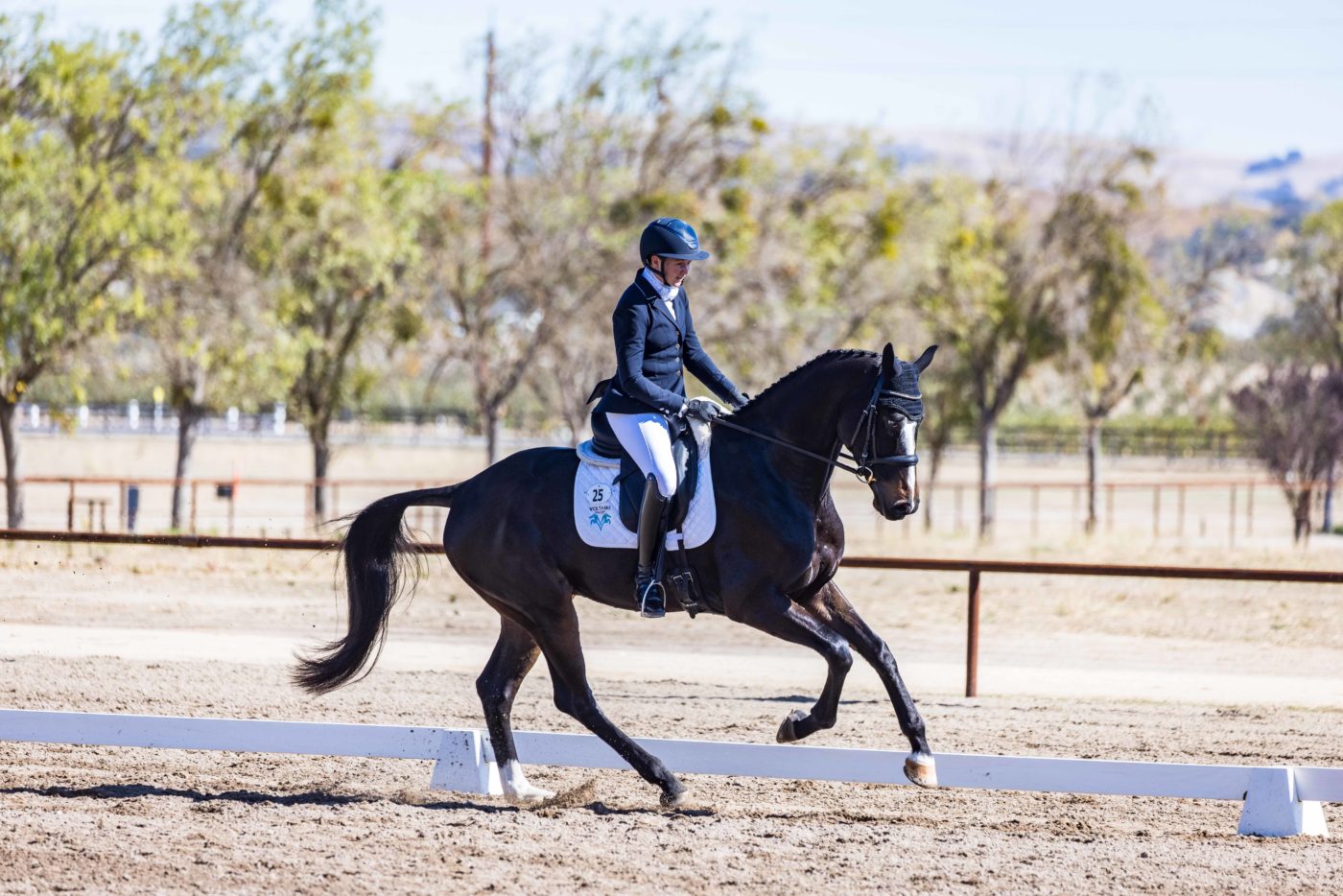 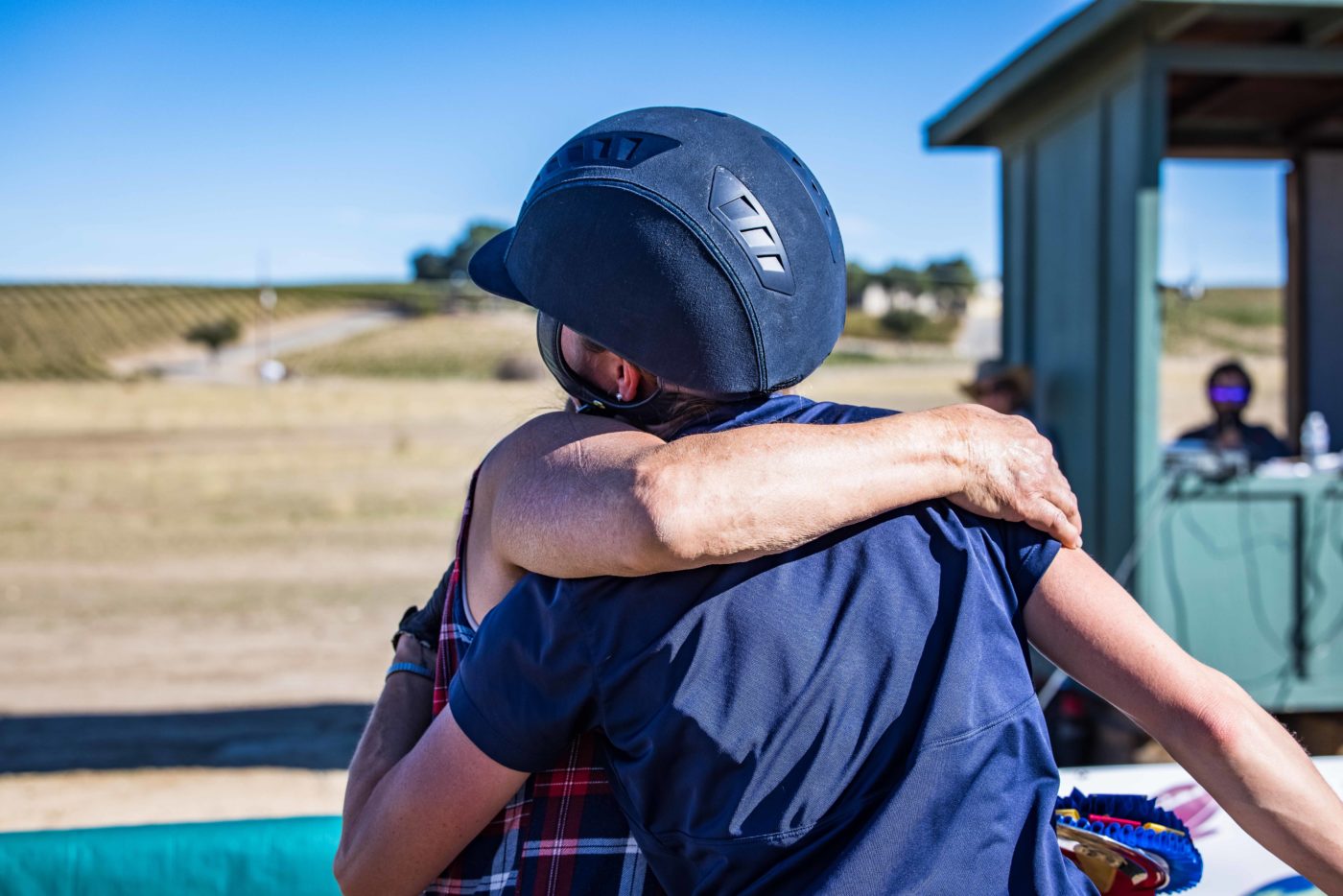 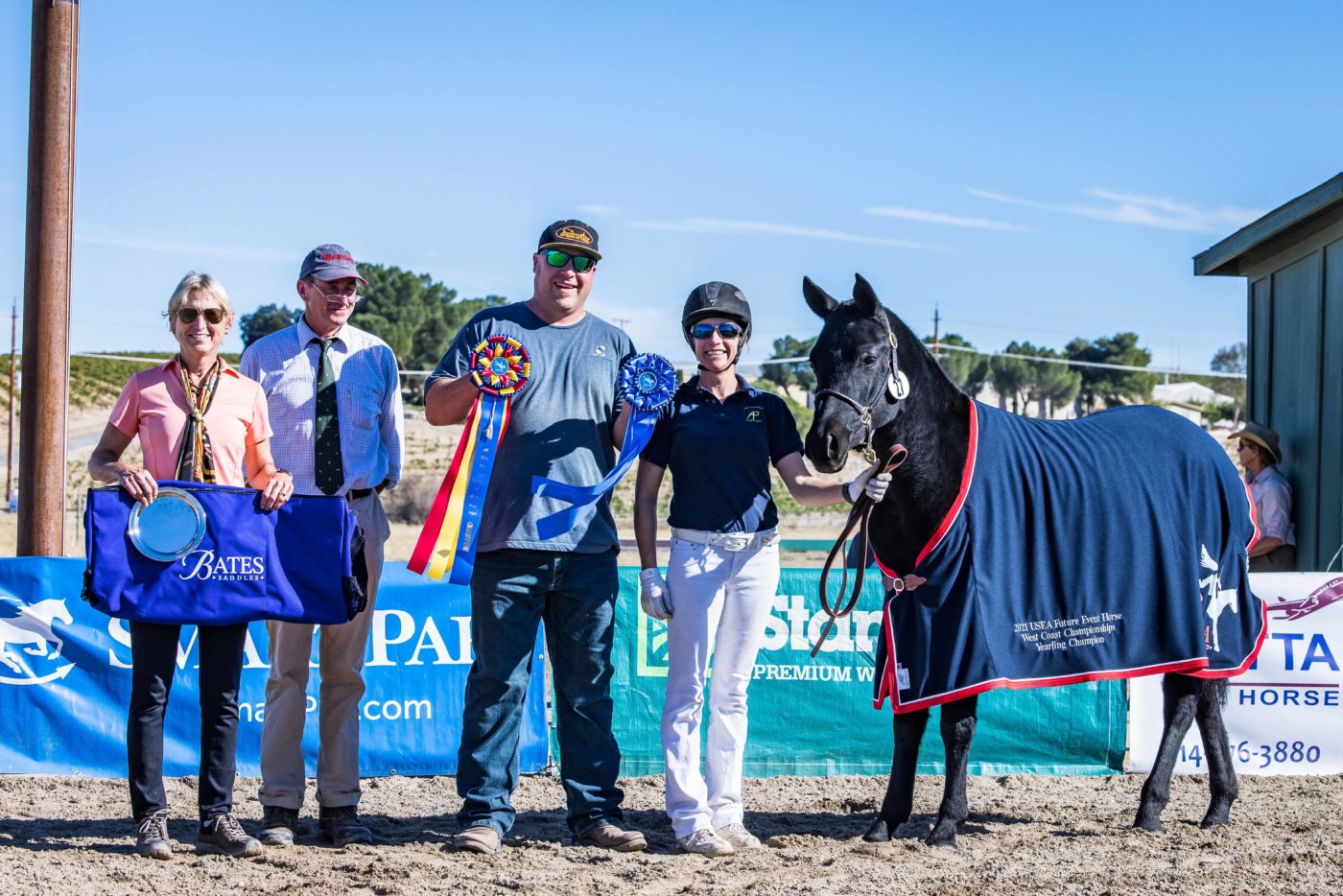 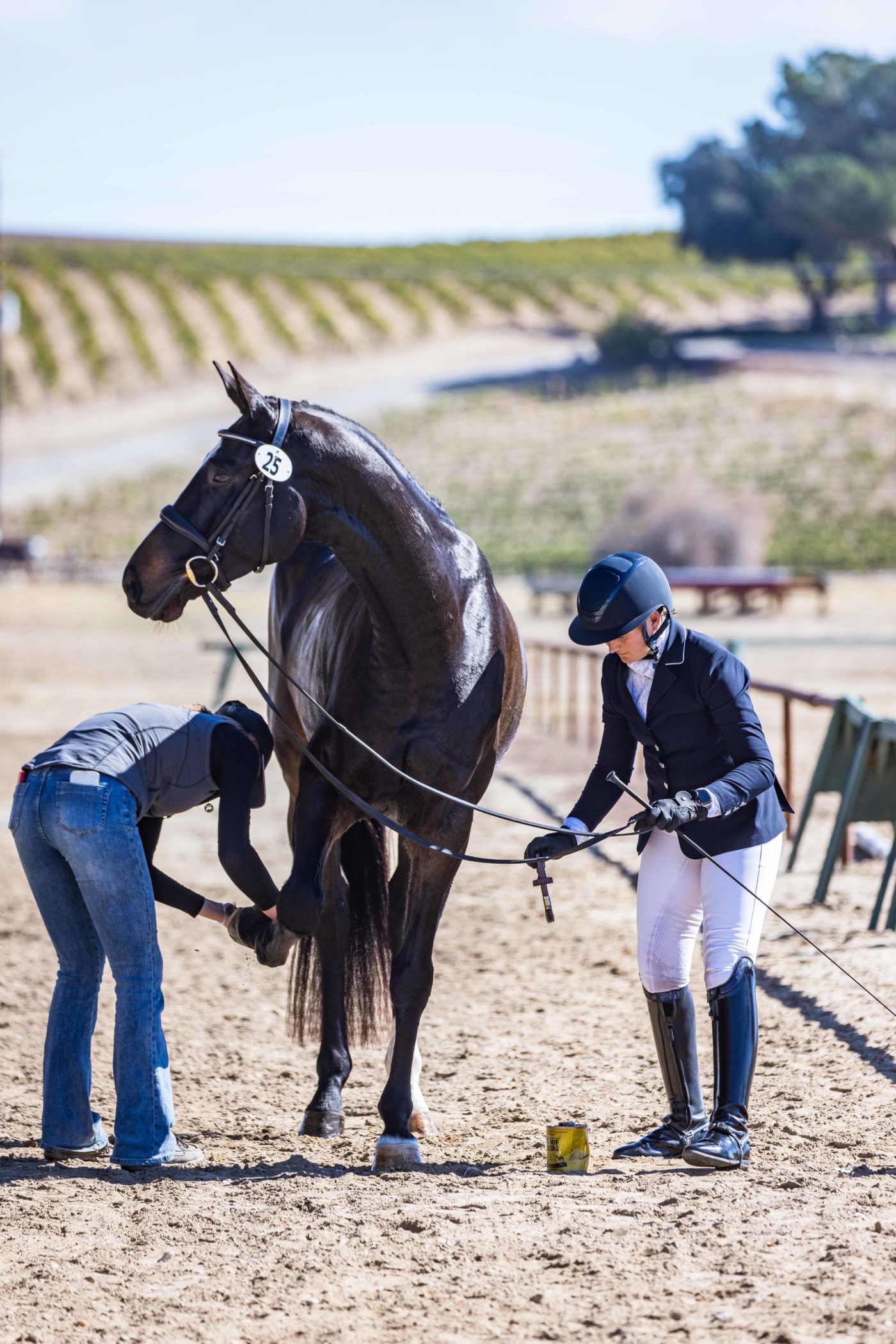 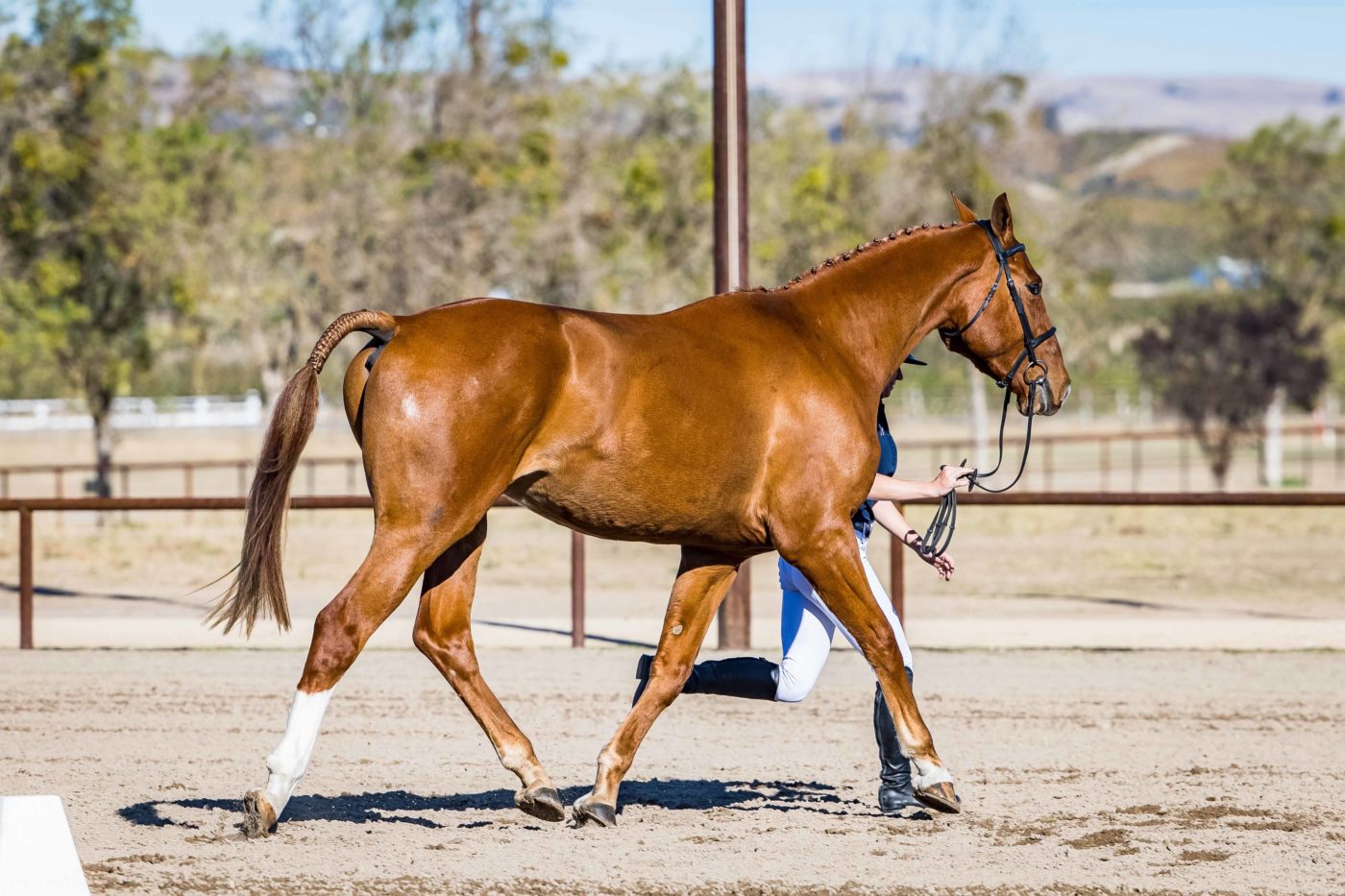 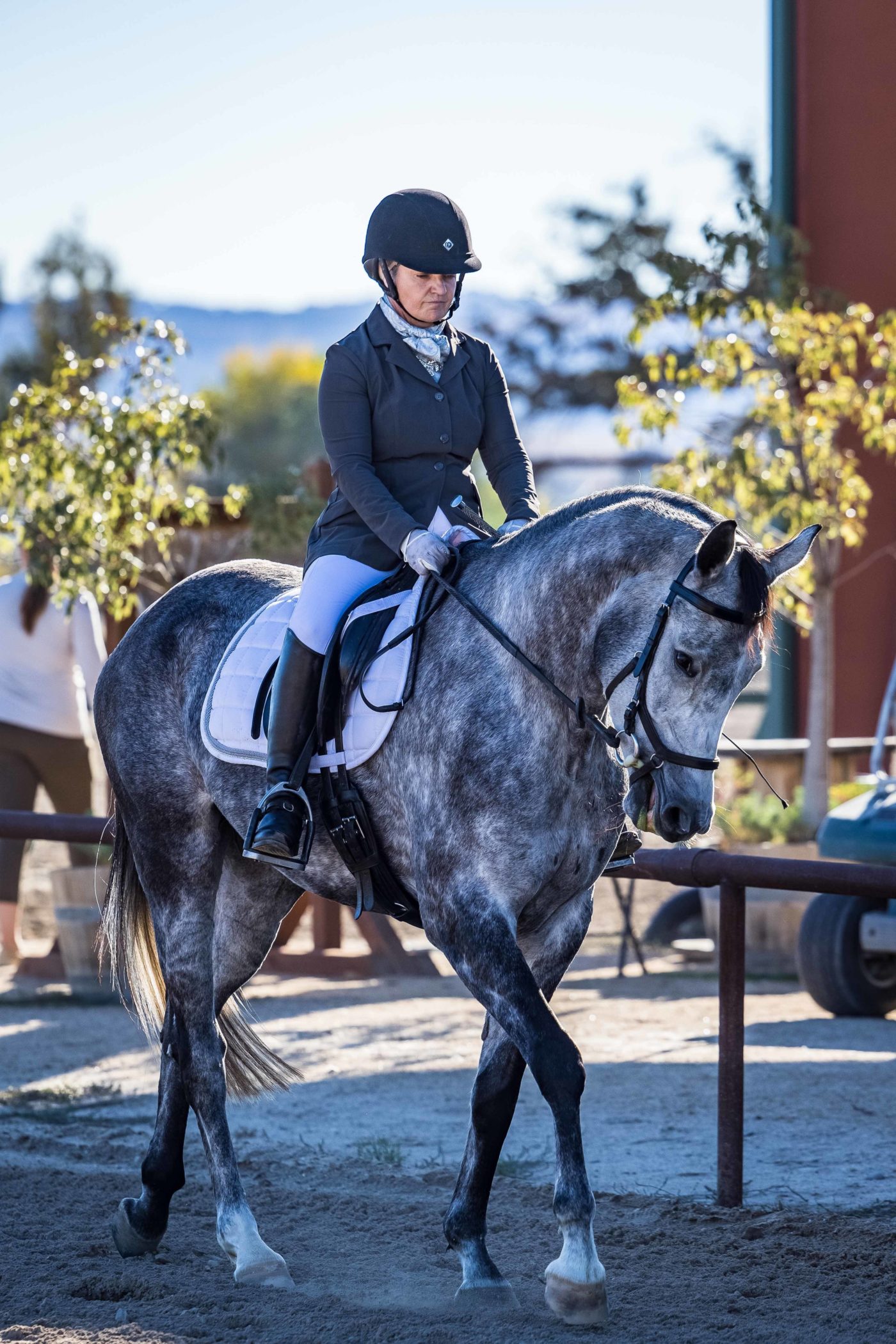