The weather conditions were drastically different on Friday as the 5-year-olds took to the center stage for the 2022 Dutta Corp. USEA Young Event Horse East (YEH) Coast Championships presented by Dubarry. With the sun shining bright, talented young horses showcased what they were made of in front of judges Marilyn Payne and Martin Plewa to demonstrate their show jumping, cross-country, and galloping abilities. With 49 horses in the field, the competition was tough, but it was ultimately Patricia Luttgen’s Trakehner gelding Sky Moon (E.H. Sixtus x Pr. St. Sky Lady) ridden by Boyd Martin who rose to the top of the pack with a cumulative score of 84.29.

Martin paired up with the young horse in 2019 after being invited to Neumunster, Germany for the Trakenher two-year-old licensing. “I met a lady called Pat Luttgen there who was crazy enough to buy the horse at the auction and it has been a wonderful journey seeing this horse getting started and going through the whole process of breaking him in, going to his first show, and then onto this. It’s been a dream run with this guy,” he reflected.

“To be honest, as a four-year-old I thought he looked a bit clunky,” Martin continued. “This year, he has developed and matured and become way more athletic. I really have high expectations of this animal. He’s got everything you can dream of with a horse- he’s brave, he’s got movement, he jumps, and he gallops like the wind. It’s a long process with young horses. We always have to be really careful of what we pick out because we hope to eventually get them to five-star and you need a horse that’s got a number of tremendous attributes. He’s got a great feel of bravery and stamina and endurance, so we will see where his future goes. But I am just very, very grateful that Pat trusted me that wild night in Neumunster. She is a brave lady buying him, and I am very grateful that she placed him with us because he is a top animal.”

As if all of Sky Moon’s admirable qualities weren’t enough to make Martin keen on him, the young horse has one more ace in his pocket: “He’s actually related to Tsetserleg,” commented Martin with a smile. “He’s already got a special place with me because there is a little bit of Thomas in him.” The Turner Family's Tsetserleg TSF is a 15-year-old Trakehner gelding (Windfall x Thabana) who has accompanied Martin twice to the World Equestrian Games and to the Tokyo Olympics.

As one of the final horses to compete Friday afternoon, the striking chestnut gelding trotted into the infield and immediately commanded the attention of the spectators. The horse ranked 12th after dressage with a score of 16.12 out of a possible 20 but shined in the conformation phase topping the large field with an 8.97. With one rail down, Sky Moon was awarded a score of 10.80 in the show jumping phase, but he redeemed himself by earning a 26.40 in the cross-country phase and was given the highest overall jump evaluation from the judges on a score of 13.20. As Sky Moon opened up for a beautiful, expressive gallop at the end of his test, everyone in the ring took note of his presence, including the judges.

The 2022 Dutta Corp. USEA YEH Five-Year-Old East Coast Reserve Champion was Adorrado (Adagio de Talm x Chiava), Kara Angulo’s Holsteiner gelding who was ridden by Michael Pendleton. Adorrado’s dressage score of 16.9 put the young horse in ninth and he scored a 8.11 in the conformation phase. During today’s jumping phases, he was awarded a 12.00 in show jumping and 25.80 in cross-country, giving him a total score of 83.54 after factoring in his overall impression scores.

The Hanoverian gelding Top Carrera (by Carridam PJ), owned by Mackenzie Lea and ridden by Gabby Dickerson, came in third on a cumulative score of 83.31. The judges ranked the gelding first overall in the cross-country portion of the judging with a score of 27.30. Added to his dressage score of 16.42, conformation score of 8.14, show jumping score of 11.40, and overall impression scores, his cross-country score was exactly what he needed to secure his top-three finish.

Both Payne and Plewa were thrilled with the quality of horses presented before them today. With such a large field to judge, they had to have a solid idea of what they were looking for out of the top horses ahead of time. For Plewa, the conformation phase played a big role in identifying which horses had what it took to be future five-star mounts.

“I was really impressed how correct the ligaments were,” he reflected. “And even when they're just standing in front of you, you could have an idea if it could be a really good event horse. They look like an athletic partner and most of the horses showed it when ridden cross-country and in the gallop. So it was quite interesting that the conformation, and in particular the score for the type of the horse, showed that it agreed with the potential when they were going cross-country, it was really impressive.”

Payne shared that looking at these young event horses, she is looking for a leggy horse with a naturally uphill balance. “A look of eagles,” she said. “When they jump, we want it to look effortless. That they easily could do the job and land in a balance and land going.”

The Born in America Award and American Thoroughbred Award were given to this year's Thoroughbred Incentive Program Champion for the Five-Year-Old Championship, Whiskey Chaser (Danza x Electrick Kitty), owned by Kaitlin Clasing and Elizabeth Brothers, and ridden by Clasing. Whiskey Chaser finished sixth overall on a score of 82.40.

The final award of the day, the Safe Harbour Award, was presented to Magnolia Sport Horse's Westphalian mare Magdalene (Manhattan x Gideon's Gracie), ridden by Joa Sigsbee. The Safe Harbor Award is presented to the young horse who consistently exhibits the most graceful and rider-friendly performance throughout the competition.

In addition to top honors, competitors in the Dutta Corp. USEA YEH Championships are vying for the opportunity to qualify for the Holekamp/Turner Grant. The Holekamp/Turner Grant is awarded to the highest scoring horse from the USEA Young Event Horse Championships during their five-year-old year. The horse must be fully qualified to compete in the 7-year-old Championship in their seven-year-old year in order to receive the grant. If the highest-scoring YEH horse from the YEH Championships that year does not qualify or is unable to attend, the Grant is then awarded to the next highest scorer who is qualified and able to go.

In order to provide a means for U.S. team horses to excel in the highest levels of the sport of eventing, The Holekamp/Turner Grant was founded by Timothy and Cheryl Holekamp of New Spring Farm and Christine and T.J. Turner of Indian Creek Farm in 2015, granting recipients who are North American bred a full cash grant of $17,500. If the winner is an imported horse, they will be awarded $8,000. If the highest-scoring 5-year-old does not qualify or is unable to attend Mondial du Lion, the money will be awarded to the next highest scorer who is qualified, able, and willing to go.

In an effort to make this opportunity more accessible to participants of the sport, The Dutta Corporation, the title sponsor of the USEA YEH Championships, is also generously providing one round trip flight to travel to France for the Mondial du Lion. This prize will be awarded to the Holekamp/Turner Grant recipient. The grant and prize recipient must be fully qualified to compete at Mondial du Lion. 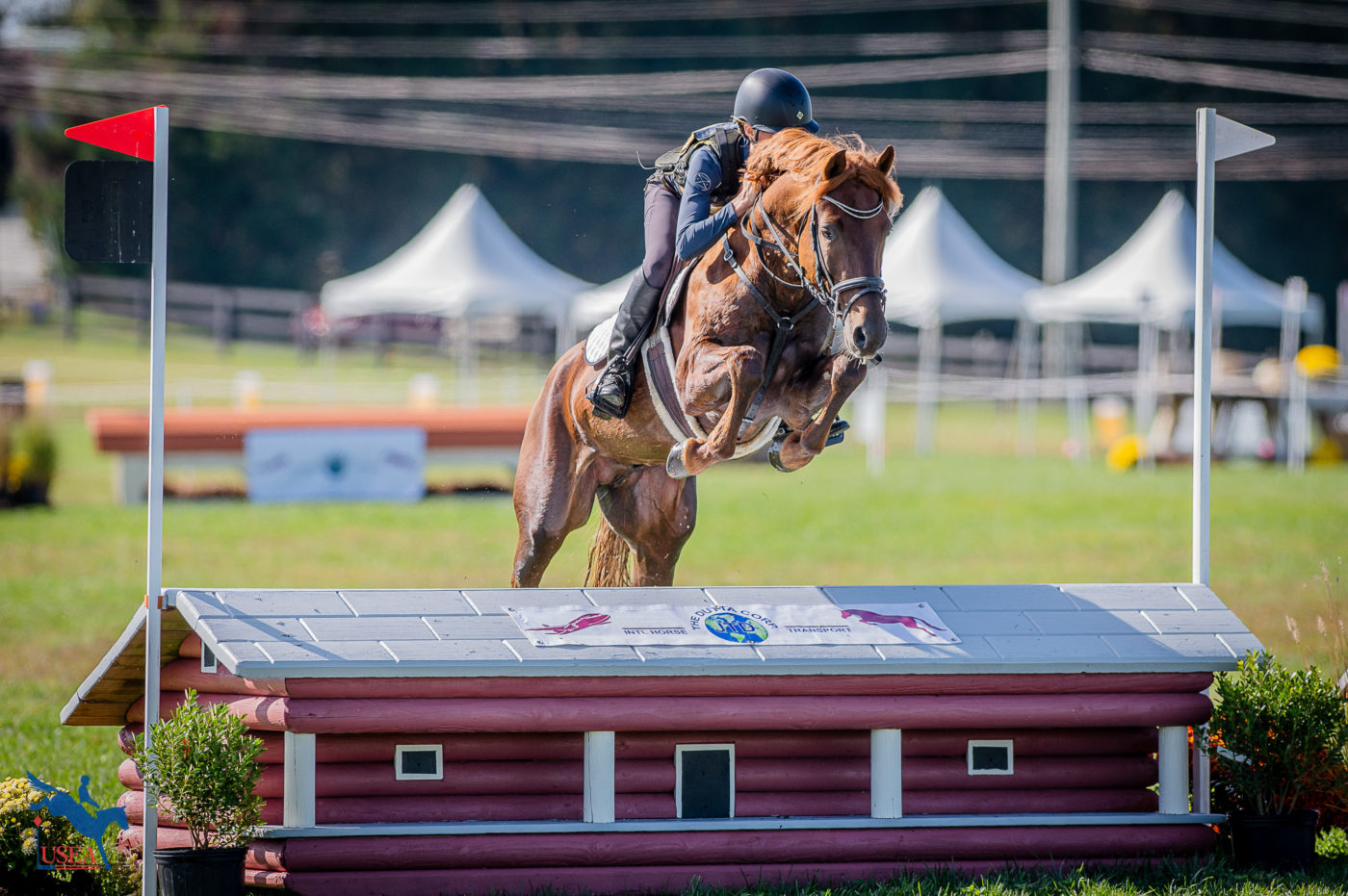 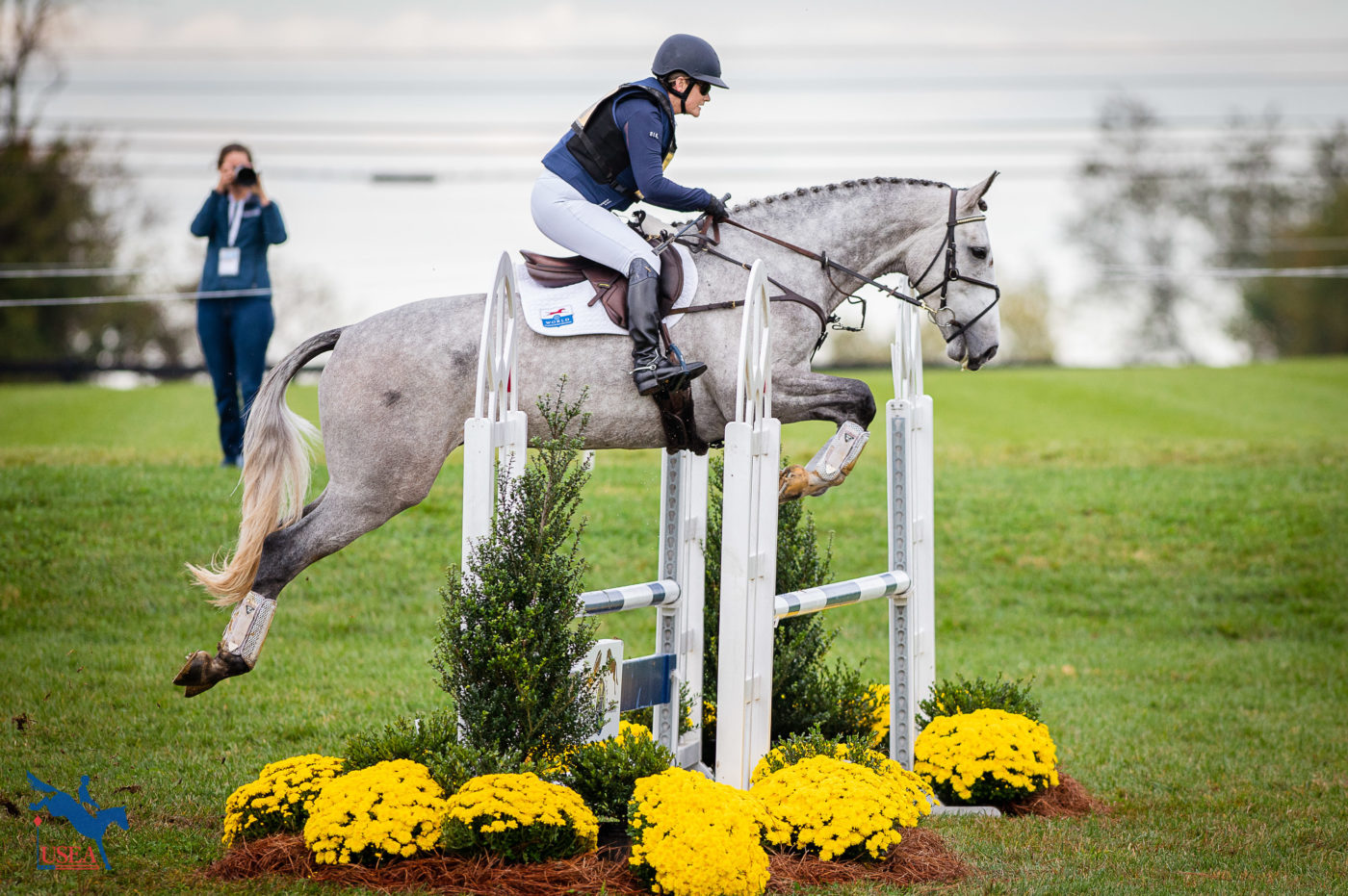 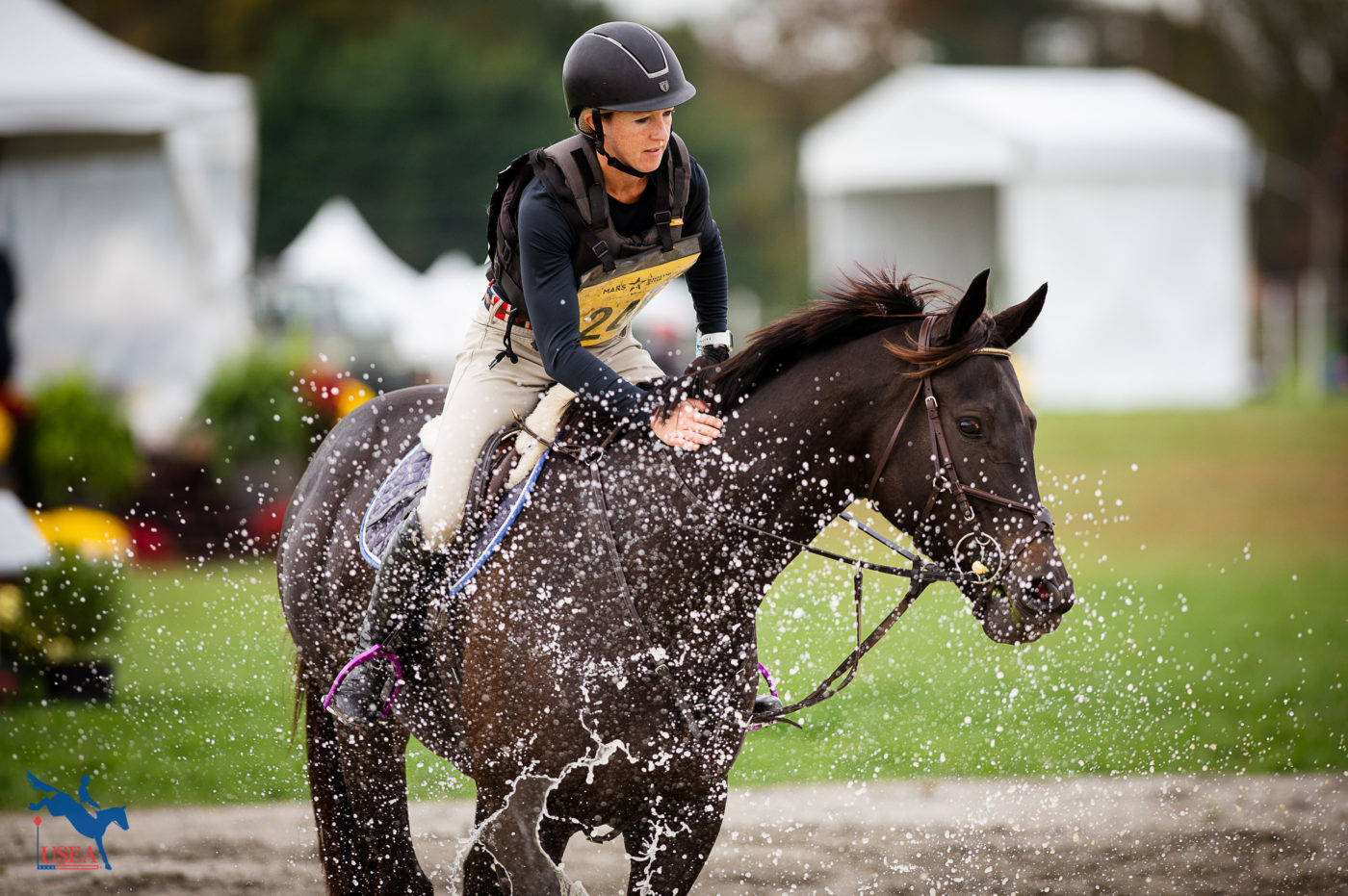 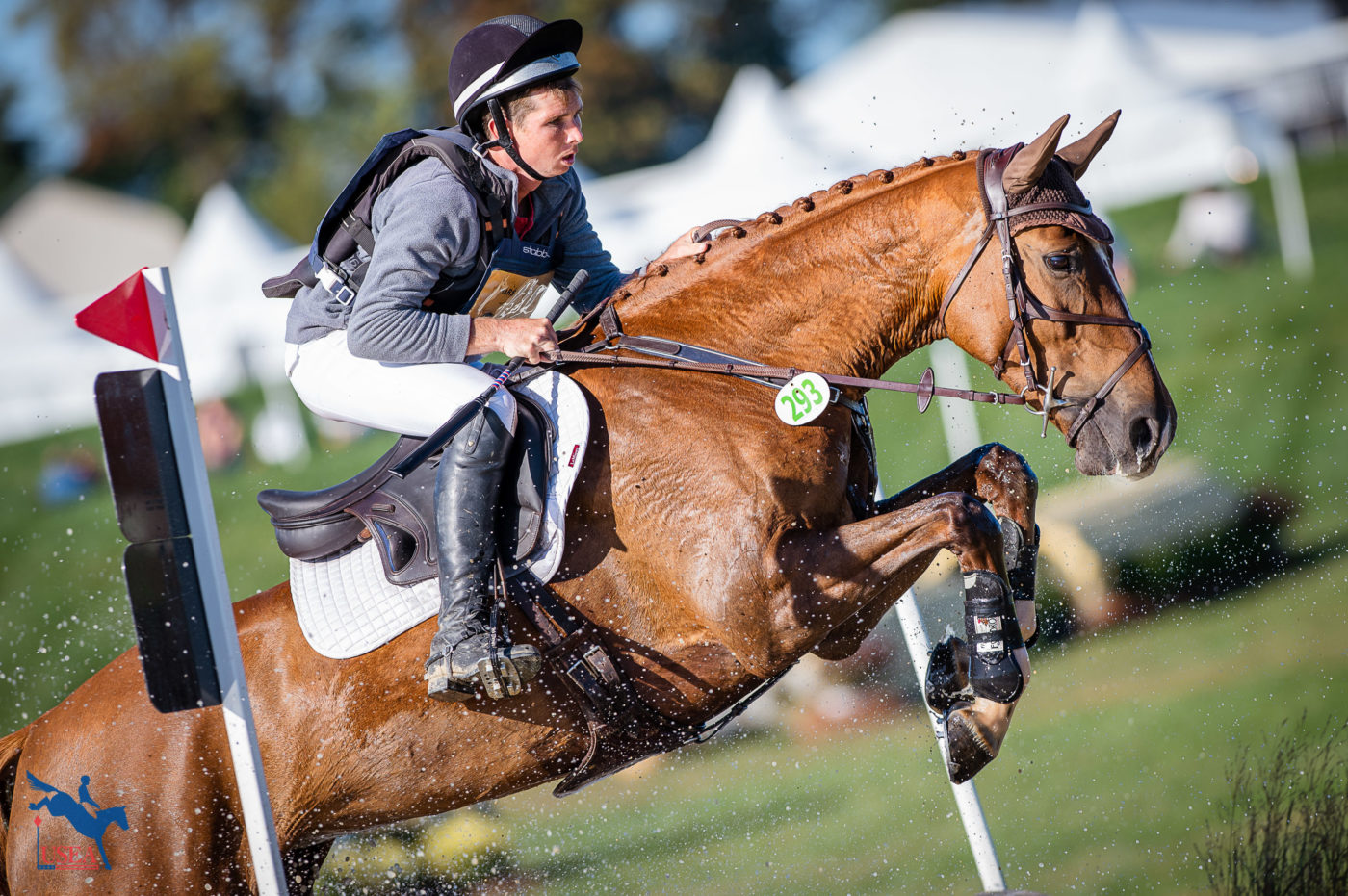 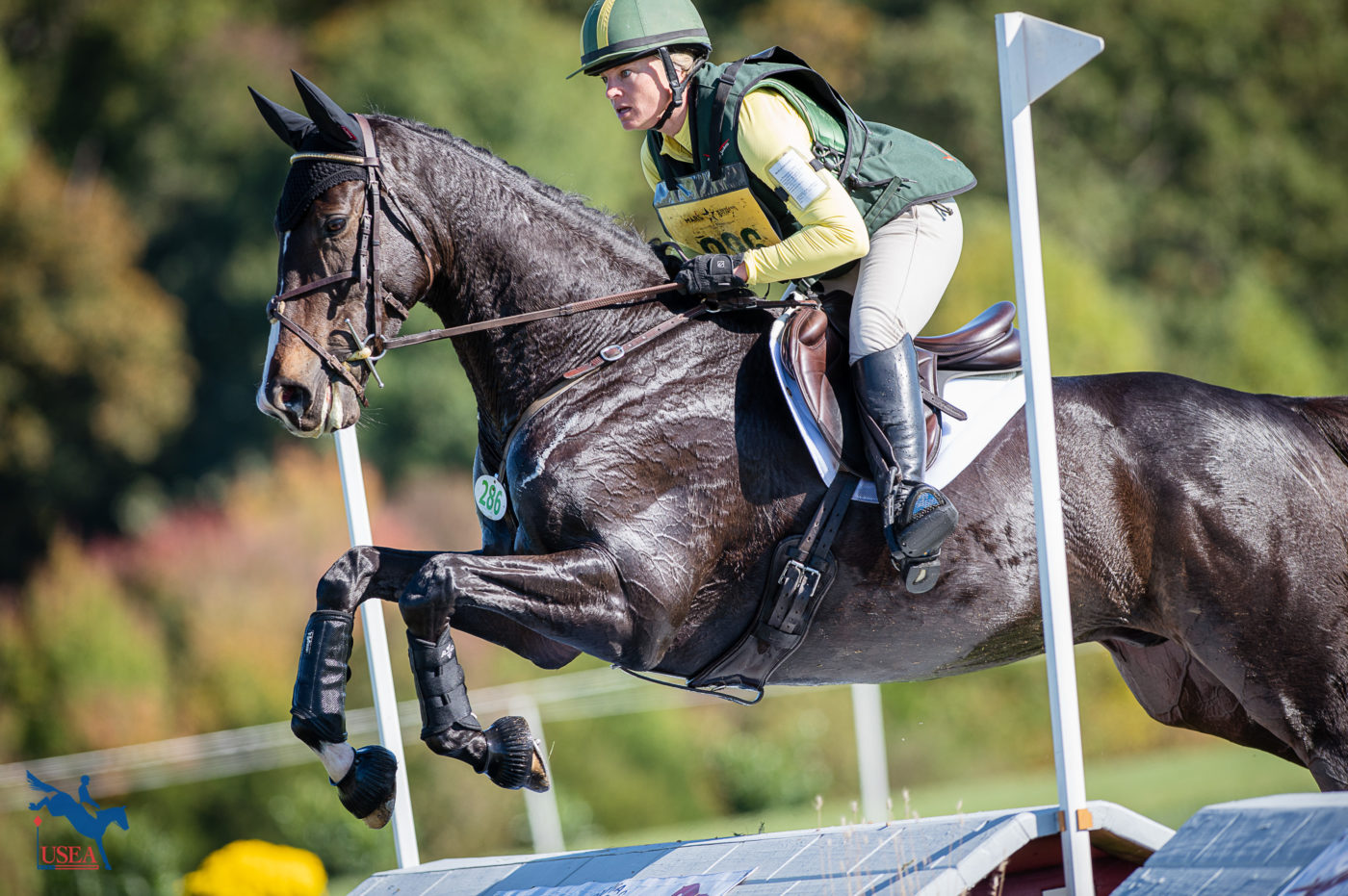 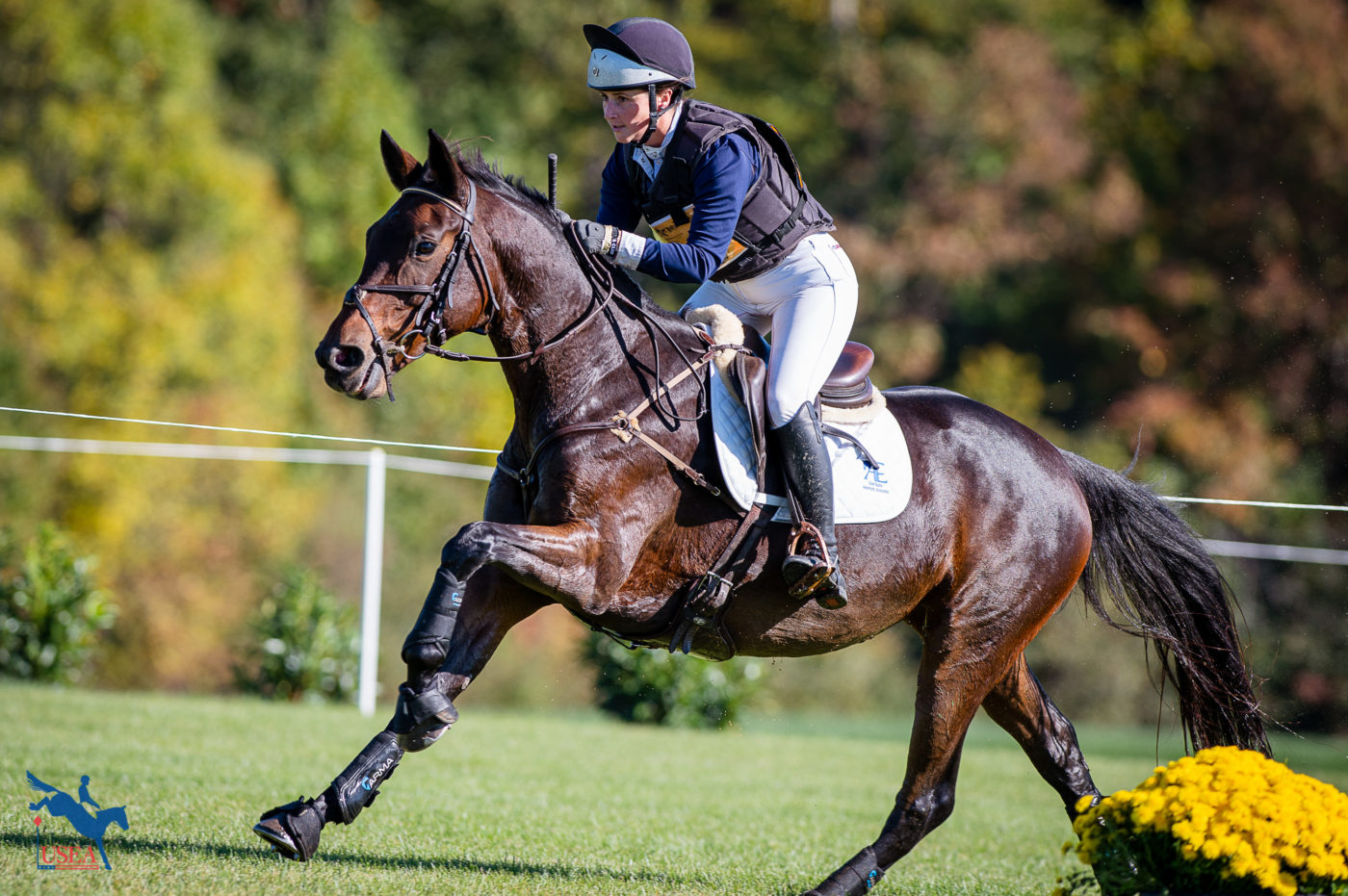 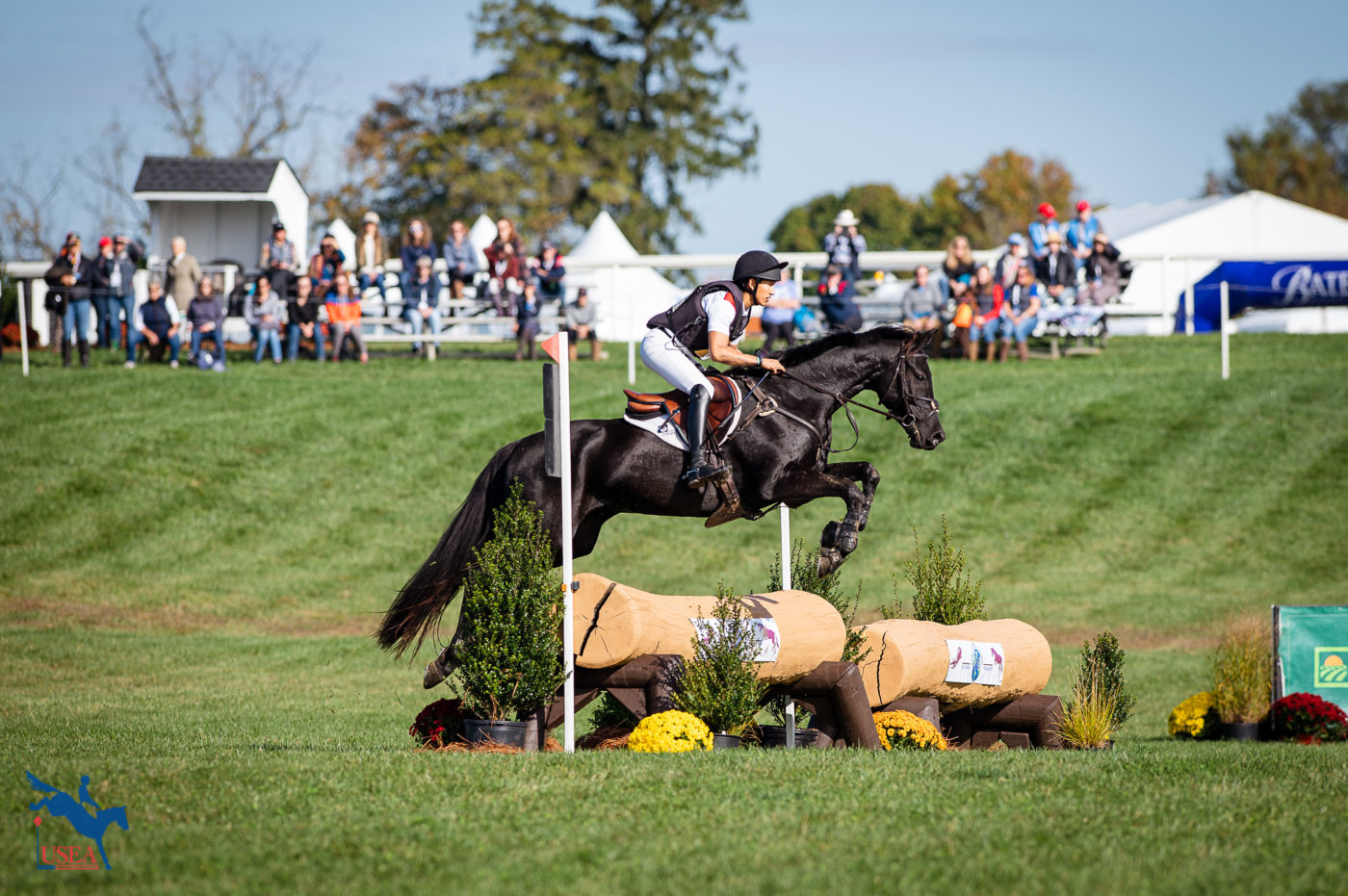 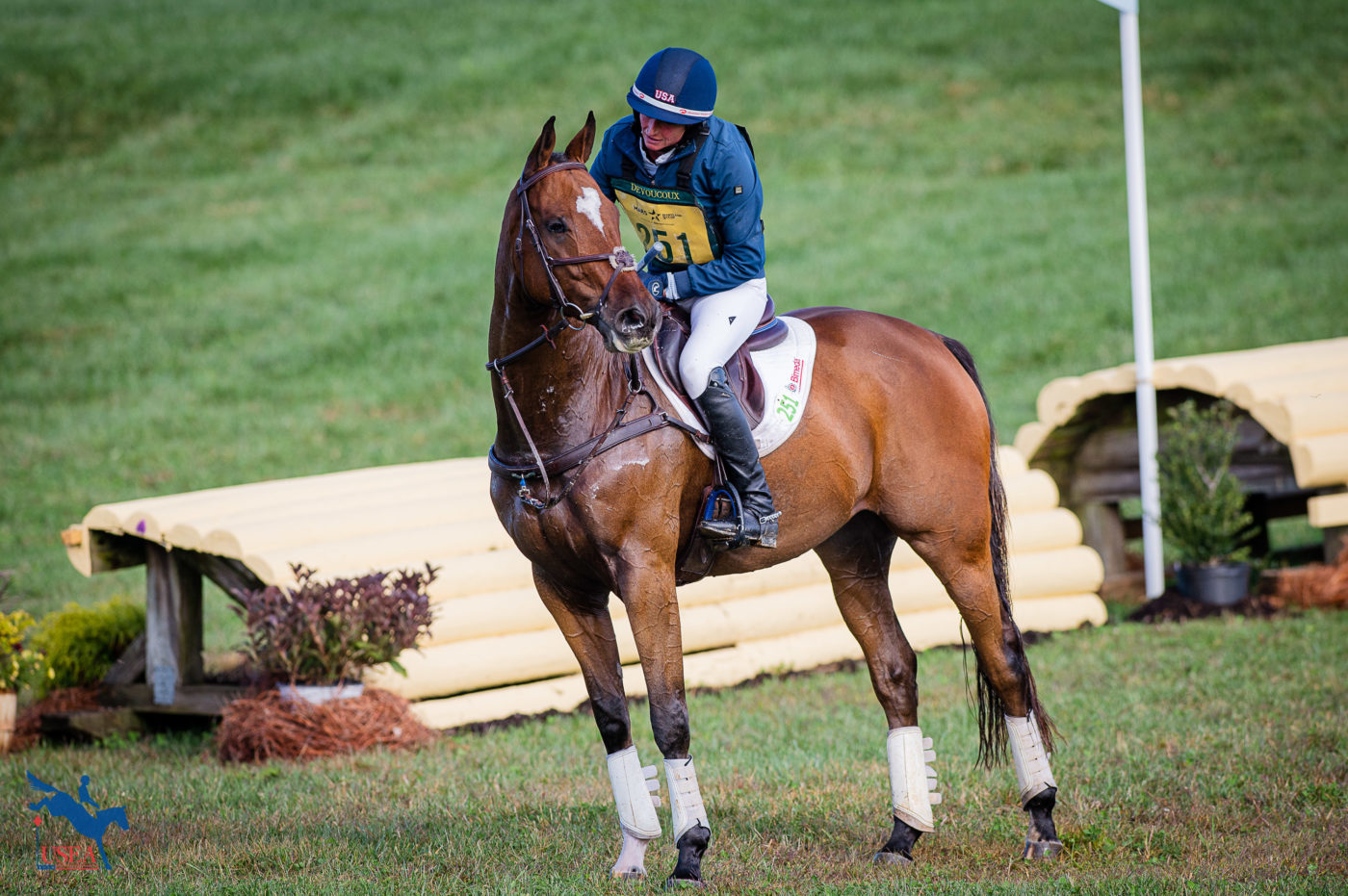 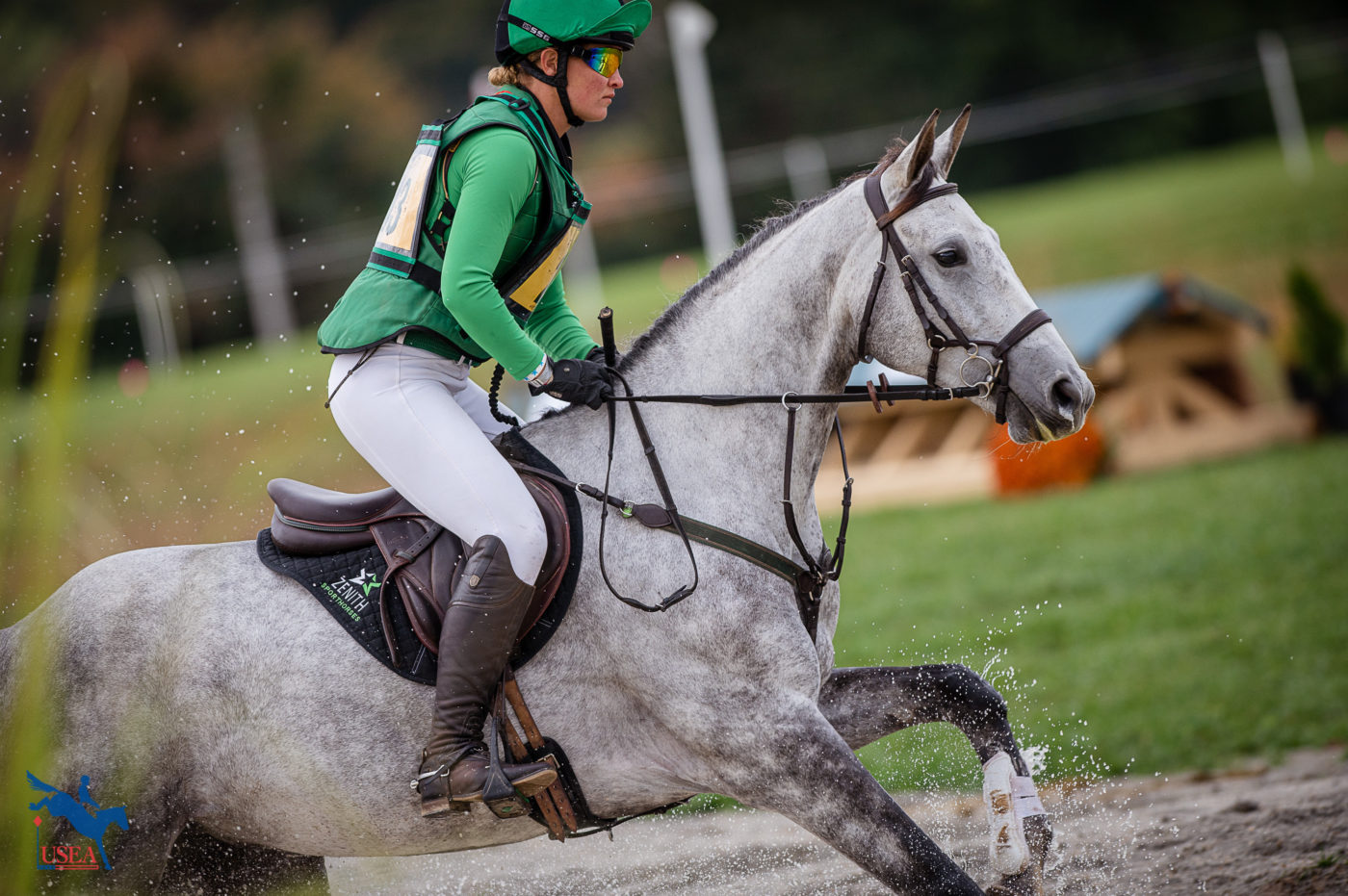 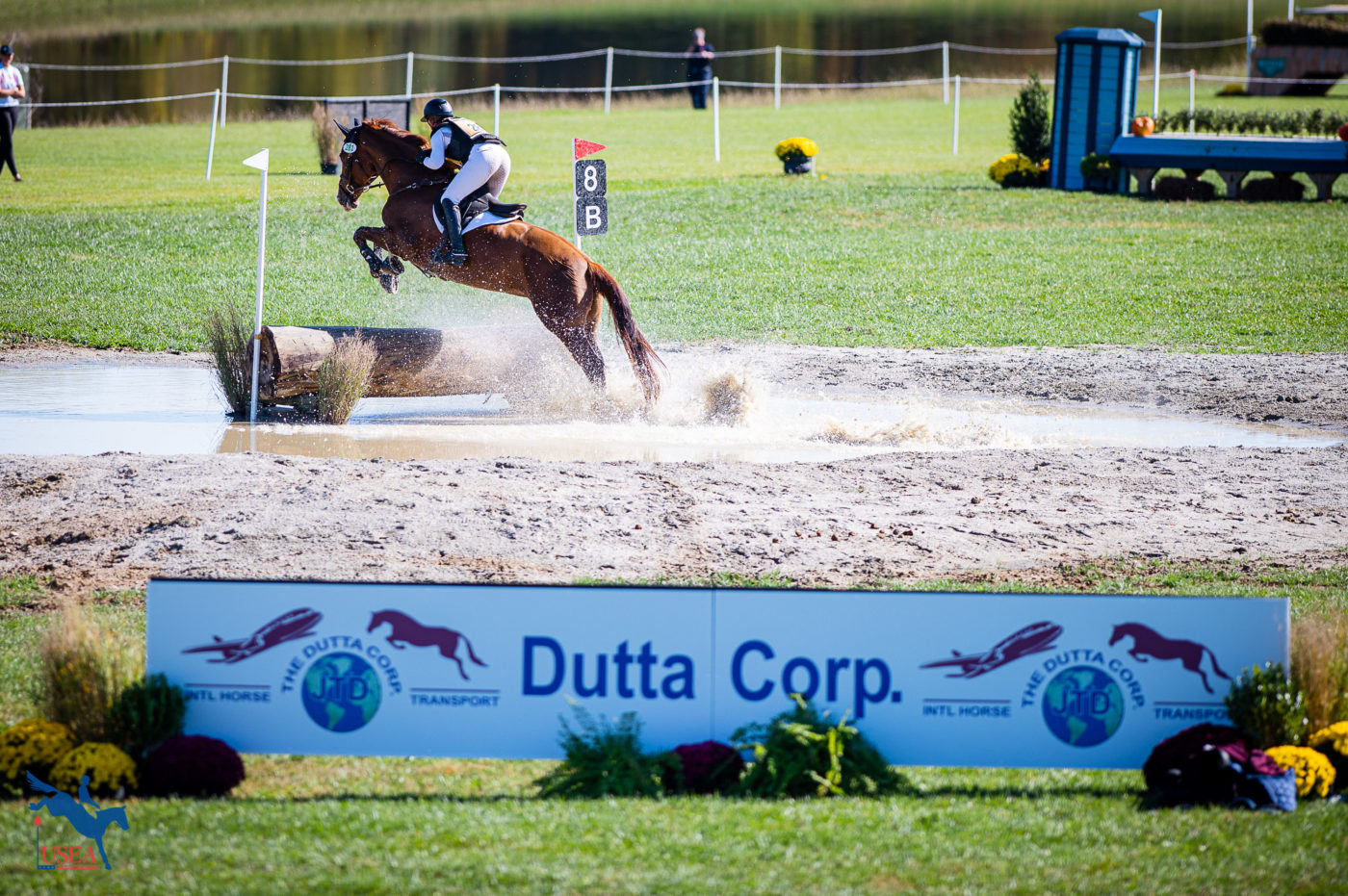 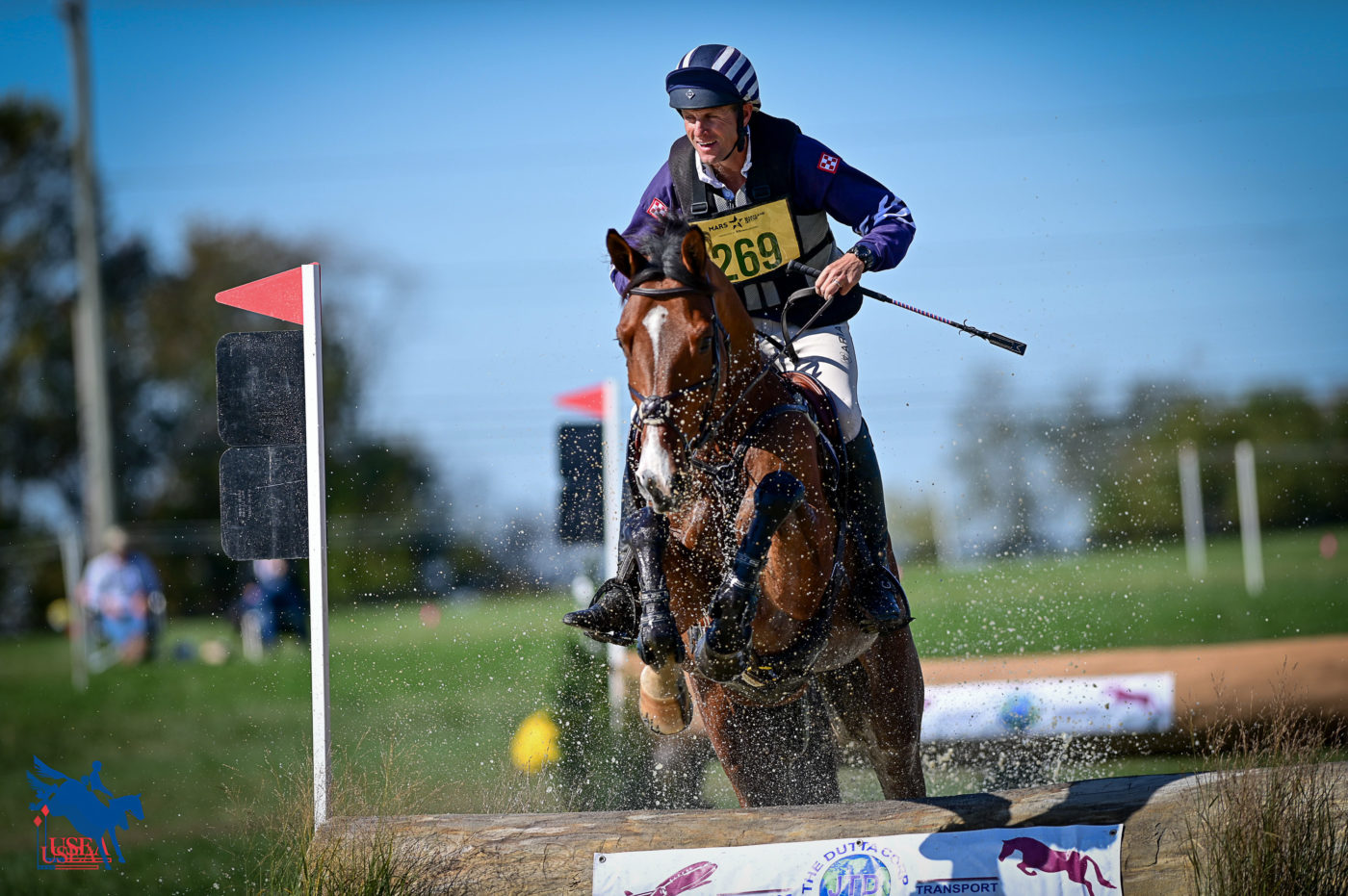