It was an impressive first USEA Intercollegiate Eventing Championship victory this week for the University of Kentucky. Though the school brought eight teams to the competition, it was the University of Kentucky Wildcats Team comprised of four talented young riders: Cosby Green, Ivie Cullen Dean, Caroline Dannemiller, and Abbey O’Day, that took home the title of 2021 USEA Intercollegiate Eventing Champions.

This year there were 105 entries, 29 teams, and 15 schools competing for the Championship title at the Virginia Horse Park in Lexington, VA. In addition to the traditional USEA Intercollegiate Eventing Championships with the undergraduate division, the USEA also offered a graduate division for students, and the Championships will include levels at the Beginner Novice through Intermediate, and the CCI*-L, CCI2*-S, CCI2*-L, and CCI3*-L levels this year.

Rising Junior Cosby Green rode the 6-year-old thoroughbred gelding McCreary to the win in the Training Horse A division, staying on their 30.0 dressage score to help her team earn the title. “He was a star,” admitted Green. “I’ve had him since he was three. He had an abscess right before this event, but he really showed up for me this weekend. It just goes to show our partnership. He really tries for me, so I’m stoked about it."

Caroline Dannemiller will be a senior this fall at Kentucky and was also pleased with the 8-year-old Irish Sport Horse gelding Fernhill Dreaming’s weekend performance in the Modified B division after the pair placed third overall. “He had a really great run-up to the event,” she explained, “so I was hoping to put in a solid three phases together. He came out and tried his best, and it was super fun. I was really happy with him.”

Ivie Cullen Dean and her new mount, the 5-year-old warmblood gelding Redfield Lorimer earned second place in the Open Beginner Novice Horse division, marking an impressive start in their career together. “I just bought him off of a video last Wednesday,” Cullen Dean stated. “That was the first time I saw him. I went and competed with him over the weekend, and he was an absolute star, so now I’m excited to go home and get to know him and work out the quirks that we had over the weekend, but he was great, and I’m really happy with him.”

Abbey O’Day, who will be a senior at Kentucky this fall, piloted the 11-year-old Holsteiner gelding Casper 385 through the Novice Rider B division and said, “I am really happy with our weekend. He’s pretty new to eventing, so we are still trying to work some things out, but overall, I’m really excited with how it went this weekend.”

The highly coveted Spirit Award went to the University of Auburn after demonstrating exceptional team spirit and camaraderie throughout the week. “It’s amazing [to win the Spirt Award],” said the team. “We tried to show our team spirit all weekend, and had fun supporting each other and all of the other teams, and had a great experience. We planned to be ourselves. We wanted to represent Auburn and what it stands for. We wanted to get decked out and show up for everyone, and it felt great!” Randolph-Macon College was close behind Auburn in the spirit department, so much, so that event organizers from the Virginia Horse Trails opted to awarded them with reimbursement for half their entries.

Third place went to the Randolph-Macon Yellow Jackets Team, consisting of Morgyn Johnson riding Peter Parker GS to a second place in the CCI One Star-L, Holly Shade riding Hang on Caitlyn in the Modified B division, Austin Skeens riding What Gives in the CCI One Star-L, and Sydney Guy riding Renegade in the Open Beginner Novice Rider division.

The Graduate Team was separately scored and consisted of Amelia Bayer from James Madison University riding Blood, Sweat, & Beers in the Open Novice division, Macy Clark from the University of Kentucky riding Mandolin R in the Modified B division, and Mackenzie Krason from Virginia Tech riding Won for Luck in the Open Beginner Novice Rider division. 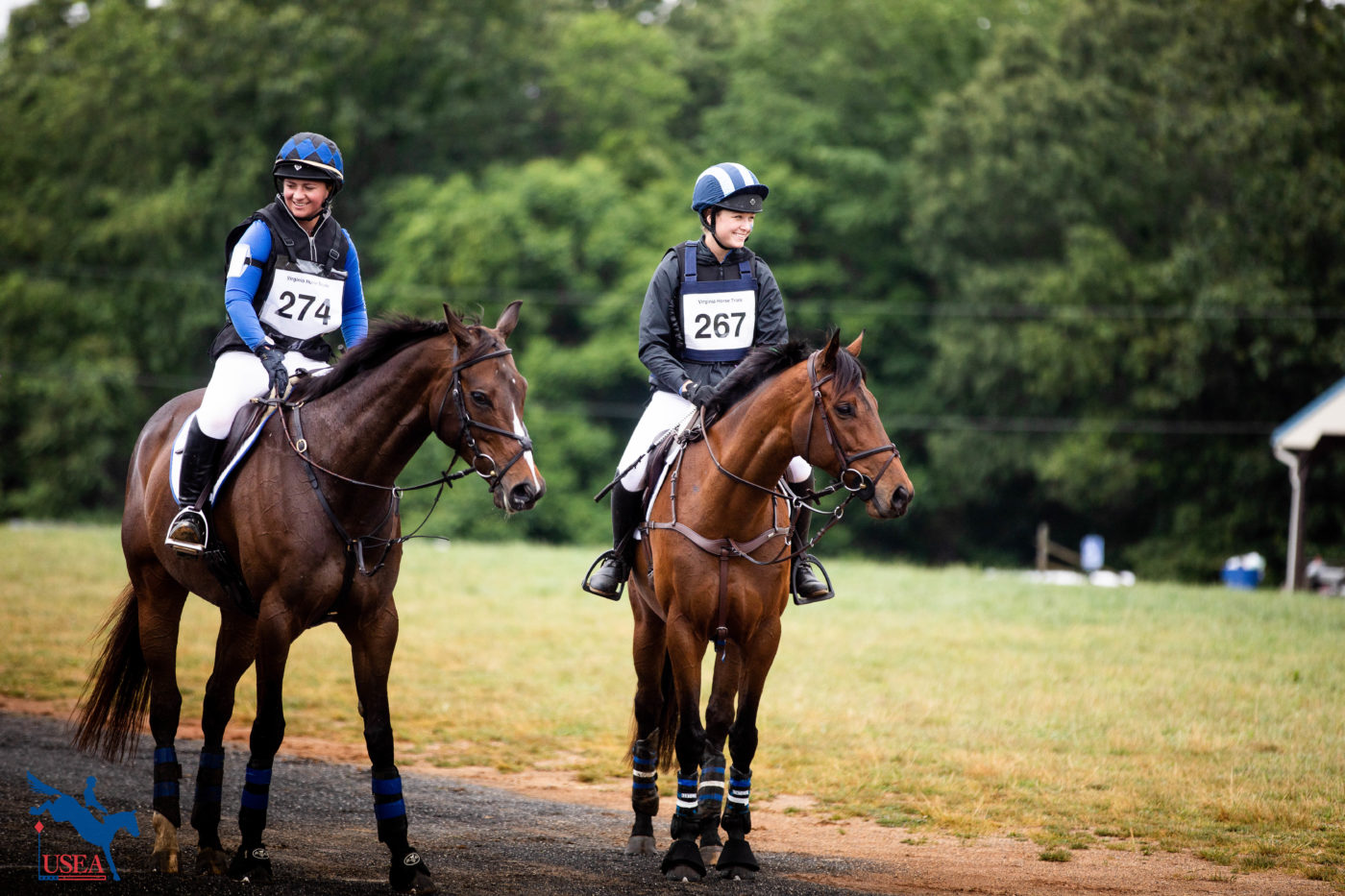 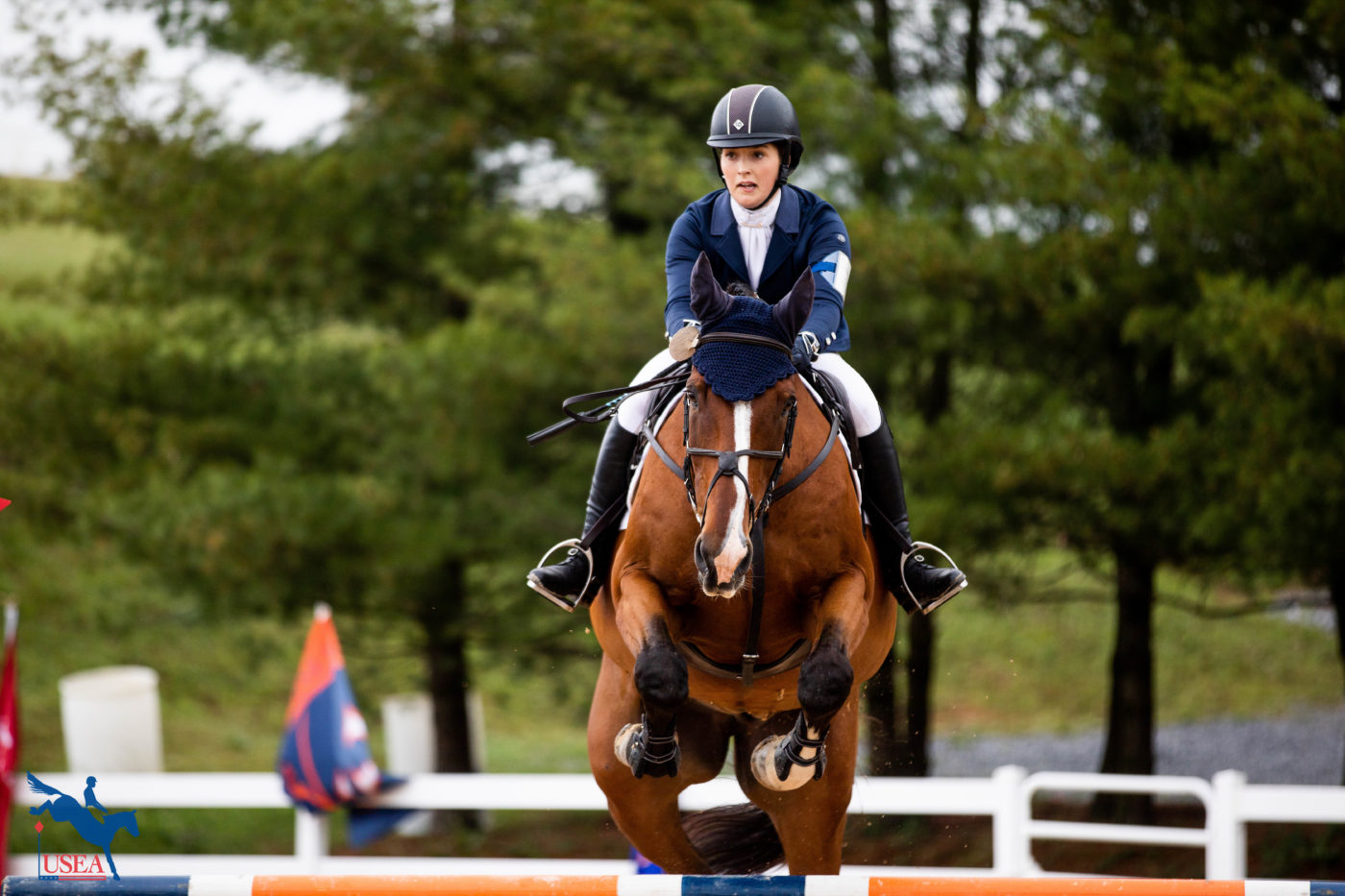 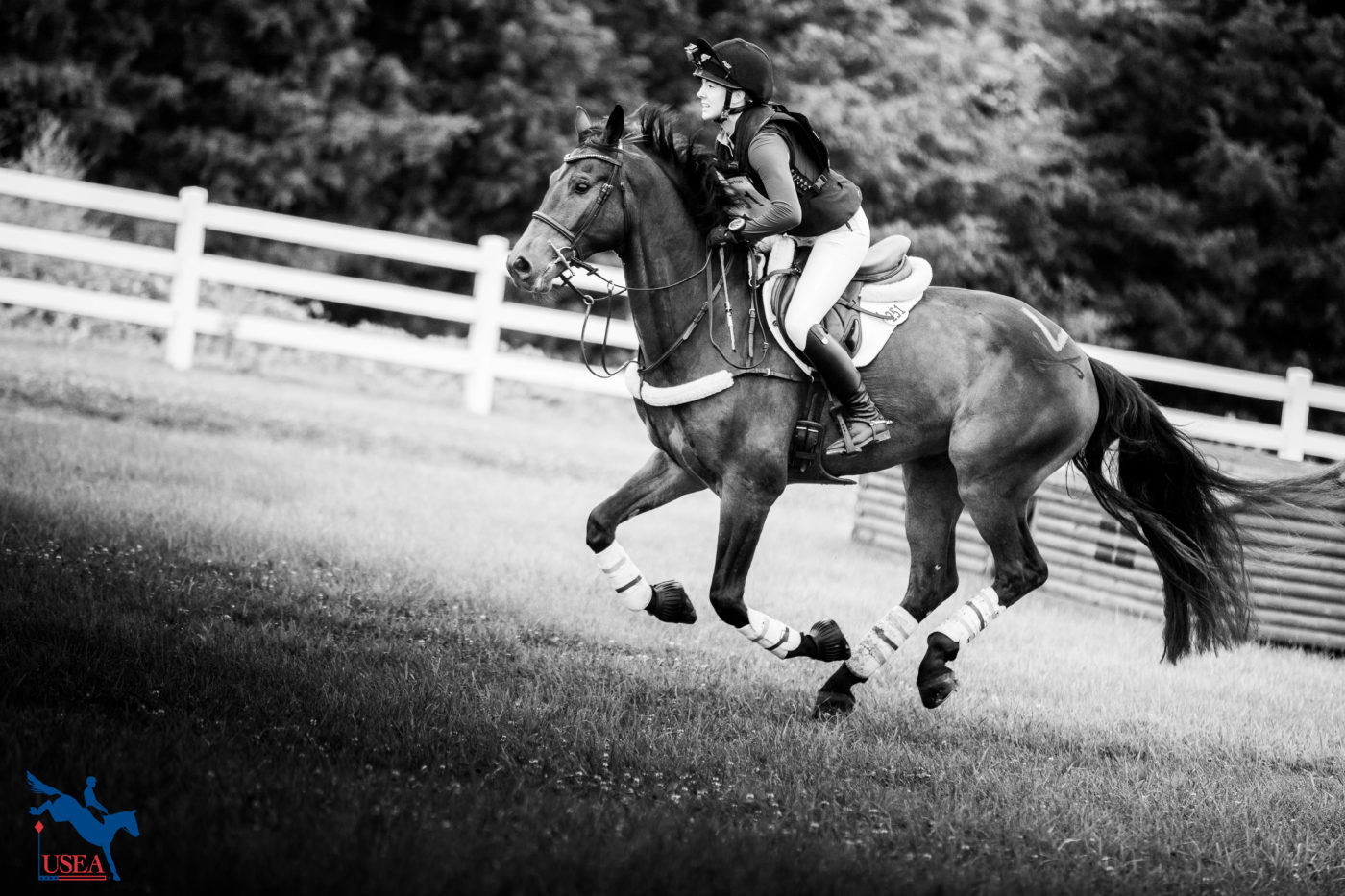 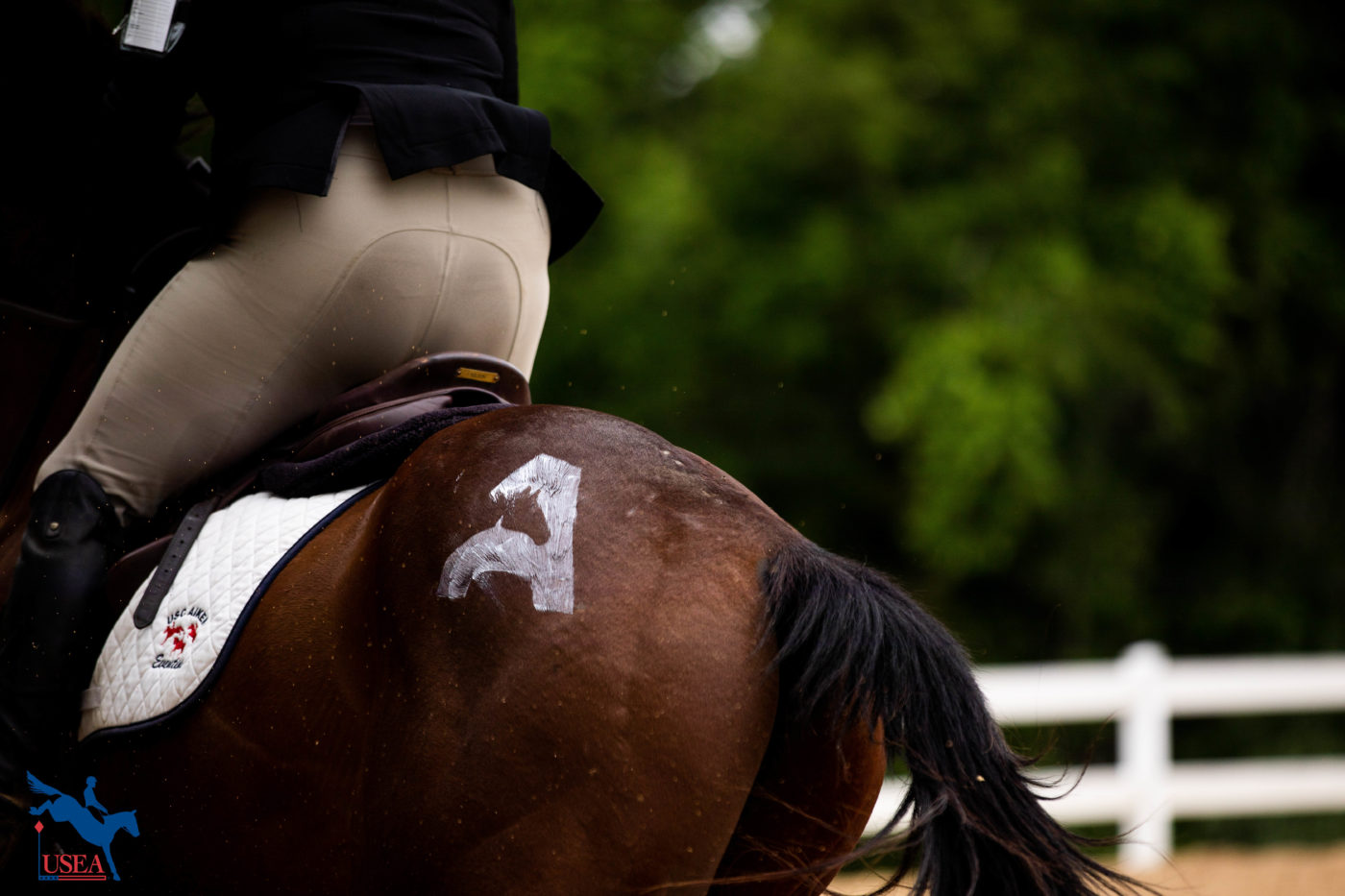 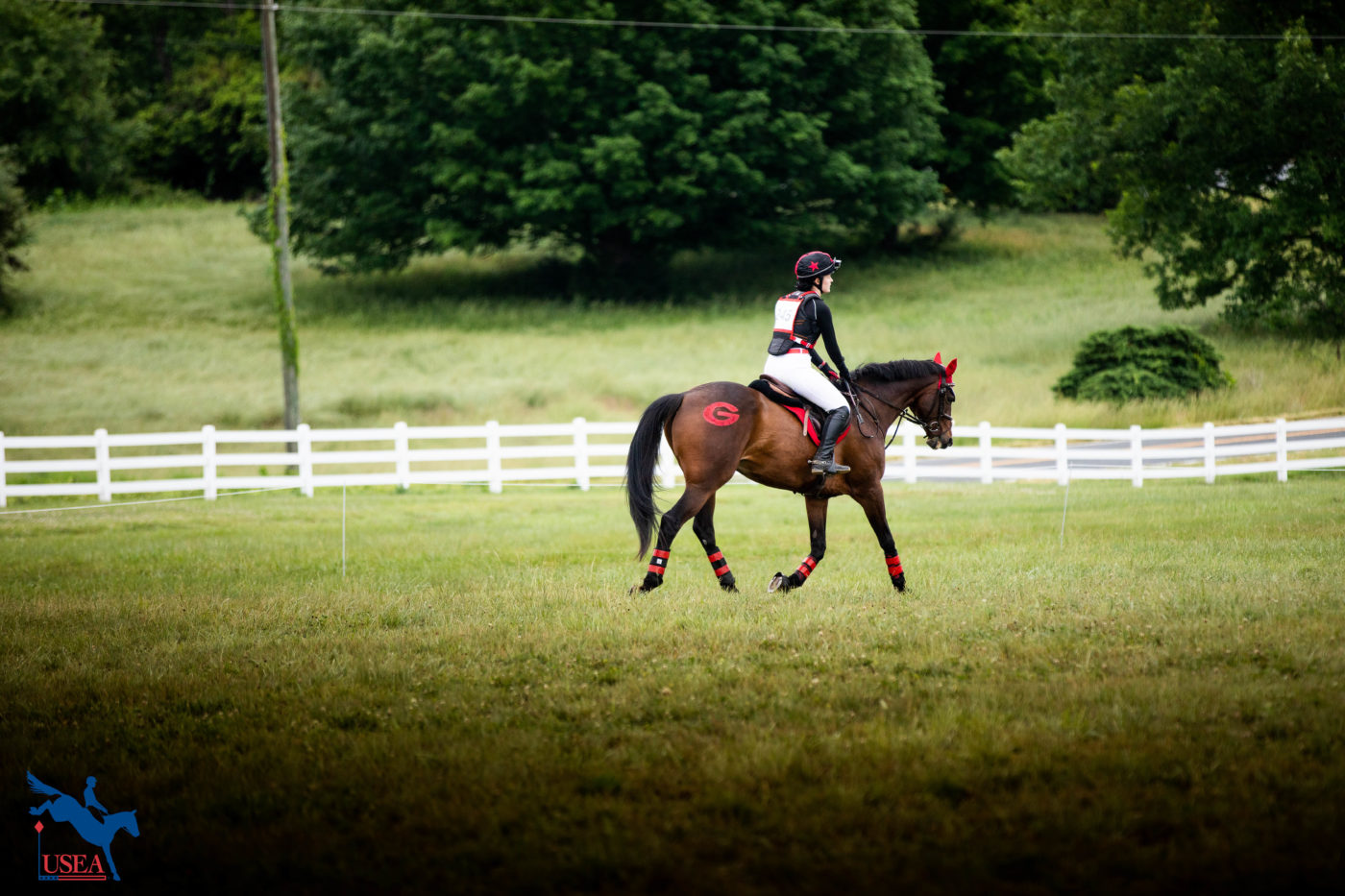 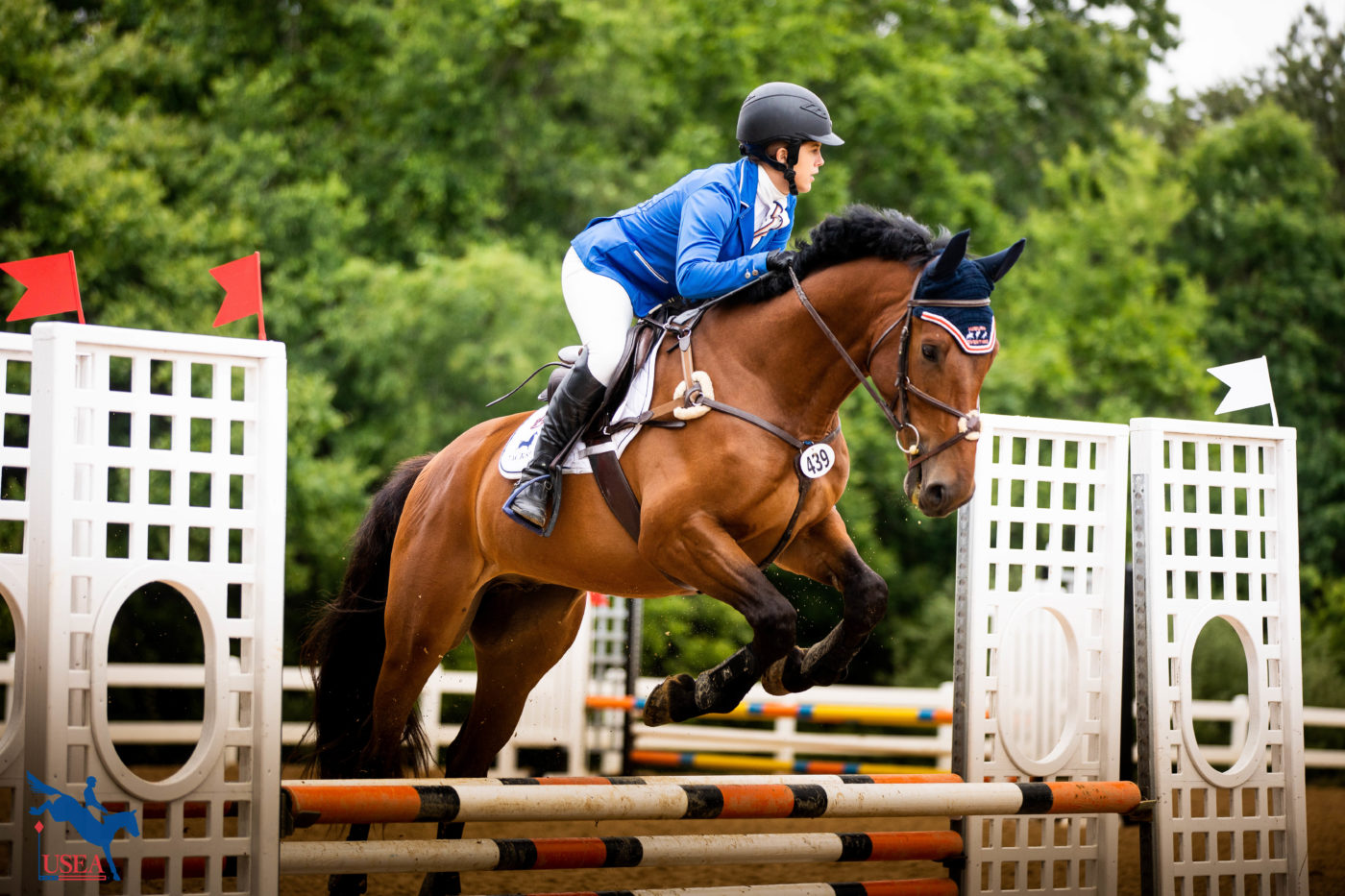 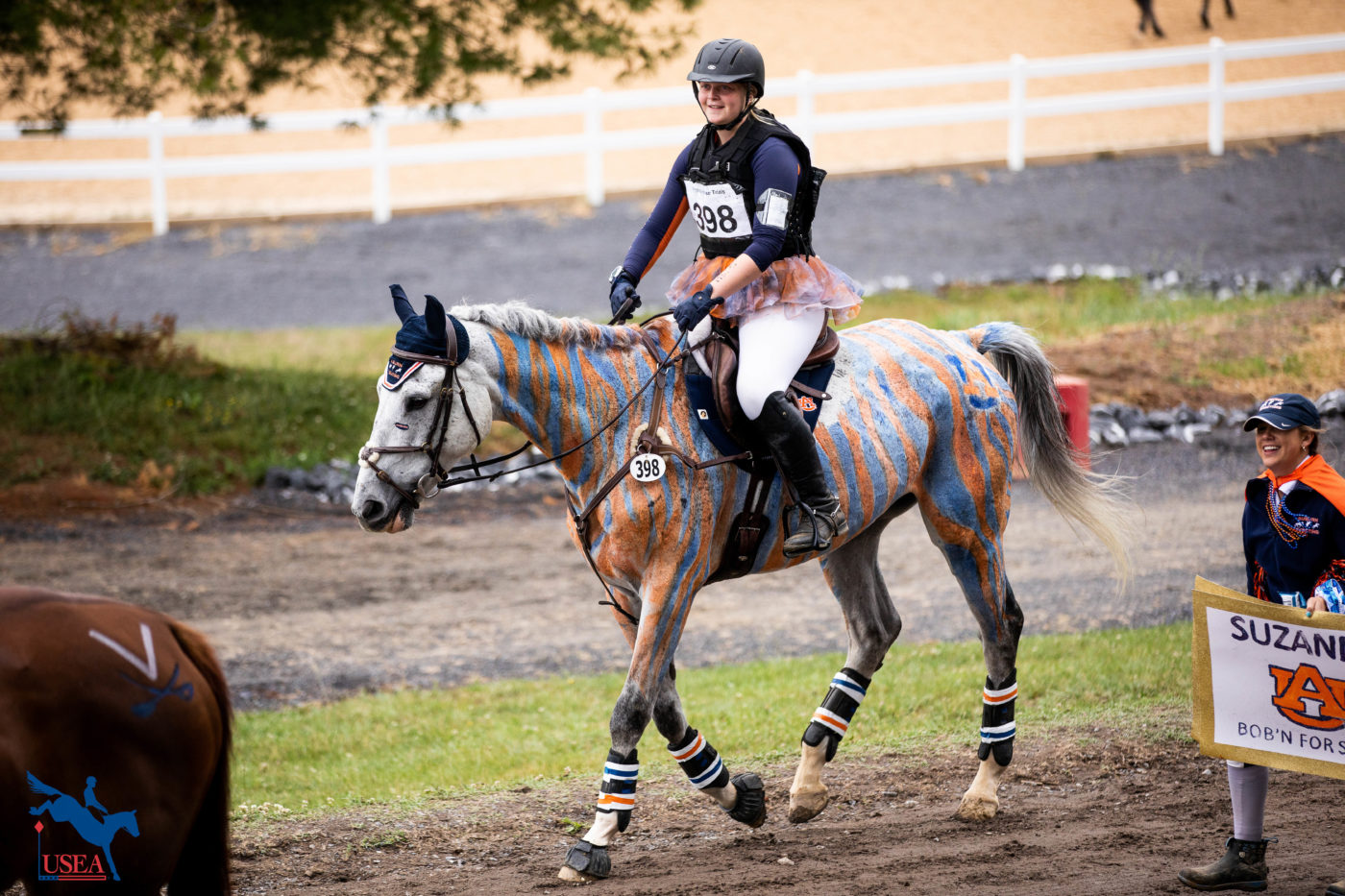 “The Clemson Eventing Team does a fantastic job of creating a community of riders,” said collegiate member, Jackson Dillard. In 2021, Dillard competed his two horses, Elmo a 13-year-old Warmblood gelding bred by James Martin, and Layla Q (Loerke x Ayla Q) an 11-year-old Hanoverian mare bred by Suzanne Quarles. With his two horses, he completed six CCI2* events, he moved up to the Intermediate level with Layla Q, and he was on the winning Area II team of the CCI2*-L USEF Youth Team Challenge East Coast Finals at Tryon International – he did this all while attending Clemson University full-time.