For Immediate Release: It was a rainy, cloudy day at Fair Hill, but that didn’t stop the action of the first day of the 2022 Dutta Corp. USEA Young Event Horse East Coast Championships presented by Dubarry. Four- and Five-Year-Olds took to the competition stage to kick off their Championships weekend. While the Five-Year-Olds just completed their Dressage and Conformation phases today, the Four-Year-Old Championship competitors completed all phases and this year’s victor was crowned. Despite the gloomy weather, Boyd Martin’s Zangersheide gelding Shmick (Luigi d'Eclipse x Winter Lady), ridden by Diego Farje, shined bright amidst the cloudy backdrop, finishing on a cumulative score of 89.20 - four points higher than the second-place finisher.

The smile on Farje’s face could be seen a mile away as he made his victory gallop aboard “Lloyd,” as the young horse boasted the Peruvian flag on his saddle pad. “Boyd gave me the ride on this incredible horse and I am so grateful that he always allows me to get better through these experiences and learn from his incredible career as an eventer,” shared Farje. “We have been working with [Lloyd] and he has been really good. He is a really good mover and jumper. He makes my job really easy. I am so lucky that Boyd lets me ride him.”

Shmick, who was bred by Chris Brems and is owned by Boyd Martin, placed first following the dressage phase earning a 17.00 out of 20 from the judges who also issued him a score of 8.80 in the conformation phase. While his show jumping score of 12.90 wasn’t the highest in the division, his cross-country performance secured the young horse’s victory when Shmick was awarded the highest scores of the championship for his cross-country efforts and overall jump evaluation. Those results would definitely be something to be proud of on any normal day, but given the atmosphere in this year’s Four-Year-Old Championships with the on-again, off-again torrential downpour, it makes this young superstar’s solid performances even more impressive.

“This is actually his fourth event ever,” Farje reflected. “We have got a really good partnership for sure and I feel that he trusts me a lot. I can feel that he trusts the decisions that I make. It feels great because it feels like we are connected even though we cannot talk to each other.”

In addition to Champion honors, Shmick was the recipient of the Stillwater Farm 'Go Get 'Em' trophy, which is awarded to the horse with the best gallop score at each coast’s YEH 4-year-old Championship. This award is generously provided by Stillwater Farm and is presented in loving memory of Donald Trotter, who passed away in 2019.

Reserve Champion honors went to Steplin Sporthorses’ oldenburg Union City (Ulmar Mail x Avalon), ridden by Kaitlin Clasing. The promising young mare was ranked fifth after dressage on a score of 16.00, but the over fences phases were where this blossoming event horse truly shined. The judges awarded Union City a 13.50 in show jumping and a 27 for her cross-country efforts. Combined with her other tallied marks, Union City tied for second on a score of 85.62, but ultimately it was Union City’s overall impression both jumping and galloping that bumped her up to second-place, just one mark ahead of the third place finisher.

Rounding out the top three was the striking KWPN mare Nocciola KW (Morricone x Zavani), owned by Christine Capano and ridden by Bradley Champagne. Her dressage score of 16.30 gave the young horse a great foundation to start upon as she rested in third among the field and she maintained that position throughout the competition with high marks from the judges in all of her over fences phases.

This year's Dutta Corp. USEA YEH Coast Four-Year-Old Championship utilized four judges: Debbie Rodriguez (dressage), Anne Moss (conformation), Karen Winn (jumping/gallop), and Phyllis Dawson (jumping/gallop). Following the conclusion of the competition, Dawson shared: “There were some outstanding individuals and overall the field was good. I don’t think the conditions today were that difficult. I think the riders mind the rain more than the horses do. But on the whole the ground was good and held up well, but if the horses had a little slip because the ground was slick we didn’t particularly take off for that. We were looking for horses who were very forward-thinking. They should be controlled and rideable, but have the desire to go forward. You want the feeling when it is time to gallop that you don’t have to kick them and make them gallop, you just have to let them gallop. You want a horse who is a scopey jumper that springs up off the ground and makes a good shape over the fence. You want a horse that is bold and brave to the fences, but still listens to the rider. And you are looking for a good natural, uphill balance where they carry themselves well.”

In the Five-Year-Old Championships, Kurt Martin piloted his own Dutch Warmblood mare K.M. Baliaretto (Adagio de Talma x Ubalia) to the early lead before judges Marilyn Payne and Martin Plewa. The duo rest in pole position going into the jumping phases tomorrow on a combined score of 25.66 following the dressage and conformation phases. The remaining phases of the Five-Year-Old Championships get underway on Friday, October 14 at 8:00 a.m and will be judged by Payne and Plewa. 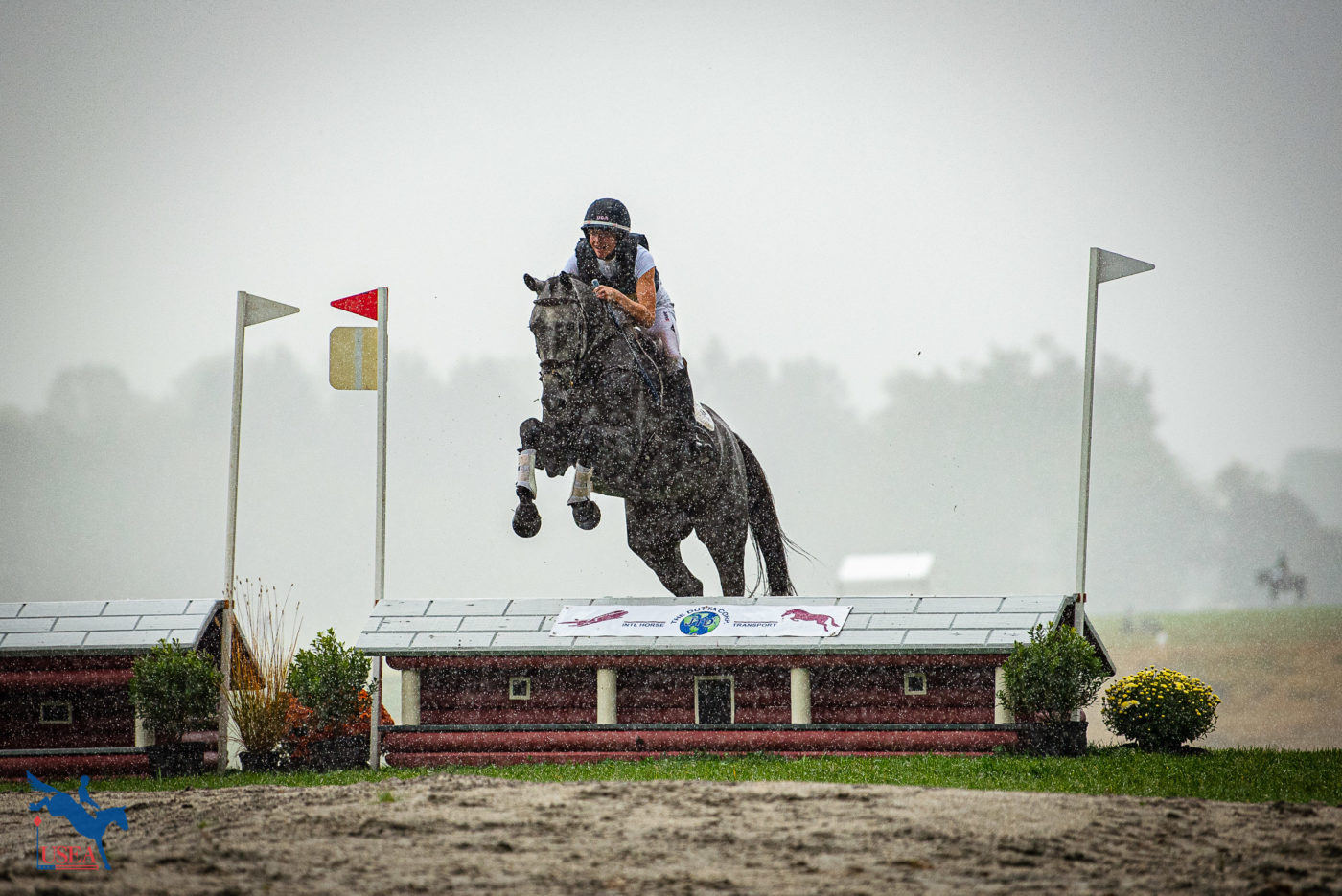 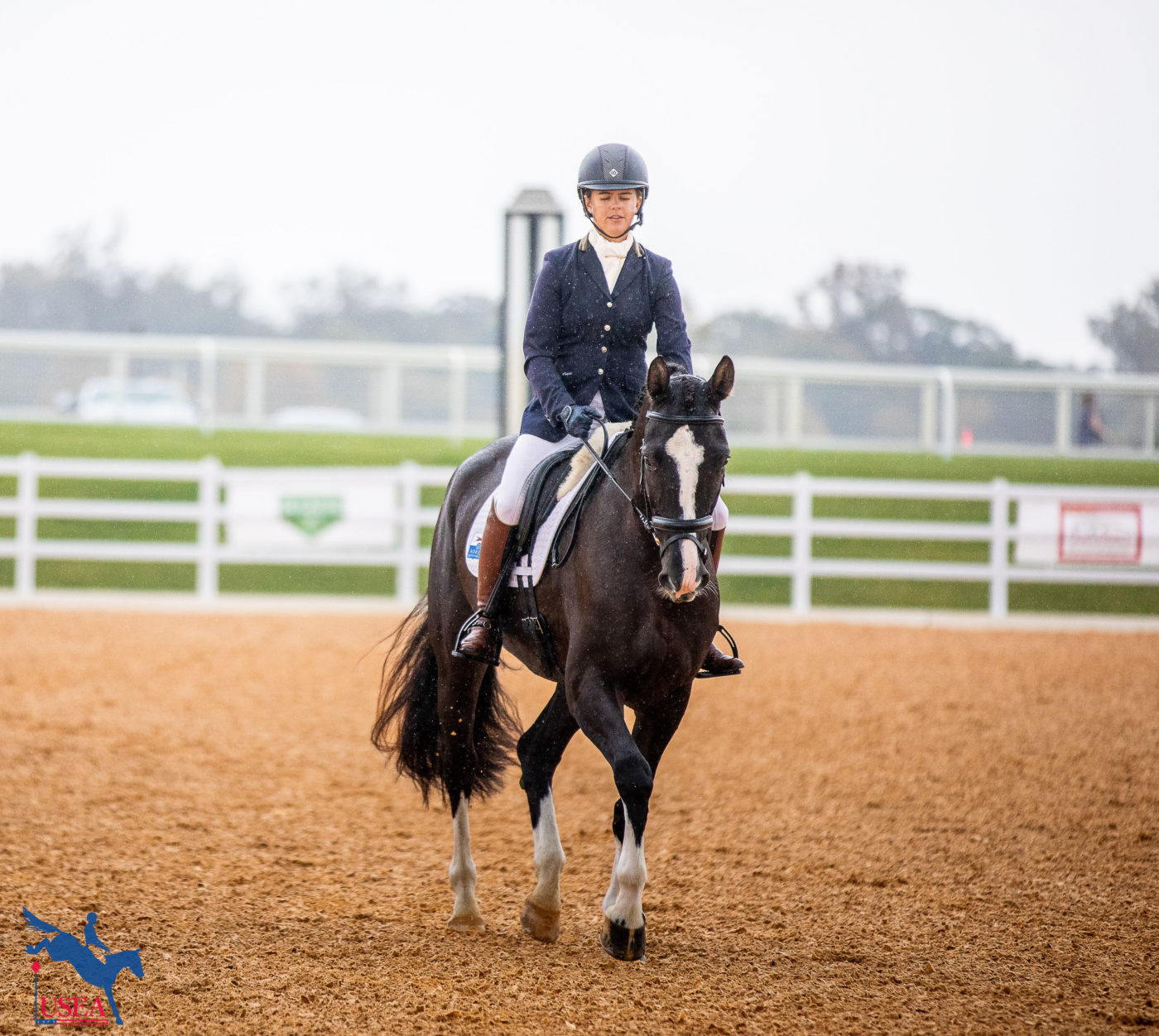 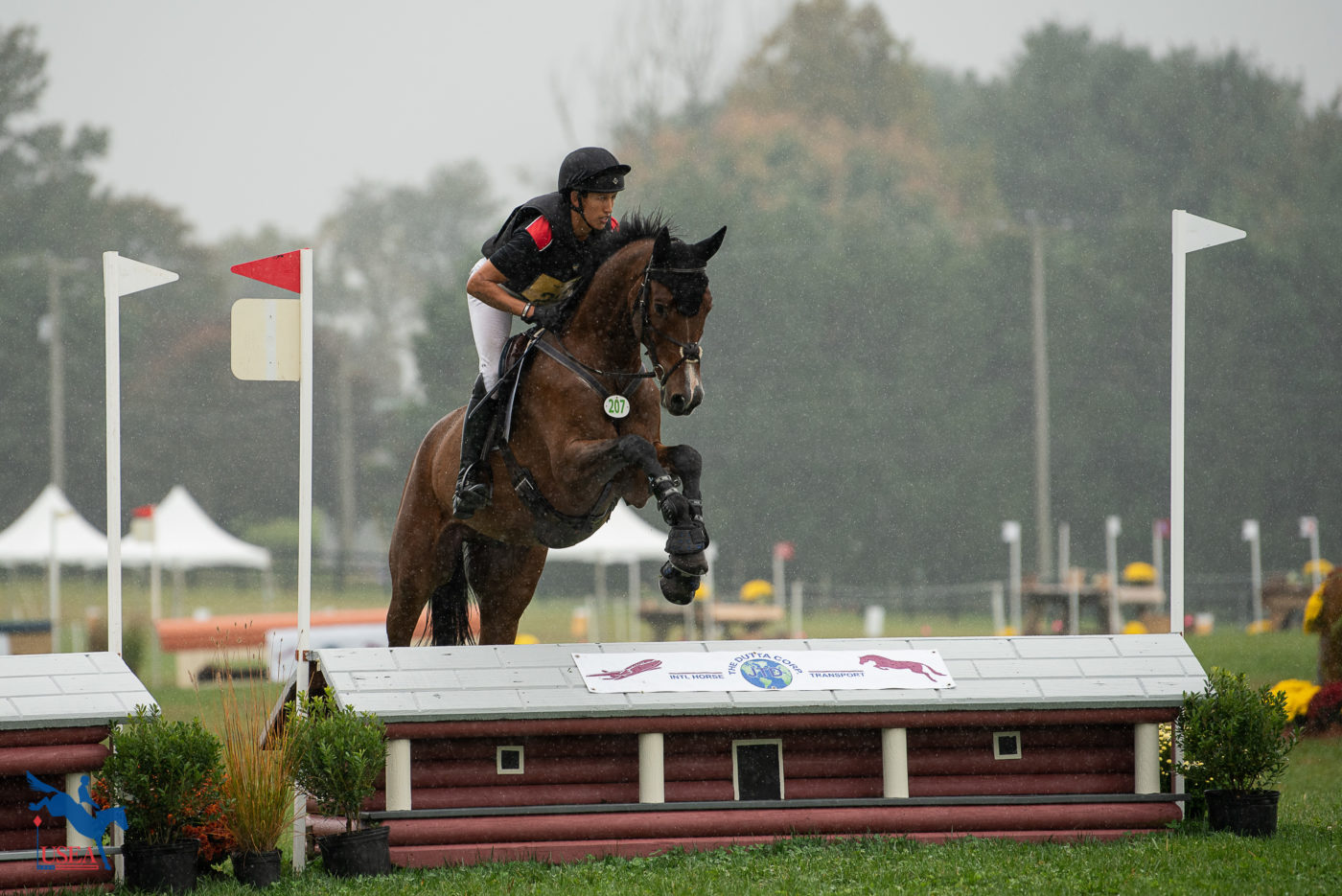 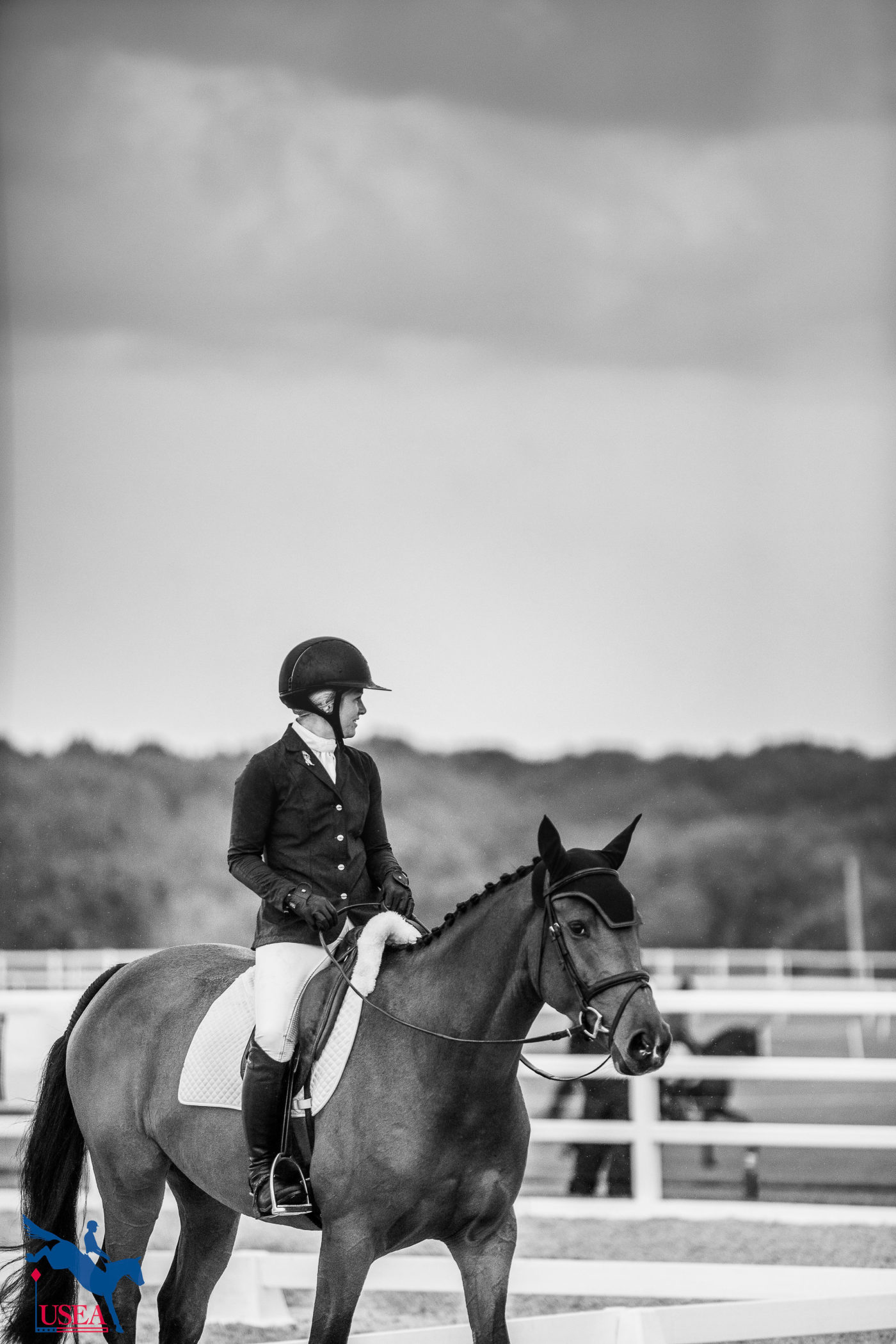 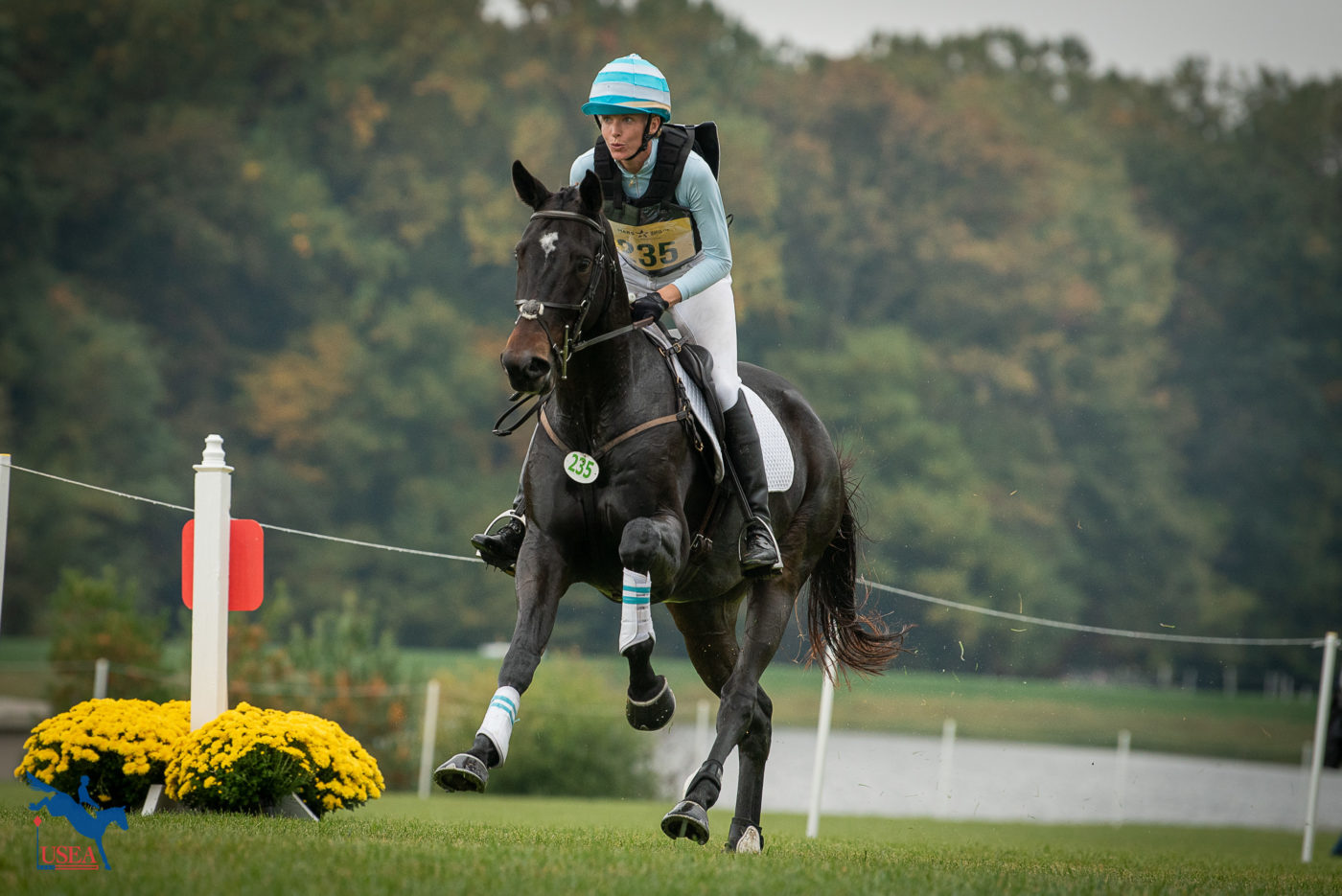 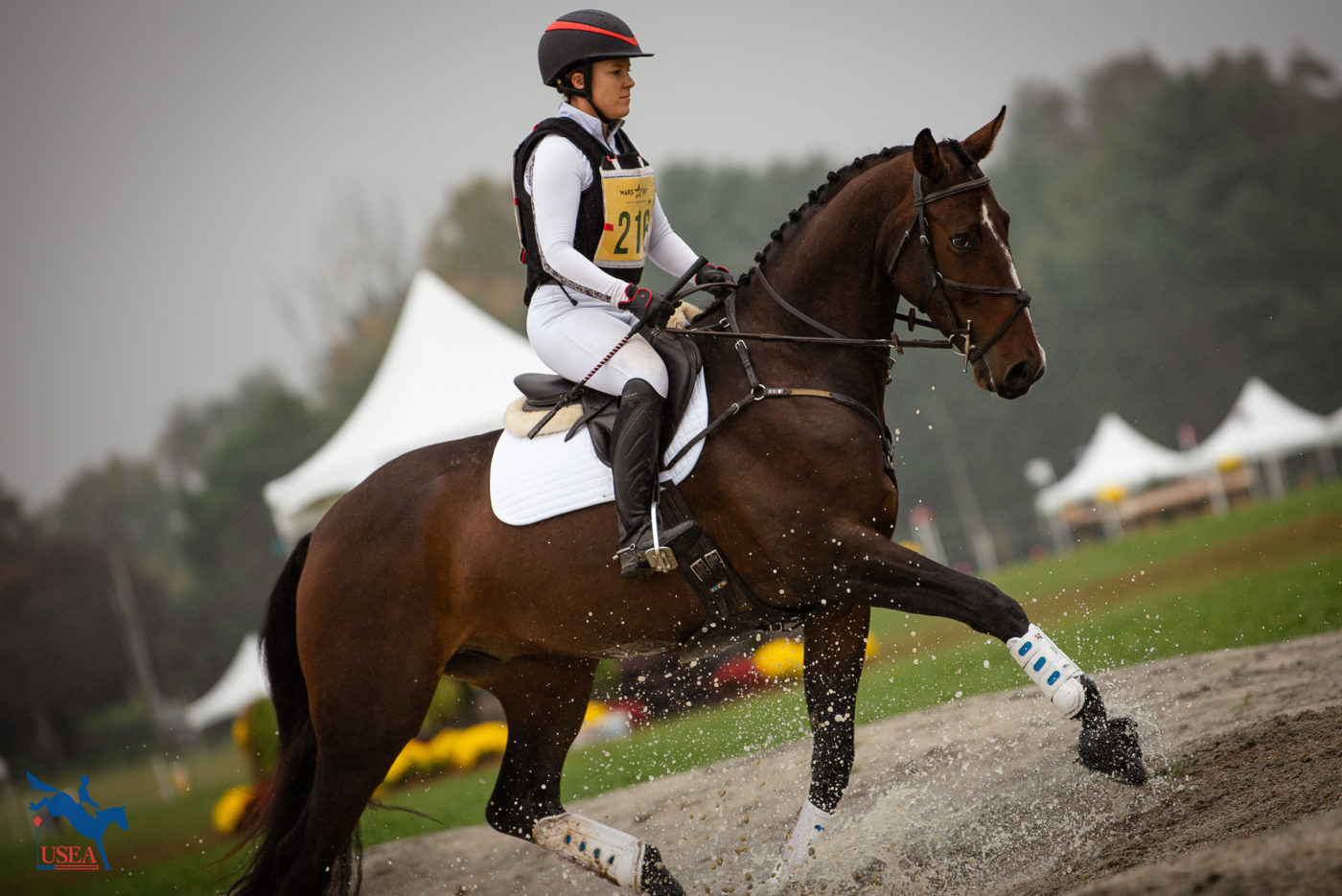 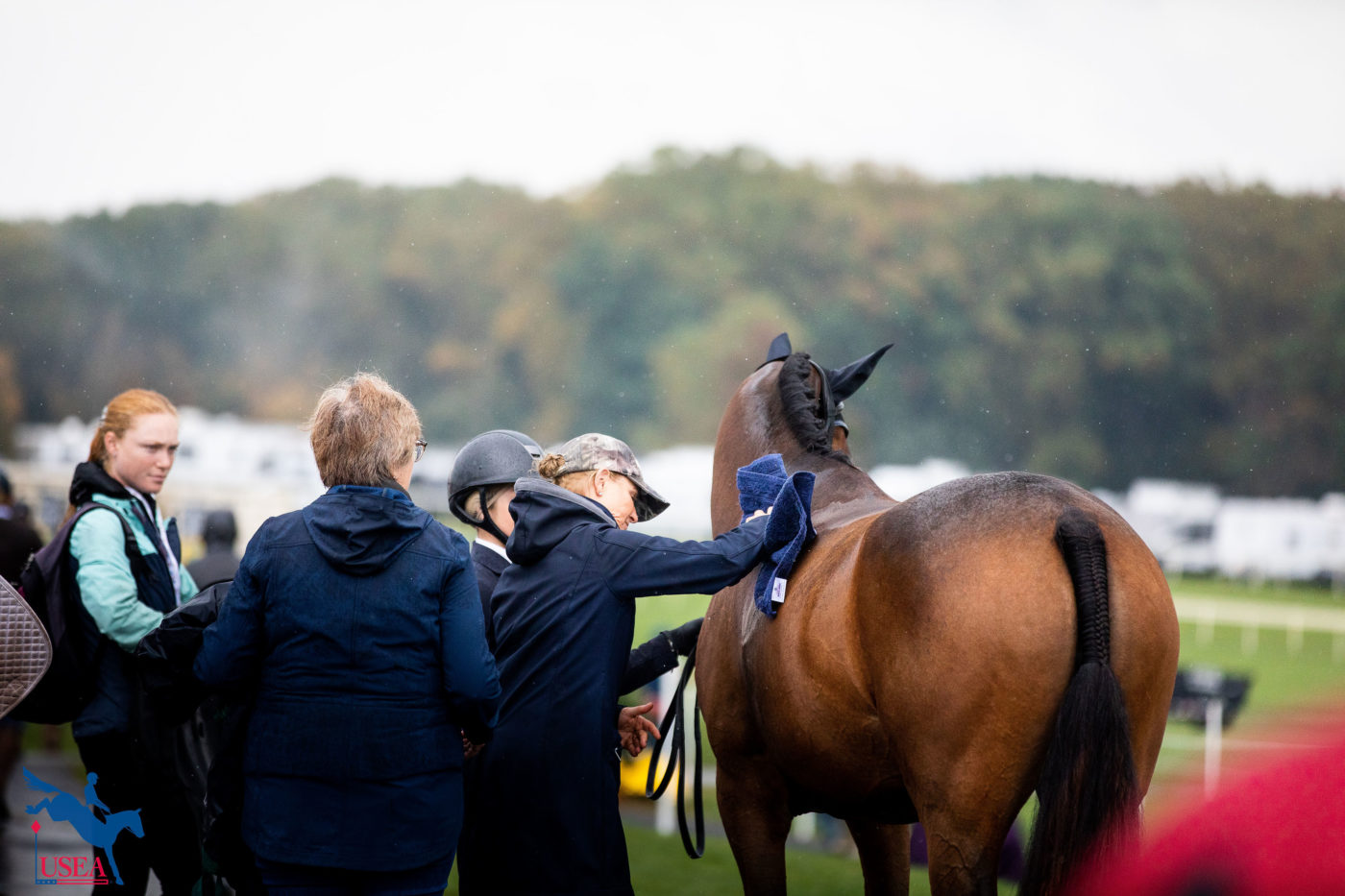 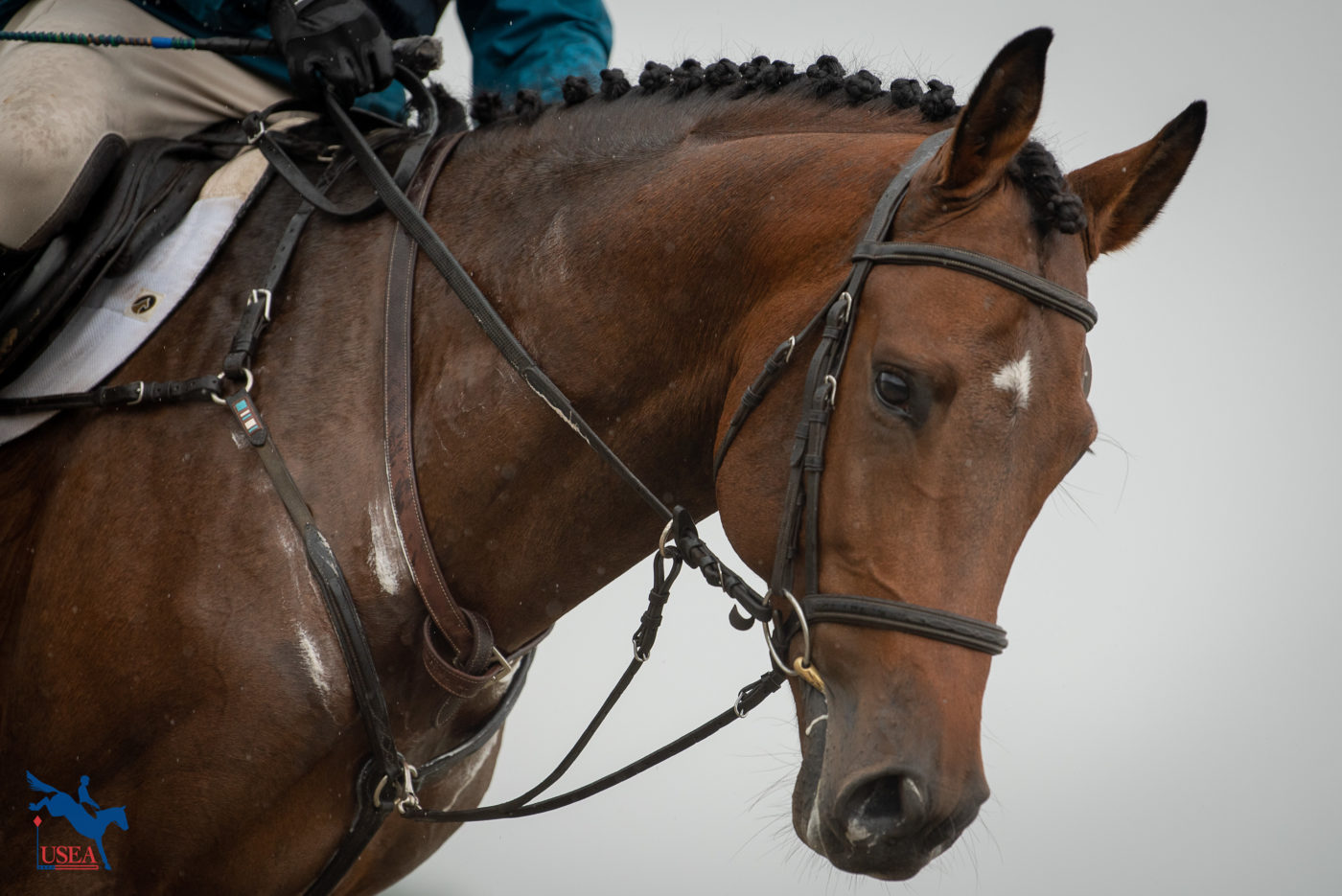 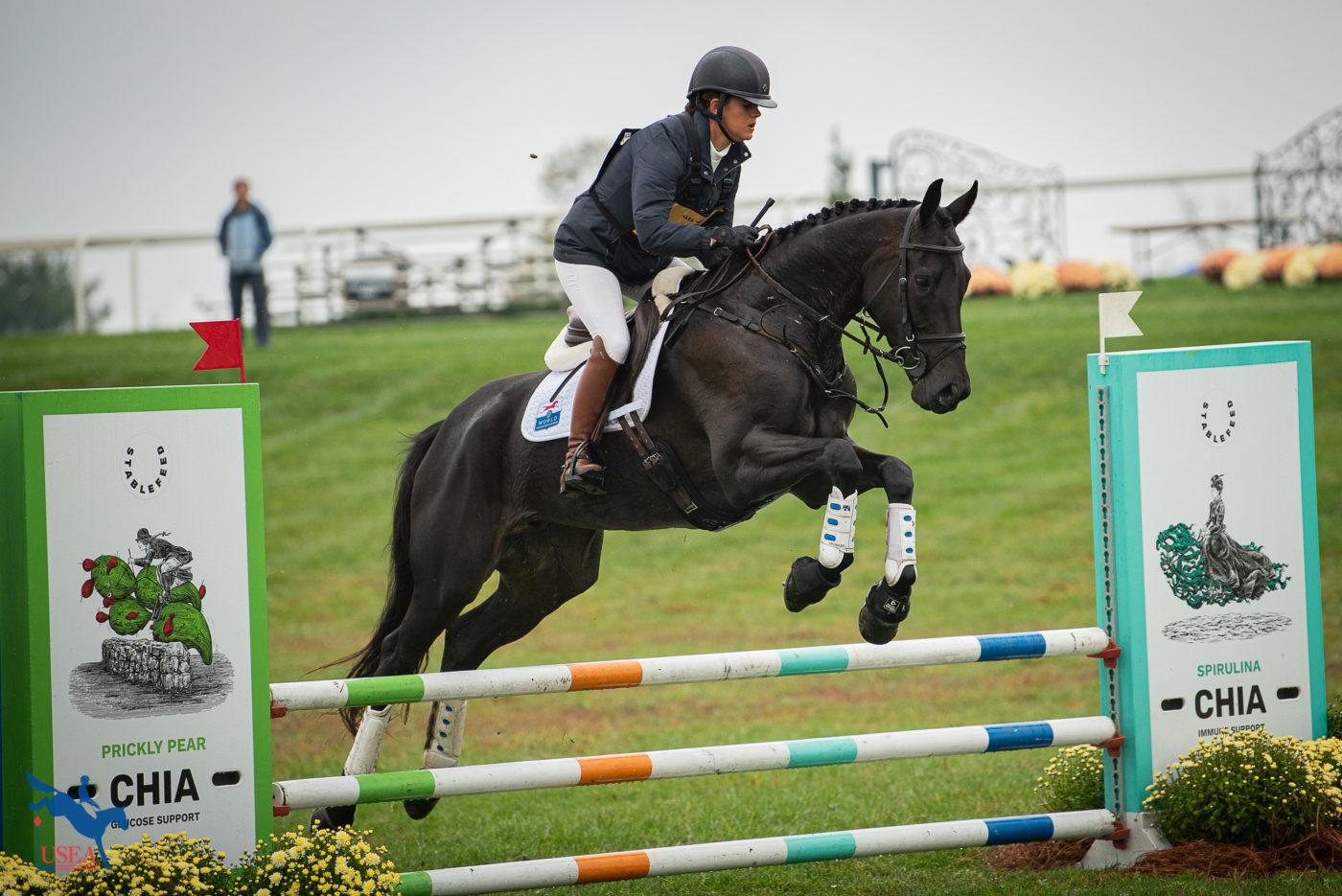