Sharon White and her 10-year-old gelding Claus 63 (Catoo x Tina II) lead the field of 25 after the dressage phase of the CCI4*-L on Thursday morning at Morven Park International. The second pair to canter into the ring, they held their lead on a score of 29 throughout the rest of the morning, riding before judges Wayne Quarles at C, Robert Stevenson at B, and Sue Baxter at H.

“I will say I didn’t see it coming that I would still be on top by the end of the division,” says White. “I’m really pleased with Claus. He was very focused and with me this morning. And that’s the hardest thing with him, is just keeping him focused. It was an early morning for him and a little bit chilly, and that’s not ideal for him but he was just wonderful.”

White has had the Holsteiner for four years. “He’s a wonderful creature. He tries so unbelievably hard,” White says of Claus, whom she sourced from Germany. “He’s all athlete. He gets very, very keen to go do a job and he hates making a mistake. So he can be a little bit emotional about the whole thing.”

Capably keeping Claus’s emotions in check and his mind and body settled, White says she was overall very pleased with the morning’s ride. “I thought he was really good and steady the whole way, so I was thrilled with that. He nailed his halts and rein back, and it’s always nice when they do that. He’s got very good changes. His first change I thought was excellent. His second change wasn’t as on the mark, but for the whole, I thought he was just very consistent, which is really what I was going for with him so I’m really thrilled with that.”

Looking ahead to tomorrow, White is excited about tackling the challenges of Derek di Grazia’s cross-country course. “I think it’s absolutely beautiful. Derek is just a master of the craft of course design. And after all the rain that we’ve had, the ground is just ideal. The course looks proper. There’s plenty to do. I think Morven Park is one of the best venues we have in terms of the cross-country. The ground is special: rolling terrain, and the good turf that you want. Derek has put a very masterful course out there.”

White adds that tomorrow’s course especially lends itself to Claus’s personality and strengths. “I love the way it starts because you’ve got a really long space and galloping distance between fences one, two, three, and four and for a horse like Claus, I think that’s excellent because hopefully it will let him cool his jets a bit without asking him anything technical within the first minute. So it will help me settle him a bit and get him focused. And then starting with fence four on, he’s got terrain the rest of the way and there’s no let-up at the end. So you have to have a fit horse. And they’re going to have to stay focused and on their feet the whole way around. From fence four on, you’re dealing with terrain: up and down and accuracy questions on terrain. And I think that is the best way to challenge a horse on the cross-country without putting them in danger.”

The golden light must have been especially inspiring this morning as the first ride of the day – Tamie Smith - is currently sitting in second place after dressage on a score of 29.3 with Solaguayre California (Casparo x Solaguayre Calandria), an 11-year-old Argentine Silla mare owned by Julianne Guariglia.

“I got her as a solid Training level horse, and I've been on her for a couple of years now,” Smith says of her partnership with the mare. “She is very opinionated, but we're starting to kind of figure each other out. She oozes talent in all three phases. It was almost like so easy for her until she moved up to Advanced, and now she's kind of like, ‘wait what?’ I feel like this spring she came out a bit green […] I went back home to California and was able to do Rebecca Farm and Great Meadow and she handled those really well. I feel like she's kind of learning her job now and kind of ready for this next step.”

Of her test this morning, Smith says: “It was really early! I had an 8 a.m. ride, which I thought wouldn't suit her, but she was great. I had a couple little bobbles, one big one, but she's getting so confirmed at the level. All of her trot and canter work was great. I just need to learn how to rein back.”

Coming in a close third was Will Coleman on a 29.4 with Hyperion Stud’s 10-year-old Holsteiner gelding Chin Tonic HS (Chin Champ x Wildera). “I was happy with my horse,” Coleman says. “We had sort of a smattering of mistakes. He tripped a couple of times and cantered in one half pass. It was too bad, because he was doing some nice work, but it just wasn't our day. That's fine. He's still a nice horse. Our big goal this weekend is just to try to put another CCI4*-L under his belt and just keep putting a good taste in his mouth every time that he comes to do one of these. It wasn't the best test, but there are two more days.”

Both Smith and Coleman are also looking forward to a challenging run tomorrow on the cross-country. “I think it's pretty beefy,” says Coleman. “It's a nice four-star. I think it's stout, but at the same time, I feel like everything is there to sort of be read by the horses. I don't think he's out to trick you or doing anything like that. It's a typical Derek course. It sort of walks big and inviting, but you have to be thinking the whole time because he's good at catching you out.”

Smith adds: “You can see how the distances can kind of get you opening and opening and opening and then maybe end up having a silly run out. This is the best venue for this type of course in the country, aside from Kentucky. It's absolutely stunning with the rolling hills, and Derek I think has done a great job. It's actually a little bit refreshing seeing some big galloping tracks after being at Pratoni I have to say! I'm looking forward to it. My horses are green four-star horses, but like Will said, it's all there. You just have to be riding. It's a four-star, so you can't be sleeping at the wheel.”

Cross country for the CCI4*-L begins tomorrow morning with Smith and Solaguayre California first on course at 11:02 a.m. 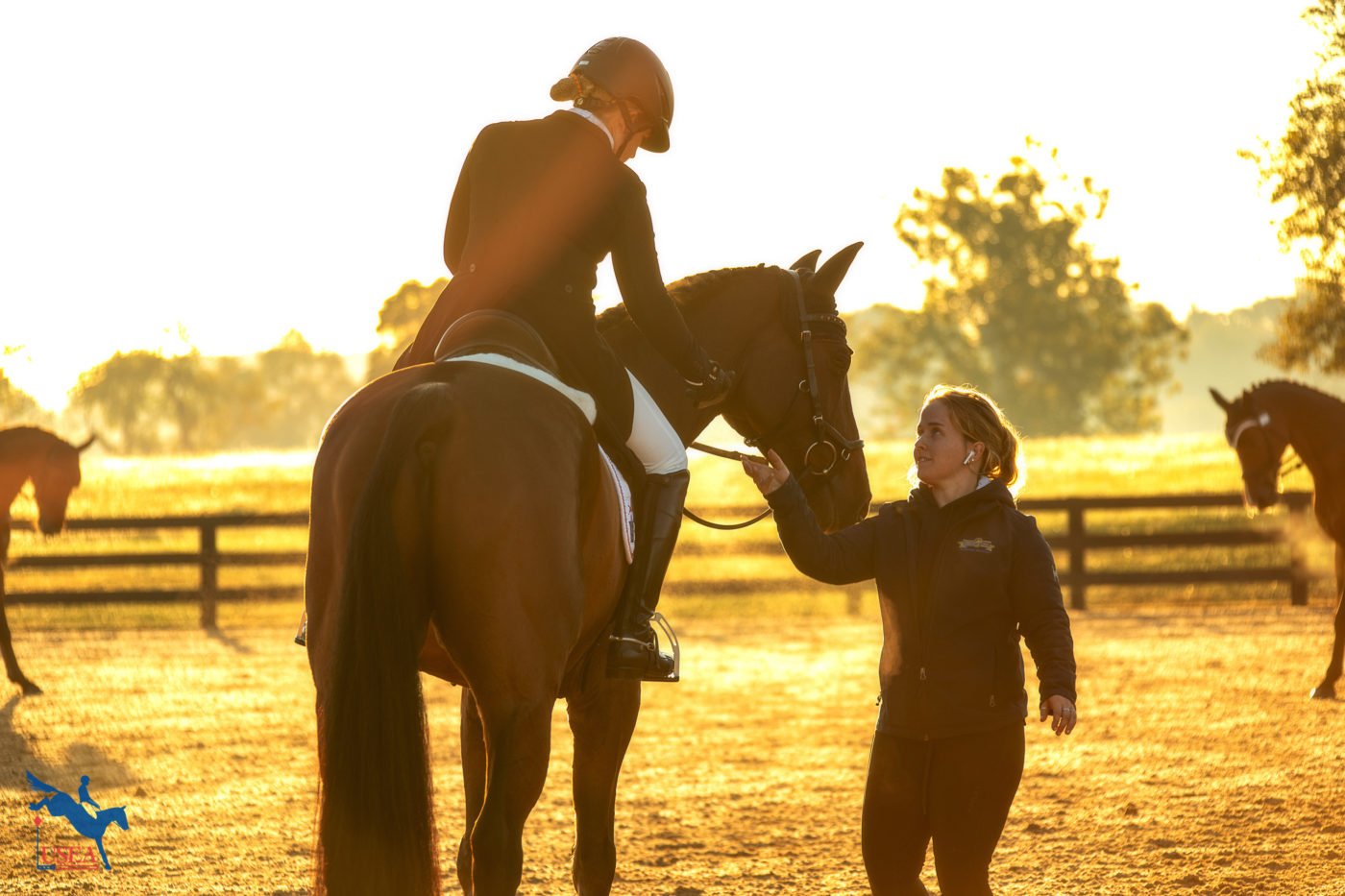 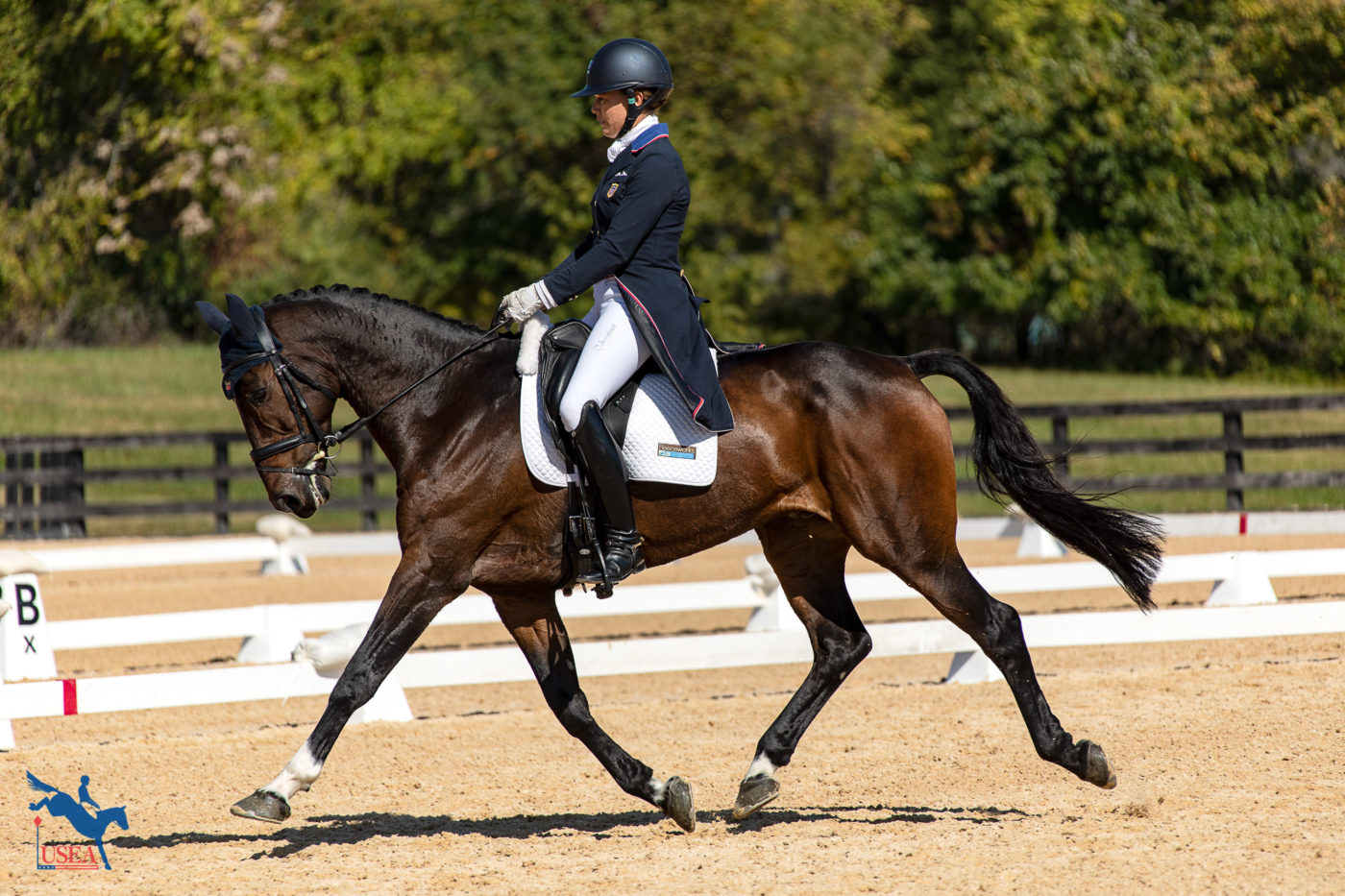 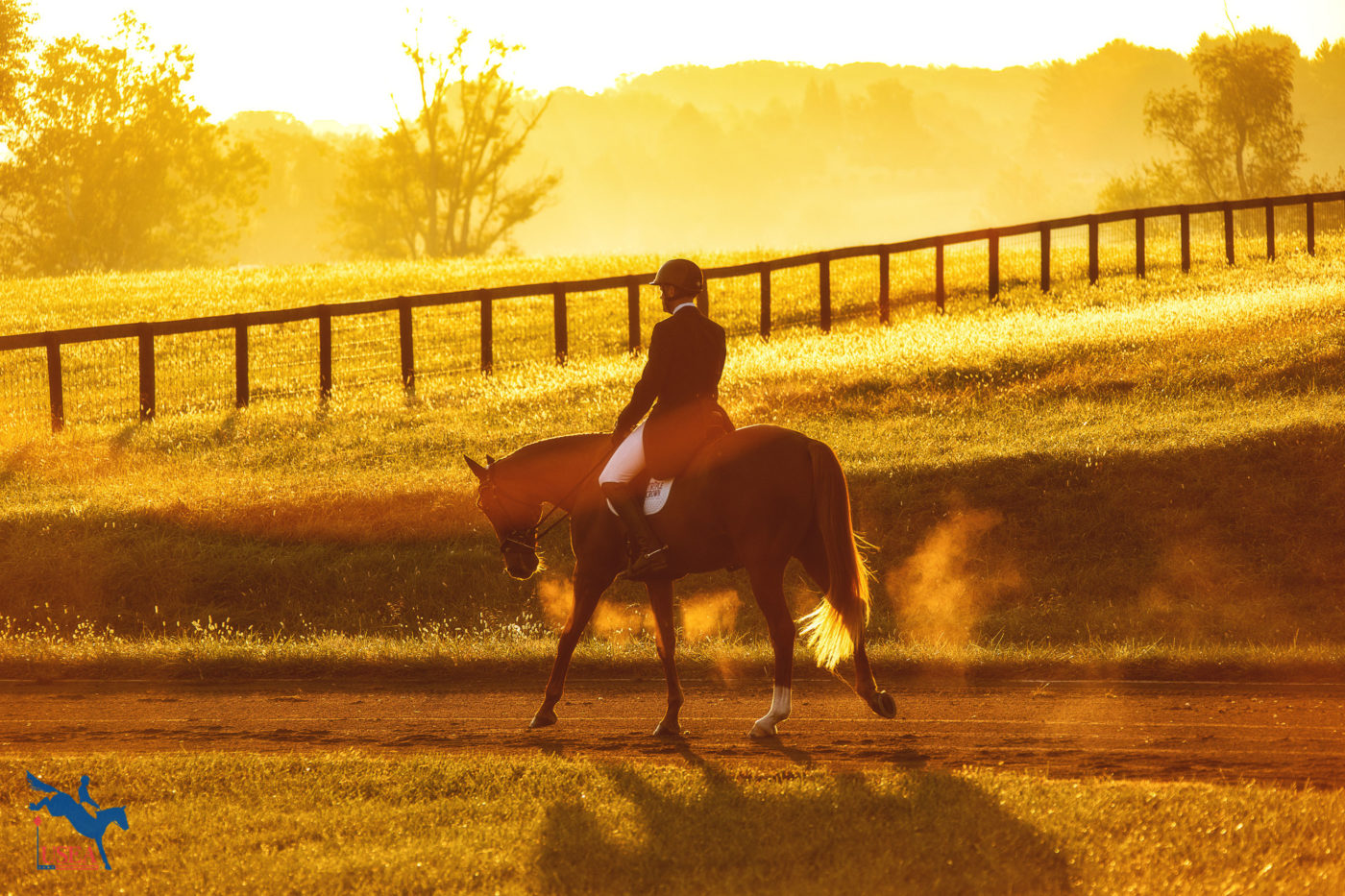 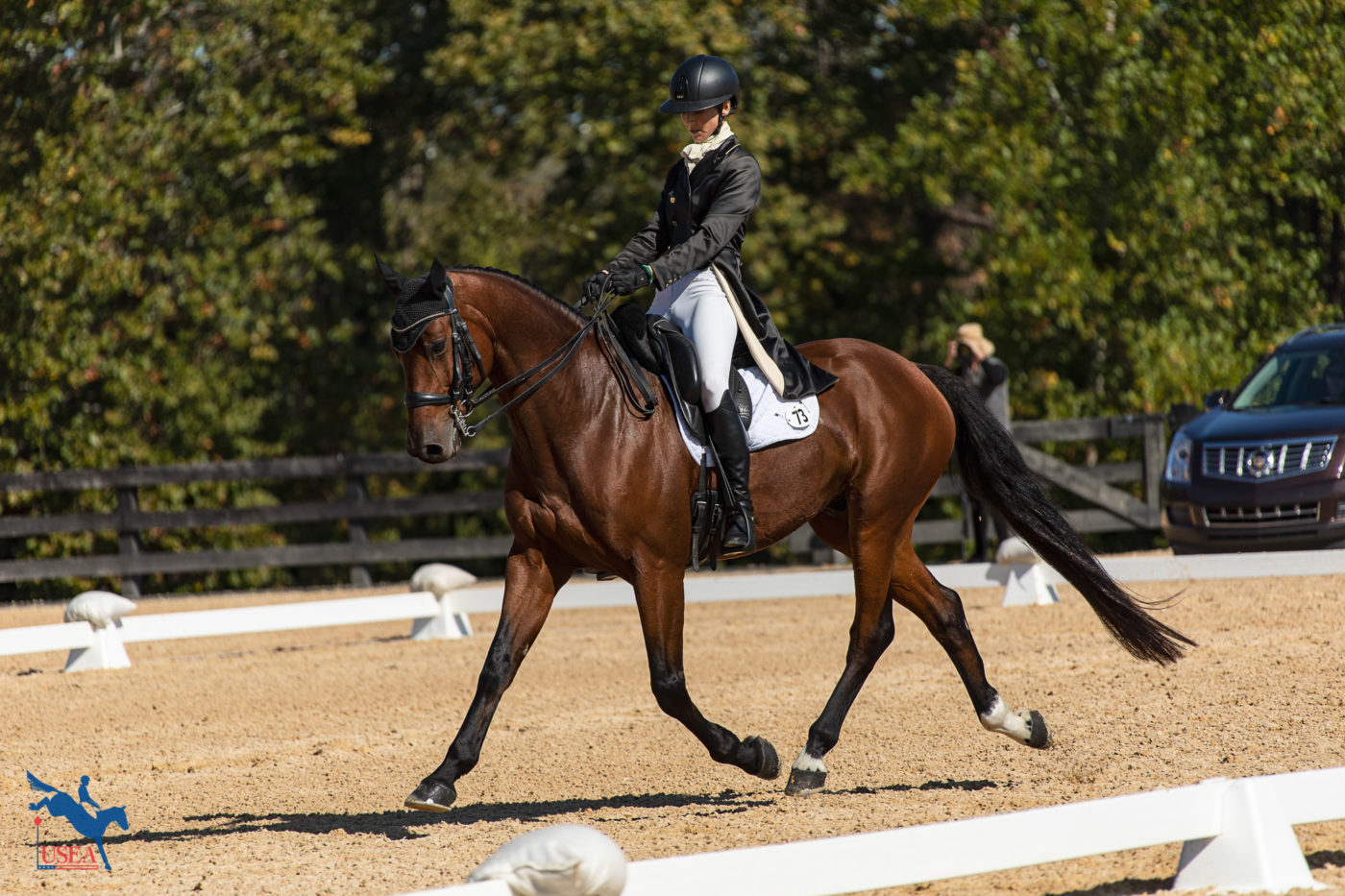 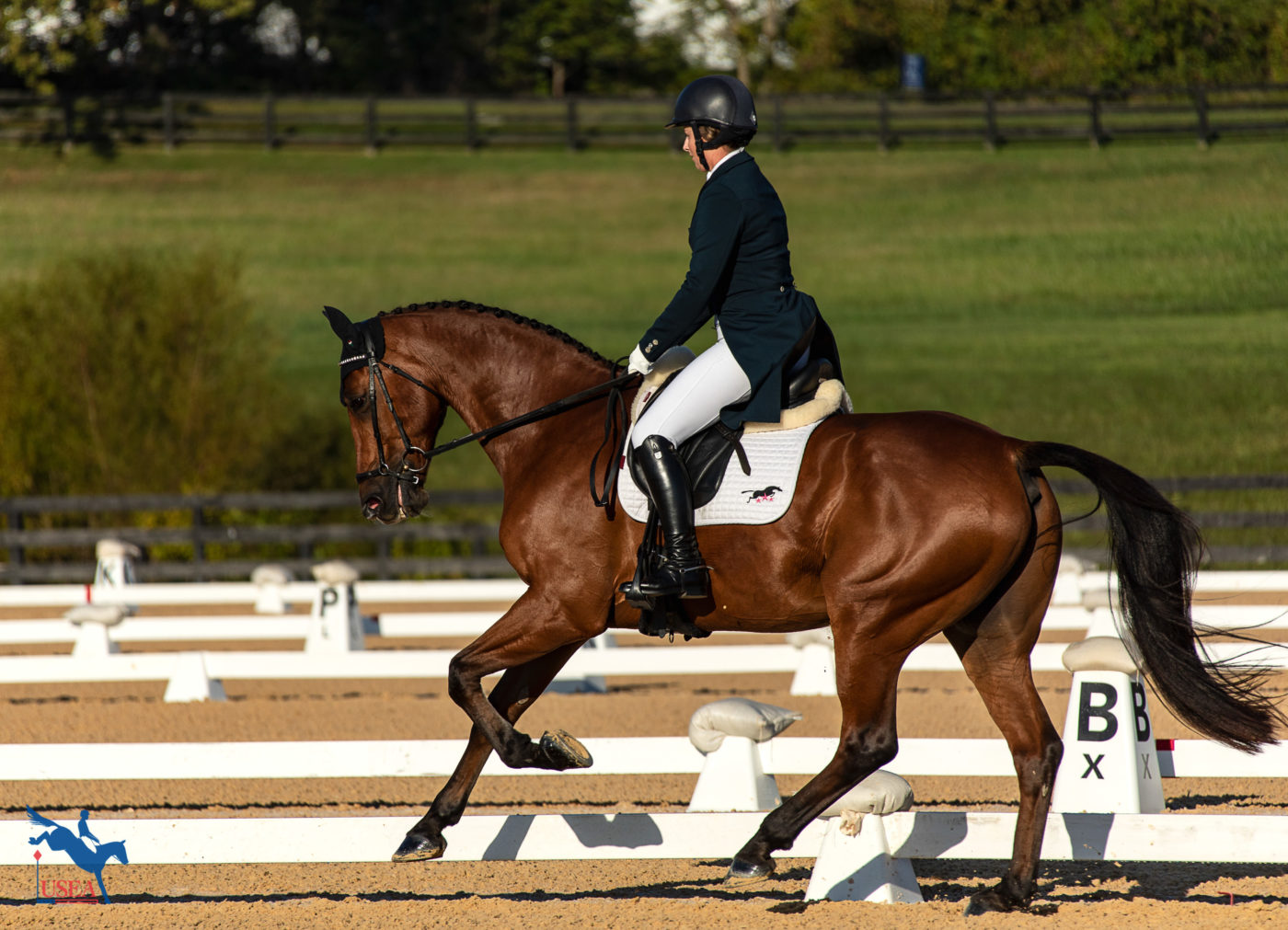 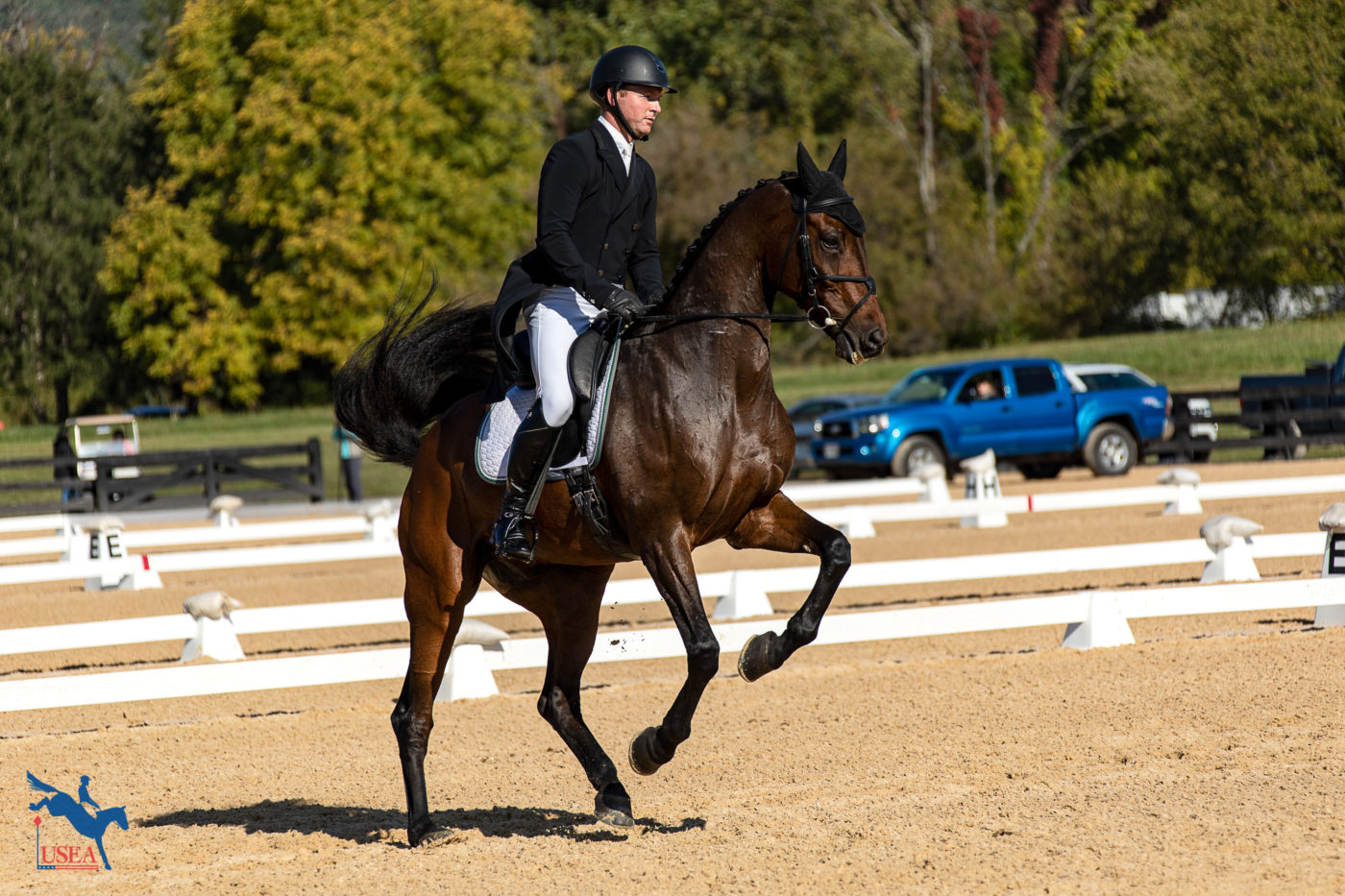 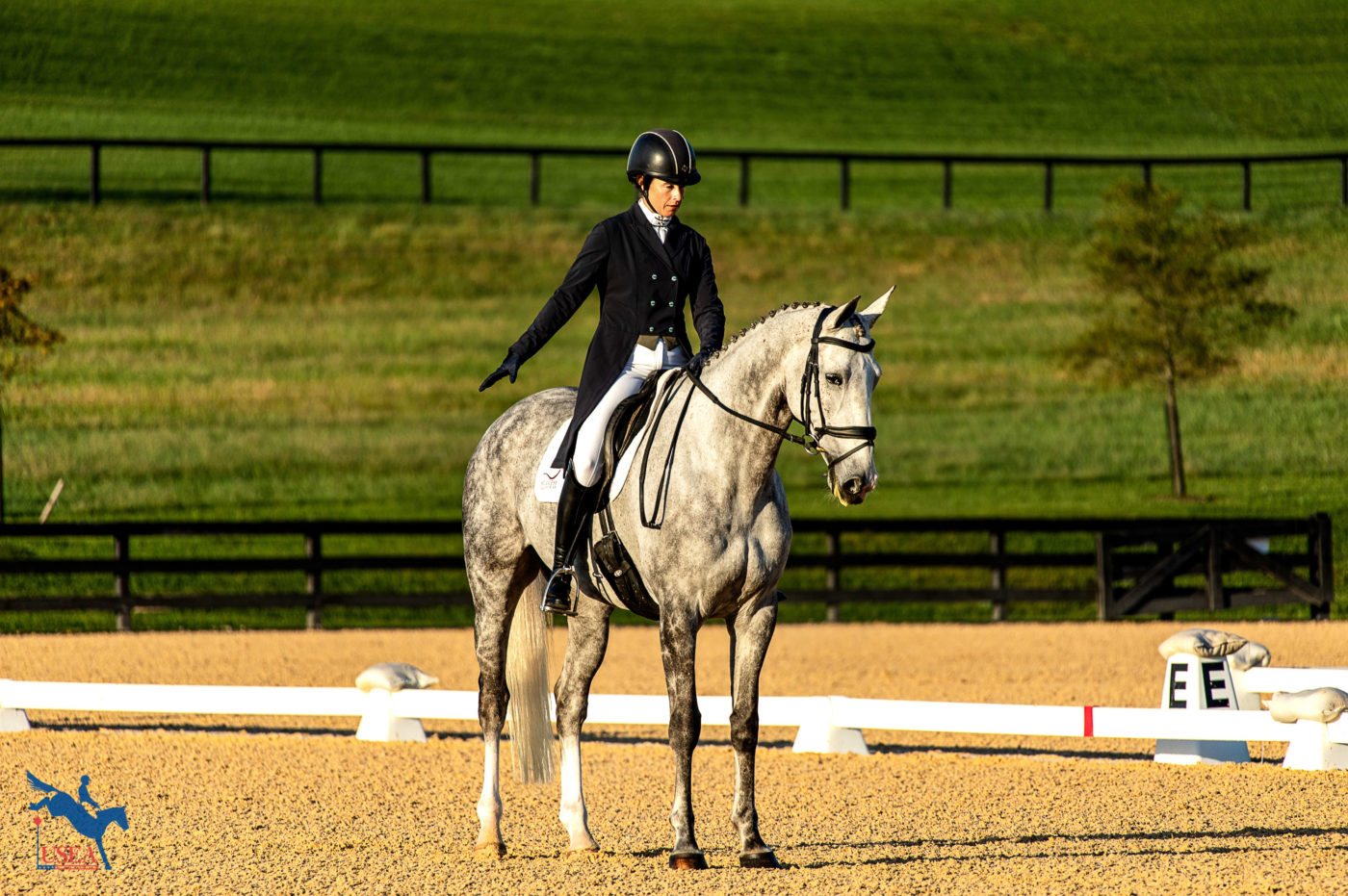 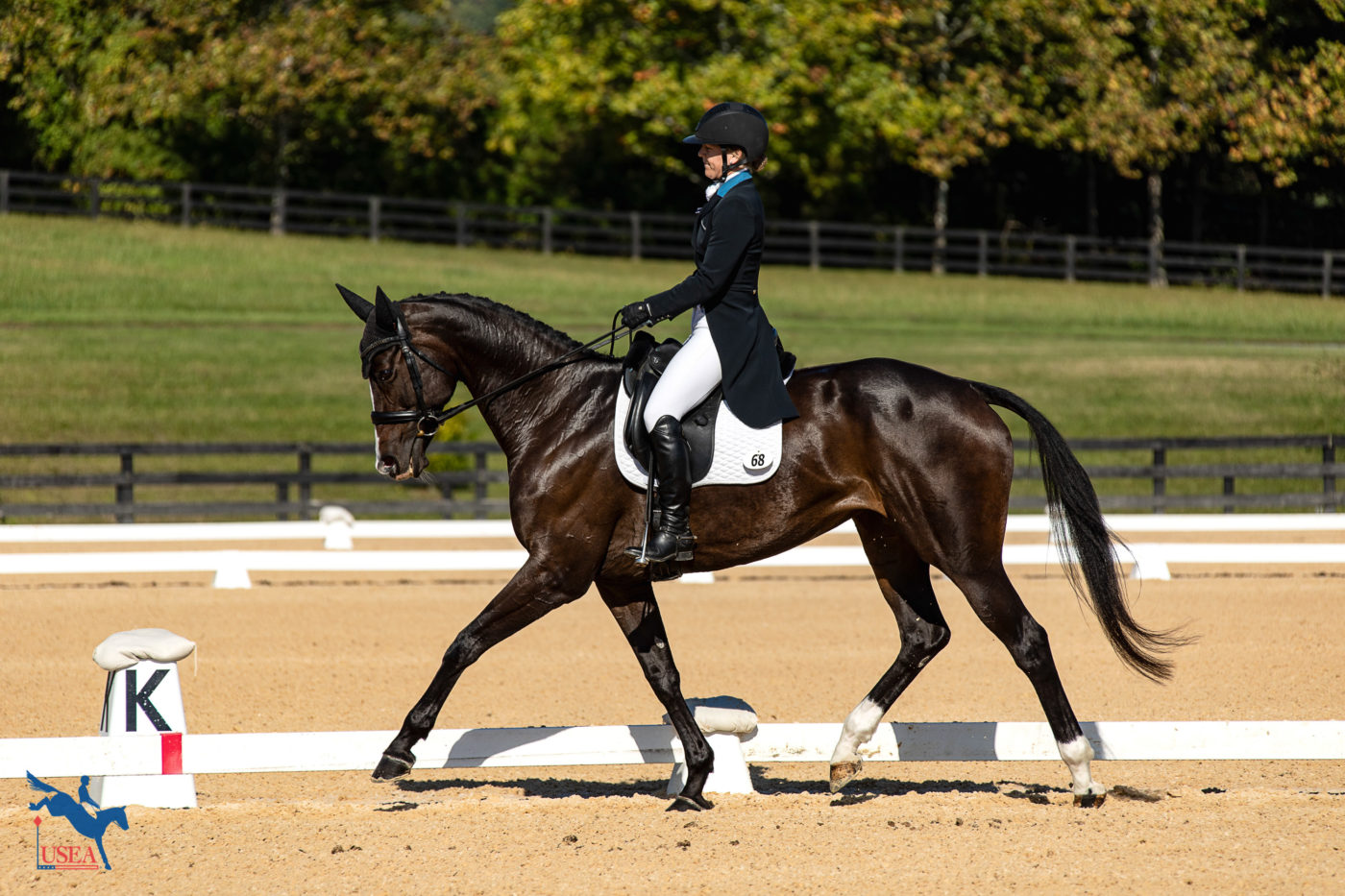 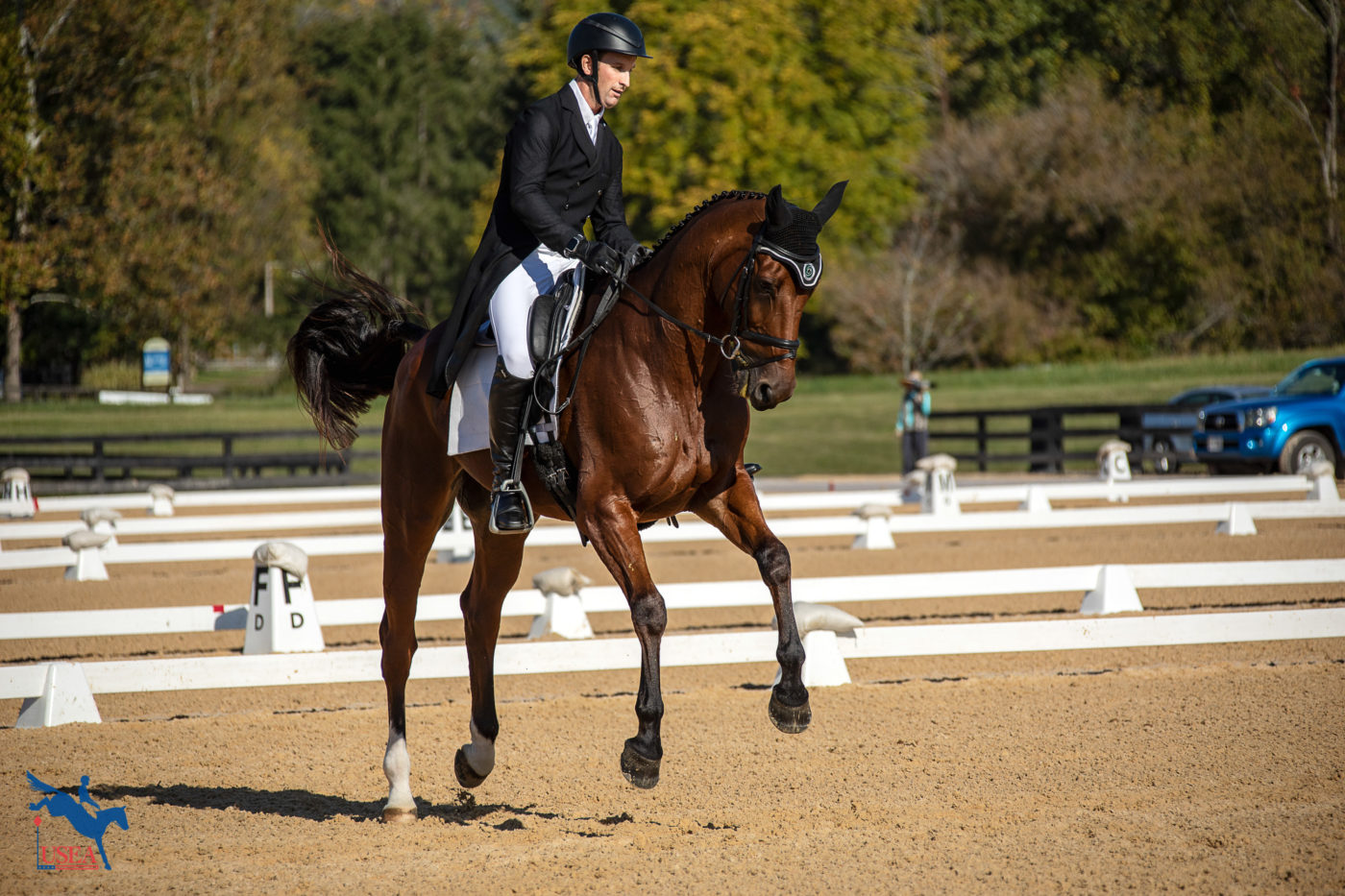 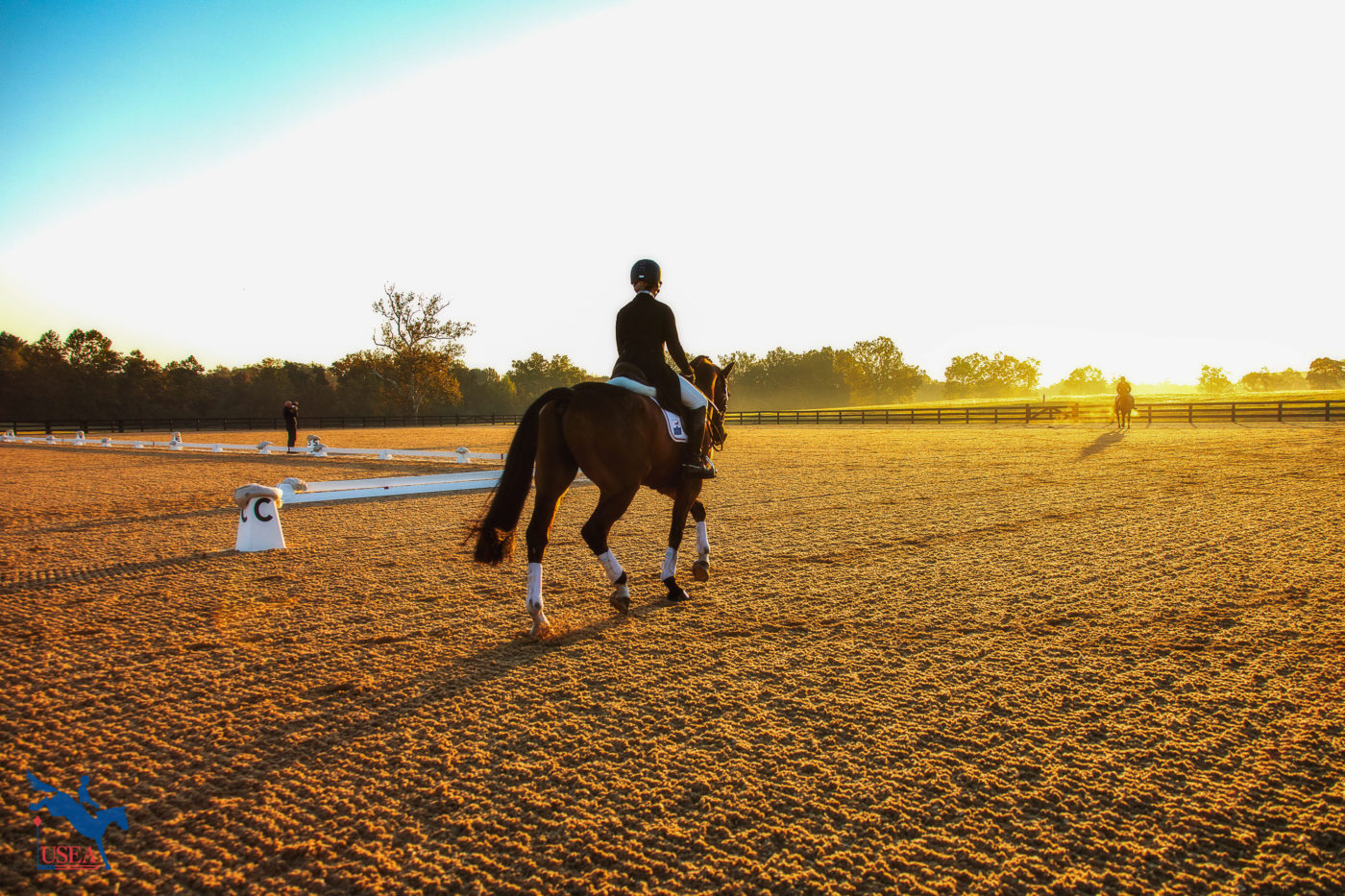 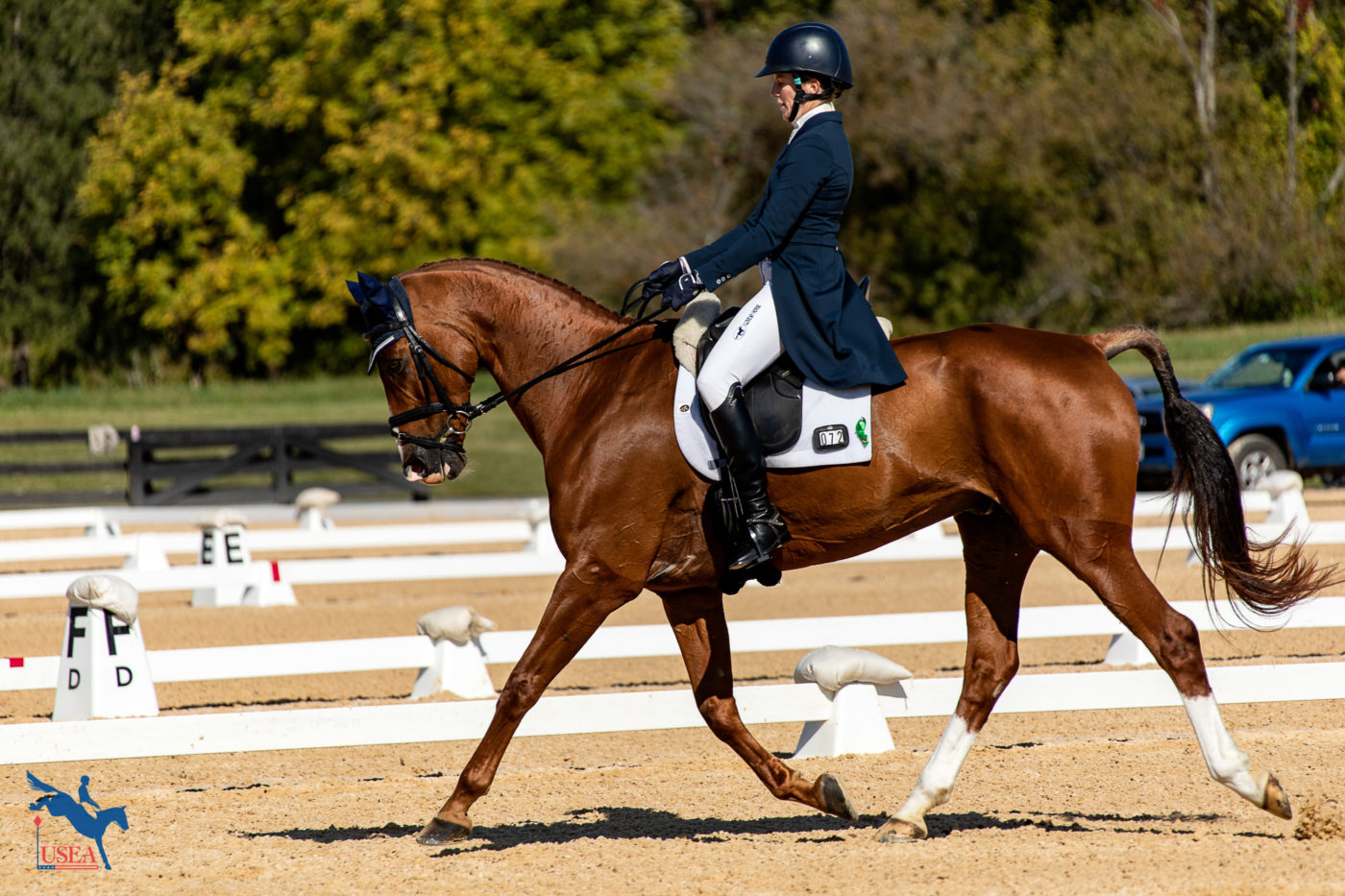