Driving down the country lane, with soybean fields on either side, when entering the Richland Park Horse Trials in Michigan, the theme of the movie Field of Dreams comes to mind, “If you build it, they will come.”

That’s exactly what Kay and Bob Willmarth did over 20 years ago when they dared to dream of hosting a major horse trials in southwest Michigan and started acquiring land. In 1985 they first purchased a 20-acre farm, then signed a contract for an additional 60 acres. But, they realized it would take more land, so in 1996 they bought another 240-acre farm and the final piece fell into place in 2000 when the purchased 20 more acres.

Their first course designer was Michael Etherington-Smith from Great Britain who in 2001 designed the Novice, Training, and Preliminary courses and developed a master plan for the entire site including spots for parking, dressage arenas, show jumping and stabling. In 2002 he added the Intermediate and Advanced courses and in 2006 he returned to Michigan one more time to retool the cross-country to allow Richland to host both CIC2* and CIC3* trials. Along the way he had help from course builders Bert Wood from Temecula, Calif., and Jay Hambly, from Guelph, Ontario, Canada. In 2009 Ian Stark from Scotland took over the course design and this year he added a new section to the course. More about that tomorrow . . .

The weather today for the upper level dressage phase at Richland felt more like late fall than late summer with mist and light rain until mid-afternoon and temperatures in the low 60s. The footing in the arenas and walking paths held up very well, however.

Twenty-four horse and rider combinations started the CIC3* today, which is part of the Adequan Gold Cup Series. After all had gone down the centerline Colleen Rutledge from Maryland topped the CIC3* dressage with her 11-year-old homebred three-quarter Thoroughbred, one-quarter Clydesdale gelding Covert Rights with a personal-best FEI dressage score.

Covert Rights is out of a Thoroughbred mare named Let’s Get It Right who ran through the Advanced level one time, then had an injury and was retired to be a broodmare. Get It Right was actually the first horse that Rutledge learned how to break to ride when she was working for a race horse trainer. Get It Right’s sire was Covert Operations. Covert Rights' sire was BFF Incognito, who was half-Thoroughbred and half Clydesdale.

Rutledge said she enjoys very much coming to Richland Park. “They always do such a good job on the cross-country and they try so hard to make sure that the footing is the best it can be. It’s a great facility and a great show.”

Katie Ruppel, who is originally from Area VIII, is sitting in second in the CIC3* with Houdini with a 38.9. Last year’s winners, Will Coleman and Tight Lines are currently in third after dressage with a 40.20.

Riders in the Advanced division were duking it out to see who could post the smallest numbers on the leaderboard. Buck Davidson from Unionville, Pa., had a smooth, steady and accurate test on Copper Beach, an 11-year-old Irish Sport Horse (by Radolin, out of Cloverballen, owned by Sherrie Martin and Carl Segal). They finished with a 28.20 just 0.6 points ahead of Boyd Martin and Long Island T owned by the Long Island T Syndicate. In third are Cornelia Dorr and her own Louis M.

“Sean is very consistent; he pretty much goes and does the same test every time. He is very rarely very far above 30. He’s a super trier. He’s not a big mover, but he does everything right. He knows how to do everything and he is very relaxed in there. I am very happy with him,” said Davidson.

Davidson has been going to Richland Park ever since the start of the Adequan USEA Gold Cup Series, except for last year. “It’s great. First of all they have the water [available] so they are able to give us the best ground for the cross-country possible. The ground is irrigated and aerated, so you try to support the events that do that. Usually the weather is good; usually it’s not this cold,” he said smiling.

The Willmarths, who own several businesses in the Kalamazoo area, are avid horse people and evented and fox hunted over the years. Kay talked about how they came up with the idea to host a horse trials and how they picked the name, “Since we both evented we thought we might have enough land to put on an event of our own. The land had a lot of character and gently rolling terrain. Plus, Richland is named that for a reason, we have sandy loam and beautiful rich topsoil and great drainage.”

“What amazes us the most is how supportive our friends, families and neighbors are,” she added. “Once we decided to run the event we thought, ‘how in the world will we get enough help to run a successful show?’ So we contacted everyone we ever knew; it didn't matter if they knew anything about horses or not. We called friends, family and business acquaintances. Much to our amazement, almost everyone wanted to help. And they were equally as excited about it as we were. We have such dedicated, excited volunteers, willing to give hours of their time so we can put on the show. We both really enjoy spending time with our two course builders, Bert Wood and Jay Hambly. They come about three weeks before the show and stay with us; their friendship means the world to us. My favorite thing about hosting the show is after all the hard work putting it together, I get to watch some of the best riders in the country ride the cross-country on my property . . . Karen O'Connor, Phillip Dutton, Boyd Martin, Becky Holder, Bruce Davidson, Buck Davidson, the list goes on and on. Hosting this event has also enabled us to meet and become friends with two of the best designers in the world, Stark and Etherington-Smith. We have learned so much from both of them, and our friendship will last a lifetime.

The Willmarths share their farm with four horses, two miniature donkeys, three barn cats and two Rottweilers with another puppy on the way. Bob has an Irish Sport Horse called Loughnatousa Spot who evented with Robin Walker to the Advanced level, and also has a 15-year-old running Quarter Horse named Dillon. Kay’s horse is an Irish Thoroughbred gelding who is 22 years old and named Loughnatousa Eoin, who she evented to Training. Her younger horse is an Appaloosa who is 10 years old who she trail rides and go for hacks out. The two donkeys are Mickey (an 11-year-old gelding) and Mouse (a 22-year-old gelding) and their two Rottweilers are Bo and Belle; Kay does high-level competitive obedience with Bo.

The 2018 Adequan USEA Gold Cup Series features 11 qualifying competitions throughout the United States at the Advanced horse trials and CIC3* levels. The qualifying period begins August 2017 and continues through August 2018 with the final taking place at the 2018 USEA American Eventing Championships at the Colorado Horse Park in Parker, Colorado. Riders who complete a qualifier earn the chance to vie for $40,000 in prize money and thousands of dollars in prizes and the title of Adequan USEA Gold Cup Champion in the Adequan Advanced Division. 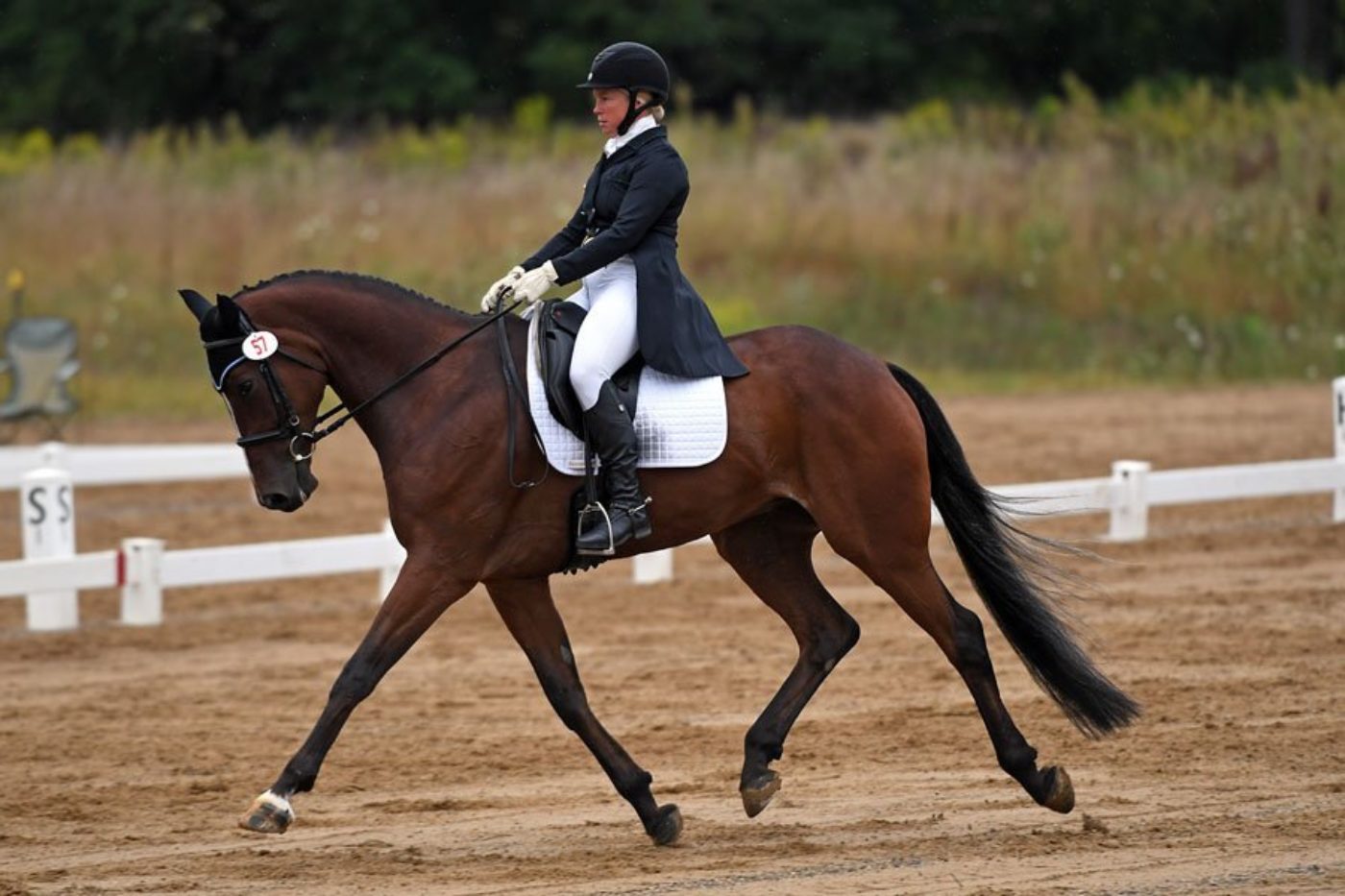 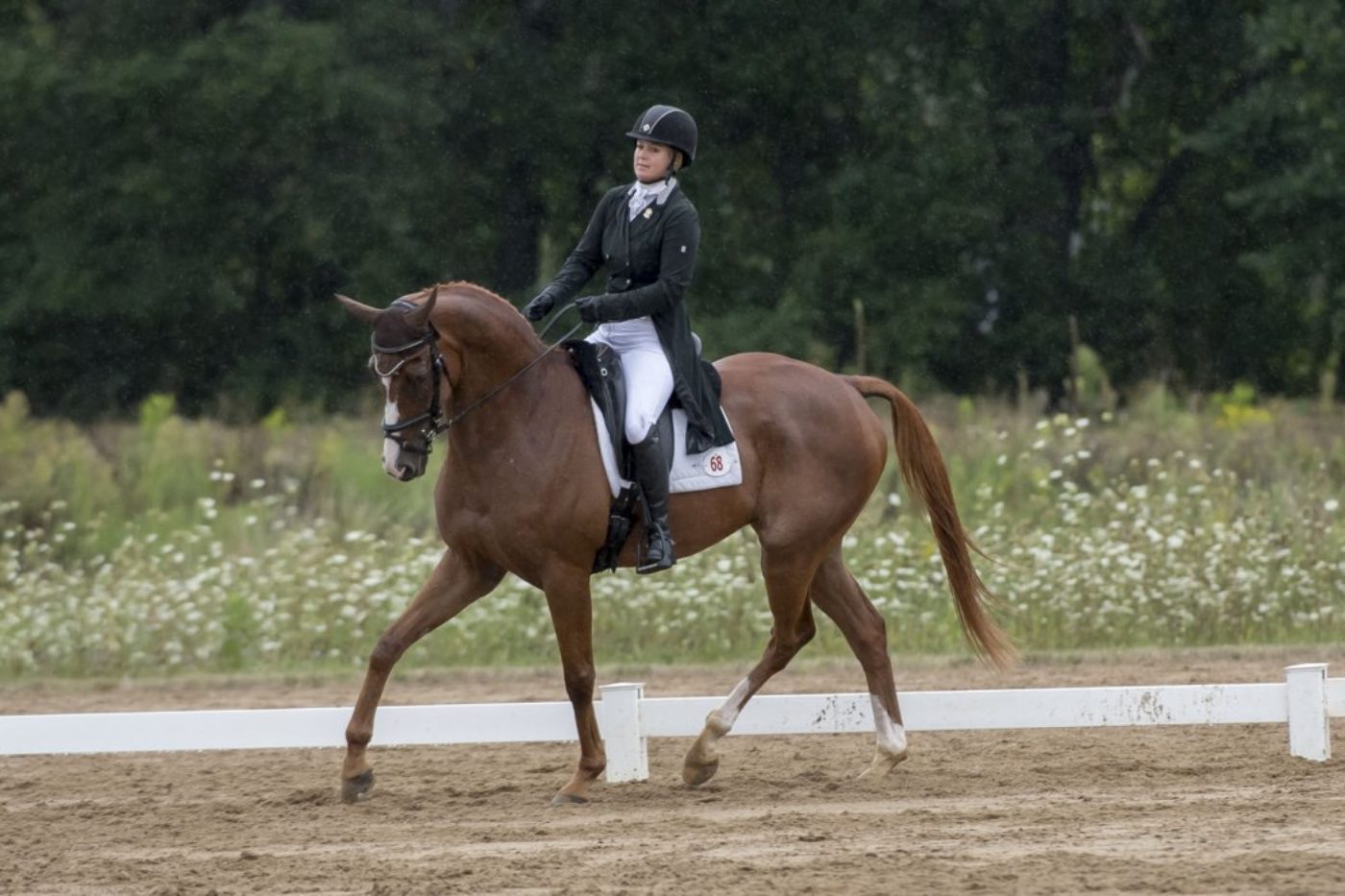 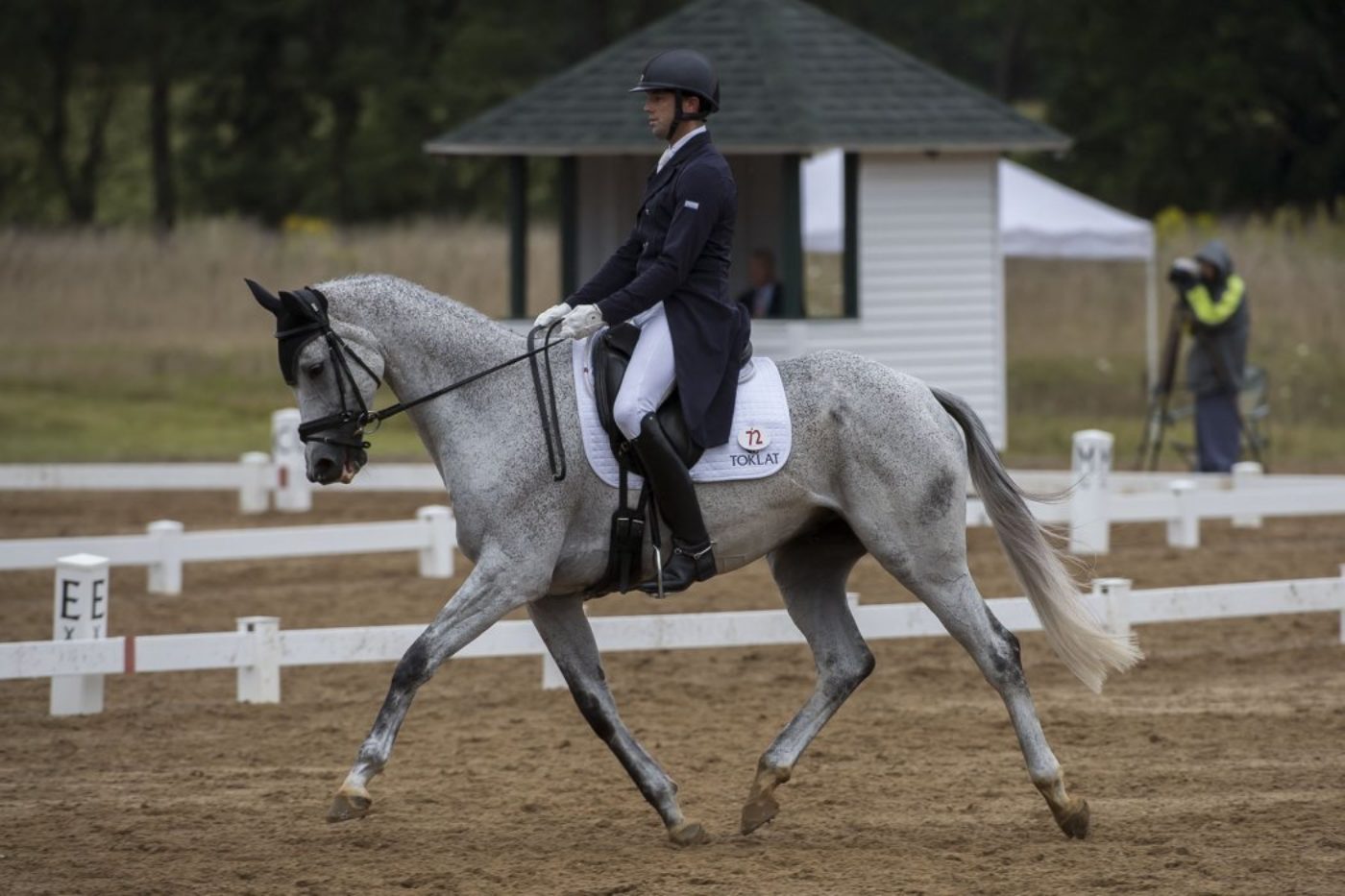 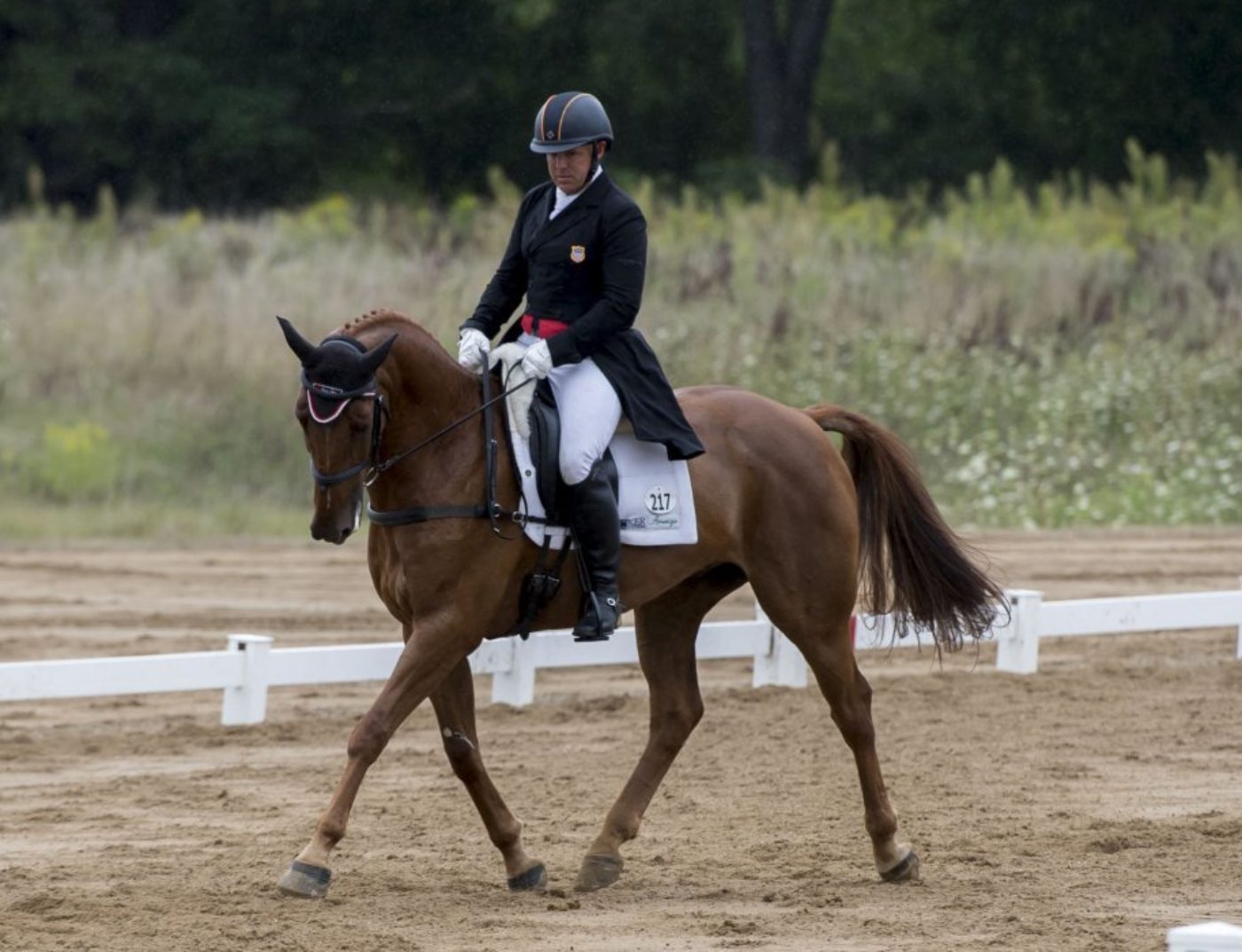 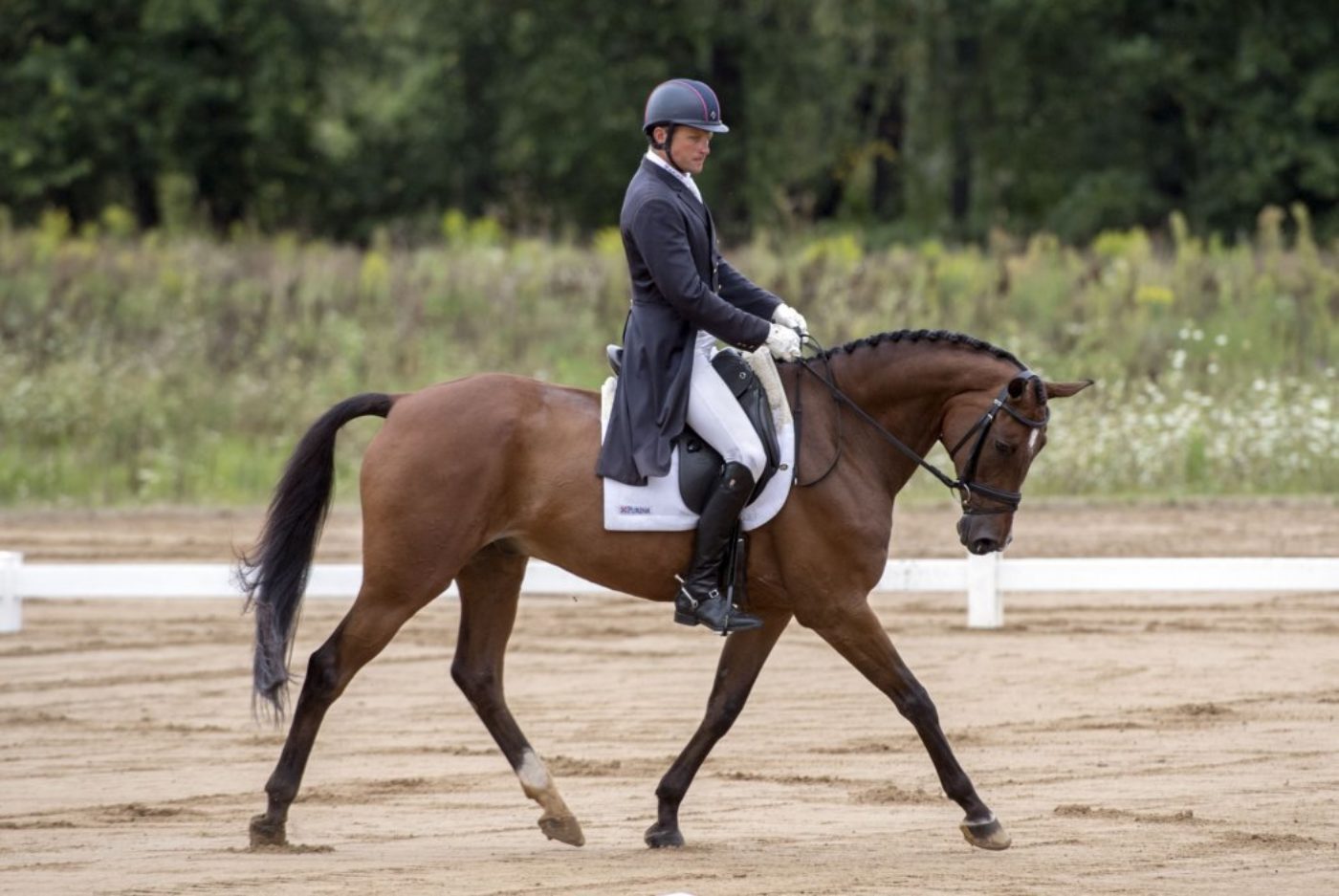 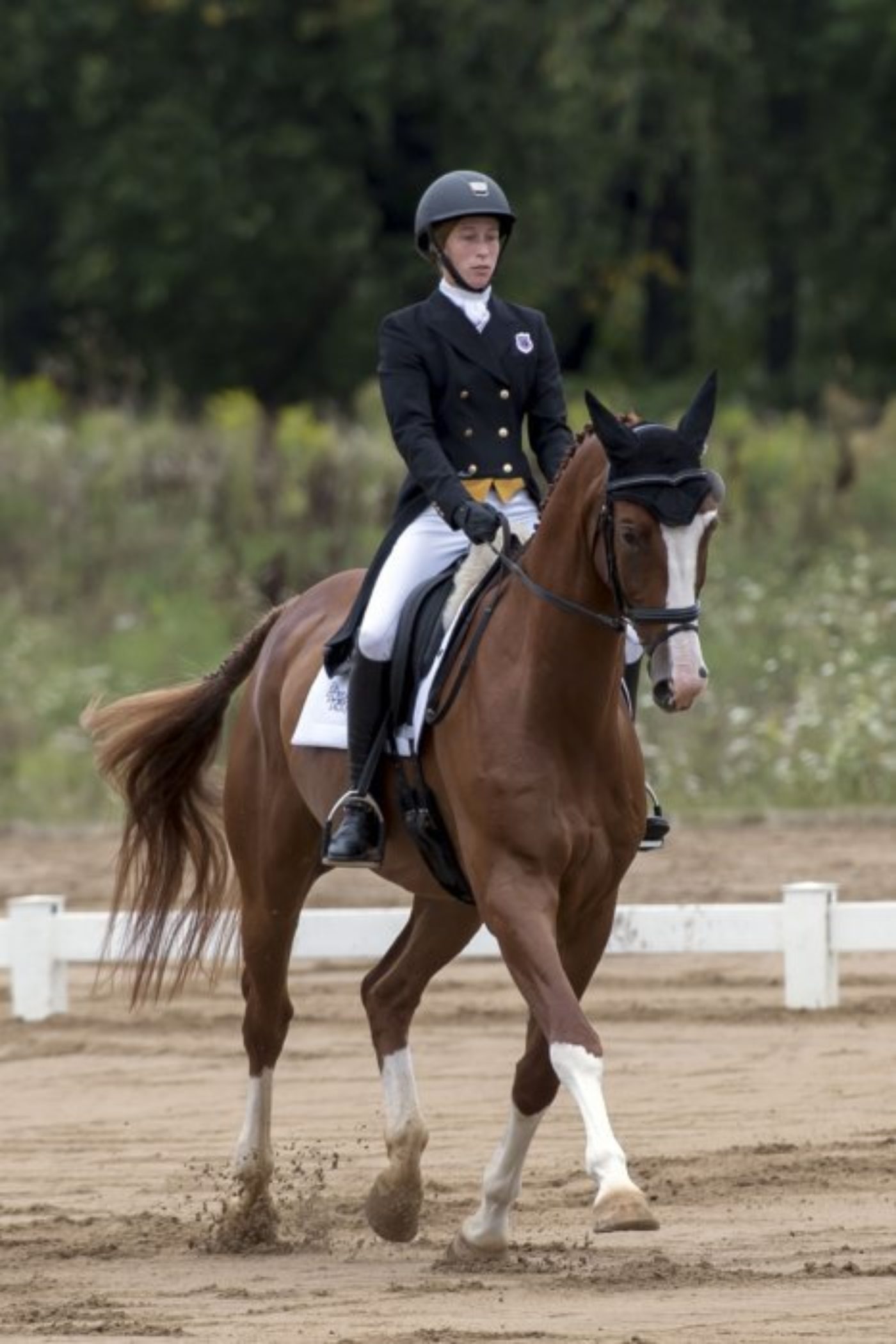 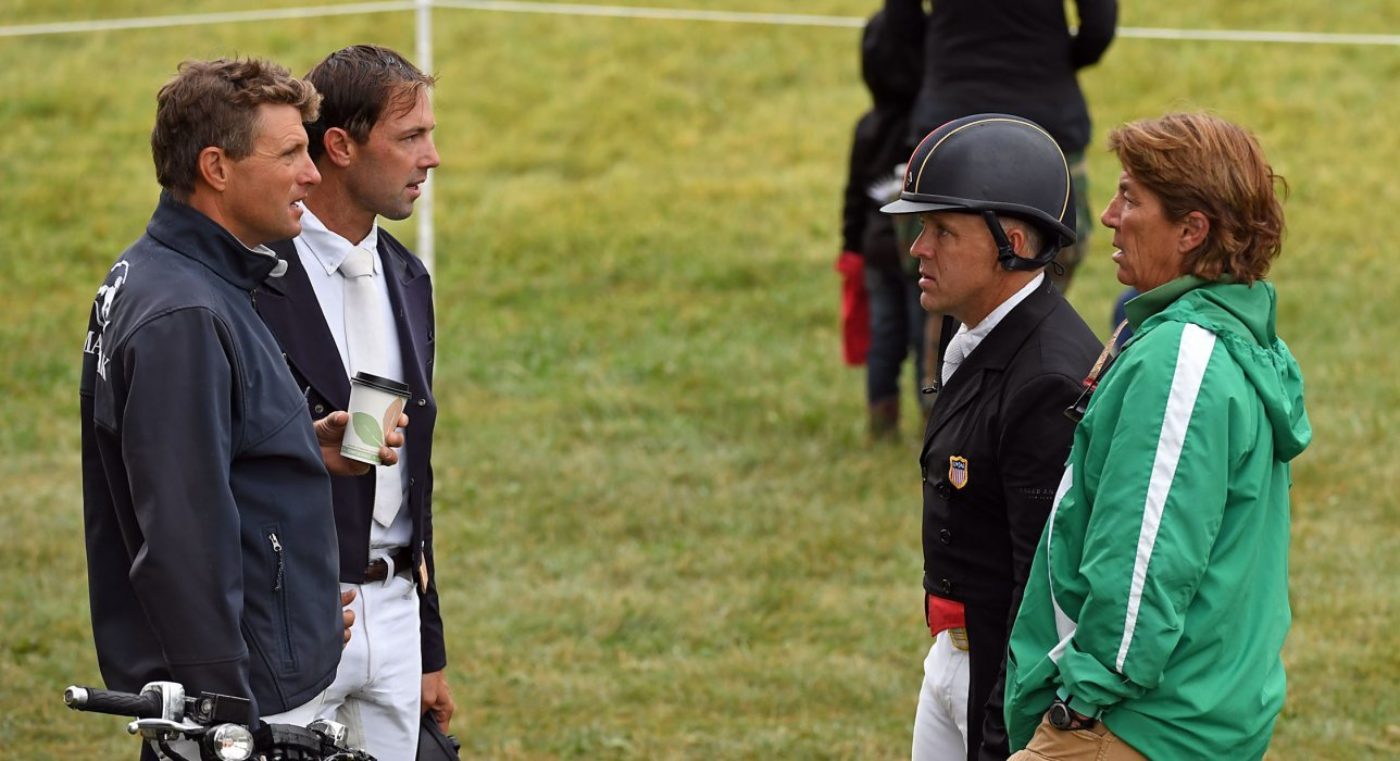