Of the 24 starters in the CIC3*, 23 made it round with only Katie Ruppel and Foreign Affair unfortunately coming apart at 11b, the Hanging Log, to end their round early. There were eight double-clear rounds in the CIC3*. The only other cross-country jumping error in the CIC3* was a frangible pin broken by Erin Pullen and Tag to add 11 points to their score. Colleen Rutledge and her 11-year-old homebred Thoroughbred-Clydesdale-cross gelding Covert Rights (BFF Incognito x Covert Operations) easily maintained their lead in the CIC3* by jumping clear and six seconds under the time to hold on their dressage score of 33.3. “I’m thrilled with him! Having been on the shelf for about a year and doing a little bit here and there — we ran in March and then we ran again in Maryland a month or so ago; he came out of the box, he knew his job and he was absolutely on fire. I had said that I wasn’t necessarily going to chase the time, but he came out of the box and took me to every fence and was on it. He was looking for his fences. He was so totally focused. He is so incredibly efficient; he’s efficient across the ground, he’s efficient in the air and he’s efficient in his turns. That just makes him so much easier. He was delightful to ride. I couldn’t be happier with how well he ran,” Rutledge said.

Watch all the CIC3* riders ride through the water complex thanks to RNS Video.

Katie Ruppel came back after her fall with her first horse to go double clear with her second ride in the CIC3*, this time on Houdini, her own 13-year-old Thoroughbred gelding (Hot Rock x Nancy's Star) with whom she was second after dressage. They finished one second under the time allowed to hold their runner-up position (39.80) going into show jumping tomorrow. The pair in third place after dressage in the CIC3*, Will Coleman and Tight Lines, a 10-year-old French Thoroughbred gelding (Turgeon x Merindole) owned by the The Conair Syndicate, who won the division last year, also jumped clear and within the time today to stay in third with 40.20.

Rutledge and “CR” have a rail in hand going into show jumping, but any more than that will be costly. “At this point it is jumping all of the things,” said Rutledge. “We are still knocking the rust off. I’m hoping that they [both CR in the three-star and her mare UNO in the Advanced] jump clean, but this show jumping [on the grass here at Richland Park] is always historically difficult. For me it’s more of the exercise of doing this, because this is the preparation for Burghley and Badminton when you are jumping on the grass. Very few places do we actually get to jump in this type of venue in this type of situation with the big jumps on grass. Yes, do we stand a better chance of going clean if we were jumping on prepared footing? Absolutely. But, I also want to see where my horse is standing right now and that’s why I am here. All I can hope that I give him the proper ride tomorrow and that he answers the questions properly and that he feels great and he feels like he’s jumping out of his skin and that he’s allergic to paint.”

In the Advanced division, the leaders after dressage, Buck Davidson and Copper Beach, an 11-year-old Irish Sport Horse (by Radolin, out of Cloverballen, owned by Sherrie Martin and Carl Segal,) were the only ones to make time out of the 14 starters. They held their lead by jumping clear with one second to spare. The second and third pairs after dressage swapped places after cross-country when both jumped clear, but Cornelia Dorr went faster on her gelding 12-year-old Rheinland Pfalz-Saar gelding, Louis M (Lissabon x Angelique M) finishing only one second over in their Advanced level debut while Boyd Martin and Long Island T, an 11-year-old Oldenburg/Thoroughbred gelding (Ludwig Von Bayern x Haupstsbuch Highlight) came in 27 seconds over the time. There is less than a rail between Davidson and Copper Beach (28.20) and Dorr and Louis M (30.80), so tomorrow’s show jumping will be exciting.

There were only two Advanced Division riders who encountered problems adding to their cross-country jumping scores. Canada’s Waylon Roberts had a stop with Lancaster, but they finished the course well and were only over the time by 28 seconds, and Laura Welsh retired on course with Galactic.

“Copper Beach is fairly experienced now. I thought it was a nice course and it had a lot of flow. I had to be a little bit careful to not be too over confident with him because I think probably it wasn’t the most difficult course. But, there were a couple of things where you had to make sure you were paying attention to. He was good today and very, very focused; he did it very, very easily. I think that they said I was one second under,” said Davidson.

Cornelia Dorr and Louis M are less than a rail from the win in the Advanced. Allen MacMillan/MacMillan Photography.

Cross-Country Course Comments from the Leaders

Rutledge had a busy day riding not only Covert Rights in the CIC3*, but also her mare UNO in the Advanced and her young stallion Confidence Game in the CIC2*. “The funniest thing is I always have concerns about every single fence, because if I’m not concerned about a fence, then I don’t respect for it. And, if I don’t respect it, then that’s where I open myself up to doing something stupid. It was an amazing course. I had a blast on it! It had some incredibly good questions,” said Rutledge about the CIC3* track. “Knowing it was an Ian [Stark] course and knowing that Ian’s general answer is ‘forward is the answer.’ It was easy to figure out the puzzle when you know ‘when in doubt, go on.’ Especially the new loop was a blast. That was fantastic. I think it is an amazing addition to the course. It has so much more terrain and Ian used it. He is a master at using the terrain to add to the questions.”

“For me the mark of a good course is that when you have a horse that finishes the course and knows more about themselves by the end. Even if there have been mistakes there has always got to be some form of learning. Every one of my horses today came across the finish line smarter, stronger and better. And that’s why I had a good day and that’s why I come to Richland Park,” she added.

Davidson, who besides Copper Beach in the Advanced, is also riding two horses in the CIC3* (Park Trader and Carlevo) and Erroll Gobey in the CIC2*, commented that overall he thought the courses walked as he rode them. He watched a few go around the course and noticed that horses were looking at the coffin combination in the woods a lot more than he thought they would. He also said that the hanging brush (9b) in the new part of the course was disproportionately large compared to other jumps on the course. “There were things to pay attention to. The waters you had to pay attention to. Obviously, the table to the ditch and brush to the skinny was another; that skinny was either really close or really far away however you wanted to look at it, so you needed to be sharp there. The corner coming up out of the turn was quite good. The coffin was a good coffin . . . the bounce into the last water. So, you needed to stay on top of your game, but I thought it was nice. I loved how we had so much more time between jumps. I think one thing we need to work on in this country is just galloping fences out of stride. So, we had a lot of those; there weren’t a lot of combinations,” said Davidson.

“So many of the lesser-experienced course designers now are putting in lots of combinations and trying to mess with the striding, and they are ruining the horse’s confidence and the rider’s confidence,” continued Davidson. “I think that certainly wasn’t the most difficult course I’ve ever ridden, but I think it had a lot of the stuff that we need to practice, I think Ian hit that on the head. Having that big loop on the back and actually being able to gallop instead of feeling like you were pulling them around was a huge improvement for here. Because, I felt like before it was a little bit of a motor-bike track. Now, you feel like you actually going out and going someplace. That’s a good thing for Copper Beach because he always knows where home is and is always trying to run around towards home.”

The 2018 Adequan USEA Gold Cup Series features 11 qualifying competitions throughout the United States at the Advanced horse trials and CIC3* levels. The qualifying period begins August 2017 and continues through August 2018 with the final taking place at the 2018 USEA American Eventing Championships at the Colorado Horse Park in Parker, Colorado. Riders who complete a qualifier earn the chance to vie for $40,000 in prize money and thousands of dollars in prizes and the title of Adequan USEA Gold Cup Champion in the Adequan Advanced Division. 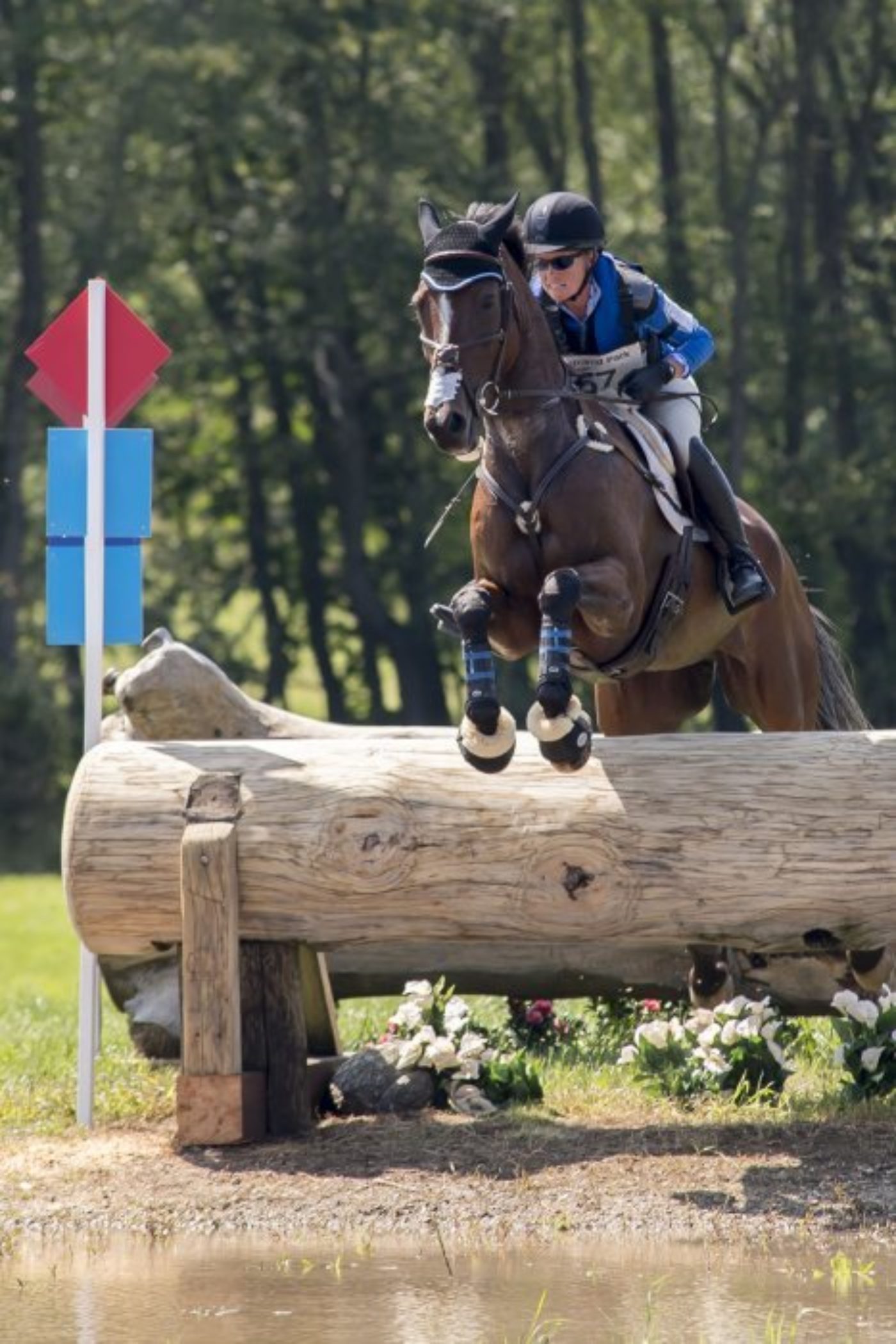 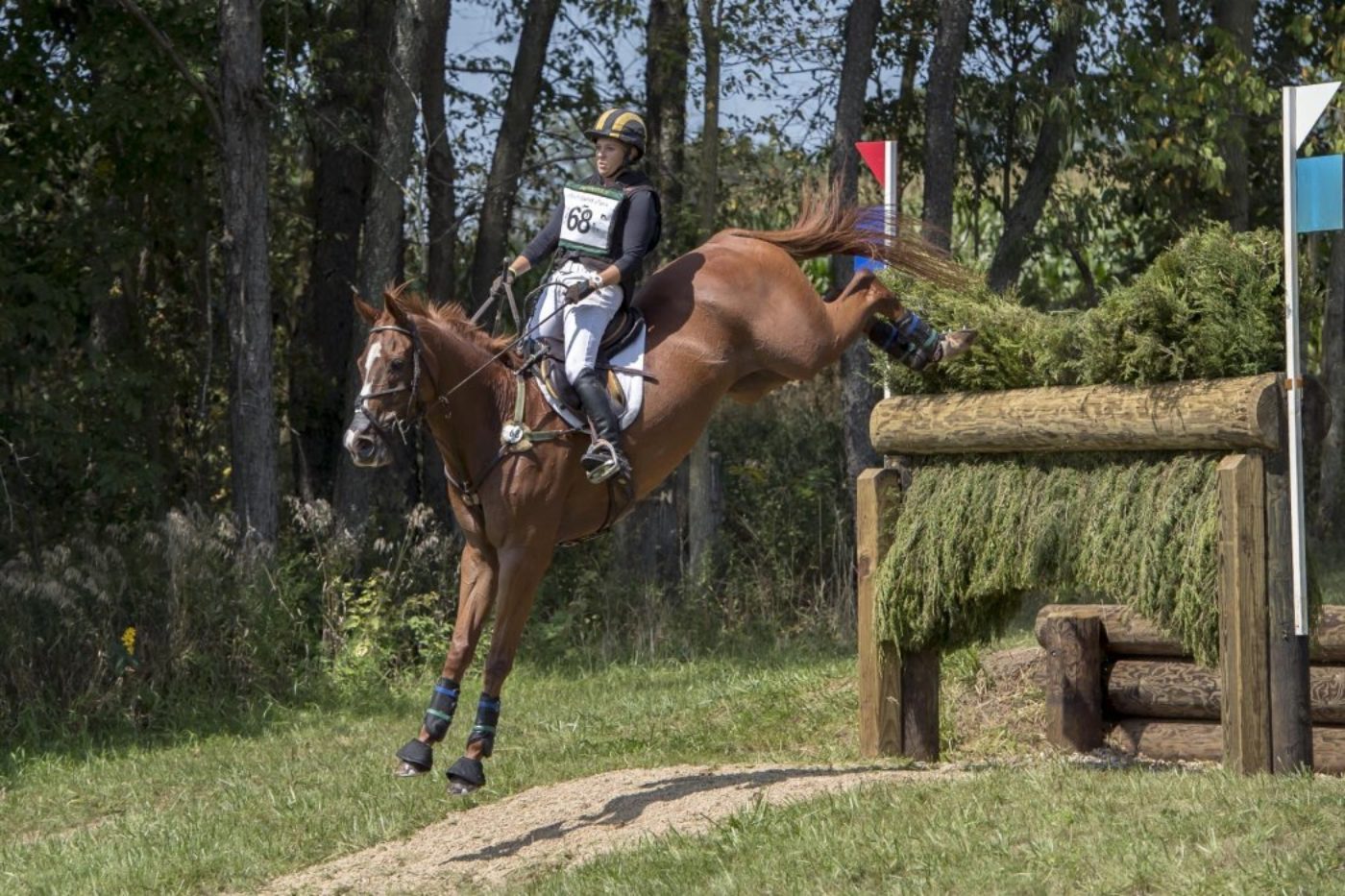 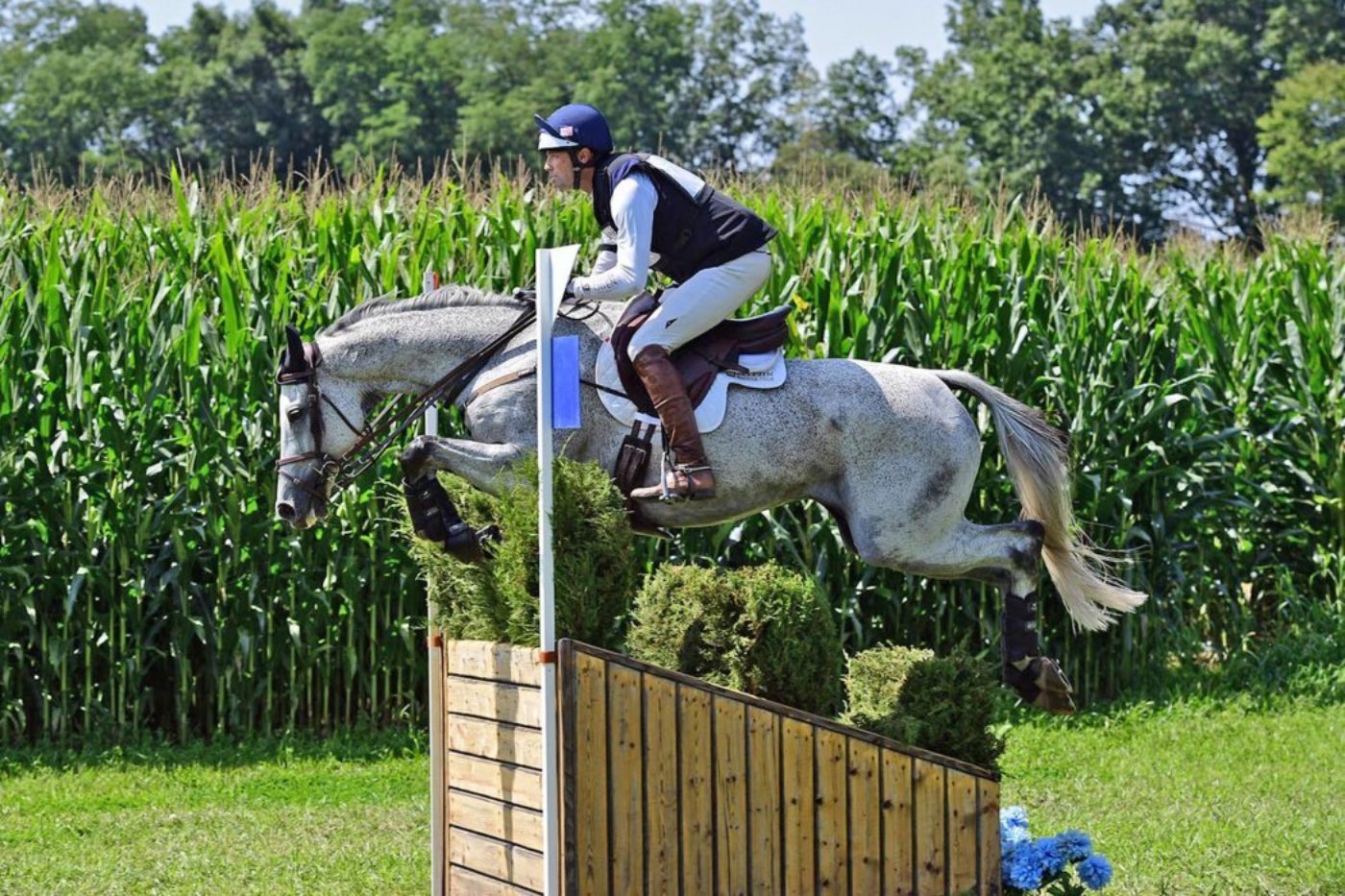 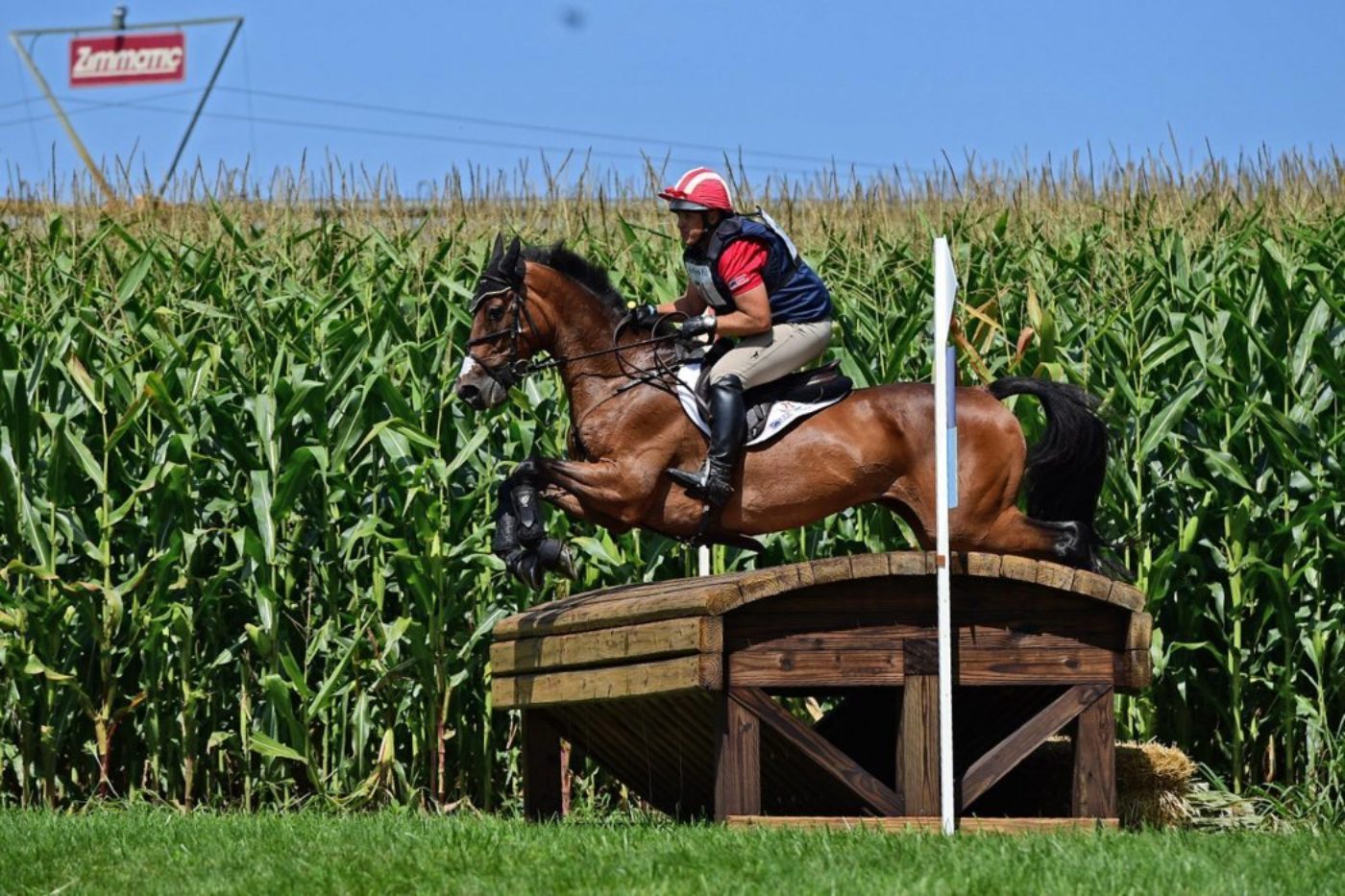 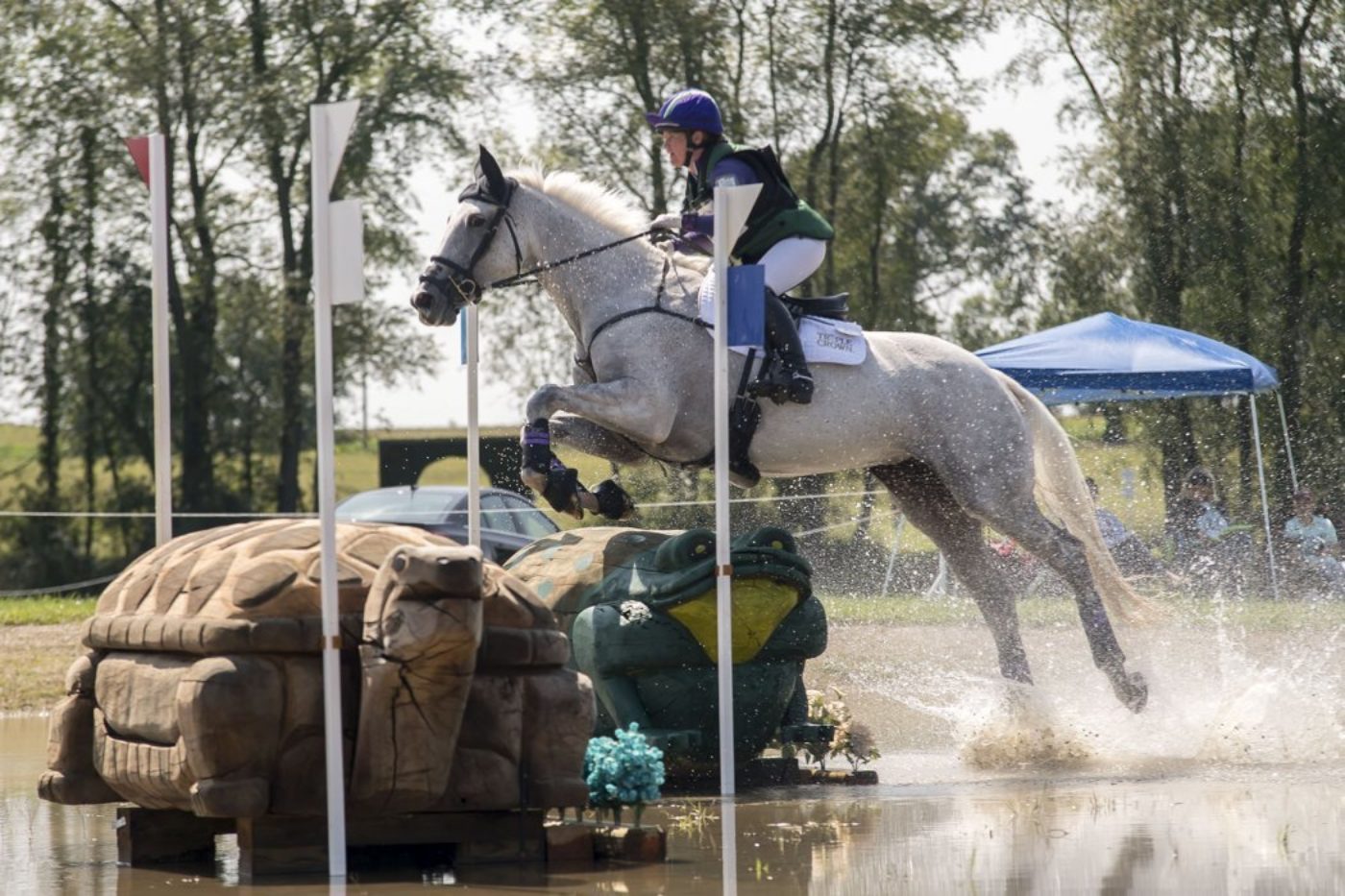 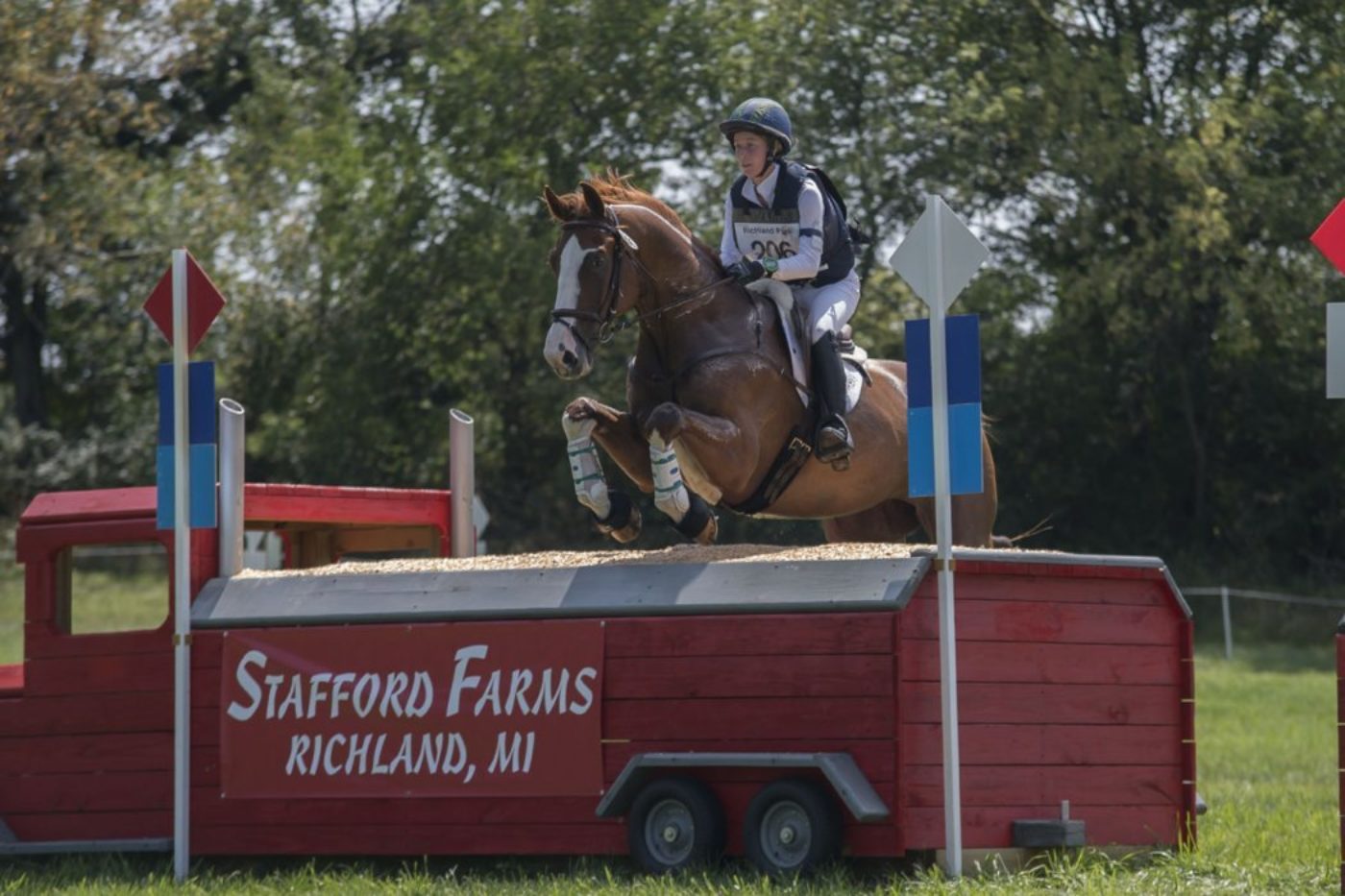 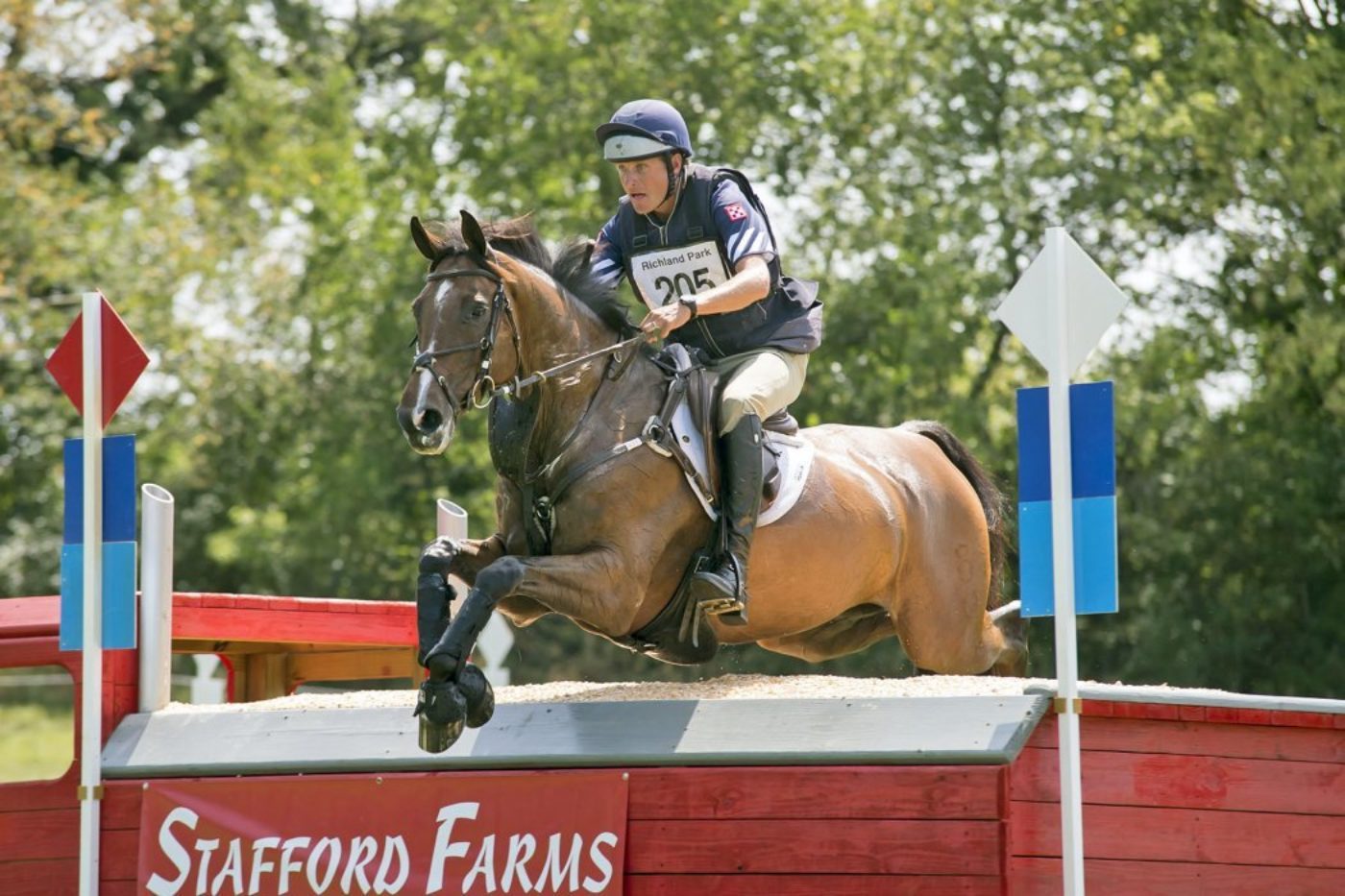 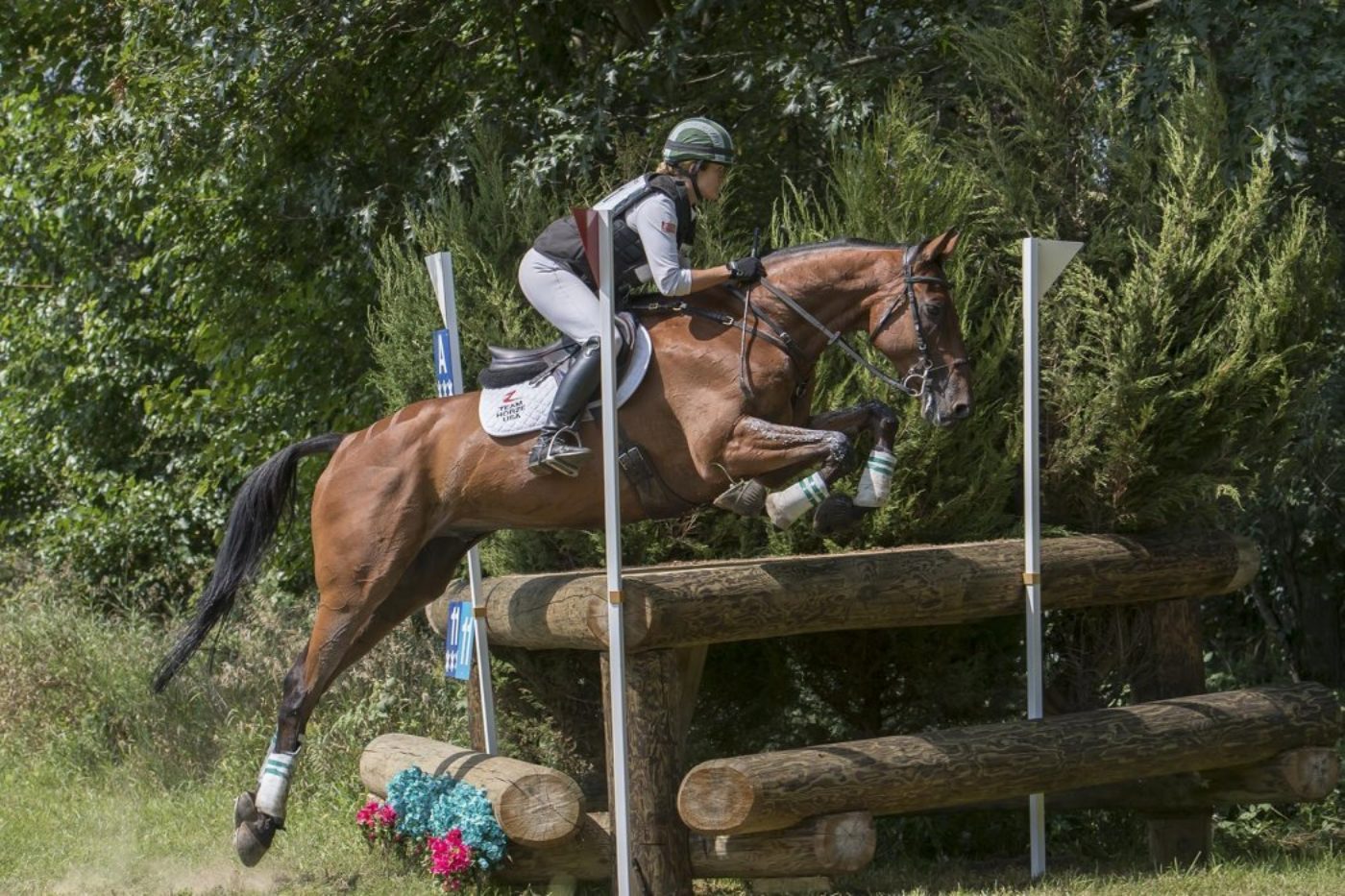