2020 has been a rollercoaster of the year and unfortunately, it didn’t stop with The Dutta Corp. USEA Young Event Horse 5-year-old Championships as the jumping/gallop portion of the competition had to be halted today after the first 25 horses due to deteriorating footing and challenging weather conditions. The Virginia Horse Center staff went above and beyond moving jumps, adding footing, and removing obstacles when necessary, but it wasn’t safe to continue the competition for the remaining 27 horses. After speaking with the riders, Judges Debbie Adams and Peter Gray in consultation with the organizing committee, have moved the remainder of the competition to Sunday. Thursday's class and Sunday’s class will be pinned as separate divisions.

After the organizing decisions were made it was the overnight dressage/conformation leader Redfield King who emerged as the victor in today’s class with a remarkable score of 93.52 which included perfect marks for both the cross-country and general impression.

The KWPN gelding (Connect x Cha Cha Cha Special) is owned by the HX Redfield King Especiale Syndicate and ridden by Caroline Martin. Martin also won yesterday’s 4-year-old class with Redfield HSH Conner, who she said is related to “King” through Connect, making it a winning few days for her!

“[King] is so easy going – he is a gentle giant,” explained Martin. “He is almost 18 hands. Just massive, but so easy to do deal with. I got really lucky. I trotted across the street, cantered up and down the hill, jumped three jumps, and went in. I had to wait while they moved some jumps around and they asked me if I wanted to go back to warm-up to jump some more, and I said absolutely not. This horse is so brave and if I had jumped anymore he would be too nonchalant. The mud and all that – he could care less. He is such a class horse and it is too easy for him.”

King was bred in the Netherlands by Paul Hendrix who is business partners with Martin’s business partner Emil Spadone of Redfield Farm. Last year Martin flew over to the Netherlands to visit Hendrix and she explained, “[Hendrix] said, ‘Caroline I have the perfect horse.’ I was like ‘we will see,” and I get there and he throws me right up on him and he was 100 percent right. He is so special. He was recently broke because he was so big they left him out in the field for awhile and he had only jumped a handful of times, but the horse is just incredible.”

Martin has developed an expansive buying and selling business alongside Spadone and Hendrix, but King is different and Martin has been able to syndicate him in order to keep the ride and she has big hopes for his future. “I would love to take him next year to the 6-year-olds at Le Lion, we will see what happens with COVID and all of that, but the horse went Training/Preliminary at his last show. The horse can go Preliminary/Intermediate next year. He is so brave. Such a great jumper. The gallop is unreal and the flatwork is too. I would like to get as much experience on the big international stage for him as I can because he finds everything so easy so I would rather not run him a lot, but just do one big show a year,” concluded Martin.

While Redfield King’s score was impressive, the reserve champion Kismet wasn’t too far behind on an 89.13 and a super 9.6 on general impression. Kismet, Nina Gardner’s homebred gelding (National Anthem x Ularinka), is very special to Brannigan since she rode his dam Ularinka.

“[Ularinka] was a favorite at Phillip [Dutton]’s barn and I rode her when I worked for him,” said Brannigan. “She passed away this year, so it makes it extra special. He is the second one I have had out of her – the other one was lovely as well. He is by the Gardner’s stallion National Anthem and I obviously compete a lot of horses by him.”

Kismet was well-prepared for today’s endless rain and wet footing by Brannigan’s home in hunt country. “I was pretty proud of him on cross-country. I thought he was brave and super. I live in hunt country and we have been doing these rides where we go ride through the creeks and jump all the hunt jumps and just get them going out doing more natural cross-country leading into this and I think it really helped actually especially in the conditions today.”

Full scores from today’s competition can be found here. 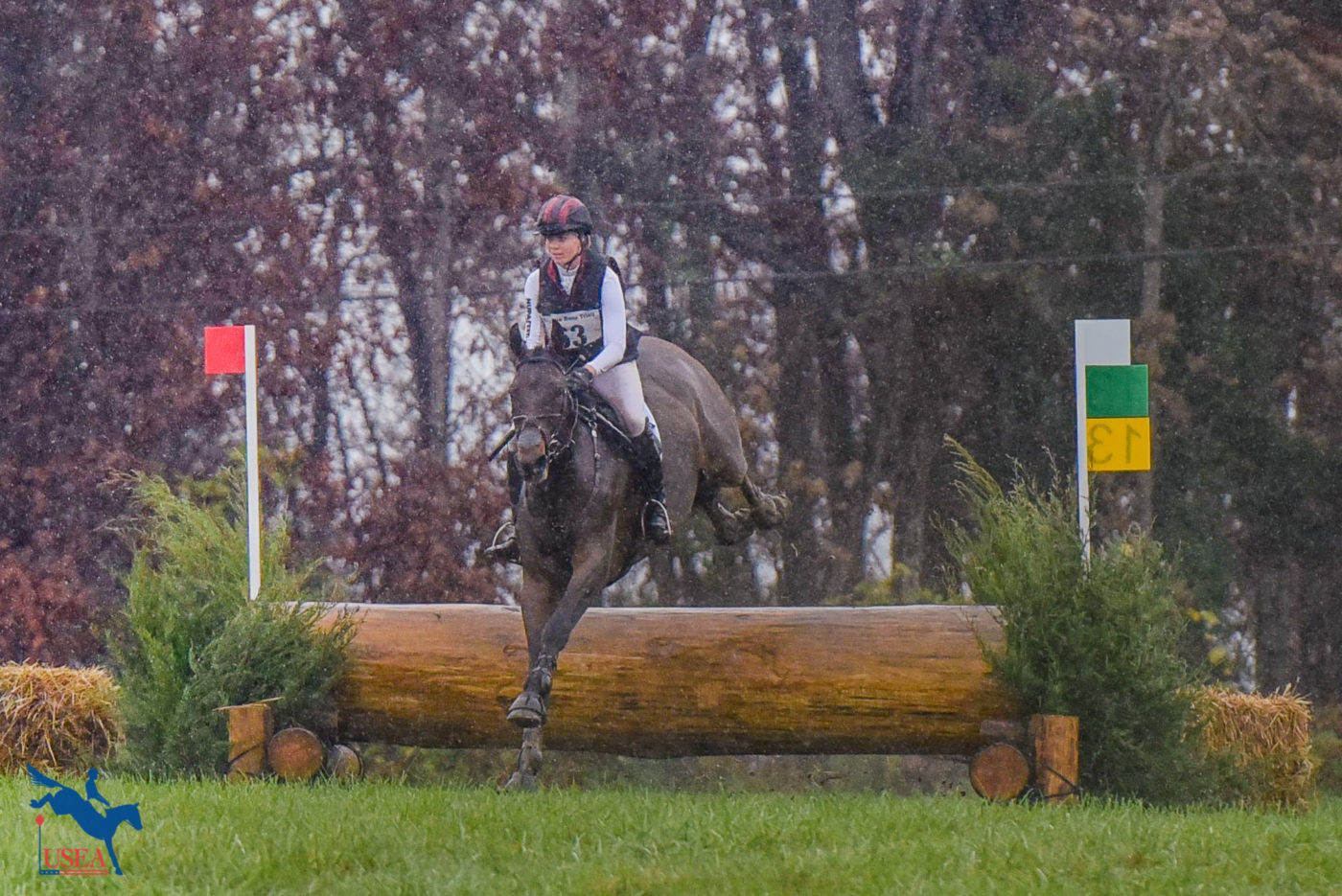 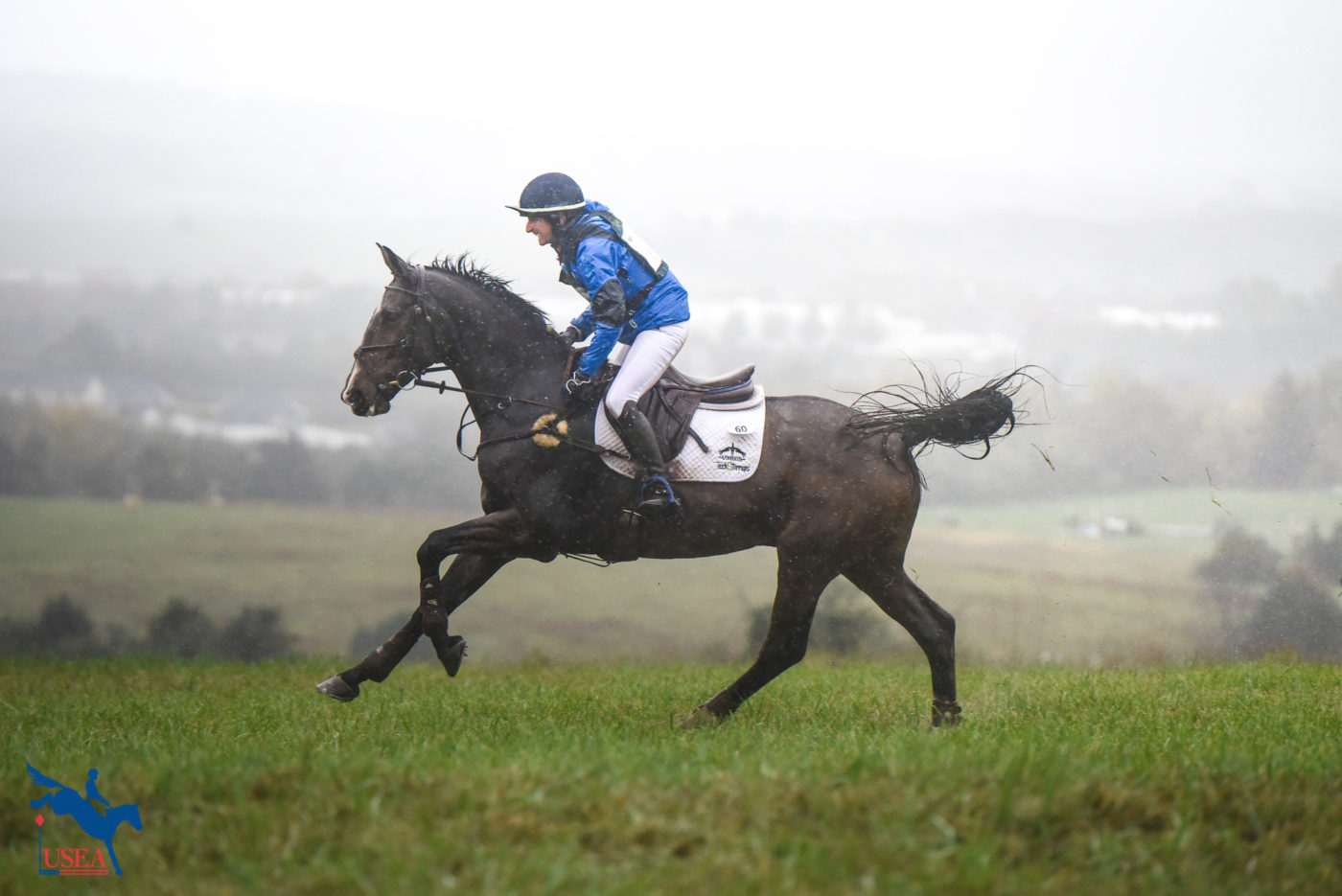 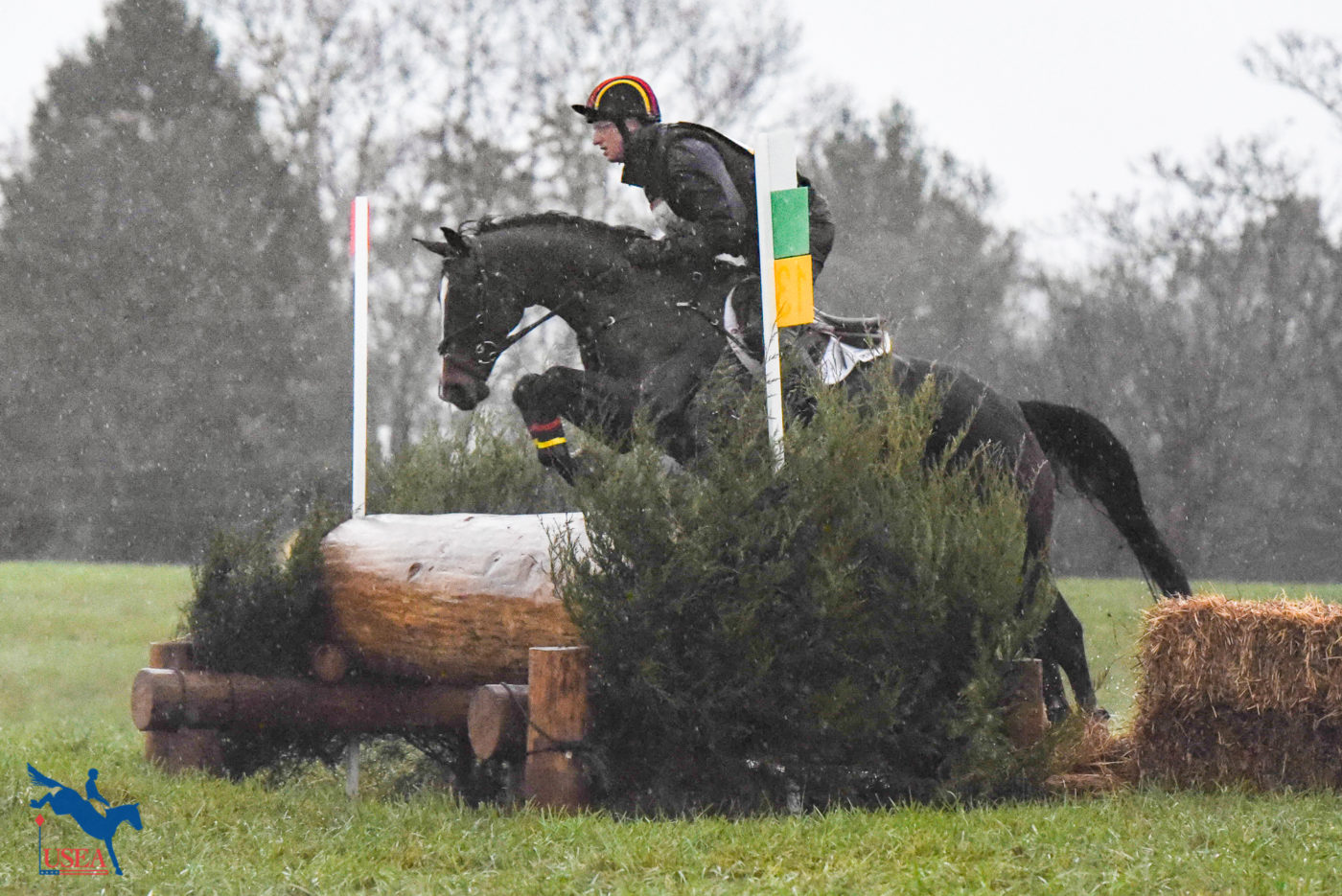 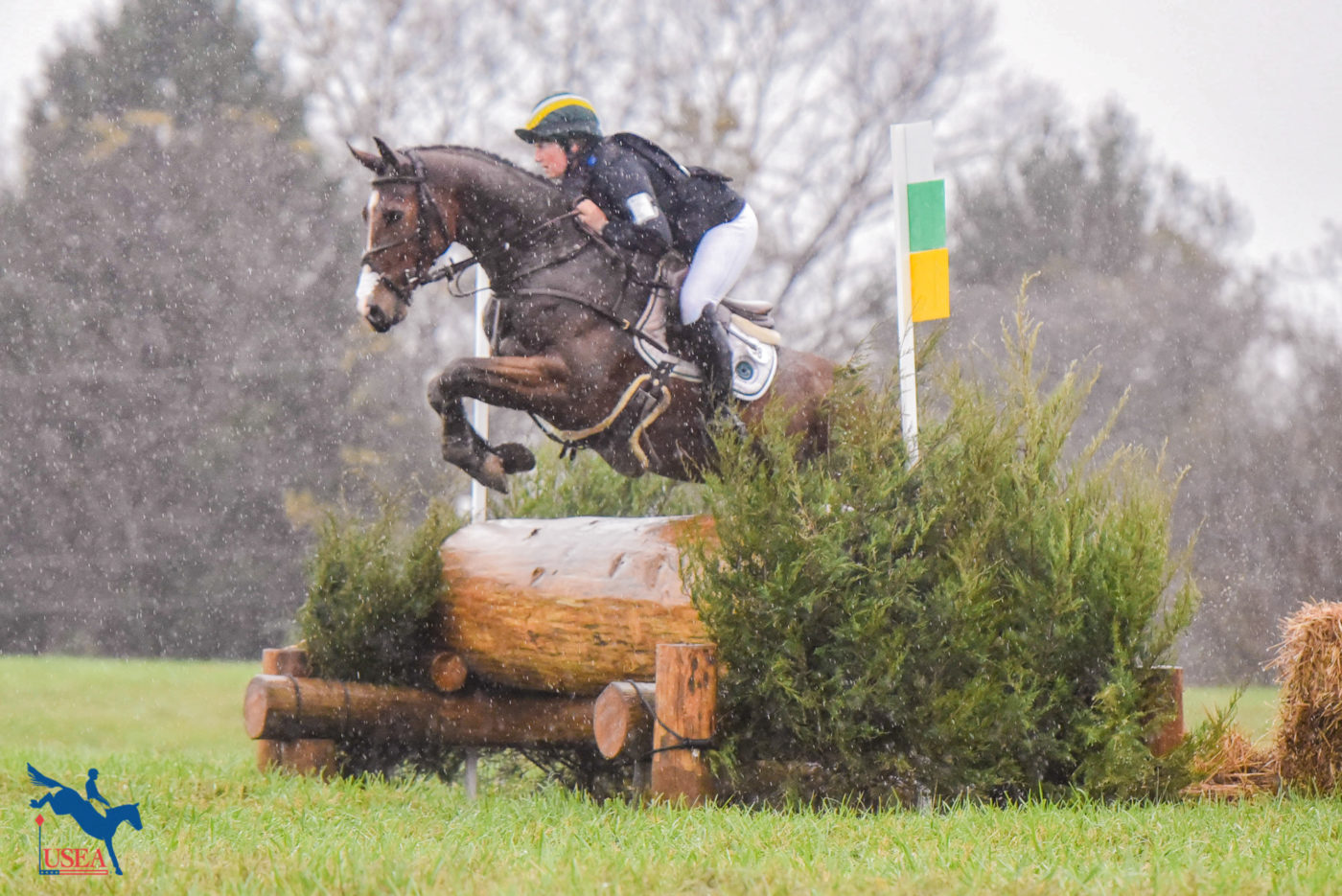 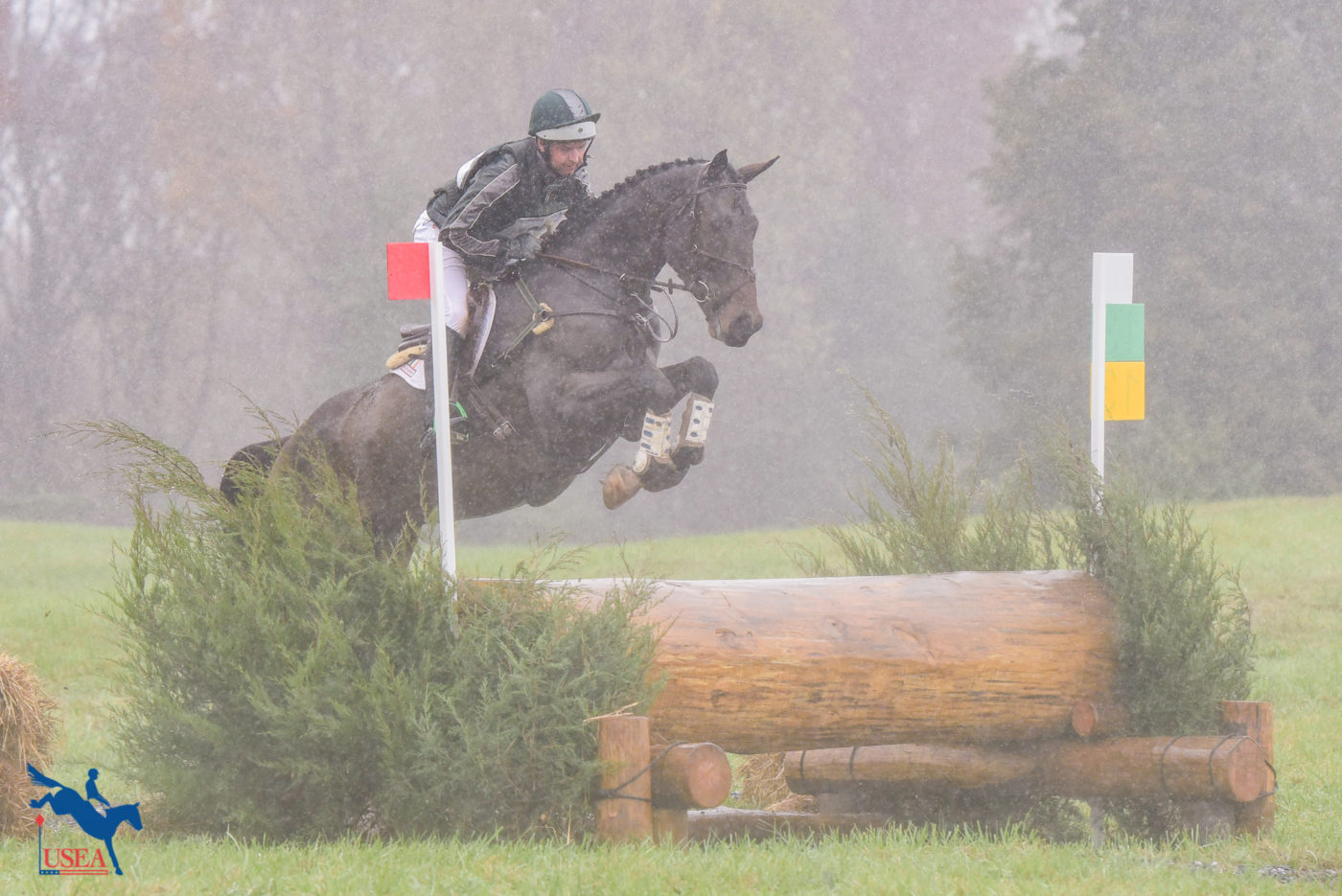 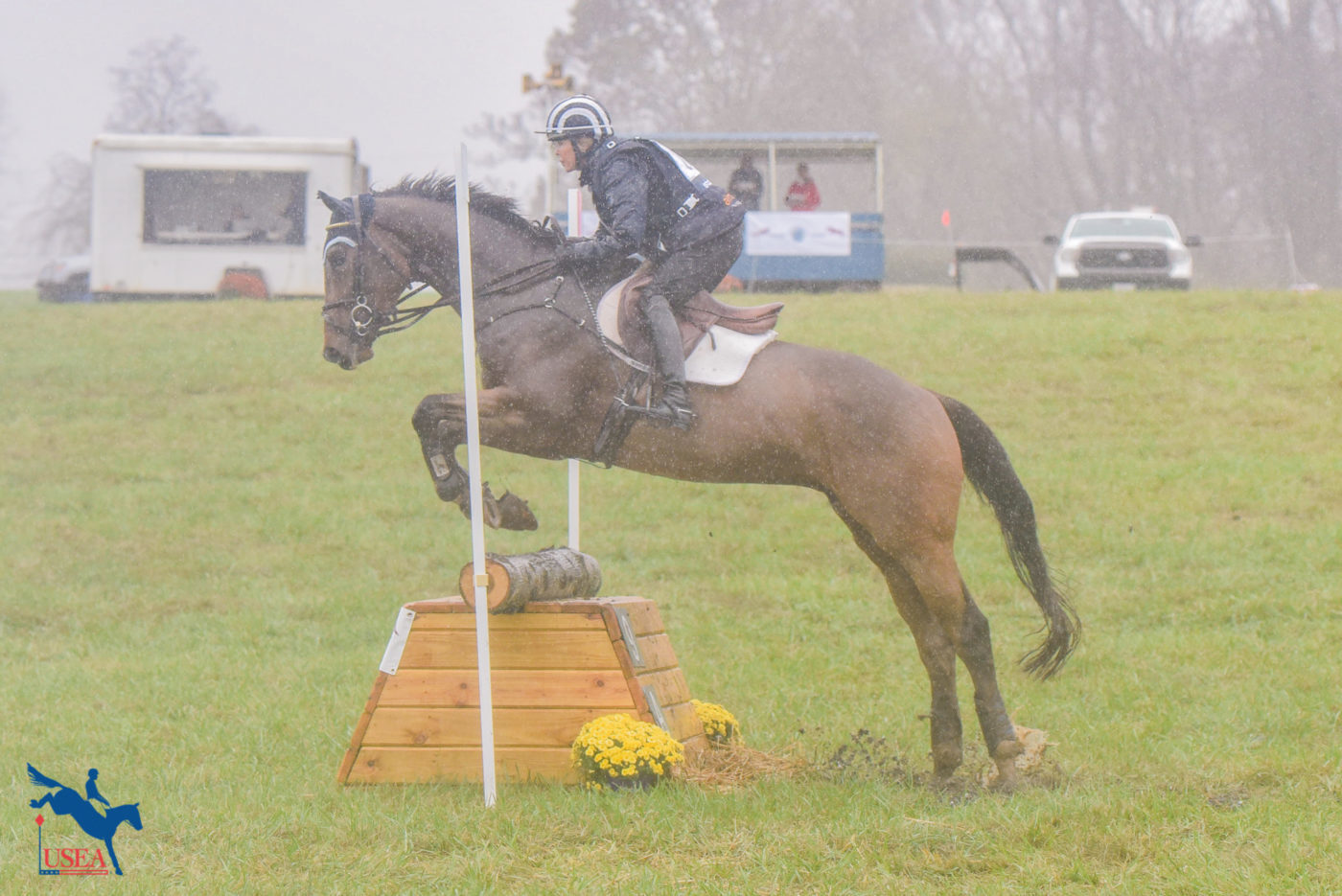 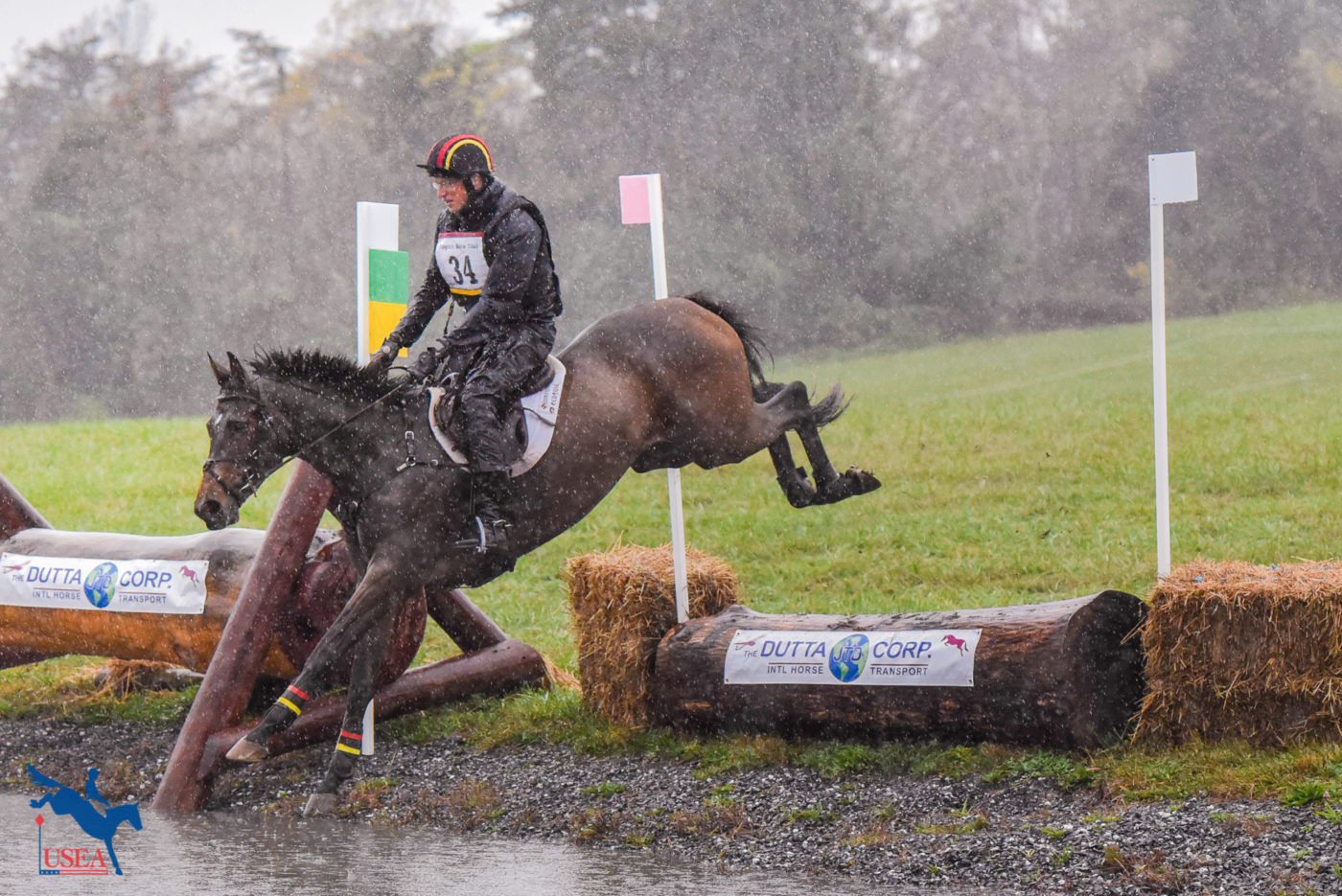 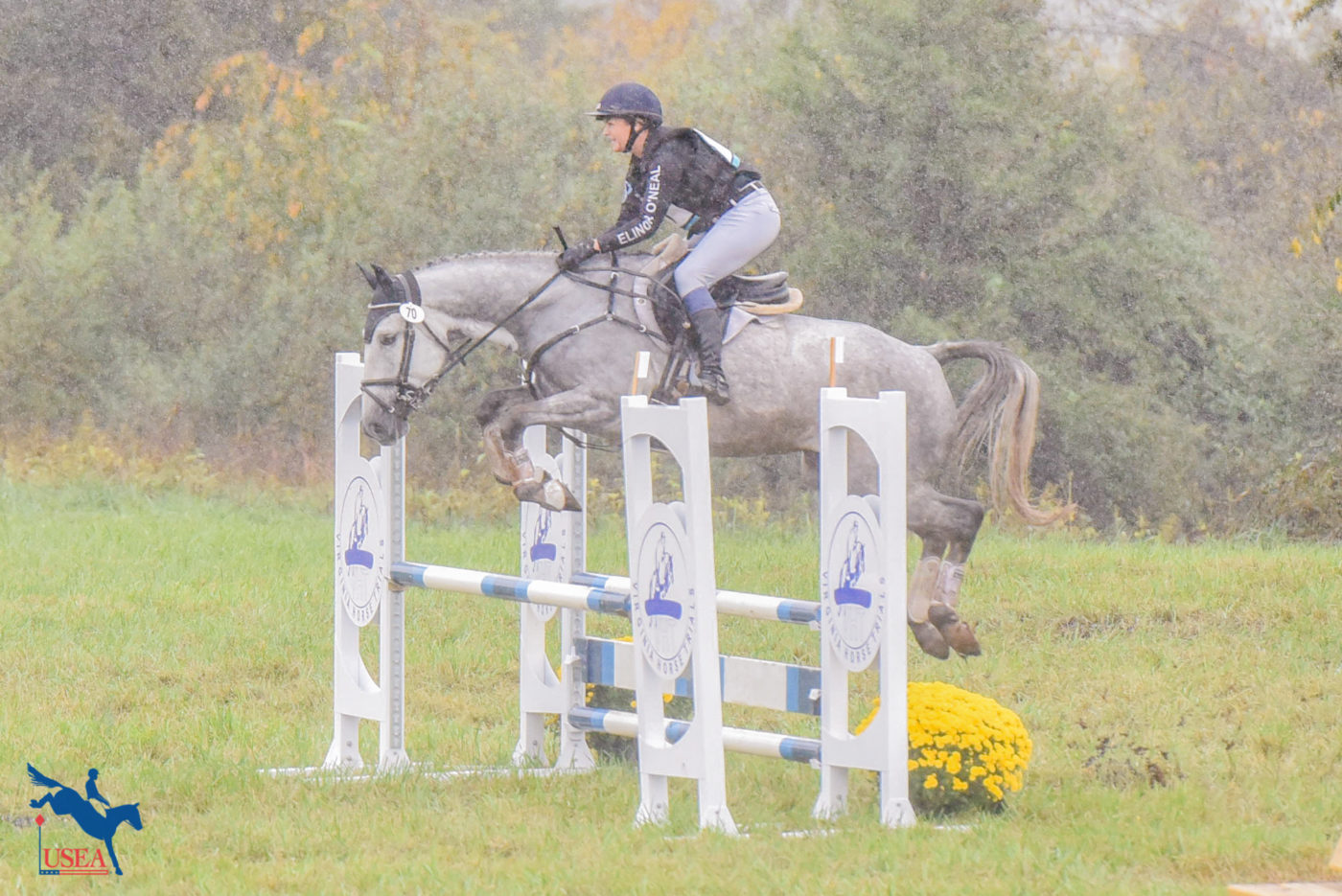 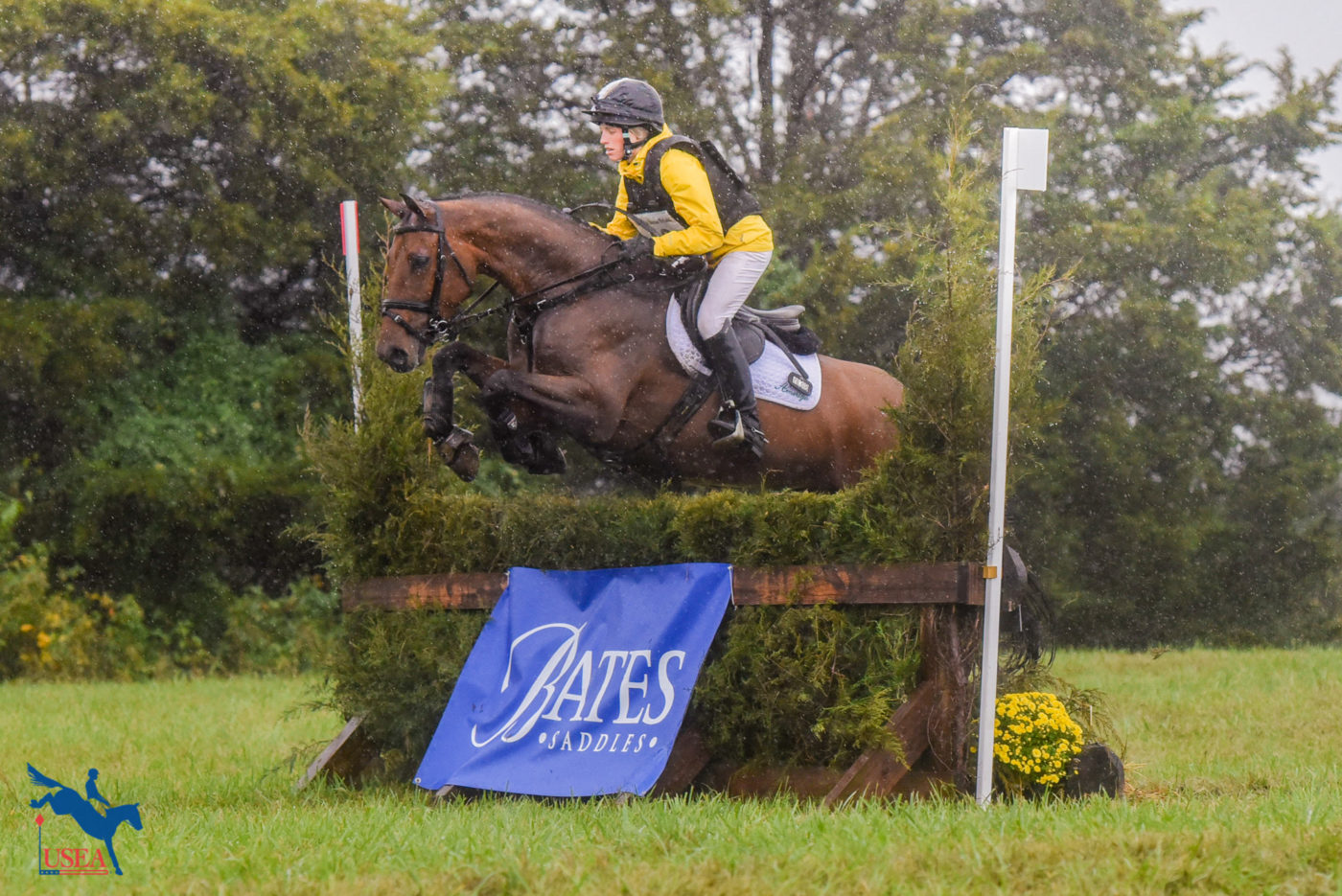 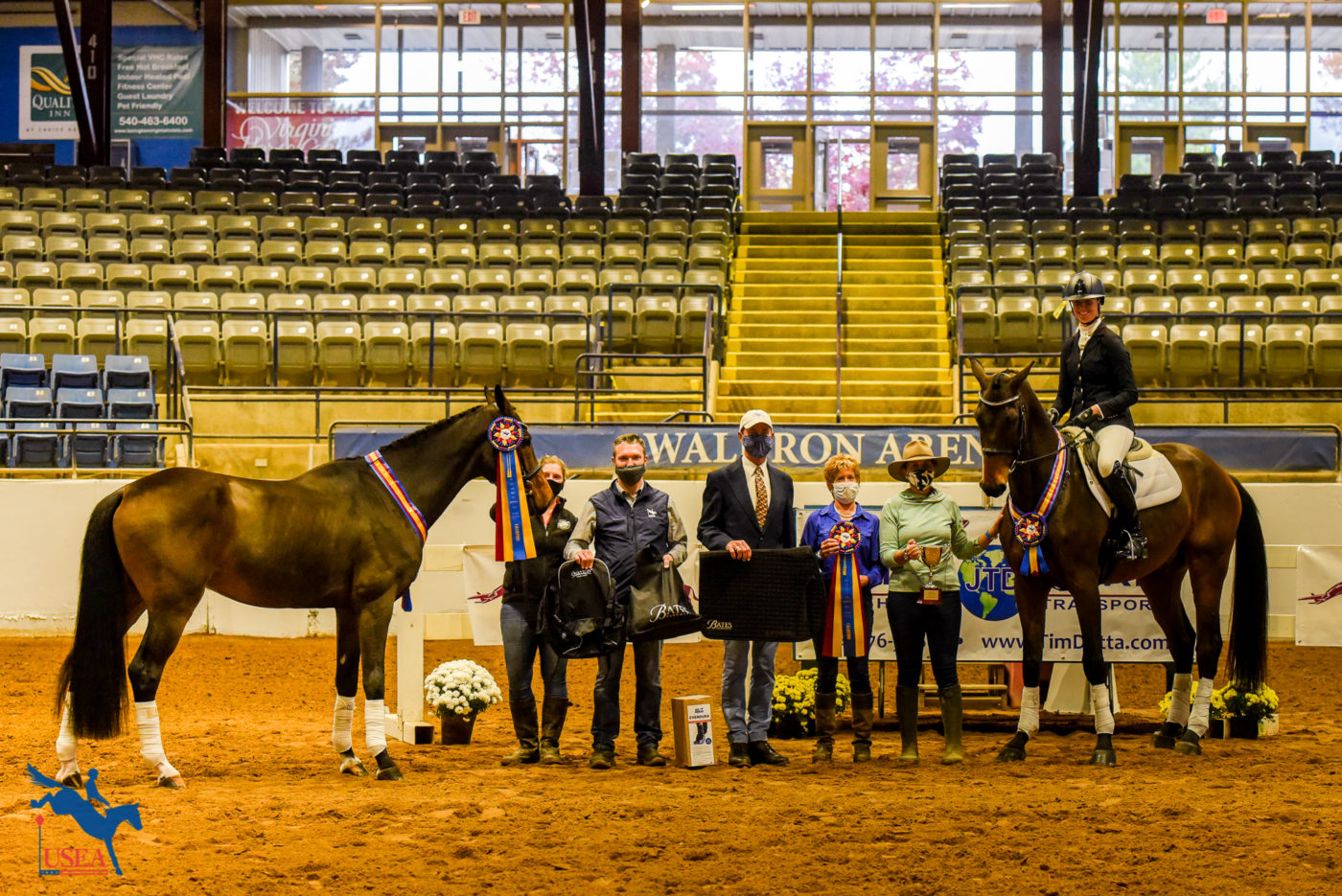 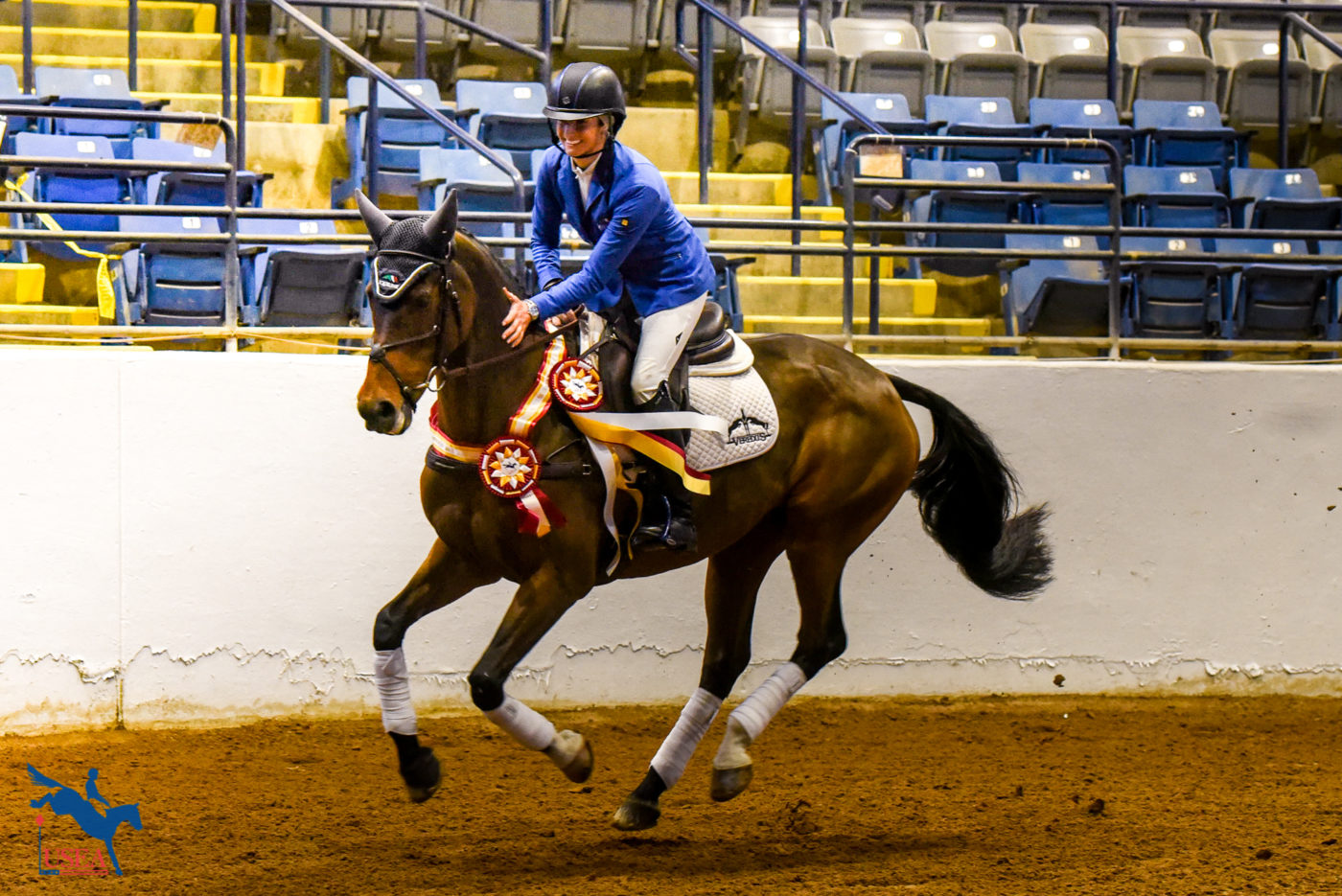 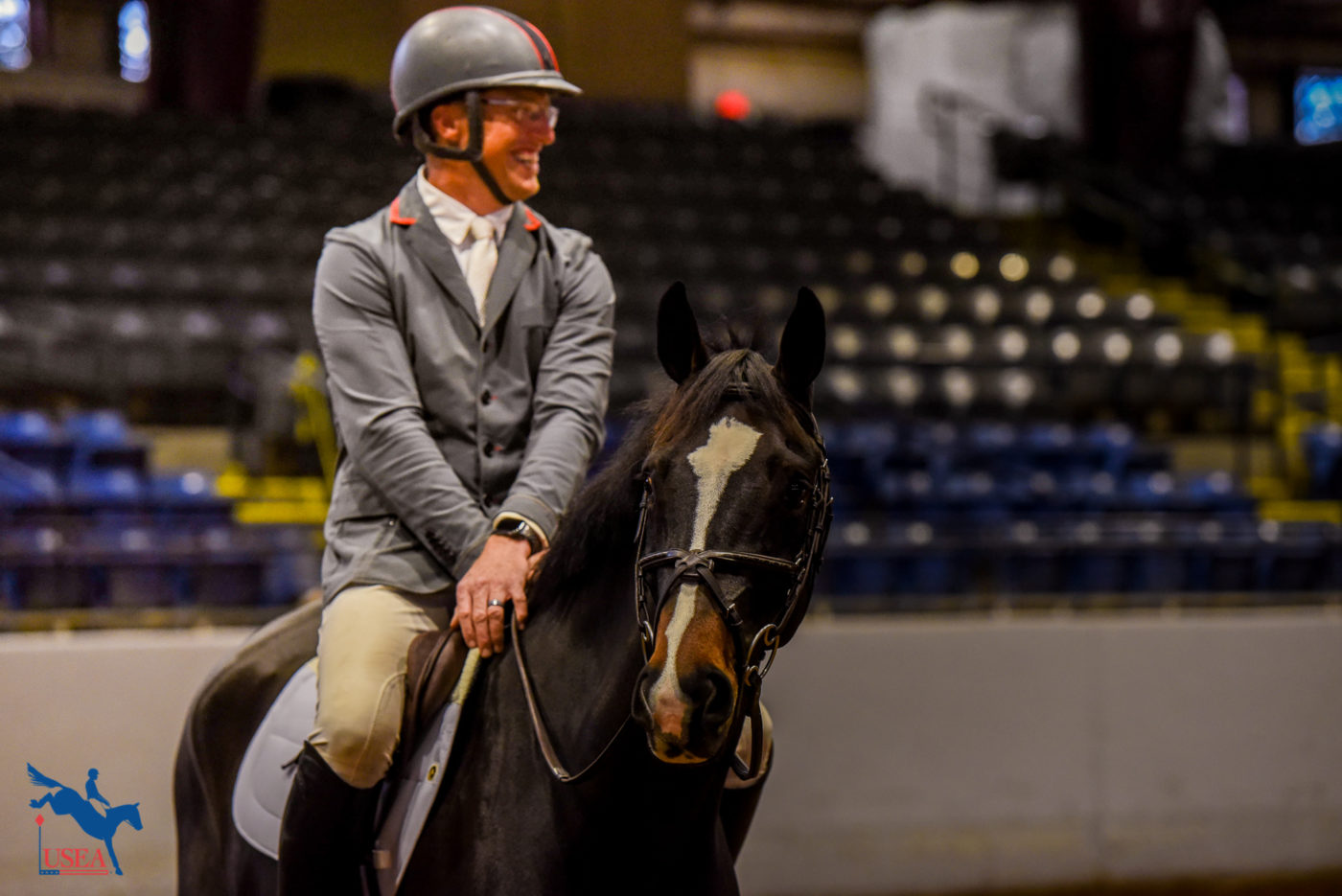 In a bittersweet moment, USEA President Max Corcoran called to order her last USEA Board of Governors (BOG) meeting on Thursday, December 8th at the USEA Annual Meeting & Convention. The BOG will meet one final time during this week’s gathering on Sunday, December 11 led by incoming USEA President Lou Leslie