The second day of competition in the United States Eventing Association (USEA) Young Event Horse (YEH) East Coast Championships at The Dutta Corp. Fair Hill International Three-Day Event in Elkton, Maryland was jam-packed with talented young horses demonstrating their skills over fences and showing off their gallop for YEH Judges Sally Ike (USA) and Lucinda Green (GBR). After a full day of competition, the USEA YEH East Coast 4- and 5-year-old Champions were crowned.

In the USEA YEH East Coast 5-year-old Championship, MB MaiStein and Tamra Smith moved up the leaderboard to the top spot after scoring 64.33 points in the jumping phase, the highest combined jumping score of the day. Added to their overnight score of 23.96, Smith and the MB Group LLC’s Oldenburg gelding by Rocky Lee finished on a final score of 88.29 as the new USEA YEH East Coast 5-year-old Champions.

MB MaiStein made the trek from California with several other horses in Smith’s string to compete on the East Coast this fall. While Smith had entered MaiStein in the Championships, she didn’t expect to win. “I’m really excited that he was a West Coast horse and he came to the East Coast and won. I wasn’t expecting it and I’m just really proud of him and really thrilled that he won.”

“He’s a big, rangy horse and it’s been slow to produce him,” she elaborated. “He was just super [today], he was really brave and answered everything. He’s just got such a tremendous gallop that everything just came out of stride and I was very pleased with him. He’s a very rideable horse and I couldn’t have asked him to be better.”

“I think I’ve had a young event horse entered in the Championships since it started and I just think it’s super important to support the program,” Smith said. “The horses get the exposure without being put under a tremendous amount of pressure. I feel like the courses have always been really fair and it’s interesting to get the judge’s point of view.”

Quality Obsession, Timothy Bourke’s Dutch Warmblood mare by Zambesi, scored a 24.19 yesterday in the dressage and conformation phases and was leading the division overnight. After scoring a 63.83 in today’s jumping phase, just a fraction of a point less than MB MaiStein and Smith, they slipped into the Reserve Champion position on a final score of 88.02.

“She was way more rideable today than I thought she was going to be,” Bourke shared. “I was very proud of her. We went out with a plan and we stuck to it. She was brave and simple about it all. The rideability isn’t quite there, she’s a bit greener . . . but I definitely think a good horse for the future and I’m excited to see where she goes.”

Bourke explained that “Petal” has been traveling to events with his other horses all year to give her more exposure to a show atmosphere without the pressure of competition. “I think with a big, rangy, quality horse like that it’s important to take your time and produce them right,” he said. “You could blow their brains pretty quick. She’s been a lot of places for one who hasn’t competed a whole lot.”

Petal is for sale, and Bourke said that the Young Event Horse Championships have been a good way to boost her resume. “This competition is a great place to show off your young horses and hopefully get rewarded for it at the end of the day.”

Things to Ponder (Due Date x The Things You Do), a Thoroughbred gelding bred by Elaine Carroll and Lora Pitre, was sitting in 10th place on a two-phase score of 26.0 overnight with owner/rider Sallie Johnson. However, their overall jumping score of 61.3 catapulted them up the leaderboard to finish out the Championship in third place.

Johnson got “Ponder” off the track as a 2-year-old and owned him jointly with his breeders until she bought them out earlier this year. “[Elaine] has told me from the day that he was born that he was special and really thought he could be my first top horse," said Johnson. "It was a little rocky at first, to be honest. He’s always been really talented and stepped up to the plate but he was a little wary on cross-country. I used to have to canter into the warmup ring because if he saw anything he’d run back to the trailer. But the he turned five and totally came together and grew up and he’s been a dream this whole year.”

Johnson brought Ponder along when she competed at the USEA Intercollegiate Championship earlier this year for Auburn University, entering him in the YEH Qualifier. When he received a qualifying score at just that one event, her trainer Julie Richards encouraged her to take him to the Championships. “I mentioned it to my trainer as a joke and she said, ‘You definitely need to go to Fair Hill, you need to take him,’ and here we are!”

R River Star, (Riverman x R Star), Courtney Cooper’s Irish Sport Horse/Dutch Warmblood gelding bred by herself and Neal Camens, held onto the overnight lead after scoring 58.49 in the jumping phase to finish as the USEA YEH East Coast 4-year-old Champion on a final score of 83.24.

R River Star is a product of Cooper’s small breeding program at C Square Farm, the same program that produced her four-star horse, Who’s A Star. “[River’s] mother, R Star, was also in my breeding program and went up through the Intermediate level before being sold out in California,” Cooper said. “She was a super temperament, really good head on her shoulders mare, so I decided I would breed to Riverman. We got the resulting foal, River, and he’s lovely.”

“He was light on his feet, he was thoughtful, he looked for the jumps,” Cooper described of her ride aboard River today in the Championships. “He’s a really good jumper and we’re glad to have him. He’s really gotten down to business in this last part of his 4-year-old year and he’s come along and done well.”

“It’s always really special to have one come along that you’ve bred,” she continued. “I’ve often been told that breeding is a fool’s errand and we’ve bred a lot of horses and most of them have gotten up through the Preliminary level but to have one that continues on is always the goal and I think this one is really special and he showed it in the last couple of days.”

Hannah Salazar’s Thoroughbred mare Lute and Sweet (Midnight Lute x Sweet Determination) and Chris Talley sat in seventh place overnight on their two-phase score of 21.89 but jumped up the leaderboard into second place after picking up an additional 59.23 points, the highest overall jumping score in the 4-year-old Championship, to finish on a final score of 81.12 and claim the Reserve Championship title.

Quiana AF (Quite Easy x All That Glitters), Blake Fortson’s Oldenburg mare, and Matthew Bryner sat in sixth place overnight on a dressage and conformation score of 21.95. They scored a 59.0 in today’s jumping phase to finish in third place on a combined score of 80.95.

“She was actually brought to me to be sold,” Bryner said, “and I really liked the type. Blake Fortson, who’s the owner now, purchased her from me with the goal of eventing her himself. I’d said, ‘Hey, I really like this horse, I’d like to keep going with her and see if we can take her to the Championships,’ and he was on board and here we are!”

“She can be quite spicy,” Bryner continued, describing Quiana's temperament under saddle. “She’s very good to ride on the flat but when you get her into an atmosphere that’s a little more up, she can get quite spicy. We thought that my second ride was going to be the one that had no issues, but they flip-flopped. Quiana went in and was amazing, a complete workman and did her job. I watched the video over and over again and can’t believe how well she did.”

The Safe Harbor Award, which is awarded to the young horse who consistently exhibits the most graceful and rider-friendly performance throughout the competition, was given to Celtic King, Rachel Wilks’ 5-year-old Connemara/Irish Sport Horse gelding. Celtic King was bred by his owner and ridden in the USEA YEH East Coast Championships by Charlotte Collier. He finished on a final score of 82.71 in ninth place.

About the USEA Young Event Horse Program
The Young Event Horse (YEH) Program was first established in 2004 as an eventing talent search. Much like similar programs in Europe, the YEH program was designed to identify young horses that possess the talent and disposition to, with proper training, excel at the uppermost levels of the sport. The ultimate goal of the program is to distinguish horses with the potential to compete at the three- and four-star levels, but many fine horses that excel at the lower levels are also showcased by the program.

The YEH program provides an opportunity for breeders and owners to exhibit the potential of their young horses while encouraging the breeding and development of top event horses for the future. The program rewards horses who are educated and prepared in a correct and progressive manner. At qualifying events, youngsters complete a dressage test and a jumping/galloping/general impression phase. At Championships, young horses are also evaluated on their conformation in addition to the dressage test and jumping/galloping/general impression phase. Click here to view the jumping standards and specifications. 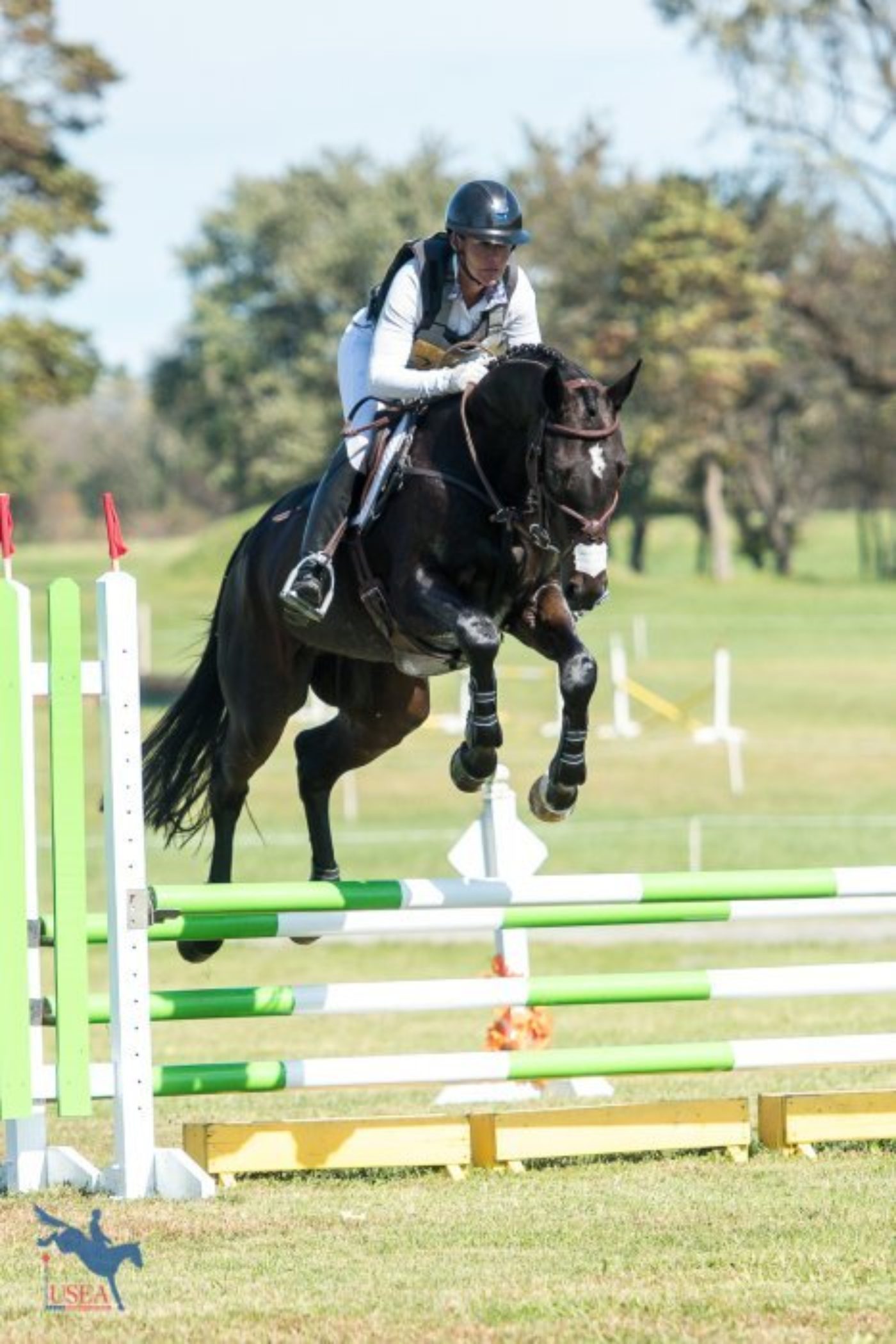 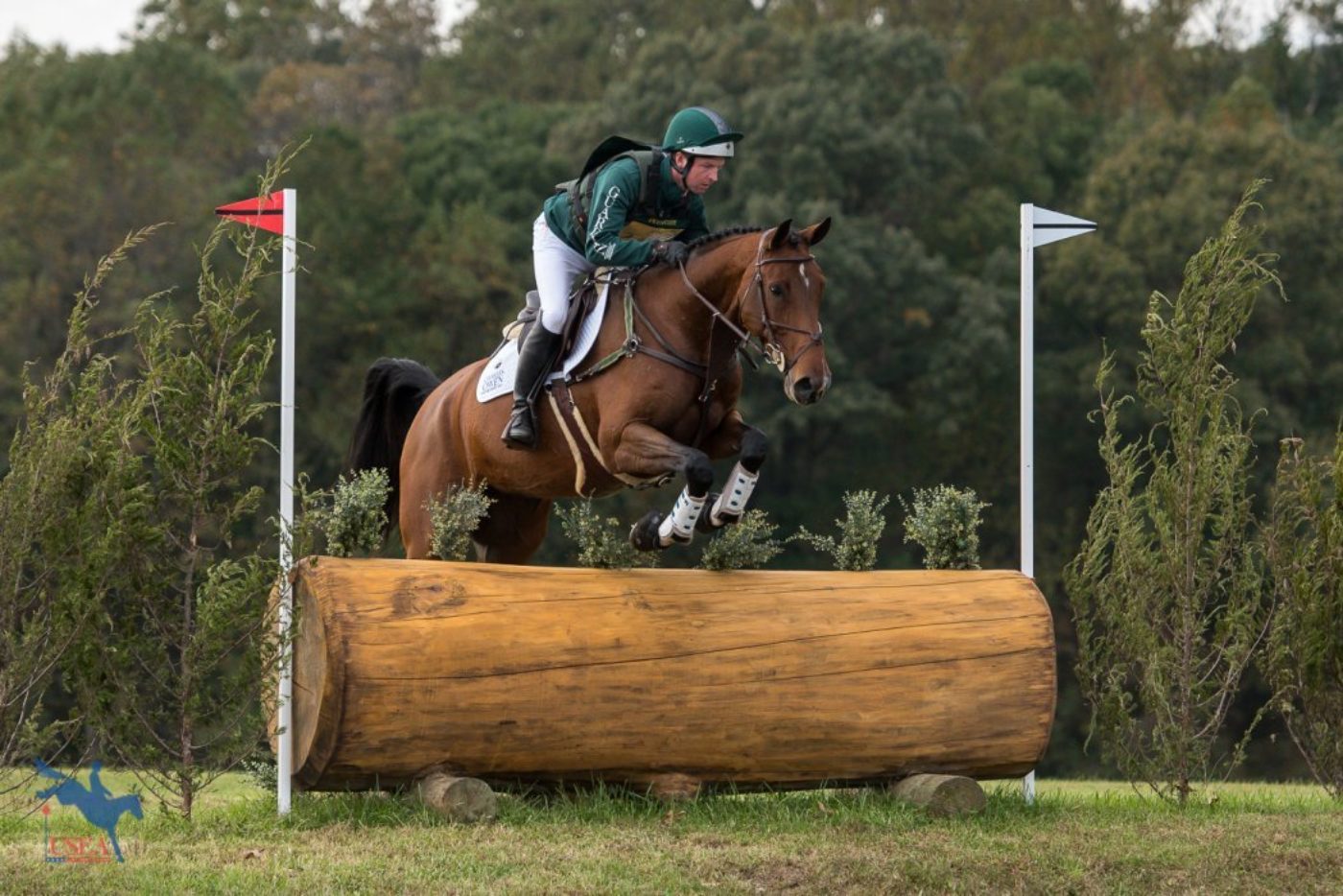 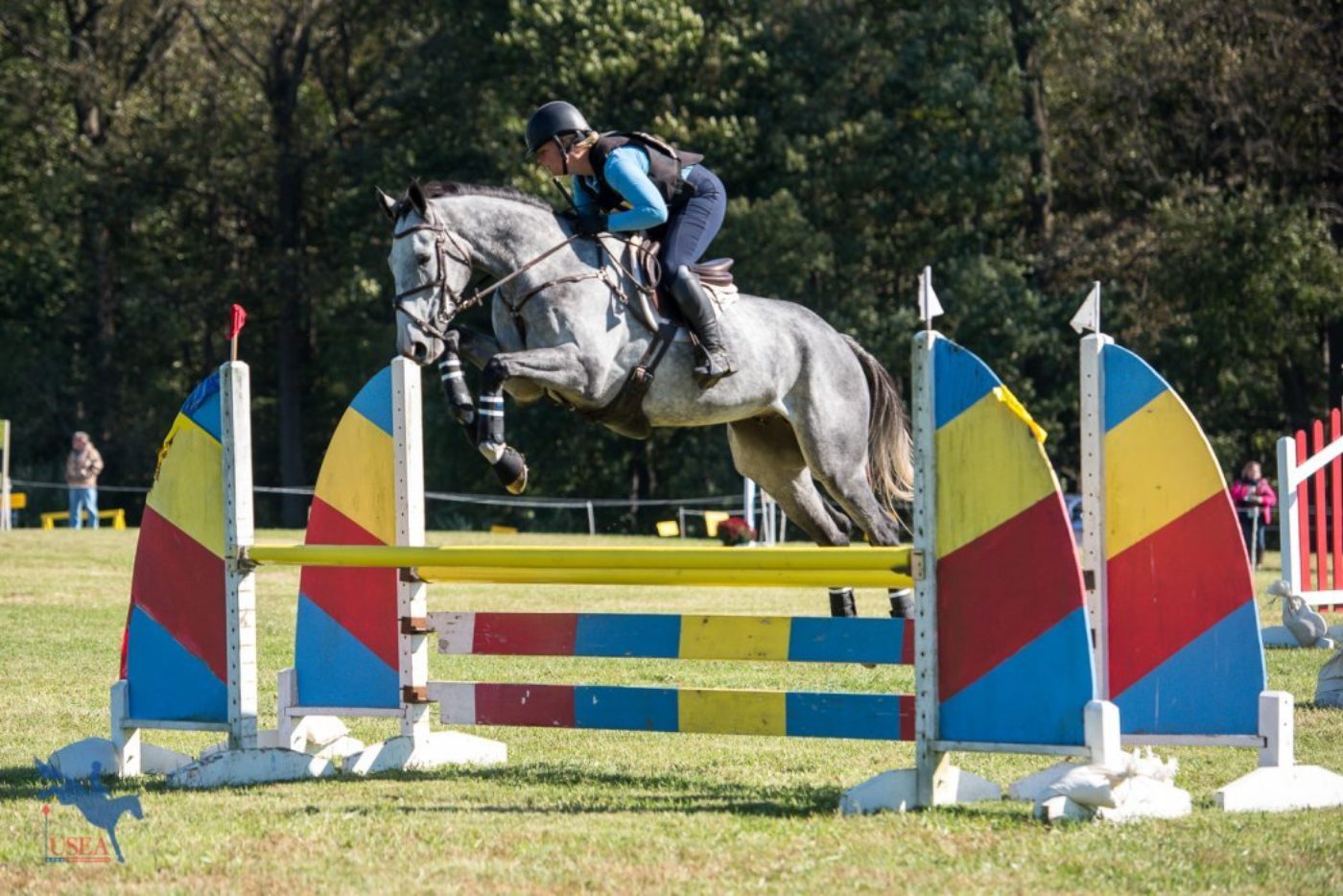 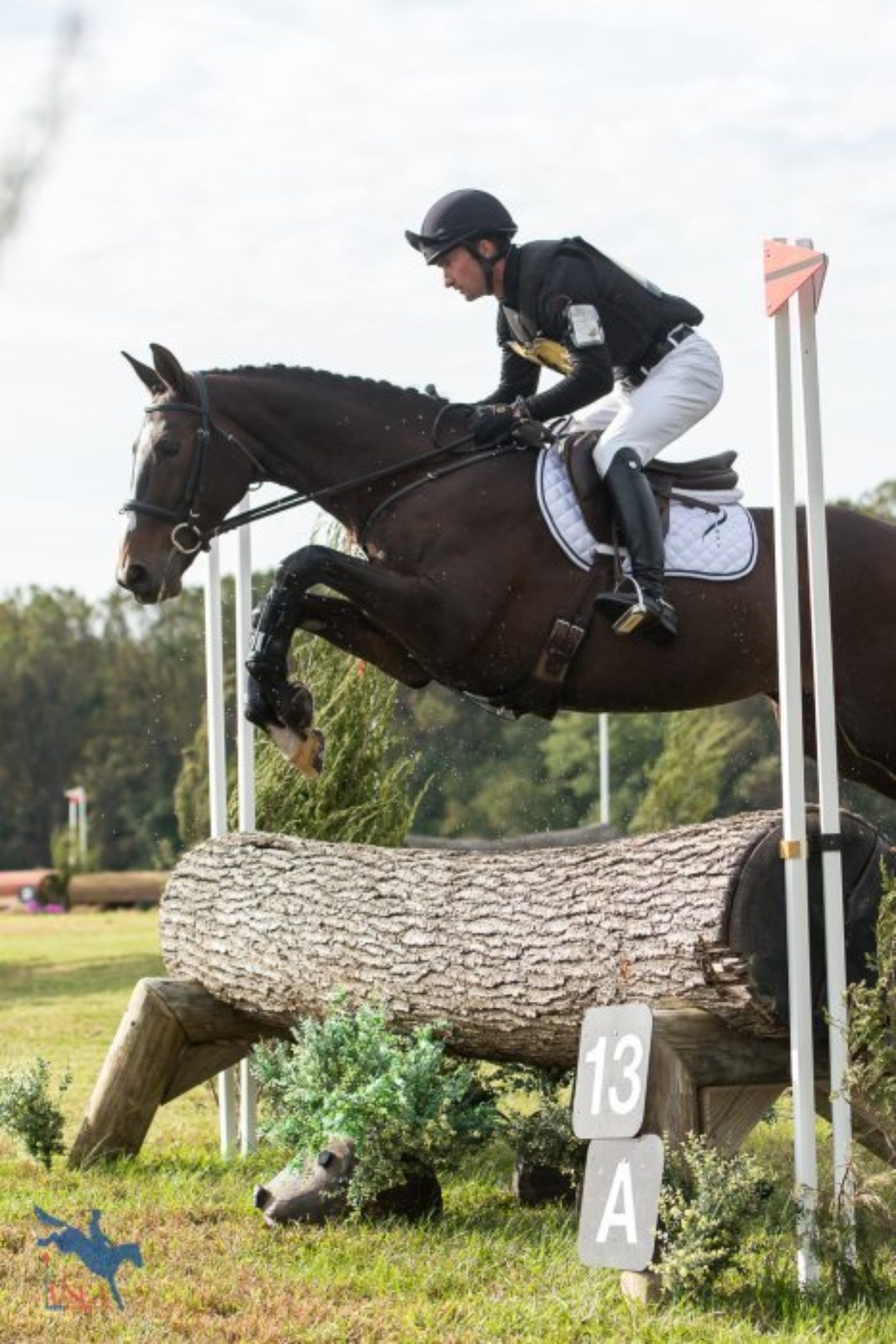 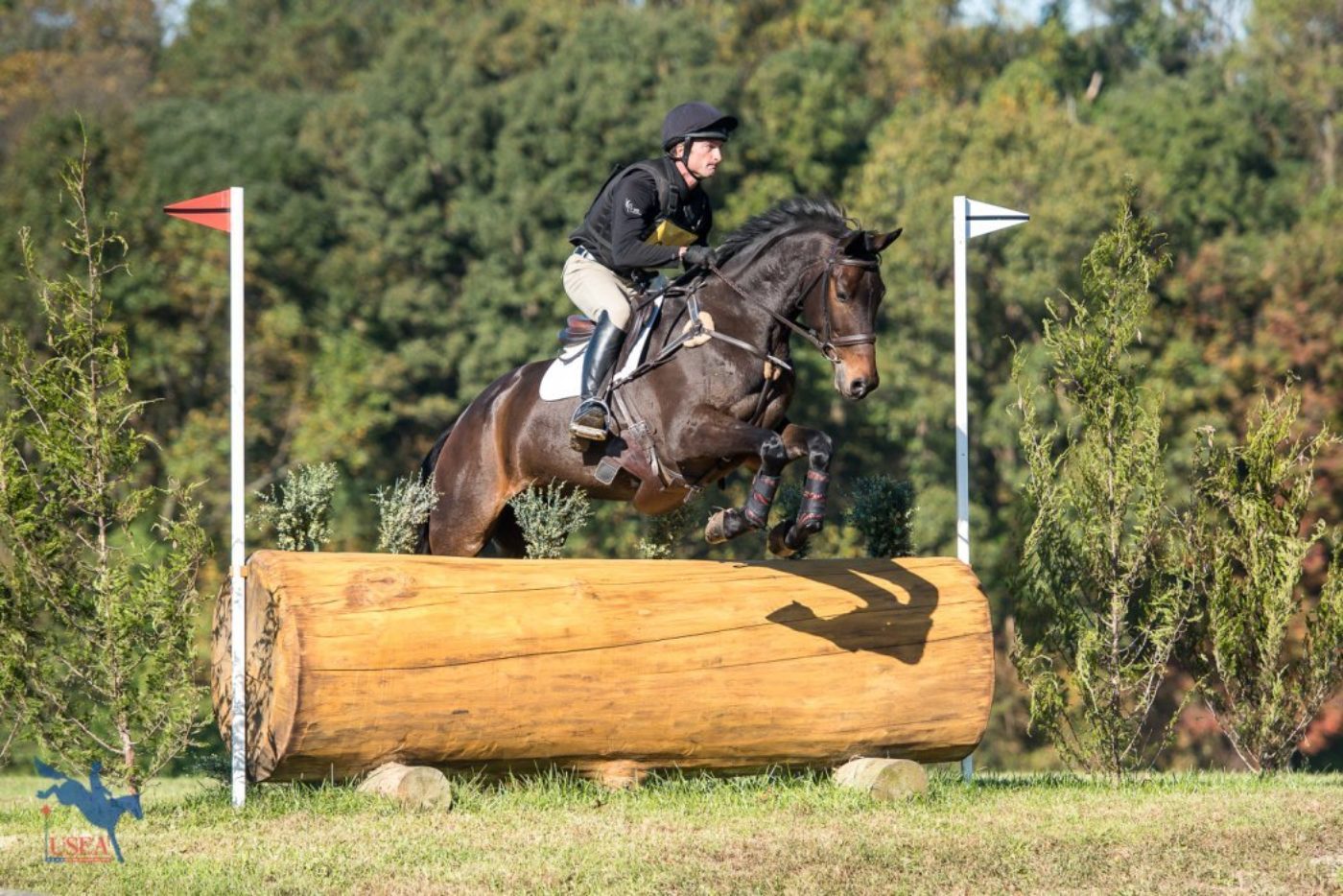 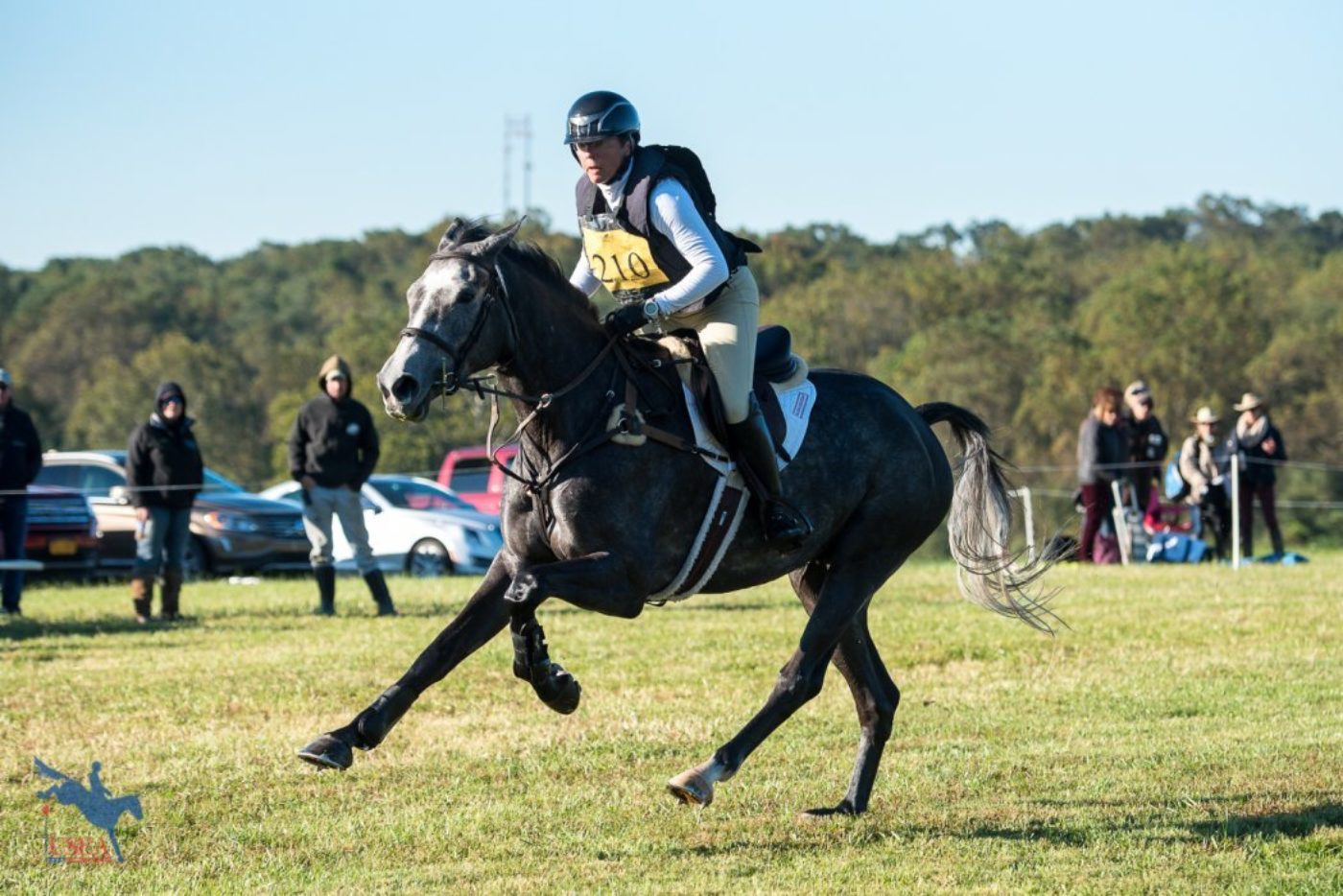 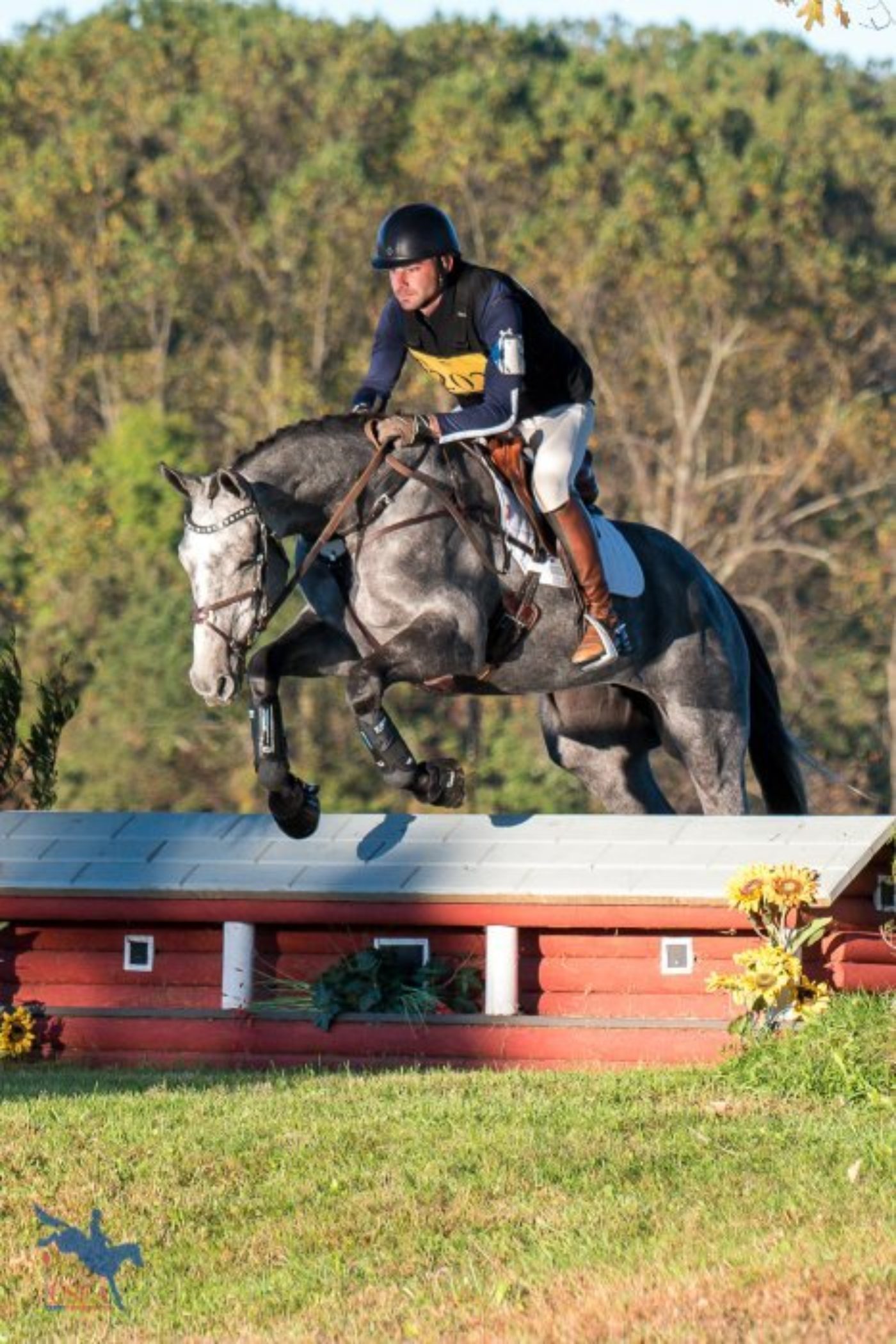 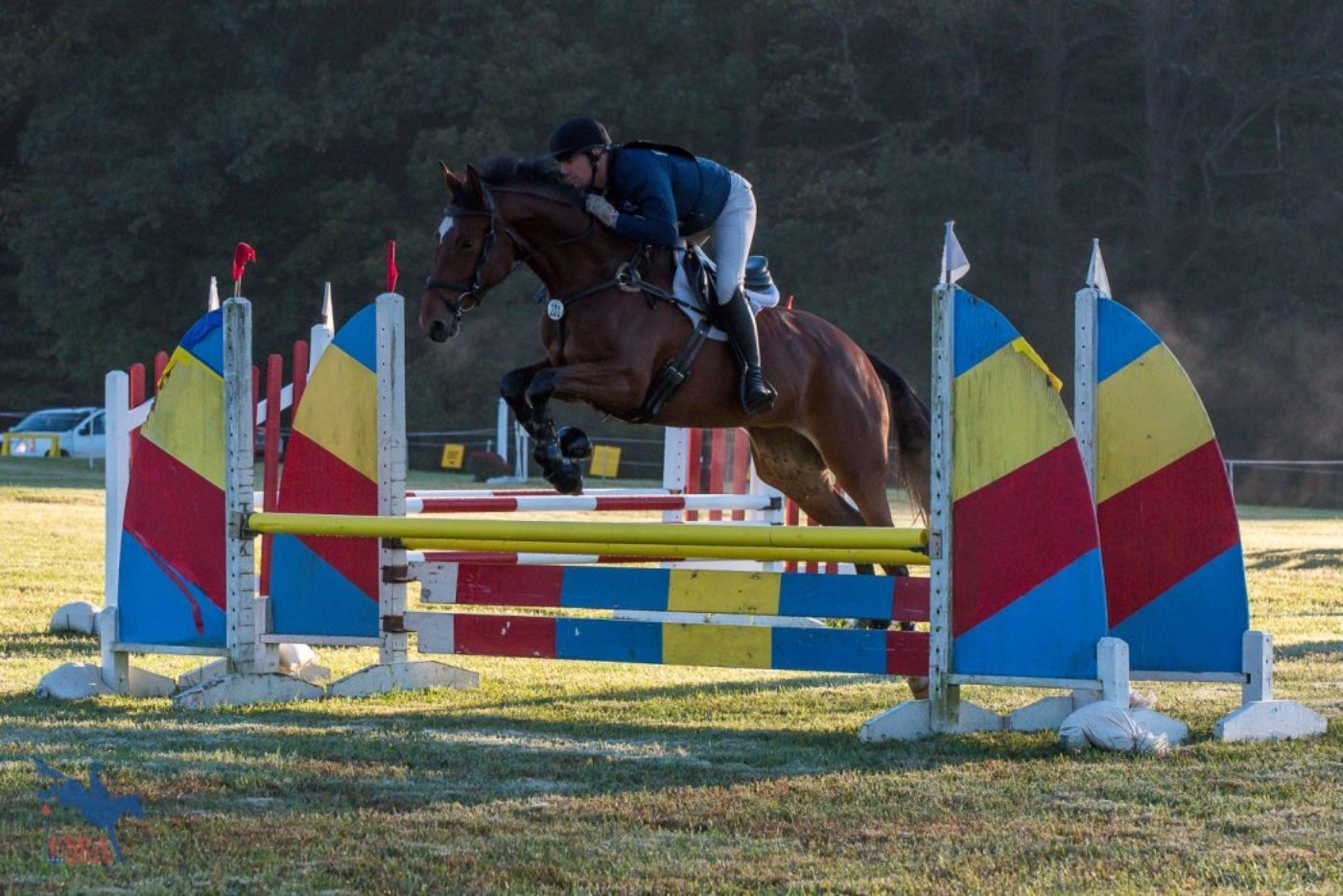 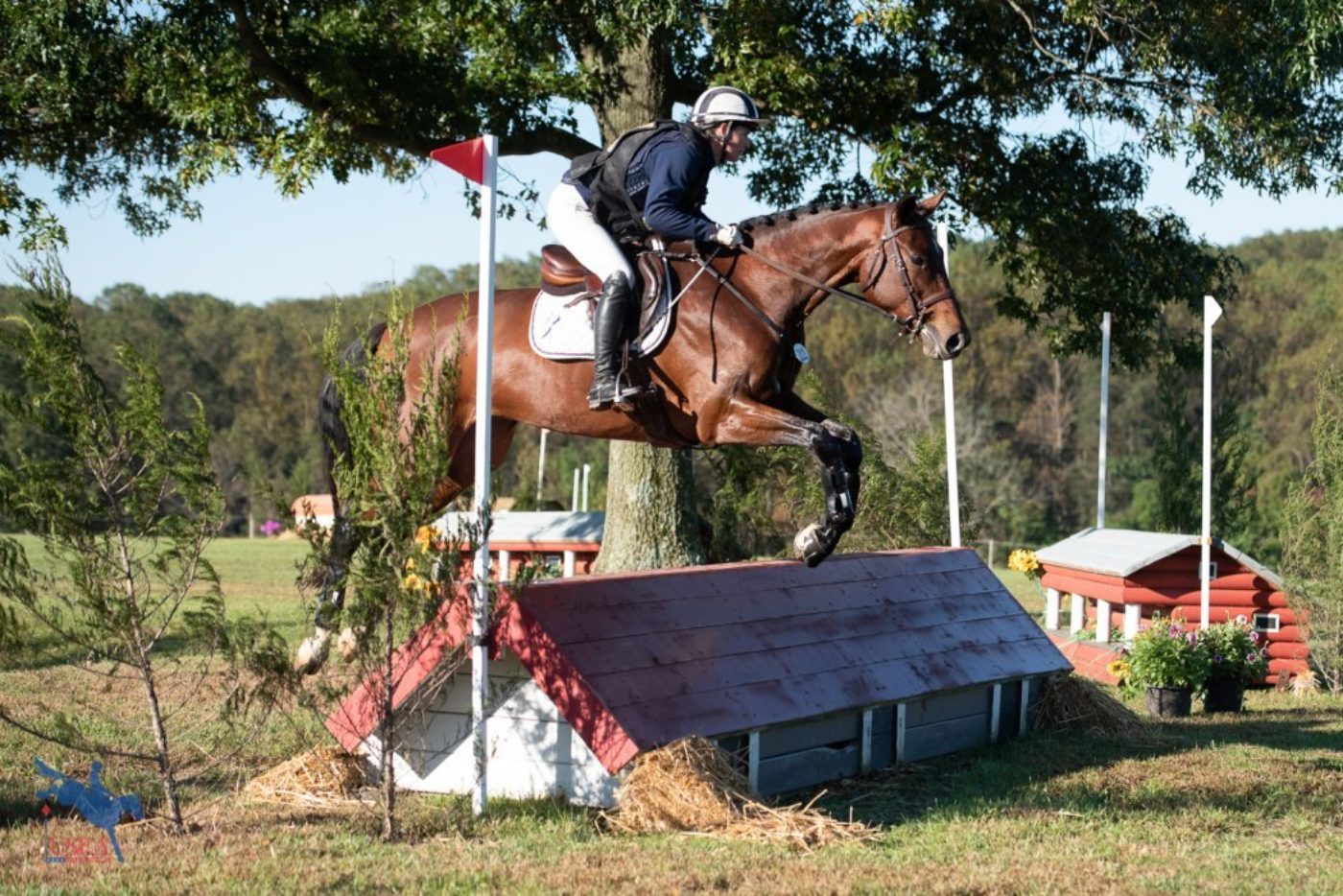 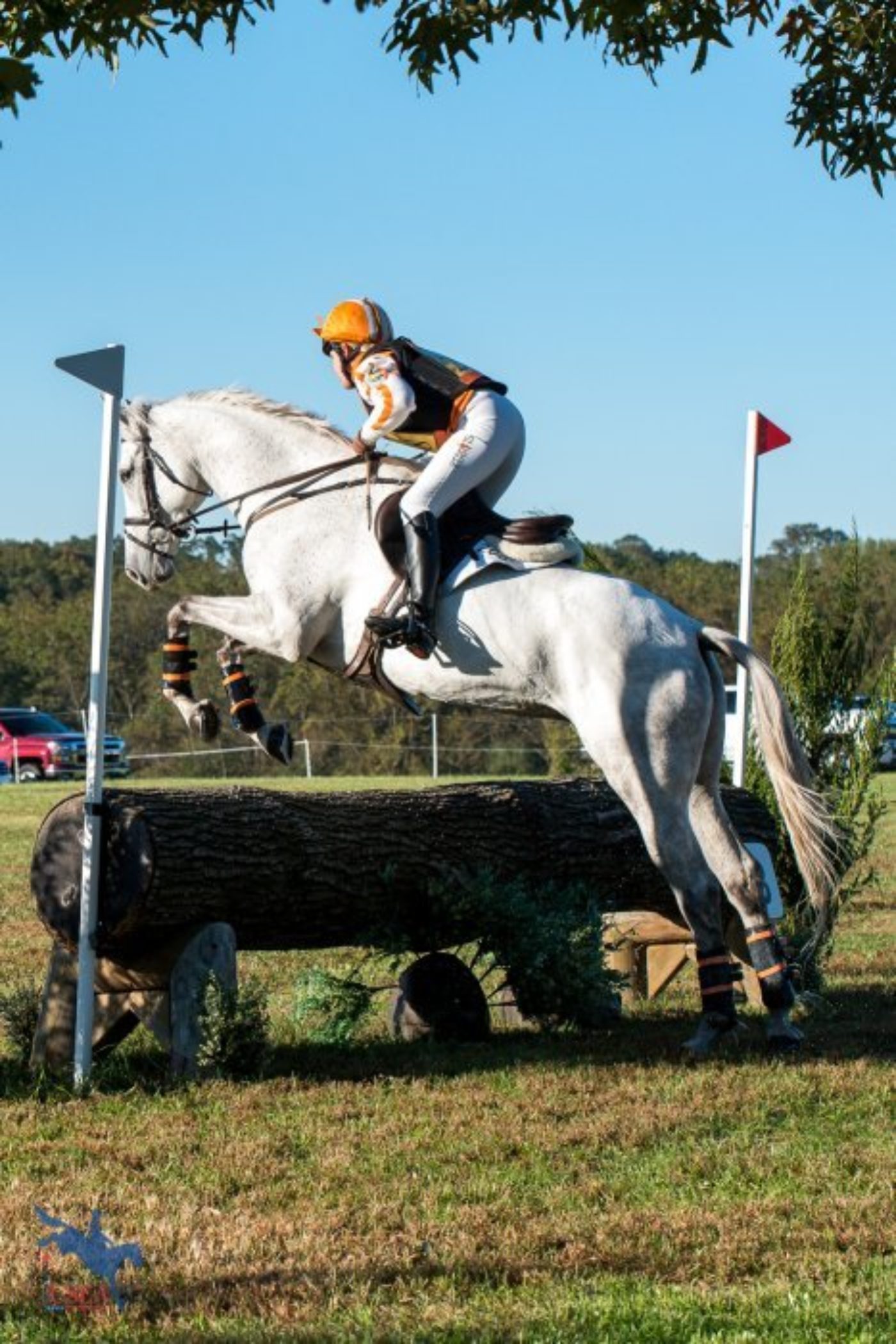 VIDEO: Judging the Young Event Horse's Gaits The YEH Yearbook: Class of 2010 Introduce Eventing to Your Horse with a 2021 New Event Horse Class Details of the 2021 Dutta Corp. USEA YEH Championships The USEA Educational Symposium Will Not Be Held in 2021 Show Off Your Young Event Horse at a 2021 USEA YEH Event Starting Your Green Horse Over Fences: Three Introductory Exercises The Rise and Records of YEH in 2020 Etalon Diagnostics Returns to Sponsor YEH and FEH The YEH Yearbook: Class of 2009
Show More
Mar 01, 2021 Competitions

We've got another Team Talk update for you listeners this week! Nicole Brown is joined once again by USEF Eventing High Performance Director Erik Duvander and USEF Managing Director for Eventing Jenni Autry to talk about the U.S. eventing team's path forward to Tokyo.