Boyd Martin and Tsetserleg moved up from second place to first place after completing one of just two double-clear rides of the day to finish on 25.6 penalties. The other double clear belonged to his teammate, Lynn Symansky with RF Cool Play, on 29.2 penalties. Doug Payne rode Starr Witness to another strong finish, picking up 8.4 time penalties and zero jumping faults for 36.4 penalties. Overnight leaders Tamie Smith and Mai Baum dropped down to 19th place on 76.8 penalties after a runout at the corners at fence 16 and an error in crossing their own path at obstacle 23.

Team Brazil moved up to silver medal position, with three of their four riders completing and inside the top 10. Brazil’s Carlos Parro is in individual third place with Quaikin Qurious (West Point Quickfire x Should Be Good), Helena Ashworth's 10-year-old gelding. Canada is in bronze medal position, with Jessica Phoenix completing the best ride of the day for her nation to sit in fifth place aboard Pavarotti (Pavarotti Van De Helle x Fidelia), her own 17-year-old Westfalian gelding, going into Sunday.

Martin, who rode at the end of the order aboard Christine Turner's 12-year-old Trakehner gelding Tsetserleg (Windfall x Thabana), had the unenviable task of watching and waiting while 36 out of 42 pairs went out before him. Early in the morning, several pairs fell at the first water complex, including Brazil’s Ruy Fonseca, who suffered a rotational fall with Ballypatrick SRS at obstacle seven. Ballypatrick Srs was uninjured, and Fonseca was taken via ambulance to the hospital where he is being kept for observation with a fracture of his left shoulder and three broken ribs. Colombian rider Mauricio Bermudez Acuna also fell with Fernhill Nightshift at obstacle 6A. Neither horse nor rider were injured.

“[The course] was a lot harder than I expected to be honest,” Martin said. “I was on a very, very experienced horse, and I walked it and thought holy moly this is very hard for the level. It wasn’t fun watching everyone crash and burn this morning, but [Tsetserleg] came in and gave me a good ride.”

Pathfinder Lynn Symansky rode fifth in the order with The Donner Syndicate's RF Cool Play (Condors Champion x Roxana), an 11-year-old German Sport Horse gelding, and gave the USA a very solid start to the day, blazing through the course in 8:05, well under the time allowed of 8 minutes and 14 seconds.

"My first water was a bit hairy, it didn’t quite go to my plan A or B but I got it done,” she said. “The rest of the course went totally according to plan. Coming out first, you don’t have the advantage of knowing if time is easy or hard to make so you have to go pretty quick just in case. In hindsight, I may have gone too guns blazing, but he’s such an honest cross-country horse. He never lost confidence all the way around, he had plenty of gas in the tank and went well out there.”

The pressure was on Tamie Smith to maintain her lead after a super dressage test on Friday, but a disappointing runout at 16 dropped her down in the standings. Smith and Alexandra and Ellen Ahearn and Eric Markell's 13-year-old German Sport Horse gelding Mai Baum (Loredano x Ramira) rode strong over the first half of the course, including being faultless through all three water complexes.

“Obviously I’m disappointed because I had a runout at the corner. It all rode a bit rough and scrappy,” Smith explained. “I just tried to give him as strong of a ride as possible. He’s a good horse, and the flag was kind of pointed the wrong direction, I don’t know if it blocked his face, he didn’t really read it until the last second. We were all worried about that, wondering what they were going to do about it. But yes, I just tried to keep going fast and end on the lowest score possible.”

“Going out, Erik’s last words were 'Come home clear take a little time whatever you need, just make sure it happens.’ So that’s what we did and it was excellent,” Payne said. The Pan American Games are a big step up for 8-year-old Starr Witness, and the mare truly shone throughout the tricky cross-country track.

“She’s a total freak,” Payne detailed. “She makes really easy work of anything that’s asked of her. To have a horse like this coming up, I mean, she could be doing this for the next 10 years. She’s very special and I’m very lucky.”

The overall completion rate ran at just about 50 percent, with 17 of the 42-horse field either retiring or being eliminated. Just two riders, Boyd Martin and Lynn Symansky, came home clear inside the time, with another 13 completing with just time penalties.

Colombia, Uruguay, Guatemala, and Chile fell out of team competition after failing to finish three riders after the cross-country phase. Team Mexico’s riders are in fourth place, with just Pedo Guiterrez failing to finish. Argentina is in fifth place with three of their four riders completing, and Peru is in sixth place after three of their four riders also completed the cross-country phase.

The final horse inspection will take place on Sunday morning at 8:00 a.m. and stadium jumping begins at 10:00 a.m. See complete team and individual results at this link. 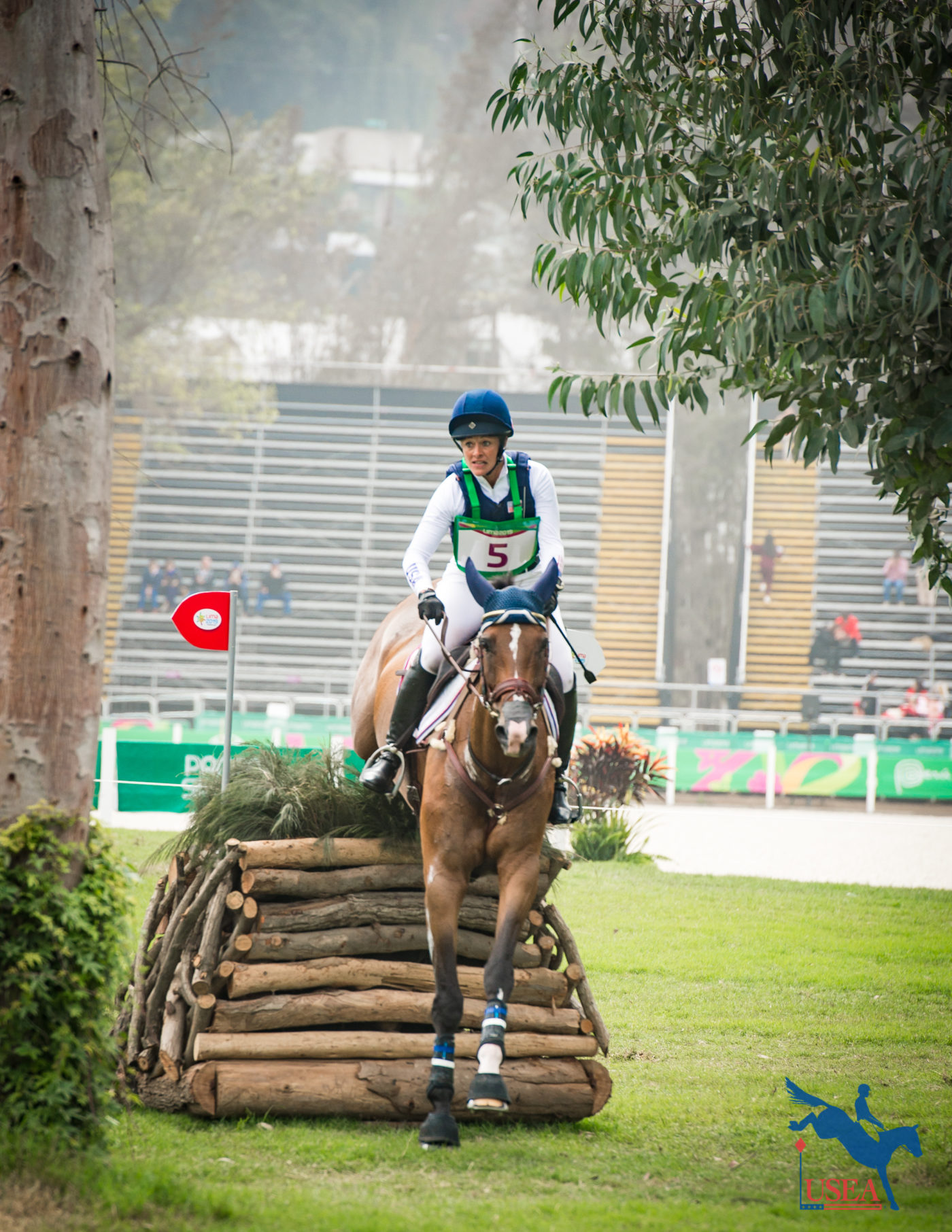 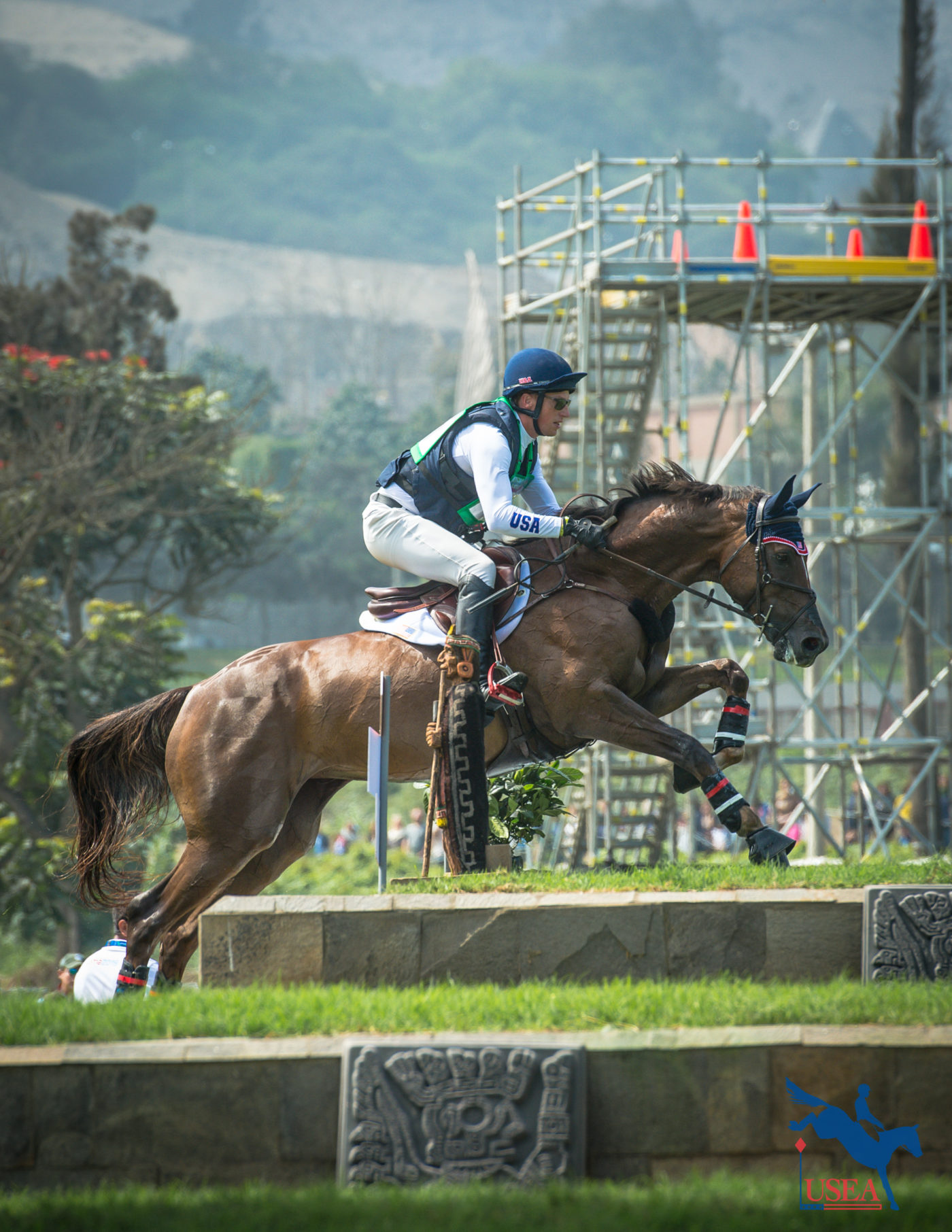 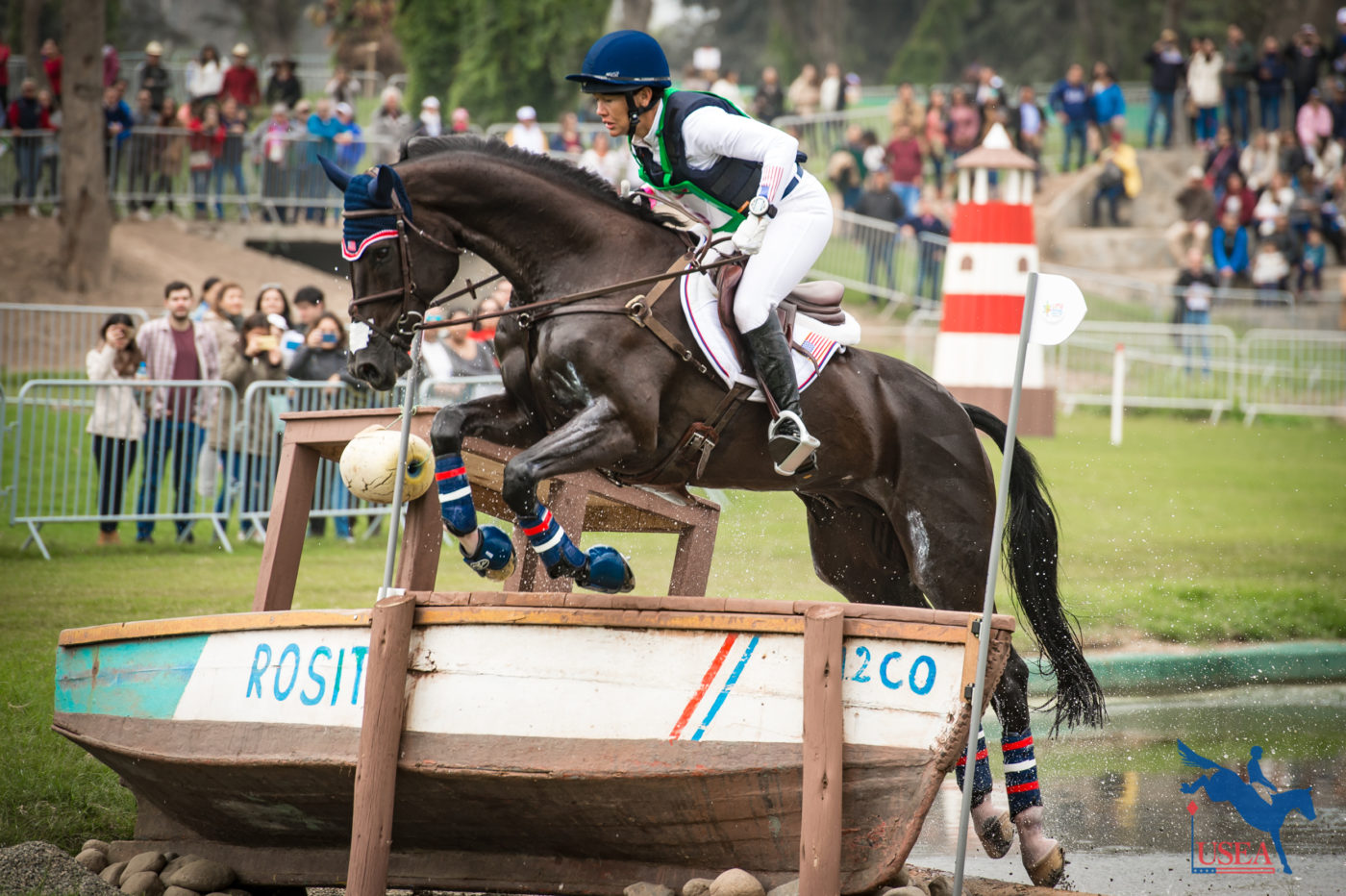 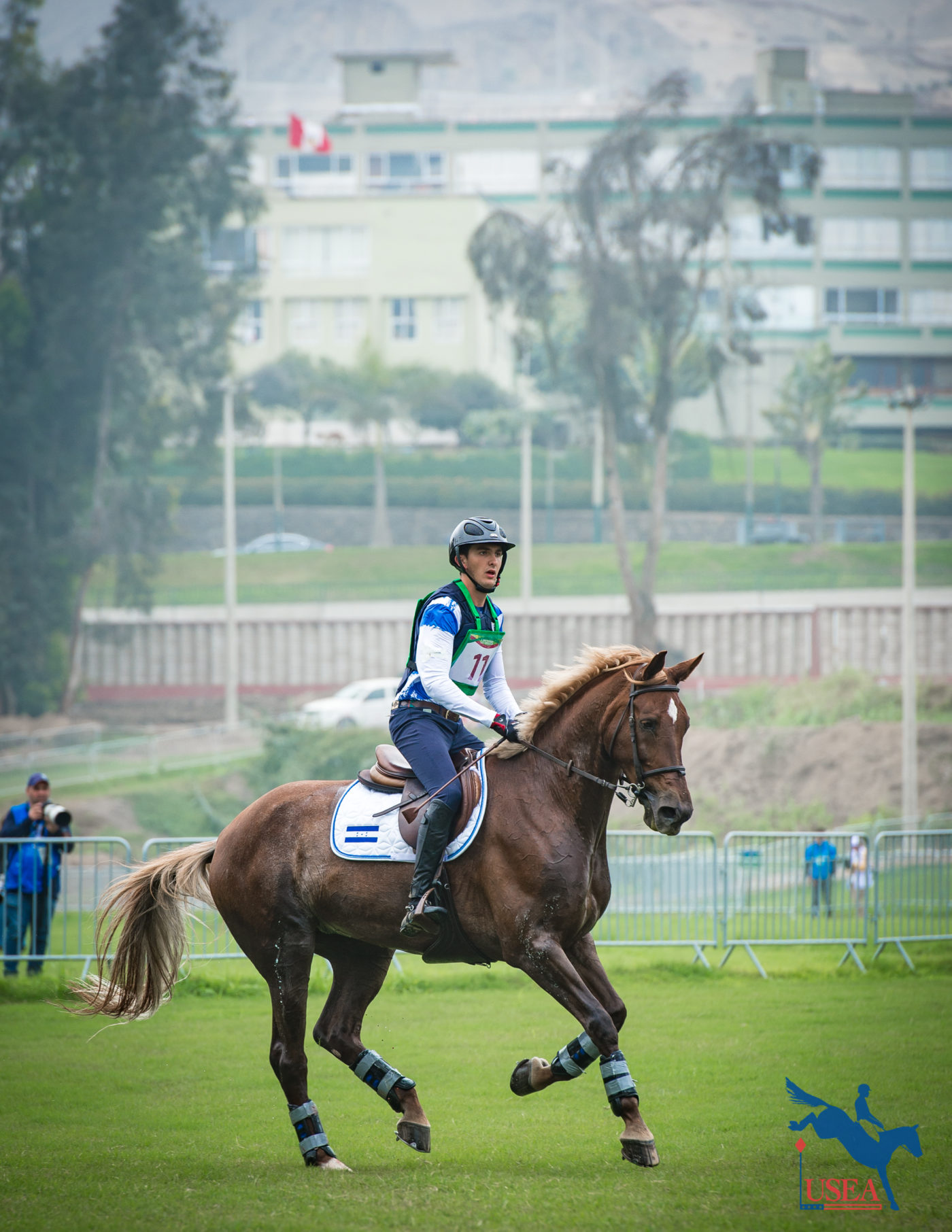 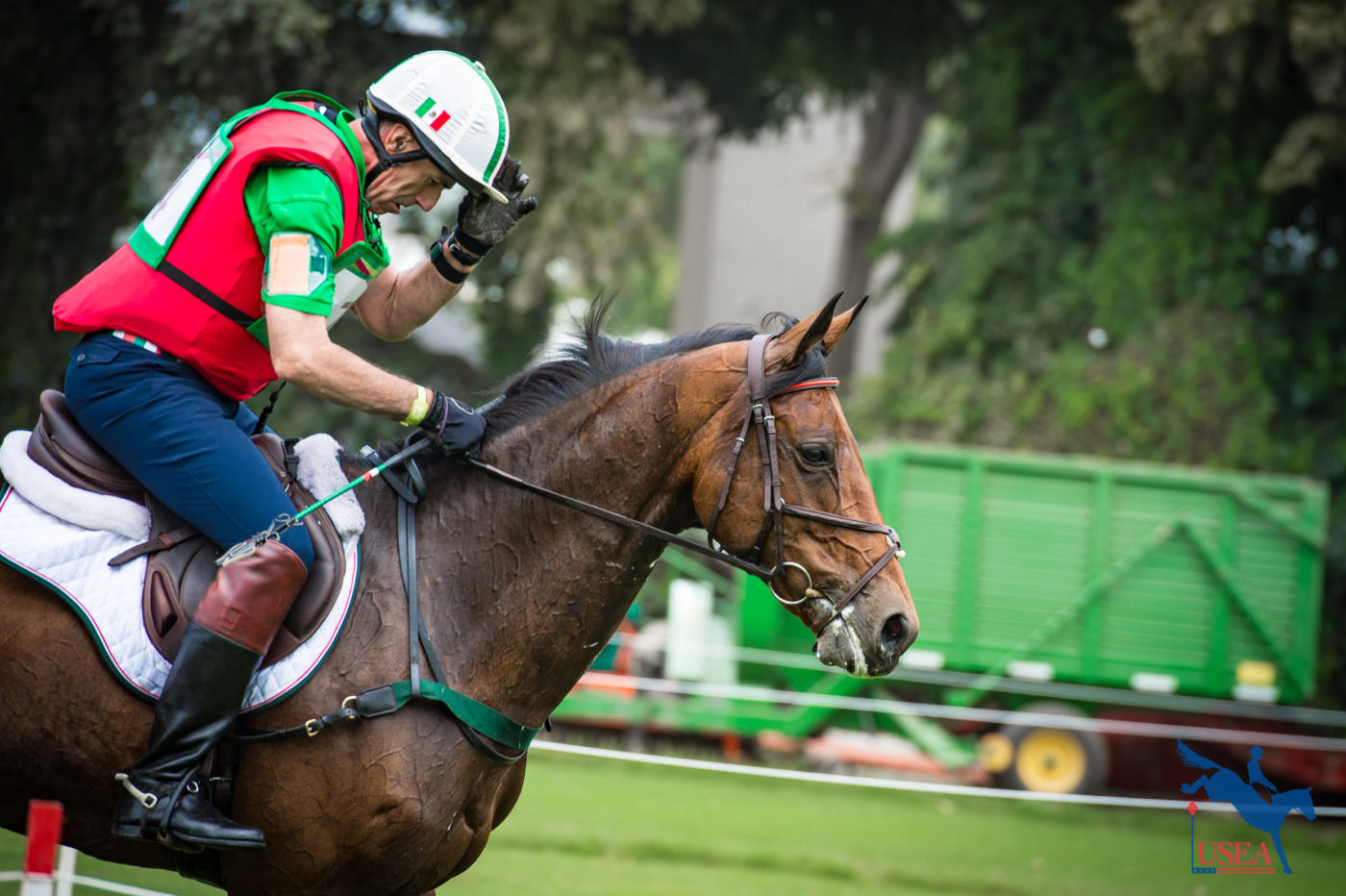 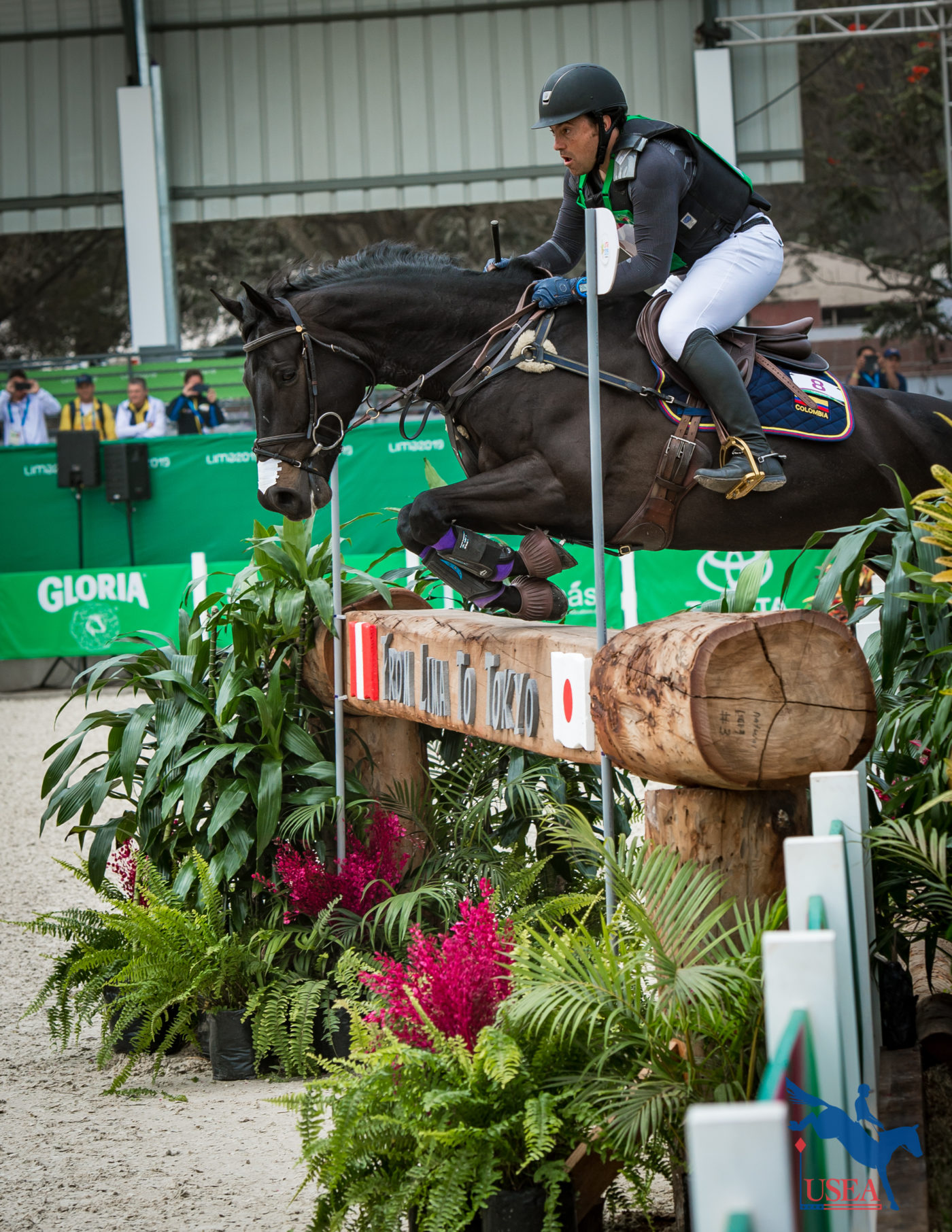 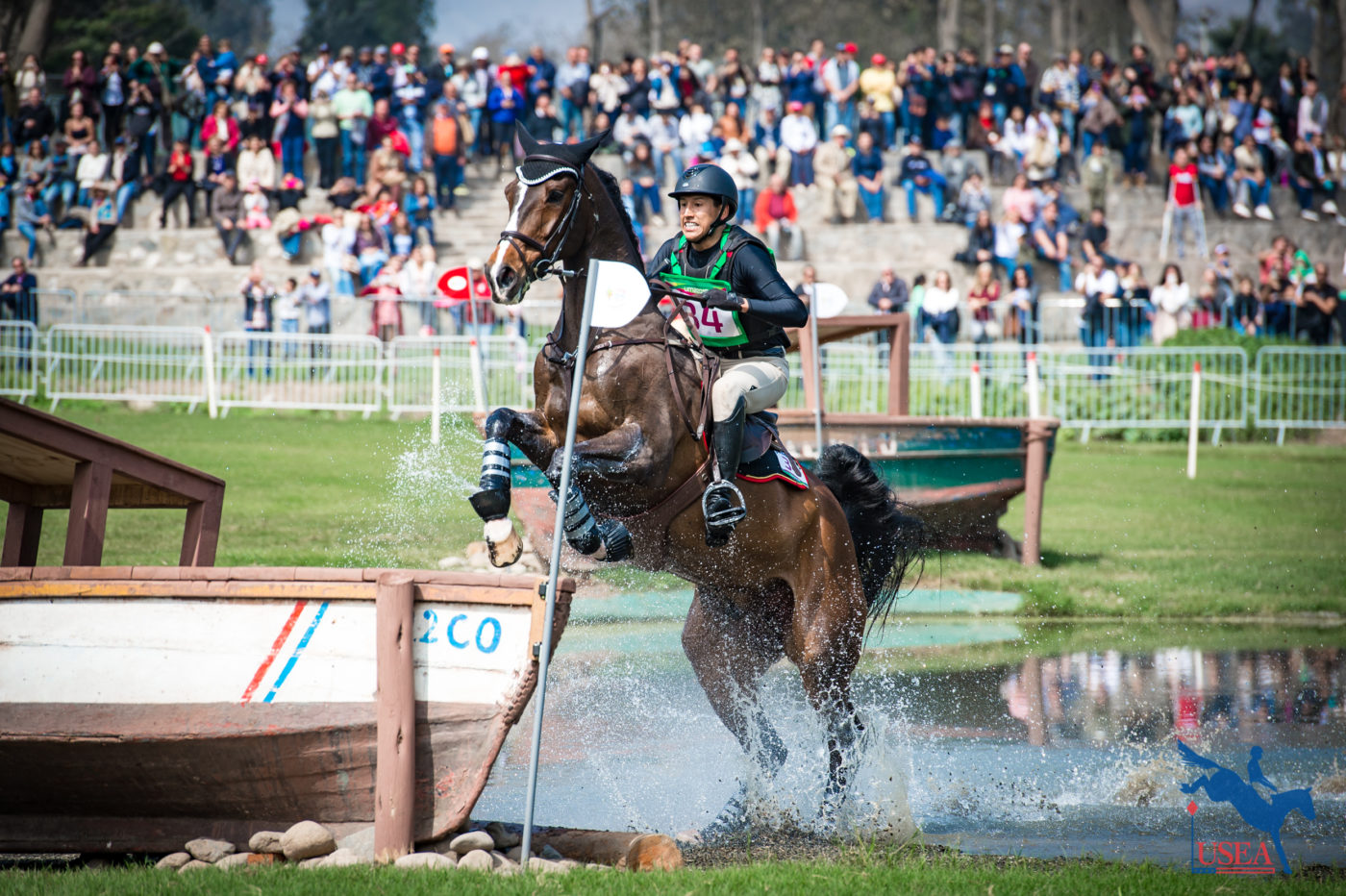 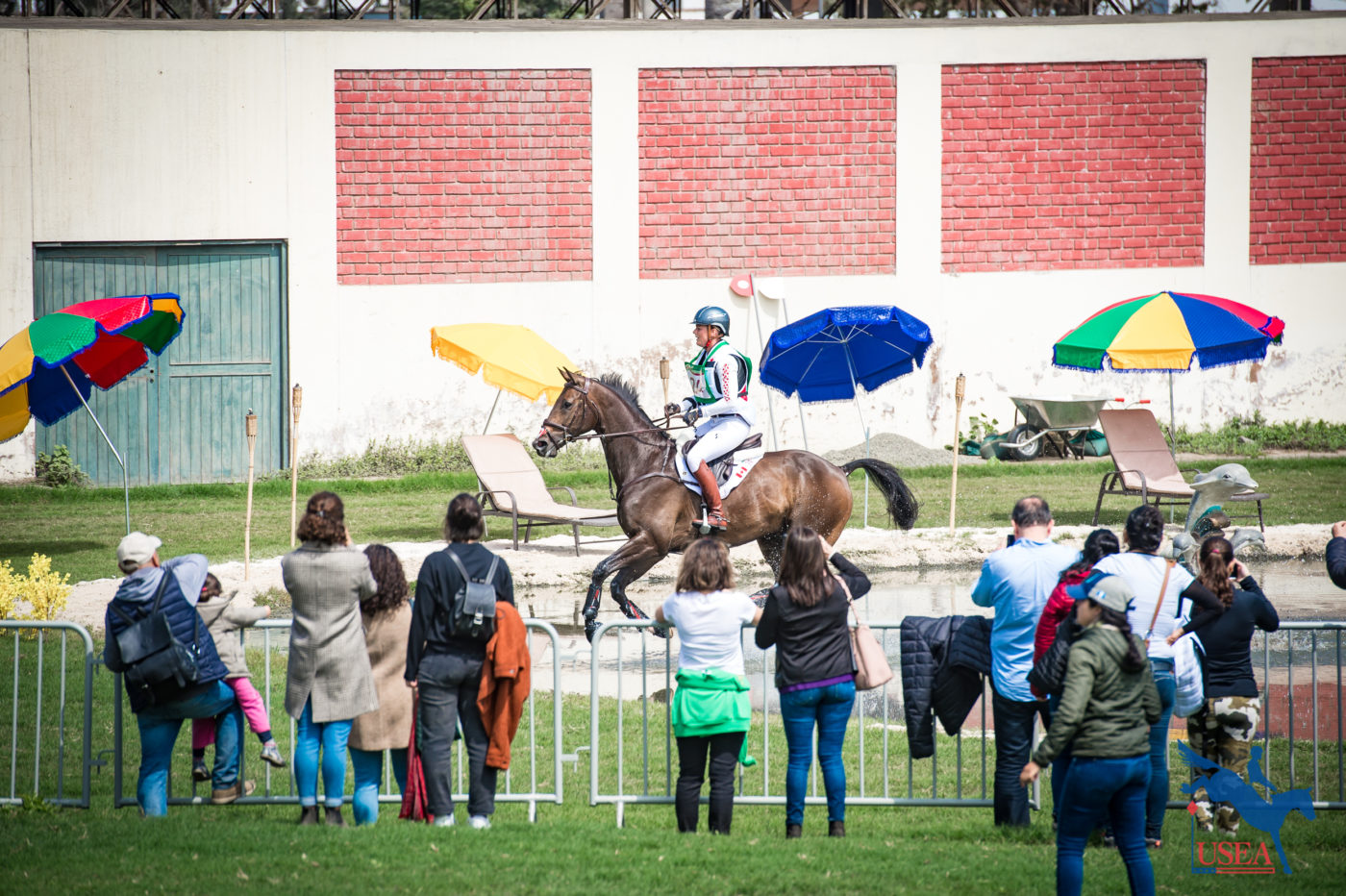 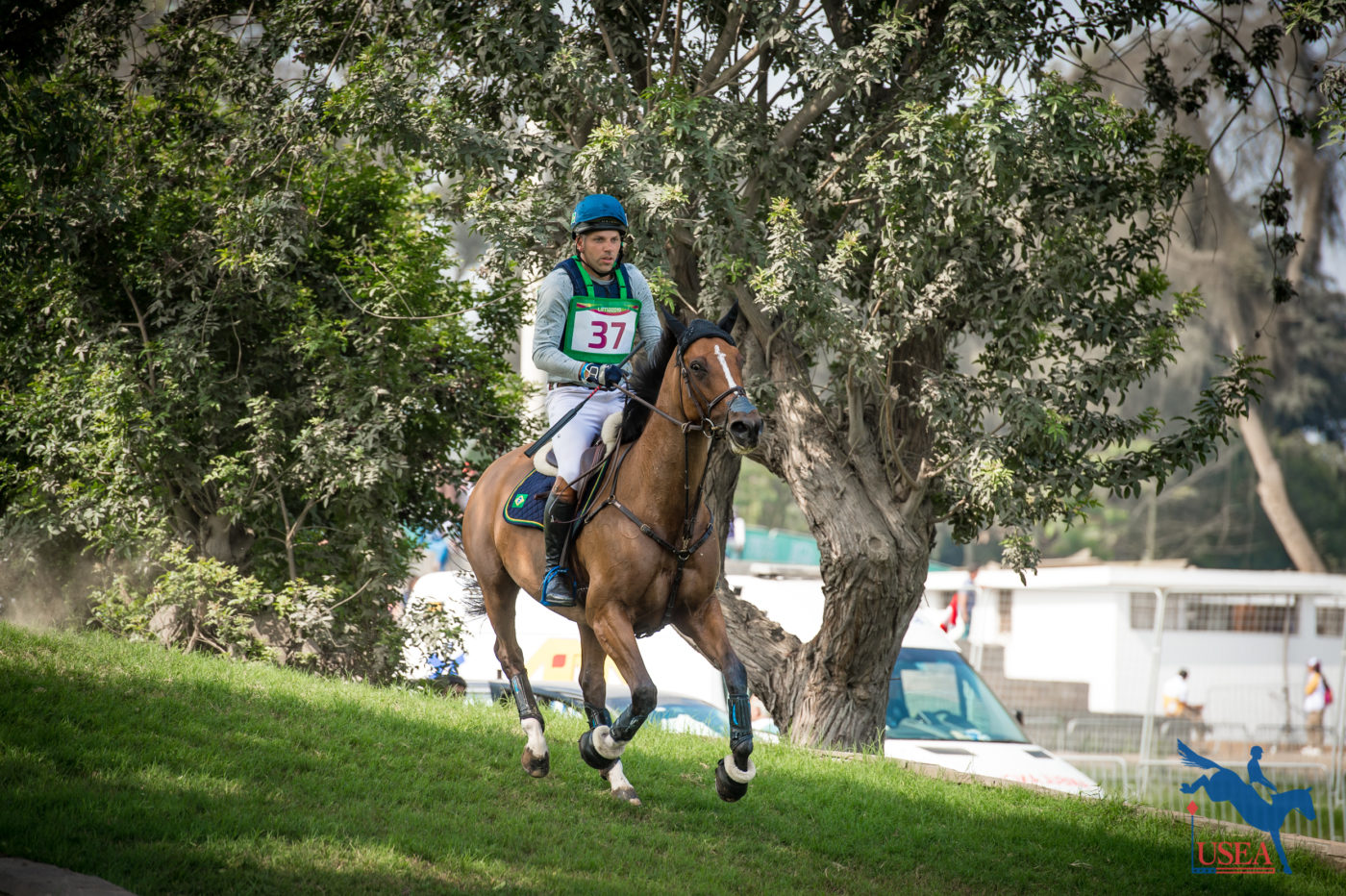 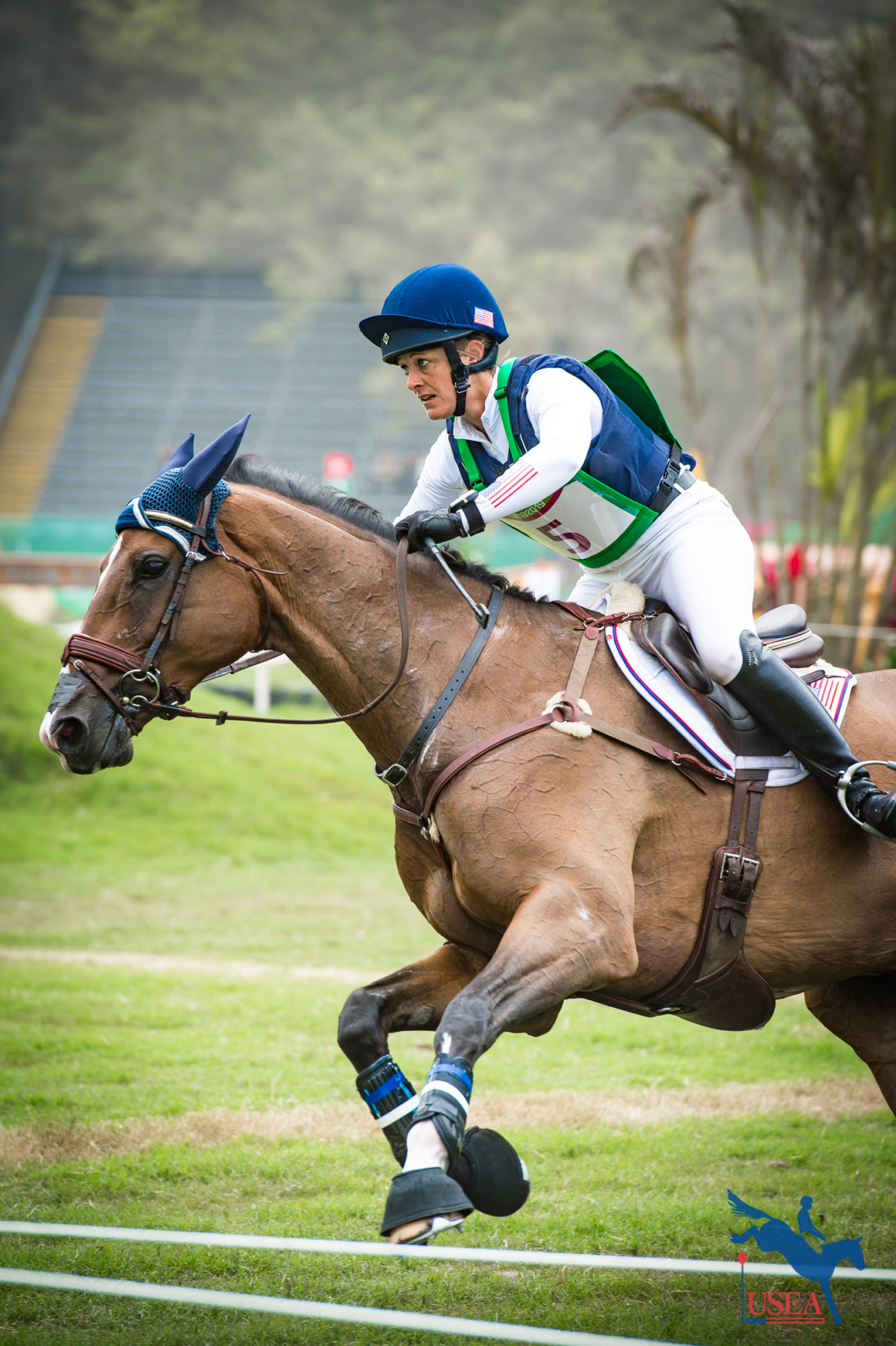