When Boyd Martin set out on course in the Jersey Fresh International Three-Day Event CCI3* with Long Island T (Ludwig von Bayern x Haupstsbuch Highlight), he had a margin of 13.7 penalty points between his overnight score of 25.4 and his two-phase score with second-placed Ray Price. Martin and the Long Island T Syndicate’s 12-year-old Oldenburg/Thoroughbred gelding came home 27 seconds over the optimum time of 10 minutes and 10 seconds, adding 10.8 time penalties but retaining the lead on a combined score of 36.2.

Martin mentioned yesterday that, as it was Long Island T’s first CCI3* trip, he intended to go at a pace that would allow “Ludwig” to cope with the fences. “I didn’t go to the wall on either of [my horses] time-wise.” said Martin. “I felt like I wanted to pace them around and give them a good round of cross-country.”

“We’ve been together for a little over a year,” explained Martin of his partnership with Long Island T. “I got a group to buy him, and to be honest, it started off disastrous. I’m very thankful that the group of 10 people that bought him have stuck with me and believed in me. It’s been a long process of trying to get the hang of him and today he was fantastic.”

“He’s a fair bit greener than Long Island T; it’s only his fourth Advanced [level event],” commented Martin. “I spent a long time at Intermediate and two-star with him and I think he put in a great round today.”

“I like this track, I think it’s not over the top and for horses that are building up to their second three-star or four-star it’s a good building event. I'm very pleased they’ve both come through it alright. They’re both trotting up good and I think they’ll both show jump well tomorrow.”

Hawley Bennett-Awad and Jollybo (Jumbo x Polly Coldunnell), her own 14-year-old British Sport Horse mare, elected to end their trip around the Land Rover Kentucky Three-Day Event’s cross-country course early after breaking the frangible pin at fence 4A, rerouting to the Jersey Fresh International CCI3*. A score of 34.2 had them lying in 11th place overnight, but a stellar trip around today’s cross-country course, picking up just 7.6 time penalties, moved the pair up into third place on a score of 41.8

“I was supposed to have a good go at Kentucky and things didn't go as planned. That’s horses,” said Bennett-Awad. “It was a bit of a mind game for me to stay out here for two weeks and not let it affect me. I went to Buck [Davidson’s] and we had a couple of hard lessons and it was great. He got me in the right mindset and I came here. It’s a big show, obviously, for me to get qualified for [the World Equestrian Games], which I would love to go to represent Canada again. Honestly, Jolly couldn’t have been better. She was foot perfect.”

“I just want to have a good calm warmup tomorrow and have a good show jump round," she continued. "She deserves a good go and she’s an unbelievable horse for me. To have people support you when things go wrong and are still there is a true test of character for me. I know who those people are and I’m very thankful that they’re in my corner. Hopefully tomorrow we’ll make them proud . . . I’m thankful that I have [Jolly] and I just want to do good by her tomorrow.”

The overnight rain was just what the doctor ordered for the footing at the Jersey Fresh International Three-Day Event. With two days of aerating by course builder Morgan Rowsell and an inch of rain last night, riders reported that, although sticky in places, the footing was improved from the condition it was in when the course opened on Wednesday.

Only two pairs finished with cross-country jumping penalties in the CCI3*. Autumn Scheweiss and Oakport Strauss and Waylon Roberts and Lancaster both had a single runout at 9C, the final skinny of the first Jersey Shore water complex combination, adding 20 penalties to their scores.

Elizabeth Stewart fell from Elusive, her own 15-year-old Oldenburg gelding by Evergreen, at fence 20, the Back Bay, but both horse and rider were unhurt.

Whitney Maloch and her own 12-year-old Thoroughbred gelding Military Mind (Military x Smart Balance) were eliminated at fence 28B after picking up two runouts there in addition to a runout at fence 13.

The 19 remaining riders in the Jersey Fresh International CCI3* will trot up before the ground jury tomorrow morning at 8:00 a.m. Those who pass the final horse inspection will show jump in reverse order of standing beginning at 1:30 p.m. 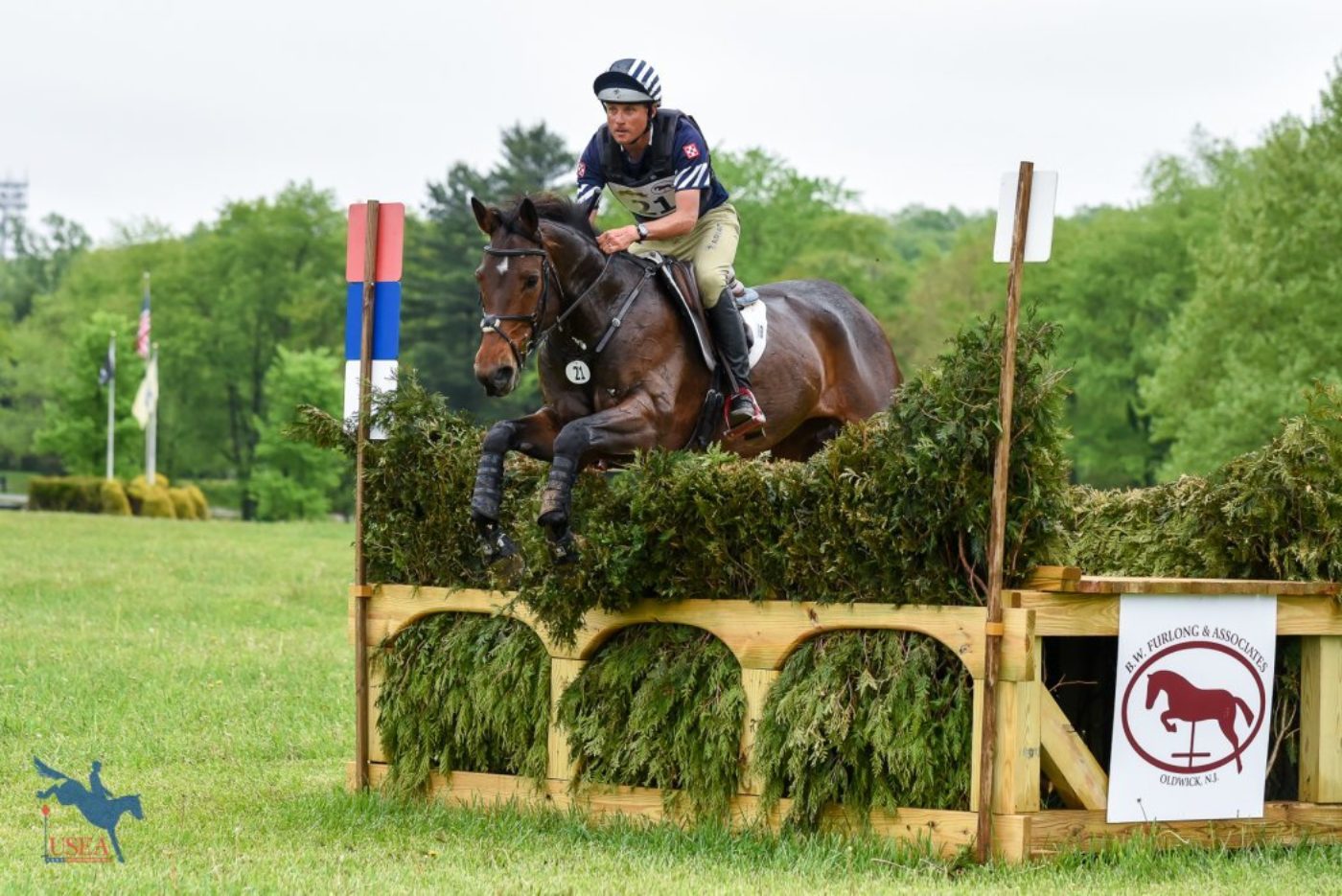 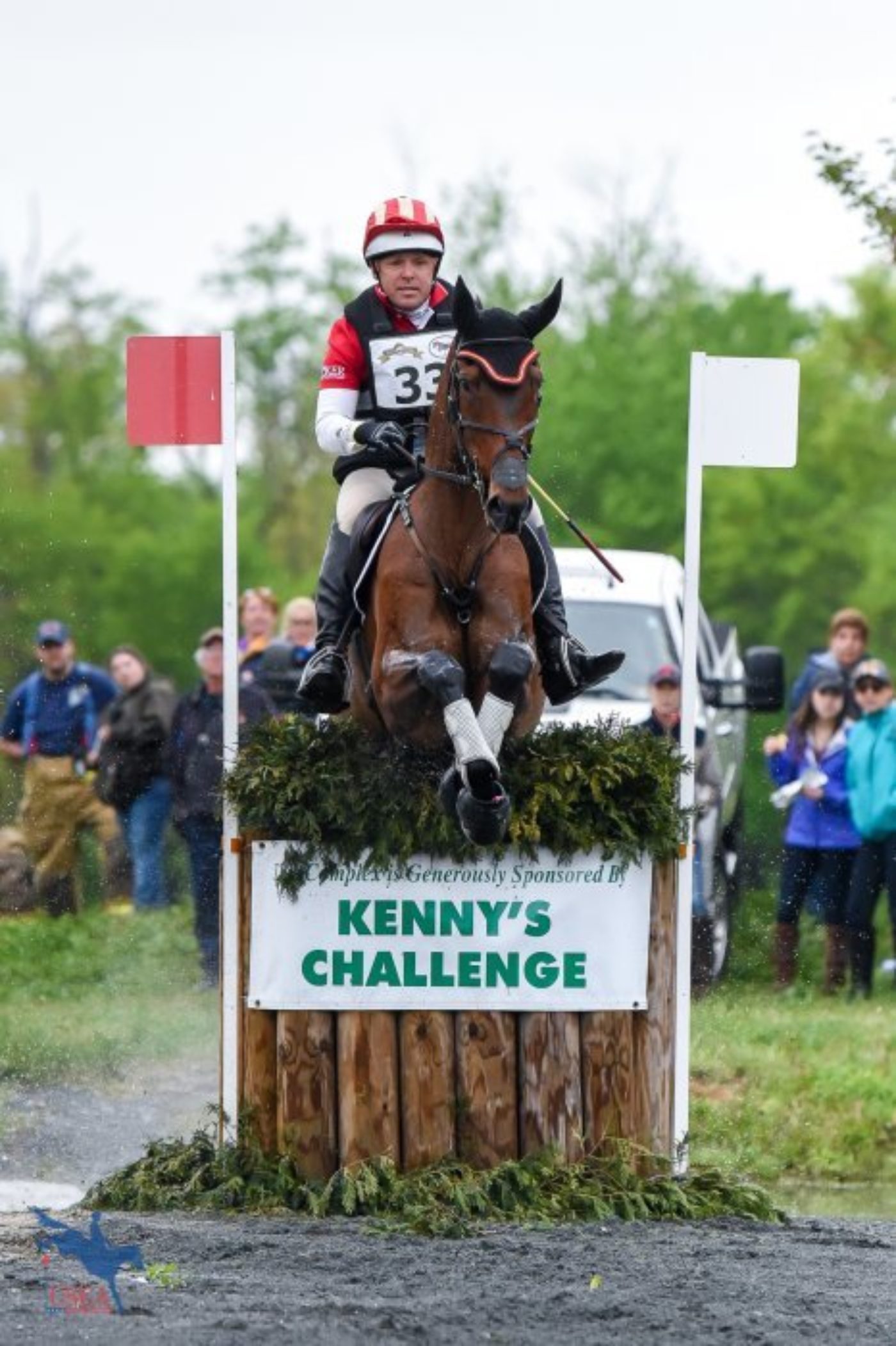 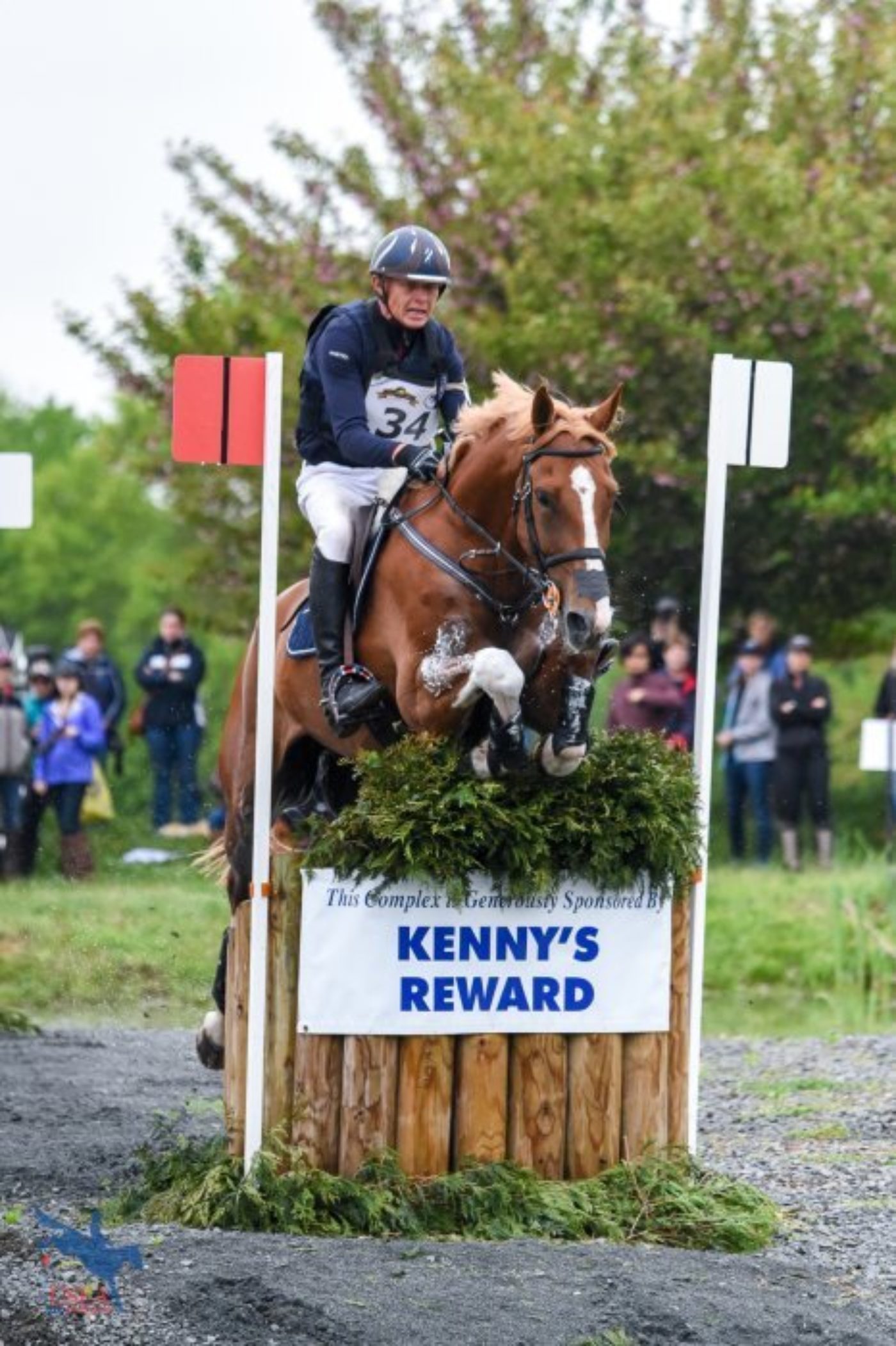 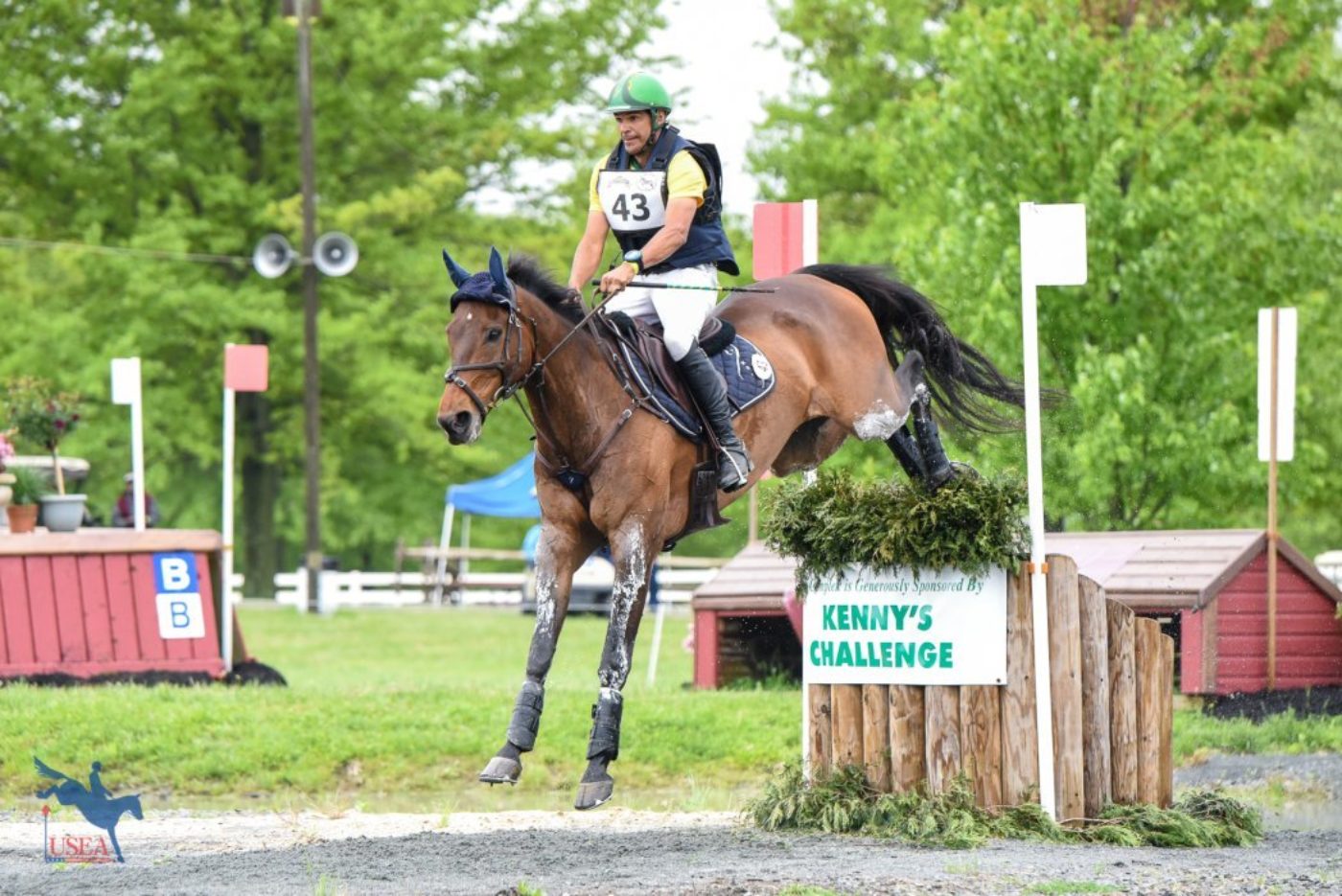 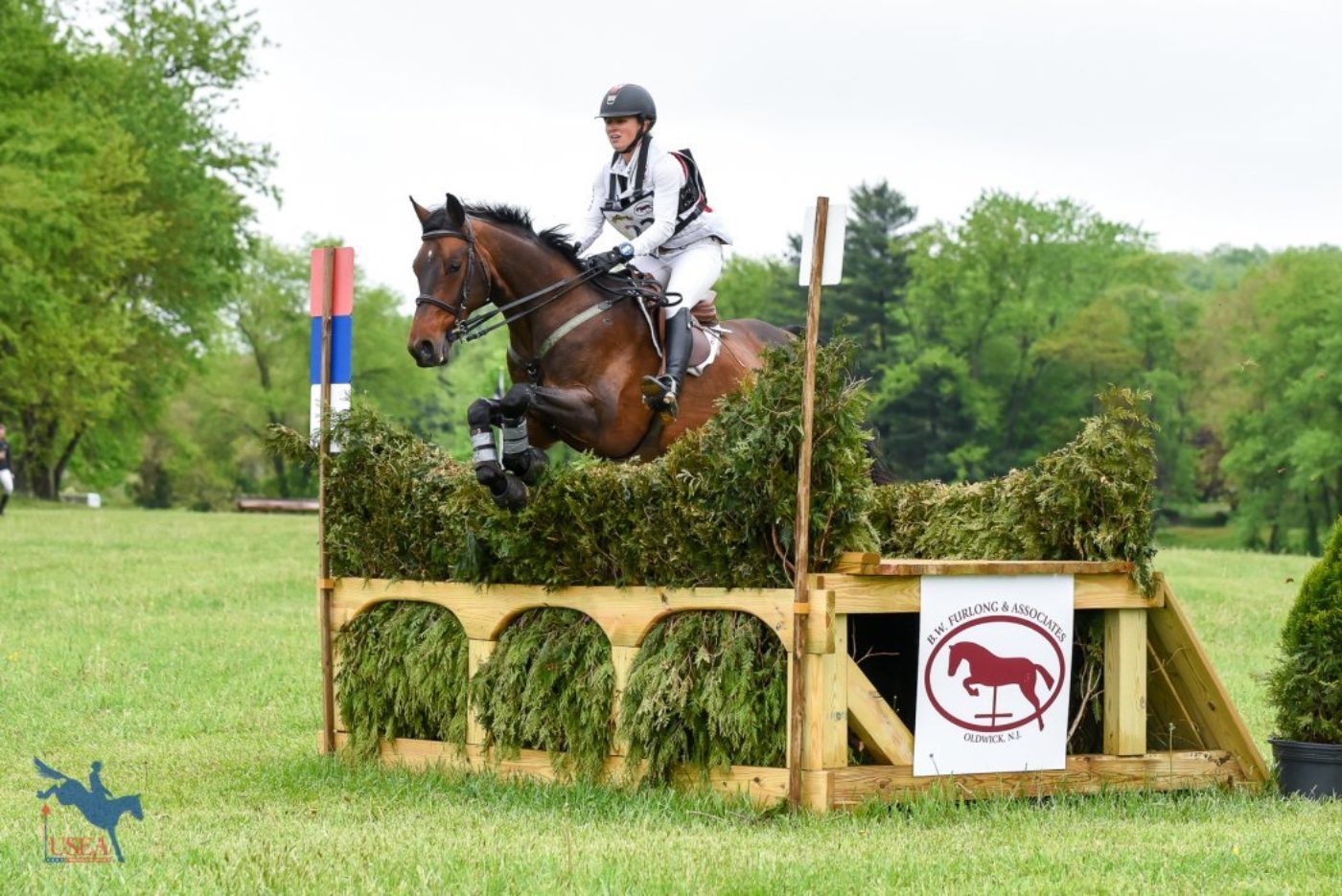 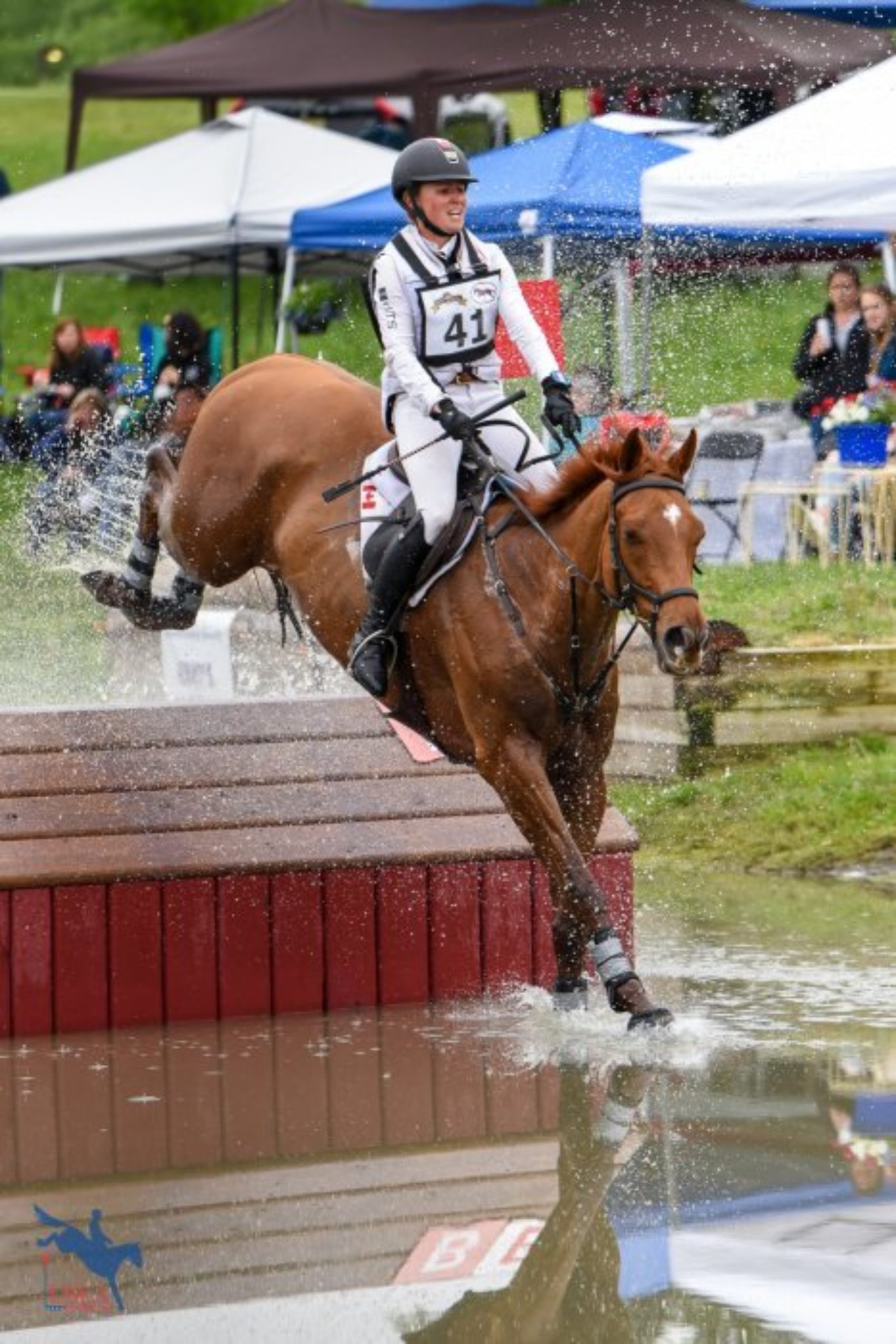 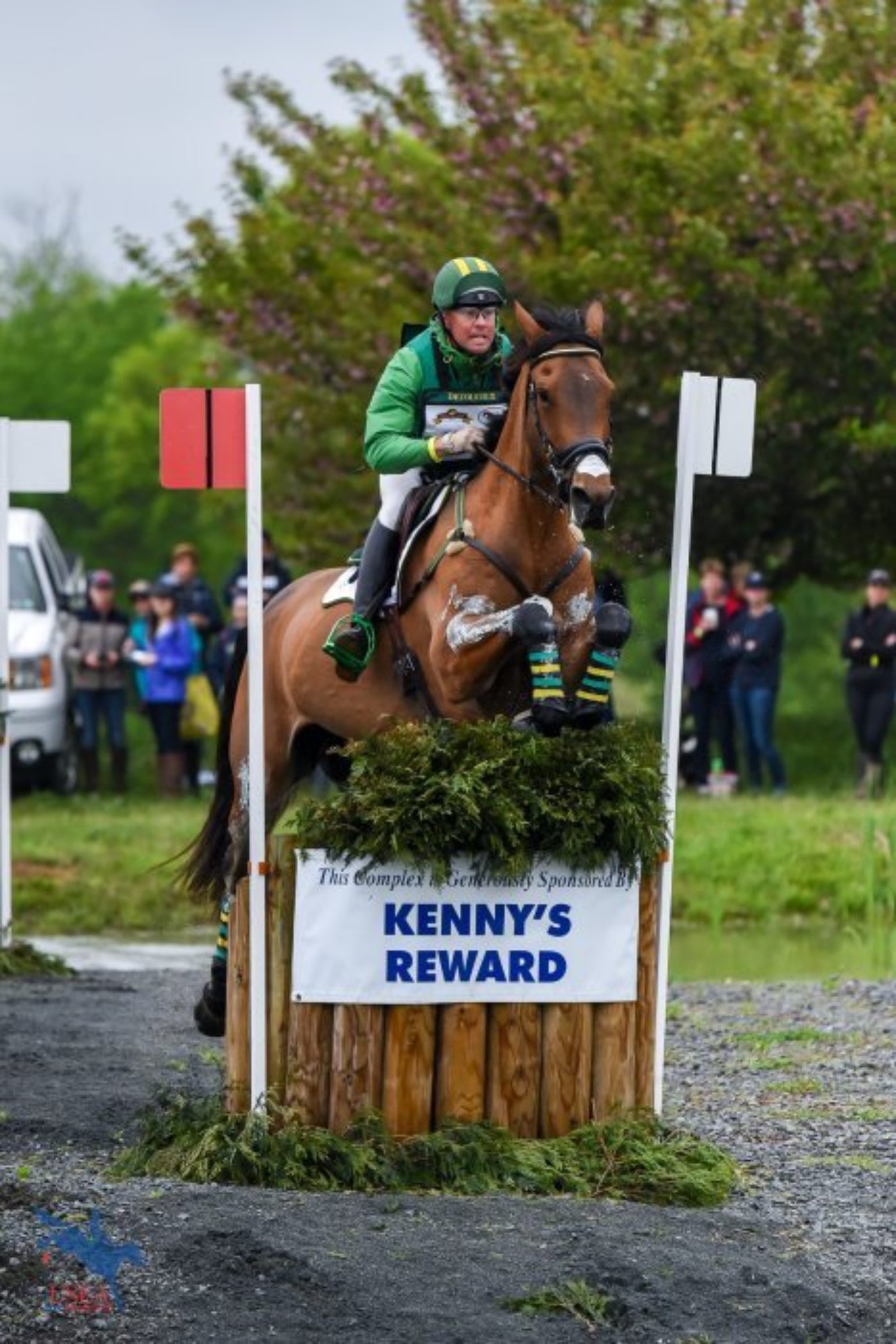 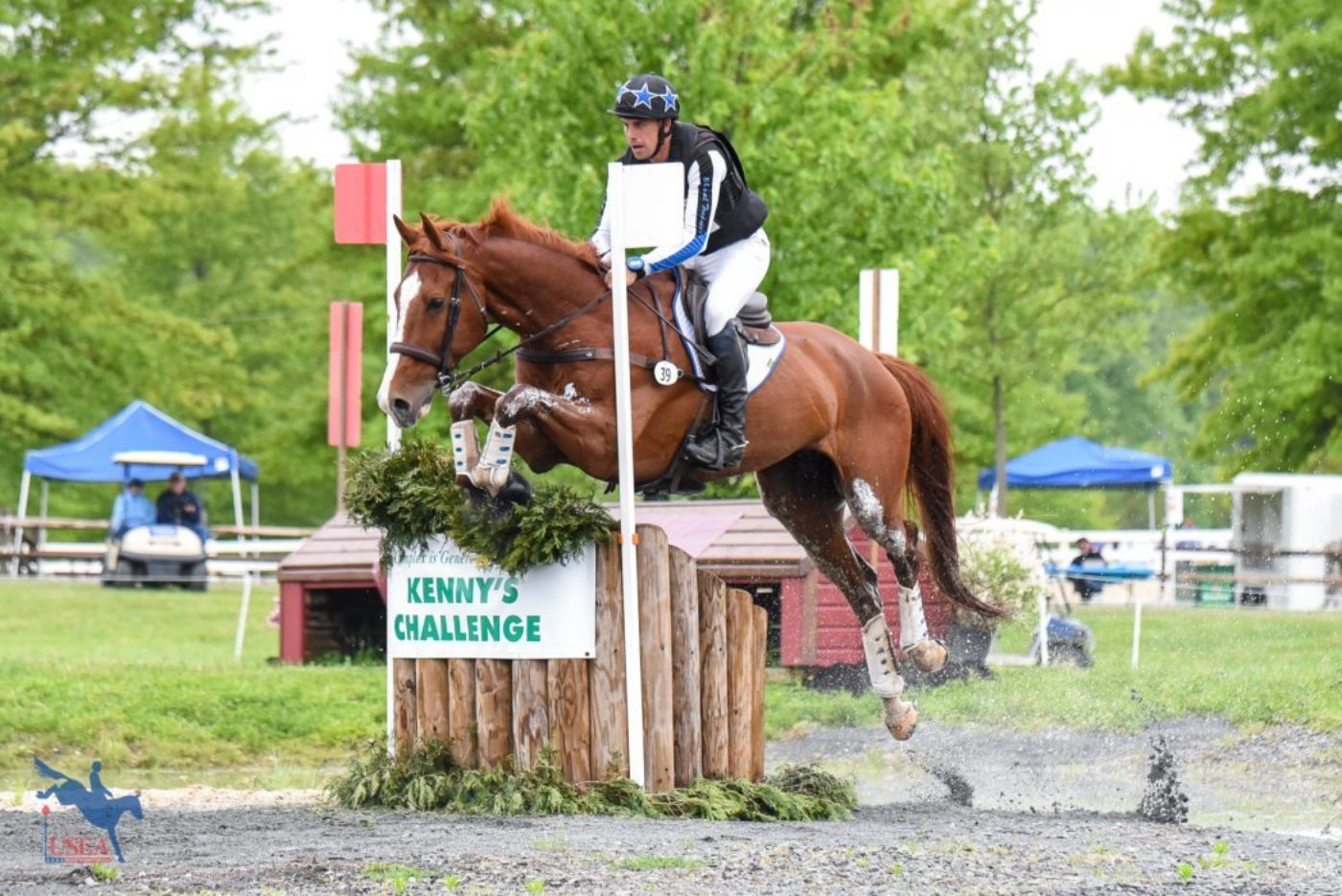