Now in its third year, the Land Rover Wellington Eventing Showcase has become a must-see spring competition as the best of the best are invited for their chance at a piece of the impressive $100,000 prize. Held over two days, these top riders give the dressage and show jumpers in Wellington, Fla. a peek at eventing.

After a successful fall season last year, no one was surprised to see RF Scandalous (Carry Gold x Richardia) and Marilyn Little atop the leaderboard after the dressage portion of the competition. The 12-year-old Oldenburg’s fancy footwork earned the pair a score of 24.9, which she attributes to her recent work with dressage trainer Bo Jena.

“We’ve been working on some things, trying to add more spark, so I wasn’t sure if the result was going to be positive or negative,” Little joked, but her concerns were easily brushed away. “I was worried she would be a bit fresh, but I was pleasantly surprised with her demeanor. She was very businesslike and on task.”

Like many riders, Little used the off season to fine tune her flatwork with Jacqueline Mars, Robin Parsky, and Pheobe and Michael Mander’s “Kitty.” “This is such a wonderful time of year when we’re all working on presentation pieces. Before you get into the meat of the season and really start having to go after fitness this is a wonderful time to work on things on the flat that you wish you could do better.”

Her second ride “Demi,” a 15-year-old Oldenburg mare owned by Jacqueline Mars, Raylyn Farms and Patrick Witte, also demonstrated her winter tune up joining Kitty in the top ten after earning a score of 29.4.

After finishing first and second with these mares at the Dutta Corp. Fair Hill CCI3* last fall, all eyes will be on Little’s shrinking dressage scores as she prepares both horses for the CCI4* at Luhmulen Horse Trials in June.

This showcase will be Powell’s first start of the year, but if his cross-country record is any indicator of performance, he should hold steady to his starting score. “It’s going to be challenging. There’s some good questions, and accuracy is going to be a factor,” he commented the Captain Mark Phillips course.

Wood finished less than a point ahead of friend and fellow Aussie Boyd Martin, who is riding Gloria Callen’s Welcome Shadow, who was his reserve for the Rio Olympic Games last summer. Their friendly rivalry seems a little more competitive this weekend as Martin returns at the back-to-back winner of this competition, and besting your dressage trainer’s husband on the flat doesn’t help either. “I’ve had a lot of help with Boyd’s wife on the dressage. It gets a little tough at the dinner table when I end up beating him,” Wood said jokingly.

“She’s a wonderful move and a real pleaser. She’s been at the Advanced level for two years now and I feel like we’re just starting to get some of our best work together,” he said. The partnership strength was apparent today as the 12-year-old Thoroughbred cross earned her lowest score at this level to date (26.5).

Finishing in fourth place was Hannah Sue Burnett and Harbour Pilot. “William,” a 14-year-old Irish Sport Horse bred and owned by Jacqueline Mars, ended day one on a 27.1. Just a hair behind them is last year’s dressage winners Allison Springer and the Arthur Syndicate’s Arthur on 27.2 penalty points.

The dressage competition was a clear example of the caliber of eventers here at the showcase. All top ten riders posted sub-30s dressage marks, a stark difference from last year’s competition where only one combination, Allison Springer and Arthur, scored in the 20s.

The 2017 entry list is even more star-studded than usual as William Fox-Pitt and Mark Todd have picked up catch rides for the competition. Fox-Pitt sits in 17th and 21st place while Todd is in 10th and 25th.

The competition continues tomorrow with Show Jumping at 10:30 a.m. and cross-country at 1:30 p.m. Follow the action by watching the live stream and live scores. 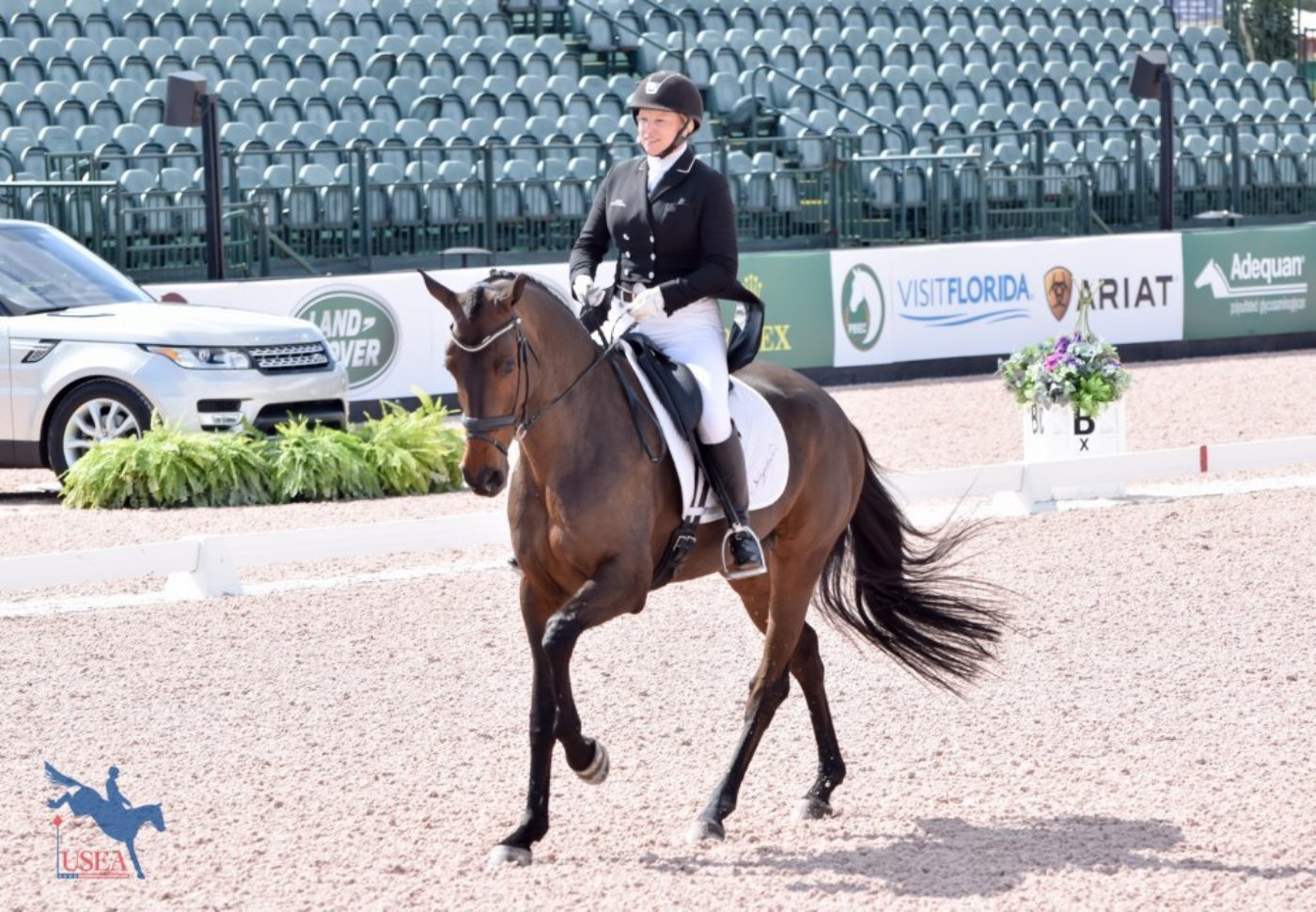 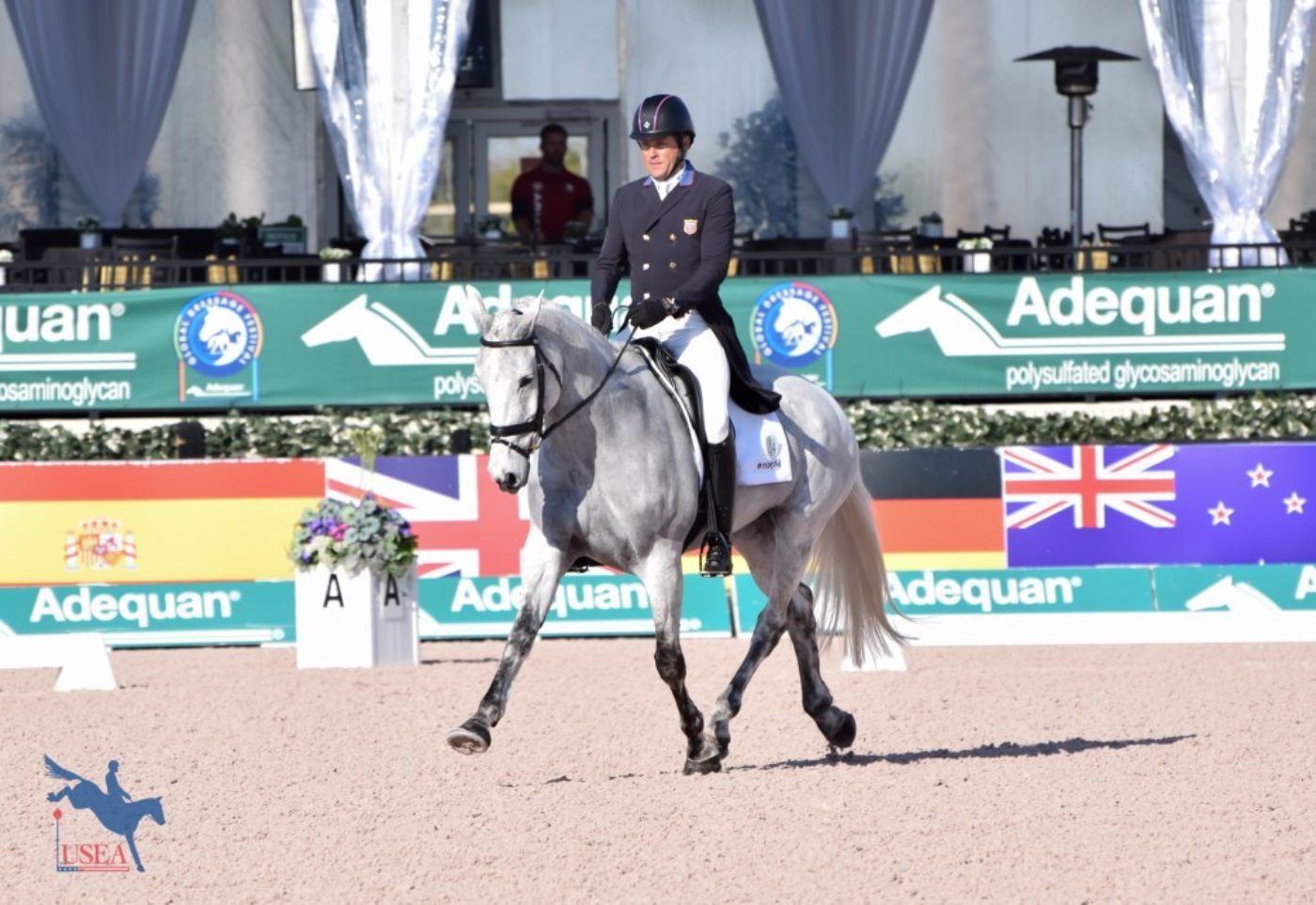 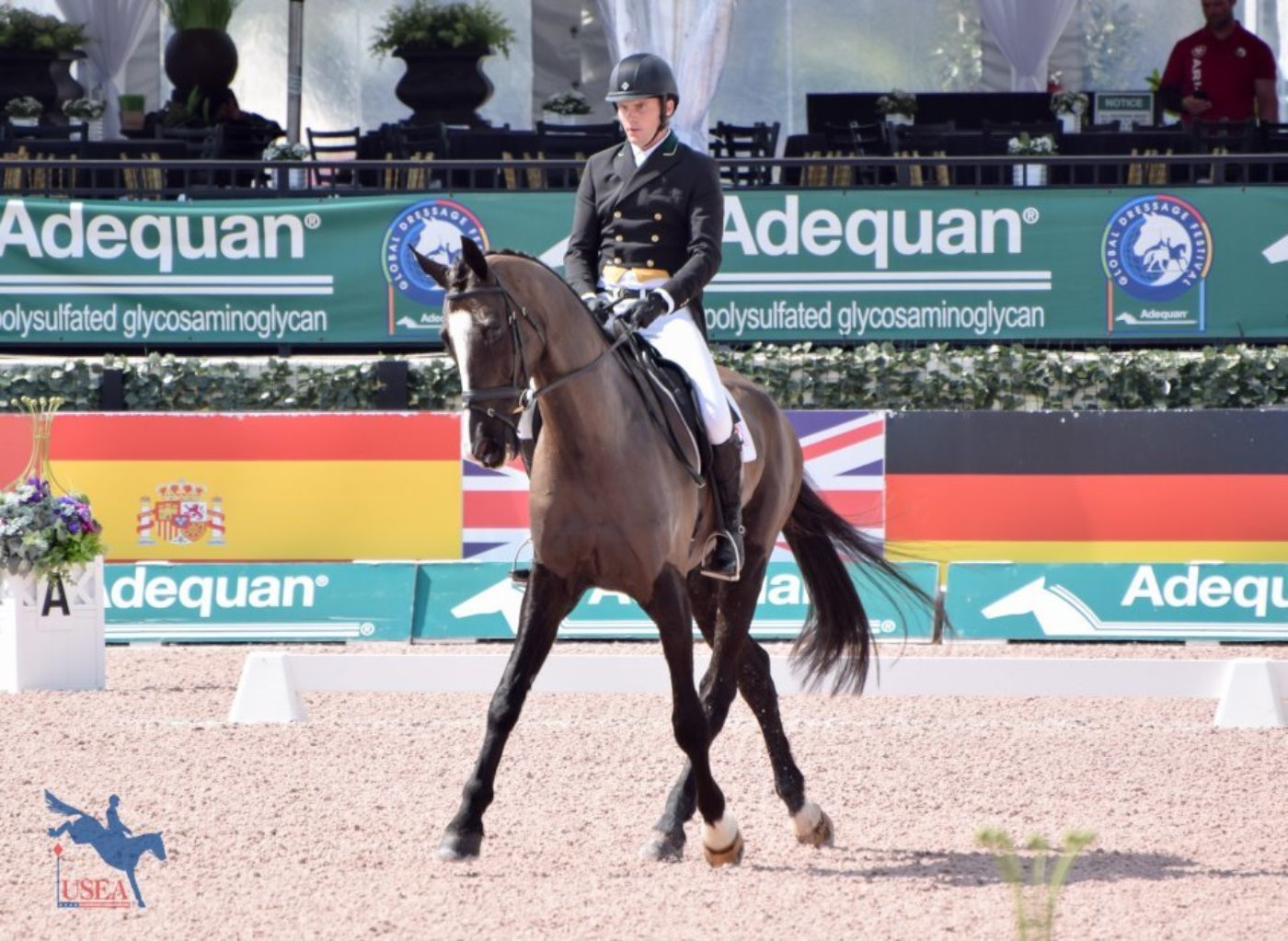 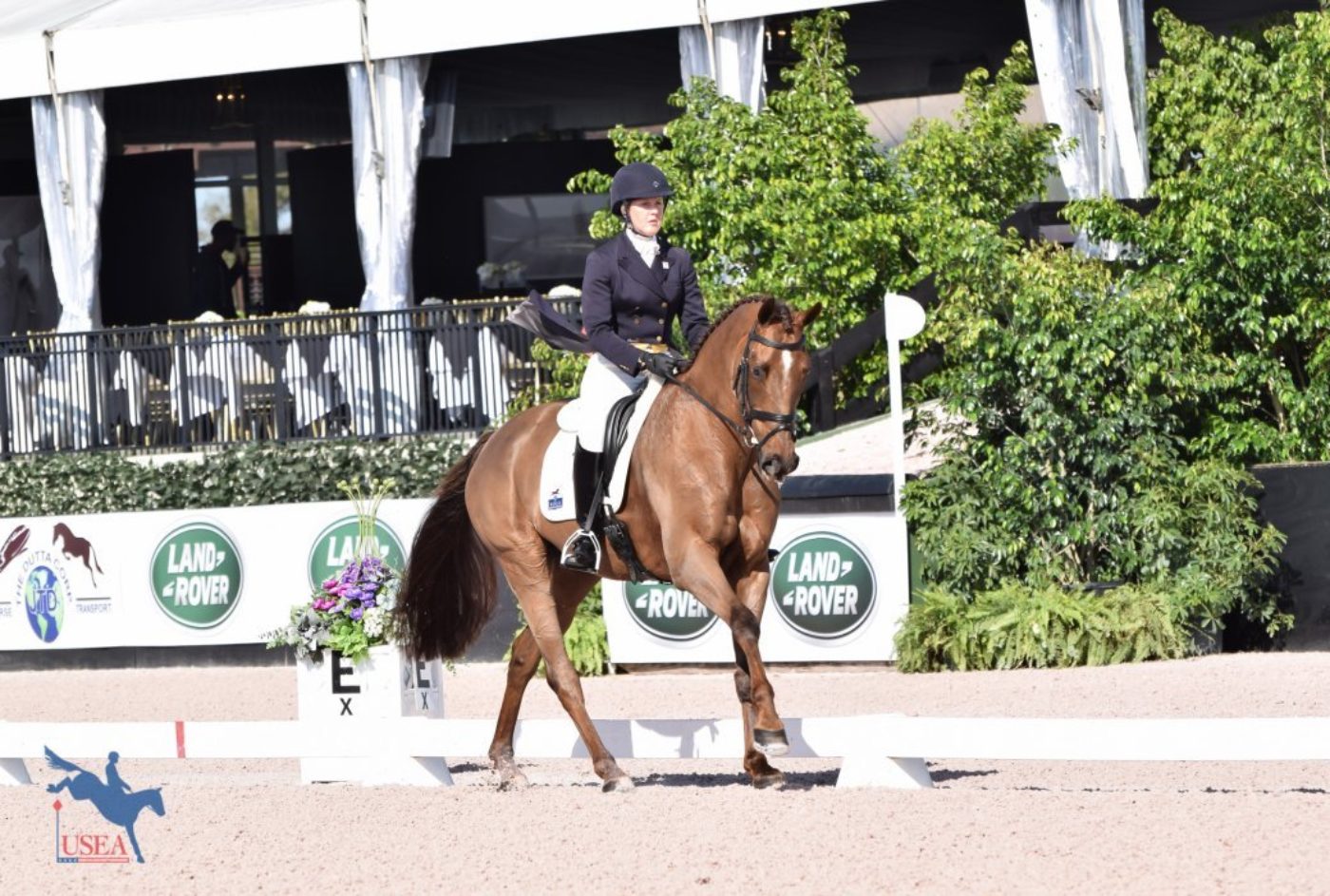 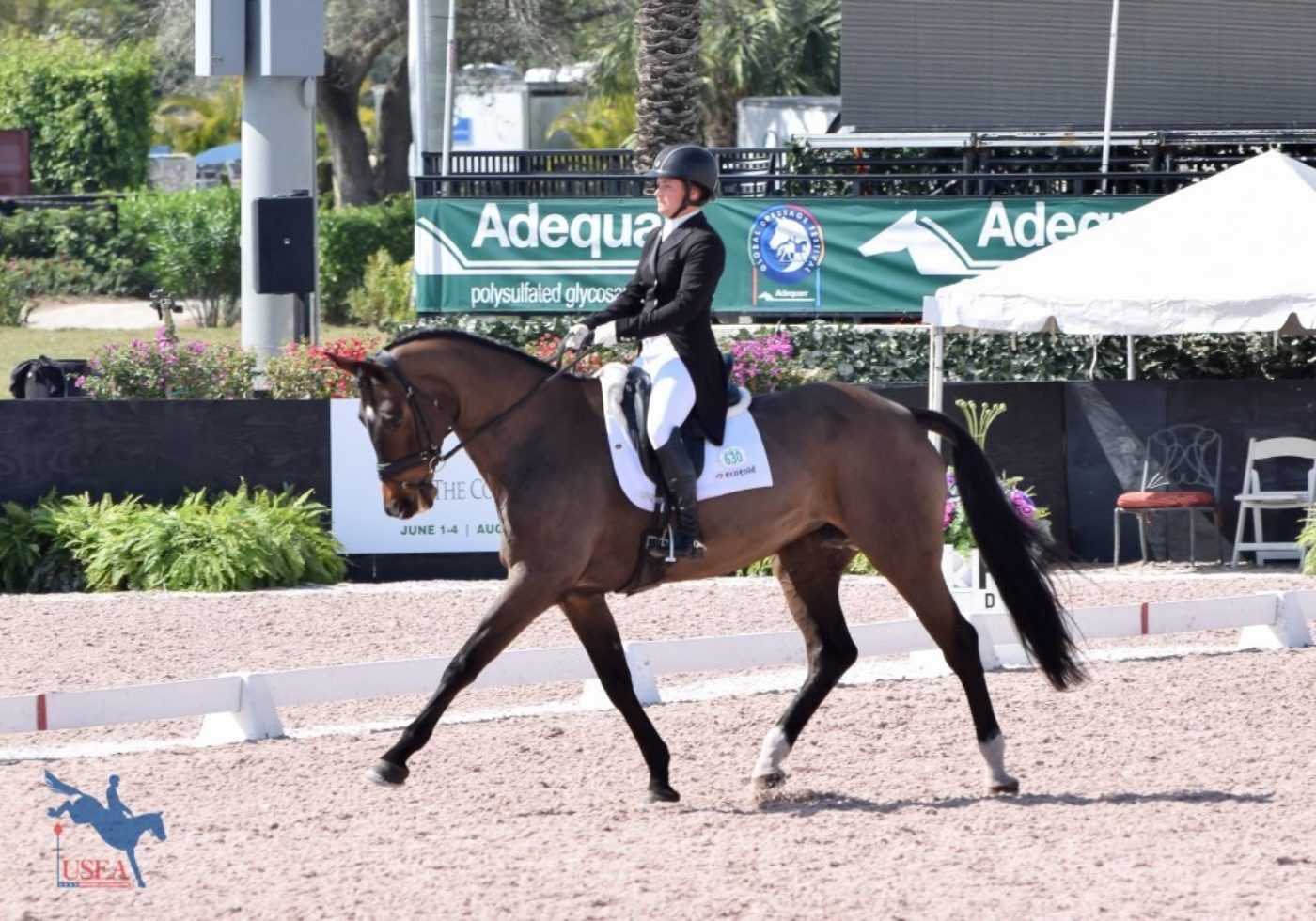 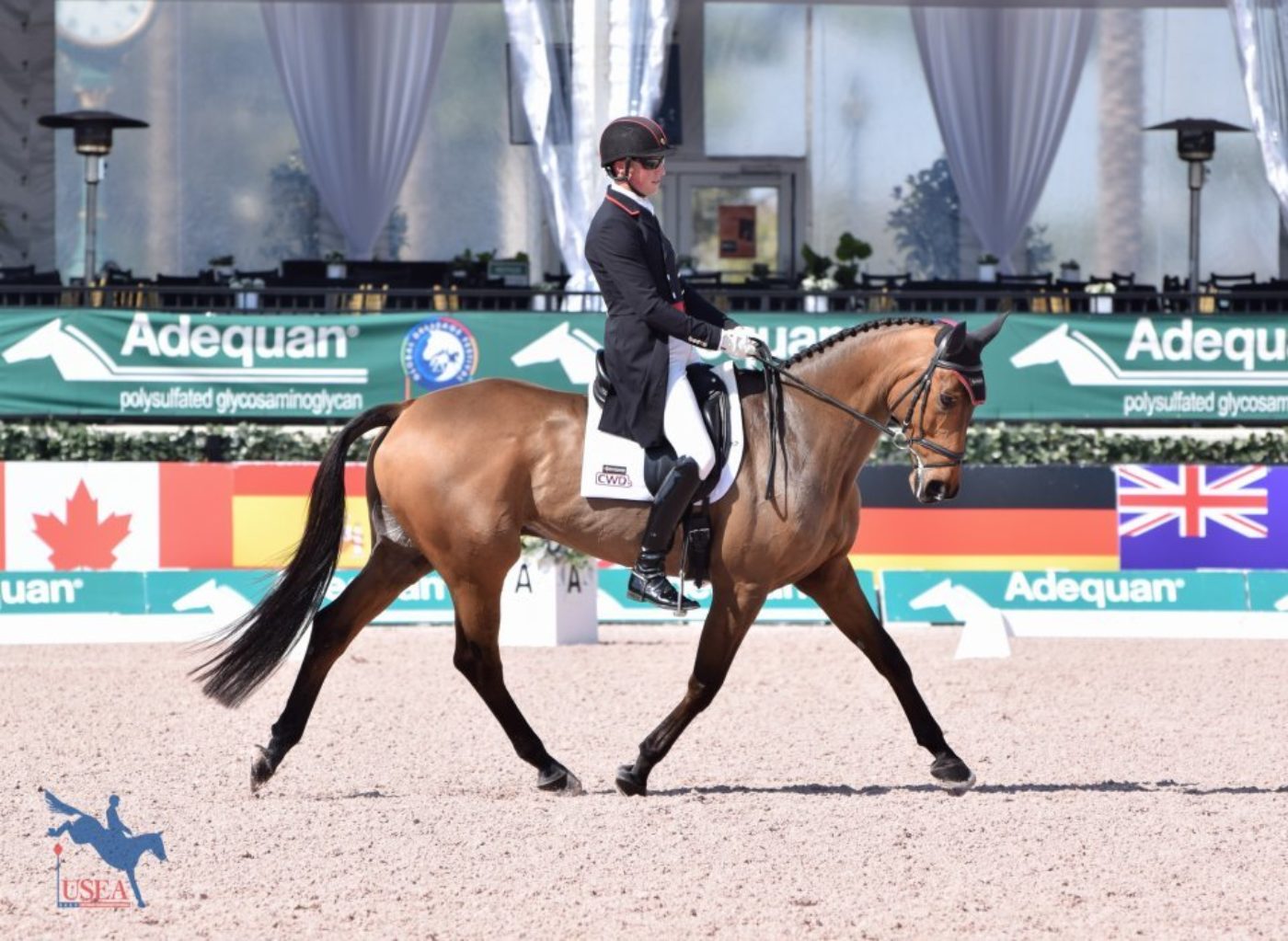 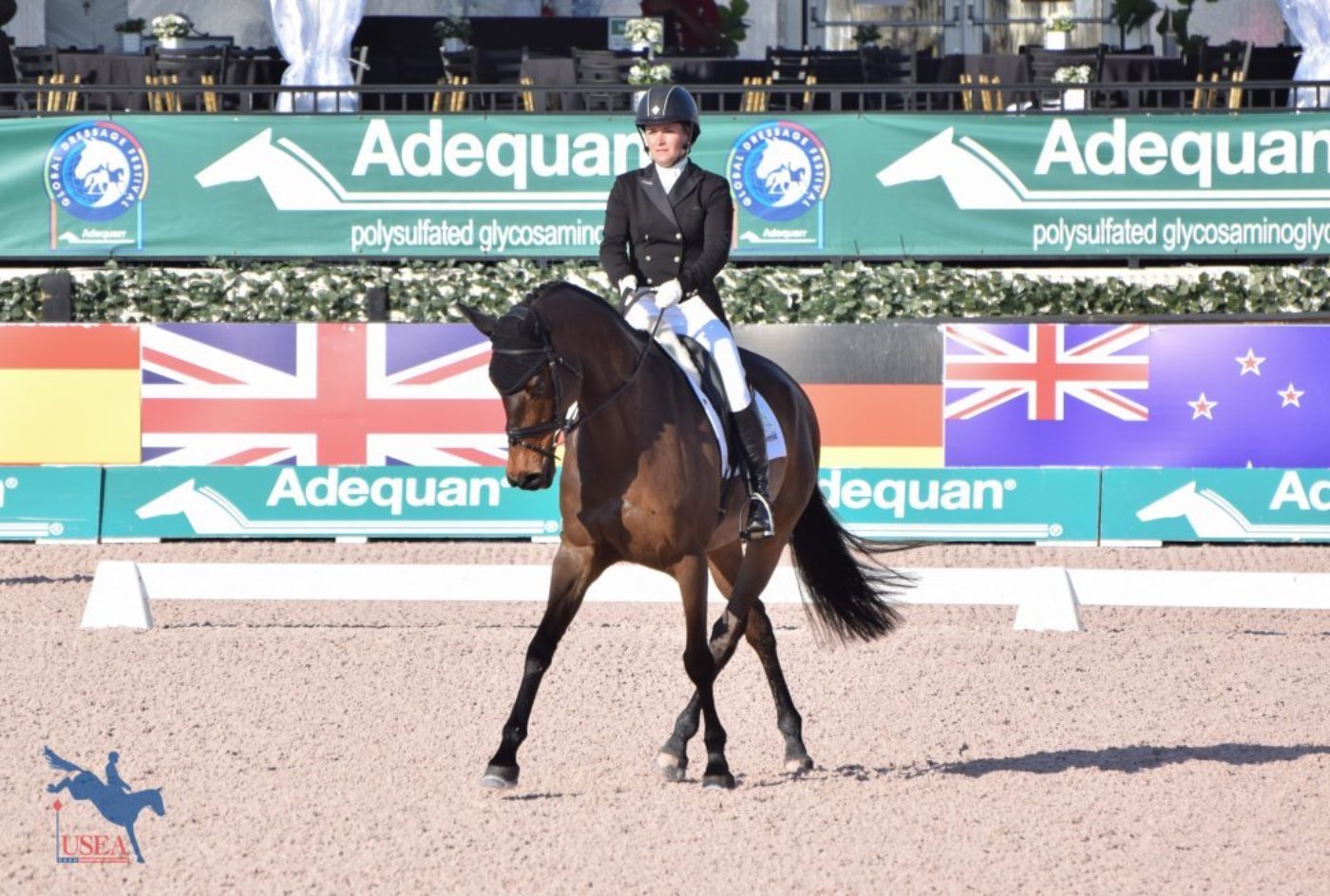 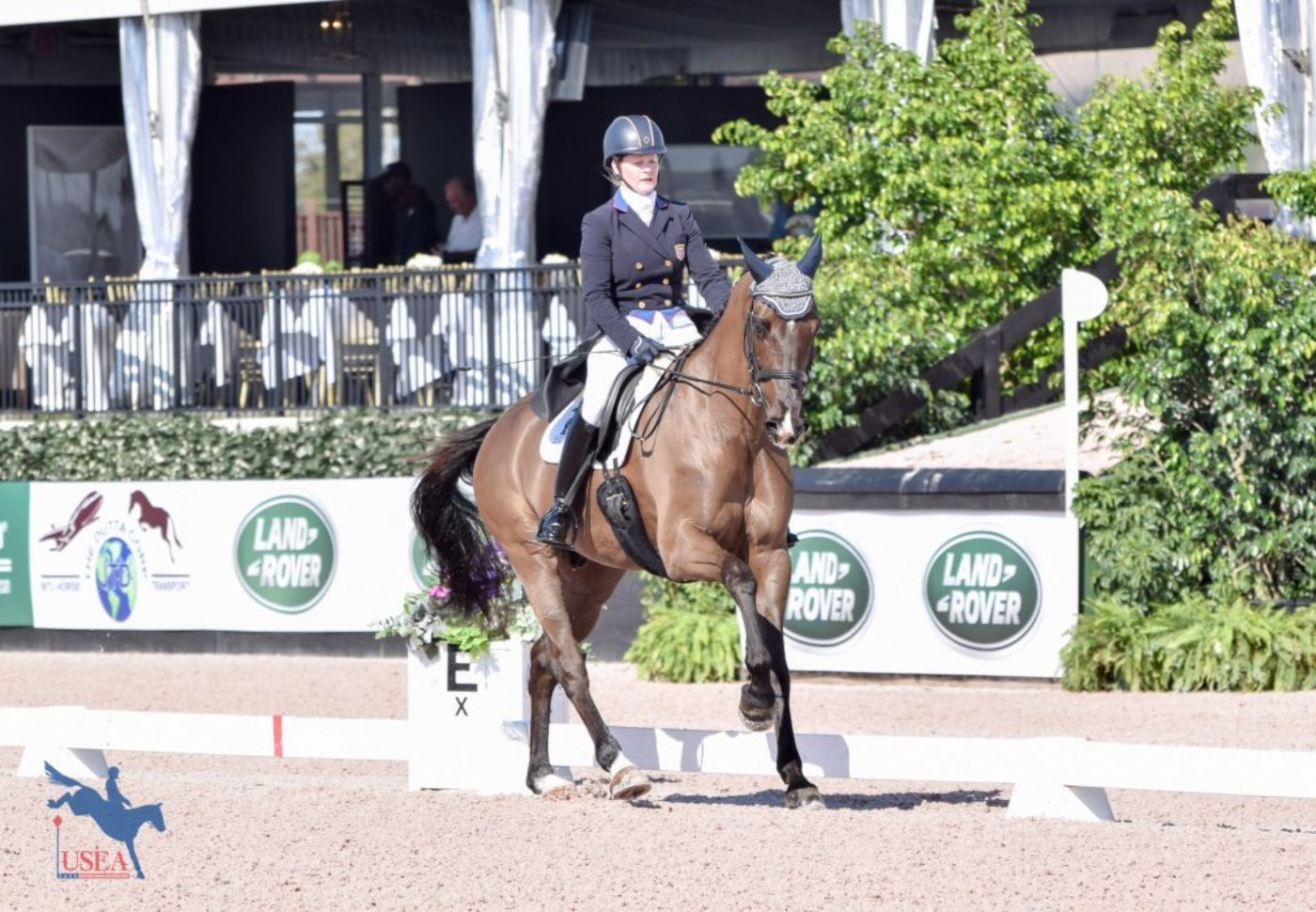 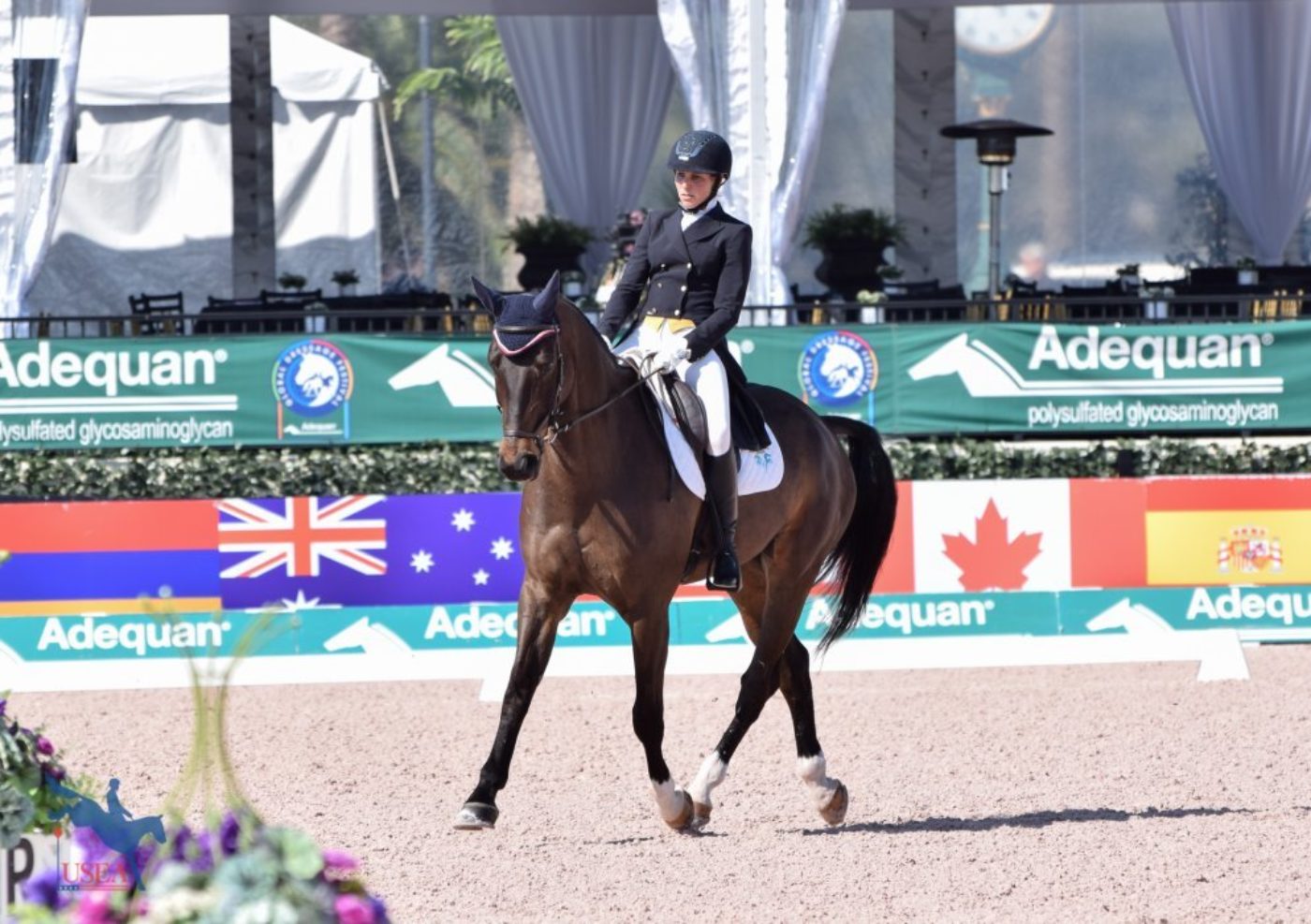 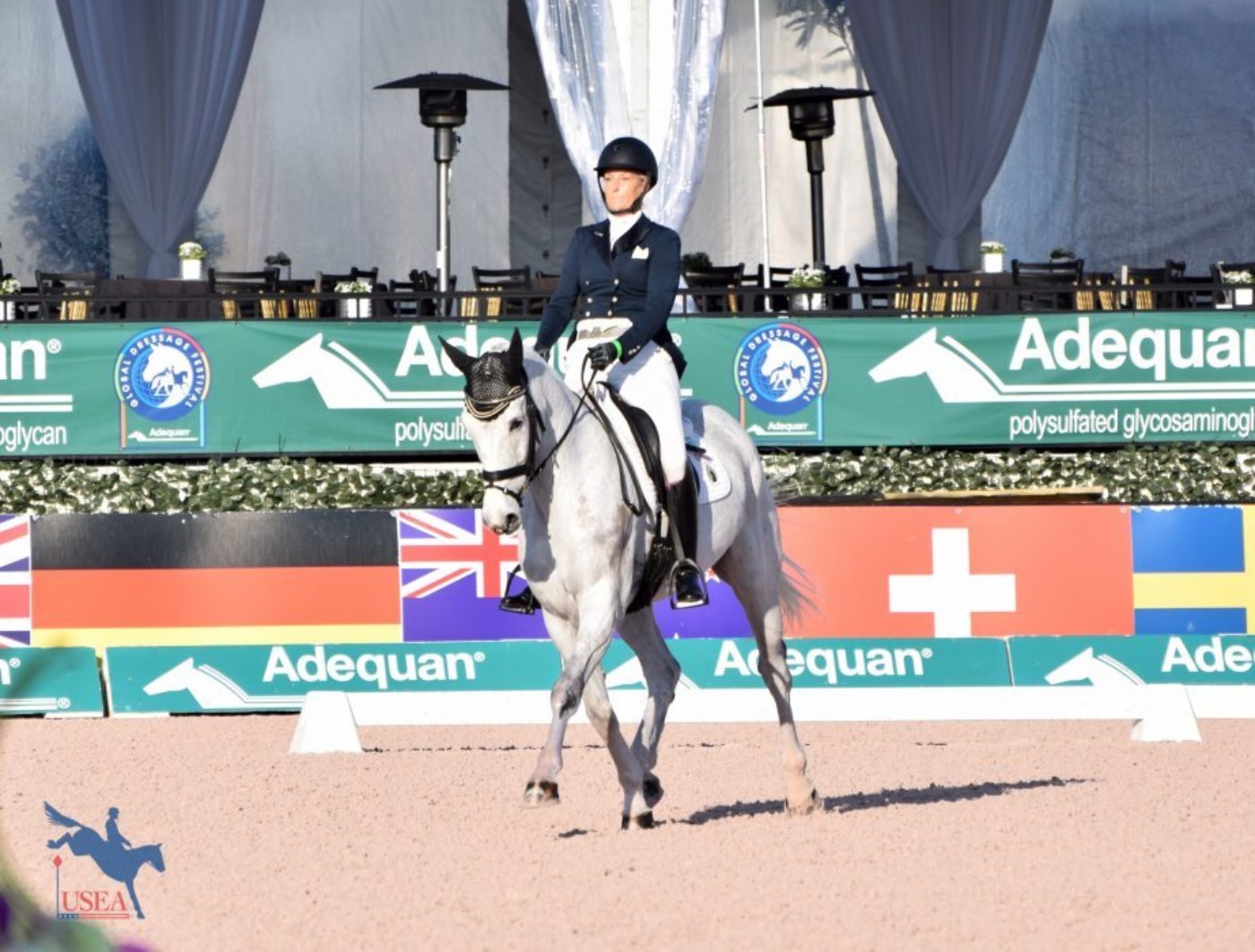