It was an excellent day of endurance for the Hylofit USEA Classic Series Three-Day divisions at the Coconino Horse Trials with twelve of the fifteen riders jumping clear across the country at the Fort Tuthill County Park in Flagstaff, Arizona. The tops of the leaderboards in the Training, Novice, and Beginner Novice Three-Days all remain unchanged with Chloe Bonnaure, Leslie Villela, and Eileen Morgenthaler maintaining their respective leads following four double-clear phases.

Chloe Bonnaure and her own 10-year-old Thoroughbred gelding Texas Red maintained their lead in the Training Three-Day division with a fault-free endurance day, leaving them on their dressage score of 26.4 heading into tomorrow’s show jumping competition.

“I was actually pretty nervous,” Bonnaure admitted. “Usually I keep my nerves at bay, but today it was just so much and I was so worried about finding the gates and everything. I knew that cross-country was going to go well since we had a good run last weekend, and I had the whole Anchor Equestrian team helping me and that calmed my nerves so much.”

“When we started [on roads and tracks] he just picked up a great trot and didn’t care at all,” Bonnaure described. “He woke up right away when we started [steeplechase] – I’ve never had so much fun on a horse, we had such a good run. We came in about 15 seconds fast and I wanted to stay ahead of the clock. Since I haven’t done this before I wanted to be sure about the timing and I didn’t want to be late so I started trotting pretty early [on phase C] and as I was coming towards the end I realized I had a lot of extra time so I let him walk and he felt so good, he didn’t want to walk at all.

“It was so cool coming into the box and having everyone there to help – it made my whole day,” she continued. “They did an amazing job, he cooled down super fast and was ready to go. We went out right at 10 minutes and we went to the start box and came out so ready. He patted the ground at the first fence and I don’t think he missed a single step. When we came off I think I was breathing harder than he was! I was super happy with him, I couldn’t have asked for a better ride today.”

“[For tomorrow,] I just want to make sure he’s super awake. He gets all-natural calming herbs and I think I’m not going to give them to him tonight to give him a little extra heat, and just make sure he gets a quick, super-snappy warmup. He was tapping some jumps toward the end today and I don’t want him to be too tired, but I think he’s going to recover great. I want a super quck, effective warmup and then go right in and sit deep and kick!”

Kimberly Storm and her own Bucky O'Hanlian (Sempatico x Kentucky Gamble), a 14-year-old German Warmblood gelding, dropped to third place after picking up 20 jumping penalties and 3.6 time penalties on cross-country to sit on an overnight score of 51.9

Leslie Villela and Diesel, Gayle Miller’s 13-year-old Thoroughbred gelding, remain on top of the Novice Three-Day division after a double clear endurance day to stay on their dressage score of 27.4.

“It was really good,” Villela said of her cross-country ride today. “He was really excited – he took off after some jumps but he was really good. This is my first [three-day]. It’s really fun – I liked the steeplechase, that’s my favorite part.”

Villela and Diesel have been partnered together for about a year and have moved up from Beginner Novice to Training together. “He’s pretty lazy most of the time, but today he decided to be really happy. He had a lot of time off, [his old owner] went through a divorce and he sat. Then someone leased him but she wasn’t doing really good with him. It’s been over a year since I started riding him and we started bonding.”

“I’m trying not to be too into me being in first place. I just want to ride, I don’t want to be thinking about it too much. He can be lazy [in show jumping], we just have to get him together and after all the cross-country I feel like he’s going to be flat so we’re really going to be working in the warmup on keeping him together.”

Lucy Leff and her own Amarillo (Rocky Creeks Sail Away x Daisy), a 14-year-old Palomino gelding, stayed on their dressage score of 31.9 to move up into third place.

Eileen Morgenthaler and her own 8-year-old Trakehner gelding Chicago GS continue to lead the Beginner Novice Three-Day on their dressage score of 23.6.

“I haven’t done [a three-day] for six or seven years, and so I was really focused on making time because I was really worried about not making time, even though he’s got a really big stride. We made time, we even came in early and I was really happy about that. I got lost coming back and I couldn’t find the exit to get over the road for the final loop for phase C, but everything else was pretty good. You had to know the course – this is not Twin, this is not Rebecca.”

“I don’t feel like I rode as well as last weekend, I think I was a little anxious on the cross-country but he’s such a remarkable horse that I put him a little long, he takes it, I buried him underneath it, he digs out,” Morgenthaler shared. “The vet box was great. Everyone has been so nice and it’s so low-key.”

“He’s really good [in show jumping],” Morgenthalen said. “He can get on the forehand, I just need to make sure he’s balanced, that’s my big deal. The fences are not an issue – it’s my issue – because he’s so talented. I need to balance him back and then just keep my leg on and we should be fine.”

Jessica Kammeyer and her own a 15-year-old Trakehner gelding Sunny Side Up jumped double clean to hold onto third place on a score of 27.1.

Course Designer James Atkinson explained that the courses he designs for Coconino are quite different than the courses he designs at other venues, and the wooded nature of the property plays a huge part in that. The property ownership changed over from the State to the County two years ago and the County came in and thinned down the woods quite a bit last year, which has opened up the space and given the cross-country course a different look. “It’s really different with the trees,” he explained. “You have to really ease them into the top spreads. It’s not a Twin Rivers course, or any other kind of course, honestly, but it’s what the conditions will allow for.”

One of the major differences is the footing, which is quite rocky in places. Wood chips have been spread over top of the rocks and soil, making for an interesting footing. However, Atkinson explained that it acts like GGT footing in a lot of ways. “The ground here has some of the meanest looking rocks you’ve ever seen. Even if you have a dirt path, and you try and keep it, the dirt erodes and only the rocks are left. The wood chips, on it in a measured amount, works. It feels pretty good to gallop on, actually, and it holds on to some of the moisture – it does all the things GGT is supposed to do. Now, if I get it too thin it gets too close to the rock and if I get it too thick it gets kind of shifty – it pushes away but it feels heavy. It’s been a learning curve for me, trying to find the right thing, but I’ve got the right mixture now.”

Atkinson is adamant about flagging both the front and the back of top spread fences because of the way the horse perceives the jump. “I want the front to be more important than the back,” Atkinson explained. “I’ve been using an analogy to explain it. If you’re building an oxer in show jumping and you have wing standards and pole standards, which ones do you put in front? The wing standards. Have you ever tried jumping it the other way? You can’t keep the front rail in the cups.”

The final horse inspection will take place tomorrow morning at 8:00 a.m. followed by show jumping, which will start at 9:00 a.m. 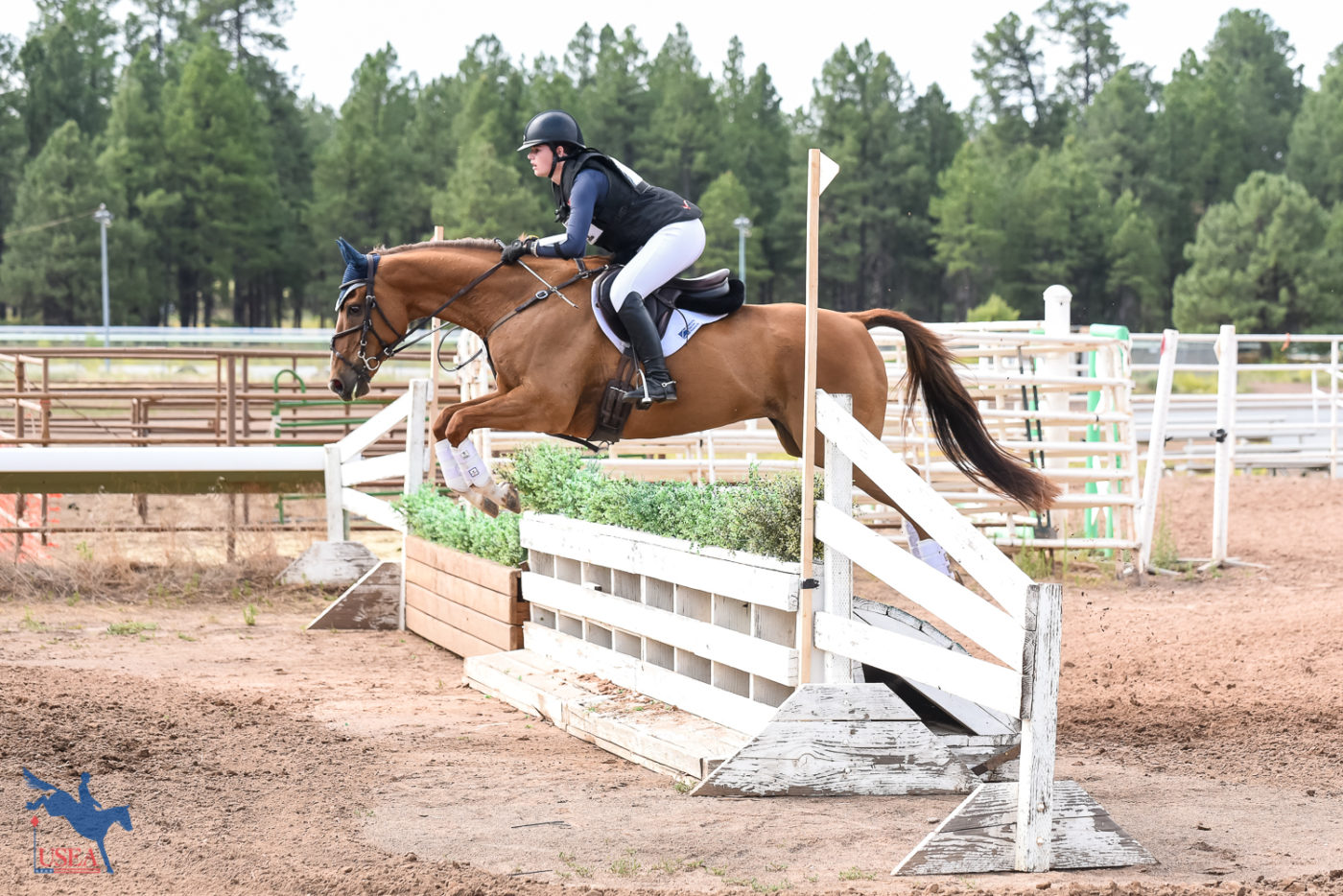 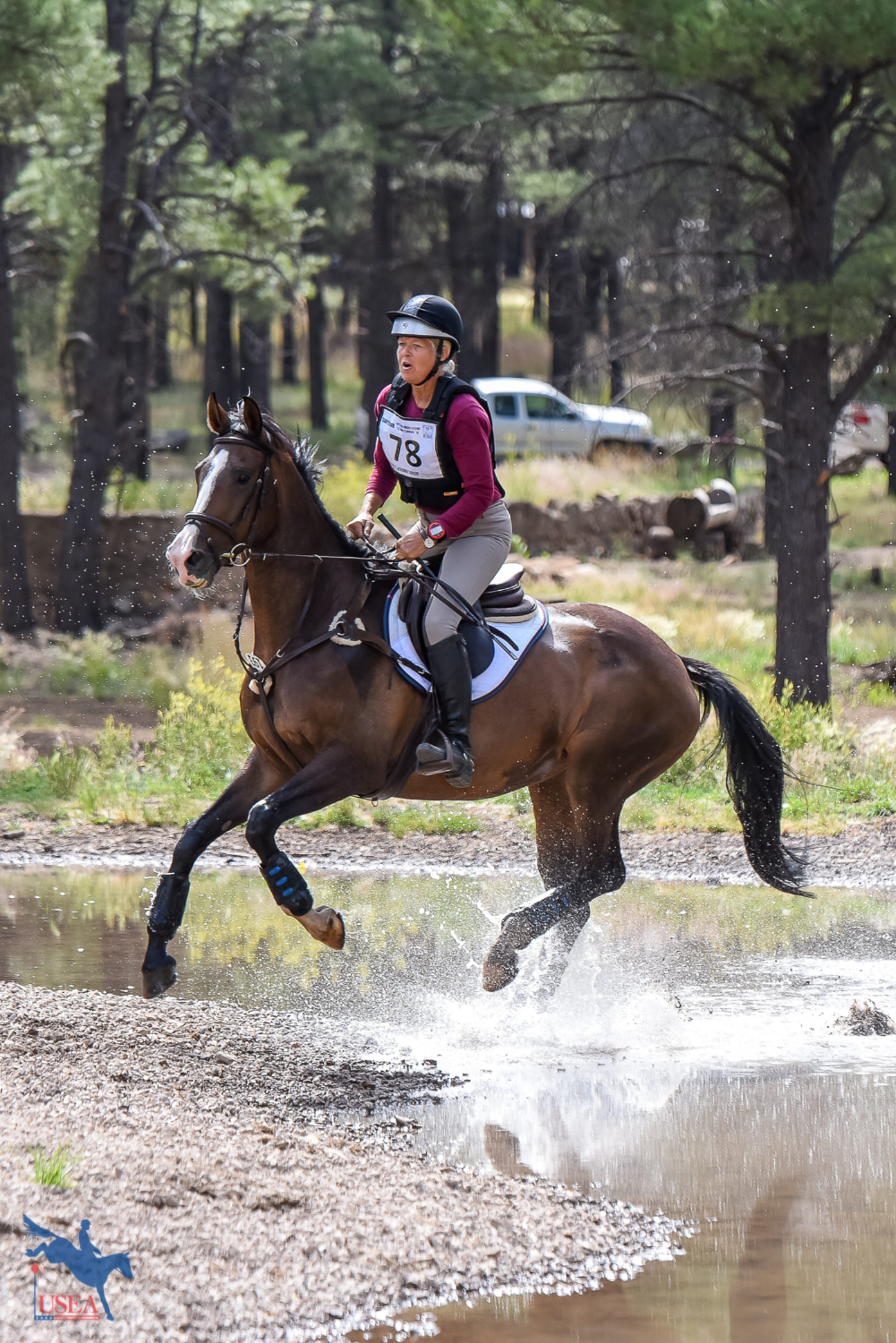 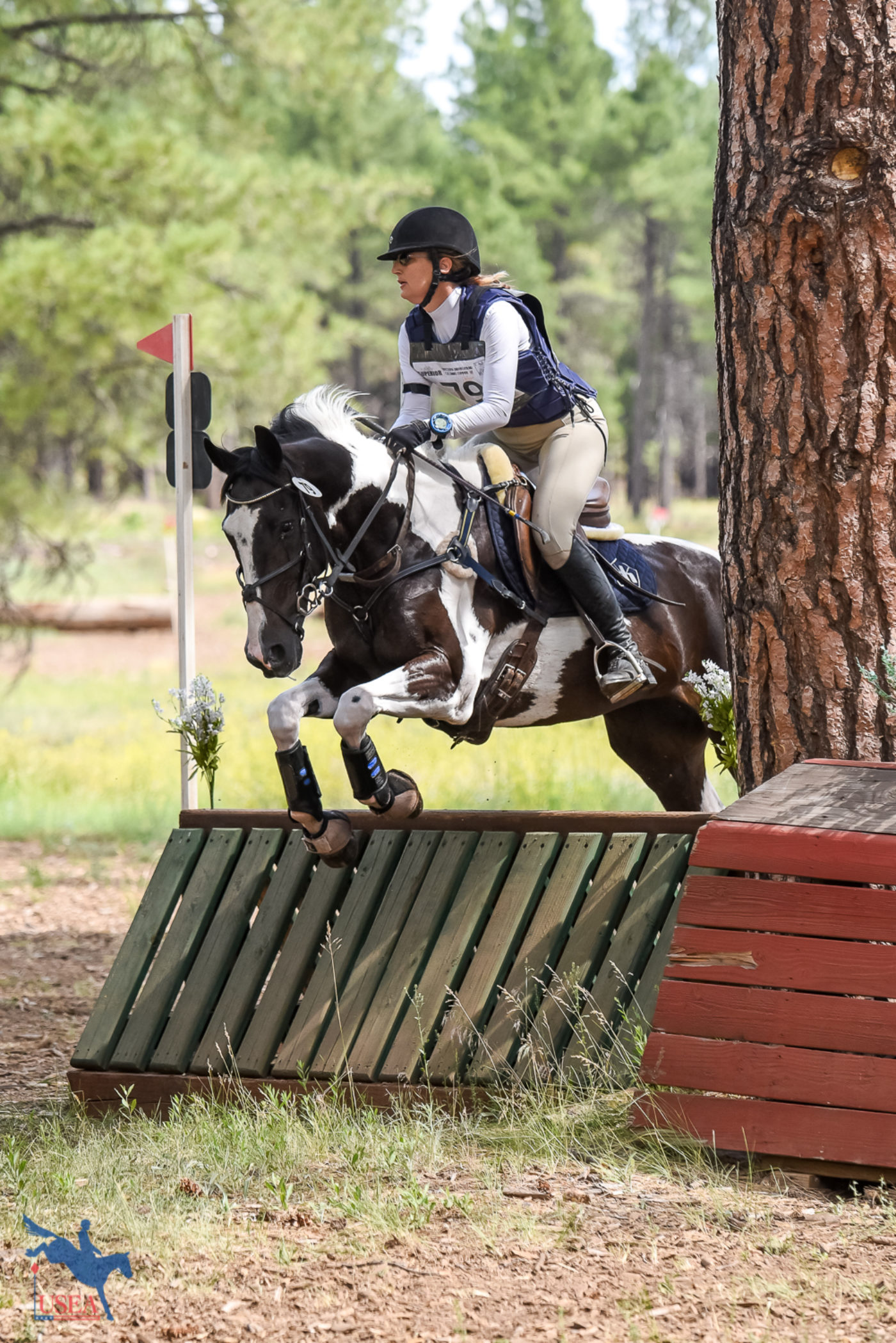 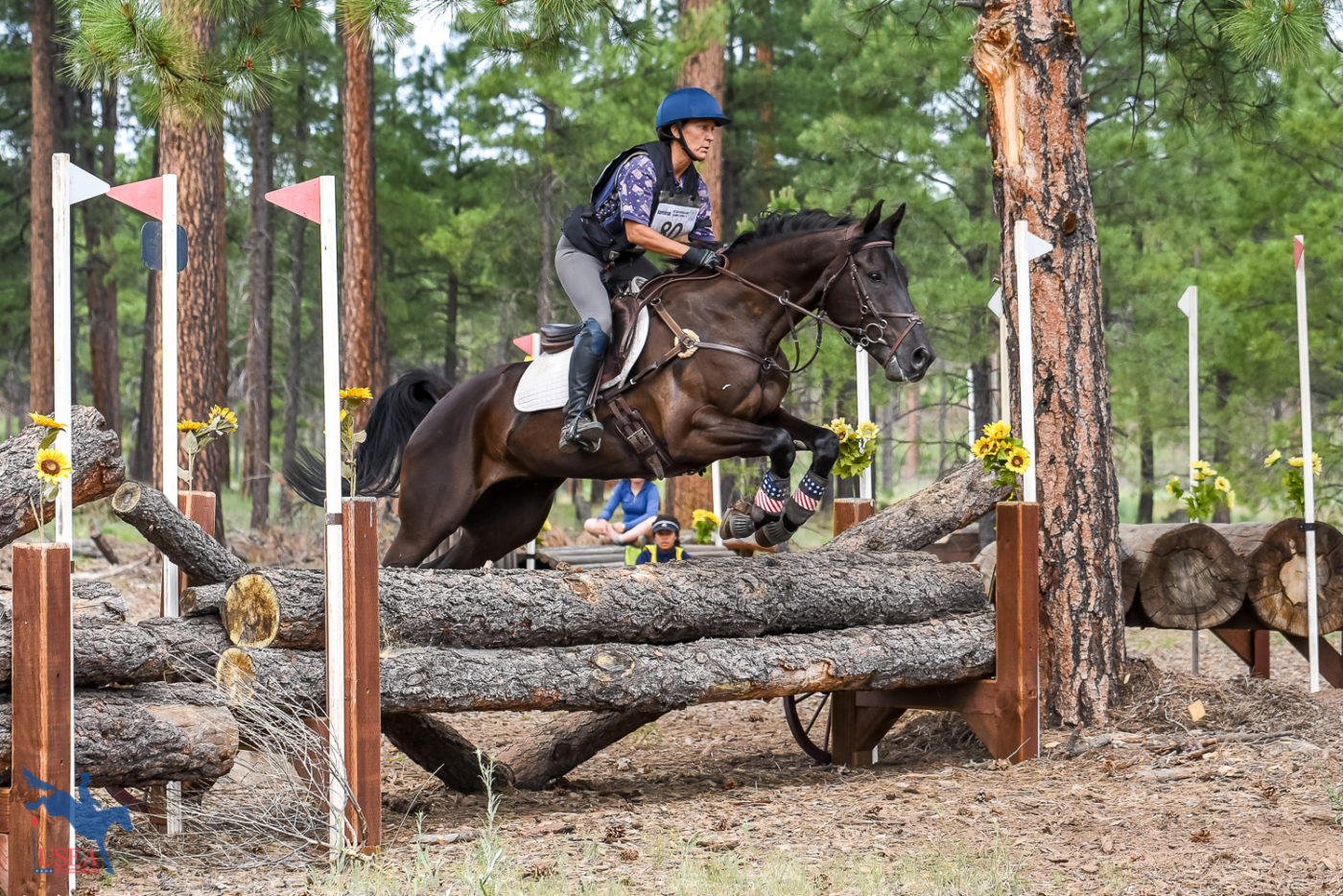 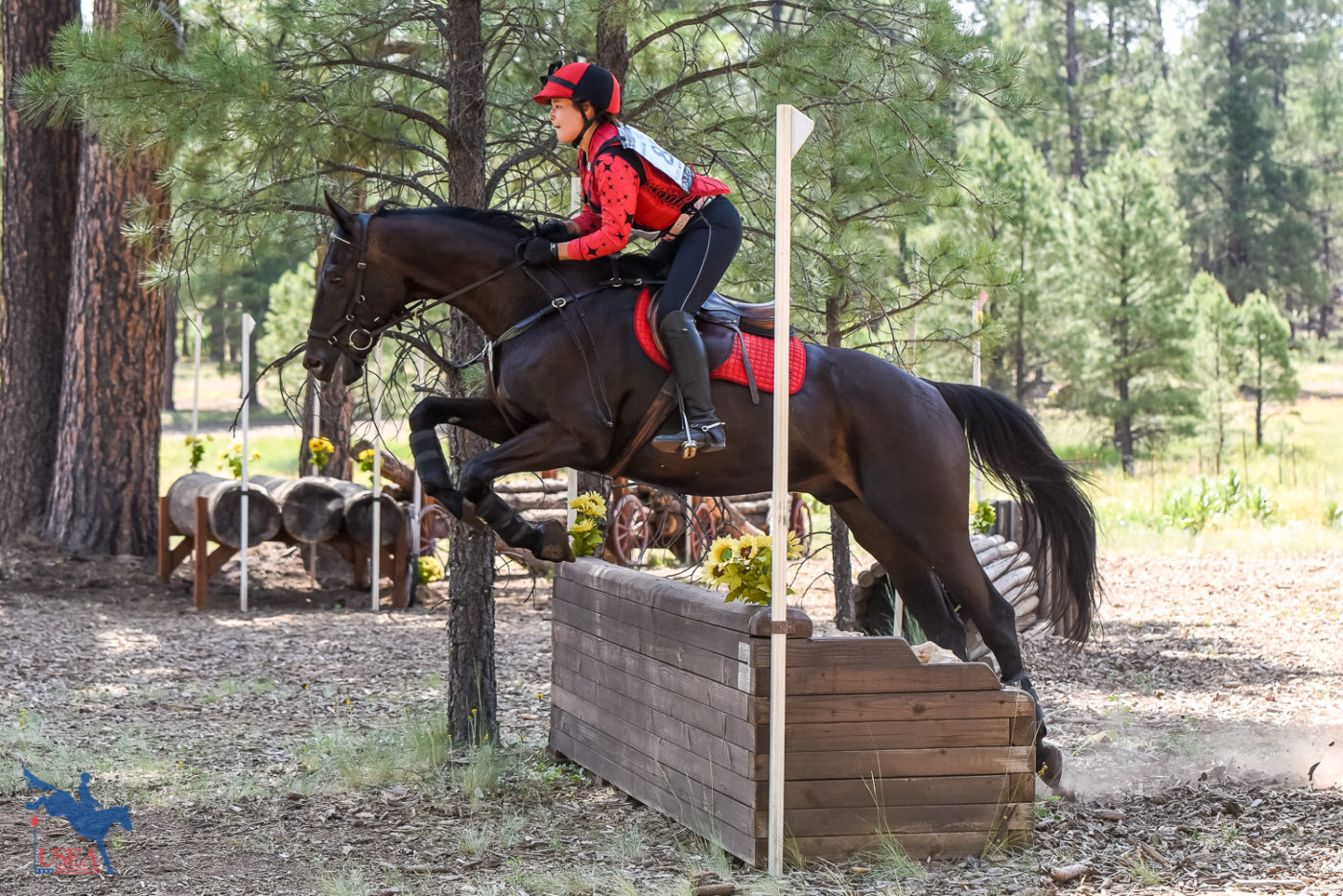 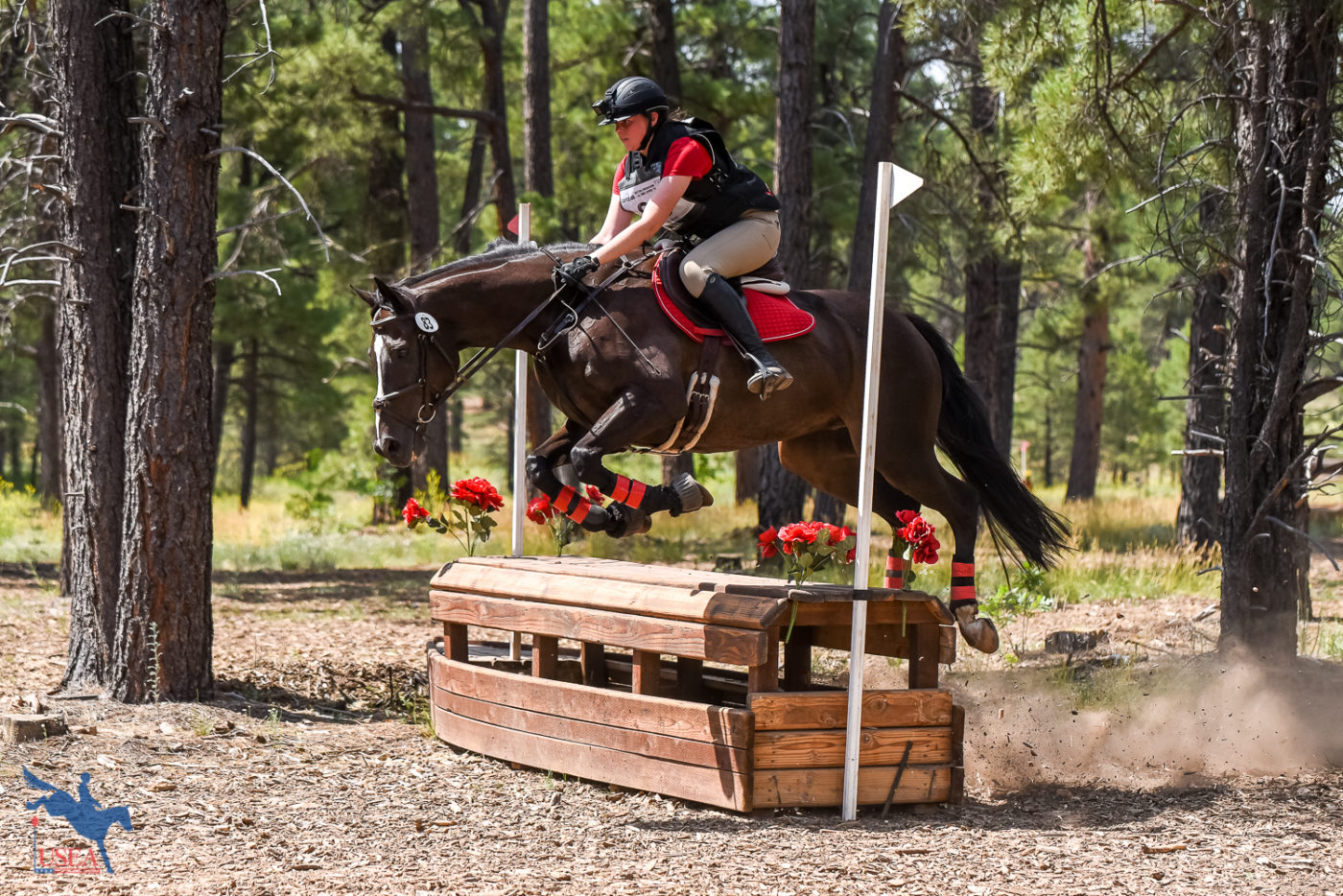 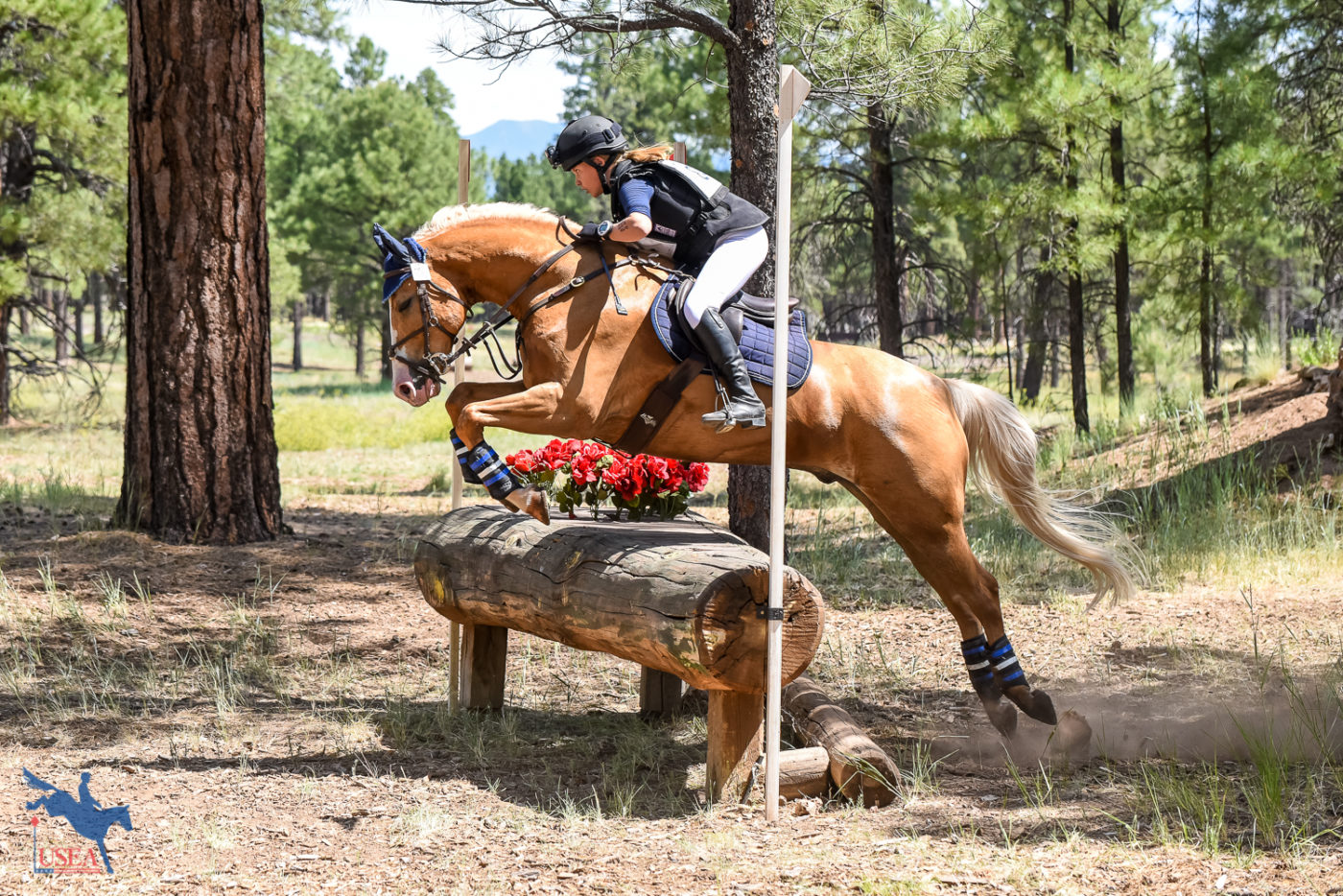 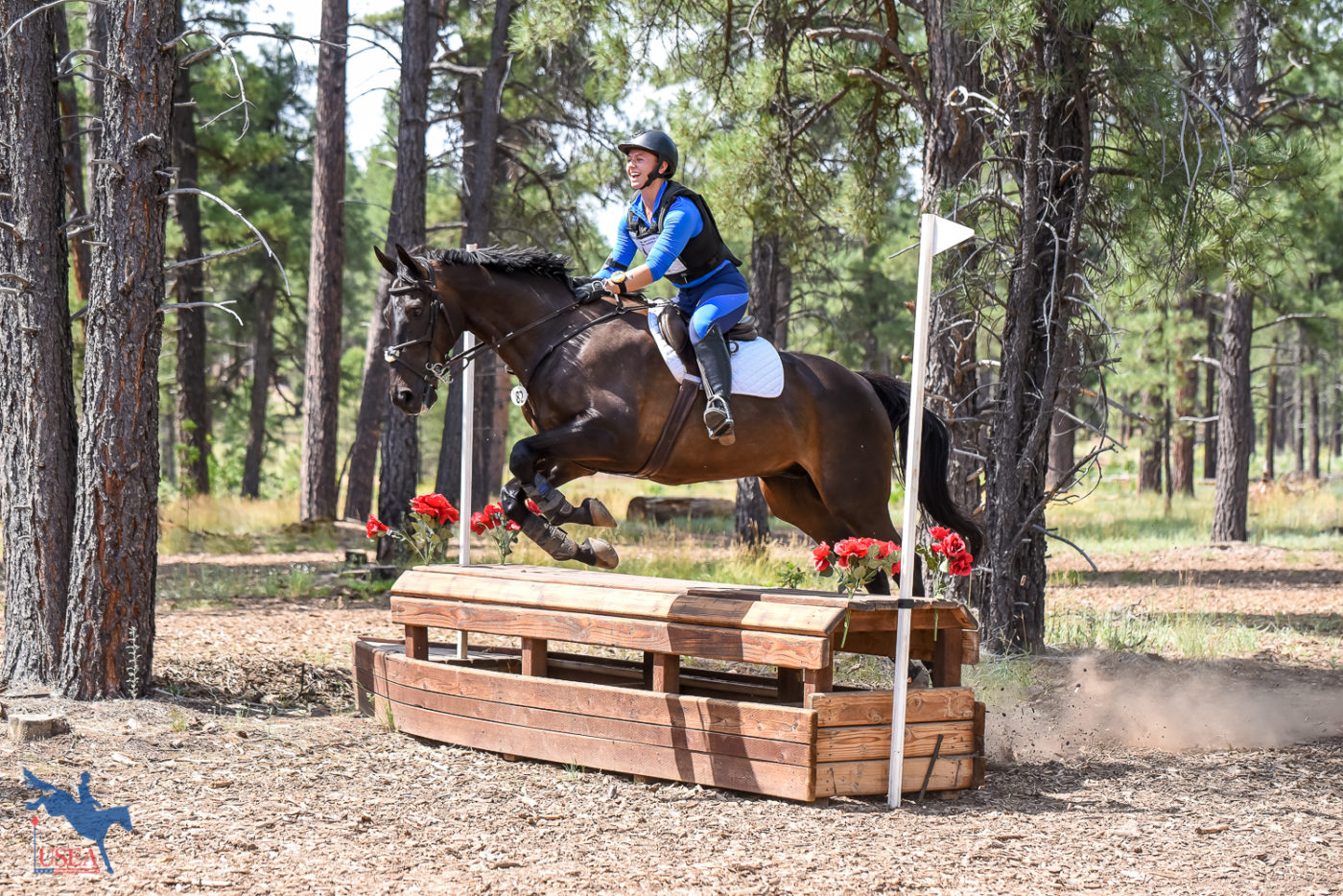 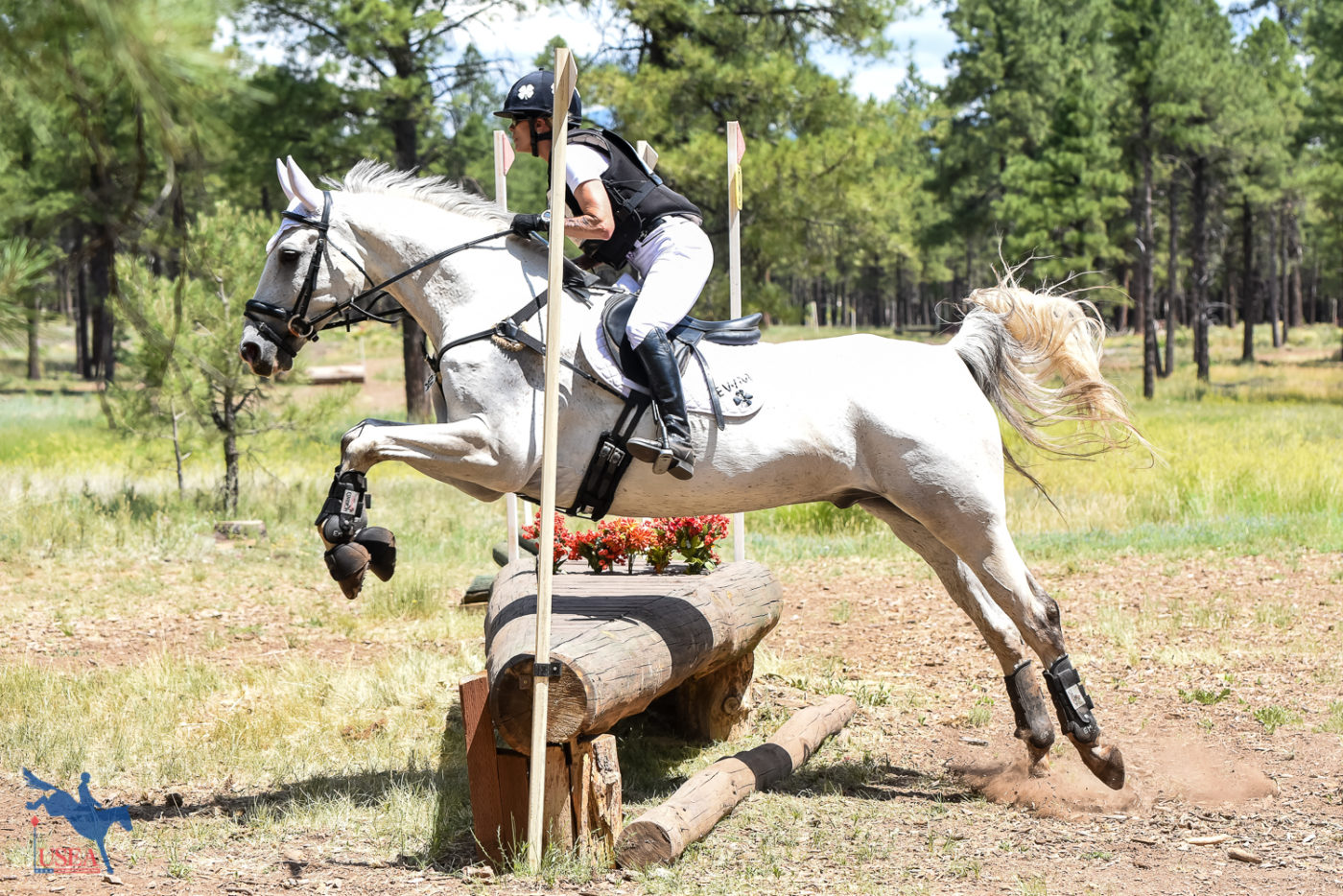 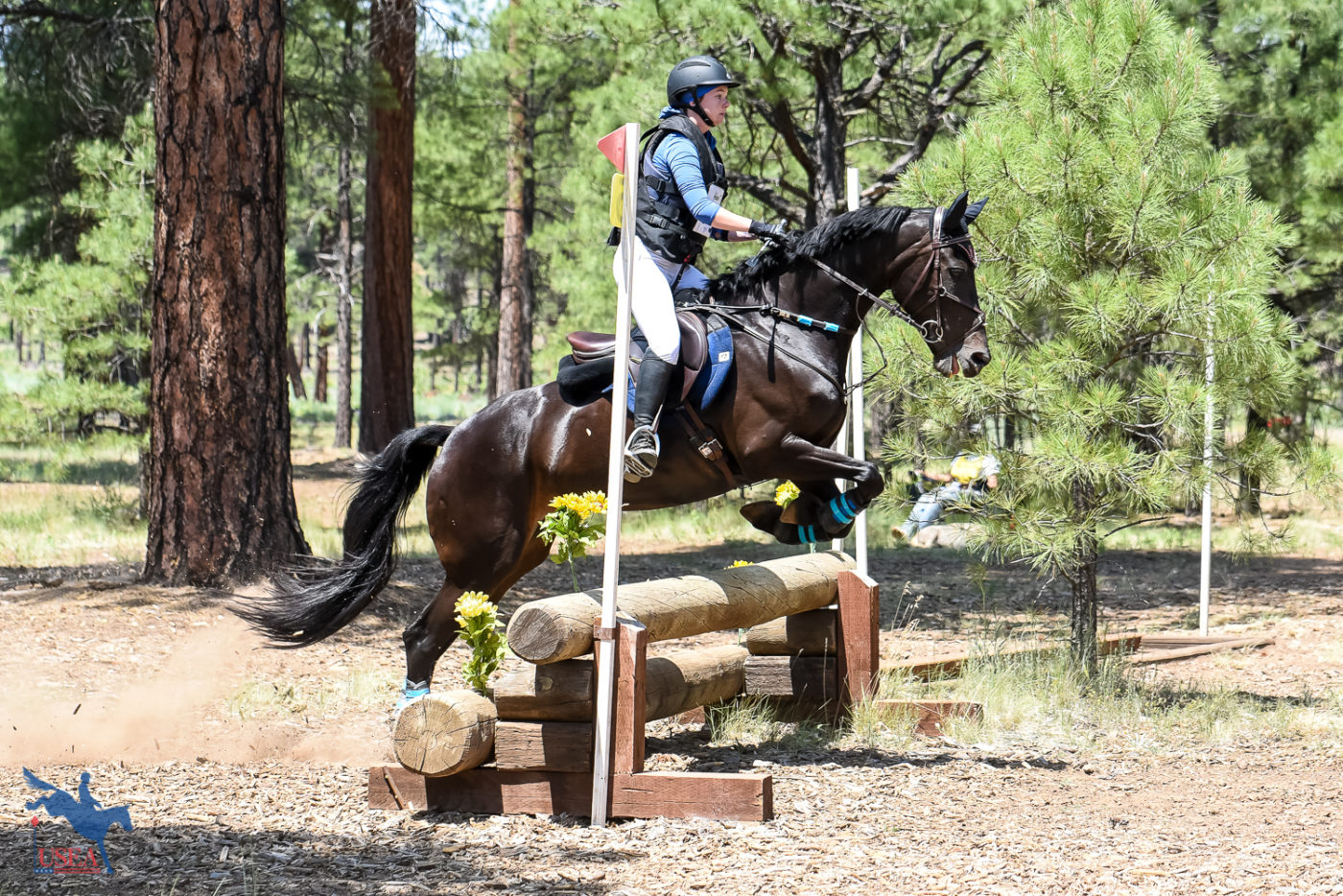 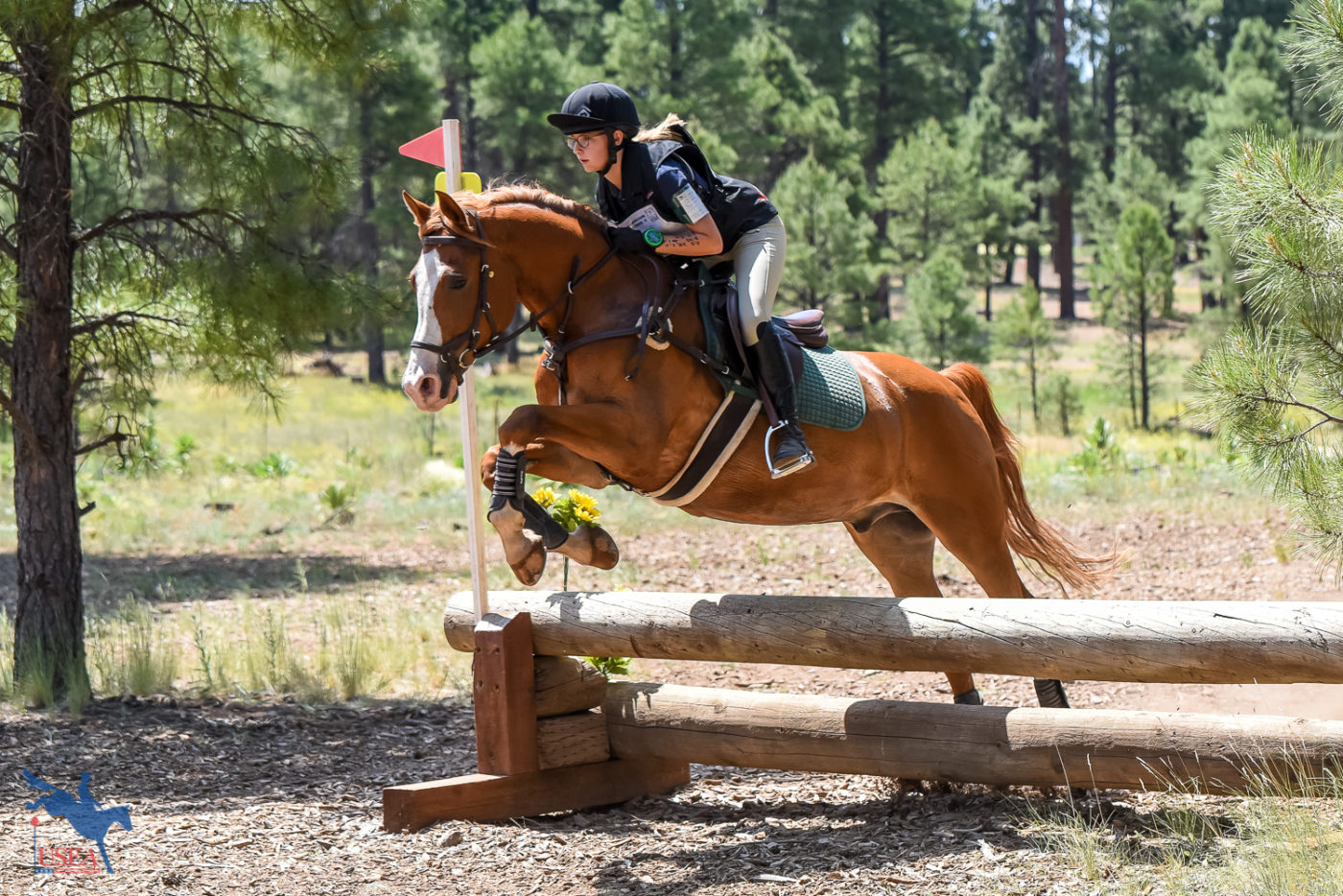 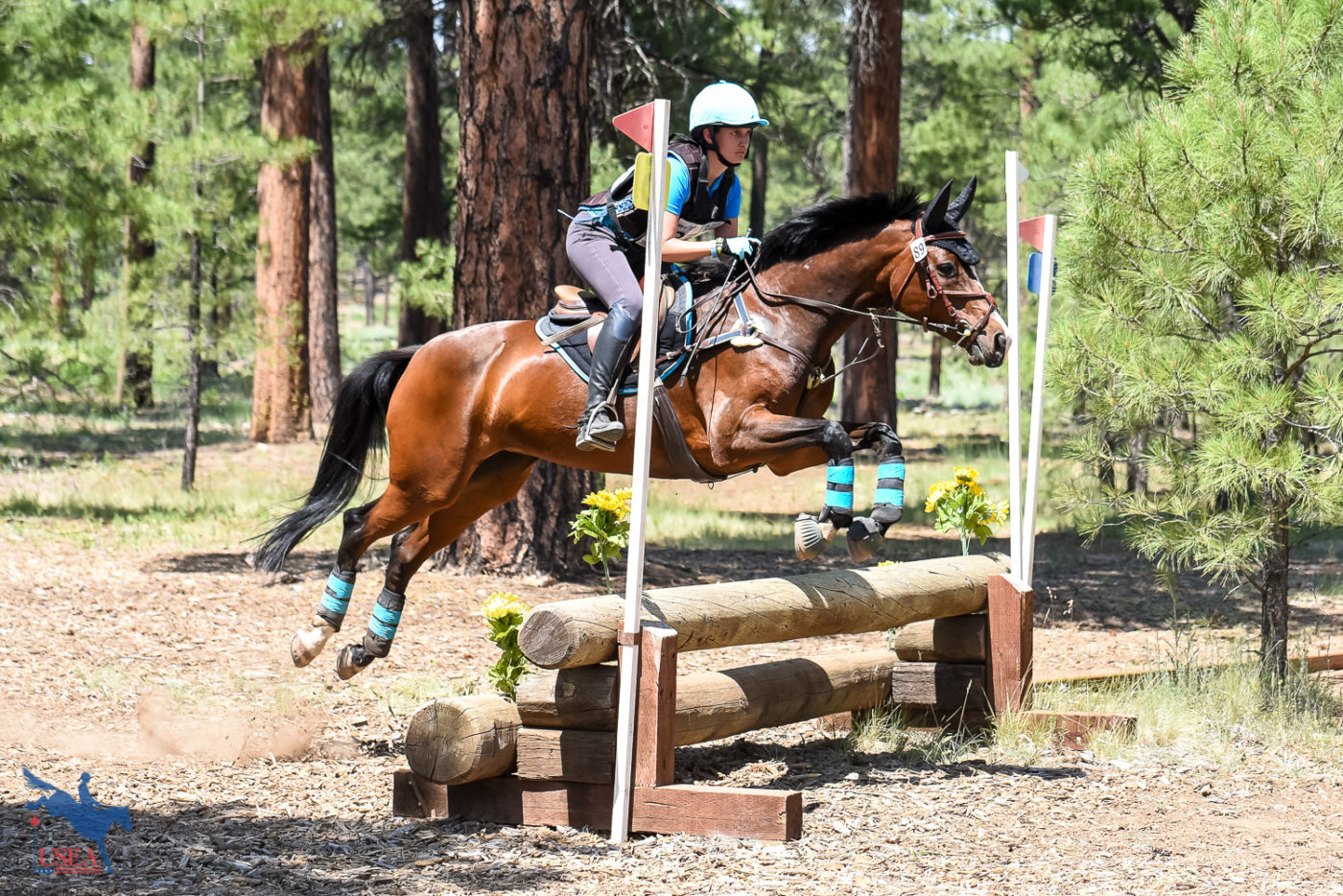 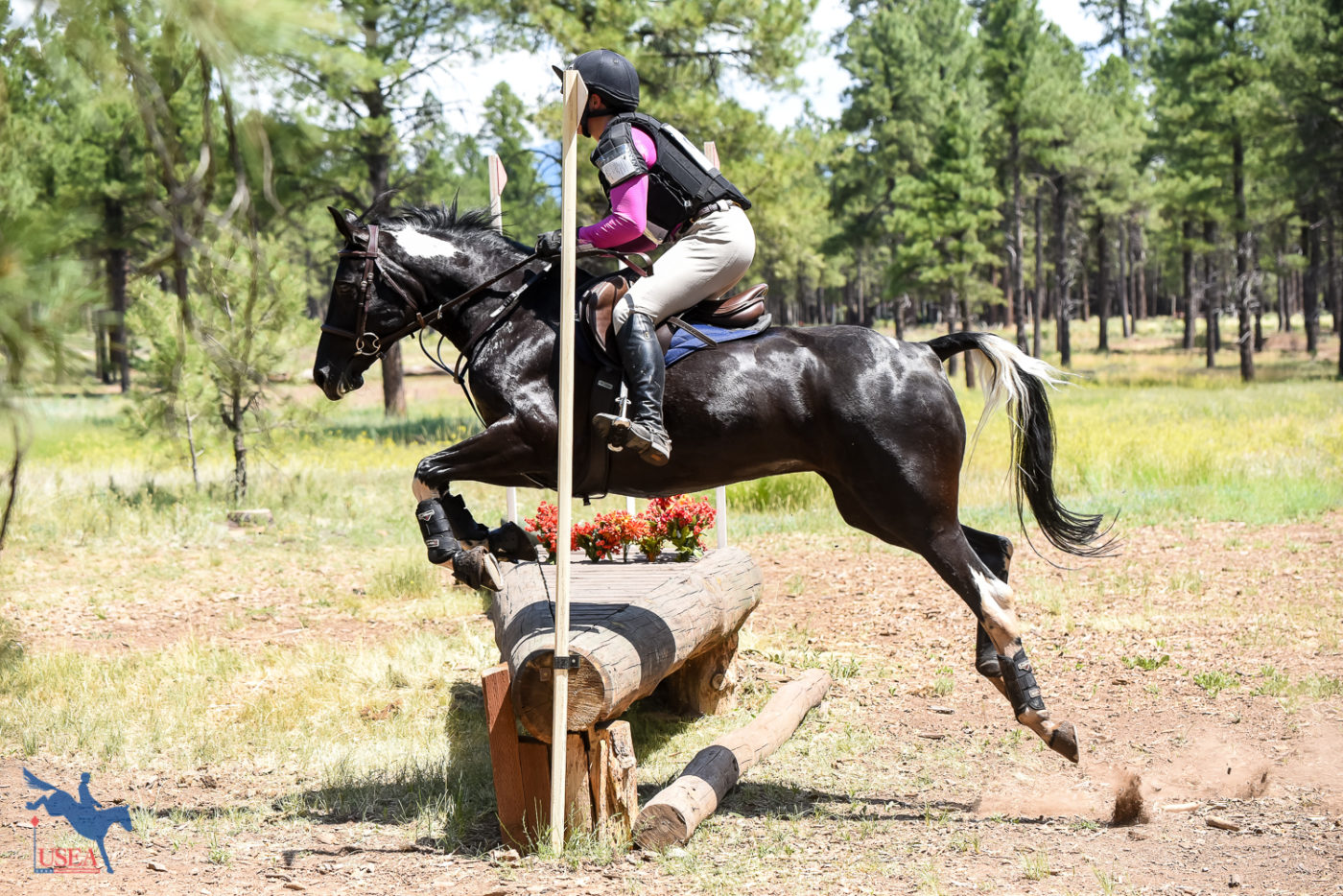 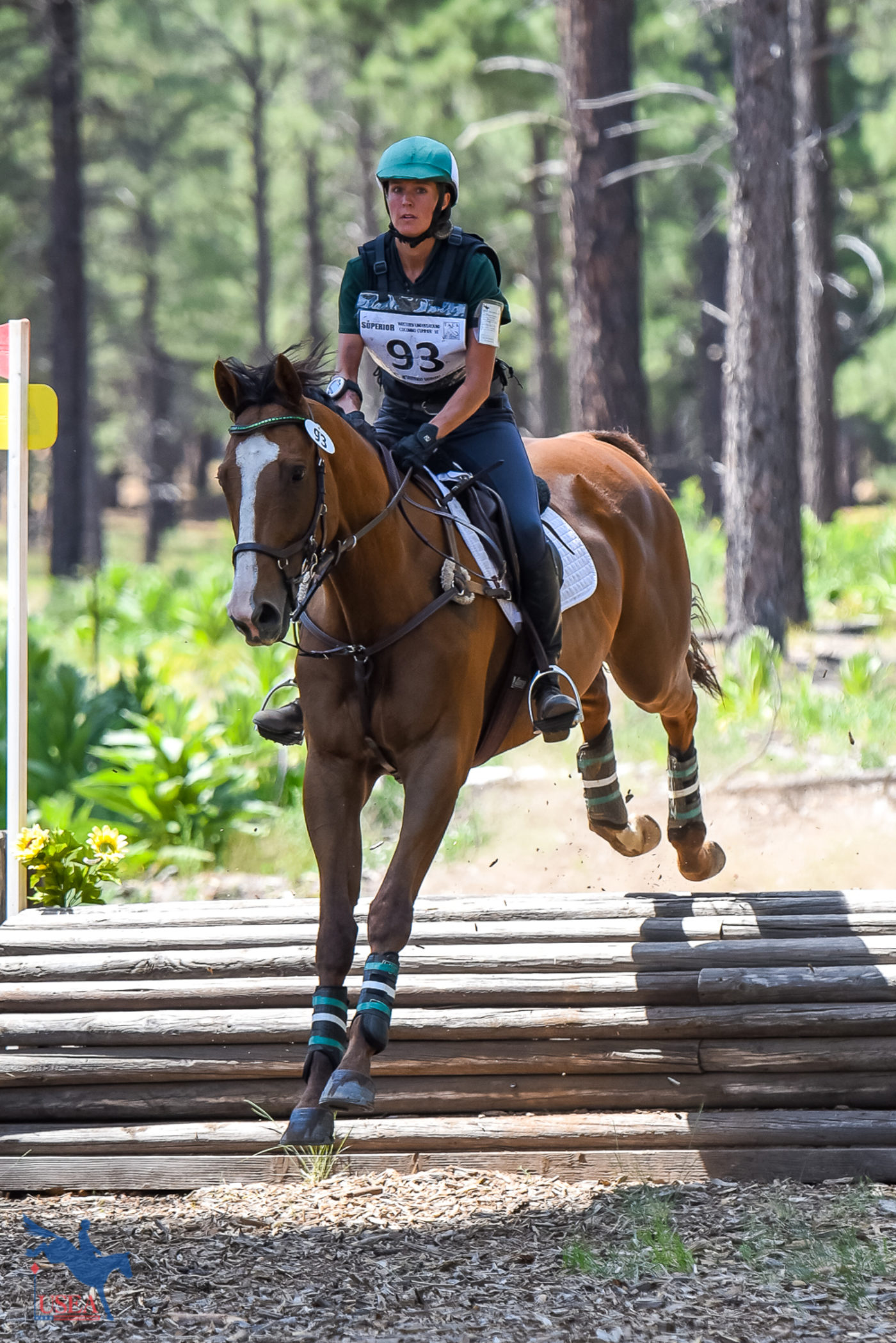