The final two riders of the day, Jessica Phoenix and Lauren Kieffer, gave the leaderboard at the 2017 Rolex Kentucky Three-Day Event presented by Land Rover quite a shake, swooping in for the top two places, respectively, after the first day of dressage.

“It’s exciting!” Phoenix sang about her first-place position with Don Good’s Pavarotti on a score of 43.1. “I’m just so proud of everything Pavarotti did today and I’m really looking forward to the rest of the weekend with him.”

The 15-year-old Westphalian (Pavarotti Van de Helle x Fidelia) gelding has had three previous appearances in the Rolex Stadium, and that experience proved to be advantageous in this afternoon’s blustery weather. “He’s definitely been in this ring before, and he just felt so relaxed going down the runway into the ring. It was just a pleasure to ride in that arena today,” Phoenix commented.

“Every year we do the migration from Florida back to Canada and Rolex is literally on our way, so we take advantage of it often, just coming and doing a dressage test. You cannot get in a bigger venue that would reproduce an Olympic Game or Pan Am feeling,” she added.

Ending the day in second place is Olympic veteran Lauren Kieffer with Jacqueline Mars’ Vermiculus. The 10-year-old Anglo-Arabian (Sazeram x Wake Me Gently) earned a score of 43.8 at his four-star debut.

“Bug,” is a special ride for Kieffer, especially at this venue. “He’s the full sibling of my first event horse that I ended up doing Rolex on, Snooze Alarm. I got him from breeders Jeanne and Lawson Williams when he was 3 years old. I actually bought him, brought him home, turned him out in the field with Snooze and I couldn’t catch him for three months. He didn’t get backed until he was about 4 because I couldn’t catch him,” she laughed.

Bug has earned a reputation for being a bit wild in the dressage arena, but he abandoned that today when it mattered most.“He’s pretty known for being pretty cheeky in the dressage, and then this year he’s kind of come out and grown up a little, but I didn’t quite expect him to be so good in that year,” Kieffer said. “With the green horses you can’t match the atmosphere you have here. You can’t prepare for it, so you just don’t know what they’re going to do when you canter down that centerline.”

Third place goes to a pair who already have one CCI4* win on their record, Maxime Livio and Qalao Des Mers, a 13-year-old Selle Francais (Iolsco de Quinhon x Ucaria de Crestian) owned by Ecurie Livio. Despite bobbles in both extended trot movements, the remainder of their test gave them on 44.6 penalties going into Saturday’s cross-country.

“He’s an incredible horse. Very, very generous. All the time he wants to do his best. He did it today, but I made two mistakes. It’s my own fault the horse was very focused and I was very happy with what he did and how he concentrated on what I want,” Livio explained.

The Frenchman may have past four-star success, but this he is a first-timer here in Lexington. “My horse loves to be here. He is eating the grass all the time!” he joked before hinting that this competition gives him to gauge how the horse travels across the Atlantic Ocean ahead of next year’s World Equestrian Games. “I want to know how my horse will travel by plane, so it was a good moment to try that because he started his season really well this year, he finished very well last season, so I thought to myself, ‘ok we will see how he will react,’” he said.

Katie Ruppel sits in fourth with her own Houdini on a 46.0, Phillip Dutton is in fifth with Kristine and John Norton’s I’m Sew Ready (46.1) and four-star first-timer Jenny Caras is in sixth with her own Fernhill Fortitude on a score of 46.3.

The last five runnings of Rolex have all witnessed dressage tests in the 30s, according to EquiRatings, and while no riders hit that mark today there are still some heavy hitters for Friday. Fischerrocana FST is the only horse in the field averaging sub-40 at 4* level in dressage (37.9), and Michael Jung is the only rider averaging sub 40 at the level (37.8). Expect low 40s from: Loughan Glen, Mr. Medicott and Fernhill By Night. Big performances could also be put in by Ringwood Sky Boy, Super Socks BCF, High Kingdom and Fernhill Fugitive. And of course Rolex rookies could shake up the standings even more.

The first horse heads down the centerline at 9:00 a.m. tomorrow and the day will end at 3:30 p.m. with a special farewell ride from Allison Springer and Arthur. 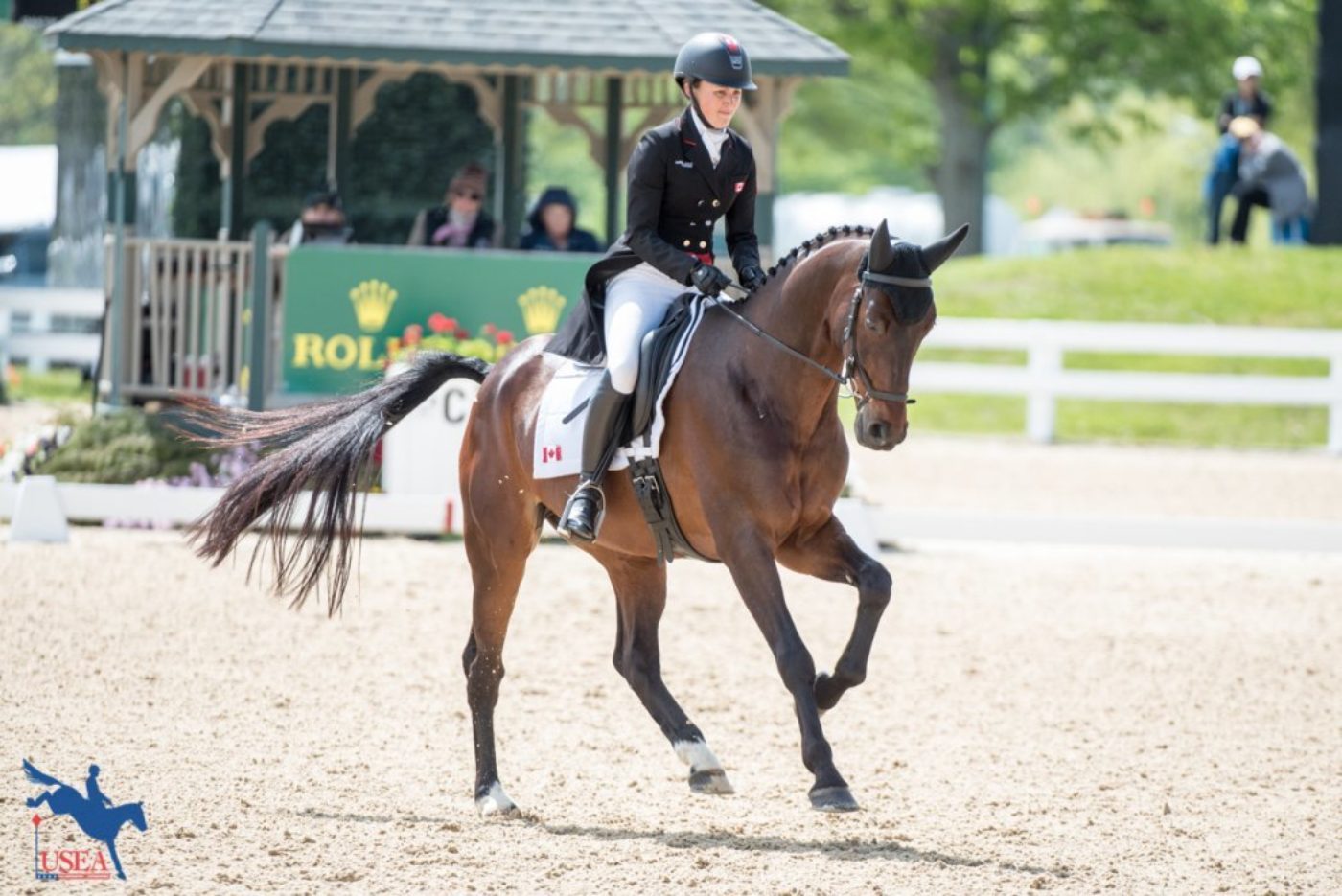 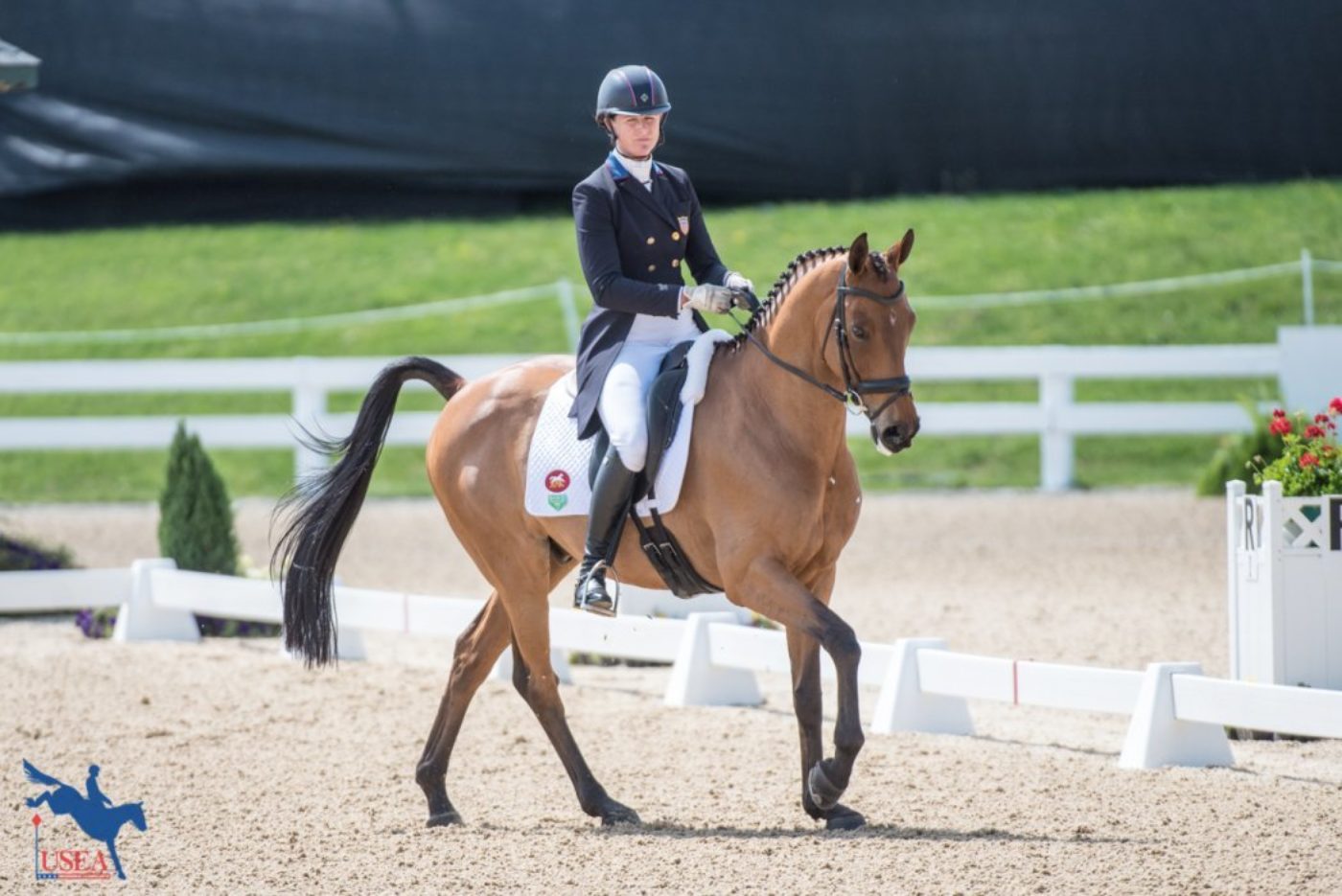 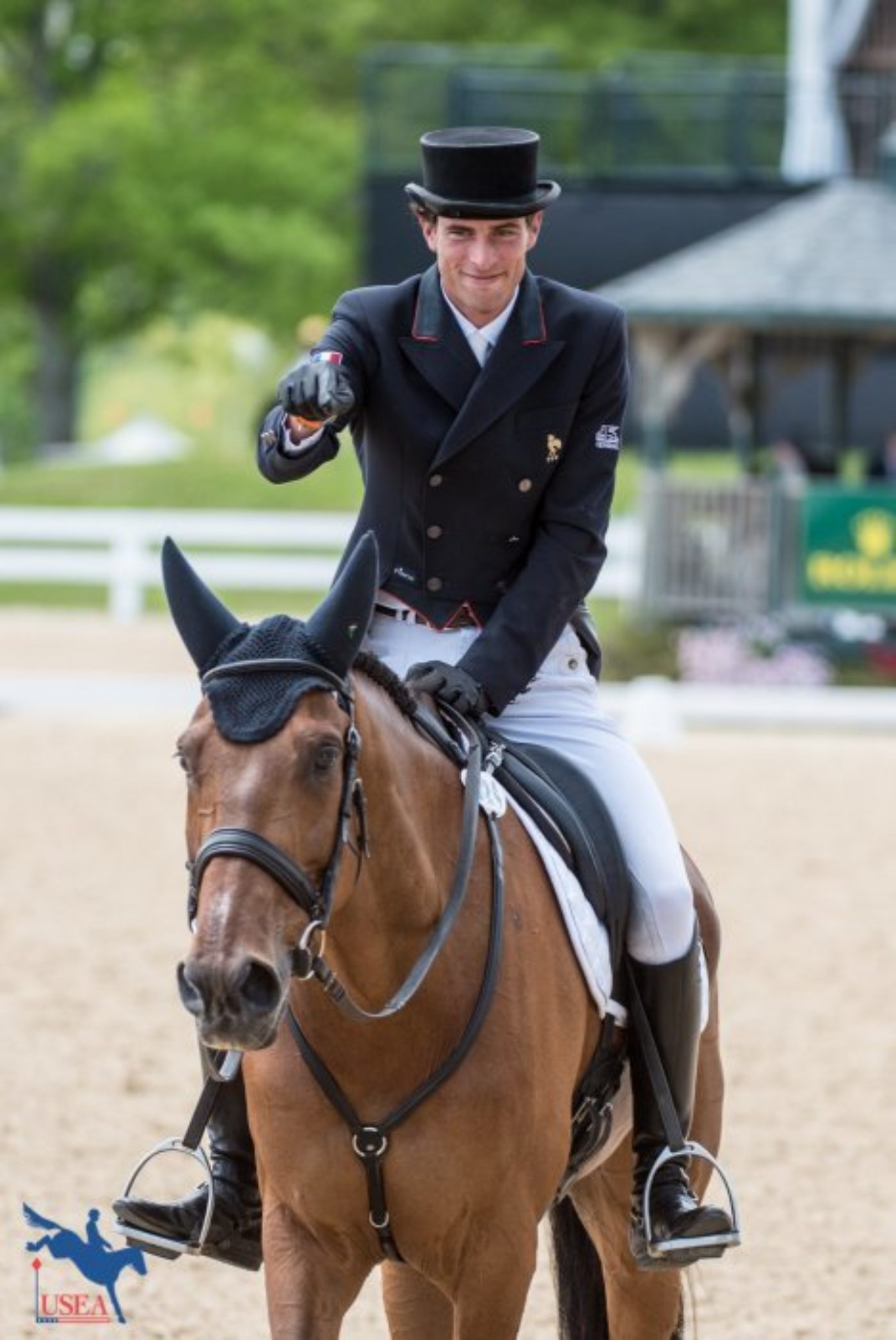 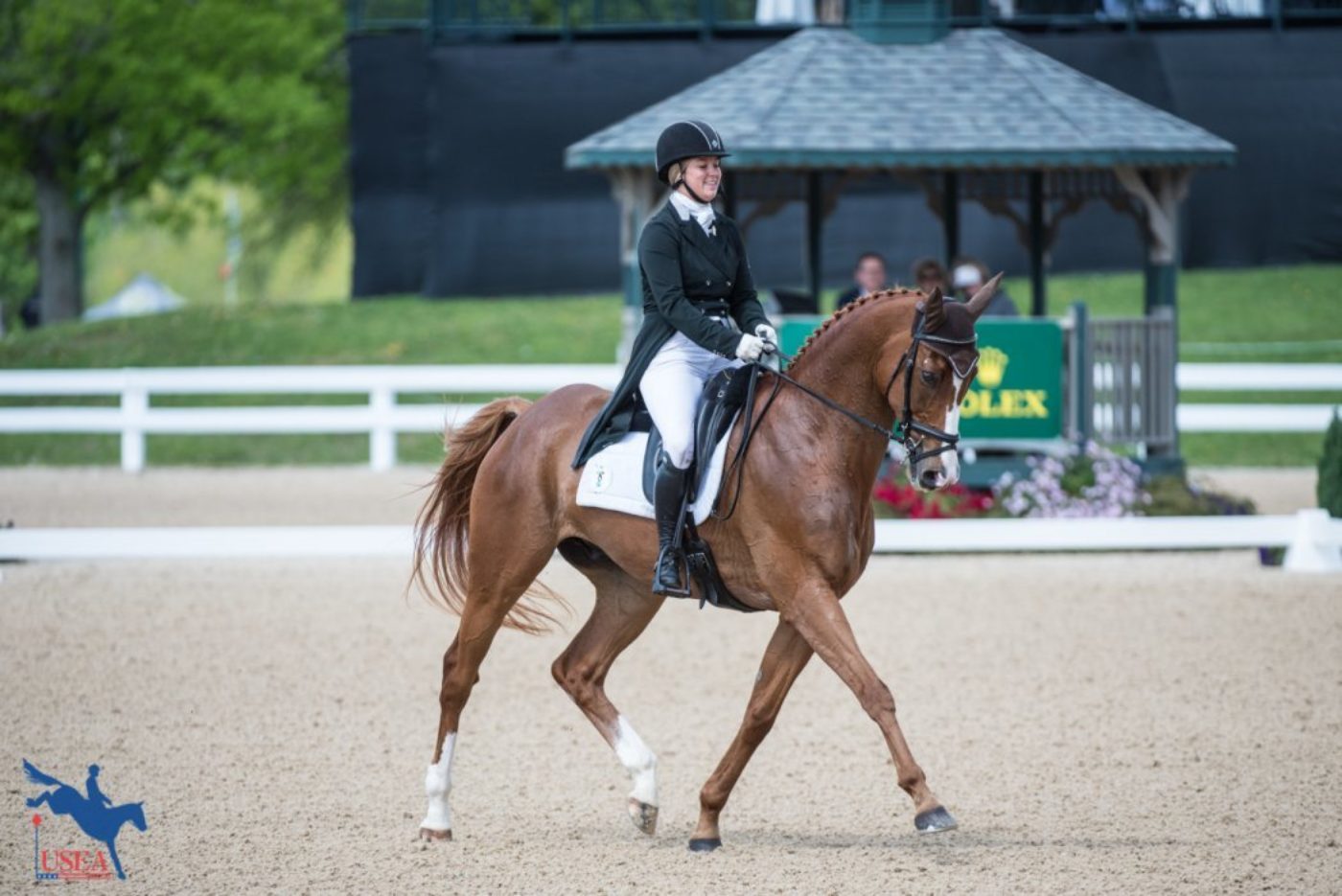 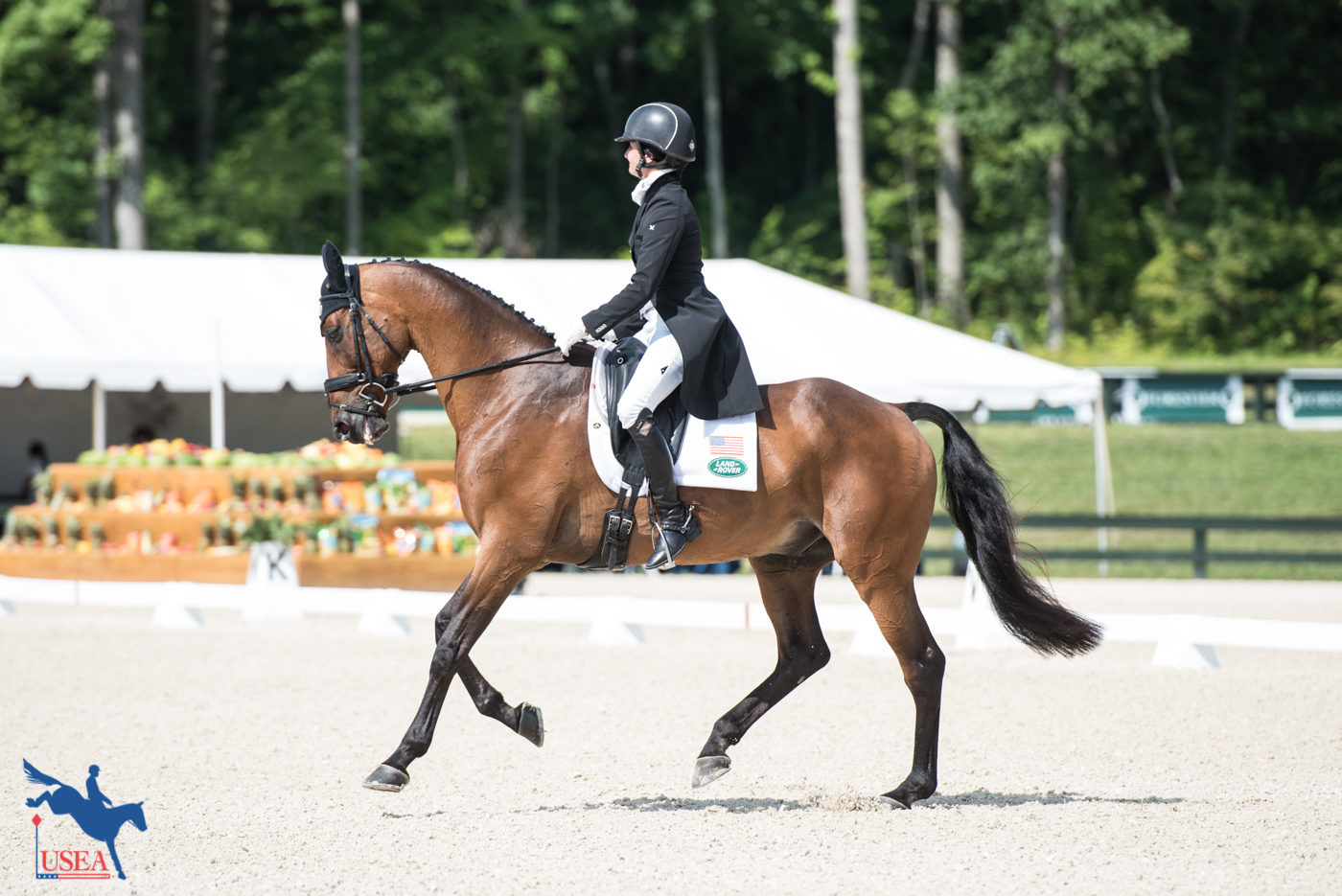 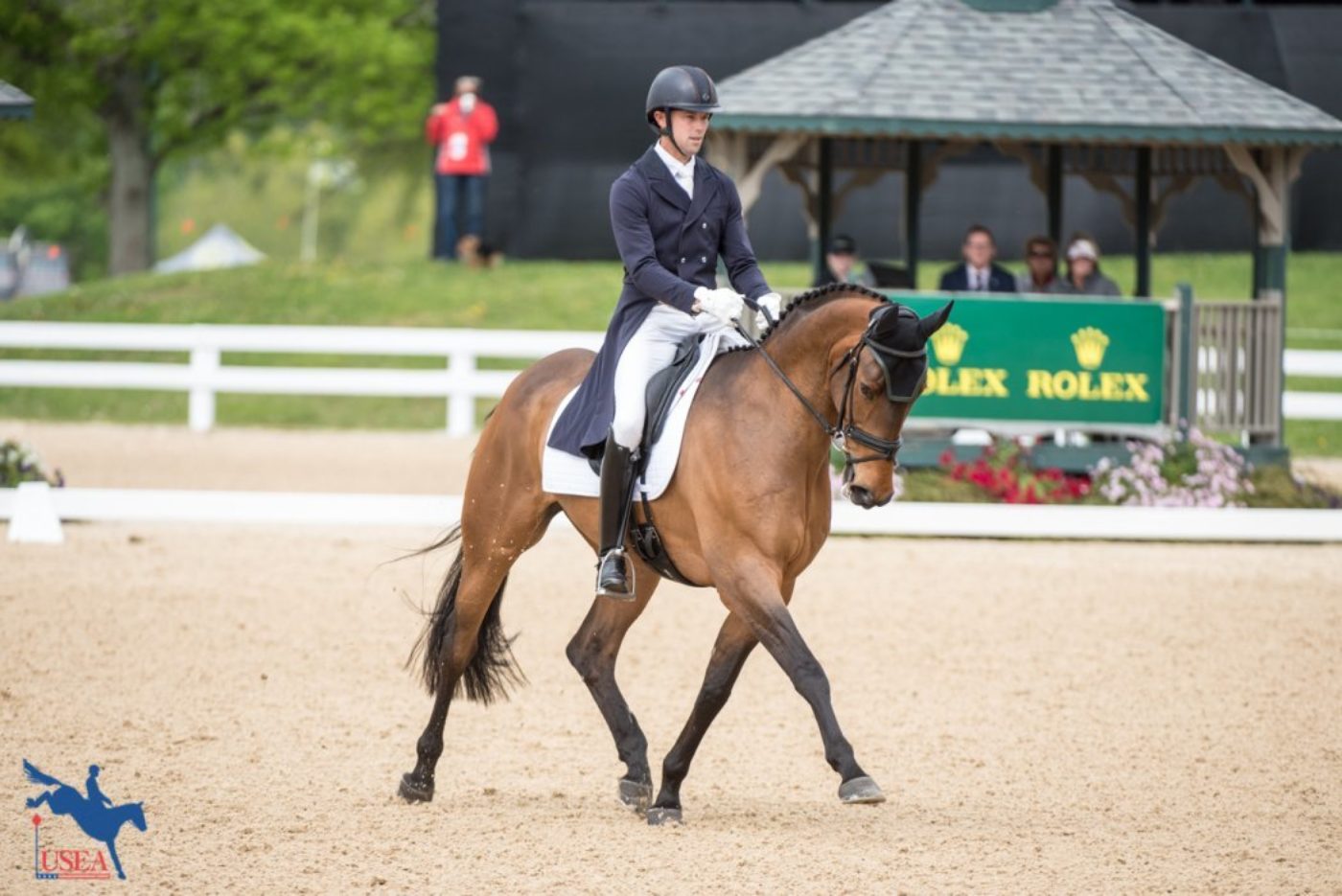 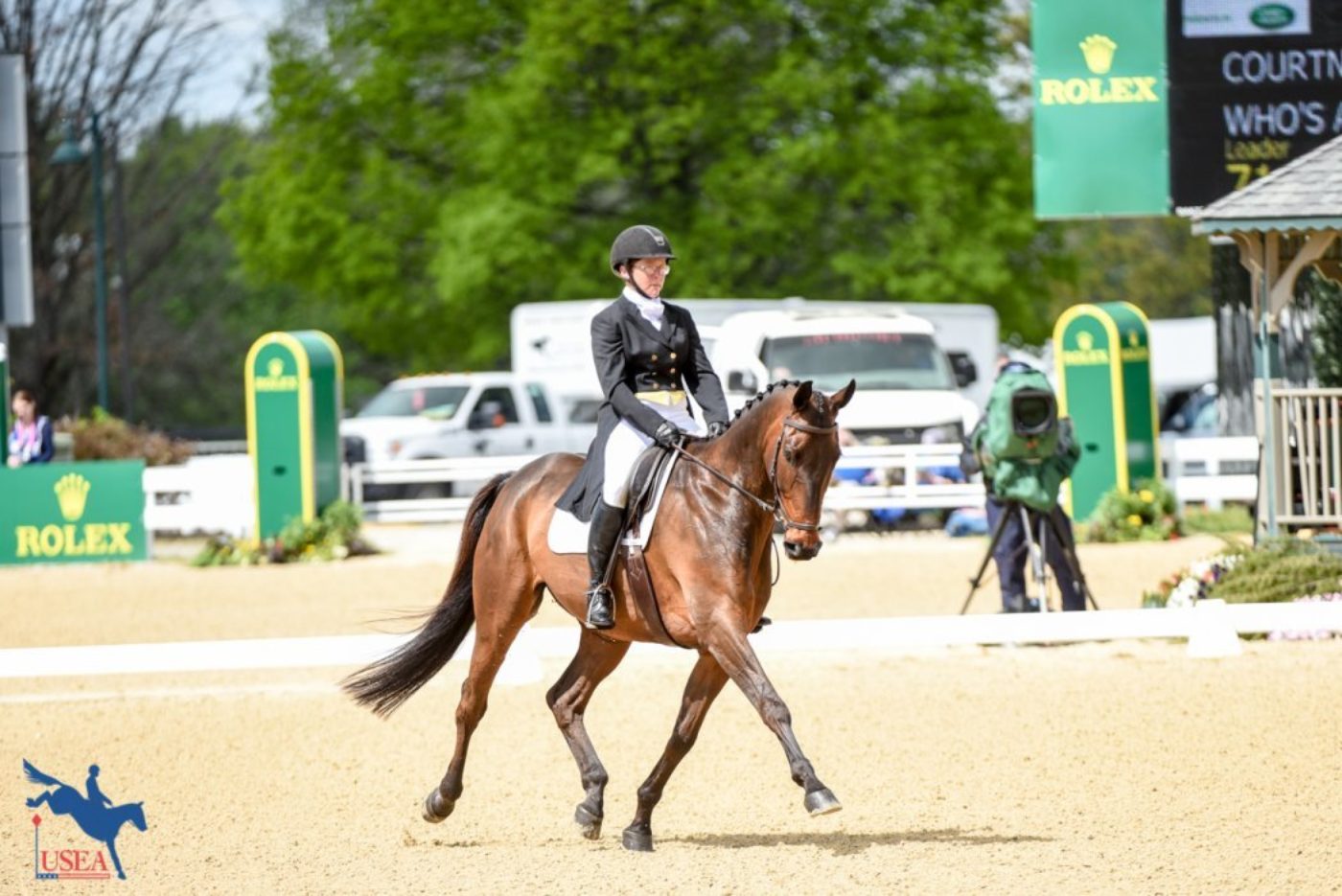