"By far, he exceeded my every expectation this week," said Levine, whose relatively new focus with her own business, Cellar Farm, is sales horses. "He was 100 percent with me every step of the way, in every phase." He's a talented jumper, but unlucky rails and "training moments" were obstacles the last few years. "Today, it felt like everything really came together."

Winning the inaugural CCI4*-L was sweetened by having Cinzano be the first horse to receive the McKinlaigh Cup, donated by long-time eventing supporter Thom Schulz. Schulz and his late wife, Laura, owned the Irish Sporthorse who partnered with Gina Miles in 2008 Olympic individual silver for the United States. McKinlaigh was developed and lived out his retired life at the couple's Rainbow Ranch in nearby Creston.

Of his motivation for boosting the CCI4*-L prize money and donating the McKinlaigh Cup, Schulz referenced his long-time friendship with and appreciation for the Baxter family who owns Twin Rivers Ranch. Pointing to CCI5* eventer Andrea Baxter, he said, "I started riding with this kid. I was 49 and she was 10, I think. Laura and I supported what the family was doing with Twin Rivers then and it has become such a wonderful venue for us to have. Laura would have been tickled to be part of this Four-Star."

And McKinlaigh? "Oh, he would have loved it!" Schulz said of the horse who enjoyed 10 years of green pasture retirement before passing last January. Schulz explained that the Cup is an actual trophy won by Laura at the Forum National Horse Show in the 1970s.

As is typical of upper-level West Coast eventing in general, the FEI divisions were light compared to East Coast competitions. The inaugural Spring International CCI4*-L was all set for a big launch last year until the pandemic. This year, reshuffled schedules and general uncertainly likely contributed to a lower than usual turn-out. Quantity, however, can't be confused with quality.

Exhibitors and officials expressed universal praise for all aspects of the competition. Hosting nearly 500 horses from CCI4*-L through Beginner Novice put things back on pre-pandemic turf and it's predicted the ripple effect of everybody's good experience will help the numbers next year.

A large contingent came from the Northwest, where snow was still on the ground in some places earlier this week. At Twin Rivers' rolling, green 500 acres, cool mornings gave way to high-70s/low-80s temperatures, blue skies, and pleasant breezes.

With only four contenders after a fifth withdrew during Thursday's jog, the CCI4*-L field still faced the level's normal big challenges. Second-place finisher Campari FFF, campaigned by Marc Grandia, was the only one among the four horses who'd run the level before, but all gave solid performances that bode well for the future.

Levine and Cinzano added only .8 time faults to their dressage score to finish on a 32.3. Grandia and Team Rebecca's 11-year-old Holsteiner gelding Campari FFF (Camiros x Tanner) picked up two time penalties over Marc Donovan's technical and turny show jump, holding their runner-up position on a 38.3. Technically, it's the first CCI4*-L completion for Campari. A wrong fence at the second-to-last jump on the CCI4*-L course at Galway Downs in the Fall didn't count as an official debut, but it proved Campari's capabilities at the level. Working toward this goal since December, the "aggressive horse" horse finally had a funnel for his pent-up preparedness. "I think he felt great to finally get to run and get a little bit tired," Grandia said. "That's the kind of horse he is." Favorite elements included the white-painted Race Track Rails and the Ruin complex. After prepping around the track these last several weeks, Campari "pricked his ears at those and was given a little pause," Grandia said. None of which prevented him from finishing seven seconds under the time on cross-country.

The Washington-based professional has been designing Twin Rivers' lower-level cross-country courses since he started wintering here four years ago. In that role and as a rider, he's impressed by how "everybody has been uplifted by the commitment the Baxters have made to everything: the decorations, the jumps, the footing. Everything."

Bec Brailting explained that Twin Rivers' Flag Ring, at 160' x 300', is a relatively small space, into which Donovan packed jumps that came up quick, especially for a big horse like Arnell Sporthorses'1 0-year-old British Sport Horse gelding (Vangelis-S x Courtesan) Caravaggio II. One rail and 1.6 time faults held their third position on a 52. More than holding her own against the veterans, 20-year-old professional Madison Temkin had a very respectable finish with her own 14-year-old Thoroughbred gelding Dr. Hart (Skimming x Moving Memo), with whom she's moved up the levels over five years.

Patterson Finishes CCI3*-L as Strong as She Started

Eighteen-year-old Alina Patterson of Washington and her own 10-year-old German Sport Horse gelding Flashback (Furst Fugger x Queen of Joy) finished a spectacular West Coast tour by winning their first CCI3*-L on a 35.2. They had two rails to work with, so the one they dropped in show jumping didn't alter the standings.

"He was incredible in all three phases, starting with being super in the sand box," said Patterson. "On cross-country he never got tired and he had plenty in the tank today." She thanked her coach John Camlin of Caber Farms and her parents for helping her achieve this significant win. Flashback's trip home will include "all the treats he wants, then he'll have two well-deserved weeks off."

Alessandra Alexander-Shinn and Cindy Marvin's 13-year-old Thoroughbred gelding Fool Me Once (Old Topper x Exploitive) had ample energy for show jumping. Their one rail left them on a 43.4 for second.

Alliston Jumps Up to Win CCI2*-L

The overnight standings were very tight and show jumping shuffled them significantly. James Alliston and Calaro's double clear elevated them from fourth to first on a 31.4. A full brother to Grandia's Campari FFF, by the Holsteiner Camiros, the 9-year-old is "good at everything," Alliston said. He arrived at James and Helen Alliston's Alliston Eventing two years ago with a solid dressage track record and has won or been second in every event he's run so far. "He's a full Warmblood, but you wouldn't know it because he is really energetic and fast. I'm hoping he can step into the same sort of class as his brother."

Calaro is also a challenge, chimed in Grandia, speaking from his own experiences with his older, but smaller brother. "They are very opinionated," said Grandia, who recalled starting Calaro over fences. "It makes them fantastic when you can bring them along to your side, but they don't want anyone telling them what they can and can't do. He's a fun one to watch and I think he has found his match in James."

Also having a double clear effort, Josey Thompson and the 13-year-old Holsteiner mare Pistol Annie moved up from sixth to second on a 32.2. Marissa Nielsen and Global Absolute's beautiful debut at the level was marred by a rail that knocked them from first to third, but expectations are high for this the 7-year-old Mecklenburg gelding (Do It x Ballerina II) who finished on a 32.3.

"We were super excited to get the chance – a year delayed – to run our CCI4*-L," said show secretary Christina Gray of Gray Area Events. "It could not have been done without the tremendous effort of our course building team and staff, who put in countless hours to make a fabulous playing field."

Each member of the Baxter family organizing committee enjoyed seeing dreams manifest at their home property. As the owner of Whirlwind Excavating, Jeff Baxter took particular pride in "seeing all the new aspects of the cross-country that we built being used in one course." His favorites include the new "terrain park" following along the Salinas River property border, the race track features, and the flyover bridge and underpass.

Connie Baxter loved seeing the work she invested before 500 horses and their people arrived come to life and be enjoyed by all as the warm and welcoming atmosphere Twin Rivers is known for, even in this year when spectators couldn't come. "Then we turn the reins over to Christina Gray and everything ran smoothly," she noted.

Along with winning the CCI4*-S with her homebred Laguna Seca, Andrea Baxter fielded compliments all weekend. "I'd like to take credit, but those compliments all go out in different directions and I need to dish them out where they're due."

The Spring International anchors an exciting year of competition at Twin Rivers Ranch. The Fall International in September is a fixture of the West Coast circuit and the 2021 season finalé is another prestigious calendar highlight: The USEA Future Event Horse and Dutta Corp. USEA Young Event Horse West Coast Championships. These two West Coast championships were staged together for the first time last year by the Twin Rivers team, receiving high praise from all involved.

The CCI4*-L, CCI4*-S, and Advanced divisions were qualifiers for the $60,000 Adequan USEA Advanced Final that will take place at the USEA American Eventing Championships presented by Nutrena Feeds in August. 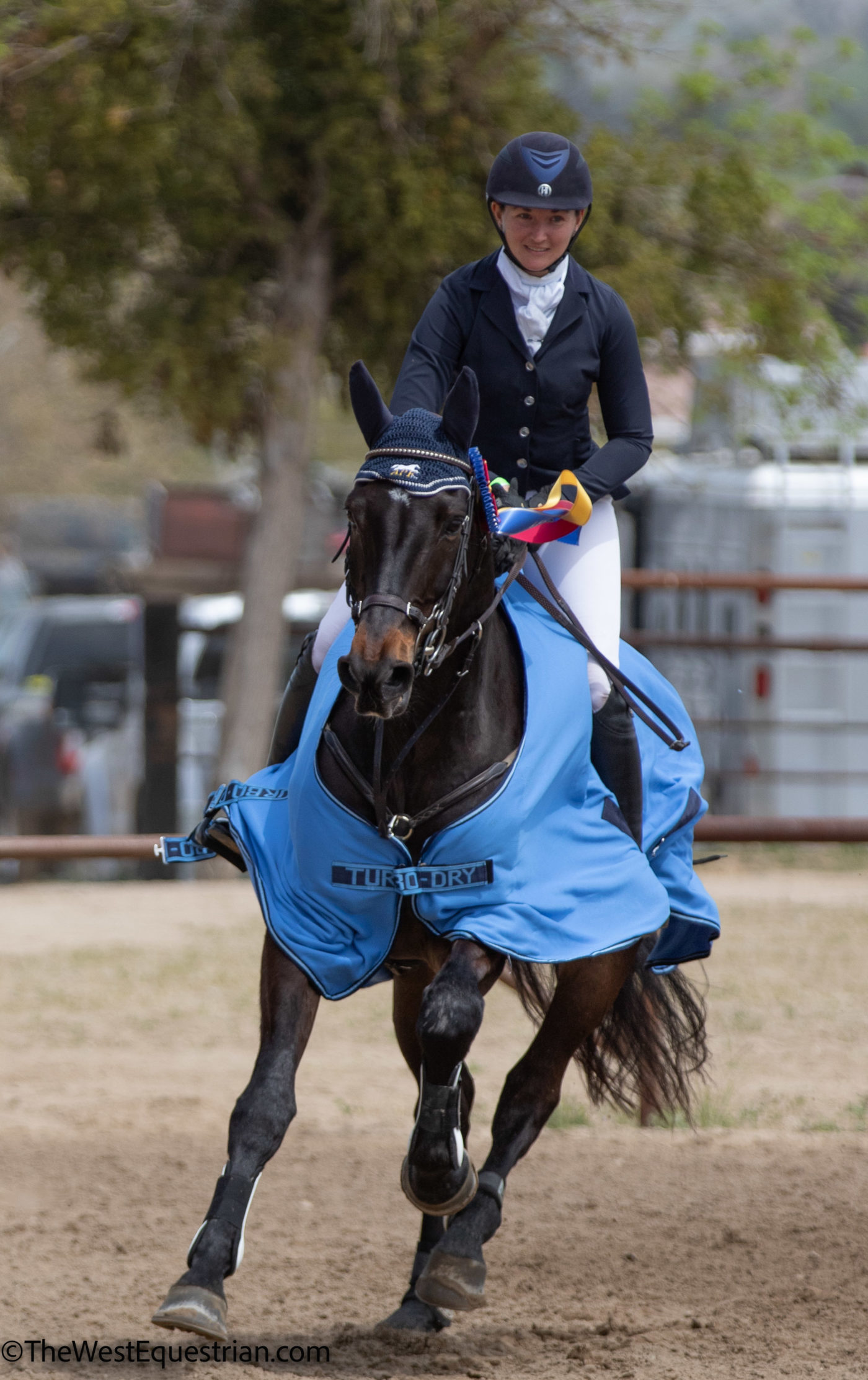 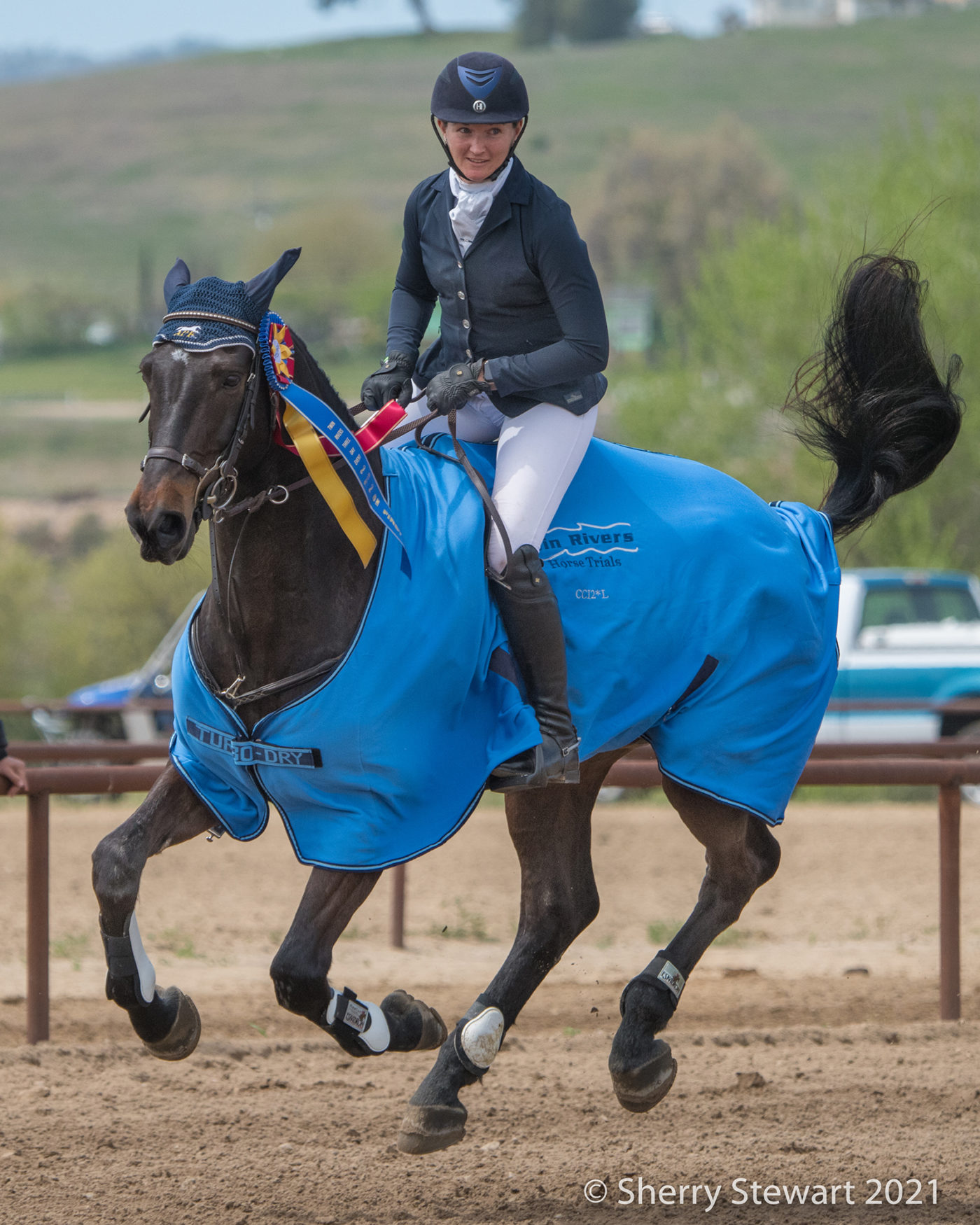 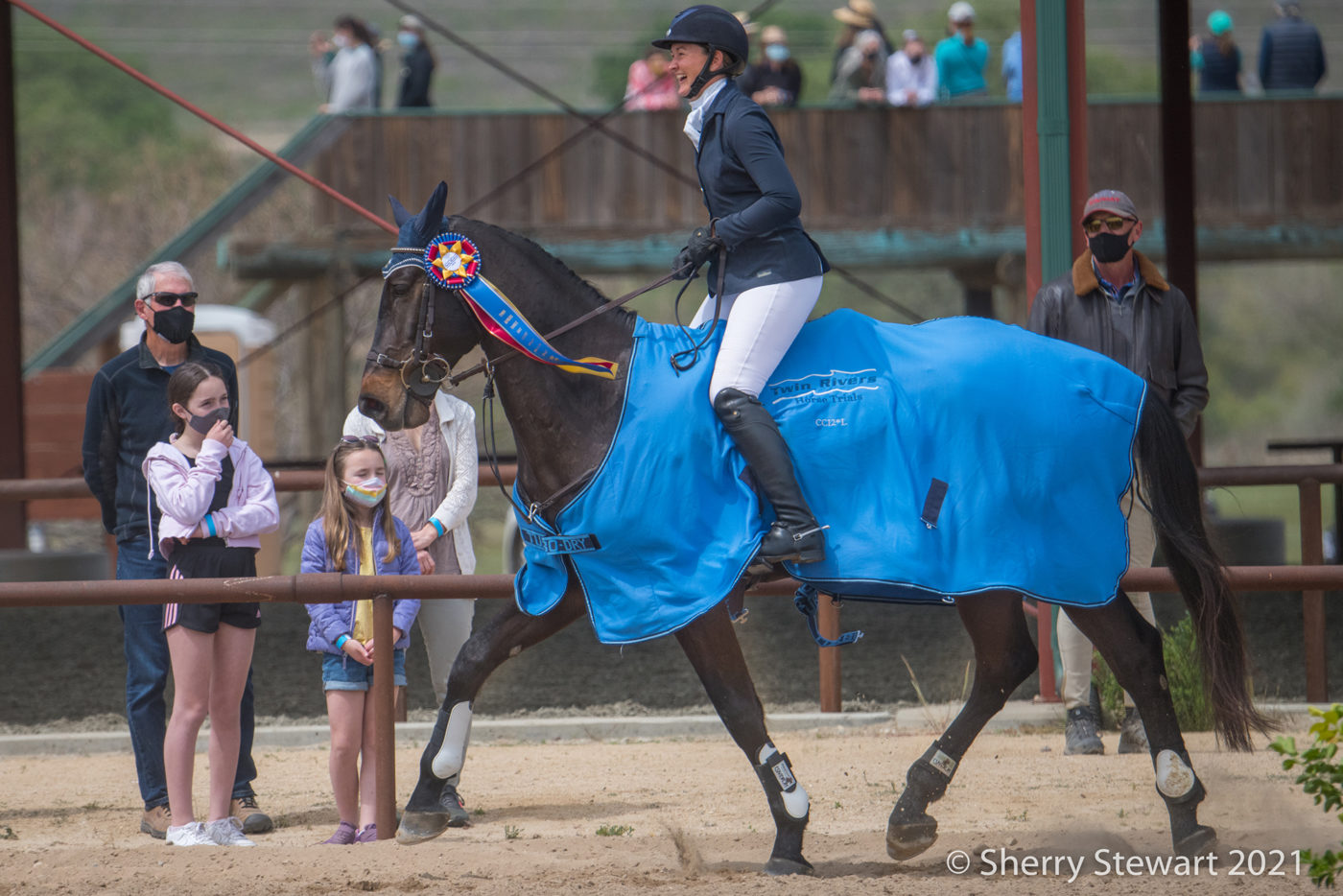 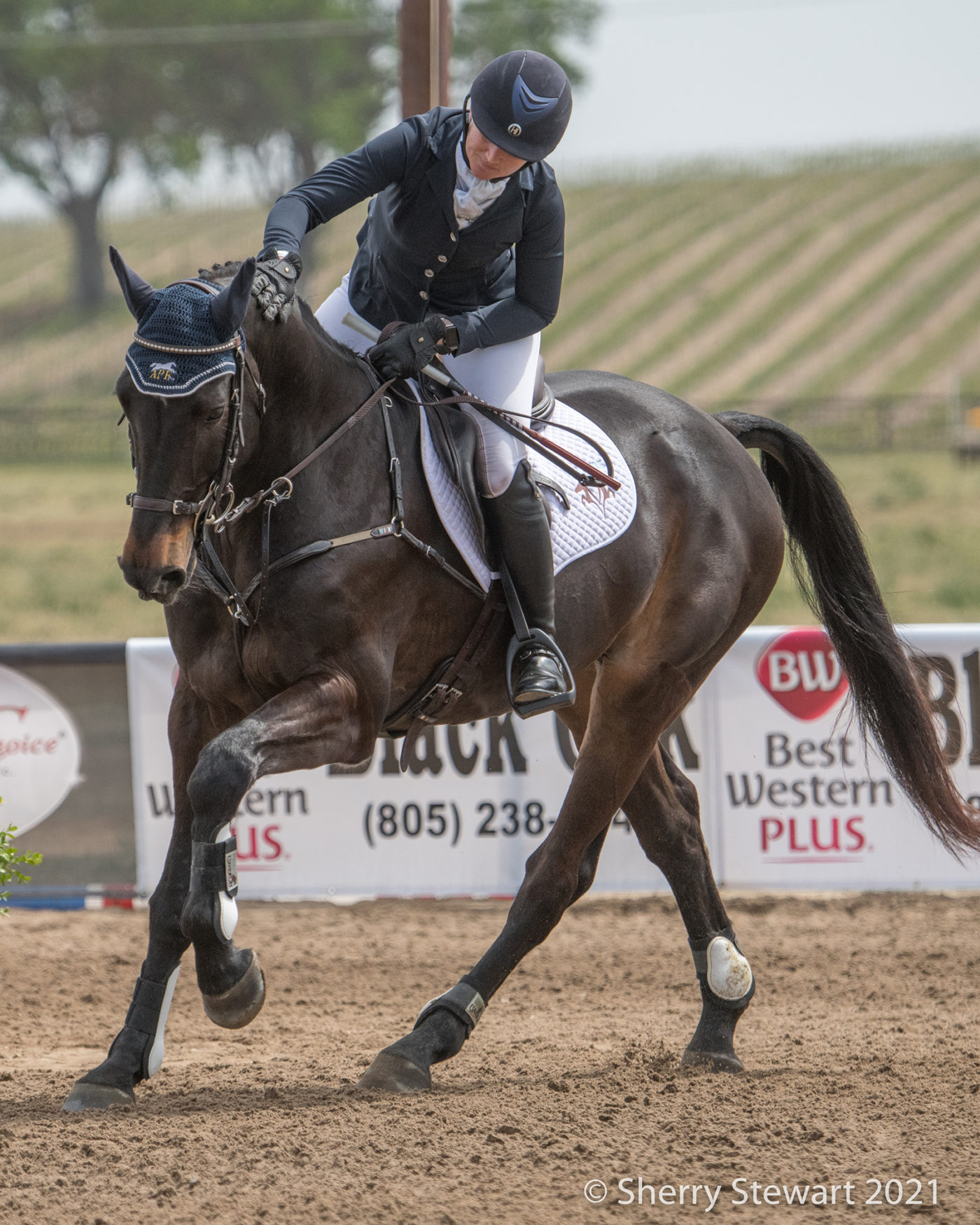 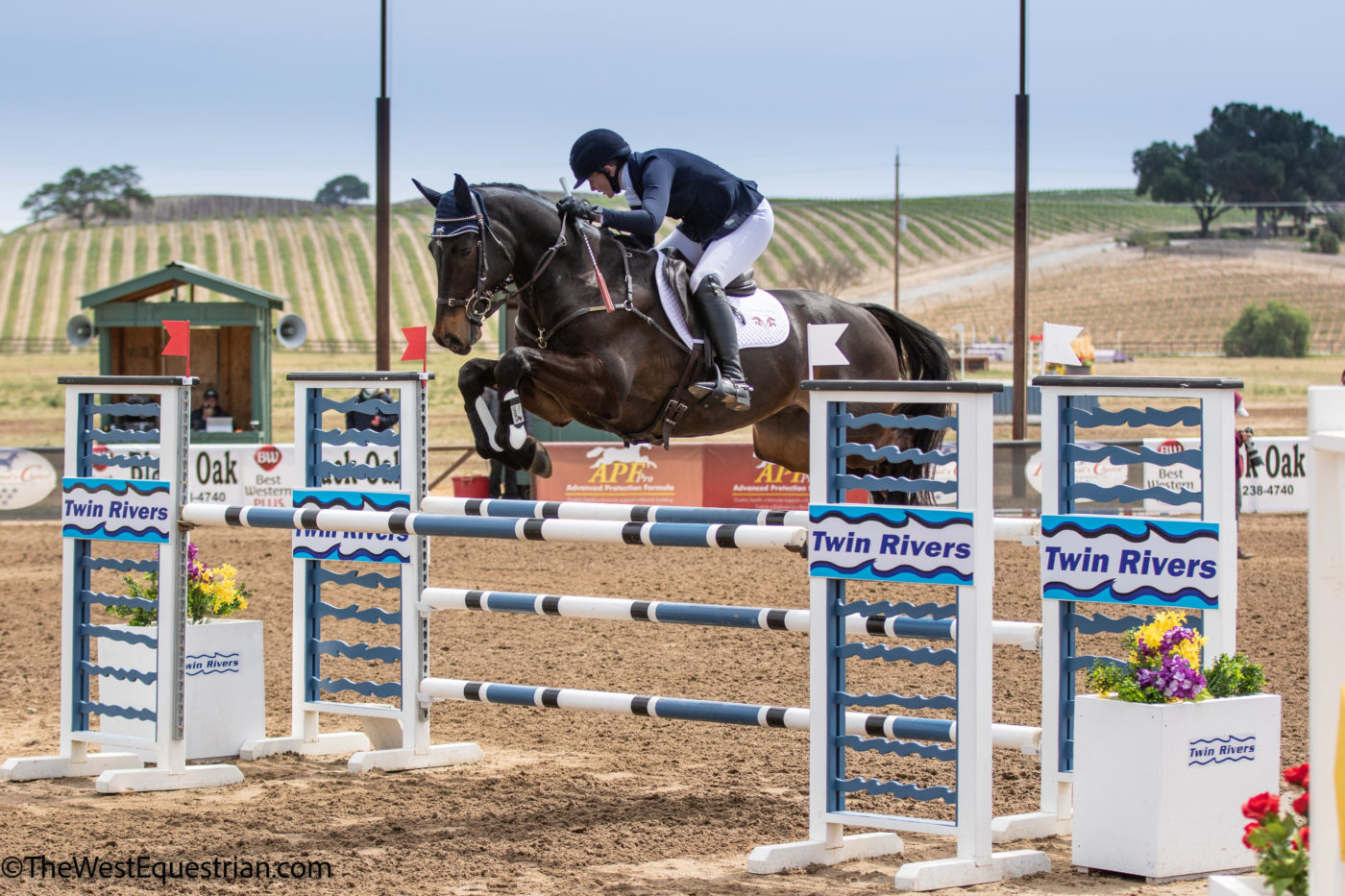 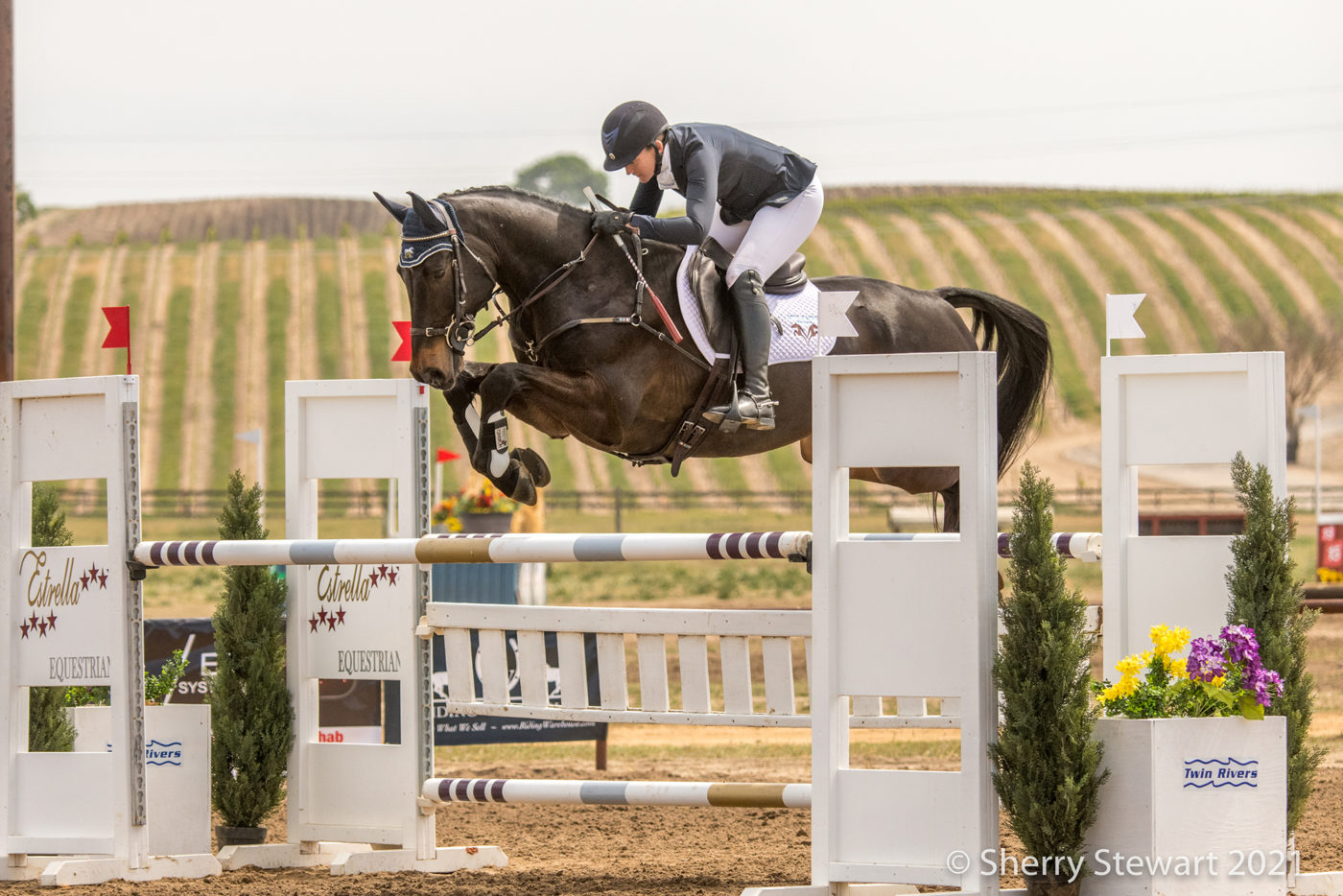 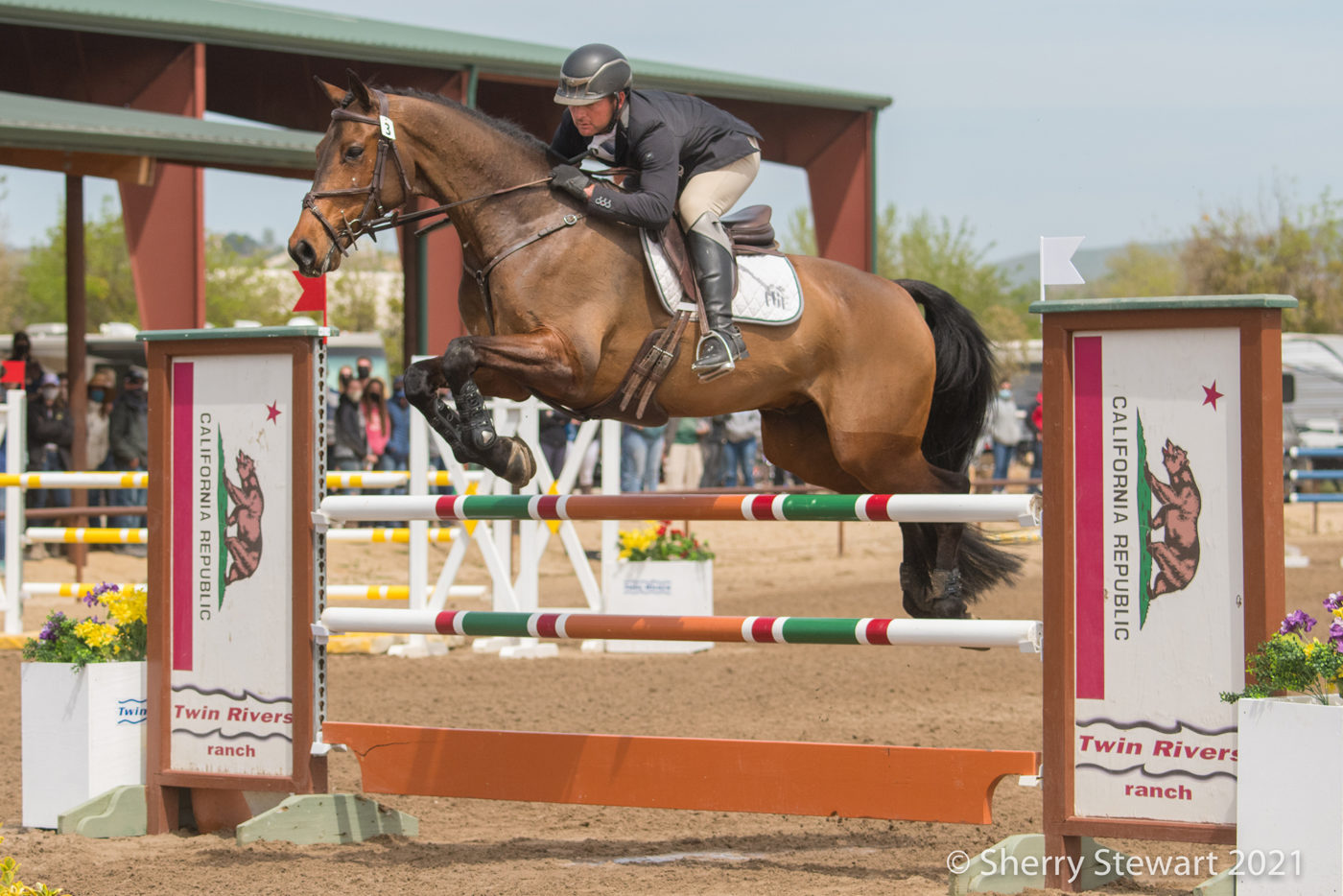 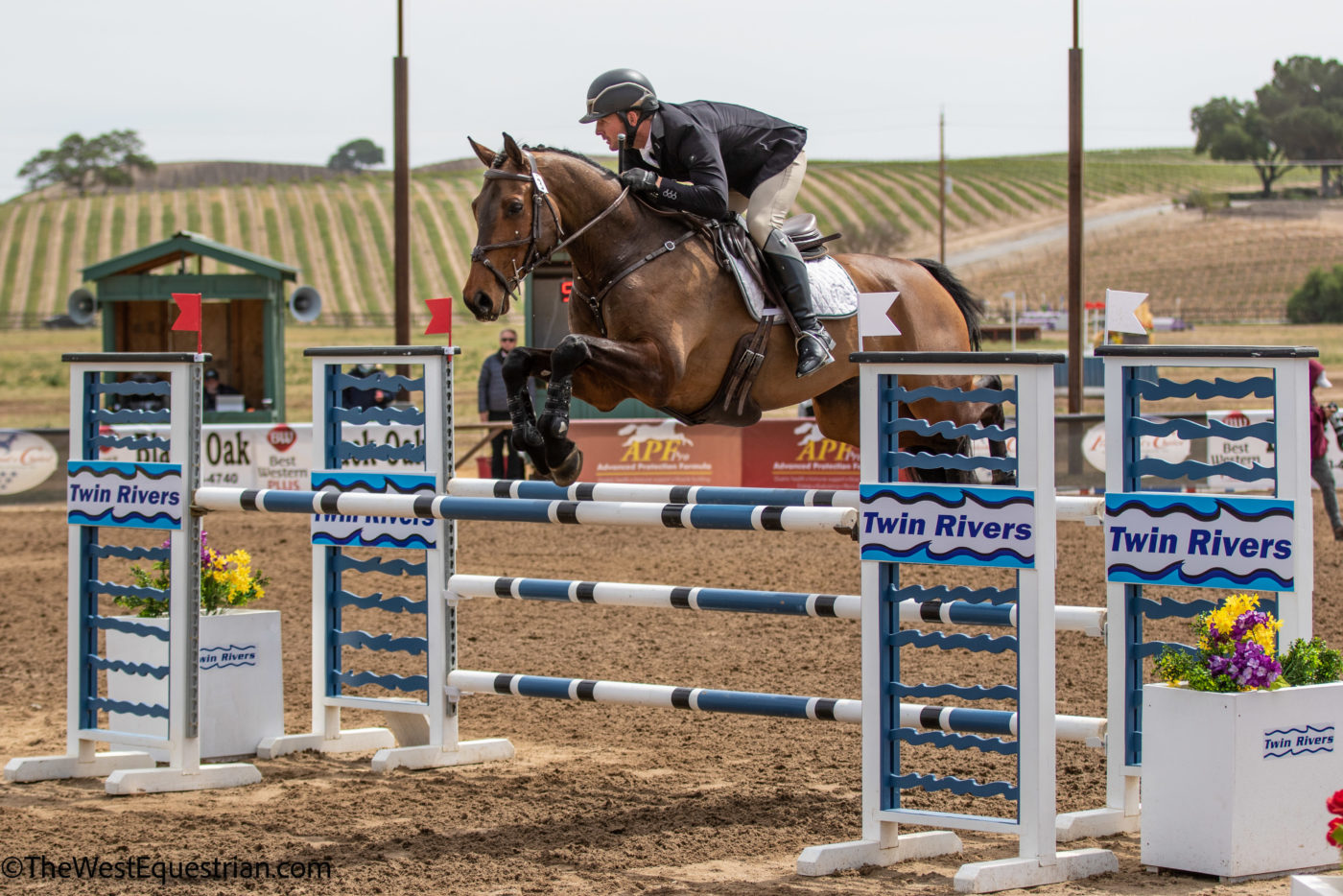 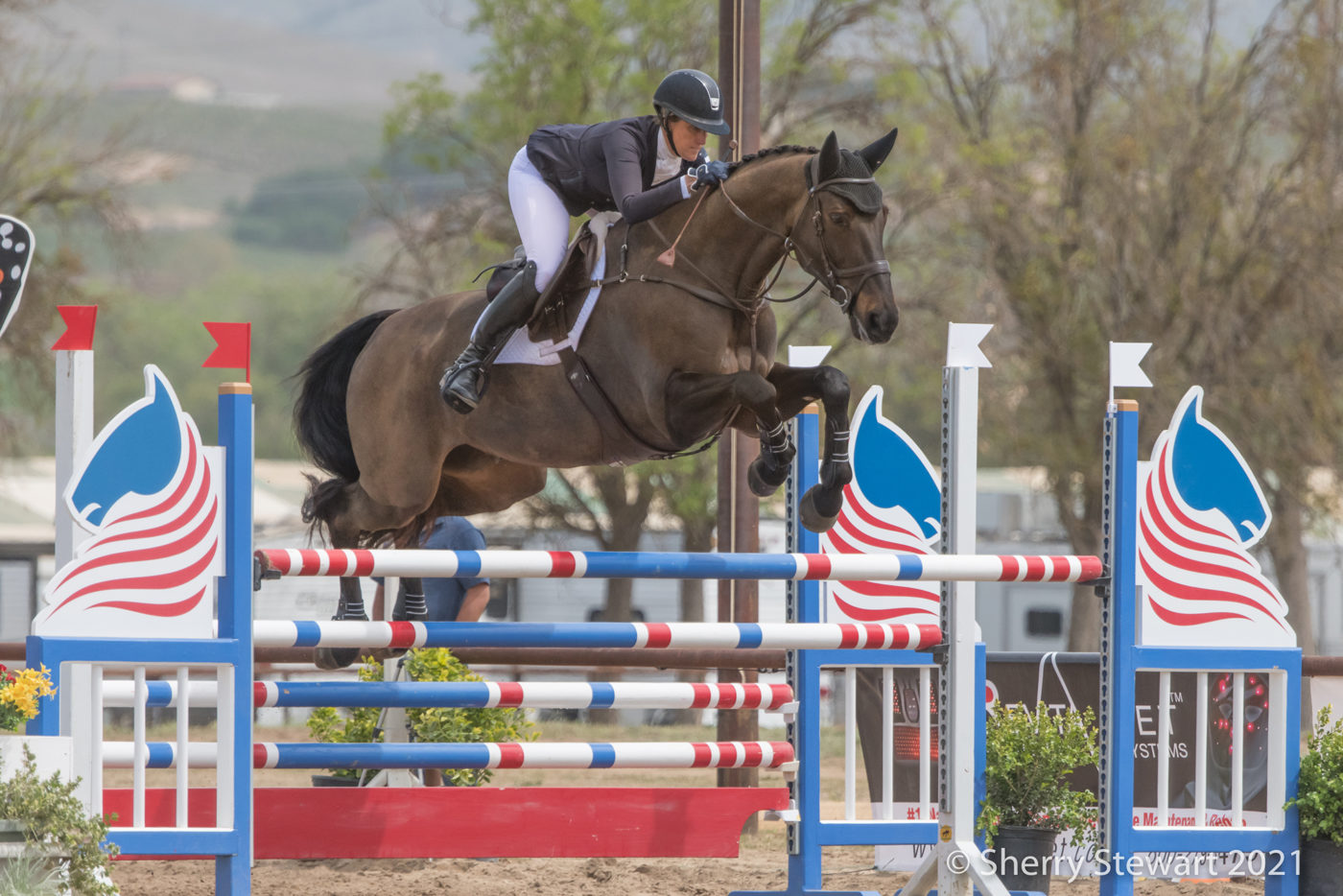 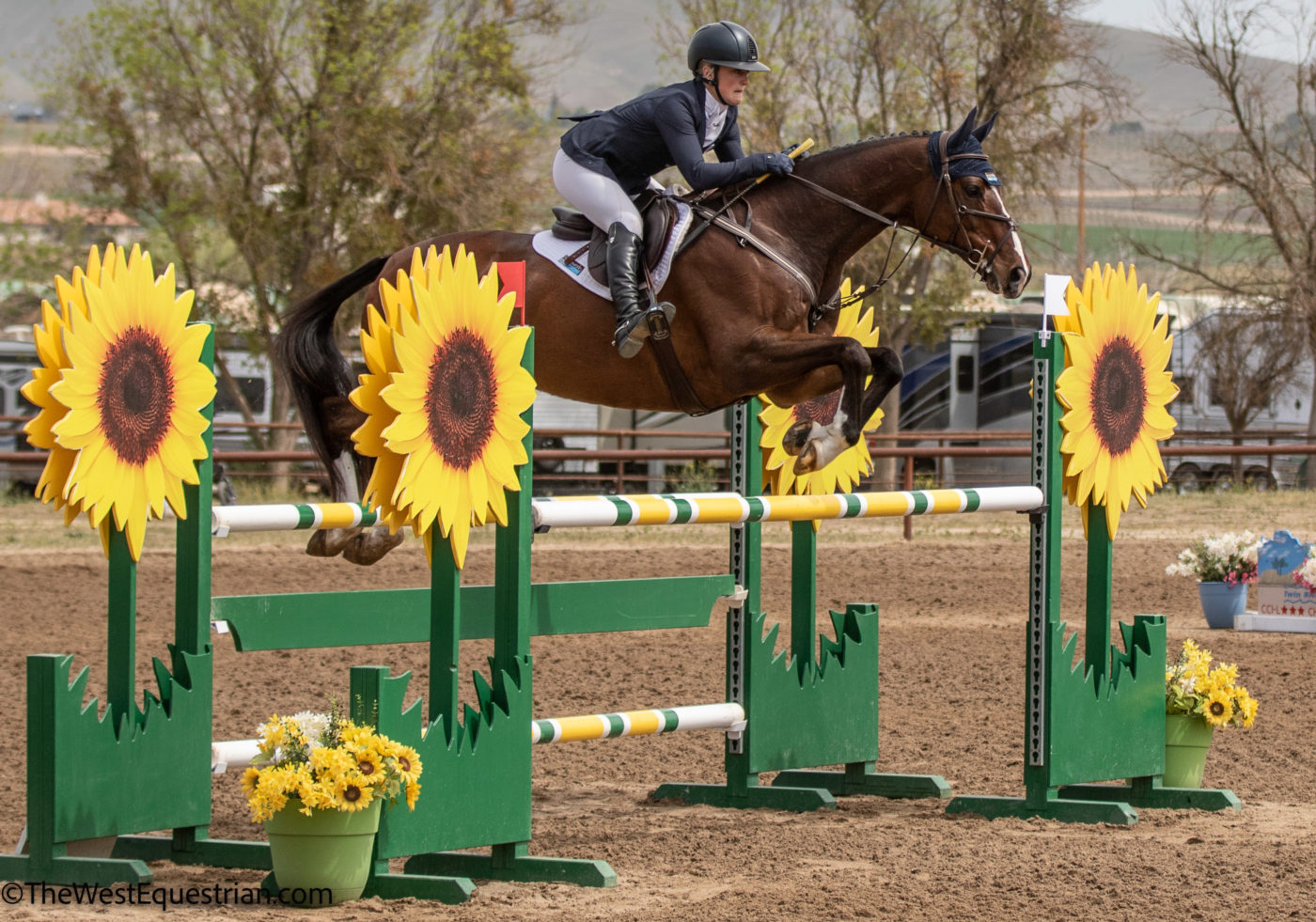 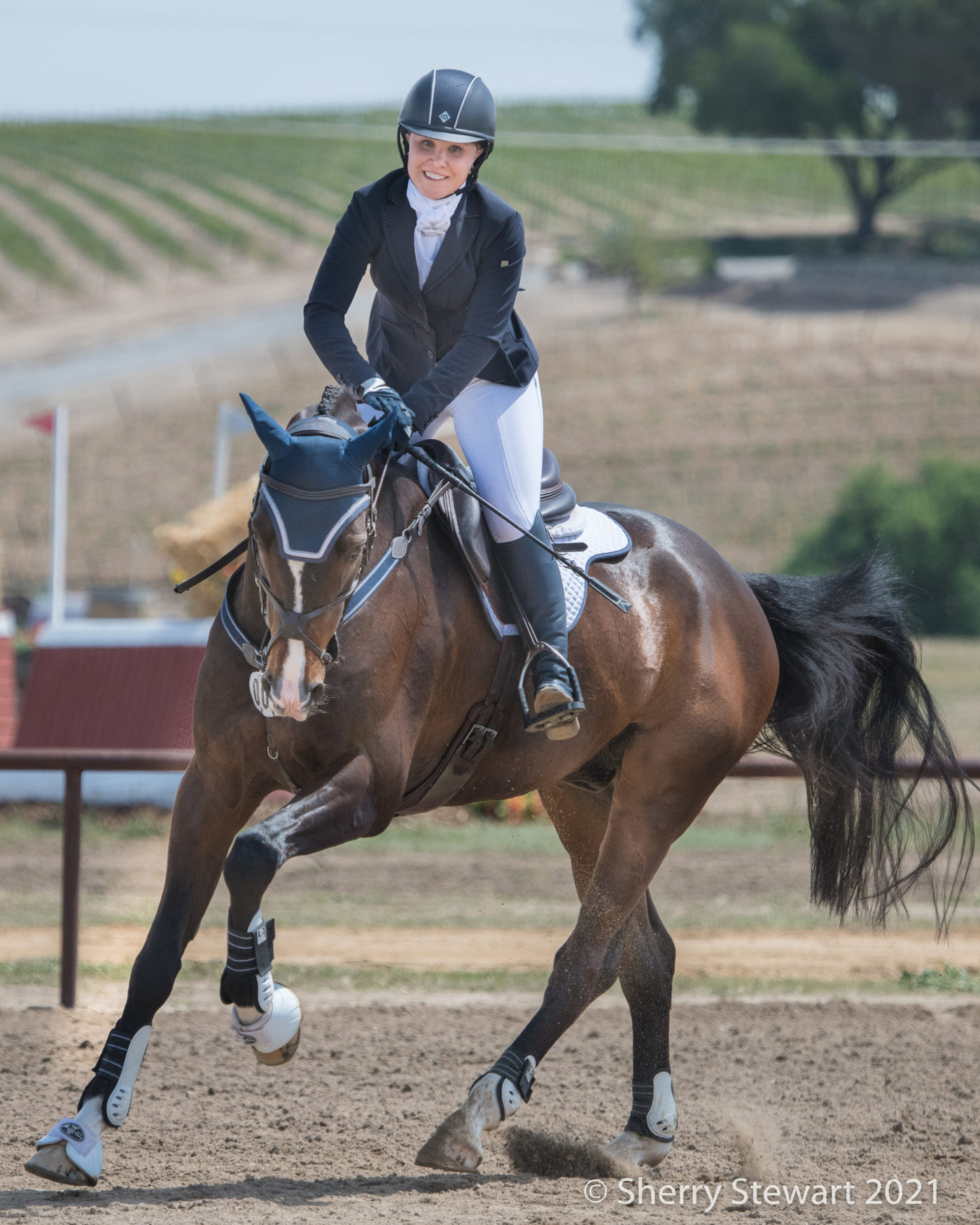 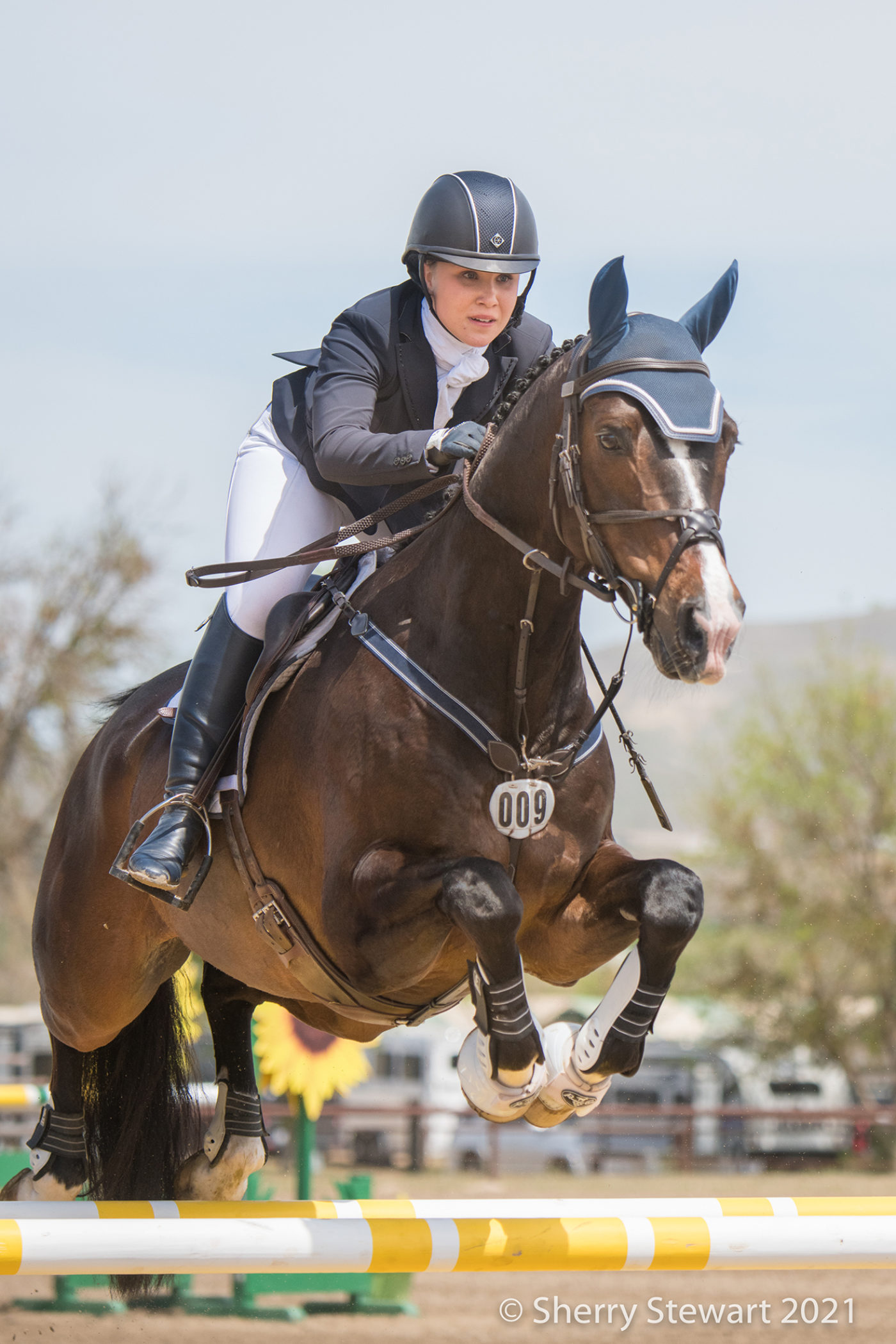 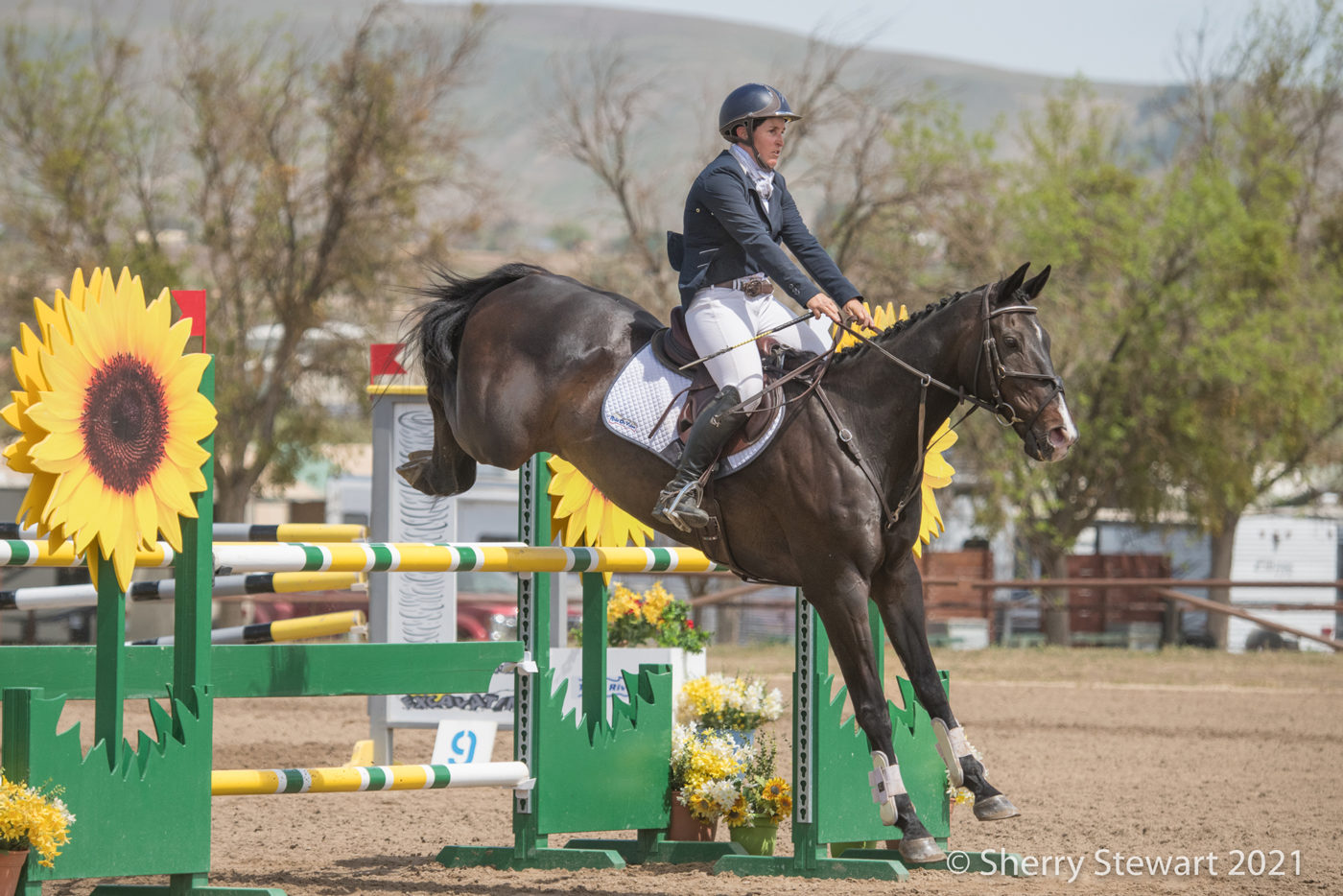 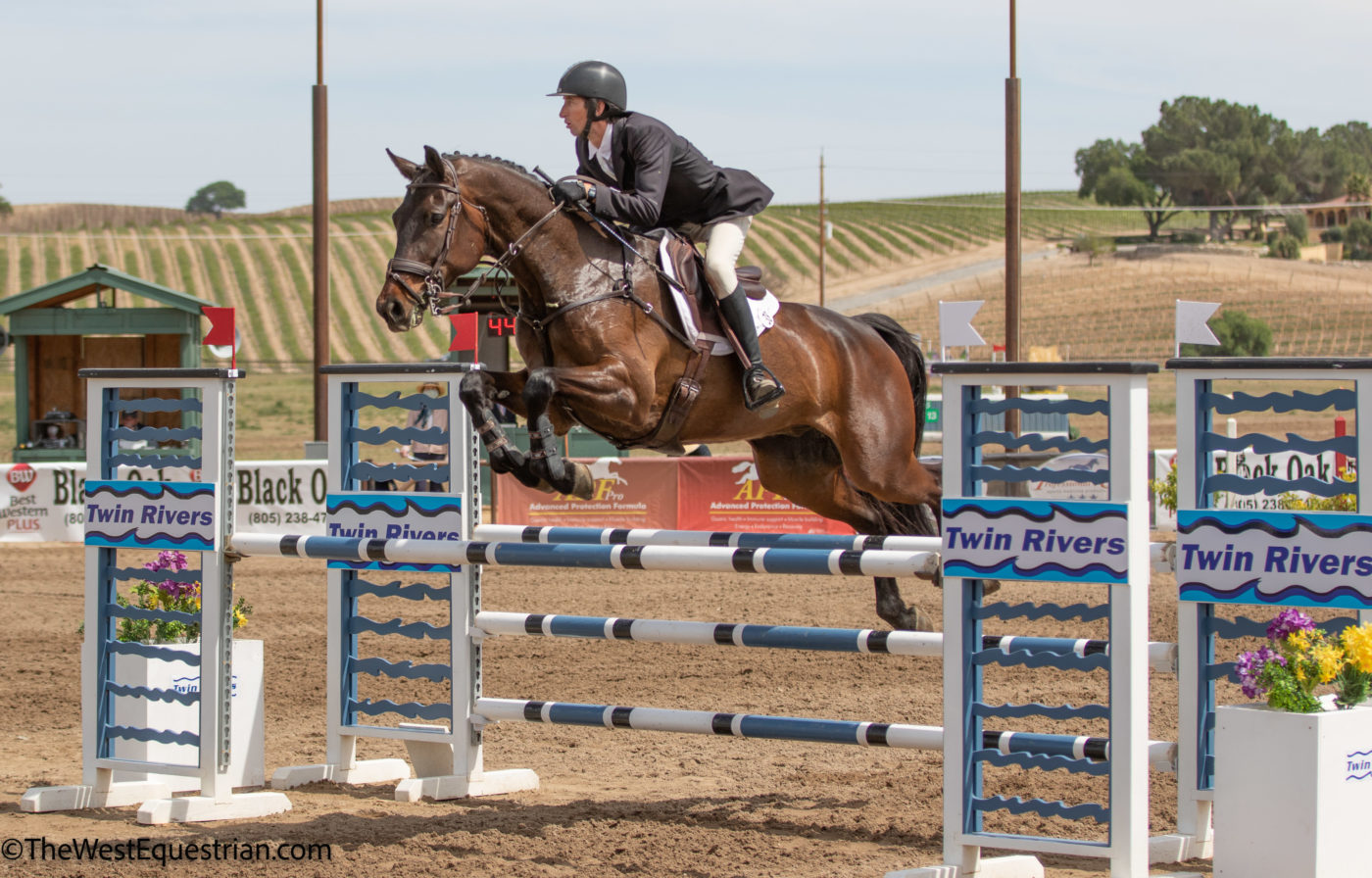 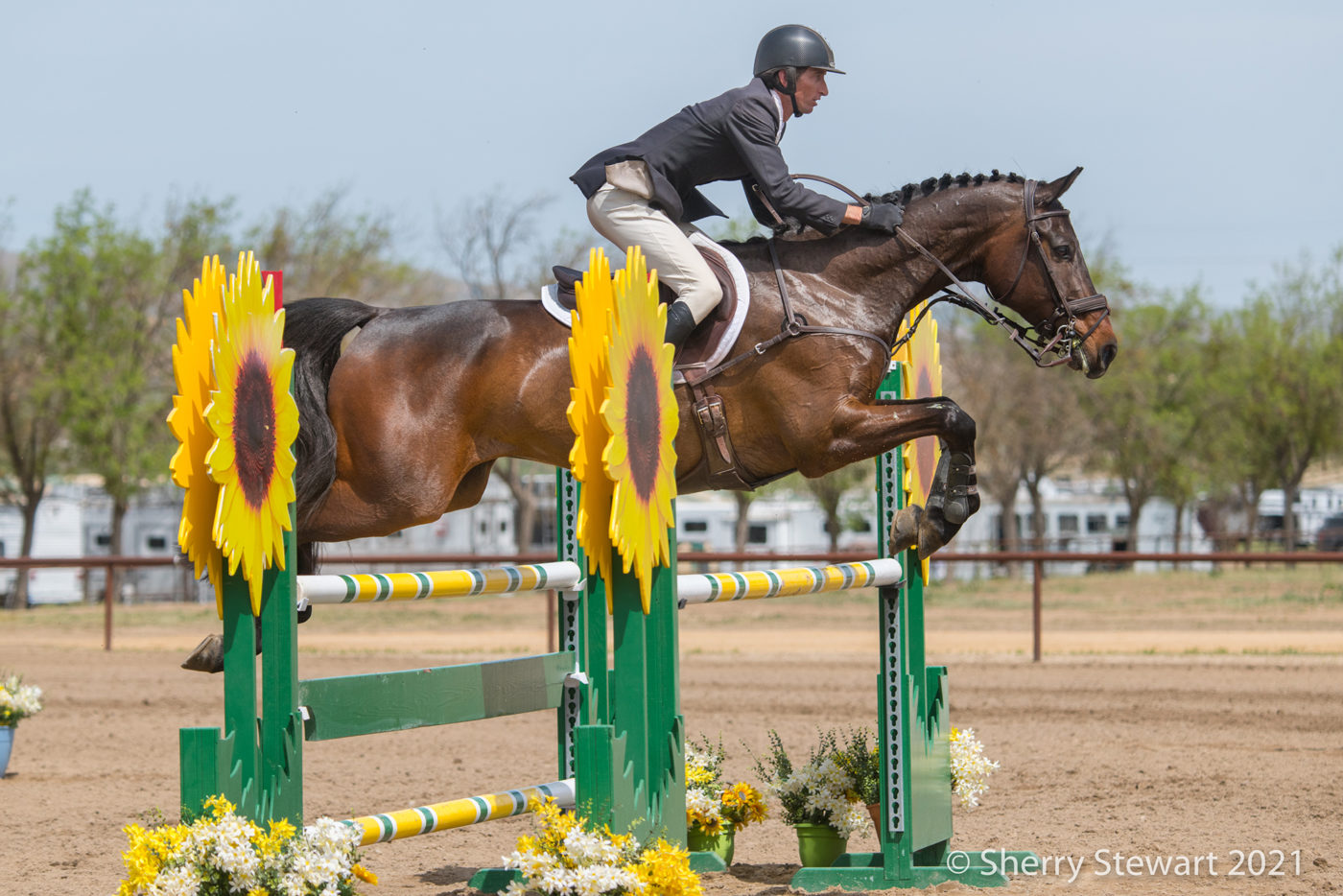 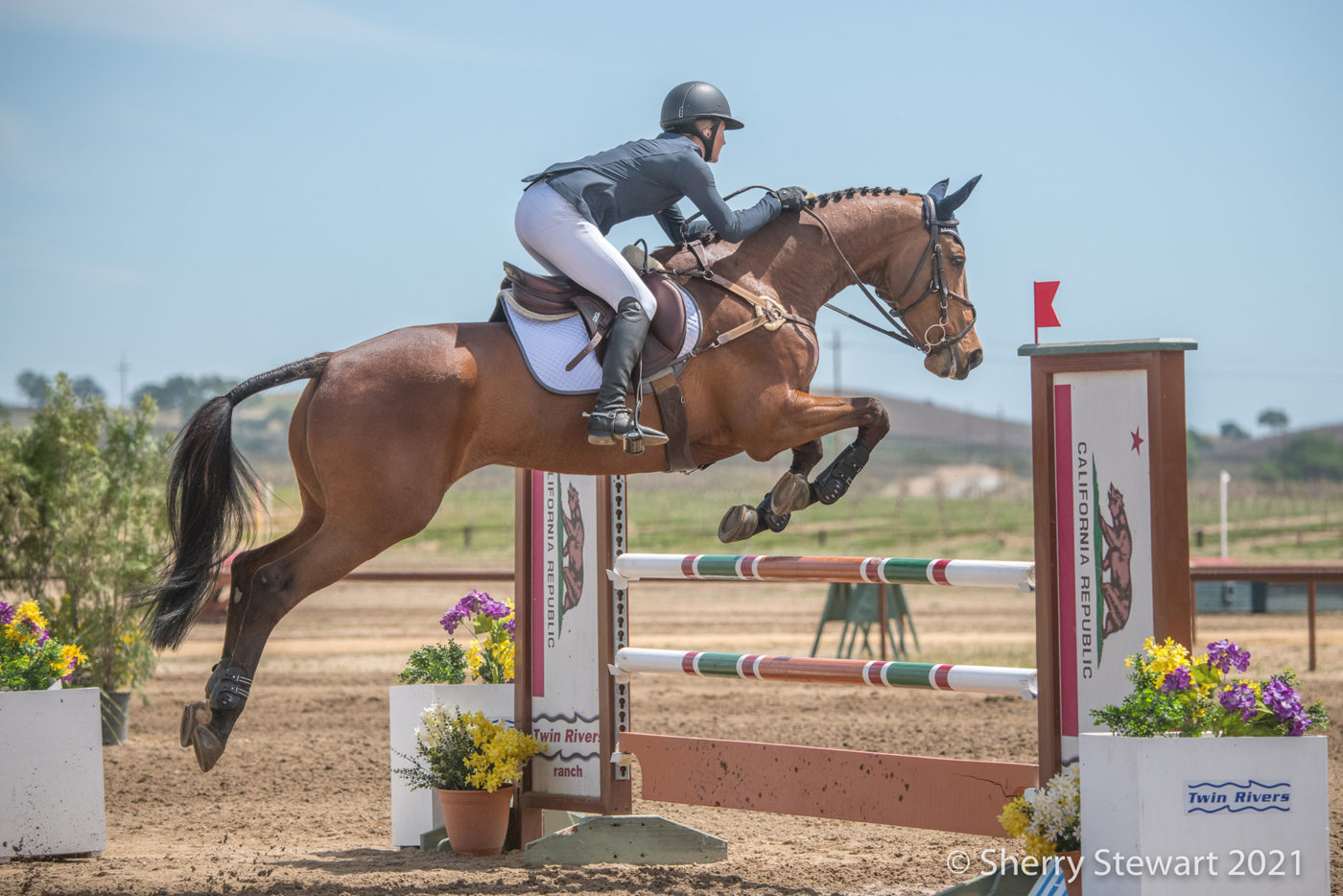 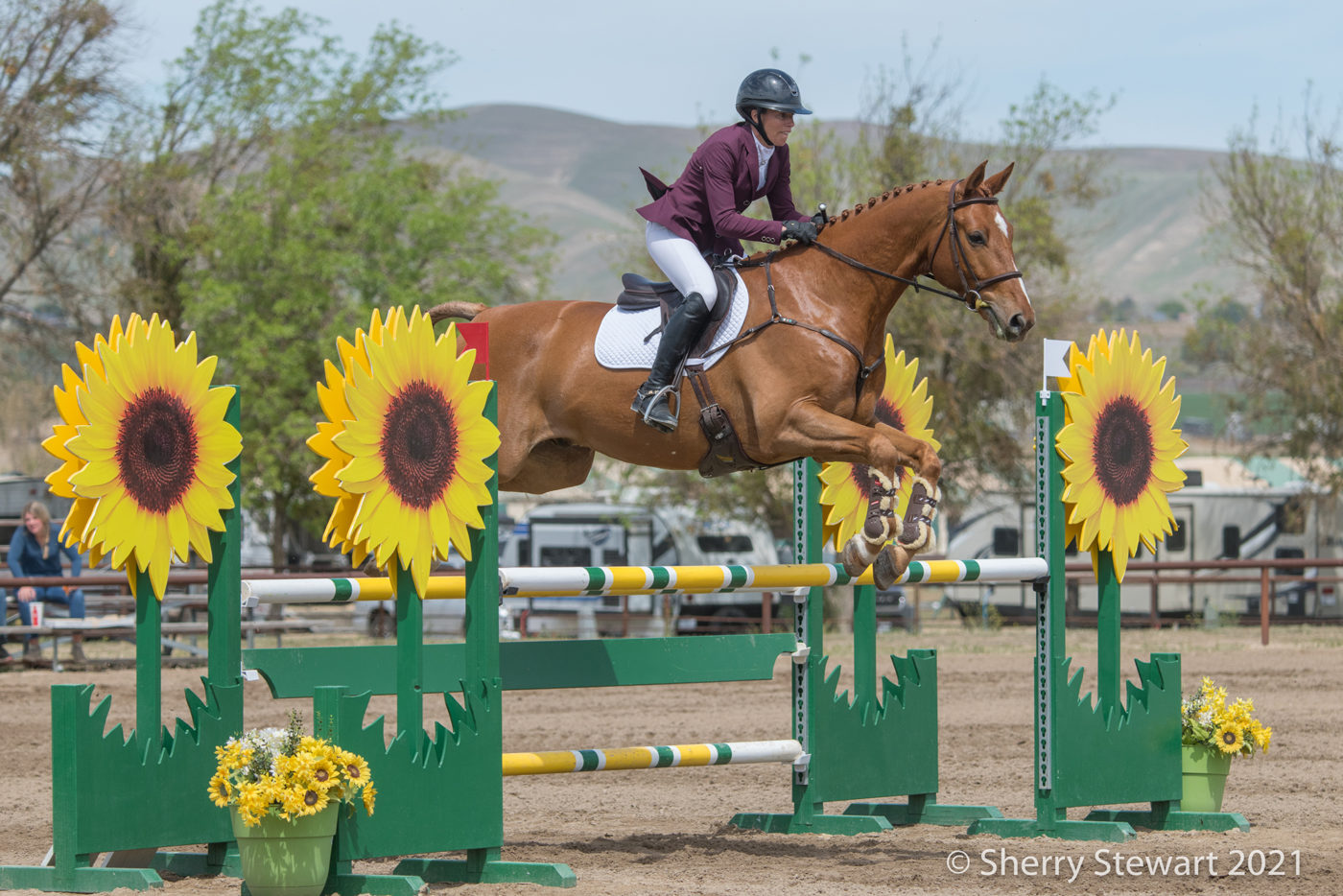