The FEH yearlings and 2-year-olds are presented in hand, where they are first judged on their conformation before displaying their gaits at the walk on a 15-meter triangle and the trot on a 30-meter triangle. Horses are judged on four categories; Type, Conformation, Movement, and General Impression.

There were 25 horses in the yearling championship, split between fillies, of which there were nine, and 16 colts and geldings. The two-year-old championships saw 10 colts and geldings and seven fillies. Colts/geldings and fillies compete in separate sub-divisions that are awarded through sixth place, and then overall ribbons are awarded through fourth place to the highest-scoring horses in each age group, regardless of gender.

Yearling fillies started the day off, with Ronald Zabala-Goetschel’s Wise Tsunamica Top (Wiseguy Too Top x Tsunami), a Belgian Warmblood/Thoroughbred cross, taking the top spot on a score of 88.3 as well as the Yearling Overall Reserve Champion title. The sire, Wiseguy Too Top, is one of the three clones of Zabala-Goetschel's four-star horse, Wiseguy, and the dam is Sally Cousin's four-star horse, Tsunami. "We call her the eight-star baby," said Zabala-Goetschel. Second place went to Annie Eldridge’s British Sport Horse, SRF Chilli Sunrise (Chili Morning x Jetting West), handled by David Flinchum, who scored an 84.24. Zabala-Goetschel’s Wise Amore Mia (Wiseguy Too Top x Ti Amo KDW Z), a Belgian Warmblood/Zangersheide cross and half-sister to the division winner, finished in third place on a score of 80.6

The largest division of the day was the yearling colts, and Wise Santos Du Pele (Donatus x Ravina), Zabala-Goetschel’s Hanoverian colt, claimed the win with the highest score of the day, an impressive 90.825. "I'm a big fan of Chris Burton's Santano II, who was fifth at [the 2016 Rio Olympics]," said Zabala-Goetschel, "and Santos is by the sister of Santano II, Ravina." He was also named the Yearling Overall Champion. Galway, Leah Zabarenko and Daryl Layfield-Insley’s Oldenburg by Grafenstolz out of Rehobeth Elite, took second place in the colt division and third overall on a score of 88.1. Zabala-Goetschel’s Anglo-Arab colt, Wise Paco Iberico (Camarinal Del Jaral x Hera Wisegirl), rounded out the top three on a score of 87.125, and also took fourth place overall.

Last of the day to go were the seven 2-year-old fillies. Top honors in the division went to SRF Harbor Moon (Hunter x Fabulous Jada), Annie Eldridge’s Holsteiner handled by Juli Sillman, on a score of 81.775. This was the same score as Bel Esprit, but because SRF Harbor Moon scored higher on “Type”, she ultimately claimed the 2-year-old Overall Reserve Champion title. Zabala-Goetschel’s Thoroughbred/Argentine Silla filly, Wise Jobita Twist (Gemini x Obera), placed second on a score of 79.925. SF Rama (Riverman x Lumiere), Maryann Luke’s Oldenburg handled by Martin Douzant, rounded out the top three on a score of 79.25

It was a clean sweep for Zabala-Goetschel today, whose horses claimed the Champion and Reserve Champion Yearling titles as well as the 2-year-old Championship. He had 10 yearlings and two-year-old competing today, and tomorrow he will present another 10 3- and 4-year-olds, including the 2015 Yearling and 2016 2-year-old Champion, Wise Master Rubelk, and the 2016 2-year-old Reserve Champion, Wise Gem Twistess. "I have been combining a lot of anglo-arab in my breeding to get some of the speed of the Thoroughbred, some of the endurance and balance of the Arabian, and some of the scope and brains of the warmblood . . . I have combined the best bloodlines from Ireland, from Germany, from Holland. Master Imp is from Ireland, and then we have Rubinstein, we have Heraldik, all those bloodlines are from Europe. That's how we got these products-combining the best bloodlines in the world to get the best here in the USA."

The USEA FEH East Coast Championships will conclude tomorrow with the 3-year-old and 4-year-old Championship divisions, starting at 8:00 a.m.

For more information about the FEH Program and Championships, contact Kate Lokey at (703) 779-9897.

To view all scores from the FEH East Coast Championships, click here.

For a recap of the FEH West Coast Championships, click here.

About the USEA FEH Program

The USEA Future Event Horse (FEH) series was introduced in 2007 as a pilot program as, what the USEA hoped would be, a successful precursor to the already popular USEA Young Event Horse (YEH) series, which is designed for 4- and 5-year-olds. Since the “test year” was so successful – with more than fifty young horses competing at the year-end Championship show – 2008 would see the FEH’s first season as a bona fide USEA program. FEH Classes are in-hand classes for yearlings, 2-year-olds and 3-year-olds. At Championships, 3-year-olds are required to compete in an additional free-jump division. New in 2017, the FEH program will offer a 4-year-old class in which the horses show their gaits under saddle at qualifier events, and compete in a free-jump division at Championships as well.

The USEA would also like to thank Loch Moy Farm and the Carolyn Mackintosh for hosting the 2017 USEA FEH East Coast Championships. We could not have done it without you! 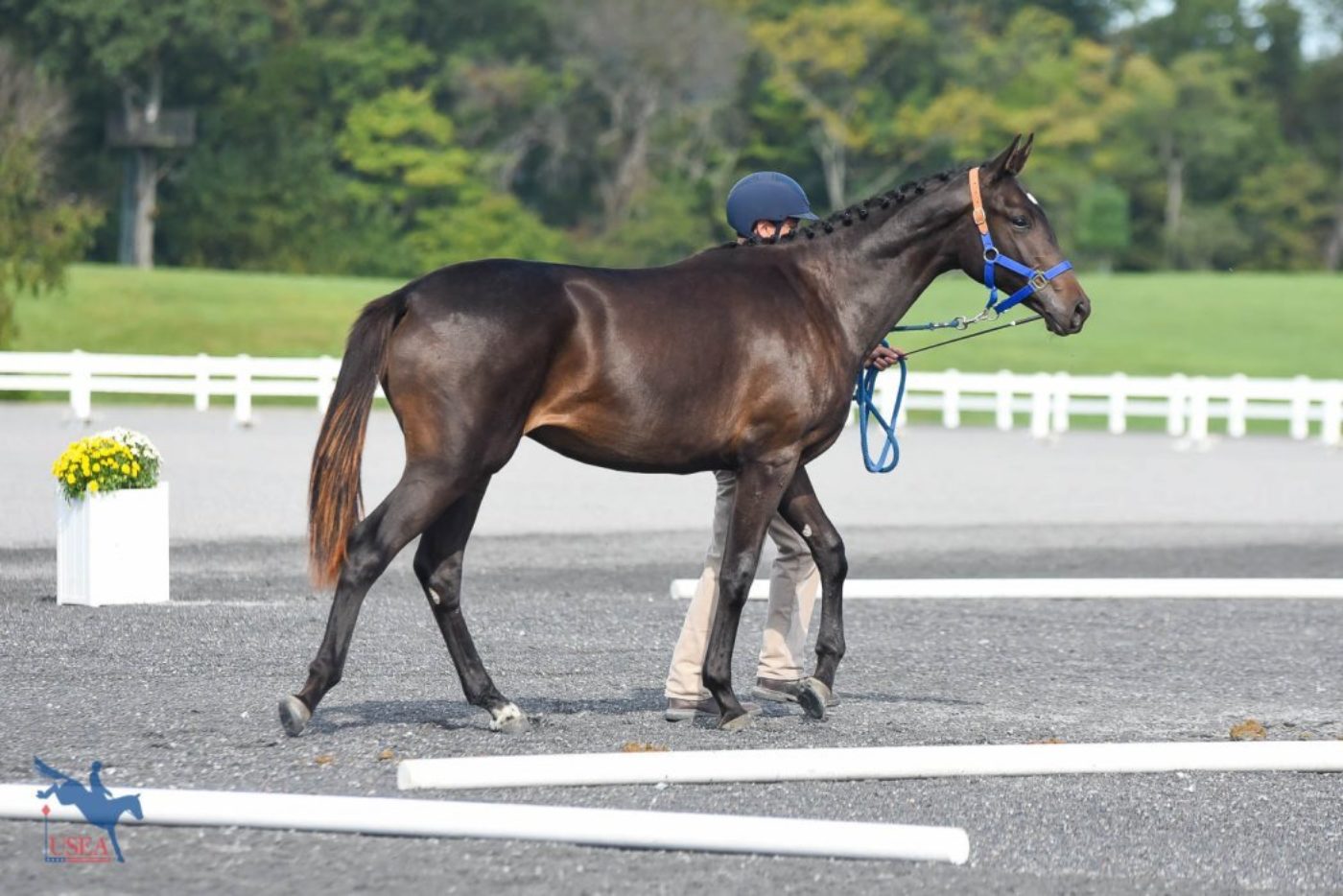 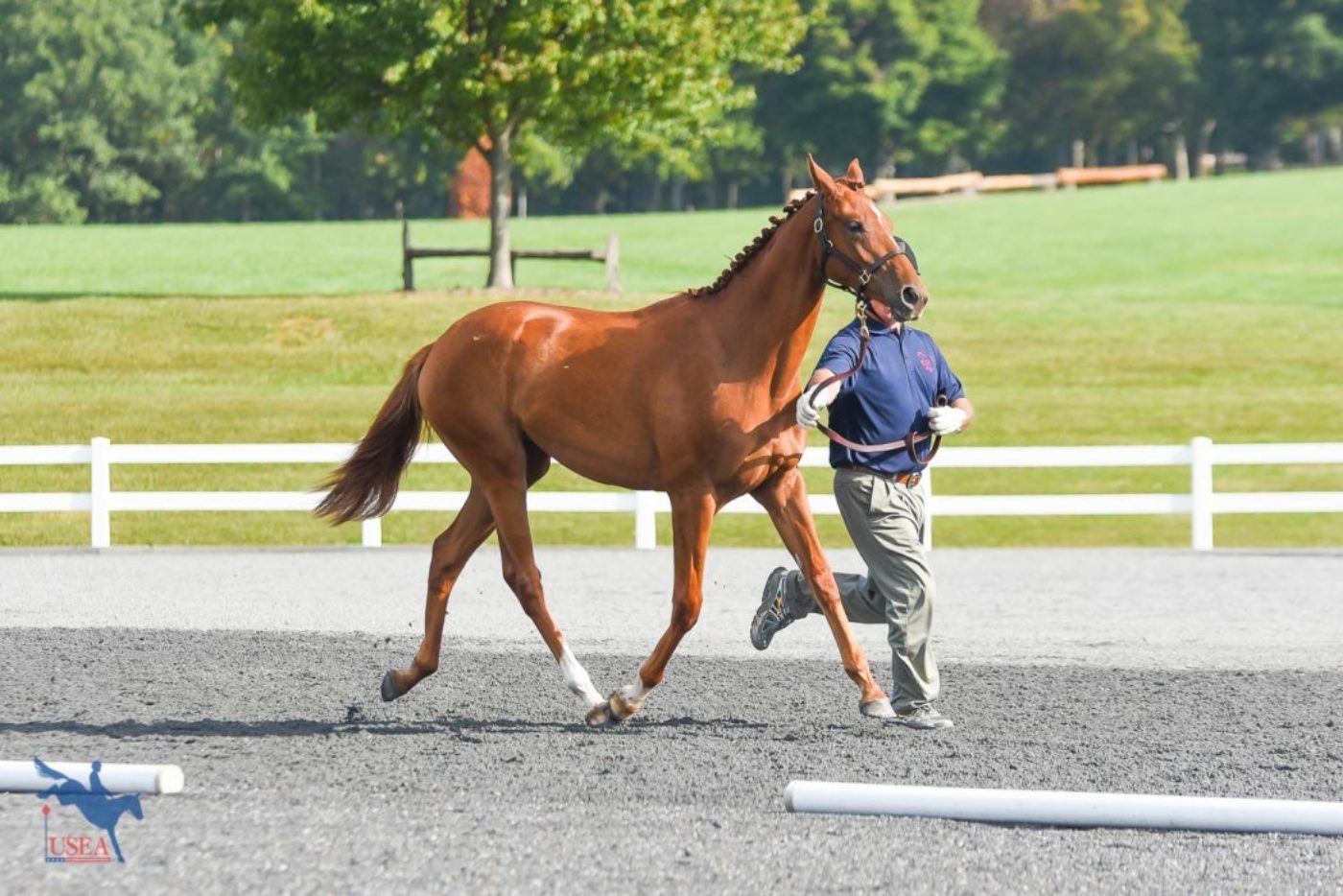 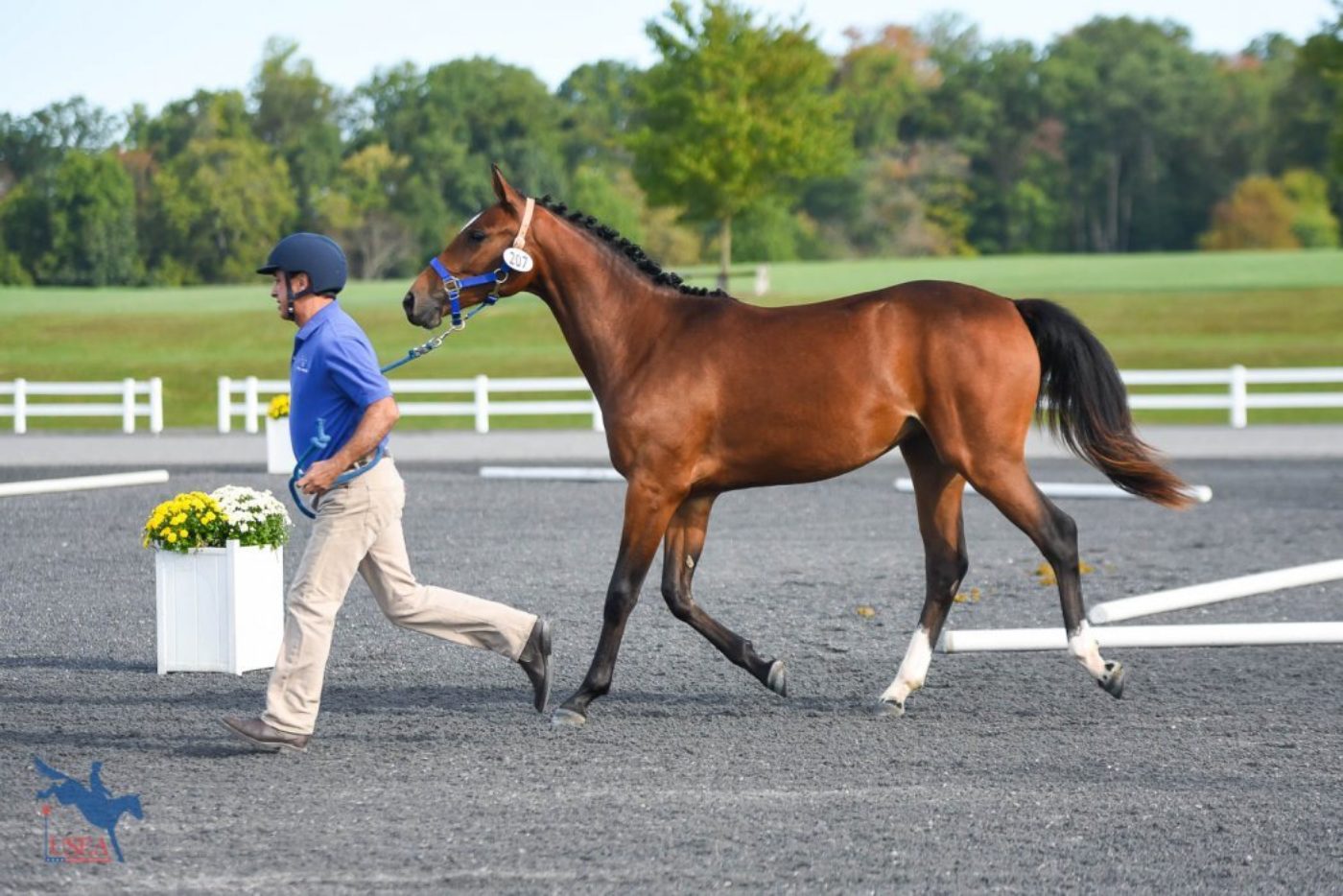 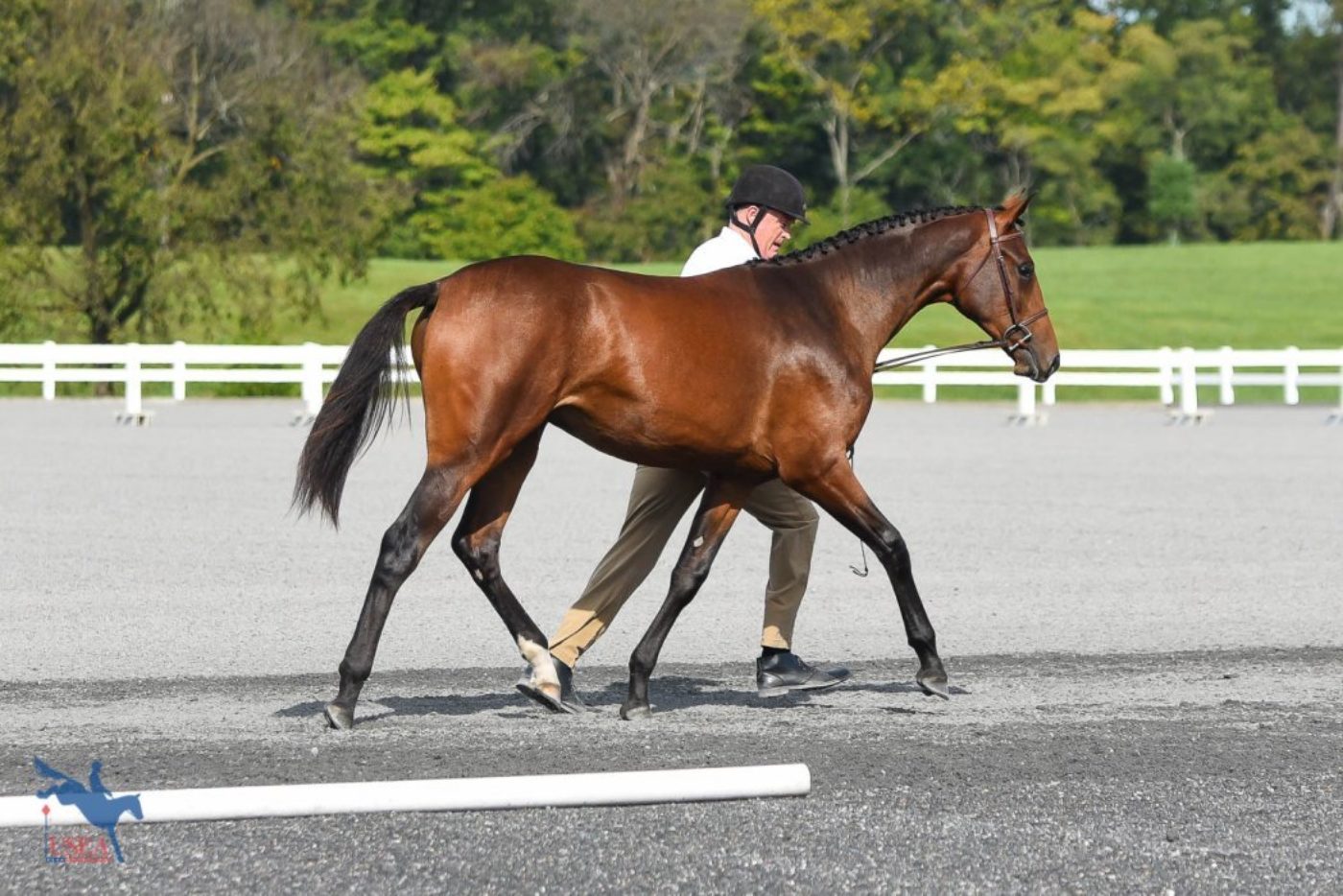 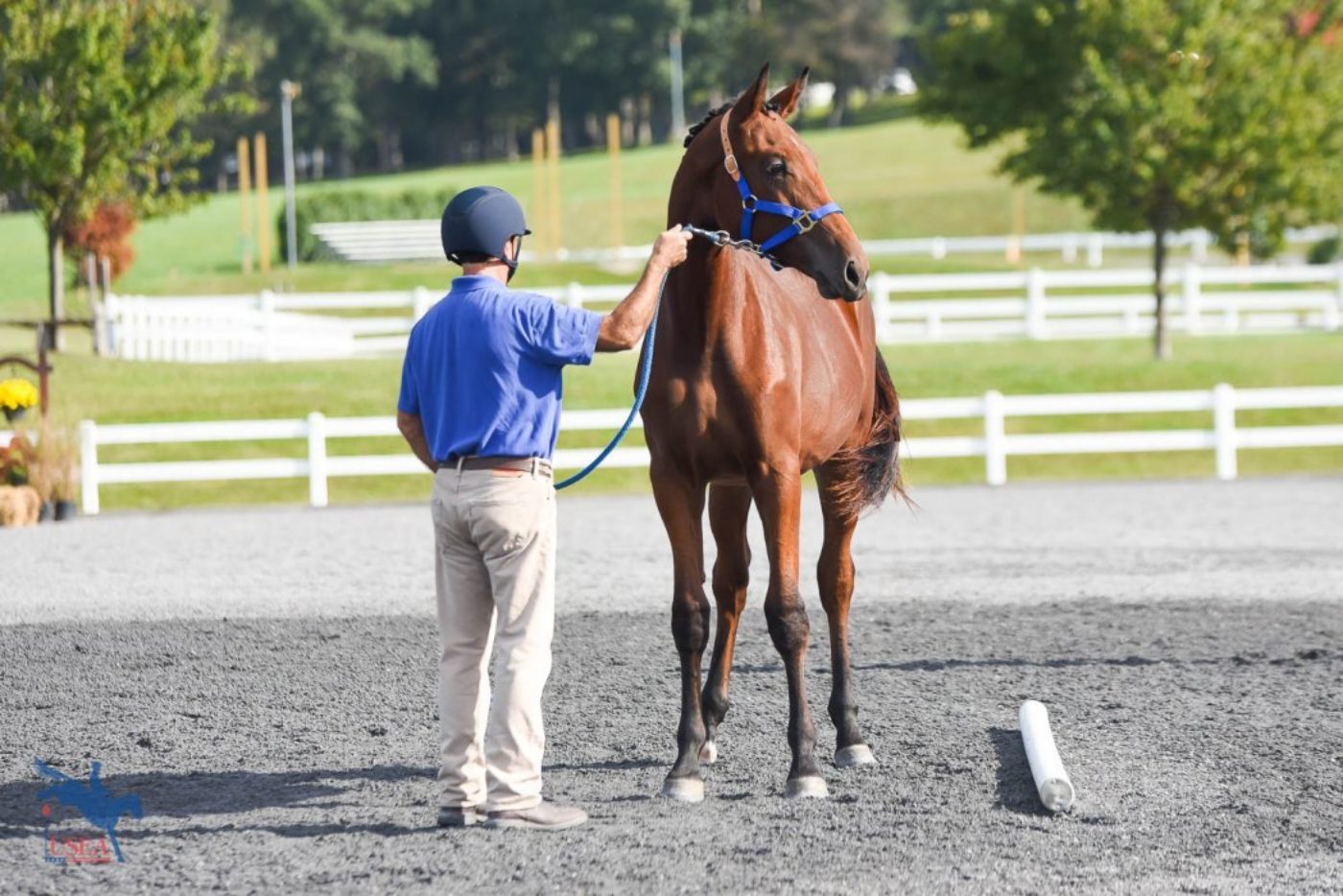 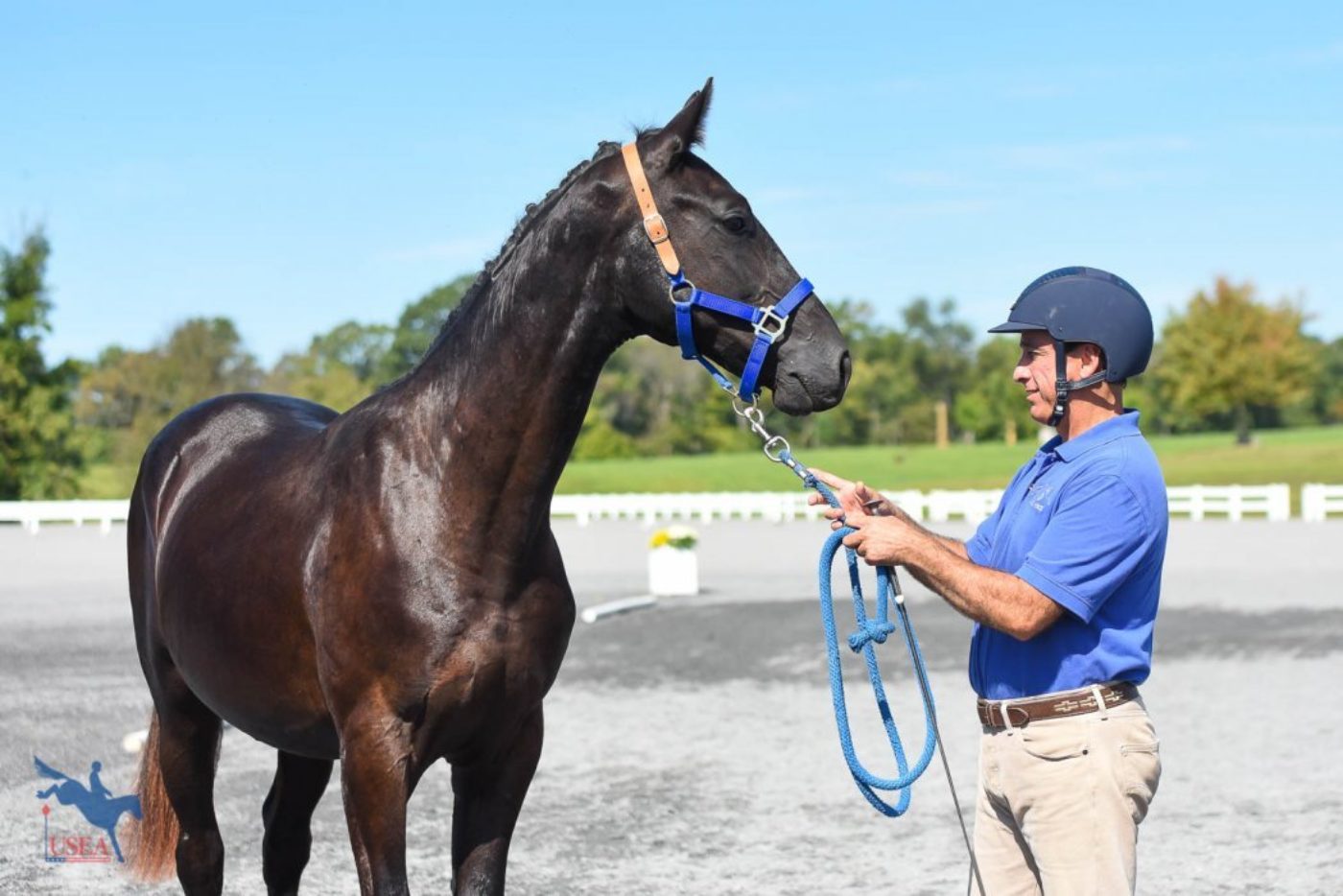 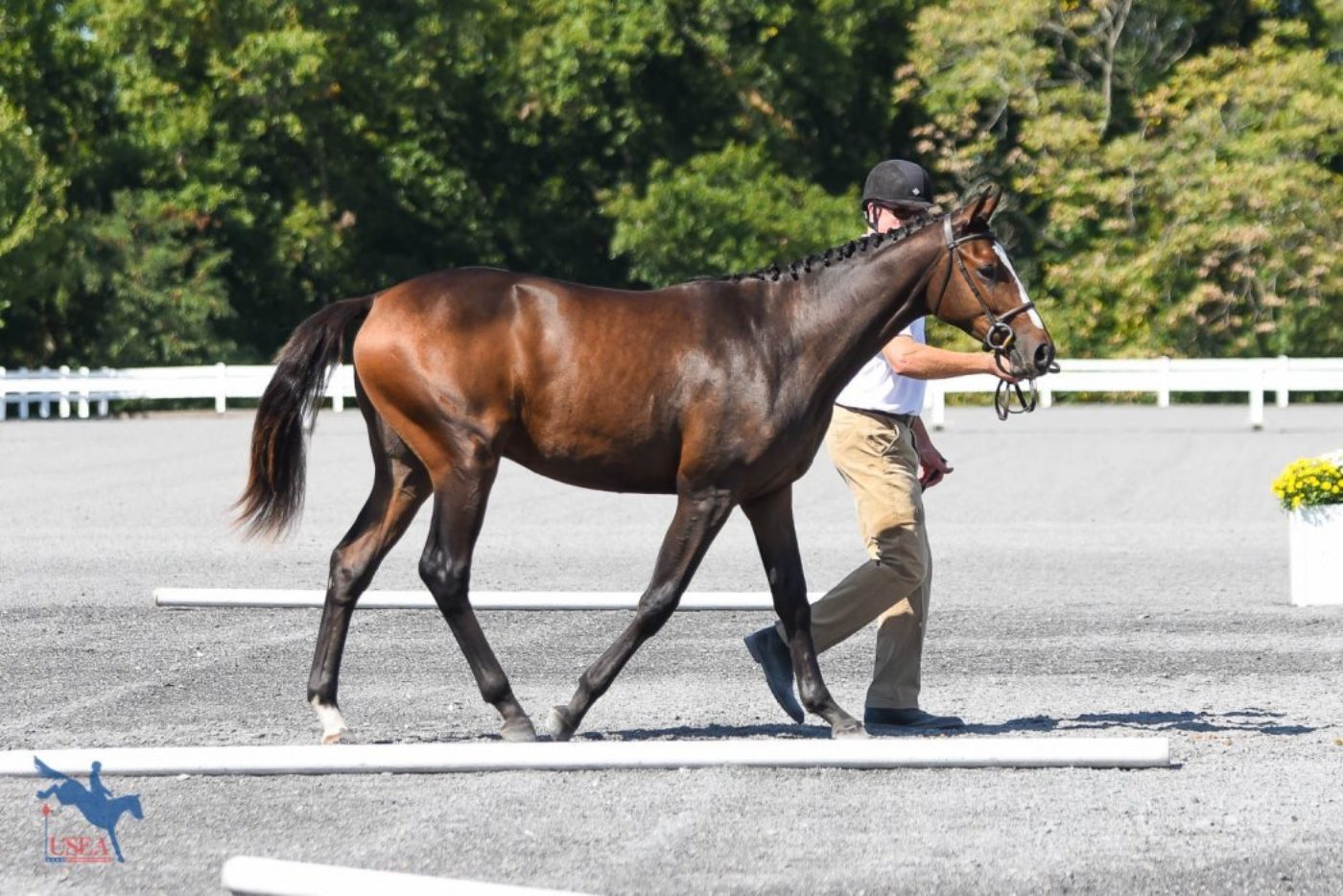 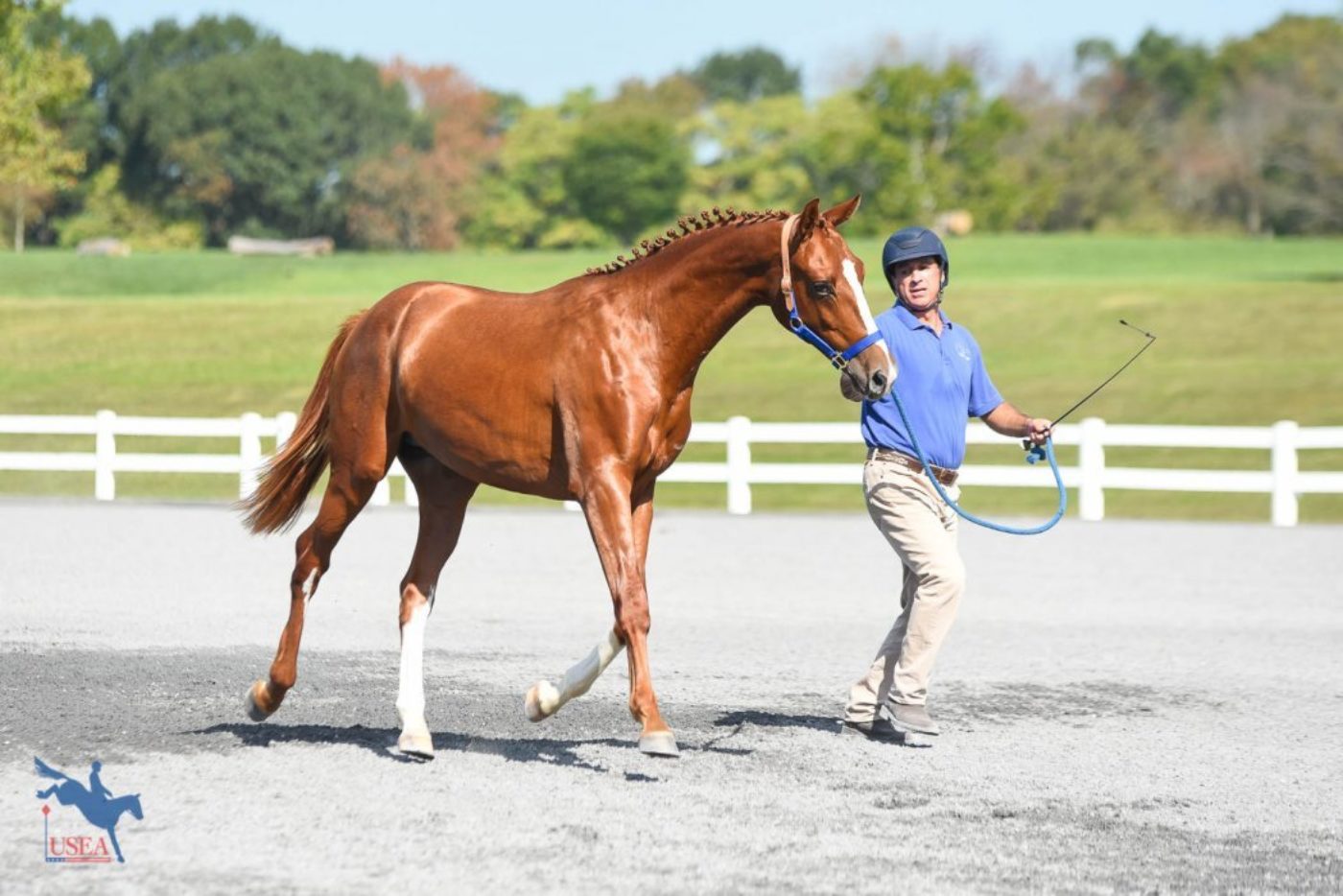 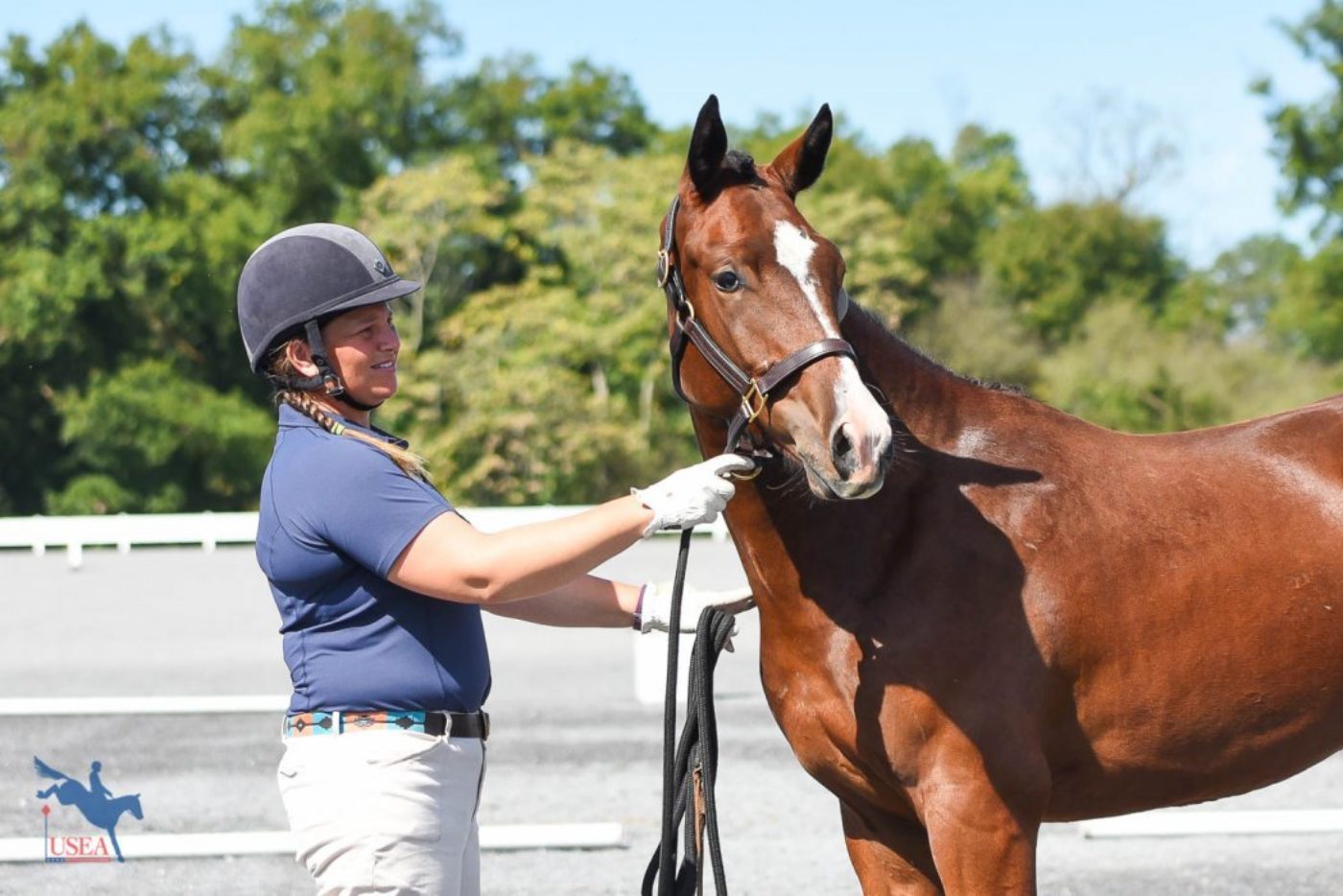 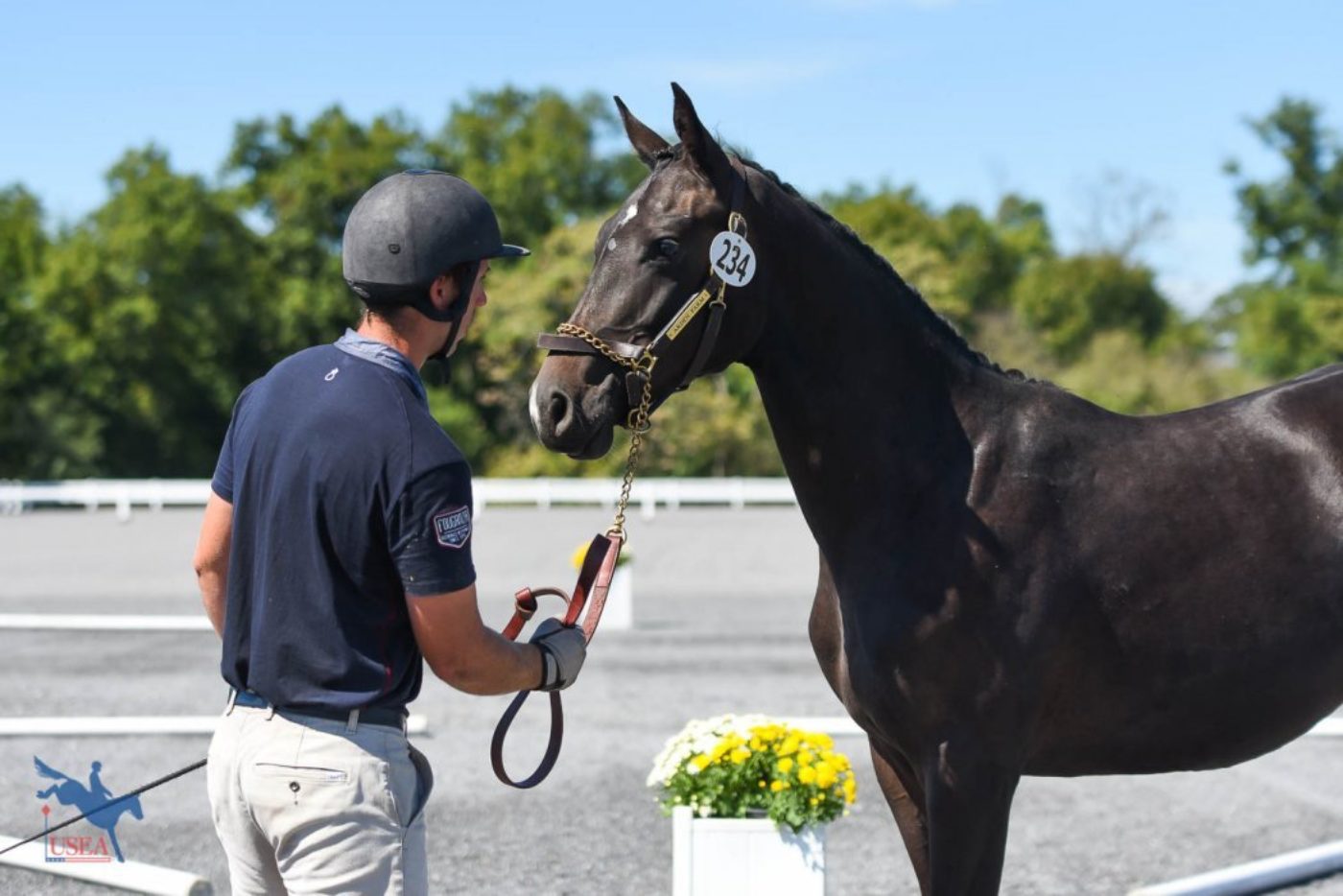 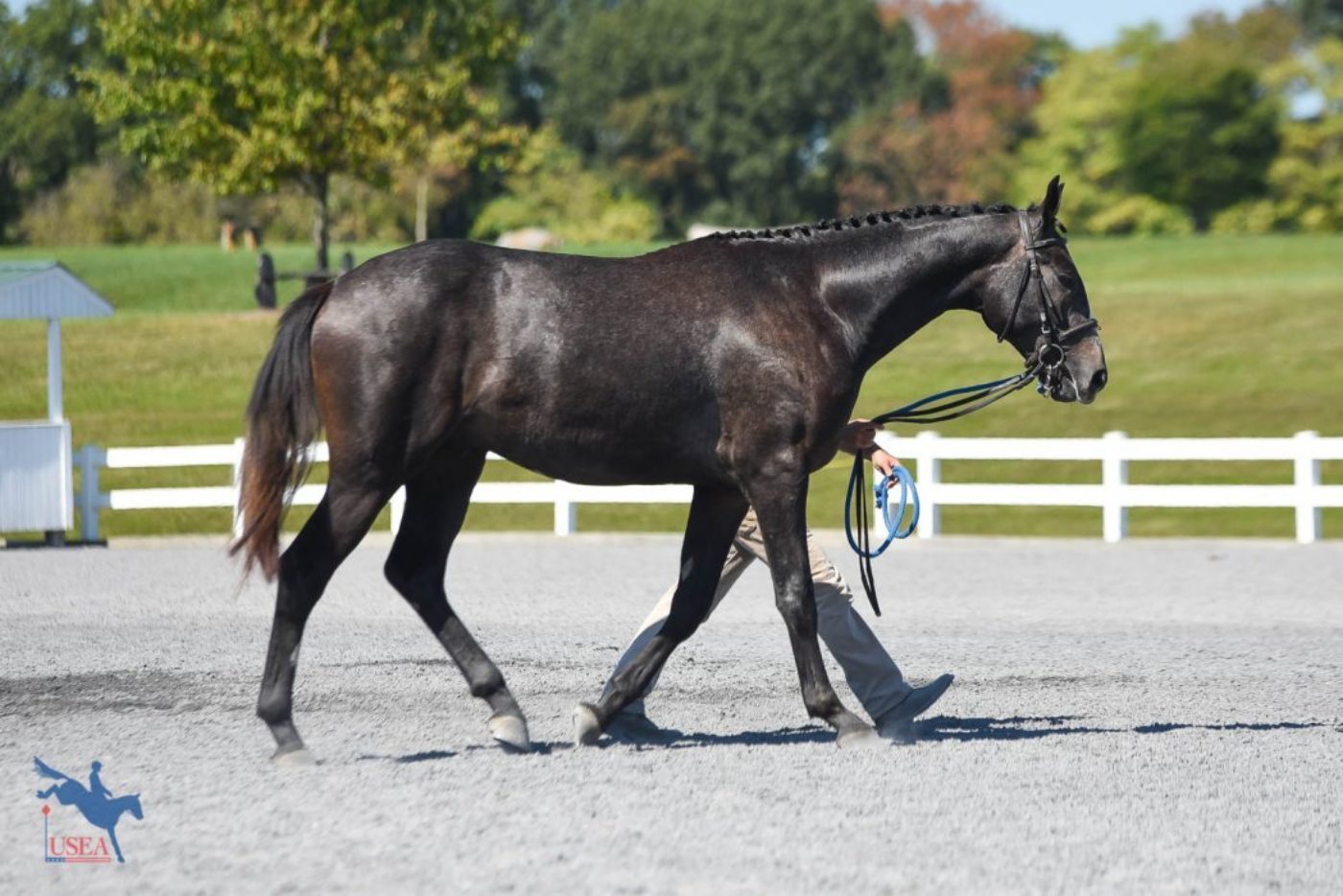