Defending champion Liz Halliday-Sharp returned to Bruce’s Field in Aiken on a mission. A good dressage and clear jumping round left her in second place on Deniro Z (Zapatero x Zonne-Trend) after the first two phases, and after the overnight withdrawal of the leader Boyd Martin, she found herself in pole position going into the cross-country. Her strategy was to “go fast and jump all the fences well!” and she executed her plan perfectly bringing home the Ocala Horse Properties and The Deniro Syndicate's 12-year-old KWPN gelding clear and a whopping 15 seconds inside the time, the fastest round of the day.

"We have such a great partnership, and he's such a good friend of mine as well," Halliday-Sharp said. "He was just magic. The horse just keeps getting better. He's so adjustable this year, so I didn't feel like I was going crazy. I galloped fast in between, but I never felt like I was taking a risk. I didn't have any fences that weren't as I planned, so that's super when you can still set them up a little, but you're still that far under the time. He's just a great horse. It's a pleasure to be here riding him.”

Phillip Dutton, who finished right behind her in second and third places on Tom Tierney, Simon Roosevelt, Suzanne Lacy, Ann Jones, and Caroline Moran's 12-year-old Zangersheide gelding Z (Asca x Bellabouche) and Tom Tierney, Ann Jones, and David Vos's 11-year-old KWPN gelding Fernhill Singapore (Singapore x Riedellia), respectively, had left her the slimmest of margins for time before she set off on course, last to go. "You always feel pressure when you're in the lead," Halliday-Sharp acknowledged. "I knew the time was tight but I didn't think it was quite as tight as Wellington because some people were way under, so it sort of felt like if I was smart I'd be inside the time, but you never know. It was a tough enough course to ride.”

Of the 23 starters, there were 21 clear jumping rounds on Mark Phillips’ course, nine of those inside the time. Allie Sacksen and Sparrow’s Nio (Grange Finn Sparrow x JB), her own 17-year-old Connemara/Thoroughbred gelding, broke a frangible pin at the ninth fence to add 11 penalties but still finished inside the time, and Anna Loschiavo added 20 penalties to her score when Spartacus Q (Soleil Q x Laura Q), Melanie Loschiavo's 11-year-old Hanoverian gelding, ran out at the corner at 10.

The sun shone again and a large crowd enjoyed the action. Deniro Z is being aimed at the Land Rover Kentucky Three-Day Event this spring after a successful run at the Burghley Horse Trials last year. “We have big hopes for him for other things. I was going to give him a good ride. I wasn't going to do anything stupid, but I feel like he got his blood up and a good puff on without taking any chances with turns or anything, which is exactly how I wanted it to be,” a delighted Halliday-Sharp explained. "It's a lot of fun here because you've got to zoom through the different arenas, so it's a very different feel to running through Wellington which was all on the grass. I think the course was a bit stronger this year than last year, which is cool. I think it's good for all of us. Certainly, the show jumping was a real test for all of us, which we all need to do: to be put out of our comfort zone and under pressure, and that's why we come to these things."

Dutton pushed Halliday-Sharp all the way, adding just one second of time show jumping with Fernhill Singapore to both his dressage scores. “You can only deal with what happens on the day and they both went well," Dutton said. "I thought Liz rode beautifully so it was a good finish. It rode a bit quicker than I expected, we had to go a little bit faster than we did in Florida but it’s a little bit later in the year so that’s good.”

Fernhill Singapore is aiming for Kentucky and Z for Badminton, and both horses will likely target The Fork next on their journey. “I’ll probably go out a little slower next time and get them back to settling down but I think it’s been a huge success for the sport and for the town; it brings a lot of new people, and people that get to see the sport this way and I think it’s pretty exciting having it in reverse order.”

Will Faudree and Jennifer Mosing & Sterling Silver Stables' 13-year-old Holsteiner mare Caeleste (Contender x HappyGoLucky) had been tied for fifth place overnight with Lauren Nicholson and Veronica (Pacific x Kimbel), Team Rebecca LLC's 18-year-old KWPN mare, but a fast clear ten seconds under the time gave him the edge and fourth place. Nicholson looked thrilled to be competing Veronica again at the level and they had a comfortable round with an extra 1.2 time penalties to finish in fifth place.

Mike Pendleton walked the cross-country course three times with Boyd Martin, Steady Eddie’s (Jetball x Tudnela) former rider to come up with a strategy that would suit Pierre Colin, Denise Lahey, and George and Gretchen Wintersteen's 17-year-old Australian Thoroughbred best. “He was a really good boy. He set out fast and I was a little bit worried about the corner because he’s a little bit dodgy there but he was a good boy. I was a little bit worried coming into this because the course doesn’t really suit him being twisty and turny and very short but he stepped up to the plate today.” Like so many of the combinations here this weekend, Mike has big plans for this spring. “If everything lines up then we’ll try to go to Kentucky but we’ll see how the season plays out. I haven’t sent my entry in yet though, I feel like that’s bad juju, it’s too early!” 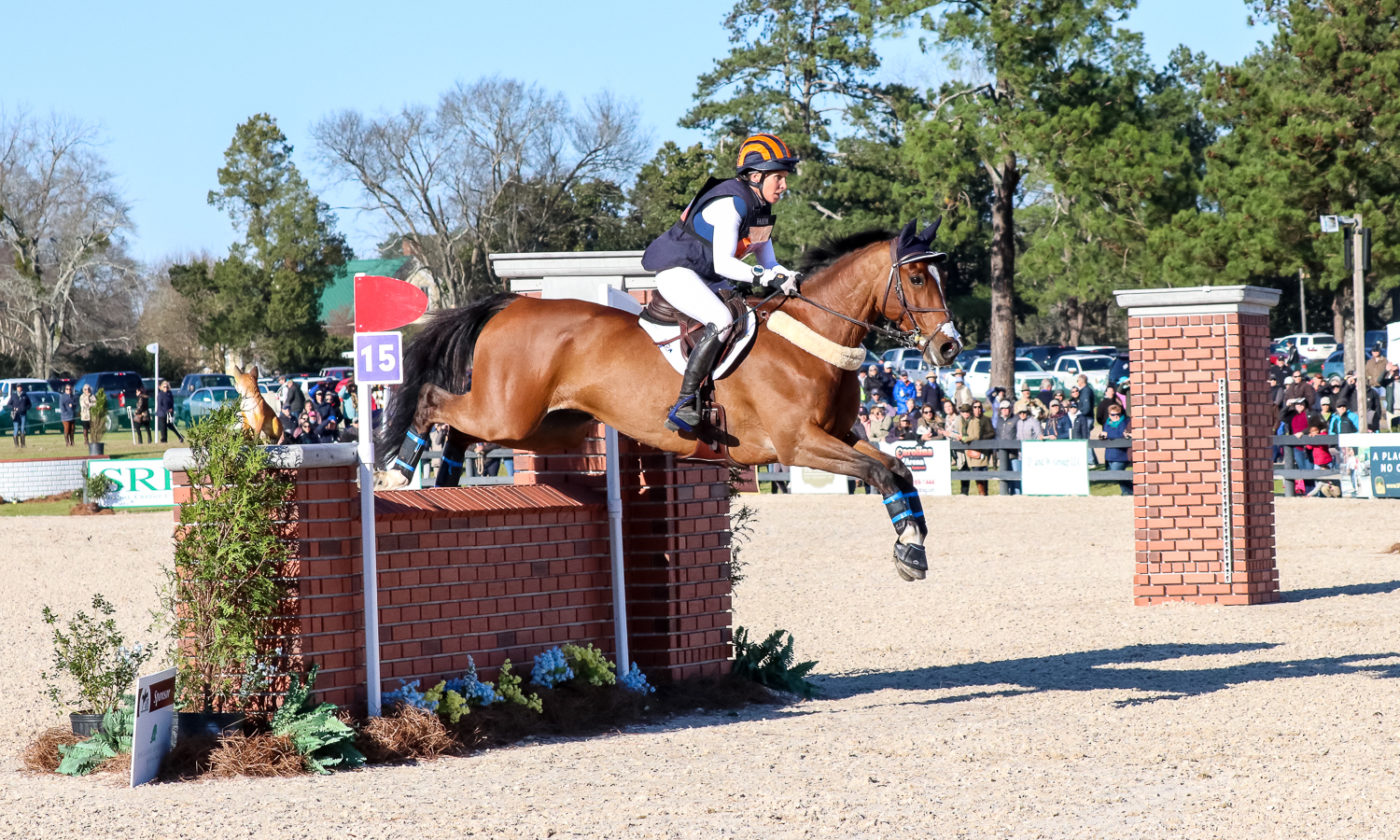 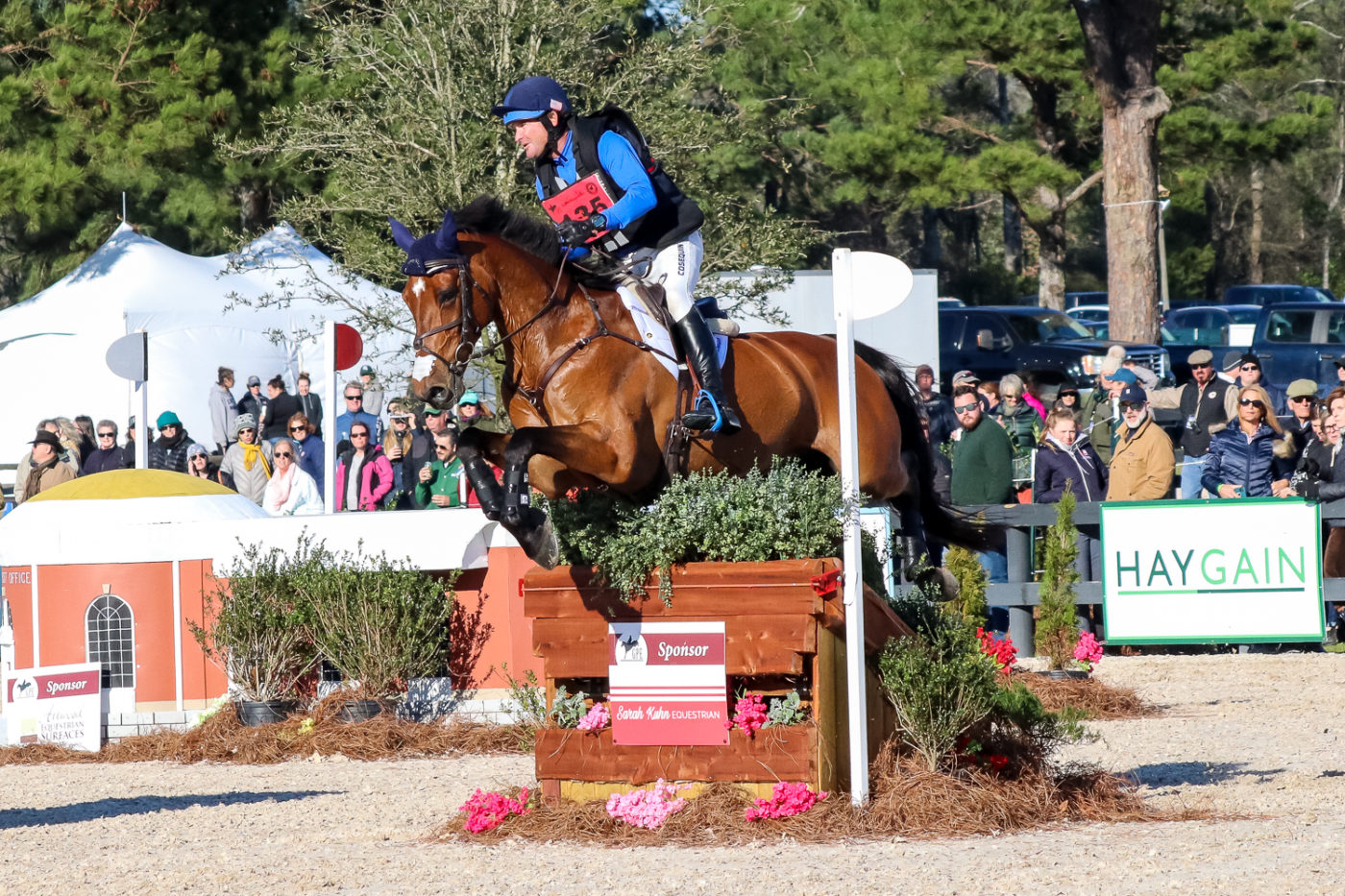 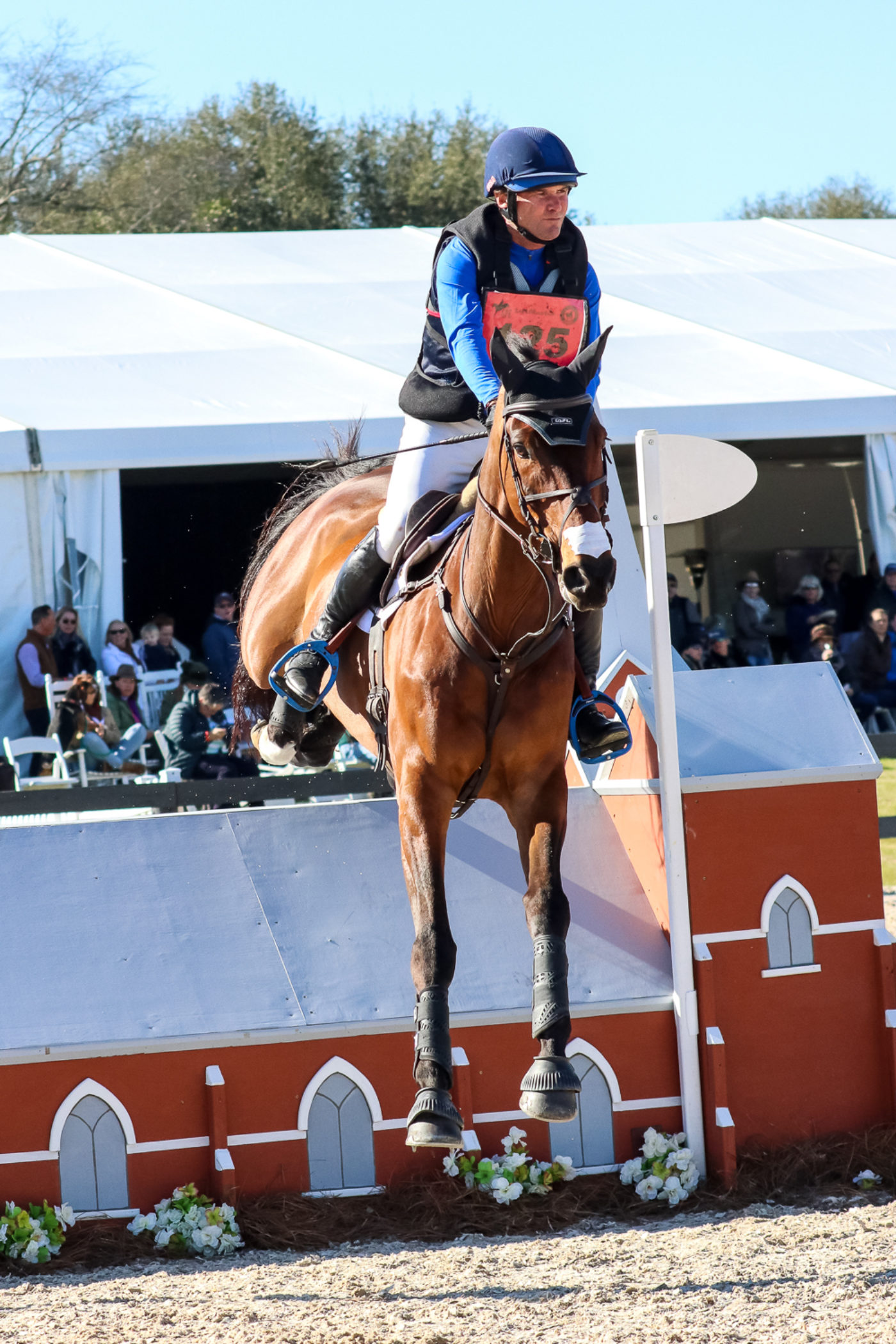 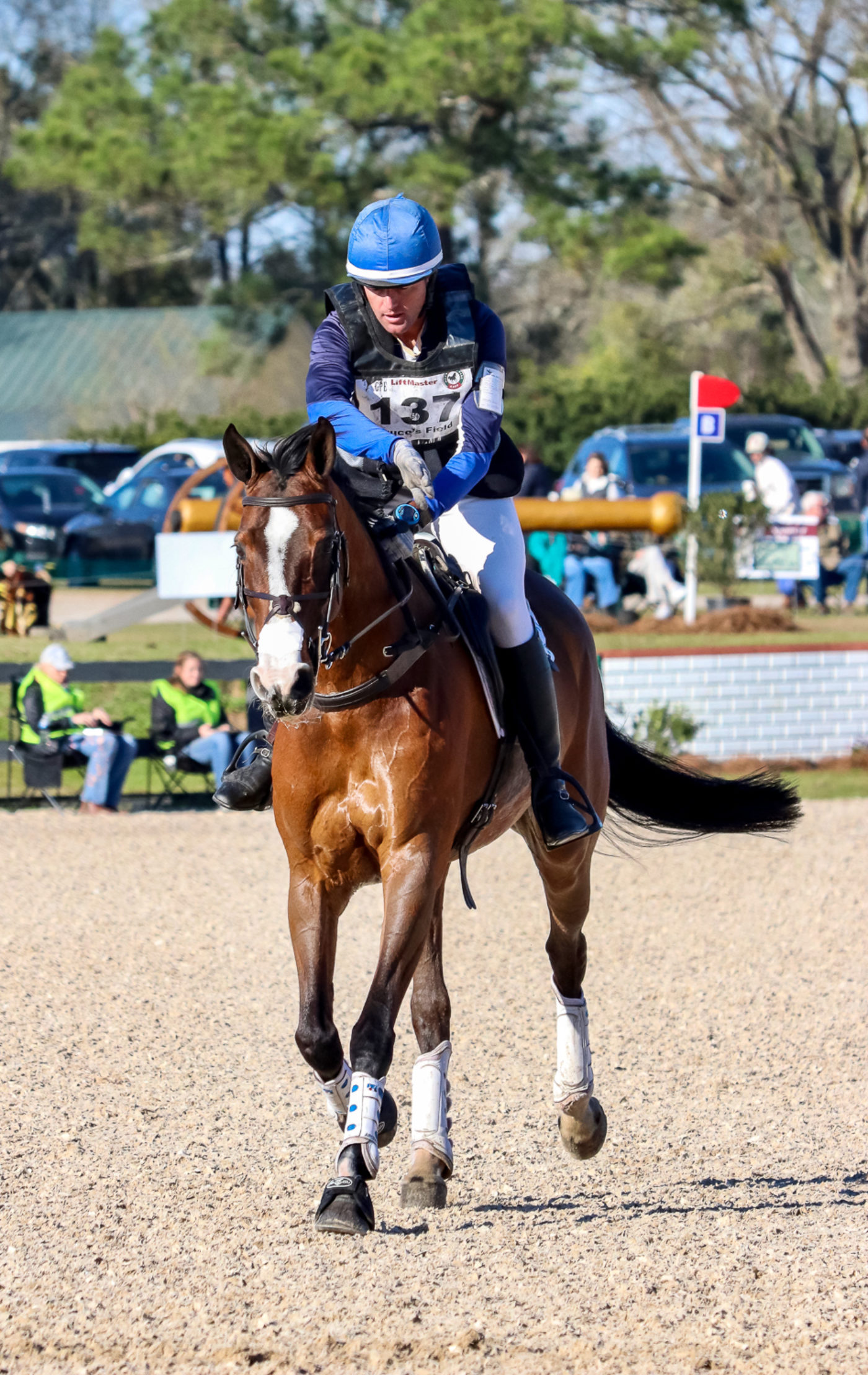 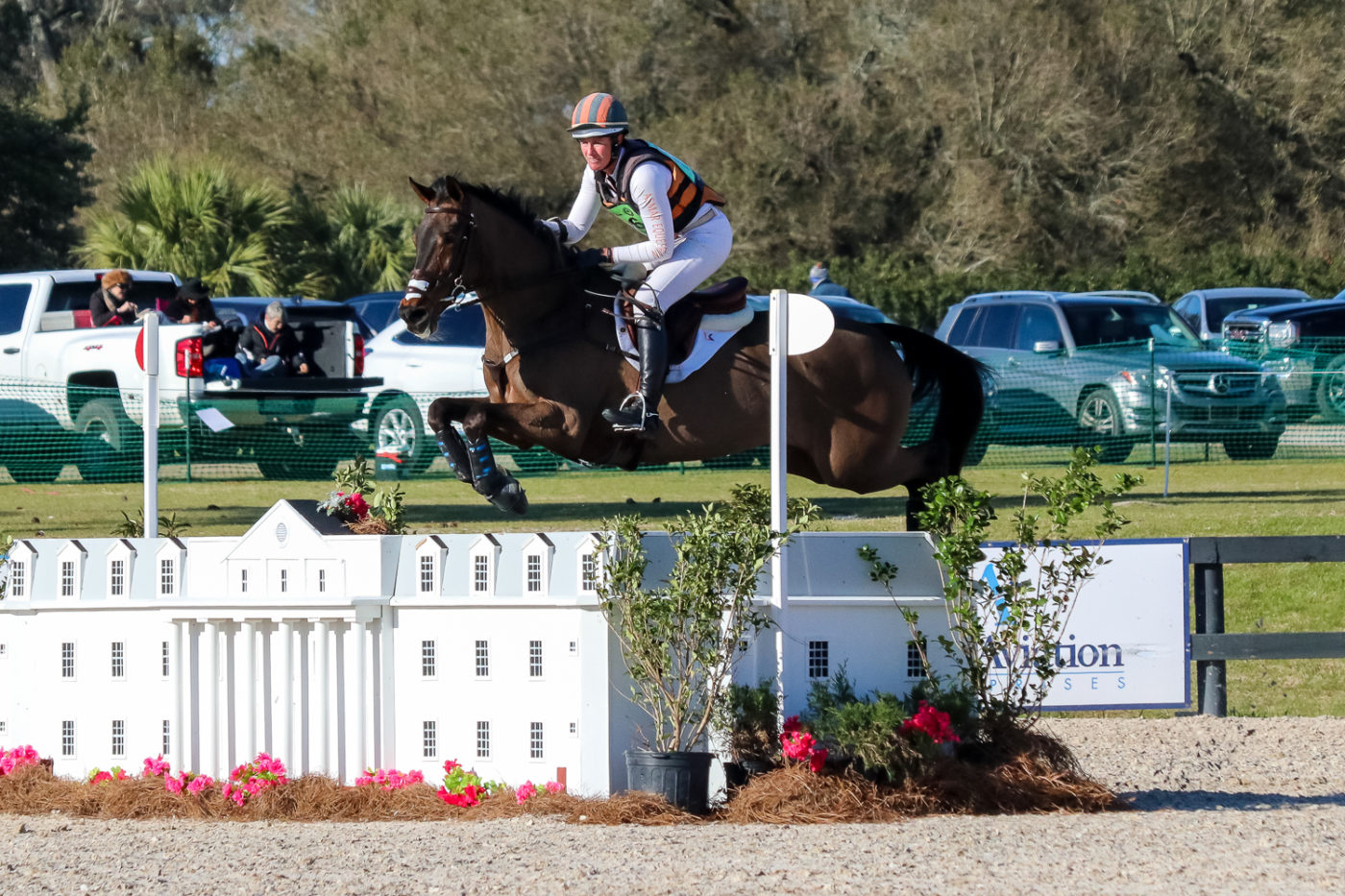 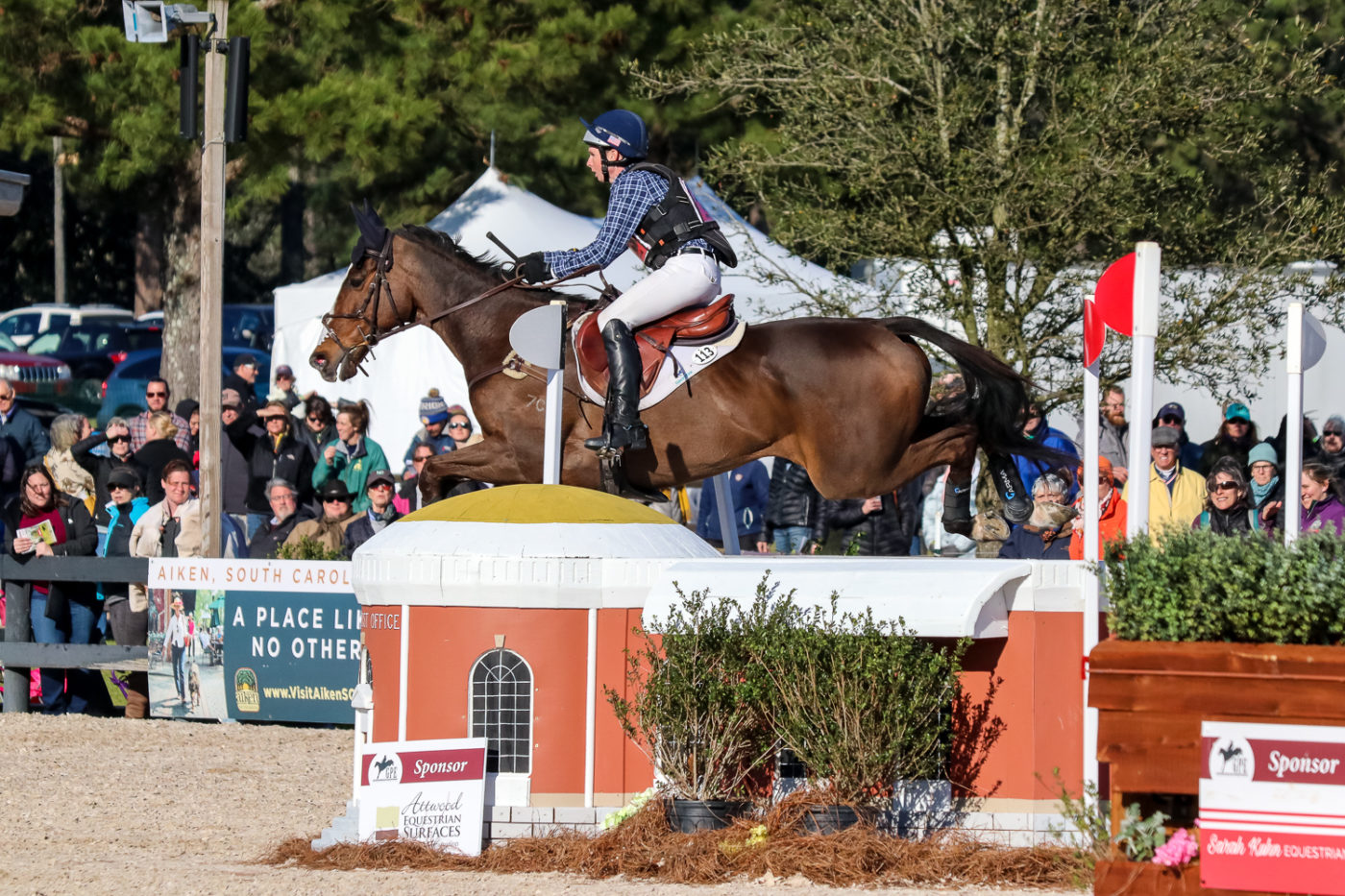 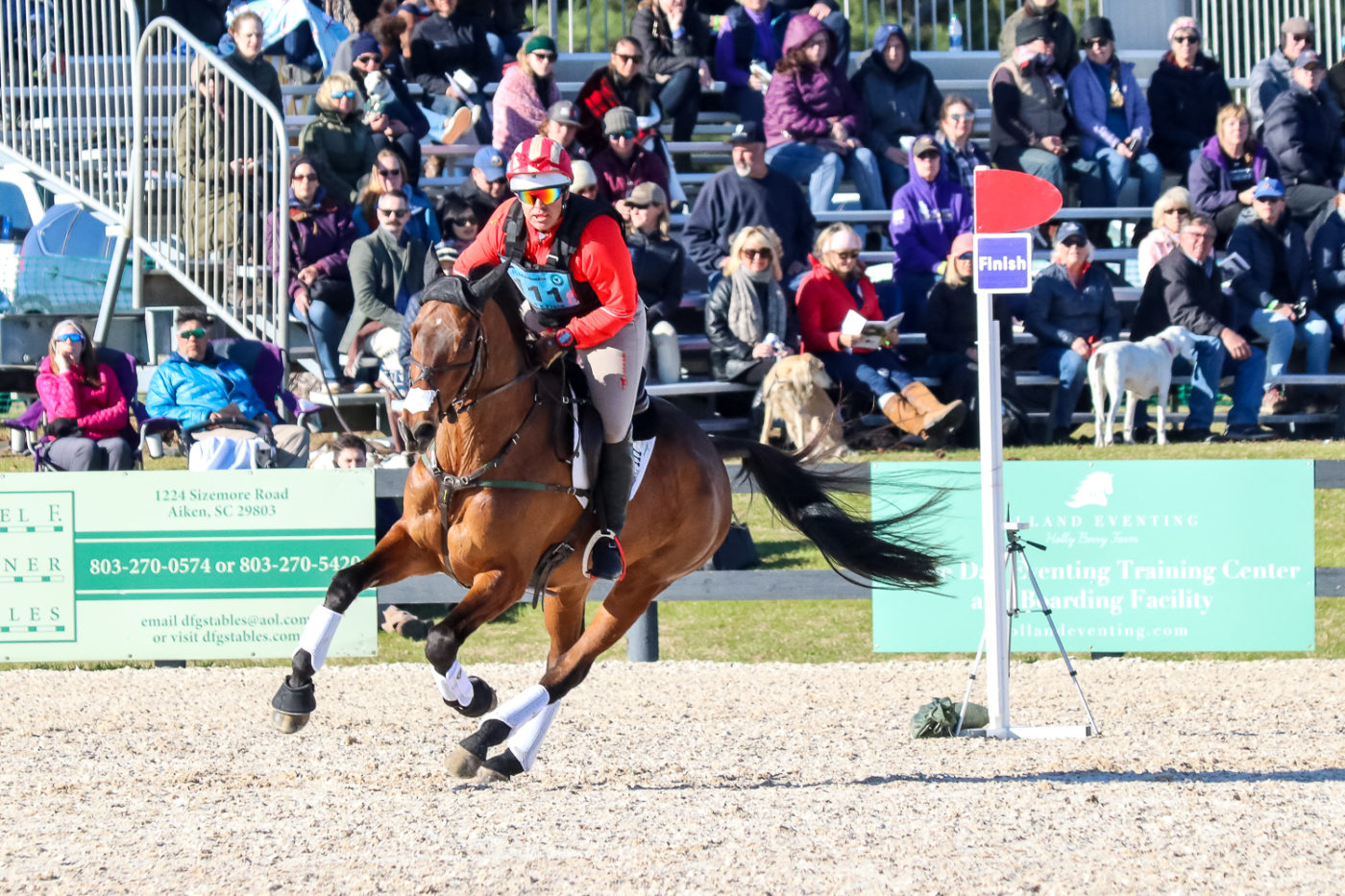 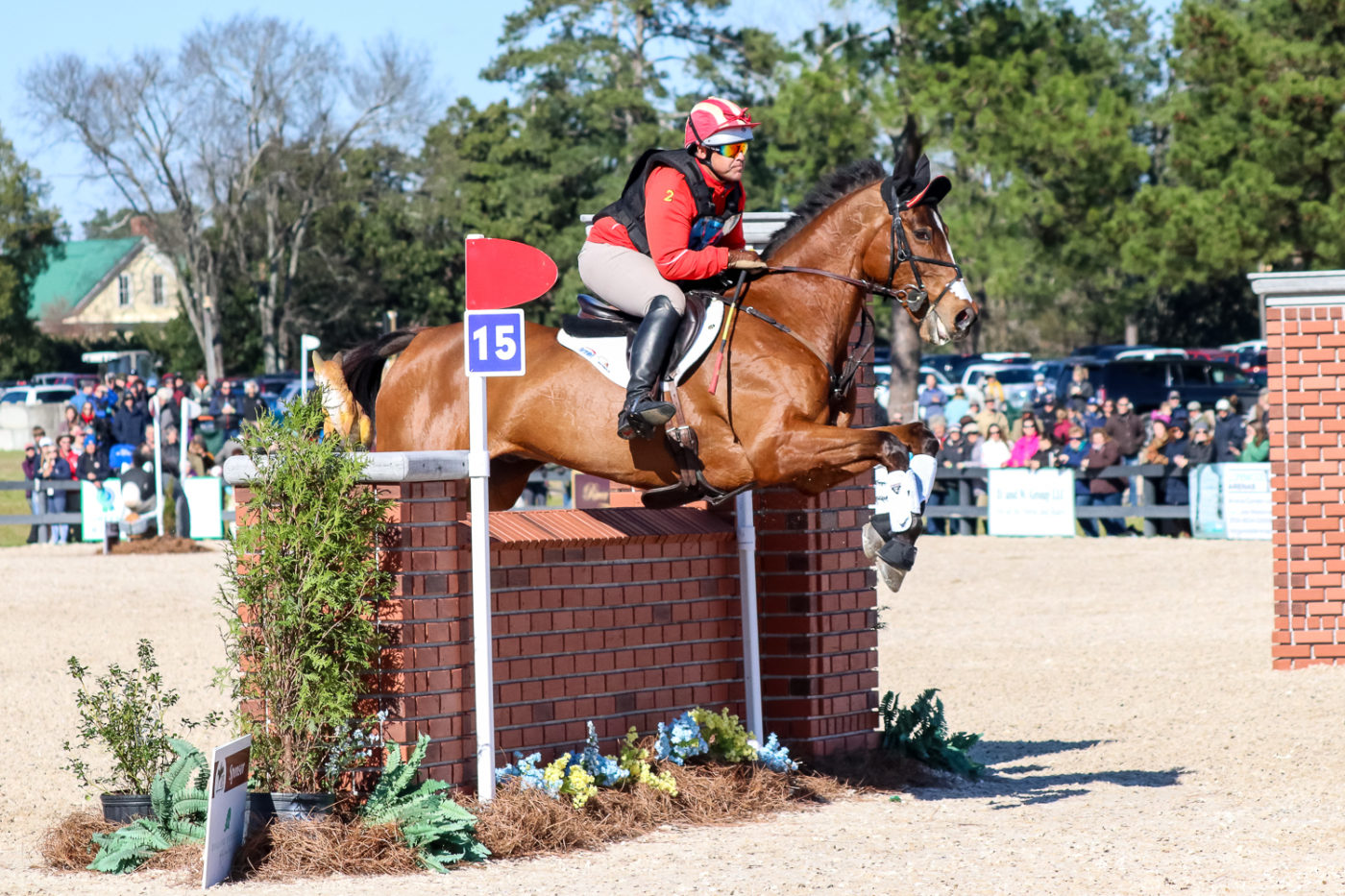 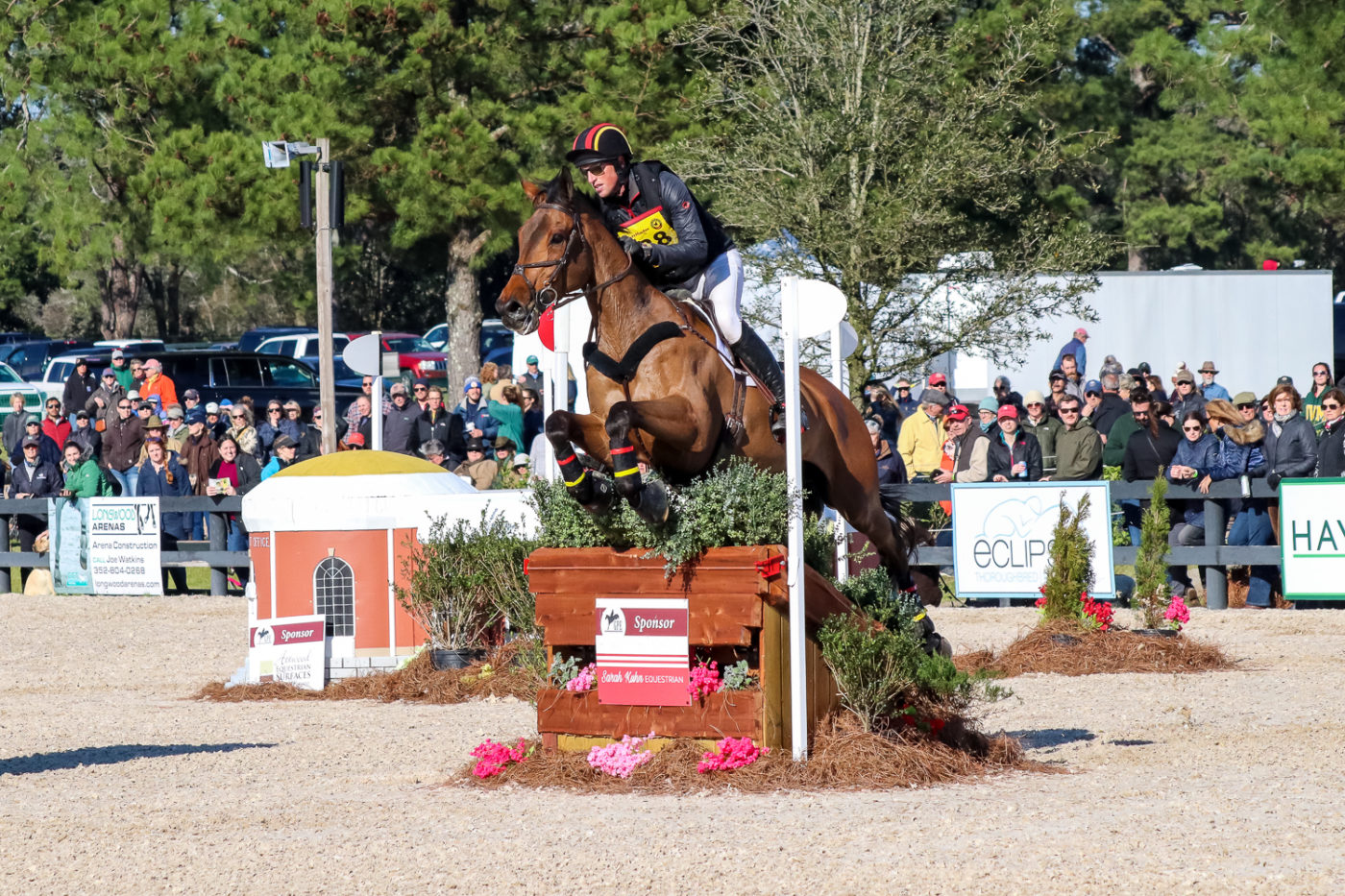 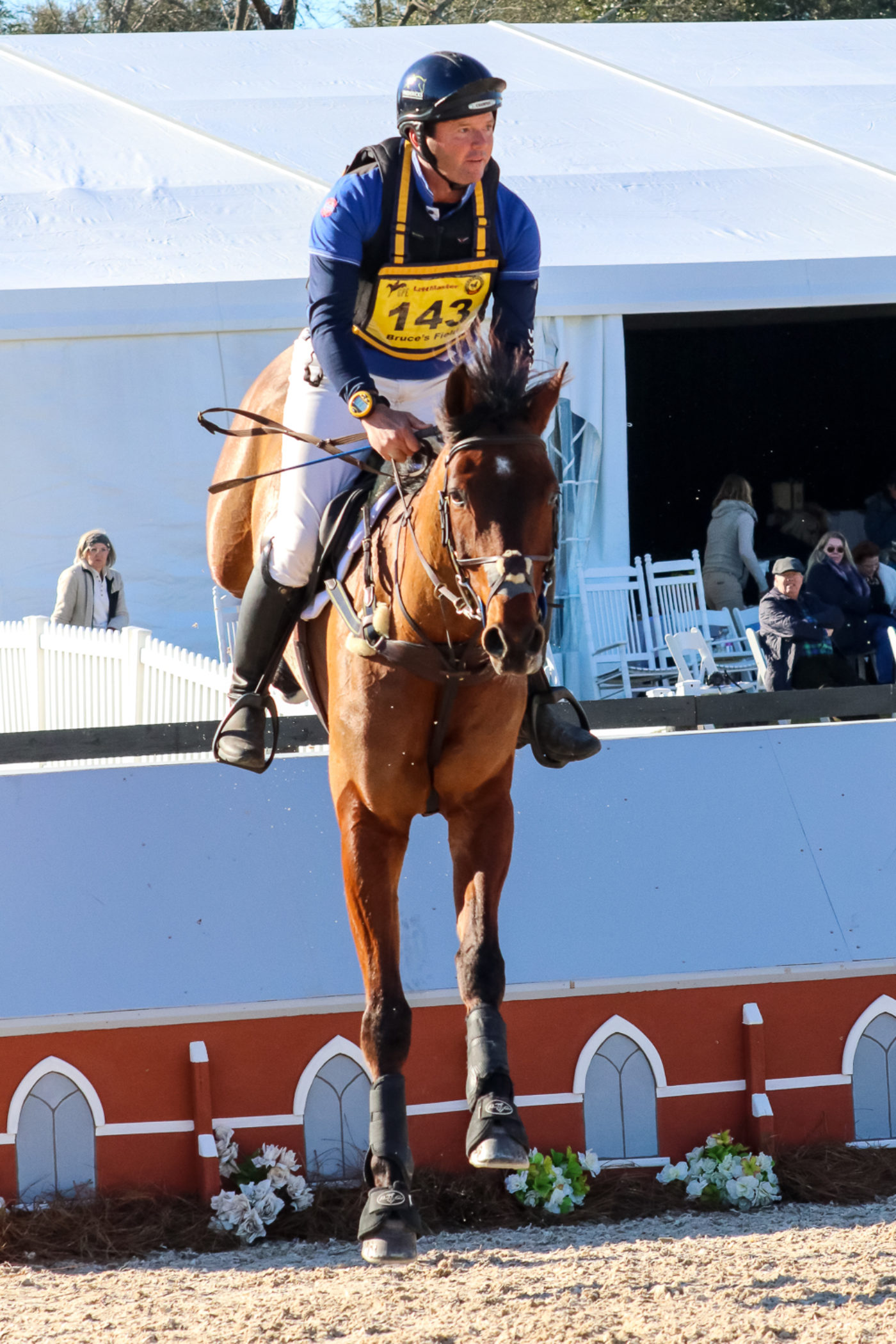