Double clean rounds were few and far between this evening in the Adequan USEA Gold Cup CIC3* show jumping at the Chattahoochee Hills Horse Trials, but those riders who were clear and fast were rewarded with movement up the leaderboard.

Jacob Fletcher and Fletcher Farms’ 13-year-old Irish Sport Horse gelding Atlantic Domino (Dunlough Striker x Atlantic Amanda) rose from fourth place into the lead this evening on their dressage score of 30.0 after jumping one of just four double clean show jumping rounds in the division. The pair is coming off a strong second place finish in the Red Hills International CIC3*.

“I’ve gotten to where I can put in a pretty consistent test with him,” commented Fletcher. “The typical comments are [that we are] just a little conservative because he does everything right, he’s just not super flashy. So, I went for more this dressage go-around and he killed the trot work but he got a bit sharp with me, and a little spooky, in the canter. We had two bobbles, one of the lead changes, I don’t know what you’d call it but it was definitely not a lead change! But I’m excited, there was a bit more flash in him today and I think if we can couple that with the consistency of one of his other tests we could shave a few marks off.”

“He’s a good show jumping horse,” continued Fletcher. “I went pretty quick today. Normally I have one or two time penalties on whatever I ride when I’m show jumping and there were a lot of time faults today, so I hoofed it. I may have looked a bit feral to everyone watching but we got it done. It was exciting, but it was a bit nerve-wracking too because we went at the end [of the division] and I’d seen some of the people in front of me have time penalties or a rail, and I knew it was going to be costly if I made a mistake.”

Fletcher and Atlantic Domino are aiming for the Jersey Fresh International CCI3* next month, and if all goes according to plan this will be Atlantic Domino’s final run before heading to Jersey. “The course and the footing look great, so I’m going to take a crack at it,” Fletcher said.

Davidson and Carlevo were in second place after the completion of the dressage phase on a score of 29.7 and picked up a single time penalty in this evening’s show jumping but maintained their position on the leaderboard.

“I was really happy with him,” said Davidson. “I think going first probably didn’t do him any favors. I had one time fault in show jumping, and obviously going first I didn’t know [how the time was going to ride.] He was very good in the dressage, as he always is, and he jumped very well.”

Carlevo is headed to the Land Rover Kentucky Three-Day Event later this month for the first time, and Davidson is using this final run as an opportunity to see how Carlevo feels. “In the lead-up to Kentucky I’m really happy with where he is. I think he looks really well and I think he’s fit. I’d certainly like to give him a good spin on the first bit, at least to the top of the hill through the cascade water [at fence 16] going up the hill and then see how everything feels. It’s a nice course; it might be a little bit small to hold him, but it’s a great gallop and the footing seems to be good. They seem like they’ve done a lot of work on the ground so the grass is really good.”

Davidson and Erroll Gobey scored a 31.4 for seventh place in the dressage phase this morning and put in a double clear show jumping round to move up the leaderboard into third place. This is just Erroll Gobey’s second attempt at the three-star level after placing 25th in the CIC3* at Carolina International last month, adding just cross-country time and a single rail to his dressage score.

“He’s only eight [years old], but he’s unbelievably talented and he tries probably too hard,” said Davidson. “I’ve always been going too slow in the dressage, so I was determined today, I didn’t care what happened, I was just going to go forward and go for it. Funny how that usually works for you! I’m really proud of him, he really does try. He’s green as all get out, I don’t know what he did over first show jump, but he really tries not to hit the jumps. So, I’m very excited about him.”

“Tomorrow I could care less about the time, I’m just going to hope to give him a nice ride. His first go at Carolina I thought was a very difficult course, and it turned out to be very difficult for a lot of people. He was very green at the beginning but when I asked the questions he answered. There’s a bit more galloping here so I think hopefully he’ll enjoy that. I’m very excited about him and excited for his future. This year is a learning year, and I know he has all the ability, it’s just channeling it all in the right direction.”

Riders in the Adequan USEA Gold Cup CIC3* will set out on cross-country tomorrow morning starting at 11:30 a.m. 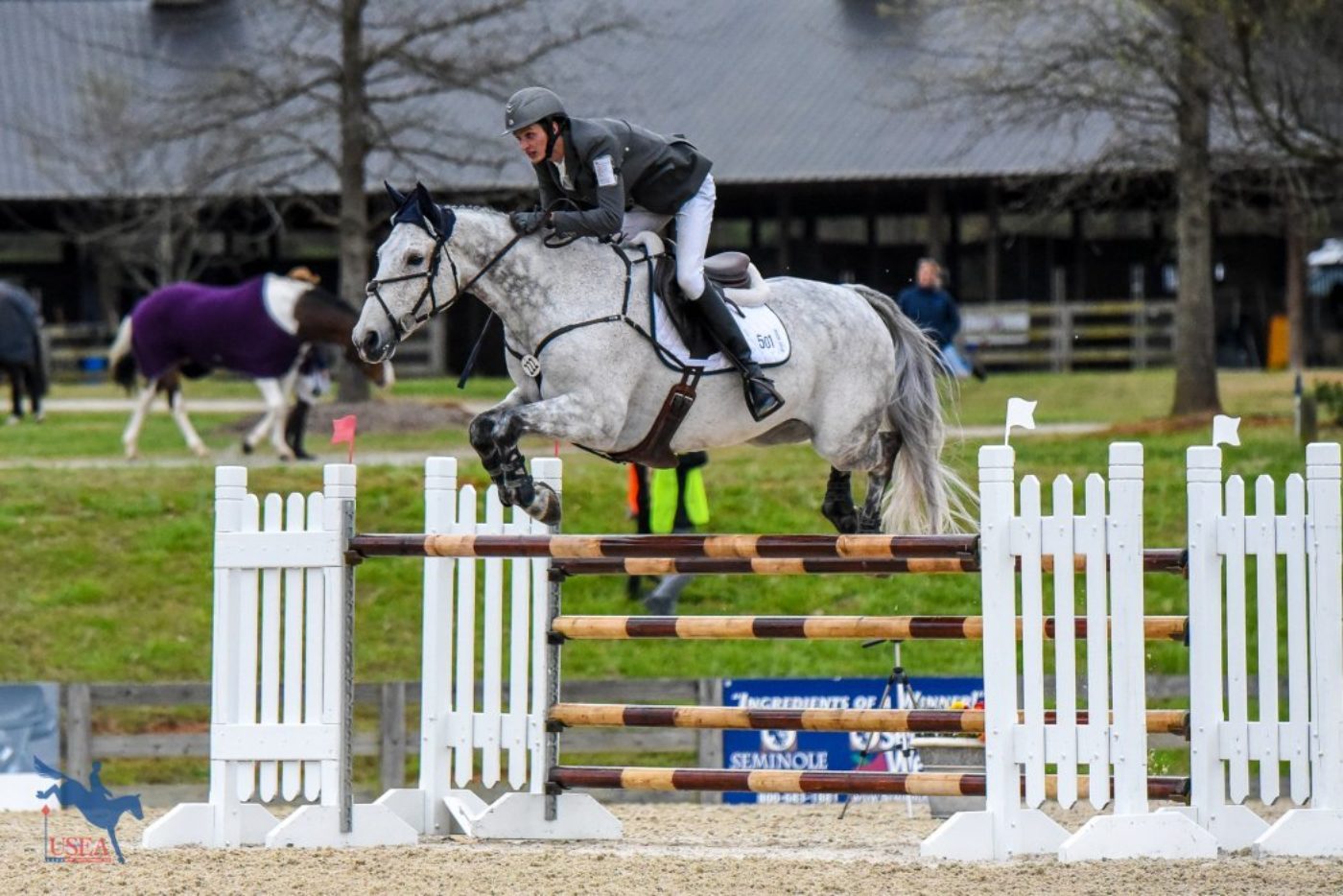 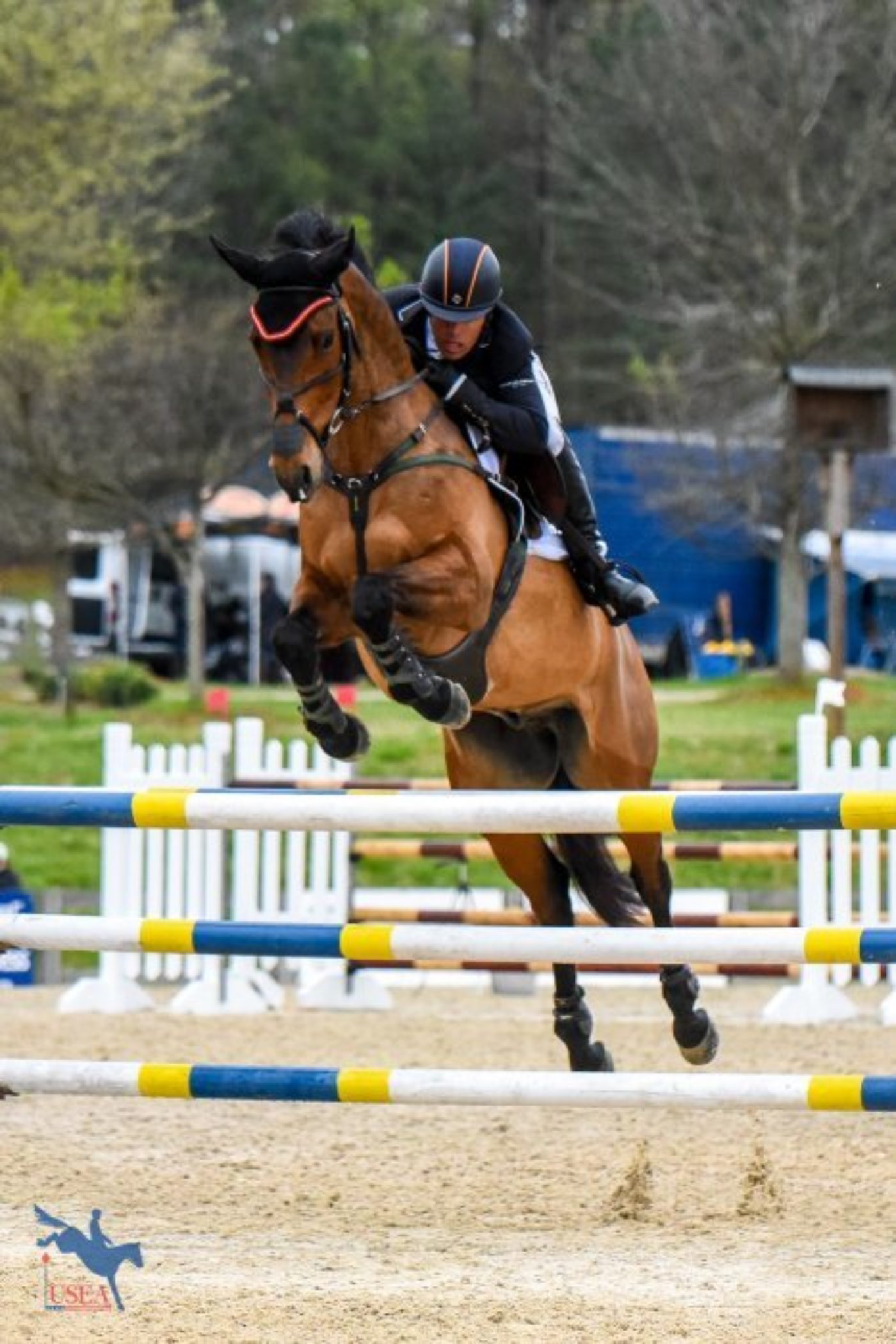 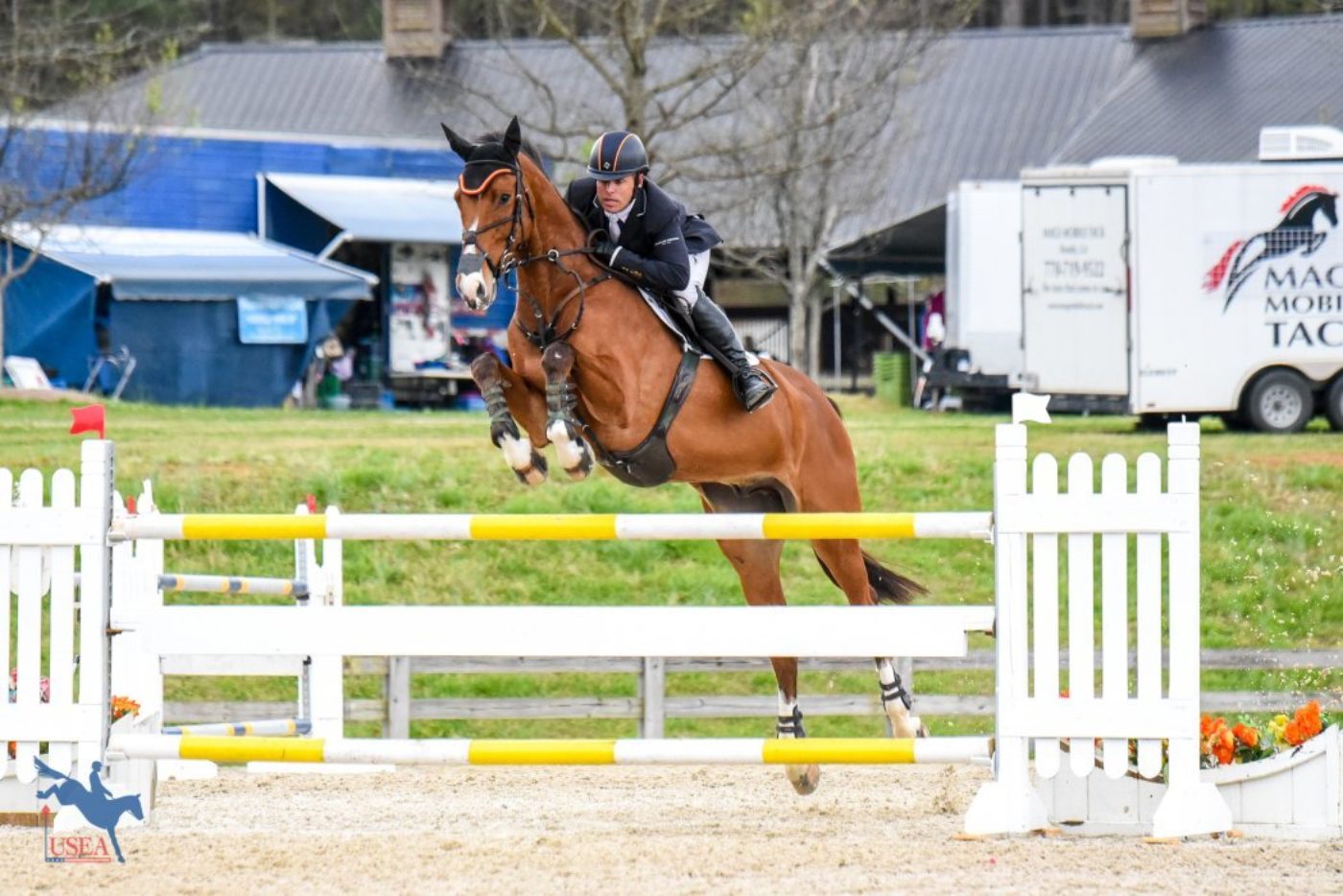 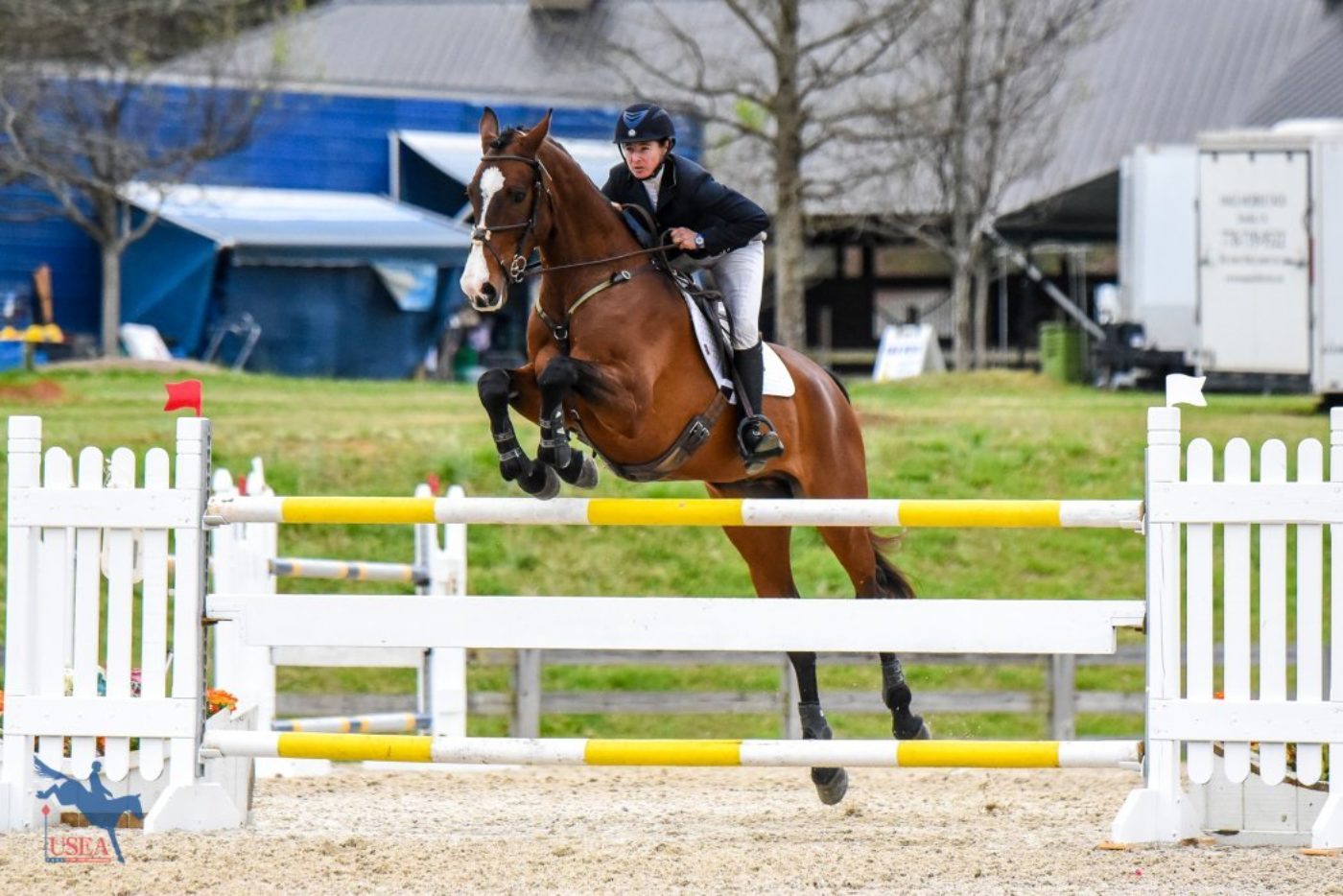 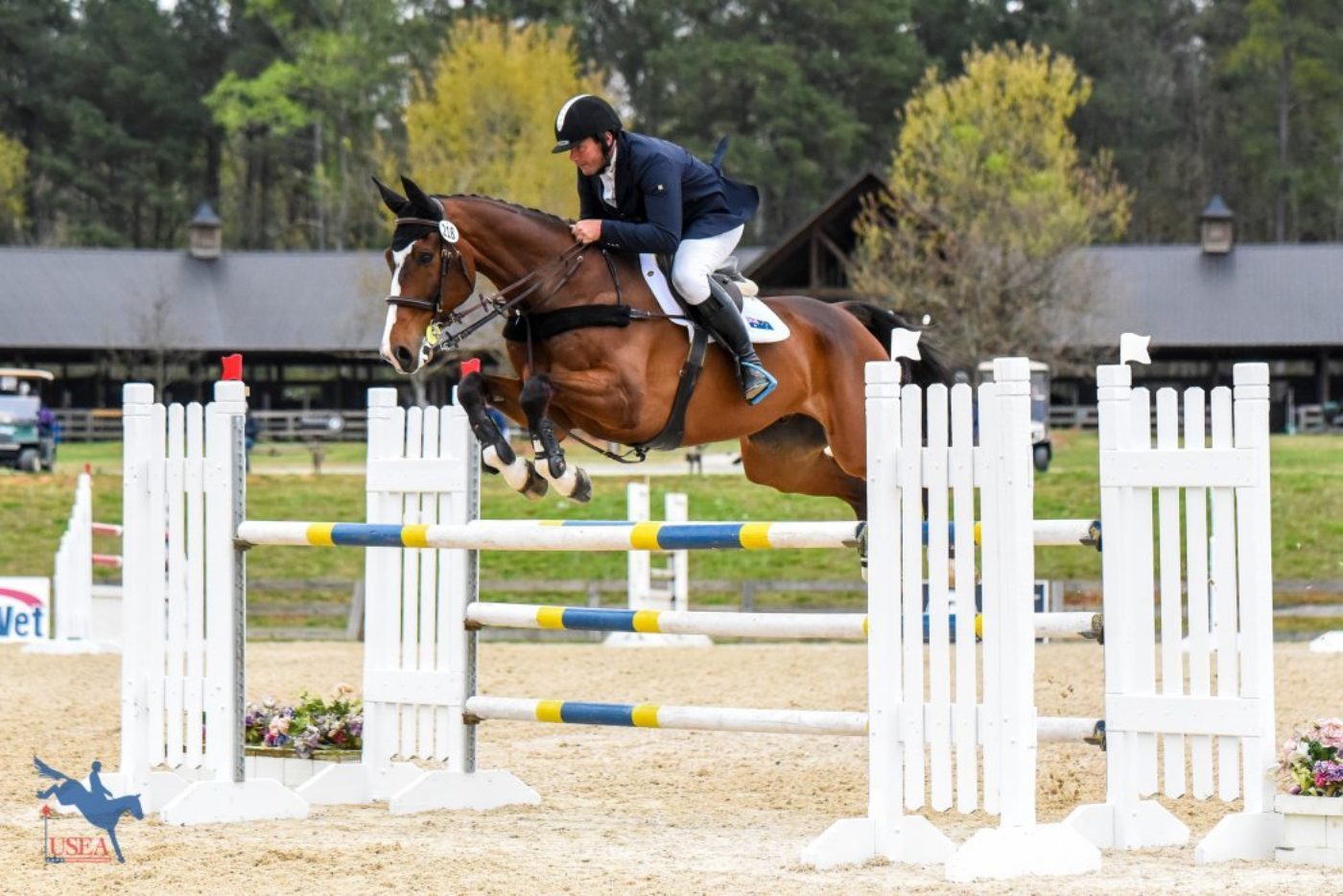 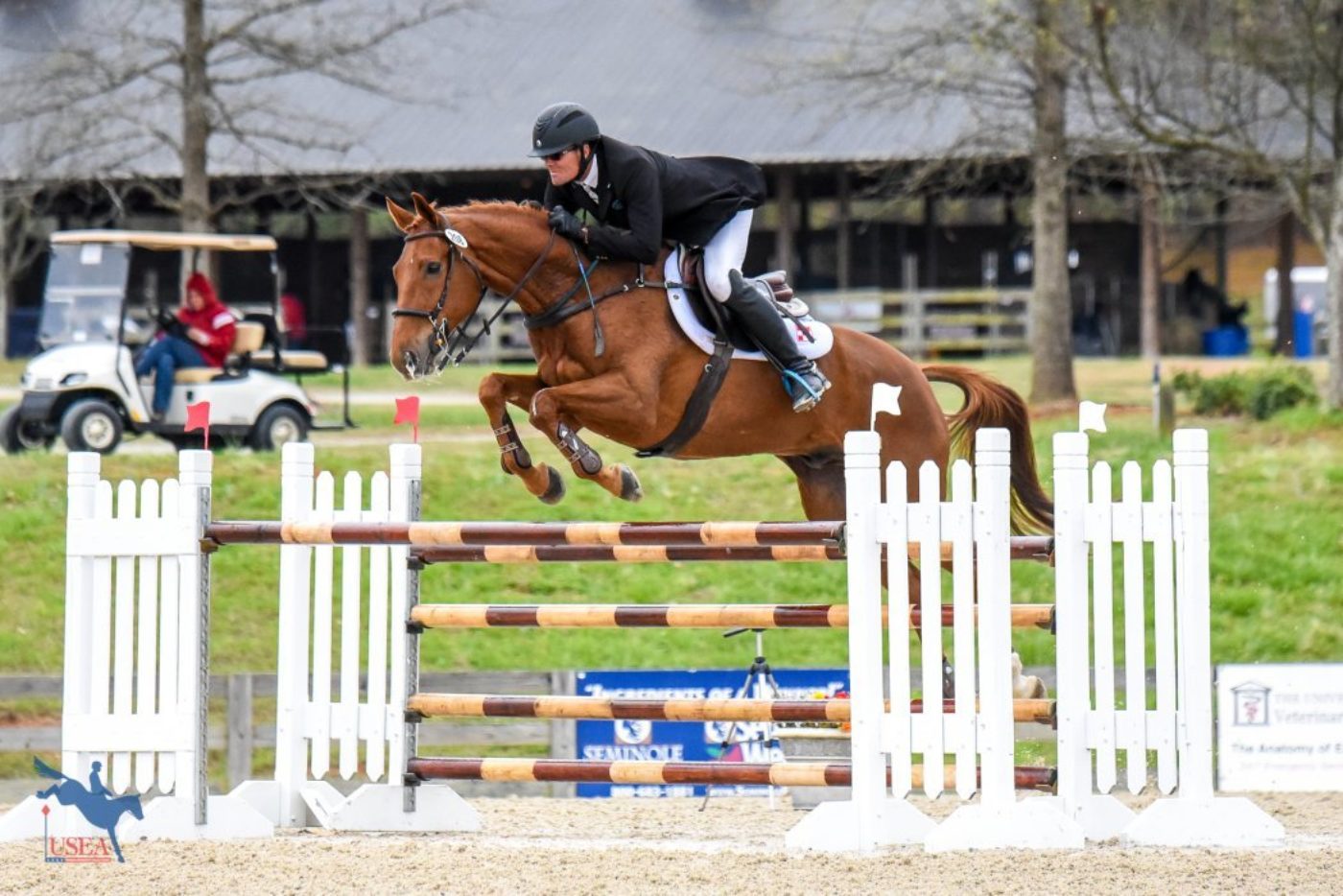 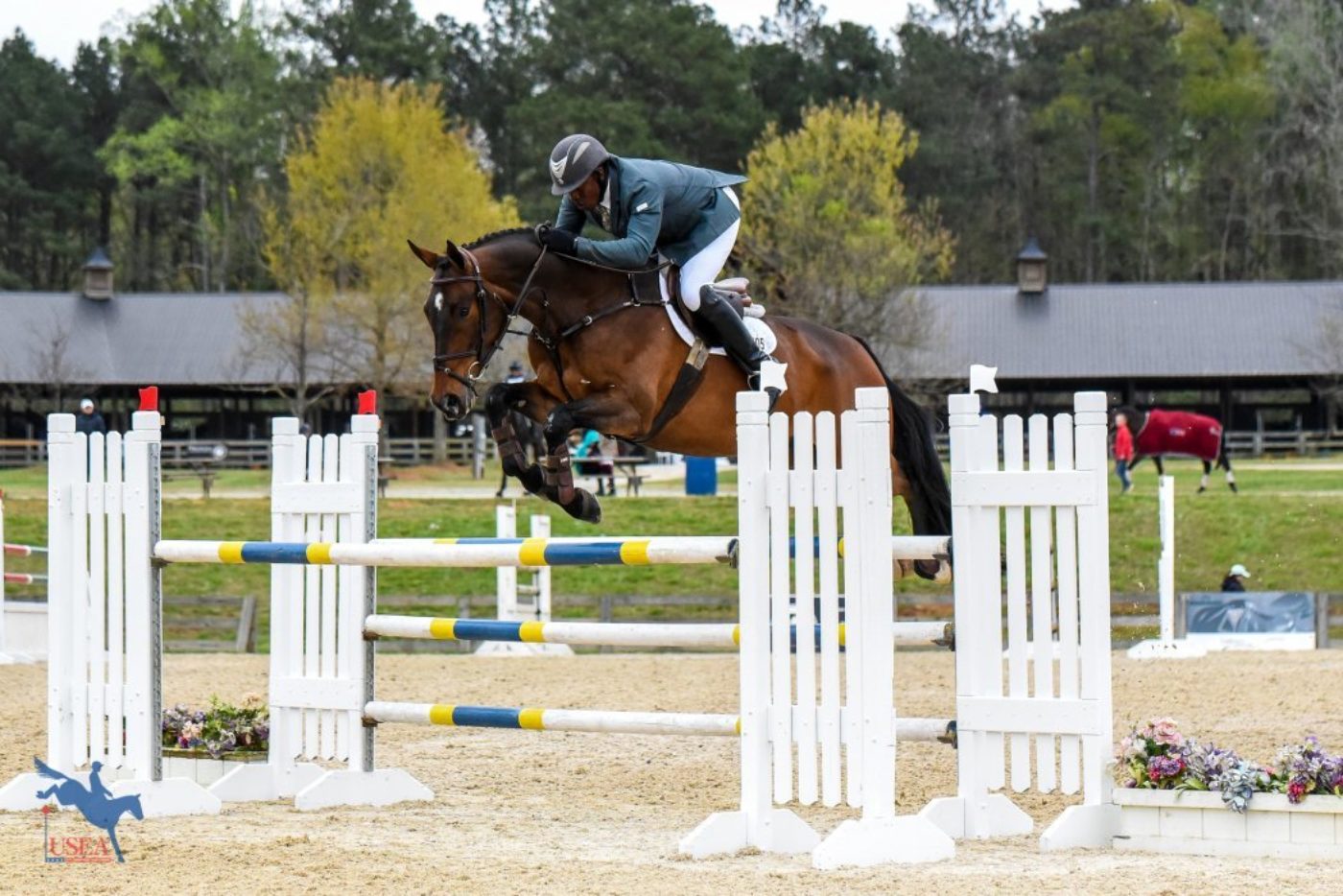 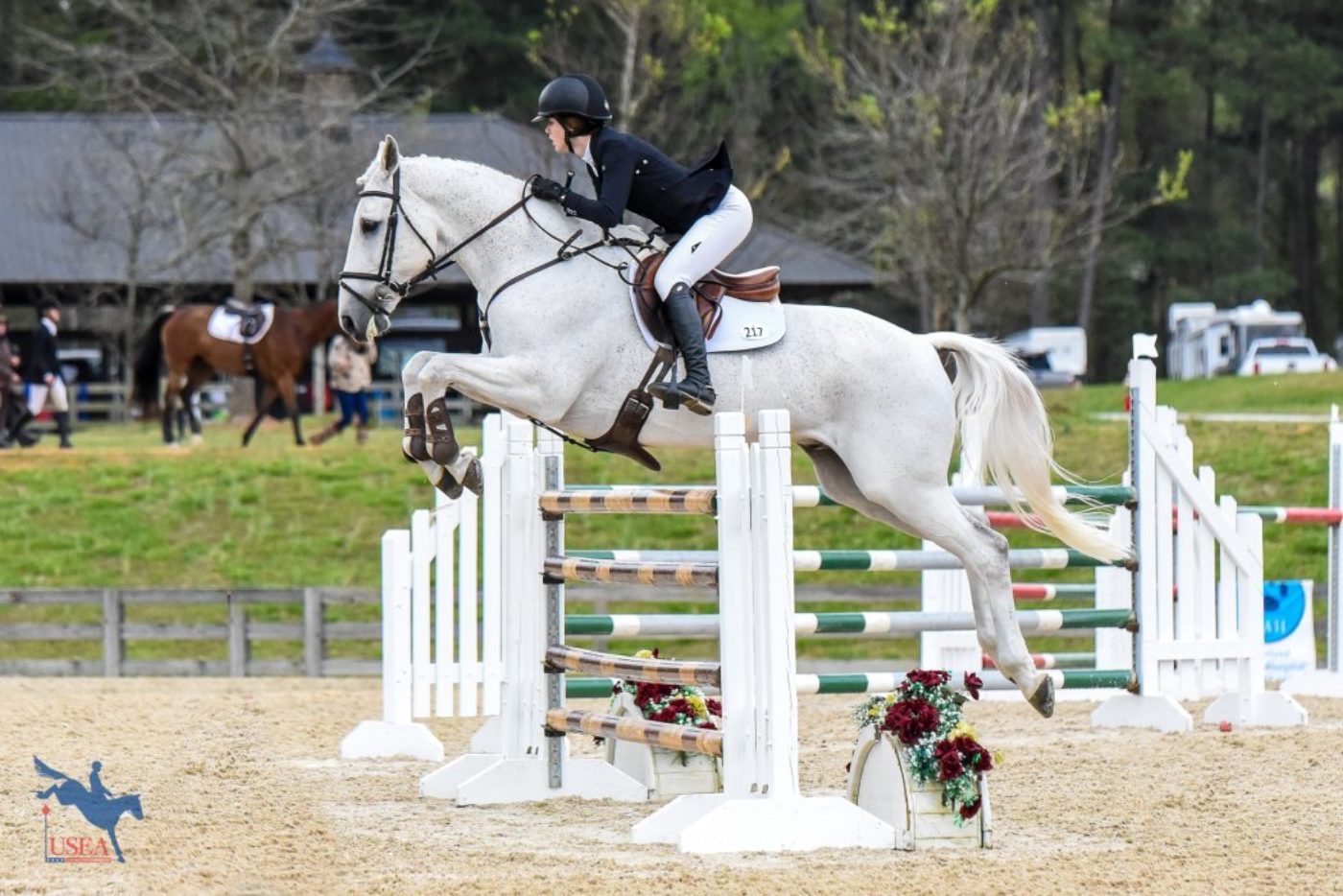 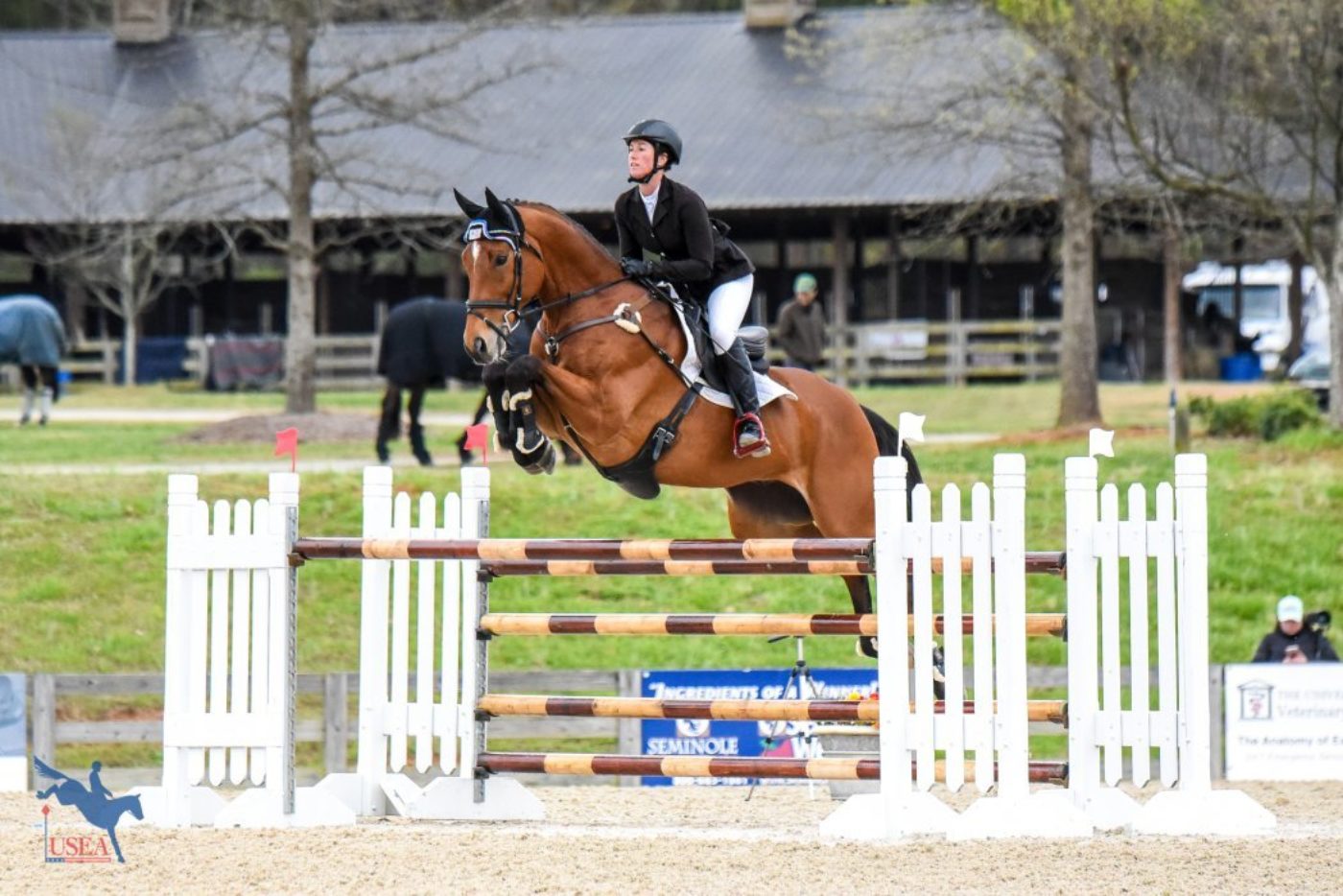 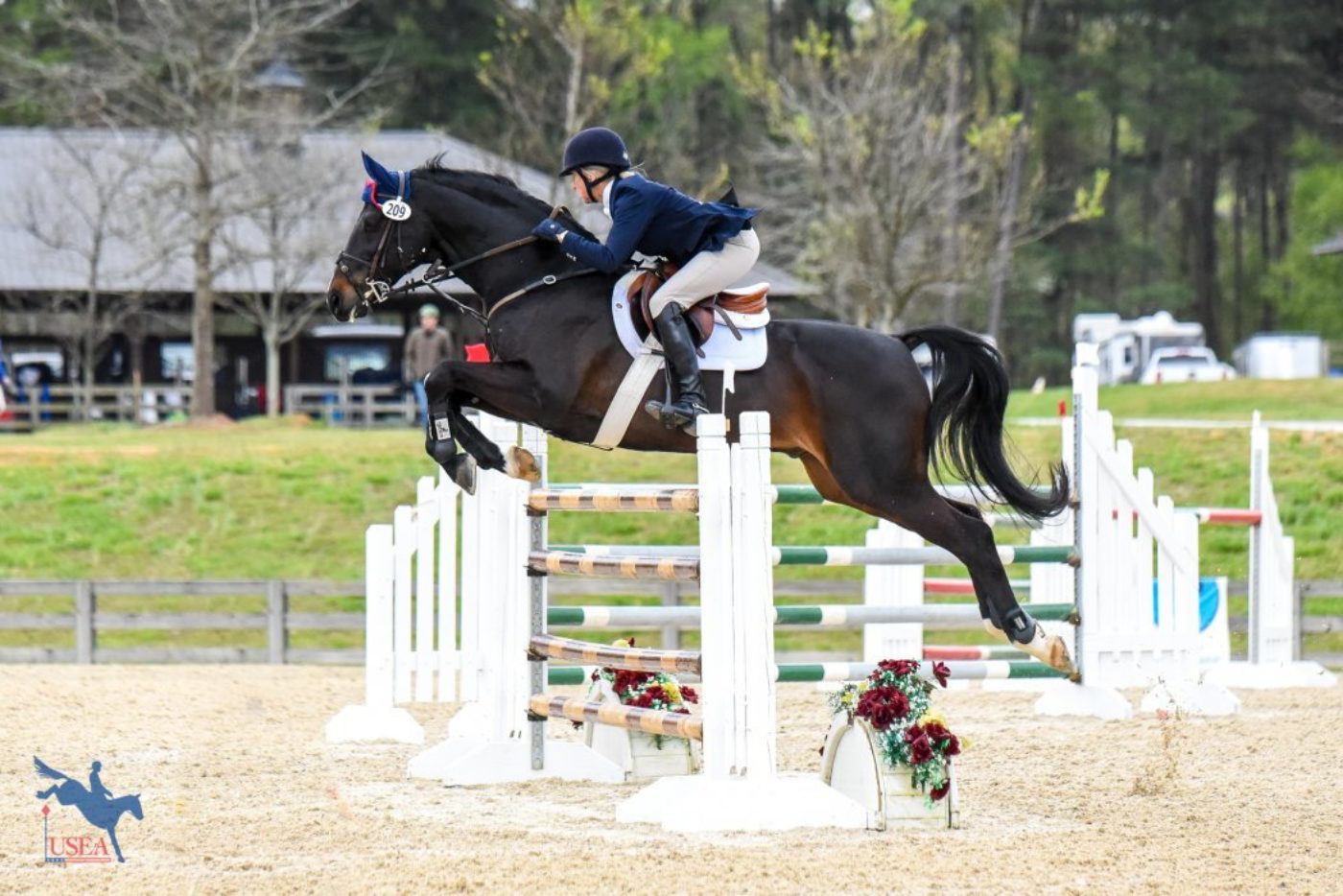