Kristen Bond and Enough Already trotted into the lead today in the 11-strong field at the inaugural CCI3* at the Ocala Jockey Club International Three-Day Event. The 10-year-old Dutch Warmblood gelding (Winningmood Van De Arenberg x Zandora) owned by Bond’s mother, Liz, scored a 27.8 to sit just over two points ahead of second place in what Bond said was hands down the best test she has ever done on him.

“He is new to this level this year, and I feel like he keeps getting stronger and stronger,” said Bond. “Today the warm-up felt the same as the test. He was able to sort of carry it through into the test. He is really fun to ride. He is super awesome – very consistent and tries really, really hard. He enjoyed the atmosphere and was very rideable and stayed quiet.”

Bond stood out a bit from the crowd as she was the only rider in both the CCI3* and CIC3* to wear a top hat instead of a helmet – it is a sentimental item to her. “It was a gift from Buck Davidson,” she explained. “It was from his grandmother’s attic and I have it for a million years. I think he gave it to me in 2006. It is really old. The inside is totally taped together.”

“I think it is a privilege to be able to wear that because it is a nod to the old days, and I absolutely respect the helmet rules and the safety of that for sure, but there is something really special about being able to put it on and do an upper level FEI test. I am going to wear it until they say we can’t wear it anymore,” continued Bond.”

Bond was a jokingly disappointed with the score as she was hoping to have more of a lead heading into cross-country. At Enough Already’s first CCI3* this summer at Rebecca Farm, the pair picked up 18 time penalties on course. However, Bond is determined to save a bit more time this weekend.

“I didn’t ride [at Rebecca Farm] very efficiently, so I know what I need to do to save a bit more time this weekend,” I need to be better with my lines and get away from my fences faster and not set up so early, so I think if I do all of those things it will be a lot more easier to make time on him. This ground is great. I think they are going to travel on this ground really well too.”

The CCI3* cross-country course is not only debuting at the event, but it is also Clayton Fredericks’ first time designing at the level. However, Bond had praise for the course that the CCI3* will tackle tomorrow and said that it should suit Enough Already.

“I like that the first part is pretty galloping and it gets you in a rhythm, and I think that [Fredericks] really used the terrain really well,” said Bond. “I think there is a lot to do at the end of the course which I think will be interesting. Everyone is talking about those brushes [at 20AB] which I think certainly will have to fight for that. I think the last water is massive, but everyone says it rides really well. I wouldn’t want to be on anyone else – he is a great jumper and he will go as fast as I make him go.”

Katherine Coleman and her own Monte Classico held the lead for the first half of the division on a 29.7, but had to settle for second place heading into tomorrow’s cross-country. The 9-year-old German Sport Horse (Monte-Bellini x W-Sally) is contesting his first CCI3*.

Lauren Kieffer and Jacqueline Mars’ 11-year-old Holsteiner gelding, Paramount Importance, (Pasco x Gesche II) were the final pair down centerline and slotted into third on a 33.1.

Elinor O’Neal and Zeta will be the first pair out of the start box tomorrow at 12:55 p.m.. The entire cross-country day will be live streamed on EQTVNetwork or you can follow the live scores here. 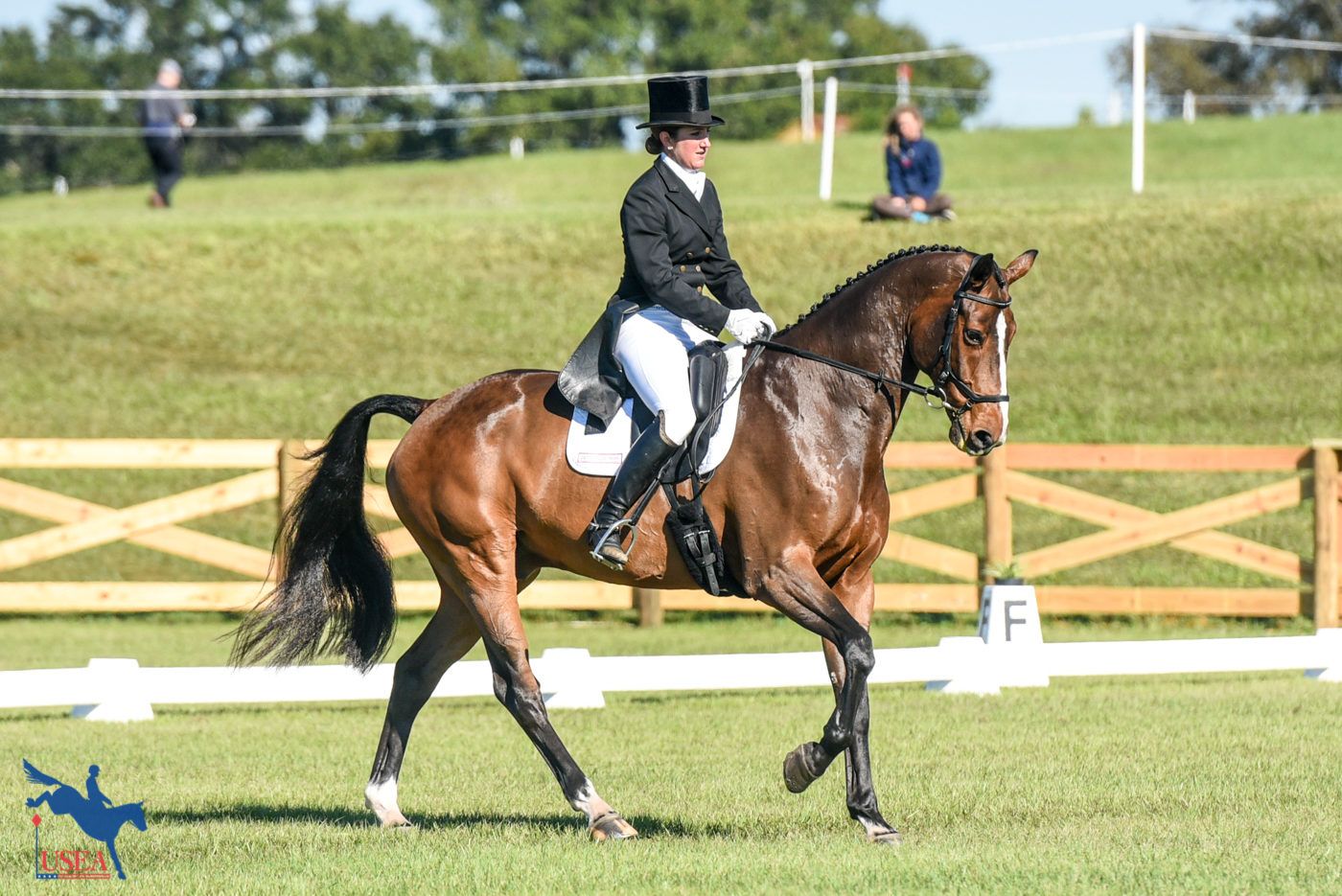 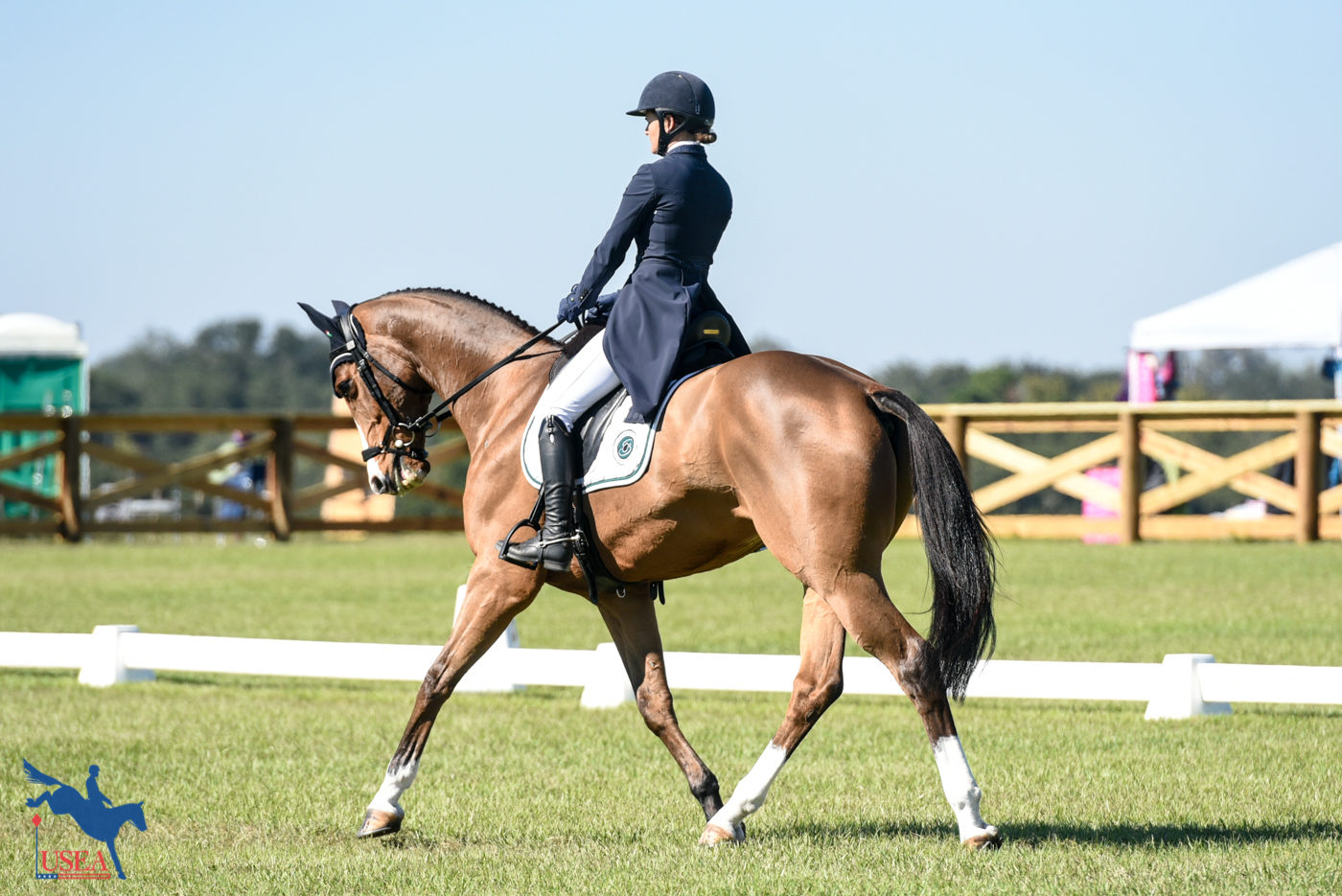 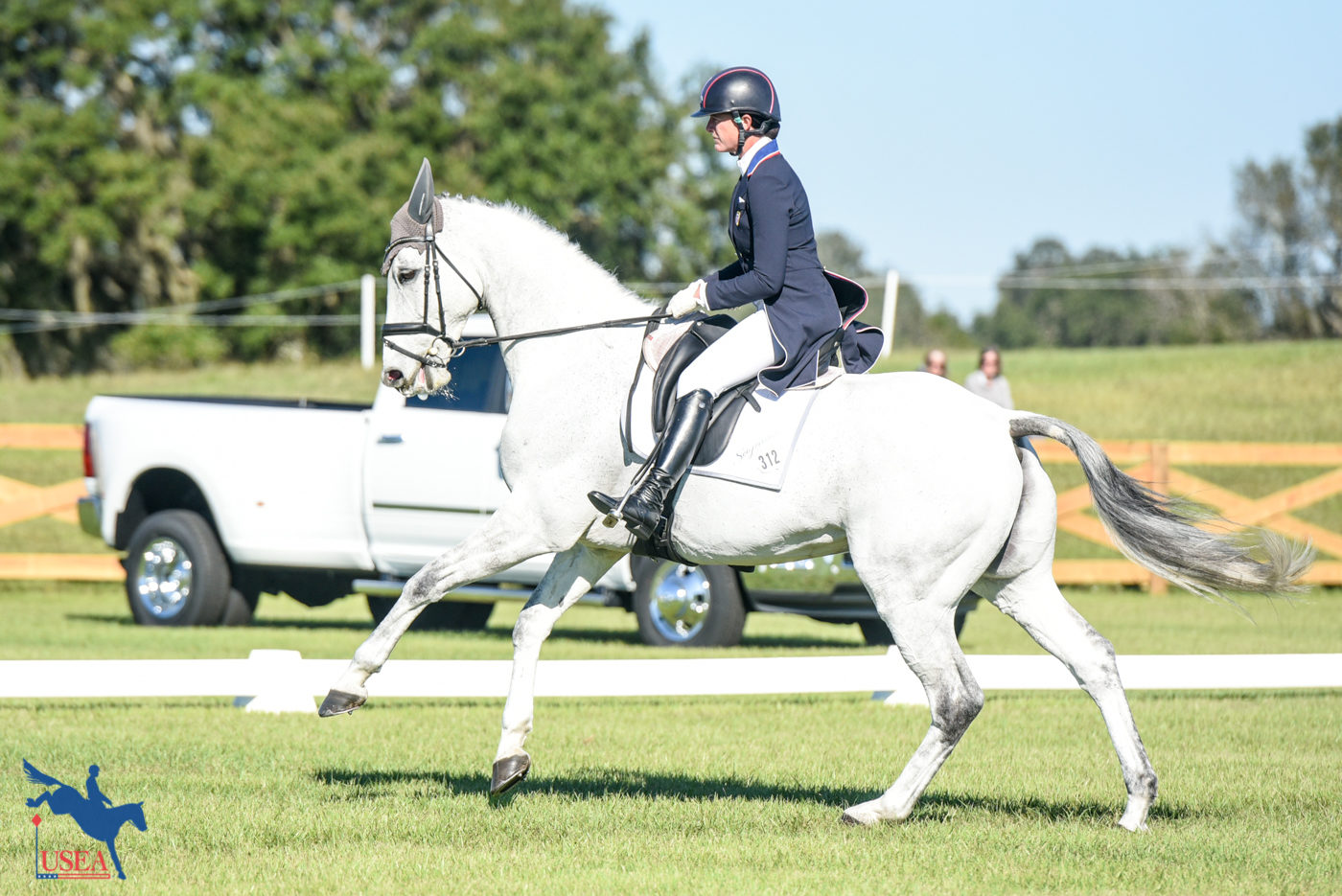 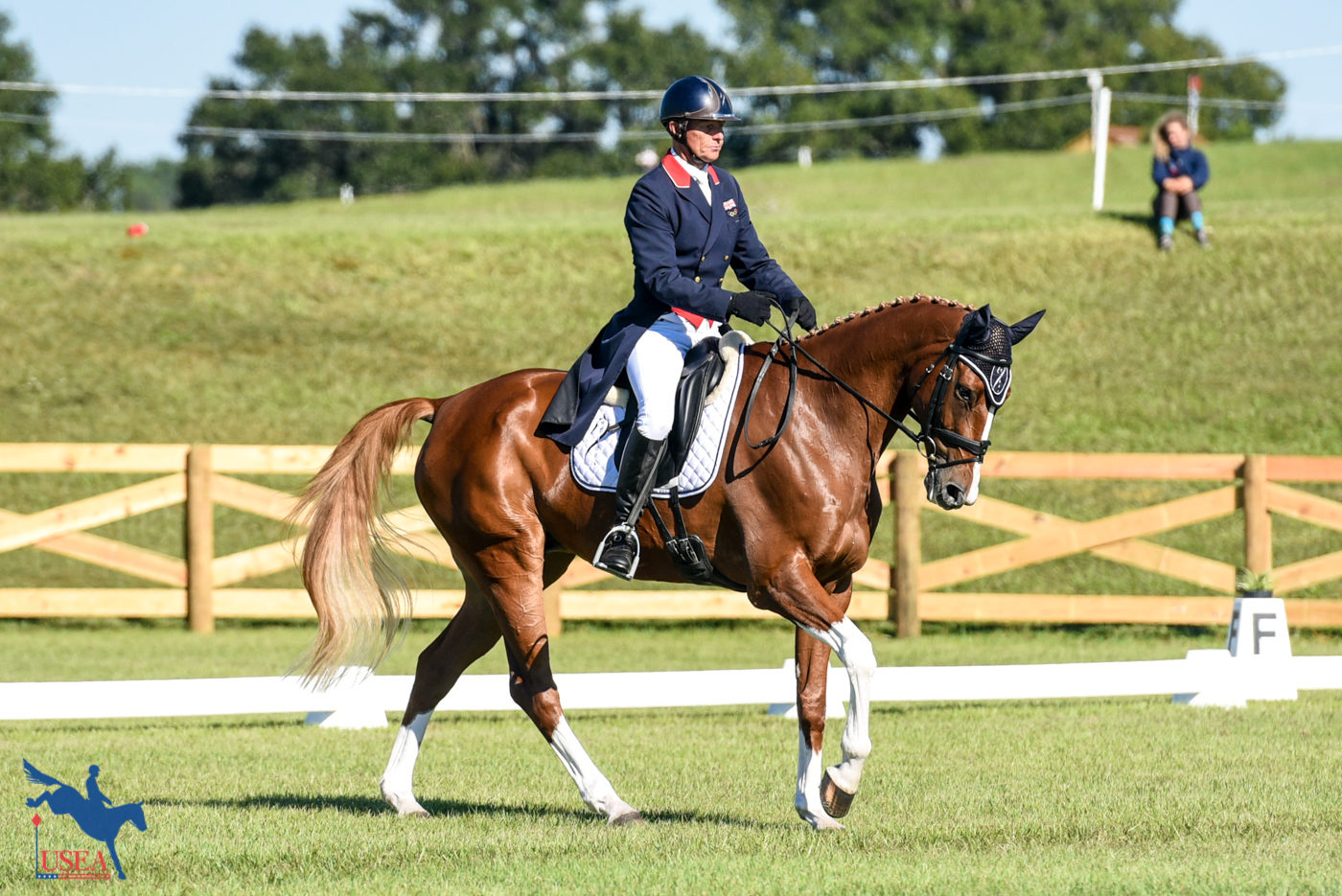 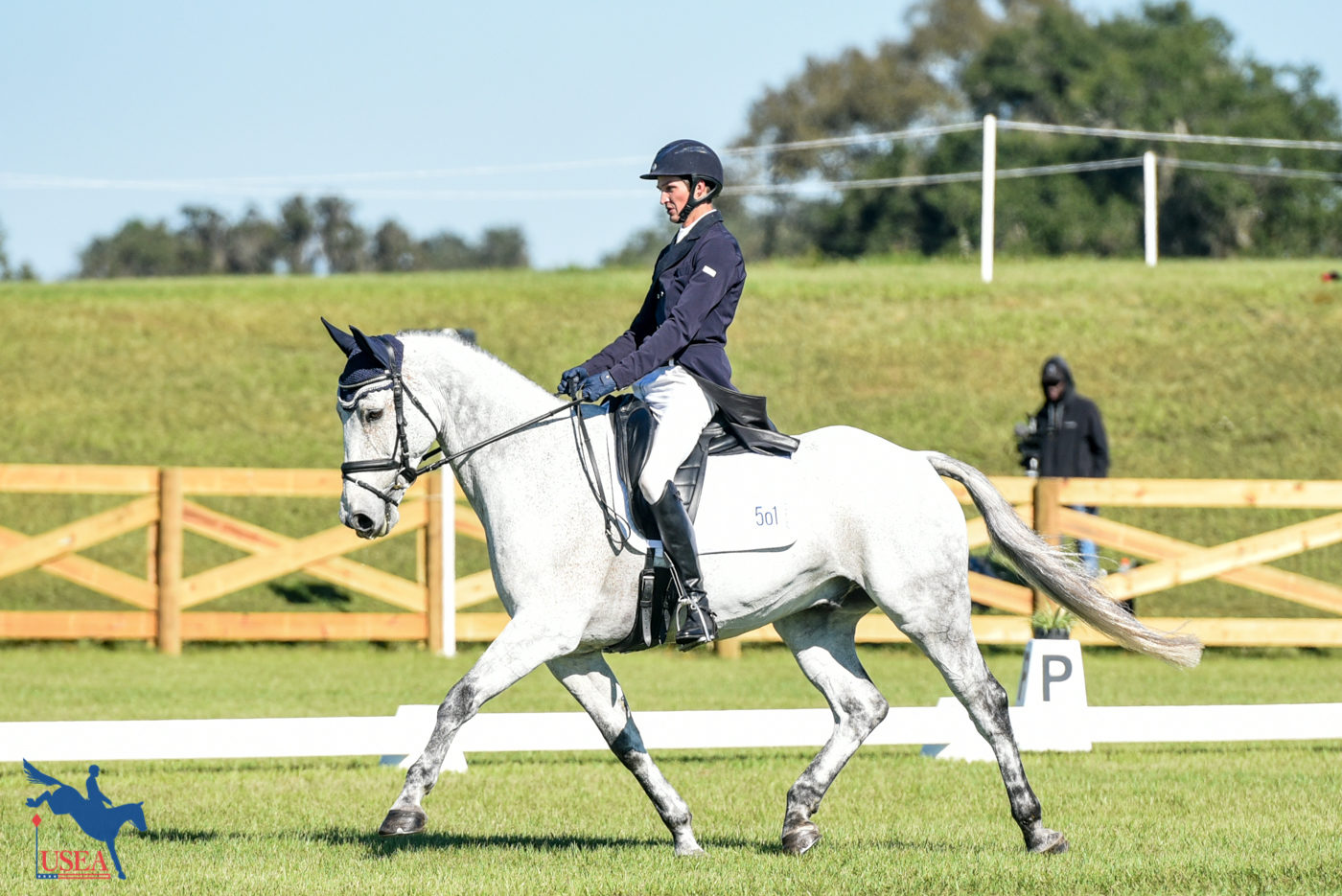 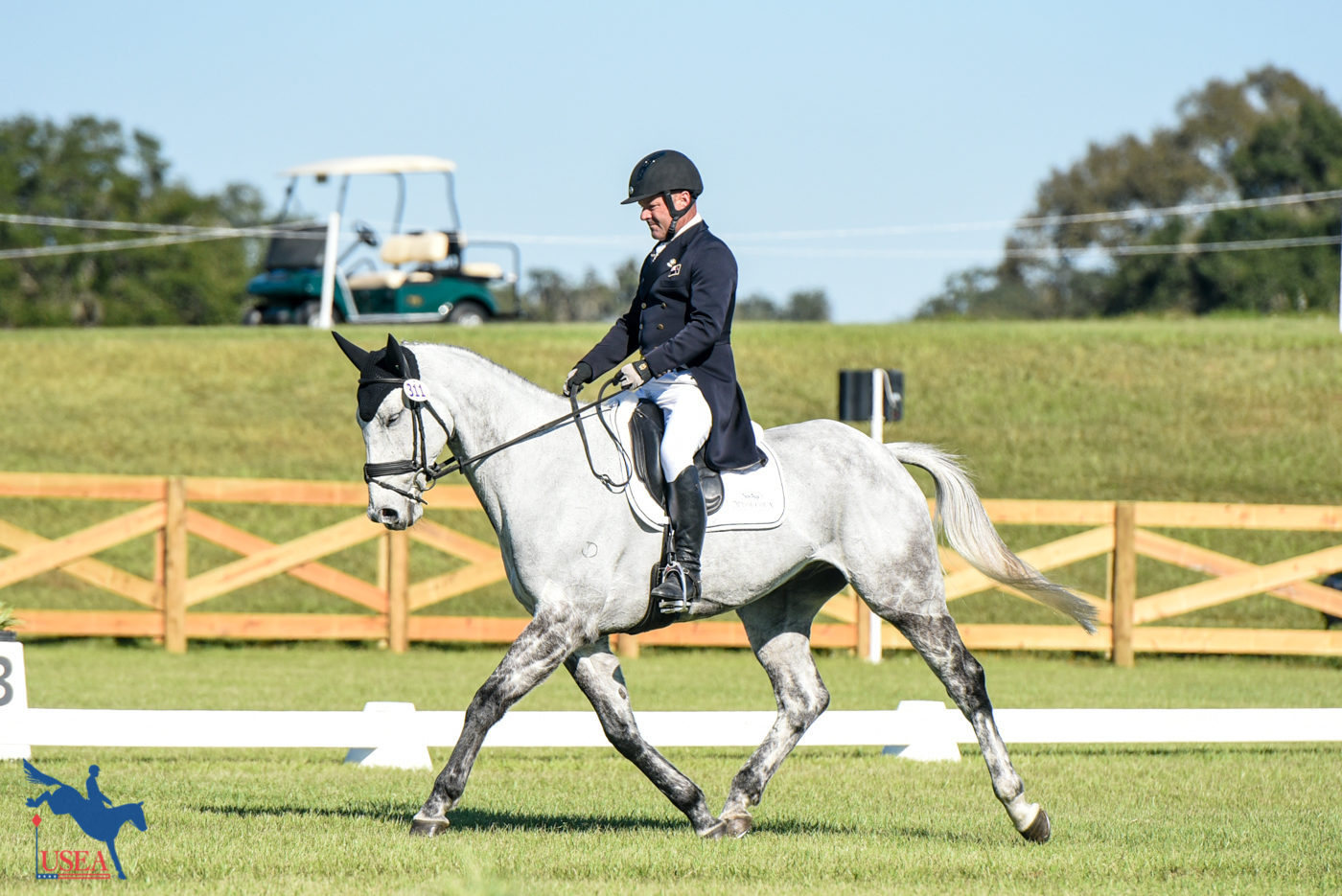 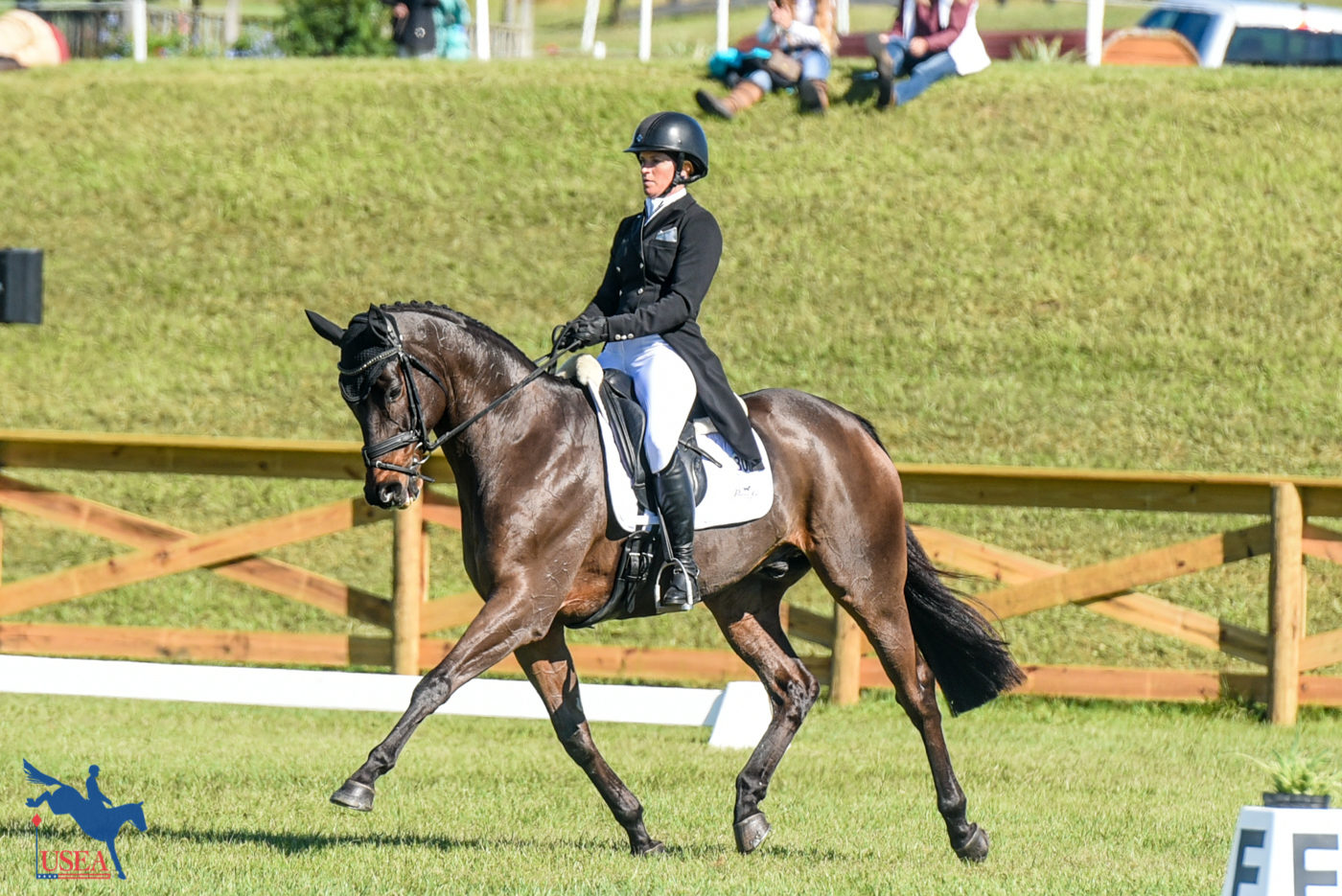 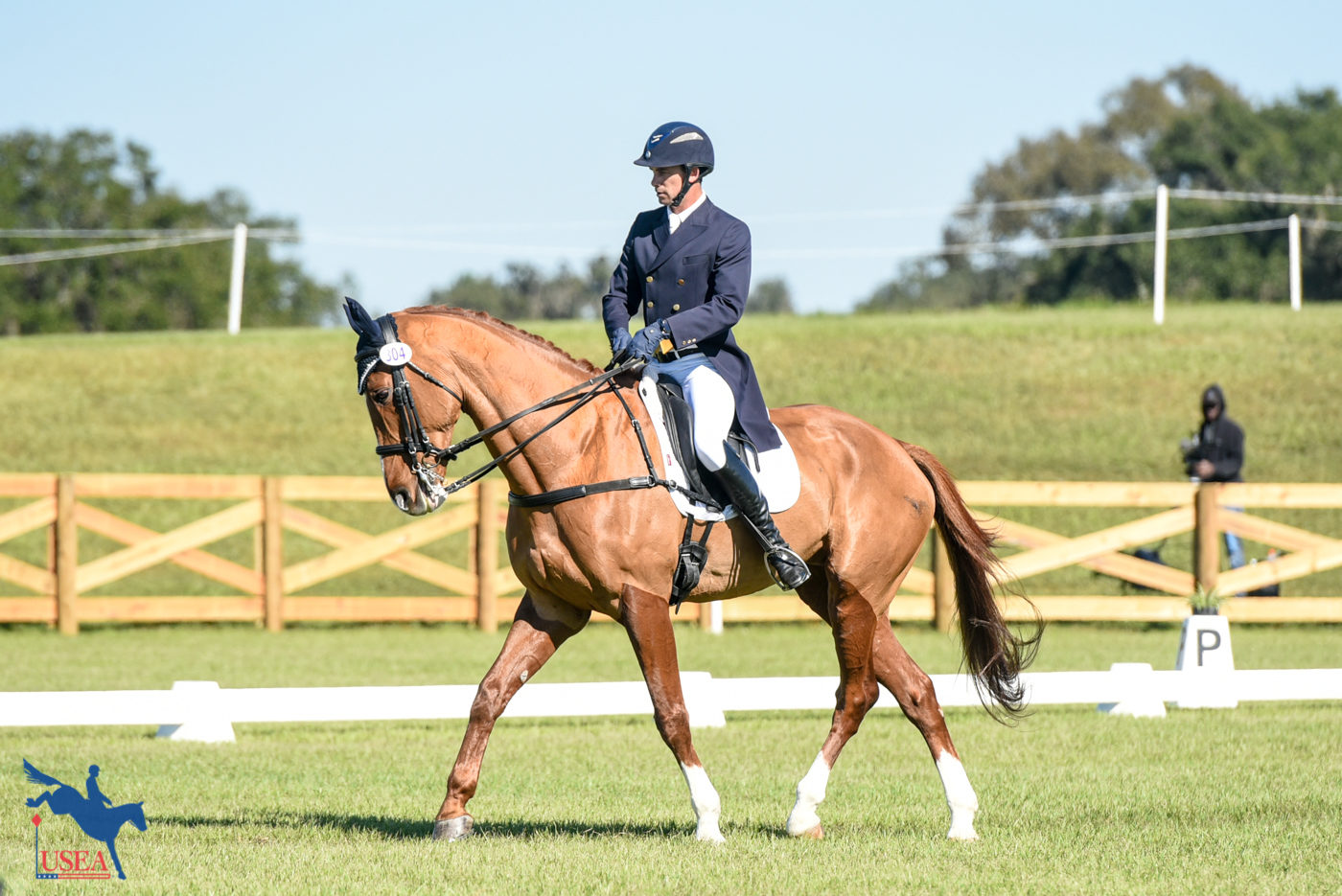