After a busy day of show jumping and cross-country for the CCI4*-S and CCI3*-S divisions at the Jersey Fresh International Three-Day Event in Allentown, New Jersey, two riders rose above the rest to take home their division titles.

In the CCI4*-S, Will Coleman and Off the Record (VDL Arkansas x Drumagoland Bay), the Off the Record Syndicate’s 10-year-old Irish Sport Horse gelding, jumped clean both in show jumping and on cross-country, picking up 4.8 time penalties to rise from fourth place to take the win. His other two rides, Don Dante and TKS Cooley, finished in seventh and eighth, respectively.

“I thought all three horses jumped really well. This morning in the show jumping, Chris [Barnard] builds a great track and I couldn’t really ask them to jump any better – they were all in good form. And then the cross-country today, they went well. Off the Record is getting really experienced now at that level and he made really light work of it. It felt really good. We’re aiming [him] for Tattersalls in Ireland in a couple of weeks so he’ll be making the trip over there. I think he felt ready to do it so hopefully that will go well. The other two are greener – they’re very quality but this is only their second Advanced so I thought it was a good enough test without being too much. They both finished like four-star horses.”

Alexandra Knowles and her longtime partner Sound Prospect (Eastern Echo x Miners Girl), the Sound Prospect LLC’s 17-year-old Thoroughbred gelding, picked up 4.0 time penalties across the country but were otherwise clean in the jumping phases to catapult up the leaderboard from 13th place to finish in second. Knowles and “Sounder” were the fastest ride of the day in the CCI4*-S, where every rider picked up time faults.

Knowles is aiming for Luhmühlen with Sound Prospect later this year and intended for this to be a fast, clean run for him. As a competitor at multiple five-star events over the course of his career, Knowles stated that she expected today’s course to produce a smooth and confident ride. “This was sort of a test because we’ve had sort of an off season together – a bit of bad luck and jumping wrong fences – to go out and put it to him and say, ‘Okay, you’re going to get around this fast and this should be quite easy,’ and it was exactly that. to He just skipped around, locked on to everything, and it was not surprisingly the fastest time of the day because I put it to him to be that.

When overnight leaders Boyd Martin and Luke 140 came in 13 seconds over the time, he left the door open for Dana Cooke and FE Mississippi (Cassini II x Liastra) to take the win, if they could come home inside the time. With only one second of leeway, it was up to Cooke and the FE Mississippi Syndicate’s 9-year-old Wurttemburg mare to make the time over a course where only five of 55 riders came in under the optimum time.

“I wasn’t really planning to go for time,” Cooke admitted. “They were announcing right before we were going that if myself or Mia Farley made the time we could beat Boyd. I tried to ignore that because I didn’t want to make a stupid mistake, but actually my mare is better if I ride her forward and a little faster because I don’t have to pull.”

“I kind of heard my minute markers go off but I wasn’t really paying much attention to it,” Cooke continued. “My six-minute marker went off and I was like, ‘I could actually make it!’ It was just before the last fence so I pushed for home. It was awesome!”

Cooke acquired “Missy” as a 4-year-old with the help of Clayton Fredericks, who she now trains with. Cooke wasn’t sure at first, but after riding her (while in quarantine, no less) she was won over and called her owners. “She is always willing to please and she tries so hard and she she’s very sweet but very particular about who she shows affection to. She won’t show affection to just anybody.”

As Martin stated after his winning dressage test aboard Luke 140 (Landos x Omega VI), he had no intention of actively trying to make the time today. His partnership with the Luke 140 Syndicate’s 8-year-old Holsteiner gelding is still brand new, having only completed one Training and one Preliminary event before tackling the CCI3*-S at Jersey.

“I went out with the intention of just trying to get to know him a bit and give him a good ride around,” Martin said. “He was good – he’s everything you dream of in a horse. He’s a very sharp, scopey jumper; he’s got speed and agility; he’s nippy; and he’s a little bit too feisty, which I quite like in a horse . . . he could be a really really exciting horse for me in the future.” Martin plans to continue to build a partnership with Luke this year at the Intermediate/three-star level with the goal of running for time at the Fair Hill International CCI3* 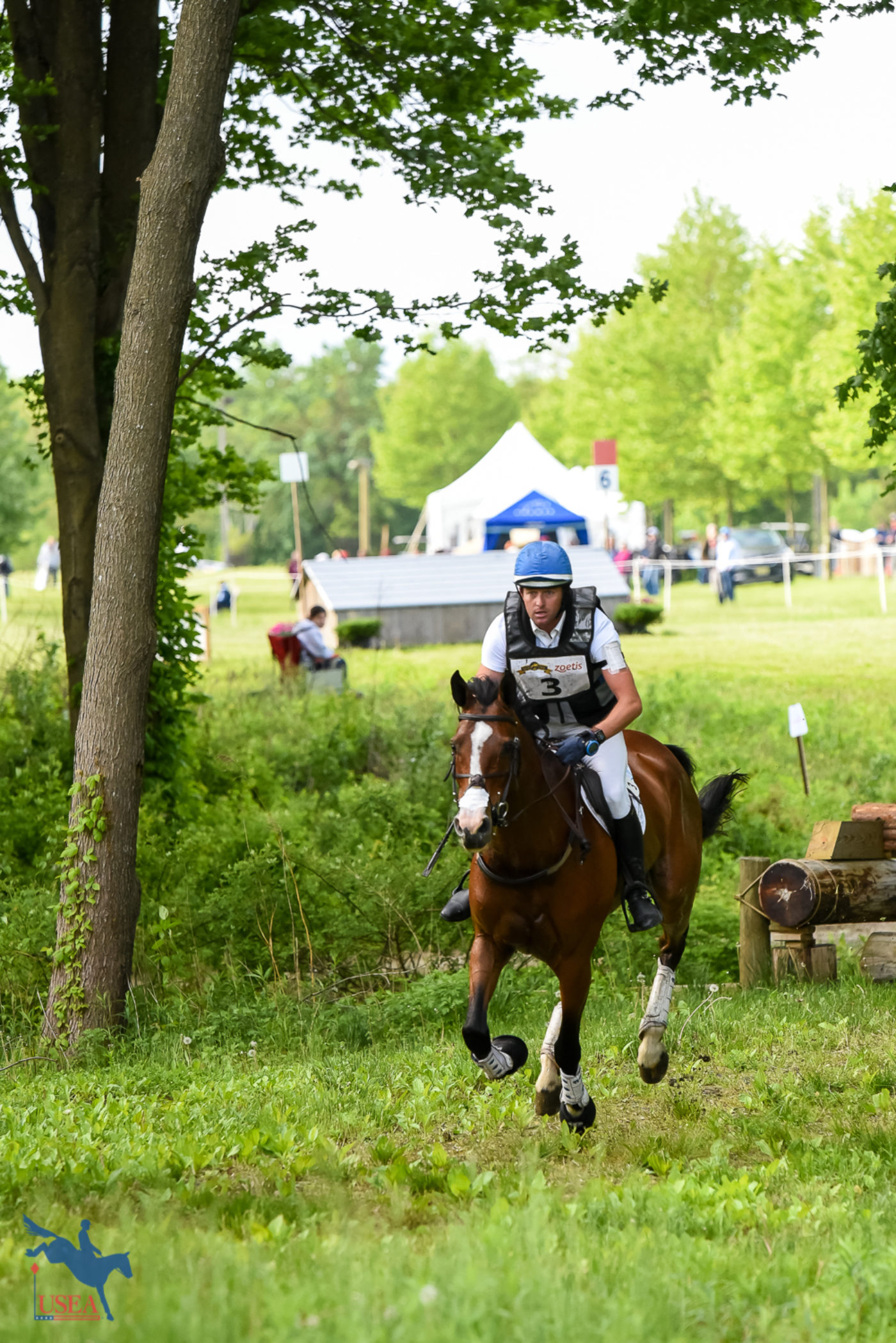 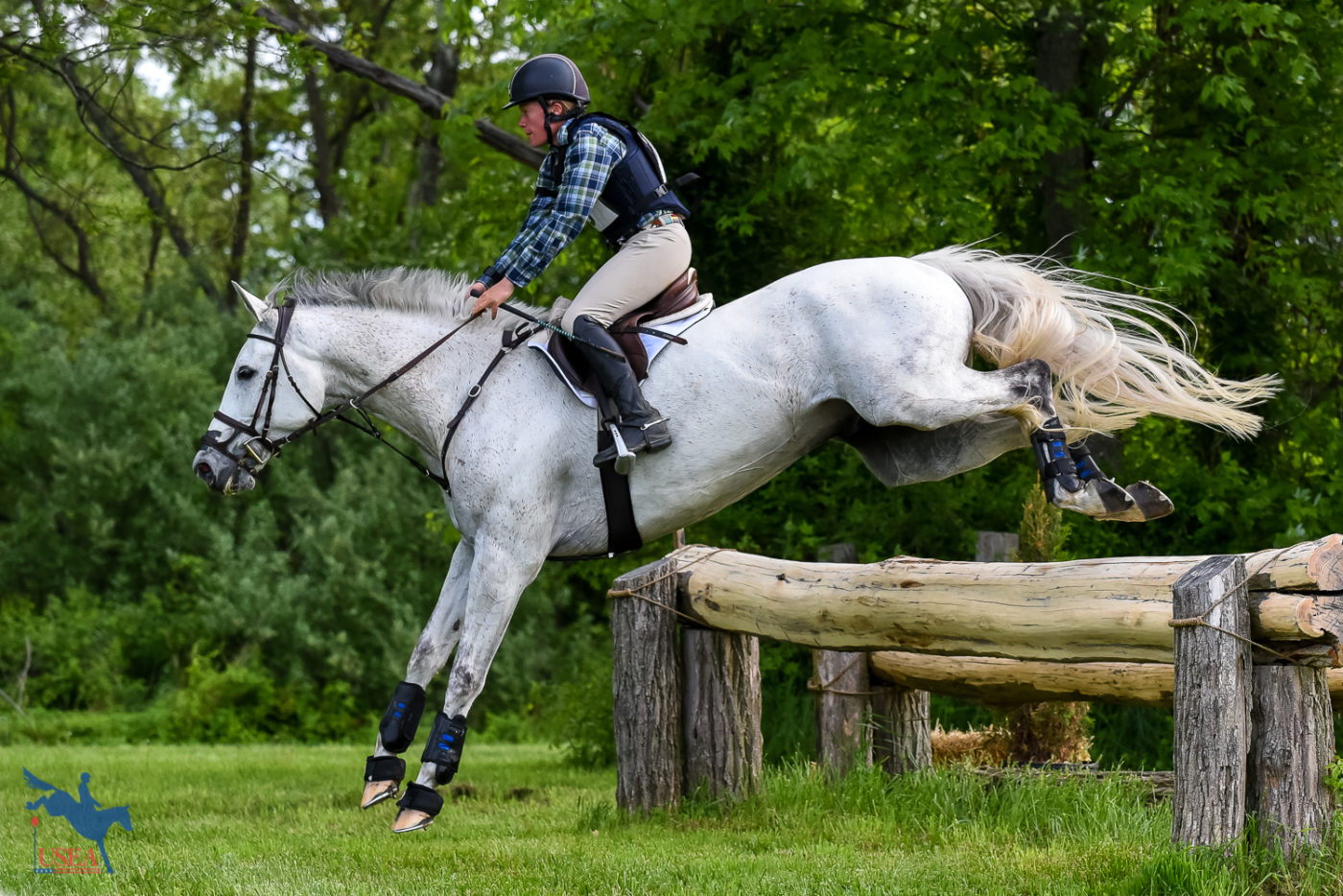 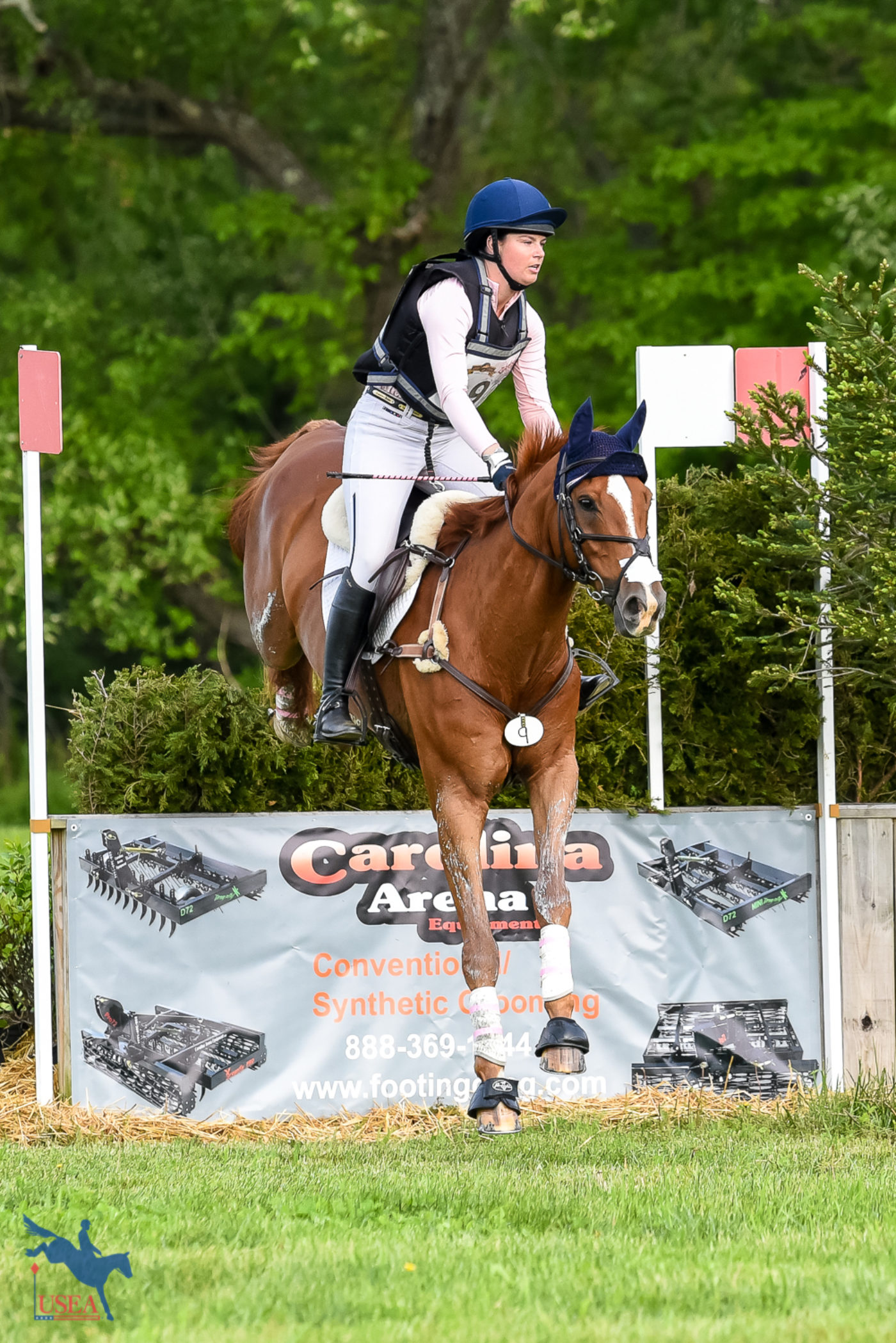 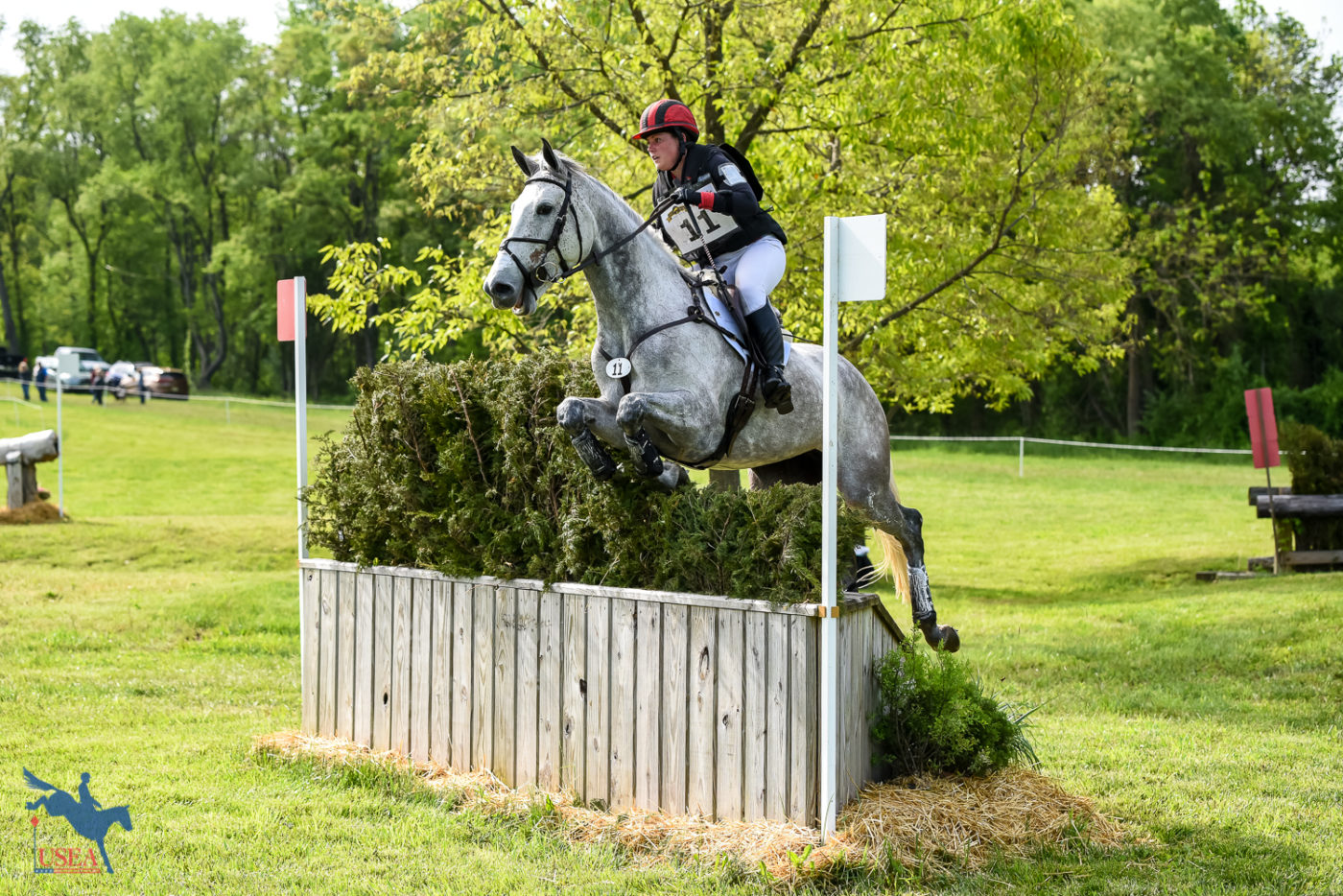 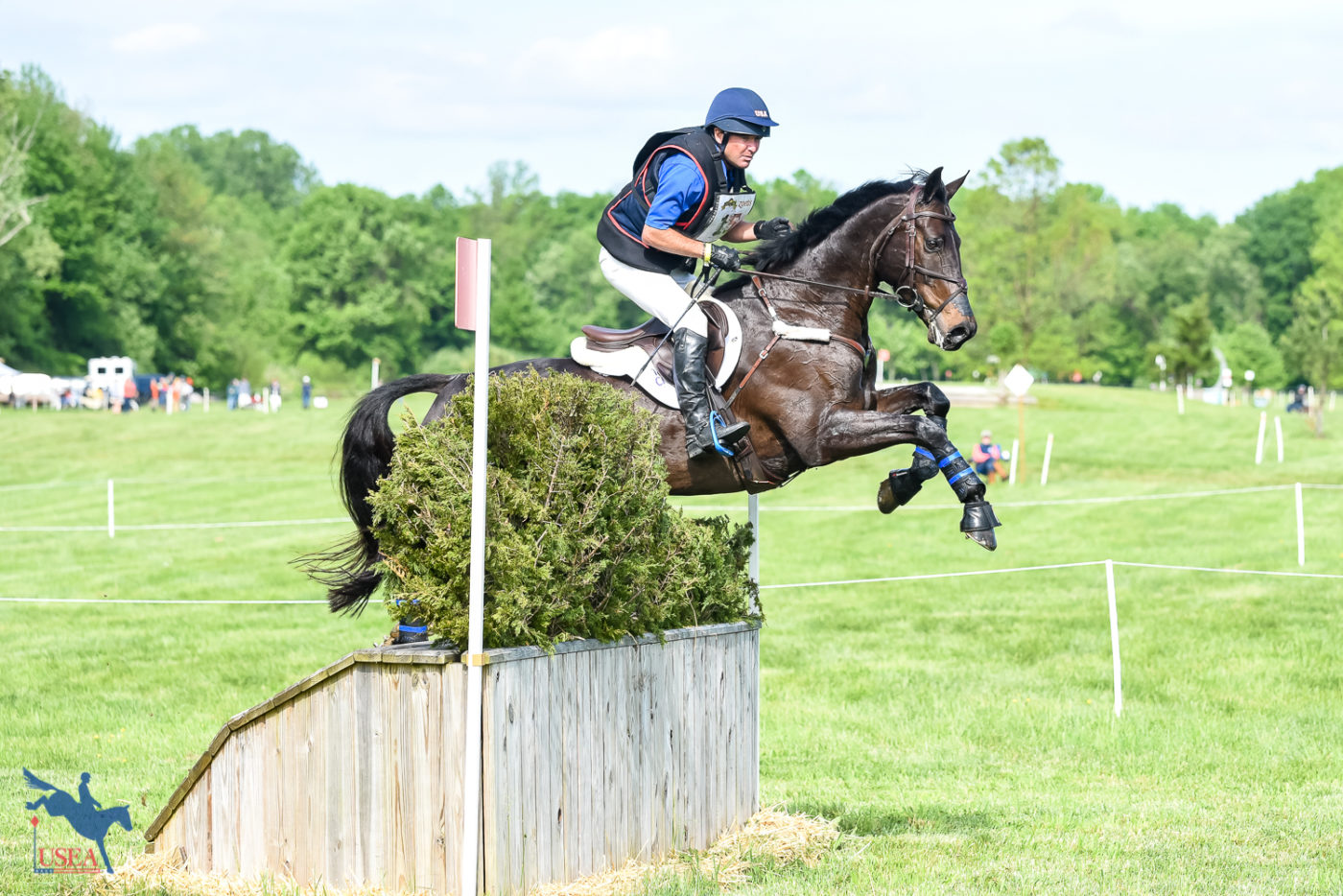 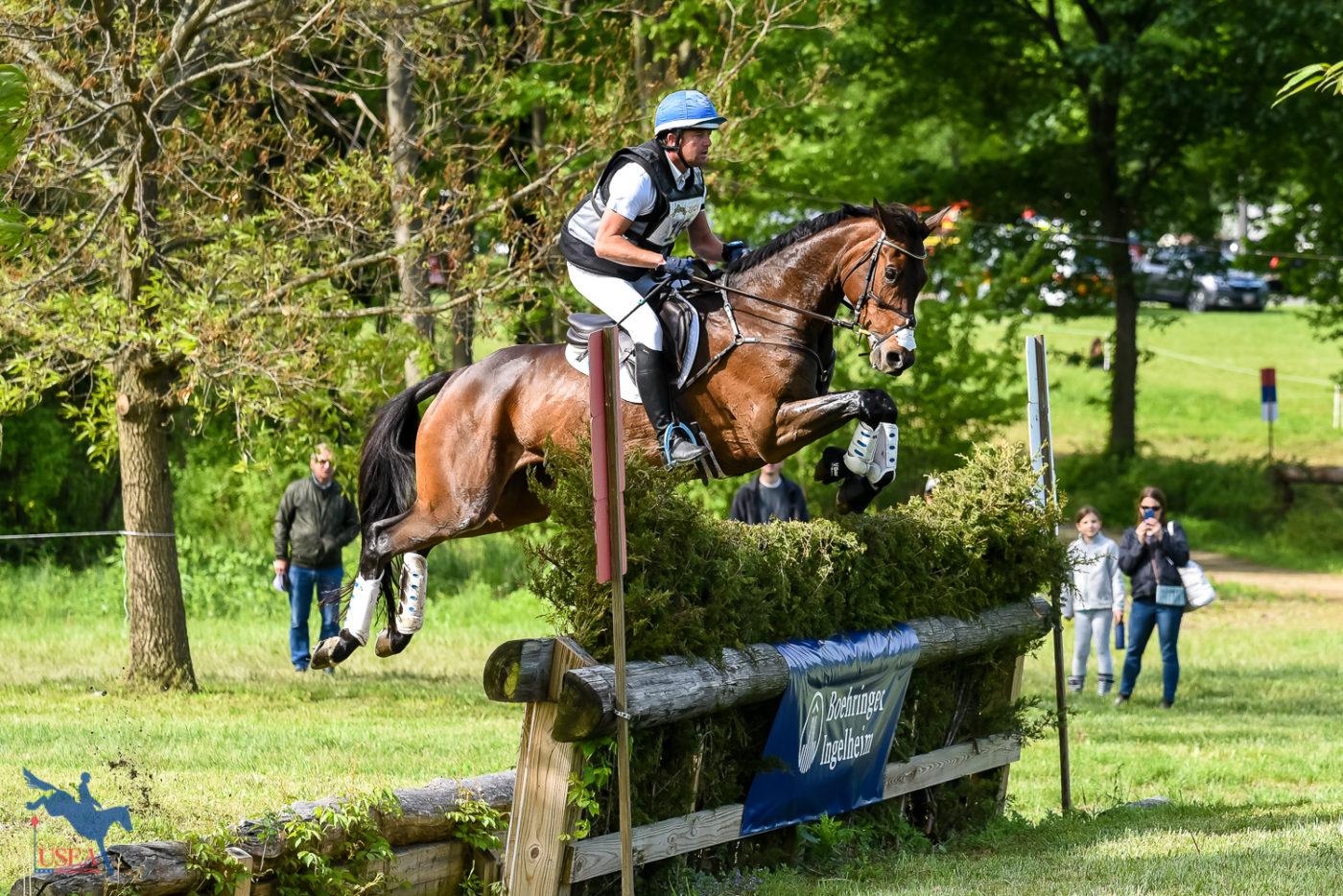 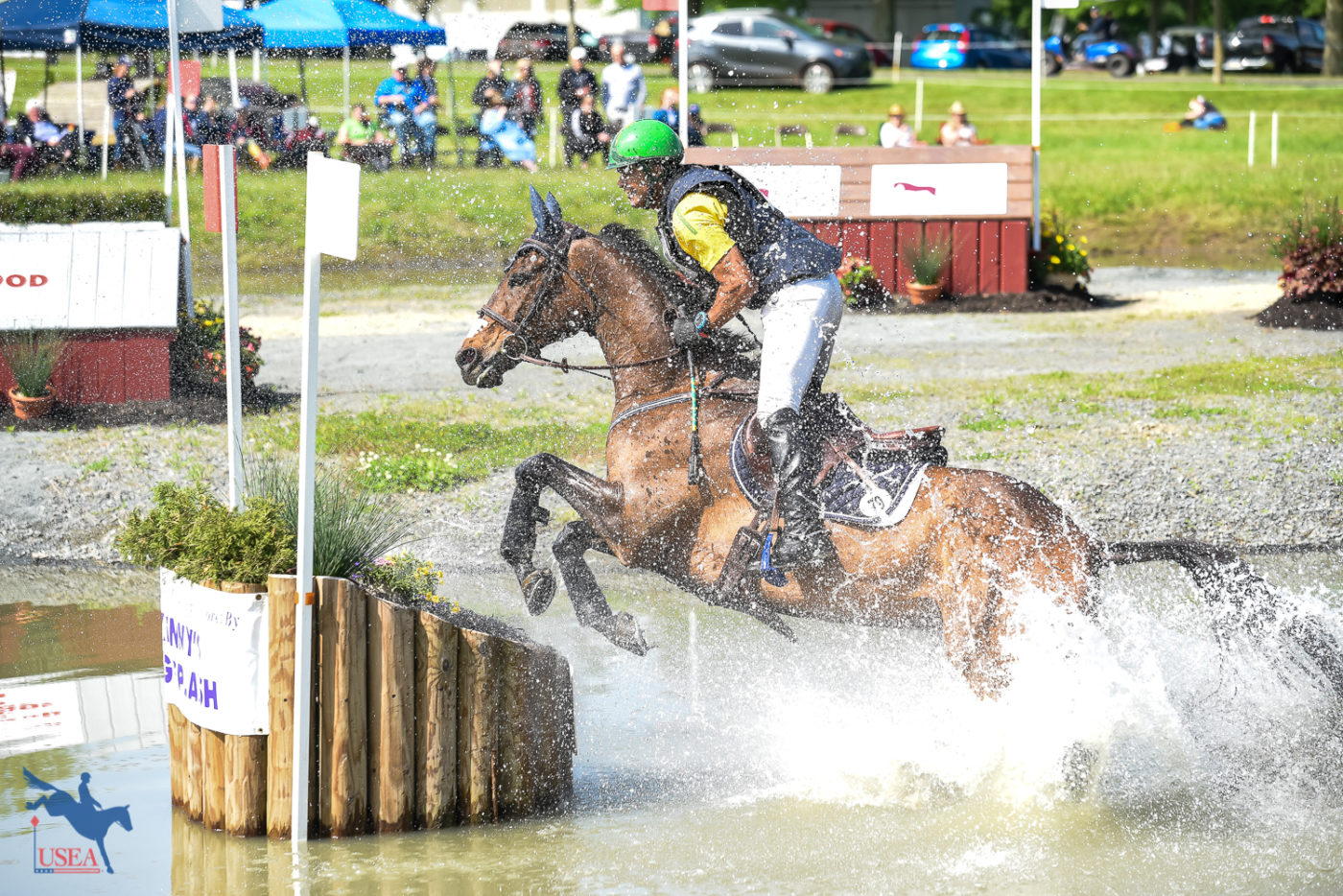 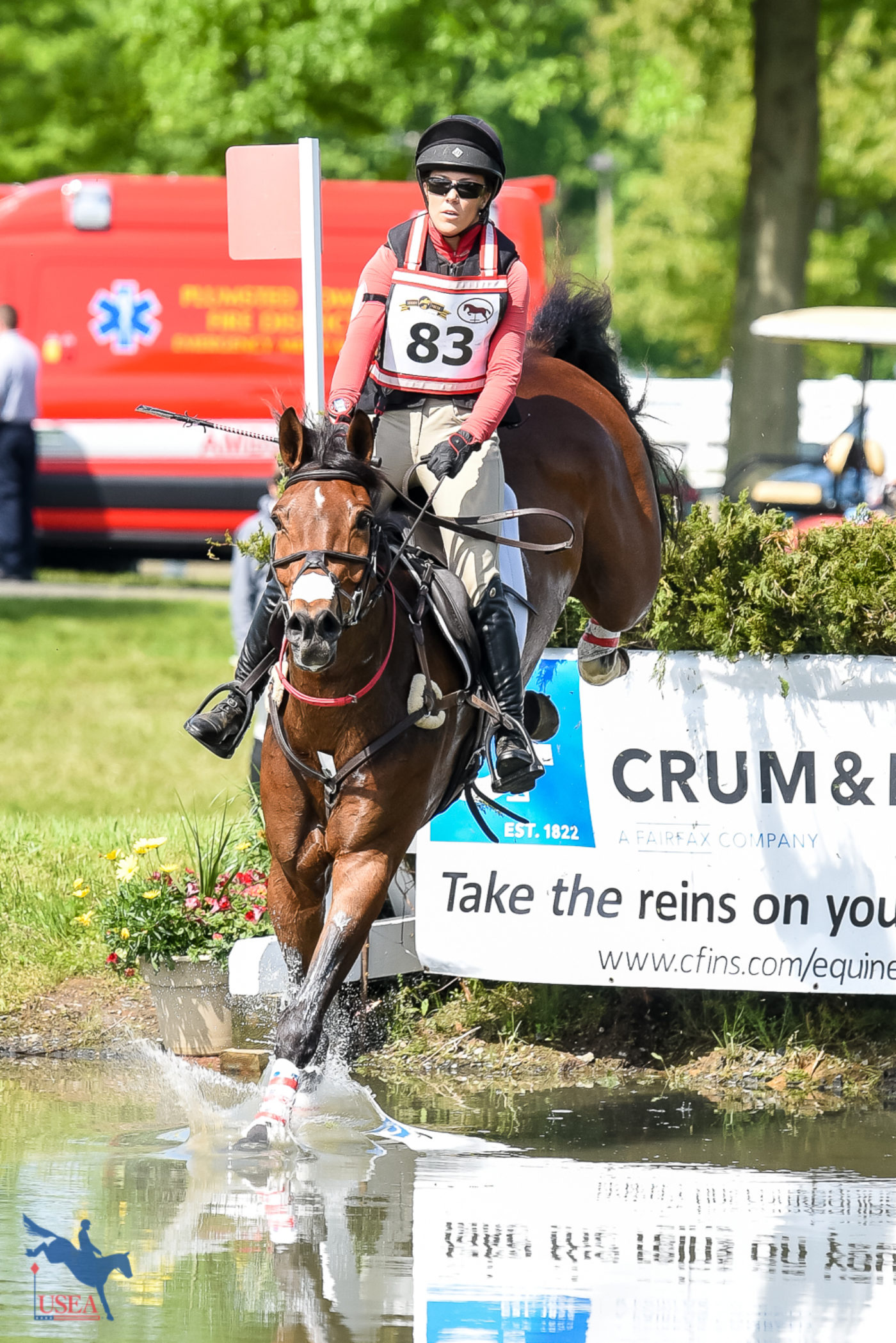 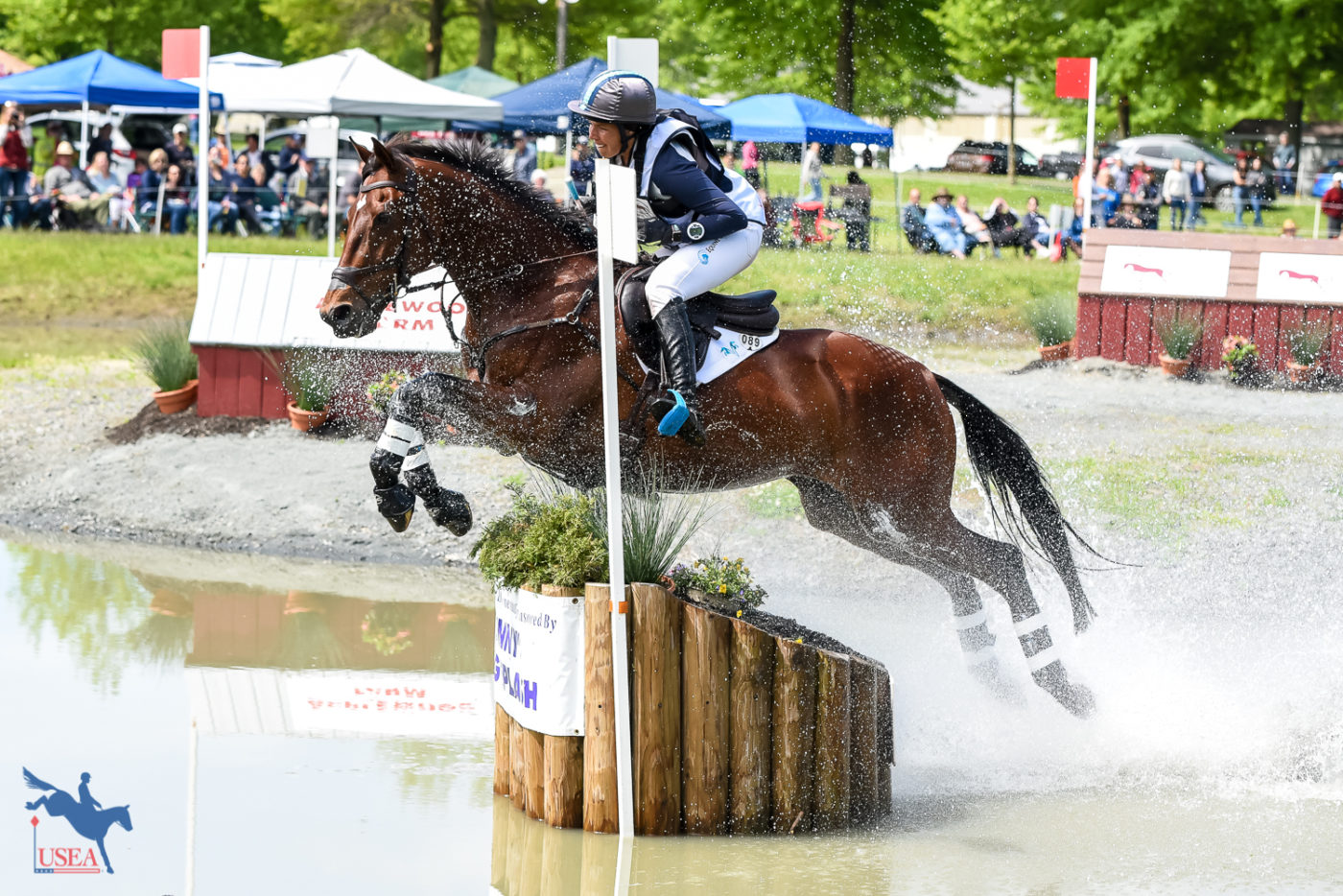