The jumping phases proved to be especially influential today at the 2017 $100,000 Land Rover Wellington Eventing Showcase. Poles in the show jumping and time penalties on the cross-county lead to a major leaderboard shakeup, but it was ultimately Boyd Martin who finished as the winner with Craig and Gloria Callen’s Welcome Shadow followed by Buck Davidson and Petite Flower in second and Doug Payne in third with Vandiver.

It was a heartbreaking end to the showcase for show jumping leader Marilyn Little, who had a fall with her first ride RF Demeter at the Ariat Corner (17) as “Demi” made contact with the fence on landing. The event released this statement regarding Little’s condition, “RF Demeter was uninjured. Marilyn was attended to by medical staff at the site of the fall. She did not lose consciousness. Marilyn walked without aid to a golf cart. She was transported out of the ring in a golf cart and was further evaluated by medical staff. Out of an abundance of caution and with facility protocol, Marilyn was transferred and transported through TraumaHawk to Delray Medical Center. She was conscious, coherent, and stable, and was released from the hospital this evening.”

Shortly after her fall she elected to withdraw her leading horse, RF Scandalous from cross-country, leaving the door wide open for Boyd Martin to pull off a hat trick, three consecutive competitions with three different horses, this time with “Shadow,” a 12-year-old Irish Sport Horse.

“This year was by far the hardest to win. It was a much more competitive field and the caliber of horses was the best we’ve ever seen here,” he said. “I’ve got to say the show jumping was bigger than Rolex. The cross-country was influential this year compared to other years when it wasn’t that influential. Hopefully it doesn’t get any harder because it’s the beginning of the year and we really had to press the horses to be competitive. It’s that fine line between seeing who the best is and not pushing it too far.”

He added only 0.8 time penalties, one of the fastest rounds of the day with the ex-foxhunter. “Welcome Shadow is one of my favorites, a failed foxhunter from the owner Craig Callen. This horse has come from left field being a foxhunter, but you wouldn’t get a horse that tries any harder than welcome Shadow,” Martin continued.

Shadow will get a light vacation before continuing her training and preparation for her second four-star appearance at the Rolex Kentucky Three-Day Event in April.

Buck Davidson earned a 30.9 for a top-twenty spot after dressage with Caroline and Sherrie Martin’s Petite Flower, but he didn’t stop climbing until he reached the top three. One of only few double clear show jumping rounds moved him into 6th, and accurate riding on the cross-country had him ending the weekend reserve champion.

The 15-year-old Thoroughbred mare (Amber’s Lust x Tears of A Loss), who was bred by Buck’s father, Bruce Davidson Sr., was looking very keen at the start of her season.

“I was really happy with the mare. She couldn’t have been better this whole weekend. I was really happy with the dressage. She was great and tried her heart out in show jumping, and then she was as straight as she could be on cross-country. She’s a fun horse to ride around these kind of events,” Davidson commented. “Flower” is aimed to join Shadow at Kentucky this season.

Doug Payne had a determined look in his eye as he left the startbox with Vandiver. No one had been able to beat the time yet, but Payne made it happen shaving seconds off at every available opportunity. He and the 13-year-old Trakehner “Quinn,” who is also aimed at the Kentucky CCI4*, earned a respectable 30.2 on the flat, and pulled one unlucky rail in the show jumping to start he final phase in sixth place. Tight turns earned him the first double clear cross-country run of the day and a third place finish.

“I couldn't have been more happy with Quinn. He was very very good. I was disappointed [that] I had the very last jump down, but on cross-country he’s a bit of a dirt bike and we just kind of go out and cruise,” he said of his American-bred partner (Windfall x Visions of Grandeur). “Debi Crowley owns him with us a bred him. She still has his mother, so I think it’s really special for her.”

Kim Severson and Cooley Cross Border, a 10-year-old Irish Sport Horse owned by The Cross Syndicate, took their time around the track picking up 9.2 time penalties, but their sub-30 dressage performance (28) and double clear show jumping round gave them a fourth place finish.

In his first cross-country run on American soil since last spring, Fernhill By Night made it count with Liz Halliday-Sharp in the irons. The pair picked up 9.2 time penalties to finish fifth on a score of 37.7. Sixth and seventh-place finishers, Jennie Brannigan and William Fox-Pitt, had two identically quick rounds today both catching 3.2 time penalties. Brannigan looked very much at home with longtime partner Cambalda as he is returning from a competition hiatus, and Fox-Pitt galloped easily with his catch ride, Steady Eddie.

This year’s showcase saw an increase in both prize money and difficulty with only 23 of today’s 37 competitors making it through the finish flags. Captain Mark Phillips’ twisty track required correct and accurate riding and as competitors carefully navigated the 23 efforts, the optimum time became increasingly difficult to make. Of the 23 finishers only two, Davidson and Payne, came in double clear.

Seven pairs withdrew before the start of the final phase. Besides Little, Kylie Lyman also came separated from Lup the Loop after a bobble at the Land Rover Lake Corner, but was quickly on her feet and is OK. Two pairs were eliminated after three stops, Joe Meyer on South Paw and Angela Bowles with Novelle. Meyer also elected to retire his second horse, Clip Clop after two stops.

Holly Payne Caravella piloted Never Outfoxed through every effort including the jump placed inside the VIP tent, but the pair had unfortunately jumped the wrong part of the Ariat Corner (17) and were Technically Eliminated. Fence 17 took its final toll on Allison Springer and Arthur. They picked up 20 after a runout, dropping them from 3rd to 19th place.

Now in its third year, the Wellington Eventing Showcase has become a must-see spring event. The competition, which began with $50,000 of prize money in 2015, grows each year as it gives Wellington, Fla. a taste of the sport. This year riders went head-to-head for a $100,000 purse. CEO of Equestrian Sport Productions Mark Bellissimo spoke of his vision for the showcase:

“It’s obviously an opportunity for us to expose a much broader audience to eventing that hasn’t had the benefit or experience in seeing eventing. Our fundamental goal in doing the event is to bring new owners into the sport, bring new spectators into the sport and hopefully new sponsors into the sport,” he said. “Were very excited about the future. We’ve ramped up the prize money a little bit. We’re going to be thinking through a strategy that maybe extends this into three of these type events and having a series of prize money and almost a triple crown of eventing showcases in environments where we can inspire a broader audience.”

“These athletes are the most under appreciated in the equestrian world. The challenges they face in their daily routines are significant and they’re great athletes with great horses and hopefully we can try to enhance their stature in the equestrian domain,” he continued. 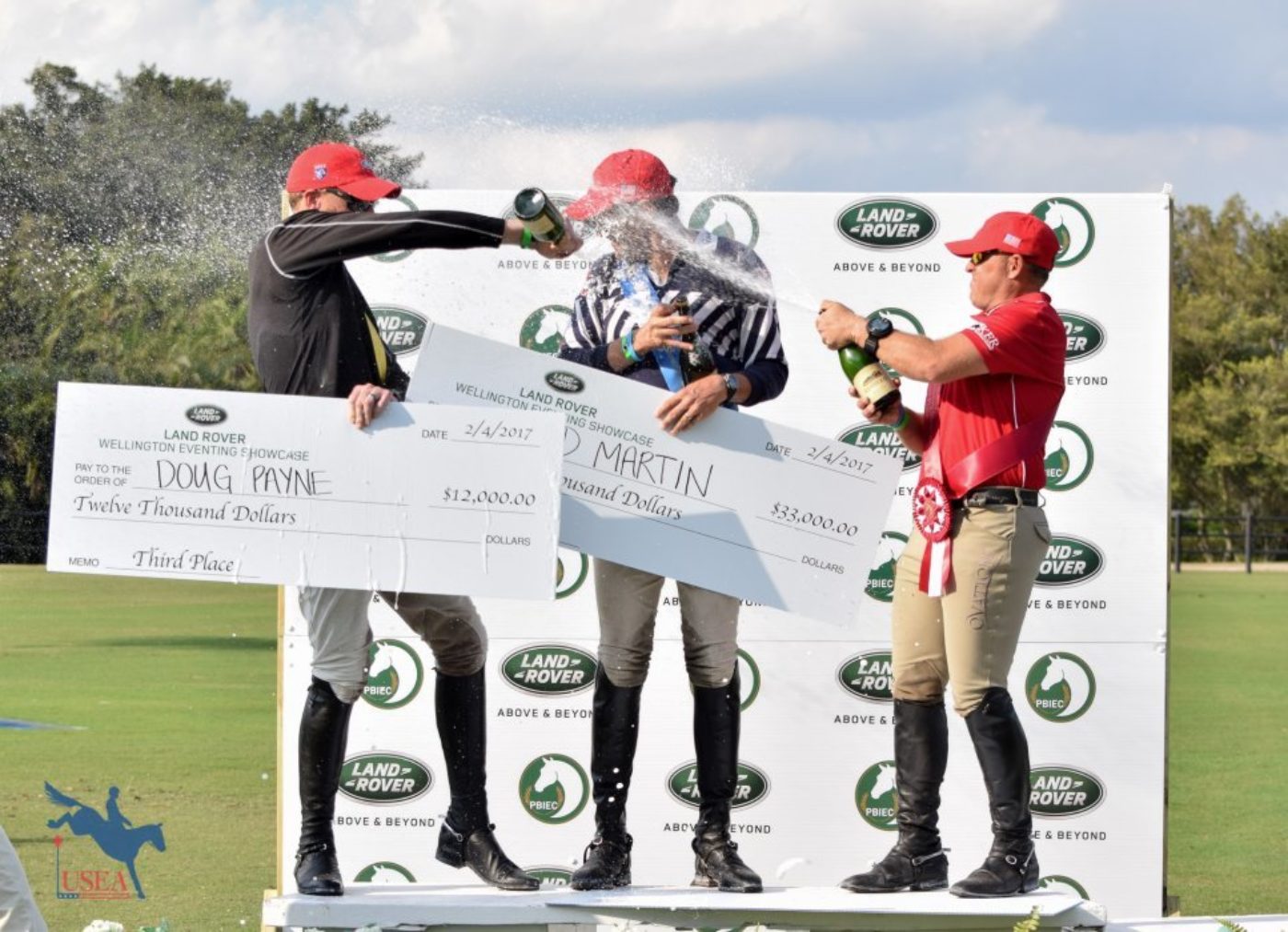 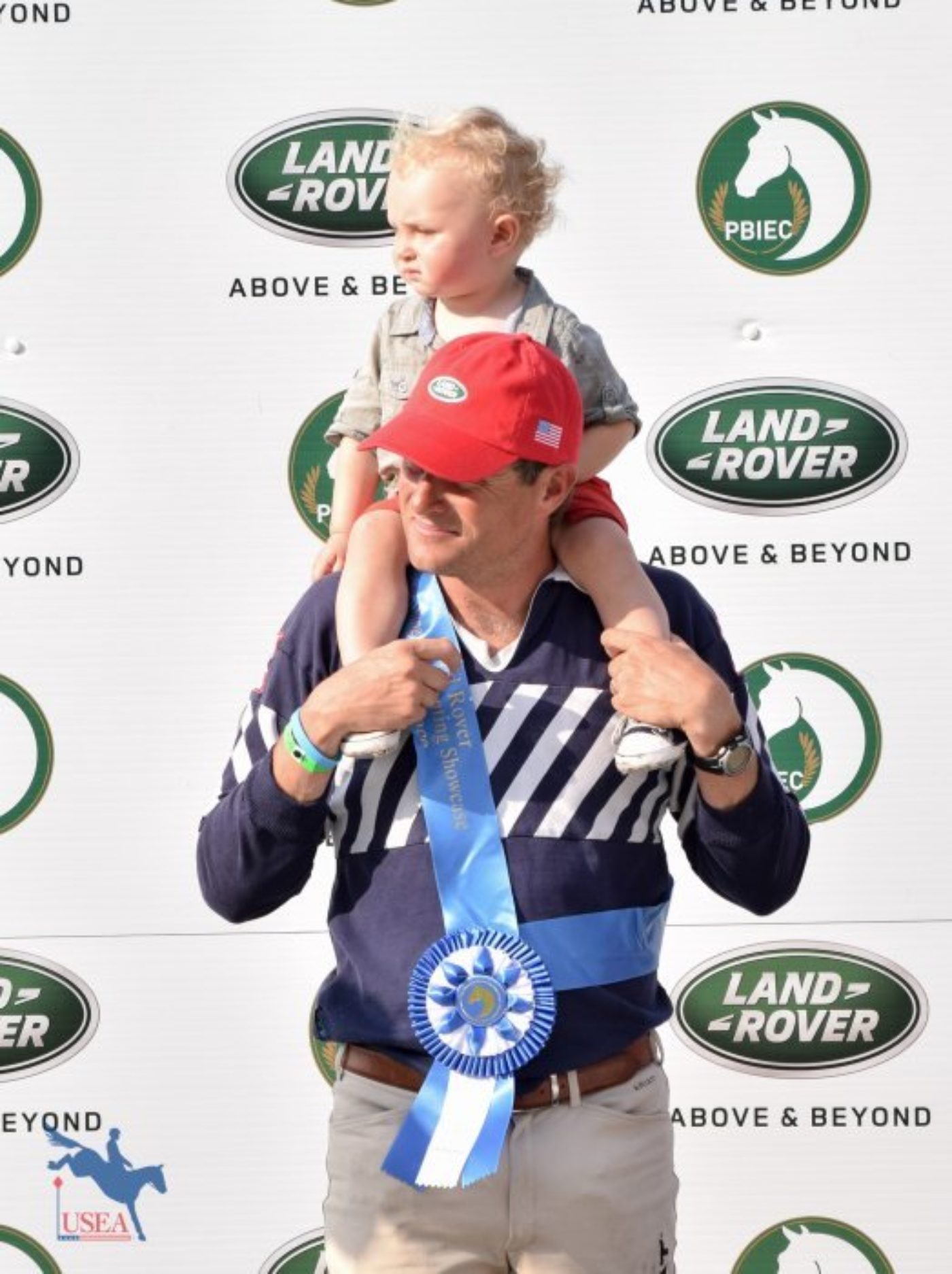 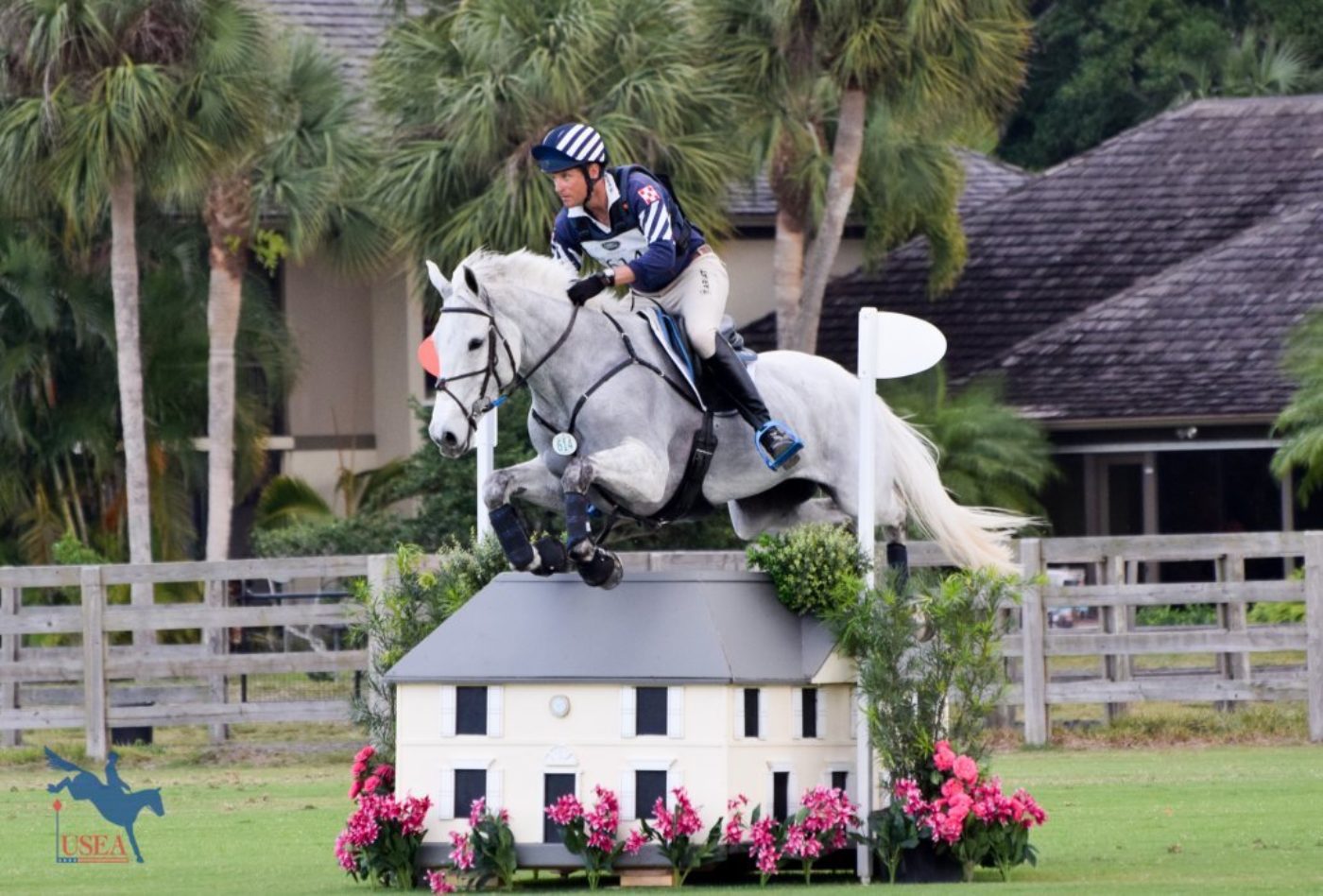 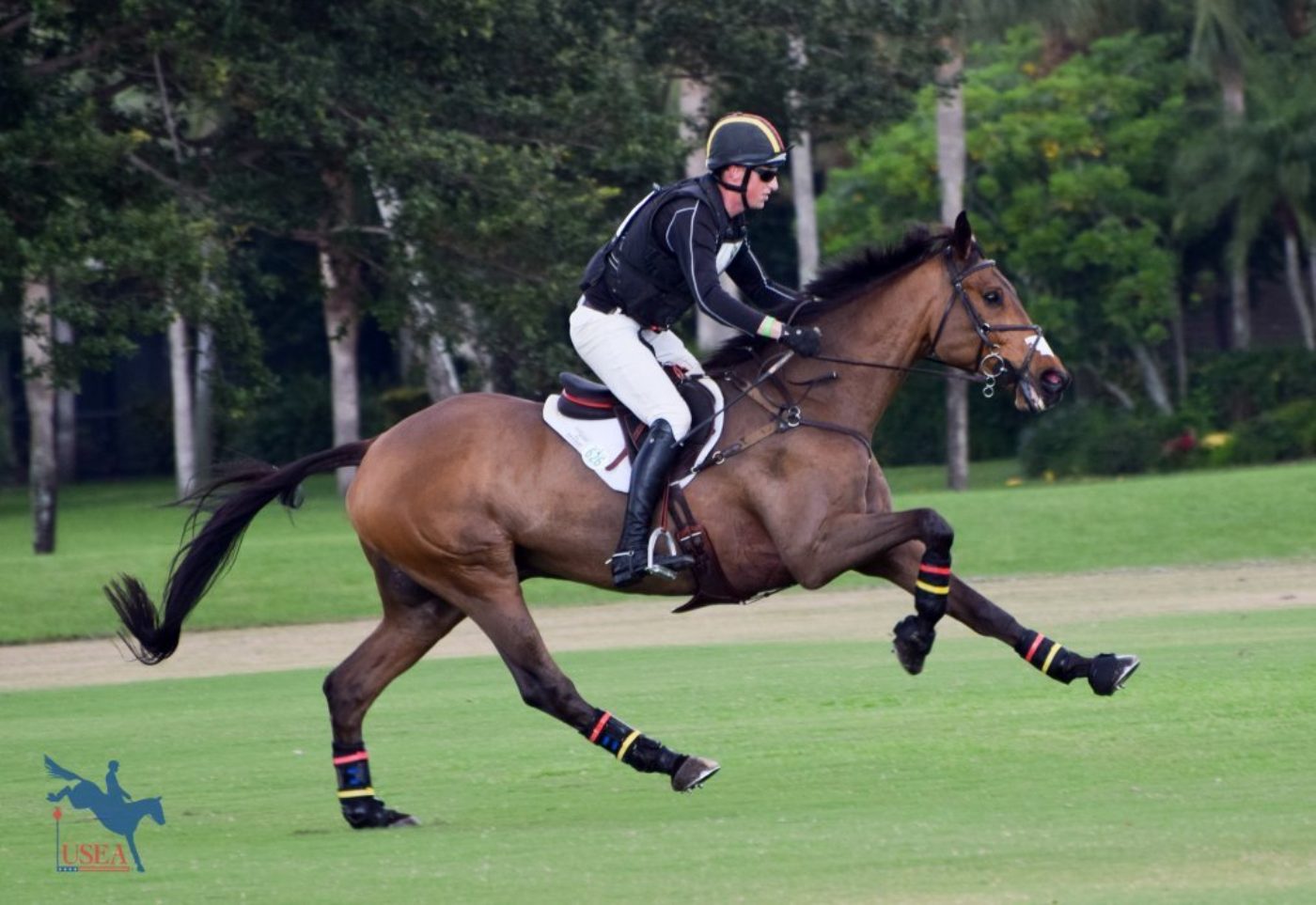 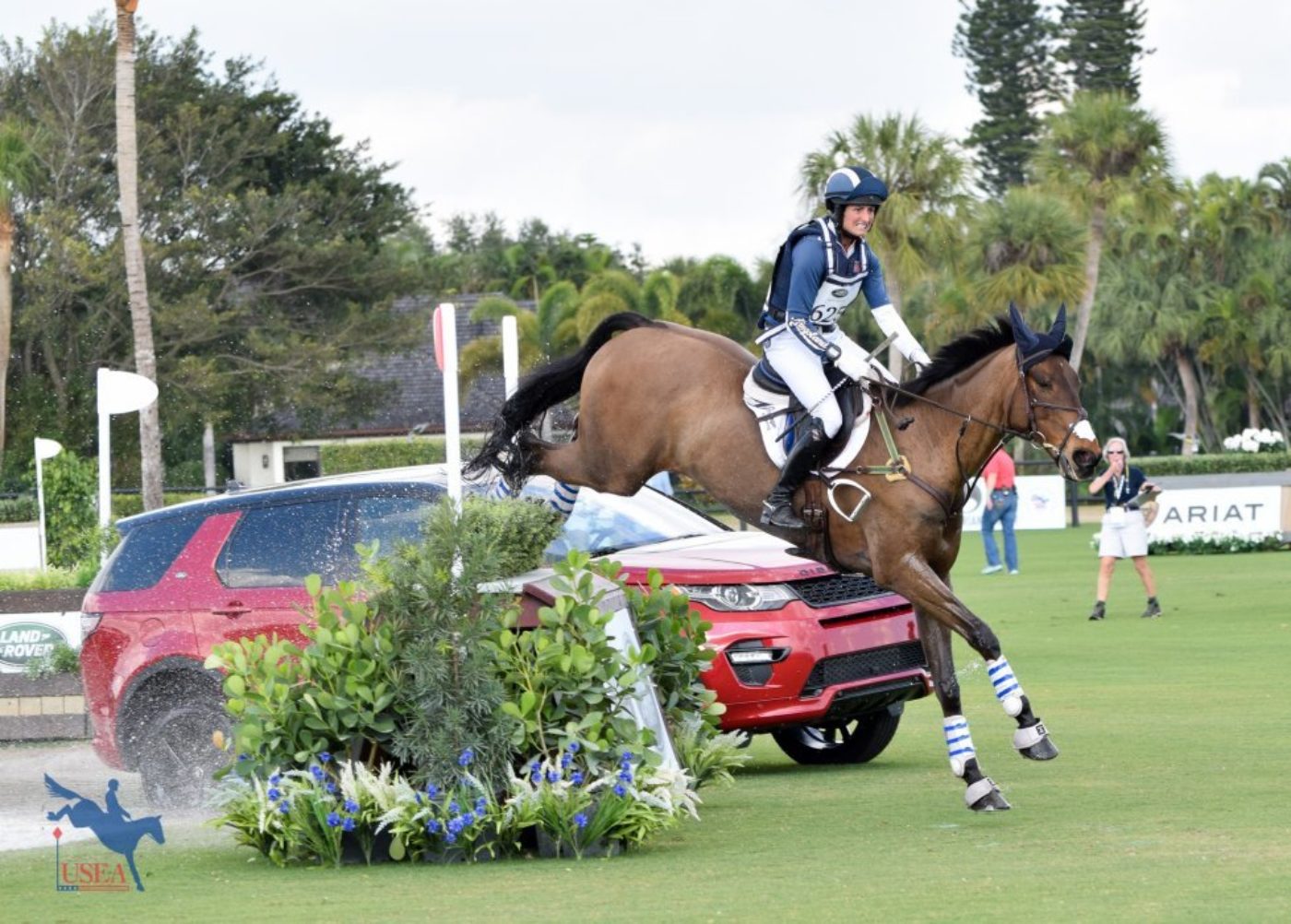 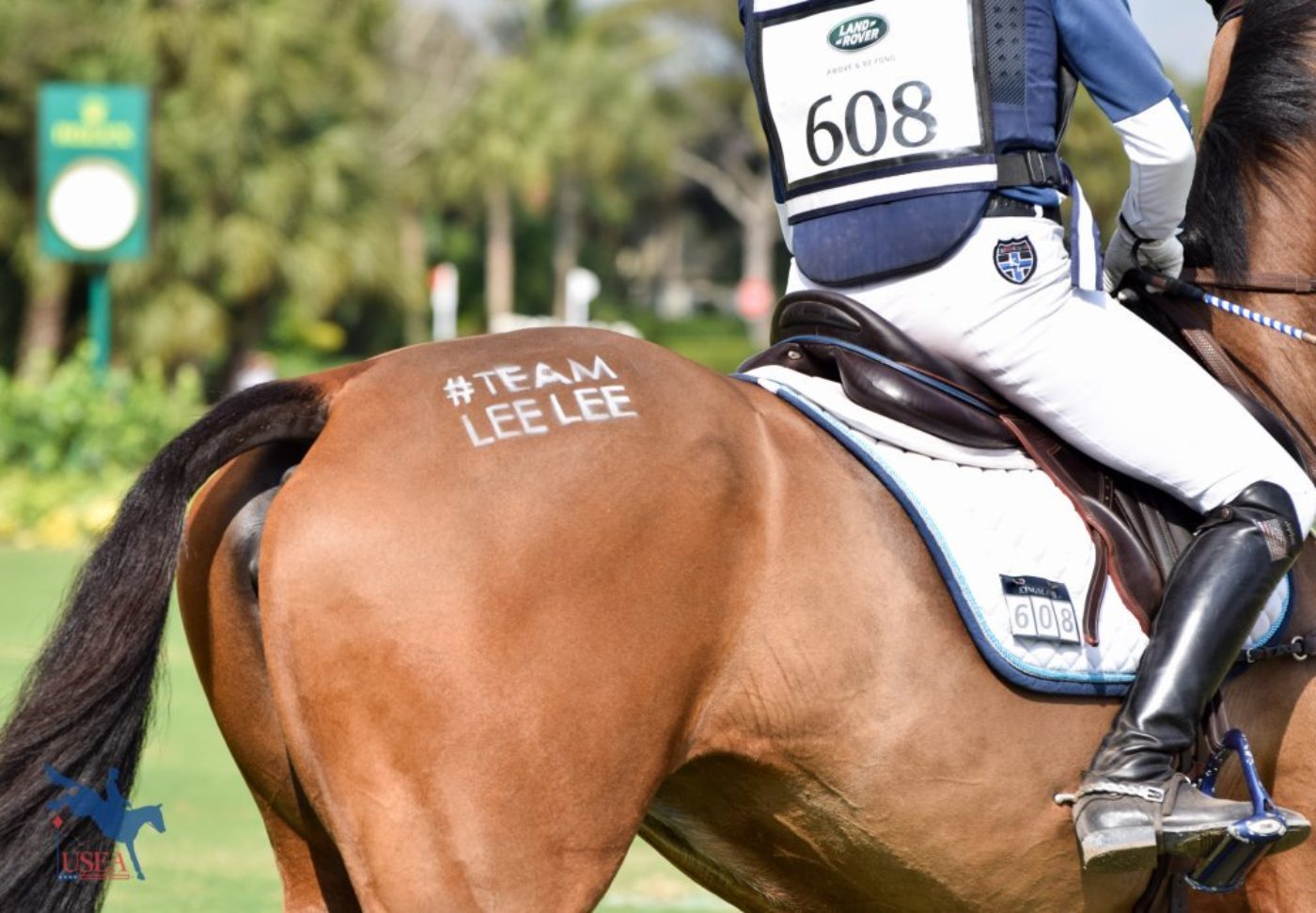 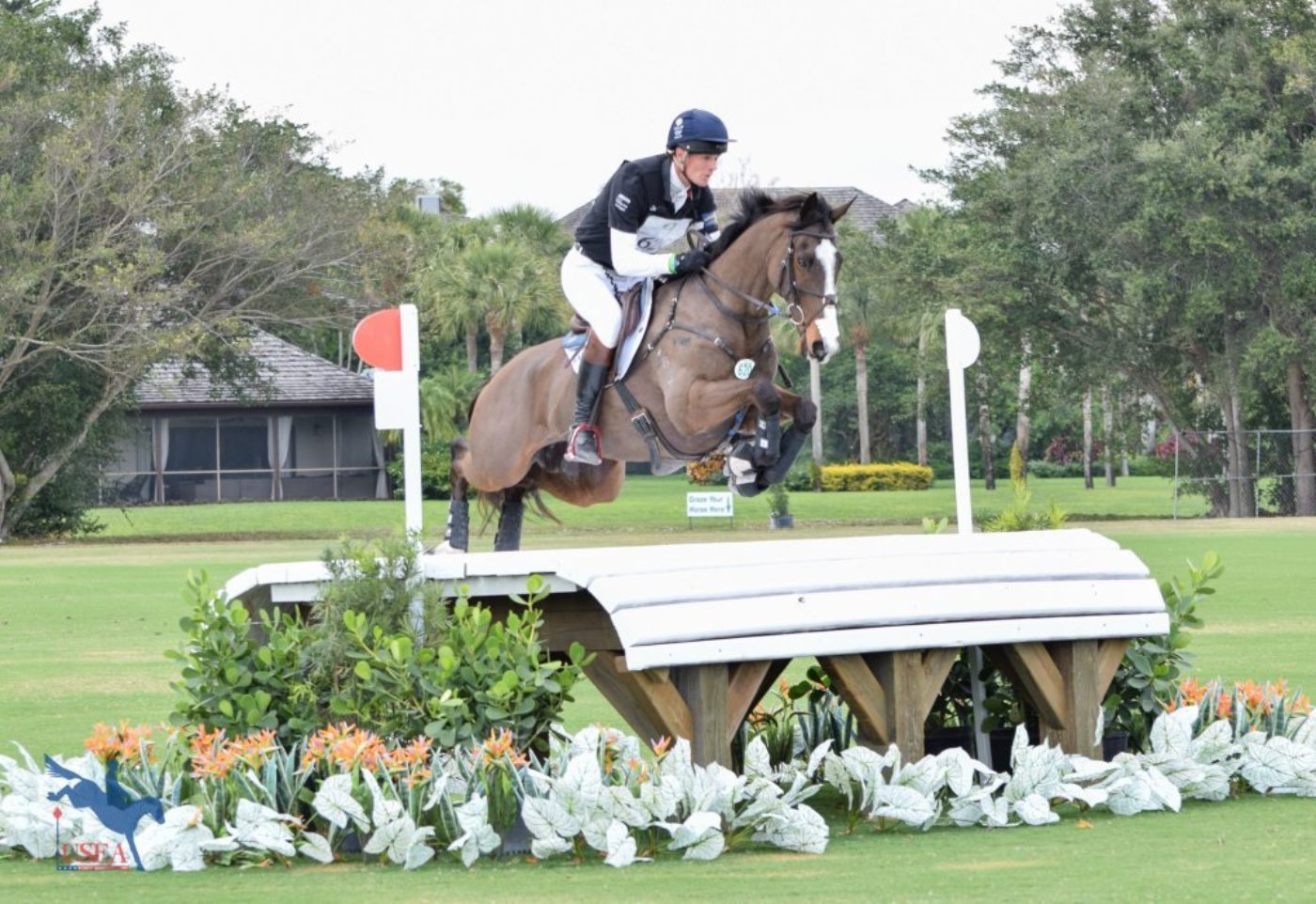 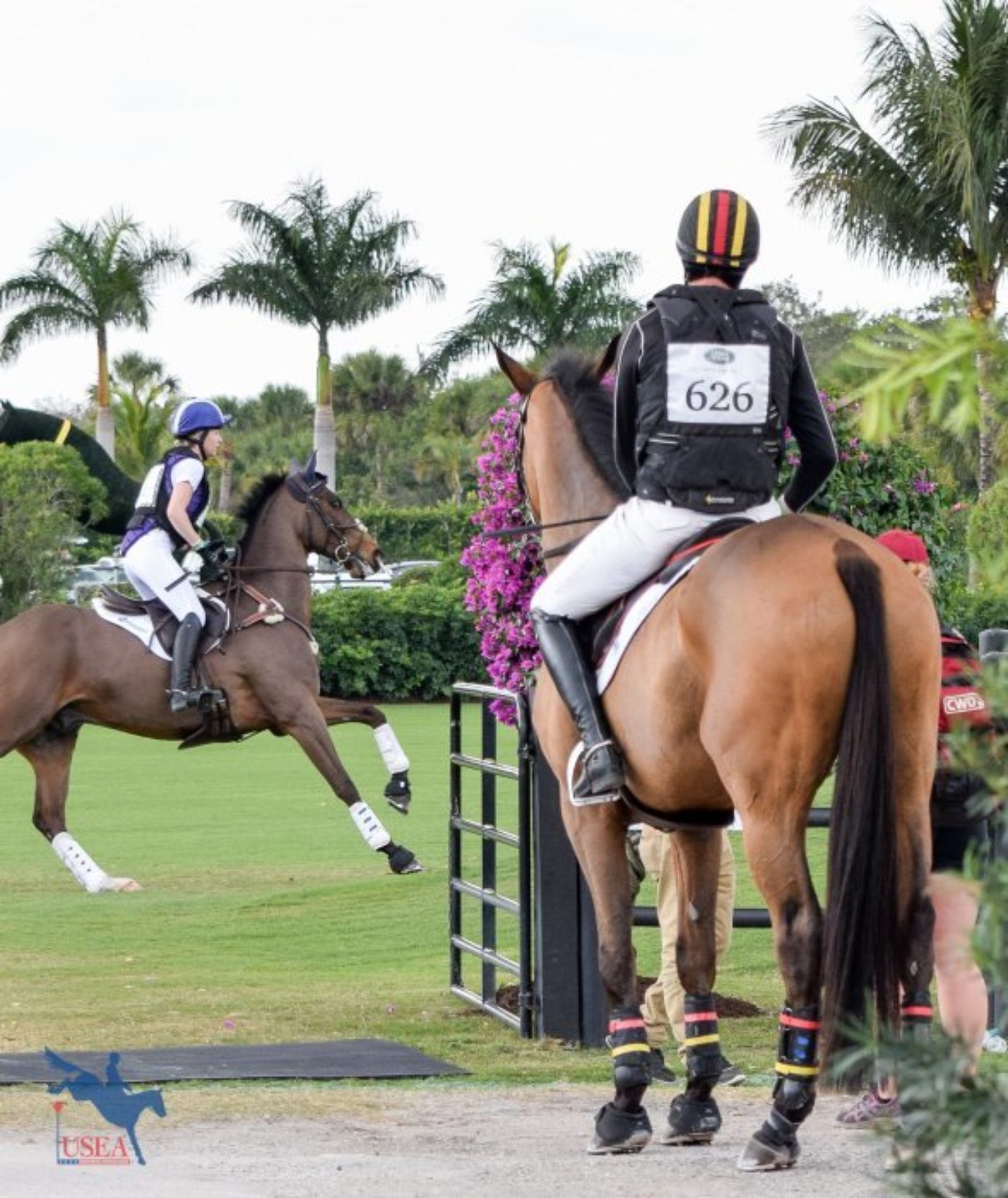 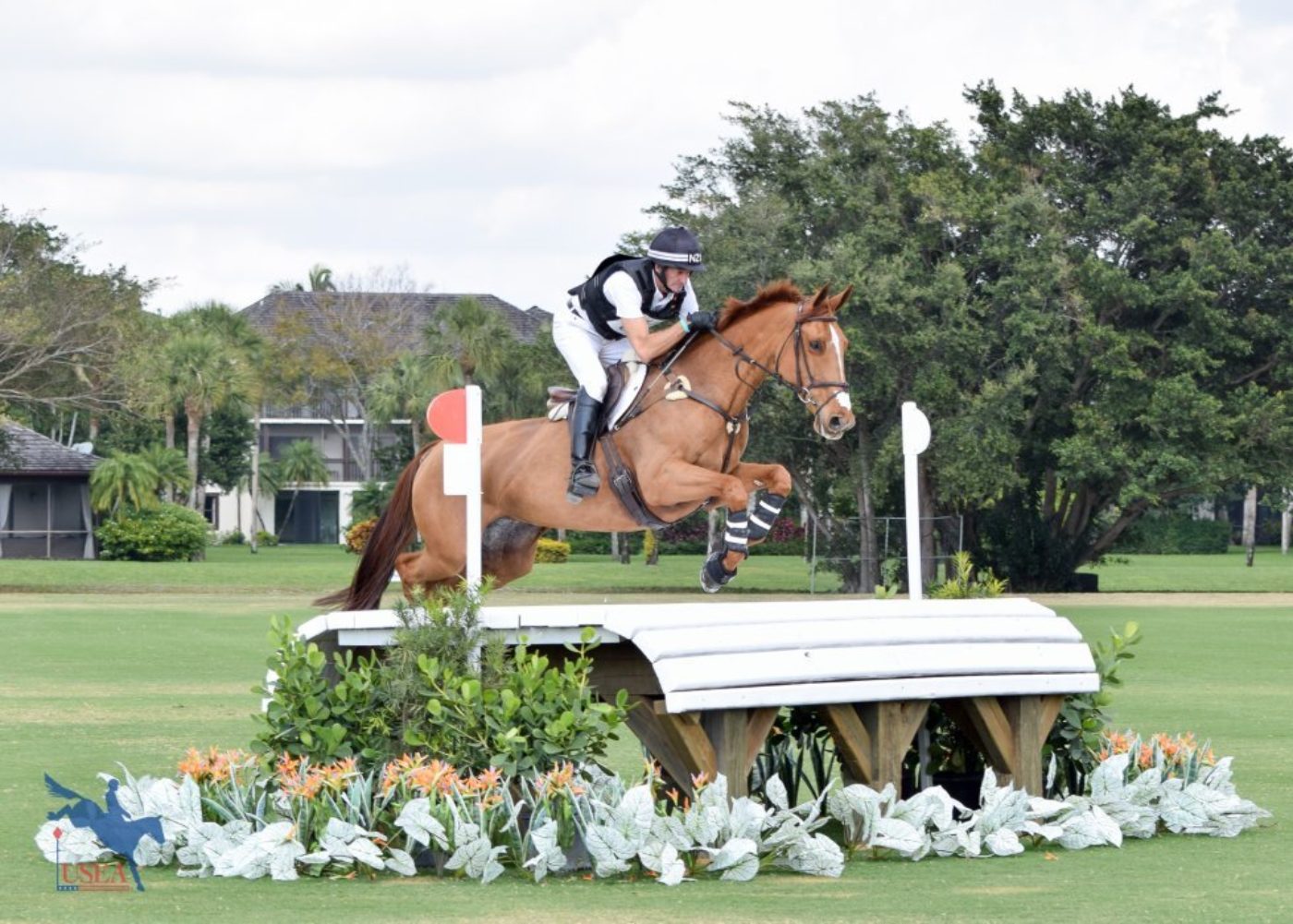 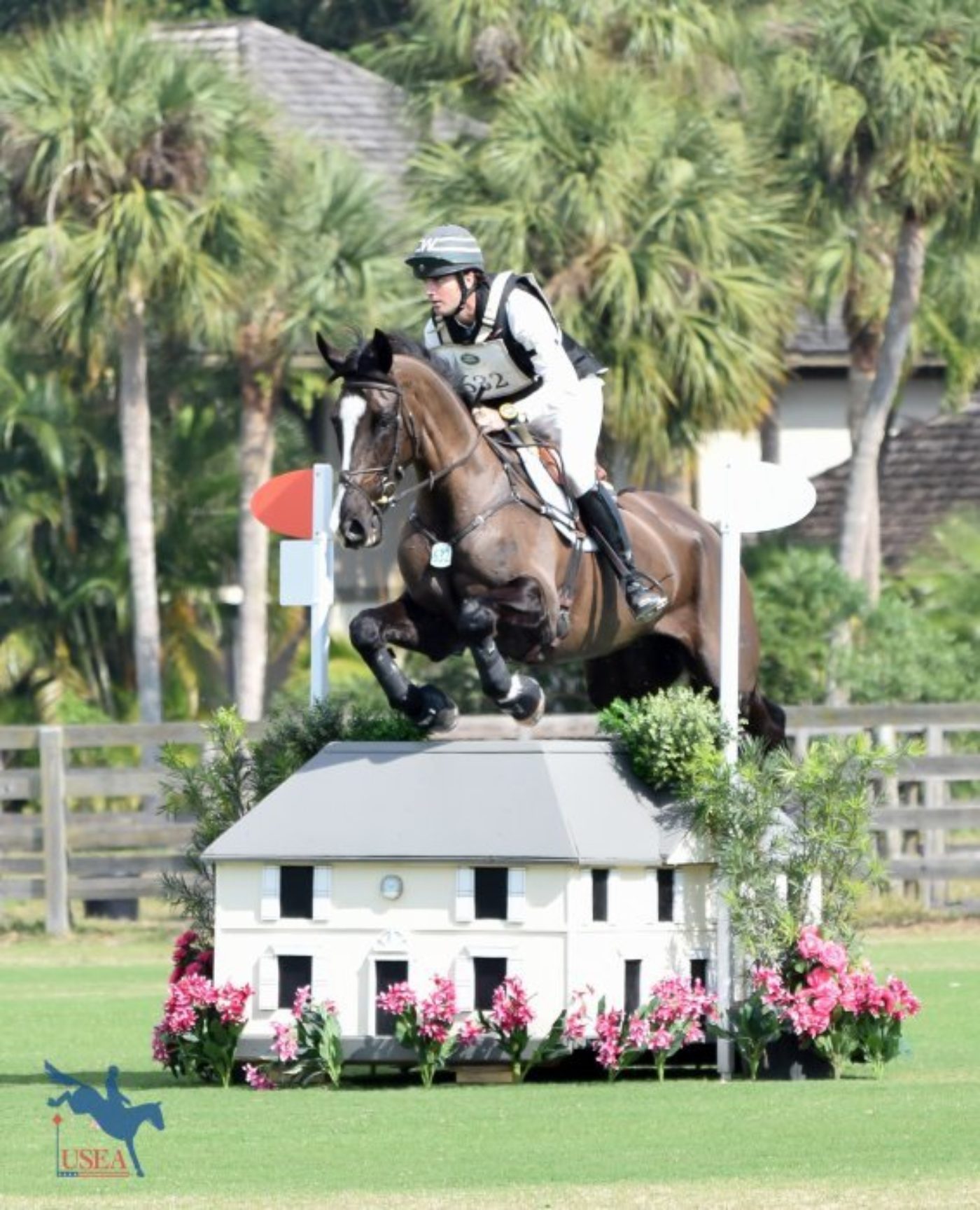 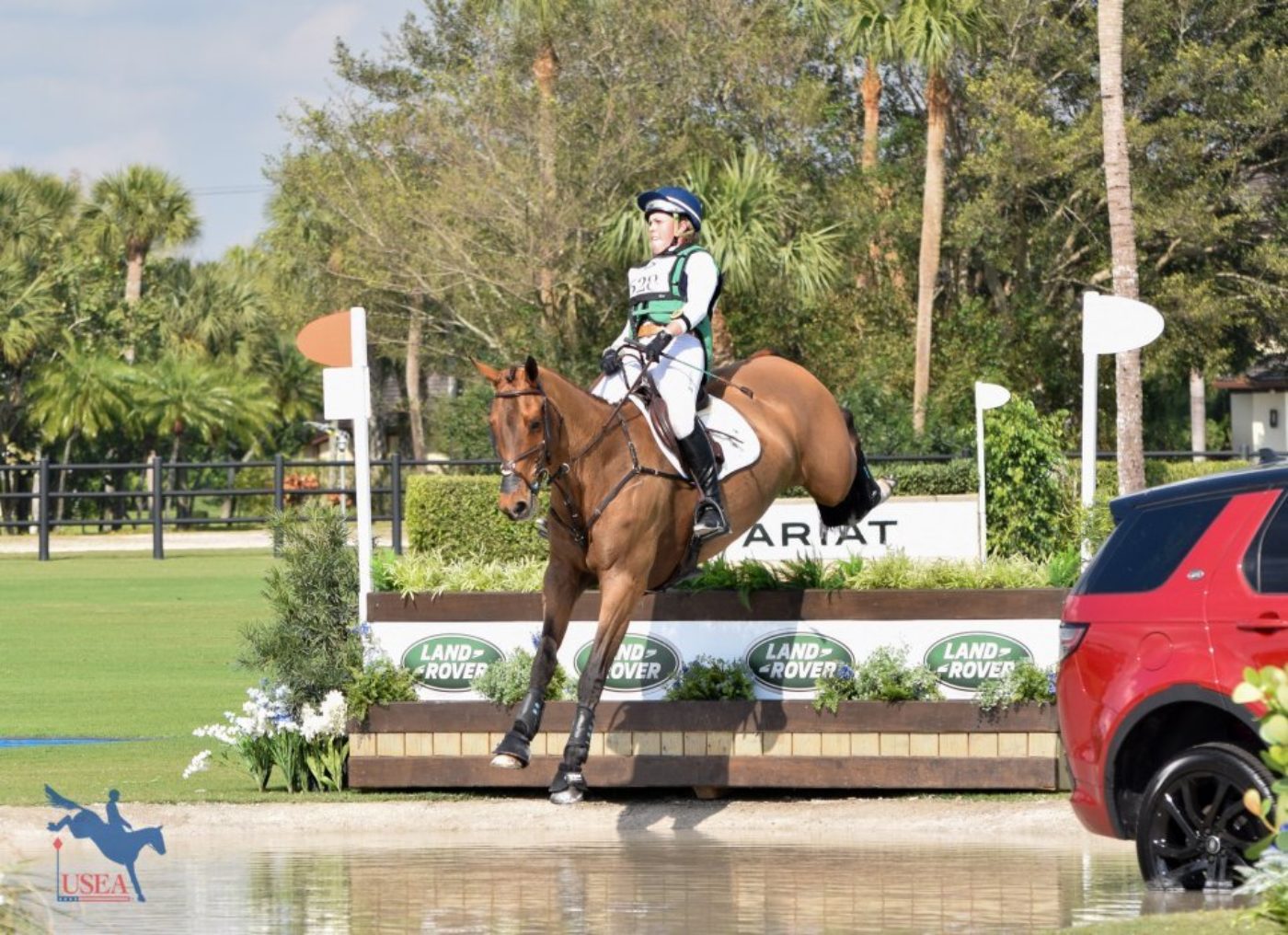 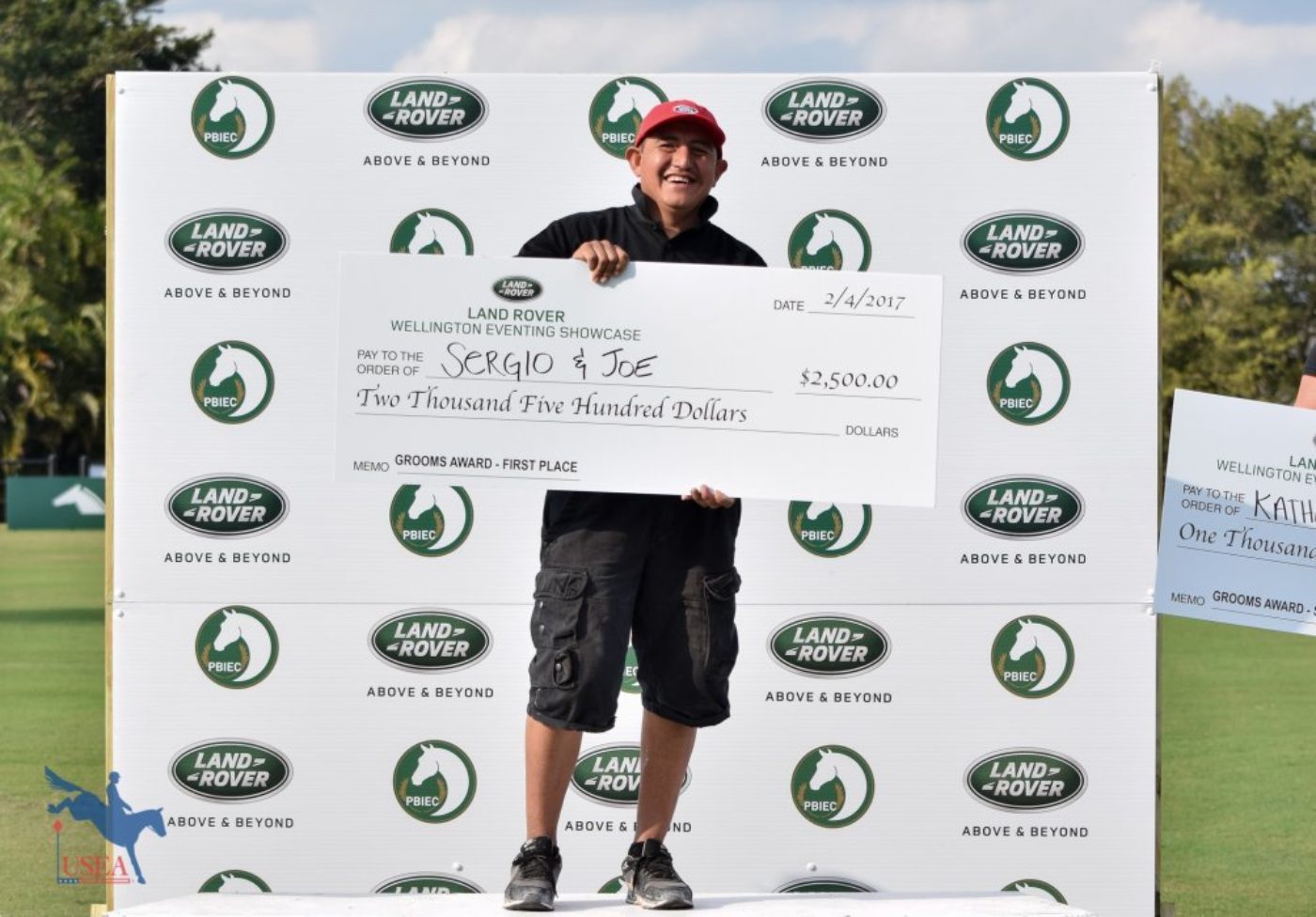 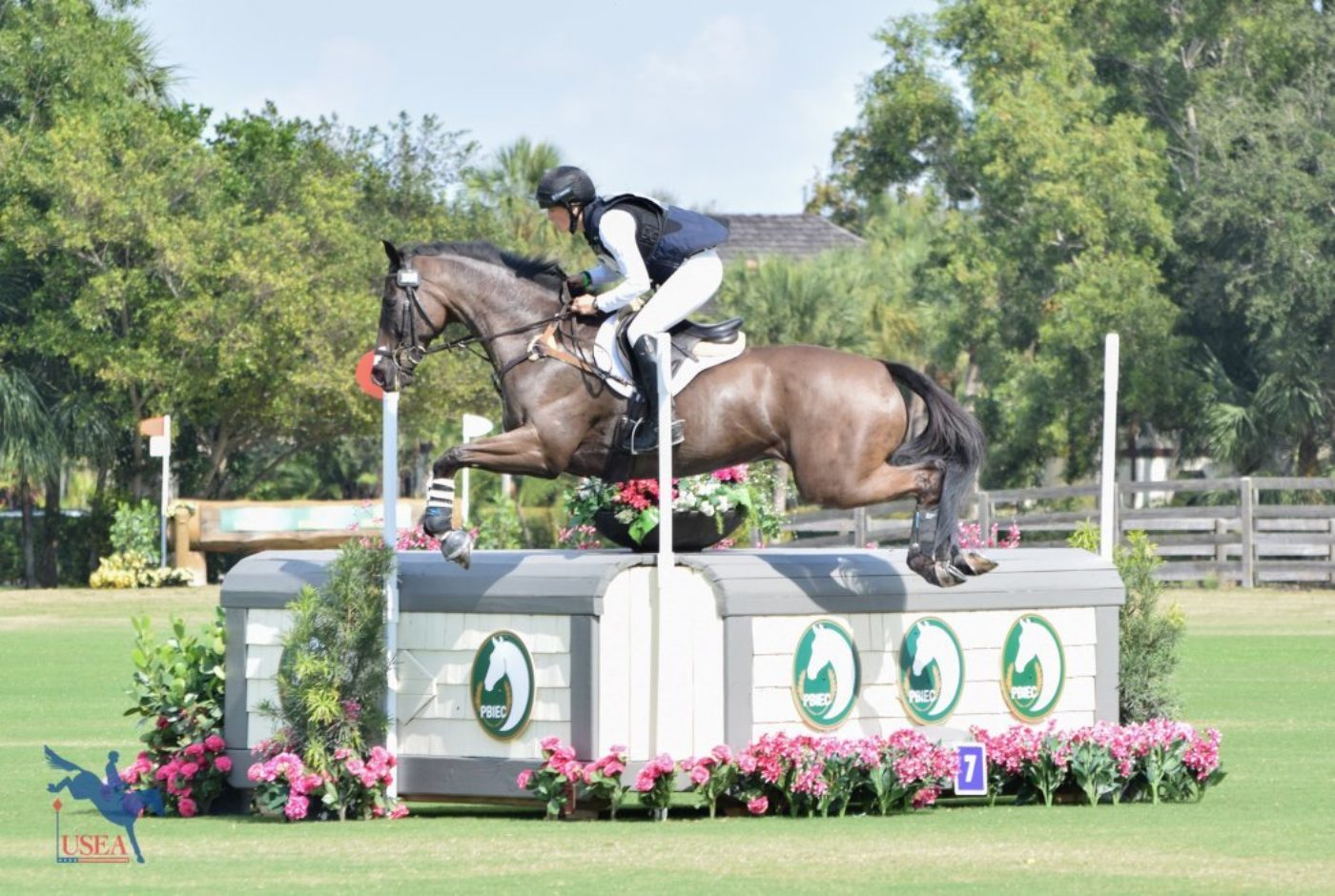 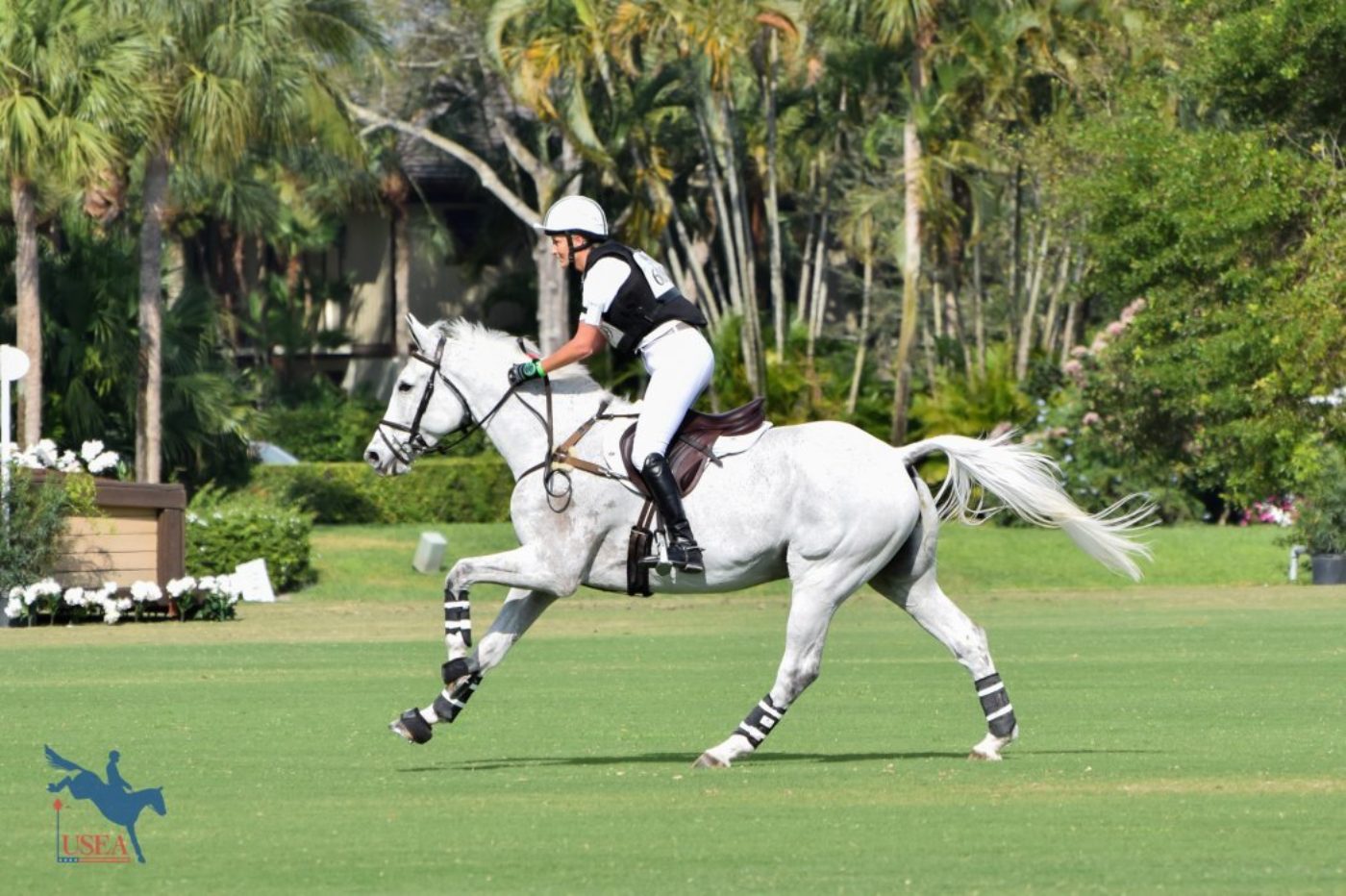 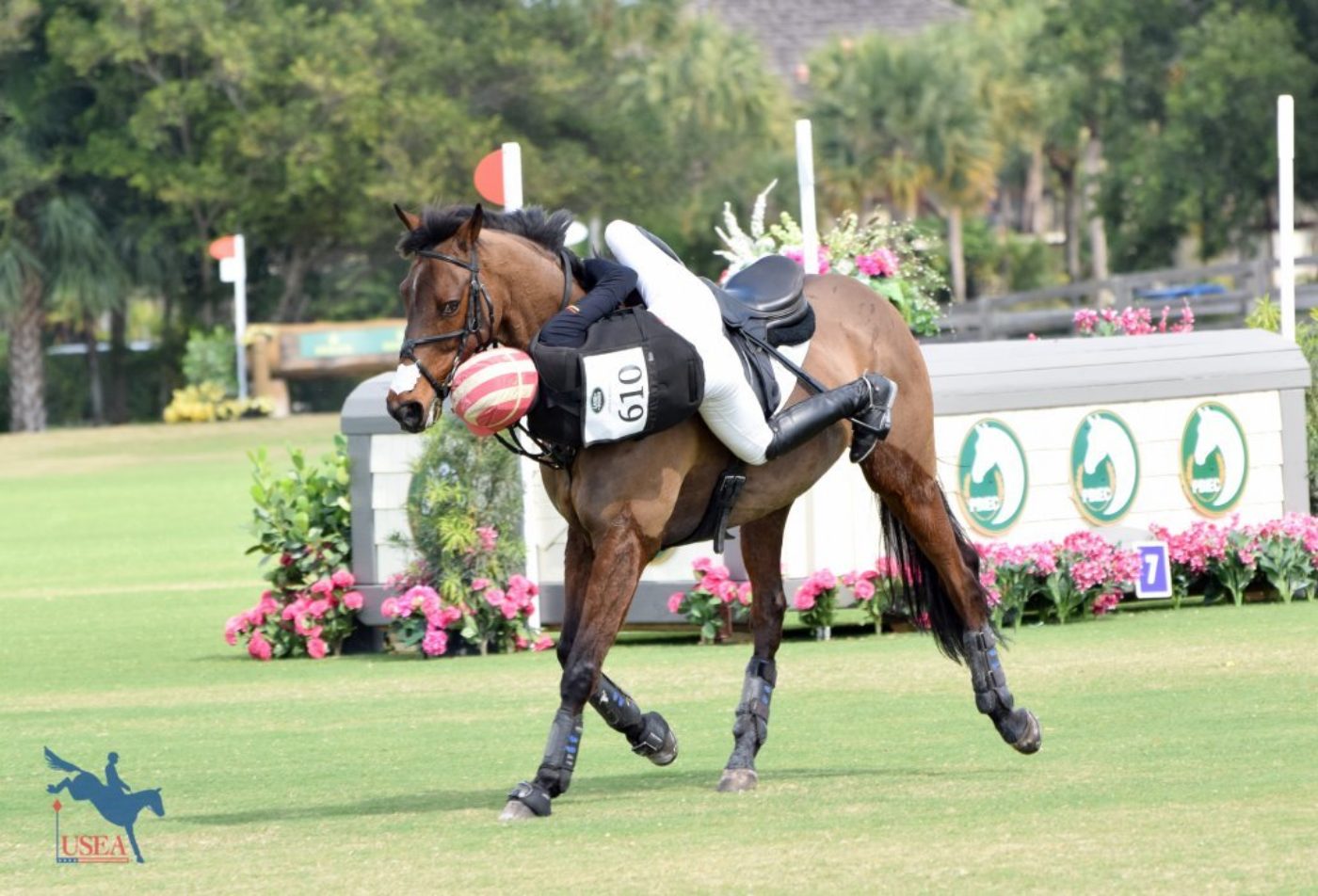 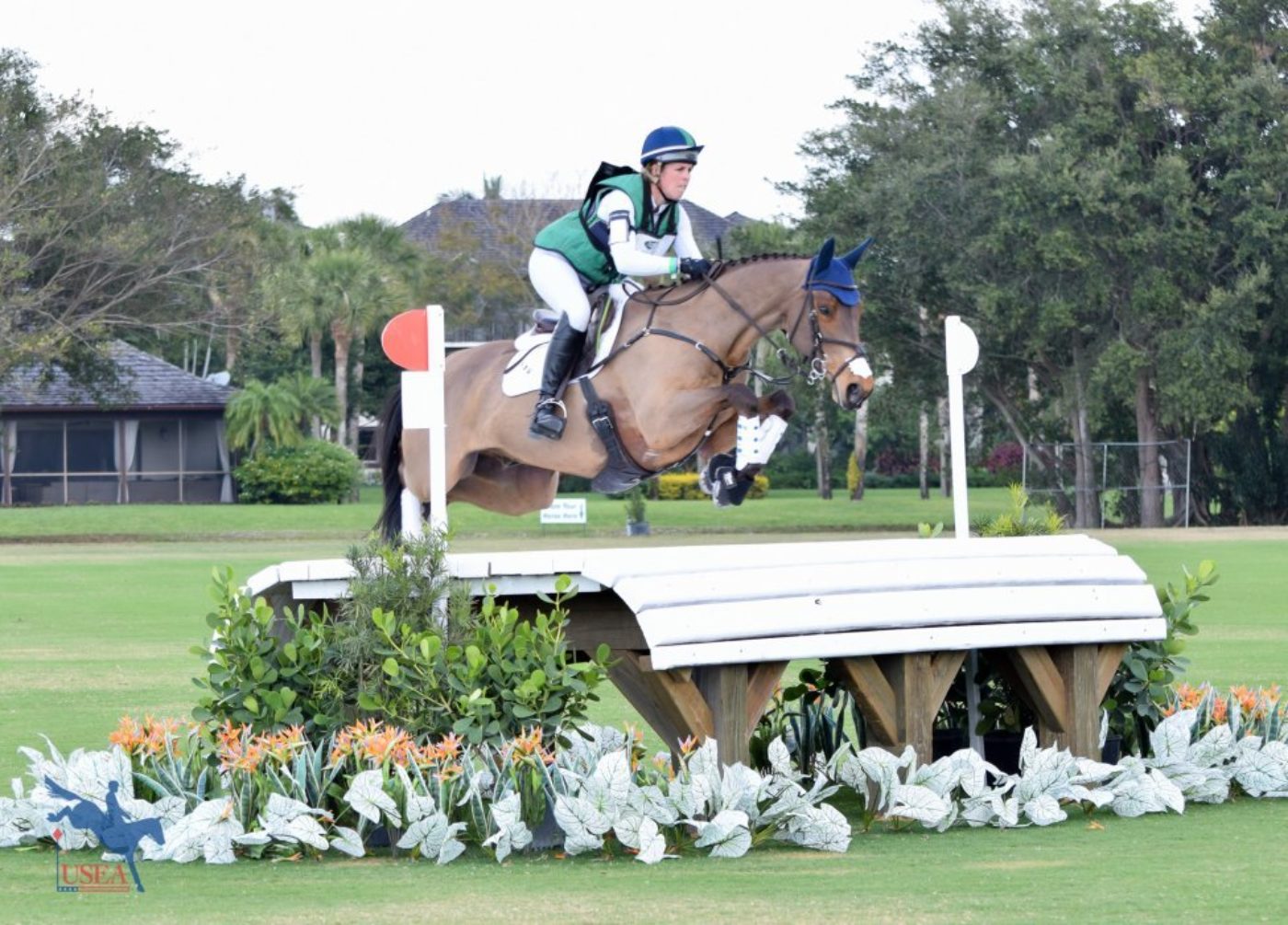