Boyd Martin Back on Top of 2018 Luhmühlen CCI4*

Boyd Martin (USA) and Shamwari 4 (27.40) really delivered today on Mike Etherington-Smith's cross-country track in the 2018 Luhmühlen CCI4*. A clear round inside the optimum time moved them back to the top in front of Jonelle Price (NZL) and Faerie Dianimo (28.30) and Laura Collett (GBR) on Mr Bass (29.90).

Boyd Martin took back the lead after a phenomenal round in today’s four-star cross-country. “It was a fantastic course and my horse gave me the most amazing round today! To me, Shamwari is the best horse in the world and coming to Luhmühlen proved to be the right decision. I wanted to come here because I knew the footing and the course would really suit him.” Martin and the The Shamwari 4 Syndicate's 16-year-old Hanoverian (Star Regent xx x Donnice) gelding have not competed at this venue since 2014 where they finished in third. They sit poised to improve on that result this weekend.

Jonelle Price, who was just three seconds over the time limit, climbed from sixth after dressage up into second place. “Cross-country is simply her thing. The mare absolutely loves it! She does tend to get a little strong but she was amazing today.”

British rider Laura Collett, who rode four-star first-timer Mr Bass, was ecstatic with his performance today. “My horse was out of this world today. He gave me the best round ever and I am so proud! The course rode superbly and I could not be happier.” Their super fast round moved them up from 18th after dressage into third place headed into the final phase of competition tomorrow.

Of the 46 pairs that set out on course today, just four went clean and inside the time. Ten combinations elected to retire on course and five pairs were eliminated.

It is with great sadness and regret that we announce that Chloe Raty (BEL) and Axel Z, an 11-year old gelding had a fall at fence 18b, an upright, while competing in the CCI4* at Luhmühlen on June 16, 2018. The horse received immediate veterinary attention and was transported to the veterinary clinic. Unfortunately, spinal injuries were diagnosed and Axel Z sadly could not be saved. Raty was taken to the hospital for thorough examination, which revealed no injuries.

Julia Krajewski Still in the Lead

Julia Krajewski (GER) and Samurai du Thot held onto the lead after their flawless cross-country round in the three-star, staying on their dressage score of 19.90. In second is Ingrid Klimke (GER) and SAP Hale Bob OLD (21.90) followed by Pietro Roman (ITA) with Barraduff (26.10) in third.

To stay within the optimum time in the three-star course proved to be tricky but not impossible. Only three riders managed to stay without time faults: Julia Krajewski (GER), Ingrid Klimke (GER) and Niklas Lindback (SWE). Krajewski and “Sam” definitely delivered the round of the day. “We had so much fun out there today. Sam was amazing. He is a very quick and efficient horse, who doesn’t lose time anywhere. He seems to thrive on technical challenges and I feel a little bad for doubting he might not be able to make the time. The course rode really well. It was perfectly prepared and Sam just got better and better. As he is a very strong show jumper, I am excited for tomorrow!”

Klimke was equally happy with SAP Hale Bob OLD. “Bobby travelled round the course as if pulled by a string. We had so much fun from beginning to end. The conditions could not have been better and the spectators really carried us 'round.”

Roman, who is competing at Luhmühlen for the first time, reiterated how well everything is prepared and organised. “Barraduff is a strong cross-country horse and we had a super round today. I feel honoured to be up there with Ingrid and Julia – it is quite something! I have had my horse for nine years now and we are constantly improving, however, show jumping is not our strong point, so we will see how it goes tomorrow.”

Mike Etherington-Smith summed up the cross-country day by saying that he is pleased to have seen so many strong rounds in both classes today. However, the accident in the four-star is terrible and extremely sad and he would like to express his condolences to Chloe Raty and her team. The many riders he spoke to commented on how much their horses grew in confidence along the way and how well the tracks were prepared by the team. “I am getting used to the venue now, I am settling into it, and I am looking forward to next year.”

It has been a very long cross-country day today and event director Julia Otto explained how she spoke to Raty just before the end of the day. “Chloe is inconsolable for losing her partner Axel Z, but I ensured her that we would do anything to help her cope with her loss. We are here for her if she needs someone to talk to.” She continued by saying how proud she feels to be working with such a fantastic team. Everybody is doing their best to ensure horses and riders, team members and spectators are looked after the best they can be. The cross-country team has worked tirelessly to ensure the ground and jumps were in perfect condition for the competitors. Last but not least, Otto wanted to congratulate horses and riders for performing superbly throughout the day. 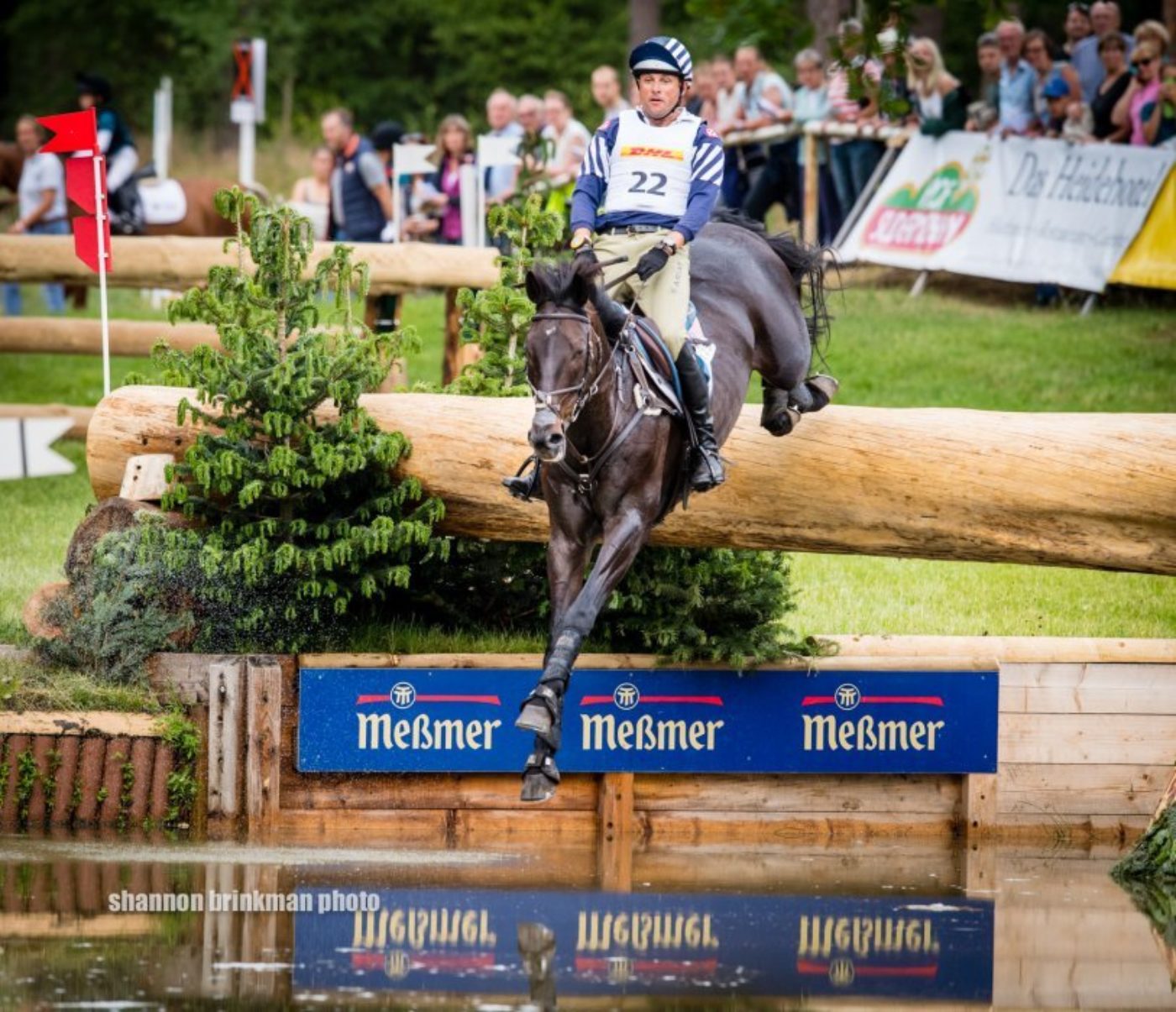 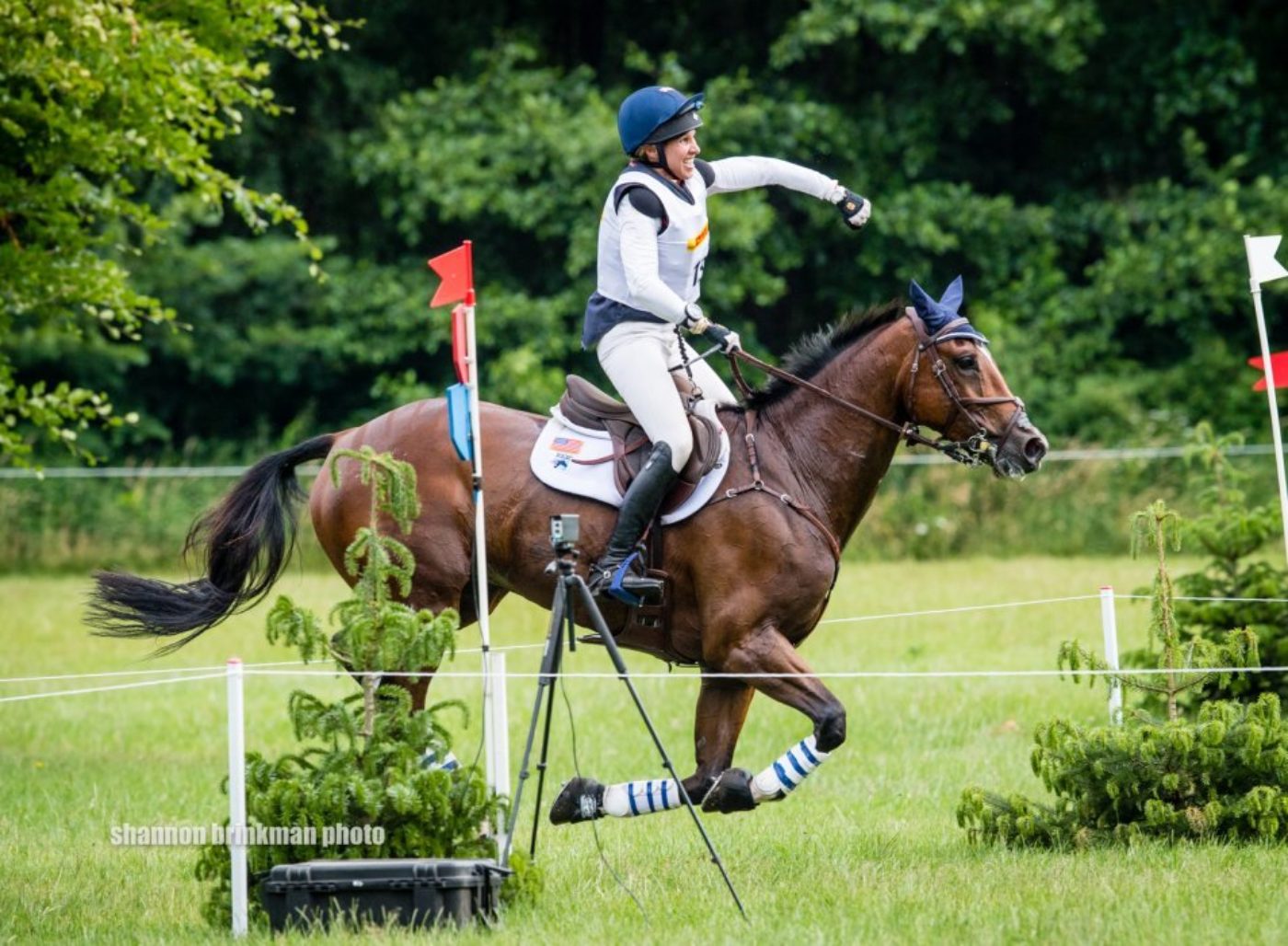 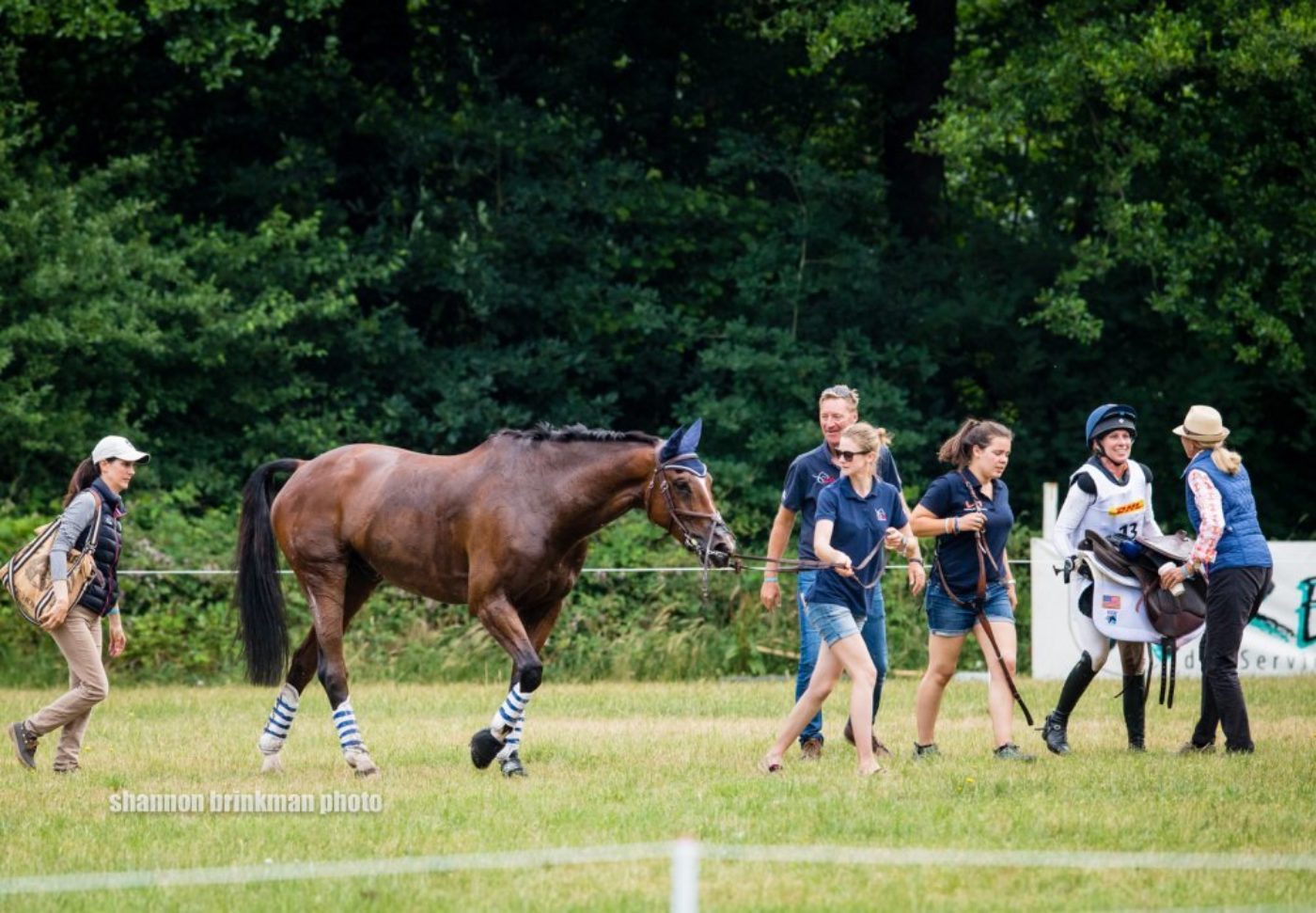 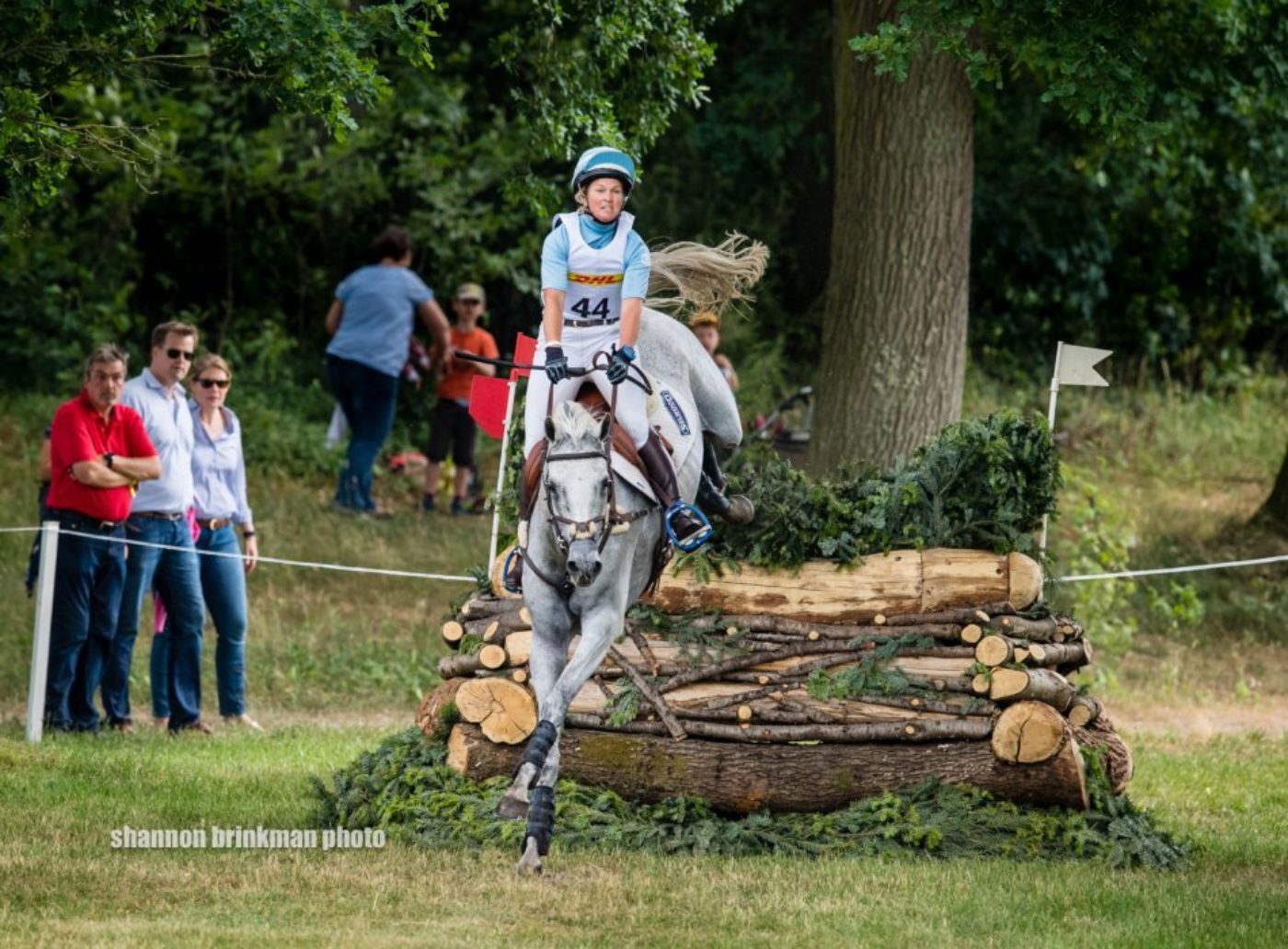 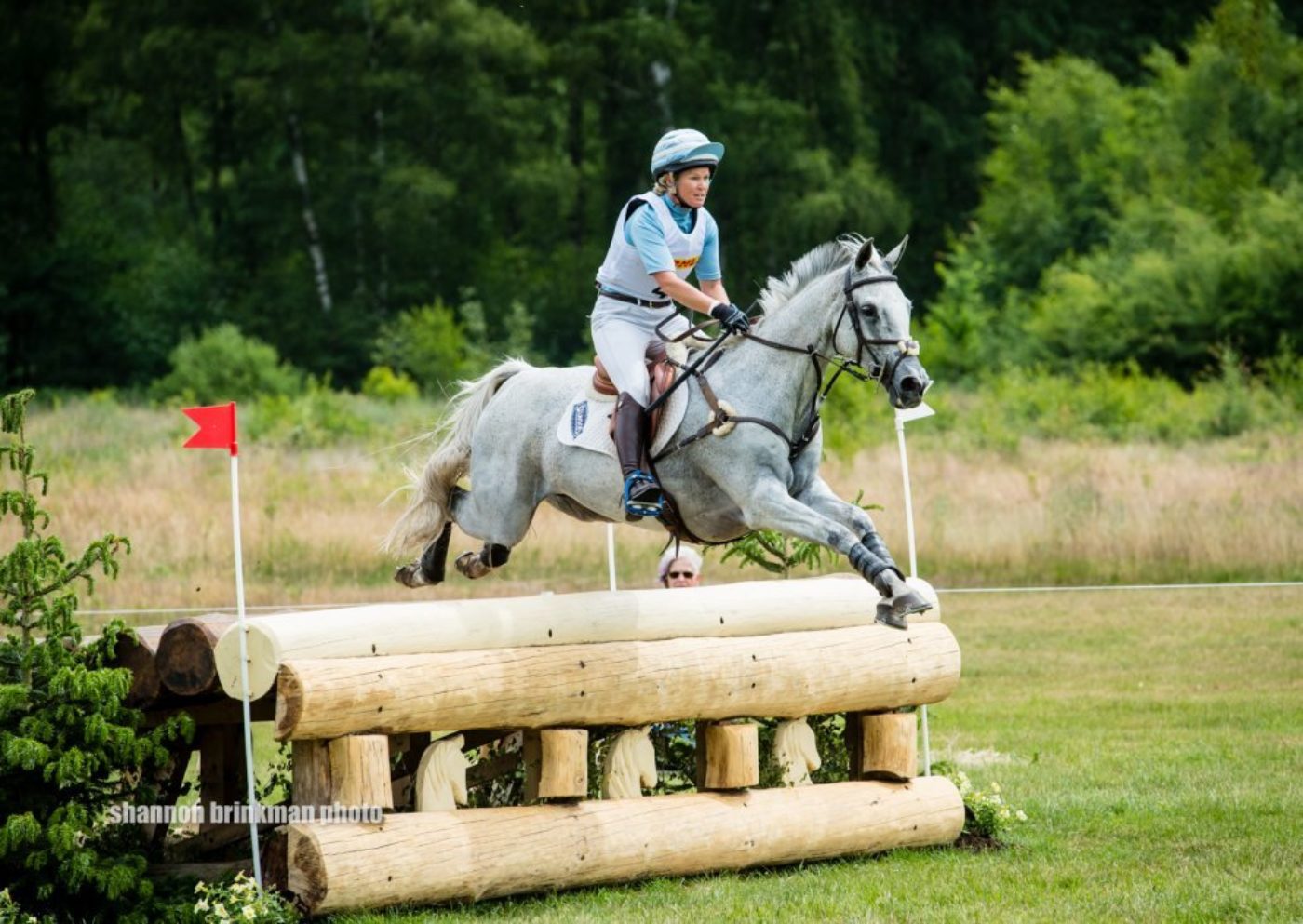 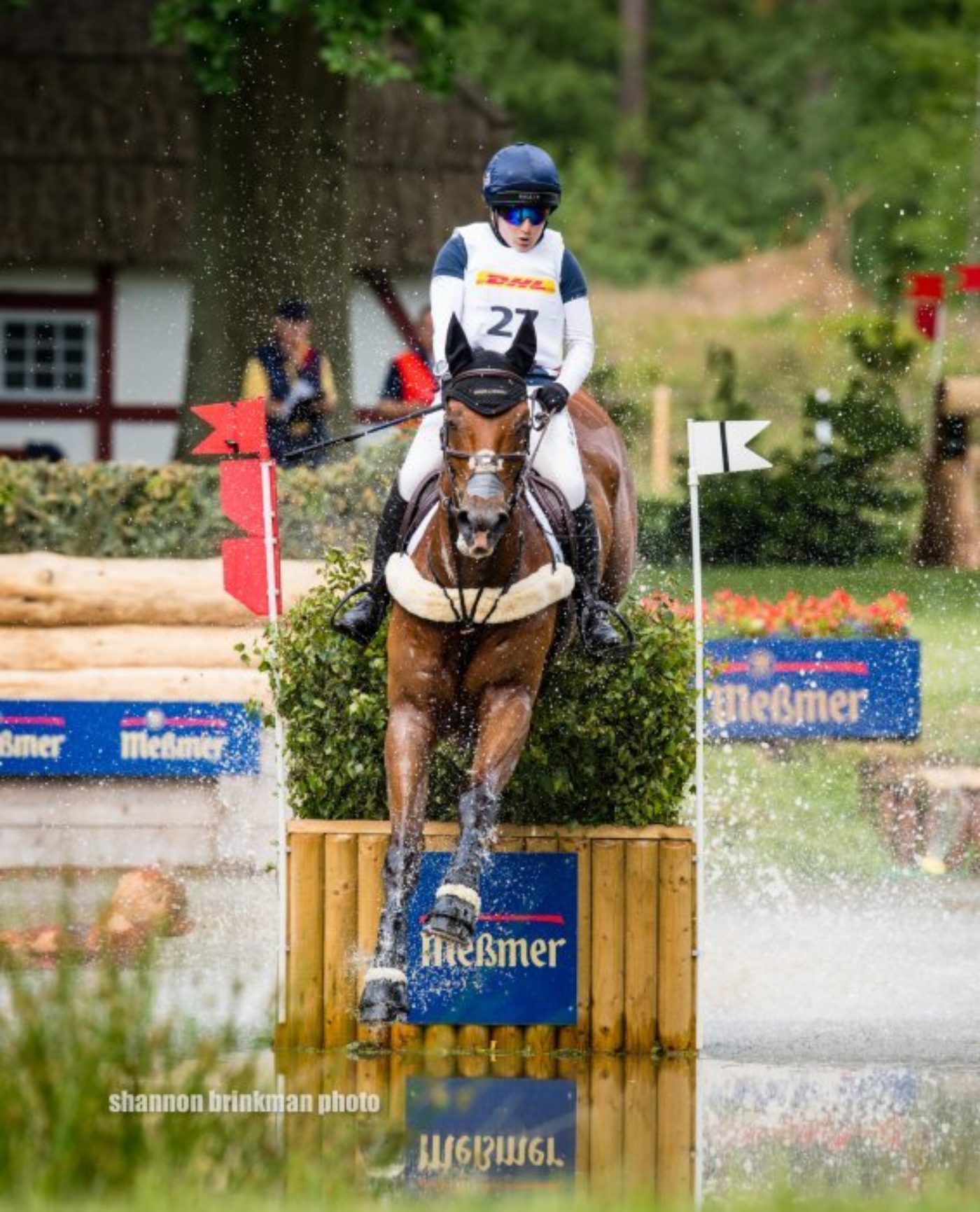 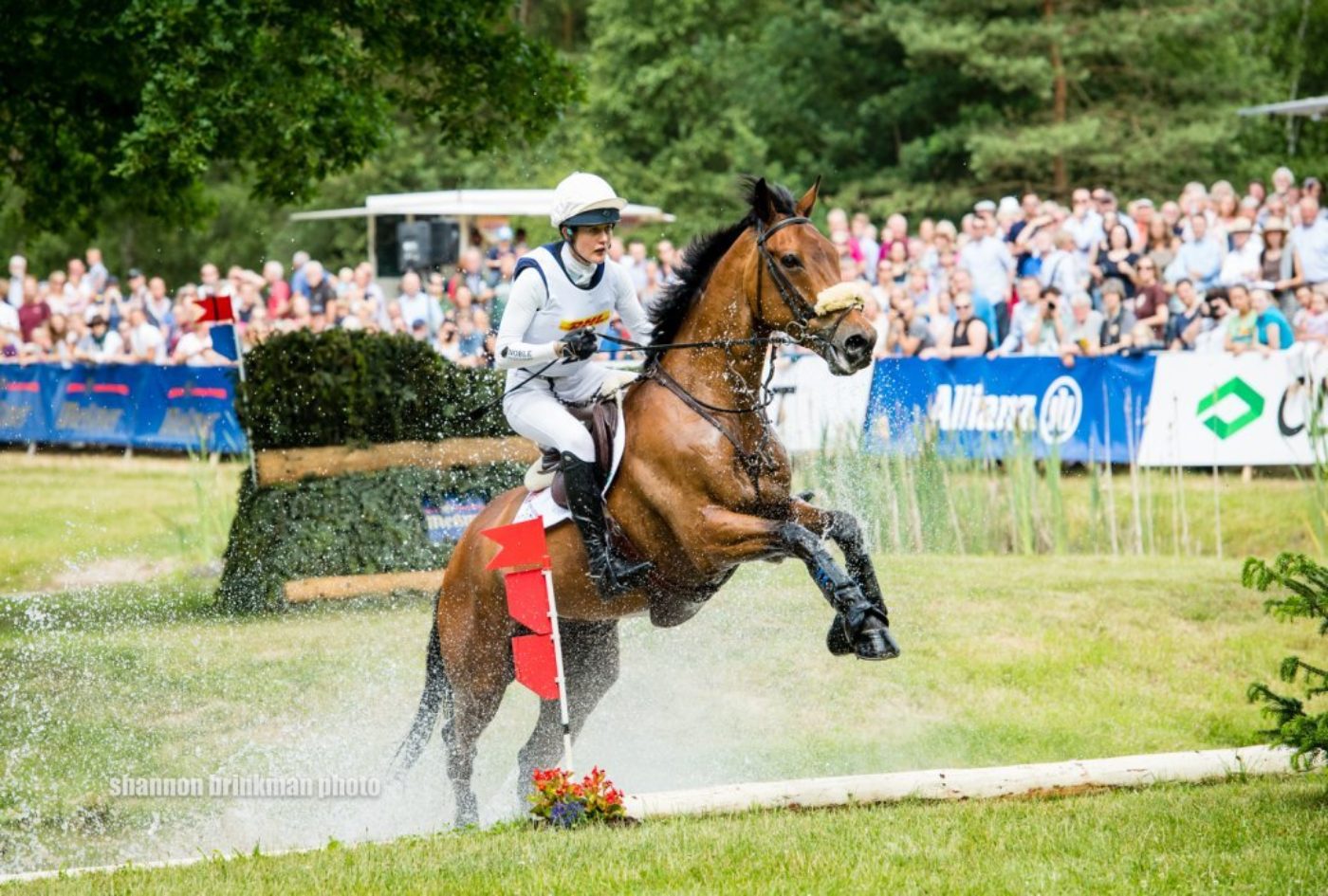 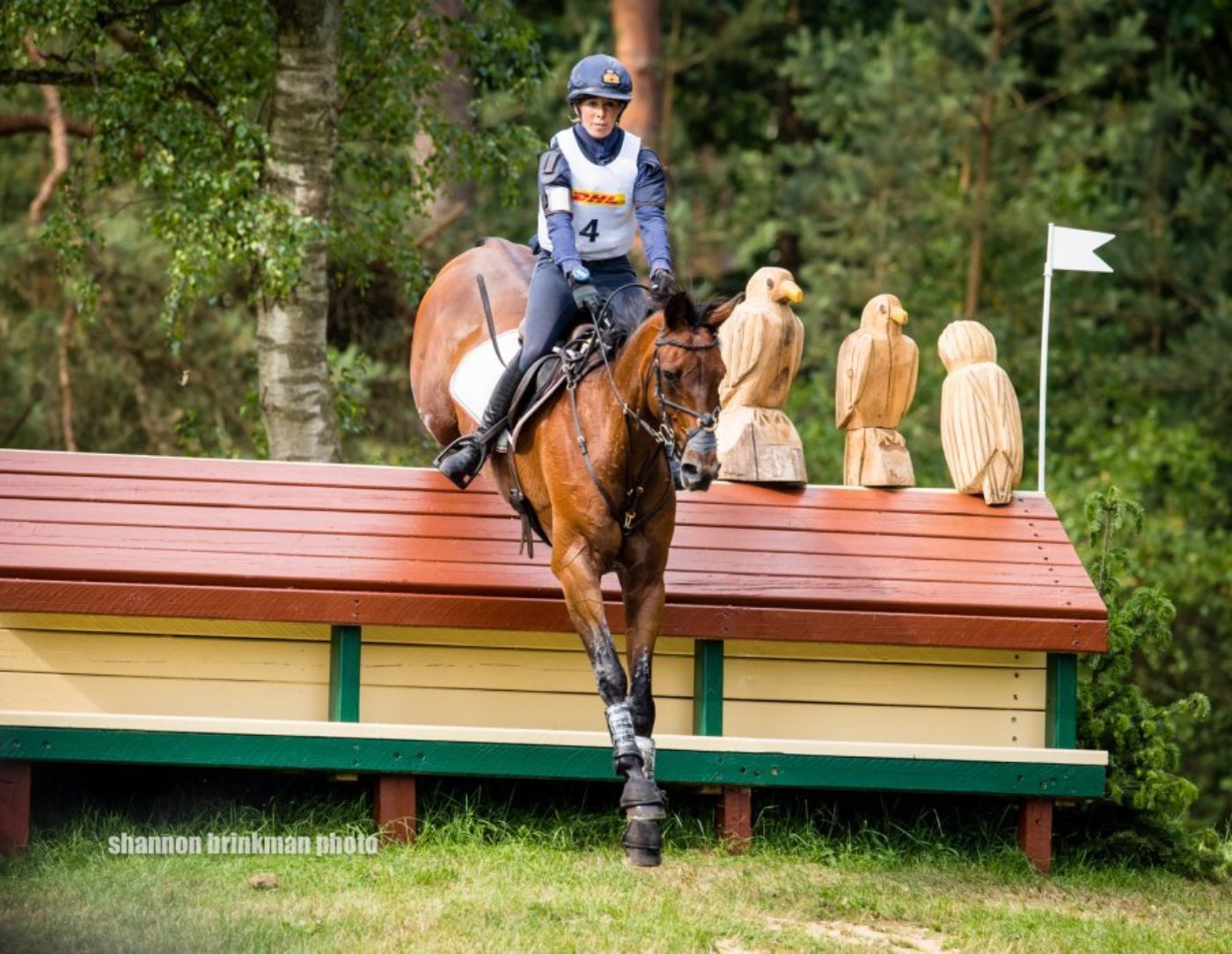 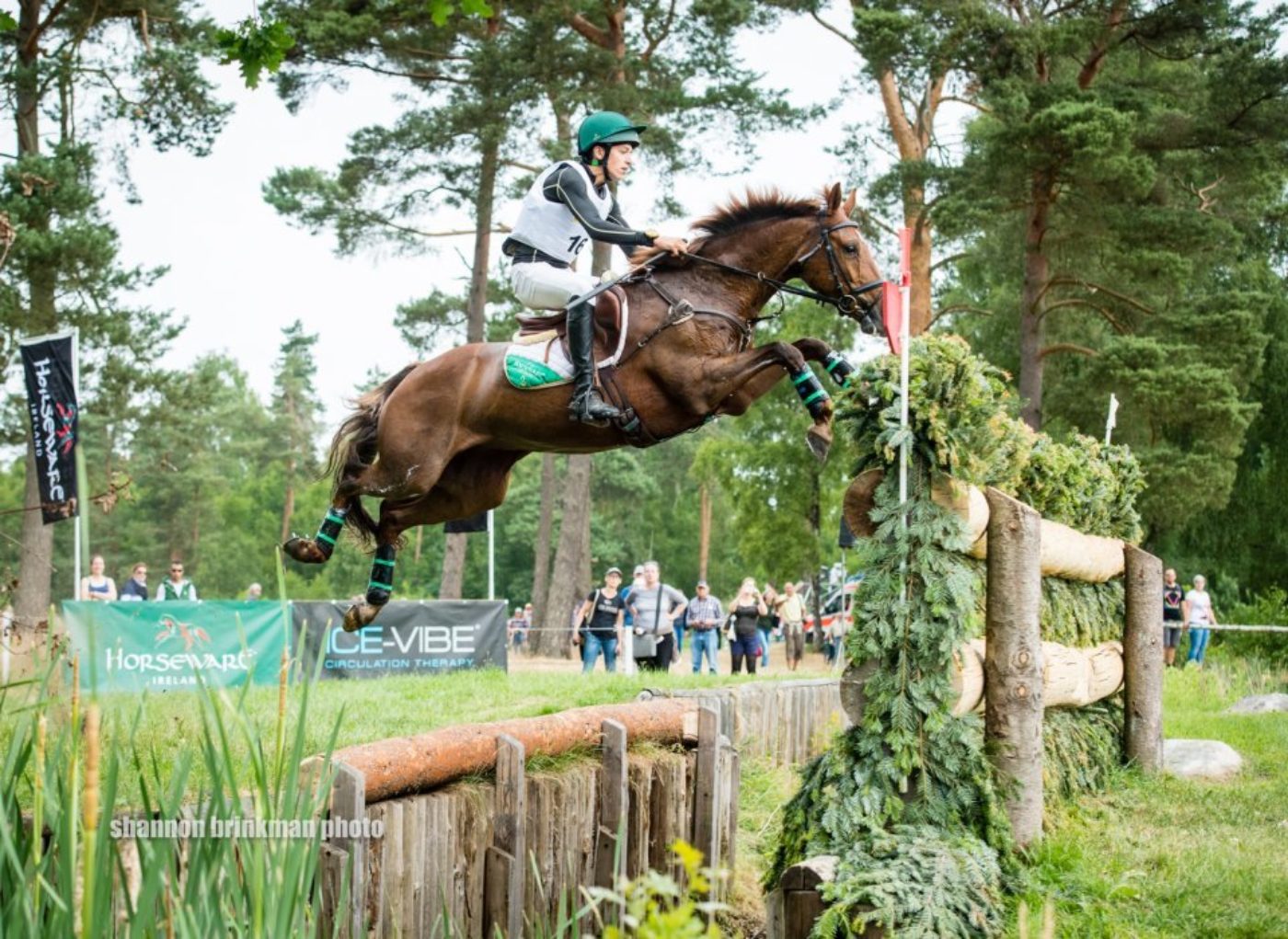 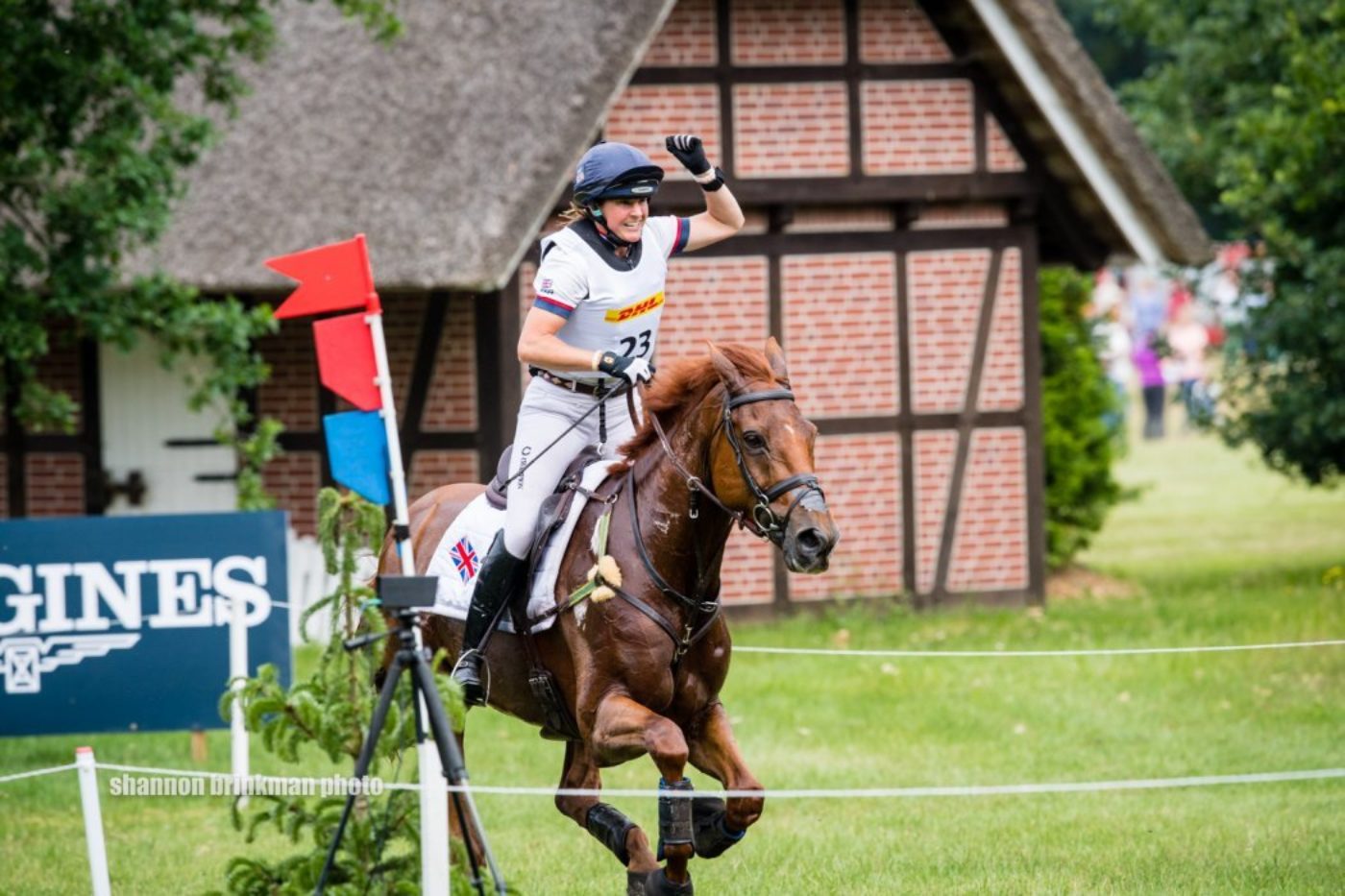 We’re nearly there! Olympic mania has taken over the world, and we’re in the final countdown to the Olympic eventing competition in Tokyo, which starts with the first horse inspection on Thursday. Our USA riders are raring to go, but let’s remind ourselves of the history that precedes them. Just how well has the US team done in past Olympics?

After Germany’s Michael Jung won the second of his two consecutive Individual Olympic Equestrian Eventing titles at the Rio 2016 Olympic Games, he was asked what he had next in his sights. “Tokyo 2020, of course, and the Europeans and maybe the world title along the way!" he replied.