Best friends, business partners, supporters and coaches – Tamra Smith and Heather Morris wear many hats together including topping the three-star divisions at The Event at Rebecca Farm following dressage day today. Both Smith and Morris were the only three-star riders to earn scores in the 40s from the Ground Jury of Christian Landolt, Robert Stevenson and Helen Brettell.

While the two are in different divisions this weekend, that often isn’t the case and the fiercely competitive duo don’t mind going head-to-head. “I feel like I’m competing against myself,” explained Smith. “I don’t feel like I’m competing against Heather – the best one wins that day. If I don’t win, I want her to win and vice versa. There’s no rivalry at all. It’s very cohesive.”

“I was thrilled with Rory,” Smith said. "It’s not too often that I halt and feel really happy, and I just dropped the reins and hugged her because she was super rideable and wonderful the whole test. There’s certainly still some things we have to work on, but she’s been so fun. We have a great partnership. I’ve had her since she was 3-and-a-half, so it’s so fun to see how far she’s come and how strong she is.”

“He [Charlie Tango] was a little sassy, as usual, today,” explained Morris. “He was good today, but my warm up routine was a bit off, so I went into the arena a bit flustered and he got a bit tense. I didn’t think my test was very good, but when I came out and Tamie told me it looked nice, I was happy, and I was even happier that the judges loved him today. We have a lot of work to do tomorrow.”

“We’re best friends, and it’s awesome” said Morris of Smith. “I come help her, and she helps me – what more could you ask for?” Together, they have about 13 students at Rebecca Farm that they’re coaching this week, which to them, is a light freight. “In past years, we’ve had nearly 30 students at events, but we’re trying to refocus and take more time to concentrate on our riding, and at the same time, give our smaller group of students the care and time they deserve,” said Smith. 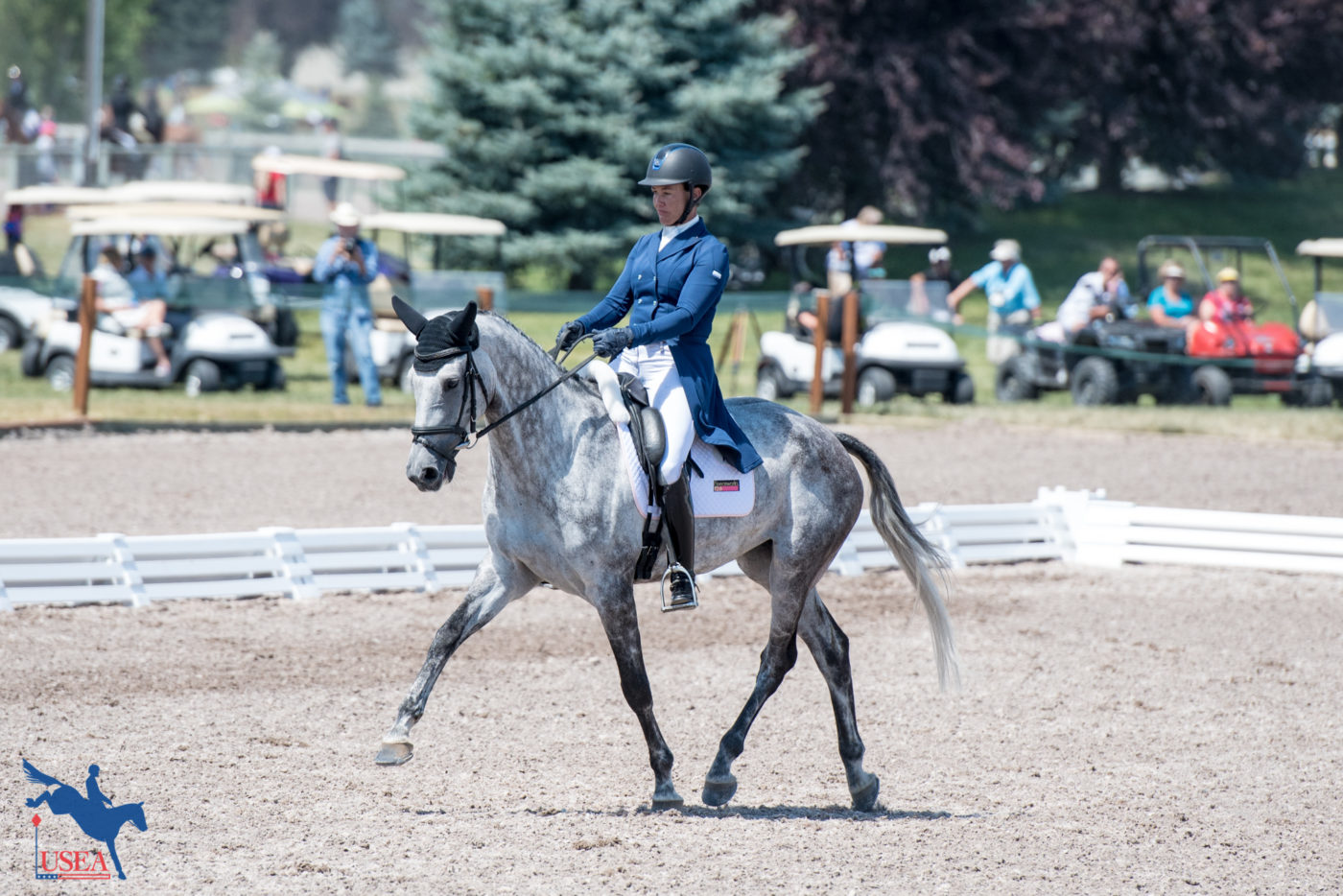 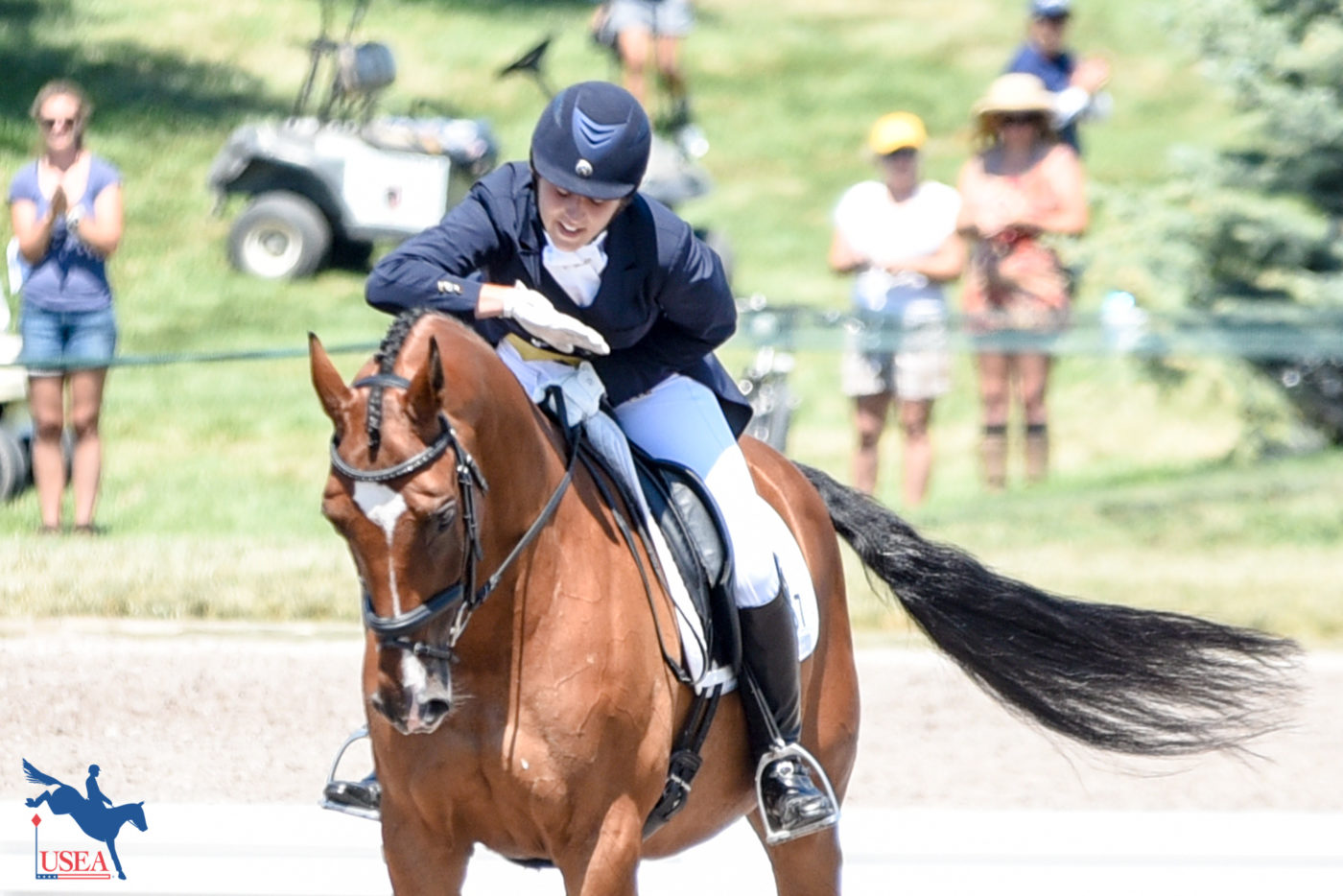 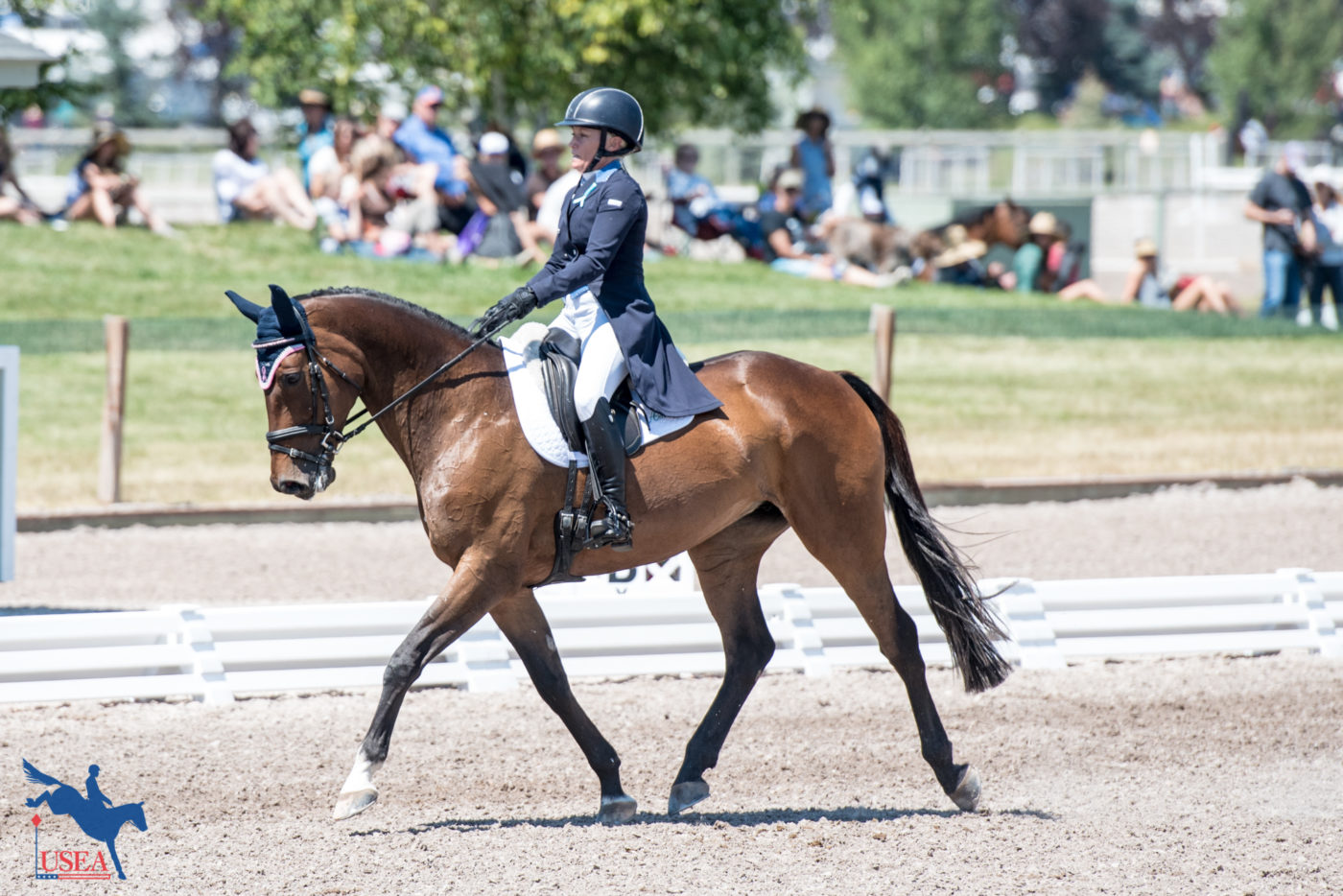 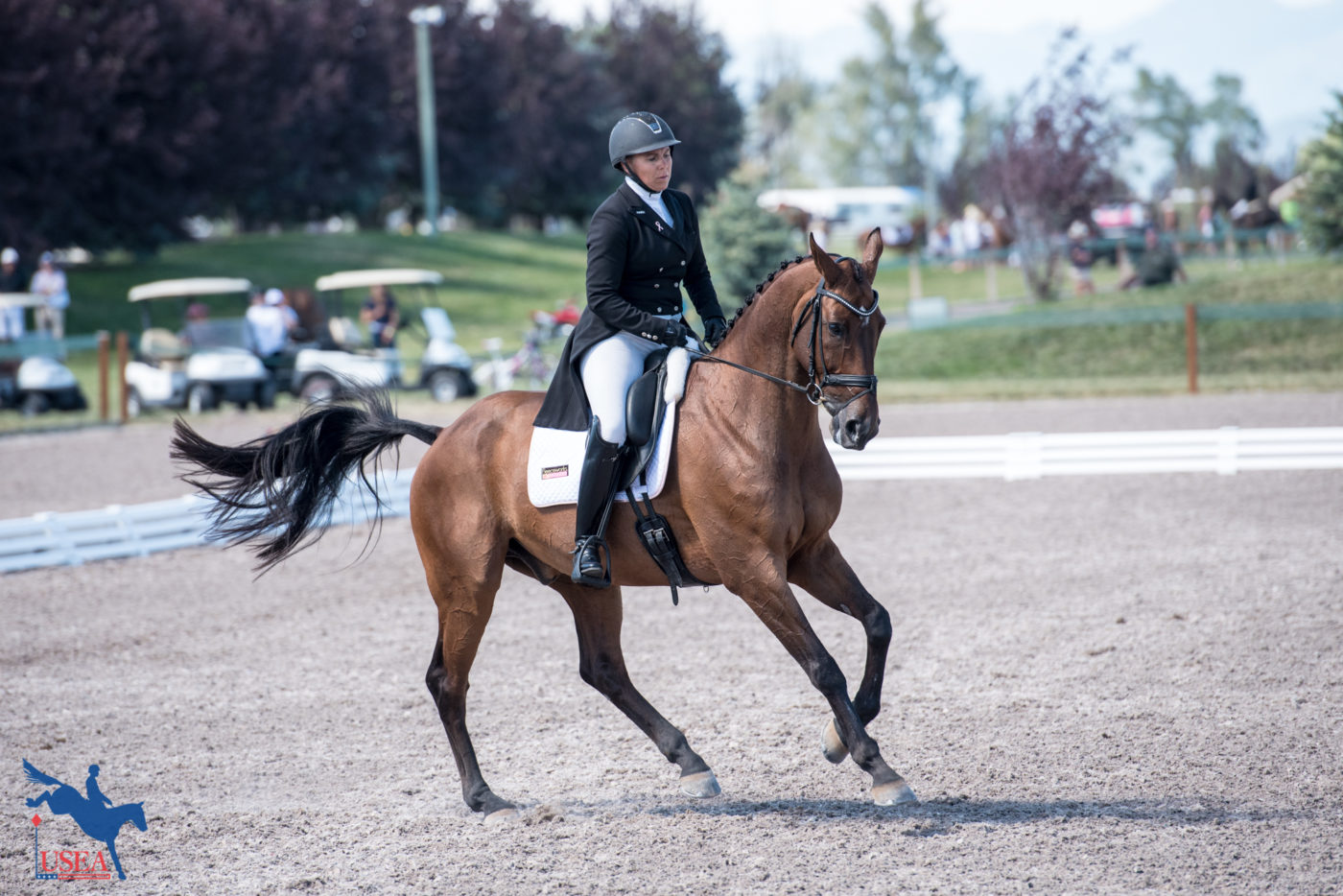 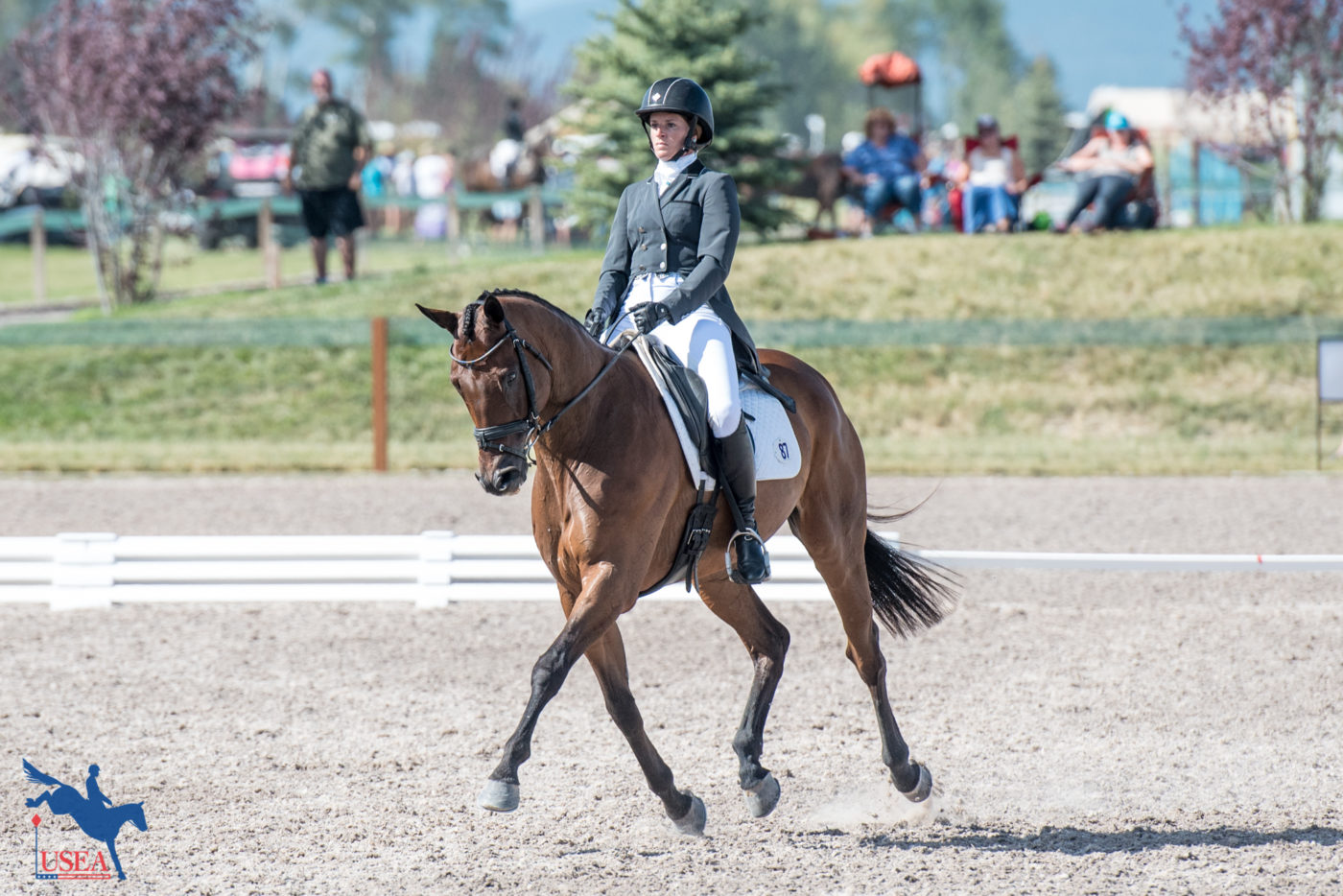 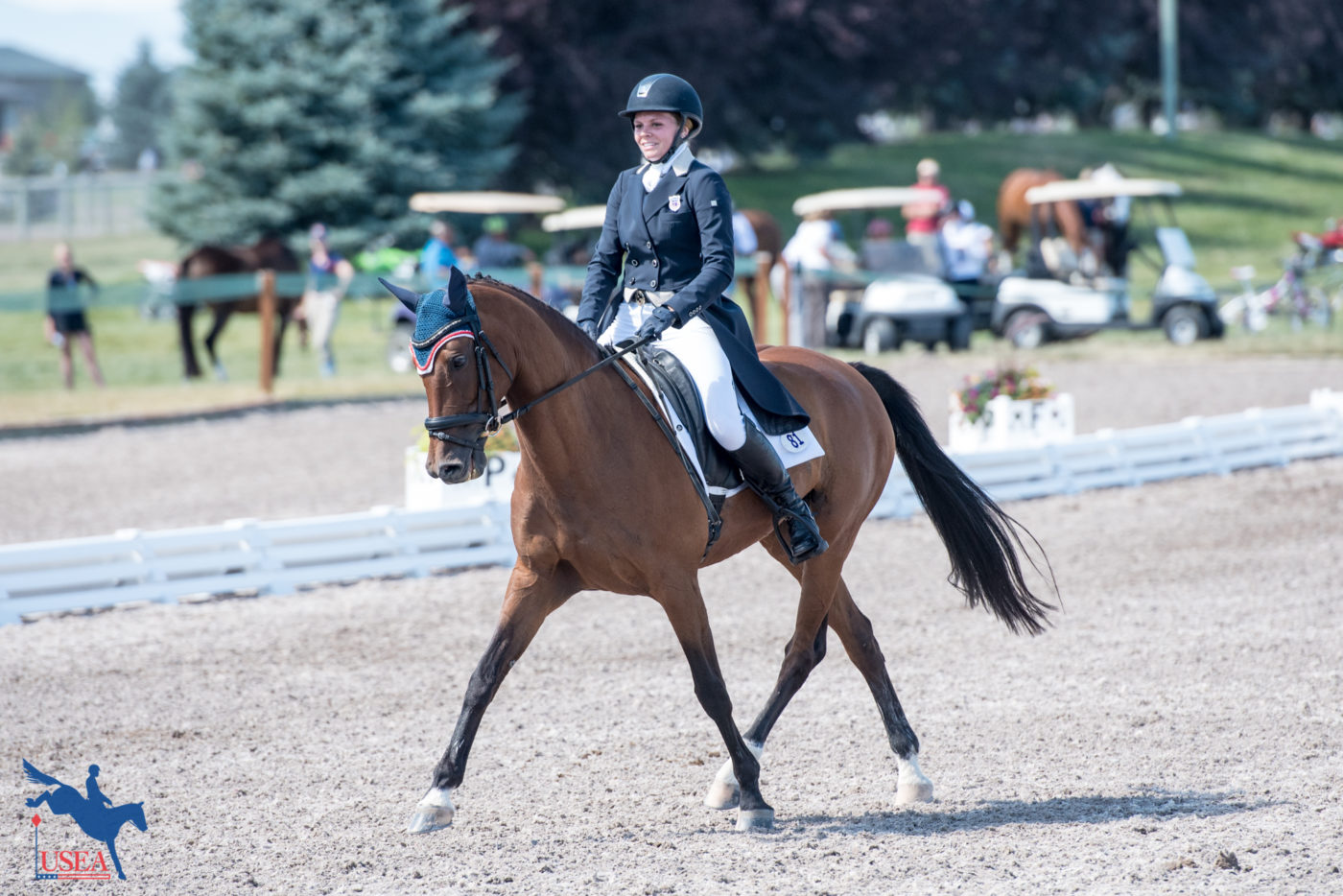