The second day of competition at the Jersey Fresh International Three-Day Event in Allentown, New Jersey featured dressage for the CCI3*-L and CCI4*-L divisions. Running concurrently in the Grand Prix Arena at the Horse Park of New Jersey, the 17 horses in the CCI3*-L and 18 horses in the CCI4*-L strutted their stuff in the sandbox in front of their respective judges. The CCI4*-L division also serves as one of the qualifying events for the $60,000 Adequan USEA Advanced Final that will take place at the USEA American Eventing Championships in August.

Emily Beshear and Olney Uncle Sam (Sonset Seiger x Aerial), Jennifer Ward’s 11-year-old Trakehner gelding, bested the other competitors in the CCI4*-L with a score of 32.9 in the dressage phase to sit in first place going into cross-country tomorrow. Beshear admitted that, while she left points on the table, she was pleased with “Sam’s” performance today.

“He tends to be a little bit of a lazy horse, so I’ve been working on different routines for the warm-up on dressage day,” she shared. “I feel like I got him tuned up enough without him deciding it was too much effort! I think I’m getting close to getting the balance right – he went hand grazing this morning and a little lunge just to stretch out, and then I did a pretty short warm-up.”

“He went in the ring and I really felt like I had the right version of him to try and show off some of the movements. He didn’t put in a clean test – we still had a couple of mistakes . . . He can do all the pieces but I can’t always put it together as fluidly as I’d like. All in all, I was really happy with him.”

In second place sits Jacob Fletcher and Fletcher Farms’ Van Gough (Wivollet Vanbeek x Woodlands Flight), an 11-year-old Irish Sport Horse gelding, on a score of 33.0, just 0.1 points behind Beshear and Sam. Fletcher said he was “chuffed” with Van Gough’s test, which is one of their best tests at the level.

“He’s getting dangerously close to doing a really, really good test,” Fletcher said happily. “He still got a bit uppity as I was going around the ring. This is only my third time here but I think every time I’ve been here, I think it’s because they can see a lot above them once you get up in that ring that they just get a bit looky. But he was super, he settled for a second and then he went in and did a really good test.”

“The only time that we really messed up was that he cantered through the left trot half-pass. He started quite good but it was a hair conservative – I had that voice in the back of my head saying, ‘Don’t push for more because he always canters this way,’ and I didn’t listen to it and pushed for a little more and he cantered through that. But otherwise, I thought he was really soft. He was moving beautifully.”

Allison Springer and Business Ben (Artie Schiller x Min Elreeh) round out the top three. Springer and The Business Ben Partnership’s 9-year-old Thoroughbred gelding laid down a 33.7 to nudge out fourth-placed Fylicia Barr and Galloway Sunrise (Duty Officer x Coco Chanel), her 11-year-old American Warmblood mare, who had held the lead for much of the day.

“He felt kind of full of it,” Springer commented of their dressage test. “He got lonely at the end so unfortunately his trot work wasn’t as fluid and nice as usual, but it still looked pretty good on video.”

“[We had a little] break in the first medium and he actually bucked in the last canter. I just laughed, I thought it was kind of funny because that horse isn’t trying to be naughty or resistant, he’s just exuberant. I was happy with him. He’s still just tyring to do the right thing – I’m proud of him.”

As the second-to-last ride of the day in the CCI3*-L, Lynn Symansky and RF Cool Play (Condors Champion x Roxana) snuck into the lead on a score of 27.3. Symansky and The Donner Syndicate’s 11-year-old German Sport Horse gelding are competing in the CCI3*-L this weekend with the intention of securing the necessary qualifier to be considered to represent the U.S. at the Pan American Games in Peru later this summer.

“He’s a very fancy horse – almost to an extreme sometimes – so I’ve really been working on trying to keep him taking me a bit more in the ring. He struggles with tension in a way that it makes him move a little too much sometimes. I was very happy with him. There were a lot of points left on the table for sure, like his halts weren’t very square and he just gets a little behind me sometimes in the ring – he’s a very sensitive horse but also kind of holds his breath sometimes in there. The last year or so we’ve been working on getting him to breathe and relax a bit more and show off his very fancy movement . . . I was very happy with him overall, he gets better and better every time out.”

“He got a little bit of a late start to the year this year. I just needed to get my Pan Am qualifier out of the way for him and since he got a little bit of a late start, he’s a horse that I like to have a lot of base fitness going into it and I didn’t think there was that much to be gained by running the same thing that he did last year. I’d rather just run the three long, [which] is a very very long horse trial, so just to get my Pan Am qualifier done and then I can keep ticking along with him for the spring/summer/fall rather than give him a bit of a break. Not that it wouldn’t be educational for him, it is good if you’re really going to go out and give it a go at a four- or a five-star you want to be doing something that’s adding to their education in the long run and develop them more as a horse.”

Robin Walker and SBT Barolo (Loughehoe Guy x Tentore Flight) secured the only other score in the 20’s today – a 29.5 – to take second place in the CCI3*-L. Walker and his own, Roger Schramm, and Alston Kerr’s 9-year-old Irish Sport Horse gelding have been partnered together since “Barry” was a 3-year-old after purchasing him from the Goresbridge Go for Gold Sale in Ireland. “He just keeps getting better and better and braver and braver,” said Walker. “I’ve had him from scratch. We’ve become quite good friends, I think, especially as he’s matured. He jumps well and he’s brave and he’s honest. I’m looking forward to tomorrow!”

Doug Payne and Starr Witness (Chello III x Carmen), his own, Laurie McRee, and Catherine Winter’s 8-year-old KWPN mare, are hot on Walker and Barry’s heels on a score of 30.1, sitting them in third place going into tomorrow’s cross-country. “She was as consistent and steady and mistake-free here as we’ve had,” Payne shared. “She’s starting to turn the corner and there’s still another two gears remaining, I think. It’s going to be very exciting moving forward.” 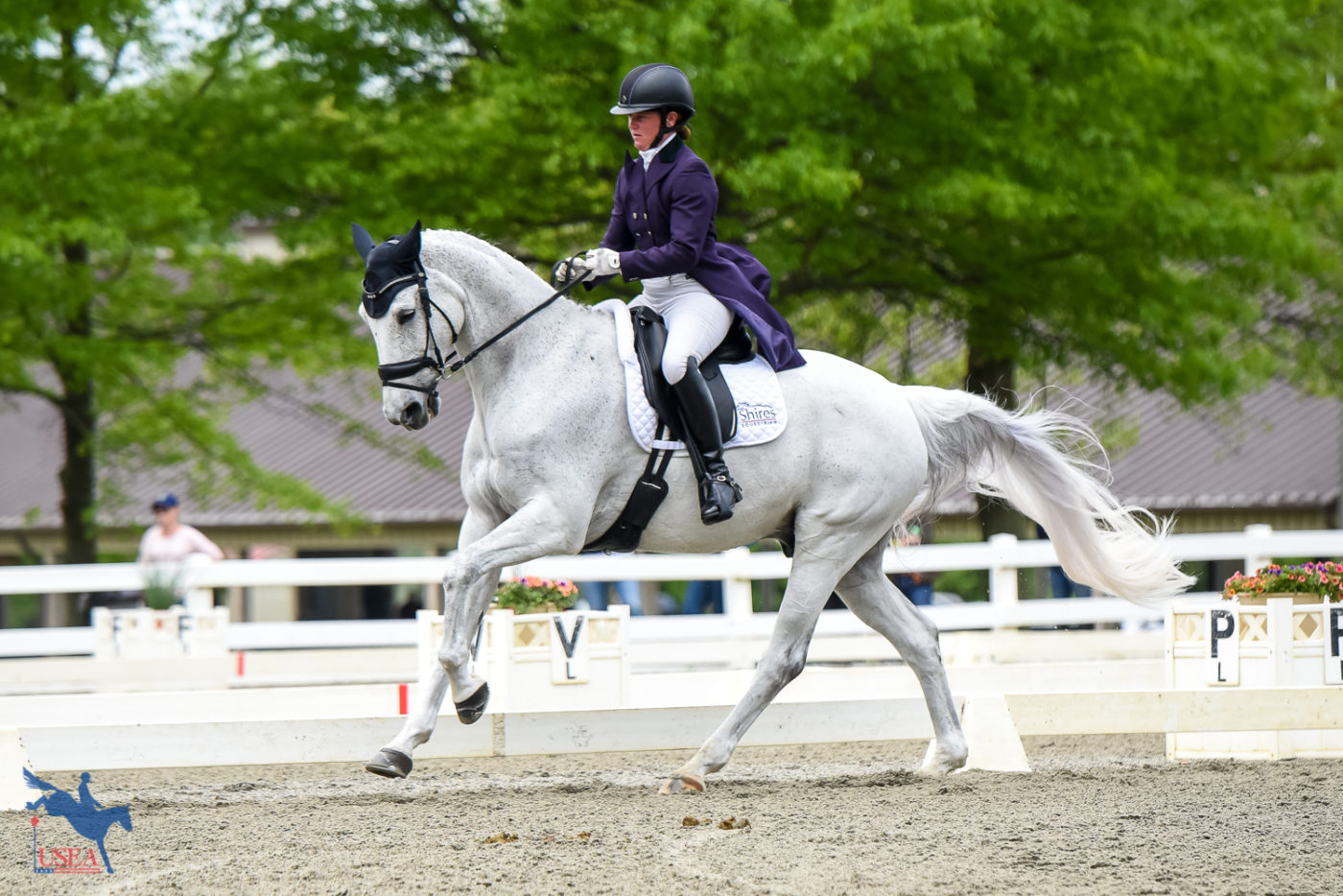 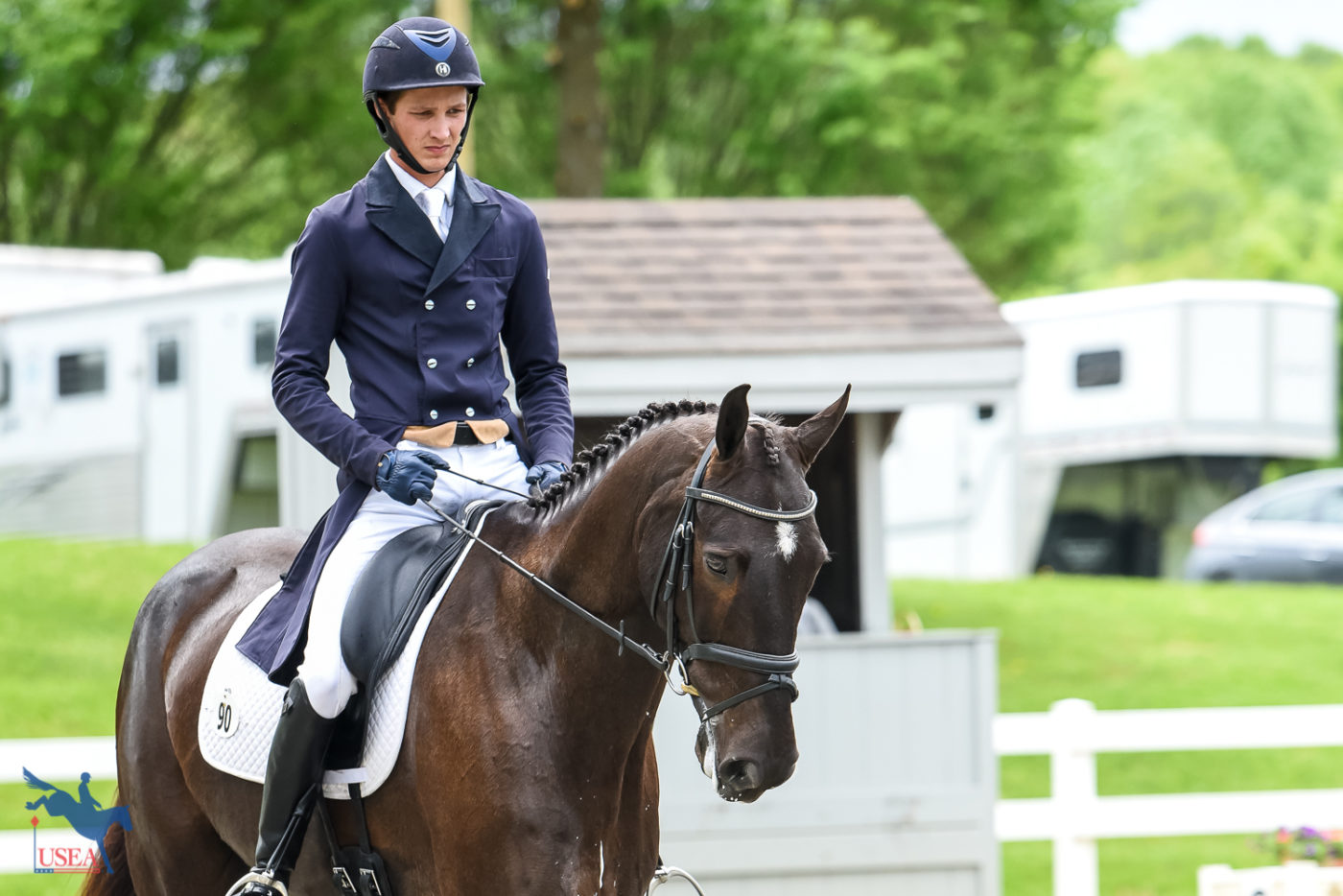 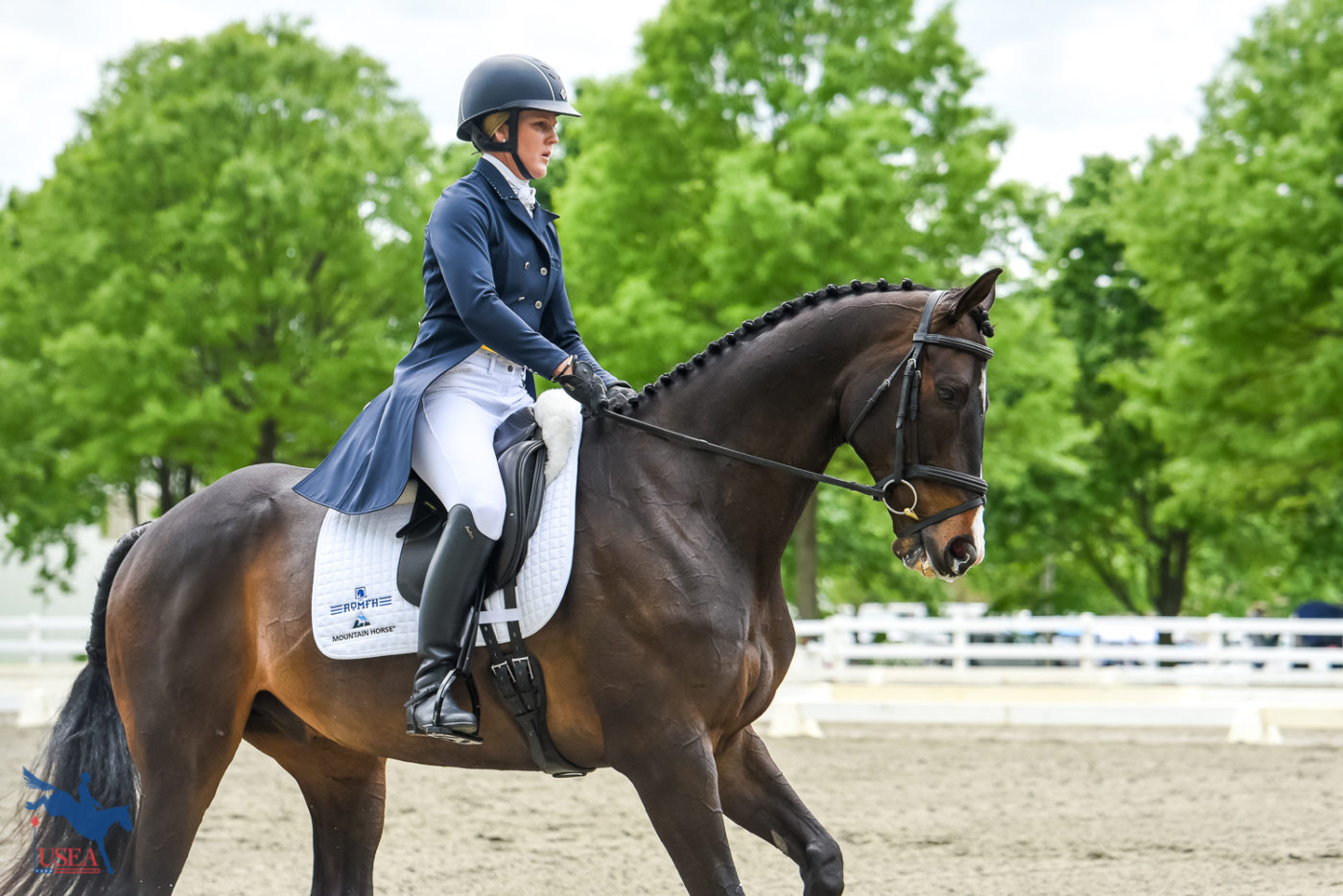 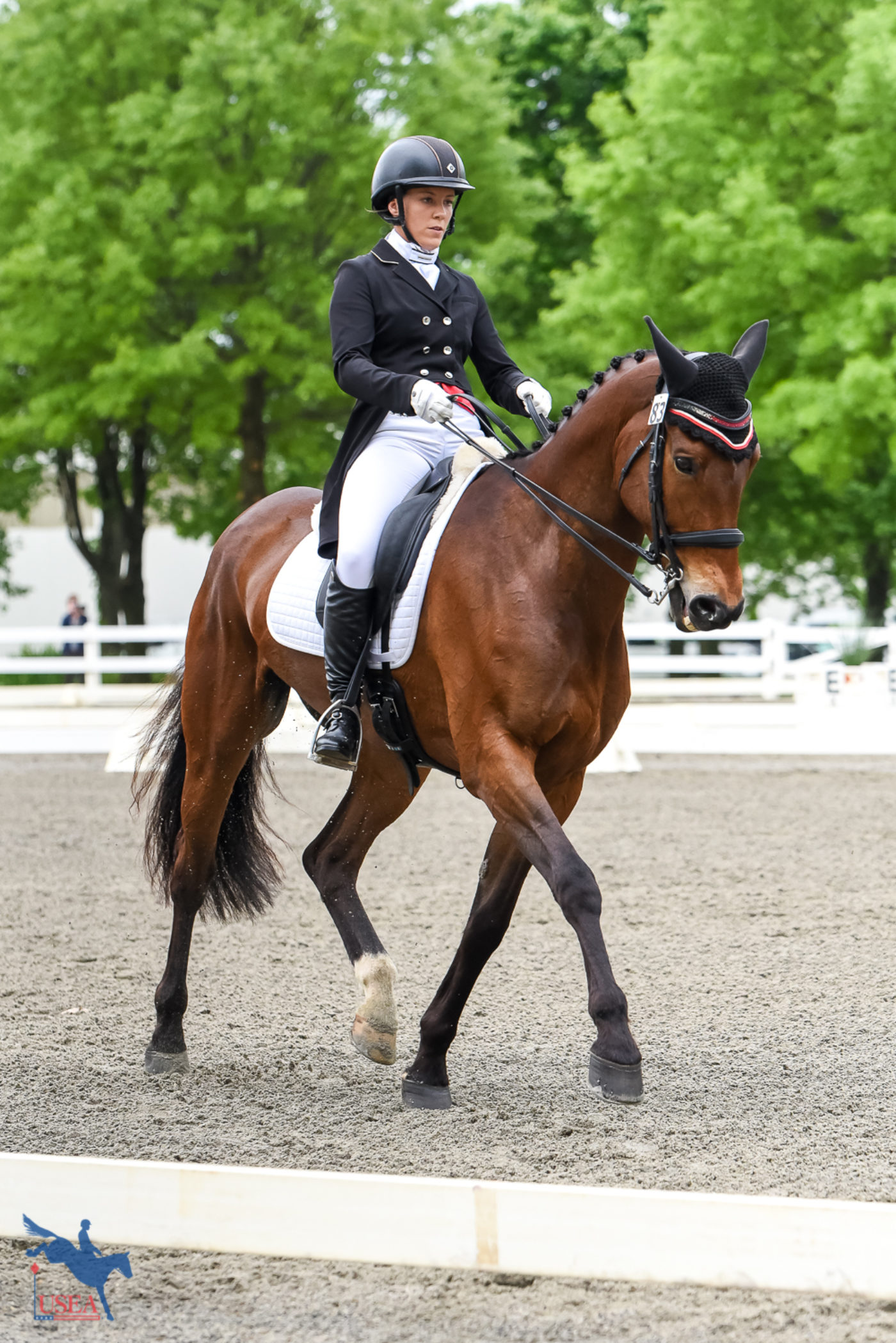 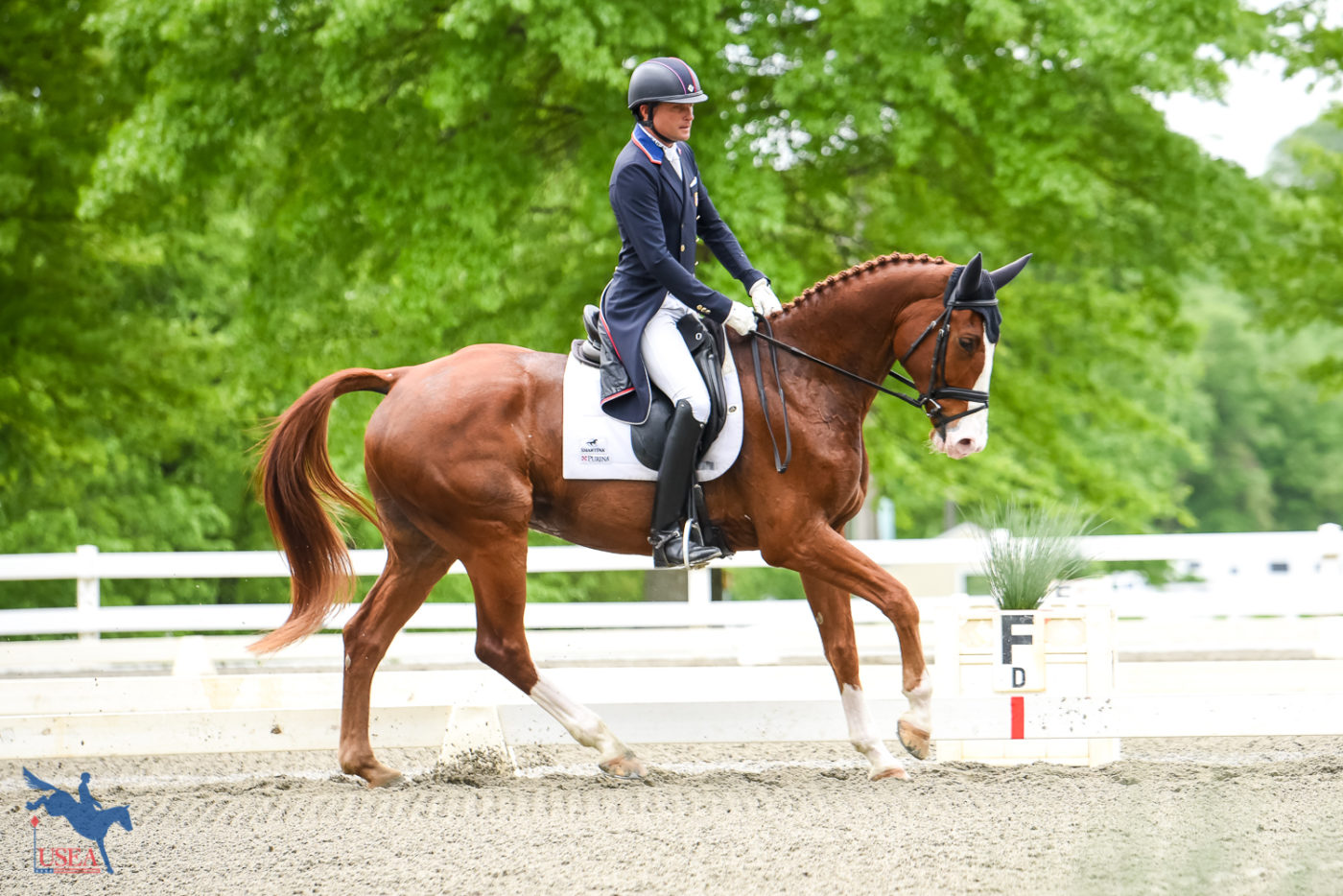 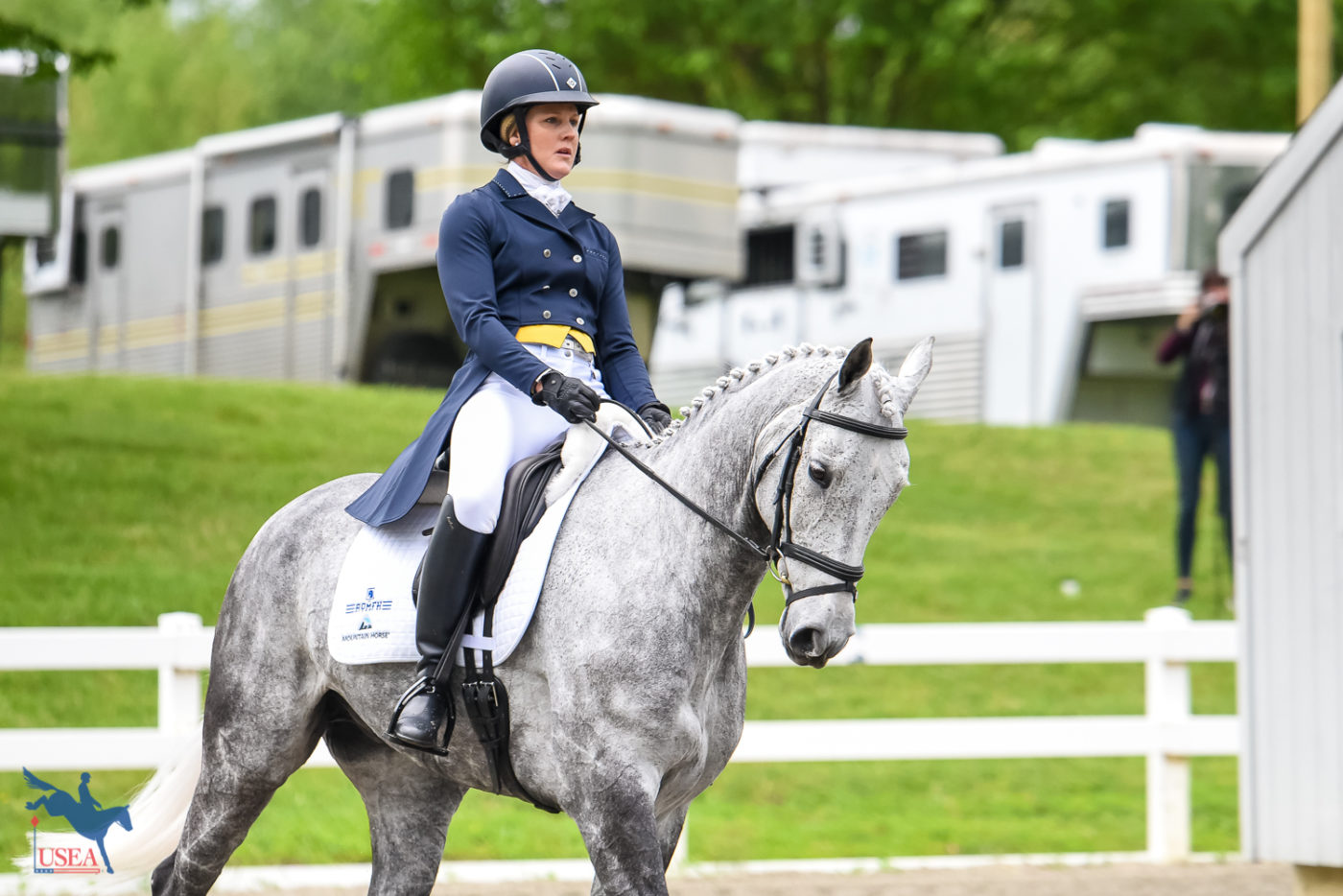 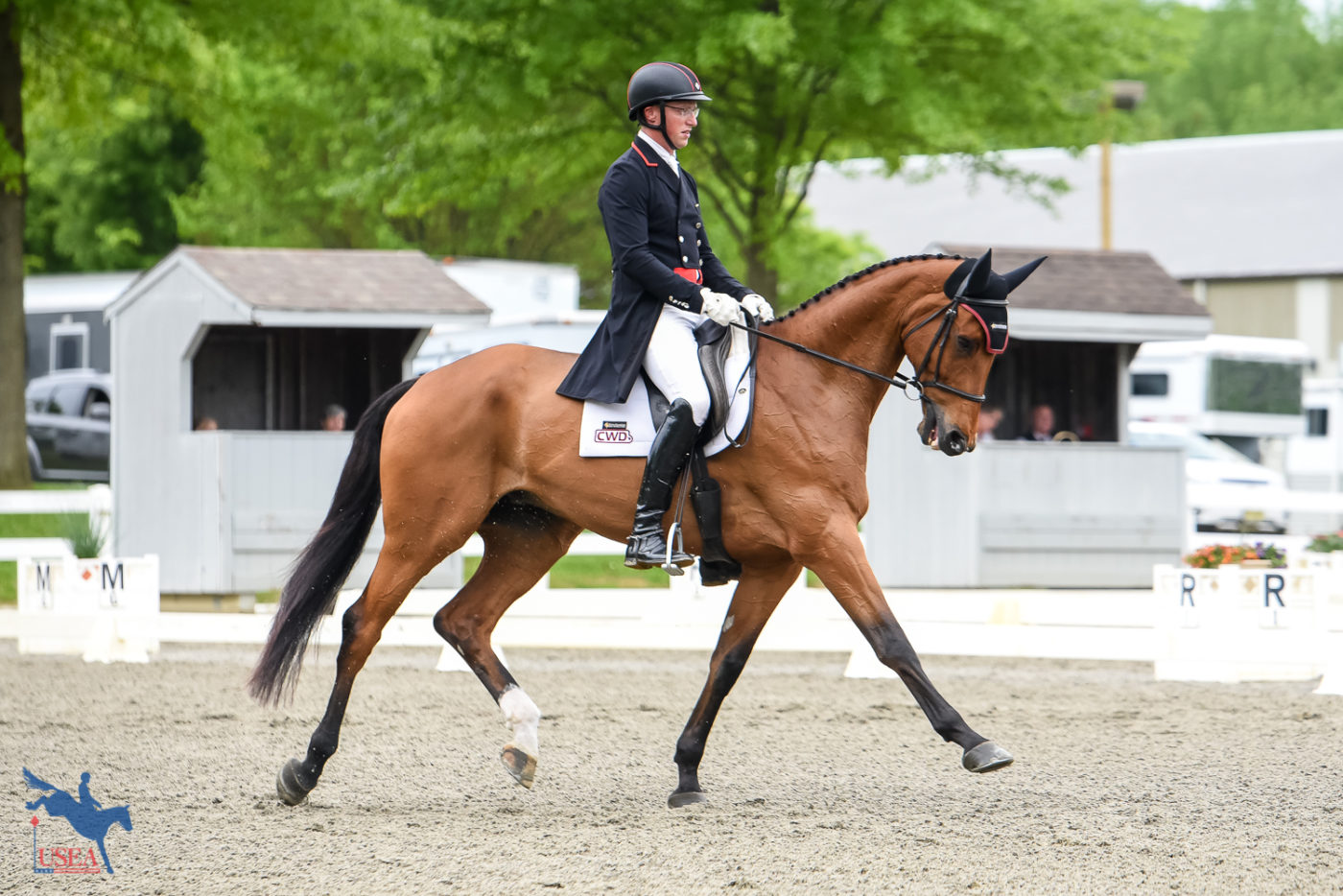 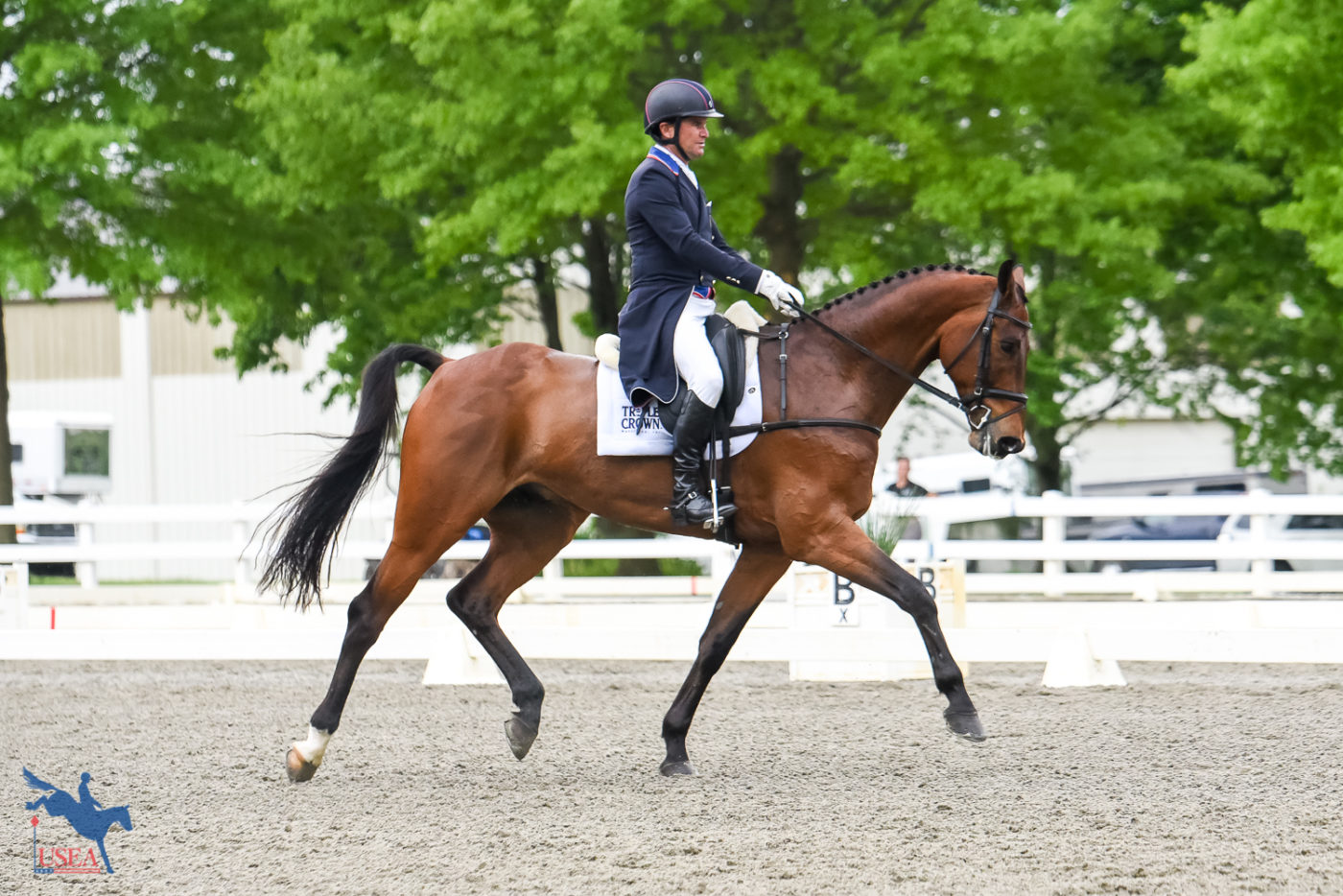 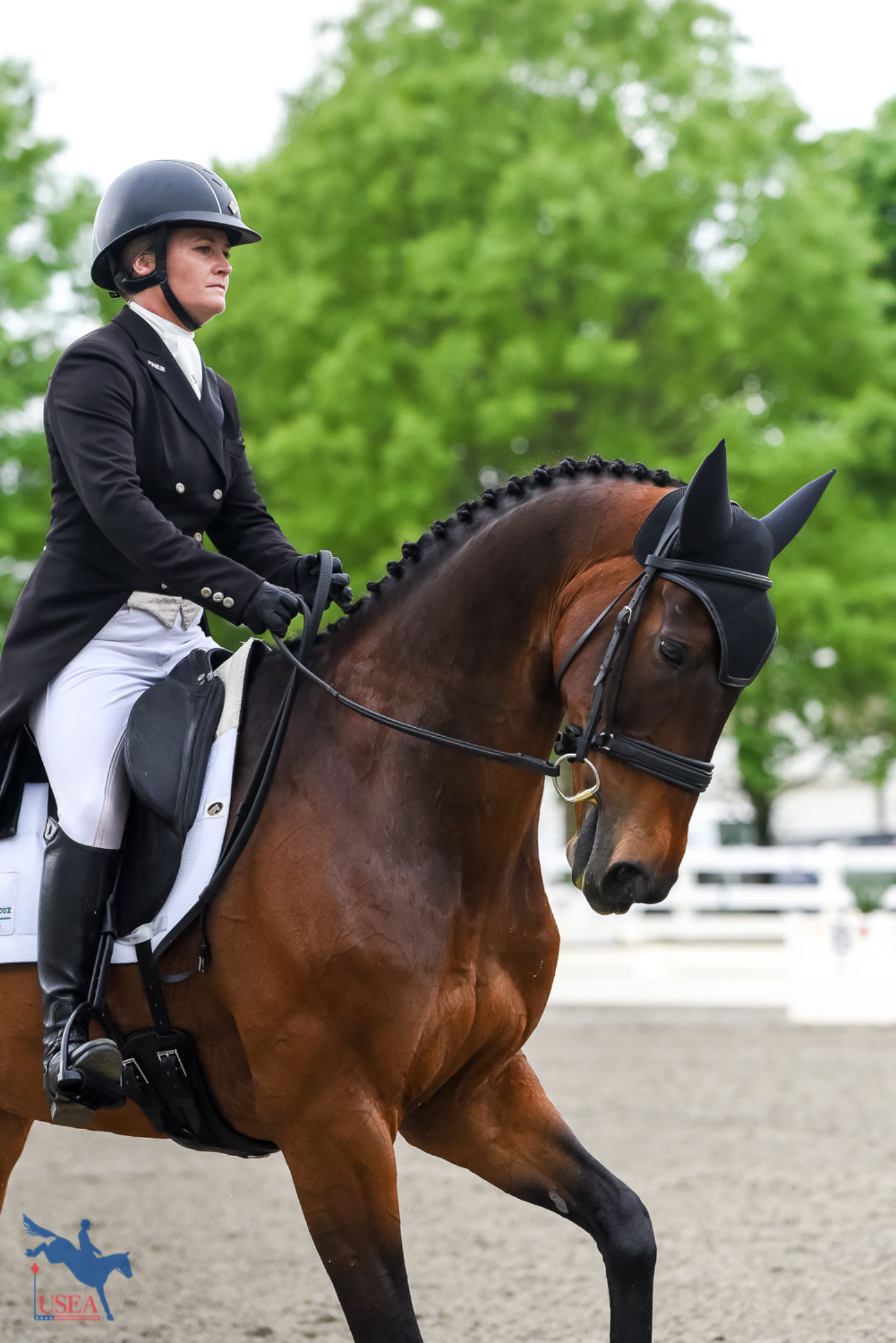